All it takes is an eye for it: everyday life offers plenty of material that can, with a little effort, produce comic results. For example, a high school dean might criticize a student’s crazy haircut. But what if that hair style is due to his bizarrely shaped head? This is Dick Ng‘s creative philosophy: to draw comics from life, but to make them more outlandish, more absurd. “I usually incorporate aspects of everyday life into my comics, and add in some dry, offbeat humor,” he says. 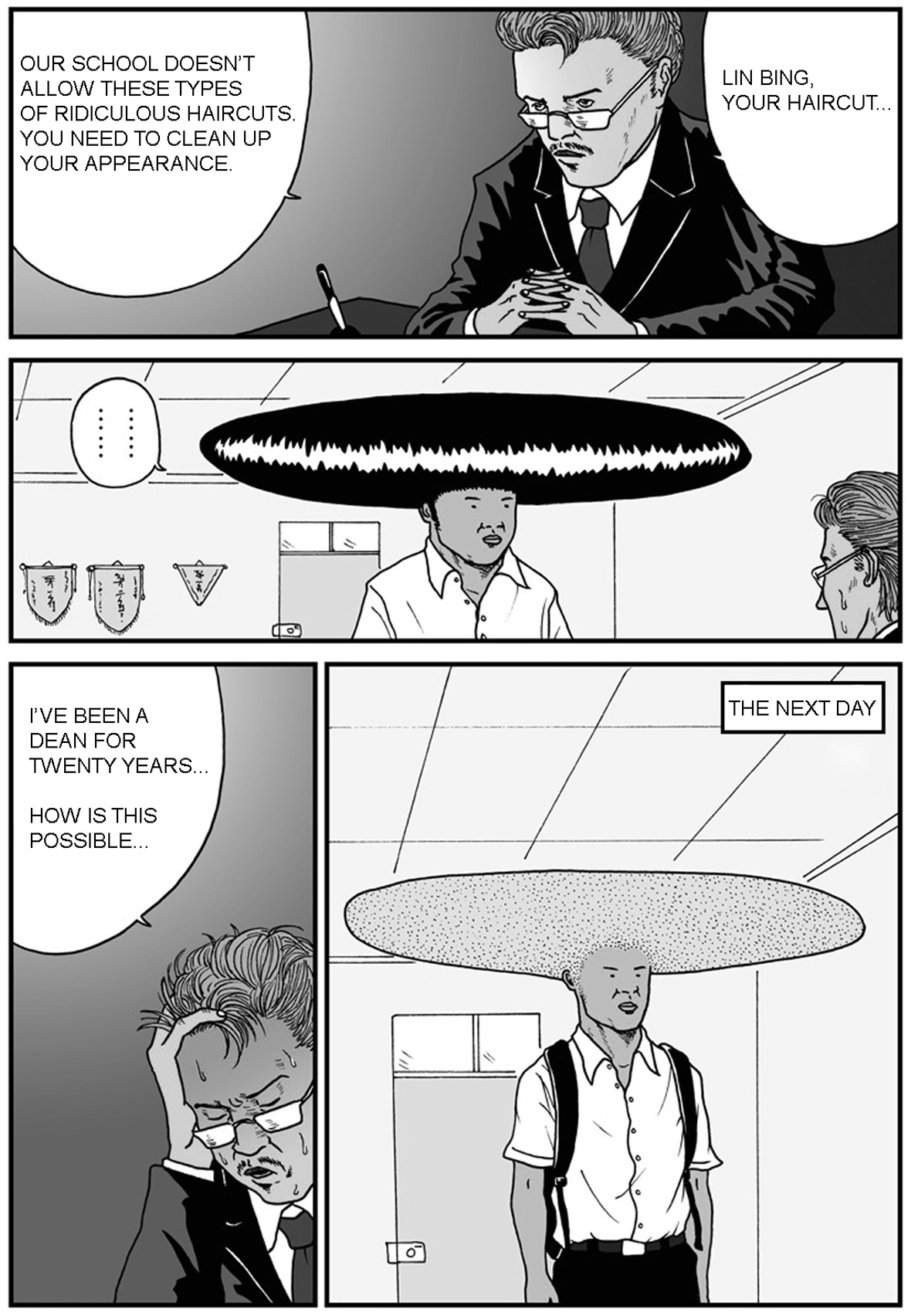 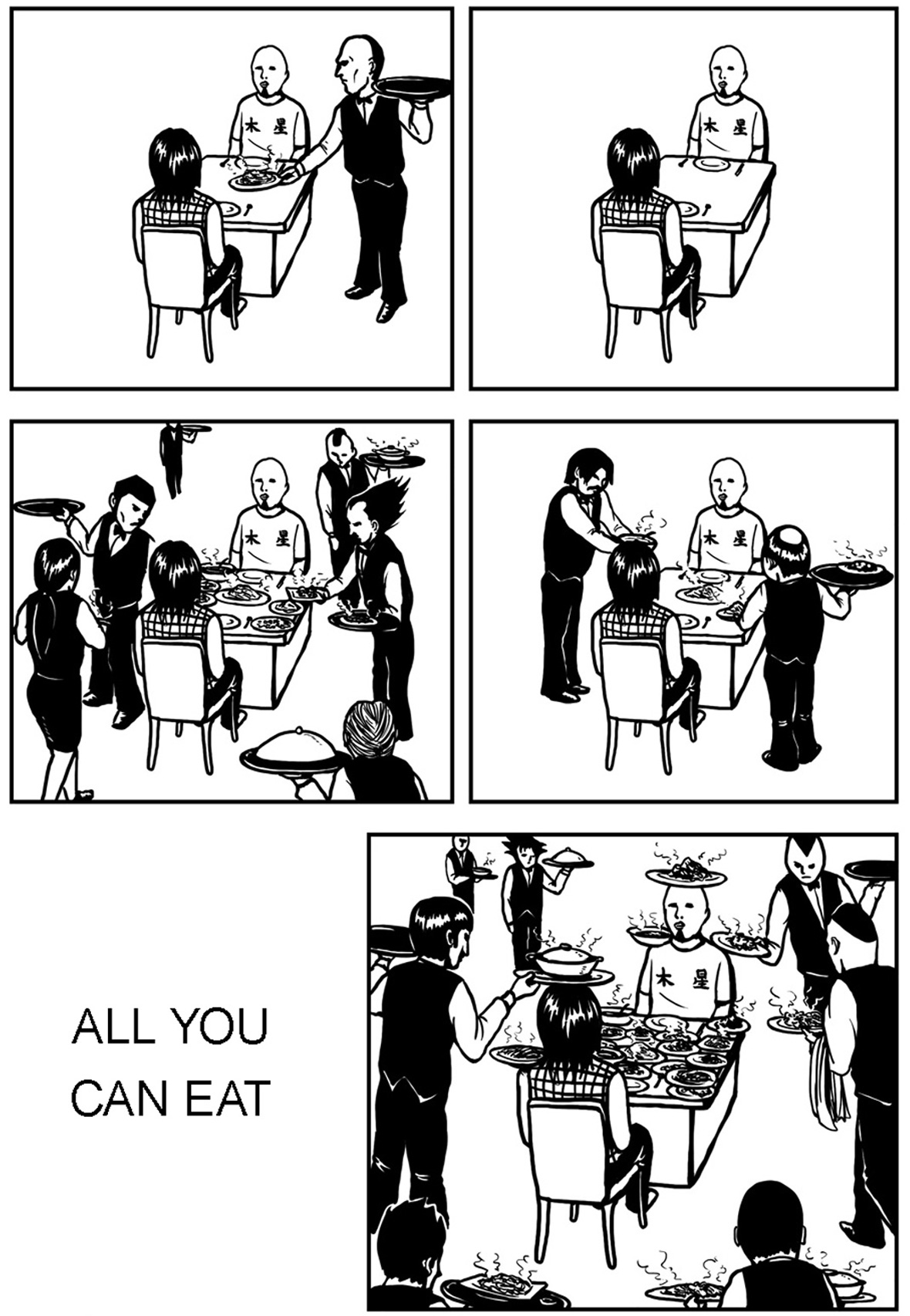 All You Can Eat 吃到饱 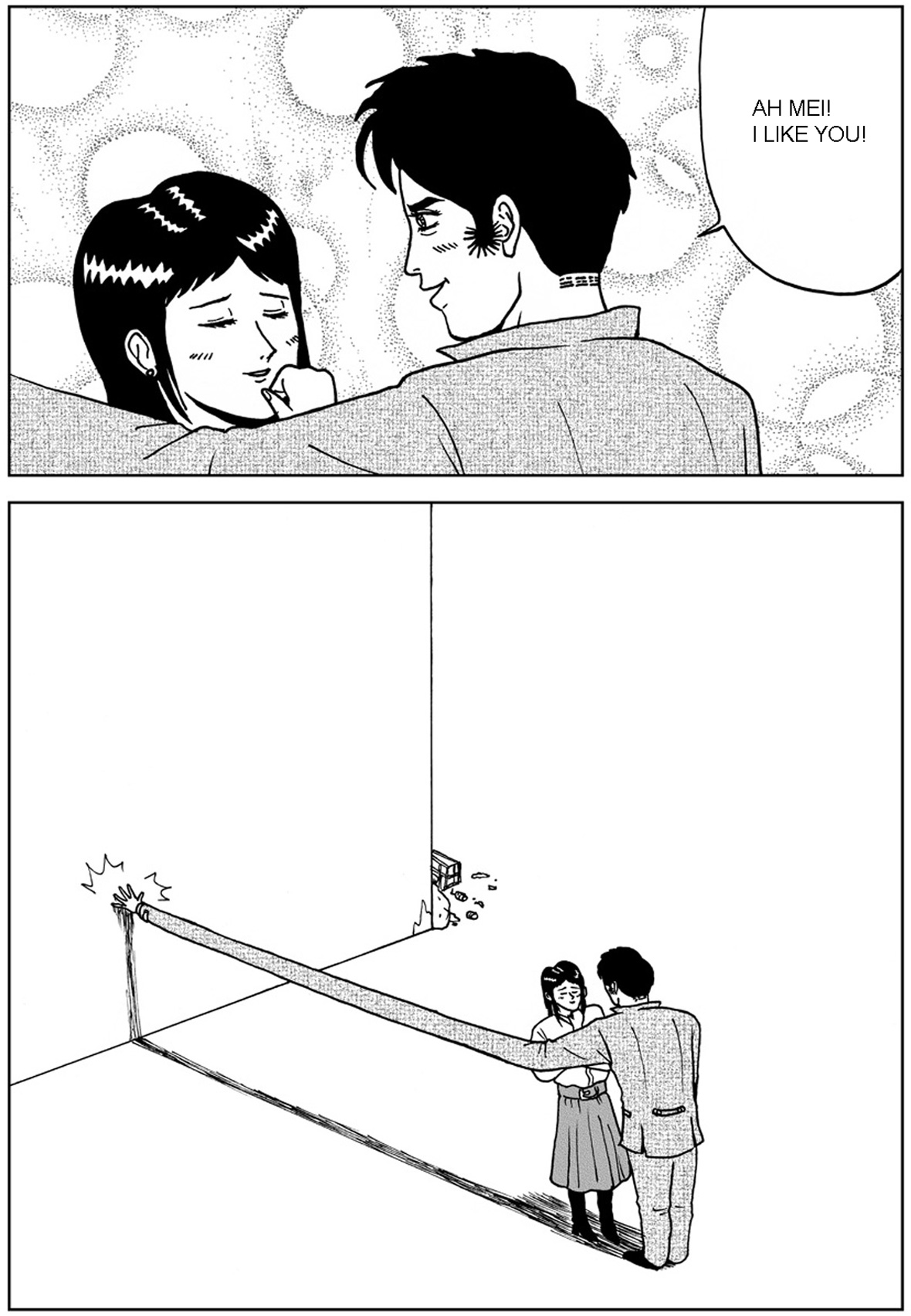 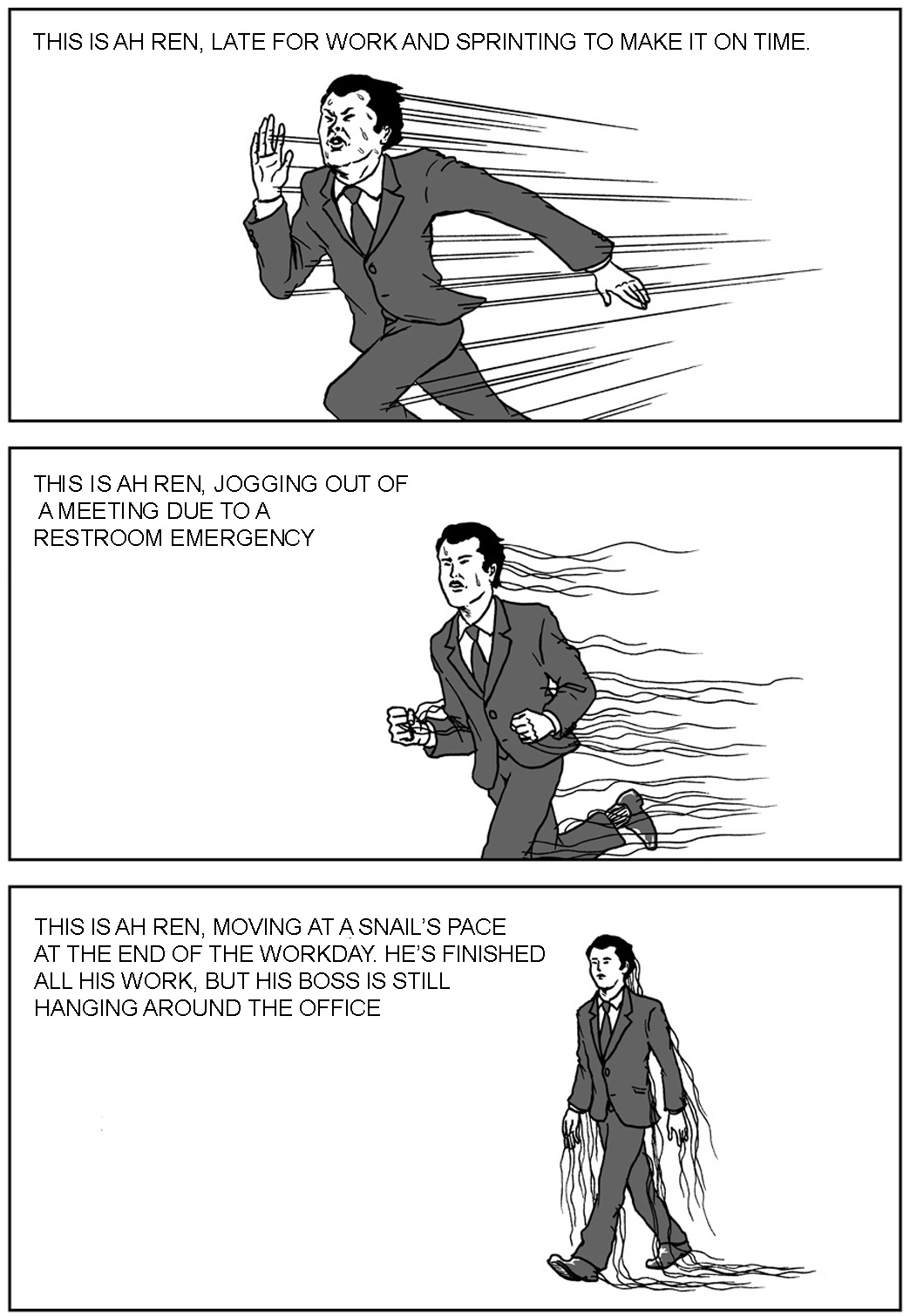 A Day in the Life of Ah Ren 阿仁的一天

Ng, who hails from Shenzhen, prefers to use his Cantonese last name. (The Mandarin pronunciation would be “Wu.”) He’s loved fantasy comics since he was a kid, and up through college he continued exploring them. “One of my classmates recommended the Japanese manga Fushigiryū, a four-frame comic by the artist Fushigi Sanjuro. Most of it was absurdist humor based on everyday life, and it had a big influence on me.”

Ng keeps an eye out for inspiration at work and during his commute. One of his earlier series of comics offered a humorous yet motivational take on office relationships. “My creative motivation is casual and spur-of-the-moment. Whenever I notice something funny in my life, or in conversations with others, I jot it down right away, and once I have time, I turn it into a drawing.” At first, because of his work schedule, Ng could only draw at night, but after he’d amassed a body of work, he gradually started to get noticed by renowned Chinese comic artists like Tango. That pushed him to quit his job and devoted himself to drawing comics full-time. 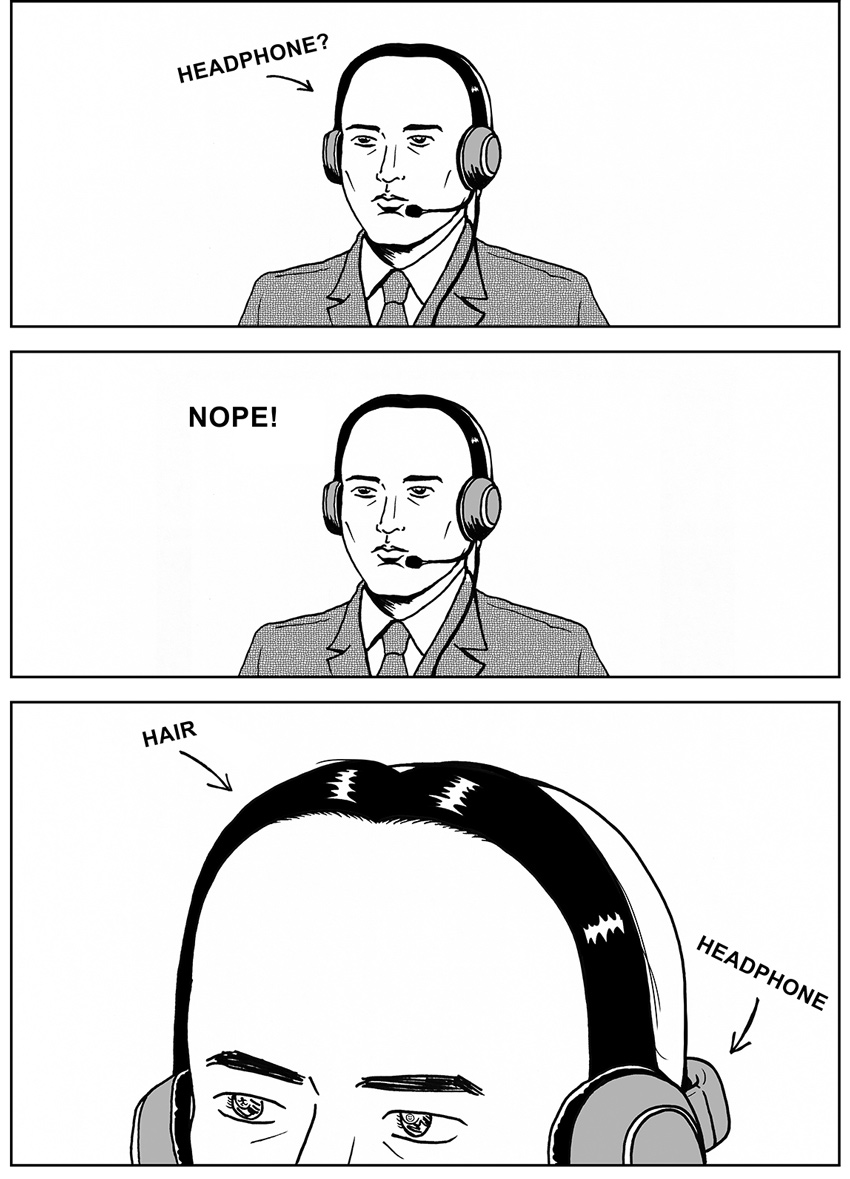 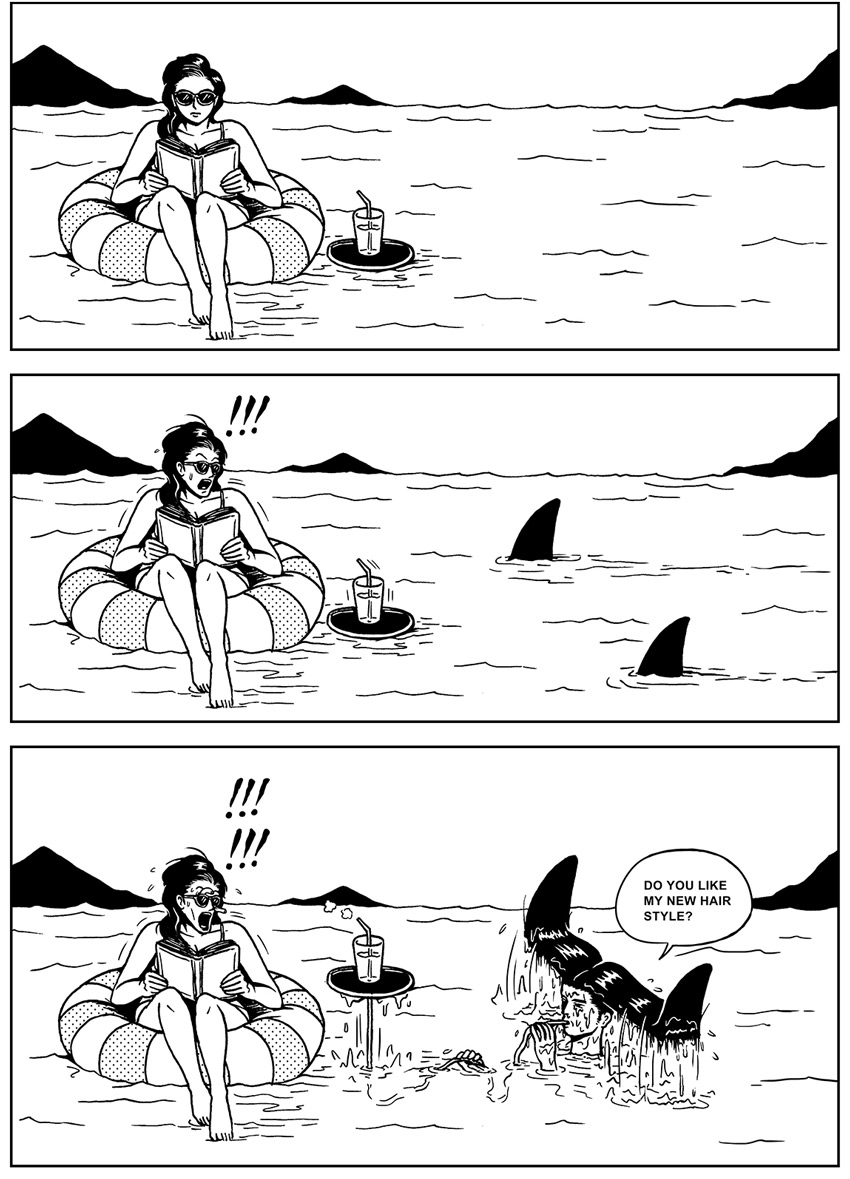 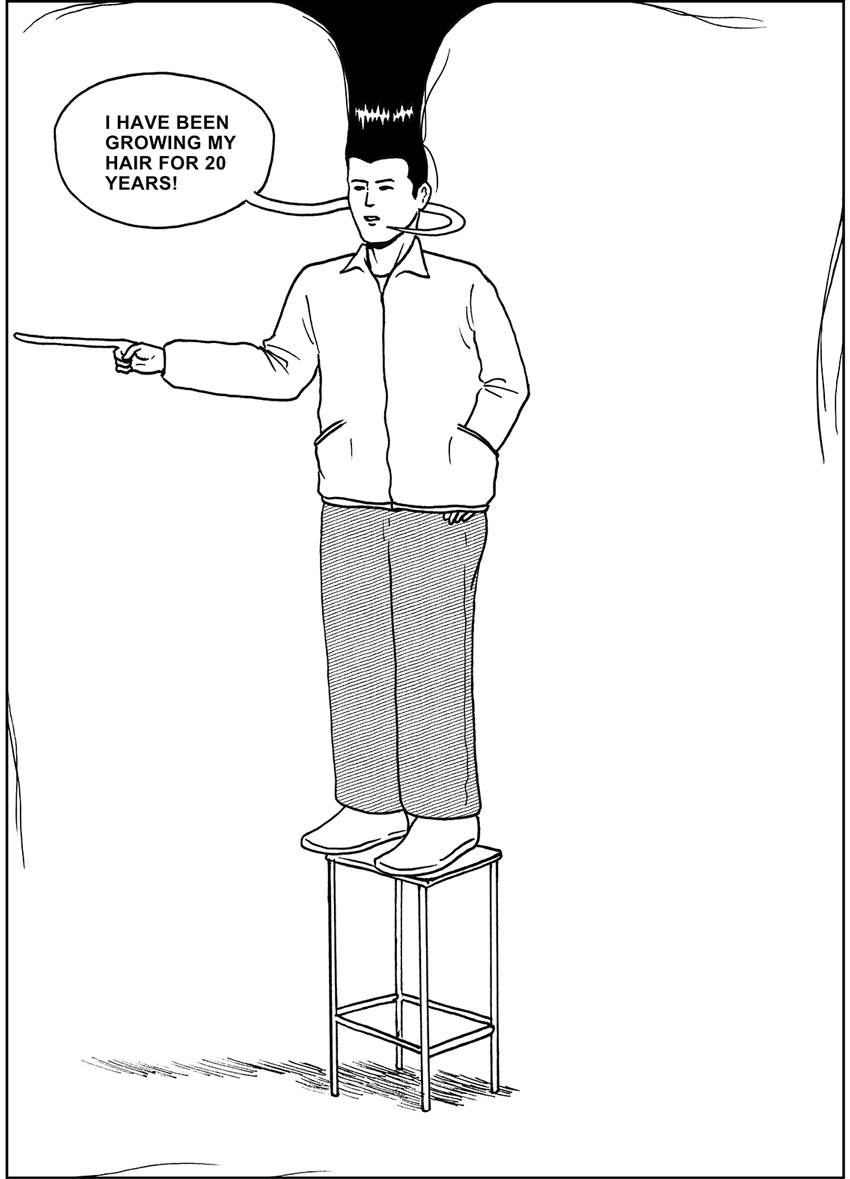 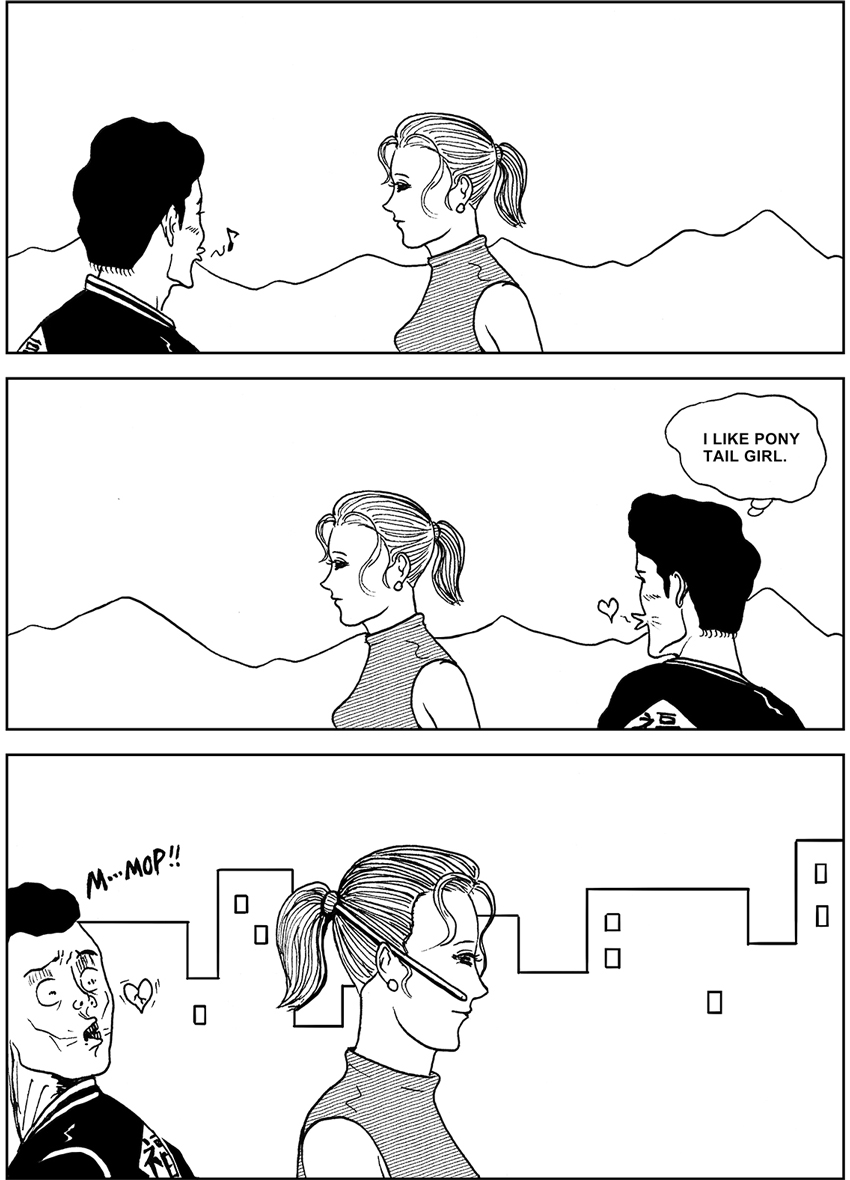 Sequential graphic art like comics is limited to two-dimensions, but within those constraints anything is possible. And while the frames seem inflexible, they create a space where Ng can find his own path. Readers shouldn’t take his work too seriously, enjoying instead the clever reversals and absurd contrasts. “Usually I dig deeper and deeper in odd observation, adding surprise after surprise. The process is constantly challenging and enlarging my mind.”

You might think Ng would be an oddball in real life, but this isn’t the case. “He’s disappointingly normal,” says one friend. Ng laughs and agrees. “In general I’m an extremely ordinary person—not crazy like my comics.” 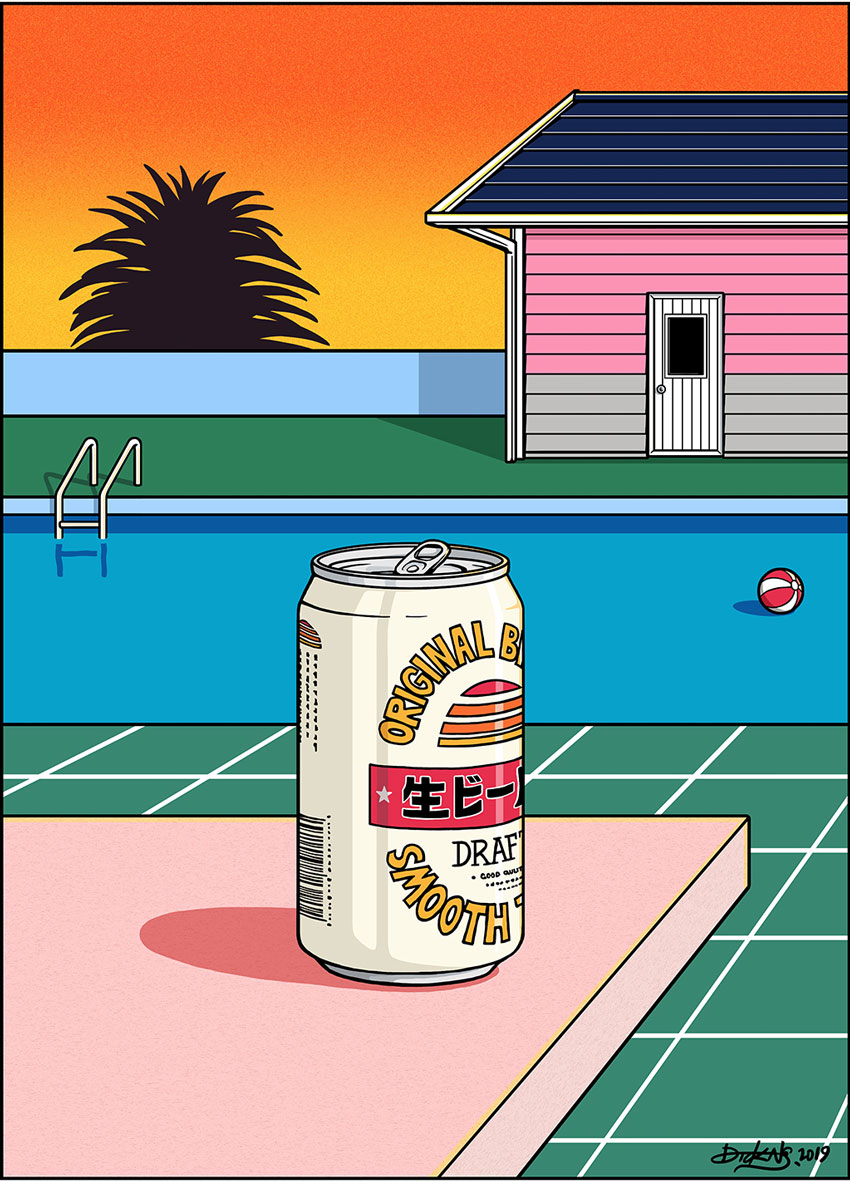 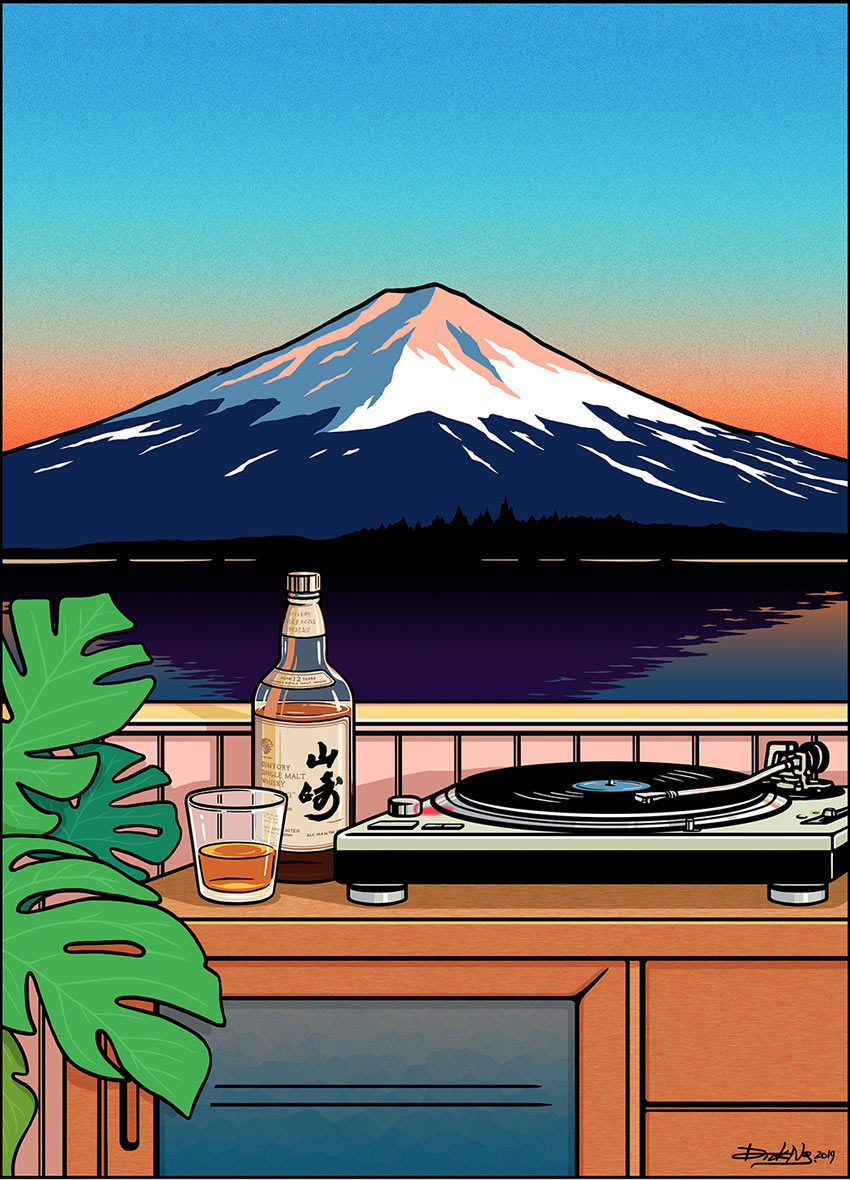 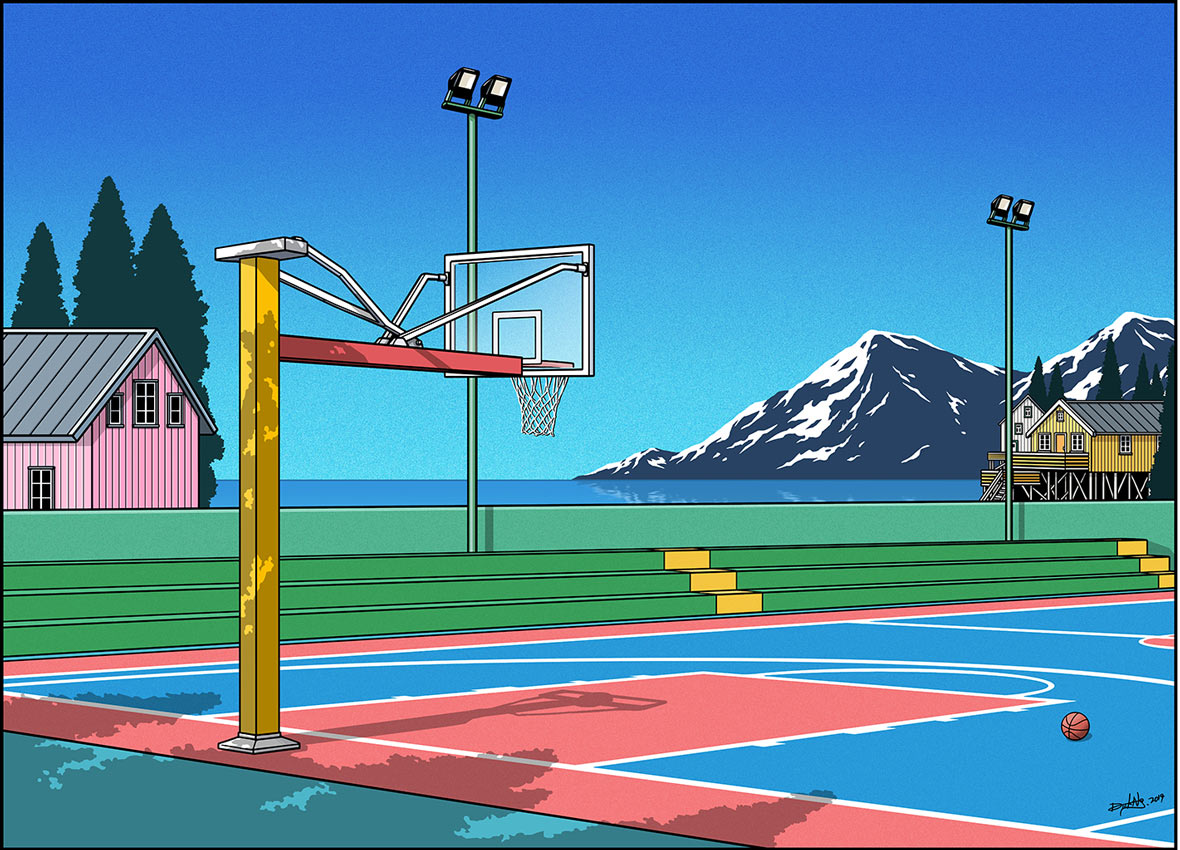 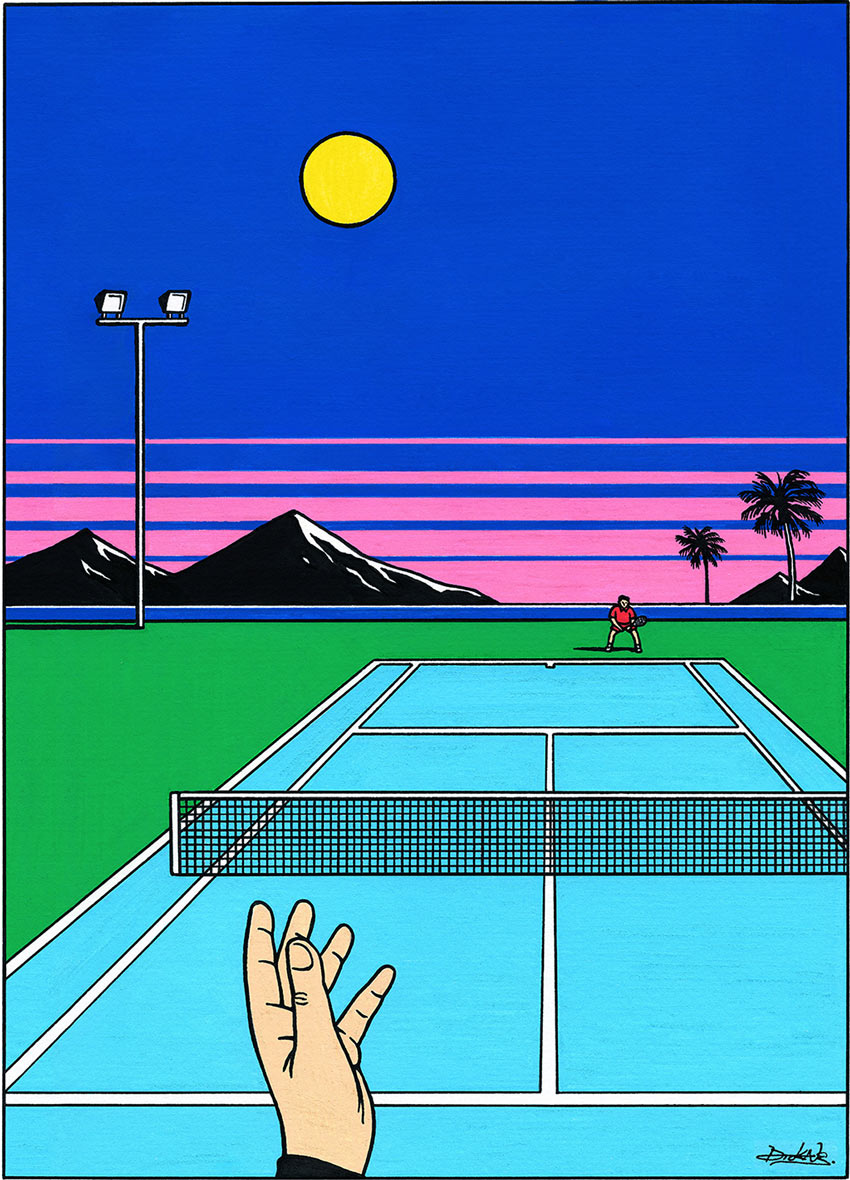 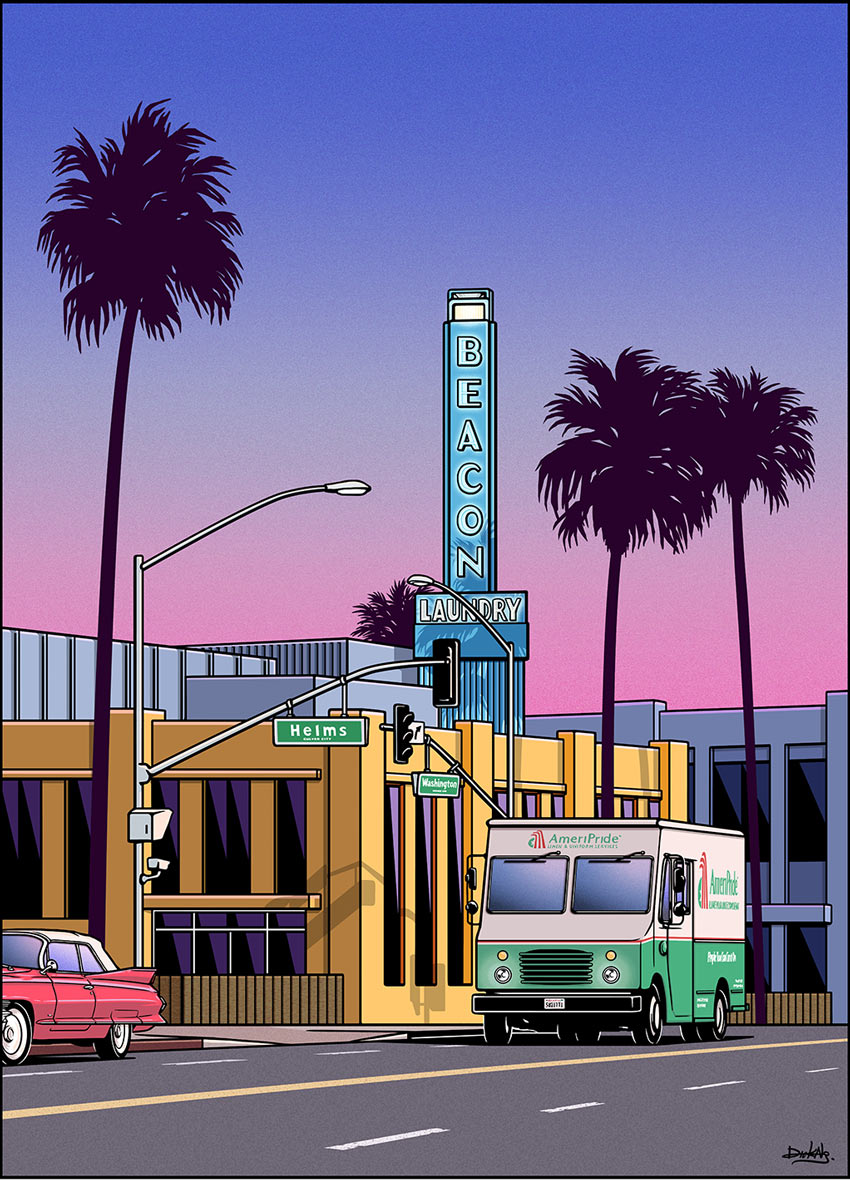 So far Ng has published two books: Baoluo Wanxiang (“All-Inclusive”) and Qiquji 1 (“Collection of Oddities 1”). Outside of black-and-white comics, he’s tried his hand at illustration, blending lines and colors to create leisurely real-life scenes. “Illustration is another medium for expression. In addition to colors, illustration lets me add some other interesting details.”

Recently Ng was invited to attend the International Erlangen Comic Salon, and he took his experiences of Western cultural differences and published them in comic form. “A Day in the Life of Ah Ren is about how people in China work overtime and rarely leave the office before their boss, whereas in Germany most working people leave work on time. All You Can Eat is about how Chinese people show their hospitality by ordering a lot of dishes, whereas German people would probably order only as much as you want to eat.” People in each country see their own customs as entirely normal, but taken out of context, they can look ridiculous. This kind of thinking is very common in Ng’s work. 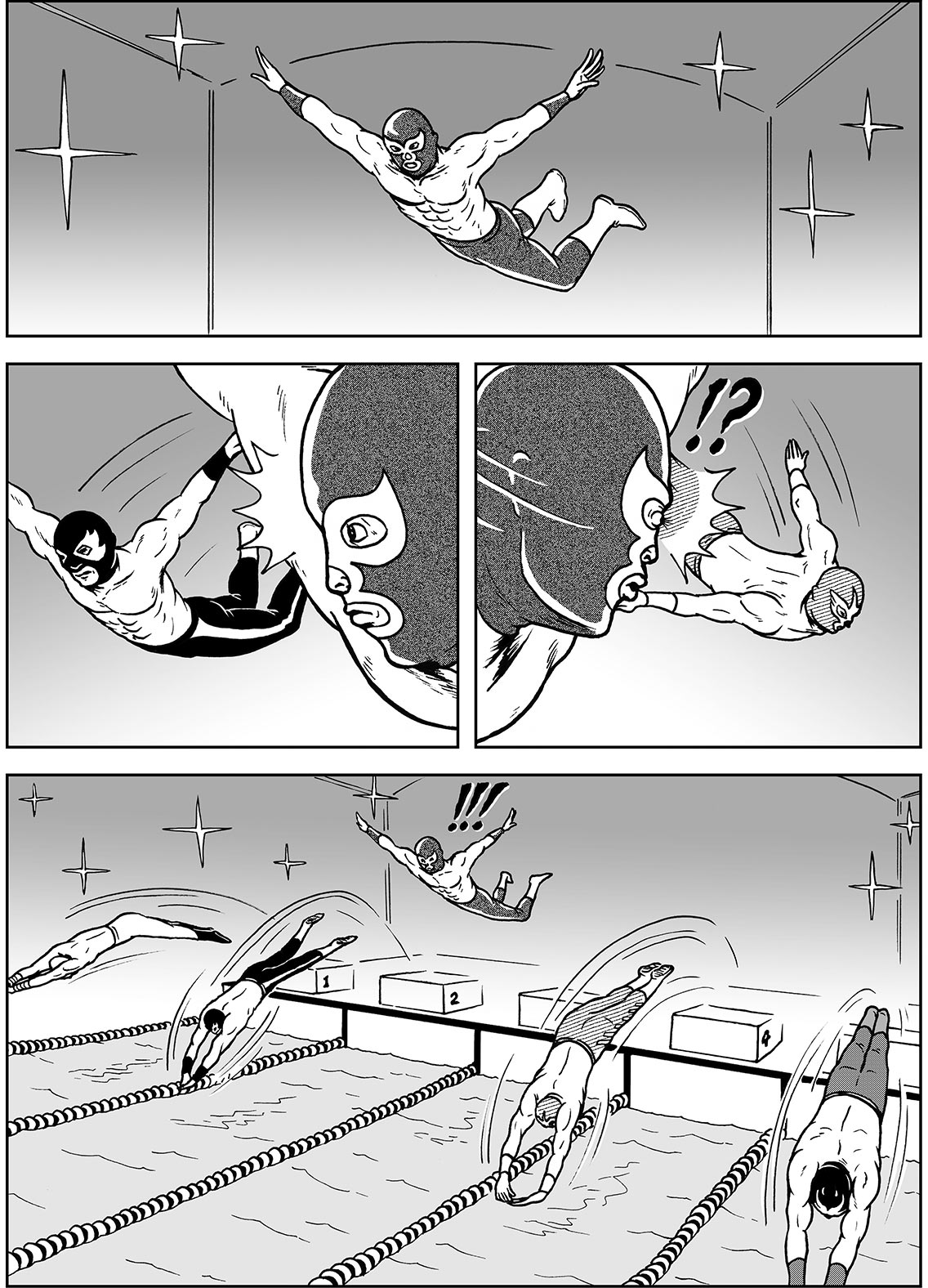 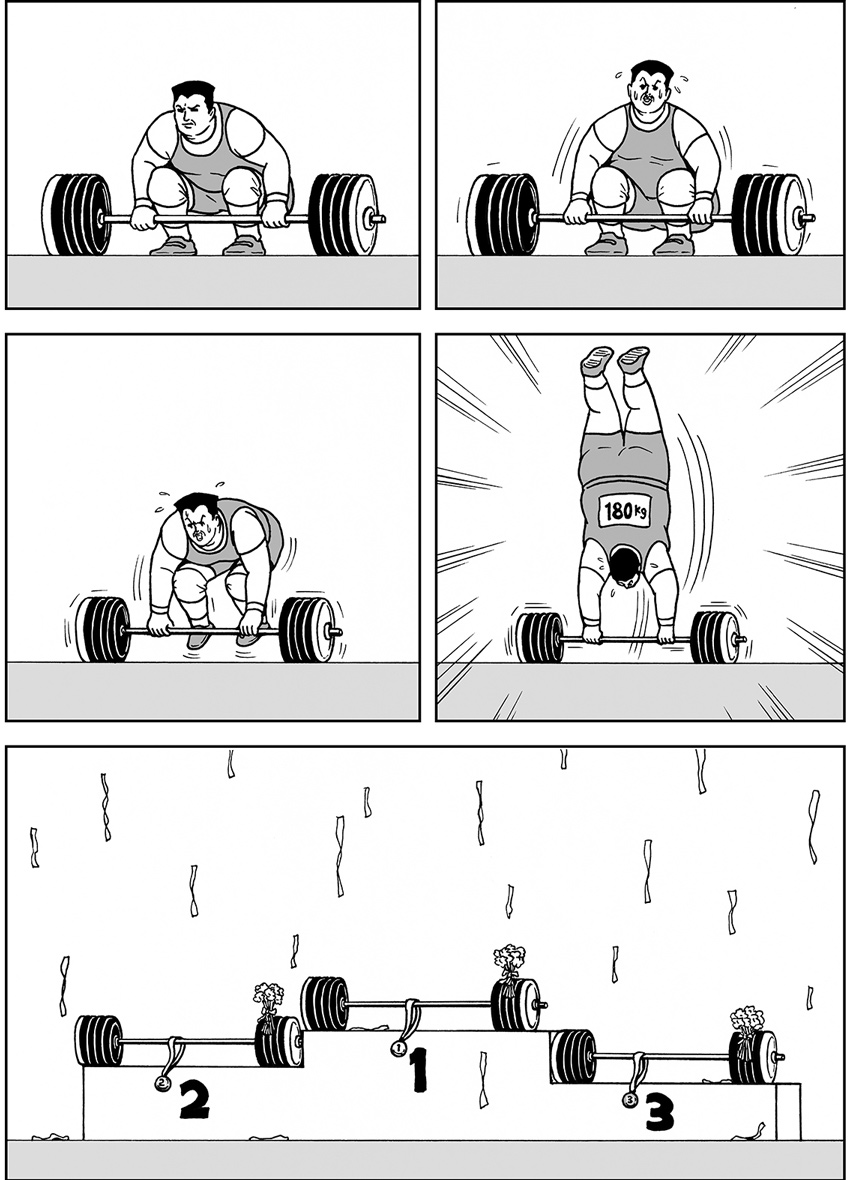 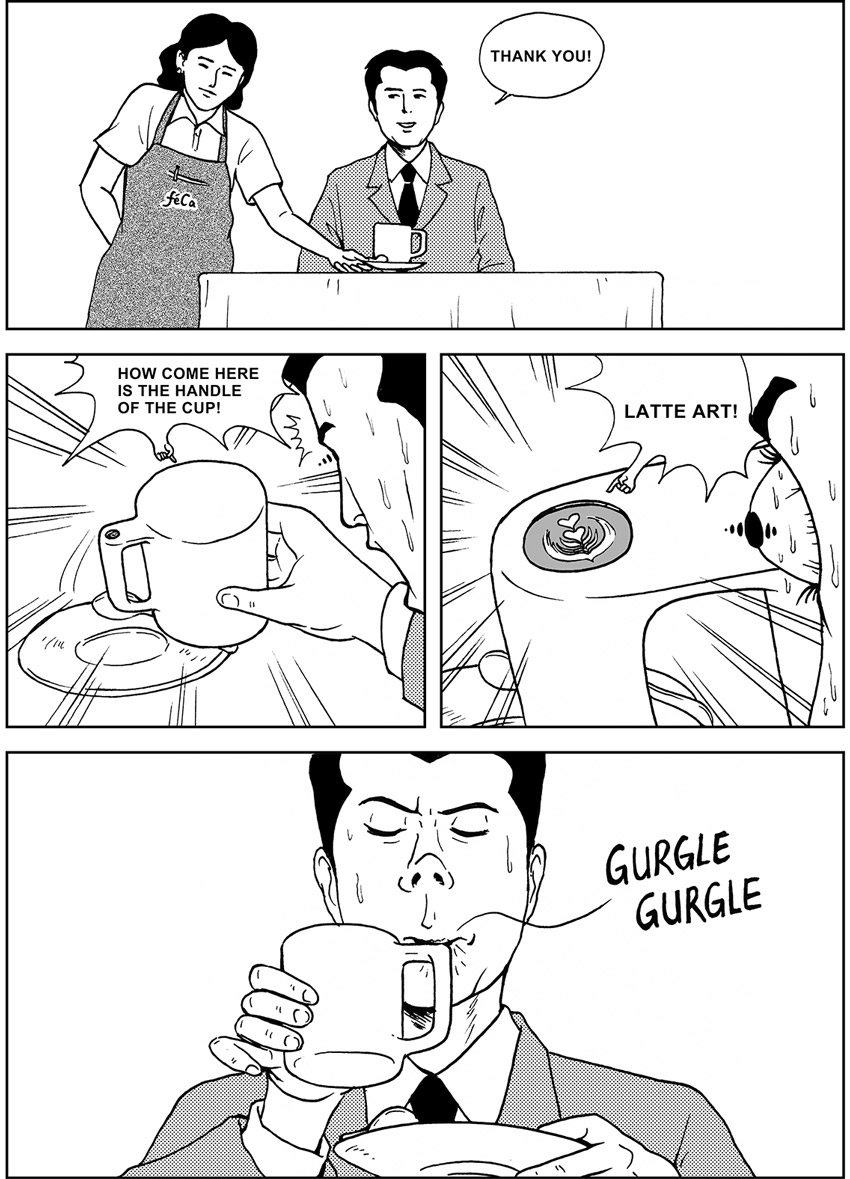 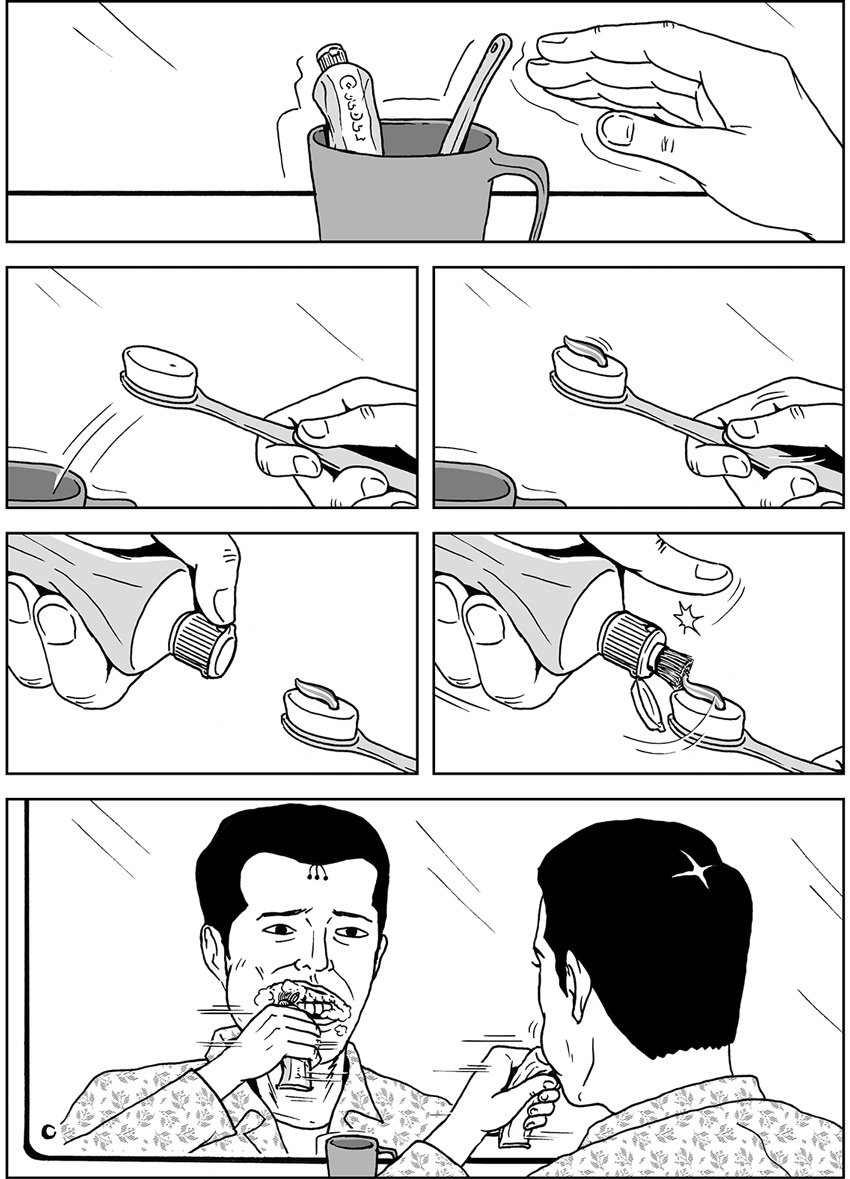 Ng’s comics don’t set out to express any clear-cut concepts, though they do pick up on aspects of life that you might not otherwise give much thought. They’re funny because they’re surprising, and surprisingly familiar. And that’s what makes them timeless: a little absurd humor always lightens up the daily routine. 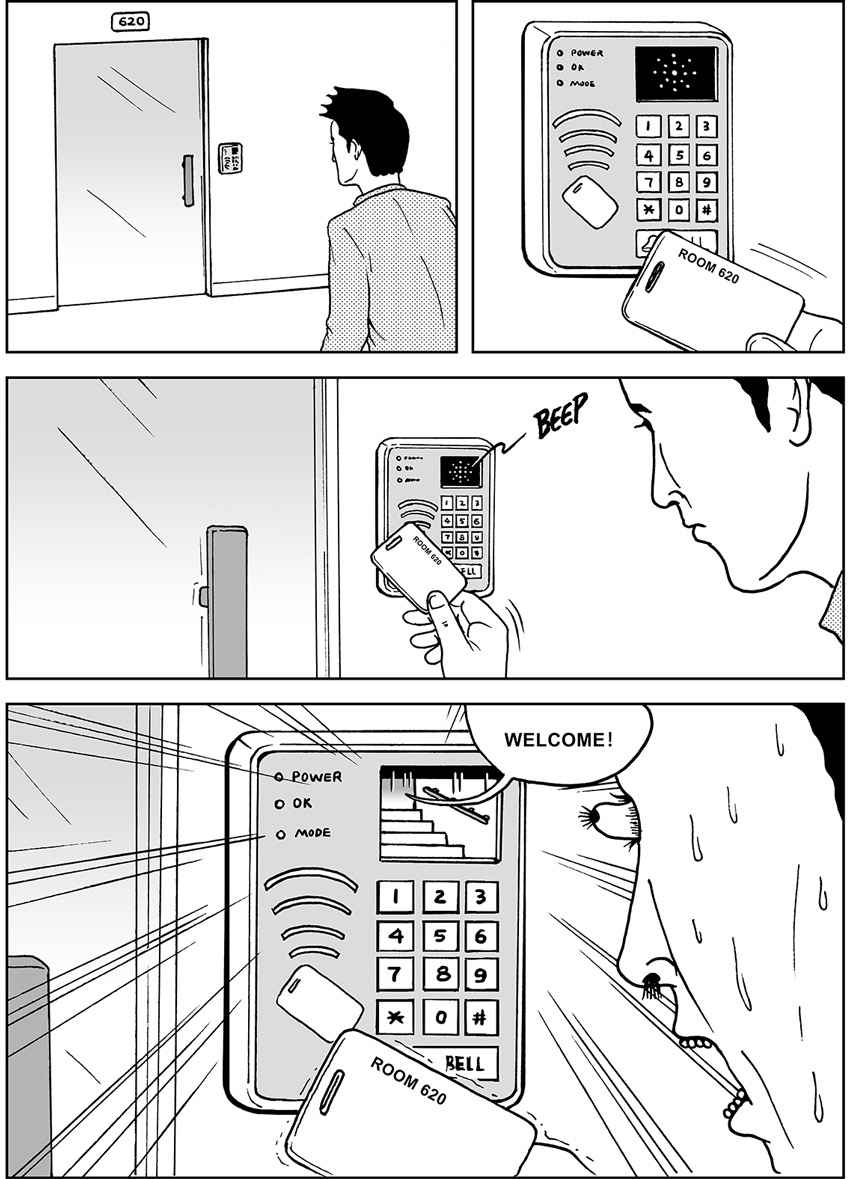 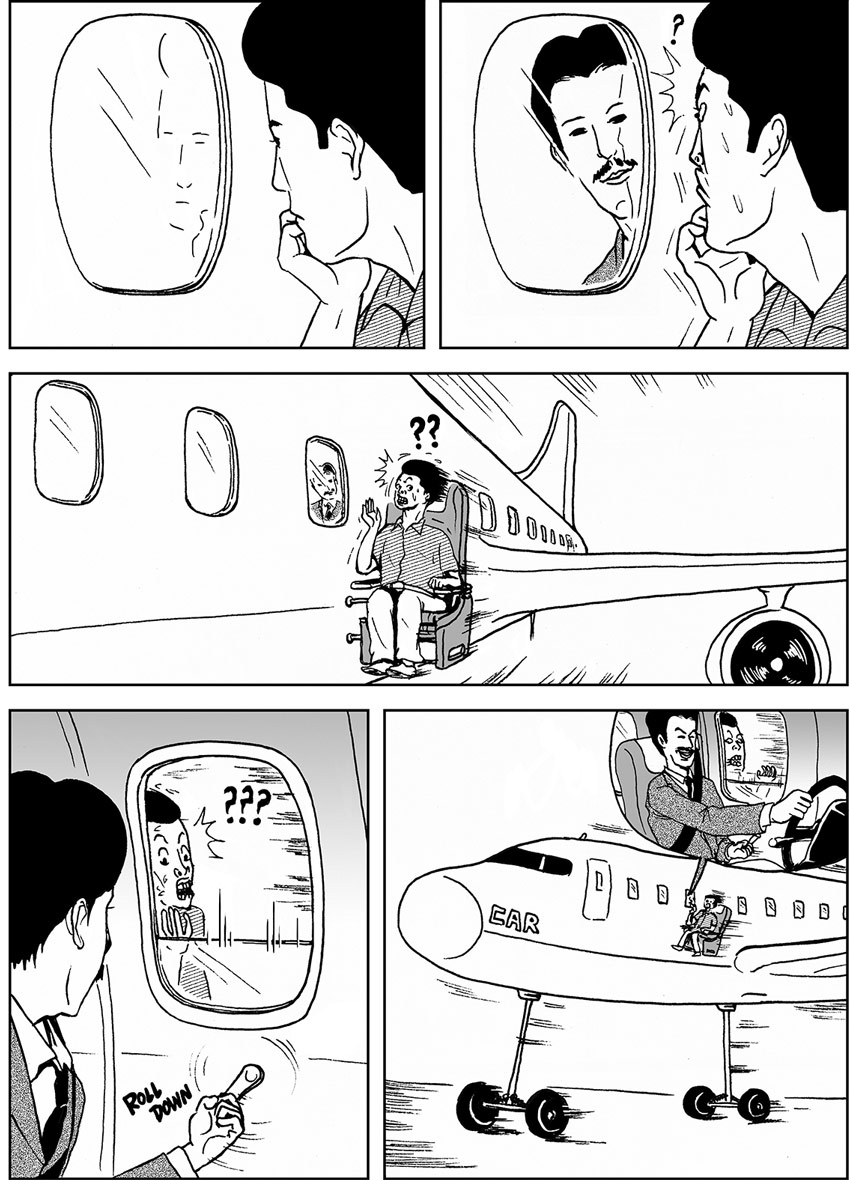