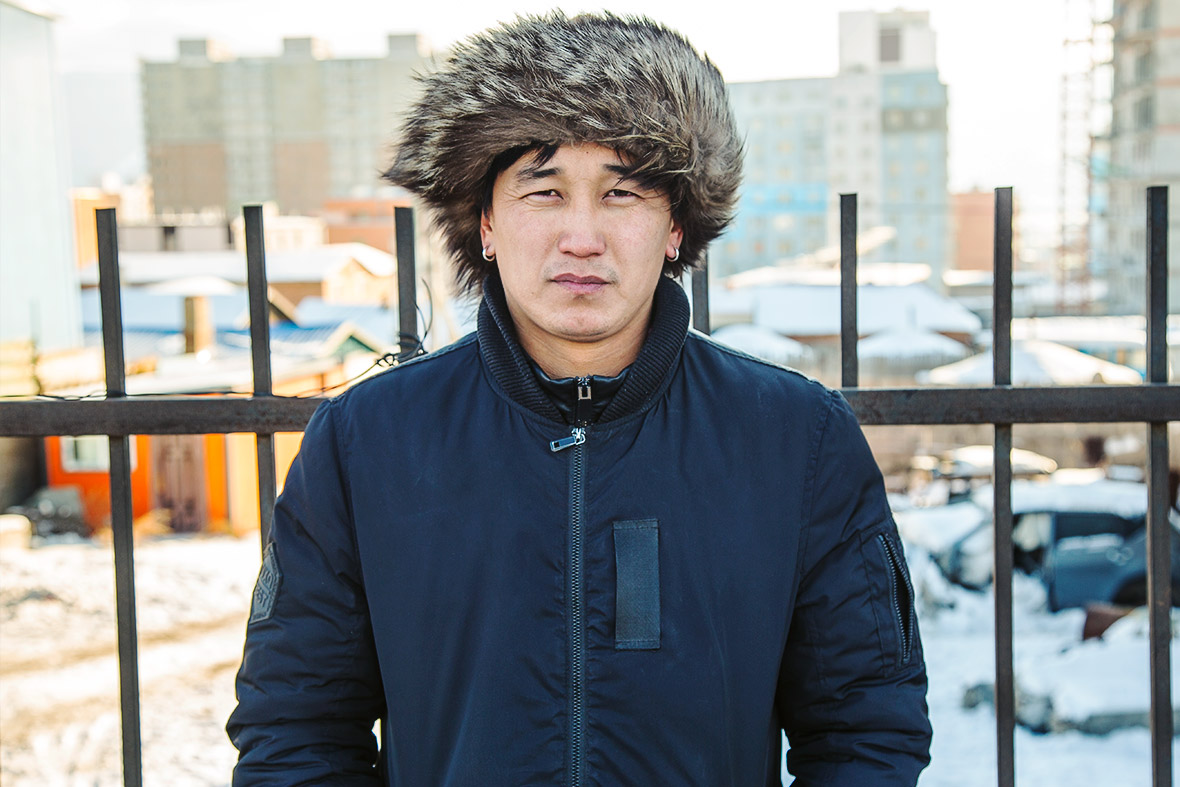 Lkhagvadorj Enkhbat is a contemporary Mongolian artist who is best known for his hyper-realistic portraits that depict seemingly unconscious men on the streets of Ulaanbaatar. The men depicted are homeless alcoholics who resort to rummaging and salvaging garbage to survive. By displaying these men at the lowest point in their lives, his art is an uncomfortable confrontation with the rampant problems of alcoholism and poverty that have plagued Mongolia.

While he’s earned praise for his work outside of Mongolia, many people in the country don’t see any merit in his art, viewing his work as nothing more than unpleasant imagery. Despite the negative feedback, he isn’t deterred. Similar to Orkhontuul, a Mongolian artist we’ve featured in the past, Lkhagvadorj isn’t afraid to expose the ugly truths of society. 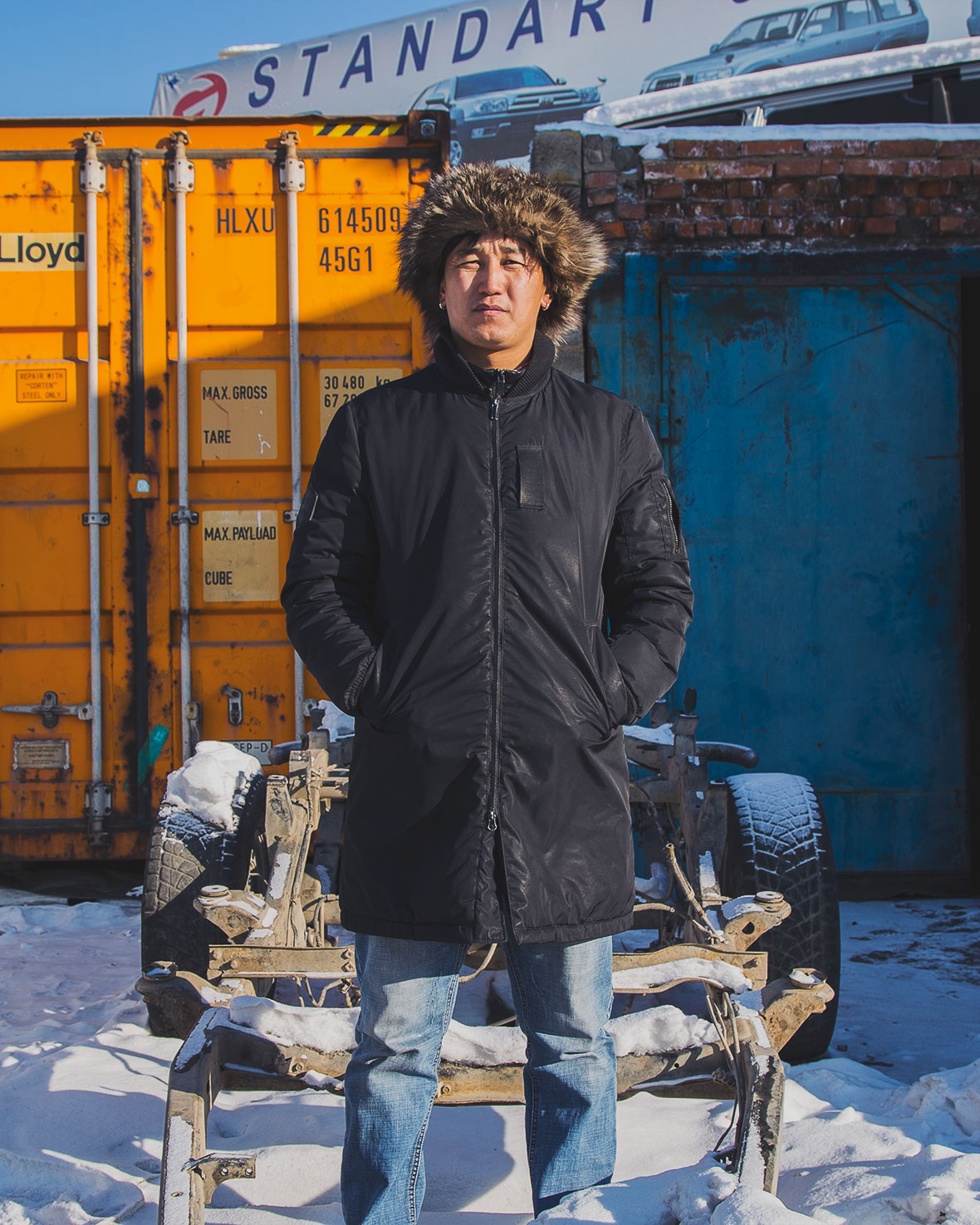 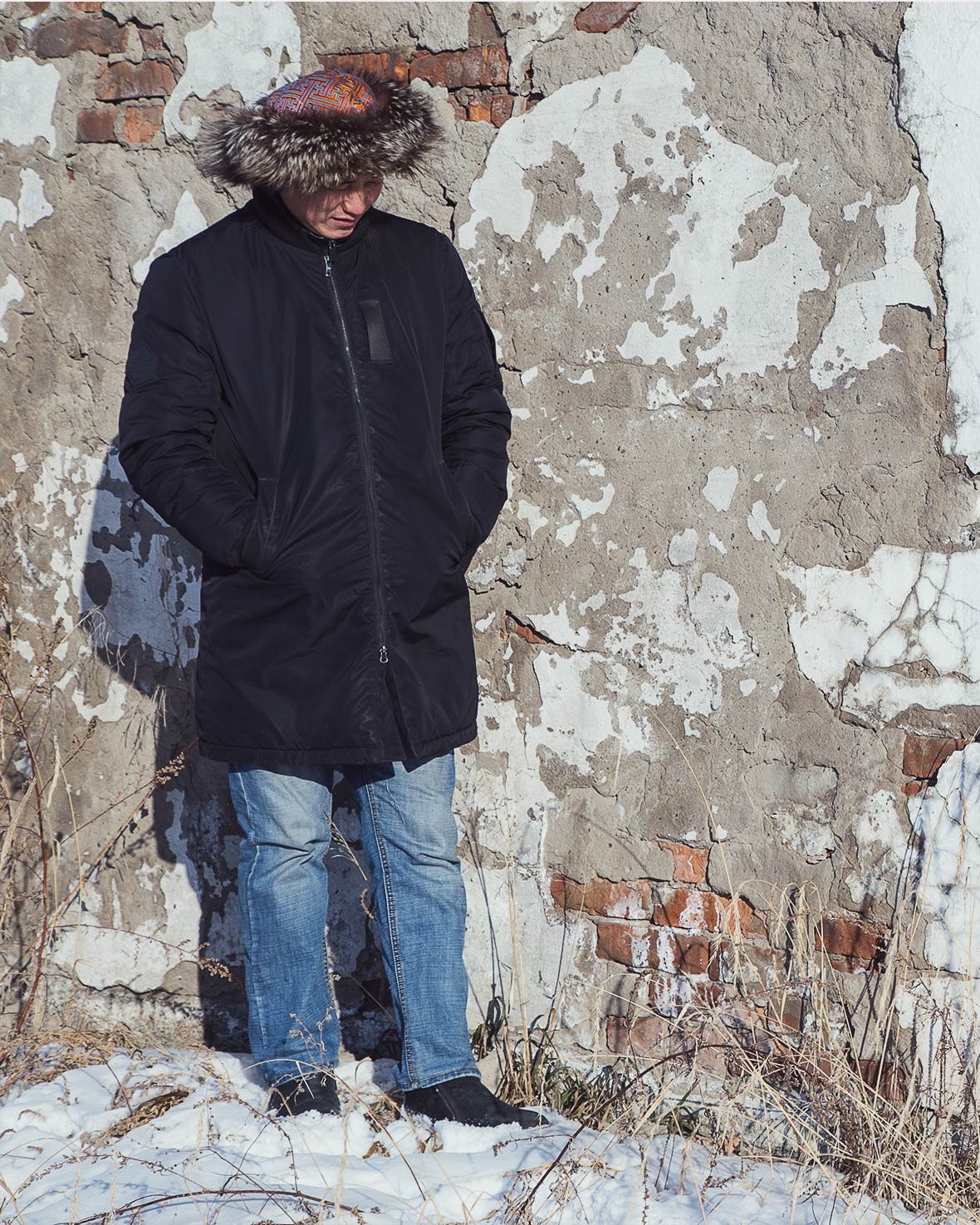 Lkhagvadorj’s interest in these dark subjects stems from his past: his father and the environment he grew up in. When Mongolia became a democracy in 1990, many men and women not only lost their jobs but they also lost their sense of self. This led many people to turn to the bottle as a way of drowning out their loss and sorrow – this was especially true where Lkhagvadorj grew up.

He shares, “There were more men in my neighborhood who became addicted to alcohol than in any other neighborhoods in Ulaanbaatar.”

Lkhagvadorj’s father was no exception. 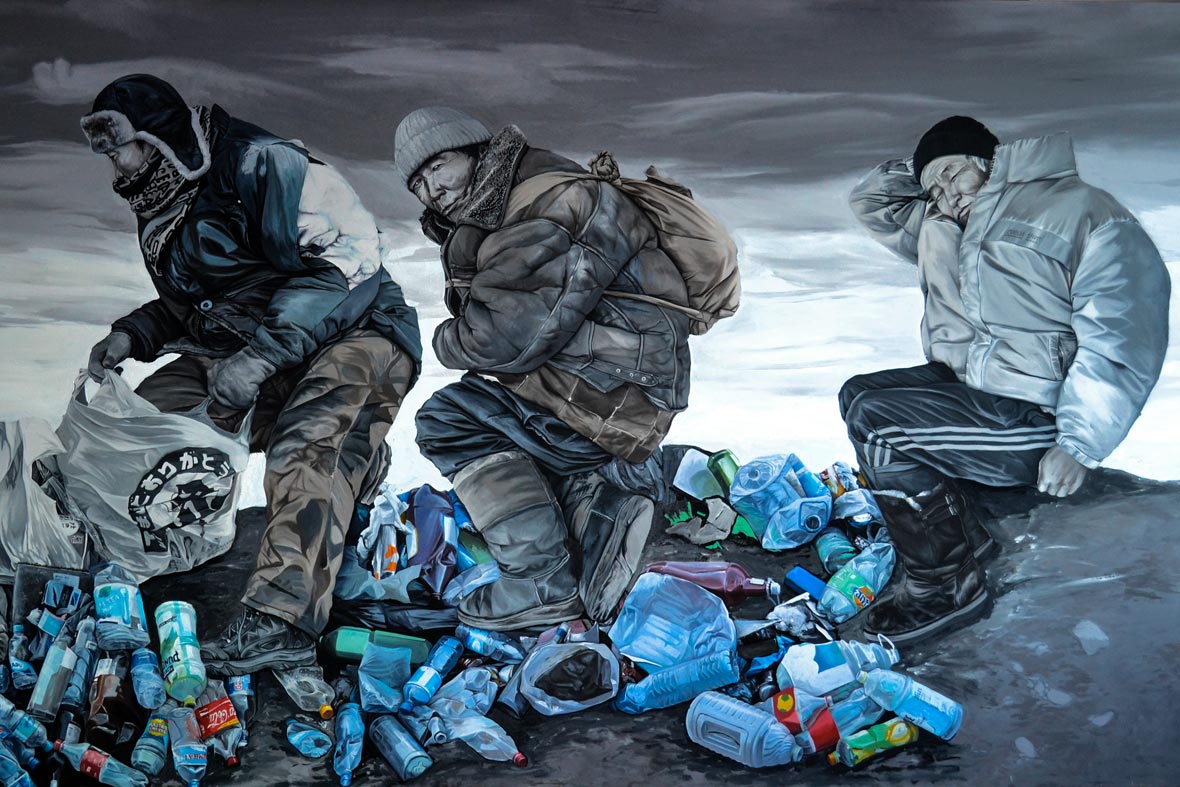 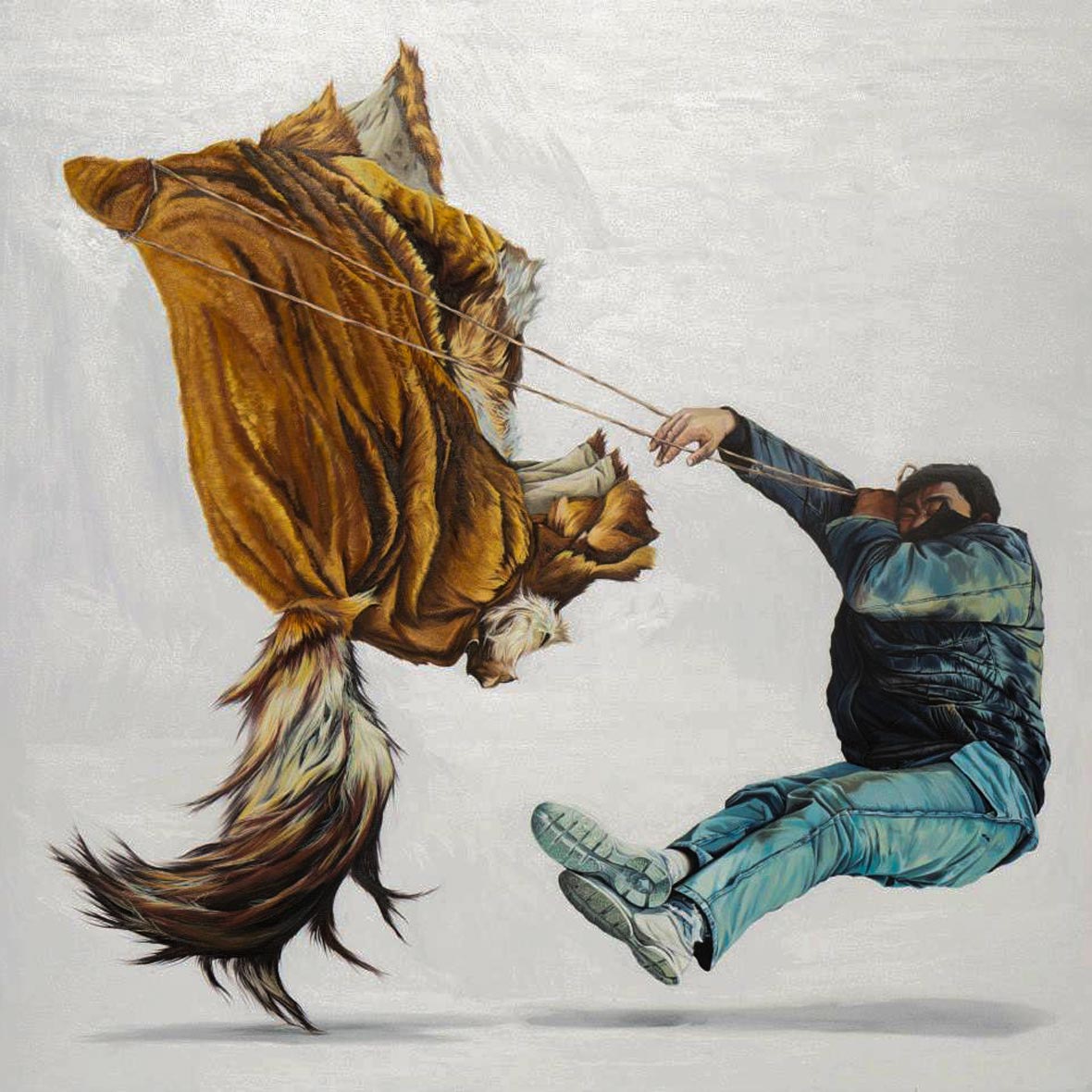 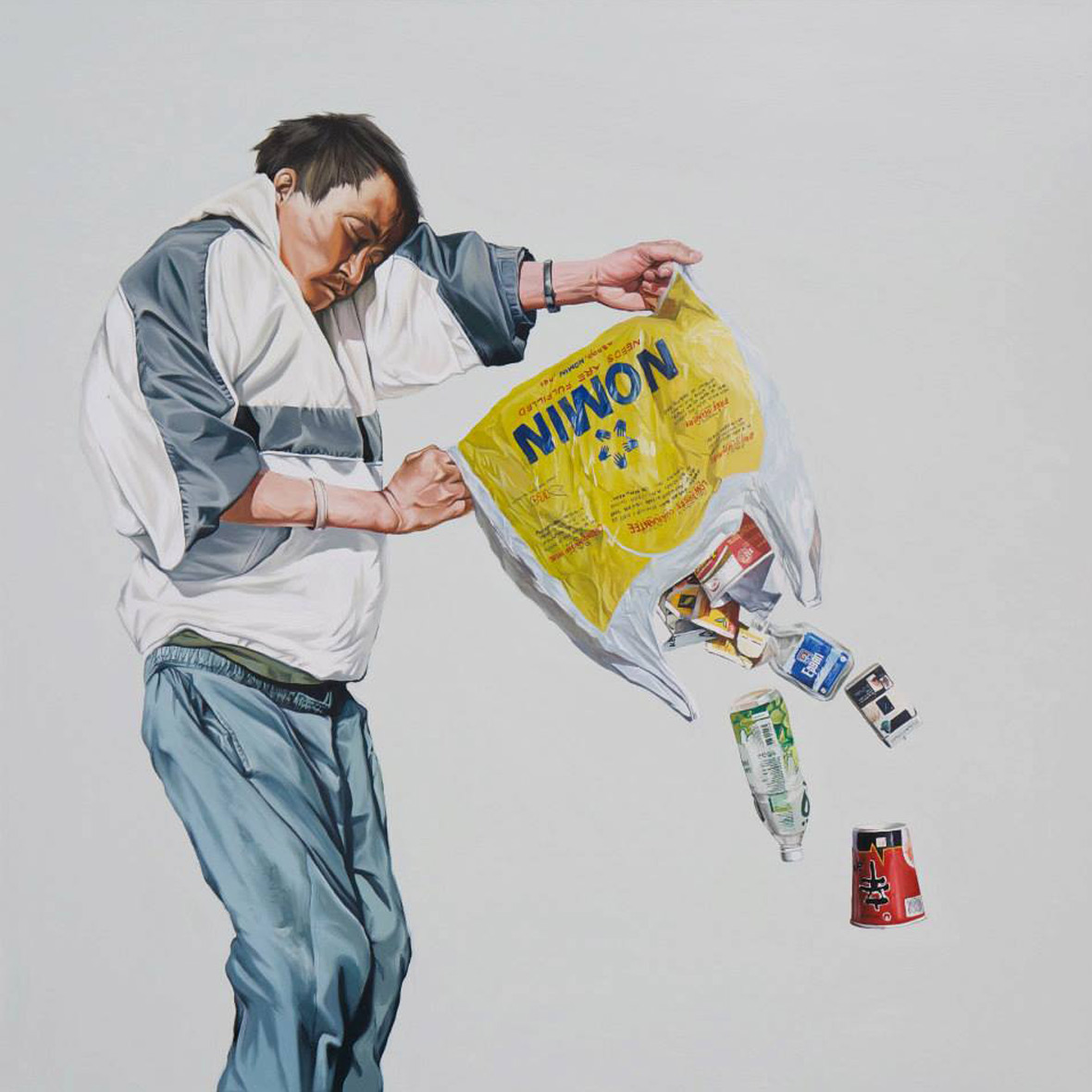 “My father’s addiction got so bad that he would also end up on the street passed out. My family has tried so many times to make him stop, but nothing really worked. Eventually, he moved away to the countryside when I was in high school.”

For over a decade, Lkhagvadorj didn’t interact with his father, but recently, Lkhagvadorj’s father moved back closer to him and found employment as a security guard. Unfortunately, his father still hasn’t stopped drinking – he’s even one of the men depicted in the painting titled Supermarket. While the two have rekindled their relationship, Lkhagvadorj’s father remains unaware of the exact kind of works that his son paints. 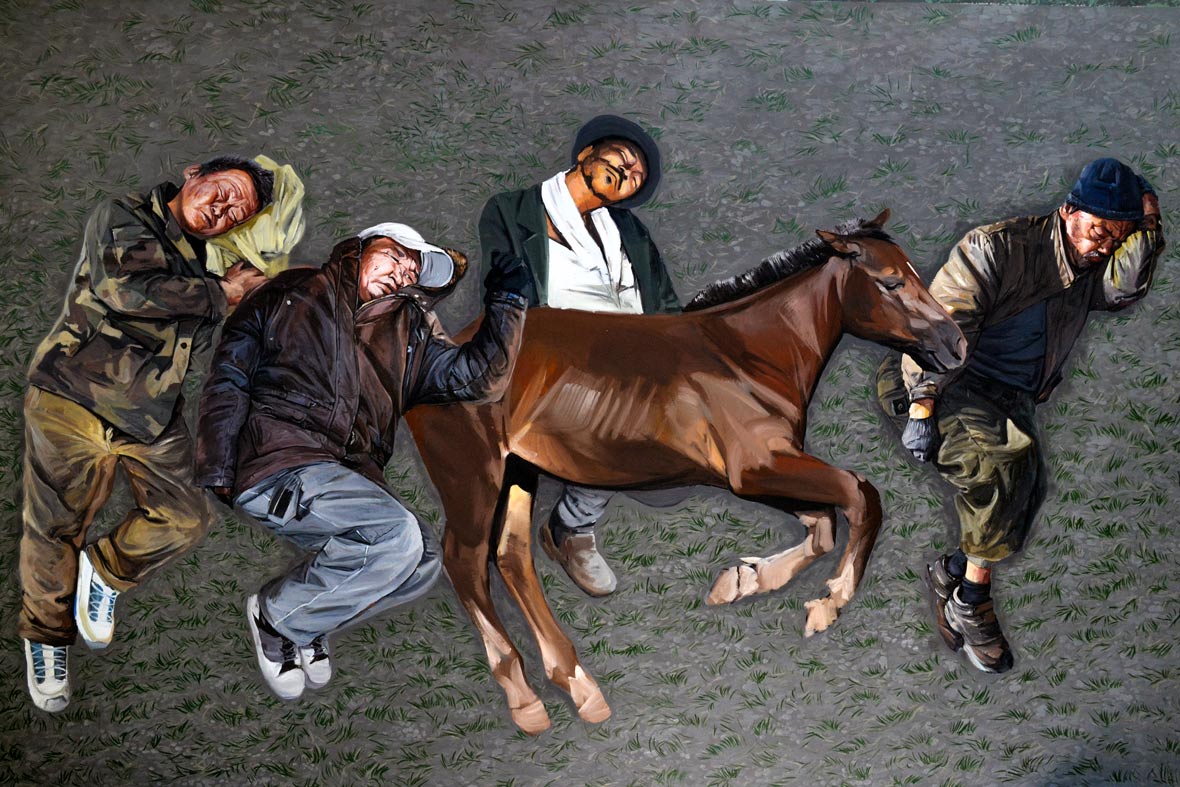 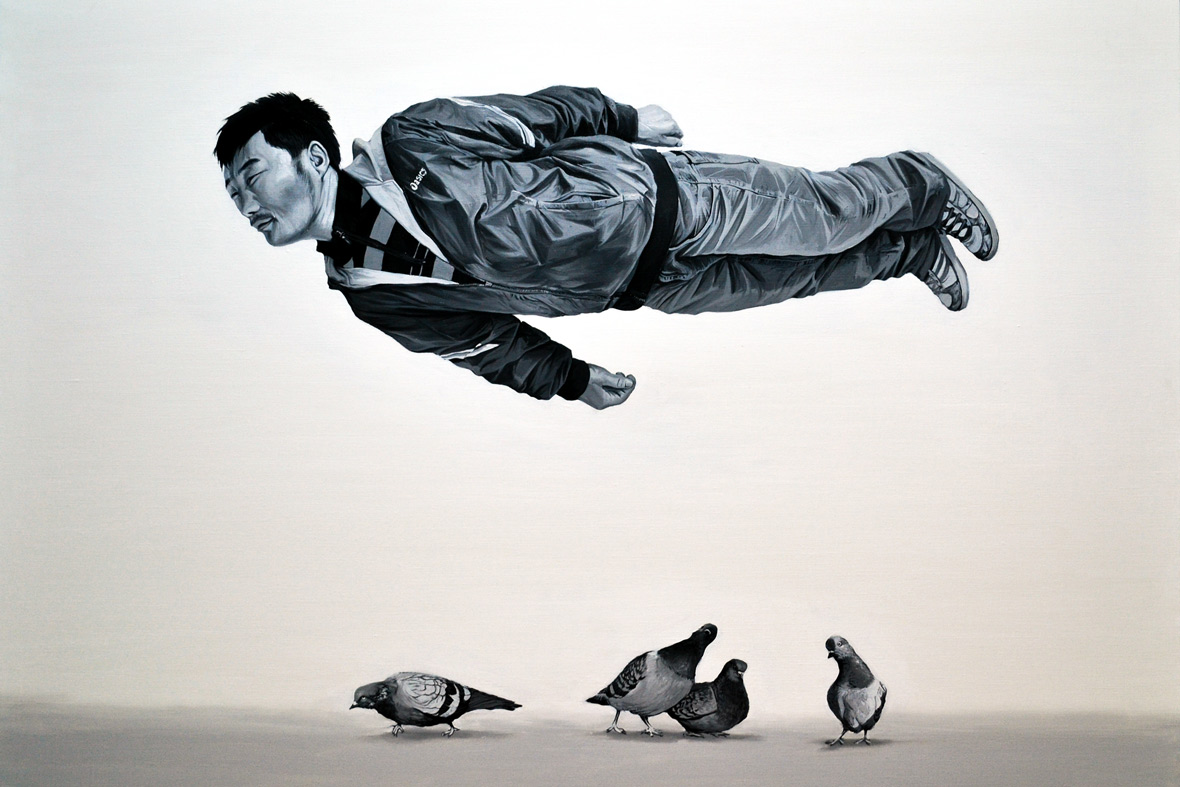 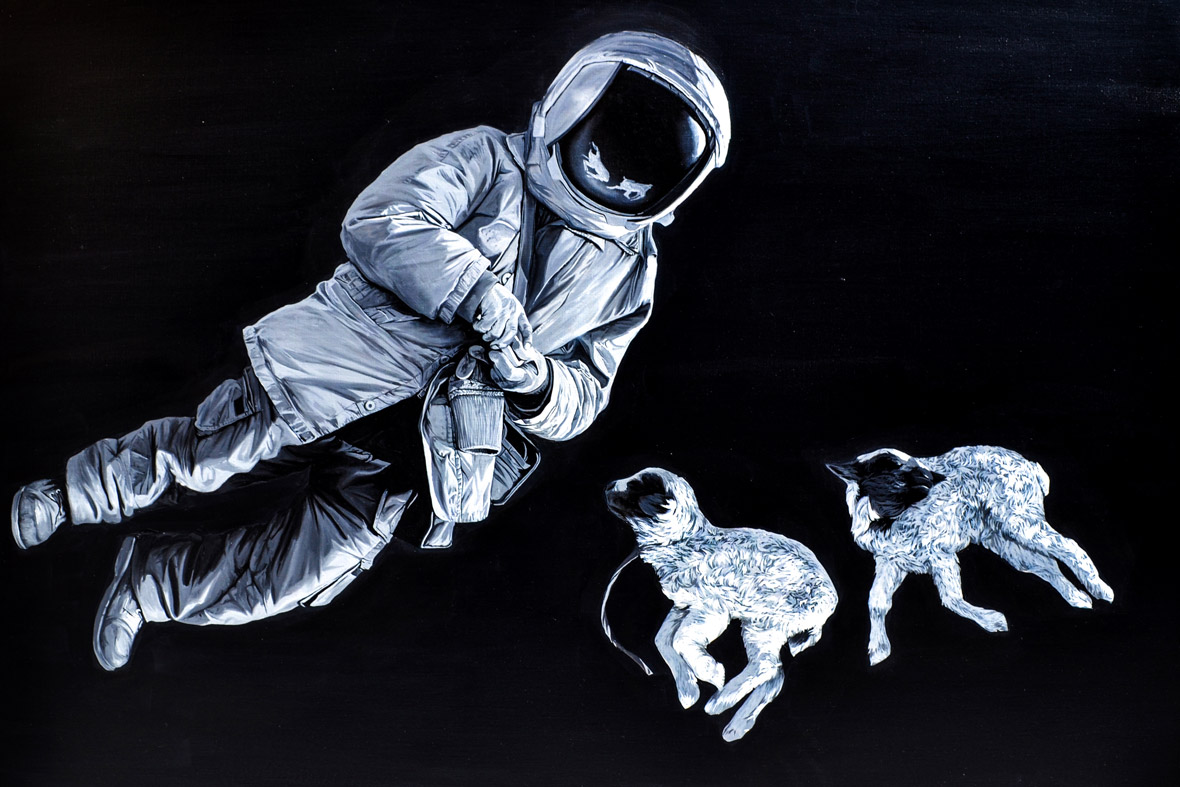 In the beginning, Lkhagvadorj ventured out into the streets to take candid photos of these homeless people, using the images as references for his paintings. It was a very detached approach. However, after completing a few paintings, Lkhagvadorj decided to rethink his methods and set out with the goal of getting to know these people, to understand who they were before they ended up on the streets.

“Most these people had very interesting and fruitful lives before the ended up on the streets,” Lkhagvadorj comments. “They had a family and a job, but the bottle was a stronger pull for them. And I would ask them, ‘Why can’t you just stop drinking?’ and their responses were, ‘I can’t stop, I just have to drink.’”

Lkhagvadorj made it his mission to converse with and get to know more of these people as he continued to create more paintings. His interactions reached a point where he realized many of these marginalized individuals had specializations and skills in their own communities. Lkhagvadorj started to understand that their self-worth wasn’t diminished in any way by their lifestyles. He tells us, “These people did not see themselves as we saw them.” 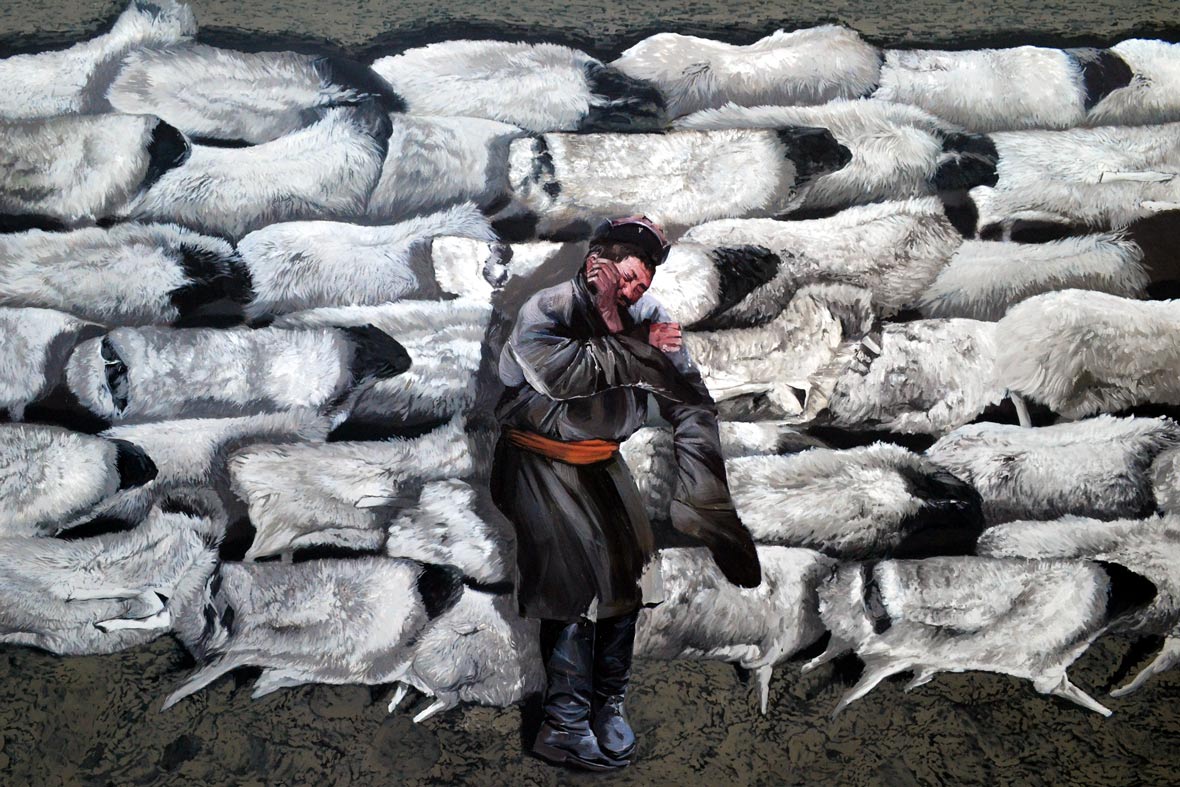 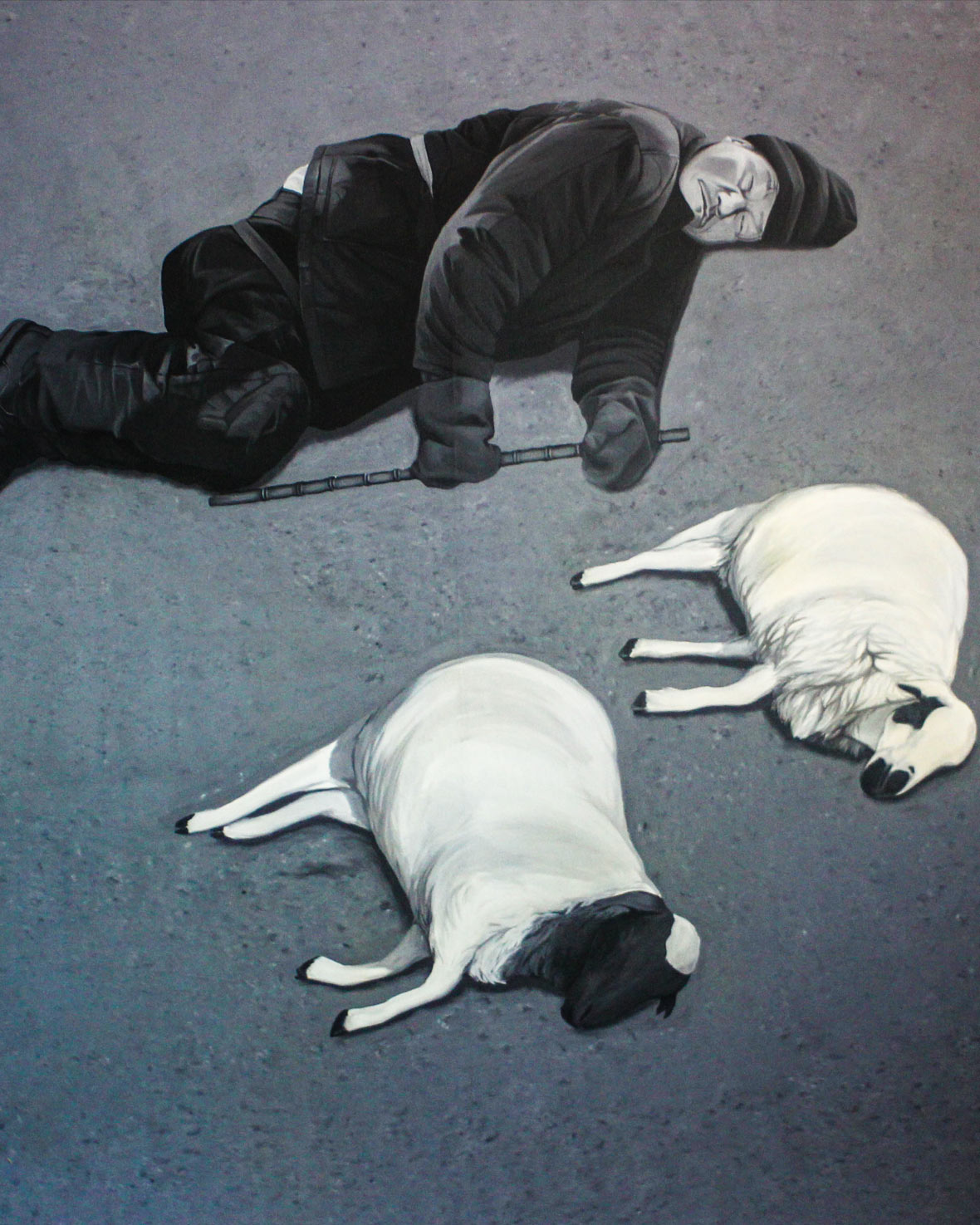 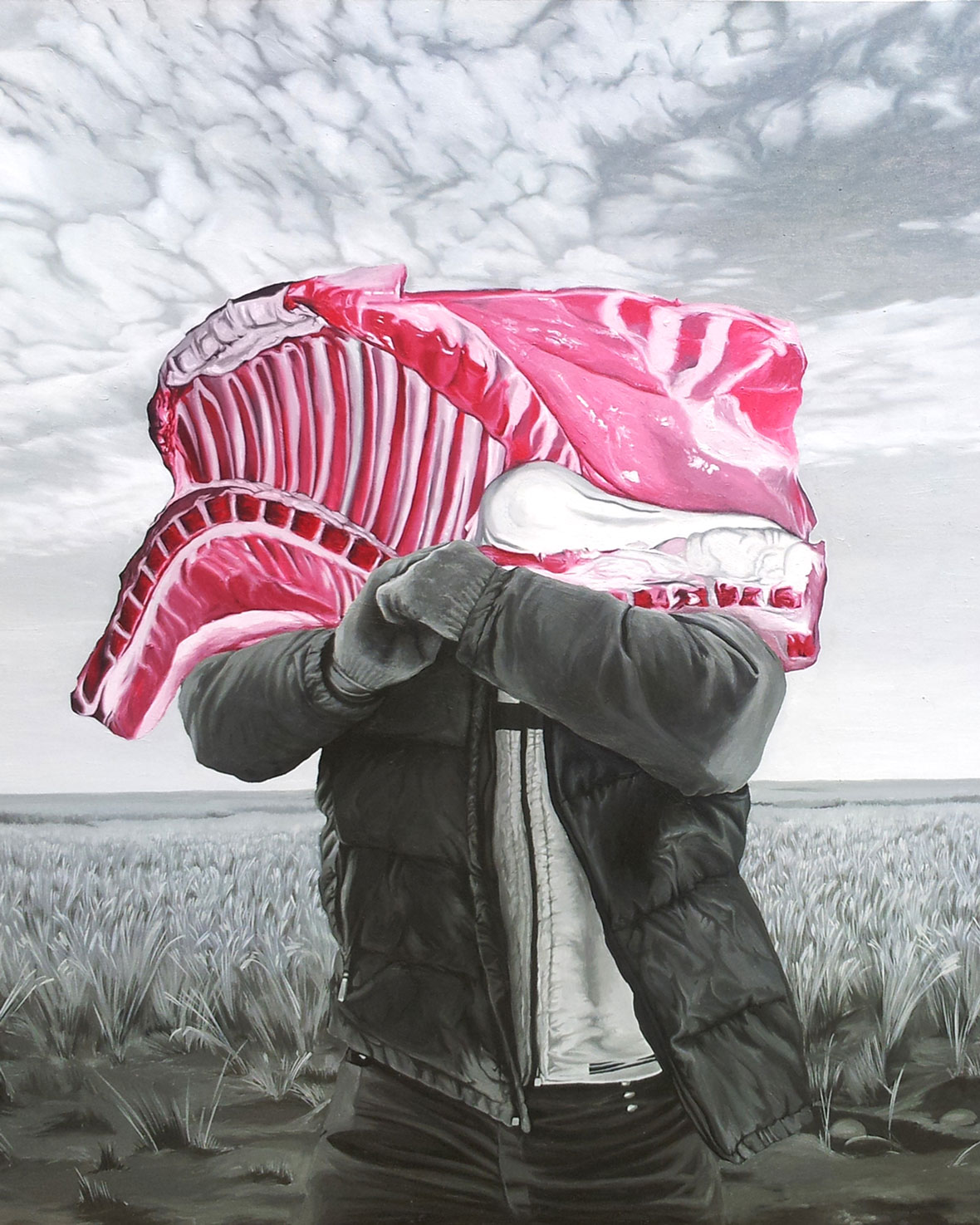 At gallery showings, there were times when Mongolian art critics stormed out of his exhibition because they were outraged by his work. Similar to how Mongolian society has shunned their homeless population, Enkdhat’s art has yet to find a home in Mongolia and most of his work tend to end up in foreign art galleries. 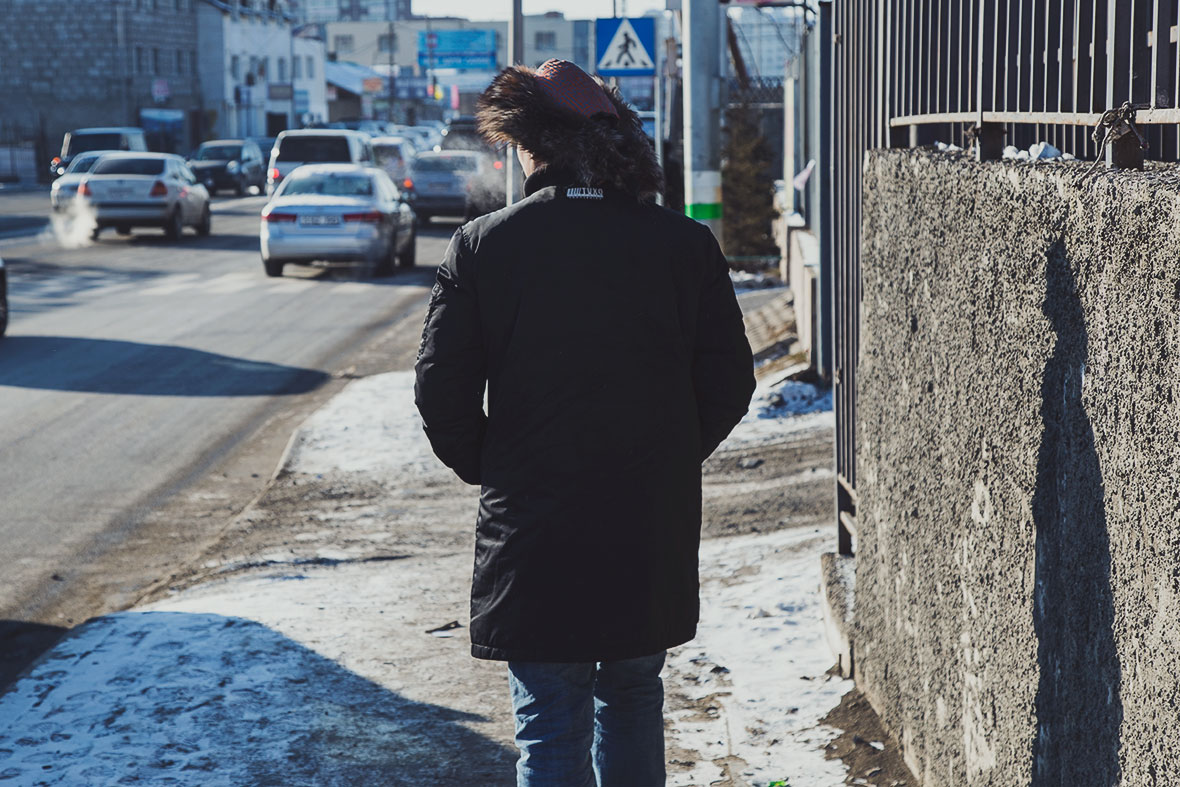 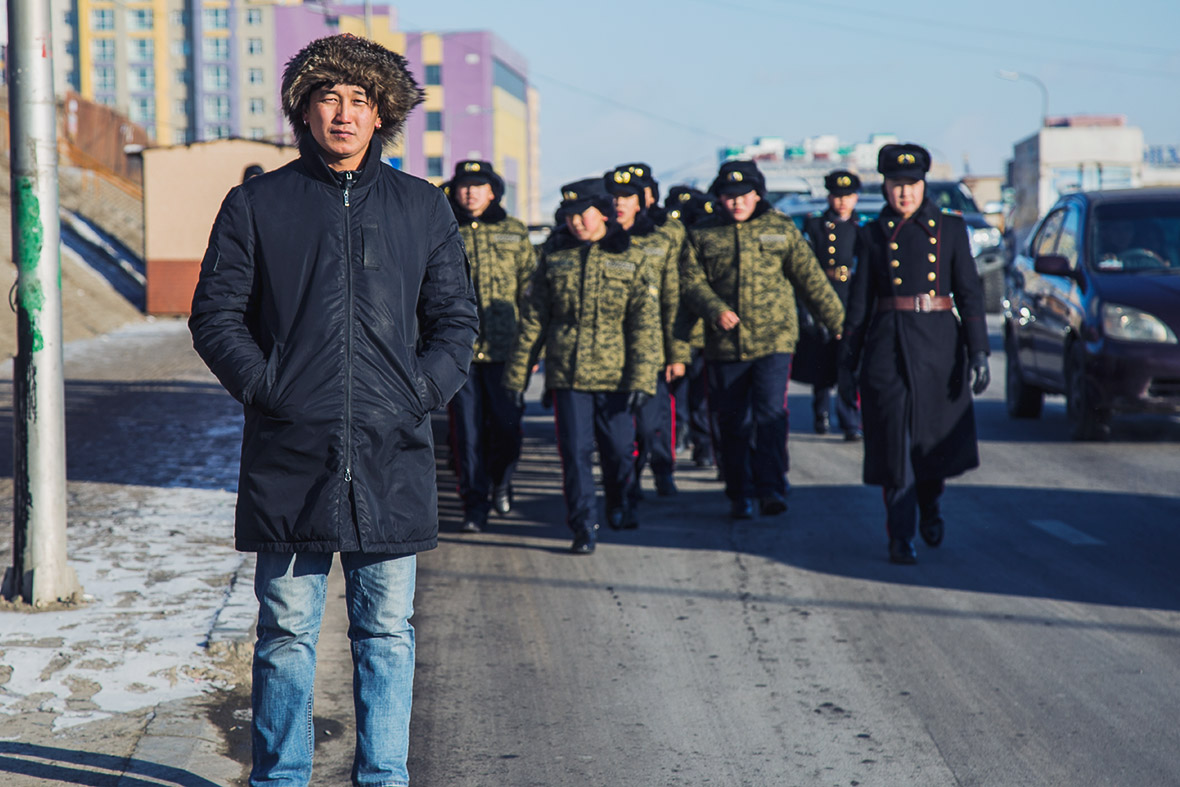 Lkhagvadorj understands there is a dilemma to his craft in Mongolia. He understands that if he painted topics were more likely to be well-received by the masses, then more people would purchase his paintings. There were times when people tried to persuade him to paint things that were pleasant. However, no matter how many people would attempt to convince him to create art that’s more accessible to the public or art that can to garner more name recognition, he refuses to change his style. He insists that he paints what makes him feel like himself. “People will try to persuade me to paint something different, but I have stayed true to myself,” he states. “Just like these people who can’t stop drinking, I can’t stop painting these people. I just have to paint them and tell their stories.” 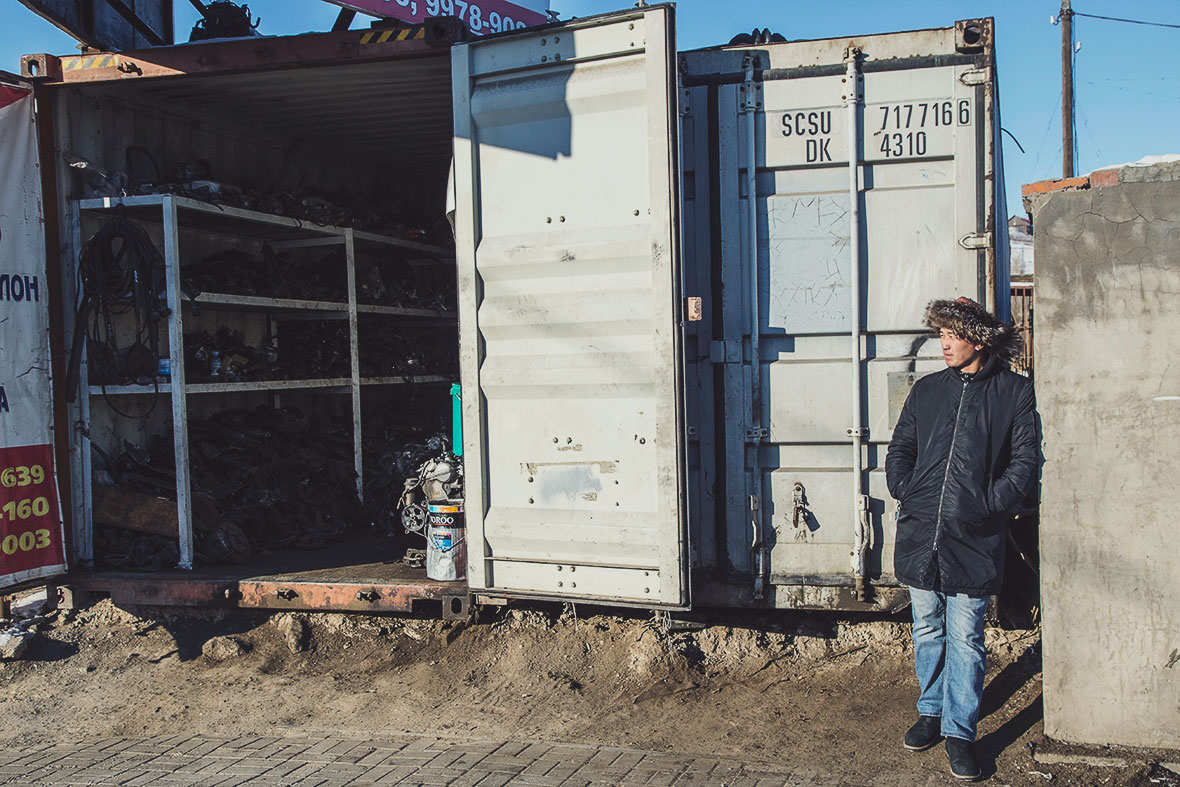