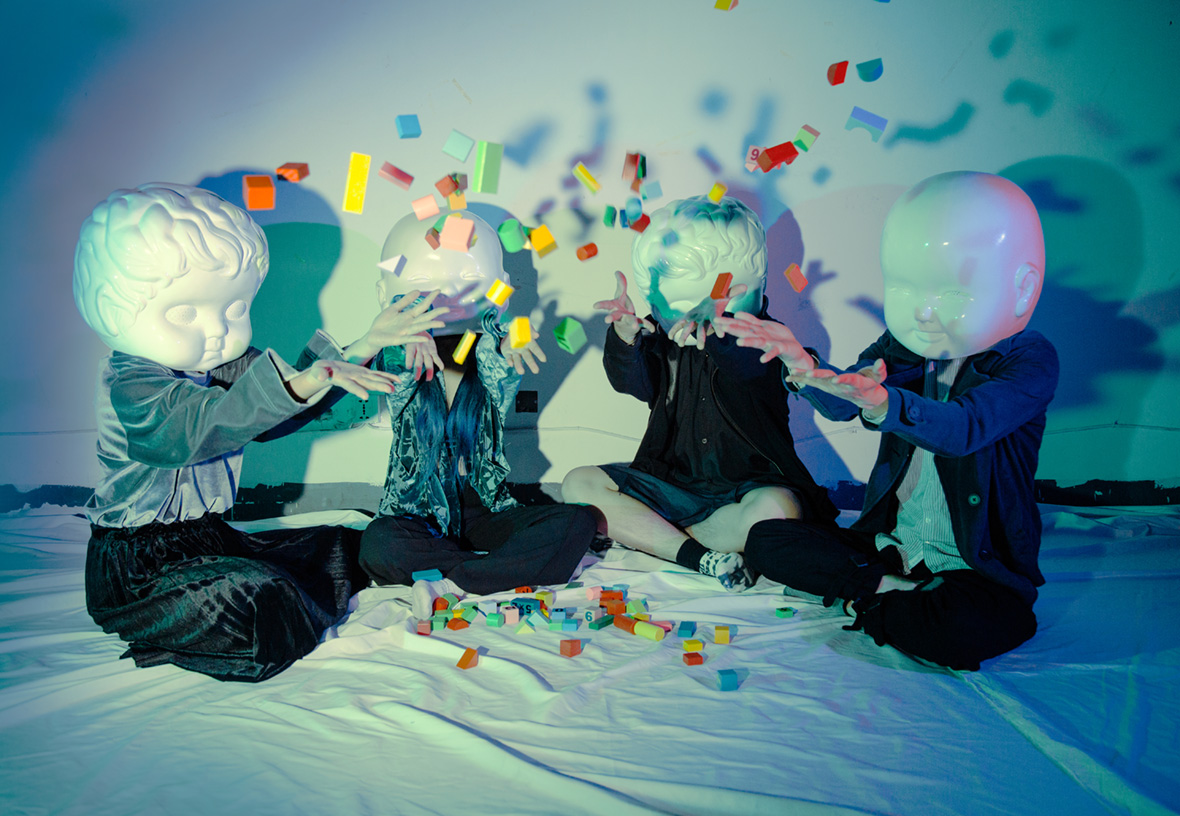 The musical genre called ‘shoegaze’, which emerged in the UK and Ireland during the late 1980s, has enjoyed something of a second wind lately, at times in the unlikeliest of places. In the Chinese-speaking world, where it is known as zi shang (or “self-appreciation”), the form has inflected the musical landscapes of cities as diverse as Taipei, Beijing, Xi’an, Hong Kong, and Shaoxing with the genre’s hallmark mix of indistinct vocals, ethereal guitar distortion, noisy dissonance, and effervescent melodies.

For Shanghai-based band RUBUR—now two albums deep with a third on the way—the genre continues to offer a creative outlet for exploring a range of cultural influences and big ideas. Their self-released first album, True Bypass, garnered praise from fans and critics alike as well as added a certain layer of art school aesthetic to the Shanghai shoegaze scene. The video for the song “Every Me,” for example, is a trippy slow burn replete with sumptuous sonic textures, gossamer-like vocals, and copious amounts of gold glitter. 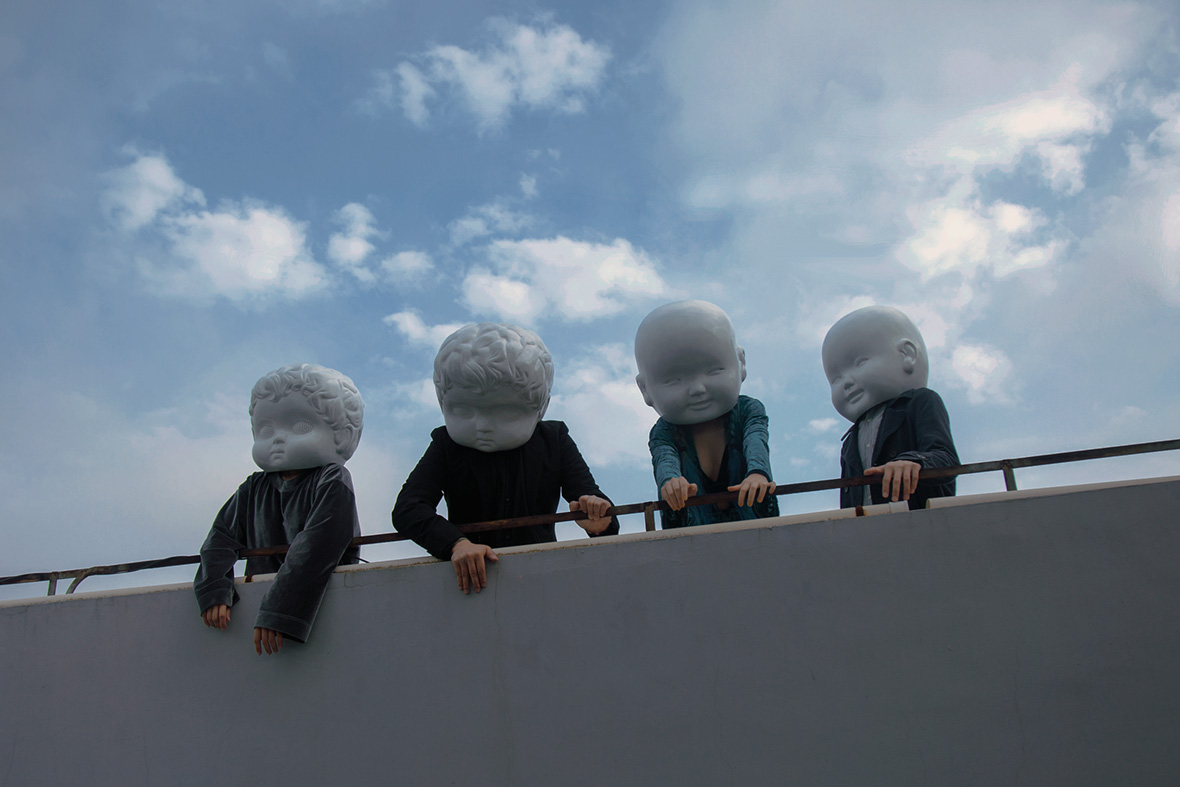 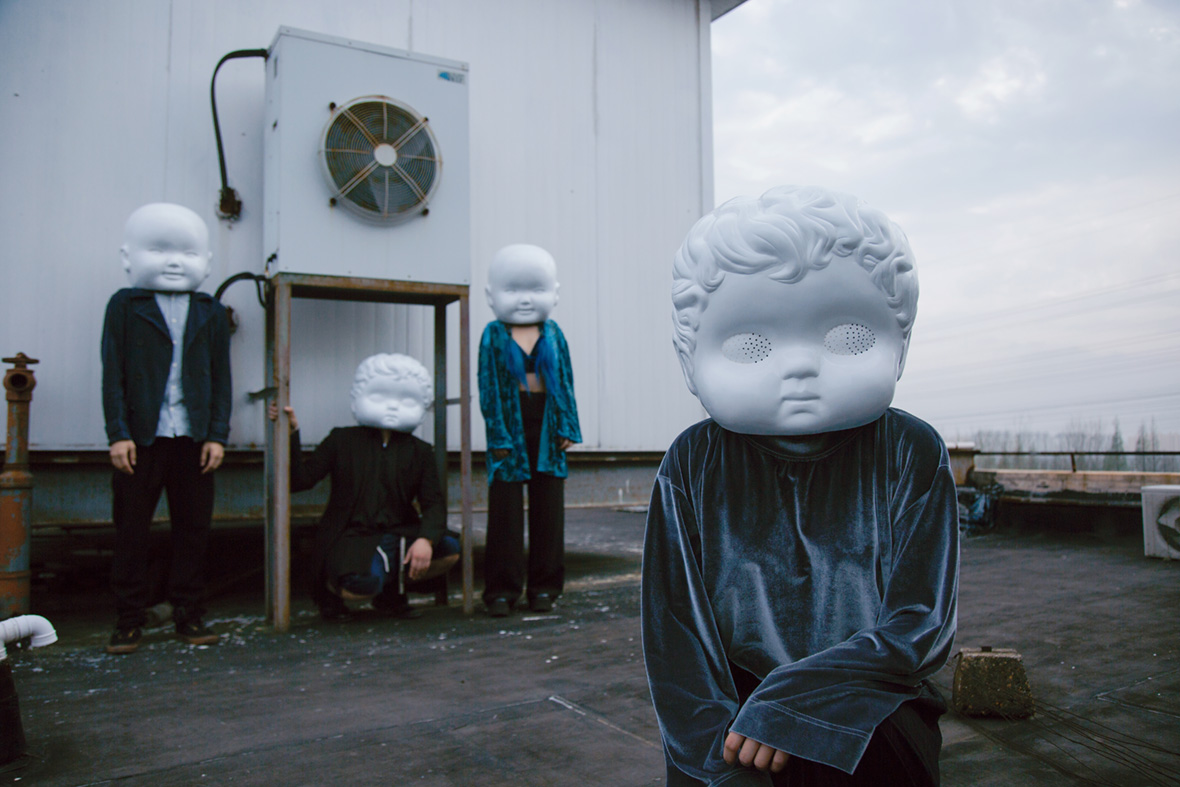 Their latest offering, 2019’s Evening Sitdown Vision (the title comes from a line in Allen Ginsberg’s poem “Sunflower Sutra”), sees the band confidently navigating their first full-length album, with brooding reverb and searching lyrics rubbing shoulders with sun-soaked guitars and pop melodies over the course of ten tracks. From stratospheric heights to subterranean depths, it is a harrowing journey of Jekyll-and-Hyde proportions that leaves listeners reborn to the thrilling pleasures of “sinogaze.” 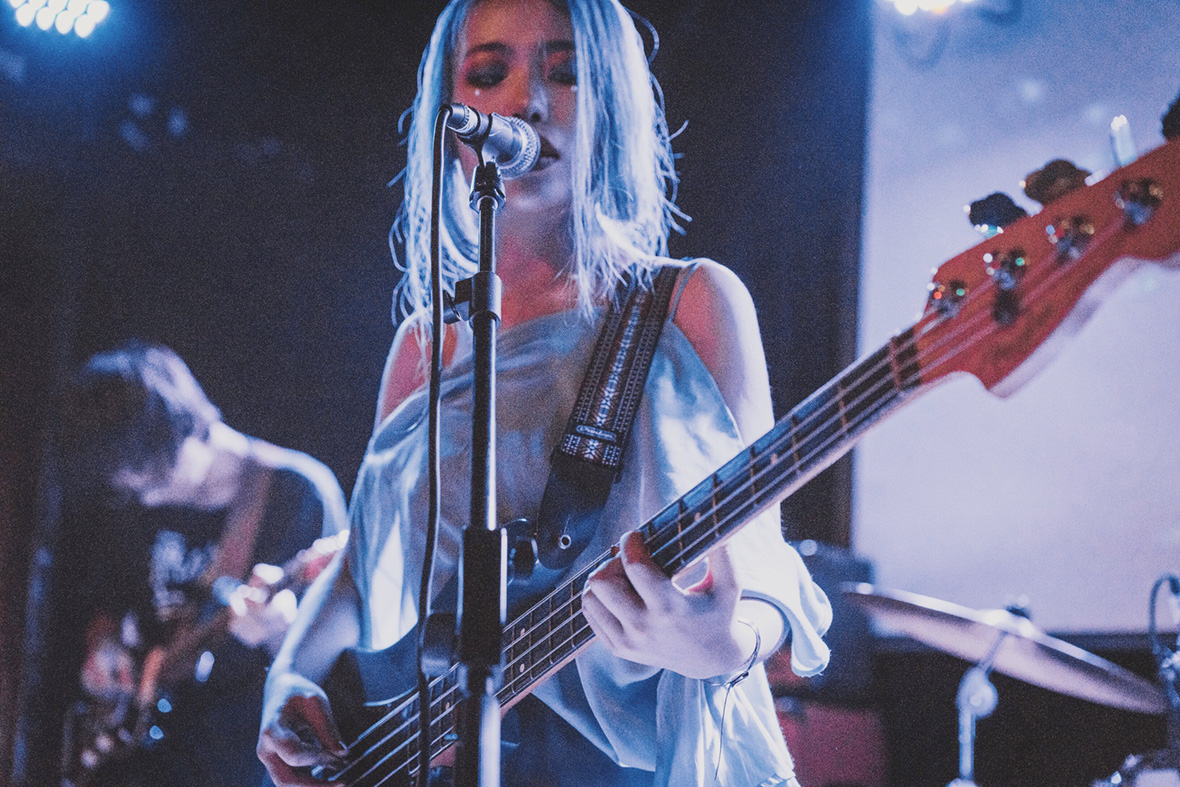 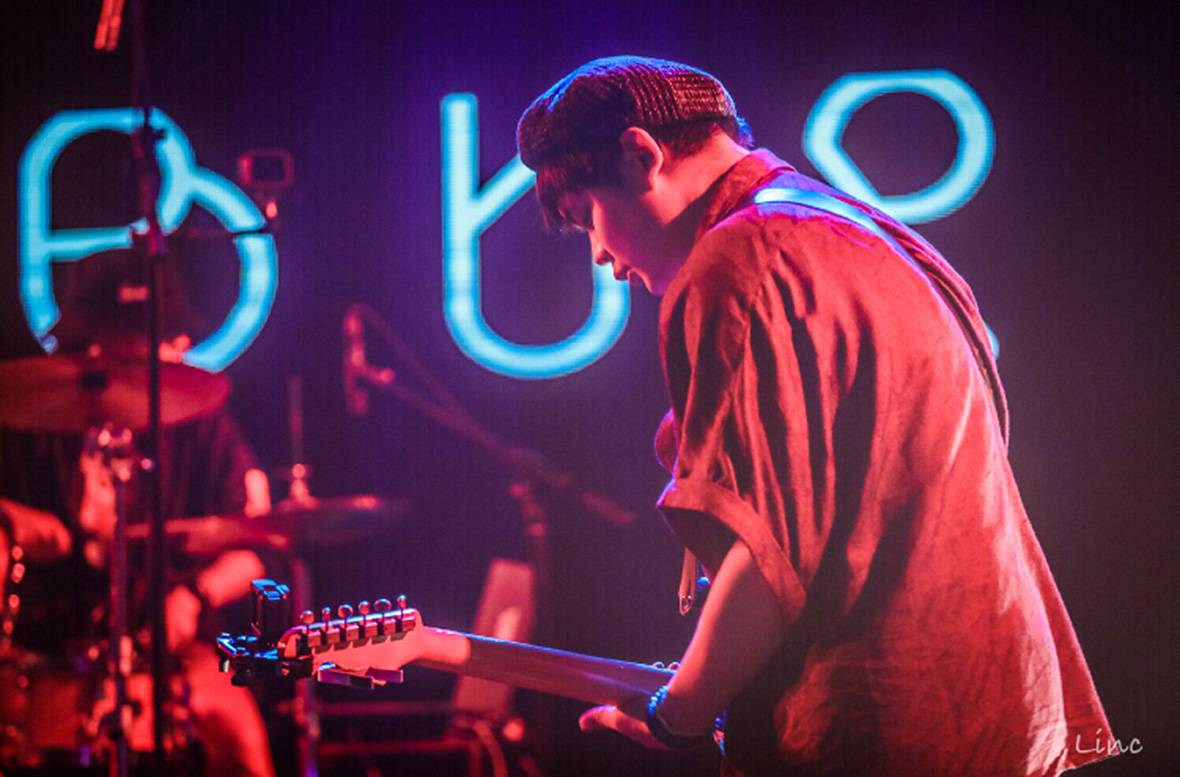 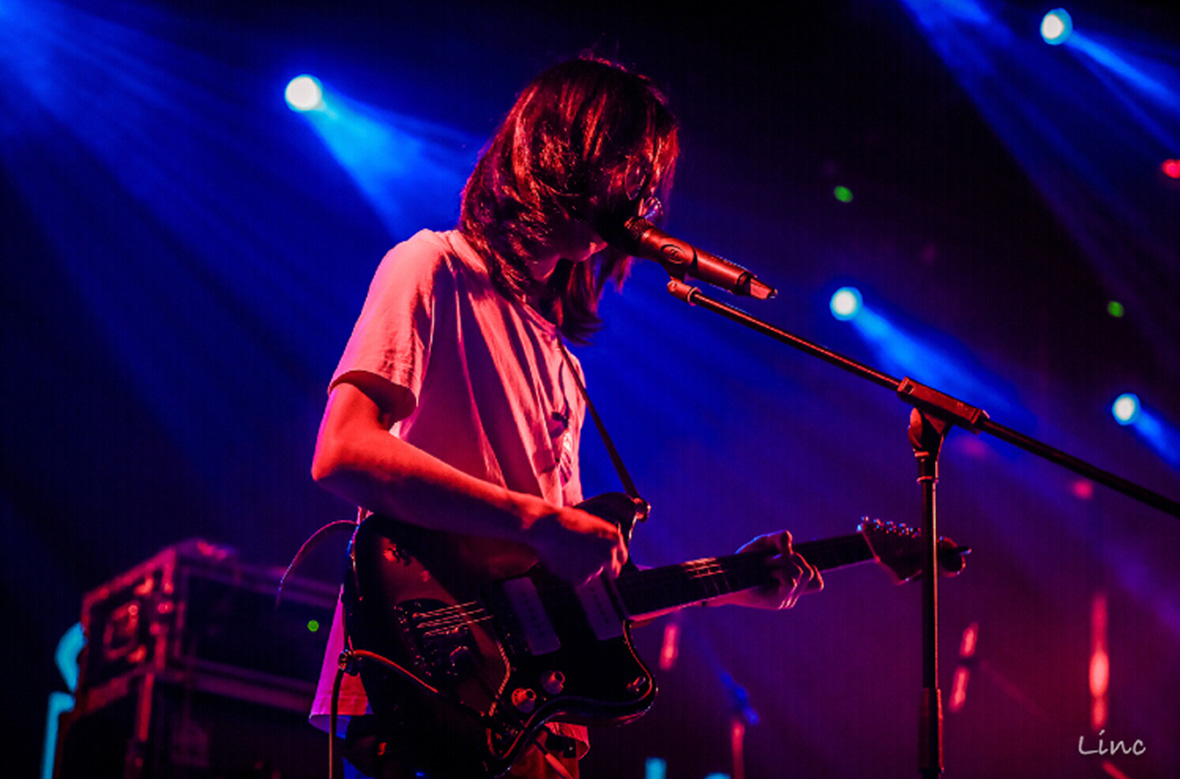 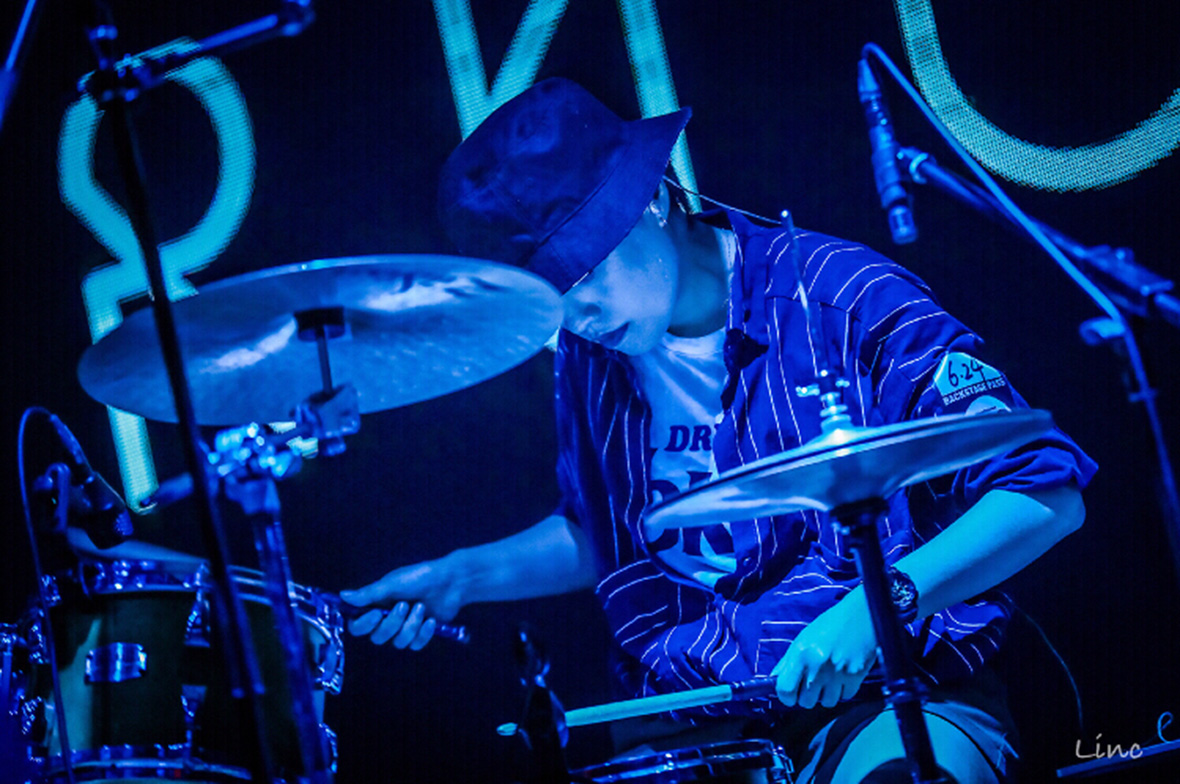 “Betenden Hande,” the album’s propulsive opener, is a kaleidoscope of moods and textures, alternating between shimmering chords, a swirling baseline, and an almost preternatural belief in music’s power to resurrect the past. Its title also alludes to sixteenth-century German artist Albrecht Dürer’s famous drawing “Betende Hände” (or “Praying Hands”).

“The song tells a different story from the original artwork,” says bassist Guagua. “The drawing relates to Dürer’s brother, who couldn’t pursue the same artistic path, but the song is more about a kind of metaphysical longing and a delayed response that might never come.”

Listen to select tracks from Evening Sitdown Vision below: 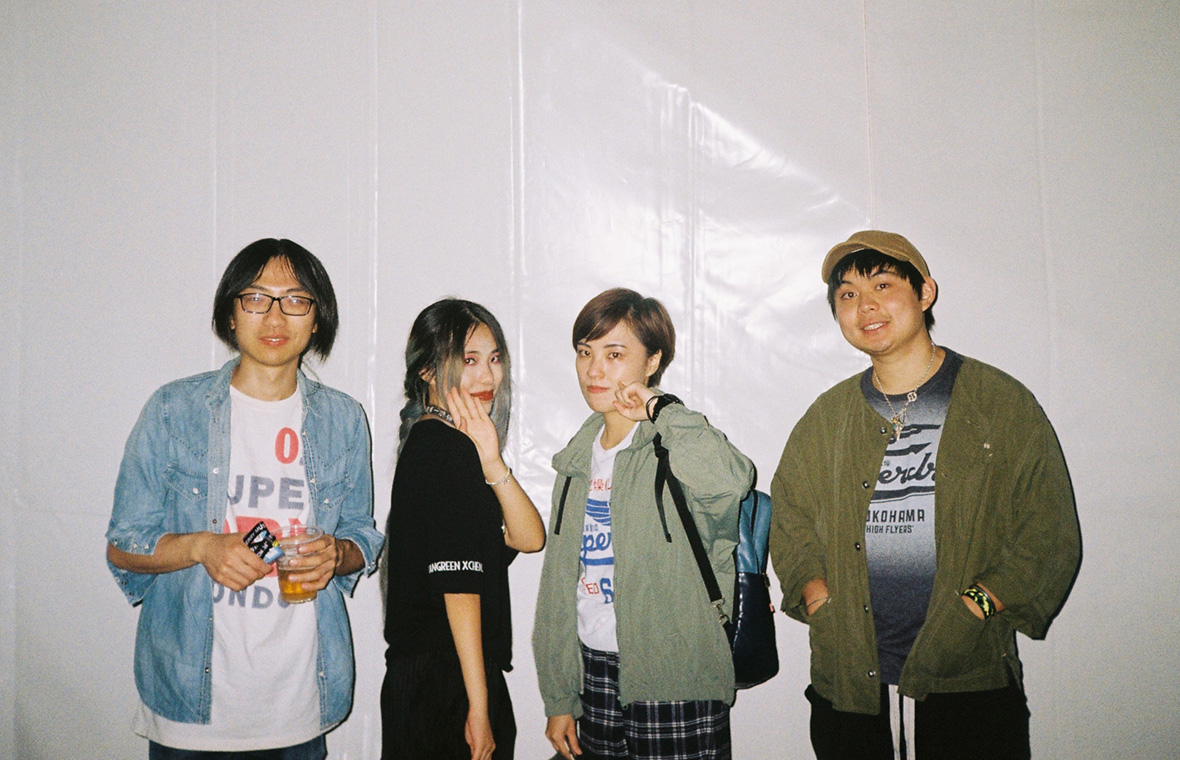 Originally formed in 2014, the band coalesced around Shanghai. Although it was recorded in October 2017, Evening Sitdown Vision took another year and a half to be released, partly due to a line-up change (their drummer Xiaosa left). Current drummer Anran joined at the beginning of 2018, with Guagua, Shanghai guitarist Xiaoxue and Maojia on guitar and vocals rounding out the quartet.

According to RUBUR, Evening Sitdown Vision is built around the concept of eternity in an instant, a moment in which the ephemeral and the eternal co-exist, merging past, present, and future. Citing things such as a sunset or a phantasm, they draw inspiration from poetry and philosophy, which inform their approaches to both musical composition and songwriting.

The lyrics for “Luo Ge Si” (alternatively titled as “Logos”) are inspired by lines from pre-Socratic philosopher Heraclitus, Guagua reveals. With a plaintive melody and discordant guitars backed by Guagua’s spoken and sung vocals, it is also one of the album’s most urgent tracks. 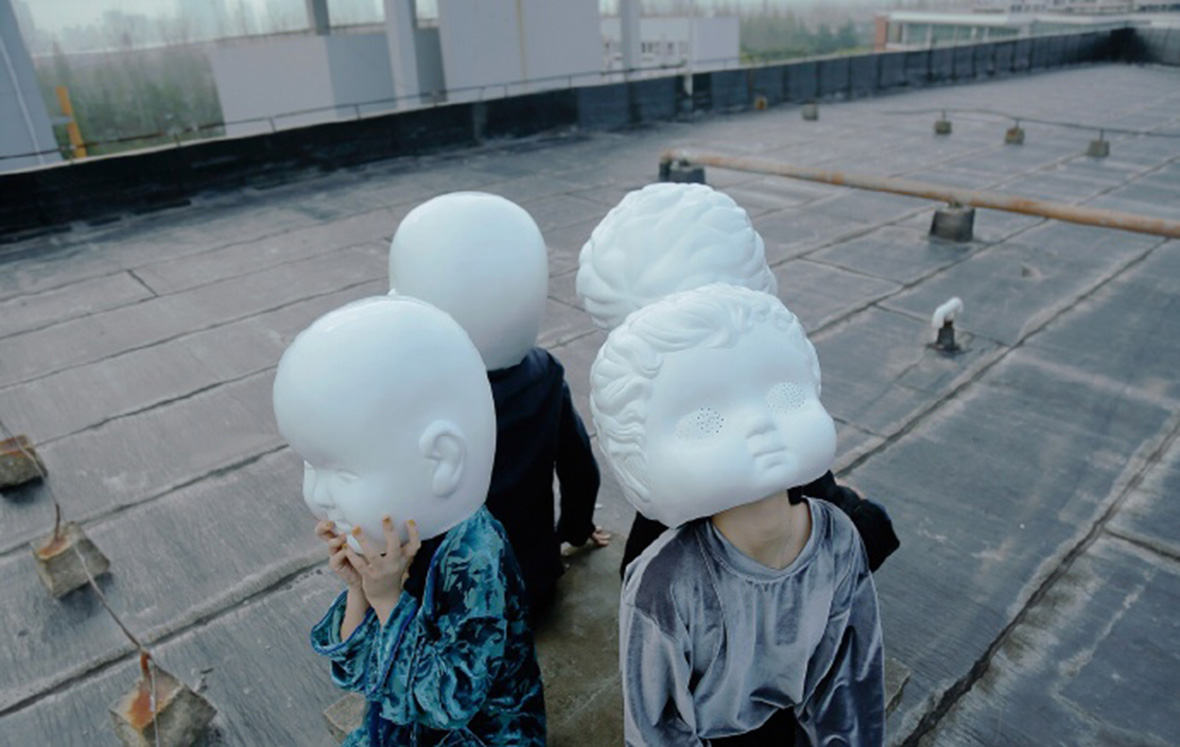 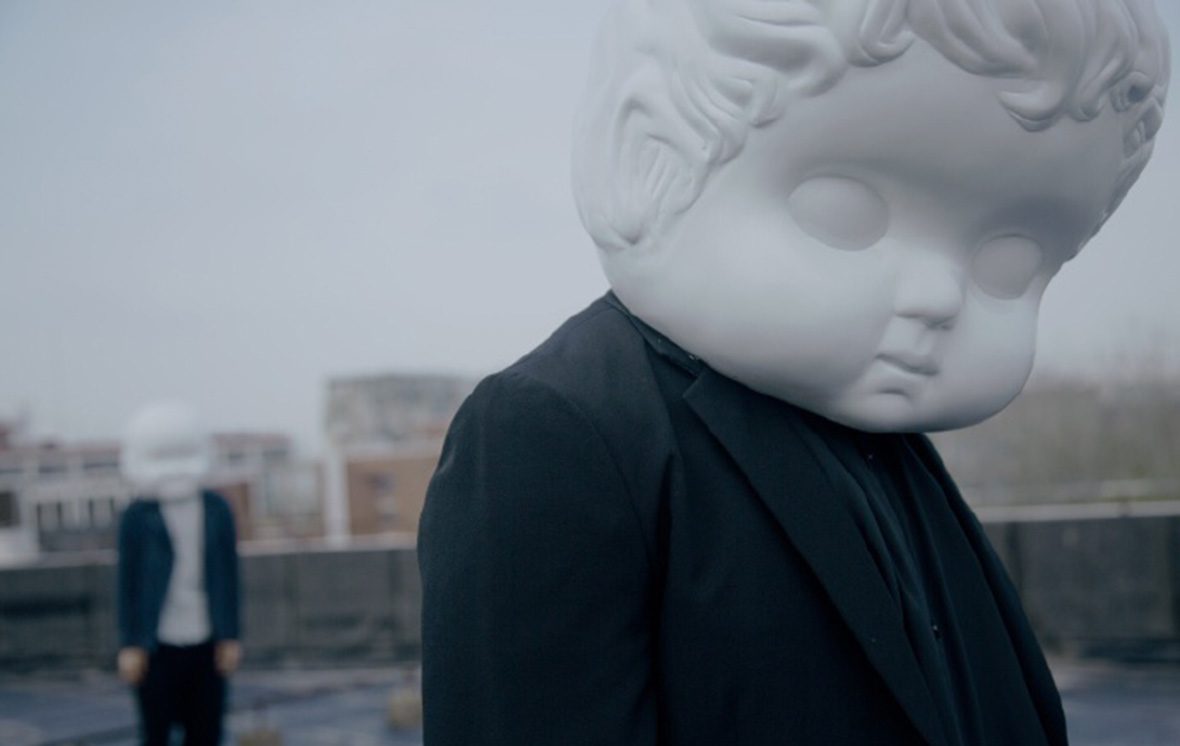 In hazy dreams, we float like melodies
The summer wind caresses us like strands of silk
With the coming dawn, we can’t hide from these converging dreams
In this moment, our dark thoughts are quieted, not much else to say

Elsewhere, a sense of ephemerality returns, as on “Huiyou” (alternatively titled as “Migrate”), a song more spoken than sung in words more poetic than prosaic.

Envelopes unravel like rivers, but they dry within the year
In my reflection, I see someone else
Pour one for the night sky and let the stars come crashing down
Drink it down but don’t forget your face 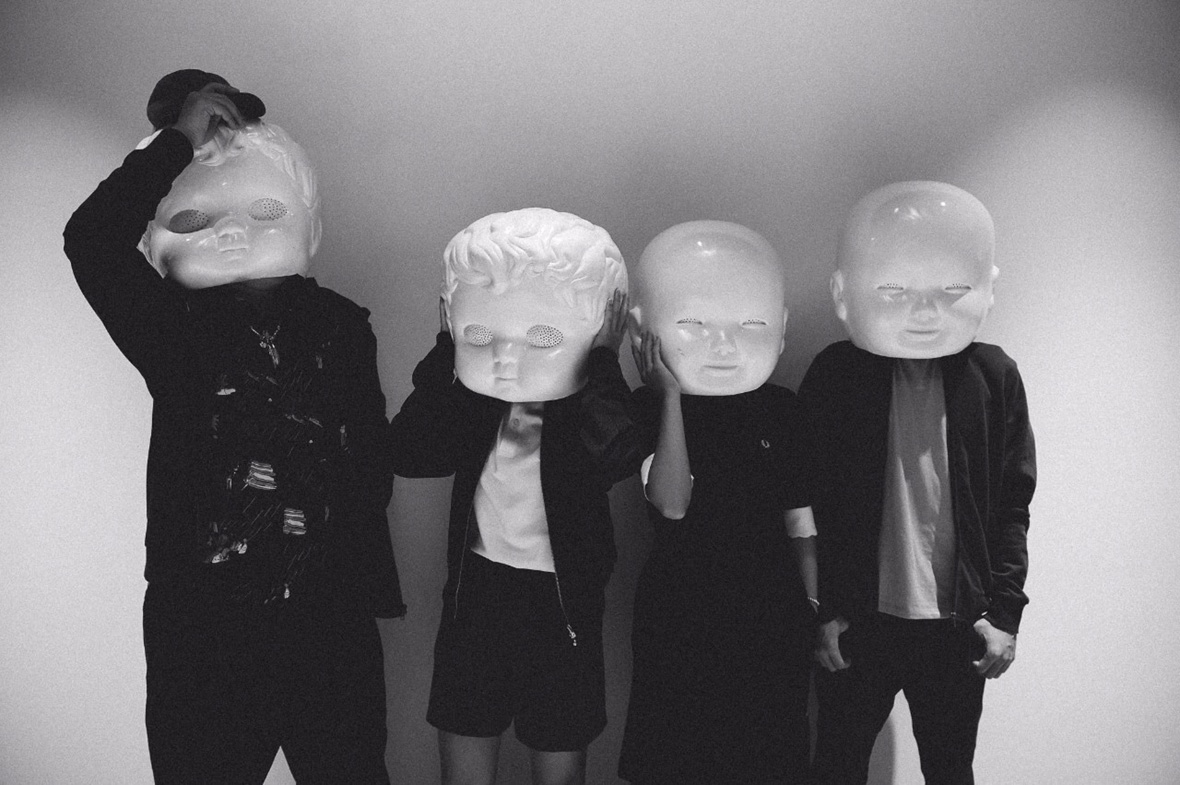 And a few minutes into the mesmerizing, eight-minute closing track “Intentionally Blank,” the band ask searchingly: “Will every prayer be accepted? / Will every wish be resigned?” But the song slows to an abrupt halt. A soliloquy sampled from Paolo Sorrentino’s TV series The Young Pope can be heard, a spiritual intercession of sorts, before the music flares up and burns out as the album ends where it began, lost in a circle of illusion and longing as white noise fades into silence.

RUBUR’s ability to absorb different cultural undercurrents is one of the band’s real strengths, and their openness to a range of influences will continue to draw listeners into a world without clear borders and a future intentionally left blank.