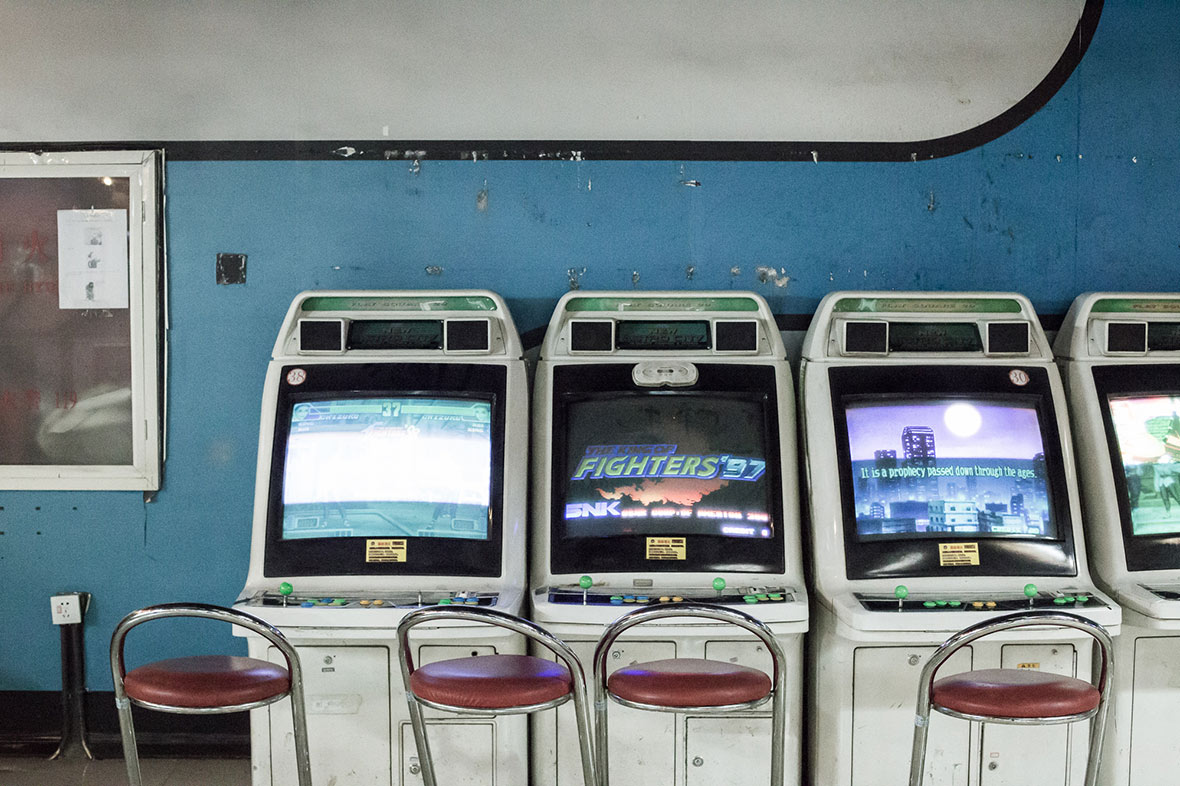 In an effort to curb the problem of video game addiction, the Chinese government passed a law in 2000 that banned the production and sale of game consoles, in addition to all gaming accessories. It wasn’t until 2013 that the ban was lifted. In these 13 years, Microsoft came out with XBOX, Nintendo came out with Wii, and the Sony Playstation 2 evolved into its 4th generation. During this period of rapid development in the gaming industry of home consoles, Chinese players could only really buy pirated games and equipment through rather unconventional channels. During this time, the traditional arcade has managed to survive in China. 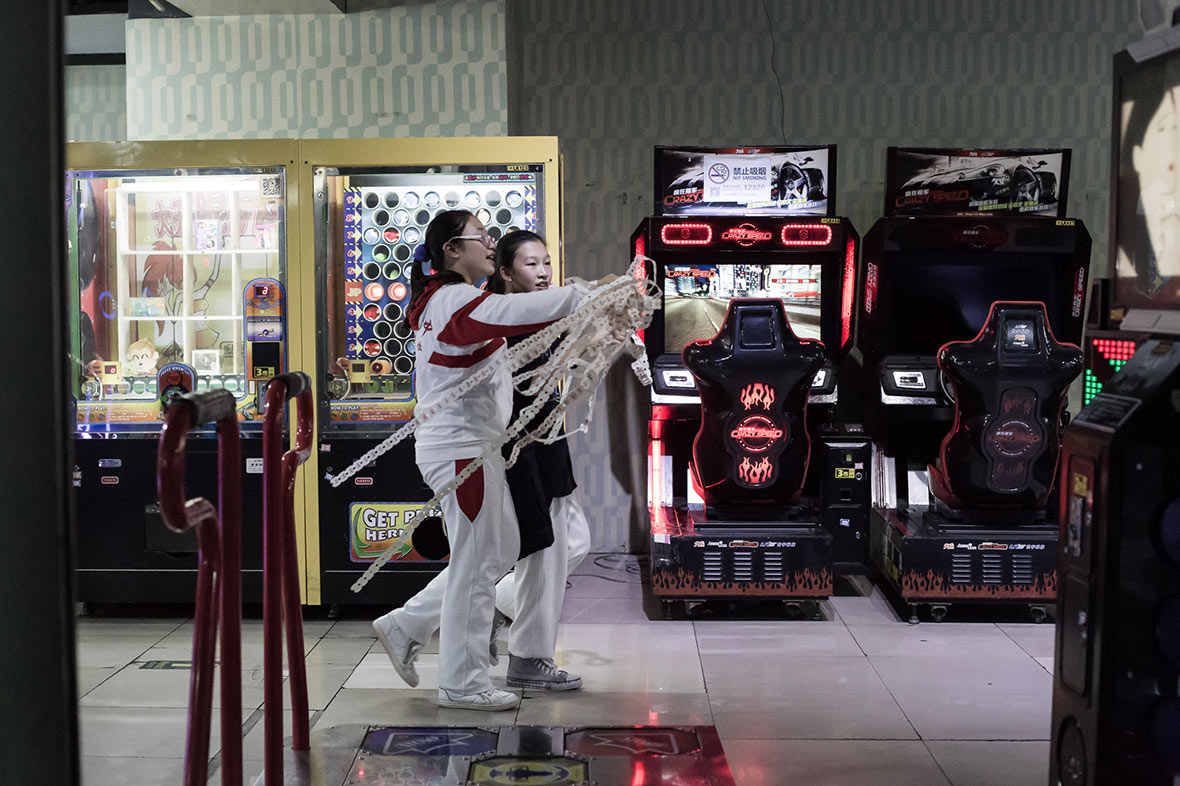 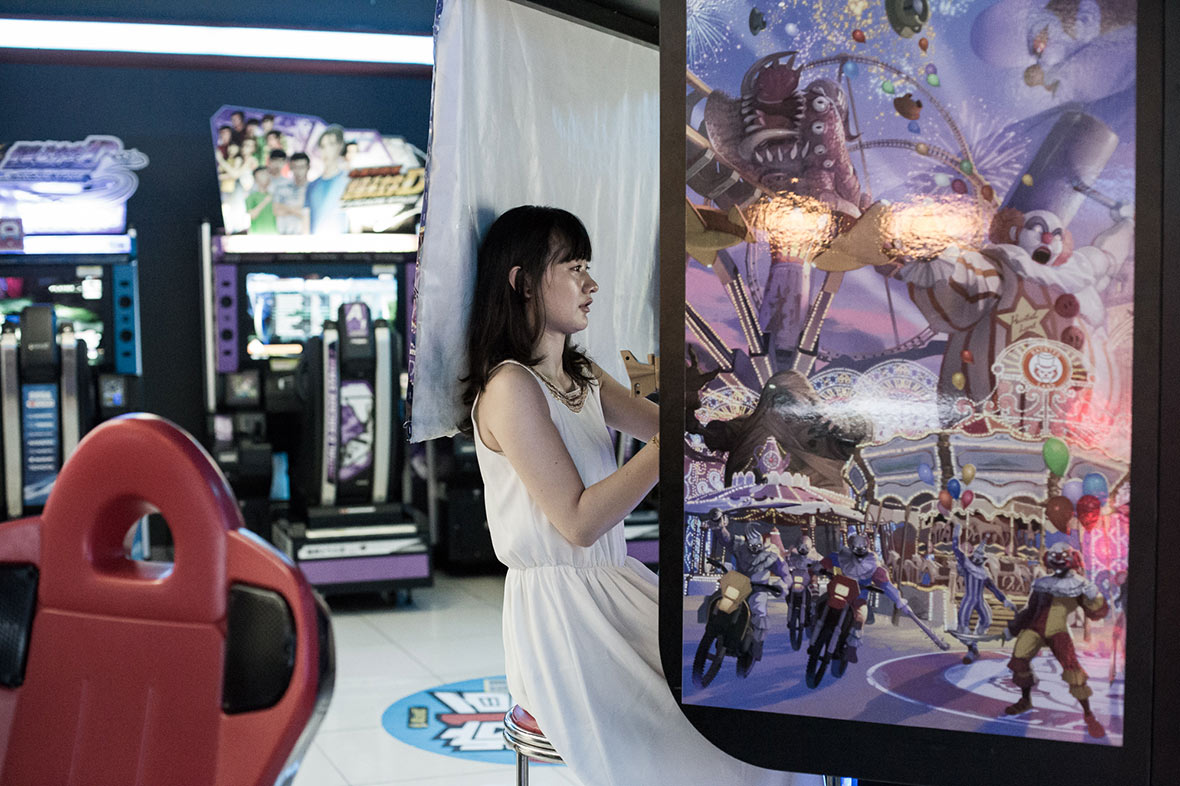 The Beijing-based Portuguese photographer Ana Pinto, who is also an avid video game enthusiast, has been documenting arcades in Beijing, Shanghai, Guangzhou, and other Chinese cities, and the people that she encountered in them, for about two years now. Ana started this project partly out of curiosity and surprise that so many arcades still existed in China, but also partly out of her own nostalgia for such places. Many of the subjects that Ana would encounter seemed “completely absorbed in this world of colorful artificiality and constant stimulation of flashing screens, having become detached and oblivious of everything else around them.” 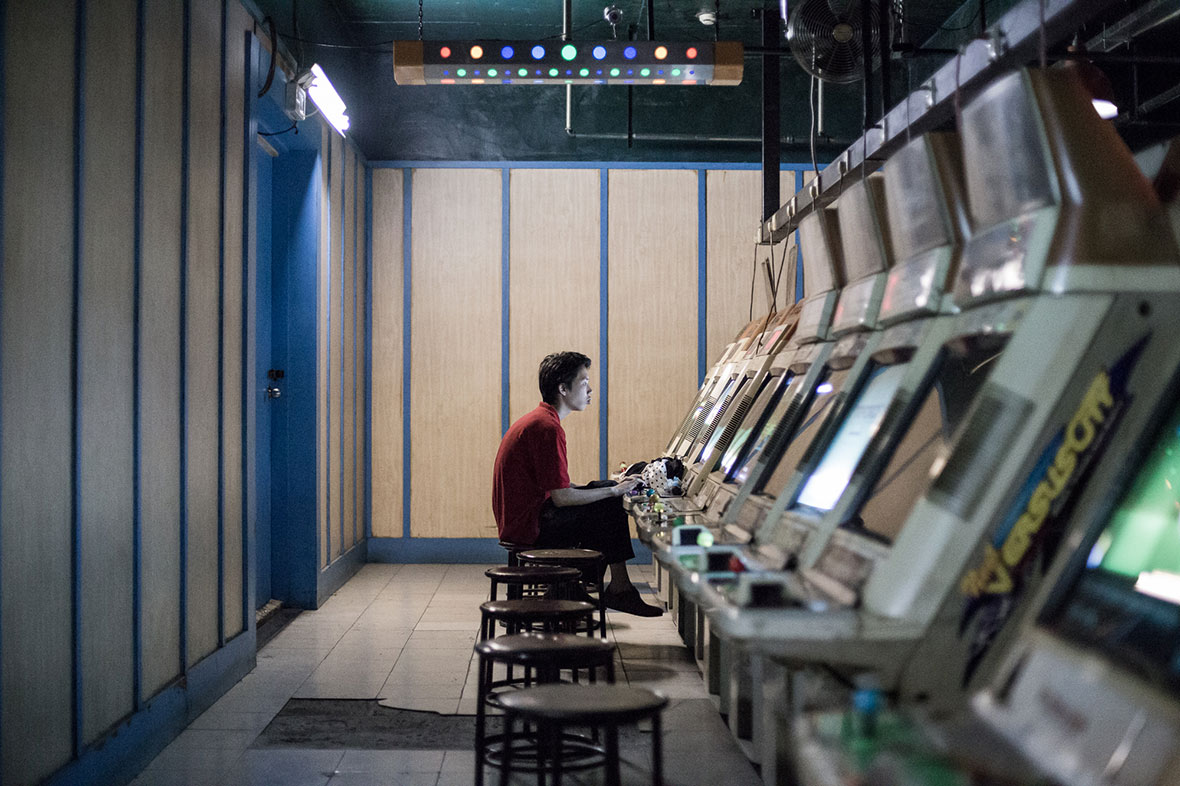 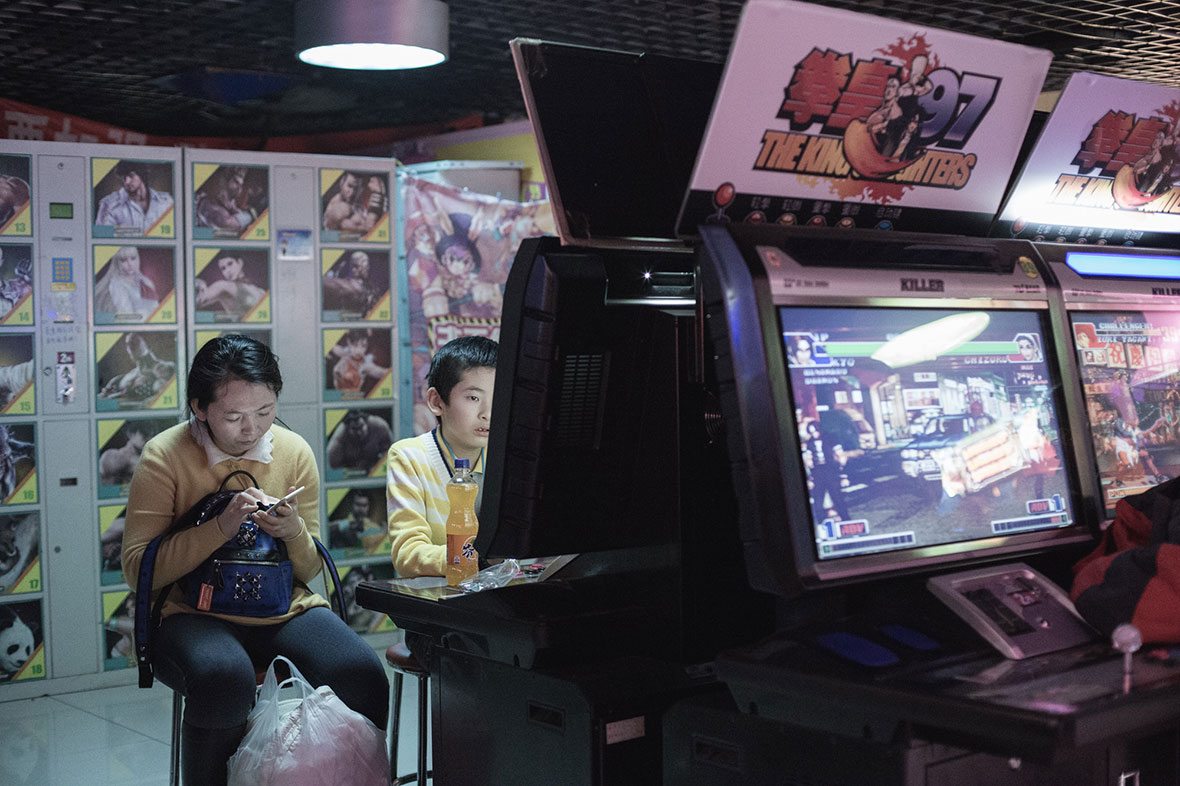 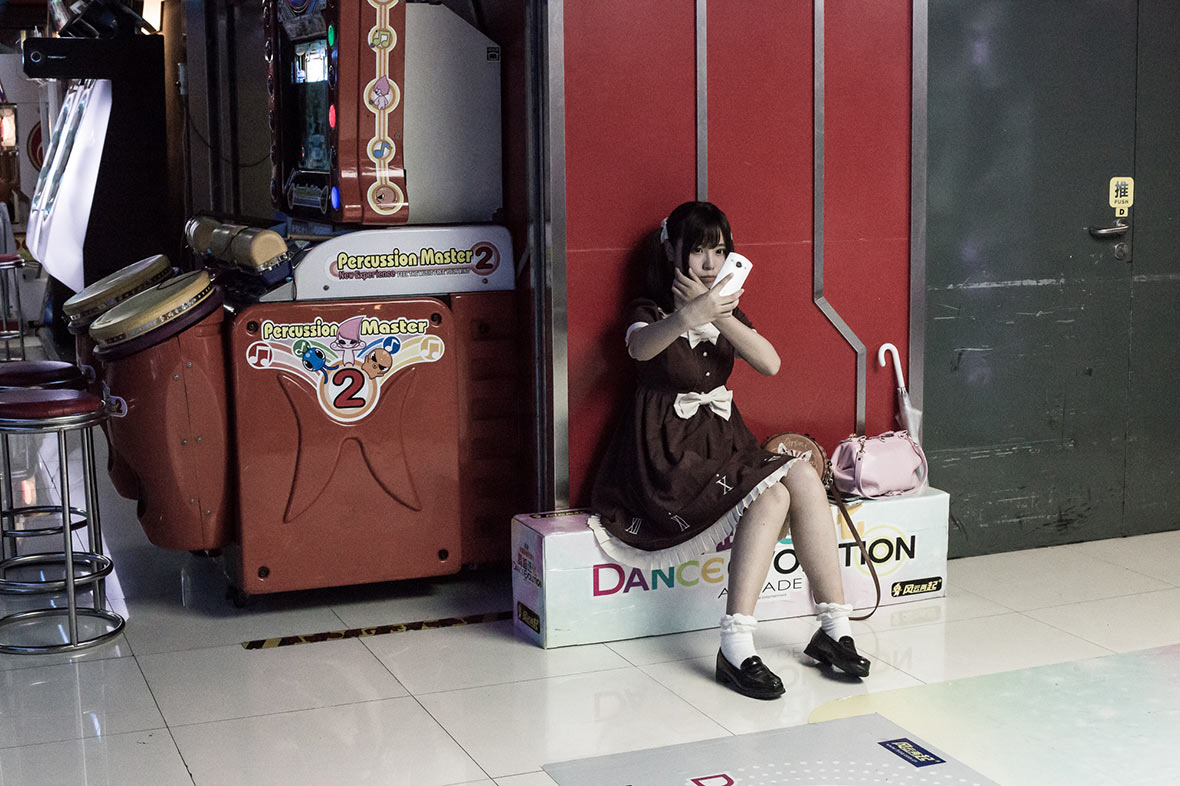 Usually when taking these photos, Ana tries to avoid disrupting or distracting her subjects, but on the occasions when she was noticed, it produced some interesting reactions. “All I can say is that the ones that did acknowledge my presence and intention would smile, giggle, or proudly try to show off their dancing skills,” Ana admits, “I definitely felt that the dancers – more than anybody else – loved being photographed. They felt special.” 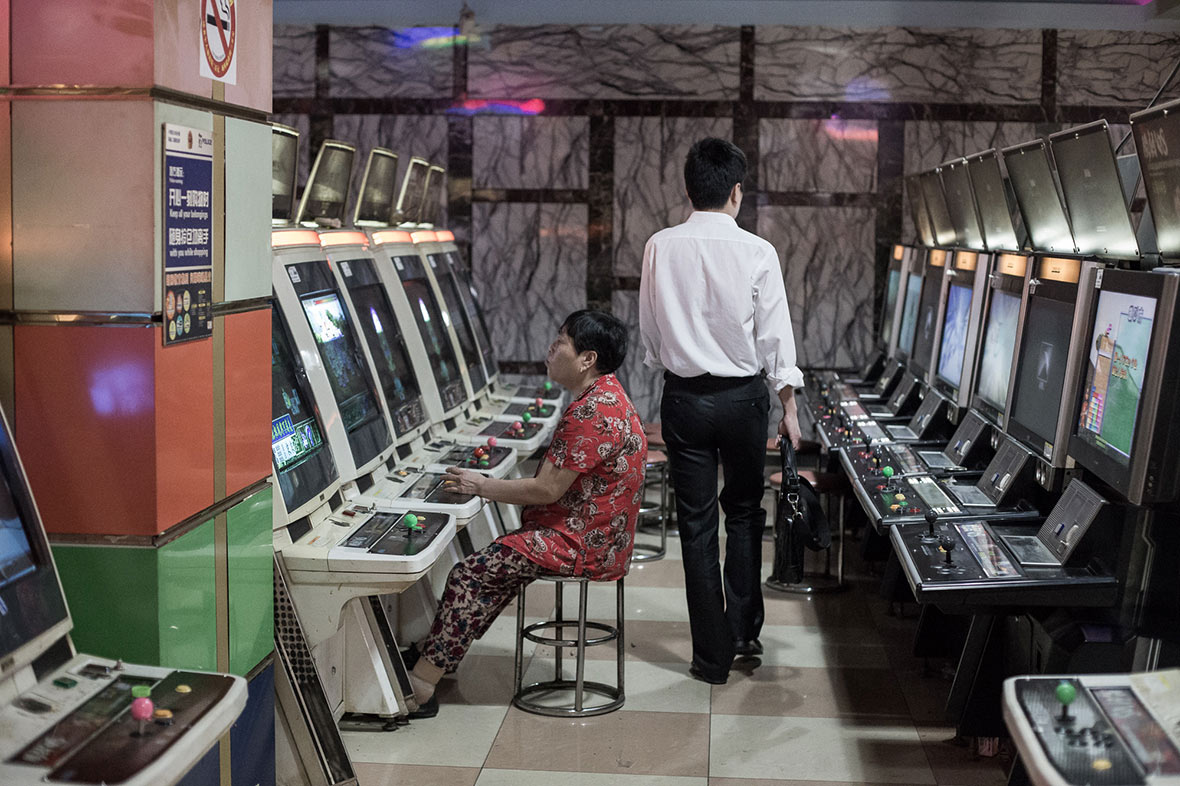 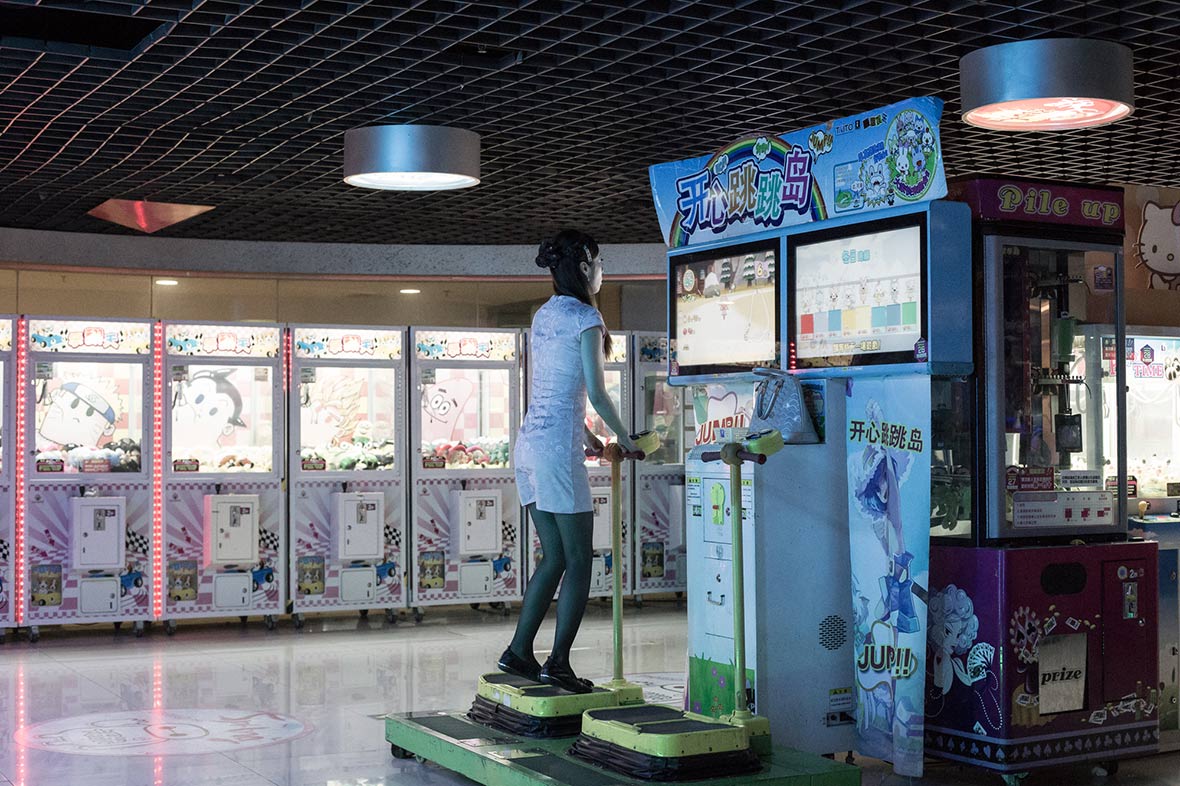 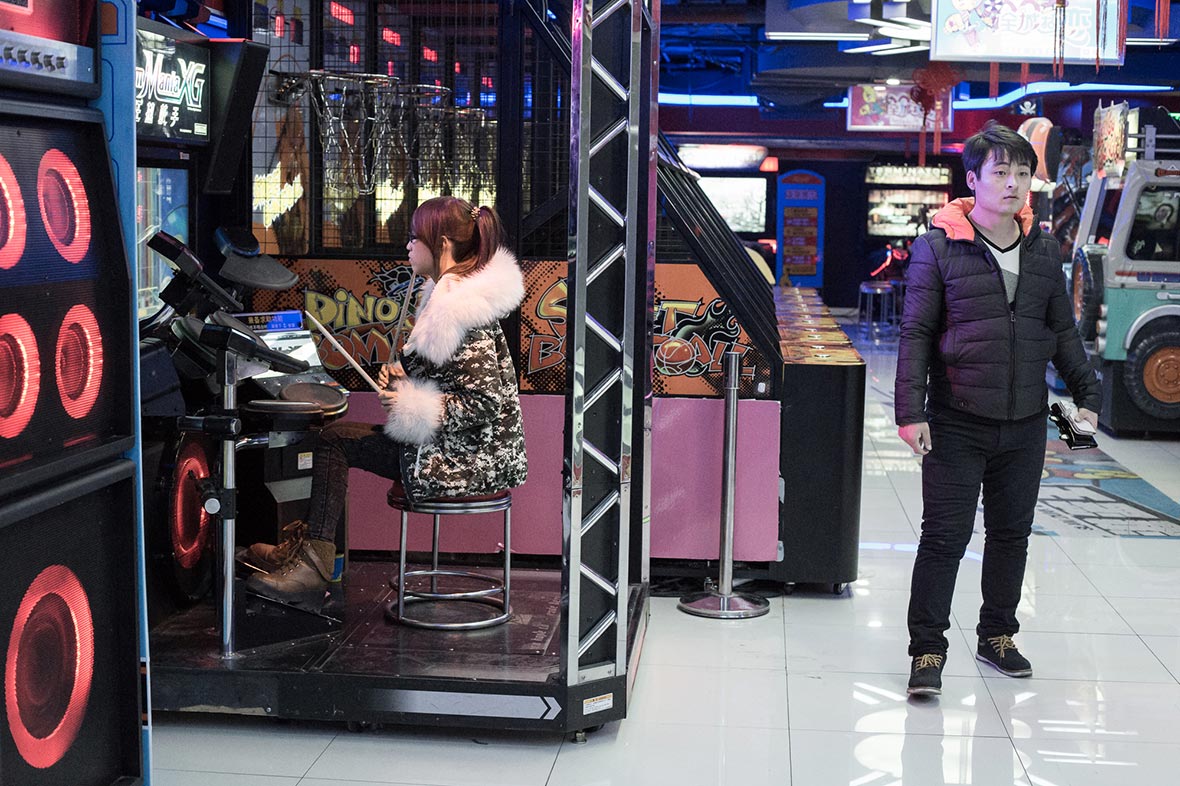 At first, Ana was surprised that arcades were still popular here, but after realizing that until very recently home consoles were banned, it made a lot of sense. She was also especially impressed with the popularity of dancing games like Dance Dance Revolution, and how some people would play the game as a way to keep fit, sometimes even showing up at the arcade in their gym clothes. “I also became acquainted with the Chinese fishing game, which is used for gambling,” Ana tells us, “and actually, some arcades in China only serve as a front for such illegal practices, and I ended up running into some of them.” 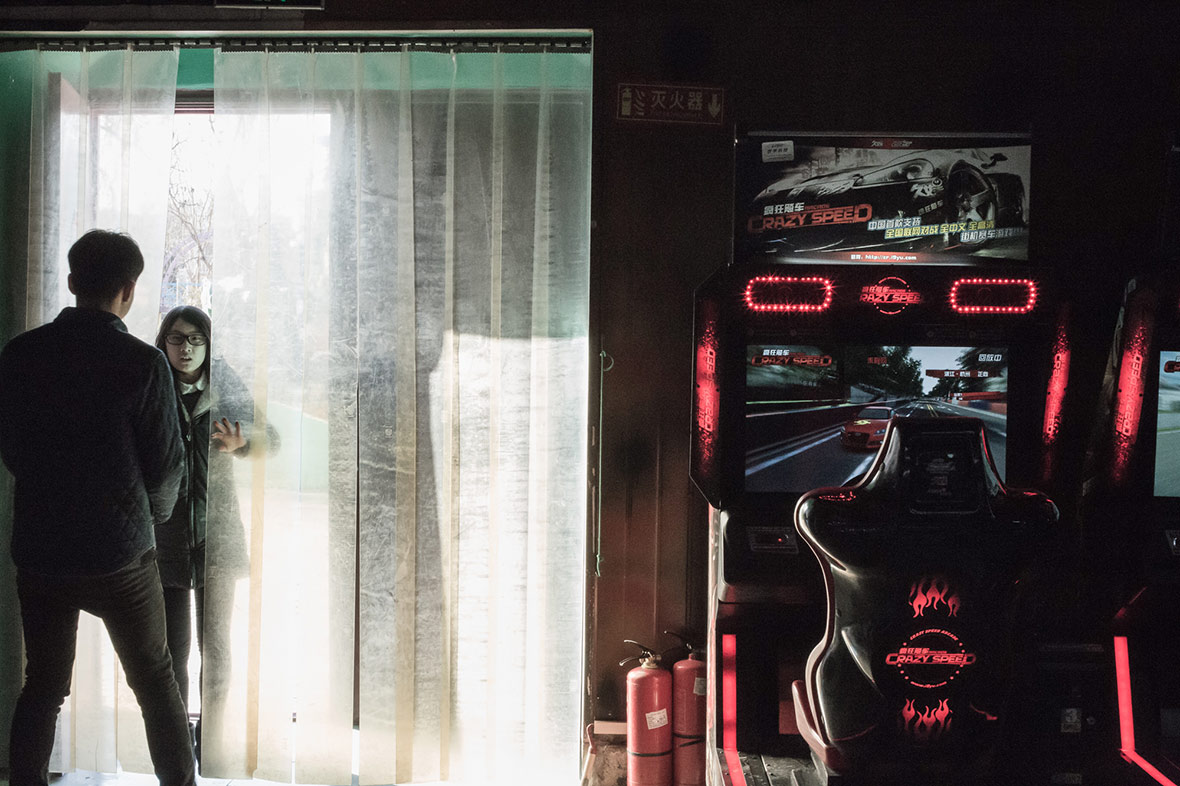 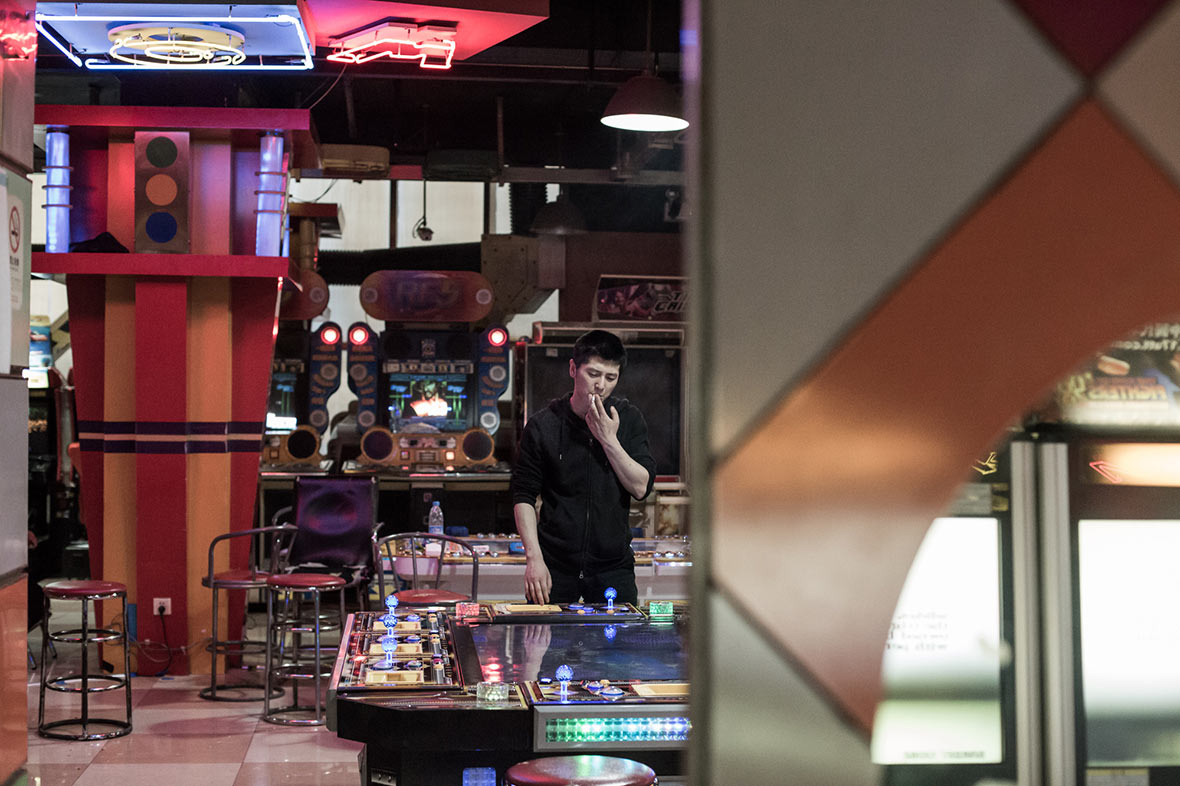 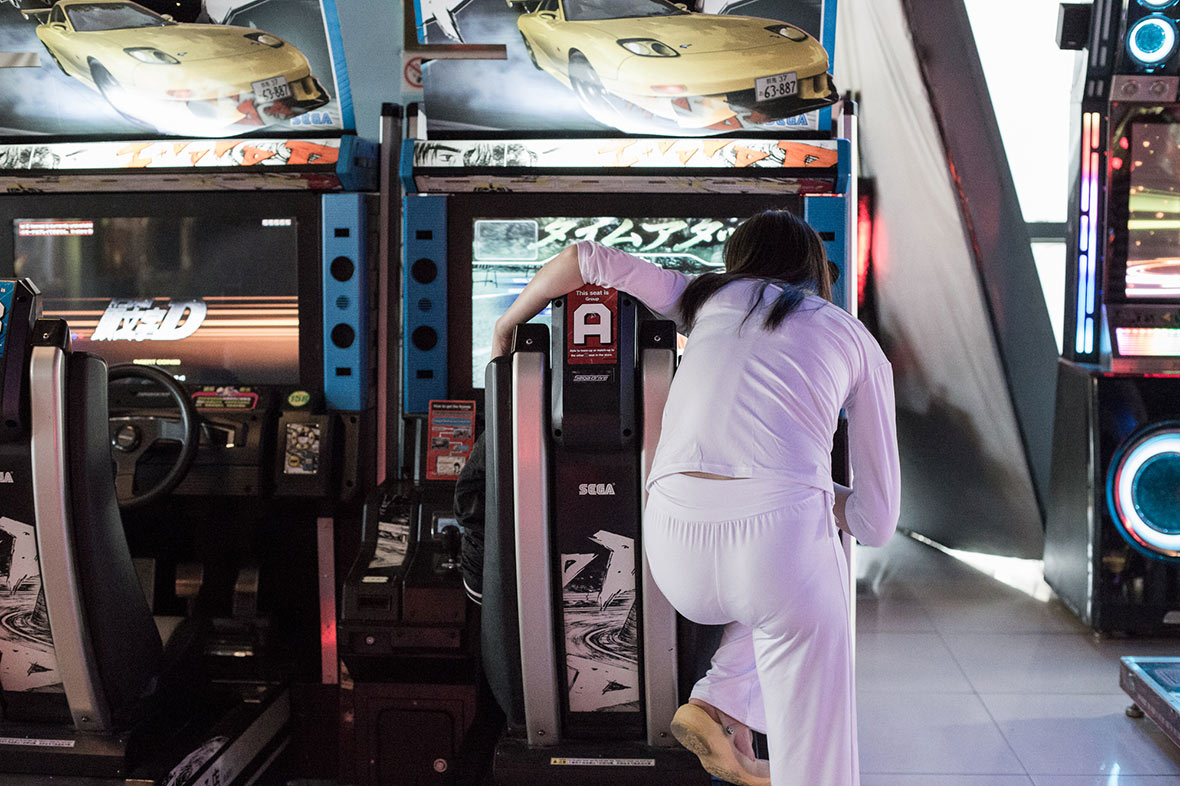 Now with the increasing popularity of home consoles and smart phones, China’s arcade market will inevitably face some decline. But as a consumer, Ana believes that the arcade experience is irreplaceable and unique. When thinking about its future, she ponders, “as long as there are nostalgic enthusiasts, who knows? The U.S. has been experiencing a minor arcade resurgence. It is like with Polaroids and vinyl records. People love revivals.” 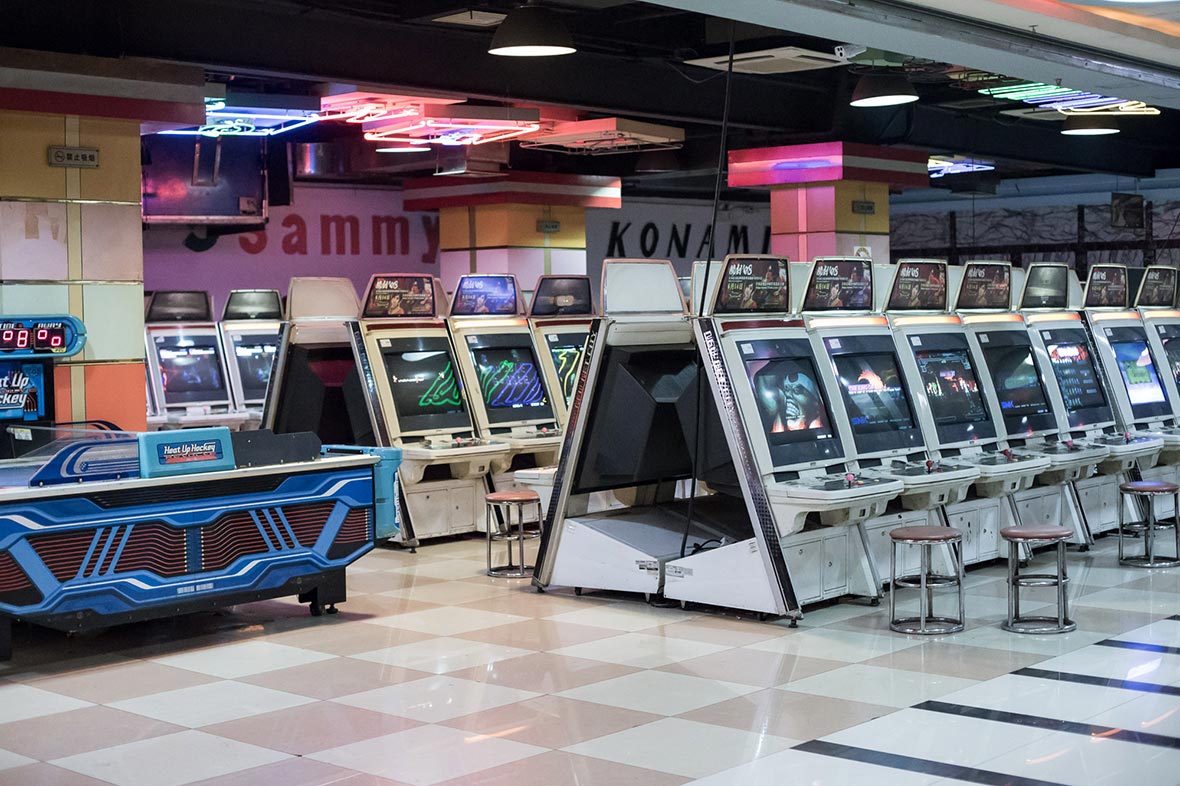 These photos, in addition to capturing the nostalgia associated with the video games from our childhood, also draw attention to the great and significant cultural relevance of video games. Her series of candid portraits Game City examines our sometimes conflicting relationship with technology, reiterating our relentless engagement with screens, which she doesn’t “necessarily perceive as a negative thing – but as an interesting and inevitable force that will shape things to come.”