In celebration of Chinese New Year, Beijing-based graphic designer Liam Lee recently released a poster comprised of the Chinese characters fu (福), lu (禄), shou (寿), and xi (禧). The significance of these four characters comes from their appearance on spring couplets and their widespread usage as an auspicious greeting for family and friends during New Year celebrations. Lee deconstructs the familiar blessing into individual characters and restructures them into separate phrases to expand on their meaning. Fu, forms fu hai (福海), which means a world of happiness; shou forms the phrase shou shan (寿山), which is a blessing for longevity; xi forms xi qi (喜气), which means jubilant delight; and lu forms the phrase feng lu (丰禄), which wishes for good fortune and wealth. As a call out to his own Mongolian ancestry, Lee also included a Mongolian translation alongside each Chinese phrase. 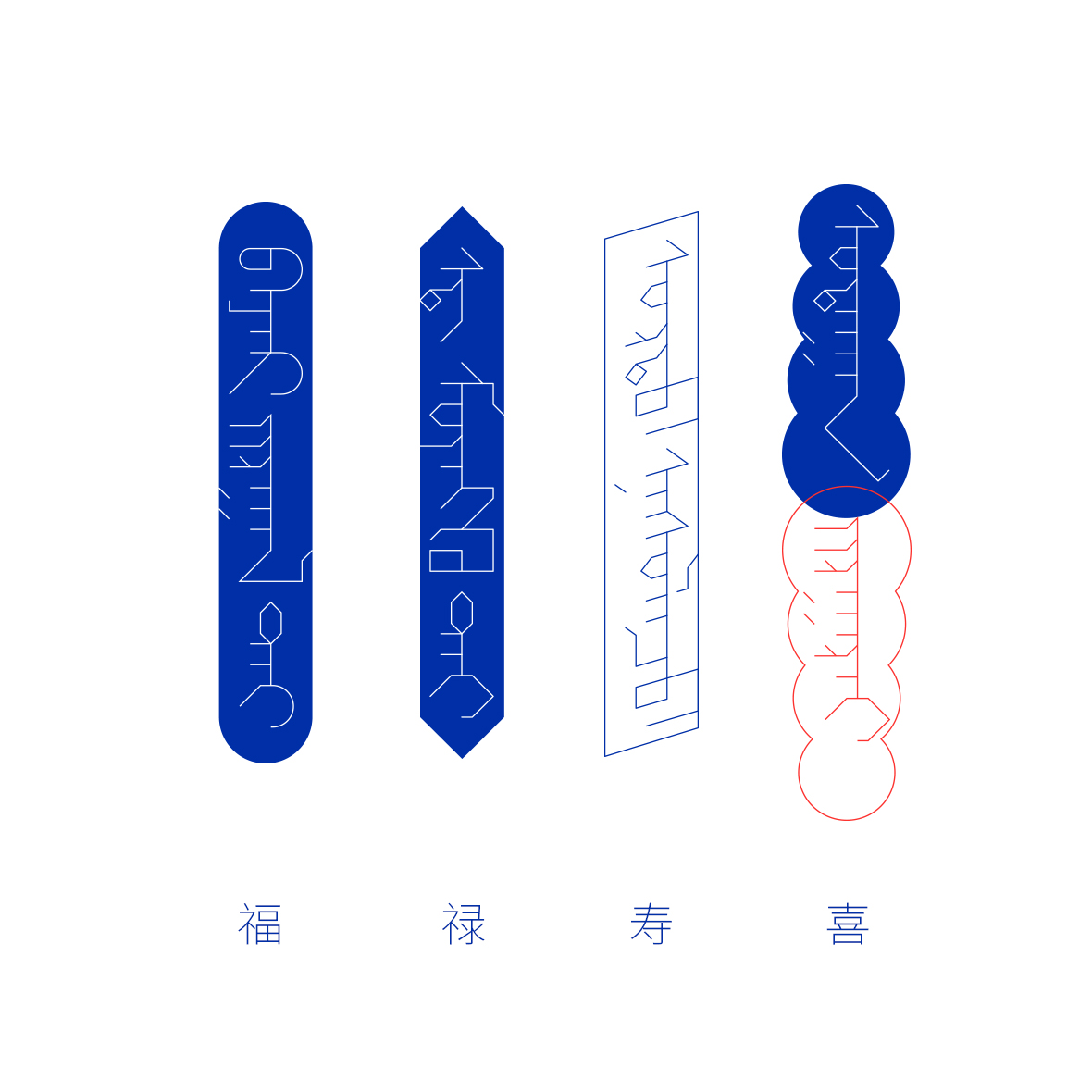 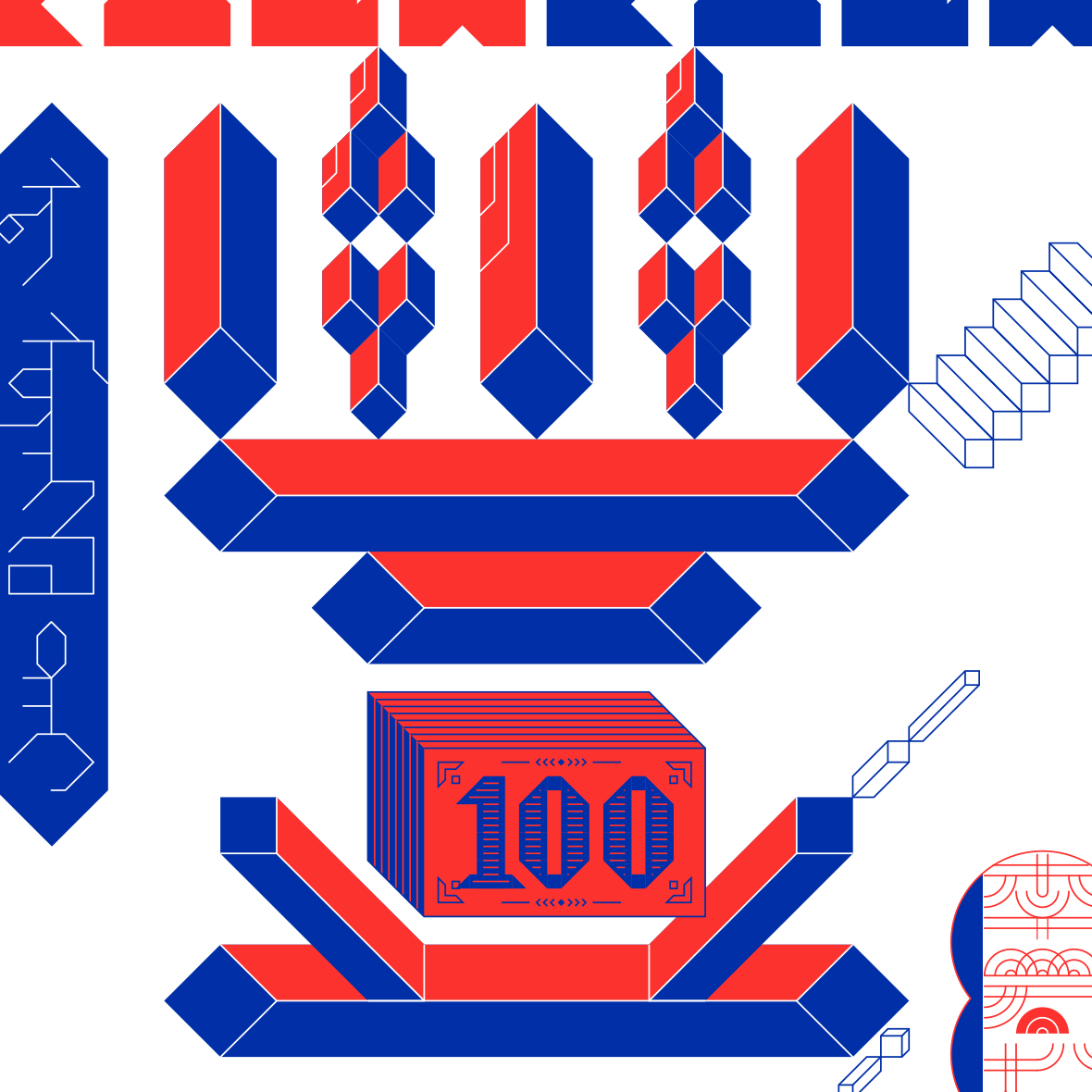 Being a veteran designer who’s worked in graphic design for over a decade, this latest project is an impressive showcase of how his unique compositional style and eye for geometry has developed over the years. While graphic design is his bread and butter nowadays, prior to his official foray into the field, he worked alongside Yue Xin in 2001, a trailblazer in the world of Chinese type design. “I was also exposed to the works of Nod Young around that time, so it’s safe to say these two have greatly influenced all of my design work, and for that, I’m immensely grateful to both of them,” he says with a warm smile. “Even though many of my designs are heavily influenced by calligraphy, I actually don’t come from a background in the discipline. I’m first and foremost a graphic designer, but I enjoy and feel inspired by calligraphy of all forms. When I work, I often find myself referencing the stroke order, pen movements, and composition of old Chinese calligraphy.” 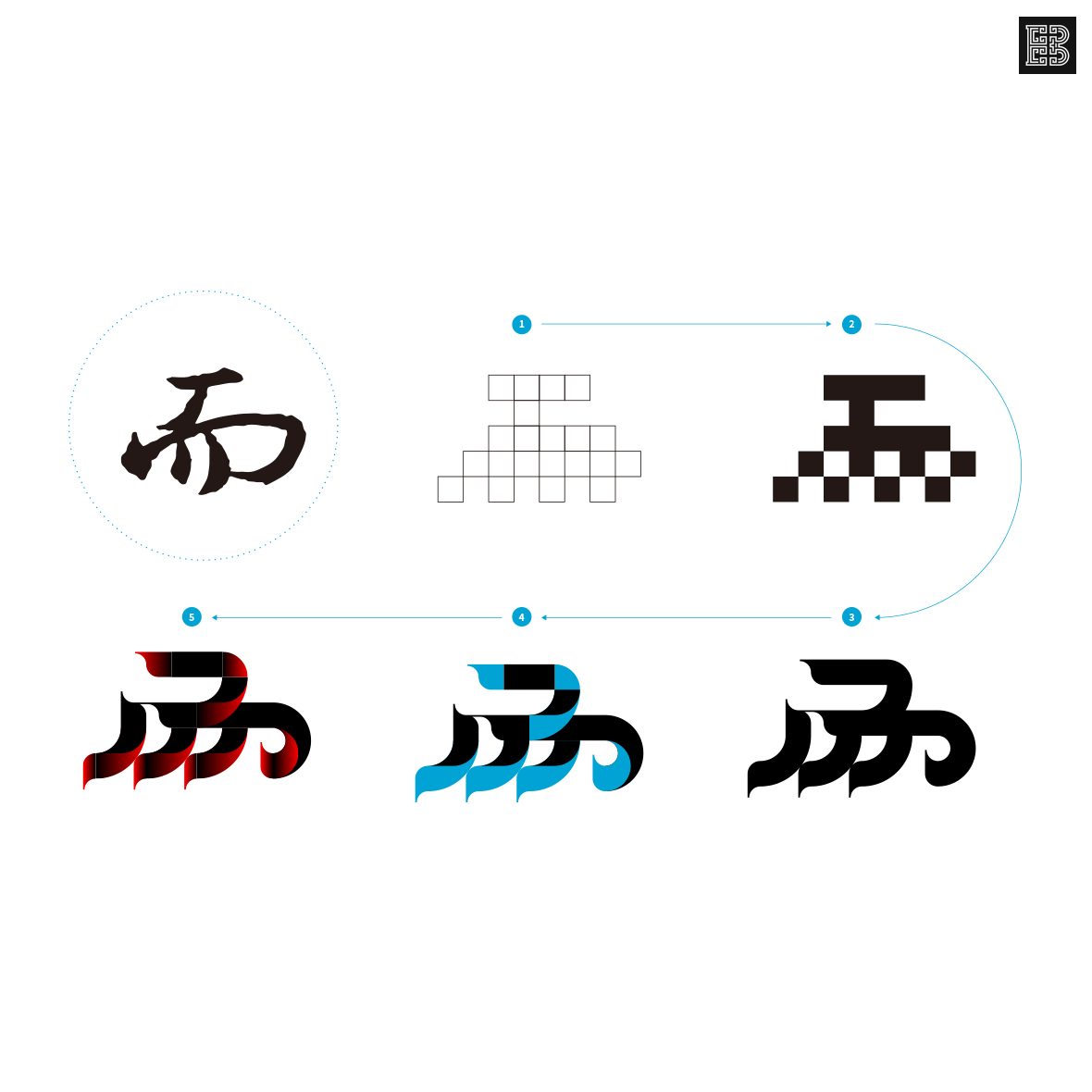 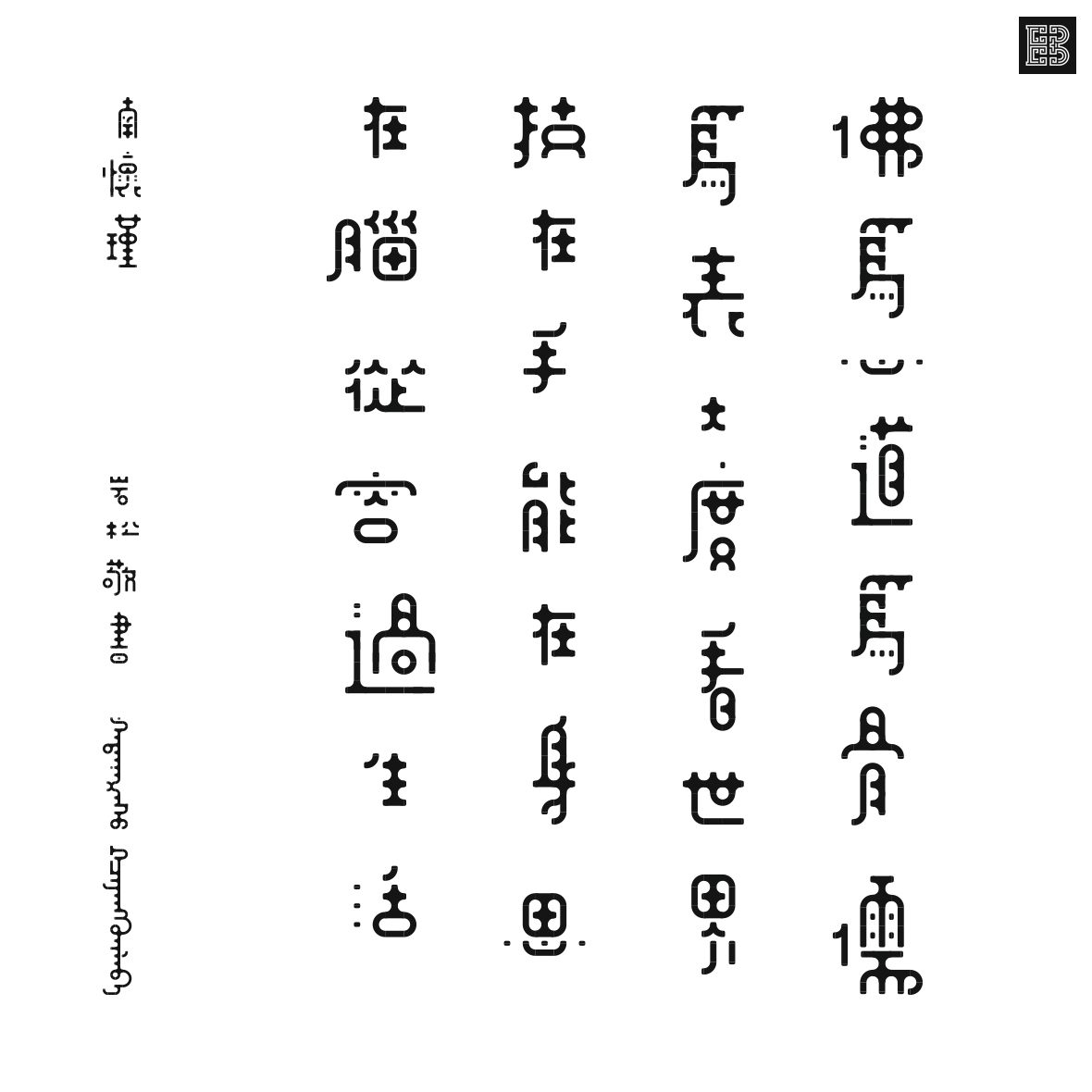 As the result of his diverse influences and an ongoing passion for a wide variety of calligraphy, Lee’s designs rarely stick to one uniform aesthetic. He unabashedly extracts concepts and techniques from graphic design and wields them as building blocks for his calligraphy-inspired works. “I especially like to design in grids – any shape or density,” Lee explains of his methods. “I work and think in geometric shapes but I like to try and conceal specific patterns in my end design. I like to keep it interesting by experimenting and seeing what I can come up with.” 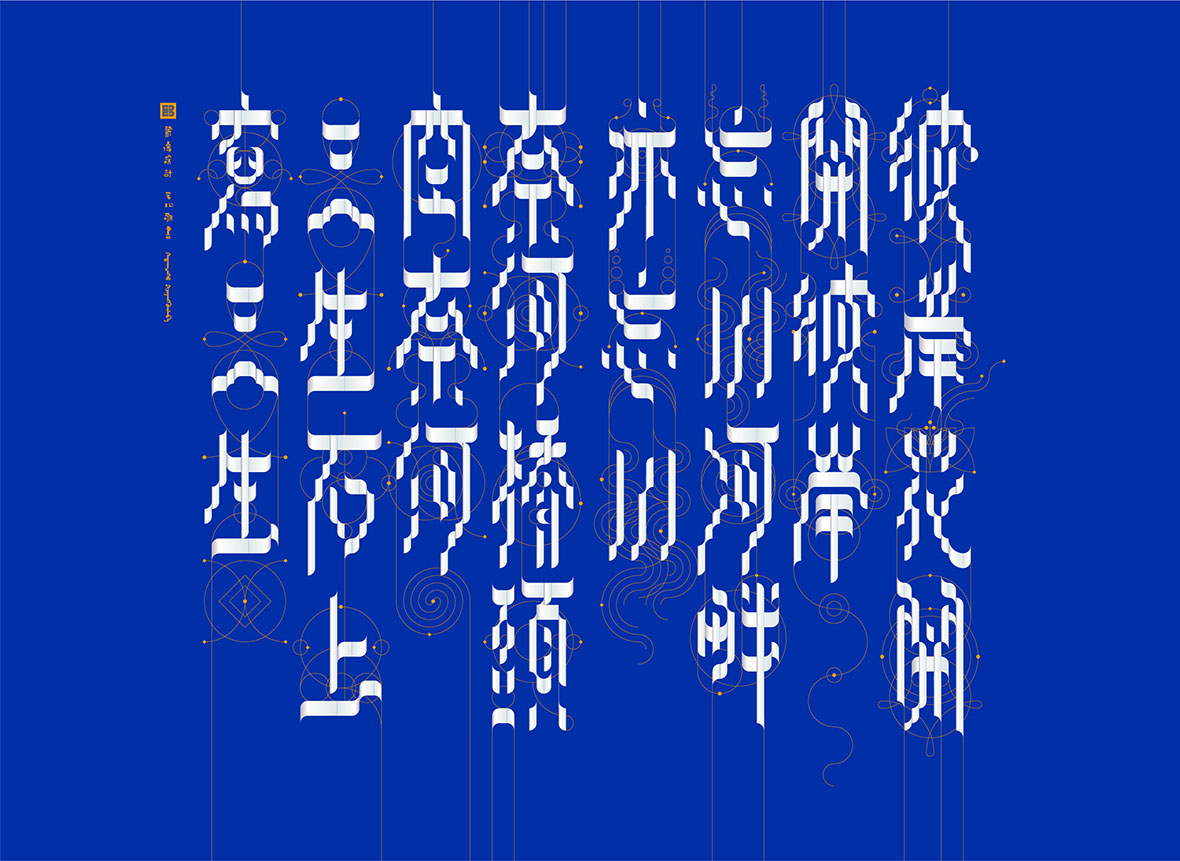 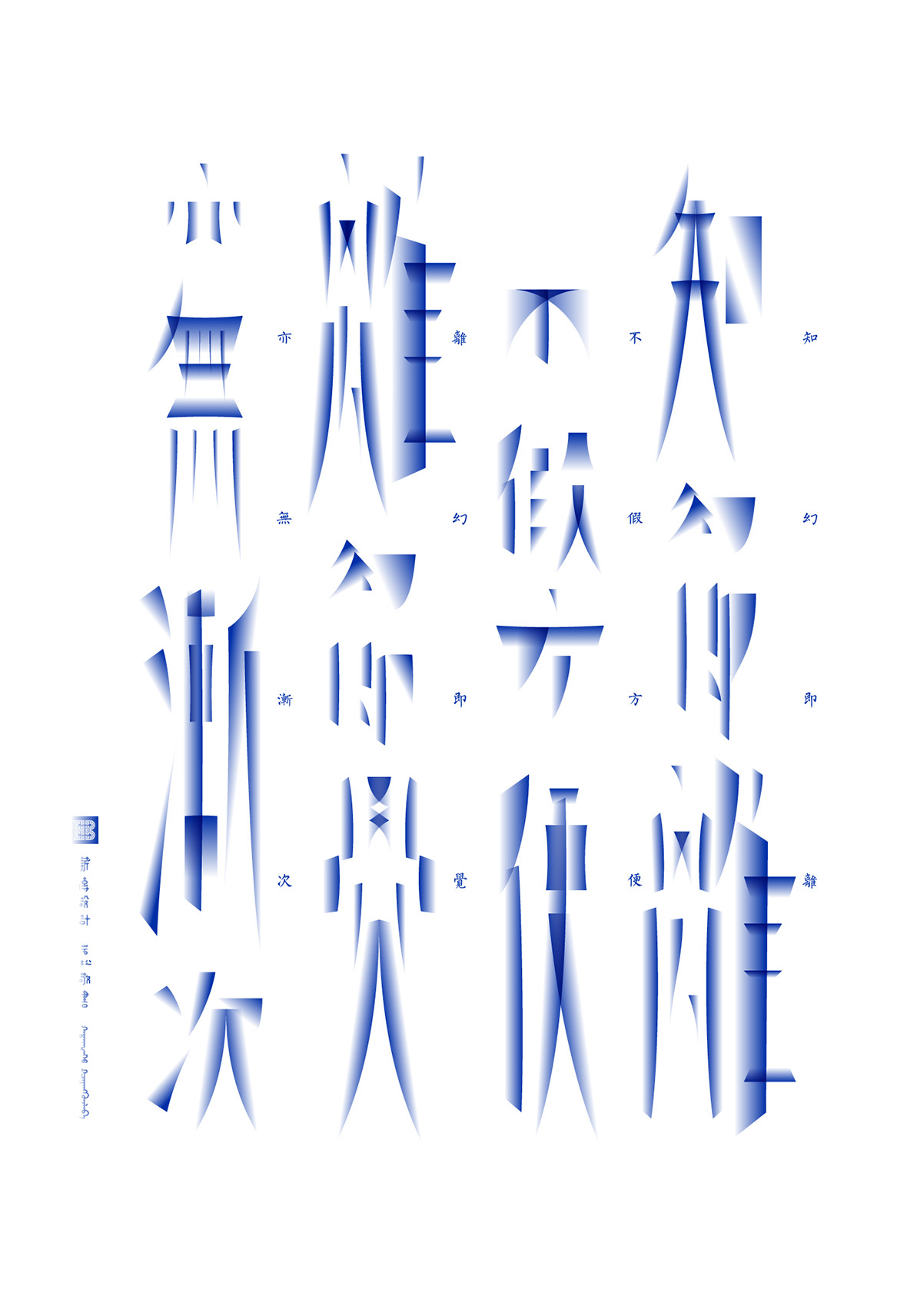 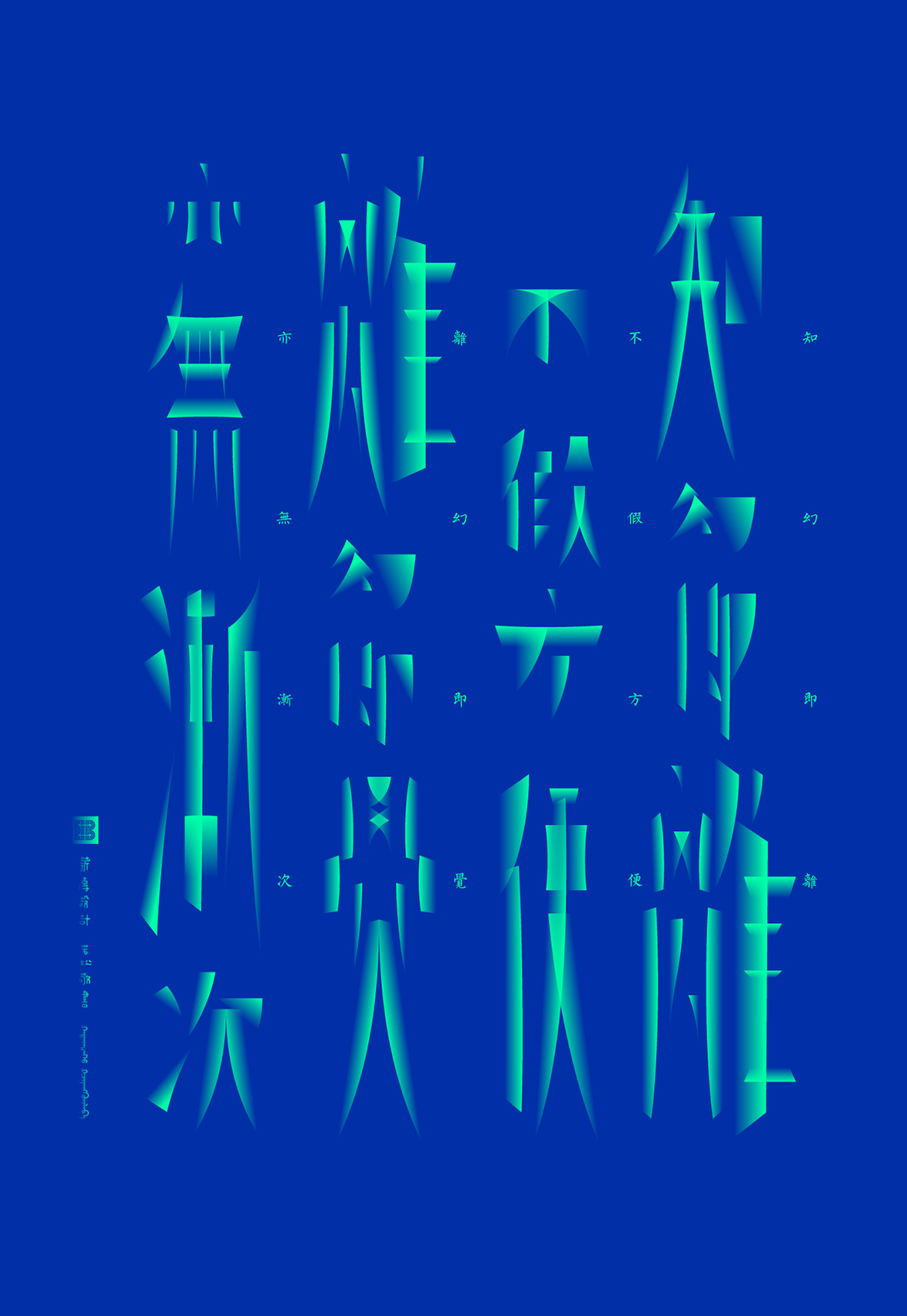 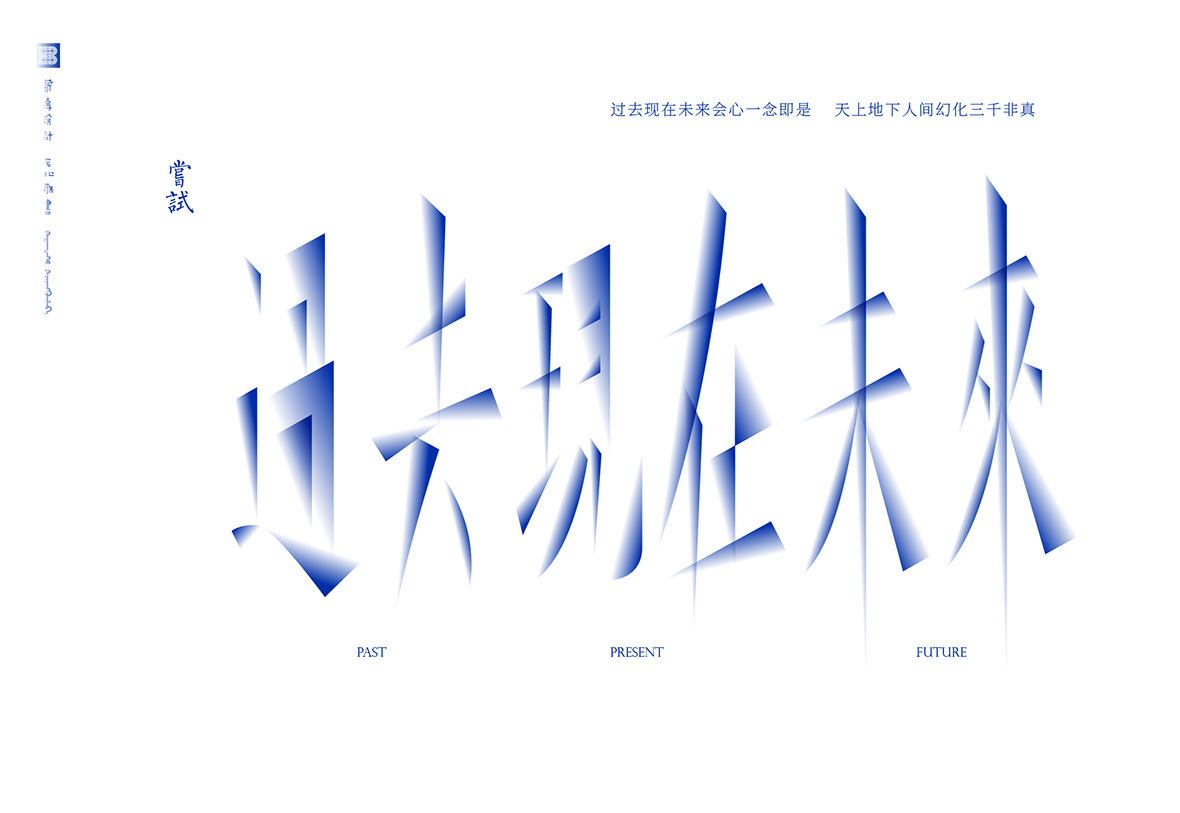 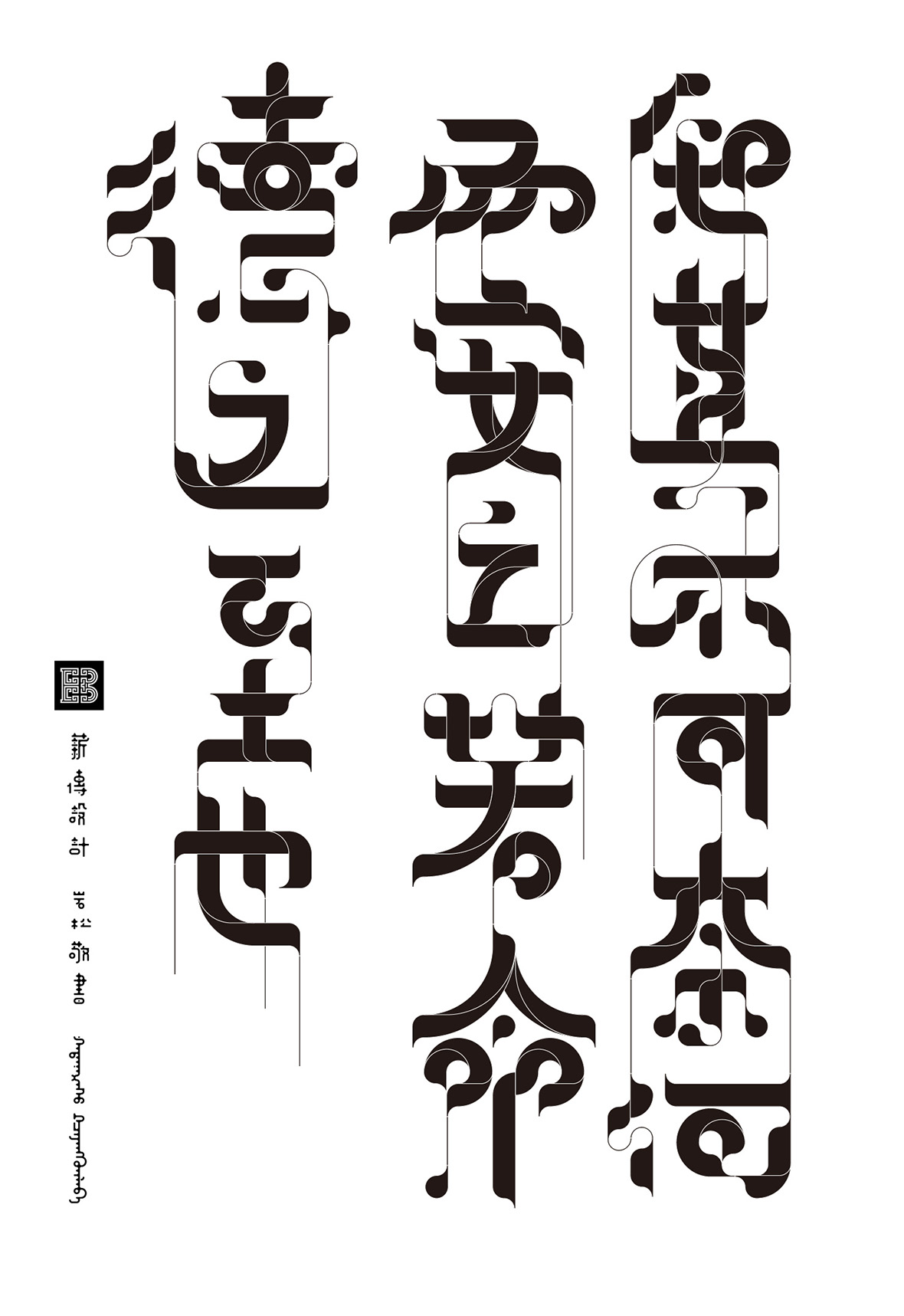 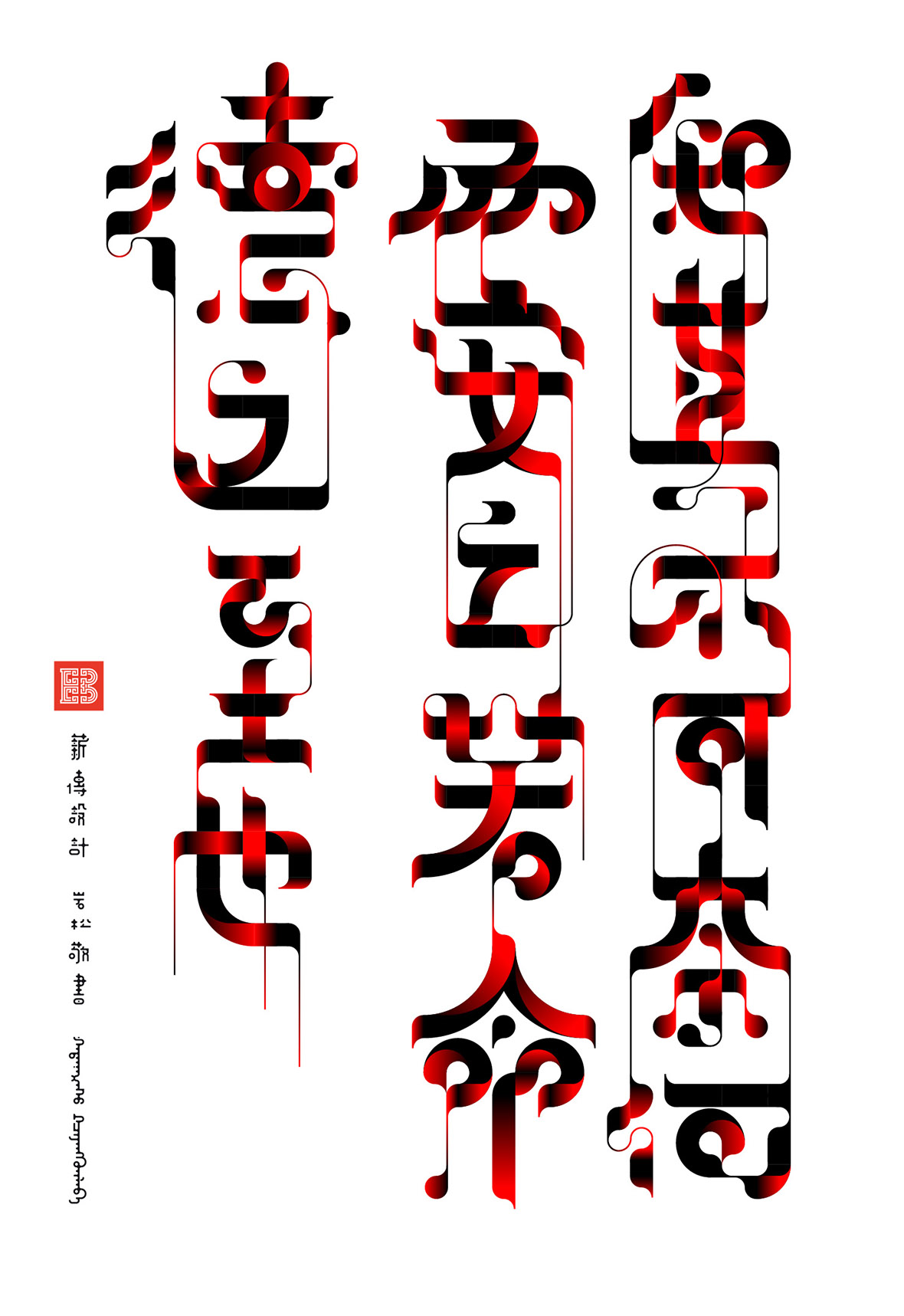