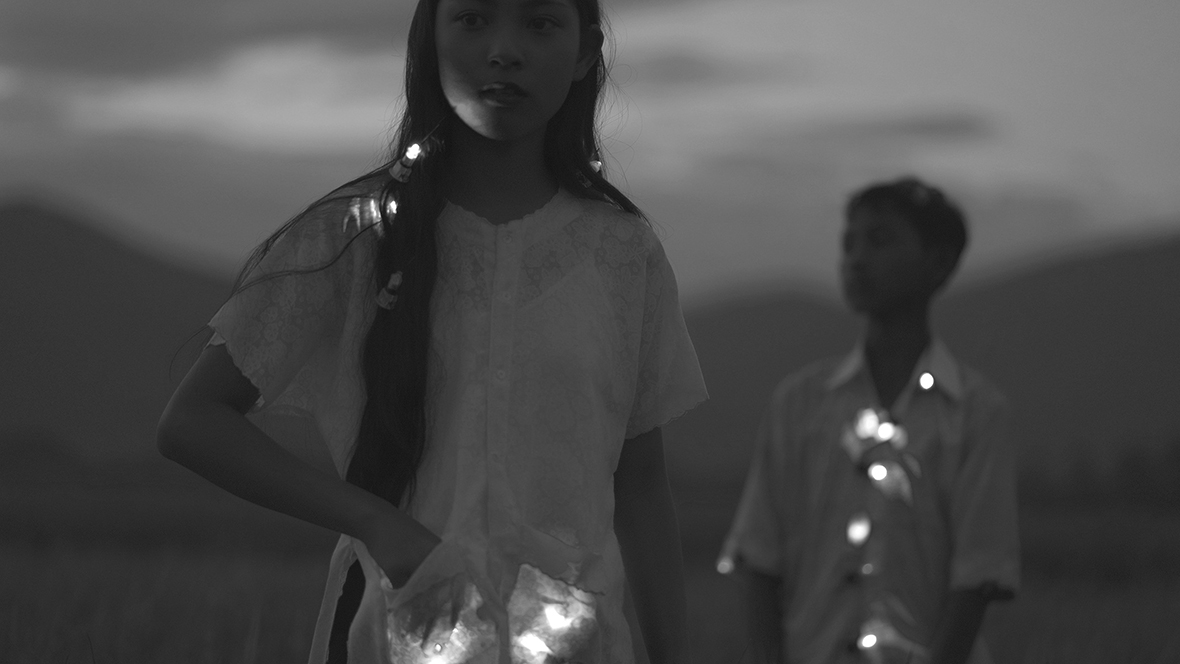 A multimedia artist who lives in Ho Chi Minh City, Phan creates pieces that are deeply engaged with Vietnam’s past, and some historical background is required if you want to make sense of her art. 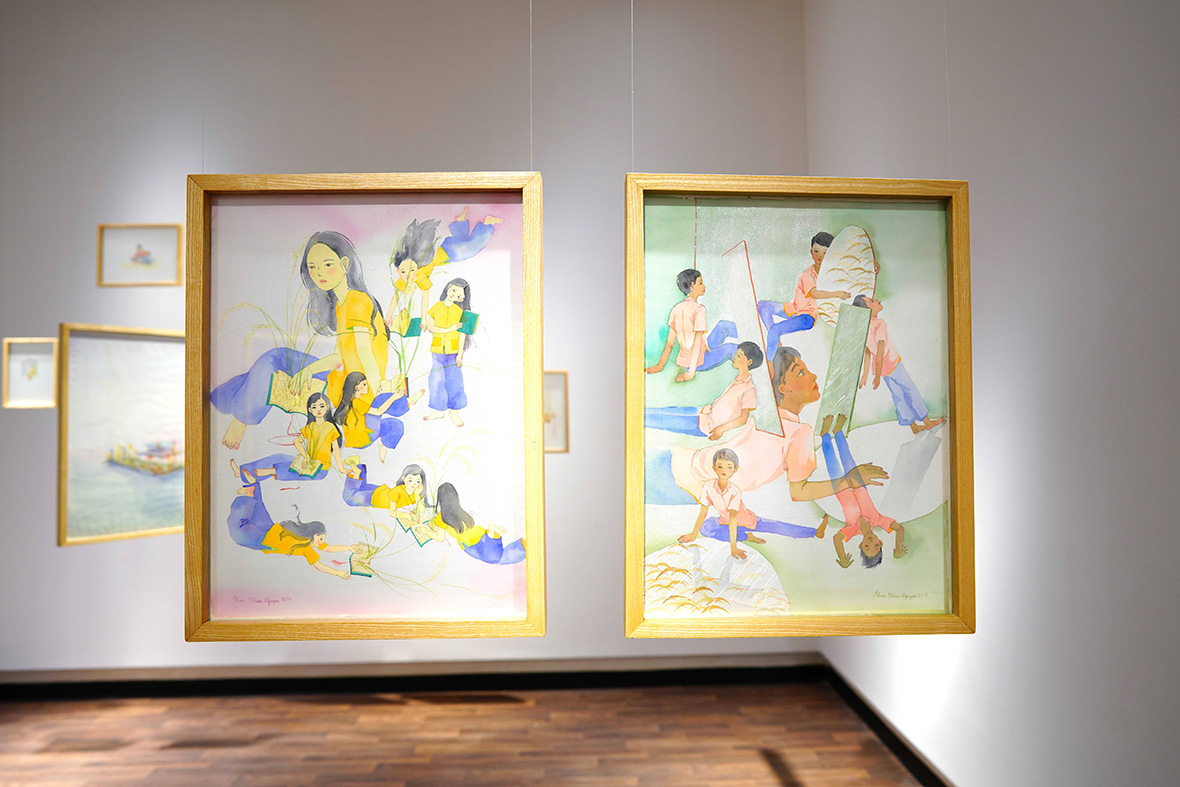 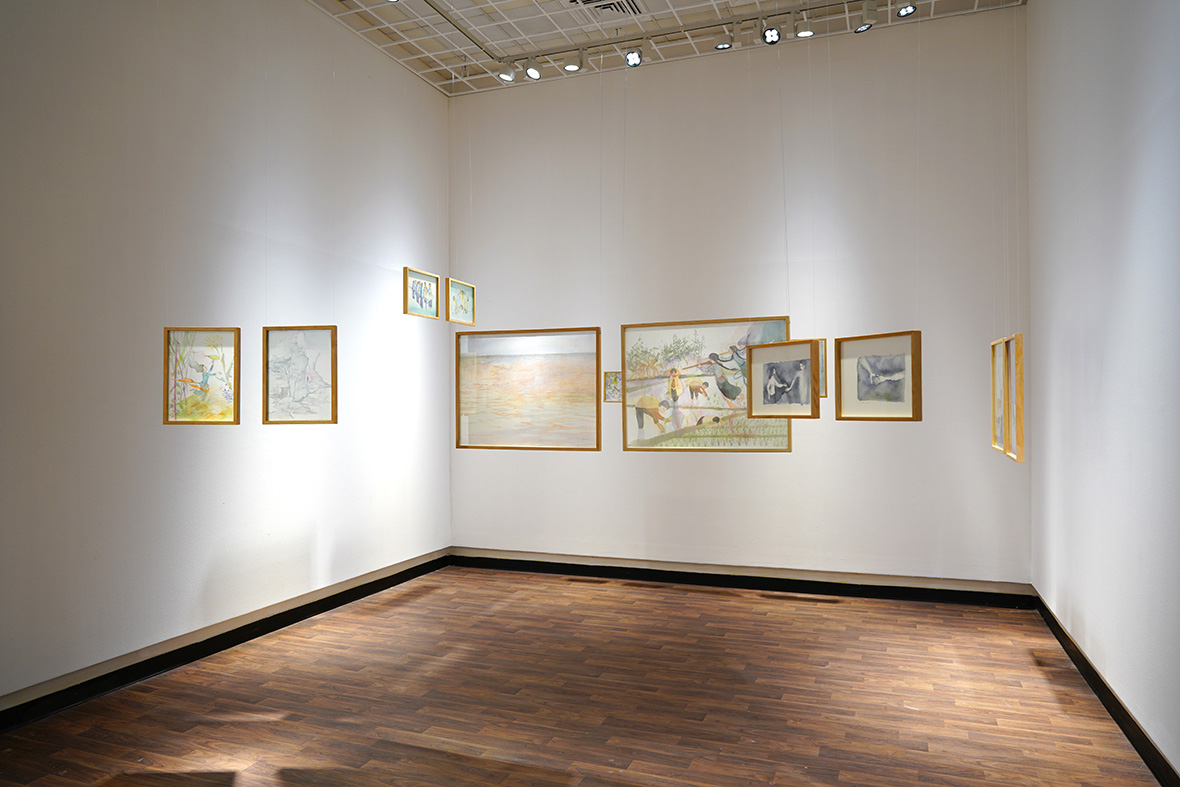 Phan’s contribution to this year’s show is a mixed-media exhibition titled Mute Grain, a trilogy of works that uses video, photographs, paintings, and installation to tell of a historical tragedy little discussed outside Vietnam: the Red River Famine of 1944-45. During the Second World War, the Japanese army occupied Vietnam under the pretext of freeing it from colonial rule. To ensure supplies for the war effort, they forced farmers to grow jute, cotton, and other militarily useful crops instead of rice; the resulting famine killed perhaps more than a million people. “Years ago, I read a short prose piece titled Starved by To Hoai,” Phan says. “I was an adolescent, and the agony of this famine, compressed in a few printed pages, left a lasting impression on me.” 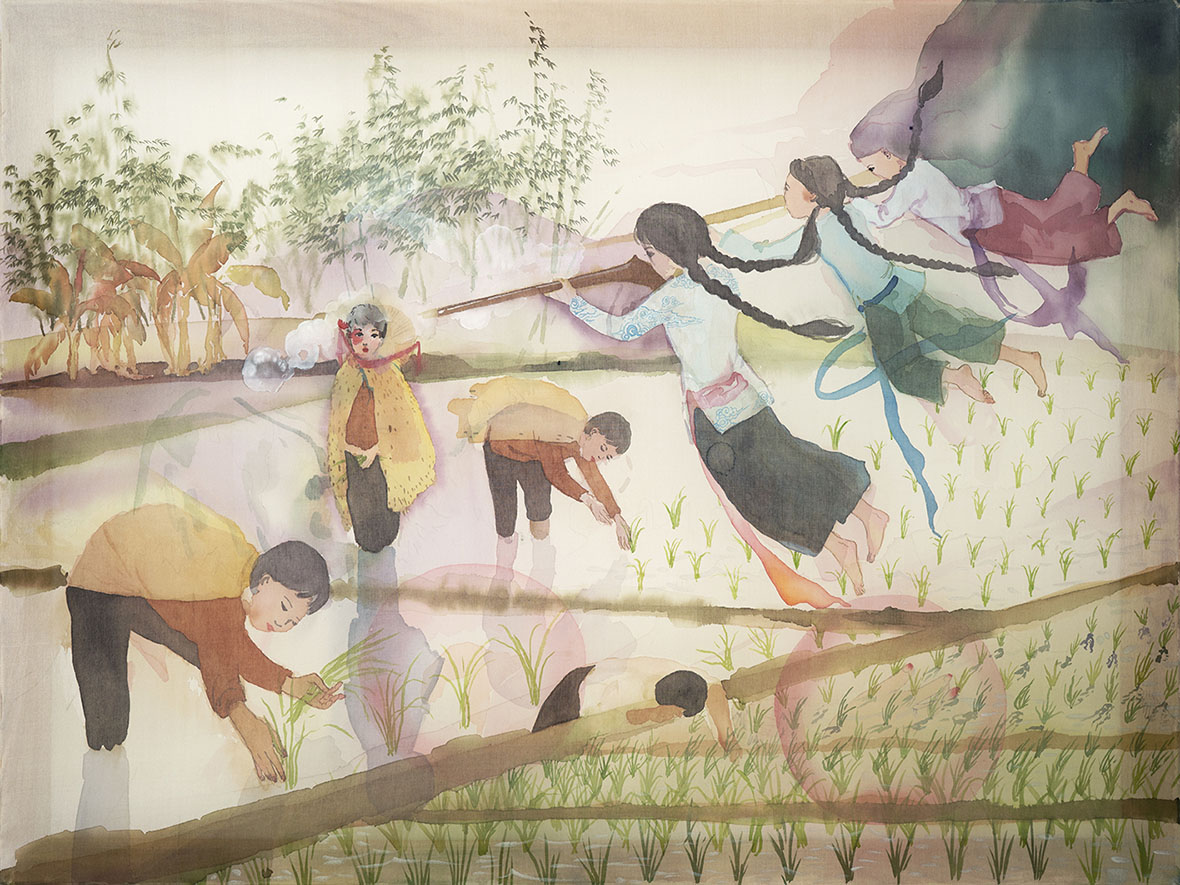 The centerpiece of Mute Grain is a three-channel video of the same name that tells the story of a dead young woman called August and her brother March. As March looks anxiously for his sister, unaware that she’s passed on to the spirit realm, August drifts between layers of time and space, searching for her place.

In Vietnam, which formerly relied on agriculture, “these are the poorest months of the year, when the new harvest is not ready and the rice and other food saved from previous seasons has already run out,” Phan explains. “March and August are a tenuous time in which farmers have to borrow money and rice and find other work to sustain their living.”

These two characters are also the protagonists of Dream of March and August, which is the second part of the exhibition. “While March looks in vain for the memories of his sister, they somehow meet in a dream-like world impossible to reconcile in reality,” she says. 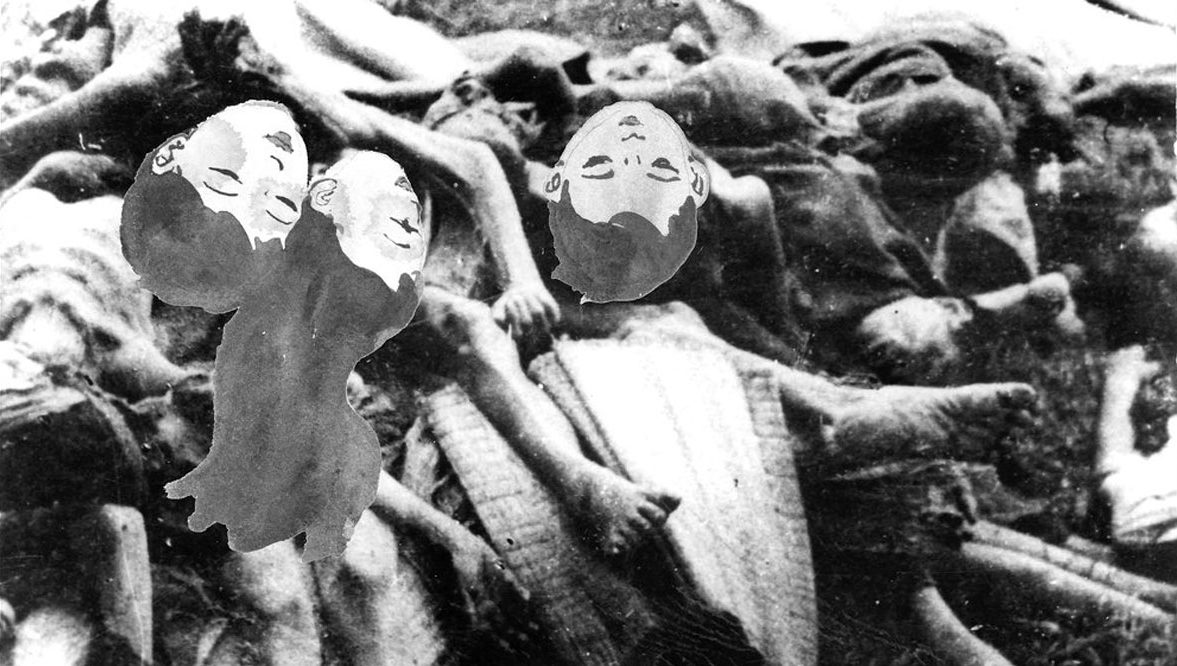 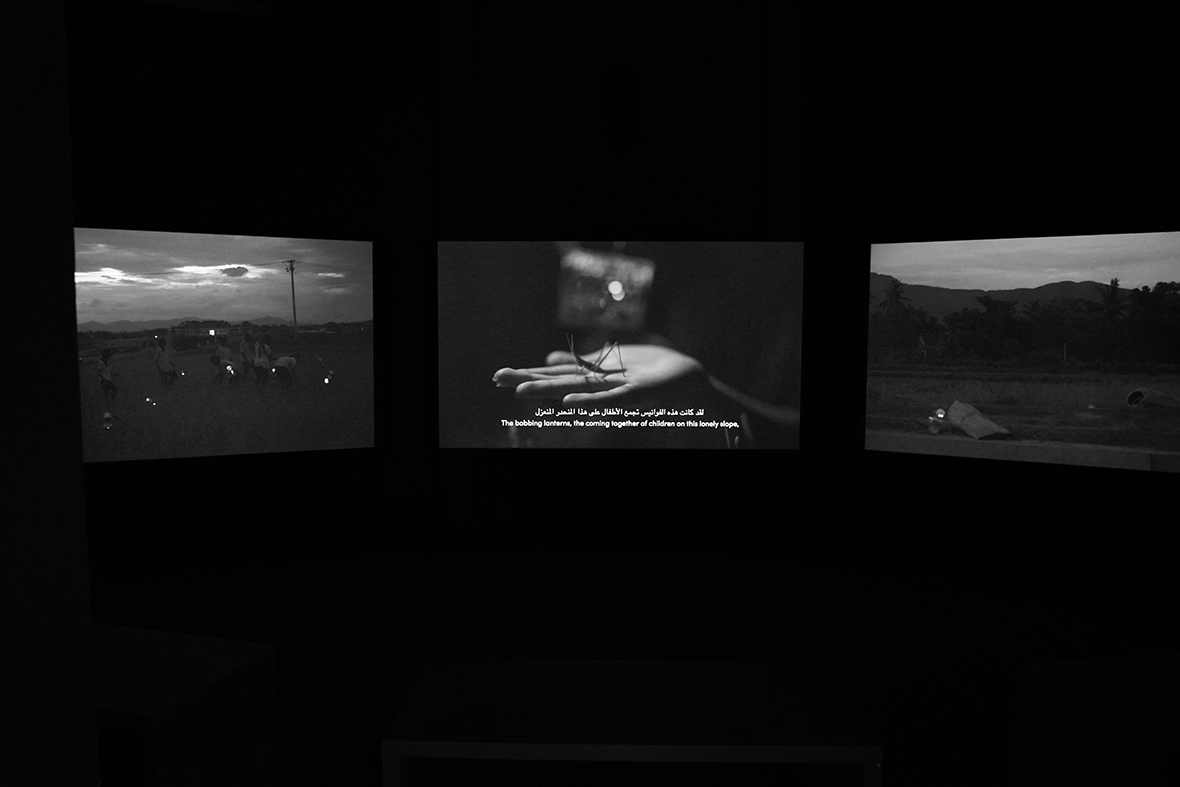 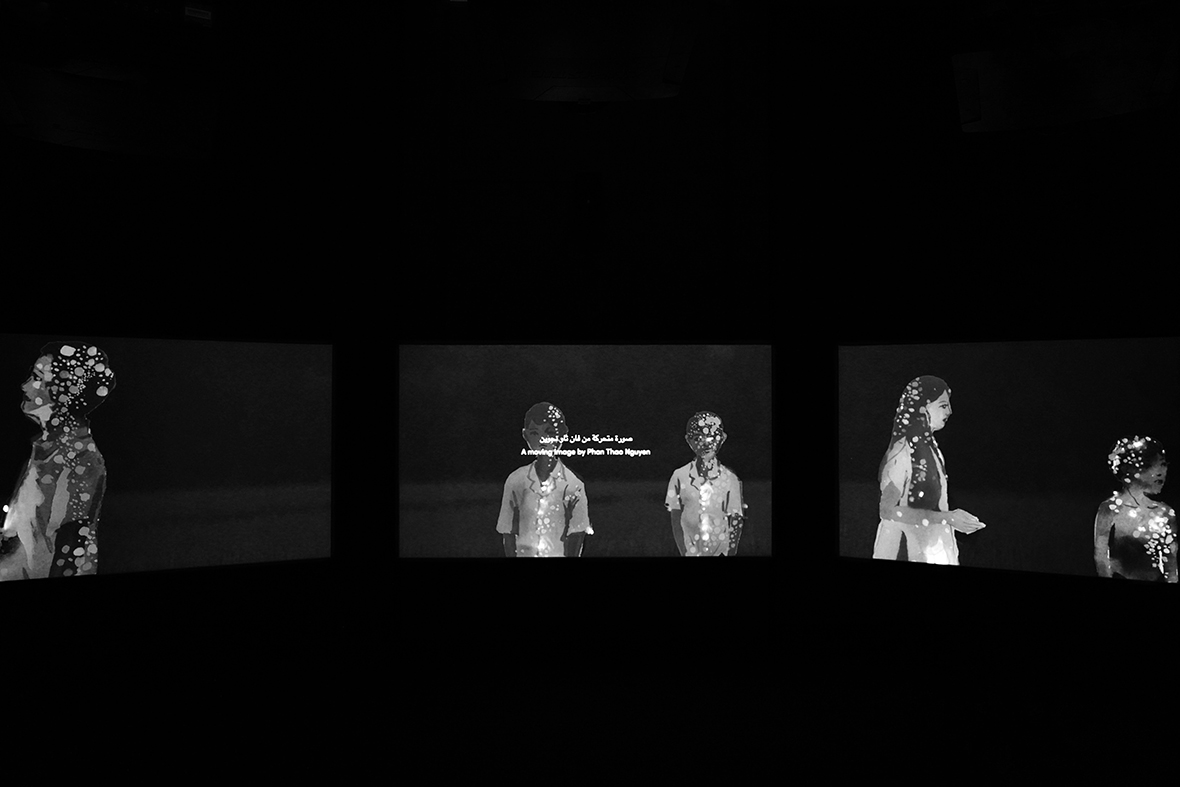 Phan’s third piece, No Jute Cloth for the Bones, an installation bridging the rooms containing the other two, likewise evokes the Japanese occupation of Vietnam, when jute was used to make burlap sacks. Every time someone walks through the installation, the jute stalks make a loud, crisp sound, as though cautioning viewers not to lose themselves in pretty illusions about the past, because behind them lies a cruel reality. 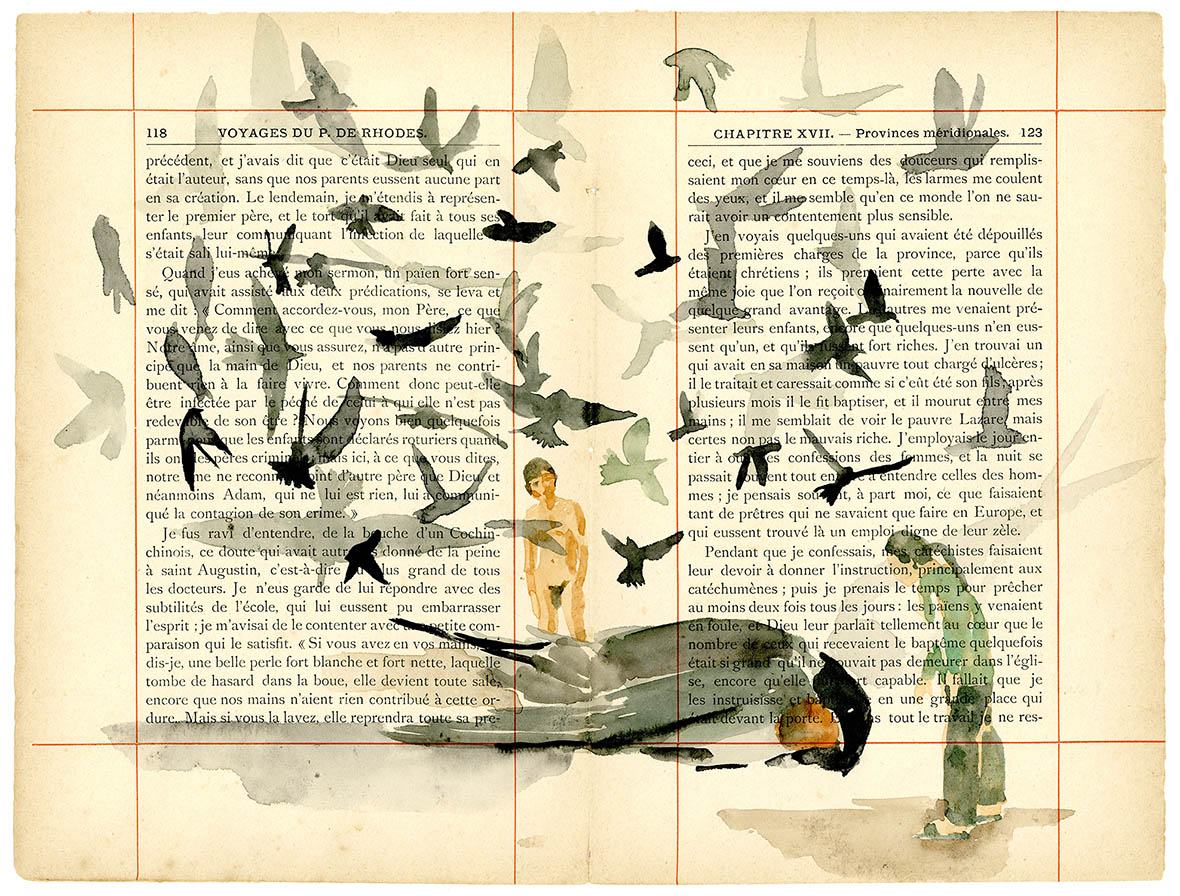 In a separate piece titled Voyages de Rhodes—part of her series Poetic Amnesia, not included in the Hugo Boss show—Phan traced her country’s history back even further. She created a series of watercolors on the pages of the book Voyages et Missions du Père Alexandre de Rhodes, which recounts the travels of a seventeenth-century French Jesuit missionary to Vietnam. The paintings show a young woman draped in a tiger skin, youths diving off of a water tower, and children banging drums in a jubilant marching band. It all seems innocent enough, but closer inspection reveals a sinister undertone: one boy is being swung around like a jump rope, others have tropical plants sprouting from between their legs, while still others kneel on the ground with a ladder around their necks like an oversized cangue. A painting with the word “white optimism” alludes, by way of a Vietnamese poet from the 1950s, both to socialist realism and to contemporary racism. 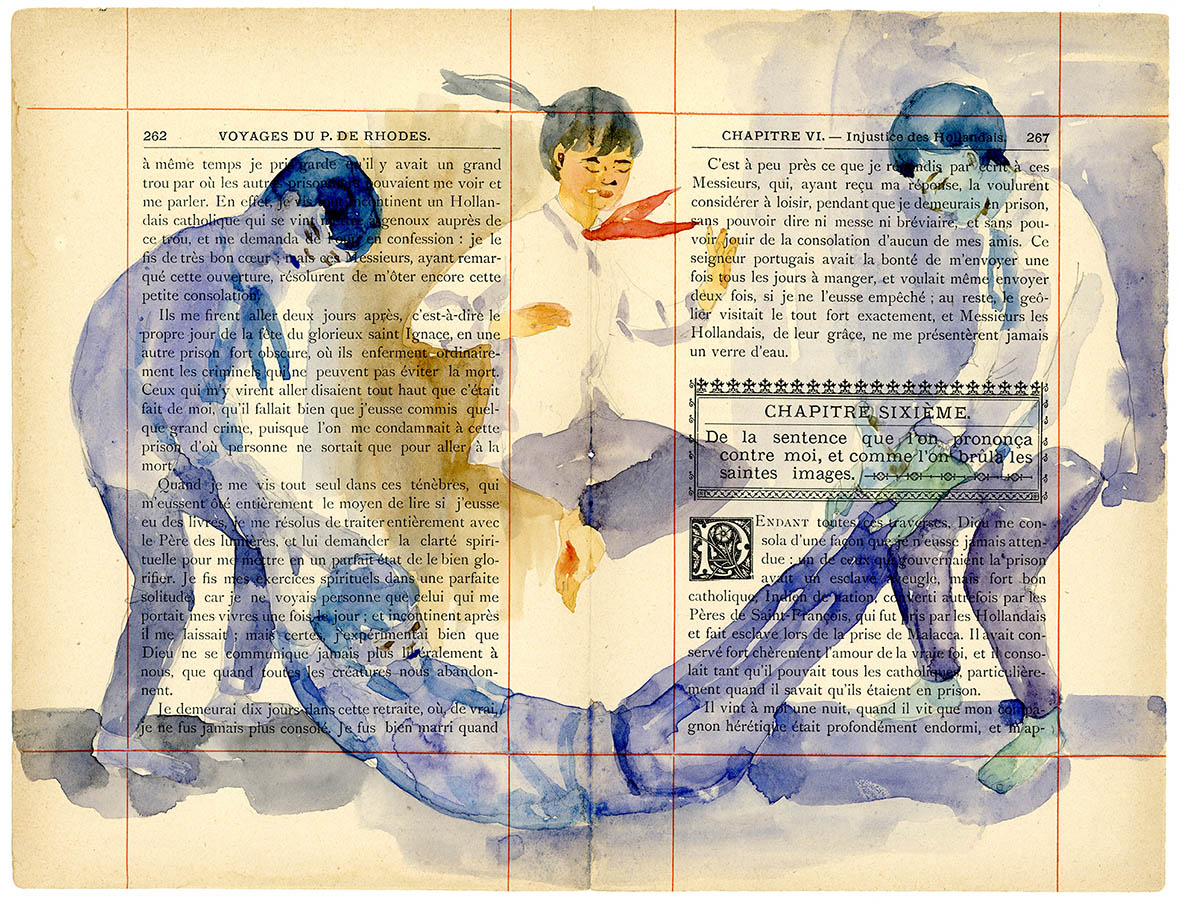 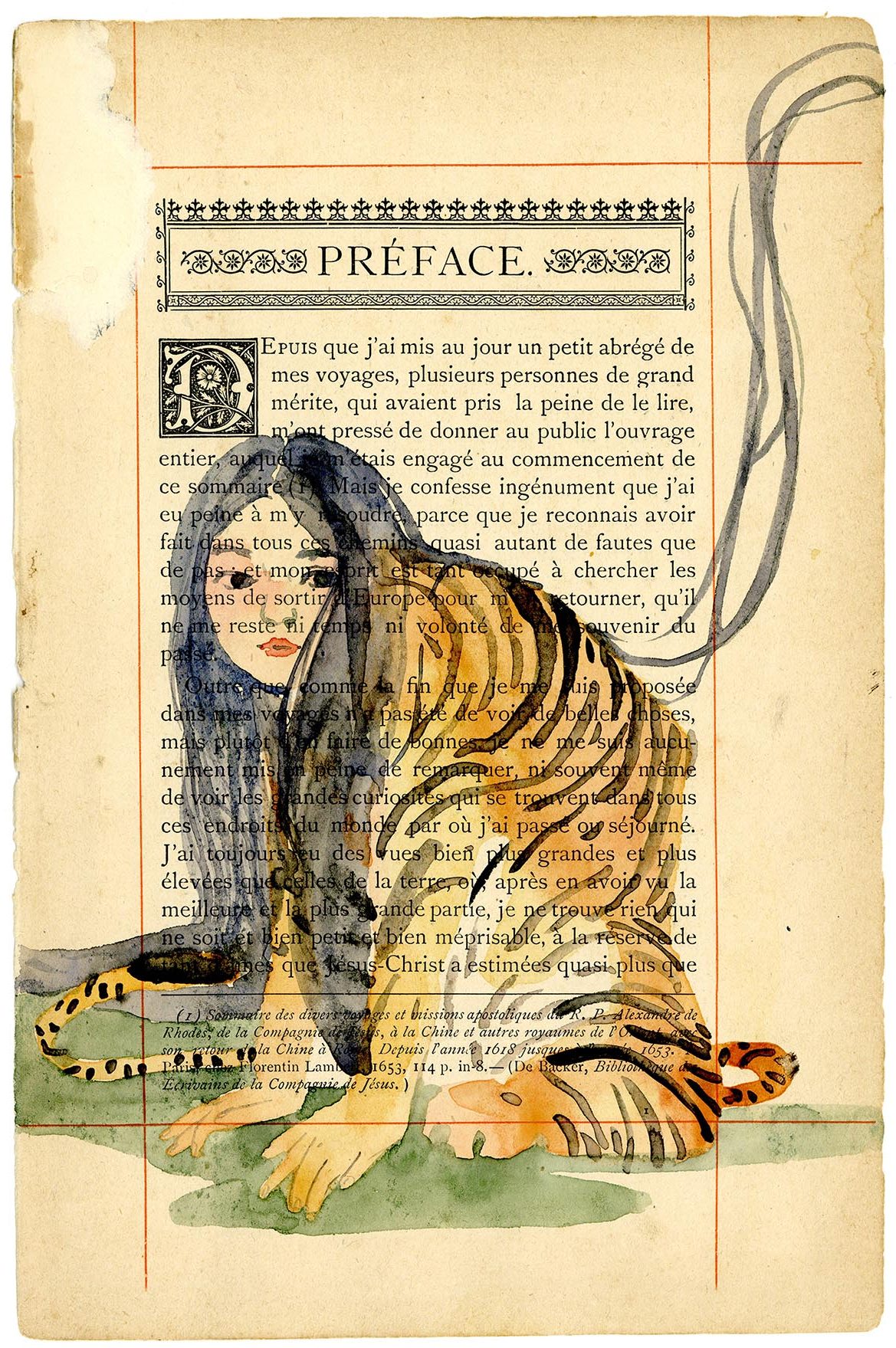 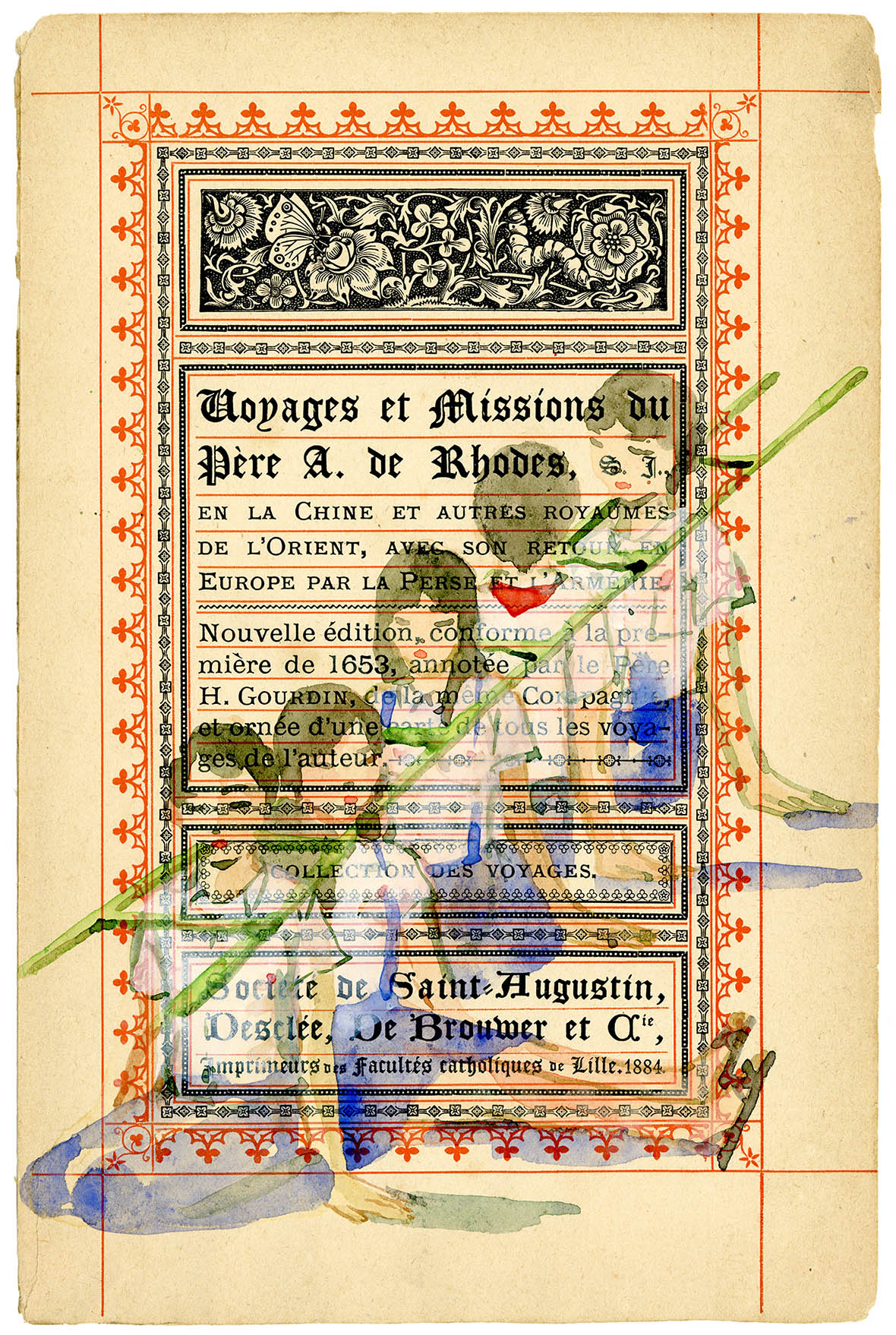 Through this sprawling work combining image and text, Phan delves into the modern history of Vietnam: its invasion by France in the nineteenth century, the impact of colonization and cultural imperialism, the replacement of a character-based writing system by the Latin script, and the gradual changes in people’s daily lives that followed. 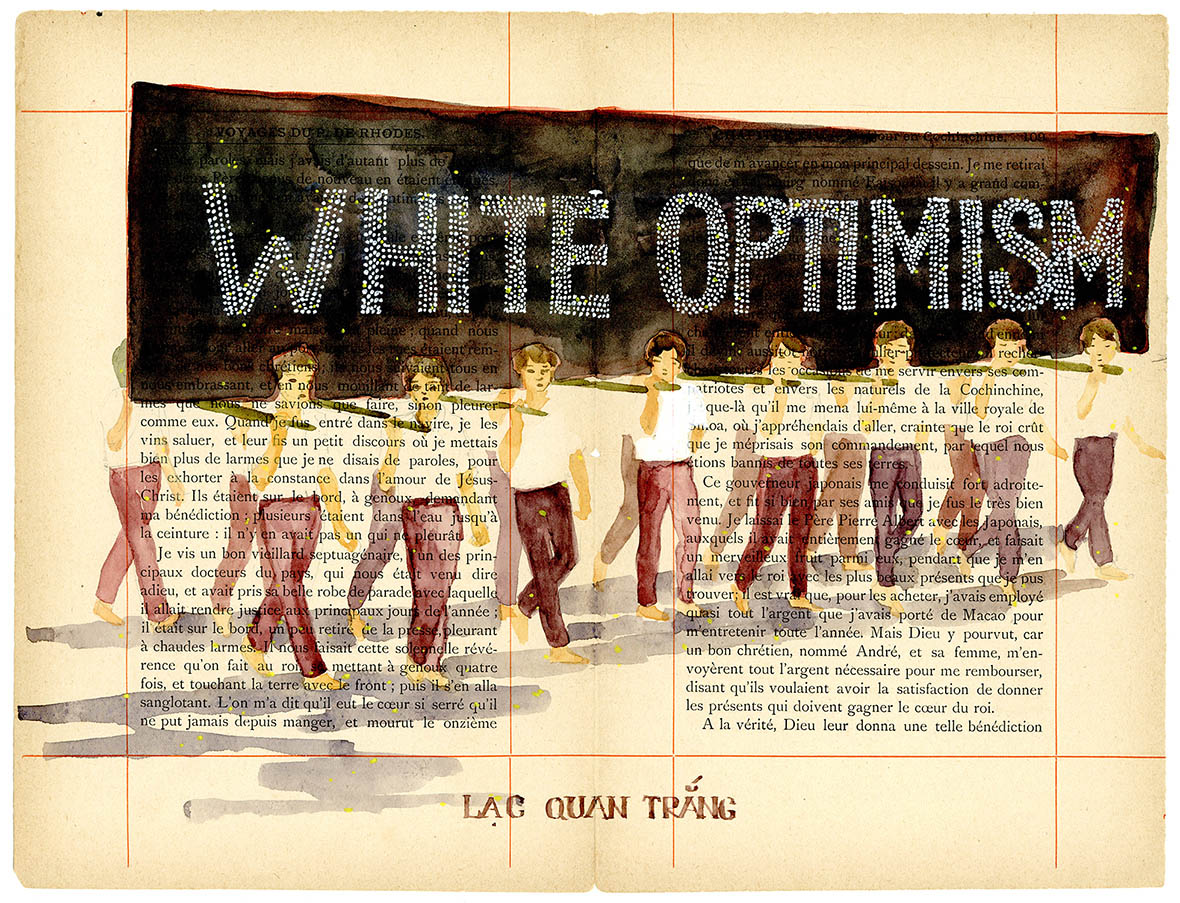 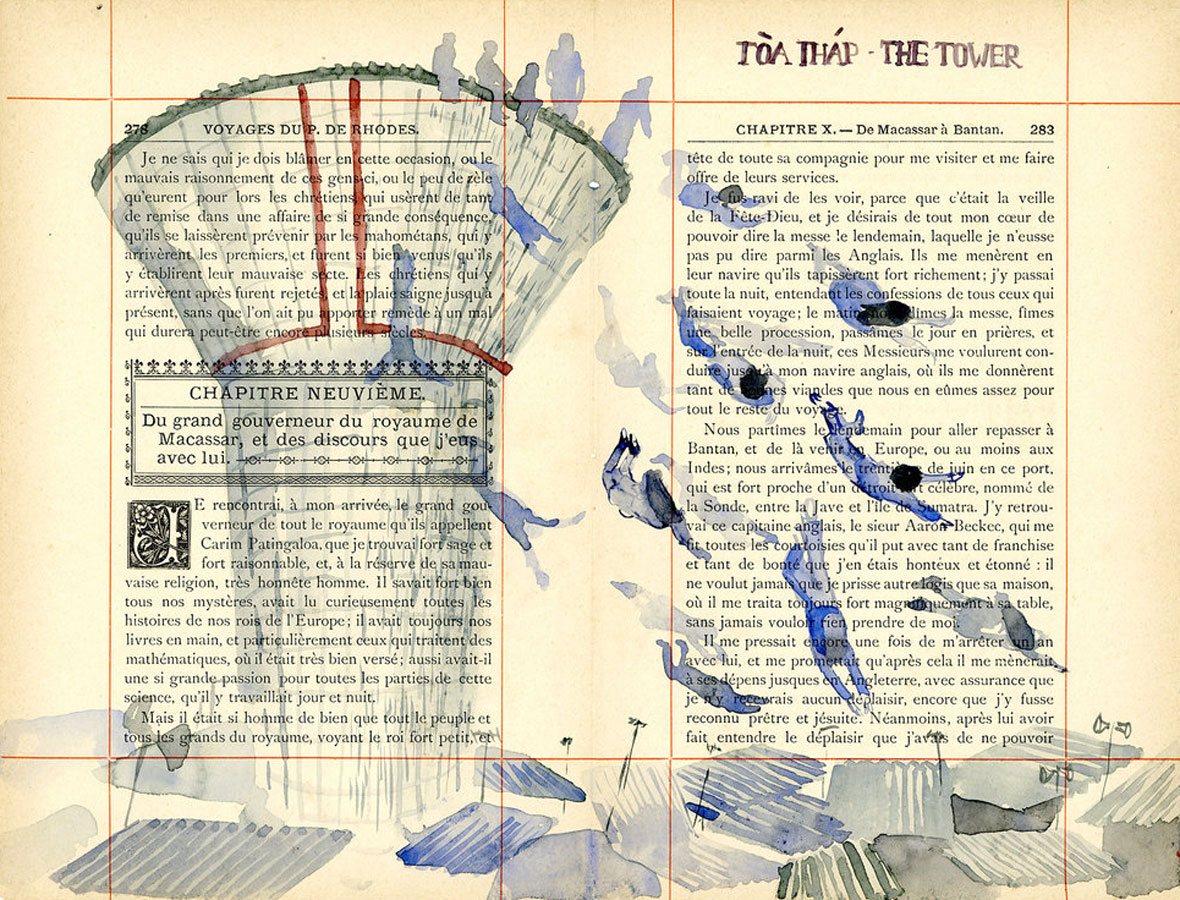 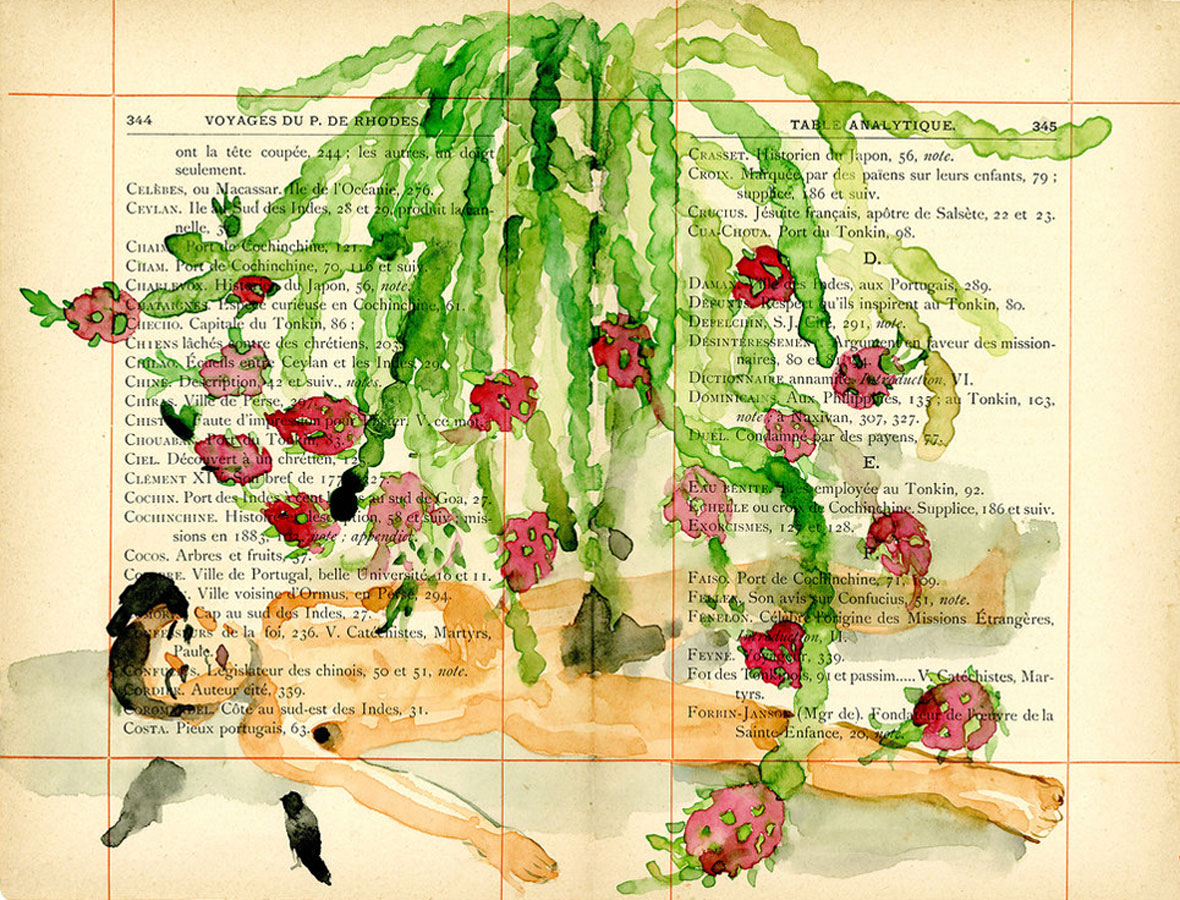 Phan uses art as a means to revisit episodes of Vietnam’s past that are intentionally ignored: agricultural labor, famine, the natural environment, and the changes wrought by humans.

Yet even stories that are lost to history never lack witnesses. What Phan does is retell them: her paintings, installations, and images all encourage viewers to delve into history, to read it, to engage with it. Her works are as haunting as ghosts, reminding us that the past is never gone.

Thảo-Nguyên Phan’s works are now on display at the Rockbund Art Museum in Shanghai, as part of the Hugo Boss Asia Art Award show curated by Billy Tang. Also on display are the works of the three other finalists: Hao Jingban (mainland China), Hsu Che-Yu (Taiwan), and Eisa Jocson (Philippines). Click here to purchase tickets.