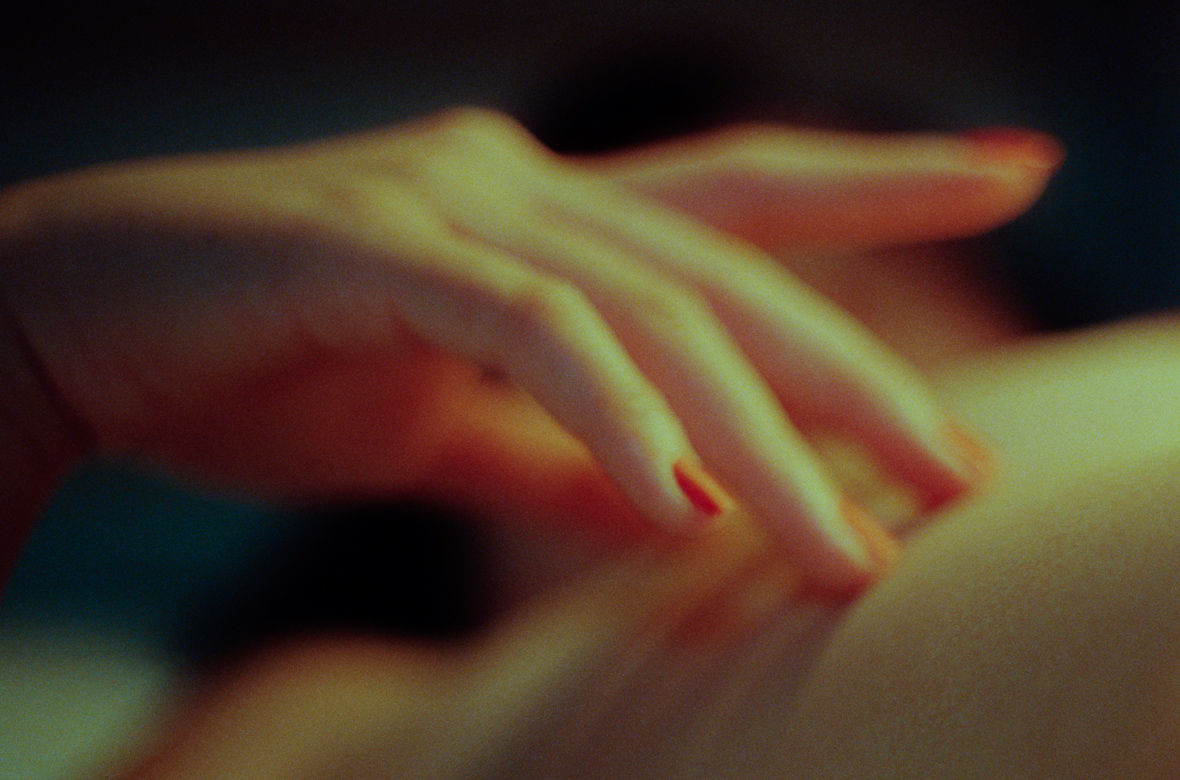 This philosophy of using a camera to visualize an immaterial essence rather than simply using it as a documentary tool is aptly embodied in the work of film photographer Hu Shaoqi. There’s a clear retro feel to her work—a quality that can be attributed to the graininess and scratched textures of analog film. She prefers the dated medium, finding the high-definition images of modern cameras to feel overly polished, and by extension, fake. There’s an authenticity and immersion that comes with film. “Shooting on analog film helps me to think about what I really want to shoot,” she says. “It’s also incredibly enjoyable to develop the film. The complicated process makes the end result feel even more rewarding.”

Based in Chengdu, Hu’s body of work is populated by fantastical portraits, one layered atop another until recognizable forms become something ethereal and otherworldly. Contrasting neons and vibrant palettes infuse her images with a poetic surrealism, making for frames that sear themselves deep into viewers’ minds. 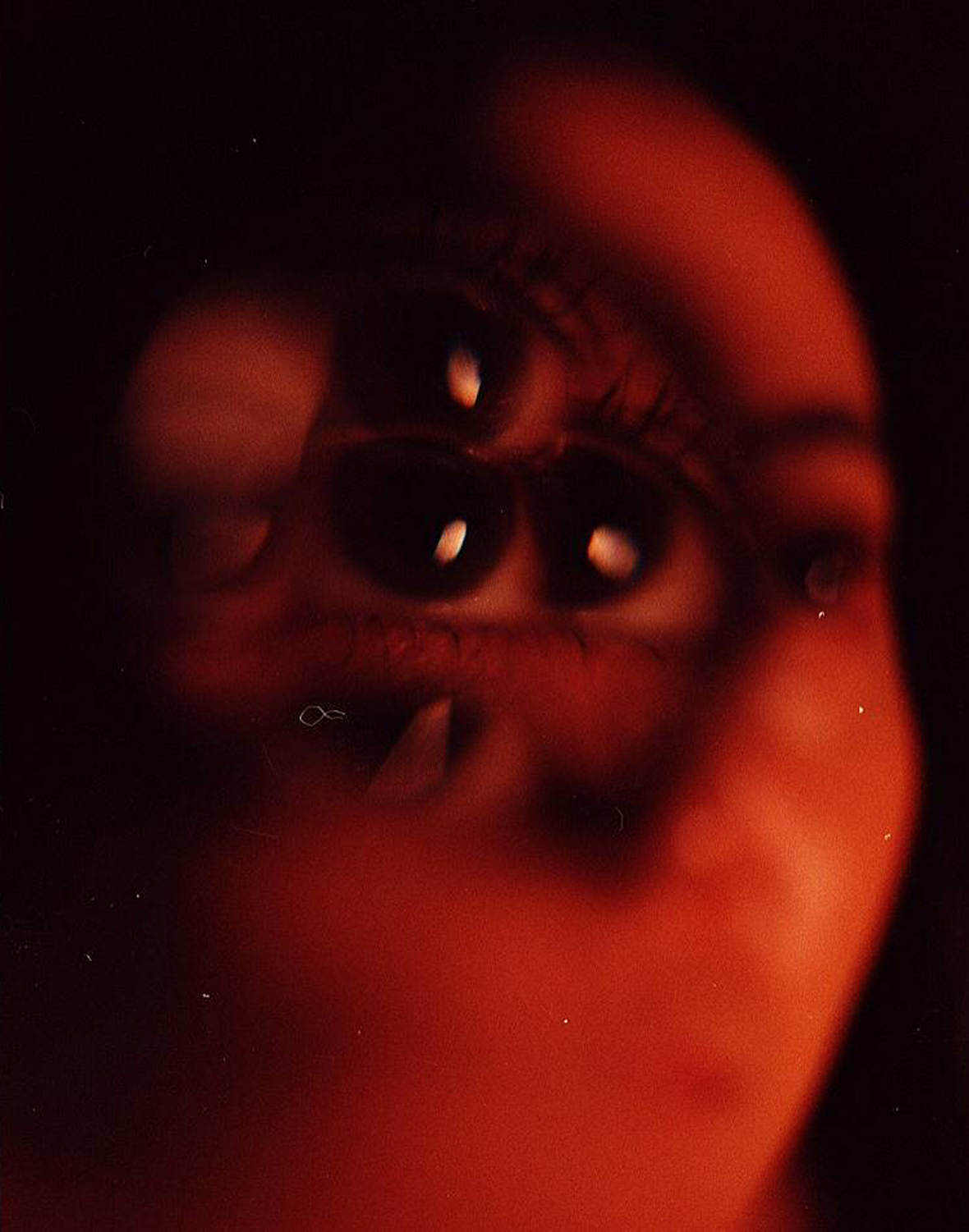 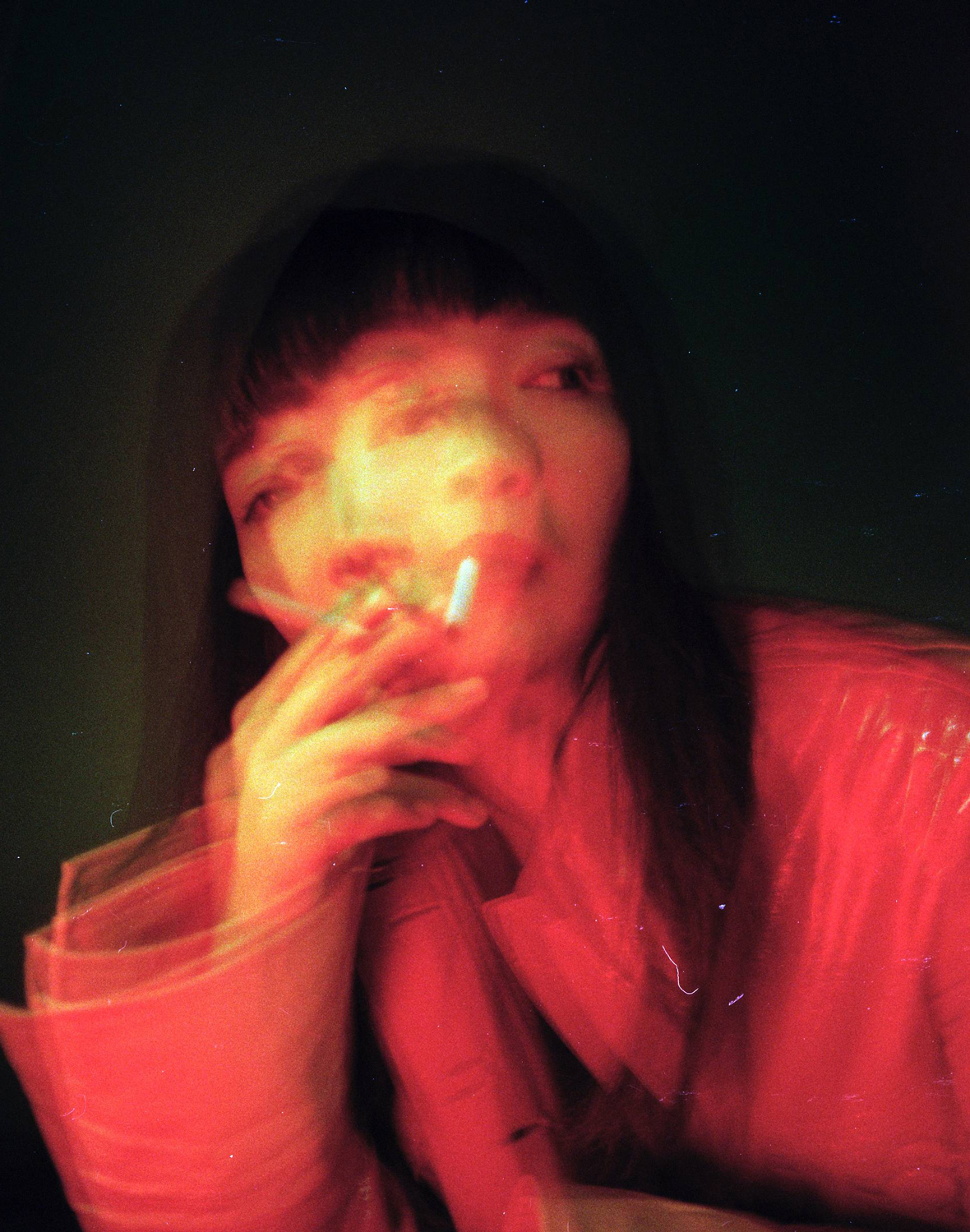 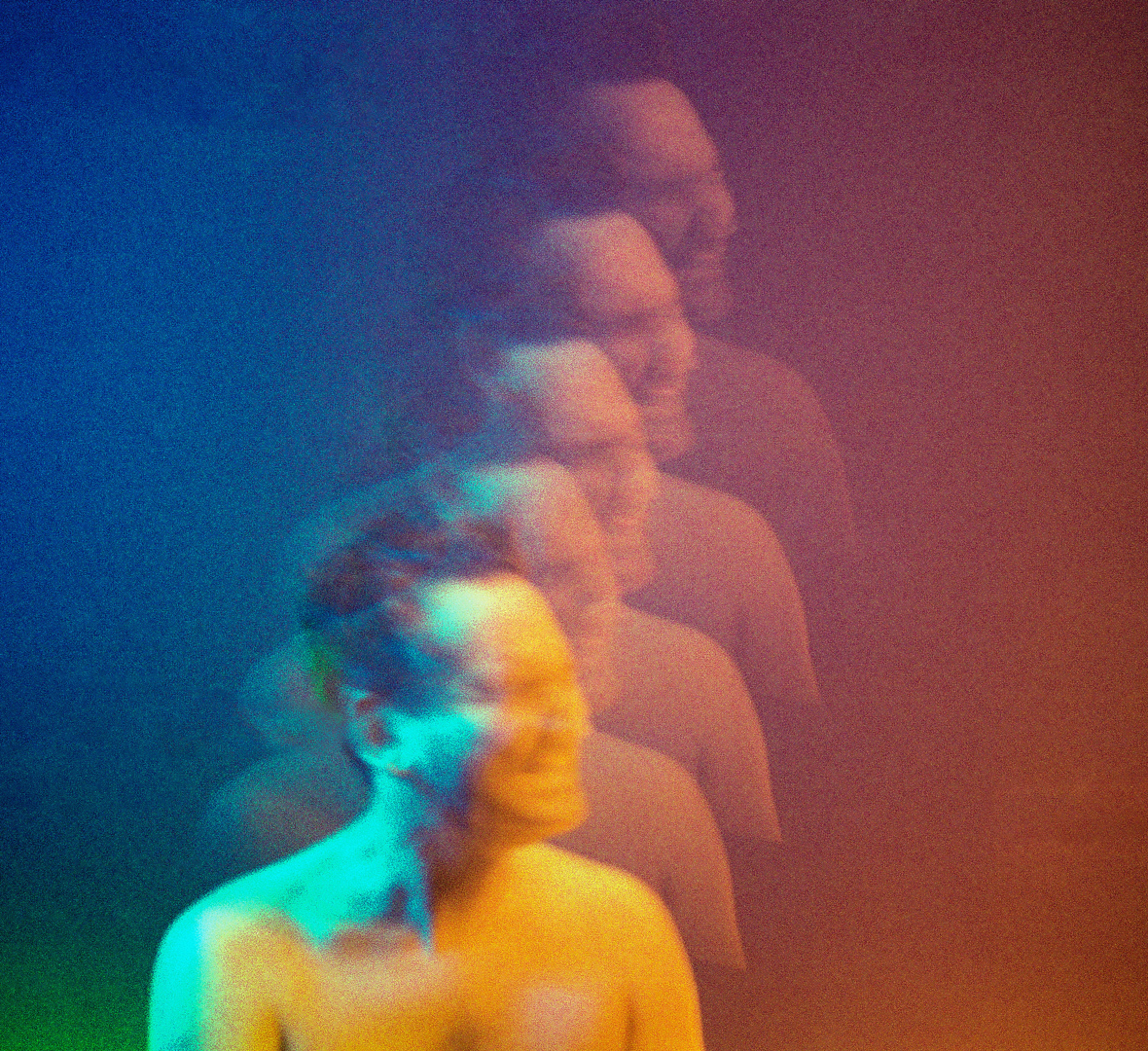 Hu’s work has an organic retro feel to it—a quality that can be attributed to the graininess and scratched textures of her analog film. She’s loved the medium since buying her first film camera in 2018. To her, the high-definition images of modern cameras can easily feel overly polished, and by extension, fake. There’s an unimitable authenticity that comes with shooting on film. “Shooting on analog film helps me to think about what I really want to shoot,” she says. “It’s also incredibly enjoyable to develop the film. The complicated process makes the end result feel even more rewarding.”

The vast majority of artists whom Hu credit as influences are atypical from what you might expect of a photographer. Most are artists from the early twentieth century—a period when surrealism was at the height of its popularity. In addition to Man Ray, Paul Éluard, Salvador Dalí, Frida Kahlo, and many others have been tremendously influential towards her creative process. 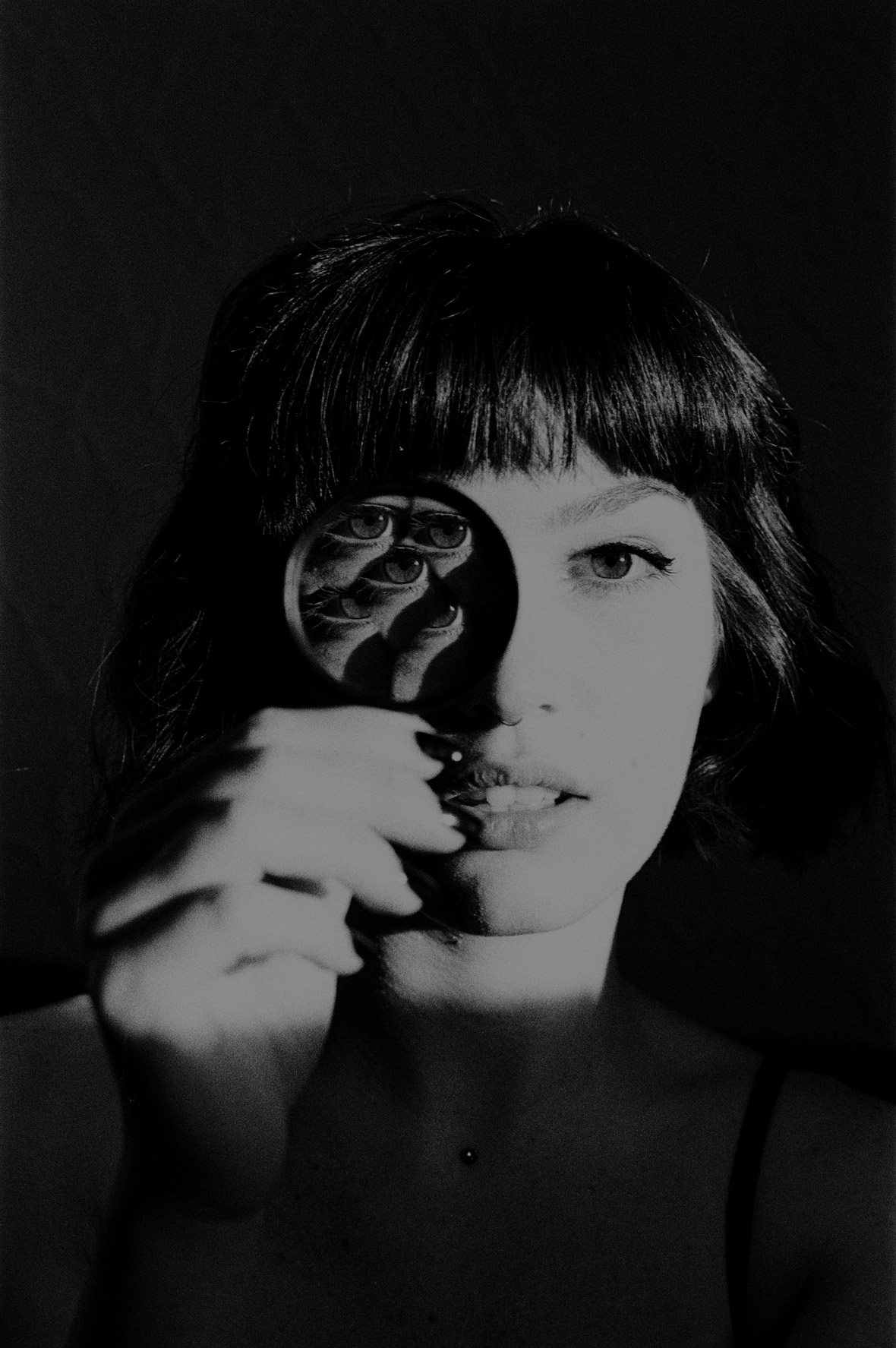 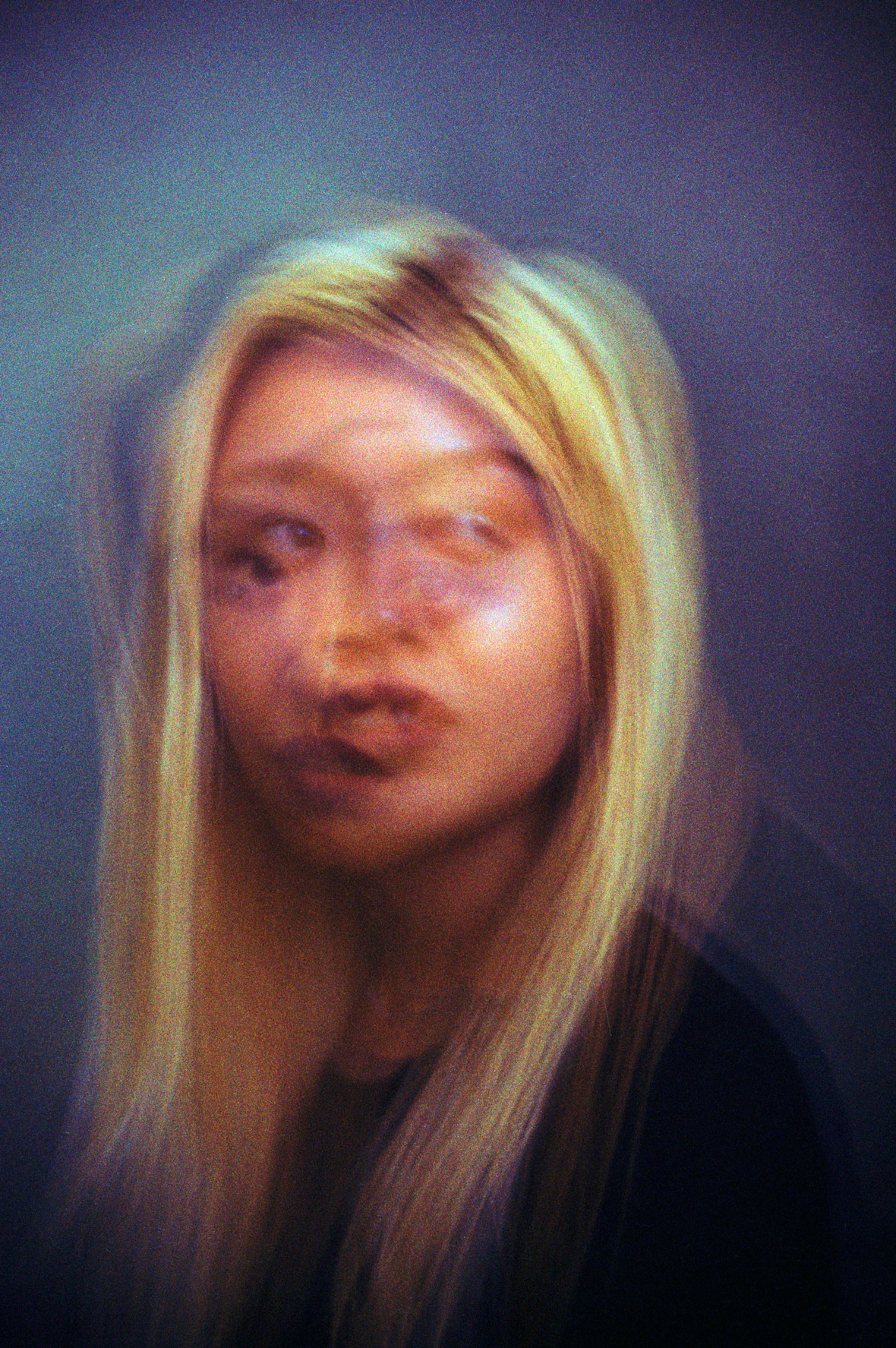 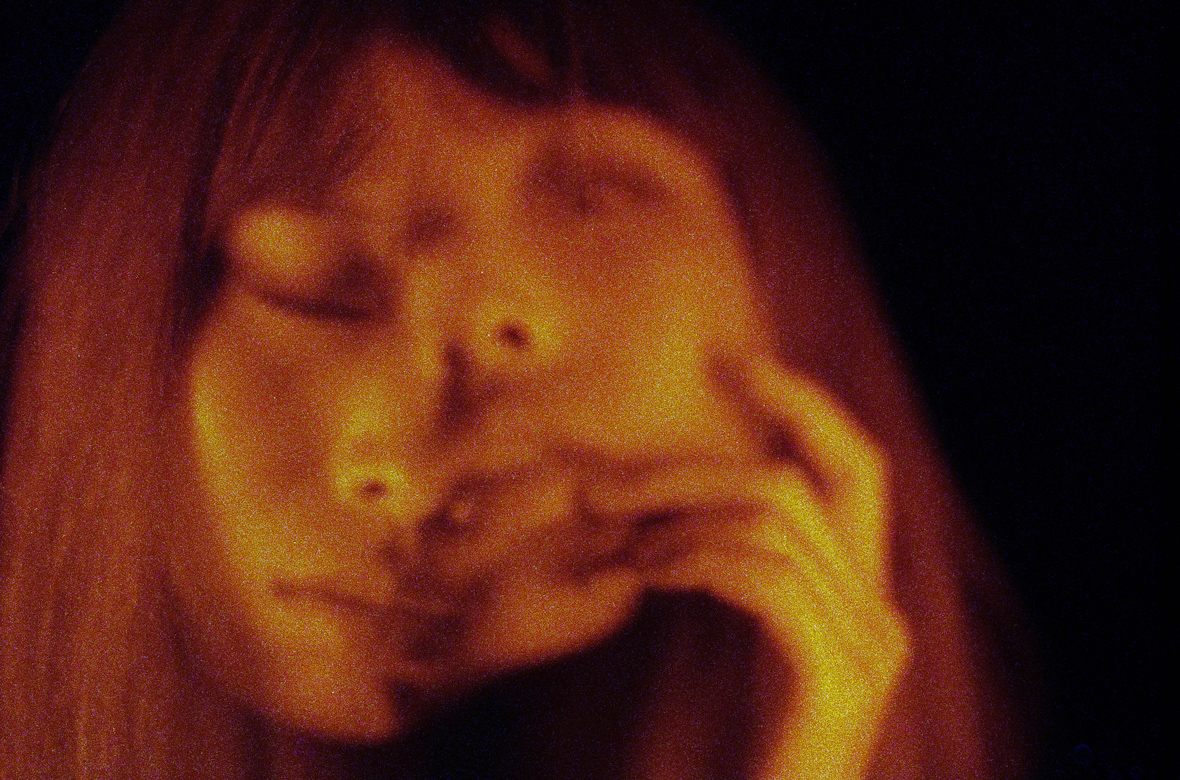 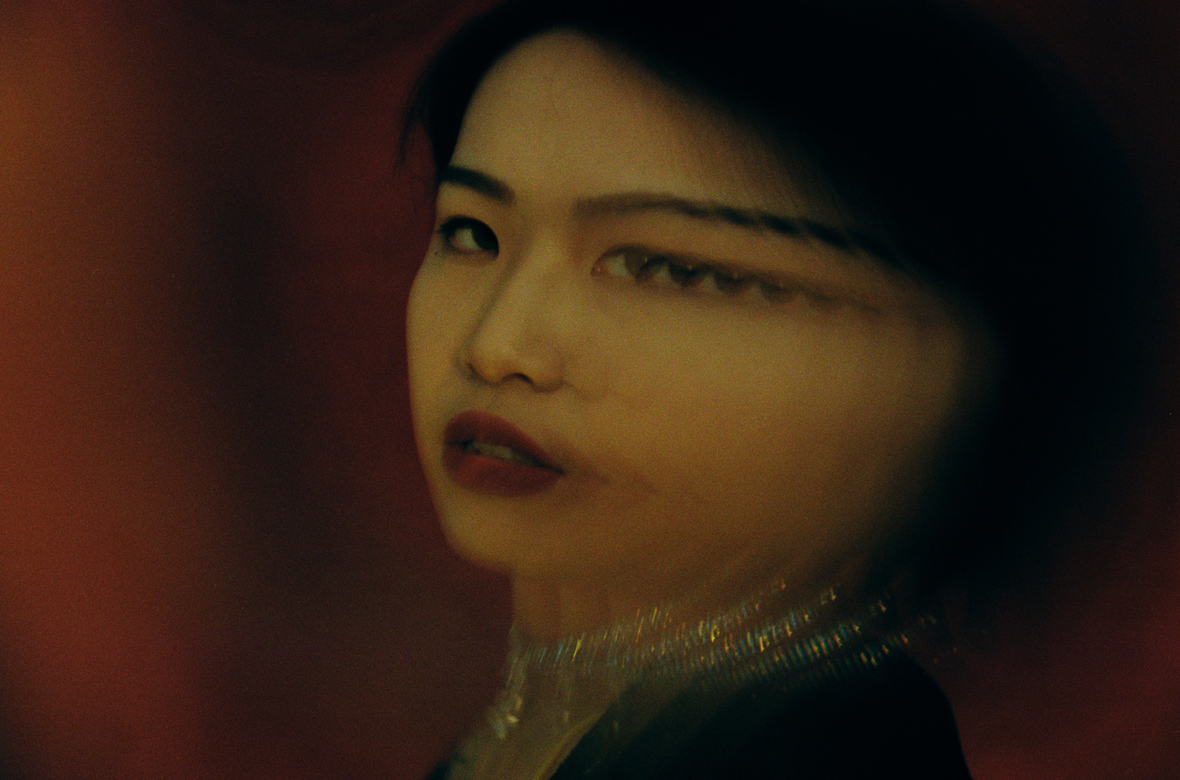 Hu believes that photography should be a means of capturing a person’s emotions and truest inner self. Before shooting, she’ll ask her models to channel a specific feeling and to fully lose themselves into whatever it may be—joy, anger, melancholy, excitement, anticipation, and more. Through their facial expressions and movements, she looks for that emotion should burst from the frame. On certain projects, when she’s in the right emotional state, Hu sometimes even turns the camera onto herself. “I enjoy working and being alone,” she says. “It just make it easier to fully immerse myself into different emotions and mental states.” 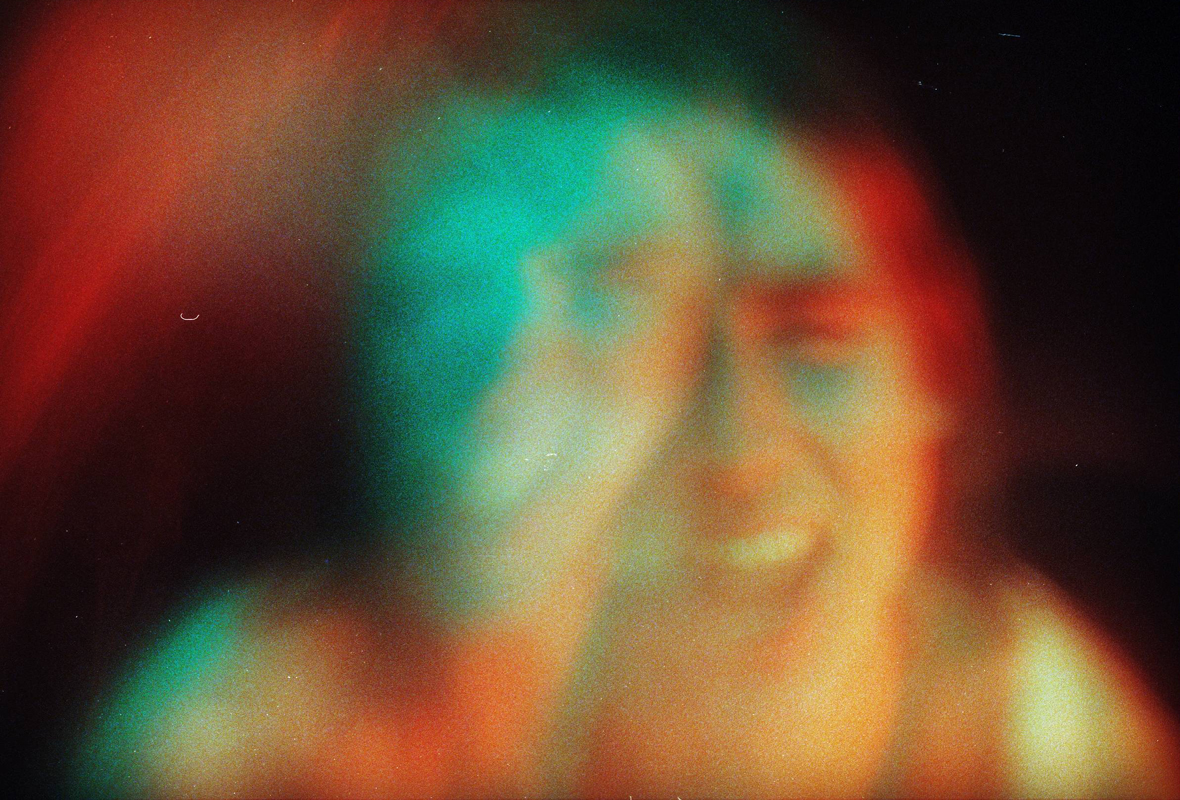 In French author Andre Breton’s Manifesto of Surrealism from 1924, he wrote that surrealism is a product of our subconscious. Surreal art is typically intuition driven, and an exercise of our innermost imagination. This is precisely Hu’s process. “Sometimes when I overthink, I feel I’m insignificant in the grand scheme of things,” she says. “I try not think too much and don’t follow any specific styles or aesthetics, which allows may creativity to flourish.” 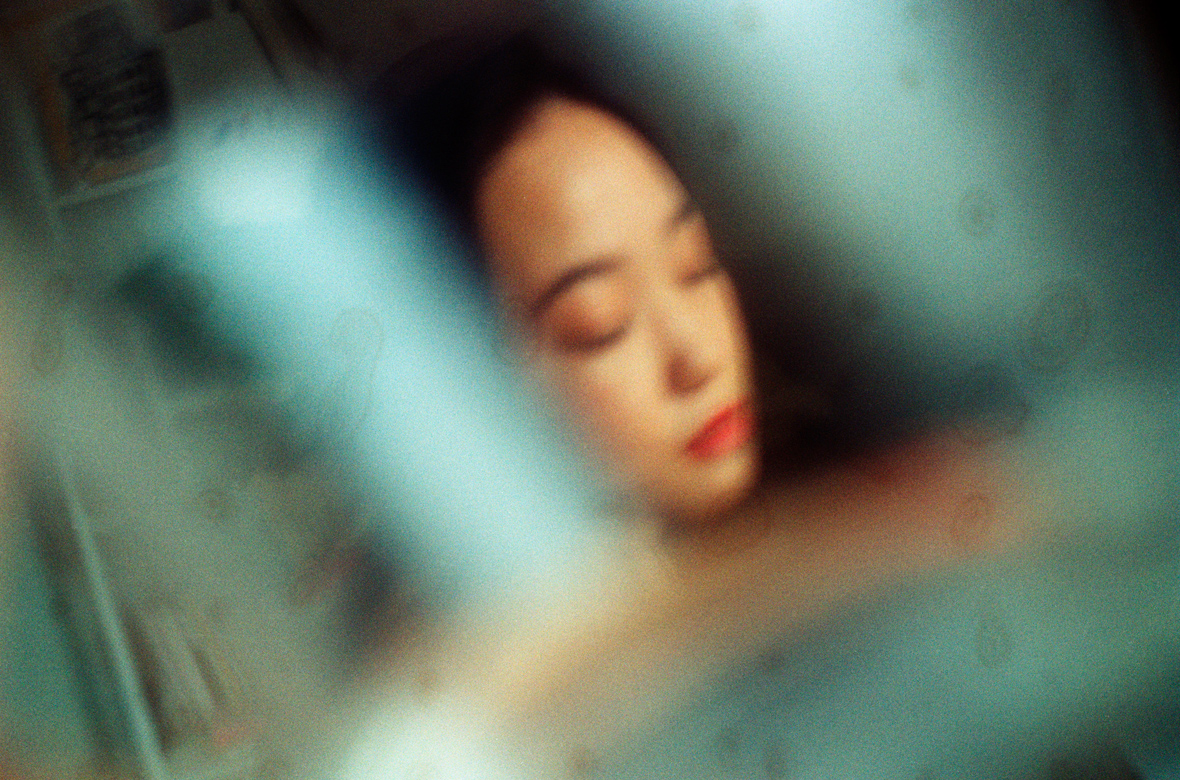 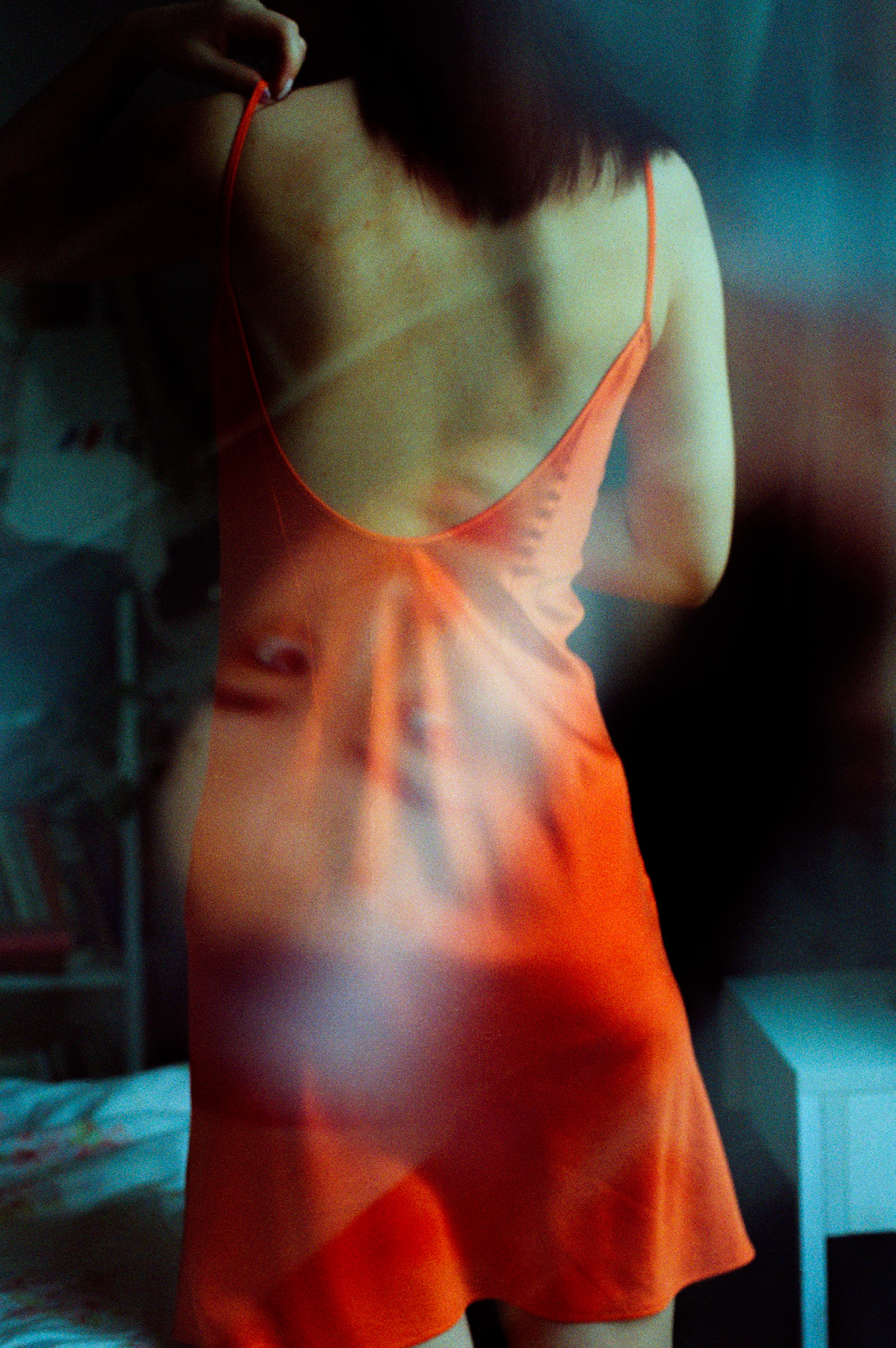 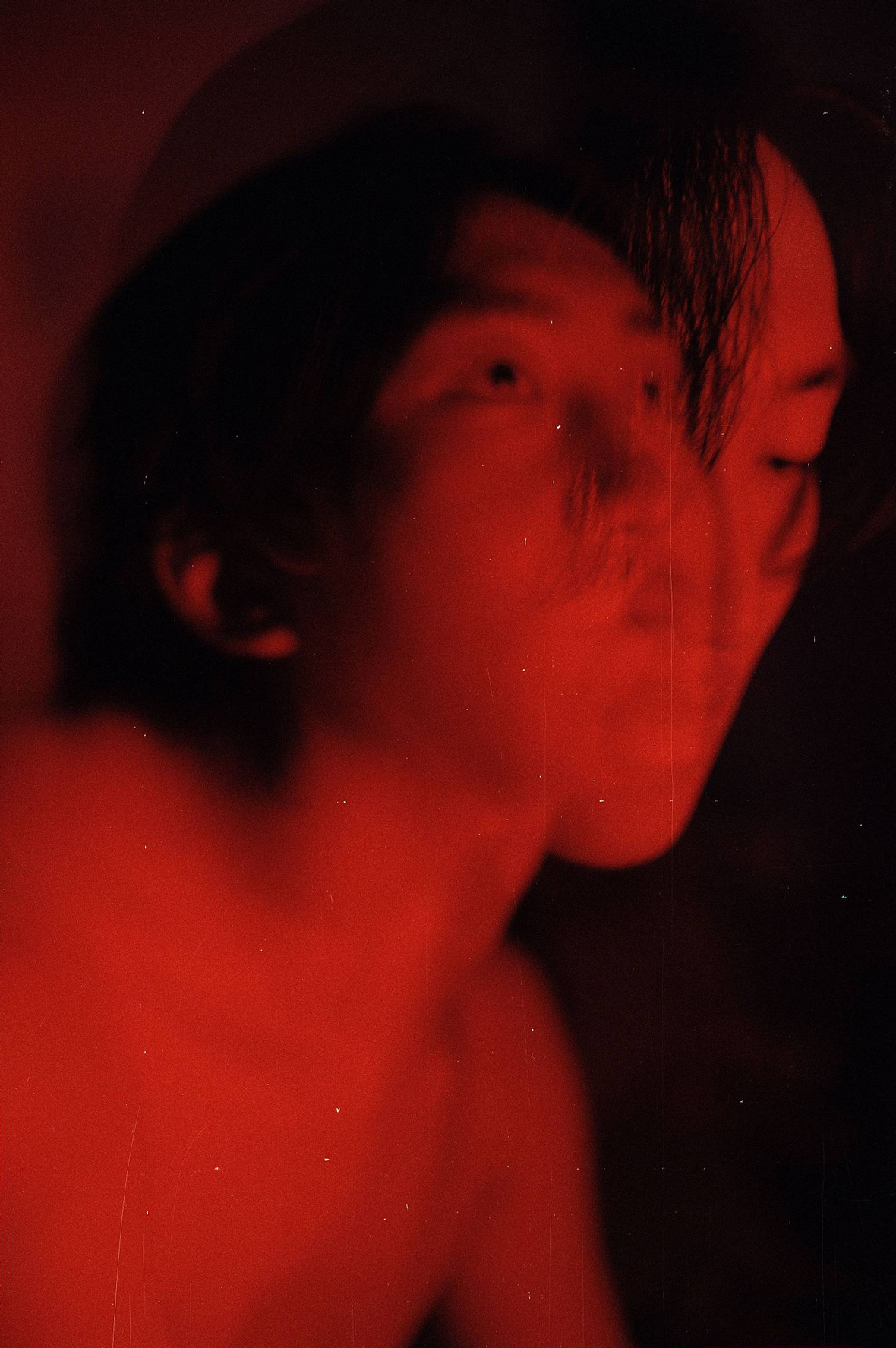 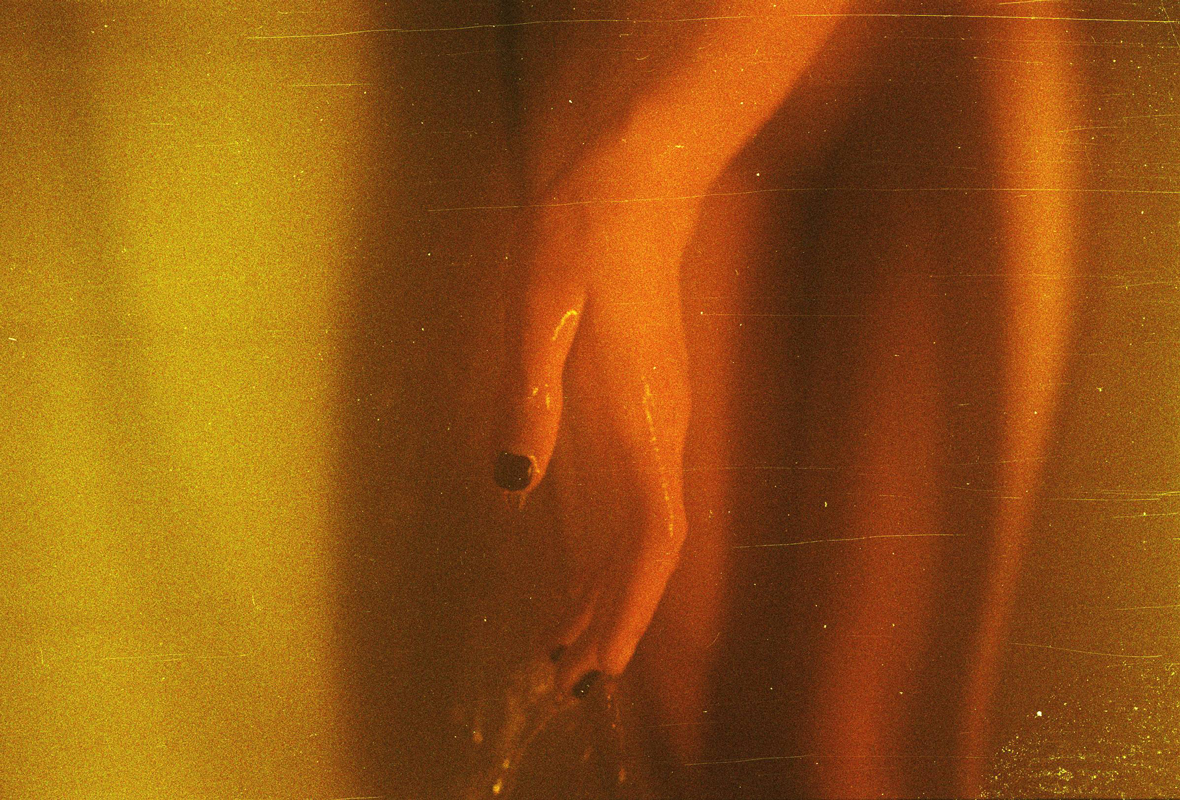 At times, it may feel difficult to articulate a dream into clear words. In turn, perhaps the most logical method in capturing the feeling of these visions may be through visual means. Hu’s work pieces together these fragmented dreams, stacking them one atop of another until they become something new—a poetic reinterpretation of everyday life. Through her photography, she demonstrates there are when you view life through a new lens, there are plenty of surprises to be discovered. In doing, she’s created an oeuvre that feels incredibly natural, and perhaps most importantly, approachable for even the casual viewer.