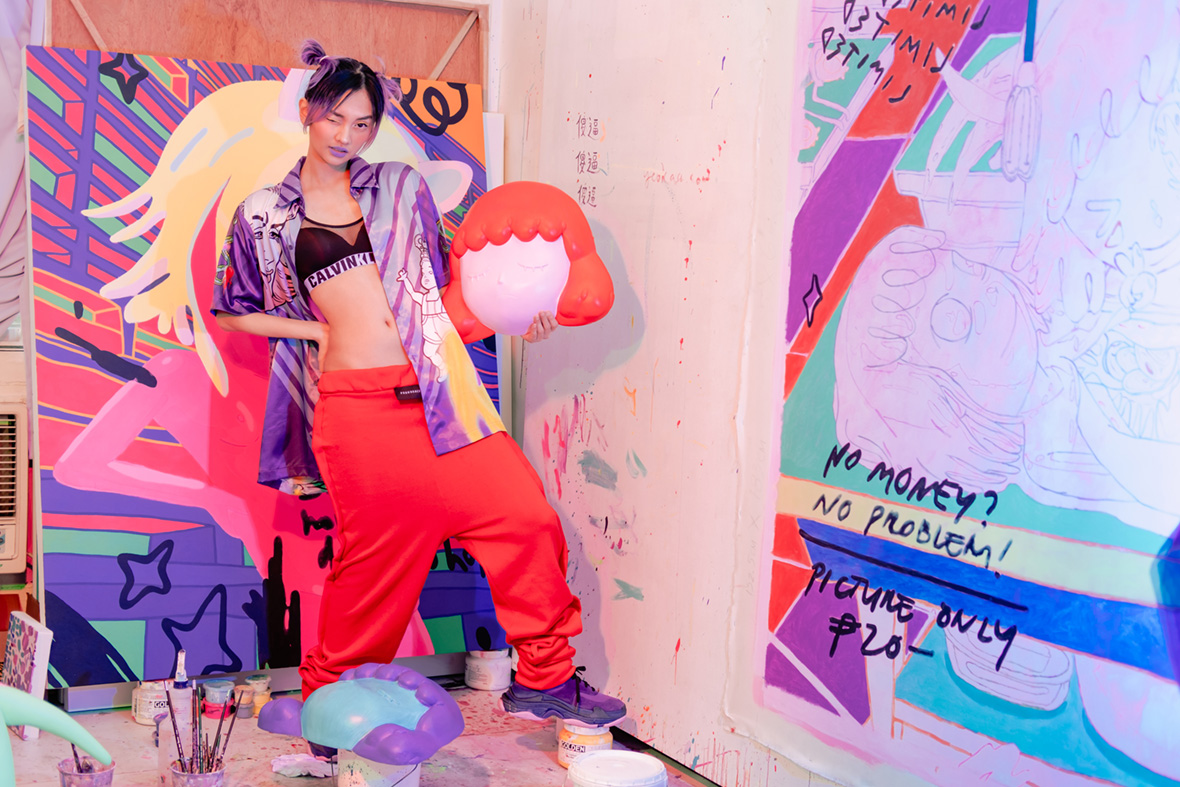 The walls in Yeo Kaa’s bright Manila studio are covered by canvases in various stages of progress for her upcoming solo show in Paris. Everything here is neon and pastel, drenched in blazing pinks and purples, electric blues, and fluorescent yellows—and that includes Kaa herself, with purple hair, lipstick, and an outfit to match. But despite the color and cuteness, the content here is very dark. Her acrylic paintings are full of disemboweled characters and suicidal figures. Flowers bore her. 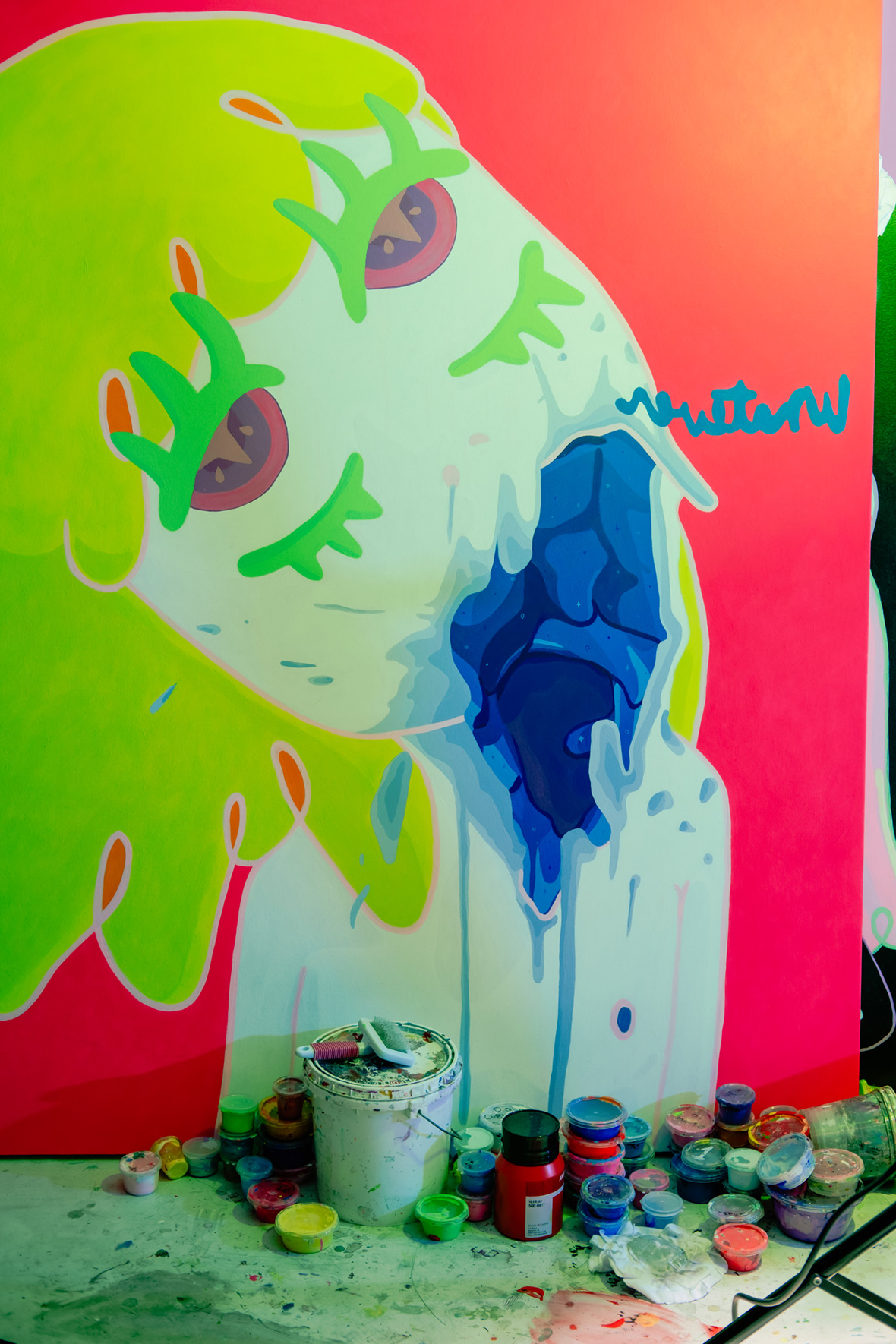 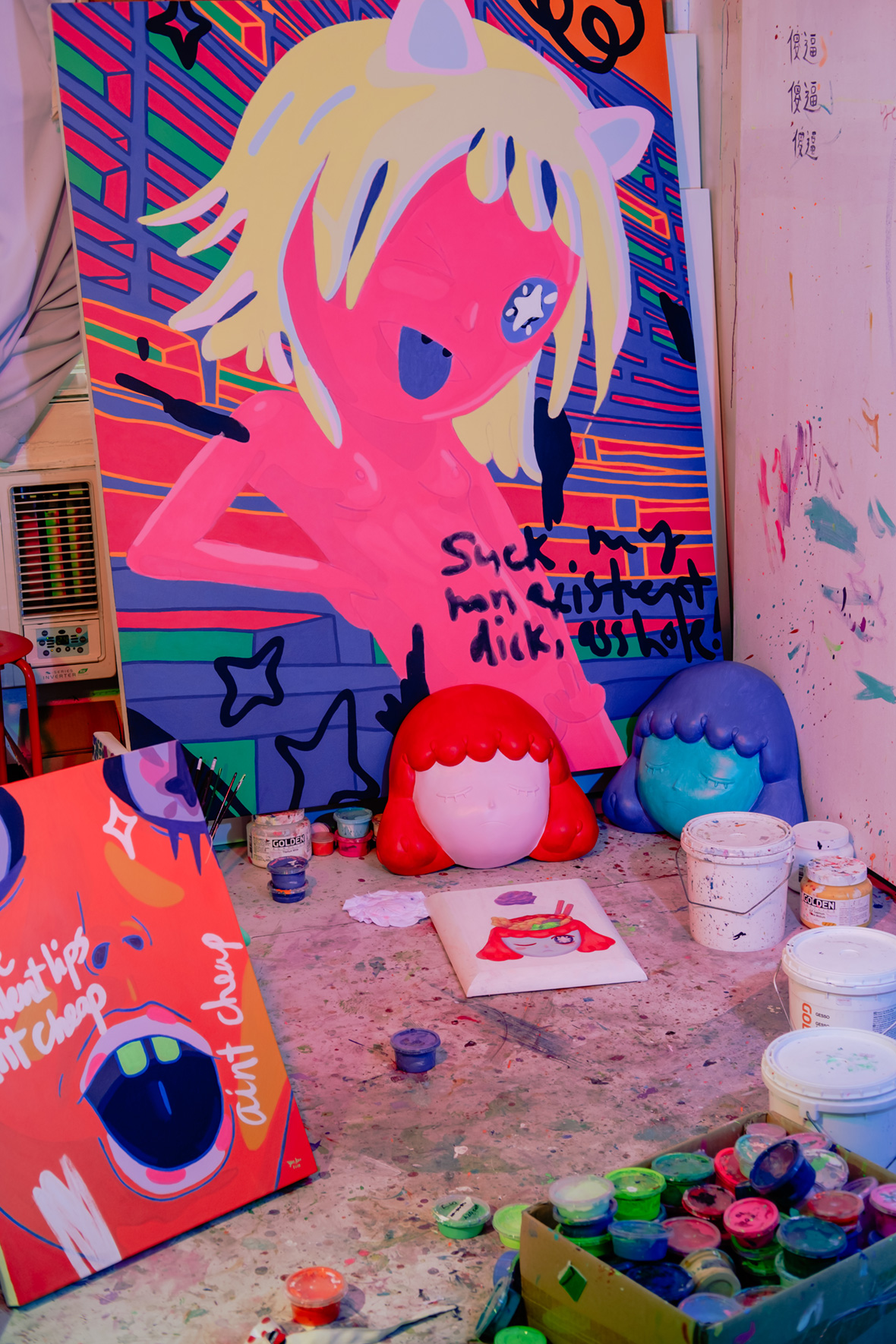 One of Kaa’s current pieces, standing nearly as tall as her and twice as long, shows the body of a girl laid out on a table being dissected, with a sign listing prices for selfies with the corpse. In a world where sex and violence sell, the depiction of a disemboweled corpse as a carnival attraction forces a discussion of the exploitation of women’s bodies into the center of the room. Kaa is not shy about challenging anyone; another canvas encourages viewers to “suck her non-existent dick.” The work is transgressive and defiant but also entertaining. This Filipina artist is uncompromising, and the glowing colors and kawaii faces add a cute, almost kid-friendly veneer to what is clearly adult content. 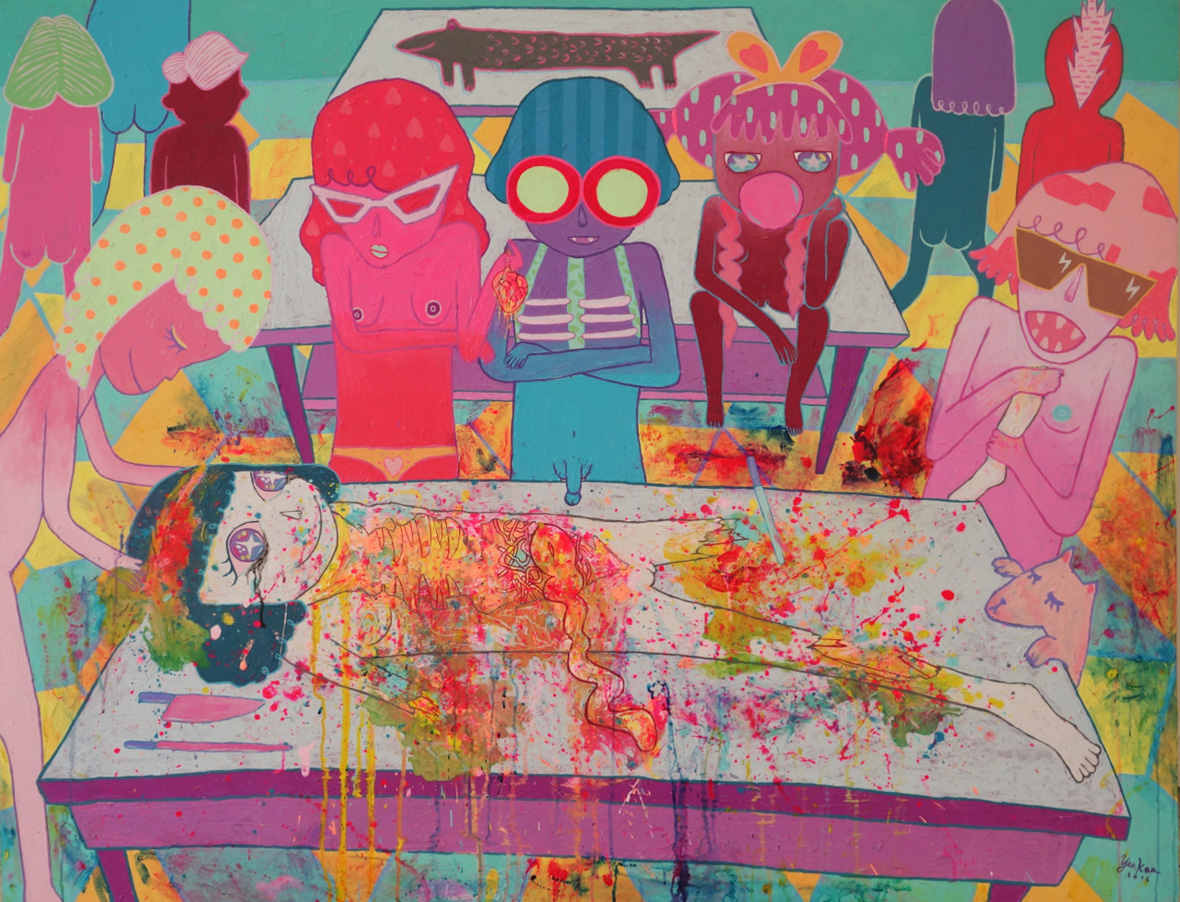 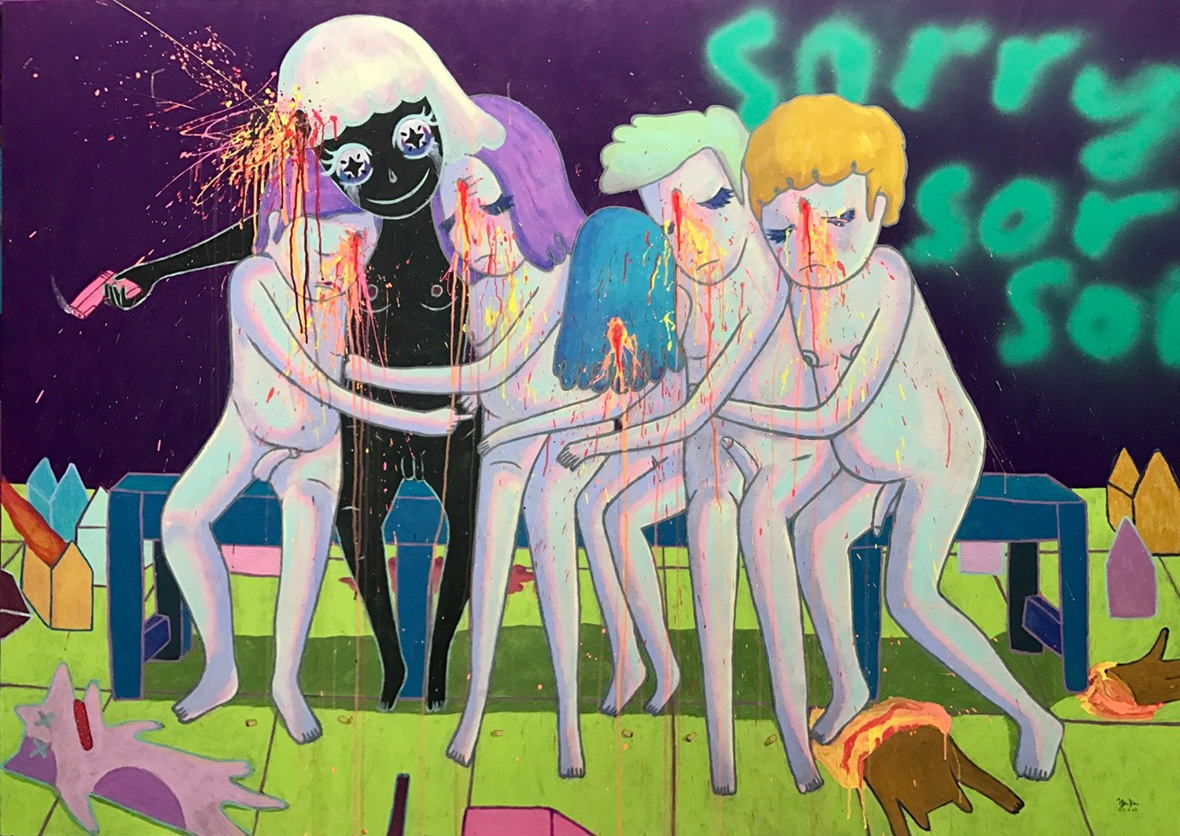 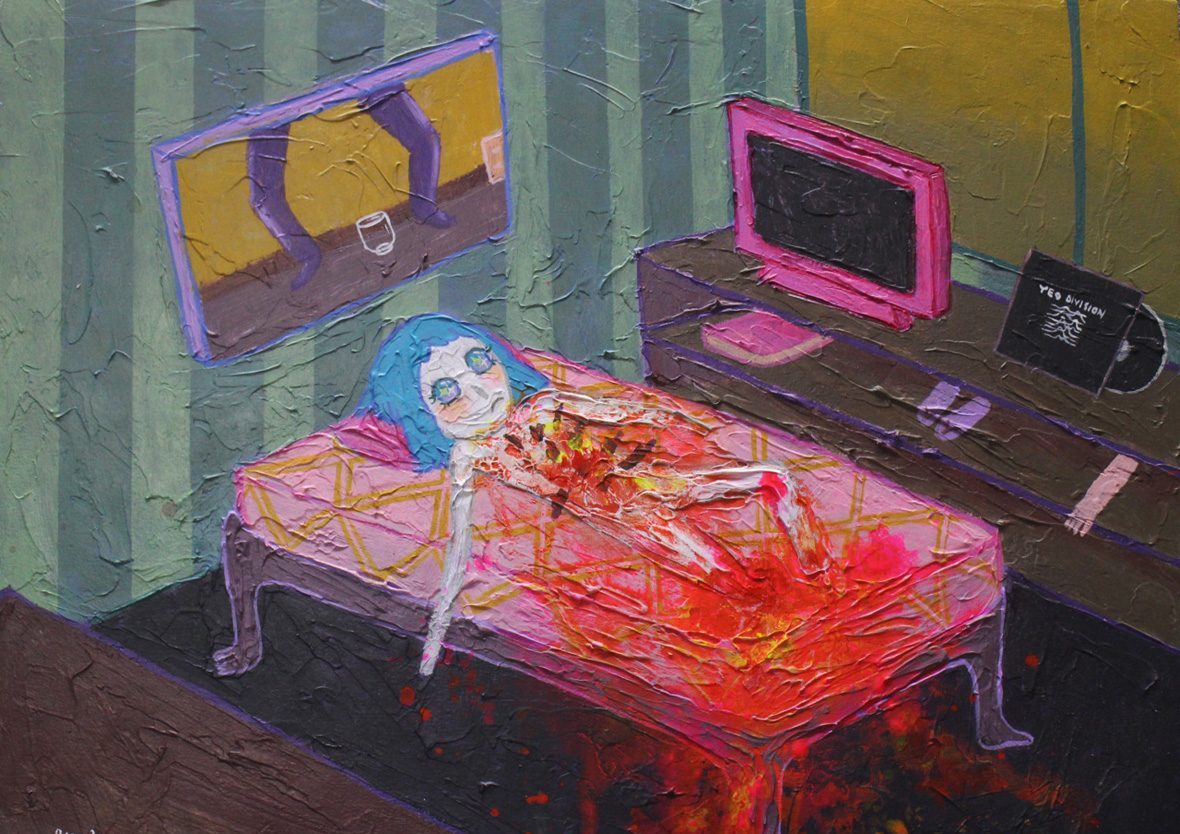 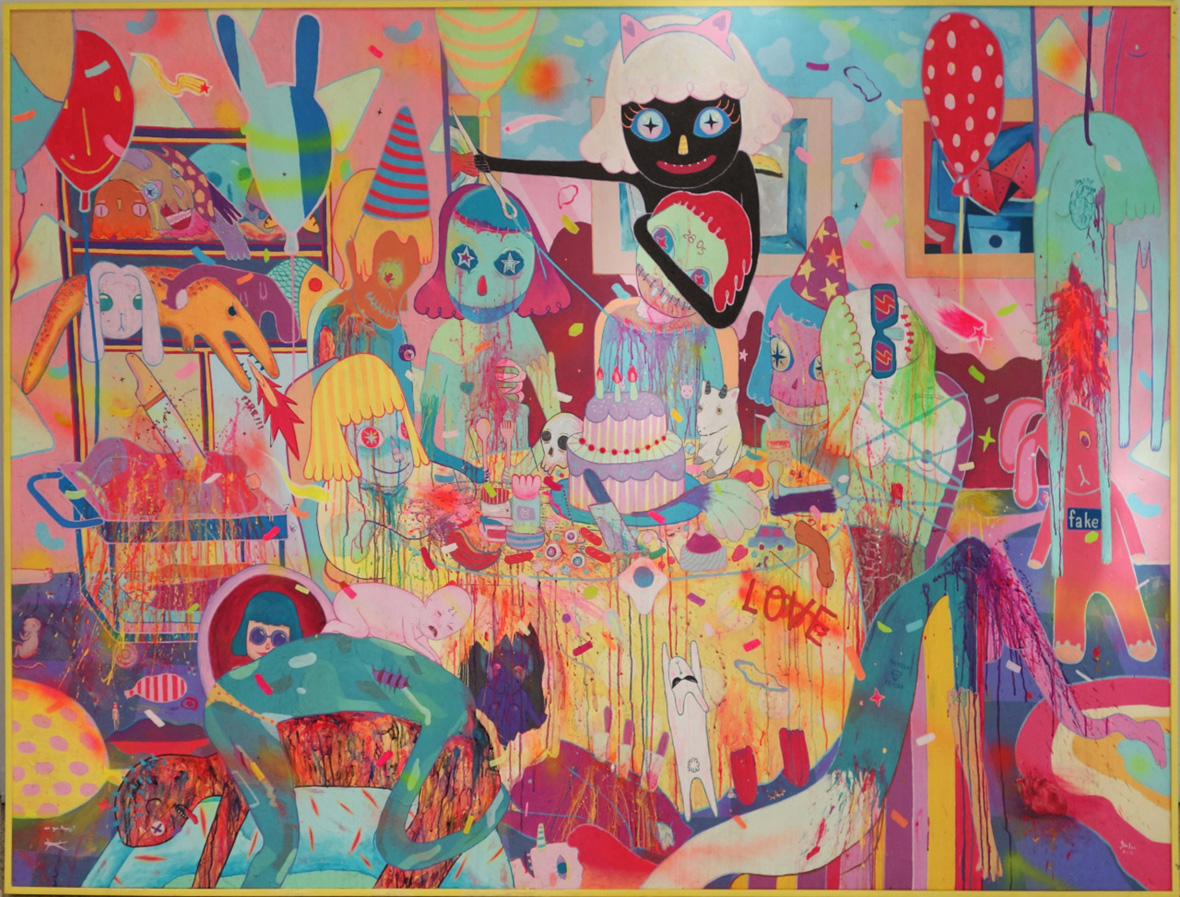 Kaa’s paintings upend traditional gender expectations by showing that just because someone is feminine and cute doesn’t mean they can’t be dark and angry. It follows in the footsteps of Japanese artists like Hikari Shimoda and Shintaro Kago. But she’s not intentionally illustrating any kind of feminist theory, she’s just being herself; she’s venting and happens to like kawaii stuff. Her work is more visceral than methodical. 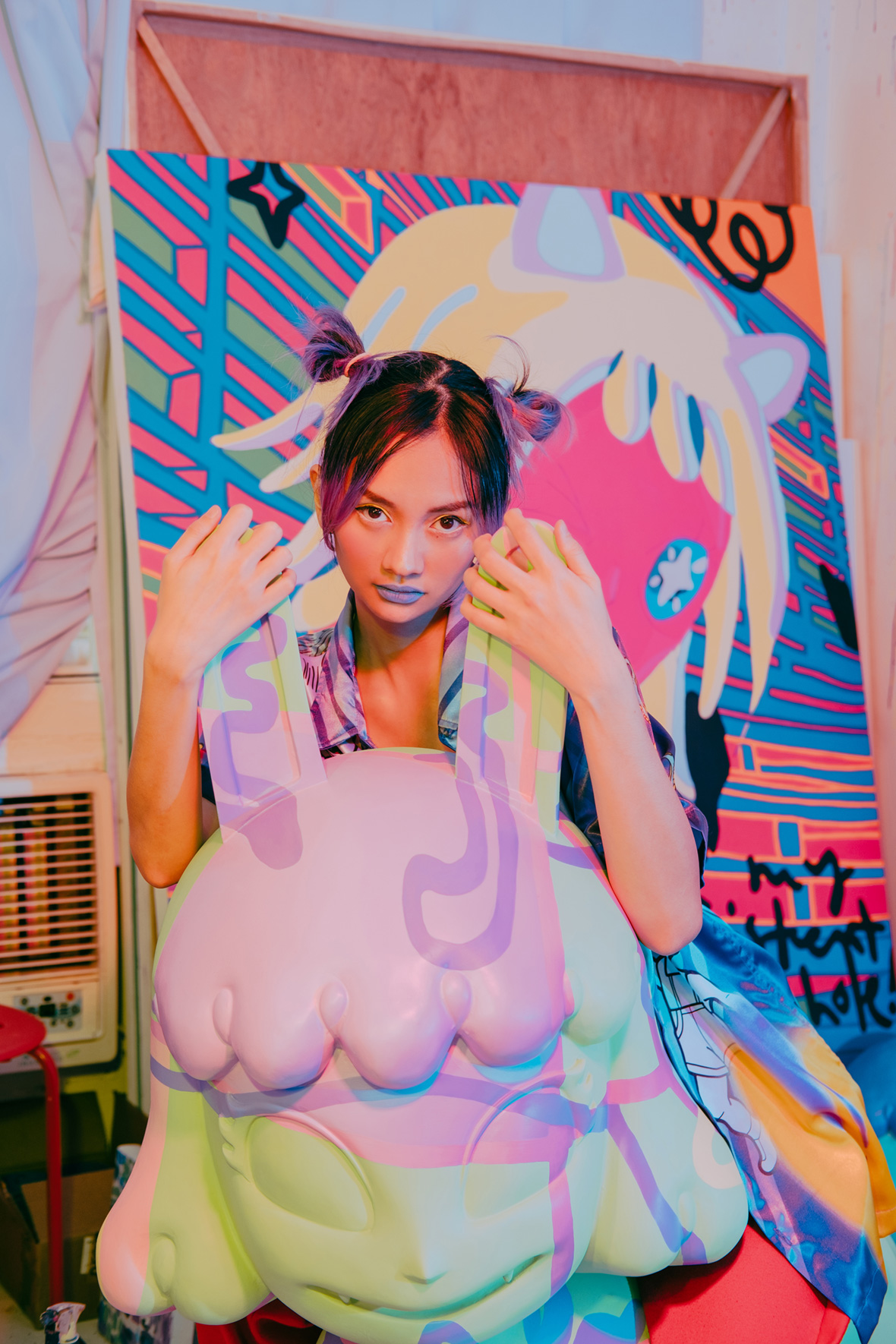 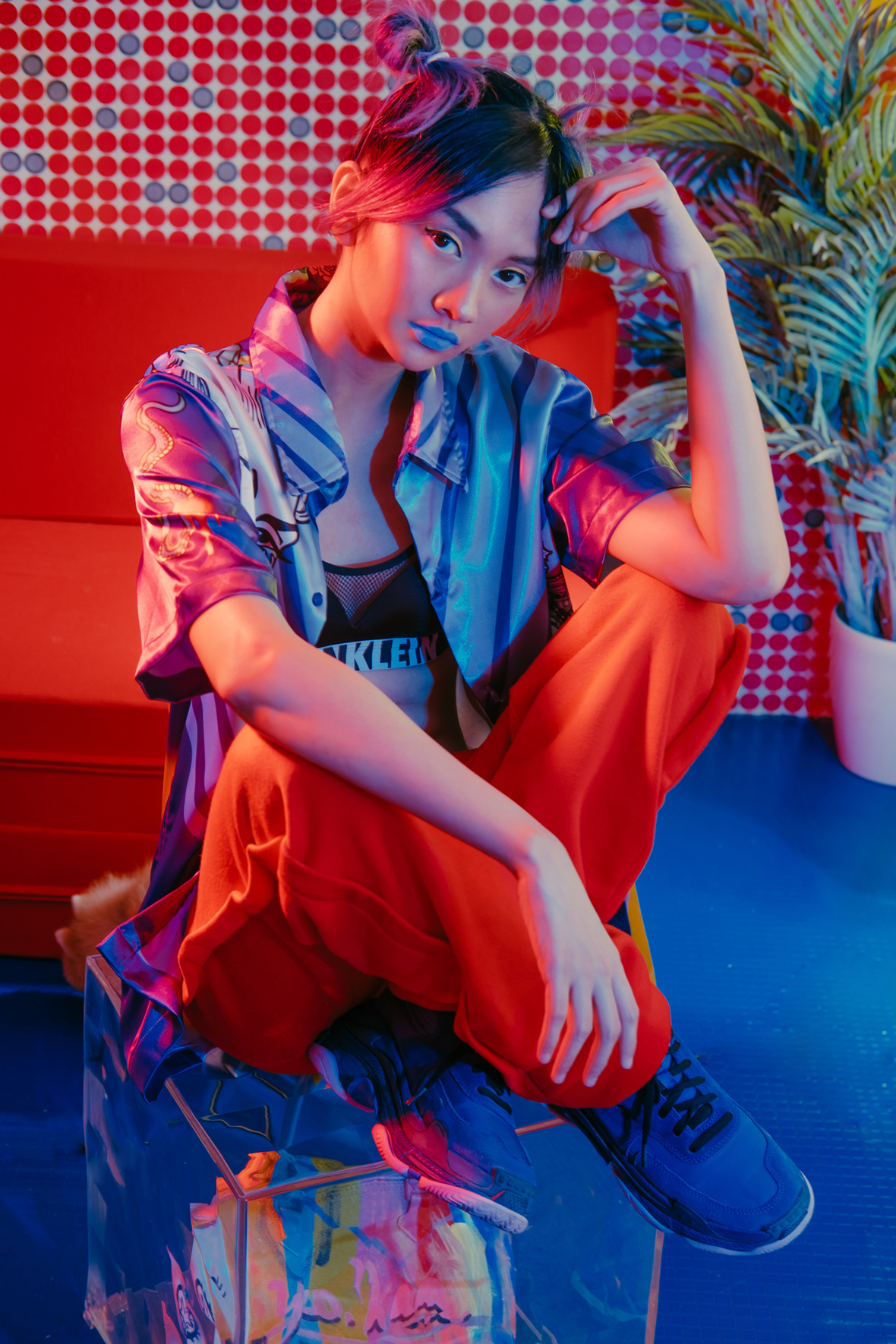 In fact, Kaa never even intended to be an artist. She moved from the island of Palawan to Manila and enrolled in a fine arts program. After winning numerous art competitions it became clear that art was the right path for her. In the last few years, she’s landed solo shows across Asia and Europe. “My mom didn’t want me to be an artist or to dress colorfully—she’s a businesswoman and wanted that for me, too,” Kaa says. “But she’s still supportive of my art.” 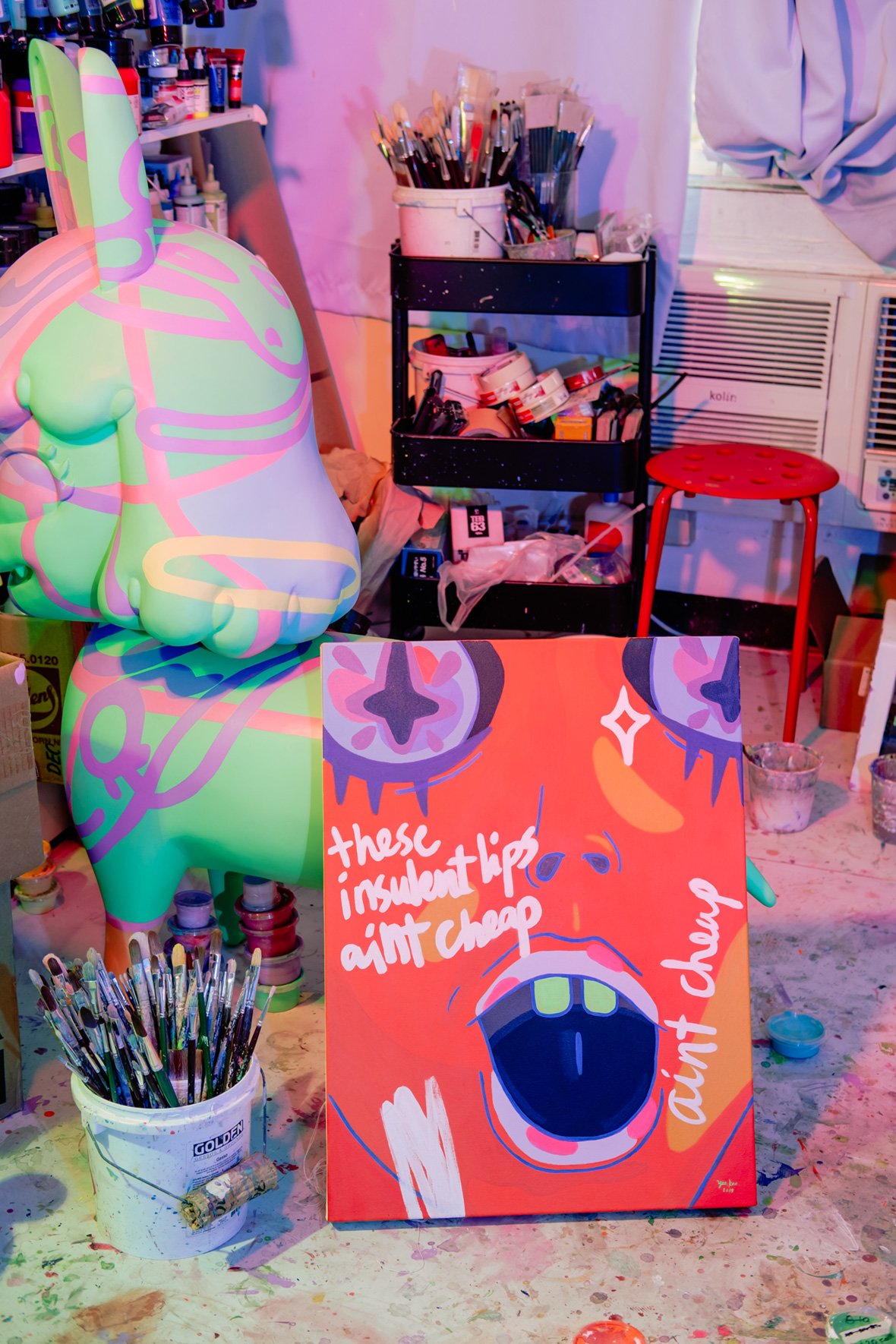 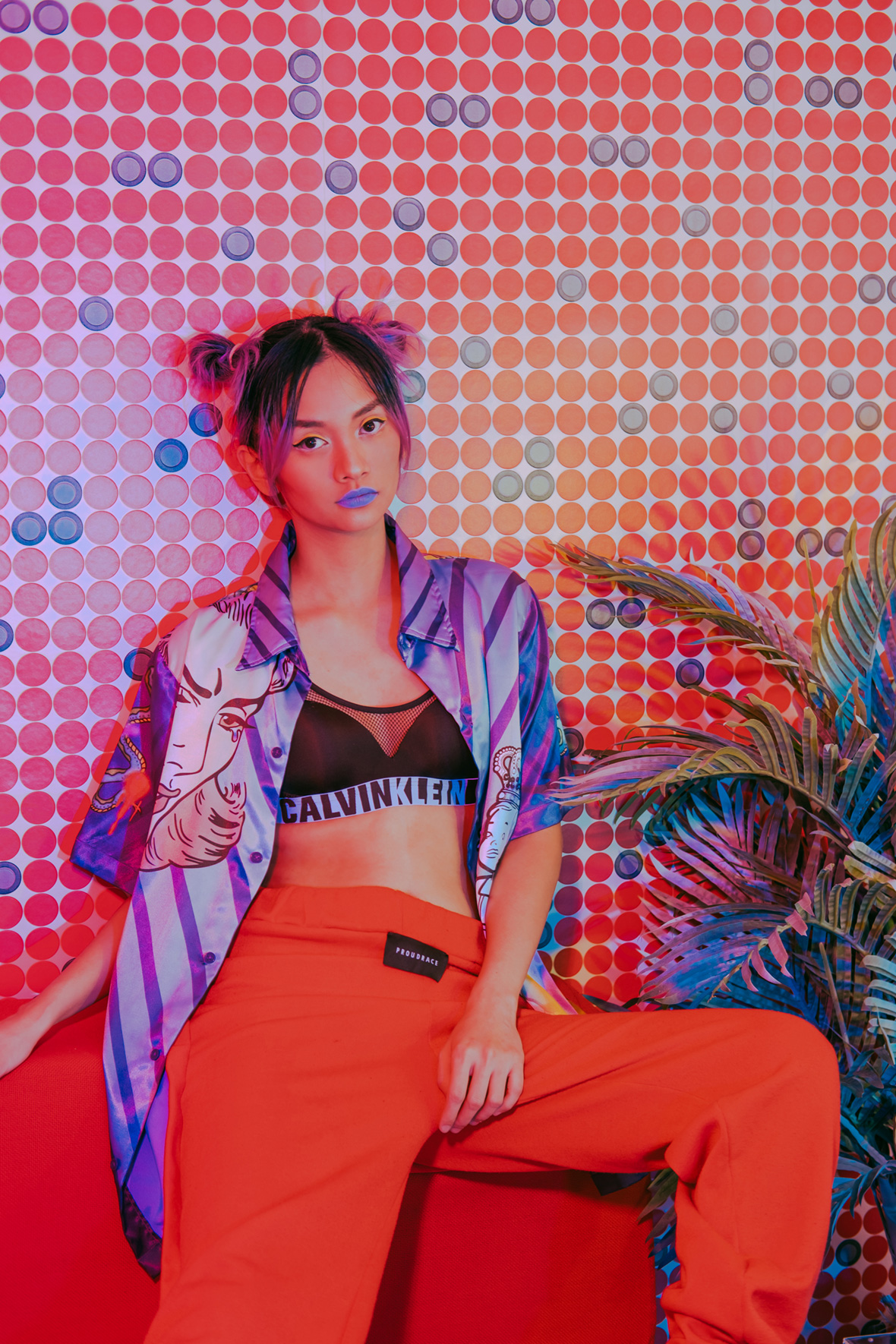 The darkness in Kaa’s work comes from a very real place: she suffers from mental health issues. “I used to call the suicide helpline a lot, but it’s staffed by untrained volunteers. Twice, they simply told me to talk to a pastor,” she recalls. Kaa is not religious. More recently she’s stopped calling and started filling entire notebooks with bleak sketches as a way to express her deep despair. While art offers a respite, it’s only a temporary distraction. She spends ten hours a day in the studio painting, and as soon as she stops, it’s often be a quick slide back into the depths of depression. But her friends help keep the demons at bay. They often drop by to keep her company, some of whom deal with similar issues and can lend an empathetic ear. Last year, she also got a Pomeranian puppy named Fake who she says has helped a lot.

As our interview wraps up, she has Fake do some tricks, which he’s eager to perform. “He’s such a happy, energetic little creature. It’s hard to be upset around him.” 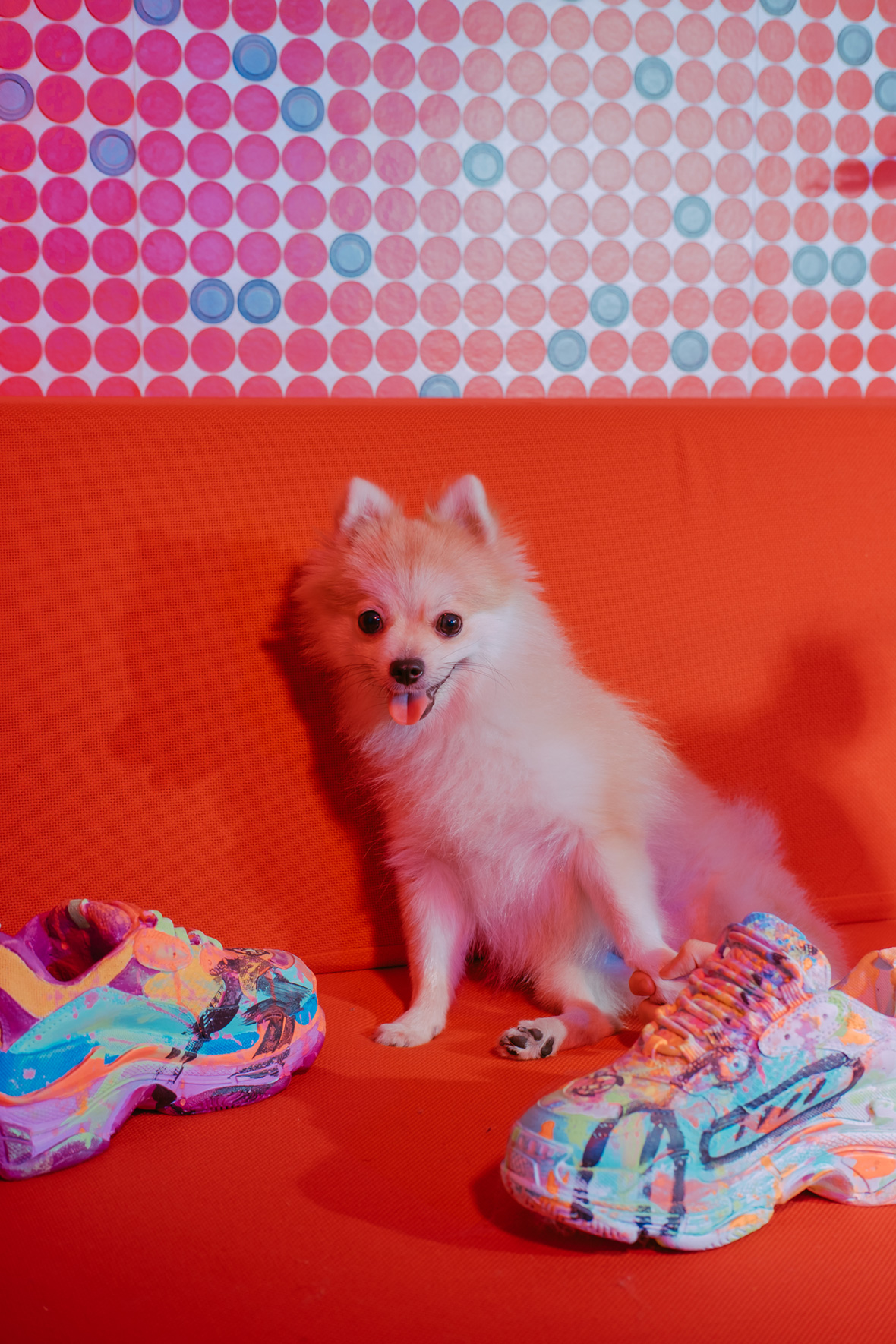 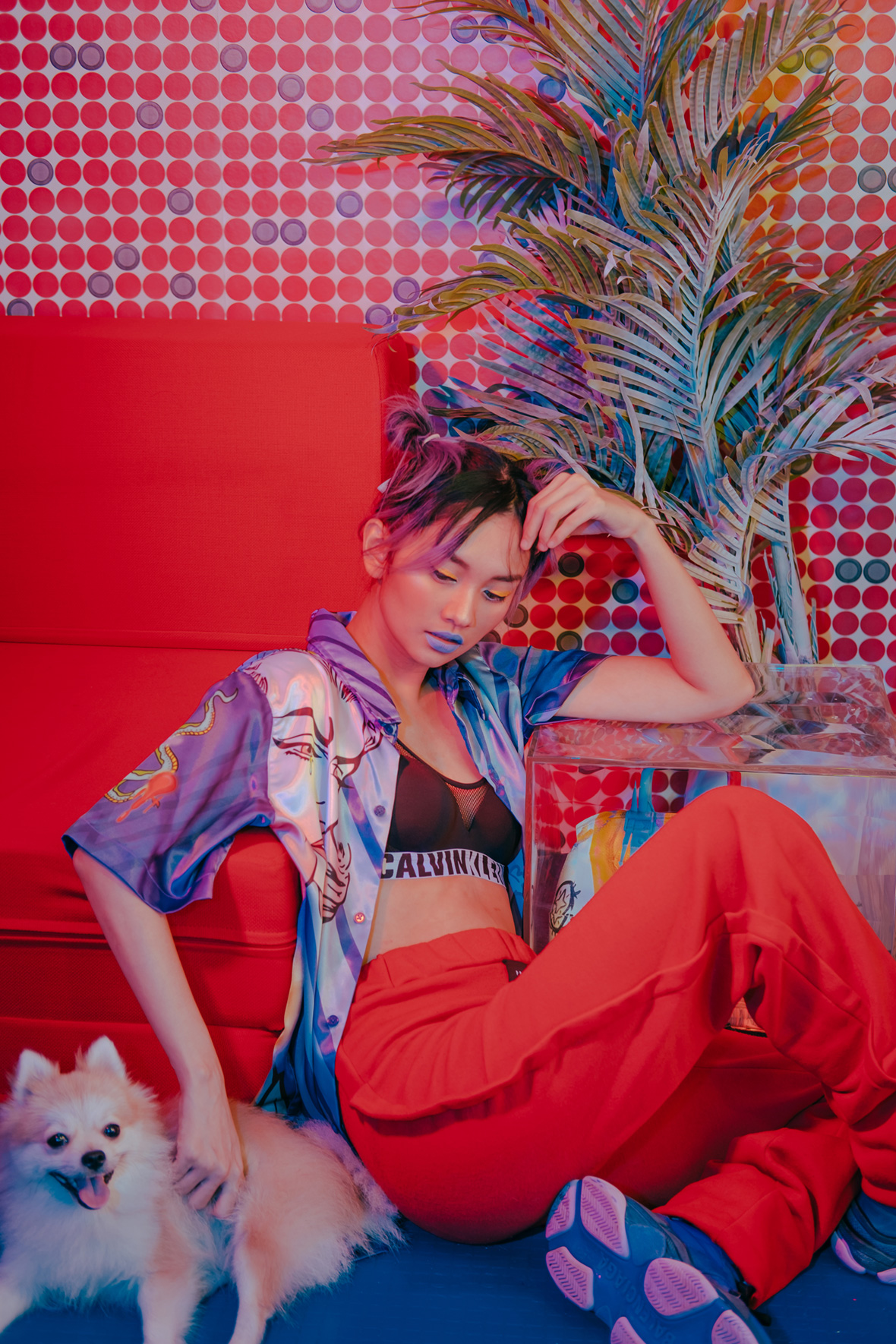