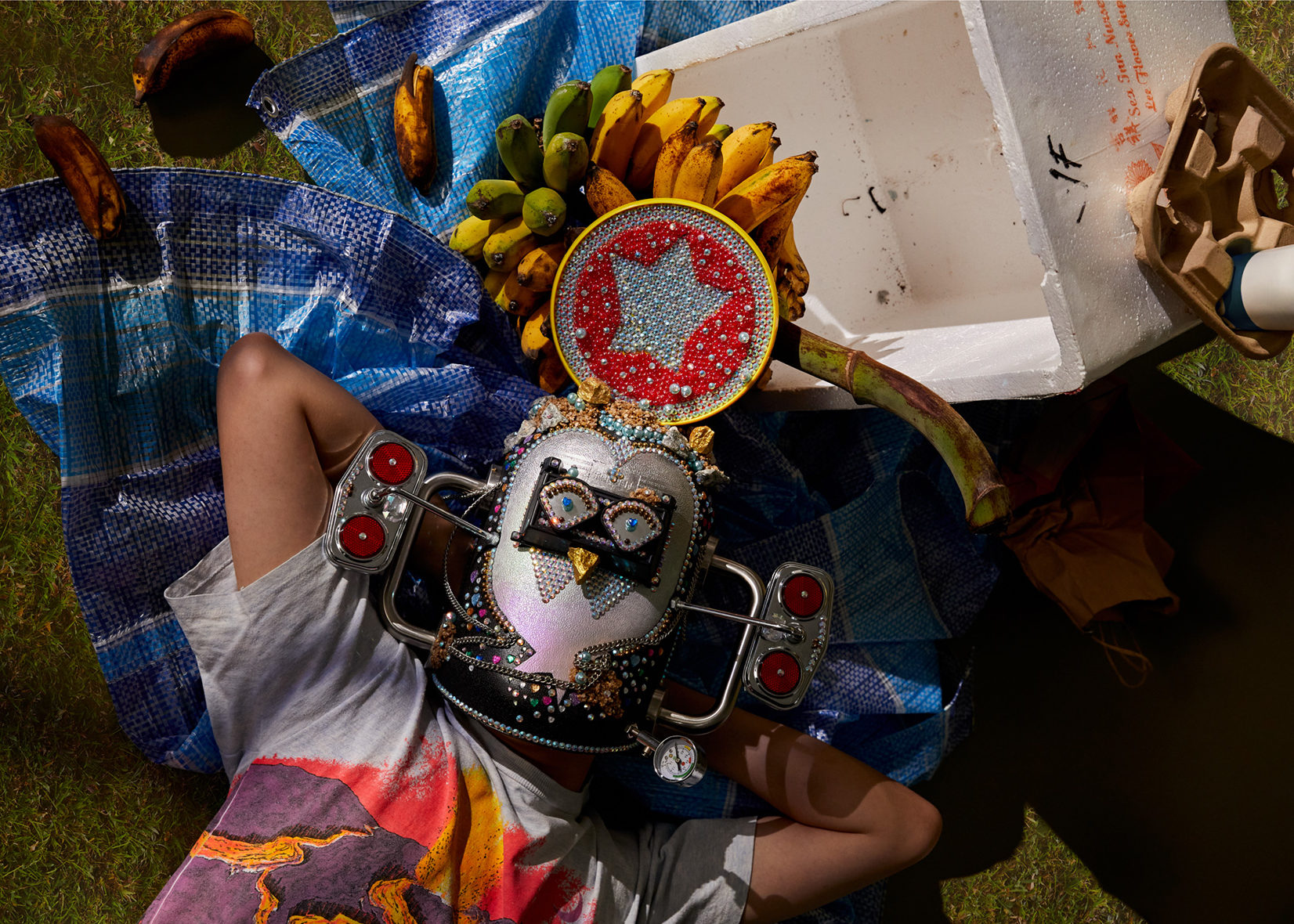 What type of effect does someone else’s gaze have on a person? How does someone control that and what toll does that effort take on a person? These questions are a significant part of Khairullah Rahim‘s work. Masks, cameras, camouflage—tools wielded in the cat-and-mouse pursuit between those seeking agency and privacy and others trying to strip them of it. He presents everyday, familiar objects as holding complex, hidden lives. 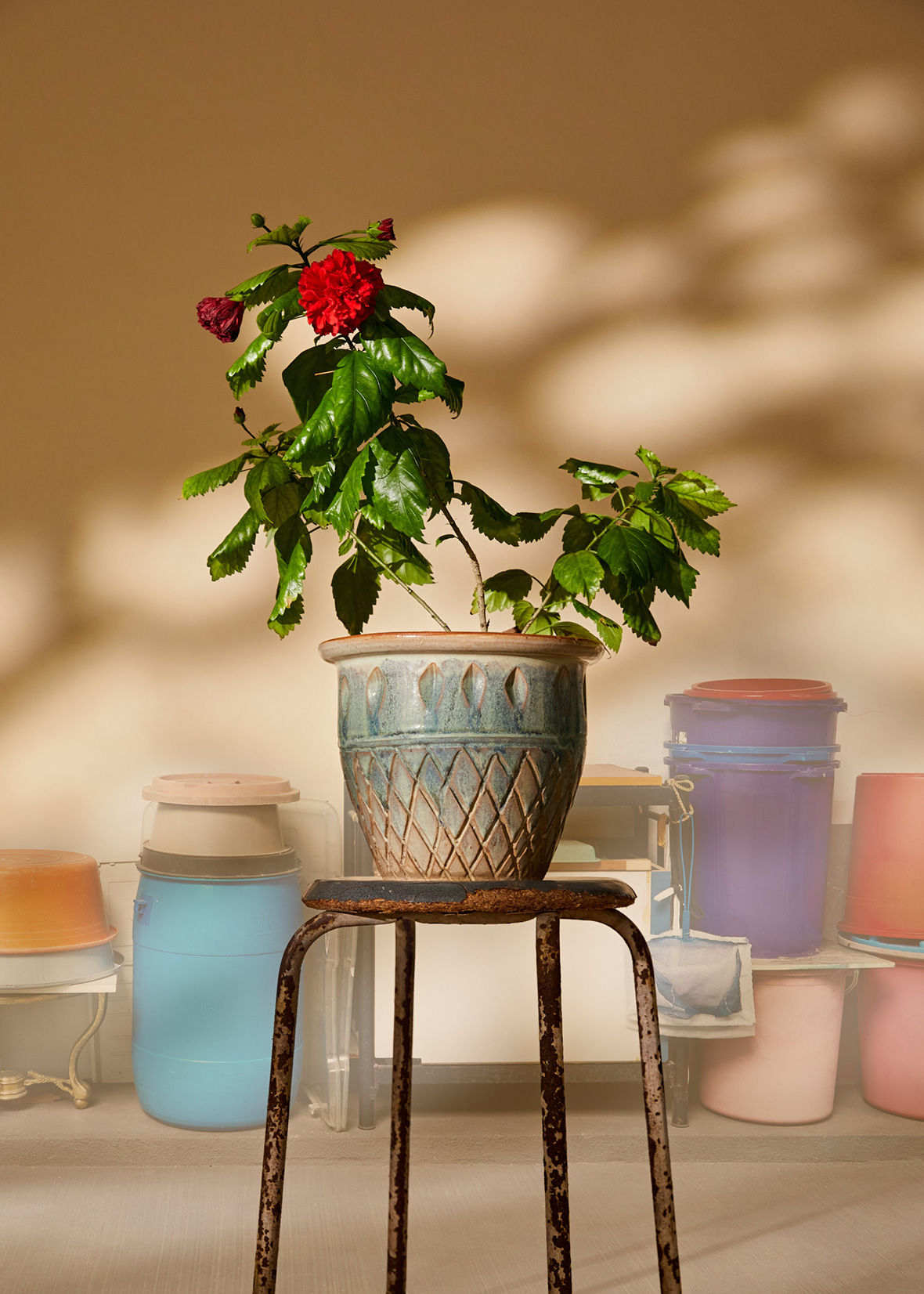 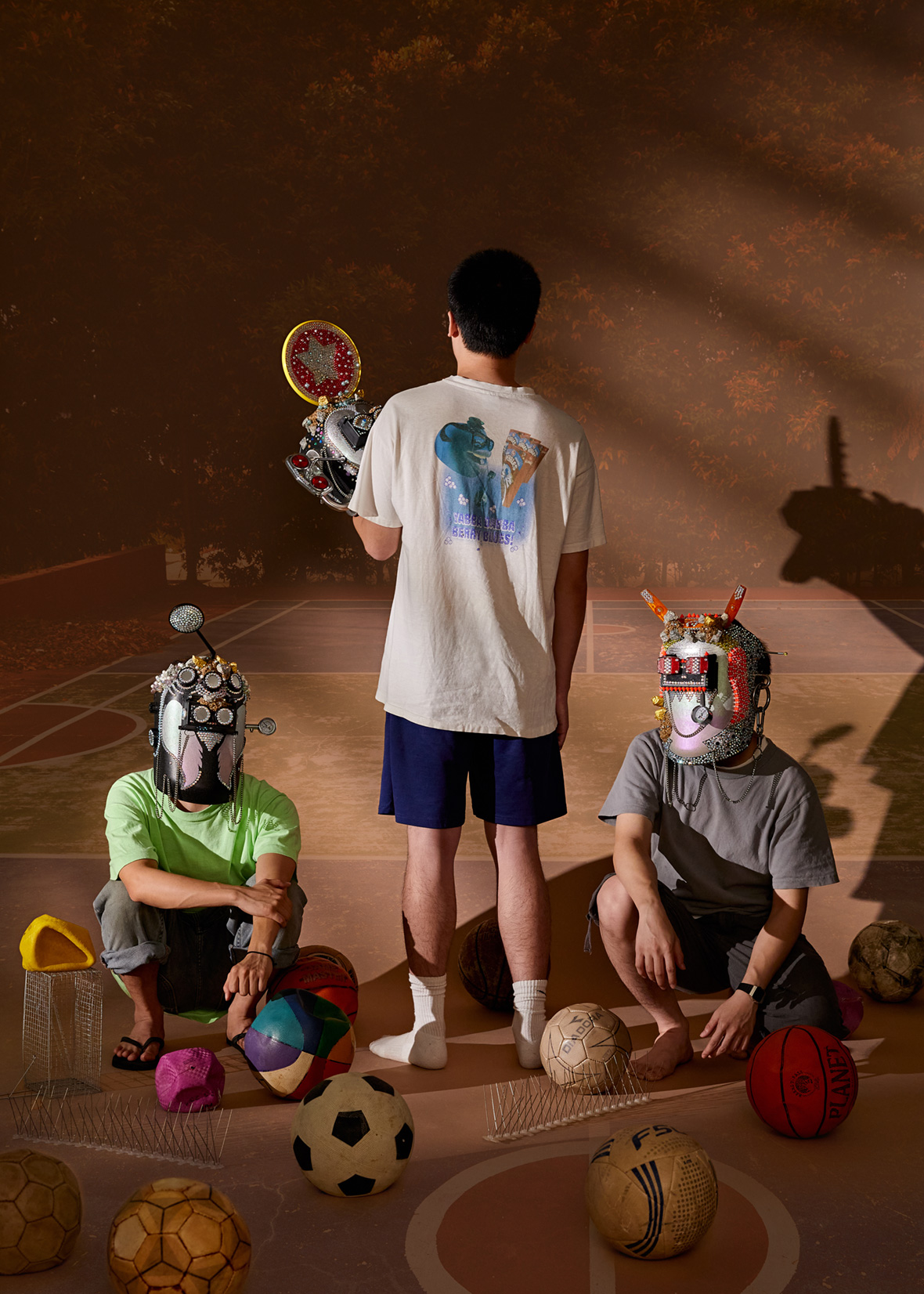 Born and raised in Singapore, Khairullah is a gay ethnic minority from a working-class family. This background has made him the object of unwanted attention and placed him at the sore end of a significant power imbalance. His art is a distillation of all of these experiences.

Many of his family members are creative in some way, but he was the only one to pursue art as more than just a hobby. “Our priorities were slightly different,” he says of his family’s drive for stability over creative satisfaction. Although they were never against his artistic inclinations, the issue of his sexuality was a little more tricky. He was outed by another family member at 18, and they simply chose never to speak of it again. “I bear no grudges and it’s something I’ve learned to live with and accept,” he says. “In their own ways, I believe they’ve learned to accept me.”

Life outside the home is even more complex. Singapore is a country that still formally outlaws consensual sex between male adults, making it difficult to even talk about the issue. “Any kind of attempts to discuss, educate, or bring about awareness of issues pertaining to our lived experiences are often muffled, misrepresented, and heavily policed,” Khairullah says. 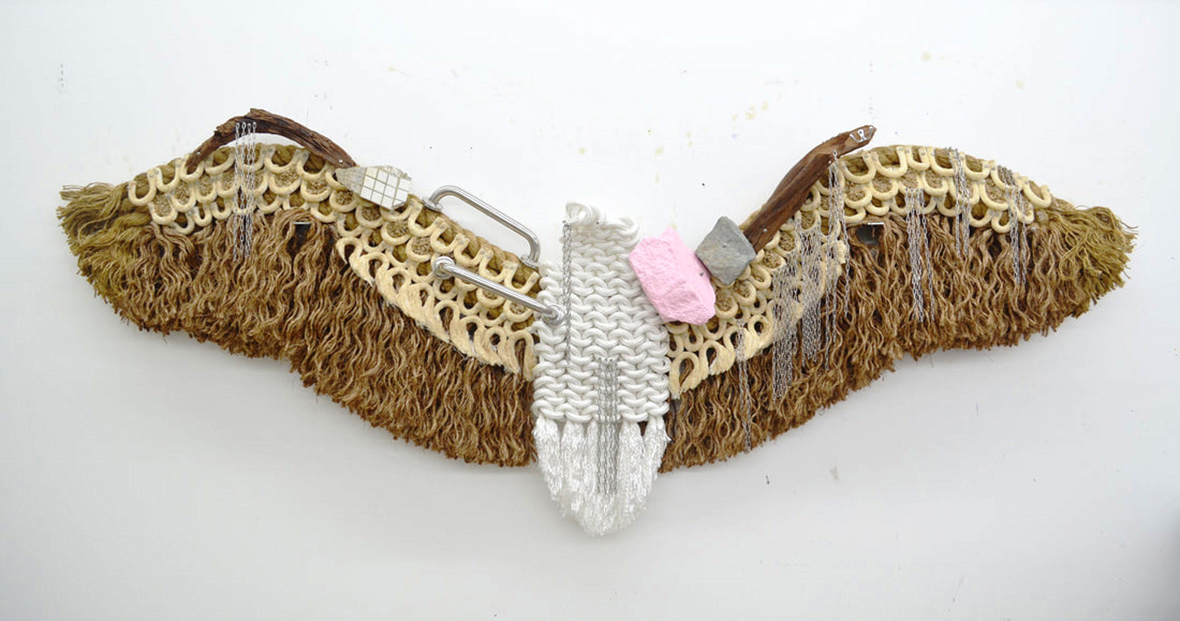 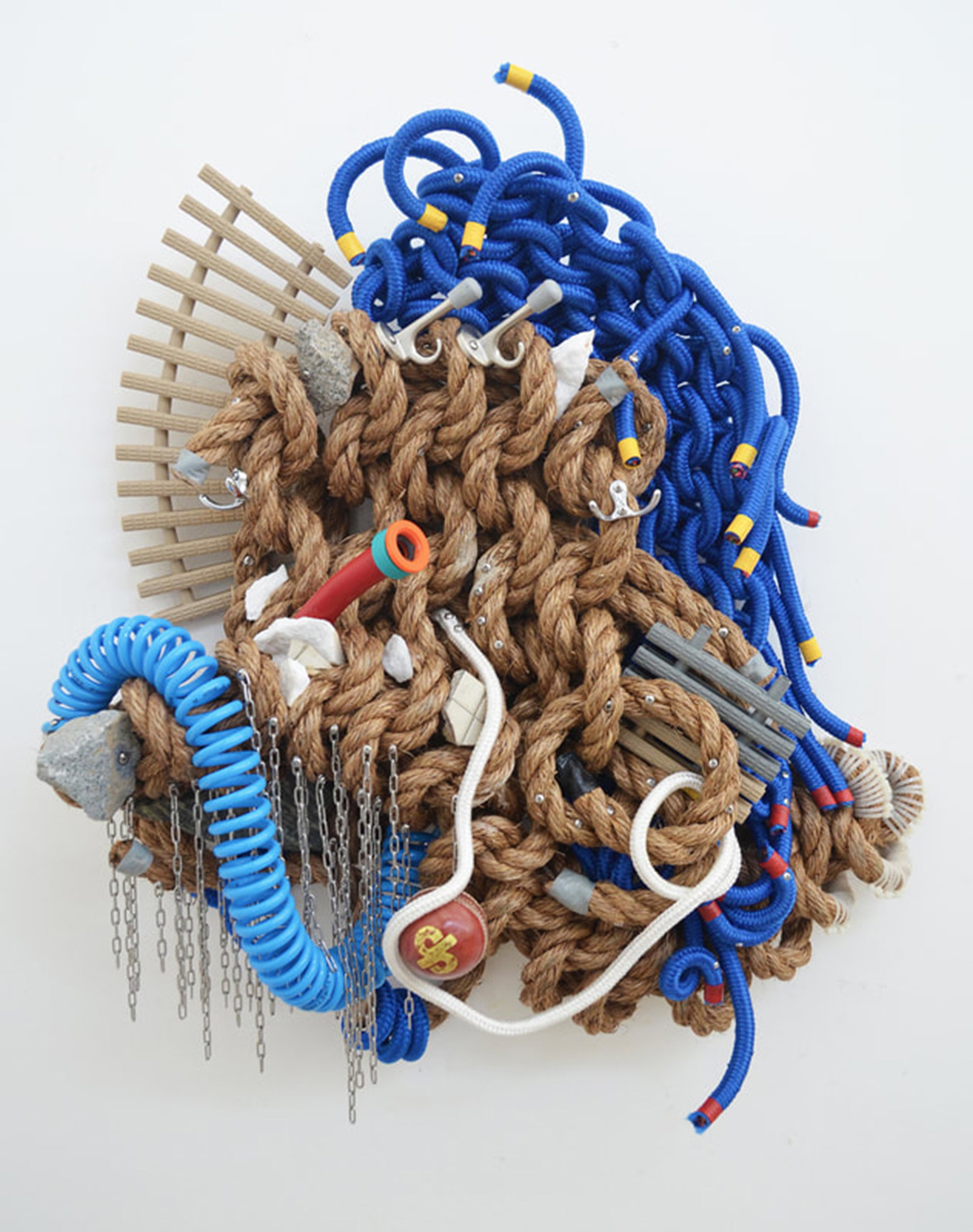 The dance between lovers is a space of freedom in Khairullah’s world, one he explores with affection and adoration. He often talks about “cruising”—a term describing the act of gay men seeking out partners in public spaces—drawing analogies between peacocking and the way real birds flaunt their plumage. In his exhibition, The Incredible Frolic, he gathered found objects from past “cruising grounds,” presenting them as quirky sculptures and assemblages, including a pair of wings made with rope scraps and public bathroom fixtures, some of it gathered from the beach and nearby pool facilities. 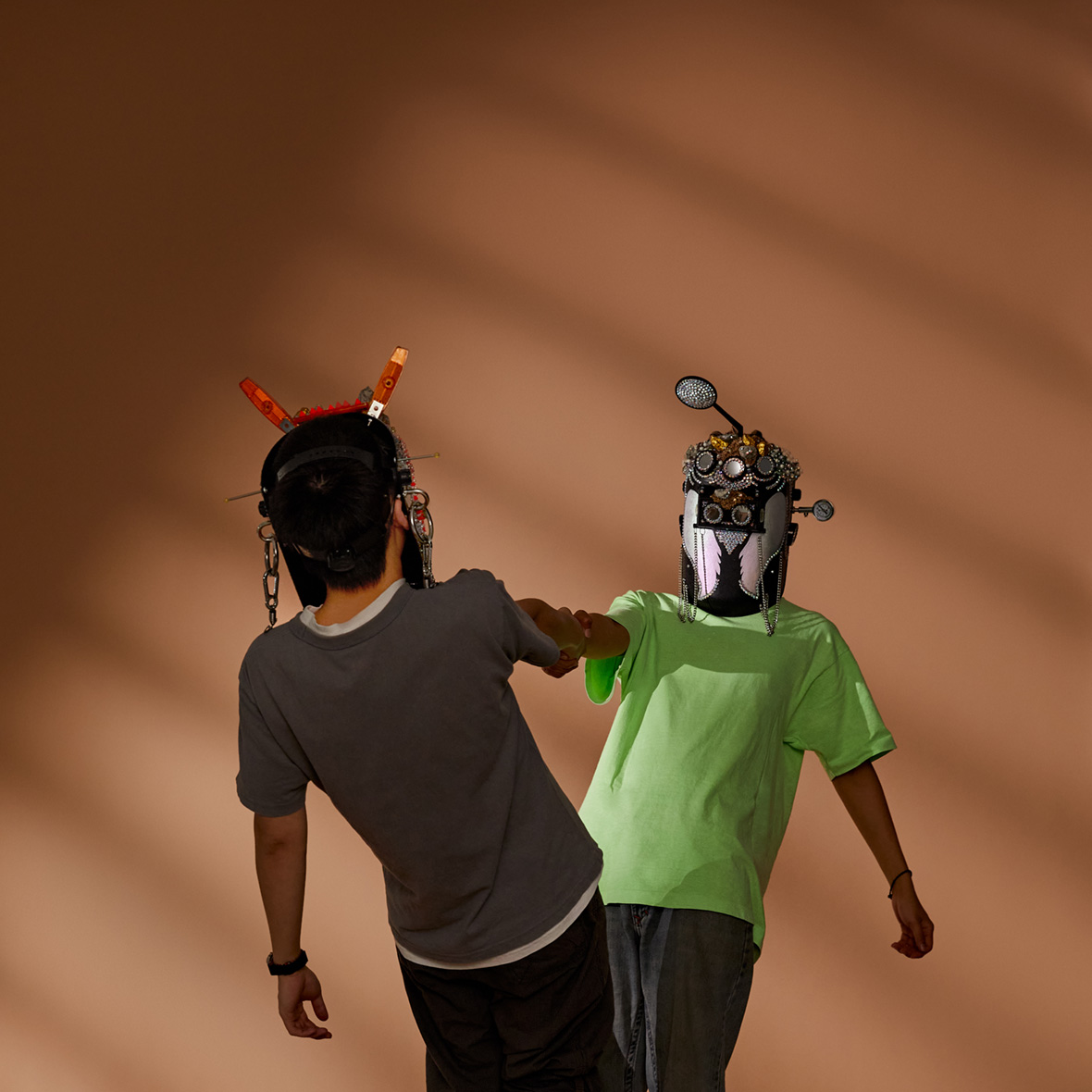 His love of birds began in childhood and they’ve appeared in his art for years. During an artist residency in Austria, he created his first pigeon mask as part of an exploration of avian beauty, featuring rhinestone feathers, a golden beak, and an ornate star halo. He later loosely built on the shared behavior between birds and humans with Gathering Of Flocks, an exhibition centered on his local neighborhoods. Each flock, or housing block, is captured through assemblages crafted from everyday domestic objects that range from bells, candles, fence posts, and clothes hangers. These creations, Khairullah believes, can represent “fragments of their private lives and social demographics.” 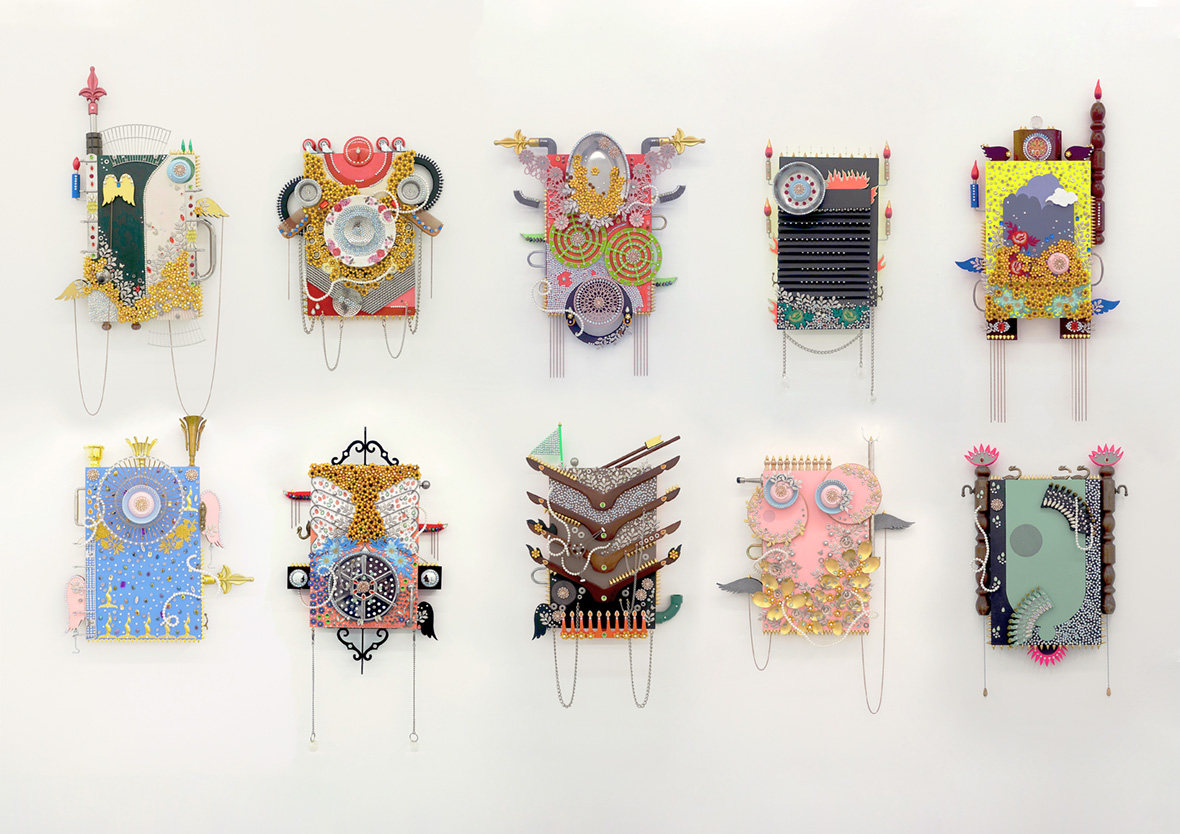 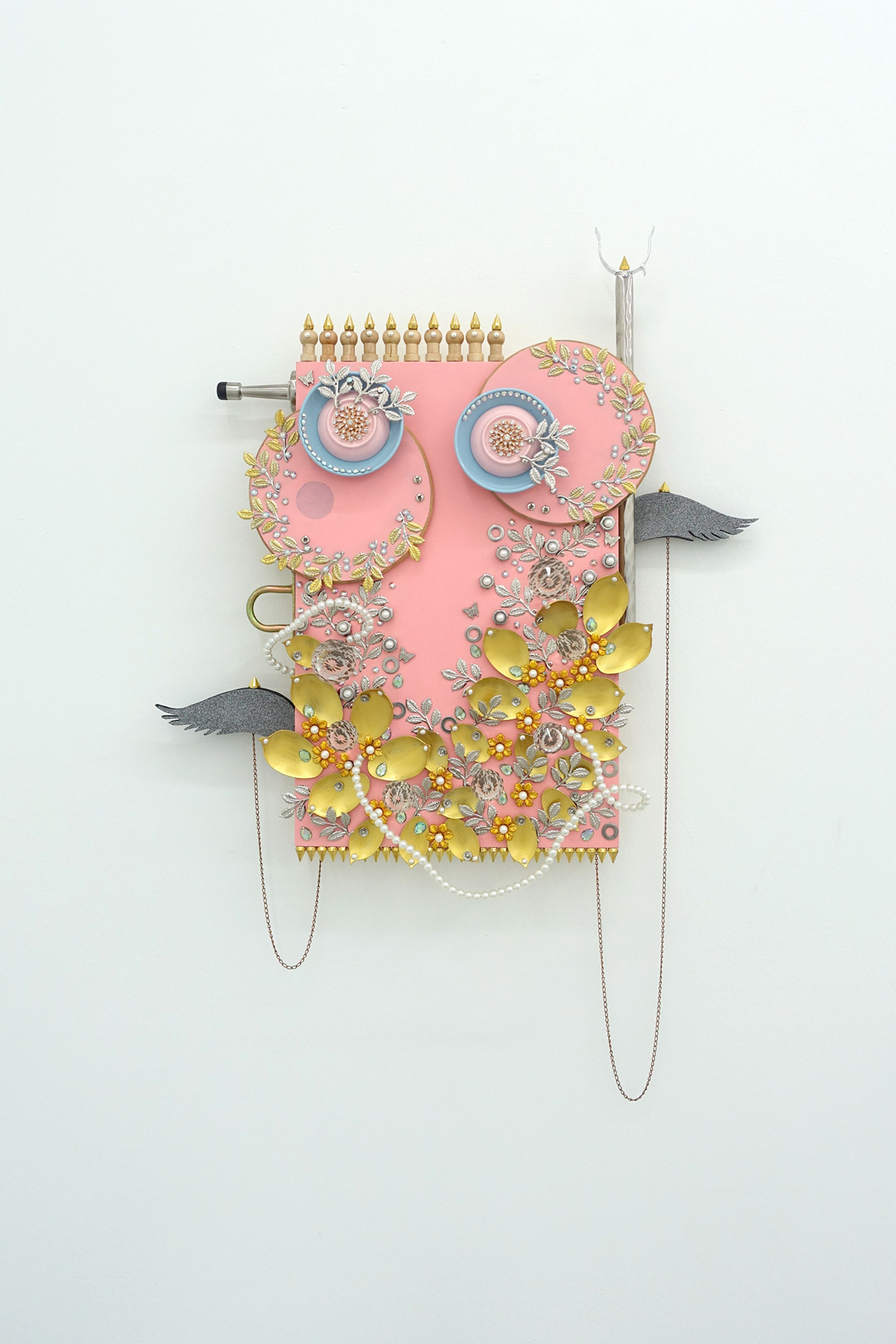 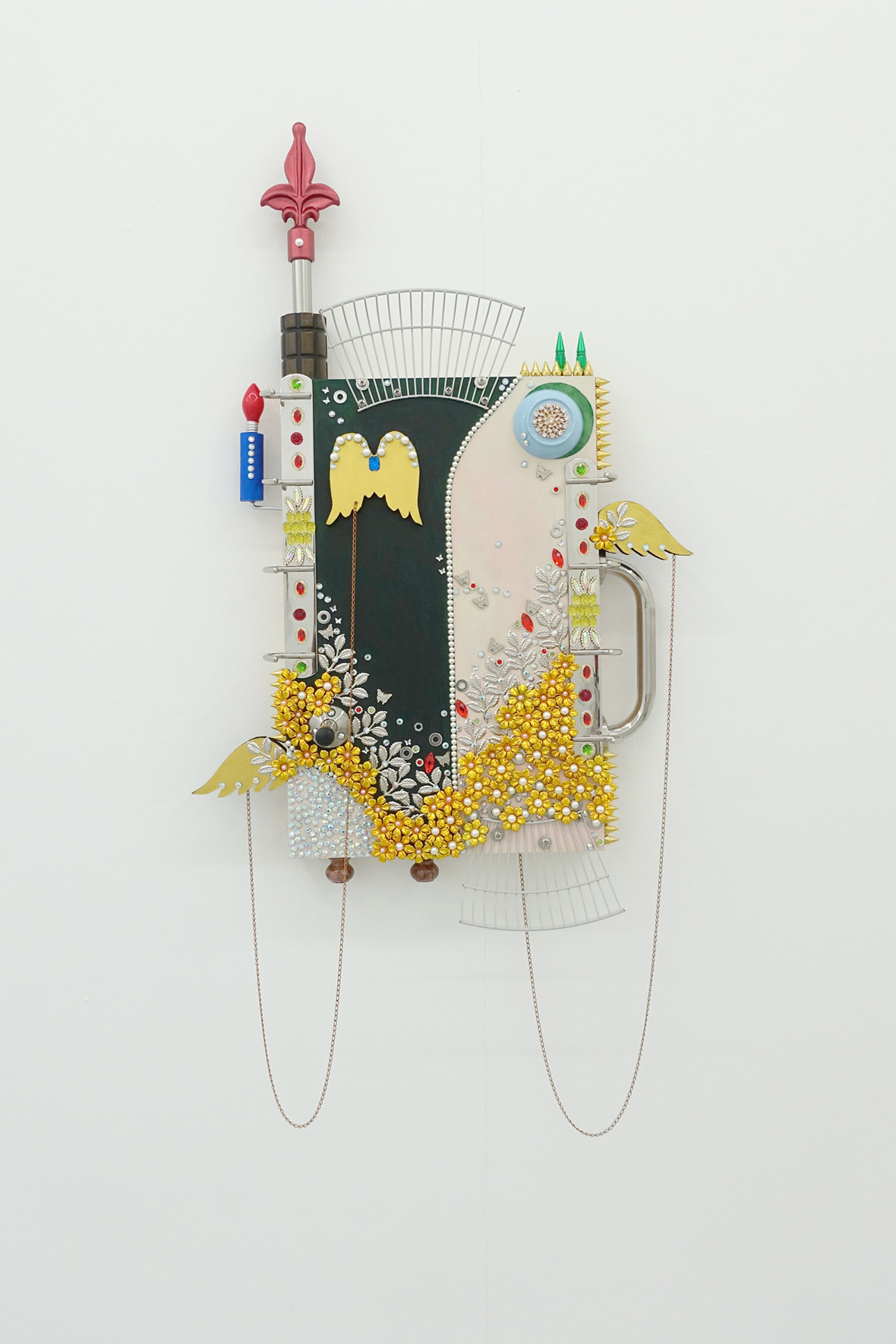 In the series Non-Precious Things, Khairullah again dwells on commonplace objects, but instead of reconfiguring them into abstract assemblages, he keeps their original form and decorates them with costume jewelry, stickers, and paint. When taken at face value, the items—blades, hammers, and cages—are mundane. And with his decorations, they’re imbued with a sense of levity and charm. “Upon closer inspection, each carries a certain sense of hostility and risk,” he notes of his object choices. “The beautification is a strategy to not only appeal but also to mask and obscure.” Dress it up however you want, danger is still danger. A bedazzled security camera is still a tool of surveillance and a golden mallet can still make for a deadly weapon. 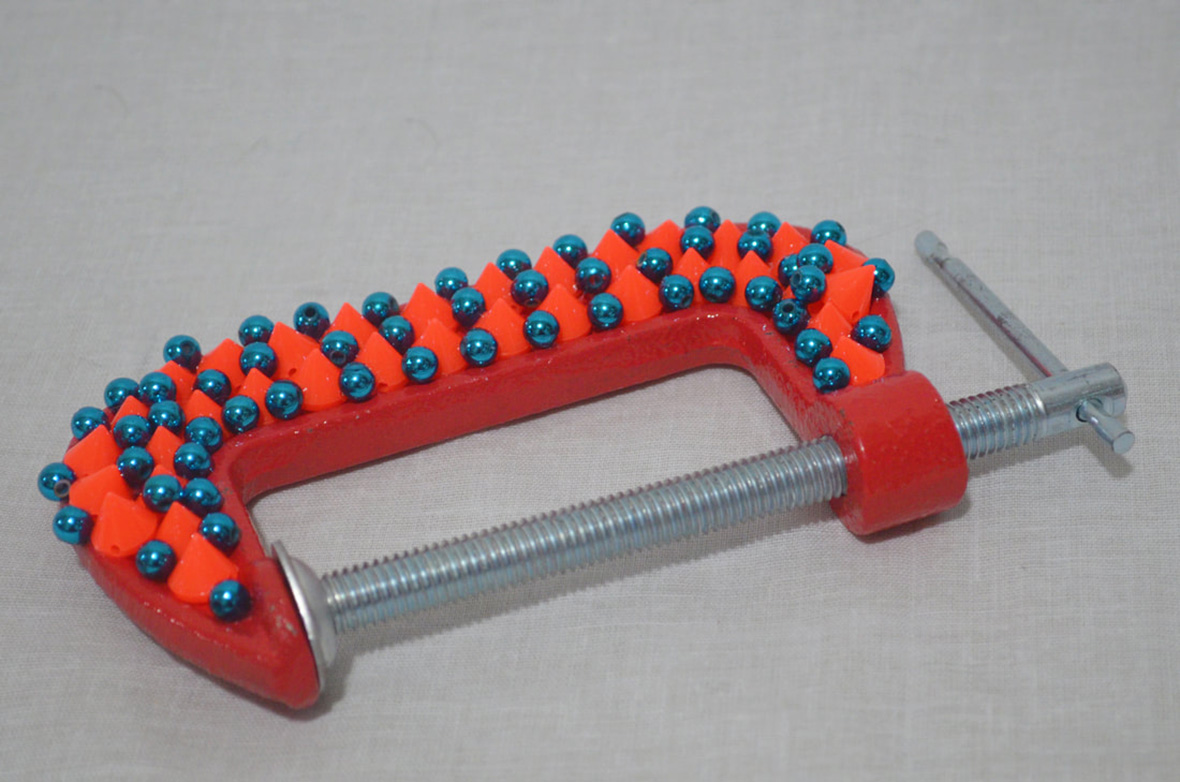 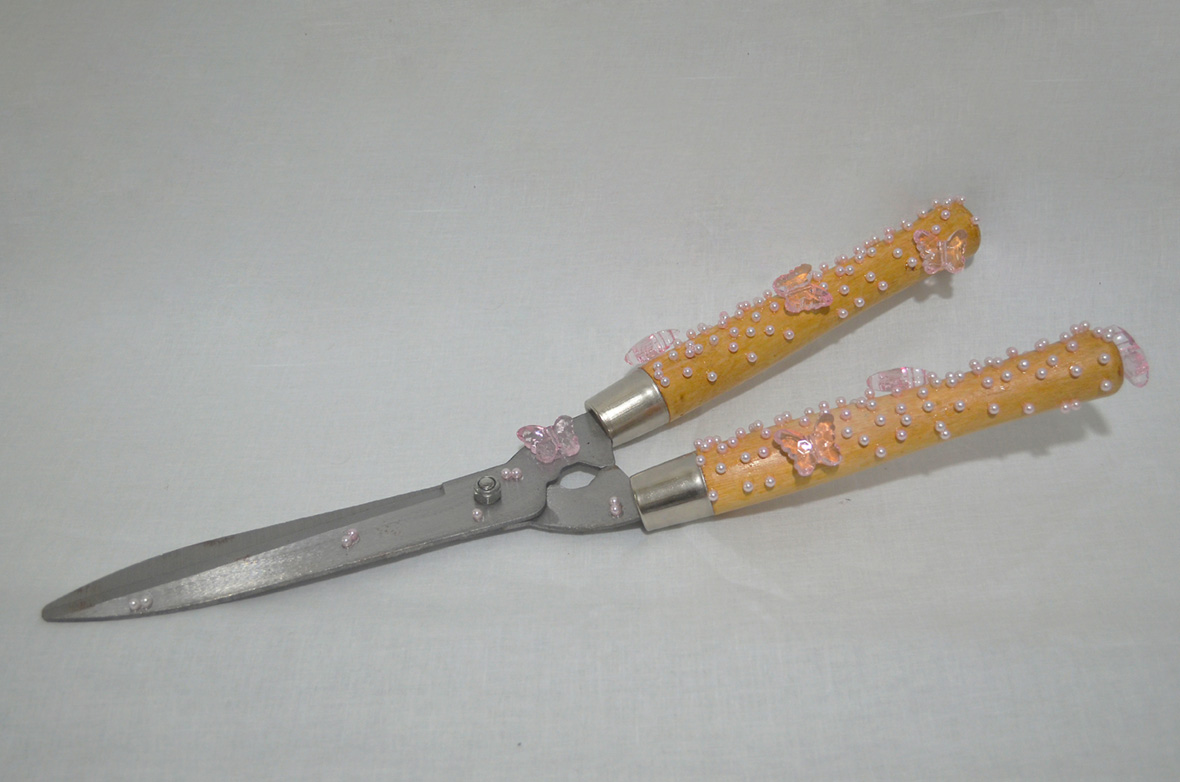 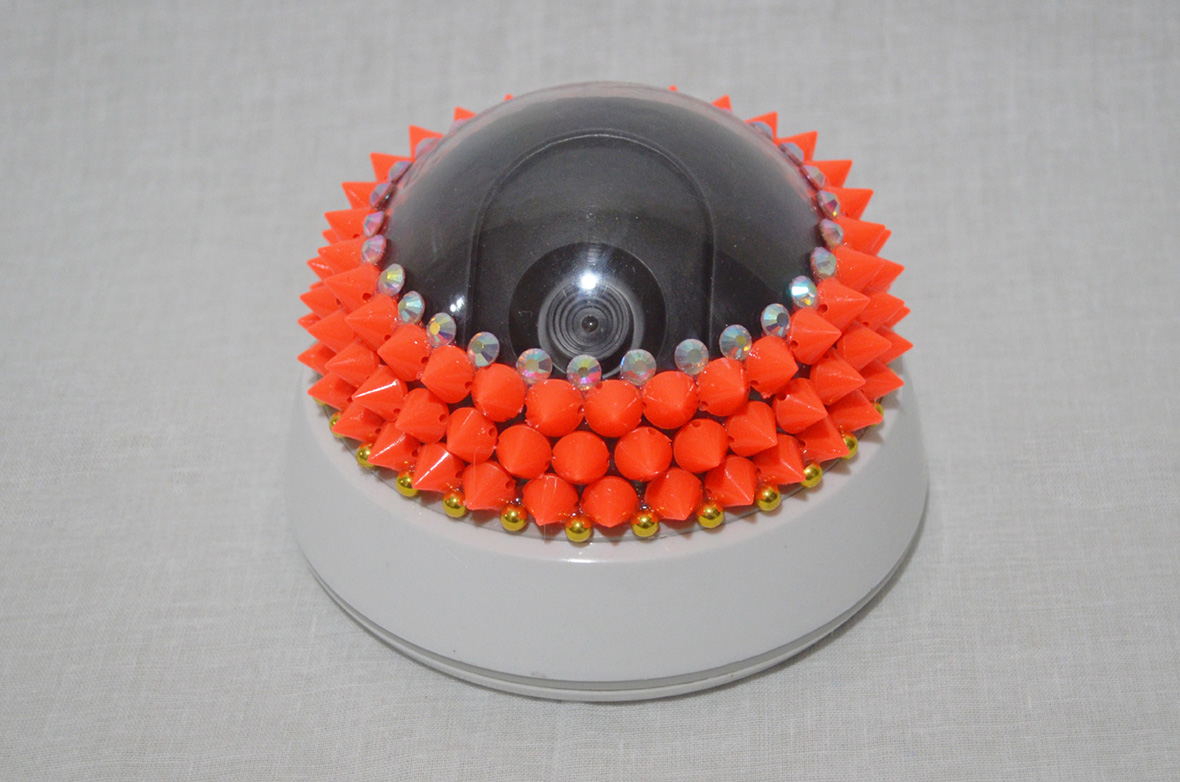 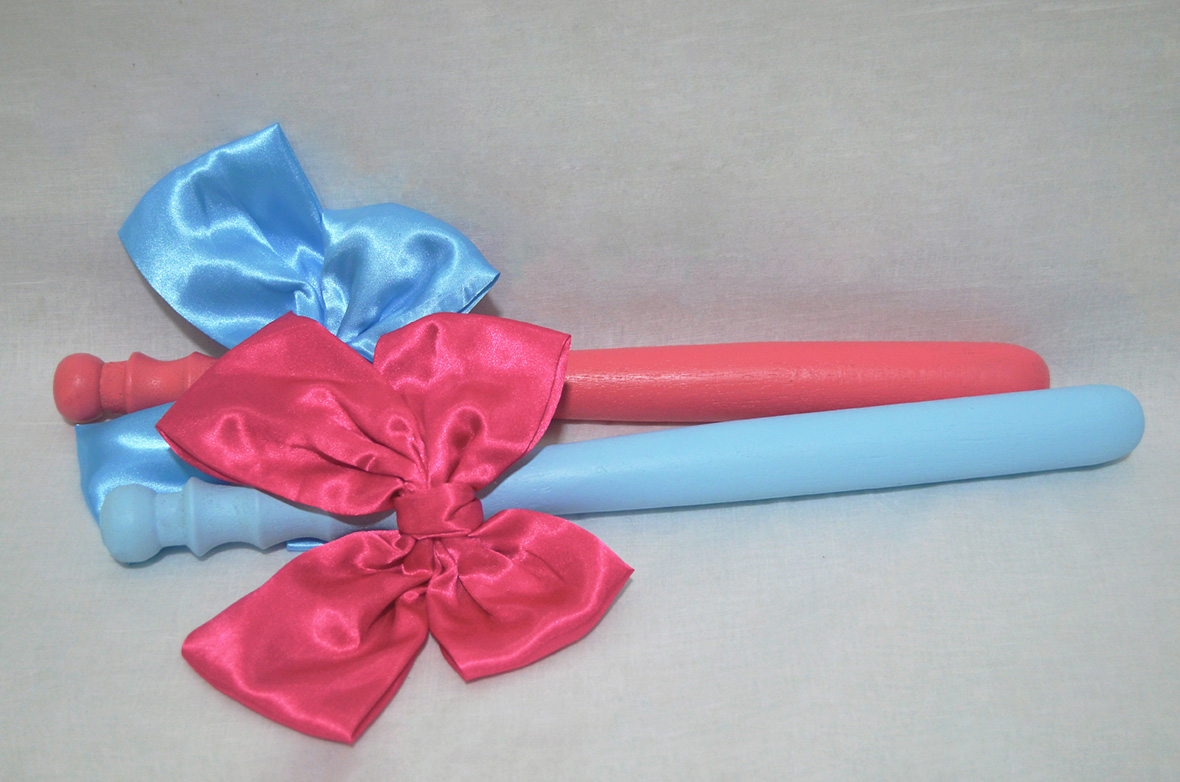 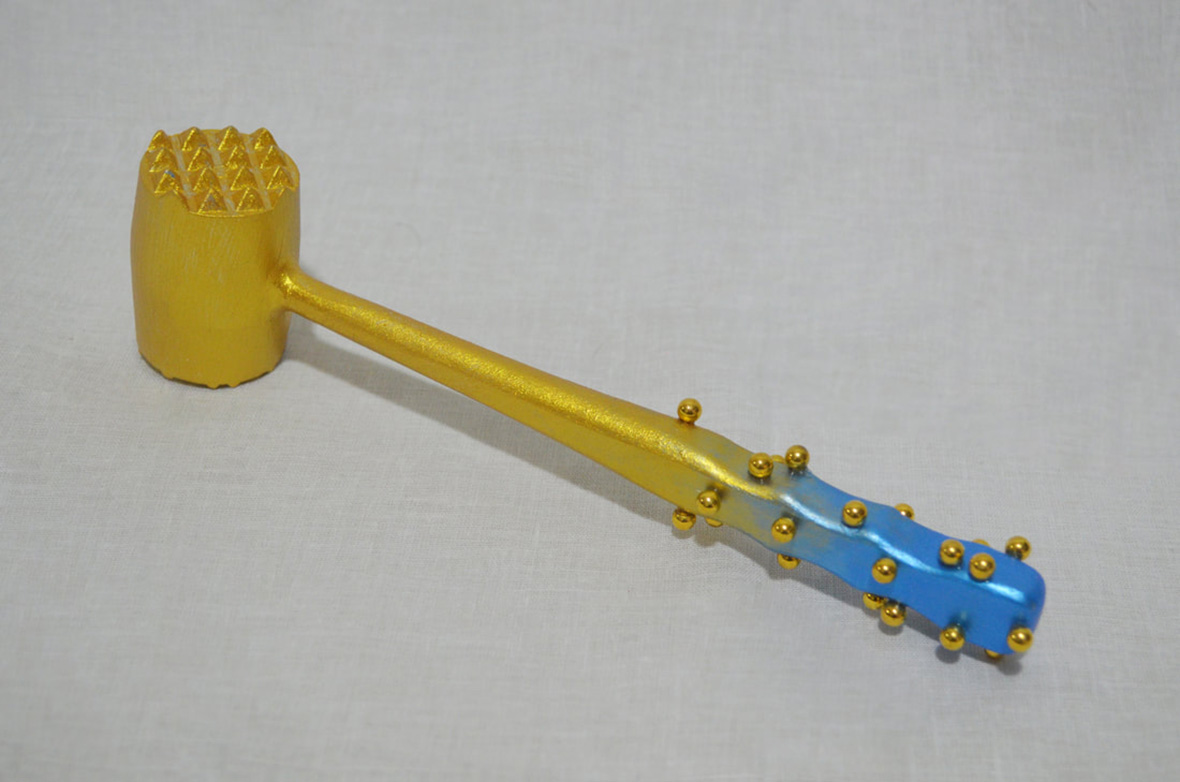 Classism is an issue dealt with most directly in Tender Musk. In the project, a human-like figure built from “dirty” cleaning supplies was set up on street corners, evoking imagery of a homeless person in plain sight yet still unseen by pedestrians. The piece is a statement on invisible professions like janitors, which are often shunned and overlooked, preferably forgotten. By placing the sculpture in public spaces, he draws that contrast out, highlighting a humanity that’s been erased. 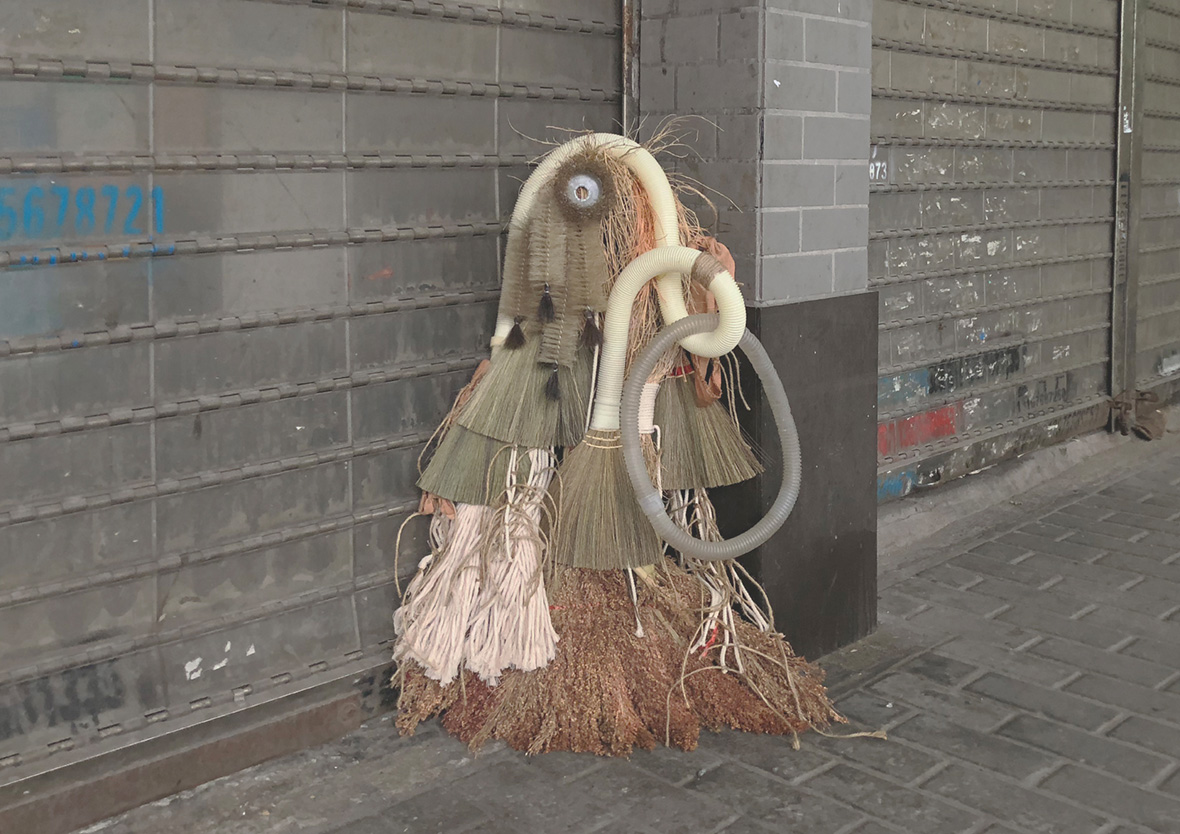 From the series Tender Musk 来自《柔情麝香》展览 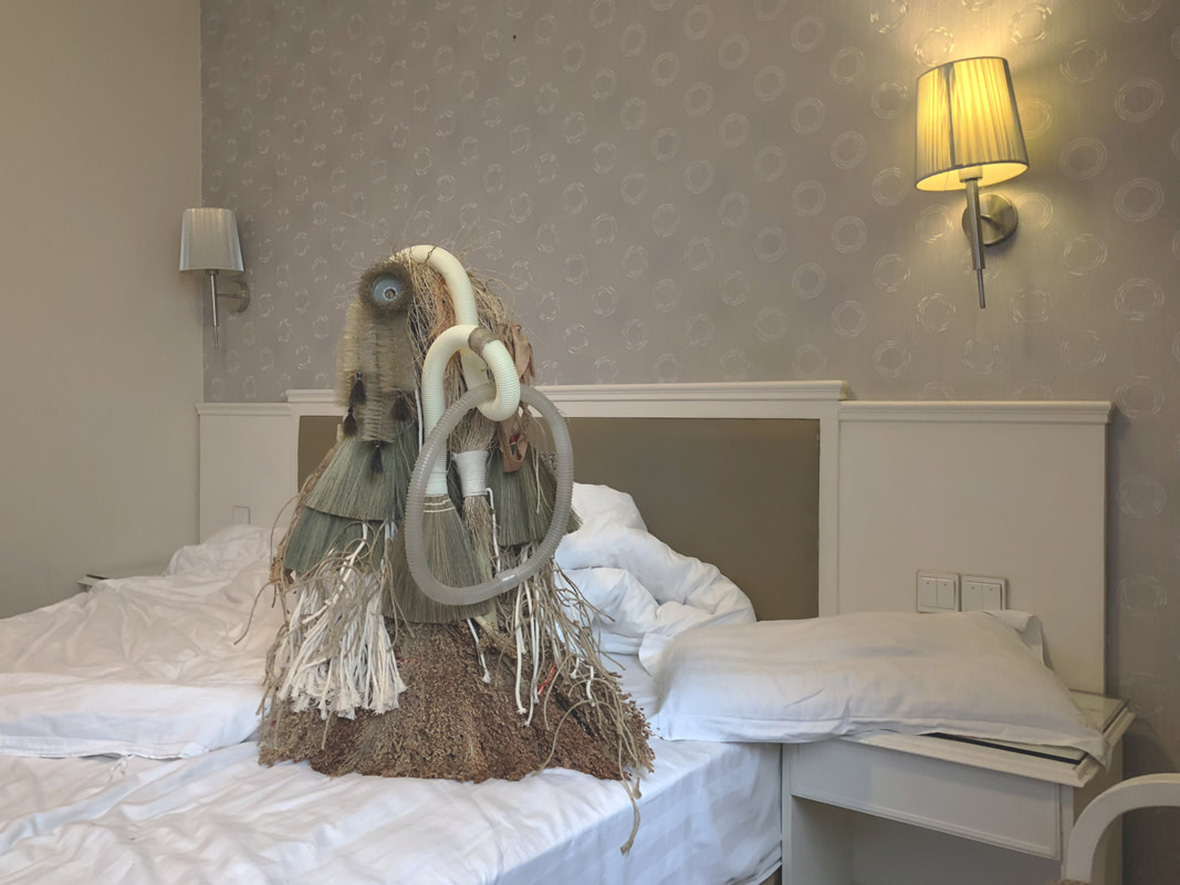 From the series Tender Musk 来自《柔情麝香》展览

With his most recent mixed-media project, Pigeon (People Like Us), Khairullah has crystallized his ideas and aesthetics, tying together his various subjects of contemplation with striking masks. Each piece is an expansion on his original pigeon mask and is built out of welding face fields decorated with mirrors, road reflectors, handrails, and more. Everything is sourced from the working-class neighborhood of Boon Lay, which is populated by elderly people, migrant workers, and foreign students. All of these objects are ostensibly used for safety purposes, but installed on his masks, they become unwieldy and cumbersome. Their reflectivity is especially important: “Many associate light closely with notions of safety, but there are also lights which illuminate more intensely on some than others,” he says, explaining the symbolization of visibility. Some people may want to avoid that “light,” particularly those from disadvantaged communities. But the pieces also invert these ideas, with the reflective qualities also representing the shielding and repelling of unwanted attention. 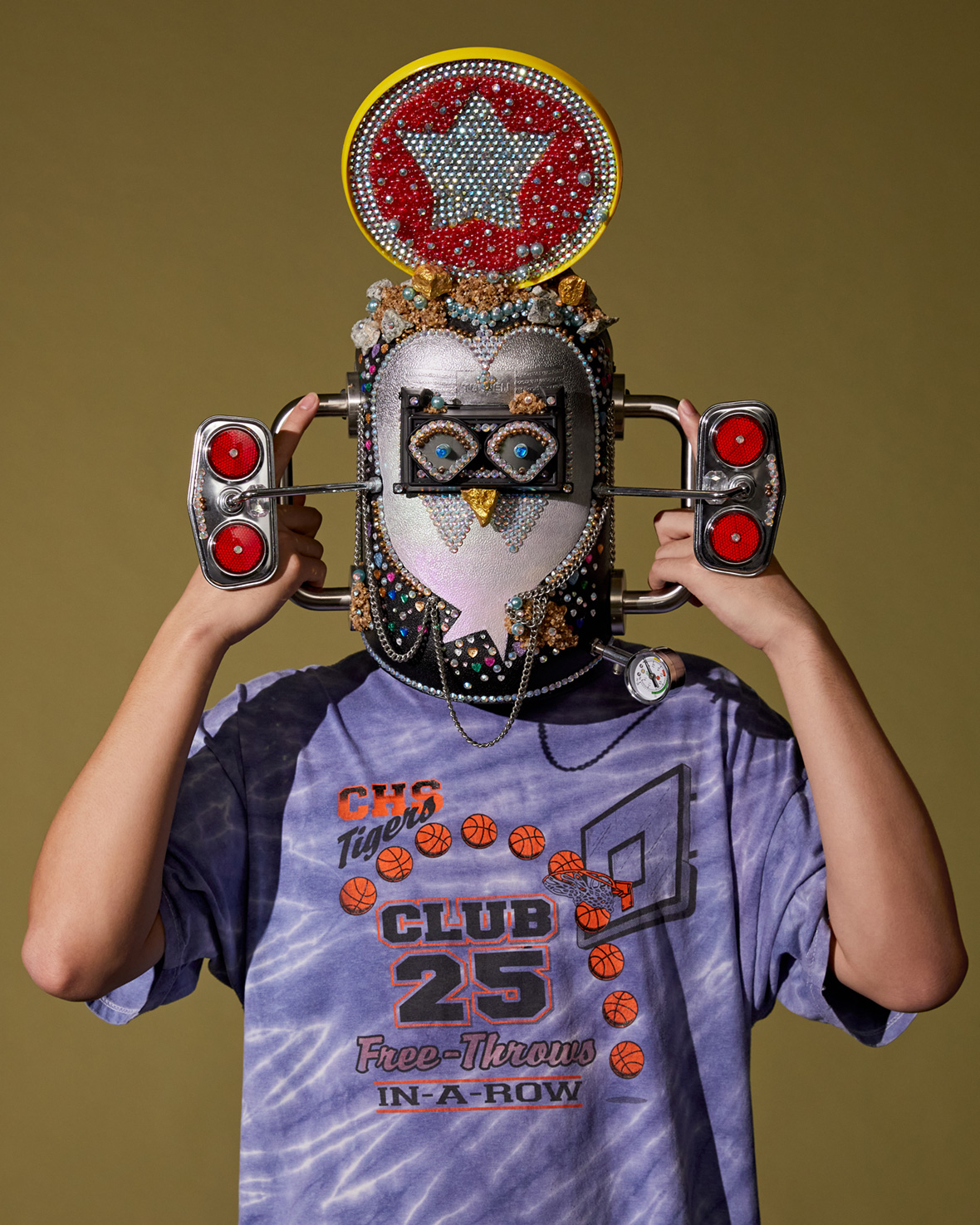 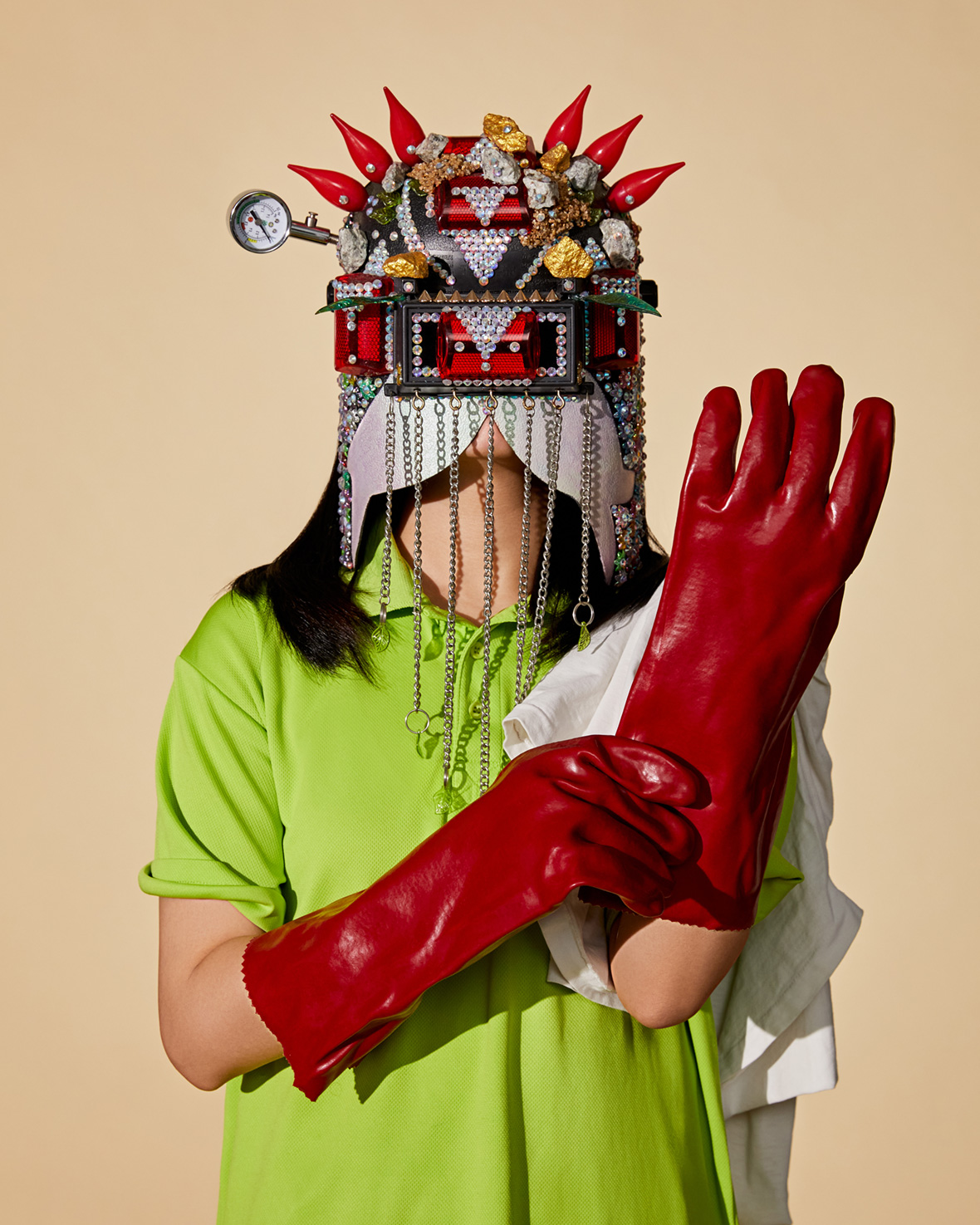 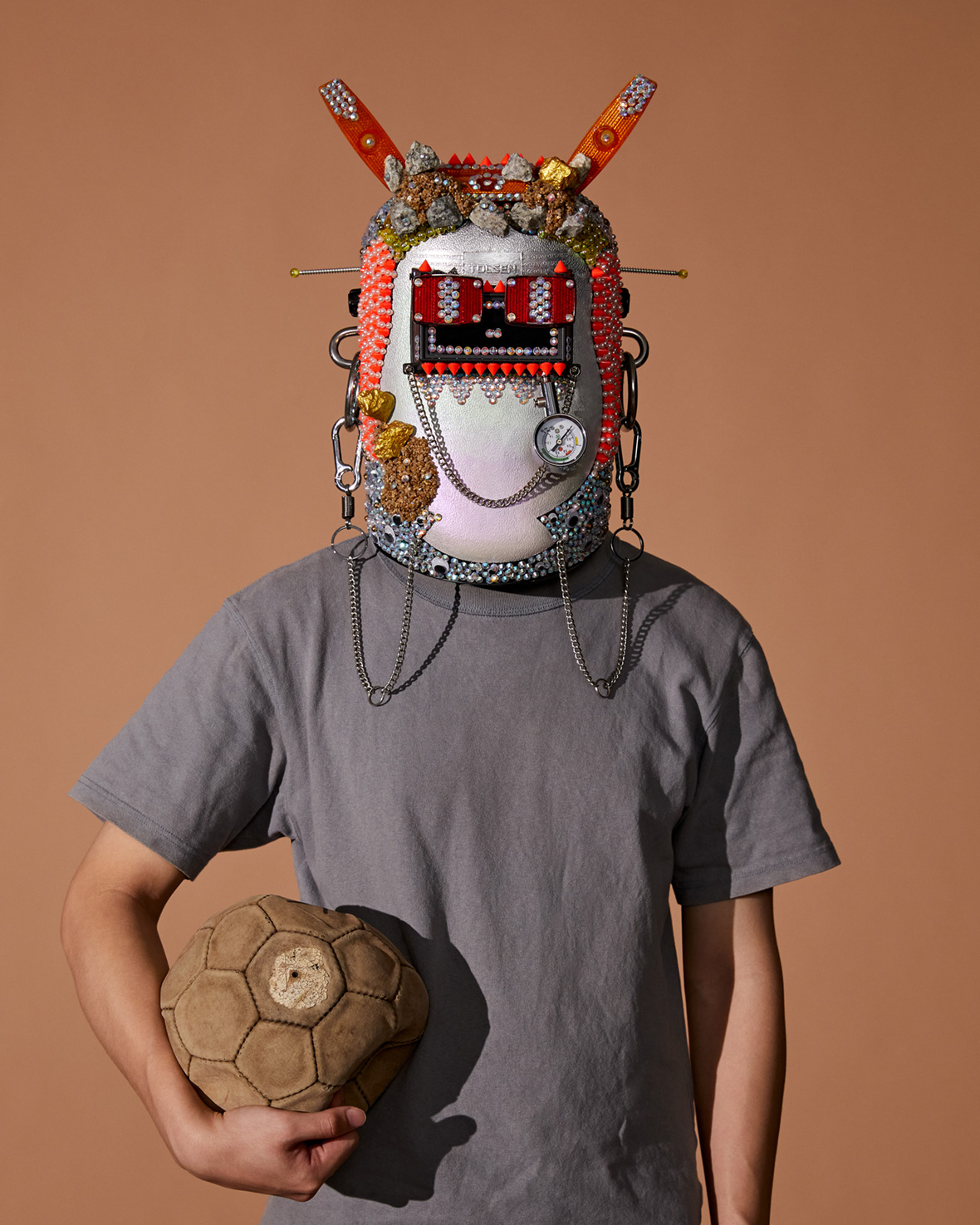 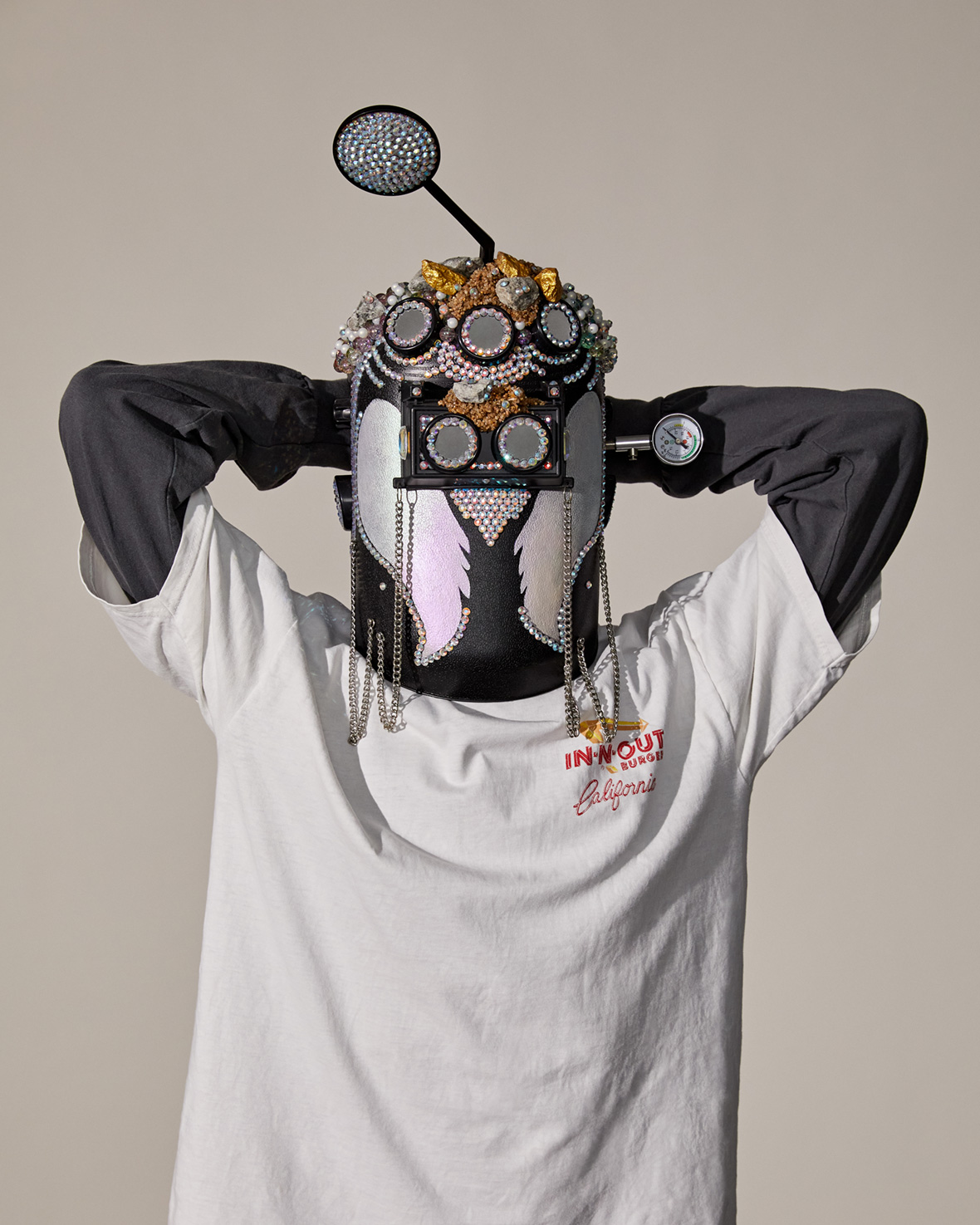 As he started exploring the idea of hypervisibility more deeply, the idea of the pigeon from his earlier work took on deeper meaning: “The density and iridescence of the pigeon’s neck plumage, that reflection and deflection of light become a metaphor for visibility and defense mechanism in our lives,” he explains. “From one perspective, the mask does provide protection and safety by offering a sort of cover and anonymity. At the same time, this is often at the cost of rendering the wearer an imprecise, toned down, or even weakened voice.”

This piling on of defensive mechanisms, while necessary, creates unwelcome burdens. “Marginalized folk,” Khairullah hammers home, “are constantly navigating and code switching in between guilt, shame, and desire under surveillance in a hostile environment.”