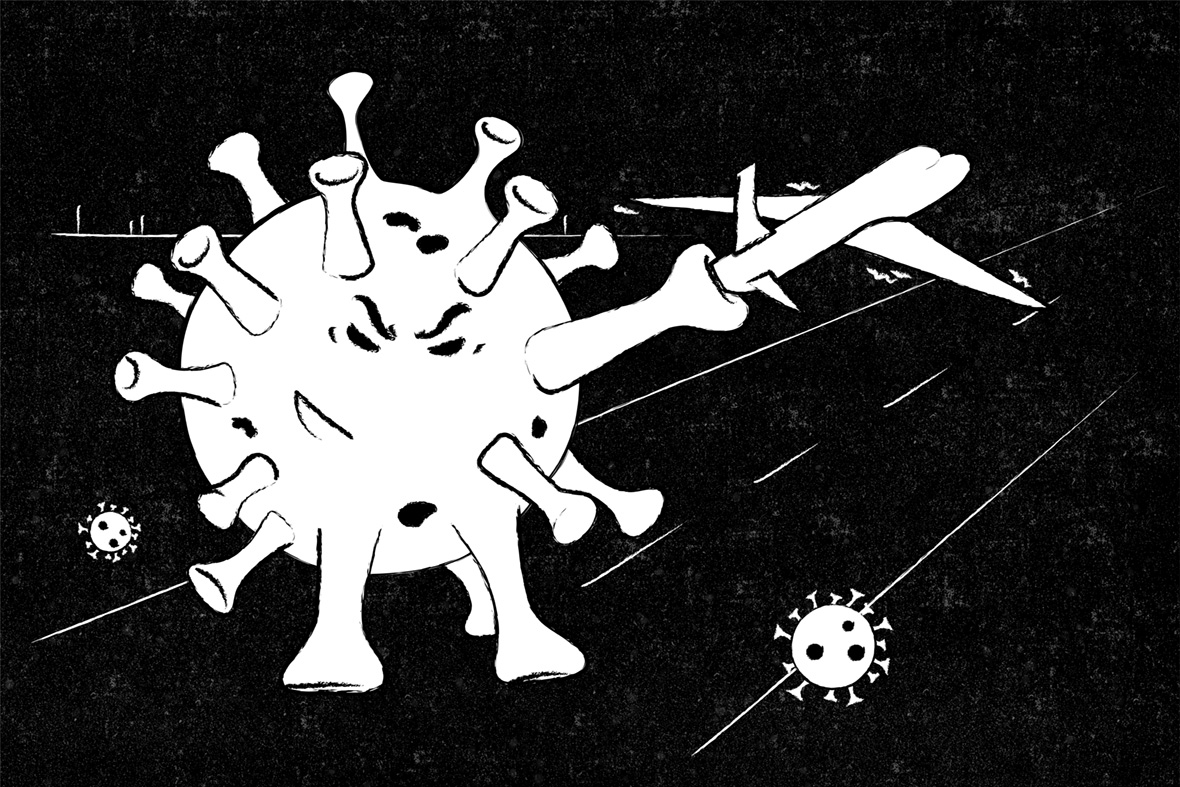 This unexpectedly extended stay in New York has forced her to bear witness to an America under siege by an unchecked pandemic: months of stay-at-home mandates; store aisles swept clean of masks, hand sanitizer, and toilet paper; and the bustling streets of Manhattan abandoned. Her classes at the School of Visual Arts were canceled or rescheduled to be held online.

Covid-19 has had a far-reaching impact, the brunt of which has been felt by everyone to varying degrees. International students are just one of many affected by the outbreak, and others face similar predicaments as Shi Yuewei—those already overseas can’t return home due to limited flights and exorbitant ticket prices, and those preparing to study abroad had to cancel their plans entirely.

In this new normal, is studying overseas still worth the risk and stress? In an unfamiliar country, what happens in these times of unforeseen emergency? For those already overseas, is the high cost of tuition and renting an apartment worth it when only online classes are available? If the online courses offered are the same, why even travel abroad? We caught up with a few students with aspirations to join the creative industry to get their take. 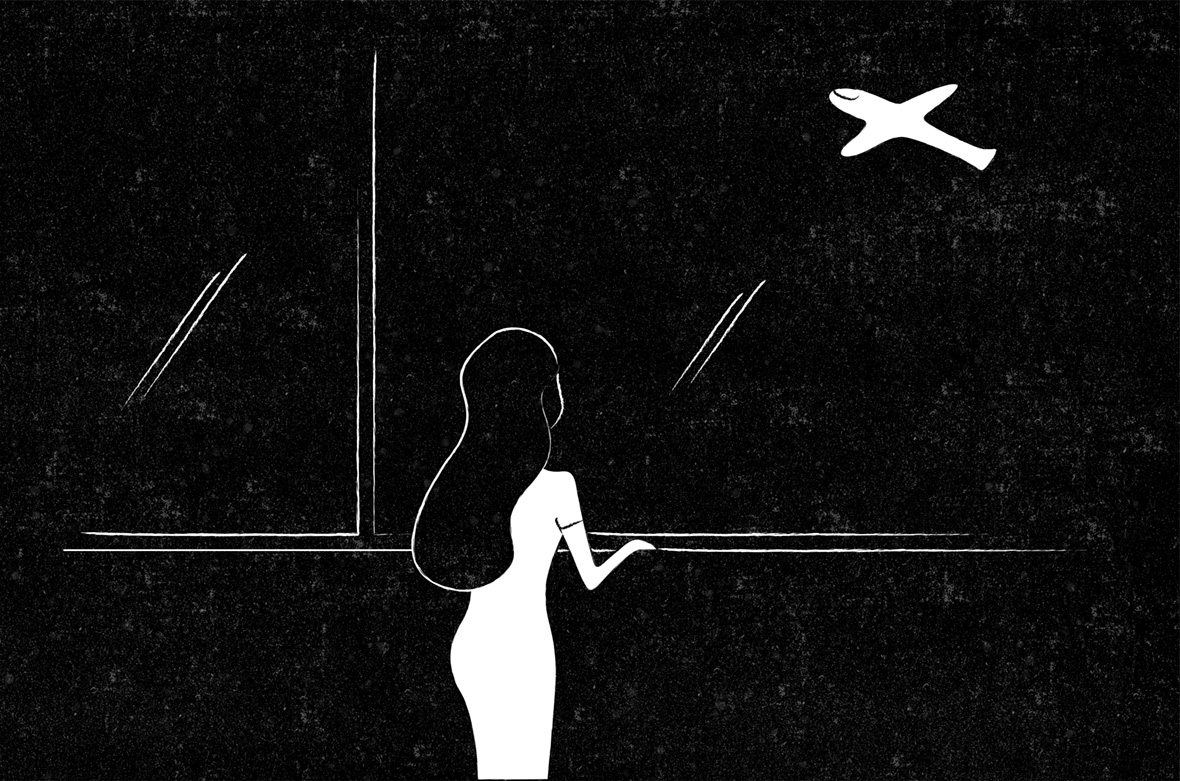 A Turn of Events

Chinese nationals are a sizable majority of the international student population. According to China’s Ministry of Education, over 25 million Chinese students studied abroad between 2016  — 2019. In 2019 alone, over 7 million students studied abroad. The appeal is obvious: earning a degree overseas will help them land better jobs after graduation, they can learn a new language, and it’s an opportunity to broaden their worldview. Of course, aside from purely academic goals, there are also those who see a student visa as the first step toward foreign citizenship. For those with strictly academic ambitions, universities abroad seem to have stronger reputations. Chinese higher education is often ranked low against international counterparts. In the 2020 Quacguarelli Symonds World University Rankings, only 12 Chinese universities made it into the list of 100, and none made it into the top ten.

But now, with the Black Swan event that is COVID-19, many Chinese students are second-guessing their decision to leave the country. Concerned with the virus handling overseas, they’re delaying or completely scrapping their plans of going abroad. Universities around the world have also tightened their visa restrictions, which has added a layer of difficulty for Chinese students who are planning on studying abroad.

Shi Yuewei enrolled at SVA in 2017 for a degree in illustration. In the summer of 2019, she flew back to China like she does every year, spent quality time with friends and family, and headed back to New York to complete her studies. Little did she know that she wouldn’t be seeing them again for the foreseeable future.

For Handowin He, who finished a degree in visual communication at SVA and returned to China in 2020, her plans were equally disrupted. Right before the pandemic surged, she was preparing to participate in several illustration exhibitions and book fairs in New York. These plans have all been abandoned.

Some Chinese students haven’t even been able to leave the country. Before the pandemic restrictions set in, Fang Yuanli spent all her waking hours building her photography portfolio, with the hopes of getting into one of the two England universities she applied to: the Royal College of Art and the Ruskin School of Fine Art. She was ecstatic when she was accepted into the former, but that excitement was short-lived. “All of a sudden, I couldn’t go anywhere,” she says.

Currently living in Shanghai, Hunan-native Song Yang is another student whose plans of studying outside of mainland China have been put on the backburner. At the end of 2019, he quit his job and planned on studying art history. He intended on enrolling at the City University of Hong Kong for Fall 2020 classes, but that plan went out the window.

“Everything happened so fast,” he recalls. “I followed the news early on. I was skeptical of the rumors on Douban saying that it may be a mutated variation of SARS, but then, all of a sudden, I found out I couldn’t return home to Hunan for the Chinese New Year. Hubei, our neighbor providence, was on lockdown.” 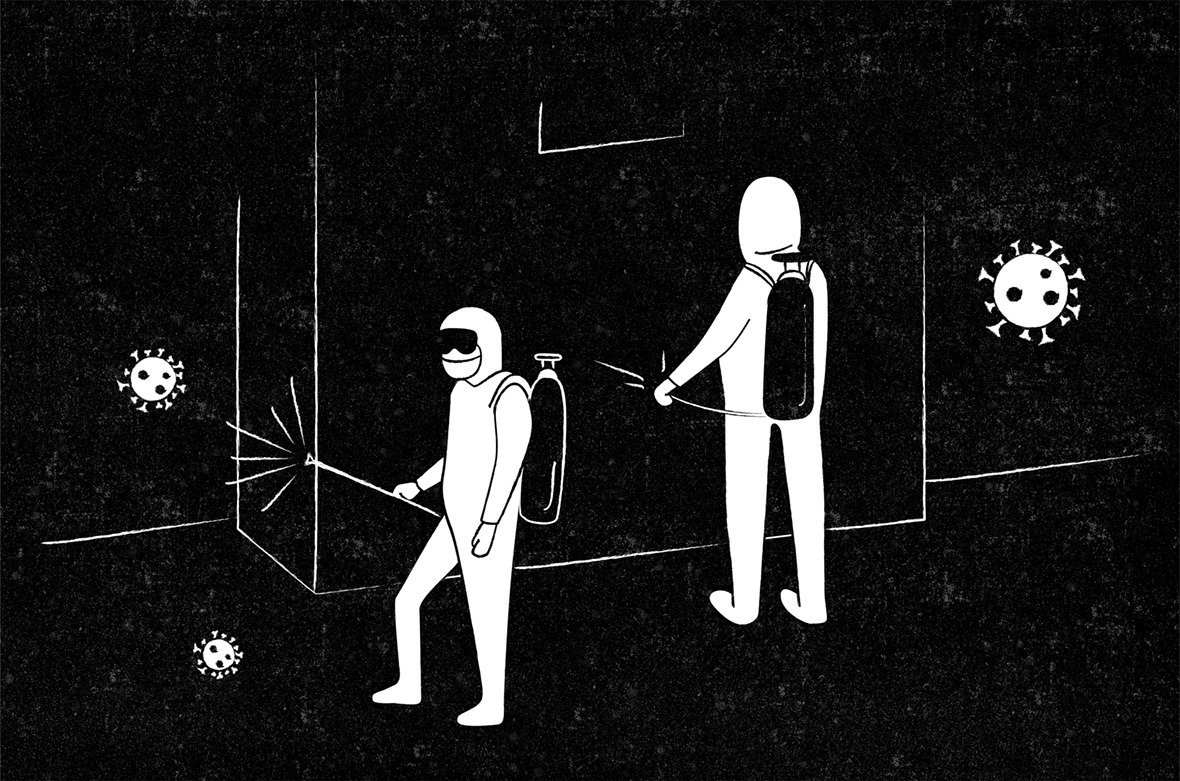 From Offline to Online

In WeChat groups organized by overseas students, lively chatter broke out at the onset of the pandemic. Typically, these chatrooms are quiet, but as news of the virus spread, they came alive with anxiety. Students turned to these groups for answers. Bunker down overseas or fly back to China? Take a hiatus next semester? Is enduring the time-zone difference to finish out the next semester of online courses an option? When do tuition refunds get processed? Can student visas be extended? Can rent be reimbursed?

As more information about the disease became known and quarantine policies were established, universities around the world quickly adapted. Online courses were announced, new campus protocols rolled out, and students affected by the pandemic were offered counseling services. Tuition refunds were also quickly issued and deferred enrollments were allowed. The lenience of these new policies gave Song some peace of mind.

Being that Song had hopes of enrolling in a Hong Kong university, the start date was about the same as mainland universities. This meant he needed to submit his application by February. “But the virus didn’t ease off, and after the lockdown, my family didn’t want me to risk it,” he says. He decided to play it safe, and with the savings he had, there wasn’t much downside to staying in place. “It’s not a bad idea to keep preparing for the IELTS and try to score higher.”

Fang Yuanli is someone else who chose to delay her enrollment to the Academy of Royal Arts in London. Even though online courses are available, the tuition is no less expensive. For now, she’s decided to join the workforce until the pandemic subsides. She began freelancing for Sanlian Lifeweek, a Chinese publication, and has recently joined their team full-time as a staff photographer.  Although this was different than her original plans for the year, she believes she’s still on track with her future goals. “I plan on applying for the Magnum Photography and Social Justice Fellowship this year,” she smiles.

For Shi, the internet has become her only means of connecting with the outside world. “It’s not that different with online lectures,” she shrugs. “Most of the classes still feel the same. It’s not unlike listening to a lecture in person, and there are still one-on-one reviews. There are advantages, in that exhibitions are now often held online, so I don’t have to go out—which is great for an introvert like me.”

But there are also plenty of drawbacks. Two of her designs for a project in spring required the use of a screenprinting press, which was available for free at the school. The project was ultimately scrapped.

Shi also planned on participating in two exhibitions, which were both moved online. As opposed to viewing them in person, she found that digital exhibitions had far more limitations. “It’s different to see your own work on screen than in person,” she says. “It’s a pity that exhibitions have had to move online. Despite the real size of your work, they’re reduced to the size of the viewer’s screen. The overall impact, the details on the work, and the work’s physical textures get lost in translation. Also, you’re forfeiting the opportunity to meet like-minded people who you can bounce ideas off of, which is one of the greatest perks of holding a normal exhibition.”

Similar sentiments are shared by He. “All the connections I’ve made offline feels like they’ve been severed,” she says. When she was still attending SVA, the school held a lot of offline events, which can no longer be done. “I attended a different event every week when I was in New York. It allowed me to meet so many talented artists from different fields, but that’s no longer possible, even if the events are still around in a digital format. The interactive element of it is gone. Face-to-face communication is still the best way to build relationships.” 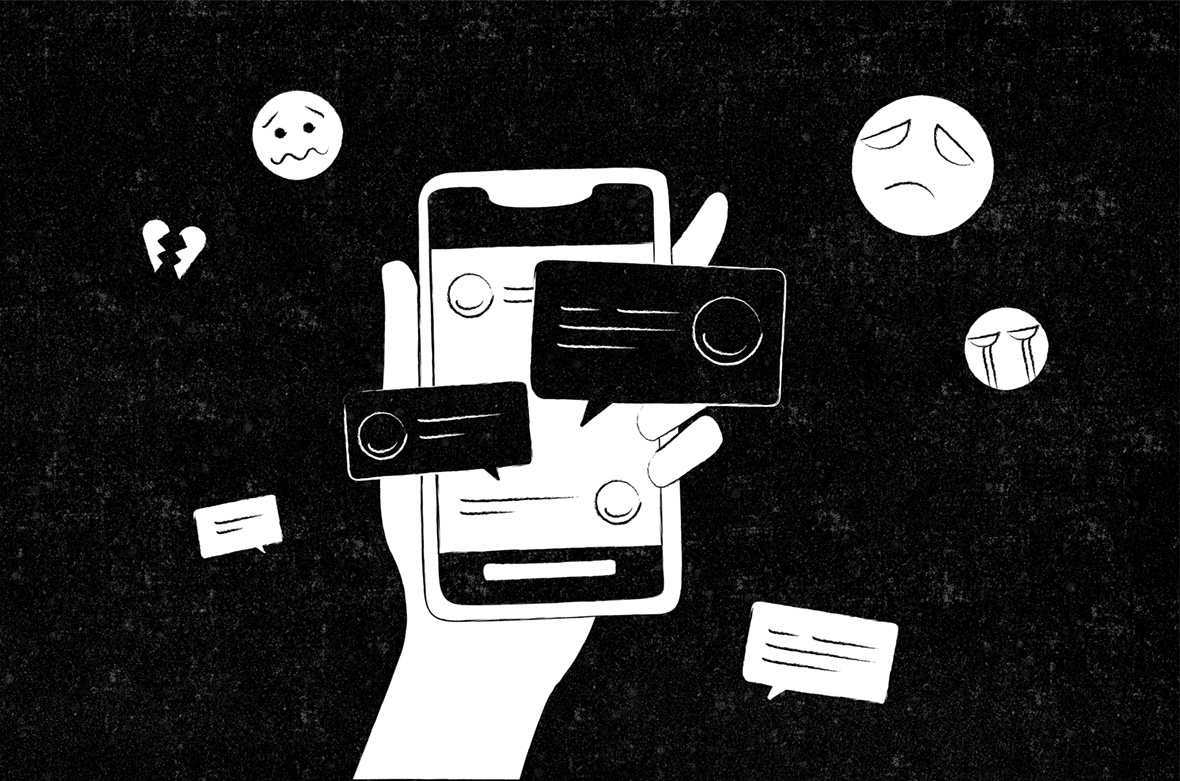 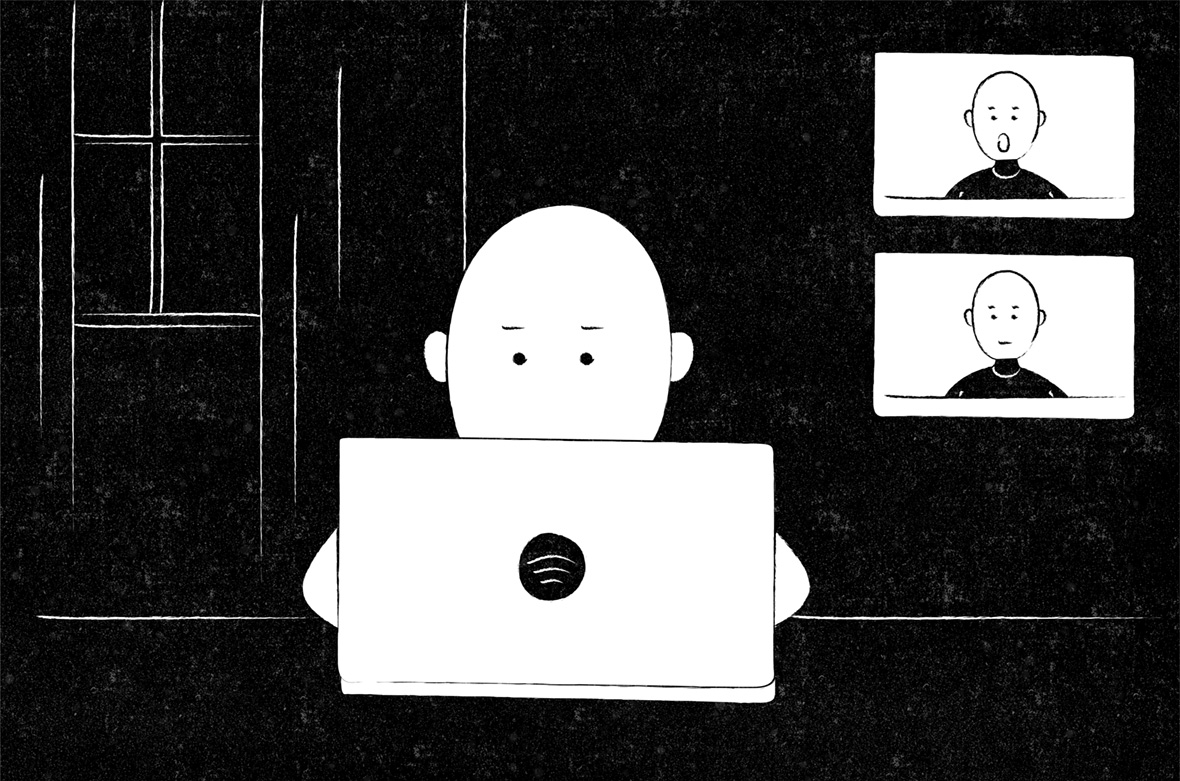 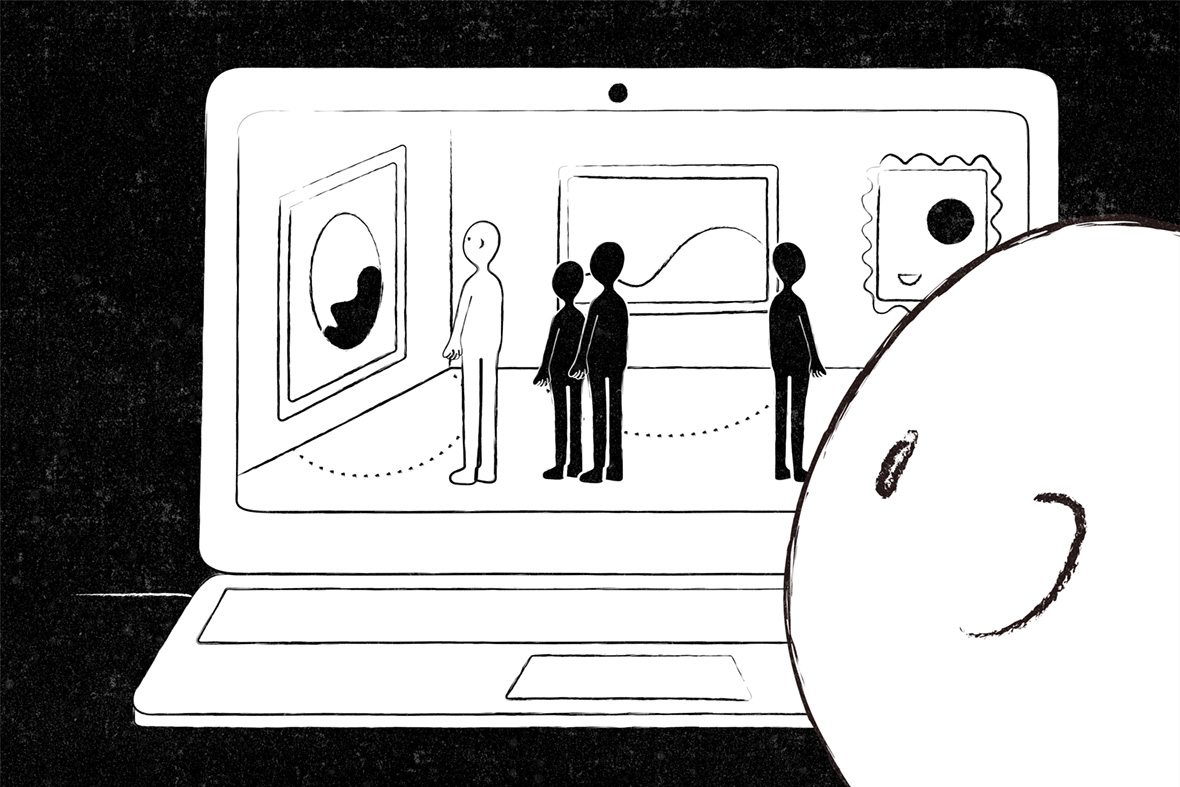 A Time For Reflection

Even though COVID-19 has hampered the plans of students looking to study overseas, there are upsides to be found in the throes of adversity. Those homebound by the pandemic have been afforded the time to reconsider their priorities and goals. A lot of people believe that these reflections have offered them a lot more clarity about their future.

Shi was originally supposed to finish her degree earlier this year, but the delay isn’t a disappointment. She’s most disappointed with how she’s been unable to see her friends and parents this past year, outside of video calls. After graduating, her top priority is to head home. To her, family and friendship are the most important pillars of her life.

Song also believes the past year may have been a blessing in disguise. “Looking back, my decision might have been rushed,” he says. “I think I just didn’t want to be another cog in the nine-to-five machine, so I quit. But when my life trajectory switch and application to schools were a bit too hurried. 2020 gave me time to slow down and rethink things.”

Now, he’s looking further out and has his sights set on schools in England, which he believes will teach curriculums that better serve his academic aspirations. In the meantime though, he’s freelancing on the side for some income and studying by himself. “The pandemic may not have been all bad,” he says. “There will always be opportunities to study abroad, and I don’t mind waiting.”

For He, the pandemic has caused her to doubt her plans of returning to New York for a longer-term stay. “Originally, I wanted to work there after I graduated,” she says. “But now, I’m in an awkward dilemma. It’s not a huge problem though, I’ve always been good at adapting.”

She believes the only way to cope with the volatility of the past year is to just keep moving forward. For the time being, He will stay in Shanghai, and she’s begun working on a children’s book around themes of environmentalism. It’s a fitting time for such a book, she believes, as the pandemic has spotlighted just how much humans are at the whims of nature.

Fang has similarly adjusted her plans and is now interning at a Chinese company during this gap year. She also reveals plans of starting a new photography project that’s based on some of her introspection during this pandemic.

Despite how much the pandemic has upended the plans of many students looking to travel abroad, it’s only a temporary setback. Most still have plans of heading overseas once the virus eases. The opportunity to immerse themselves in another culture, brush up on their language skills, and experience an entirely different educational system is too good to pass up, but at a time when leaving isn’t possible, many have discovered that there are still plenty of ways they can better themselves right at home. Rather than admiring how green the grass may seem on the other side, perhaps tending to our own garden is the best course of action in these strange times.