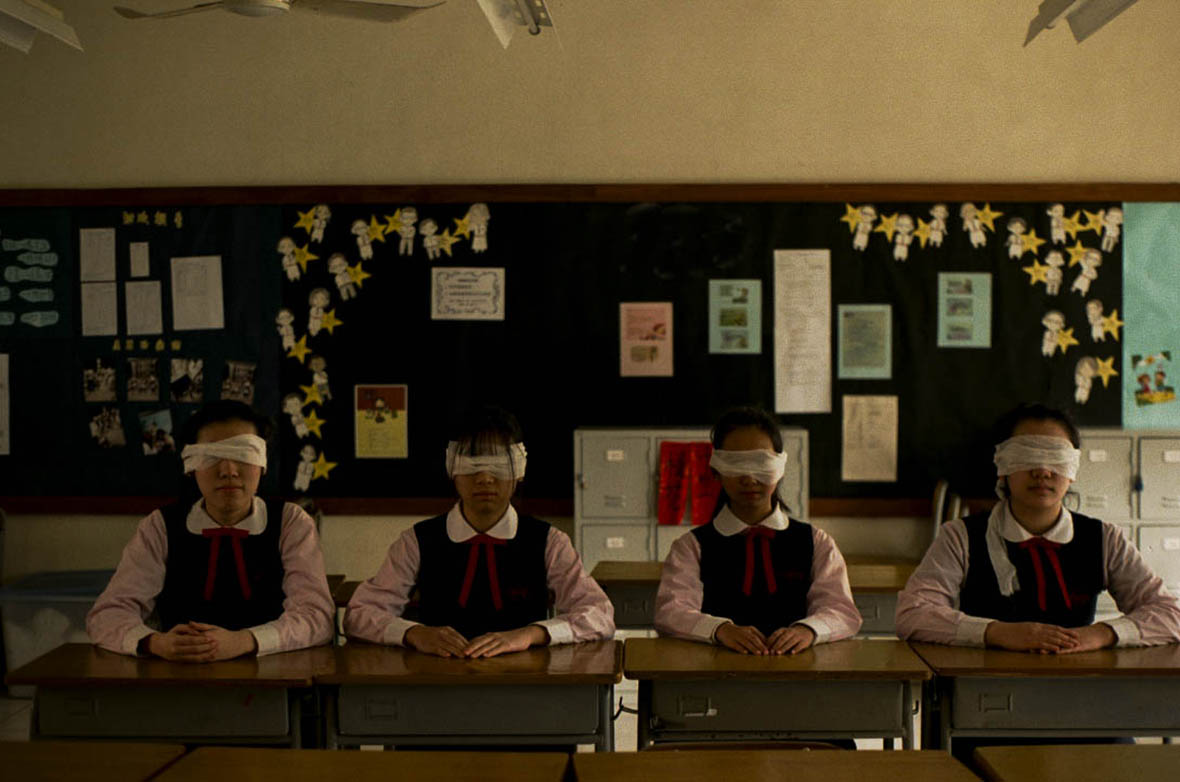 Bullying is an issue that affects individuals all over the world, whether it be physical, verbal, or emotional. It’s an imbalance of power where the strong leverages their physical strength or popularity to inflict harm on their peers. In recent times, school bullying has been a topic that’s attracted much discussion worldwide. However, despite media scrutiny and growing awareness on the full extent of the issue, bullying culture is something that remains tolerated in today’s society – bystanders are often apathetic and victims commonly choose to stay quiet.

Lean Lui, a 19-year-old photographer from Hong Kong, aims to cast a spotlight on the severity of the issue via her School Bullying photo series. “Being bullied in school is something that can happen to anyone,” she shares. “The subjects in my photos are meant to simply be symbolic. The bullies and victims could be you, maybe me, or anyone else.” 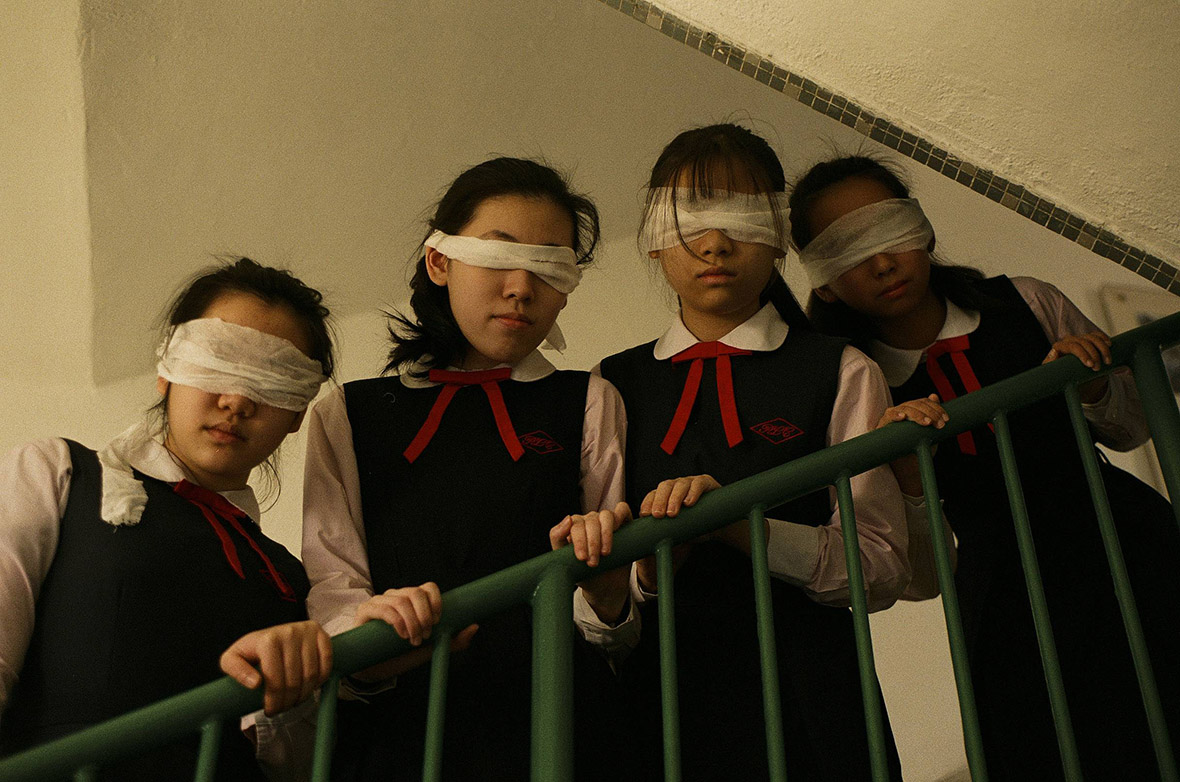 Depicting empty classrooms and drab campus hallways, Lui’s photo series carries a sense of melancholy that’s amplified through her use of dark, subdued colors. Amidst the somber scenes, girls in school uniforms and eyes covered by white blindfolds populate the frames. Lui categorizes these blindfolded characters into two categories: passive bystanders and accomplices to the bullying. 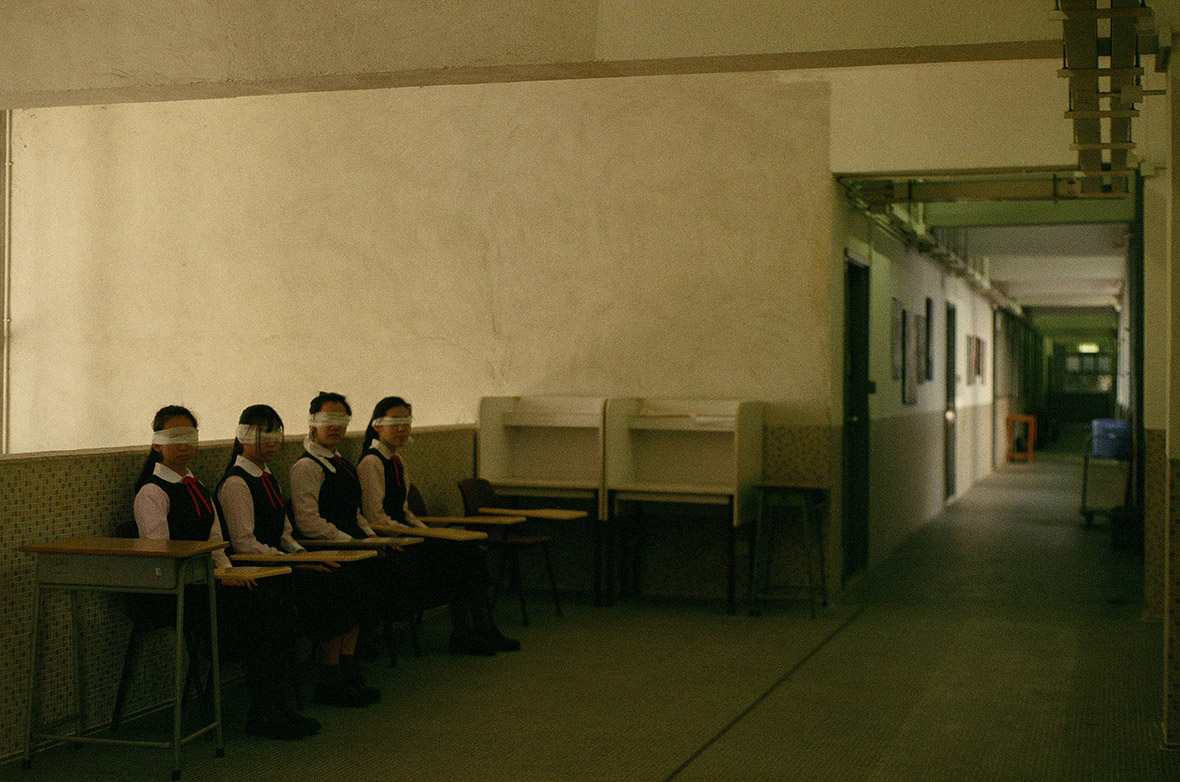 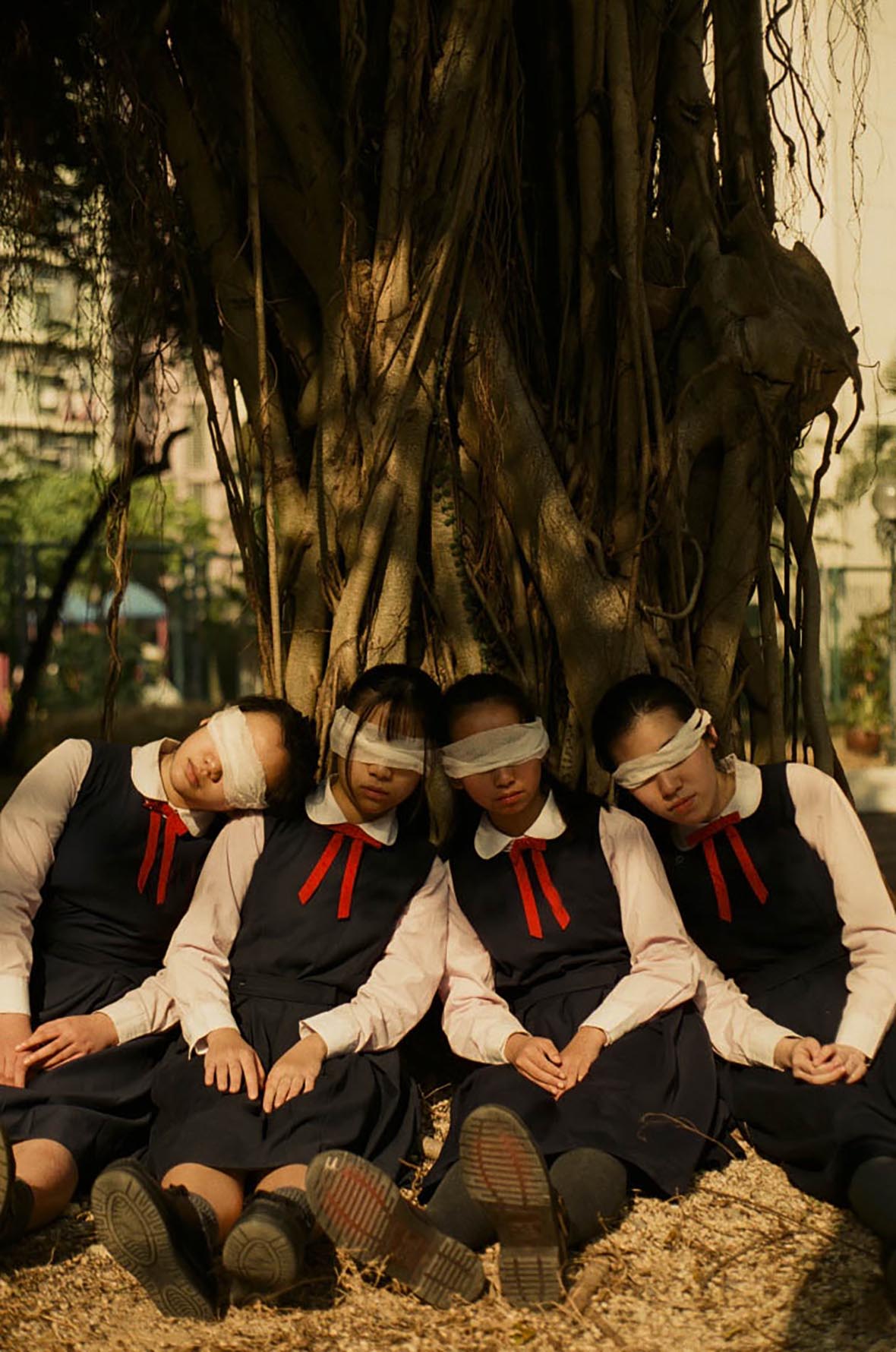 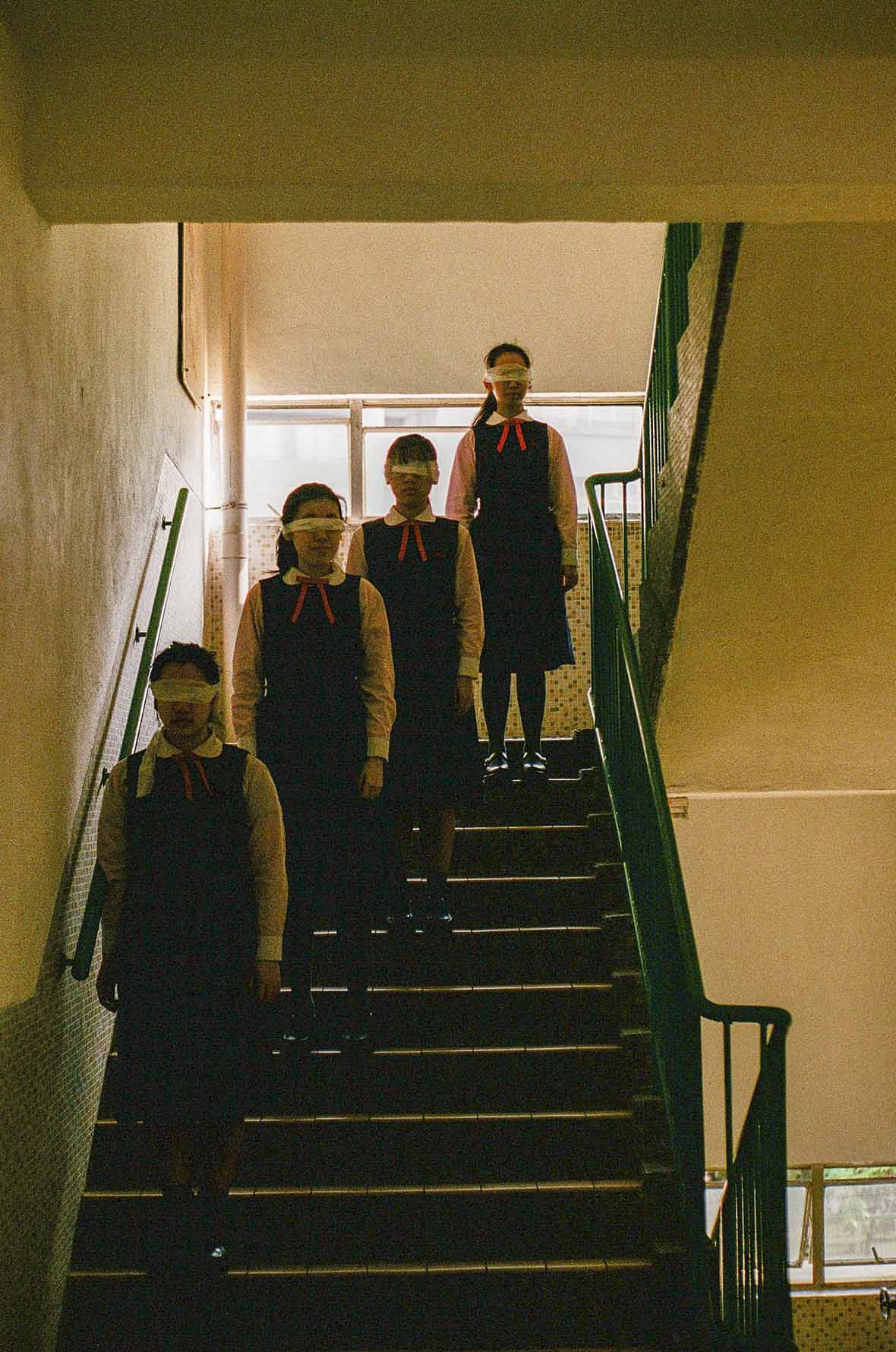 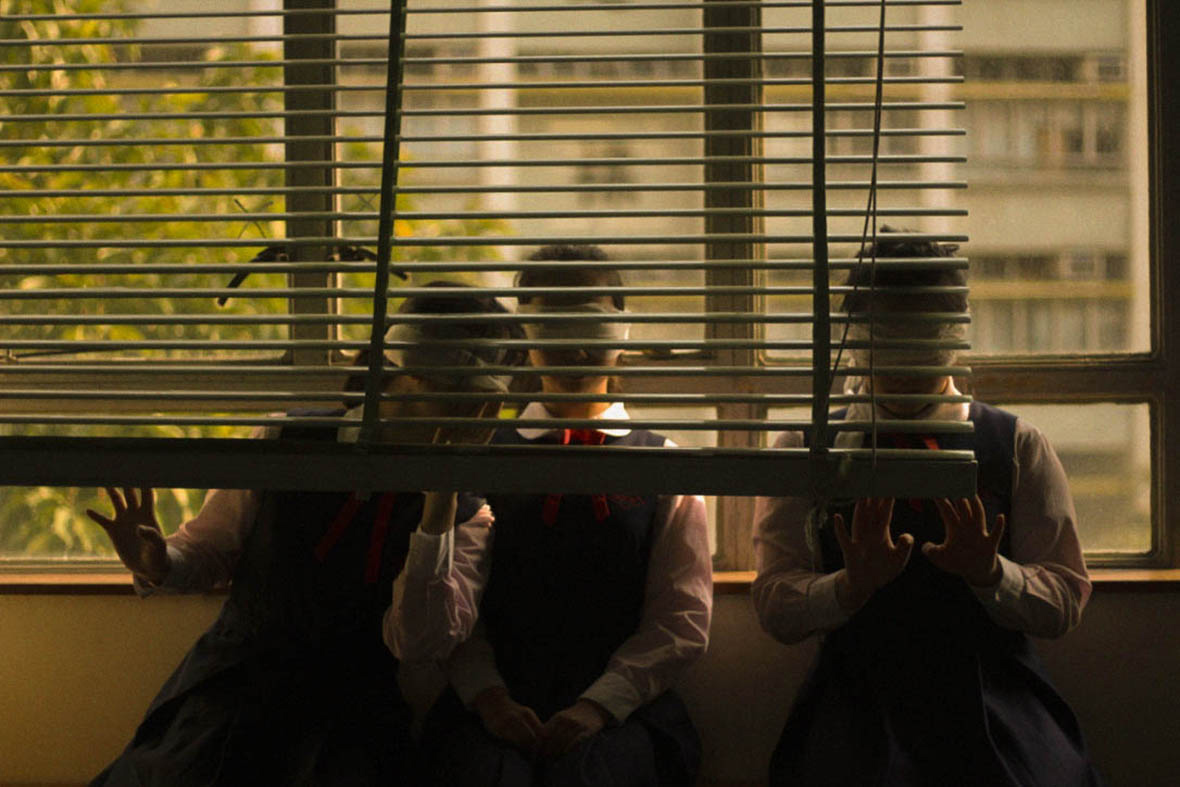 As such, the blindfolds are symbolic of two different concepts.

“First, it represents self-deception. Some bystanders act like just because they don’t see it, they’re unaware of what’s happening. They might even see themselves as being kindhearted since they’re not directly participating in the bullying. But in reality, their cowardice and selfishness equally perpetuate the bullying culture.”

“Secondly, many bullying accomplices simply want to conform and fit in with peers. They’re not interested in seeing the bigger picture, so they act with a mob mentality and target the outnumbered few. They often realize that they’re an accessory to the bullying, but are equally blinded by their weakness and cowardice, and will side with those in power. Being that eyes are windows to the soul, depicting them with blindfolds is meant to represent that these accomplices are nothing more than soulless creatures who are following the herd.” 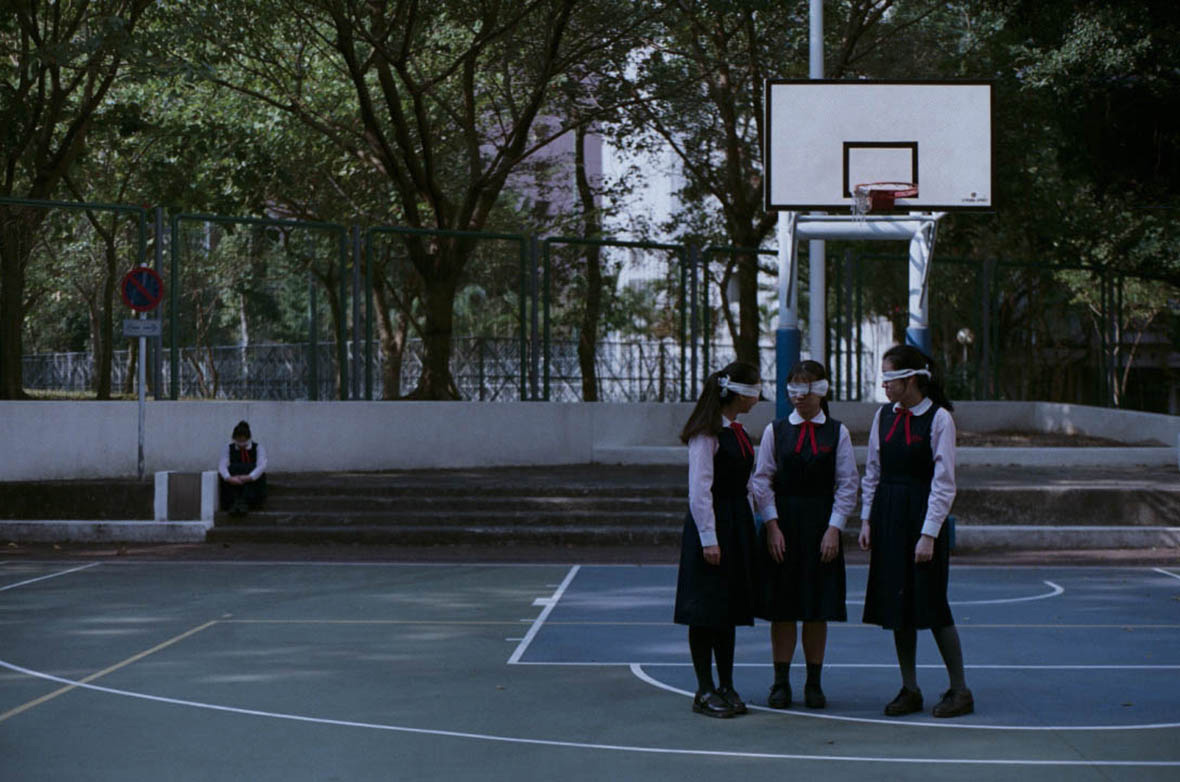 “Your Past & Memories Are the Bedrocks of Life”

Currently a college sophomore, Lui admits to having been a victim herself in the past. The young photographer has experienced feelings of humiliation from emotional abuse first hand.

Lean shares, “Many people say my work carries a feeling of hopelessness and loneliness. I recognize that a lot of the themes I explore are more emotional in nature, and the way I express these emotions tend to be more abstract or reliant on symbolism. I suppose my preferred approach is in itself shaped by my past. Even though many of my past memories aren’t exactly happy ones, they’ve ultimately been beneficial to me. One phrase that a past teacher said to me especially resonates with me now. ‘Your past and memories are the bedrocks of life.’” 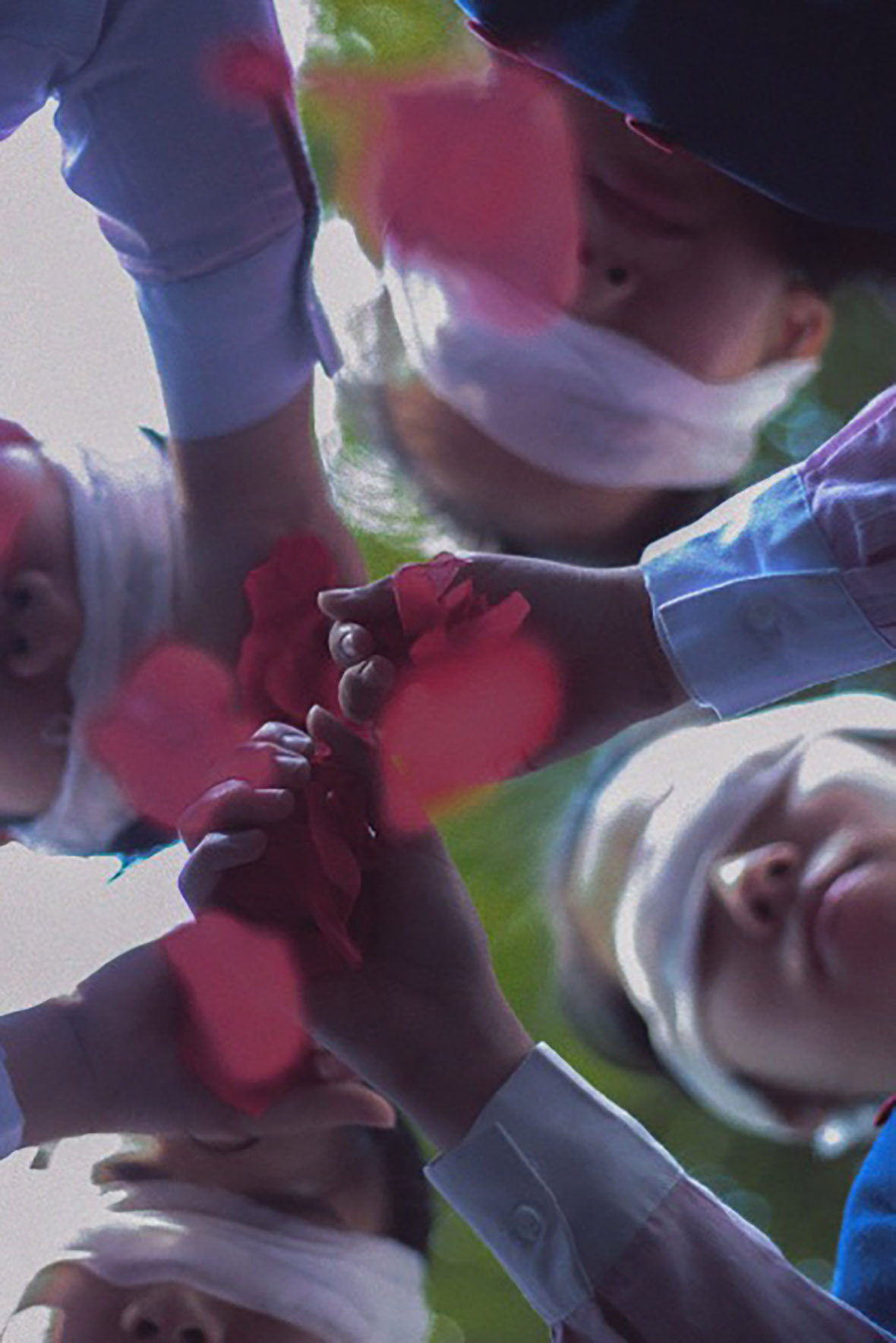 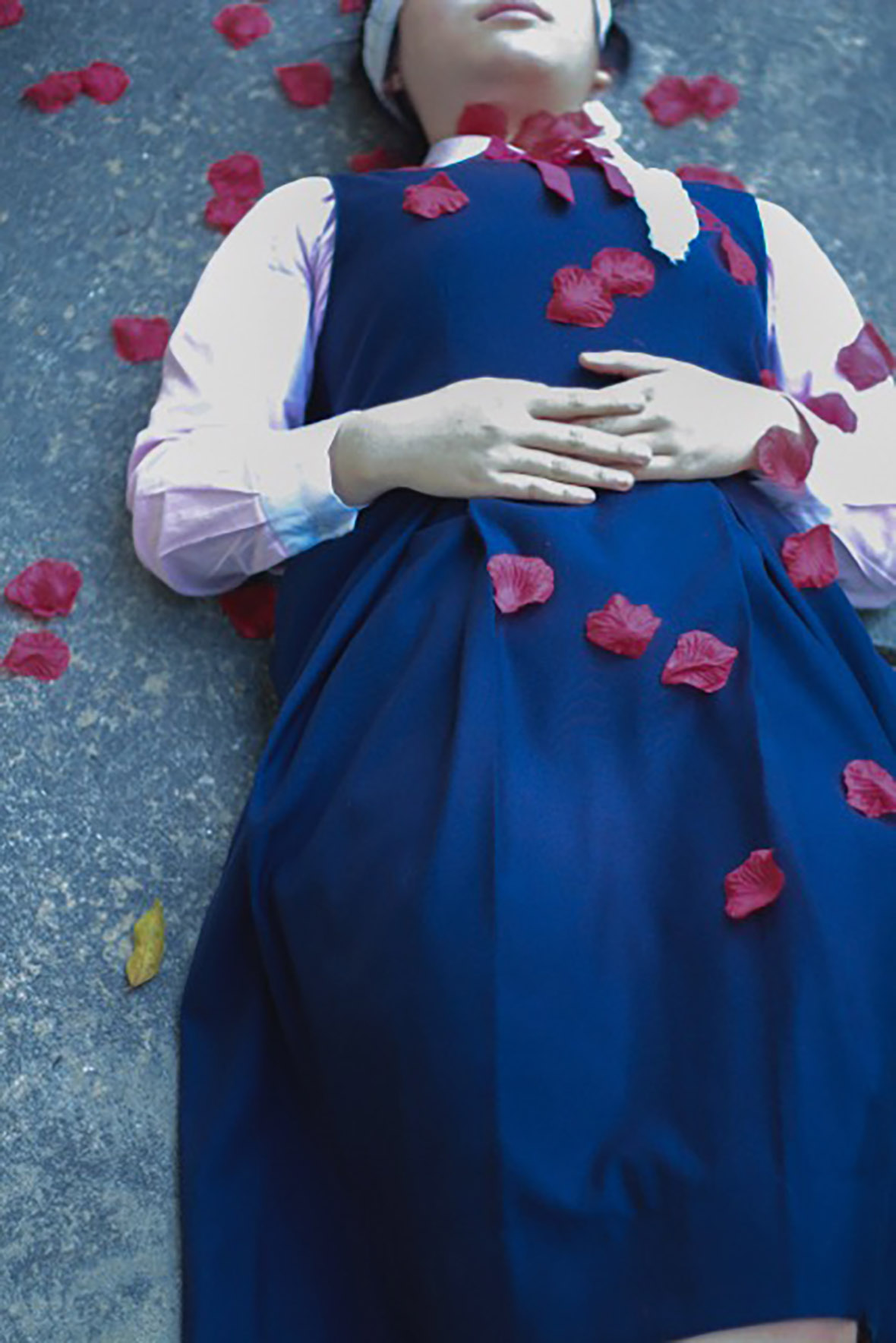 One thing is clear, the issue of bullying isn’t as cut and dry as it might appear on the surface. It’s not only important for Lui to raise further attention to the issue of bullying, she seeks to understand the motivations behind it. She questions, “Is it just human nature?”

“People want to feel superior; this is probably the primary motivation of bullies. They feel accomplished and superior when they’re exerting control on their victims. Those who are accomplices to the bullying is an example of people being herd animals. Whether consciously or subconsciously, they’re aware that if they’re not participating in the bullying, then it could be them next. So there’s no reason to not join in.” 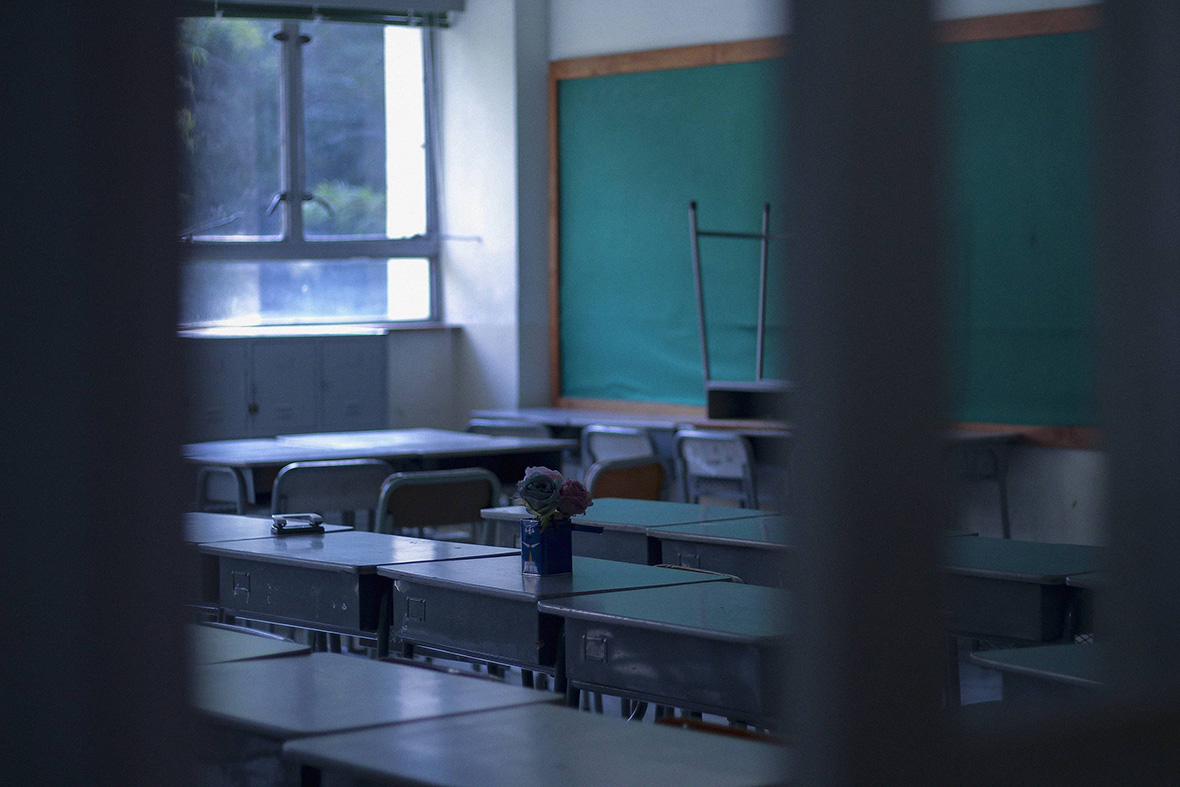 Those who are unfortunate enough to fall prey to bullies are generally individuals who are less conforming. Reasons for bullying could be something as simple as that the victim is less outspoken, more introverted, or even because they’re performing better academically.

Lui hypothesizes, “People like to push away the things they don’t understand, no matter what kind of cultural backgrounds they come from. When they don’t accept something, they’ll find ways to exclude them or hurt them. Bullying seems to occur more often in middle school or high school when the kids are still immature and don’t quite understand the full consequences of their actions.”

As she grew older, Lui began to see both sides of the story, gaining a better understanding of both the bullies and the bullied. Her past experiences made her want to understand the psychology of humans. This is the ‘bedrock’ that she spoke of, learning from her experiences and wielding that knowledge in her creative works as a testament to her own personal growth. This series is a way for Lui to share her outlook and experiences with the issue, and in doing so, Lui hopes to invoke a sense of empathy in the viewers, and in turn, help them shed their own blindfolds.

“If people even feel the least bit uncomfortable when looking at the series, then I hope they can see how these similar feelings are amplified a thousandfold for the bullied. But bullies are human too – they have feelings and experience sadness. So I hope that the next time they’re about to bully someone, they can pause, consider the motivations behind their actions, and imagine how they themselves would feel if they were the victim.” 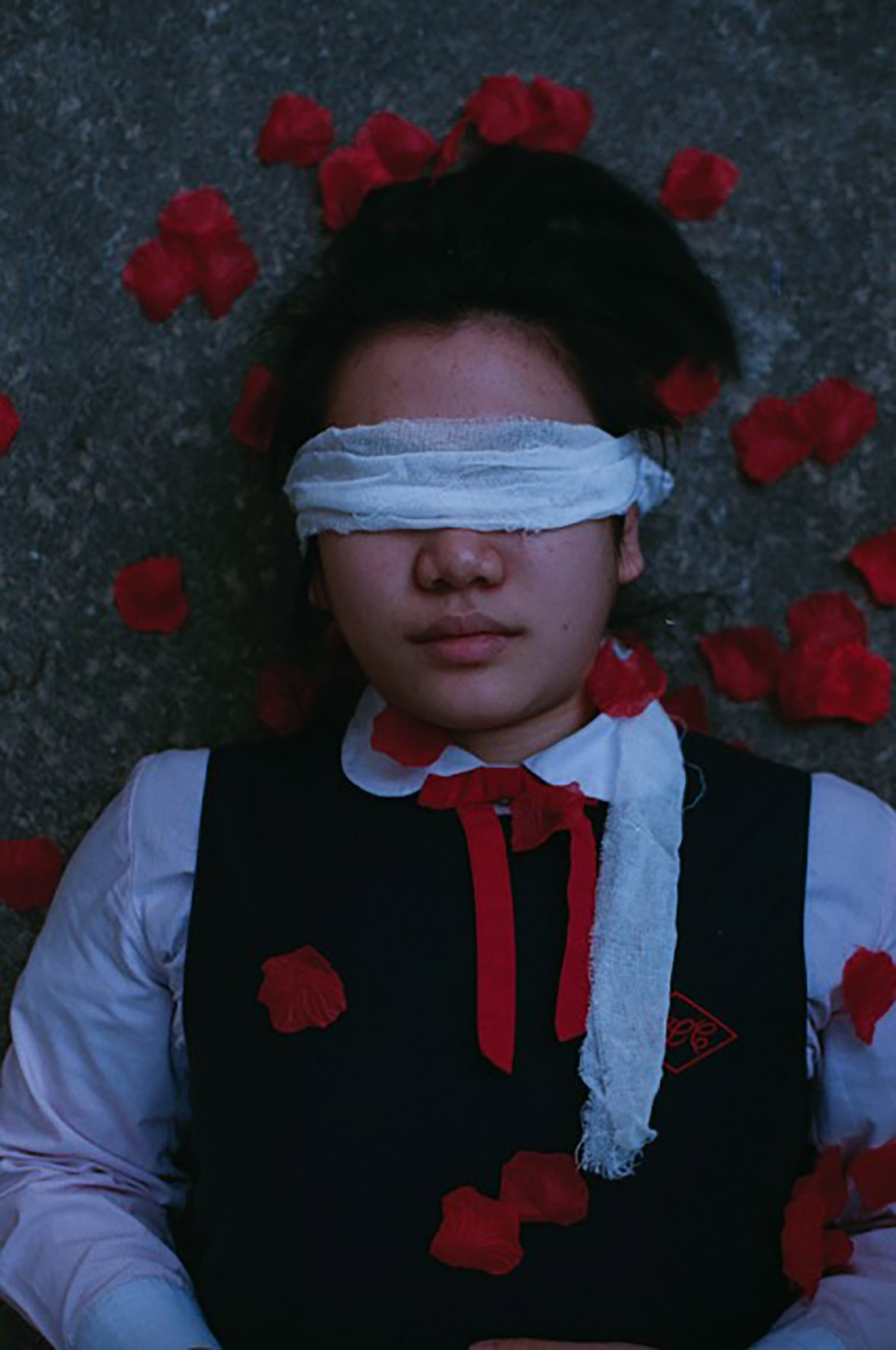 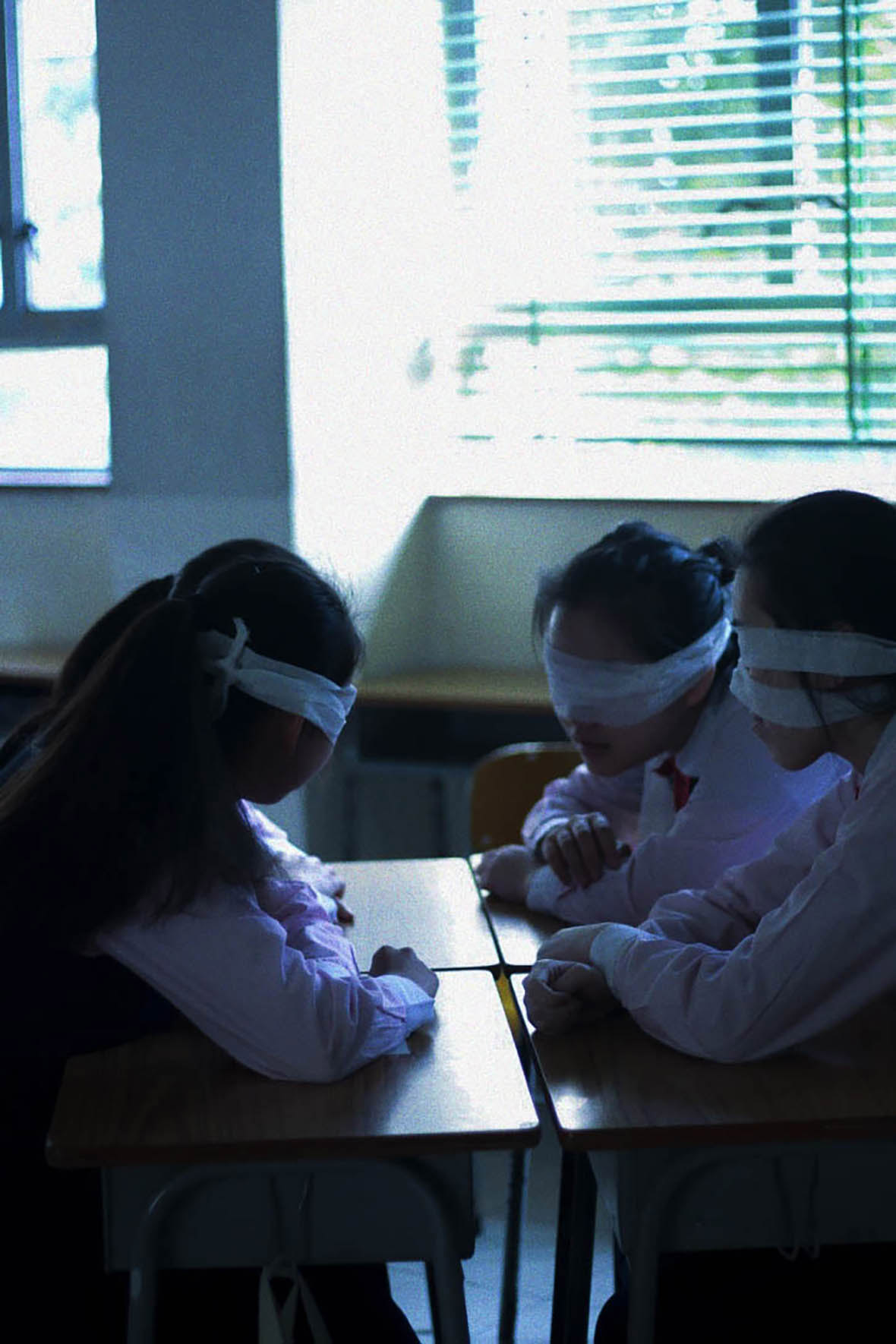 Another goal of the series is for it to act as a voice for bullied individuals. “You’re not wrong. They’re just uninformed. You’re not alone. This is something that happens to many others all over the world. It is what it is. Even if you’re rejected by your peers because you’re different, you still don’t need to feel like you need to conform. That would be a shame. I think that being different is a good thing. You shouldn’t forgive them, but you also don’t need to harbor hatred, because when you feel angry, then they’ve won. It would be foolish to let them win. You can reexamine the situation from a different perspective and understand there’s value in learning from the experience.

Lui continues, “One of my teachers also told me something that really resonated with me: ‘I’m scared of you being different from others, but I’m even more terrified of you wanting to conform.’ This is the same message that I want to share with everyone.”