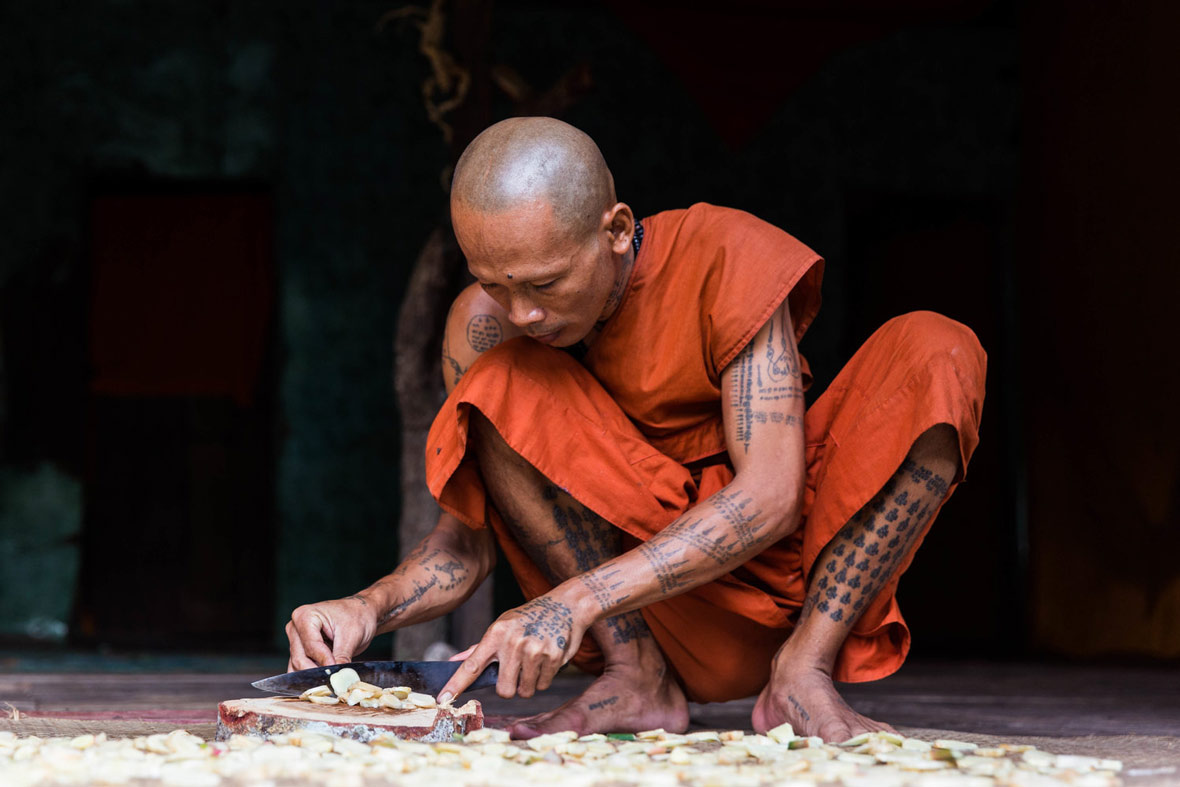 When visiting new places, traveling off the beaten path can often yield unexpected surprises, as was the case with photographer Enoch Contreras’s trip to Cambodia. Jaded by the hordes of tourists on his visit to Angkor Wat, he wandered off from the crowds in search for a moment of quiet and ended up stumbling upon an adjacent monastery. There, he was met with a monk covered in tattoos, a look that Contreras hadn’t ever associated with Buddhist practitioners. Intrigued by the disparity between his preconceived notions of monkhood and the monk’s actual appearances, he sought to learn more about their lifestyles. For the next few days, with the aid of a younger monk at the monastery who spoke passable English, he embedded himself within their community and produced the Seeking Sacred photo series. 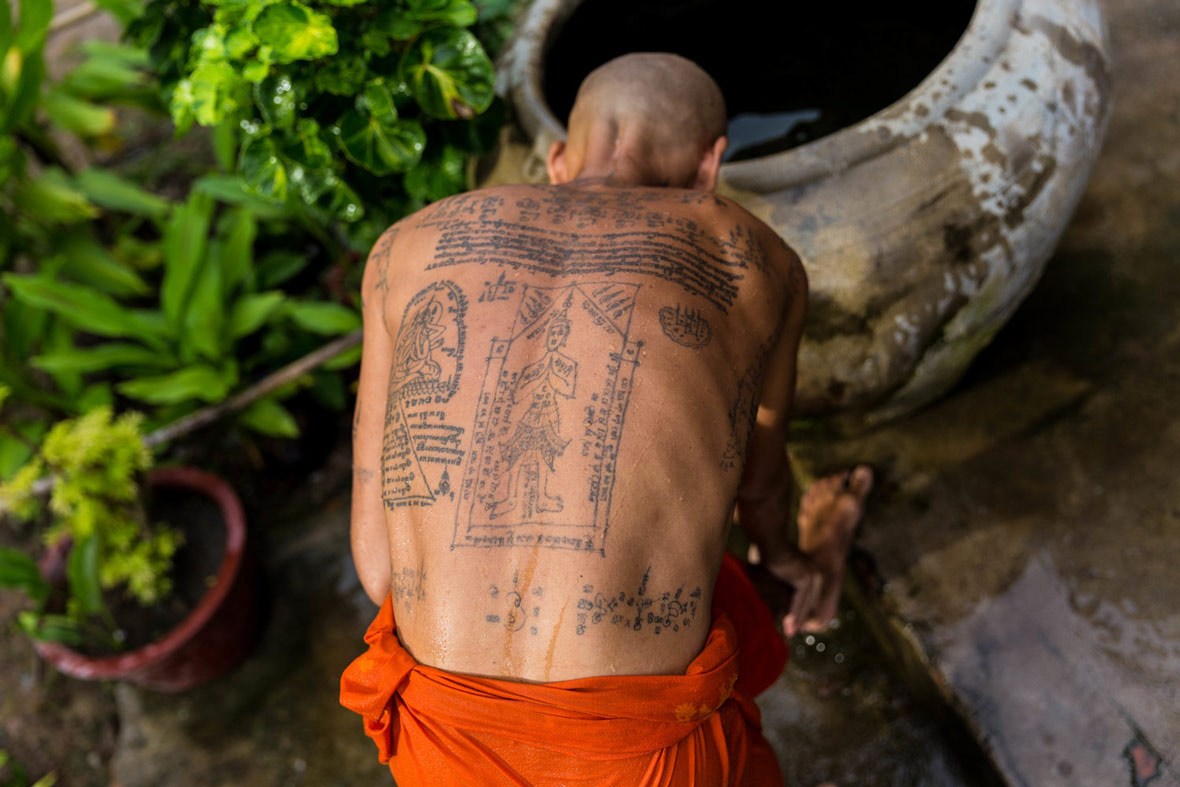 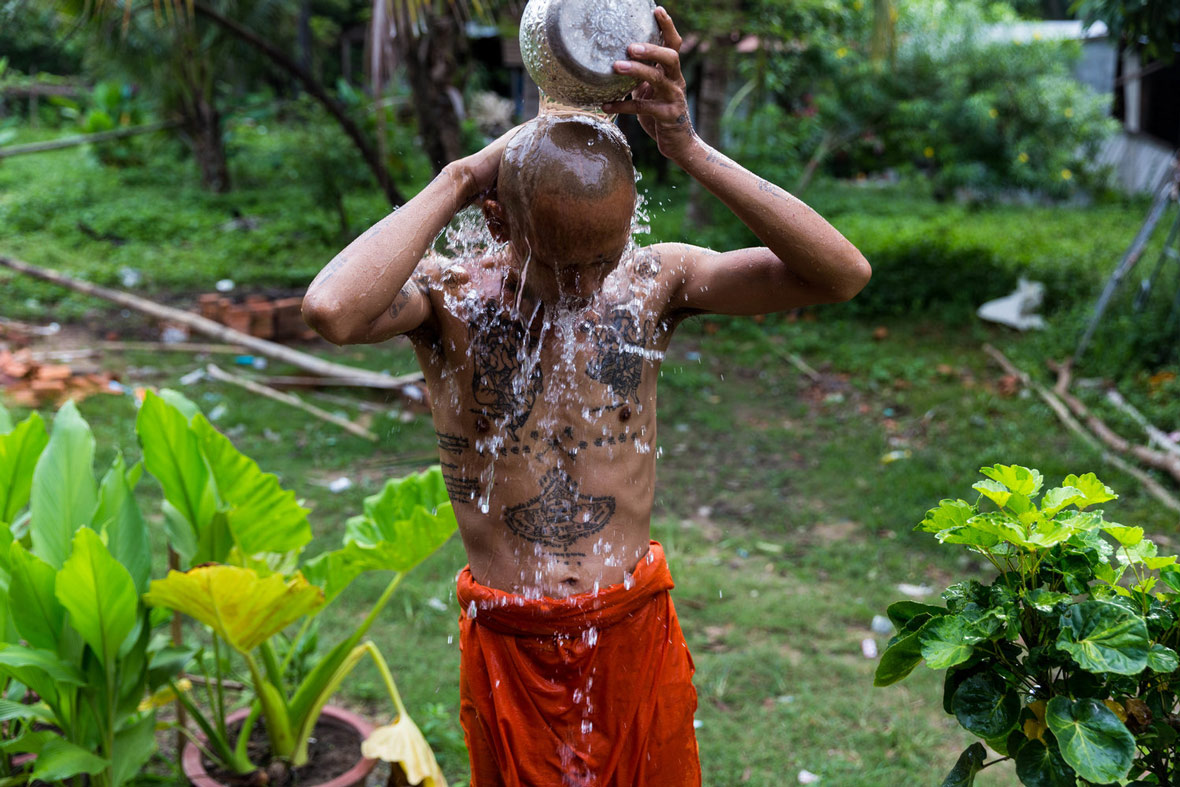 “I thought that all monks were serious practitioners who chose their path because they wanted to dedicate their lives to the teachings of Buddha,” Contreras told us.

But as it turns out, many from this particular monastery didn’t join out of religious devotion alone. For many of the monks there, Buddhism was more than a religious belief. The monastery provided shelter and food, and so, following the path of Dharma became a practical way for them to survive.

“Many of the younger monks especially,” Contreras tells us. “Their families couldn’t afford to provide for them so they were brought to live there where they knew their kids’ basic necessities would be taken care of. Others were orphans who came for the same reason, as a means of survival. One of the older monks became an orphan during the Cambodian genocide when he lost his entire family. He chose this path in order to maintain a life off the streets.” 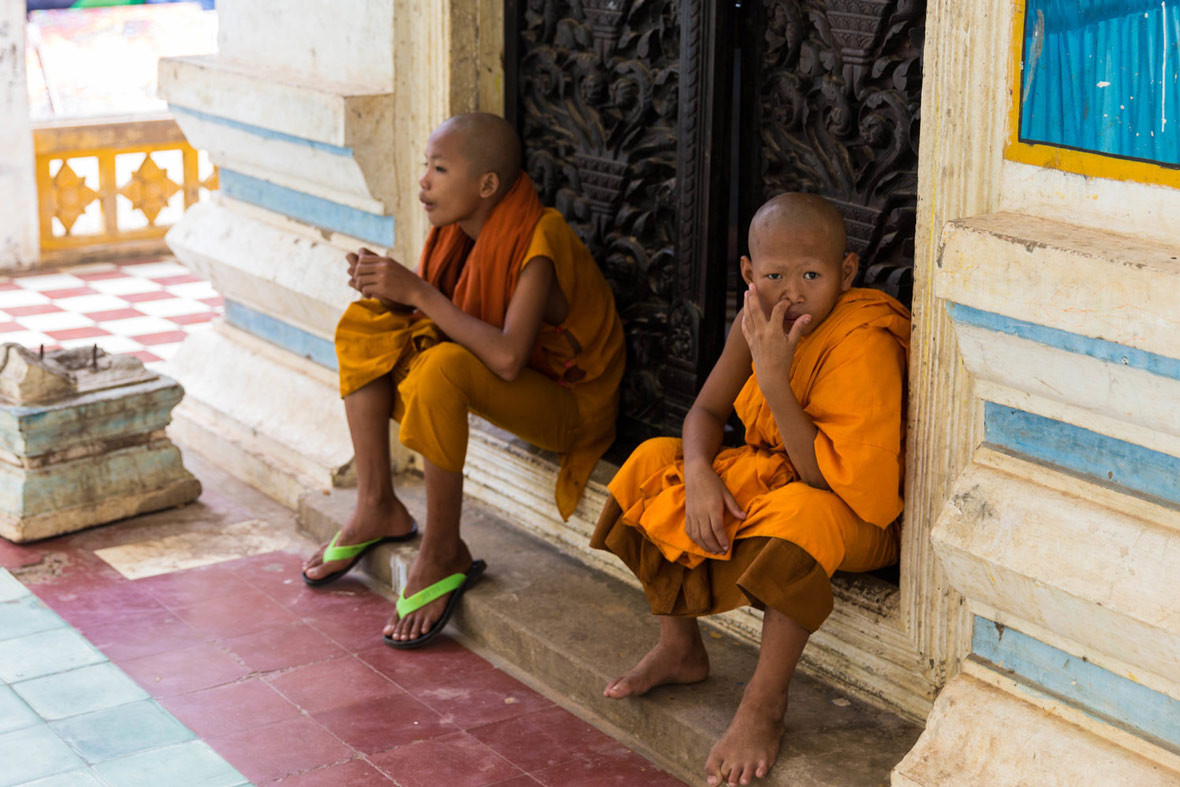 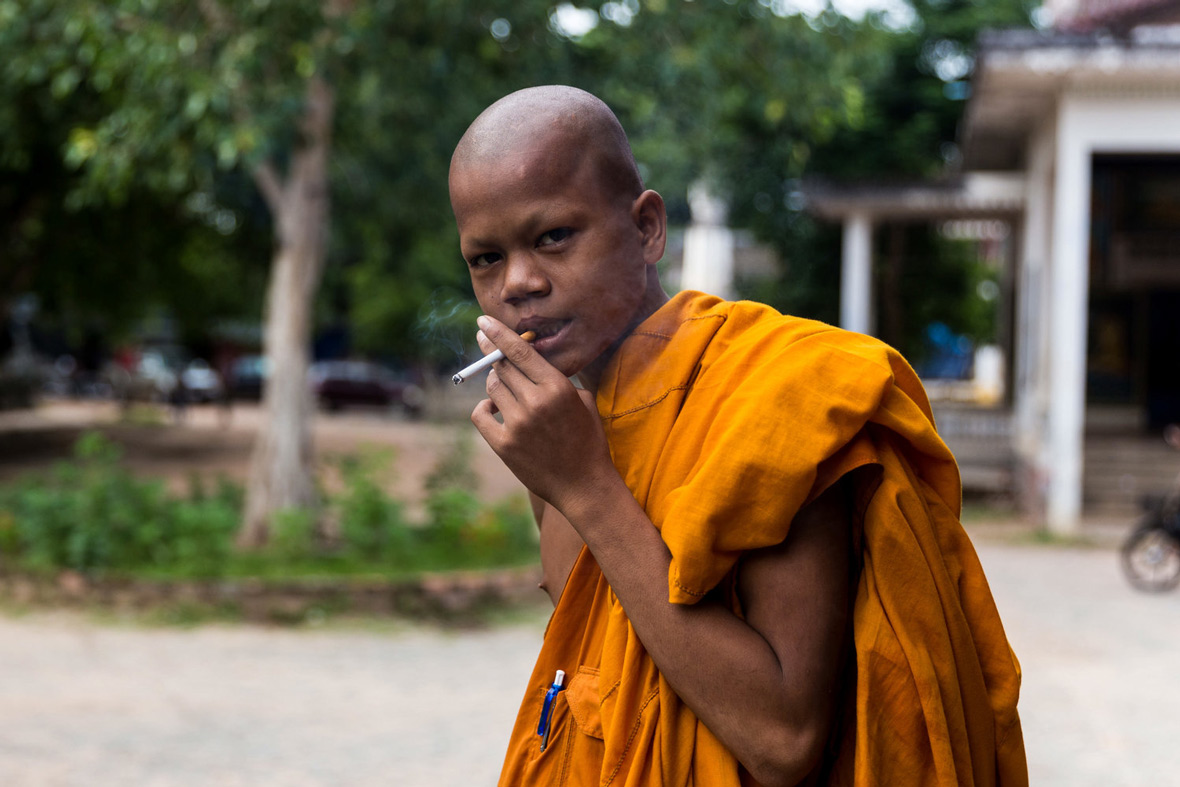 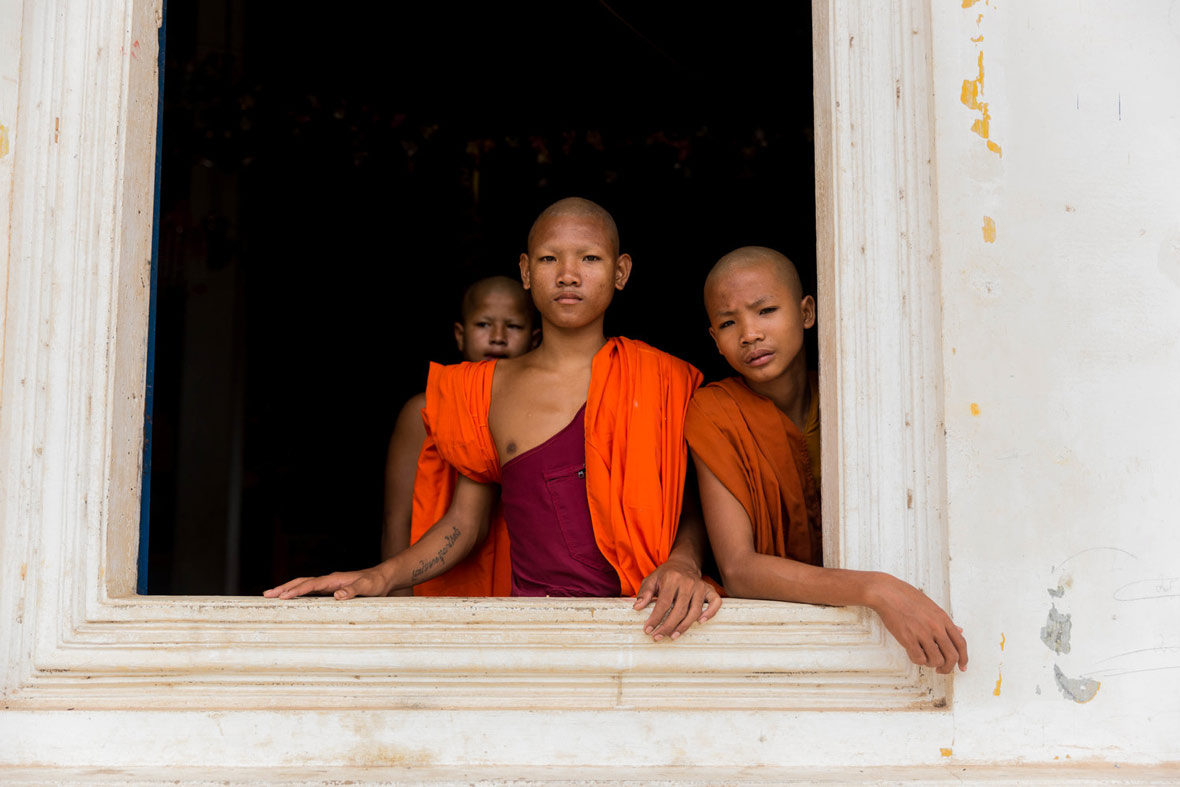 With an authentic interest in these monks’ lives, Contreras was able to create compelling photos that are a refreshing departure from the typical, detached perspectives of a photographer experiencing a new culture for the first time. Seeking Sacred shows these monks not as mysterious zealots. but reveals them for who they really are, as regular people with their own hopes and struggles. “When there were no tourists around, they relaxed and allowed themselves to be exactly who they were without any masks,” he tells us. “They were gritty and playful, yet balanced by their beliefs. Despite their decision to walk the path of Dharma, they were still holding on to who they were before they became devoted. That’s exactly what I wanted to show.” 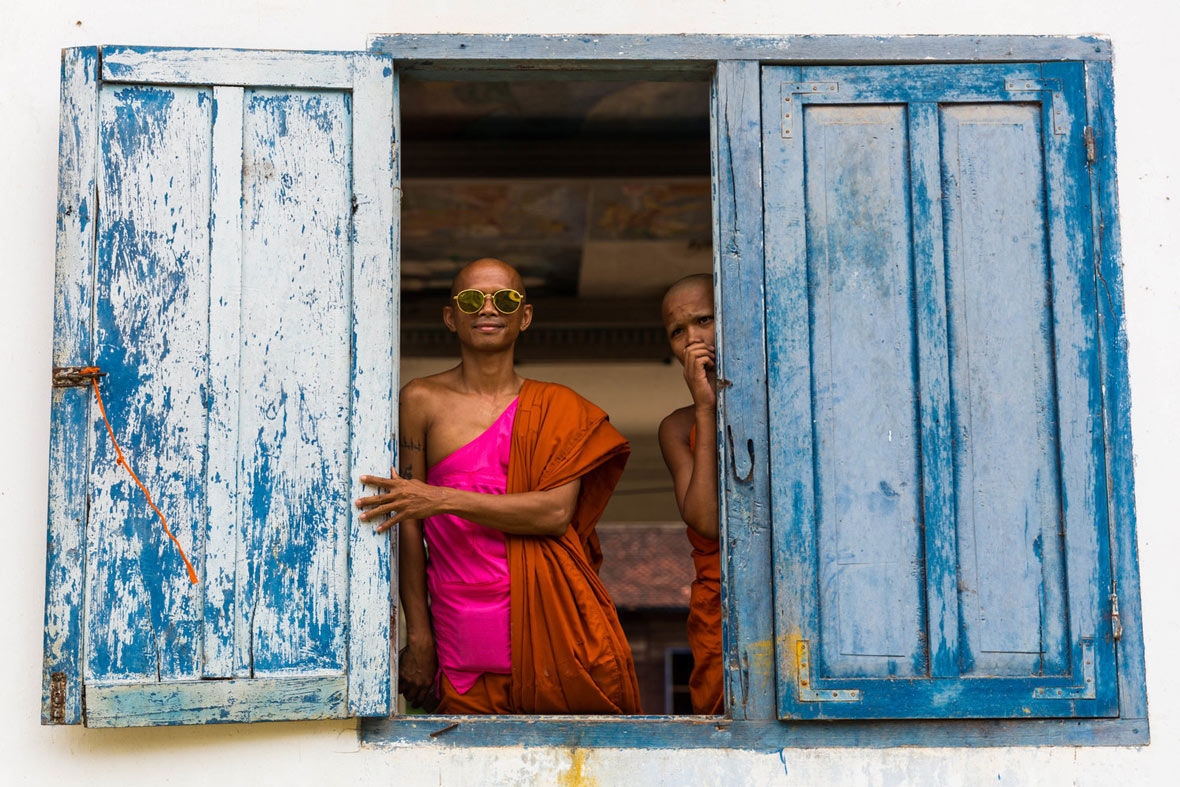 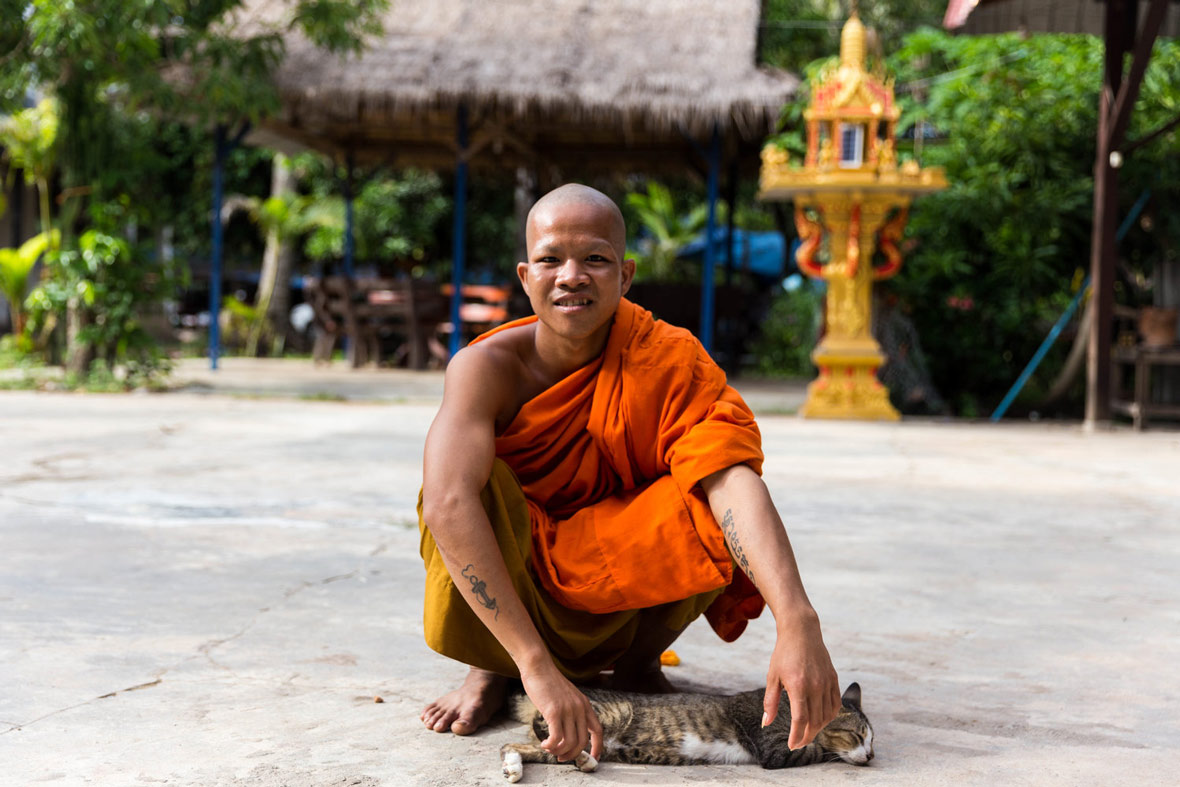 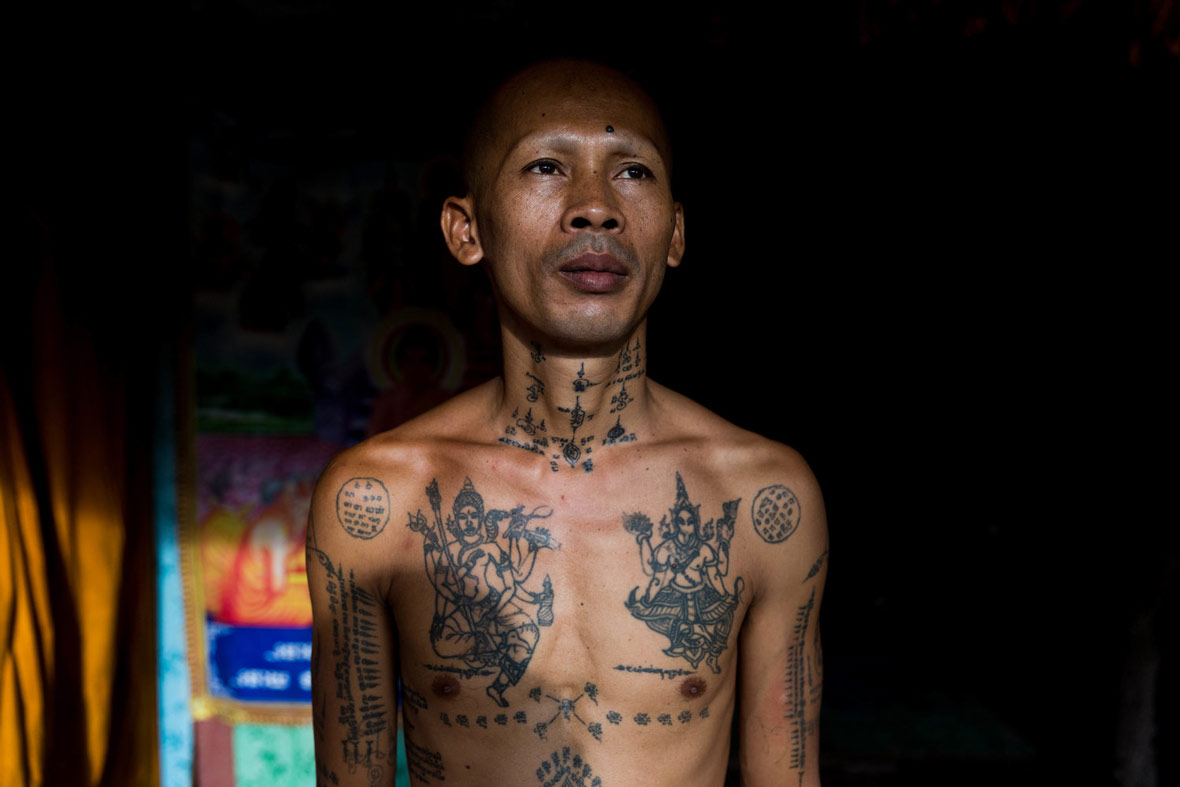 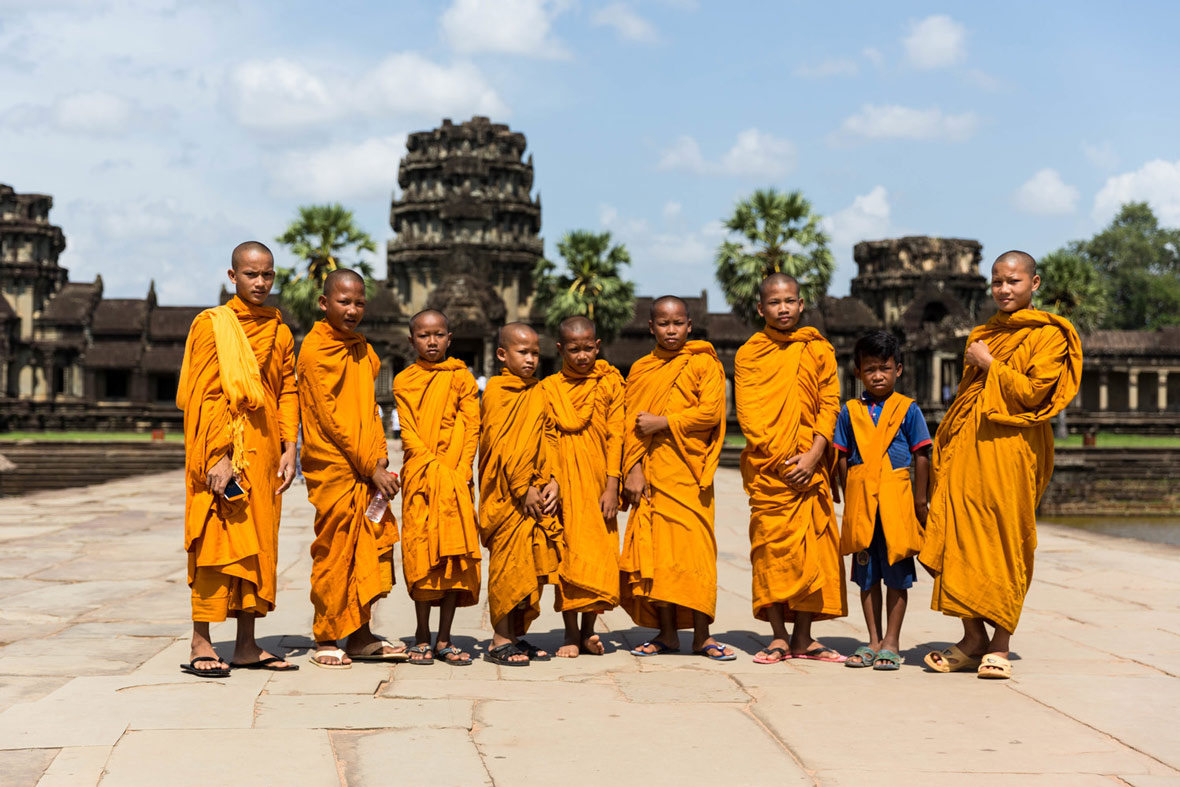