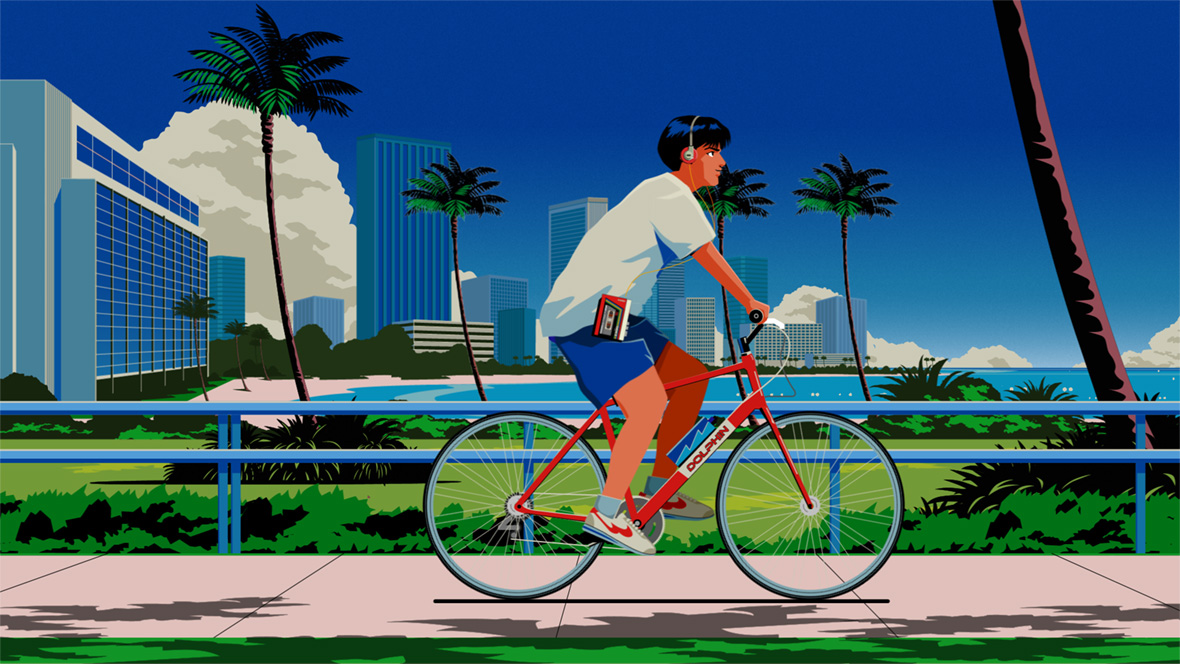 Through a VHS player, we enter the hyper-colored, funky universe of Ardhira Putra, a Singapore-based Indonesian artist who’s been turning his nostalgia into eye-popping works of art. He populates his illustrations and animations with characters, ad tags, and pop visuals inspired by the 1980s and 90s—all with a backdrop of swaying palm trees. This city pop style acts as a throwback to his beloved boyhood and the heydays of laissez-faire capitalism in Asia. 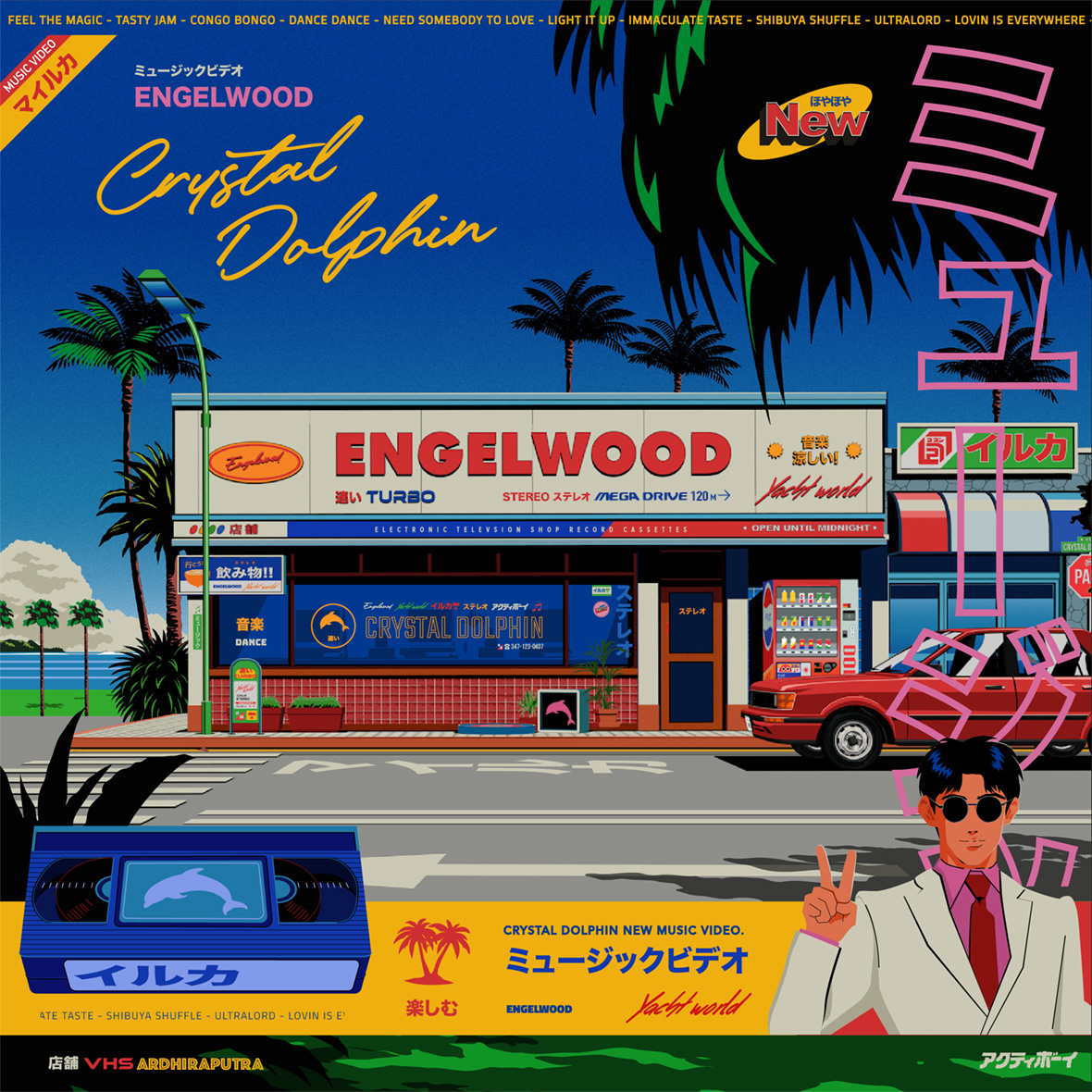 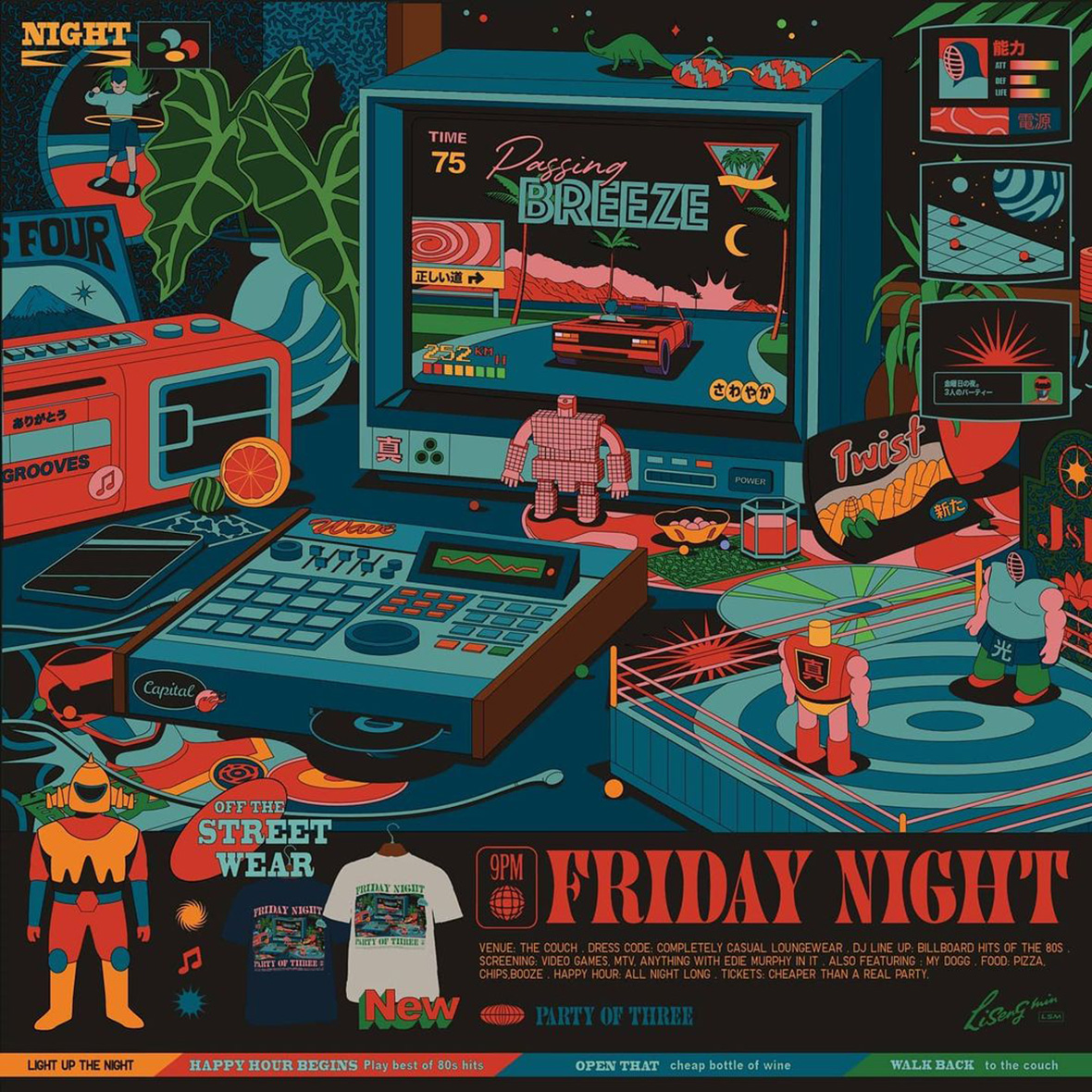 City pop is a music genre that emerged during the bubble years of the Japanese economy in the 1980s when the country became a commercial and tech powerhouse. It’s the local equivalent of easy-listening merged with funk in sophisticated arrangements and often with subtropical overtones. Its visual form appeared through album cover art. Both the musical experience and the art emote the spirit of capitalism, urban life, and the excitement of an era when life was described as an extravagant nonstop party. Putra’s work exudes such extravagance. It’s mainly composed of electric reds, blues, greens, and pink, and everything is tinged with a psychedelic touch, heightened by the infinite zoom effect he often adds to his animations. 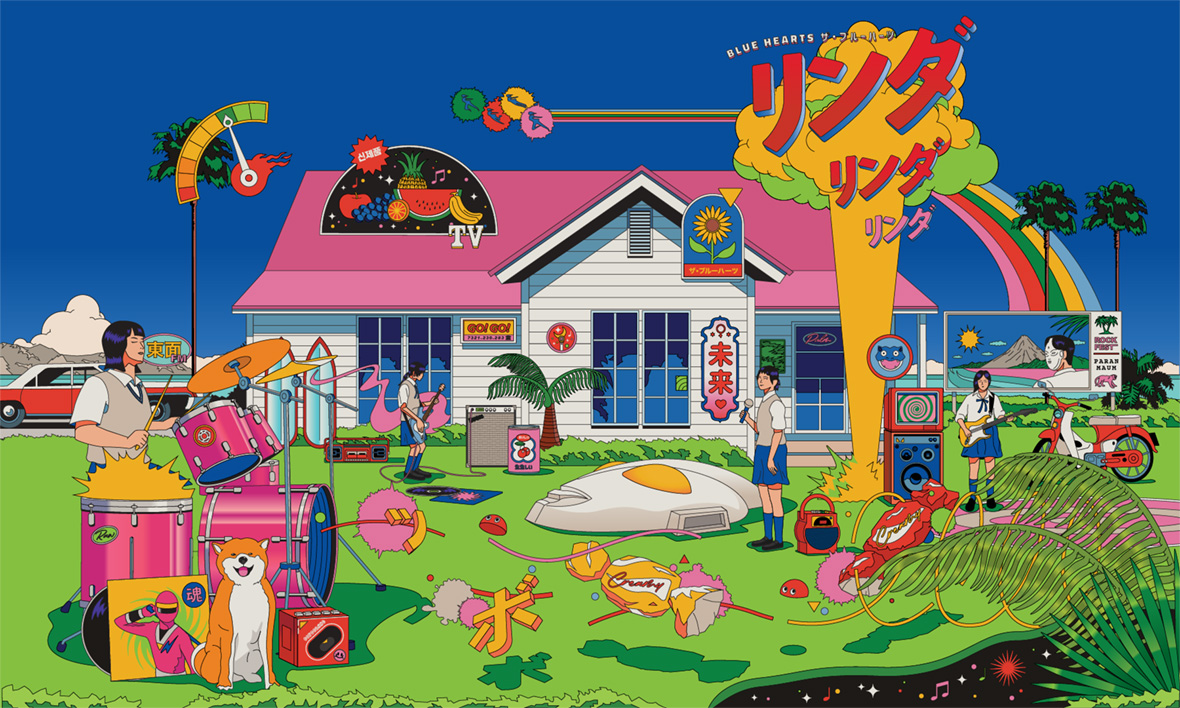 “Pop culture hit me hard when I was a kid,” Putra says. “Most of my inspirations come from vintage culture and Asian pop ads. They can be a billboard, an album cover, a TV commercial, my favorite cartoon when I was a child, or the games I played on Sega Saturn and Nintendo. My style is a step back in time with a combination of all these nostalgic references.”

He was born in 1988, at the beginning of Indonesia’s economic boom. Growing up in Jakarta, where most of the country’s prosperity was centralized, he saw the expanding consumption of the middle class. More and more Jakartans began dressing in designer clothes, driving imported cars, and dining at high-end restaurants. As consumerism was embraced, shopping malls took center stage in urban life, with their myriad of shiny new products vibrantly displayed in shop windows and adverts everywhere. 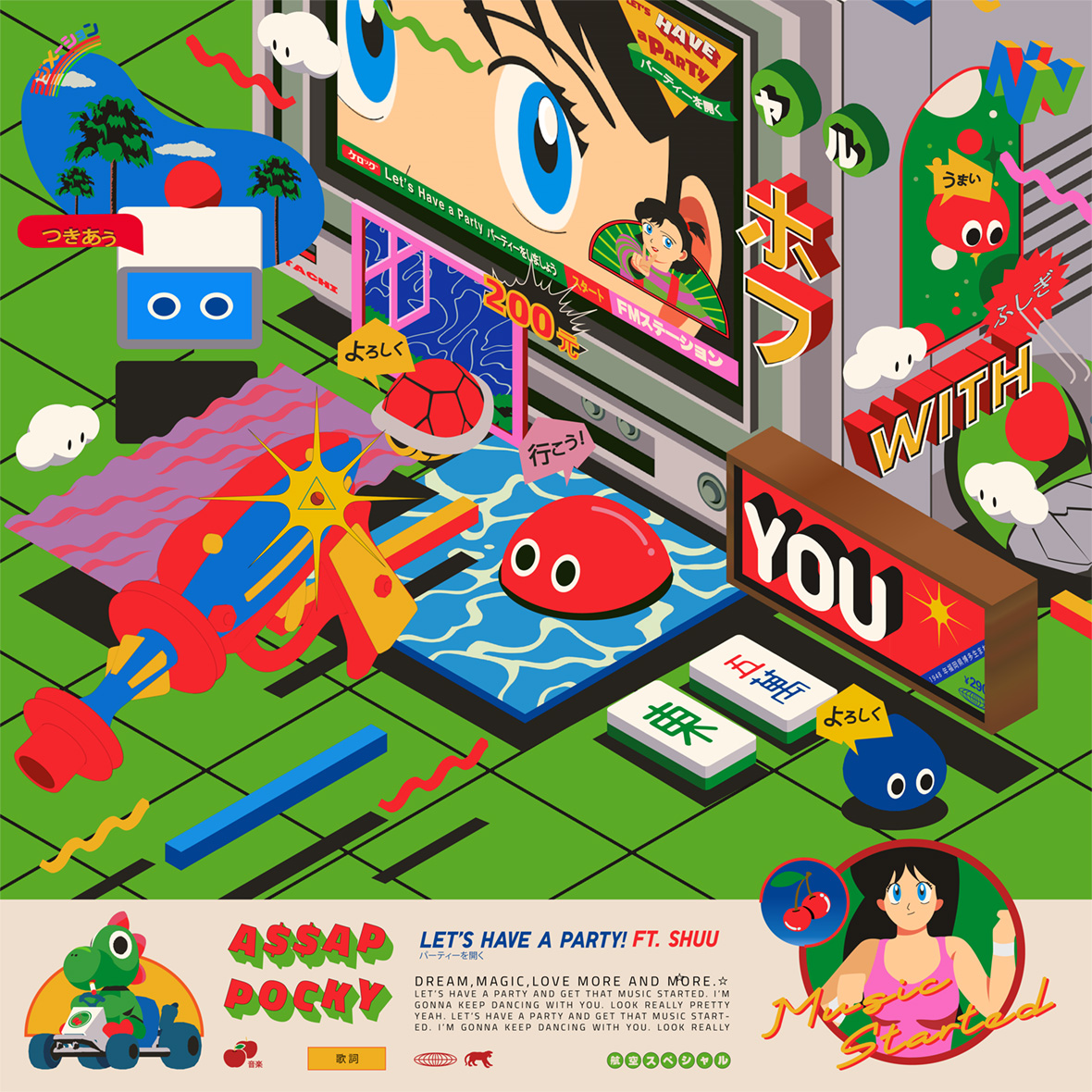 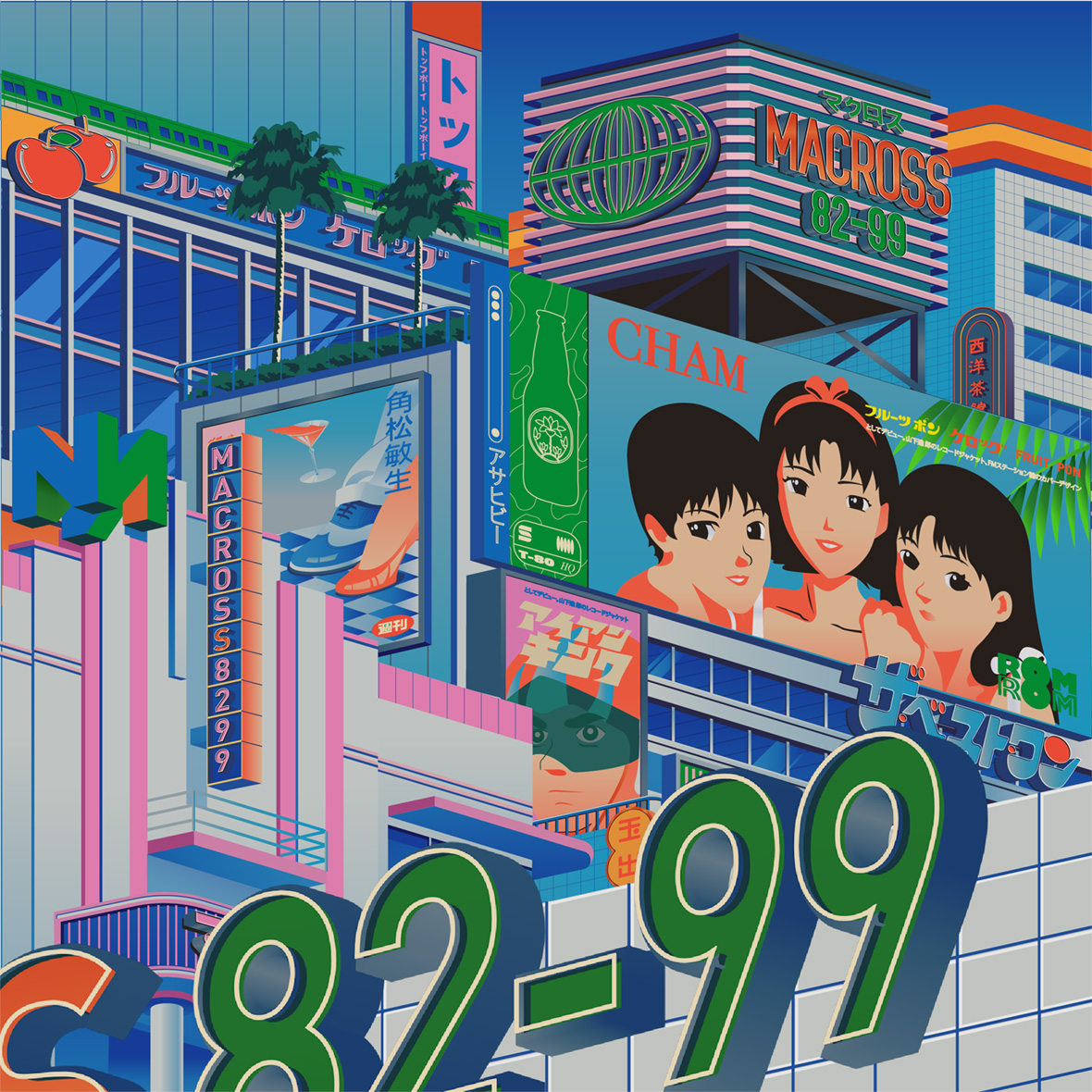 It all happened as Indonesia progressively opened to foreign cultures and submitted to the soft power influences of the United States and Japan. Much of which was disseminated through television and radio. “My friends and I liked everything Japanese, from TV shows to video games and action figures,” Putra recalls. “Meanwhile, my parents loved to listen to Michael Jackson and Earth, Wind & Fire. On weekends, they would always take me to the mall.” This mishmash of childhood memories now all appear in his artwork in one way or another.

Until the early 1990s, Indonesian television was state-controlled, but then it opened up to many privately owned stations. One of them was MTV, whose iconic video idents instantly caught Putra’s eye and unleashed his fascination with motion graphics. He says he later pursued illustration and animation because, “I wanted my art to be consumed just like pop culture, like a comic book, a poster, or something you could watch on screen, all belonging to the same universe.” 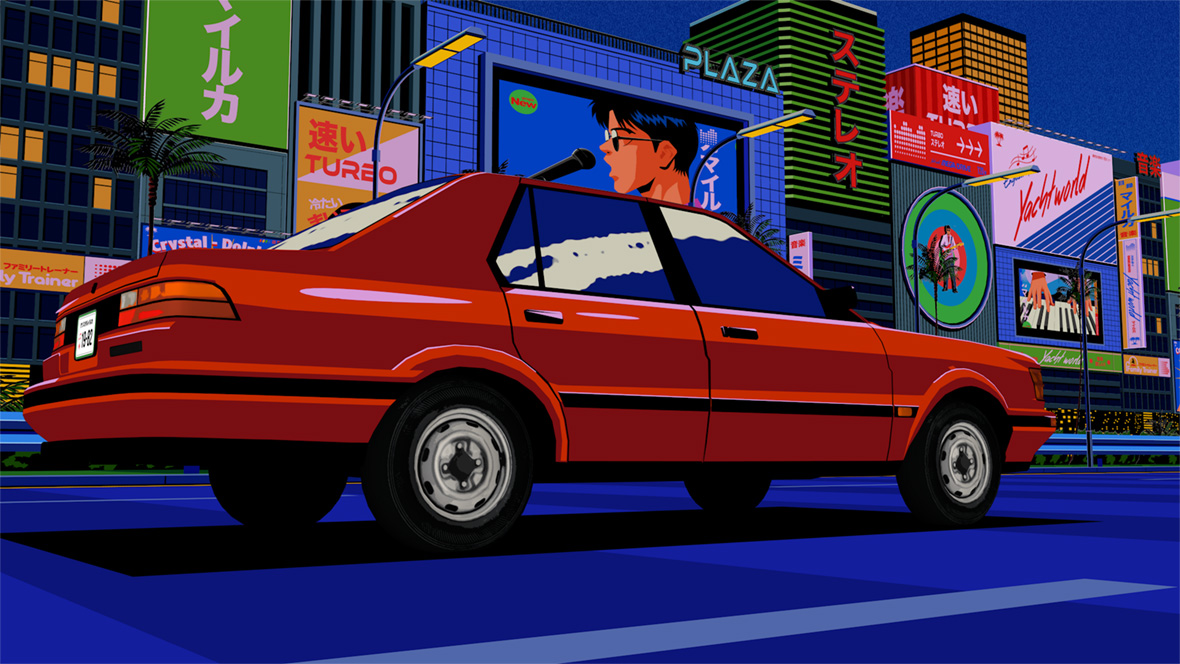 Putra studied film and animation at the Multimedia University in Malaysia. After graduation, he worked as a motion graphic designer at an Indonesian media company, but he found client-based work to be repetitive and unchallenging. So, he began developing his independent art career in his spare time, drafting his retro-infused universe little by little. “I only draw the visuals that matter to me,” he says. “I can draw boomboxes and cassette tapes every day without complaining.”

He’s unclear what exactly fascinates him about such objects. But one thing he is sure of. “I miss the analog era,” he says. “It’s good to create a piece of art or music on your computer and to have all the tools you need right there on your desktop. I truly respect how the process happened before when musicians had to go through analog recording and distribution to release their albums. It was a long process to create something.”

As his signature style caught the public eye, Putra became a sought-after artist and has since taken part in exciting collaborations with several independent musicians, who wanted fun and playful visuals for their videos, album covers, or other promotional materials.

In 2020, American electronic music producer Engelwood asked him to create a music video for Crystal Dolphin, a track sampled from Kingo Hamada’s 1982 Dolphin in Town, an all-time city pop classic. Engelwood’s song had already become a viral sensation on TikTok, with hundreds of millions of streams from the platform’s users—most of them Gen Zs. Engelwood himself was only born in 1996.

Putra came up with a storyline for the music video in which different generations connect through music, from analog to digital, just as it happened with Hamada’s song itself. “What’s been recorded never dies. Like the connection between Kingo Hamada and Engelwood,” he says.

One of Putra’s most recent projects was a music video for Taiwanese musician DJ Didilong’s reinterpretation of Promise, a1975 love hit by Liu Wenzheng. The brief was to create a dreamy romantic atmosphere revolving around a love relationship, so Putra looked through the photographs his parents took at the beginning of their relationship. “There were so many photos that I thought of a camera as the most important object to capture their relationship back in the 1980s,” Putra says.

On a loop effect, the video features a couple’s journey from dating to marriage through the lens of their vintage cameras. The result is palpably warmer and more sentimental than his other works, as there’s a much more emotional narrative and an entirely new color palette inspired by the hues of sunset.

Another challenging aspect of Promise was reproducing Taiwanese settings and text with accuracy. Putra had to be extra careful with designing the Chinese typography, which he wasn’t particularly familiar with. But Putra always welcomes the challenge of finding different ways of expanding his universe. Whether trying out new color schemes or studying cultural references in-depth, he’s happy to experiment, as long it all remains coherent under his retro umbrella. 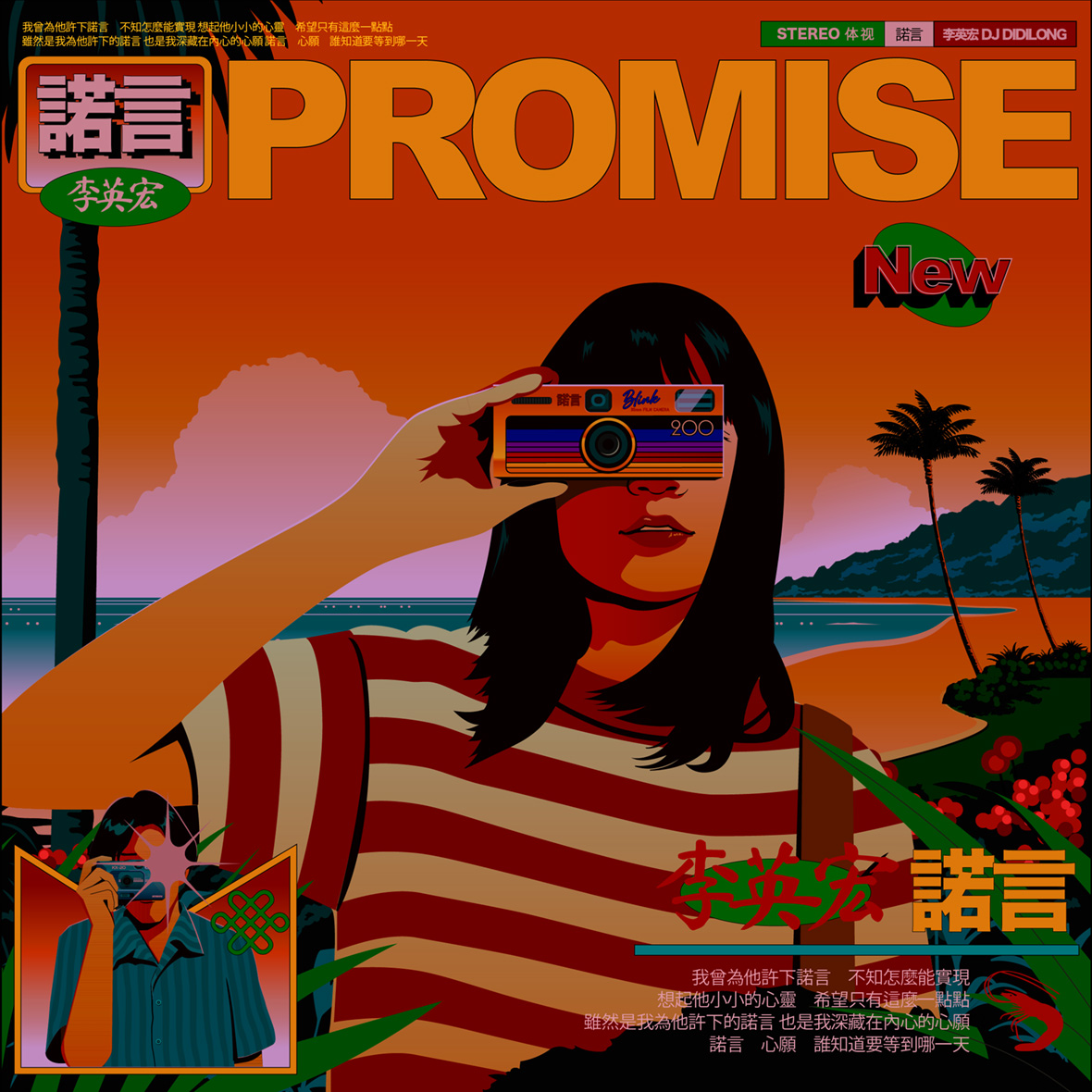 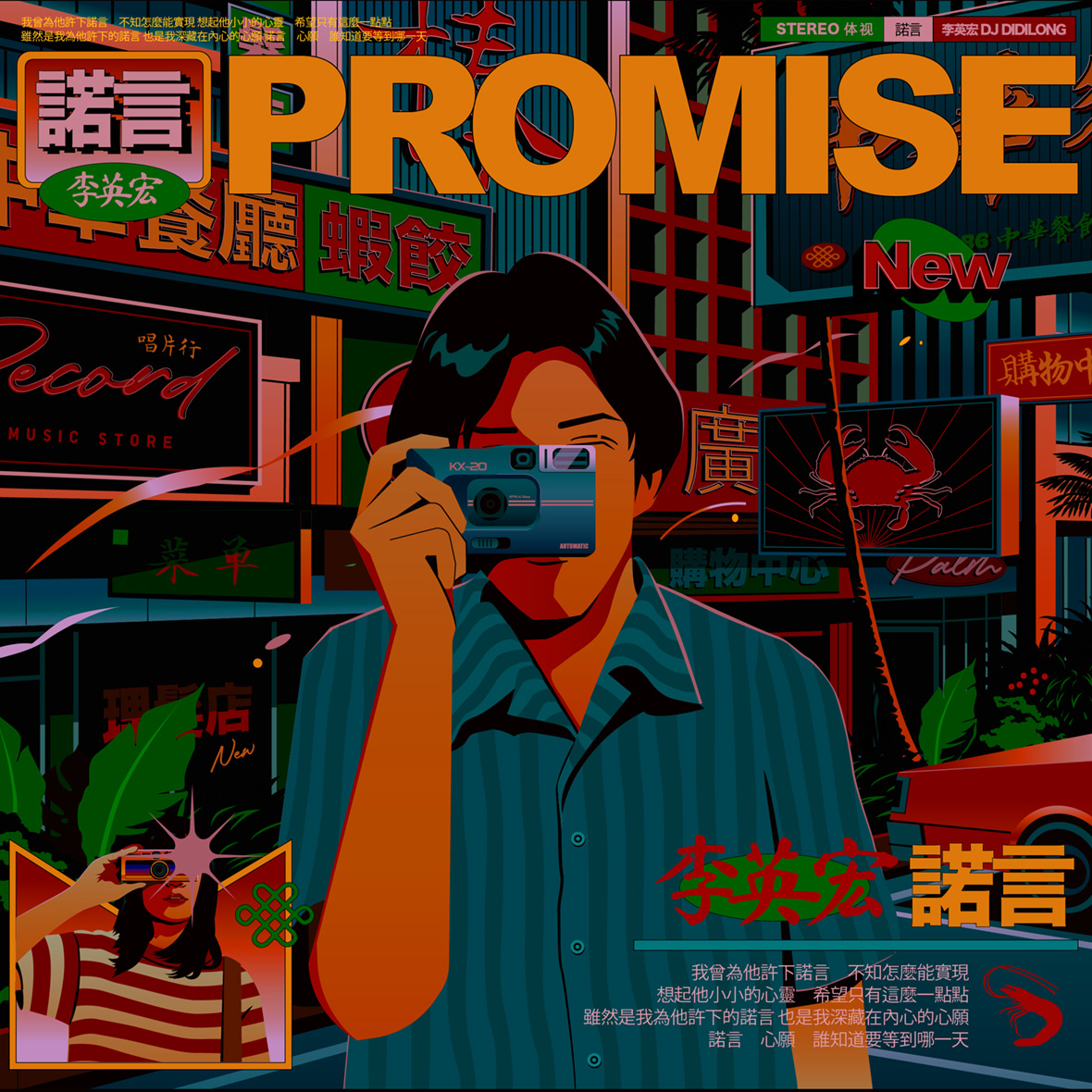 Putra is always thrilled in revisiting the bygone days of his childhood while creating. “When I started with the retro theme in 2017, I realized I was happy to revisit my childhood memories. It also gave me a new connection with my parents. It had a healing effect on me, like therapy.”

For a long time, psychologists associated nostalgia with depression and the hopeless longing for bygone times. Recently, though, it’s been argued that the feeling has an energizing effect: it links the past to the present and creates hope for the future.

Nostalgia also connects people through common social memories. Putra’s work speaks to his generation. But it resonates with a younger crowd too, people that hardly experienced the 1990s, much less the 1980s, a generation that never played console video games, watched VHS films or listened to cassette tapes. And yet, they, too, feel nostalgic for an era they didn’t live in. “This makes me think of nostalgia as something that can be shared with everyone. I hope they too can look at their childhood memories and feel the joy and healing effect,” he says. 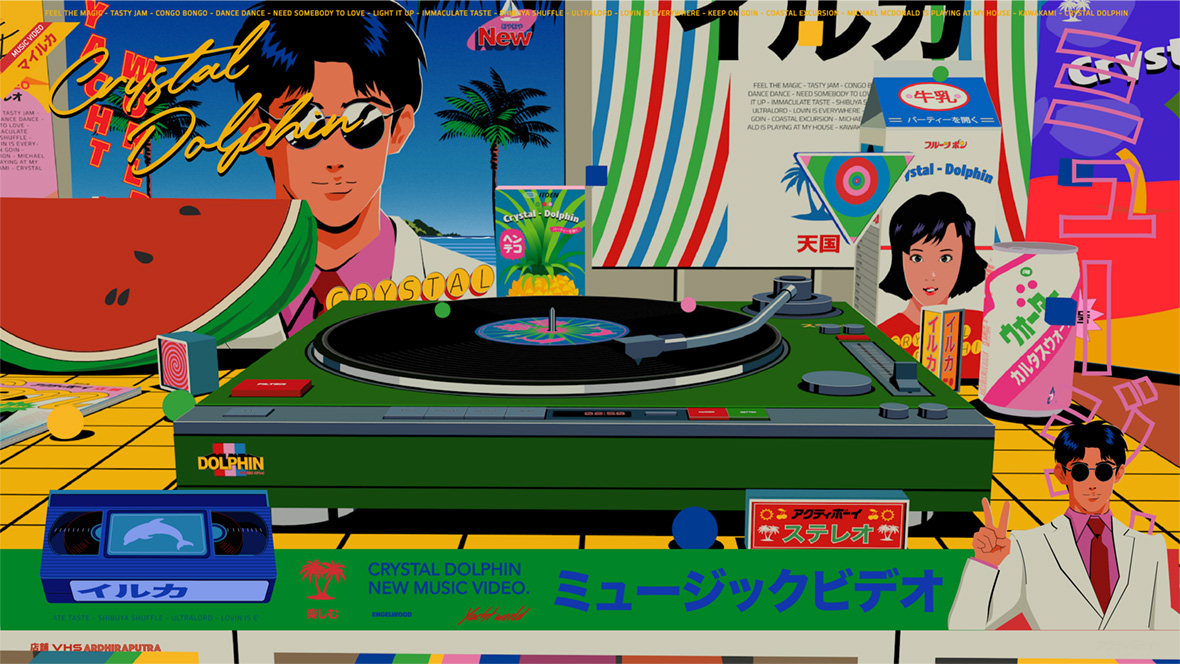 But not all is looking back. As a digital artist, Putra is enthusiastic about new technologies and the possibilities of the internet, a realm he paid close attention to and saw developing over his life. He’s especially fascinated by NFTs. He believes in their sustainable development and potential to open exciting new worlds for artists like him, enabling things he never imagined could happen early in his career.

Putra has recently dropped his first NFT, a collaboration with SuperRare, of the world’s leading crypto art marketplaces. Passing Breeze is a 3D animation depicting the interior of a boy’s bedroom. Once more, it’s an assemblage of his childhood inspirations—all the retro analog paraphernalia he loves thrown into the crypto cosmos.