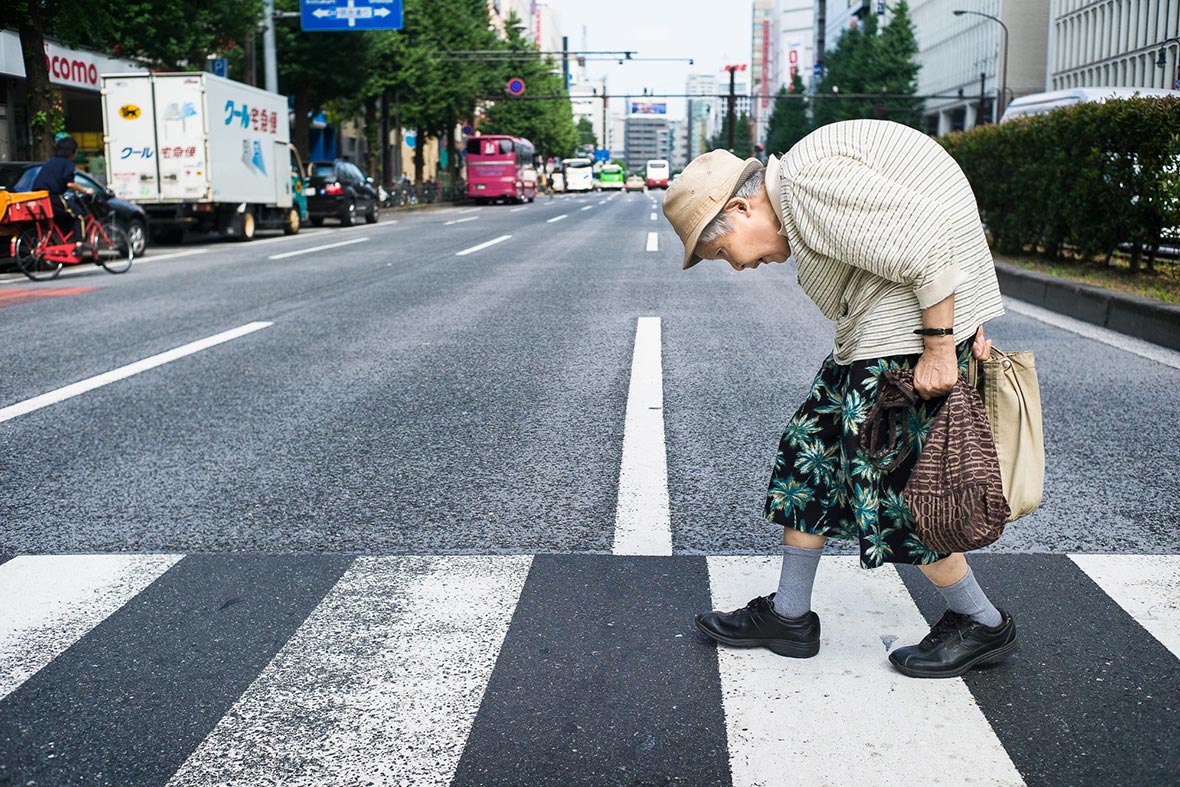 According to the most recent statistics, as of October 2017, 27.7% of Japan’s population, or around 35 million people, are 65 or older. While Japan’s rapidly aging population has long been an issue for the country, the numbers are still shocking.

Born in Manchester, England, photographer Lee Chapman has lived in Japan for over two decades. His photo series The Old turns his lens onto Japan’s aging society. They still stagger along on traffic-clogged thoroughfares and eke out a living in alleyway shops. 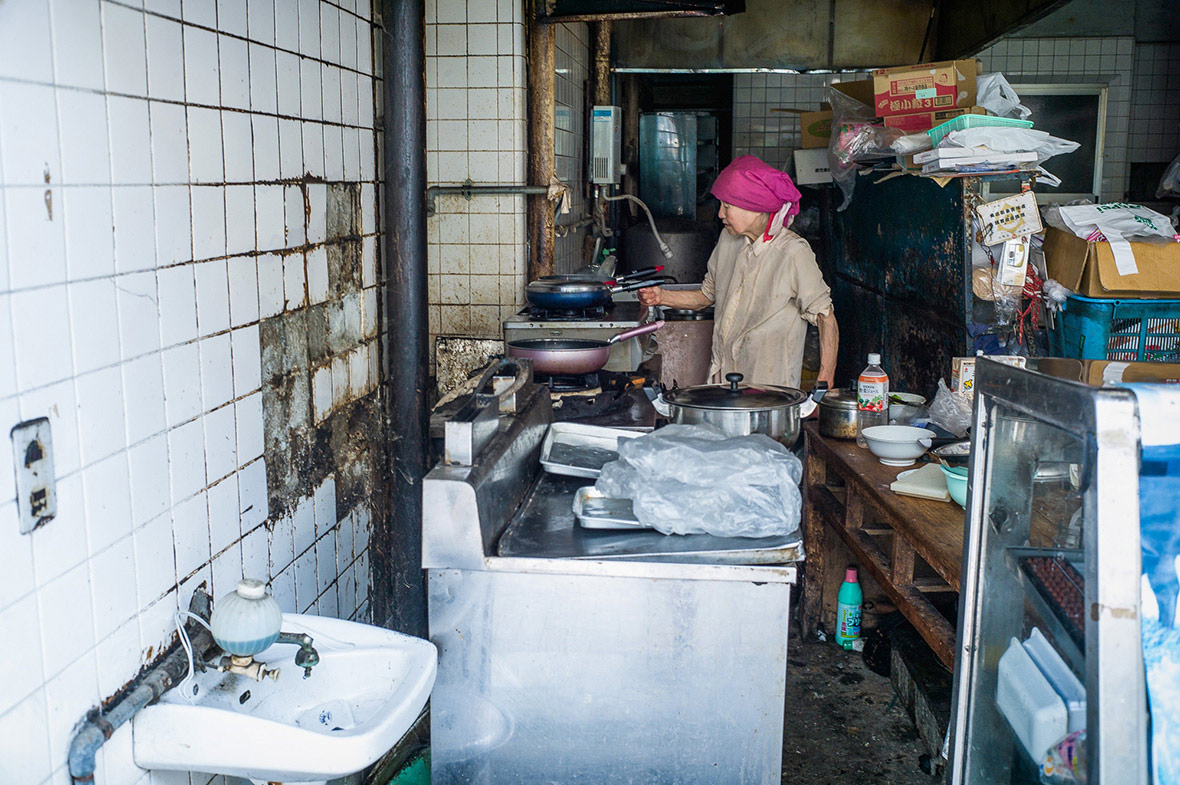 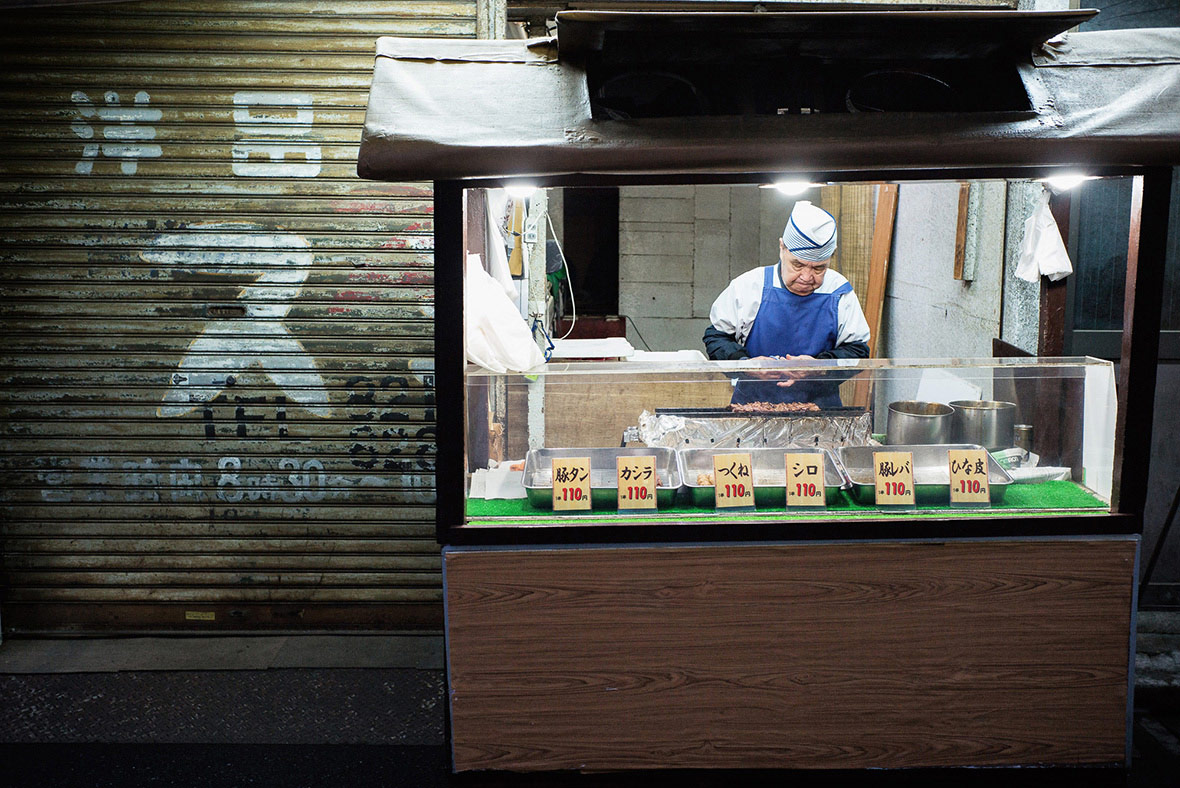 “I was initially fascinated by Tokyo’s older areas and districts,” Chapman says. “These neighborhoods often have large elderly populations, so a series of photos featuring them just gradually built up.”

Almost none of the individuals featured in this series were deliberately chosen – most were just chance encounters. “They are mostly all people I spotted on the street, in bars, or in restaurants,” he says. “People that to me at least are interesting, and people whose faces, or the situation I photographed them in, seemed to tell a story.” 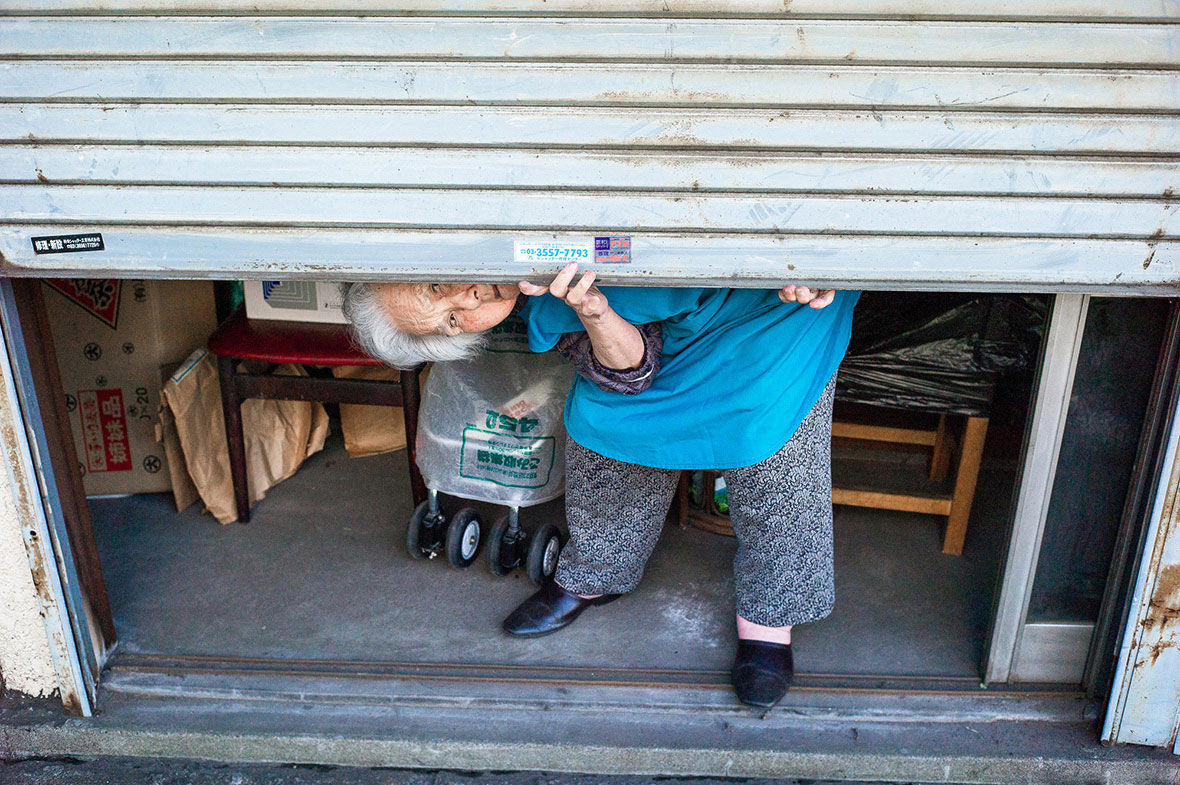 One particular photograph that’s engraved in Chapman’s memory is his shot of a silver-haired woman rolling up metal shutters.

“I initially saw only her hands and feet, and then as her face appeared, I quickly got the shot,” he says with a grin. “But the main reason it’s one of my favorites is that when she saw me standing there, she immediately – and rather forcefully – commandeered me into helping her . . . After opening it, she invited me inside to chat with her.” 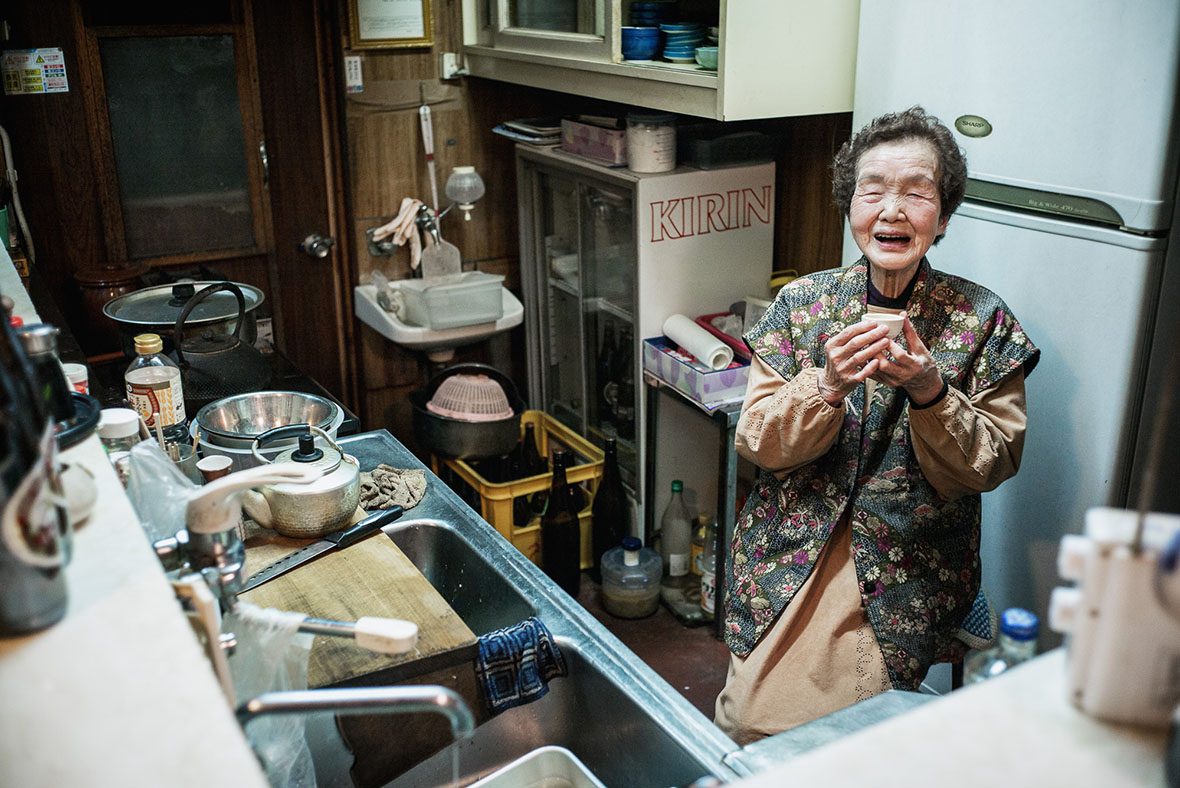 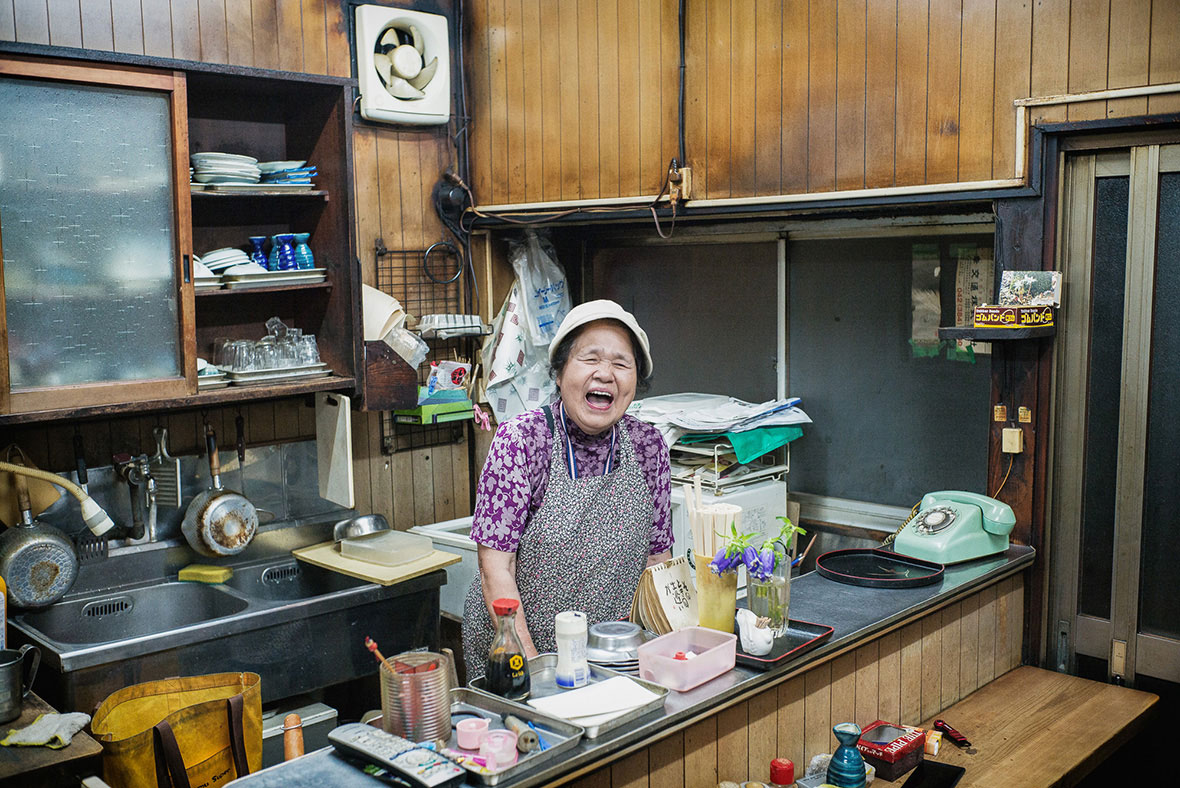 She ended up becoming just about the only person in the series Chapman would spend time with. Chatting with her, he learned that this was her former store, but as age began taking its toll, she closed down the shop and converted it into a living space.

“It was a very interesting half an hour or so that I wouldn’t have had without taking that photograph,” he says. “It’s also even more poignant now as I’ve never seen the shutters raised since, let alone seen the lady herself.” 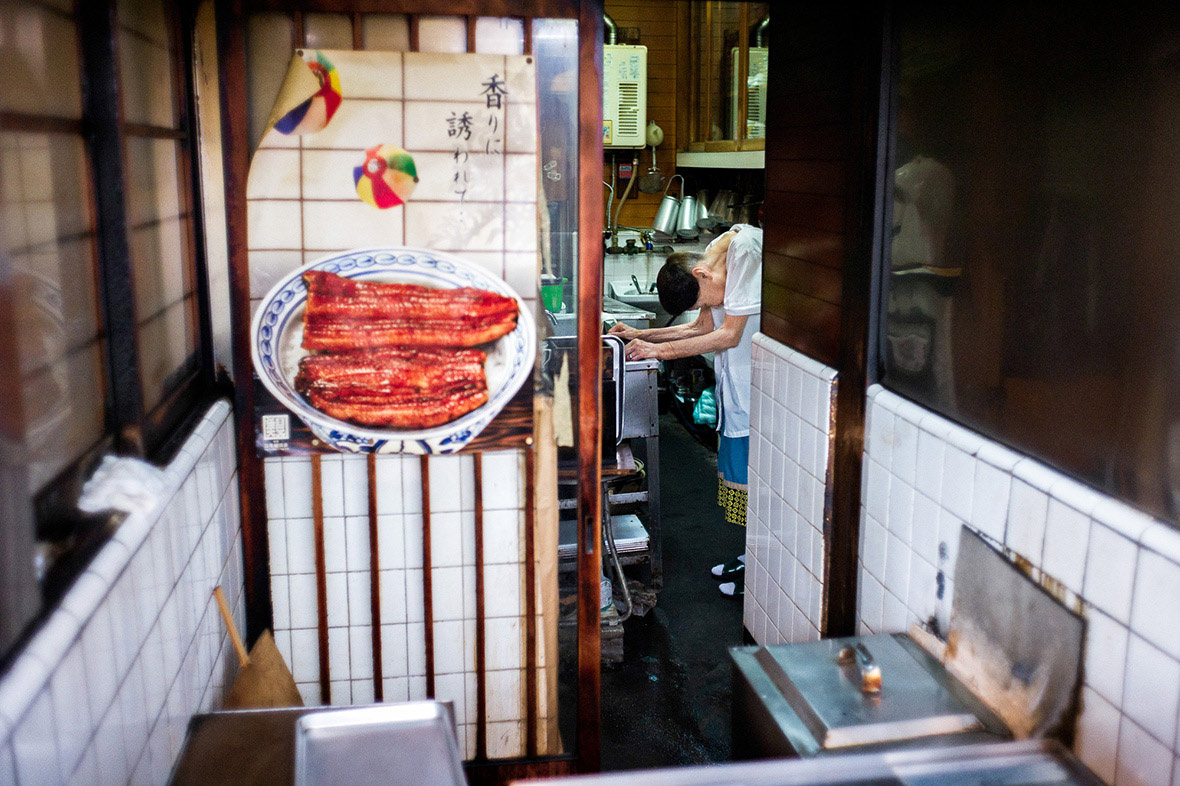 With the sheer amount of elderly citizens in modern Japan, many have voiced concern for their well-being. Must they live the rest of their lives alone? What are the realities of their living situations?

“The lady who I talked with was living by herself and was clearly very lonely,” Chapman notes. “Her kids didn’t live nearby, and she couldn’t get out much, a situation that, given Japan’s aging population, is sadly only going to get more common.” 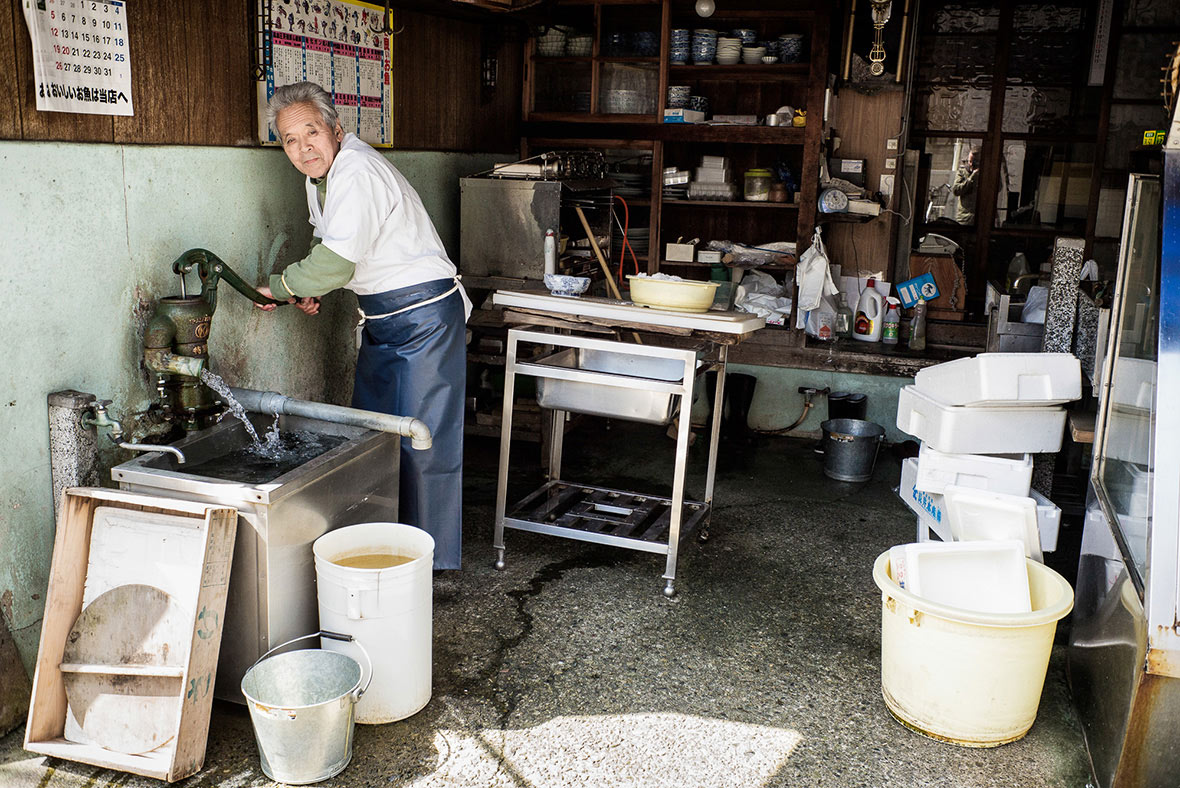 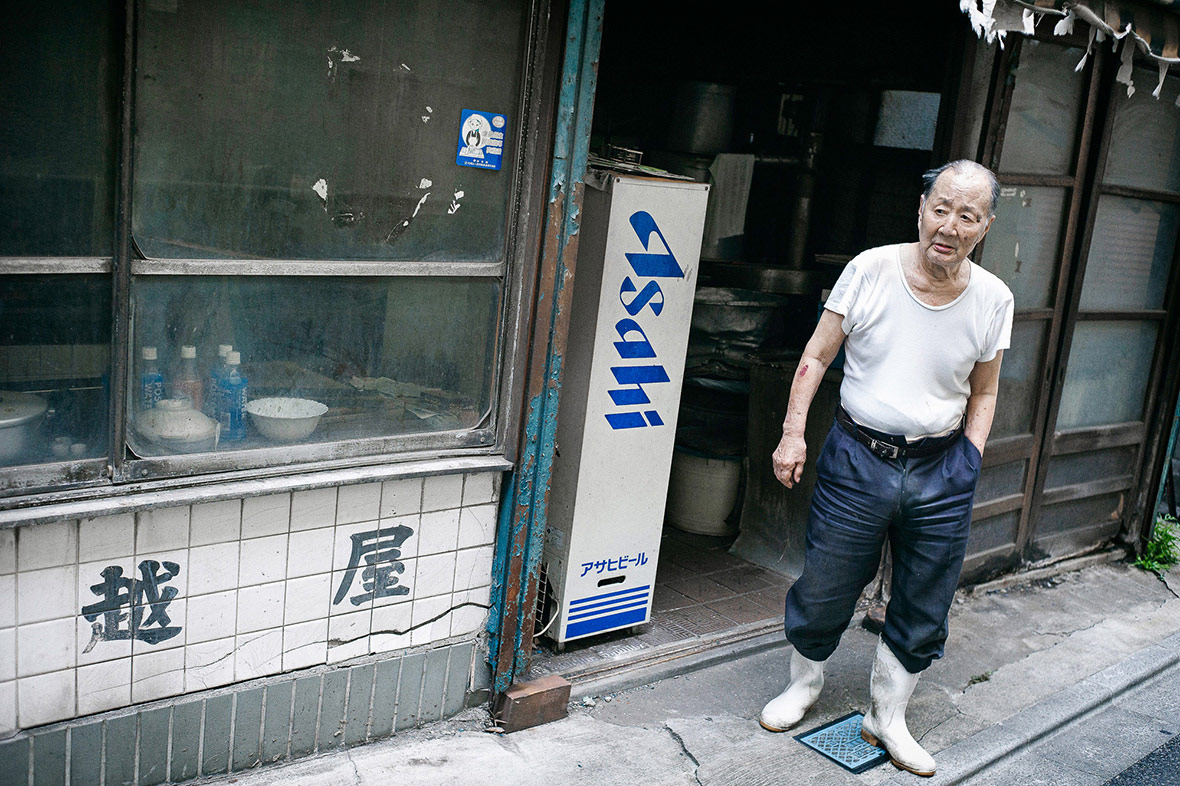 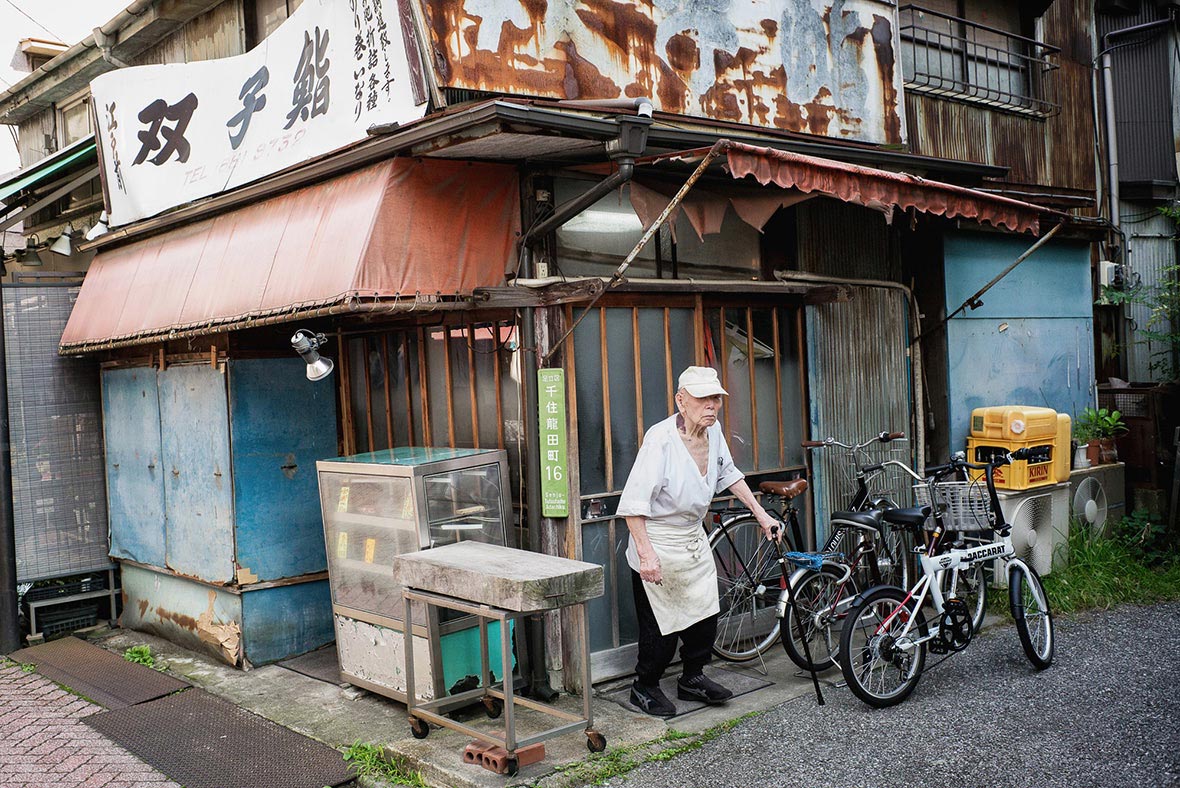 In the middle of the fast-paced city, the old get by at their own inevitably slower rhythm. Leading slow lifestyles, the aging population of Japan can struggle to find belonging in the rapidly developing metropolis. Chapman says that this series has helped him come to terms with the impermanent nature of the world around him.

He tells us, “These areas I often shoot in are changing at an alarming rate and fascinating old buildings are being demolished everywhere. Of course, it’s not just the buildings that are disappearing, but also the people who once inhabited them. This element also makes my work seem more pressing, and in some small way, more important,” he says. 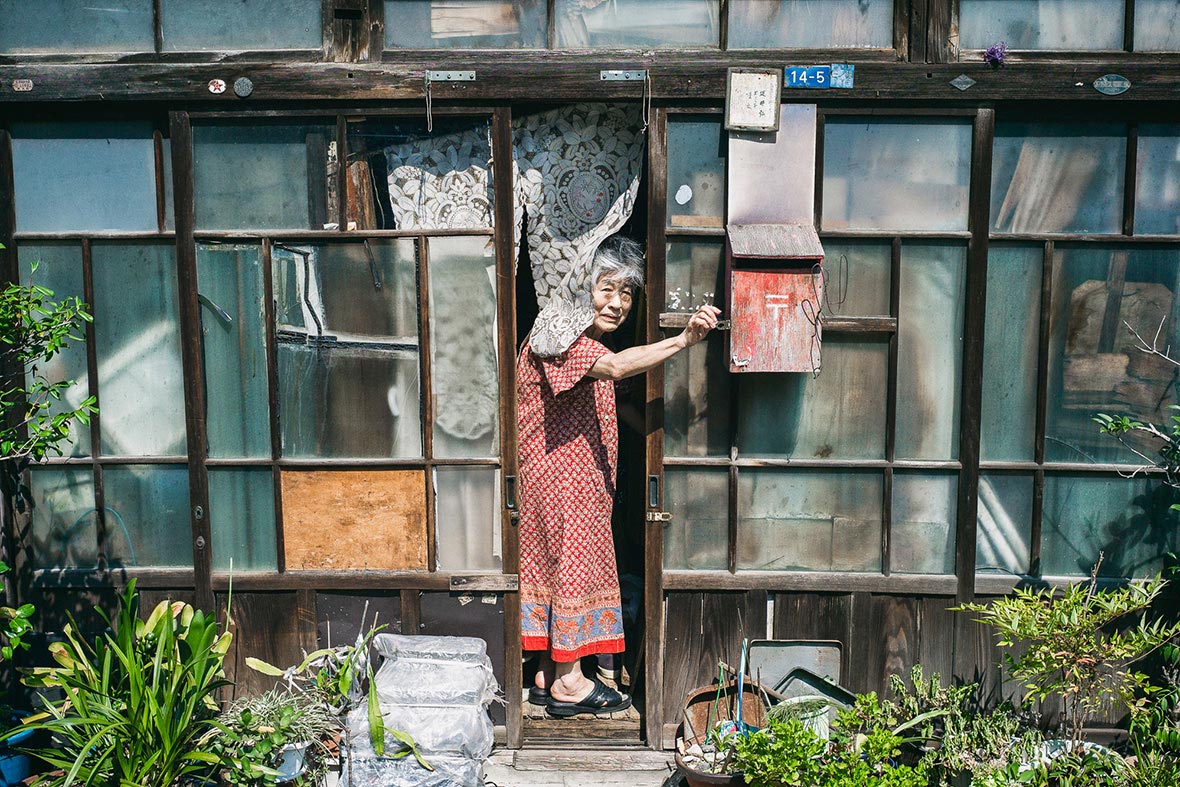 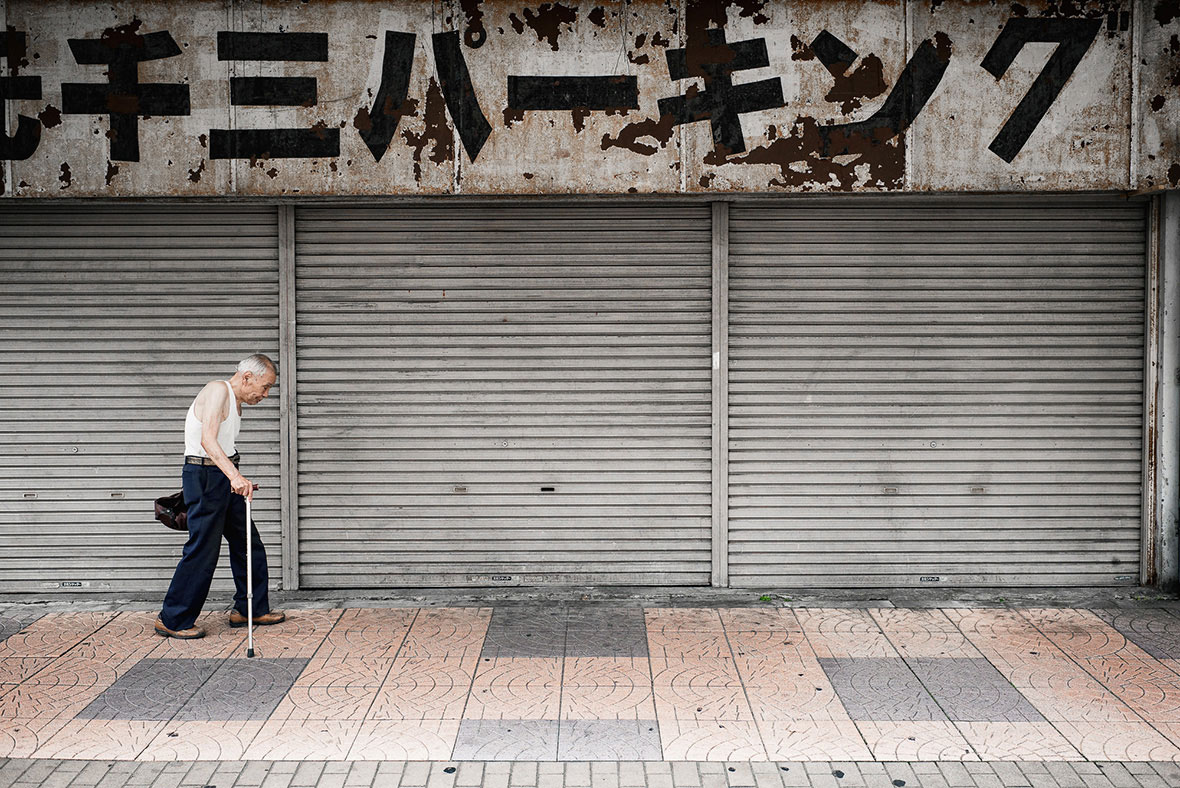 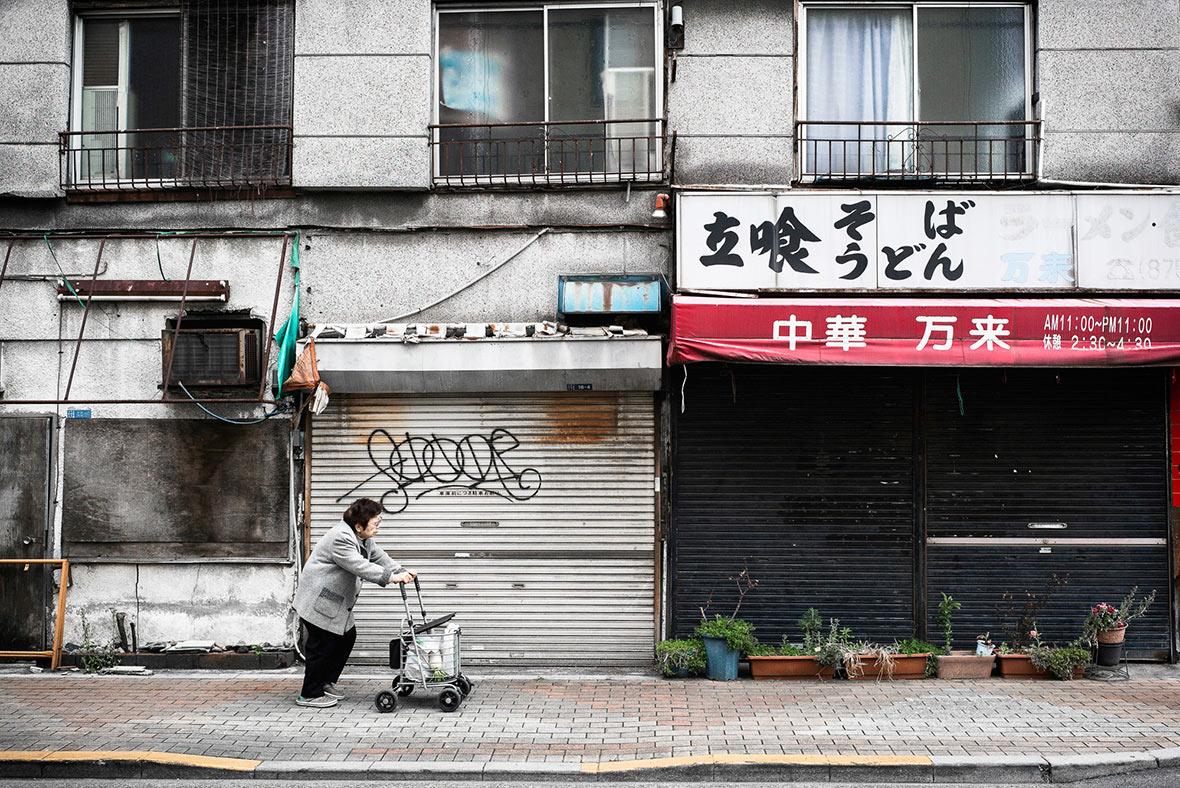 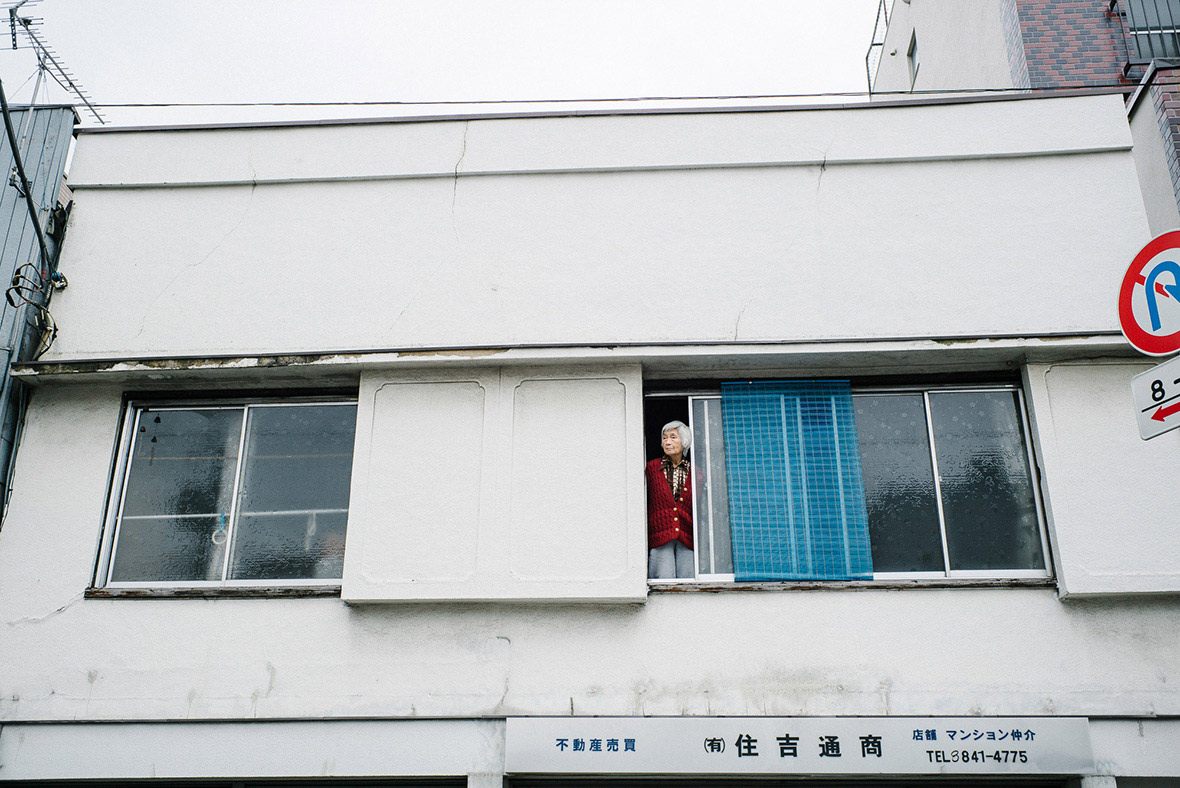