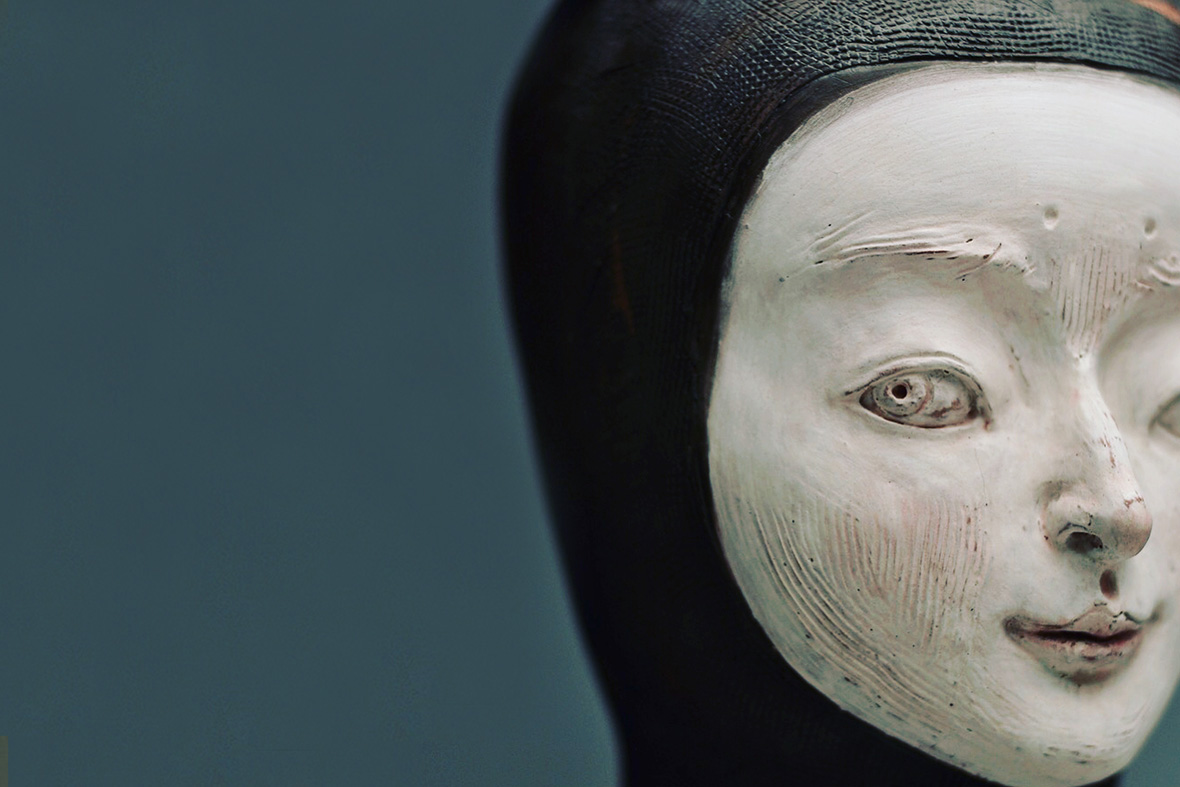 Though they’re smeared in clown make-up, the ceramic figures of sculptor Chao Harn Kae are far from jovial. Instead, they gaze on with indifference, glance around in suspicion, or carry blank stares. Even characters with their lips upturned don’t seem truly happy—their expressions seem closer to conniving smirks or mocking snickers.

A constant aura of anxiety simmers in the Malaysian artist’s works, and it’s all by design. As he sees it, negativity shouldn’t be ignored, but confronted. “The sadness and melancholy that manifest in my works reflect my mental state at the time of creation,” he explains. “But it’s not all doom and gloom. In times of despair, it’s important to find joy.” 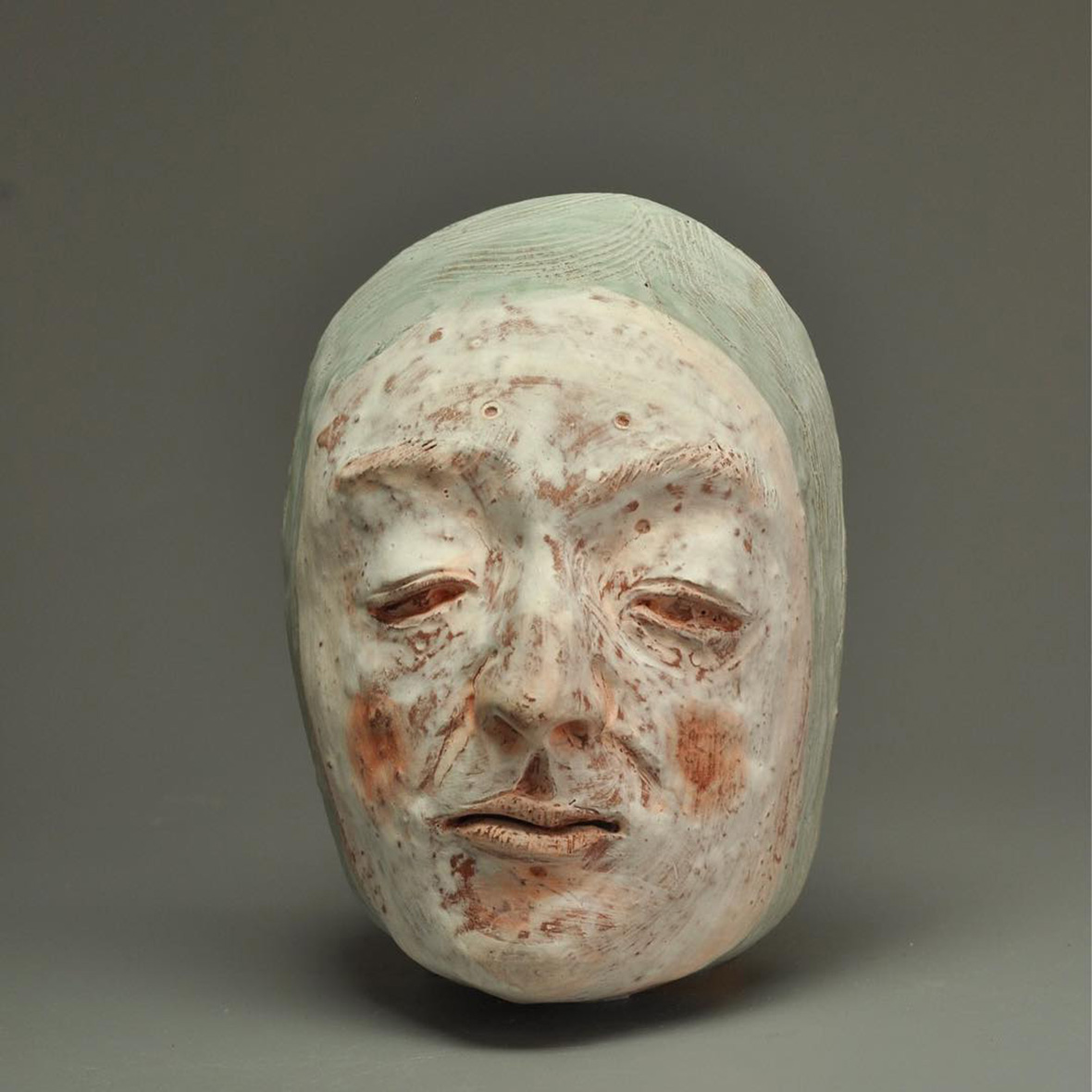 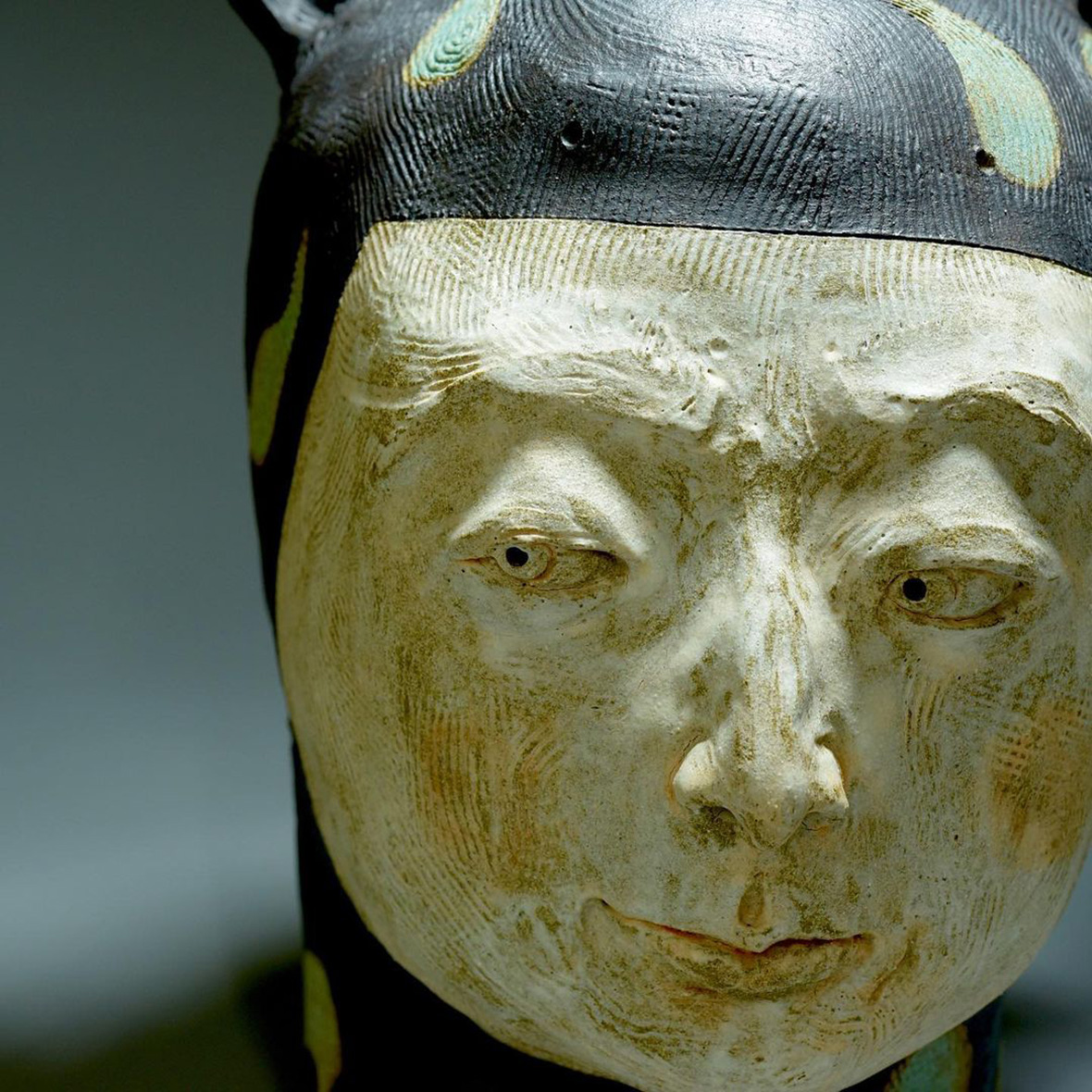 But joy can be deceiving, especially in modern times, where our technologically inundated lives have conditioned us to put on a happy facade for our social feeds. The clown characters that Chao features so prominently in his work are a statement on this facet of existence. With their white face paint, they speak to the masks that people are now so accustomed to wearing in their day-to-day lives. “My art explores whether or not these facades people put up are required,” he says with a pause. “Or perhaps these facades aren’t facades at all, but who we actually are,” he says. 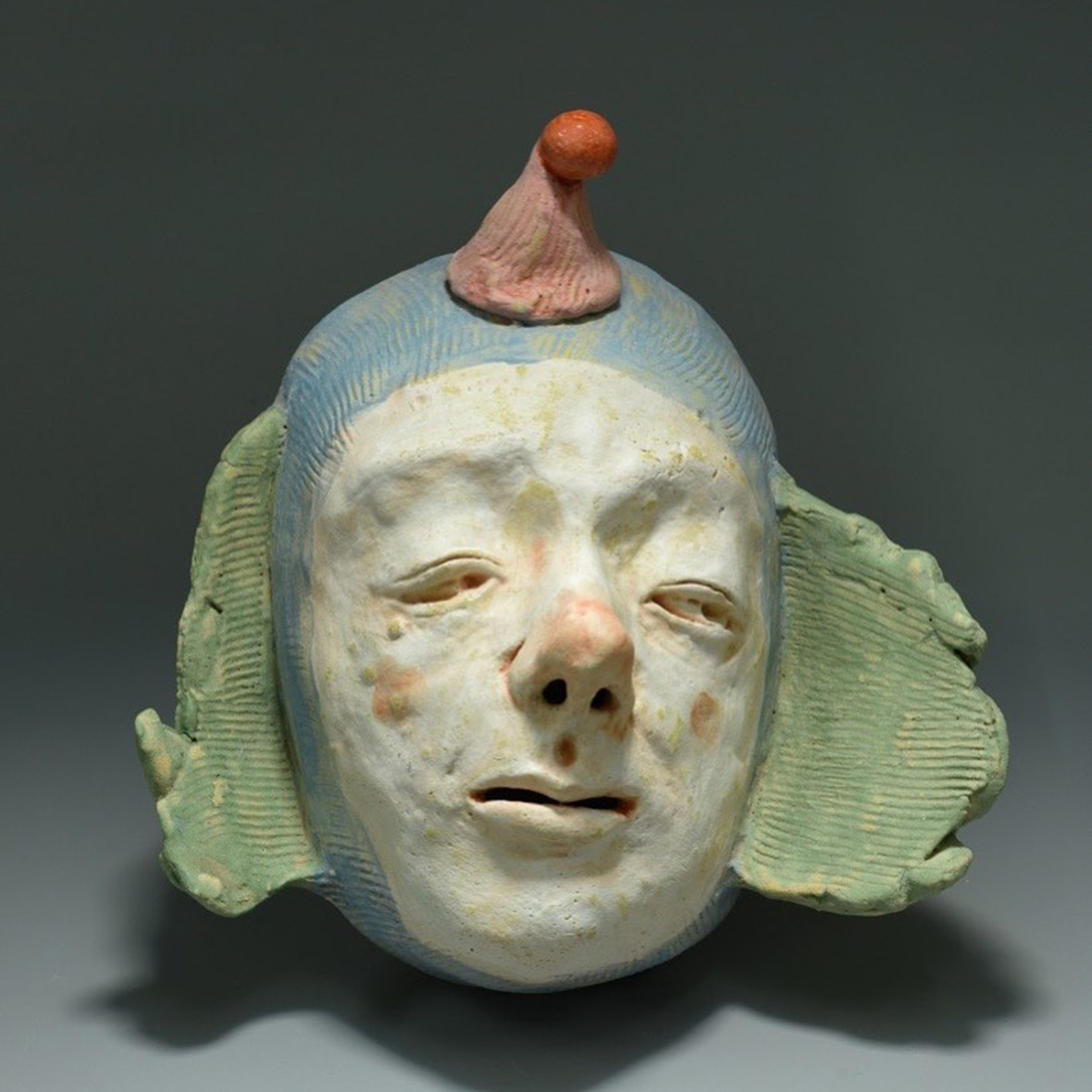 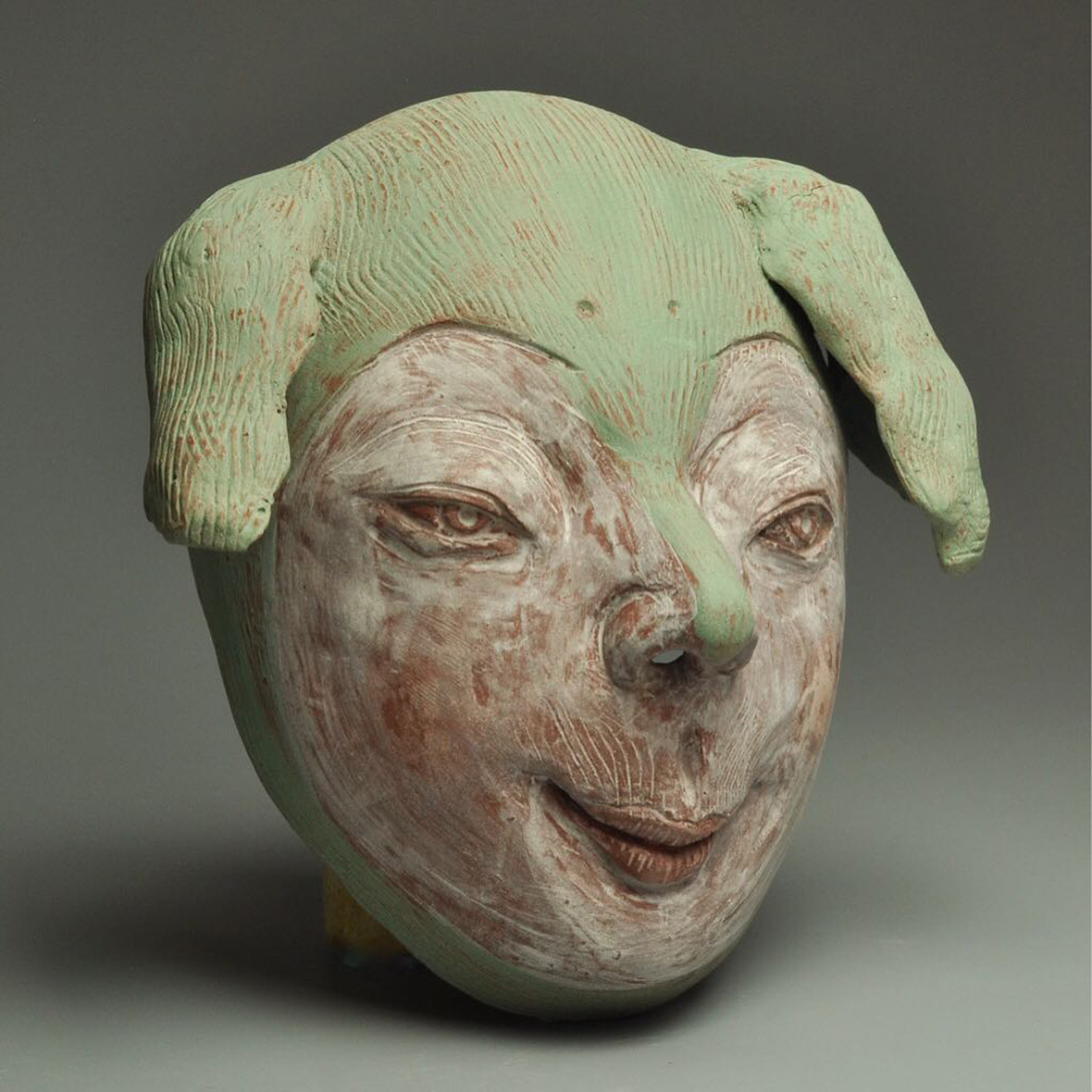 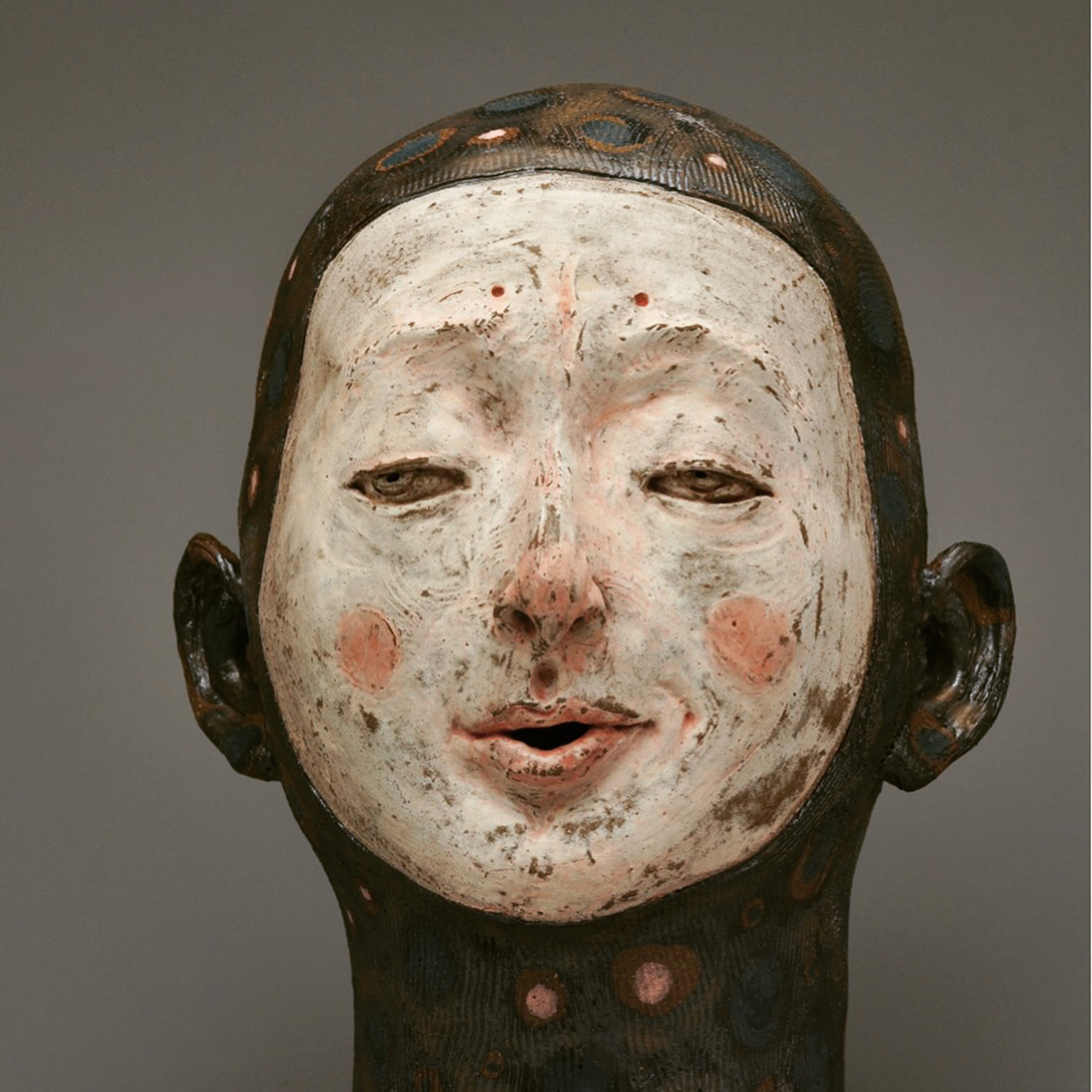 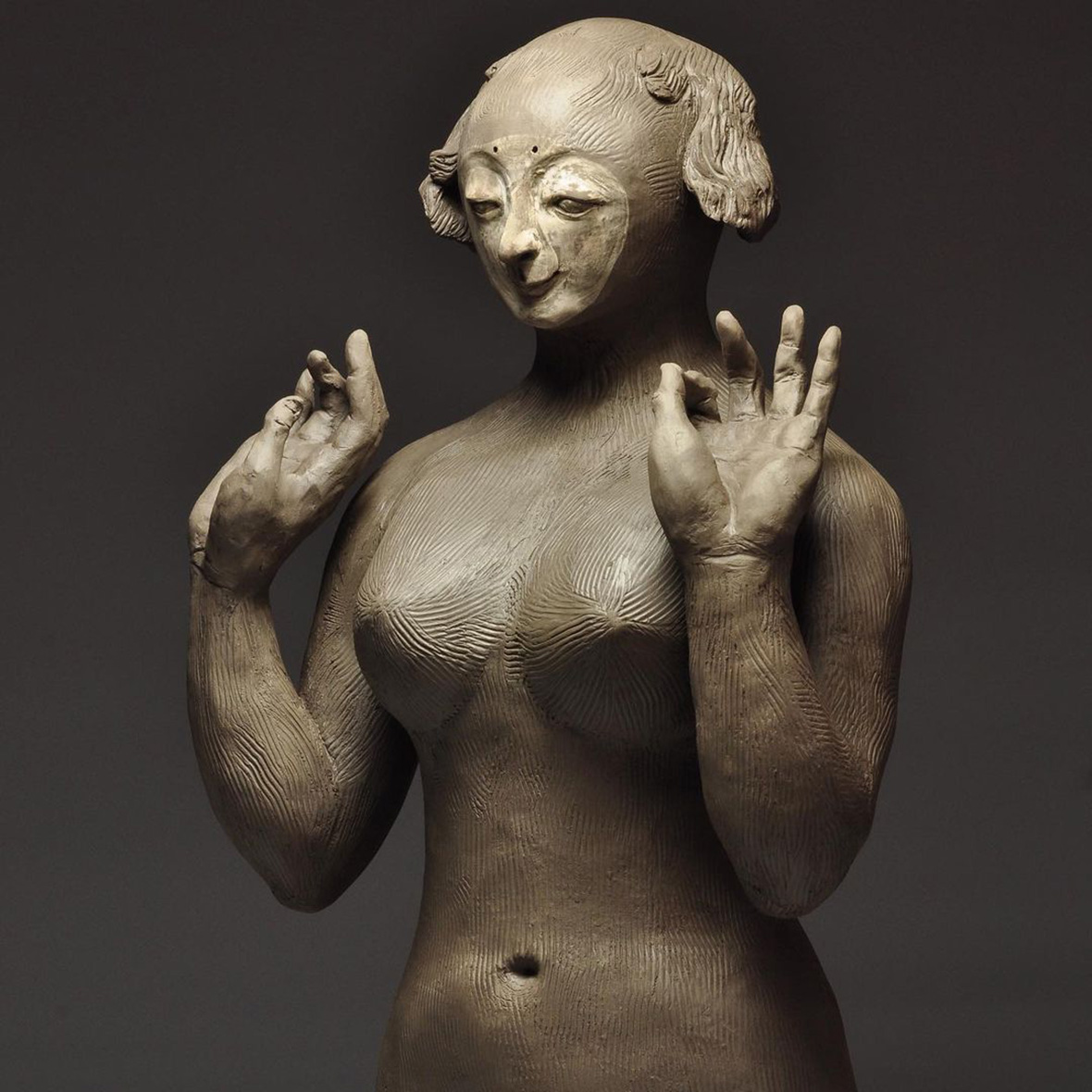 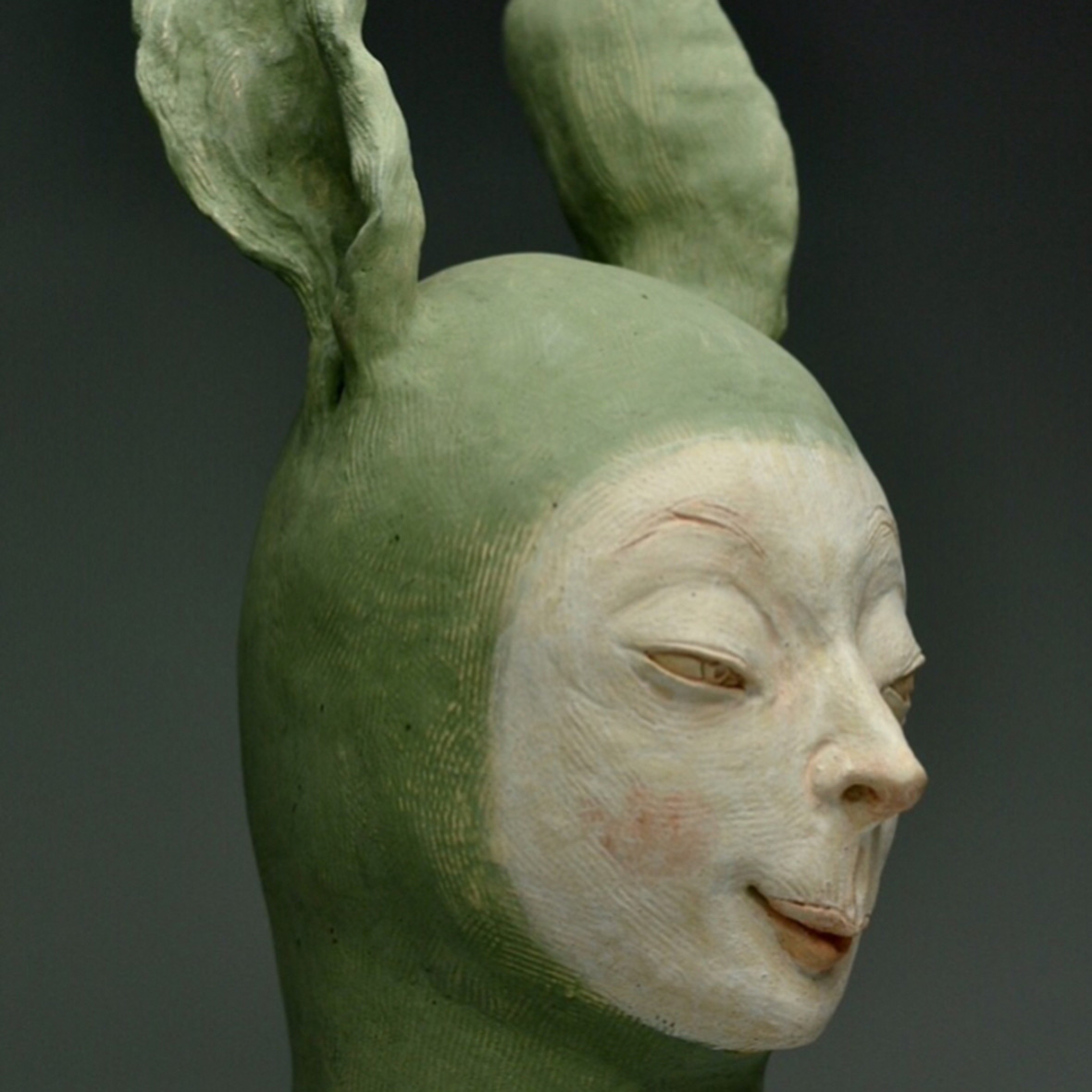 Chao’s clown-faced humanoids also have an uncanny resemblance to animals at times, often appearing with horns, snouts, or the ears of various wildlife. These features are also meditations on human behavior. “I grew up in the countryside, and my father was a farmer, so animals were a big part of my childhood,” he explains. “Moving to the city as an adult, I noticed that urbanites sometimes don’t even feel as ‘human’ as animals. These works examine whether humans have a tendency to conduct themselves like animals or whether animals have a tendency to conduct themselves like humans.” 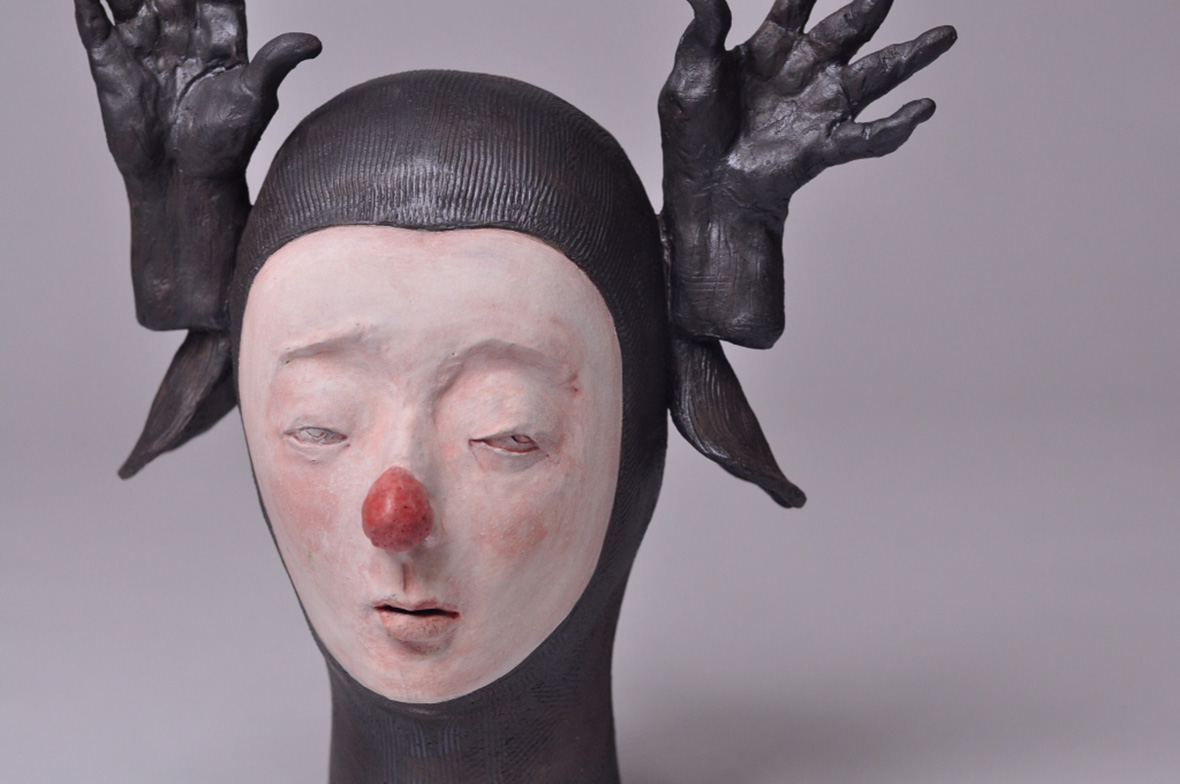 Aside from the clown faces and animal features, another recurring motif of Chao’s work is the presence of human hands. In one sculpture, an otherwise realistic hand traverses into the realm of the fantastical as five faces surface from atop the fingerprints—each digit appears to be engaged in a heated conversation, with the middle finger looking dumbfounded as the rest get their say in.

In No War Please!, Chao created a red-nosed figure with a pair of human hands acting as its horns; they’re held up in surrender as if being held at gunpoint. Beneath, the character looks terrified. In other pieces, lone human hands convey similar despair. Some reach up towards something unseen, almost as if they belonged to a drowning victim desperate for a gasp of breath.

Even without other contextual cues, Chao’s disembodied hands are incredibly expressive, conveying emotions that can be understood universally. “Hands are one of my favorite subjects; I even consider them a second face of sorts,” he says. “They’re complicated but delicate and have the ability to capture emotion—it’s perhaps even more expressive than speech.” 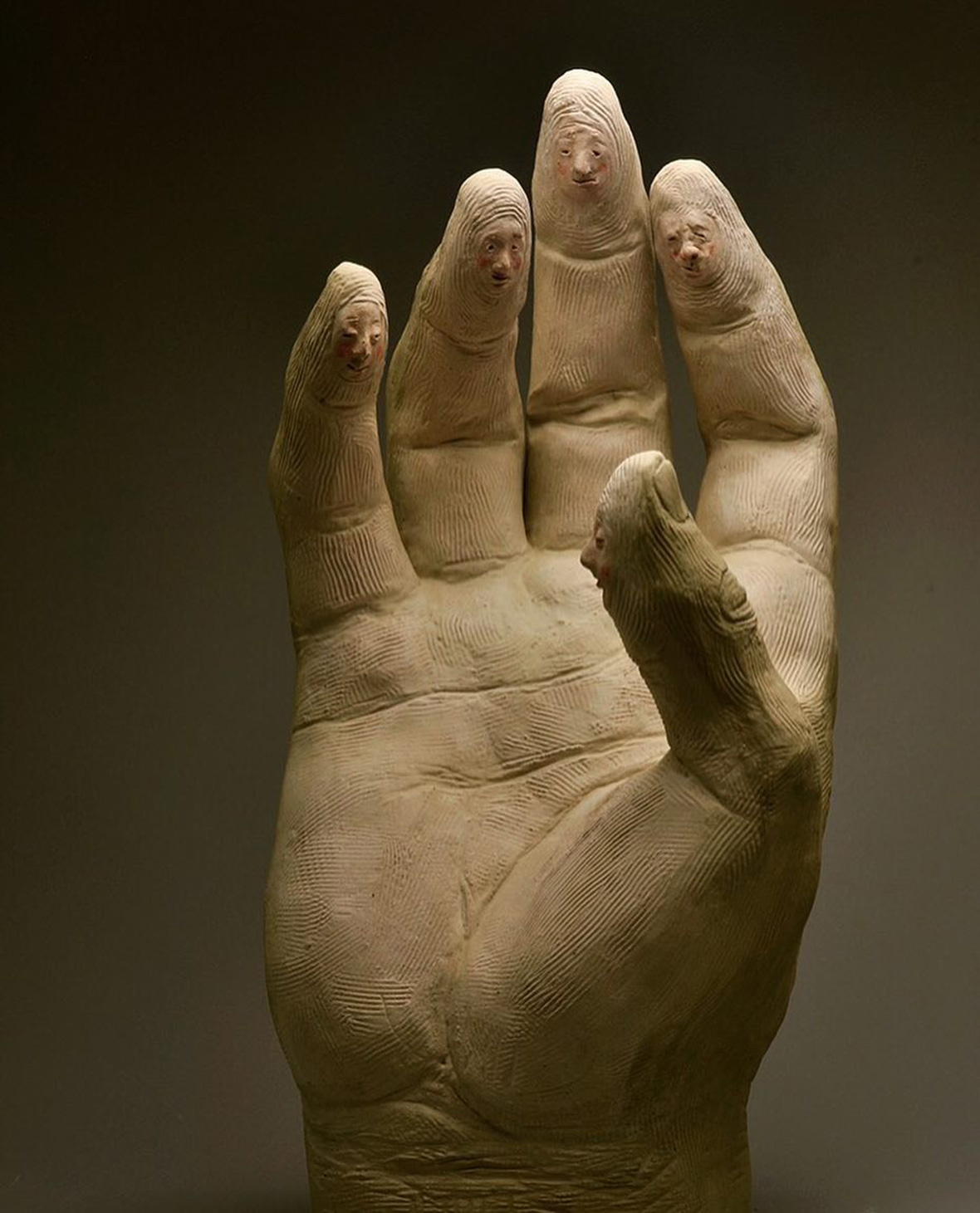 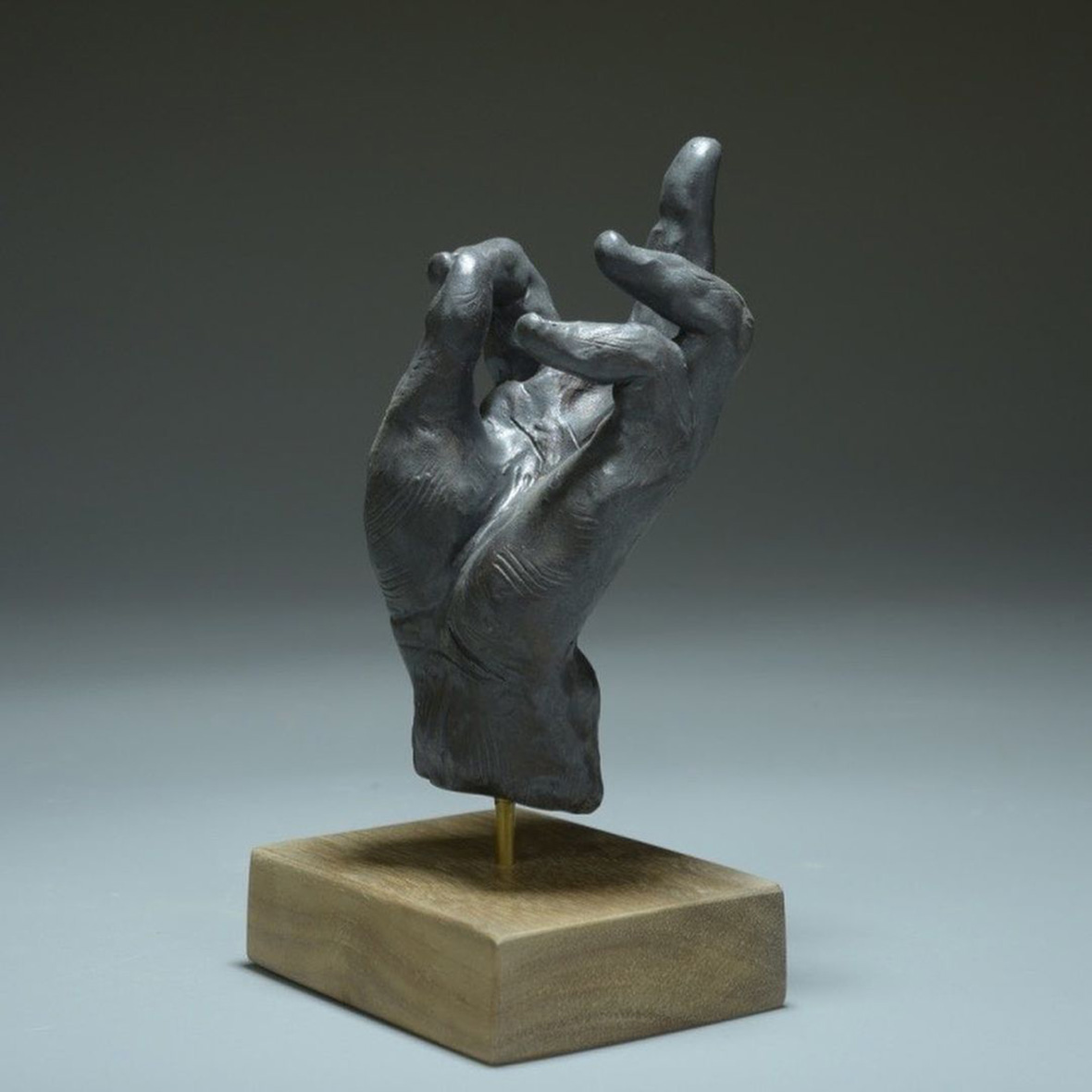 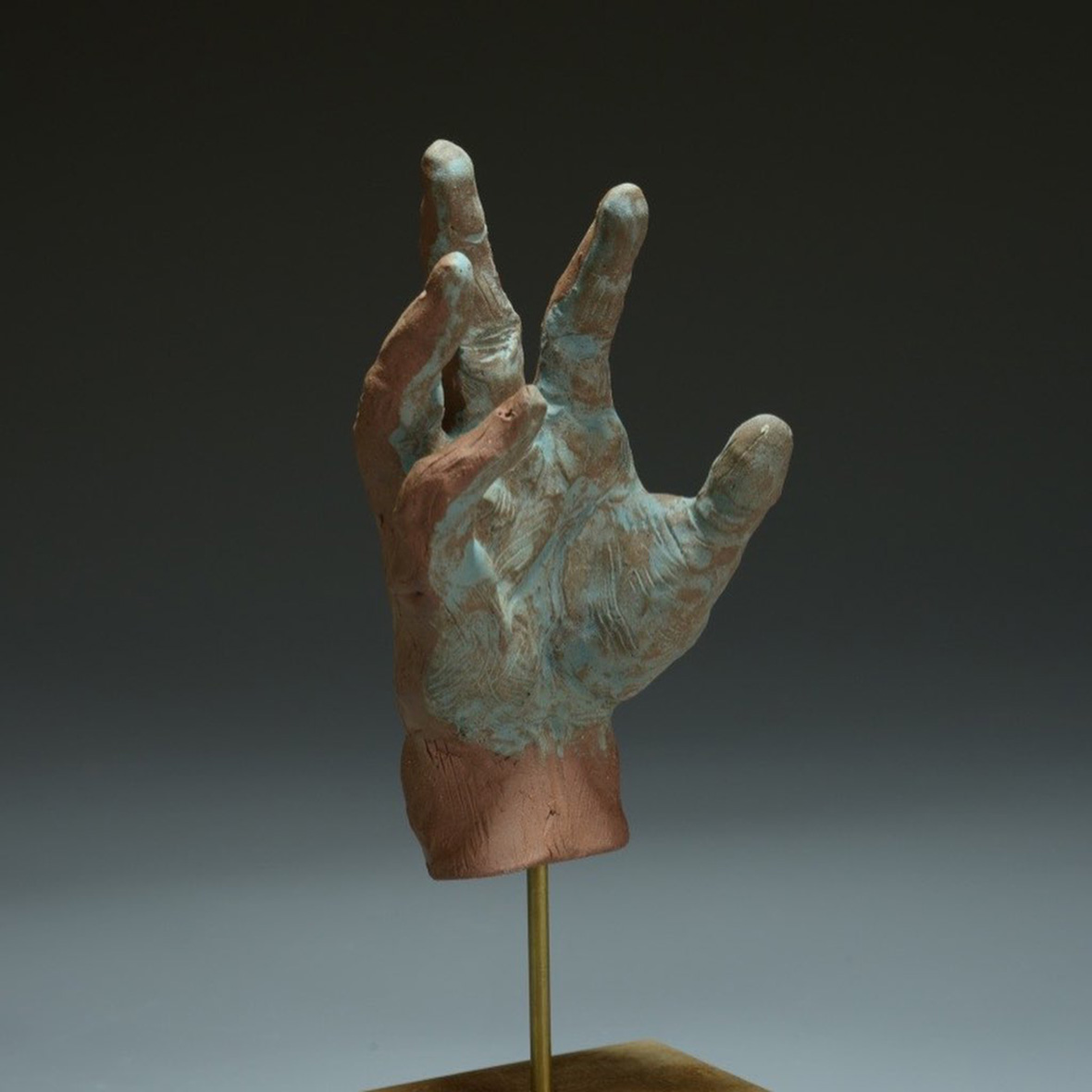 Whether it be through gesticulation or demeanors, Chao has a clear talent for sculpting realistic emotions. He chalks it up to a willingness to stay in touch with his inner self, which has taught him the importance of seeing through a lens of compassion and empathy. “When I create, I tap into my turbulent emotions, study them, and then through clay, I give them a tangible form; it’s cathartic in a way,” he says. “Everyone experiences negative emotions, but it’s crucial to face them. I consider myself as an optimist who isn’t afraid of confronting cynicism.”