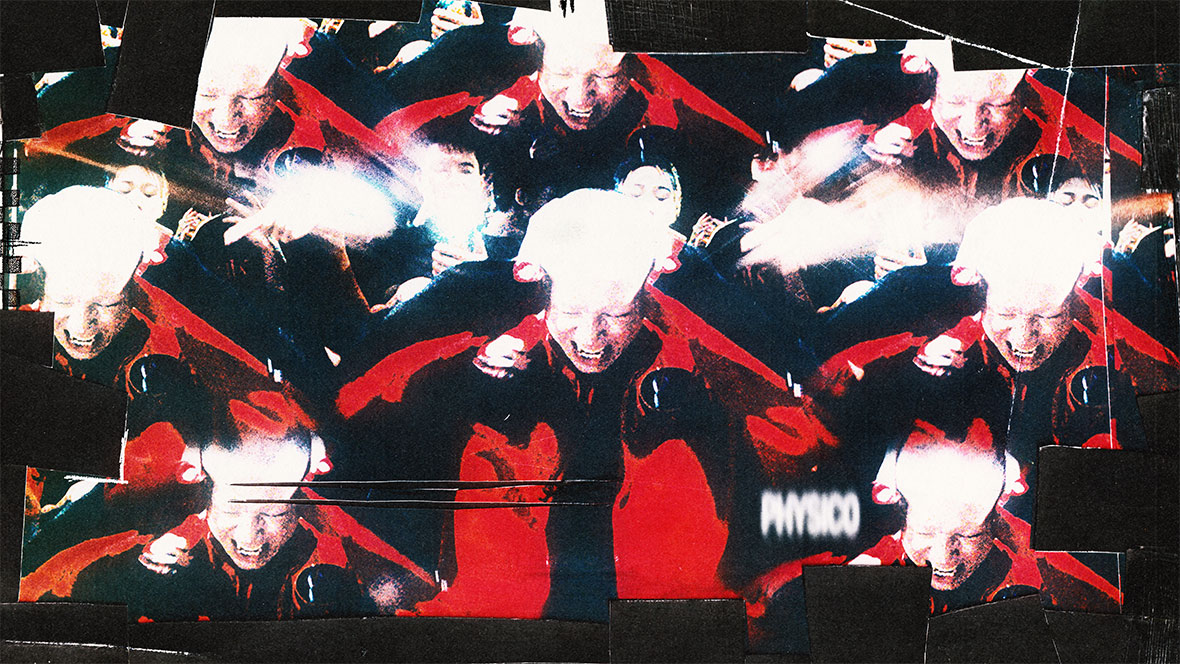 Tran Hien drops his bags on the ground and gets right to work on a big creative campaign. Days before, the 23-year-old designer had graduated college and moved out of his family’s home in Saigon to go to Hanoi and work with the Antiantiart collective. Although he graduated from one of the top schools in Vietnam, he was studying chemical and food engineering, not design. In fact, he’s only been creating graphic design for a year, having taught himself during the pandemic on the side while he studied. And now, here he is, working with one of Vietnam’s top creative teams, leaving engineering behind him for an entirely new path in life. 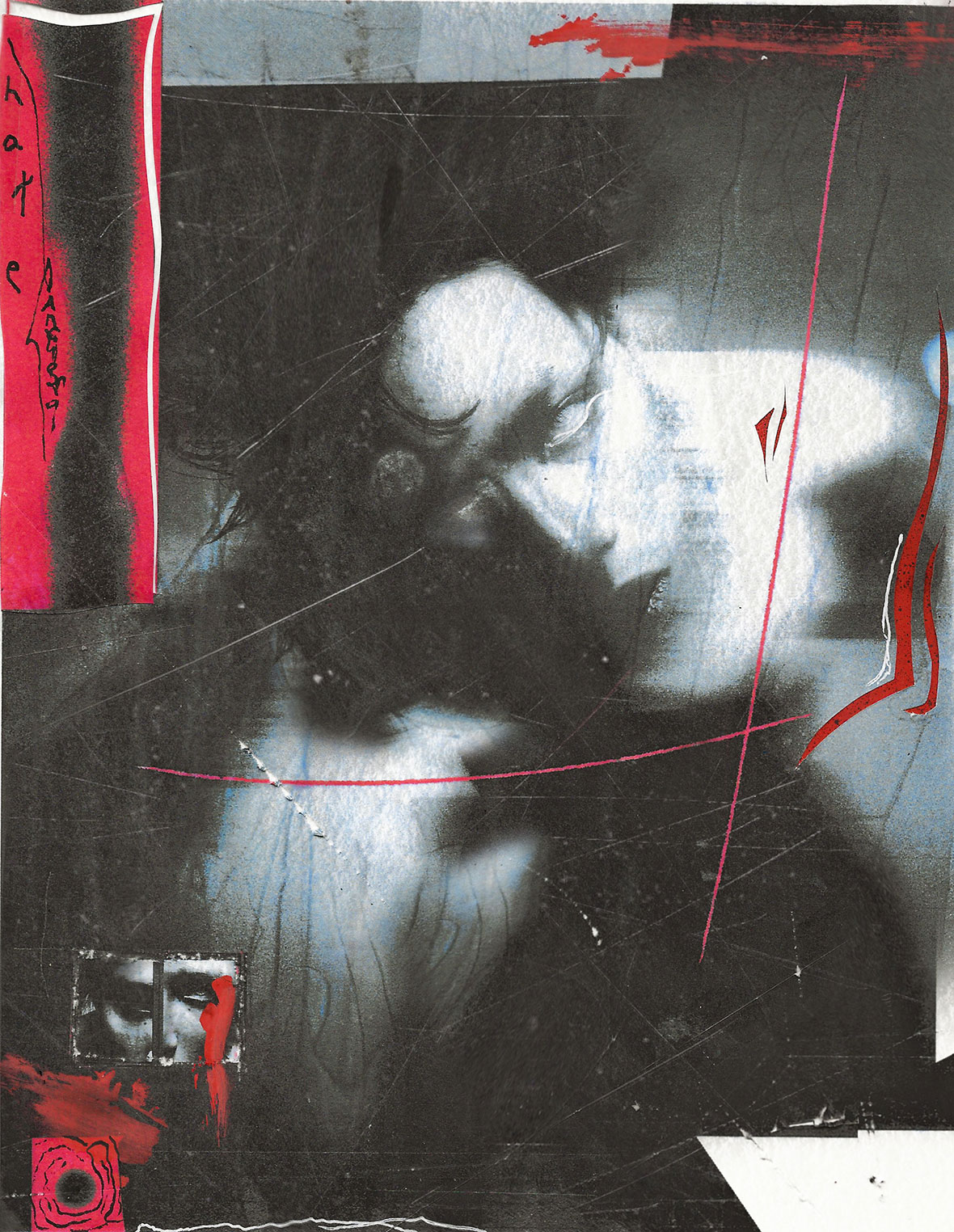 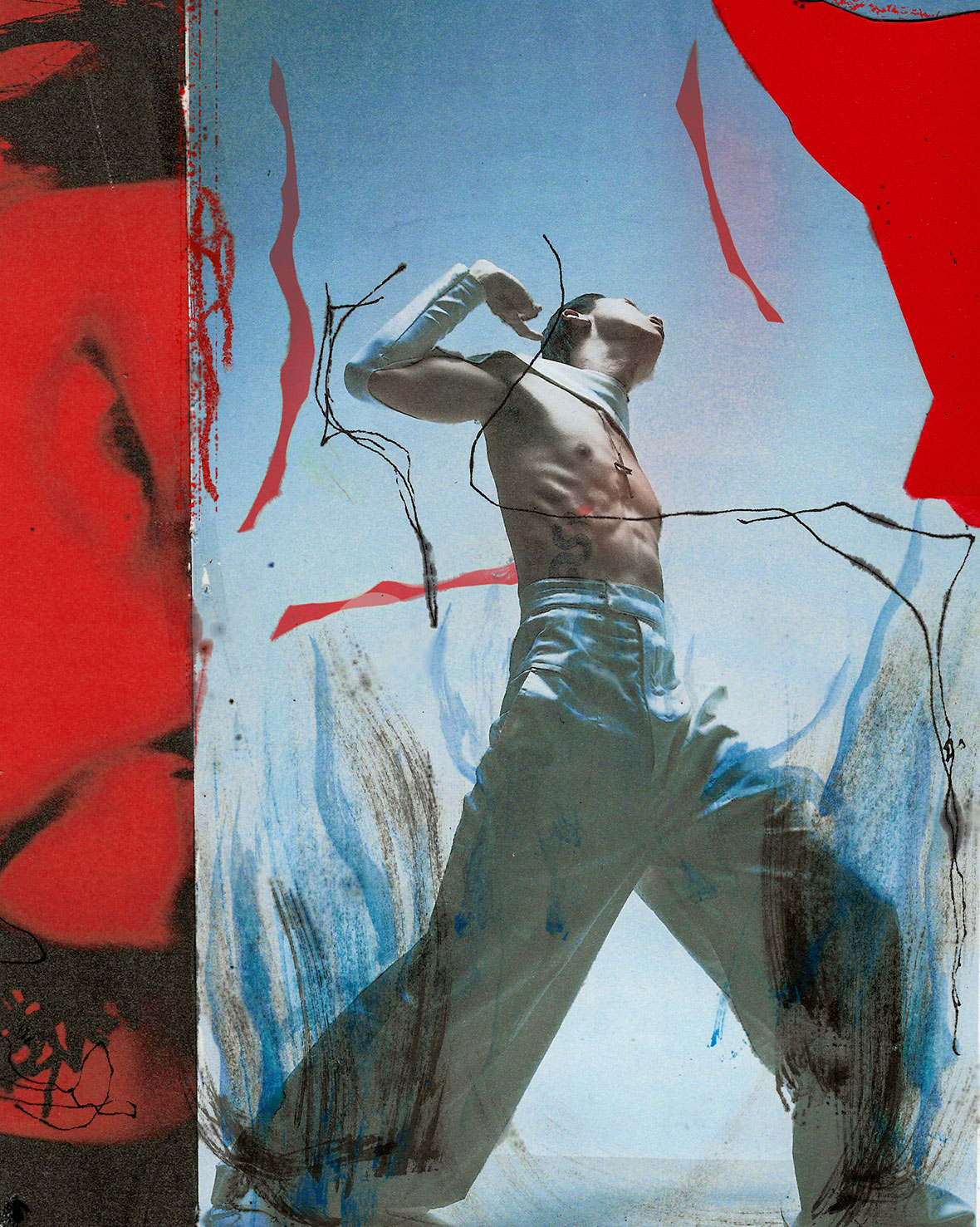 When in-person classes were canceled last year and Hien was doing most of his school work online, he decided to try out design since he was online all day anyway and bored with engineering. “I didn’t know what I wanted to do exactly, but I knew I wanted to create something beautiful; something cool and crazy,” he says.

He got into design through a vlogging hobby. To make his uploads more appealing, he needed better looking thumbnails. After learning the design basics to create them, he stuck with design and moved on from vlogs. About half a year ago he started to combine analog techniques to his work with some advice from other artists online who would trade techniques with him. These designs caught the attention of Antiantiart founder Phương Vũ, who reached out to him and asked for help on a lookbook for their Nirvana streetwear brand. Once Hien graduated, he was brought on full-time. 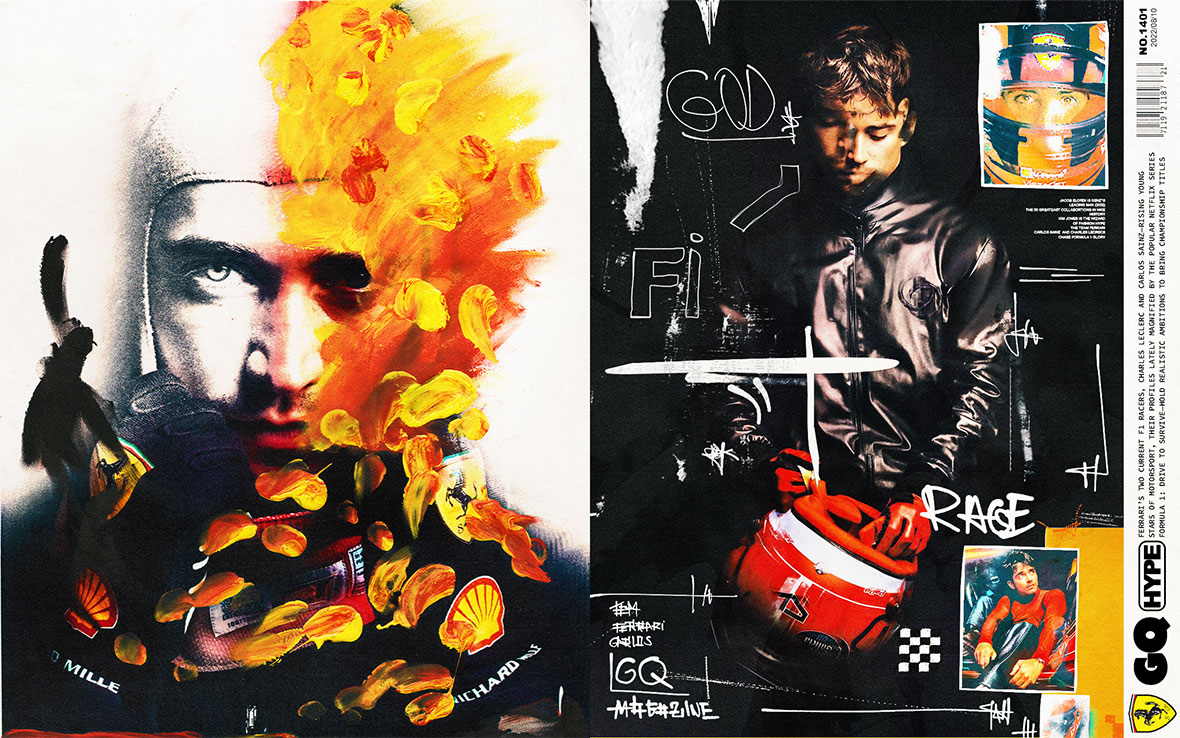 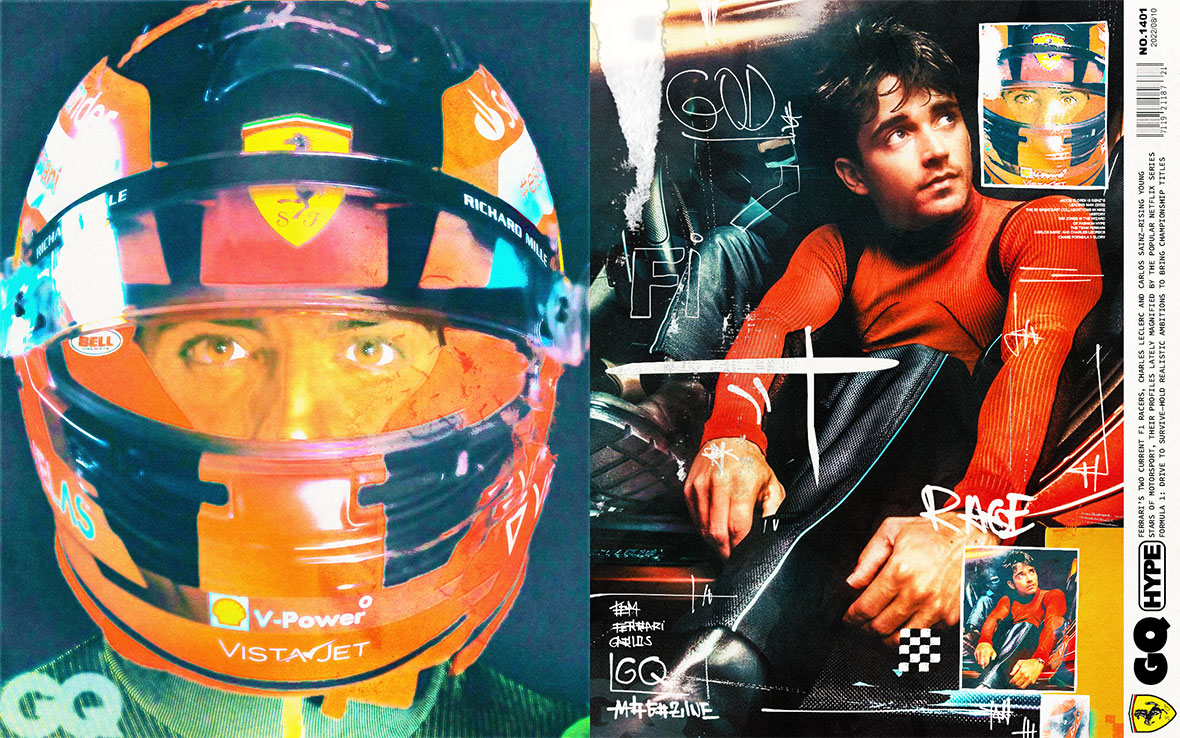 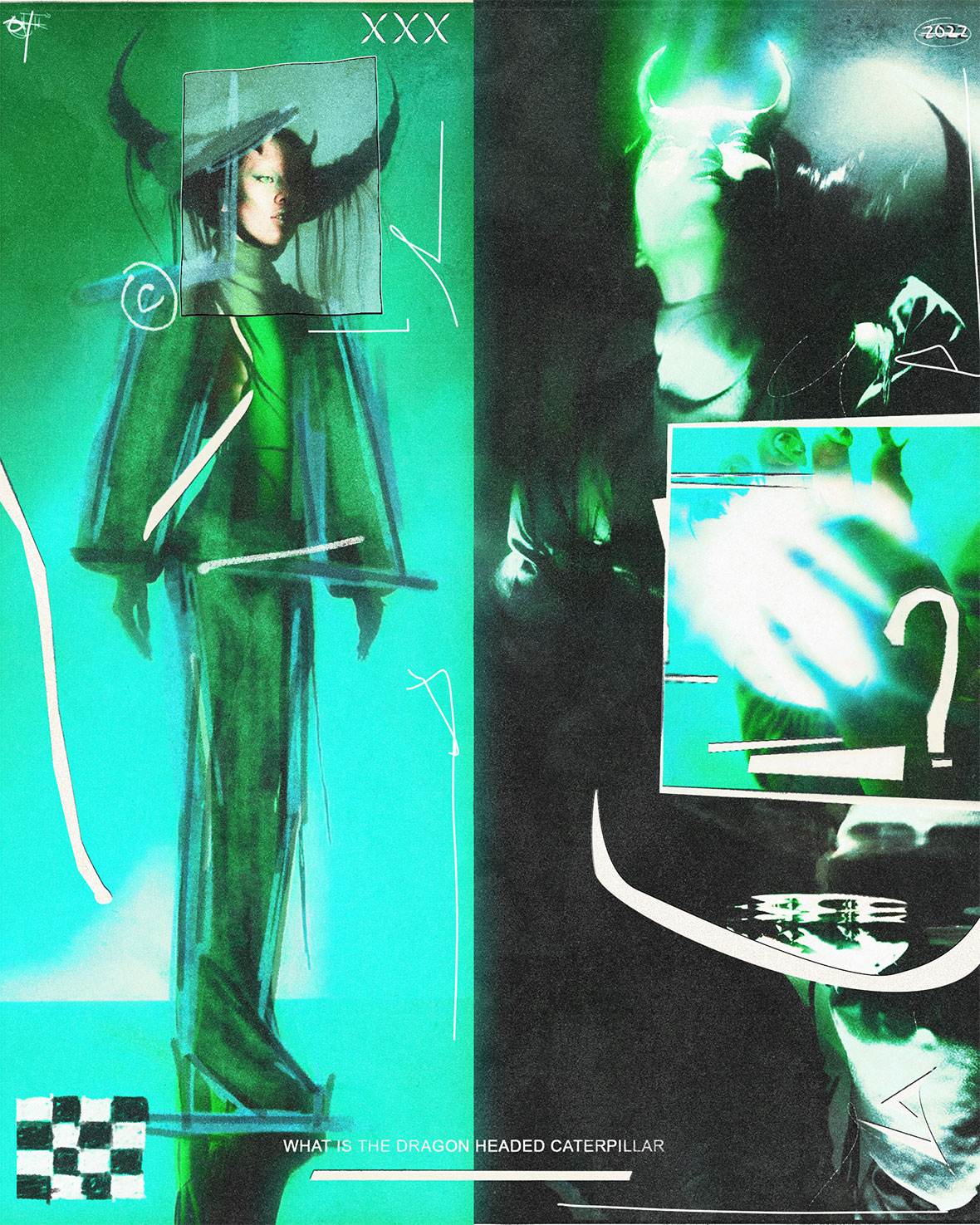 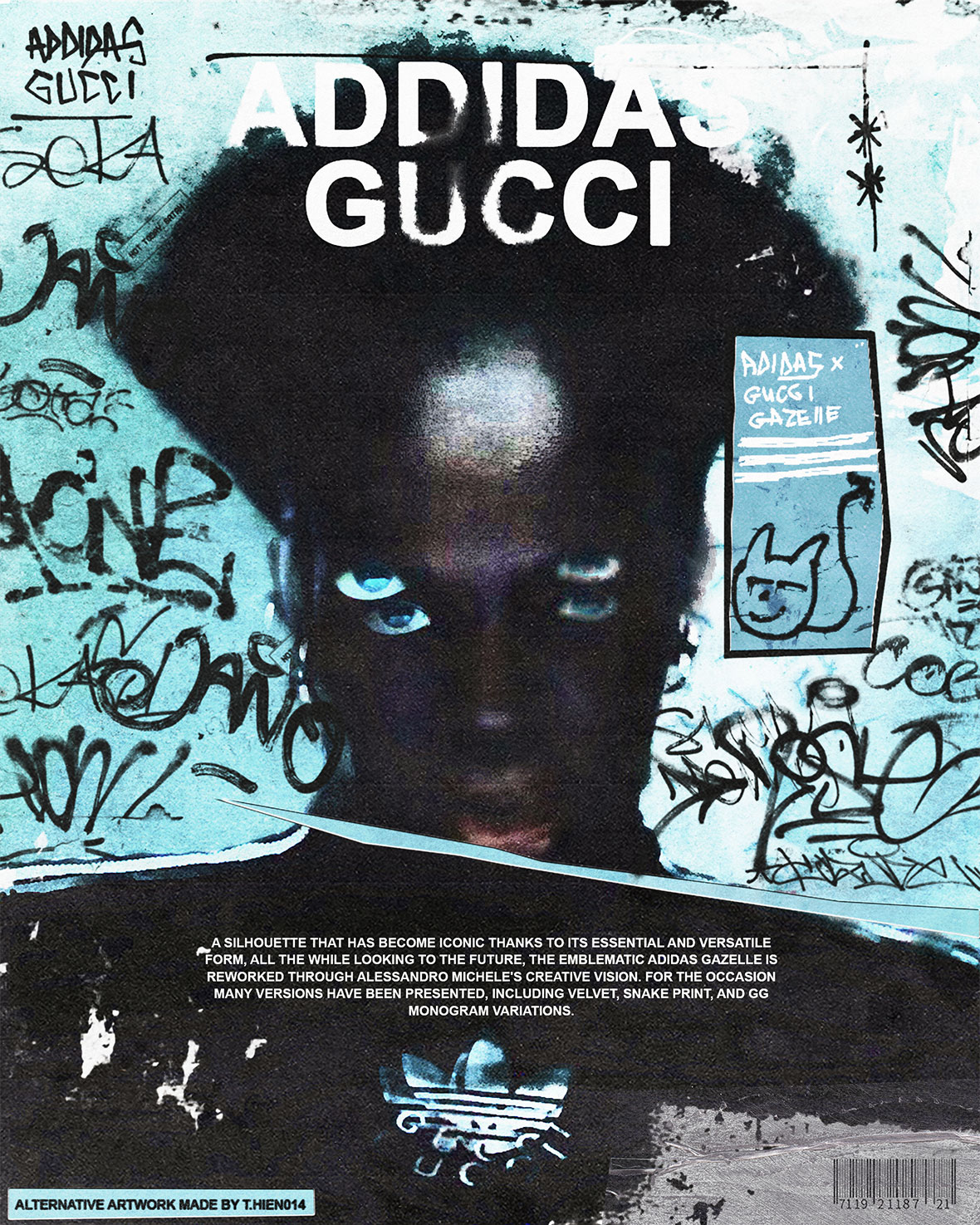 His learning curve had always been steep, and he challenged himself to learn a new technique every day, usually through YouTube tutorials, because he knew that he had to make up for the lost time to compete with the other Viet designers with years of experience ahead of him. Now, there’s even more to learn. In the office, situated above the new Nirvana shop, he works alongside six other designers, but he’s never worked on a team before. So he’s learning workflow while simultaneously learning animation and 3D design—all while producing new work with the team. 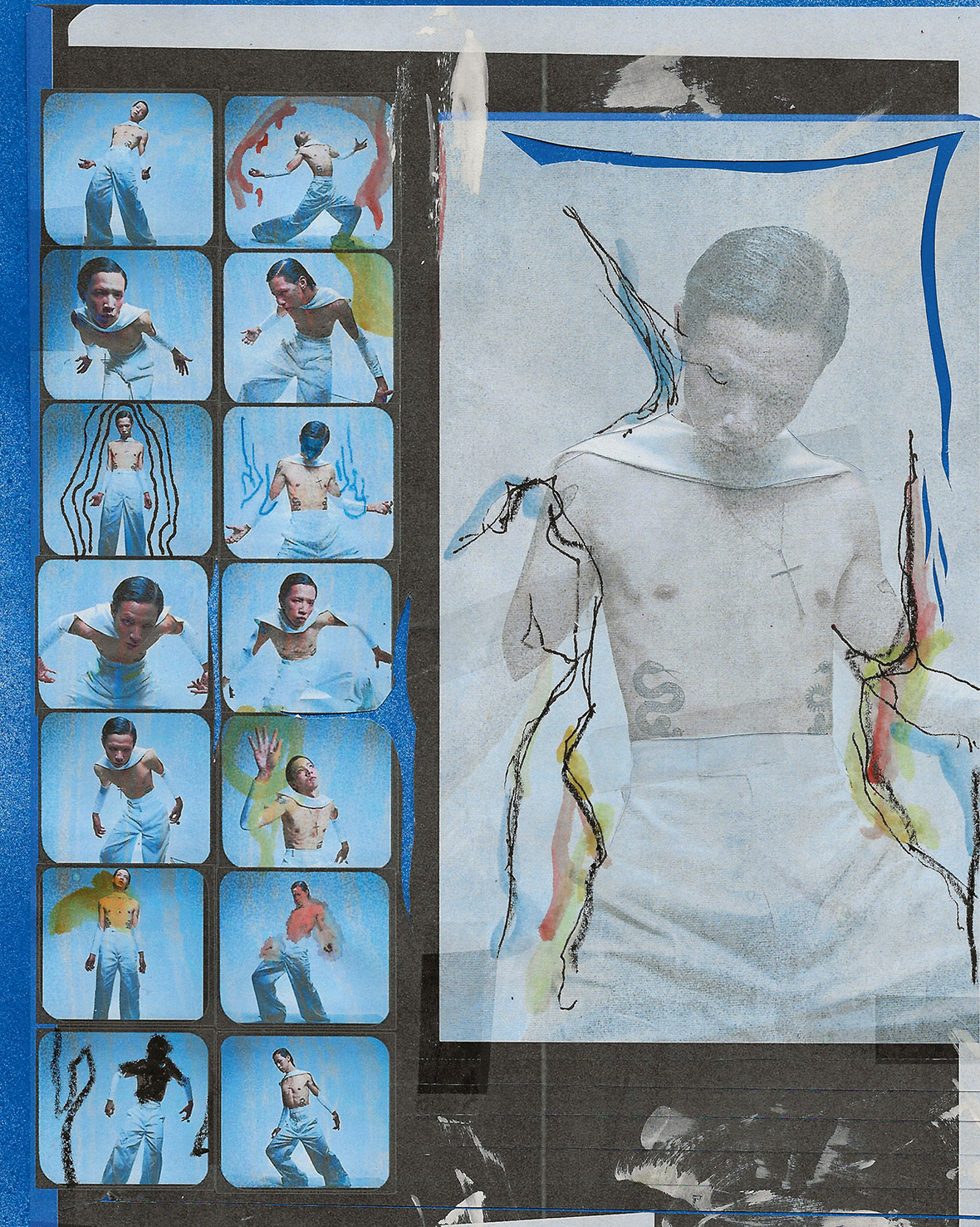 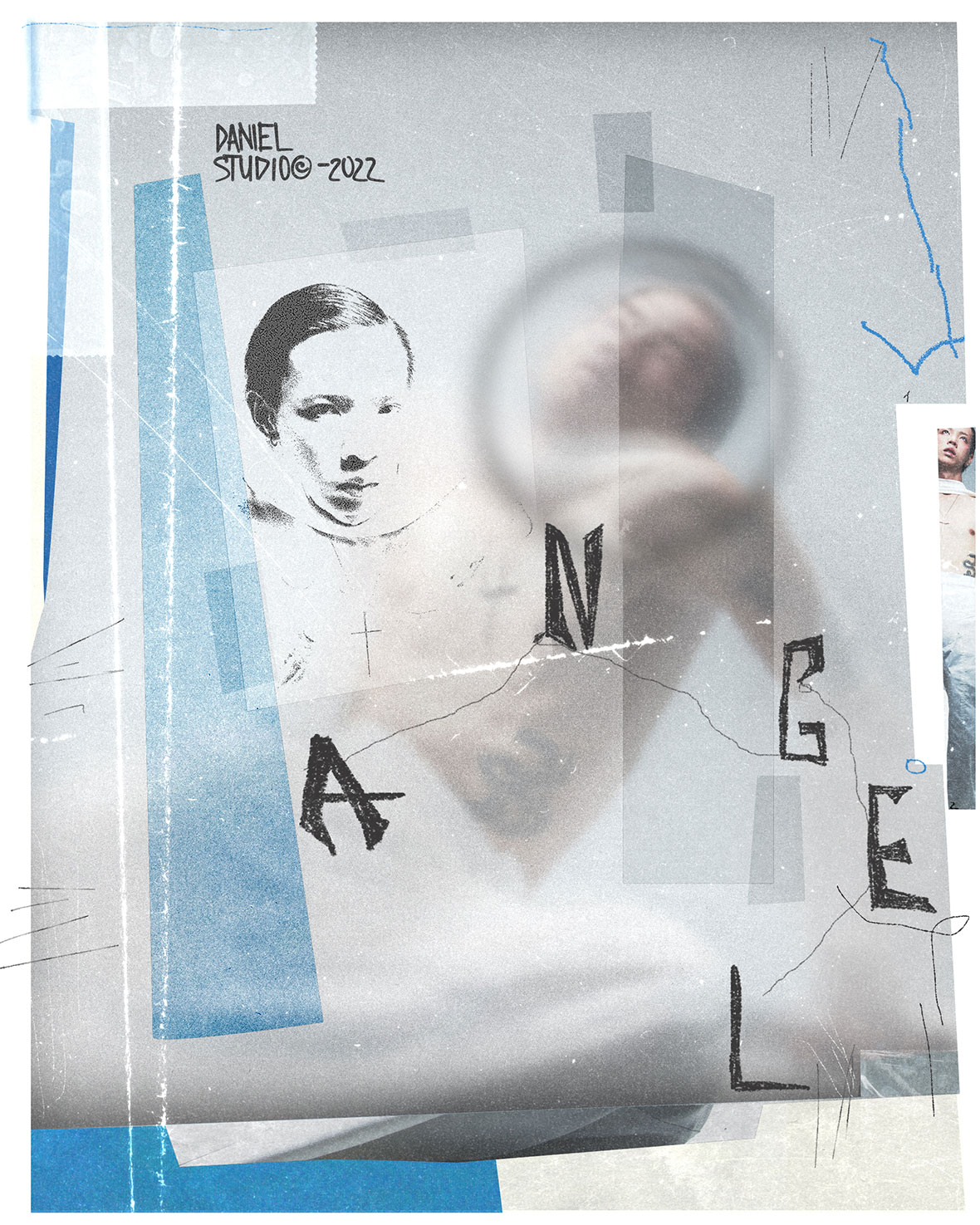 Hien’s aesthetic is punk rock, full of ripped edges, stains and rough textures. The colors he uses are vibrant but restrained, limited to just a couple per piece so that they jump out of the frame, and they often bleed together in interesting and unique ways. “I print out the digital images and add texture with water or chemicals like acetone, and I cut and paste it to show layers,” he says, adding that his mixed-media style is a little over half digital. “You have to combine a lot of stuff to make it interesting.” 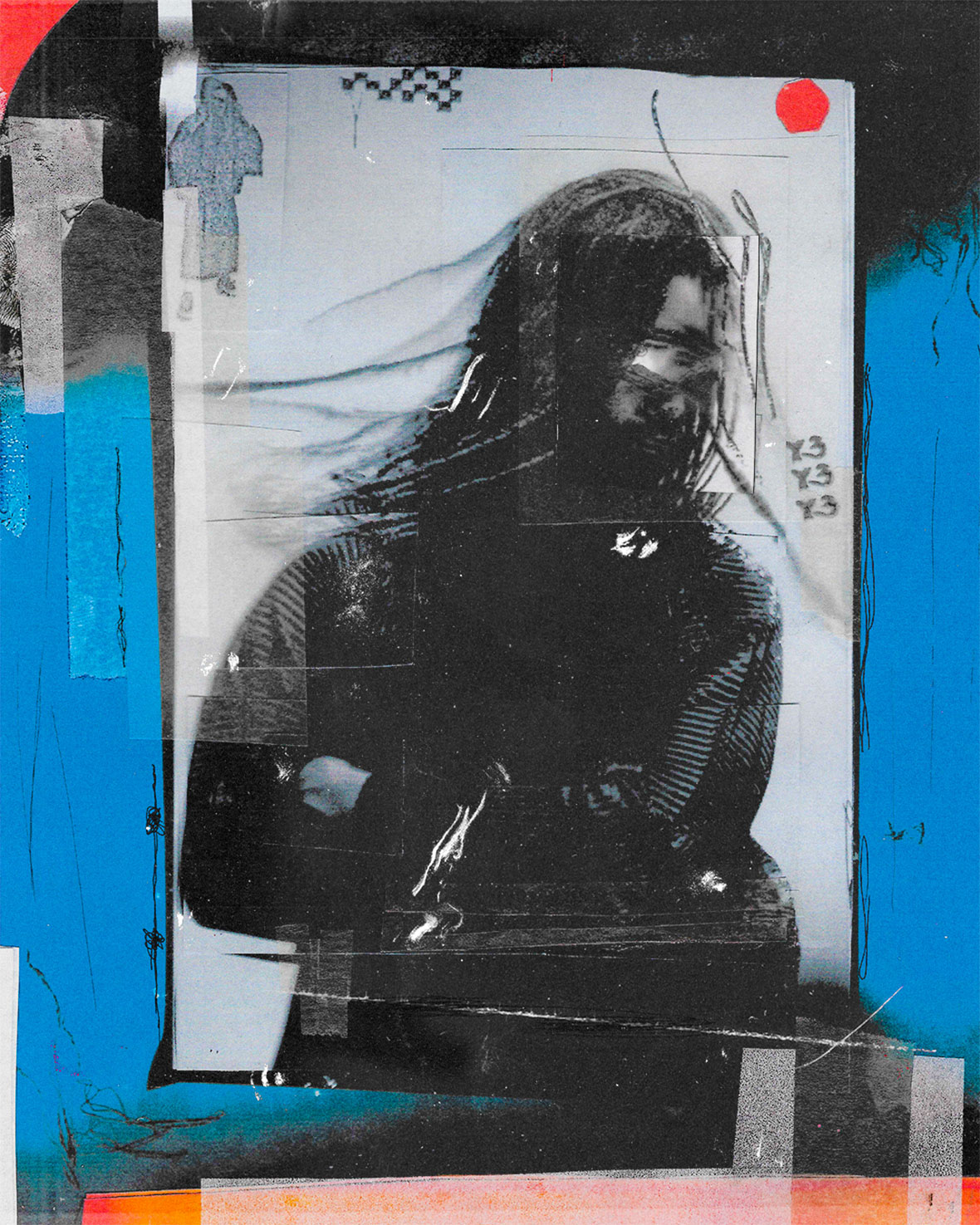 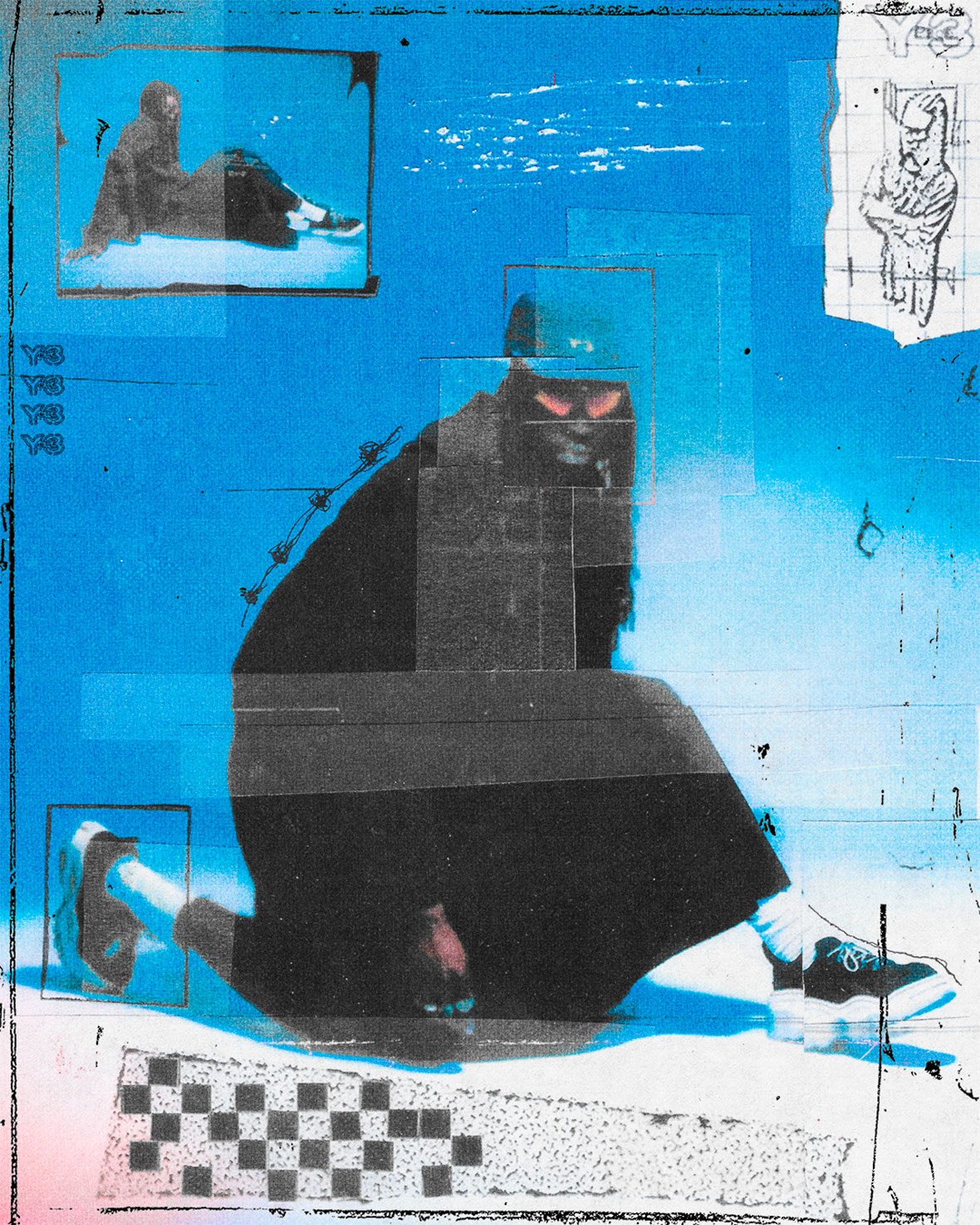 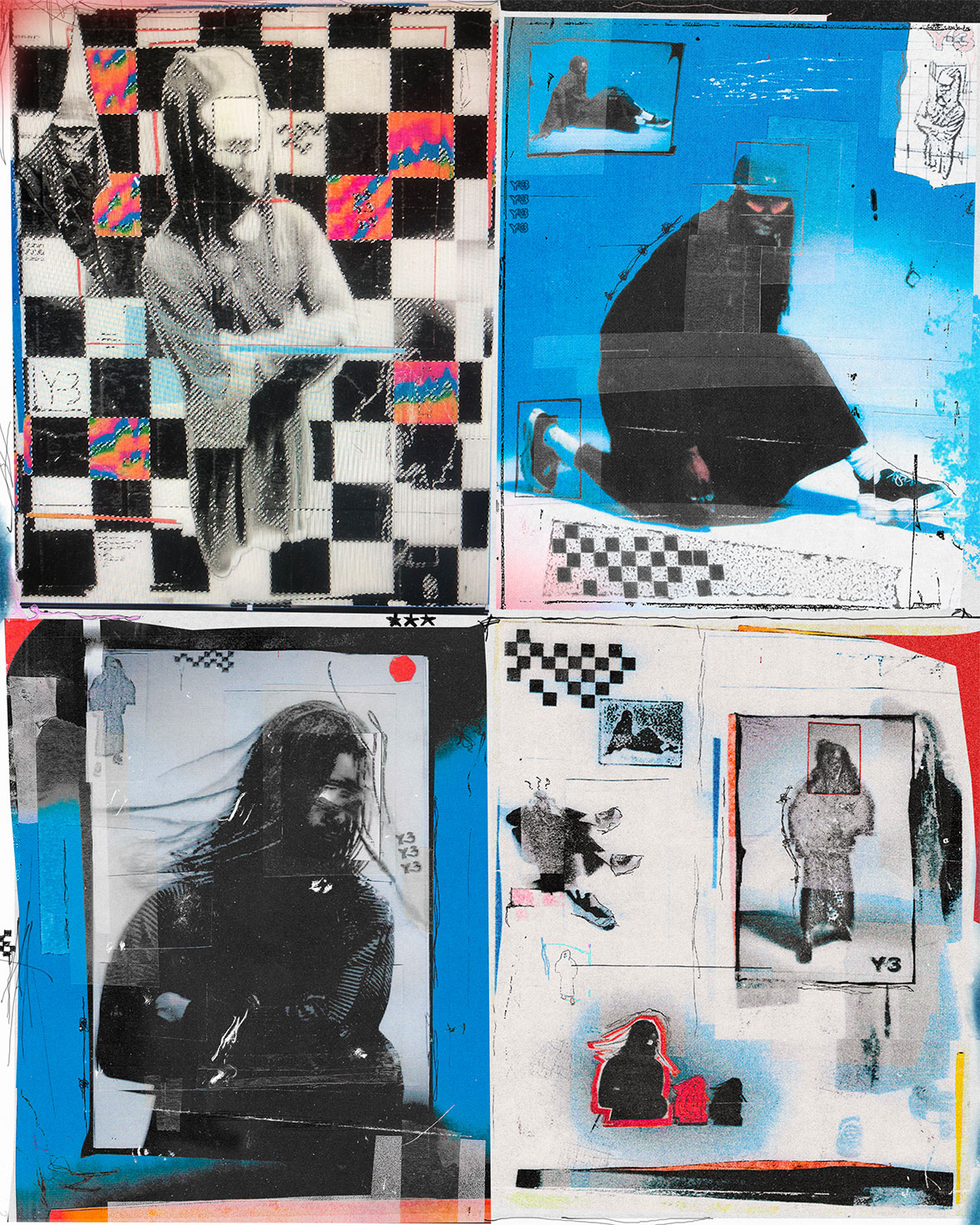 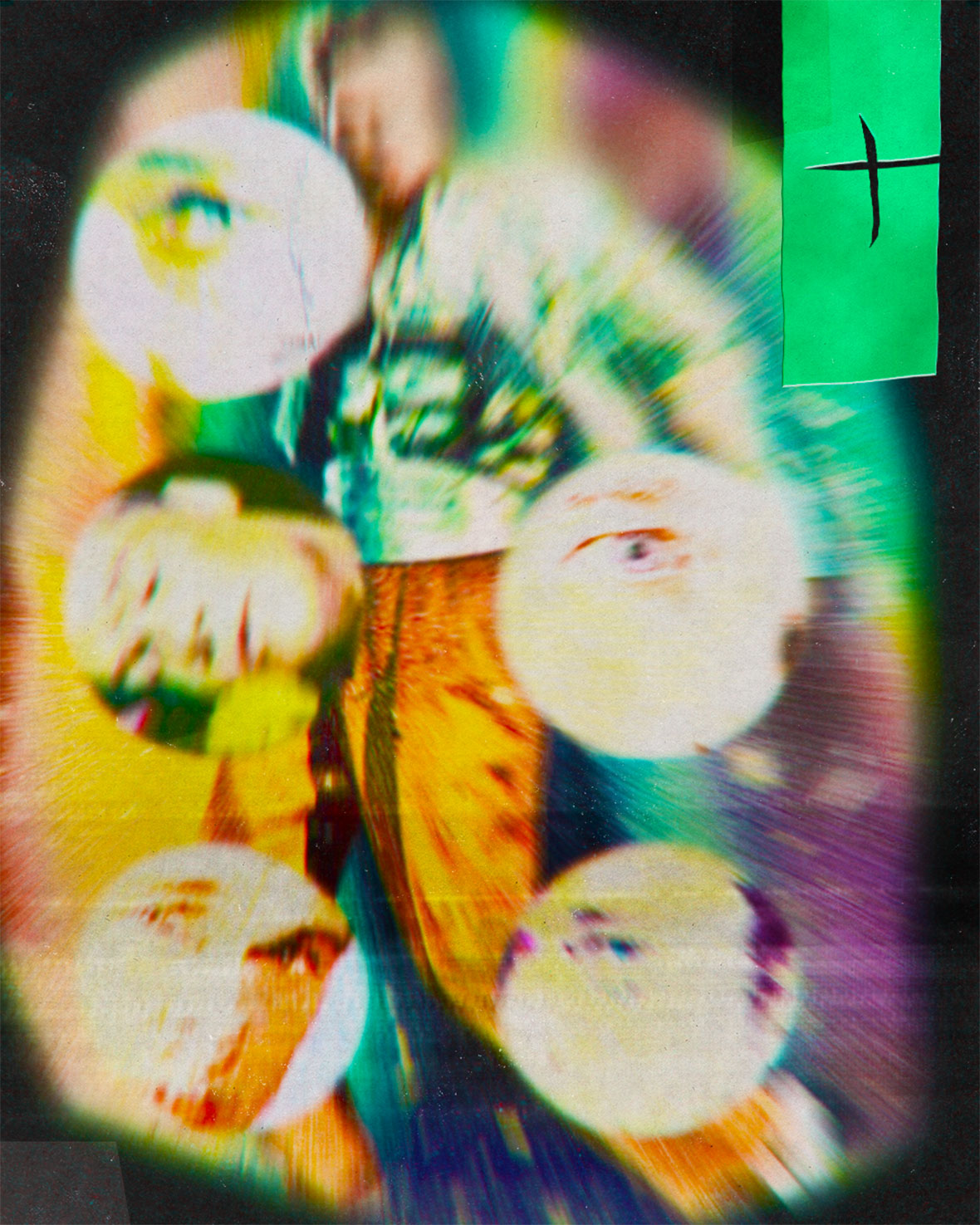 For Antiantiart’s latest campaign, Hien took his graphic style and animated it with a stop-motion technique. He created about 200 frames so that the images would move, vibrate, and bounce across the screen in combination with all the other elements that the team created. It equaled about 20 frames per second, while he was used to creating just a few or even one image at a time when working on his own projects previously. The sheer amount of work he’s had to produce is a very new experience. “It’s a lot of pressure. I have to update my skills on a daily basis because of all the different projects,” he says. “But the team helps me a lot, and they offer really useful advice. I watch them work and combine what I see with my own flow and style.”