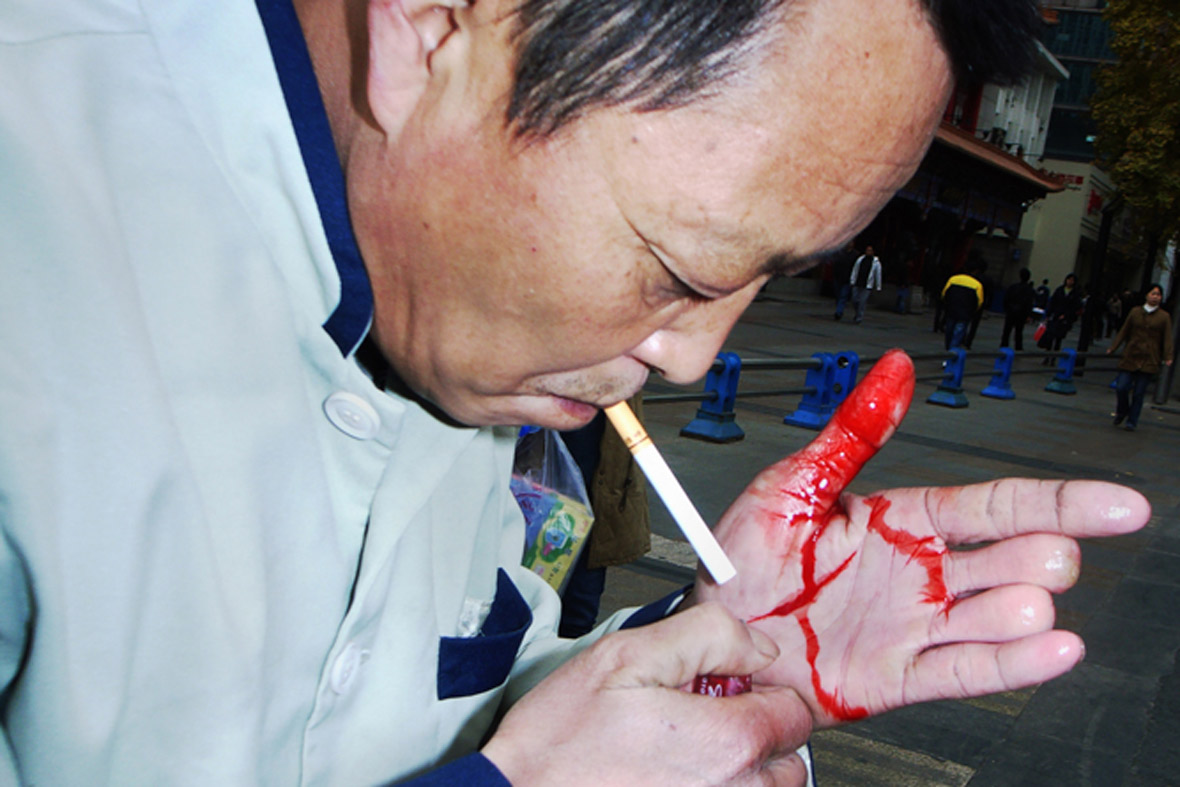 Chengdu-based photographer Feng Li has worked on a single project, White Night, for over a decade now. The series, quirky and surreal, is a visceral exploration of the odd moments between and behind those we most often pay attention to. With no plans to stop or start on another, he says the series will only come to an end if he loses interest in taking pictures altogether.

Though in his early days he experimented with black-and-white and film photography, he now works primarily with a Sony digital camera and a mounted flash. Capturing everything in flash is a purposeful decision, often making it difficult to distinguish the time of day, a hallmark of the series. 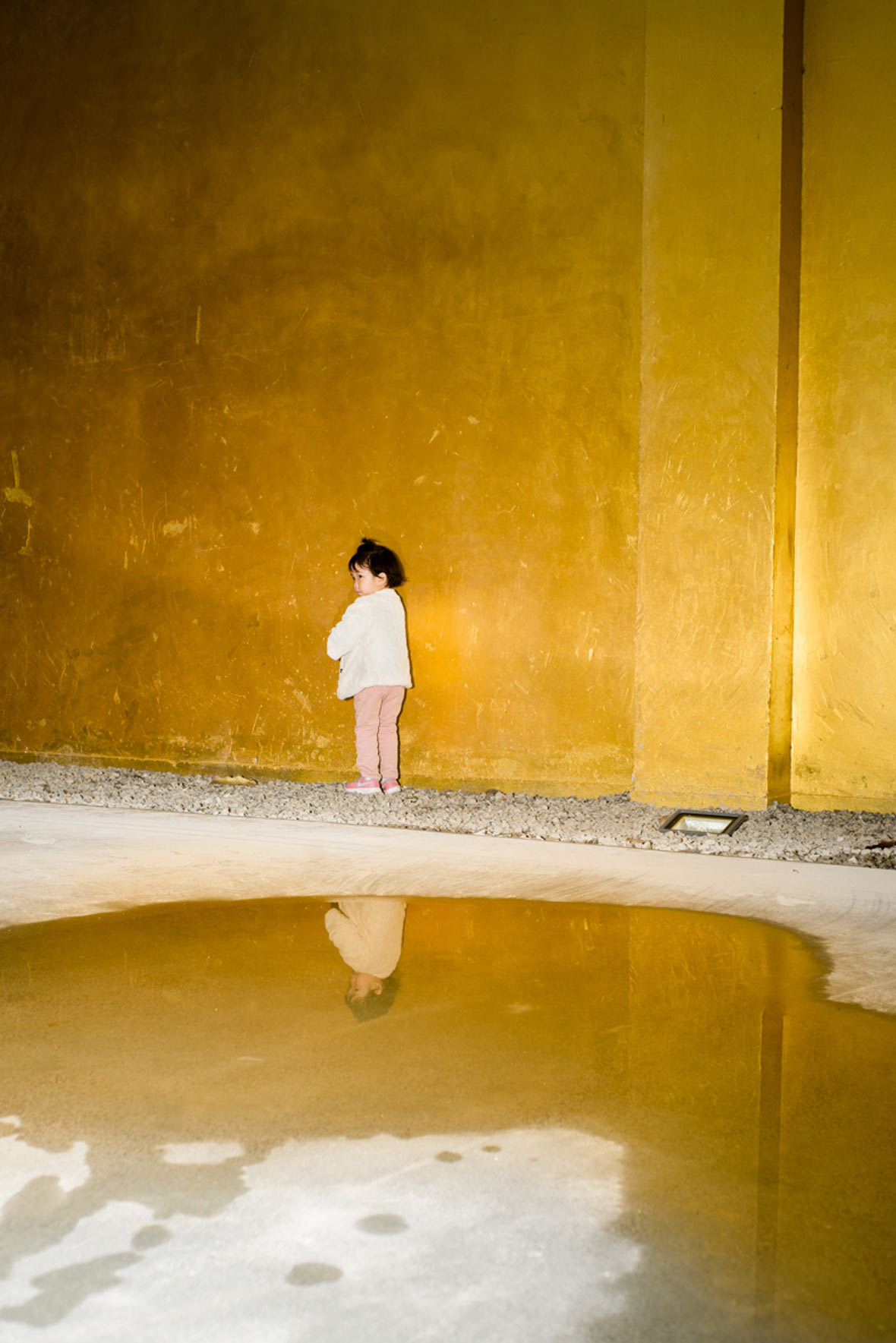 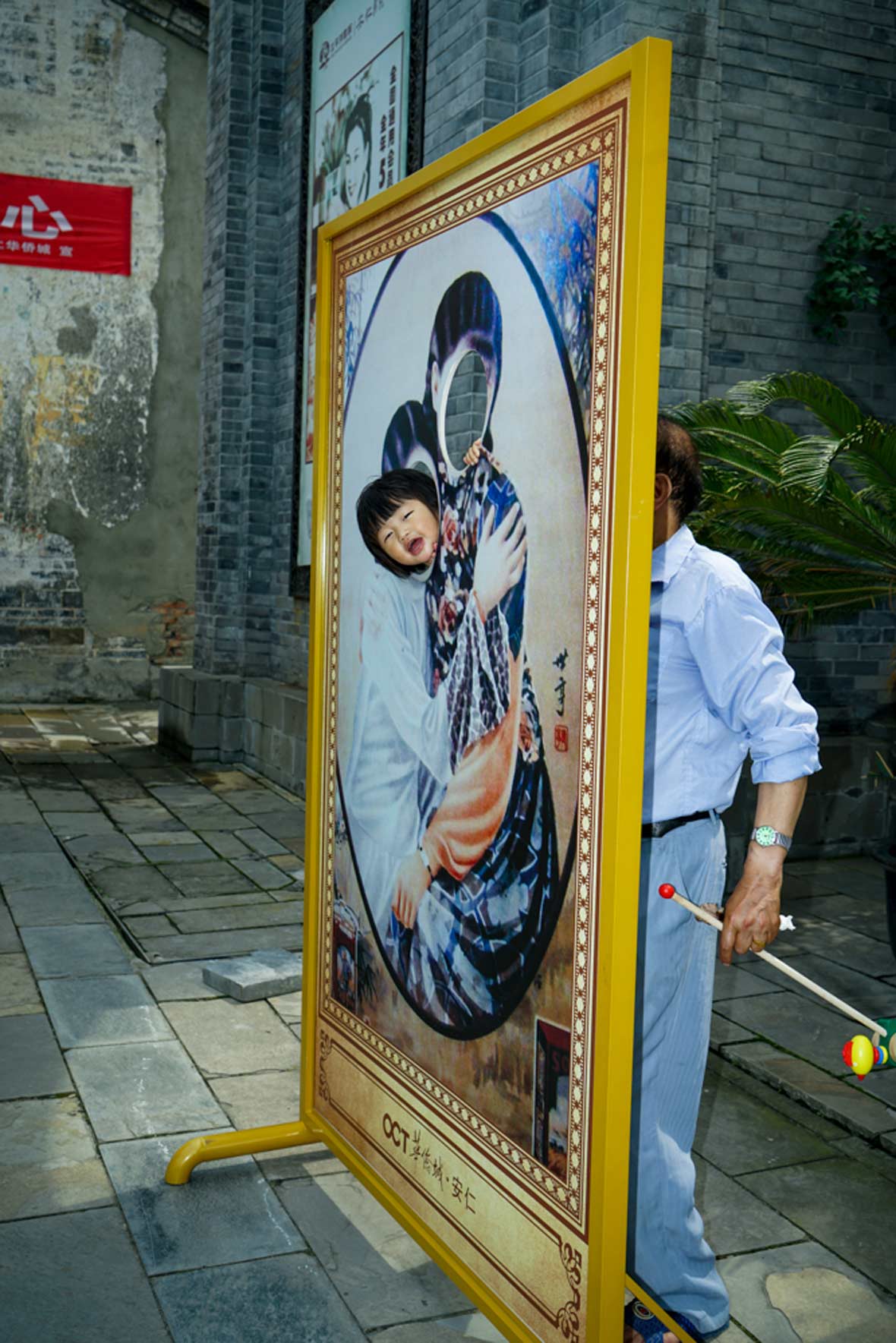 In an old article, the interviewer attempted to draw a comparison between Feng’s photography and his original field of study – Chinese medicine and acupuncture – writing, “It’s as though he approaches portrait photography as clinical cases. When the bulb’s warning light flashes, he’s able to accurately pinpoint the illness’s acupuncture point.” When I asked Feng, however, if he thought his previous profession influenced his artistic work, he replied that he thought the period had at most an indirect connection.

In such a response, one sees ties to the fact that even within the realm of artistic photography, he does not seem to care for either comparisons or a discussion of influences. White Night began when he was taking photos for his job as a photographer with the Chengdu propaganda department; that evening, he recalls, was particularly foggy, and the fog and the lights wrapped themselves around each other in surreal ways which reminded him of scenes from films by influential directors such as Angelopolous or Tarkovski. When I brought up this story, however, with a shrug, he replies, “It happens those are a few of what amount to the few films I’ve seen.” When I asked about photographers he’s named in the past as being of interest – Diane Arbus, William Eggleston, Nobuyoshi Araki, Han Lei – he said he had never used his own photographs to draw any comparisons to those of others, and that he rarely looks at photo books himself. 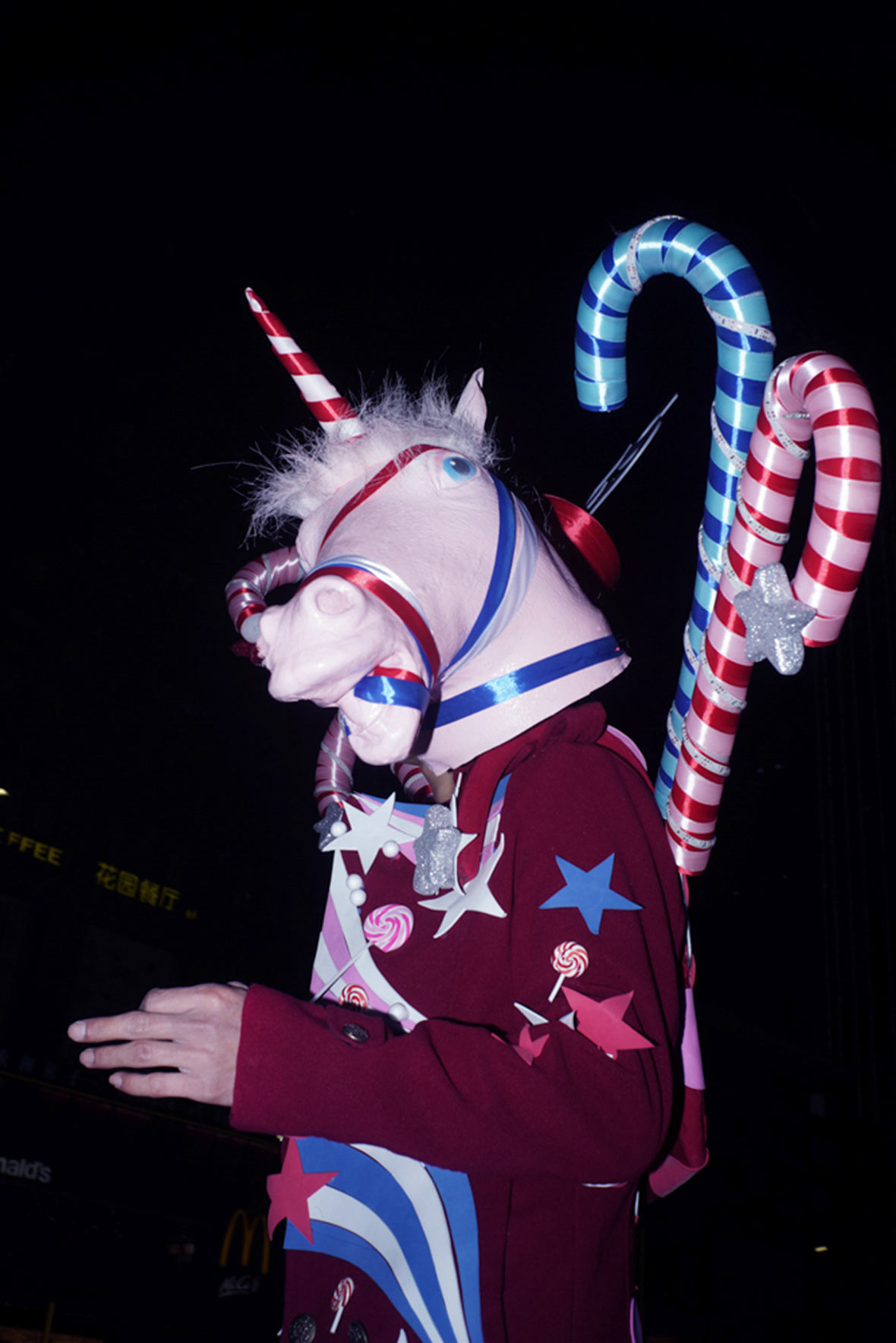 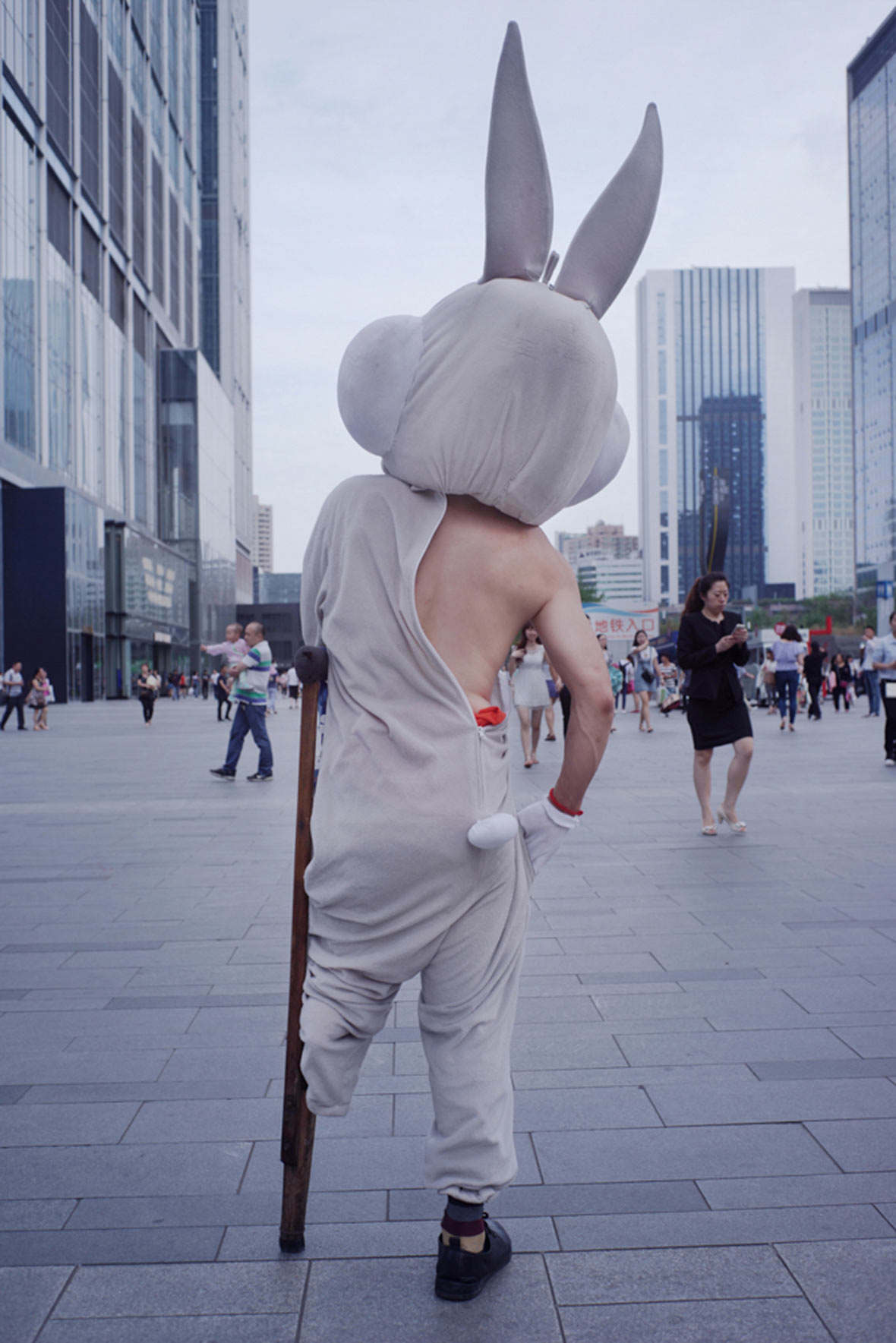 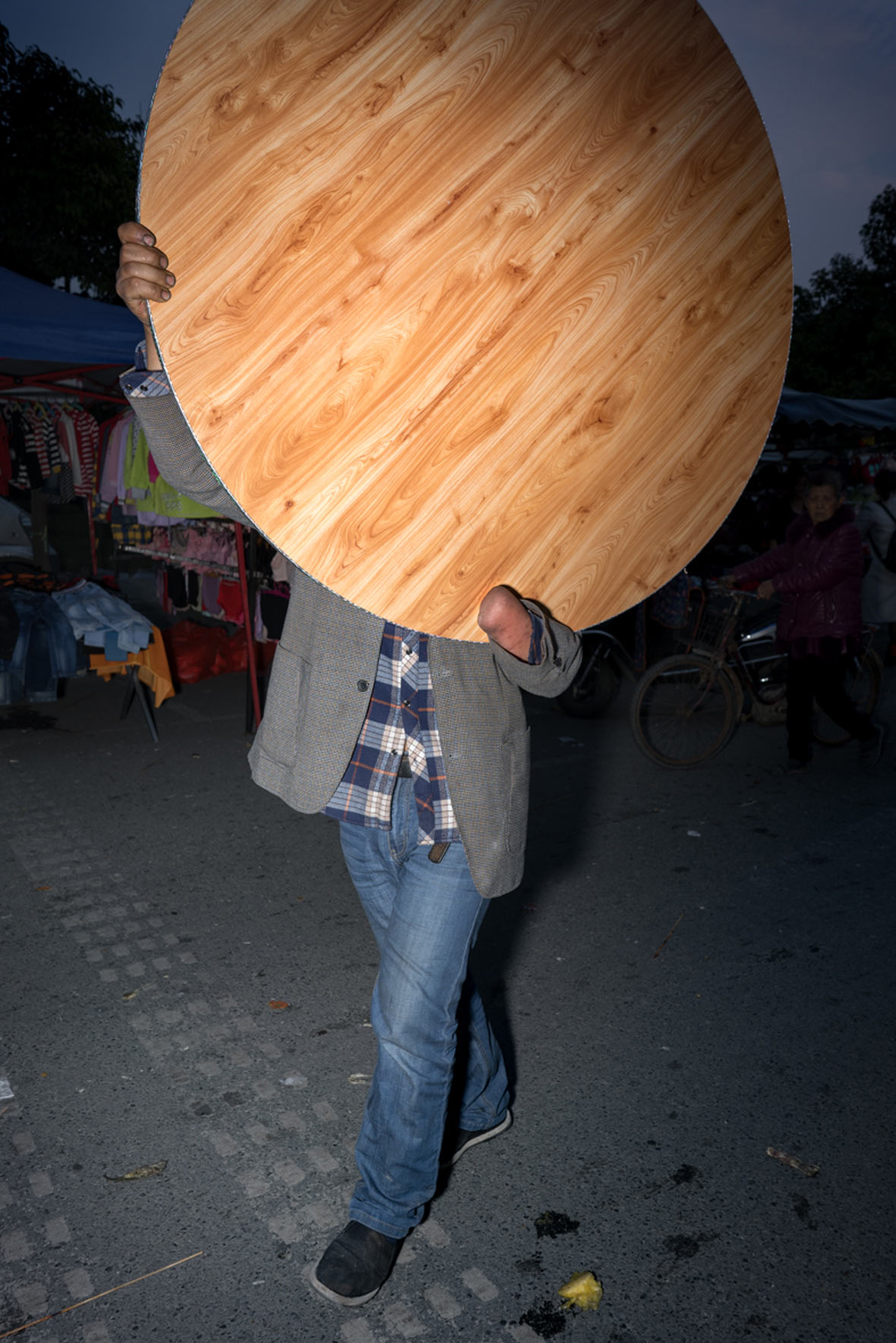 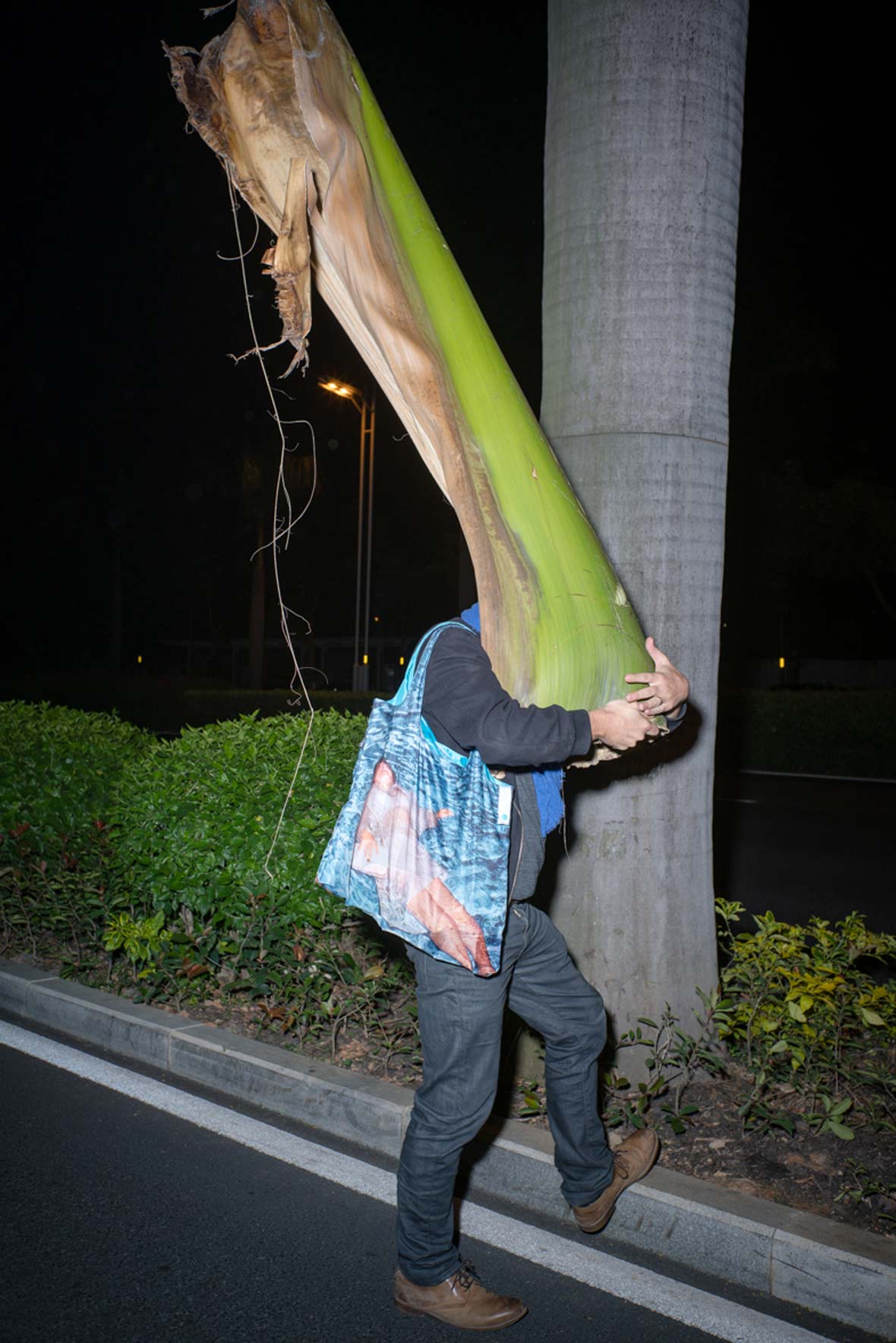 It is difficult even to say that Feng considers himself an artist. Instead, he says, “I think of myself as a photographer, but use an artist’s style in order to think.” He has not tried other artistic mediums, and expresses no desire to do so. His primary inspiration, he says, is life, and his sole aim seems to be to approach life as a kind of unreal, storied fabric; he looks for unreal moments that to him ultimately comprise our chaotic reality. Nor does he spend his time fastidiously choosing the photos he likes best. There aren’t any unpublished White Nights photos, he says; basically anytime he takes a picture, he releases it online. Asked whether he minds that some have evaluated his work as ugly and amateurish, he said he’s never minded others’ experiences, and that ugly and amateurish are good evaluations as far as he’s concerned. Indeed, when I asked him to talk about composition and aesthetic, he claimed his photos have neither. 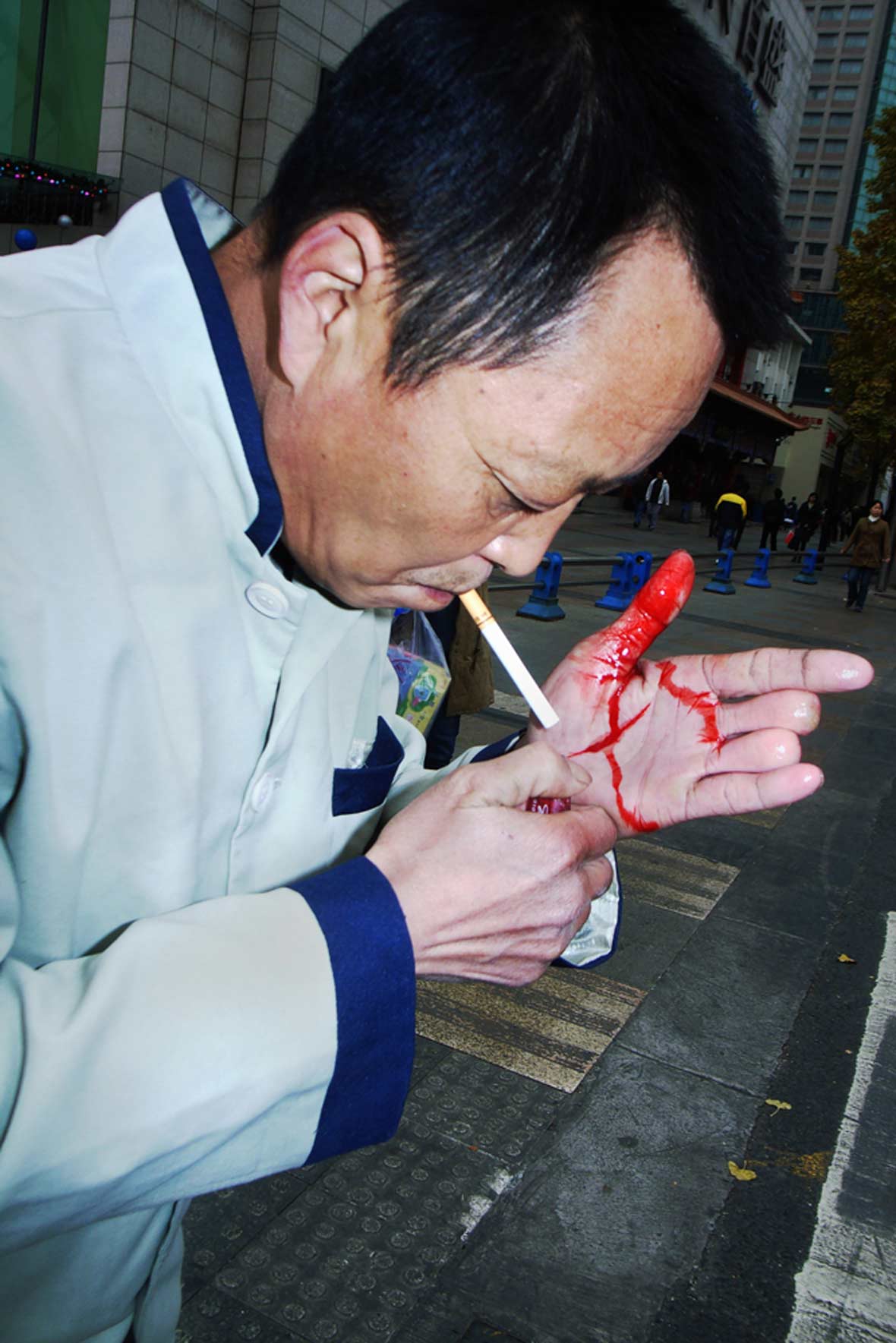 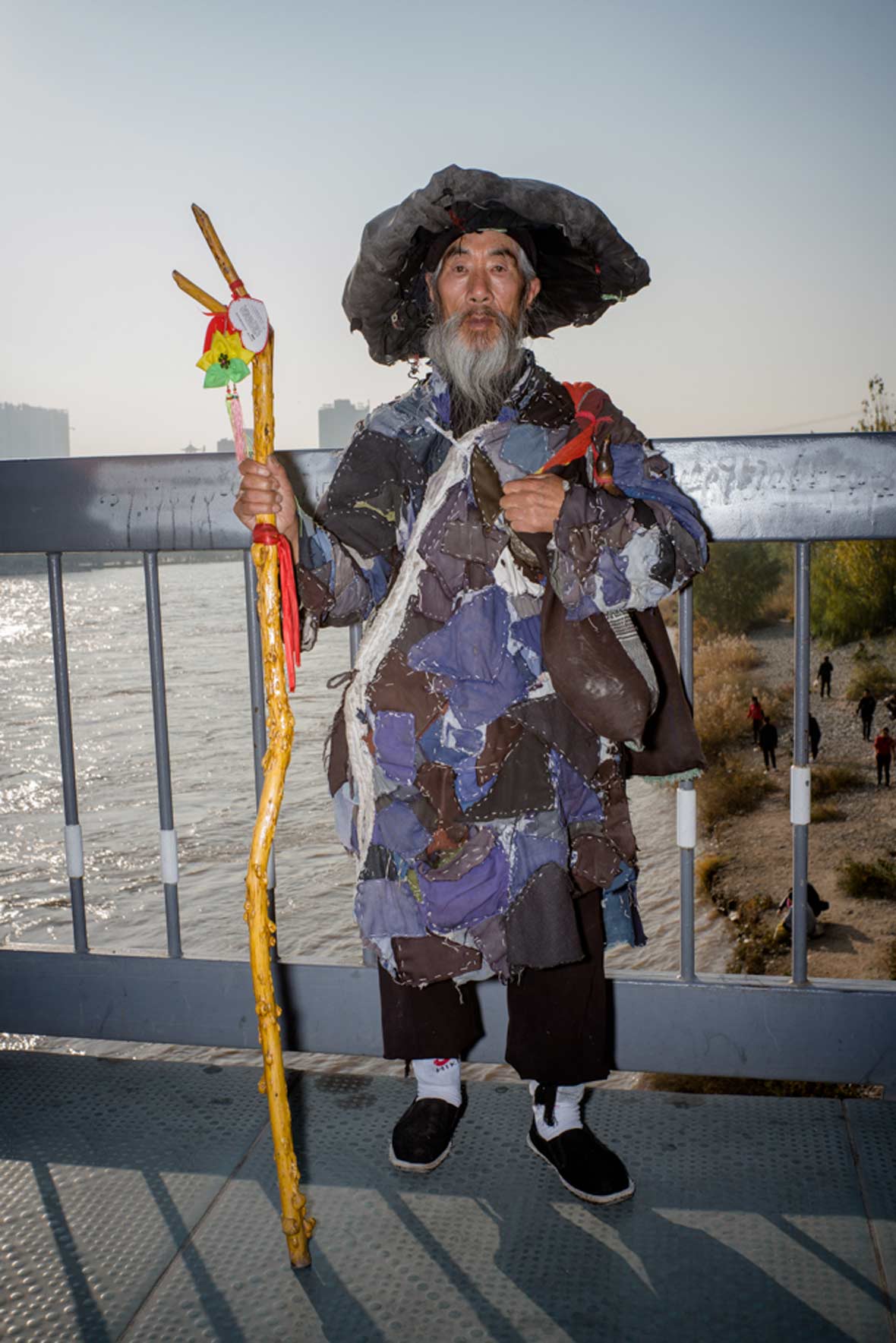 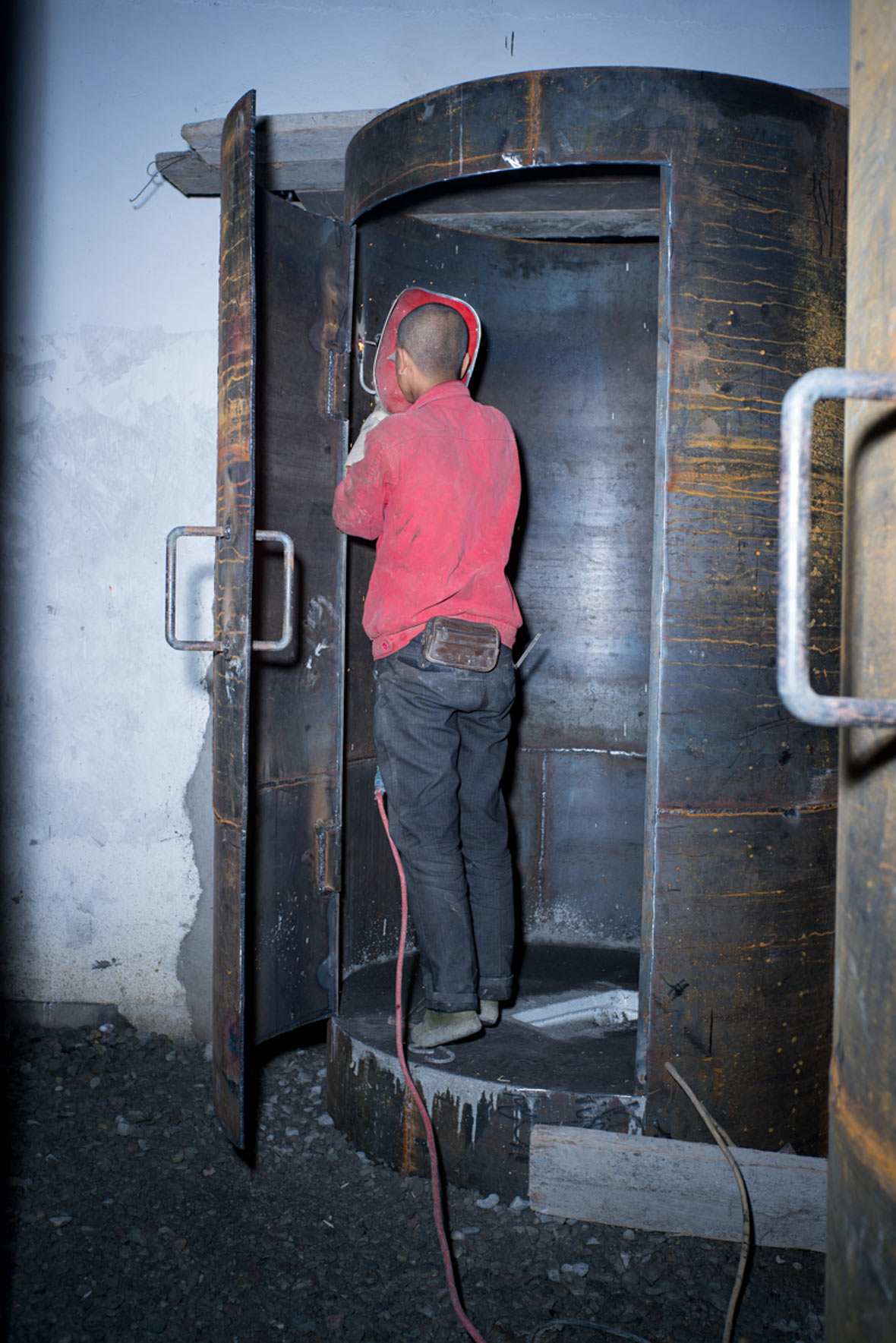 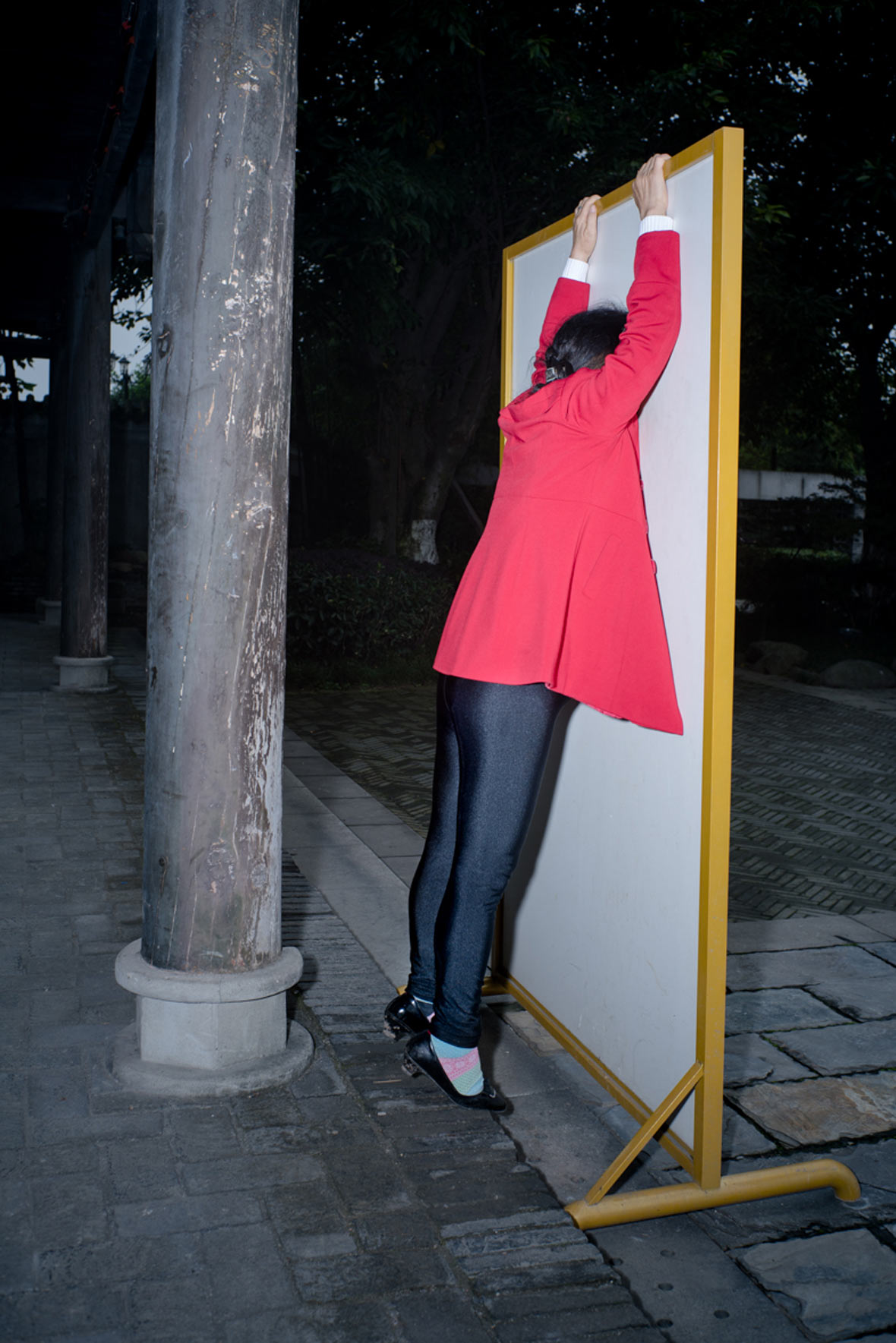 What, then, does Feng Li look for when he is photographing? Tellingly, when I asked him to describe a moment he’d been unable to capture, he said he was unable to describe it – “just like the moments I captured.” He told another interviewer that a good photo prevents you from understanding what happened and that it is filled with unknown, mystery, and uncertainty. I tried to go a step farther and ask what he thought a successful photo is, only to have him tell me that there is no such thing as a successful photograph – “just difficult-to-put-to-words photographs, no-way-to-use-writing photographs, or no-need-to-use-writing-to-describe photographs.” In terms of subjects, he says he can only run into them, that they cannot be sought out. 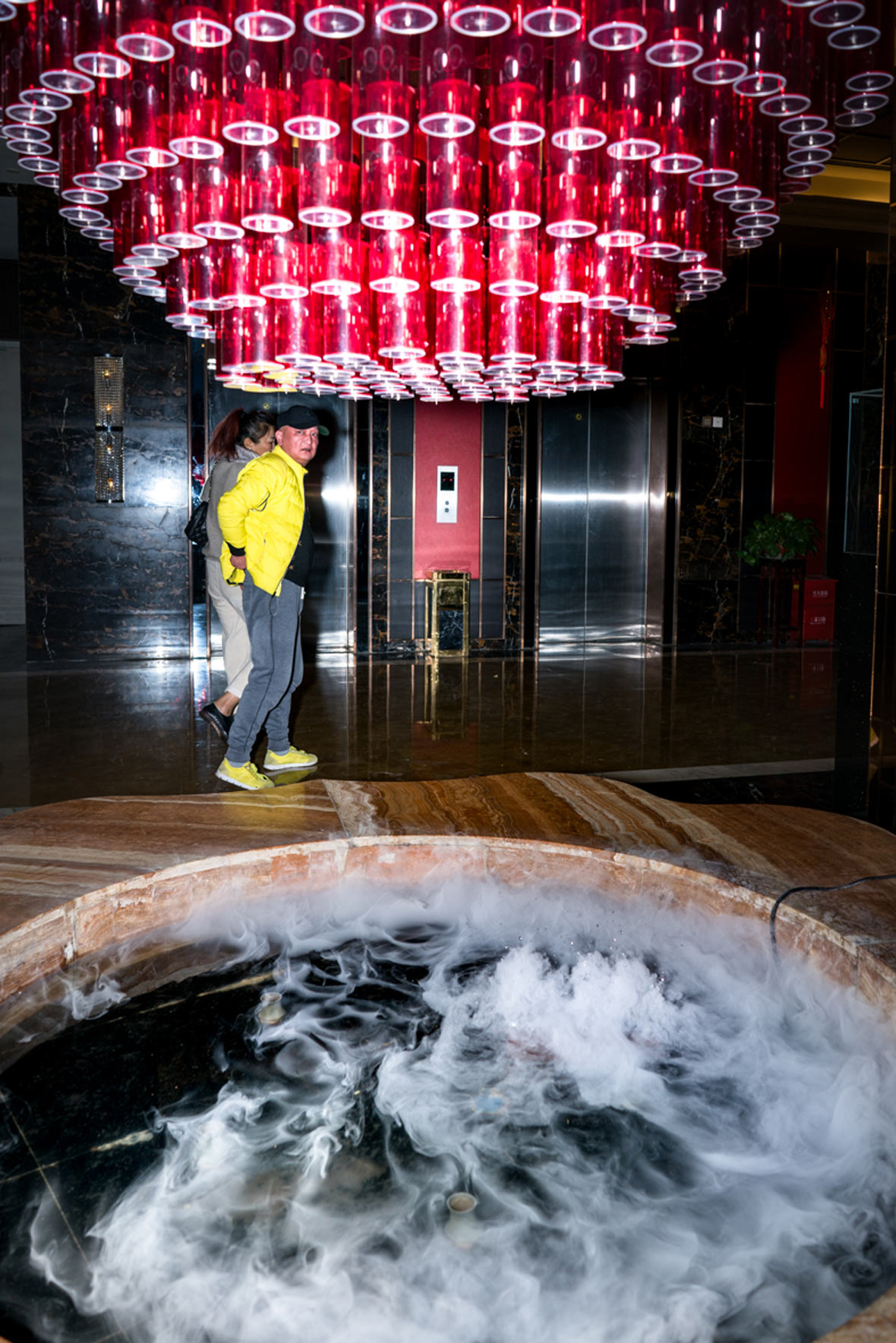 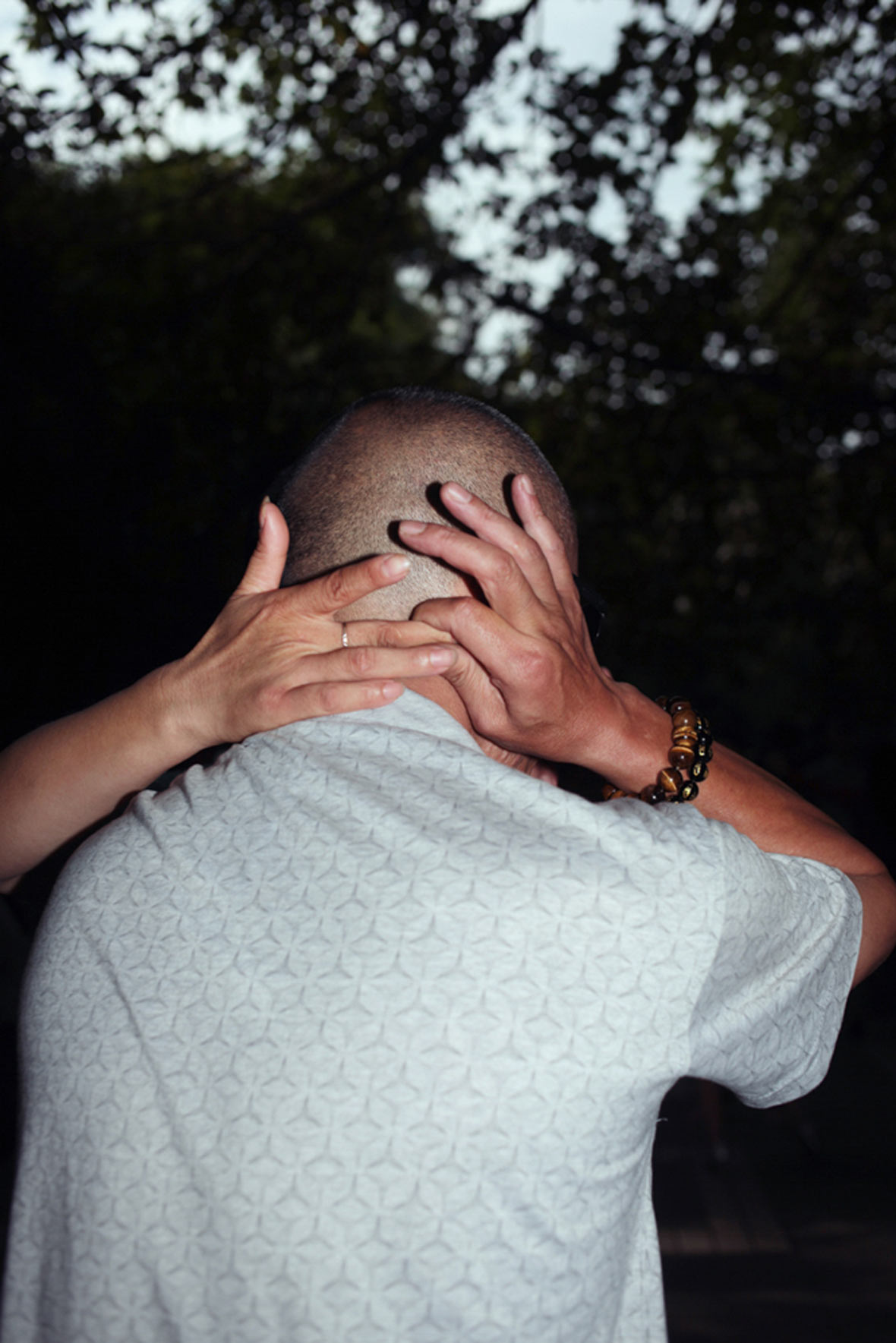 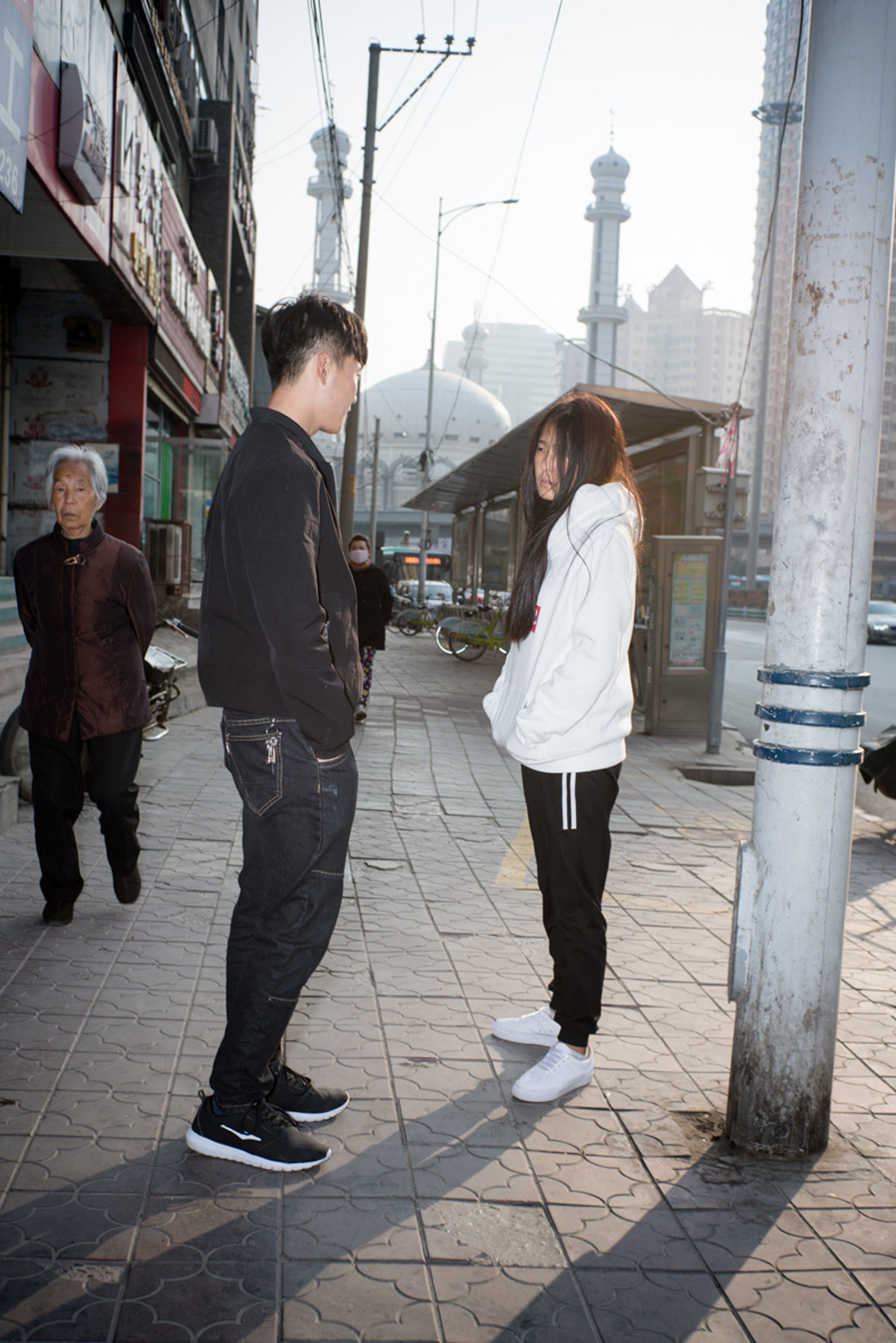 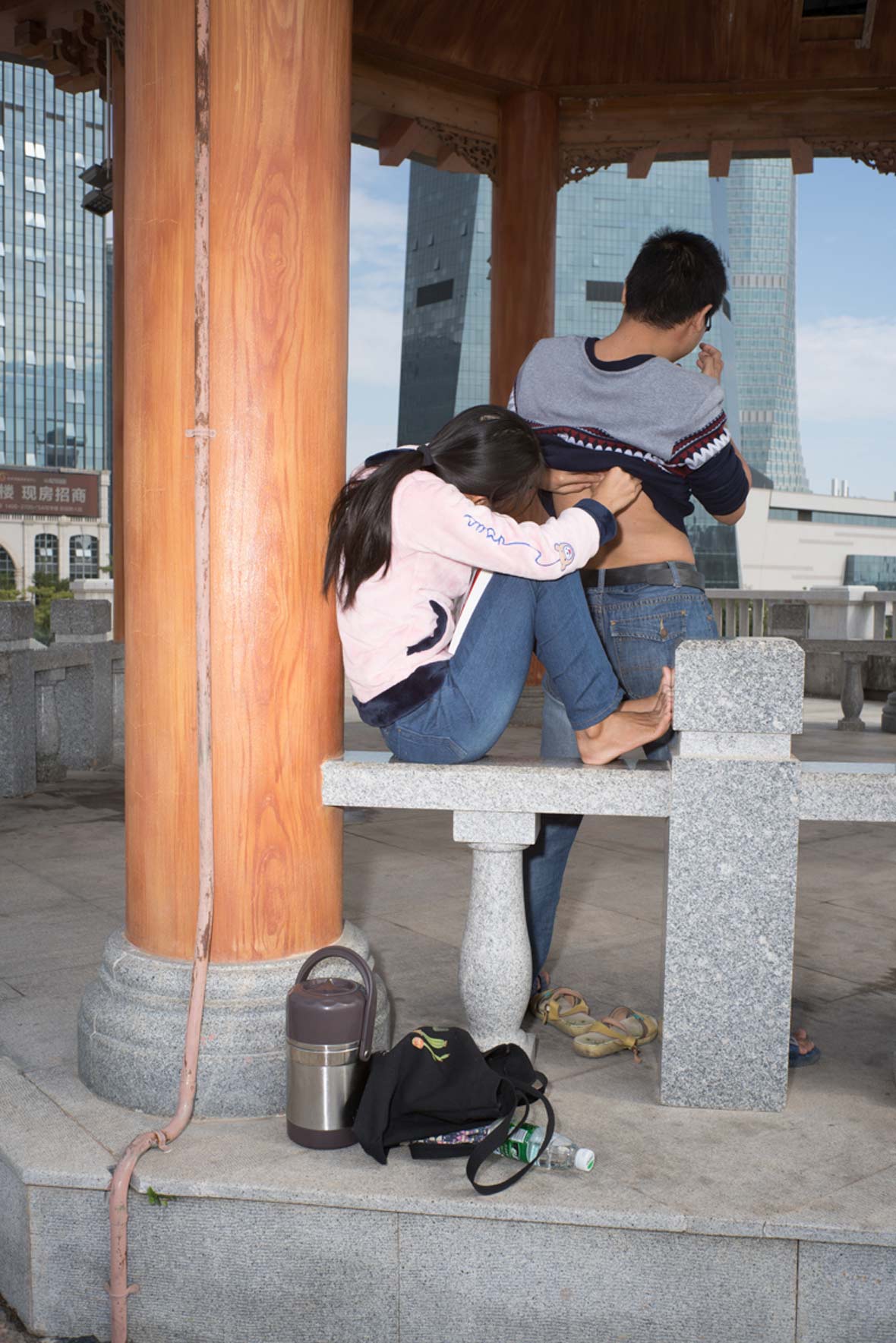 But despite his reticence to discuss influence, style, form, aesthetic, Feng Li has in fact expressed a pretty clear worldview throughout interviews and in his own artist’s statement: the world is problematic and in a state essentially of primeval chaos, such that a distinction between the real and the unreal is difficult to achieve. The moments he seize tell a story of a dangerous world, “reality’s others face,” an underbelly of existence that essentially is our reality, only too many people are too afraid to look directly at it. The only way to live, in Feng Li’s mind, is to do one’s utmost to understand the reality of existence through experiencing the world around oneself, the value of which cannot be replaced by others’ stories and experiences. 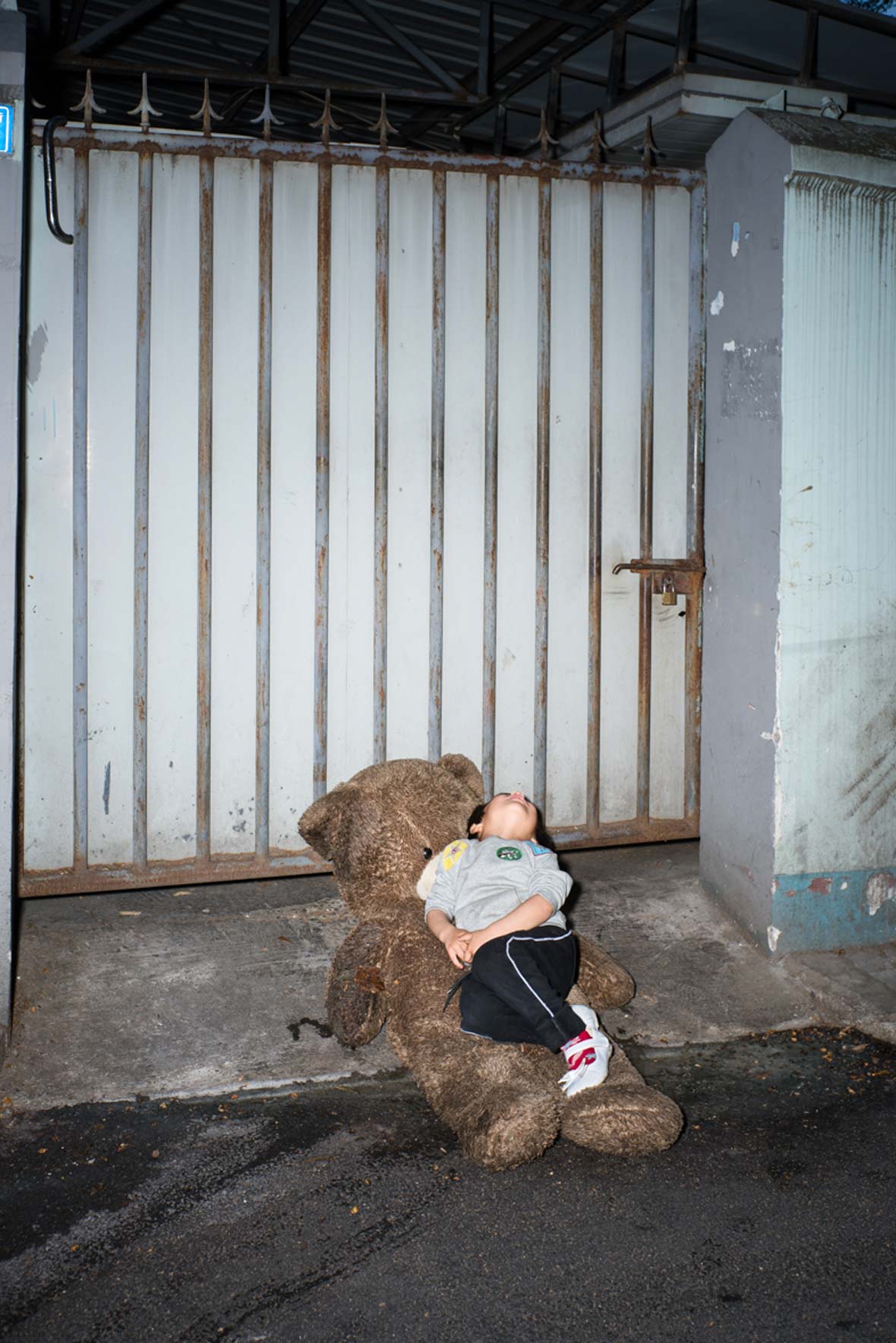 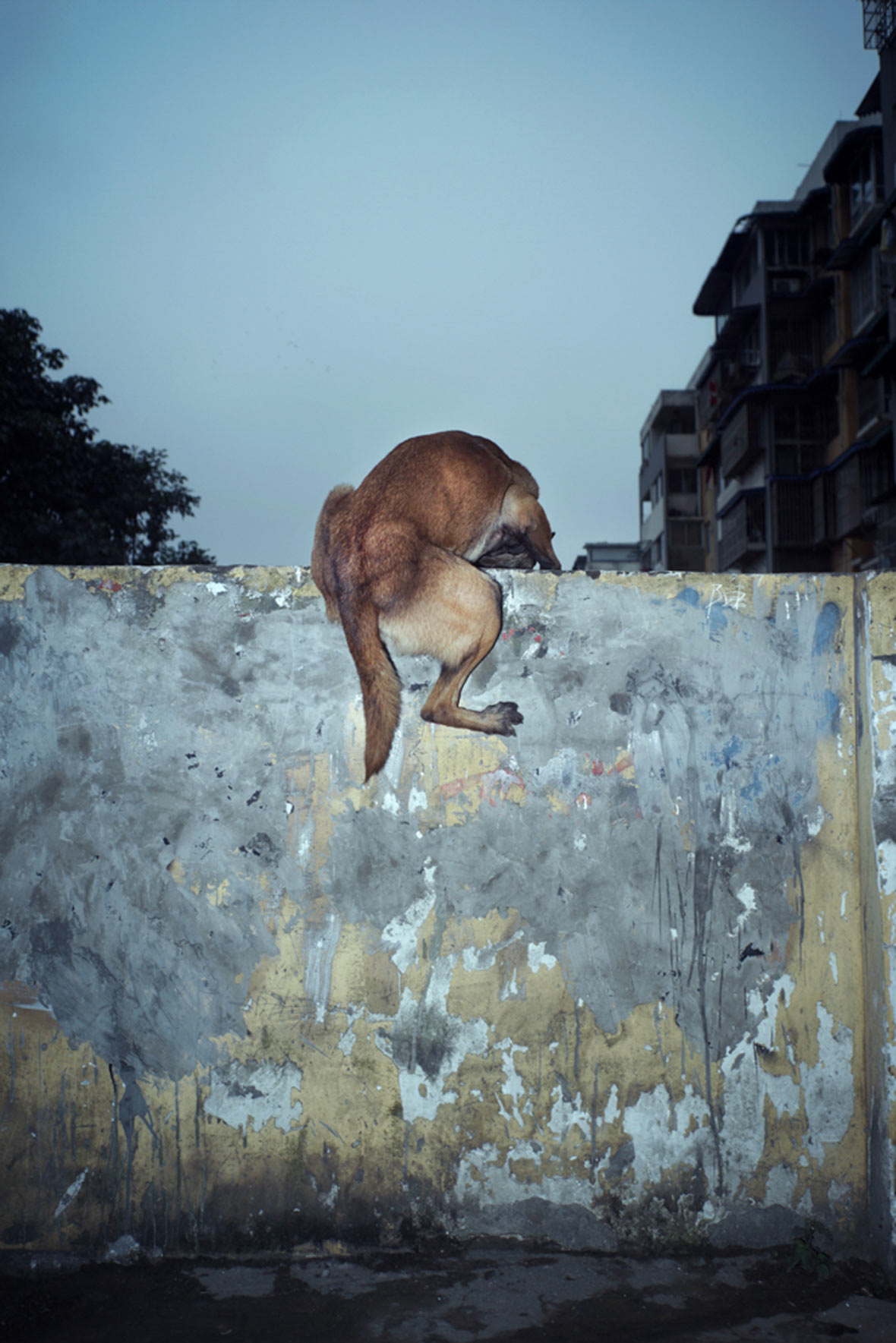 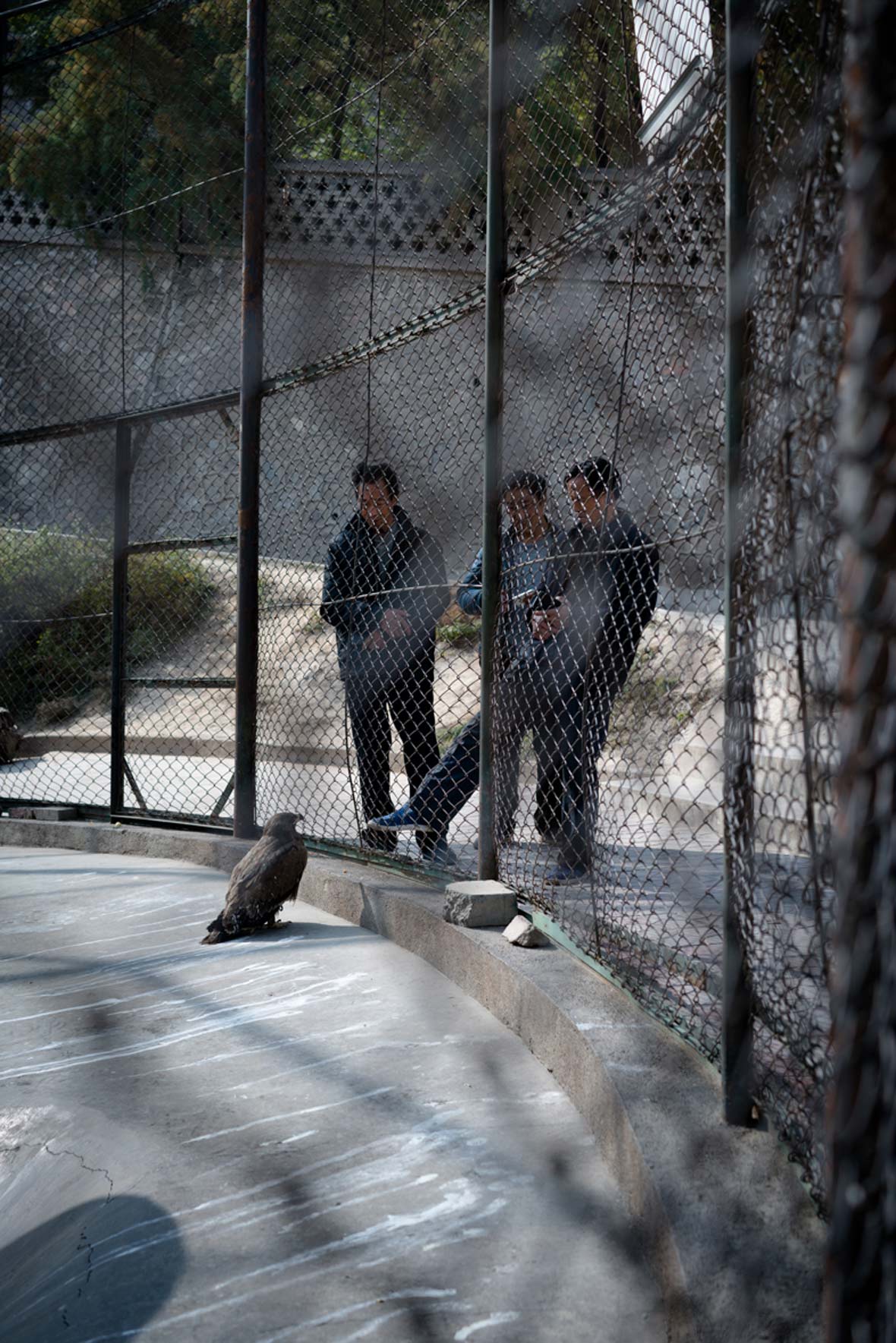 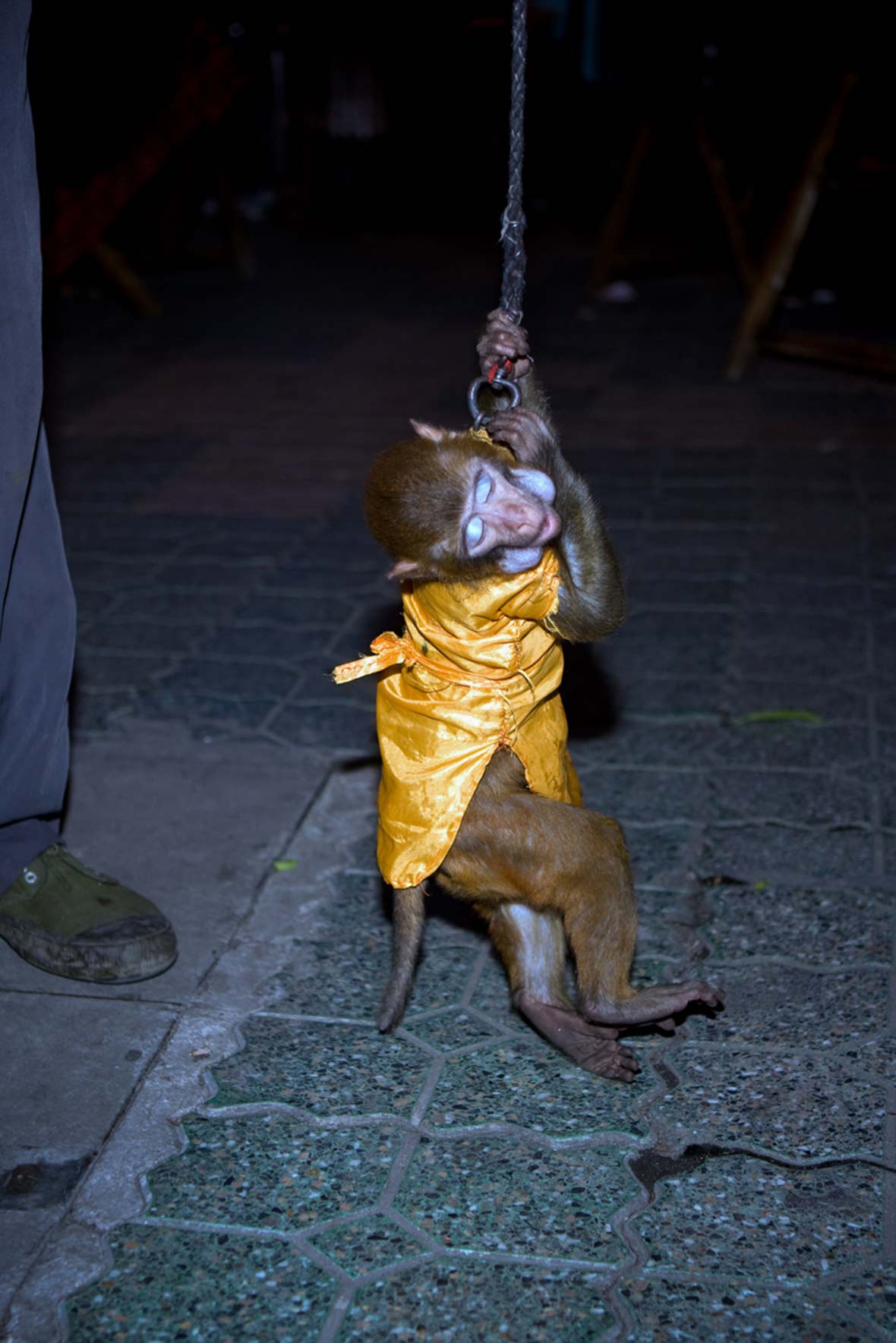 For all that, though, he does not claim to understand reality; far from it. When previously asked to define his works in a few words, he responded he had finally reduced it to one: “Why?”

He calls eternity a question mark and says that he is still unable to understand the world, in the same way that he can’t express in words what his photographs might mean. This is a particular paradox: Feng thinks it of utmost importance to understand the chaotic world but rejects attempts to define or contextualize the photographs that attempt to capture that chaos. But paradoxes by nature wrap in on themselves: so perhaps the paradoxical nature of Feng Li’s mission – finding the unreal cracks that make our reality so real – made further inconsistency inevitable, and perhaps ultimately that is this artist’s point. 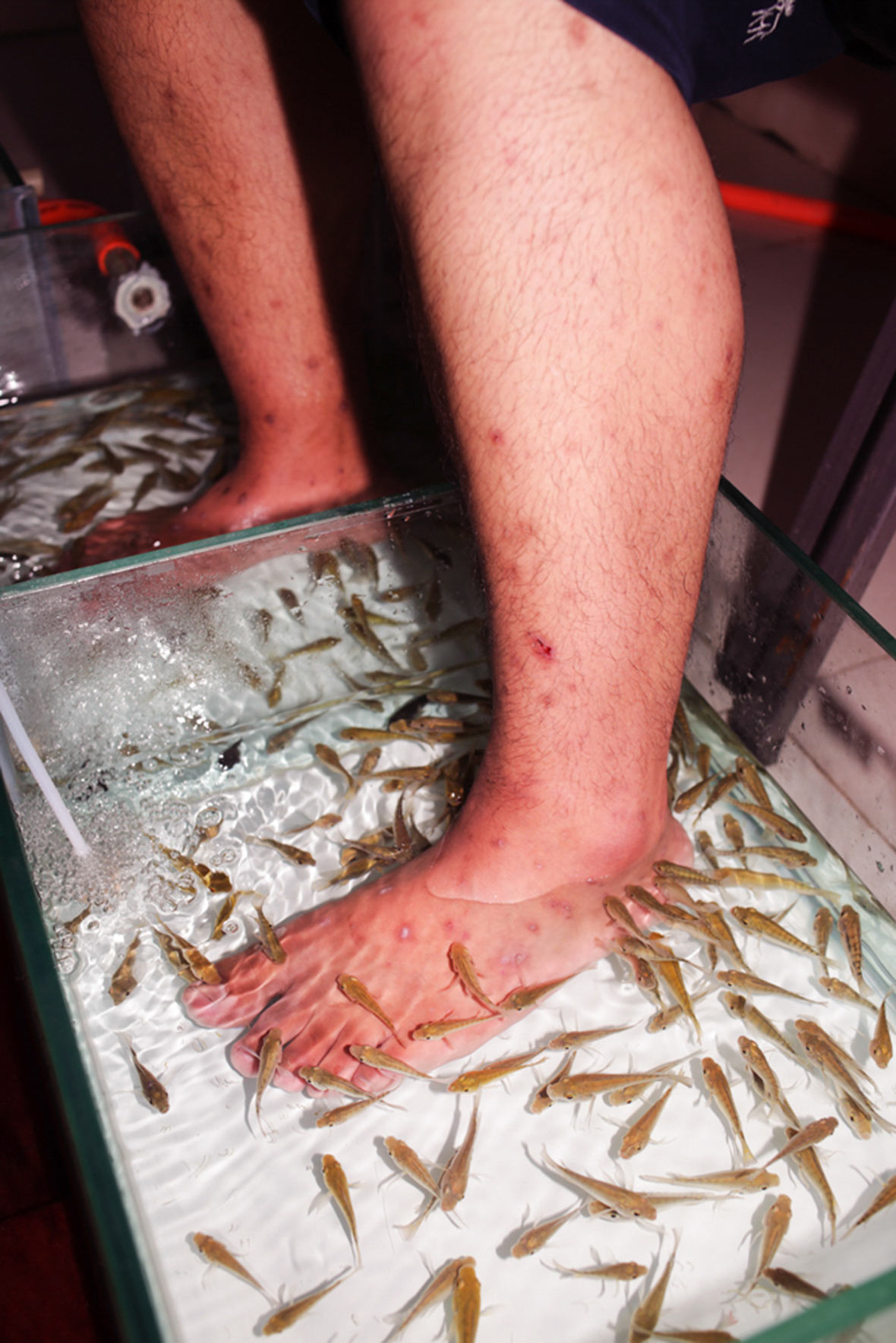 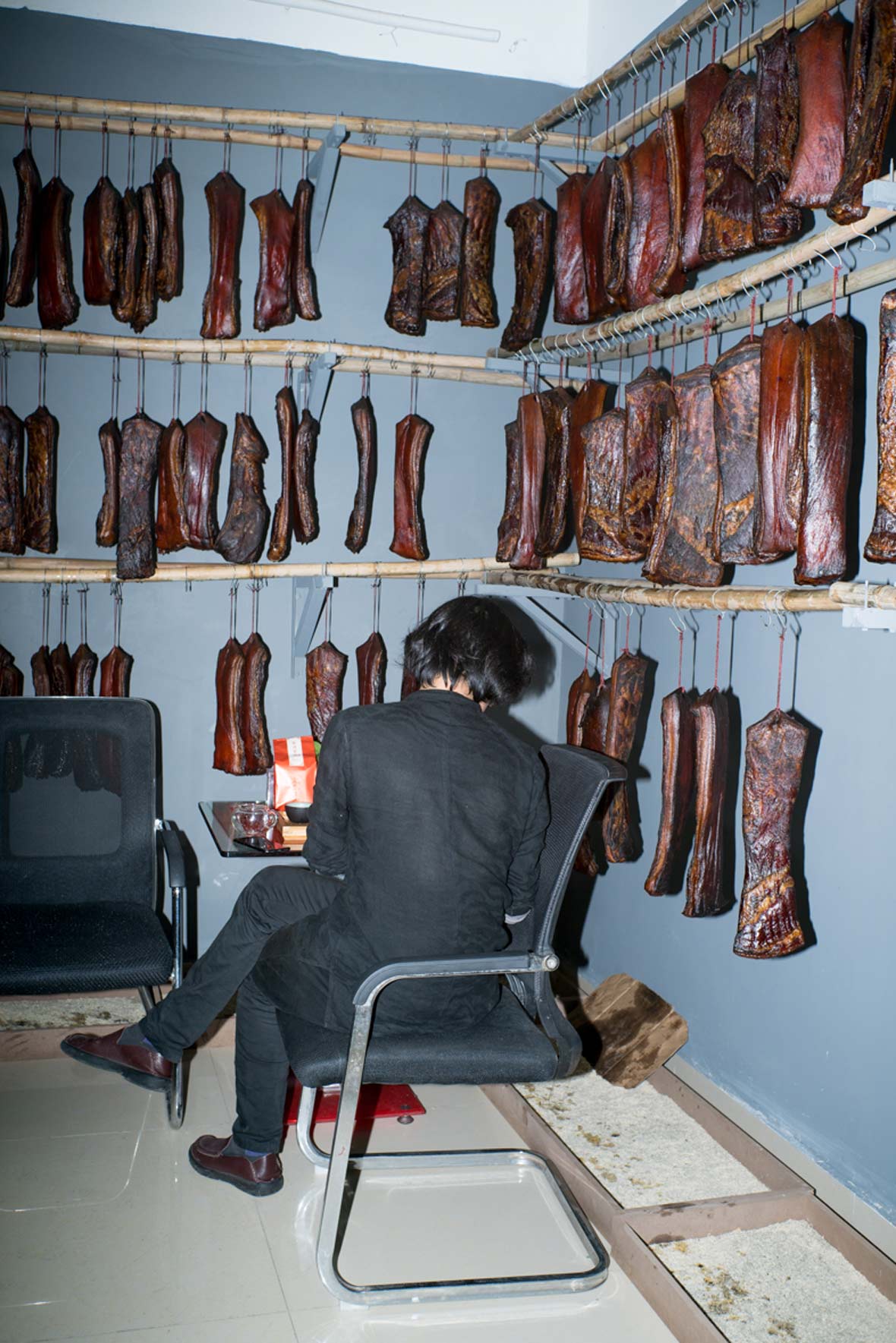 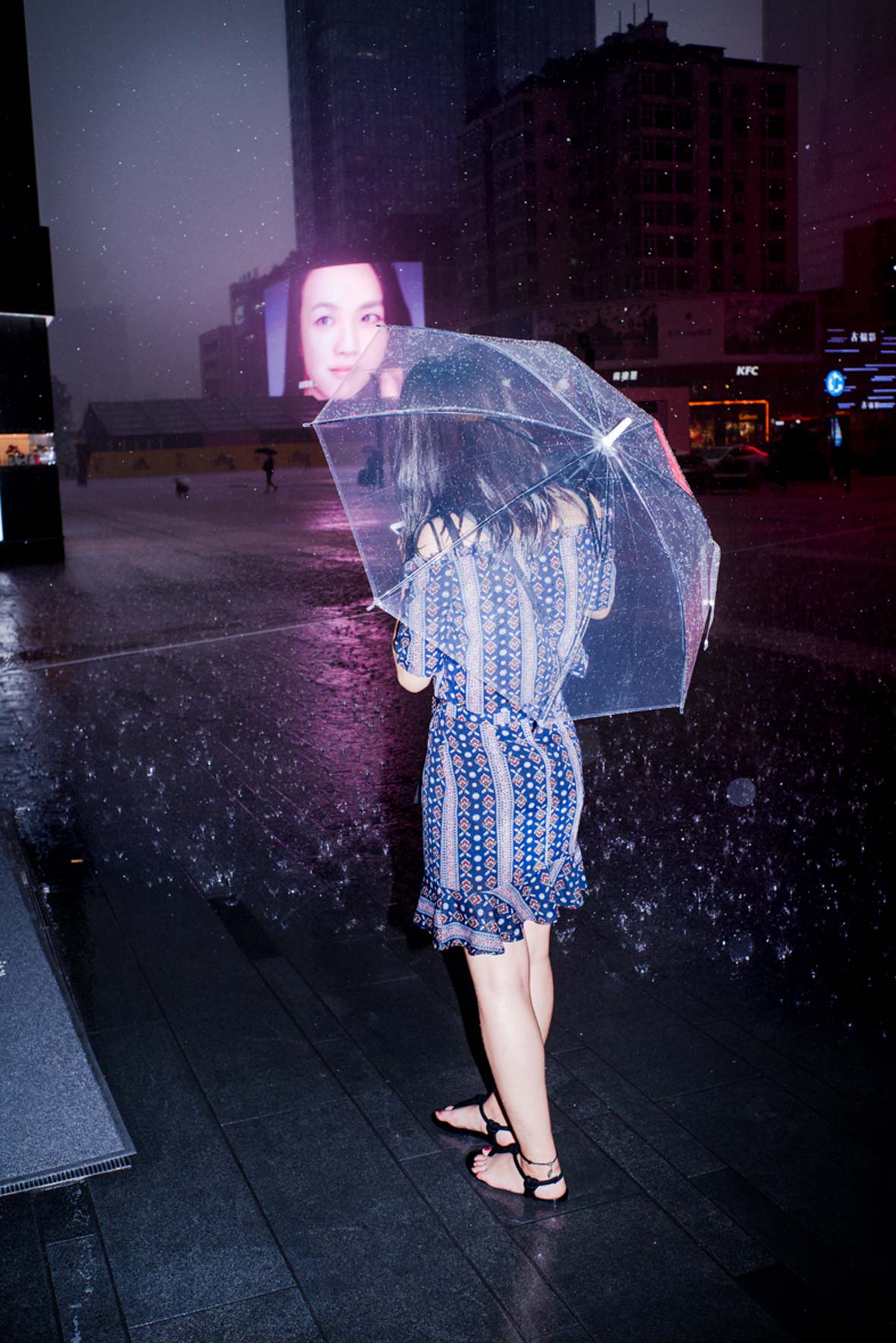 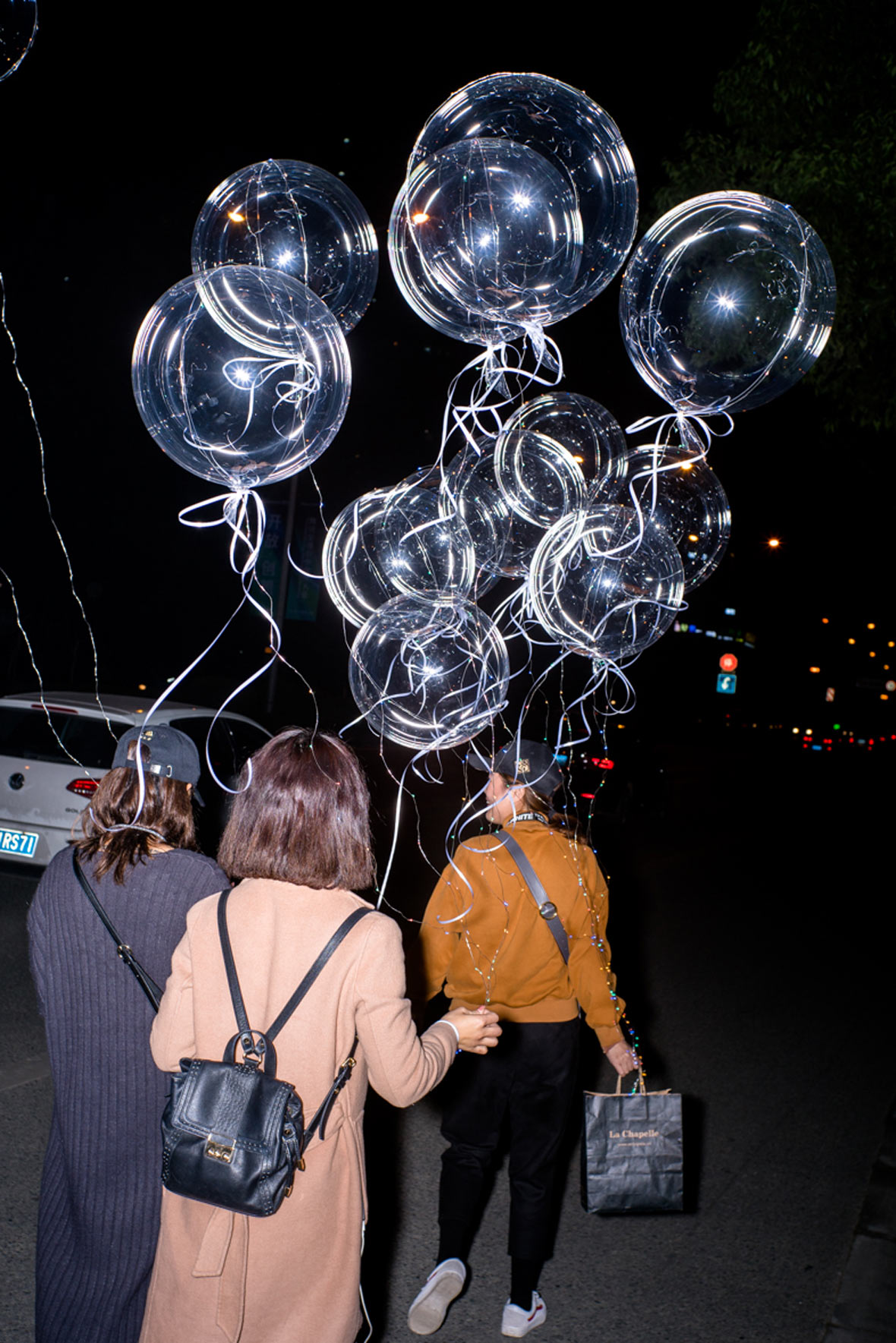 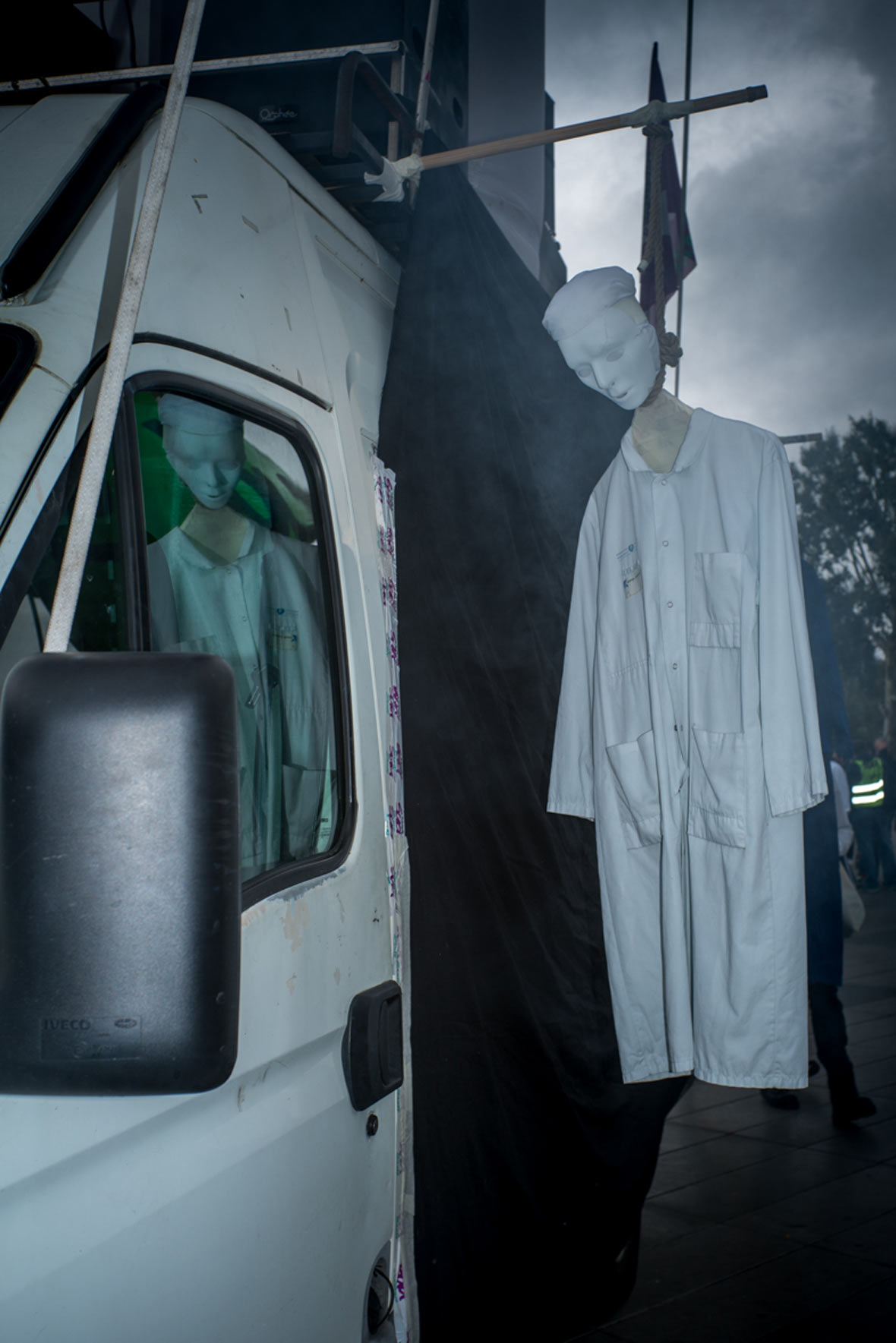 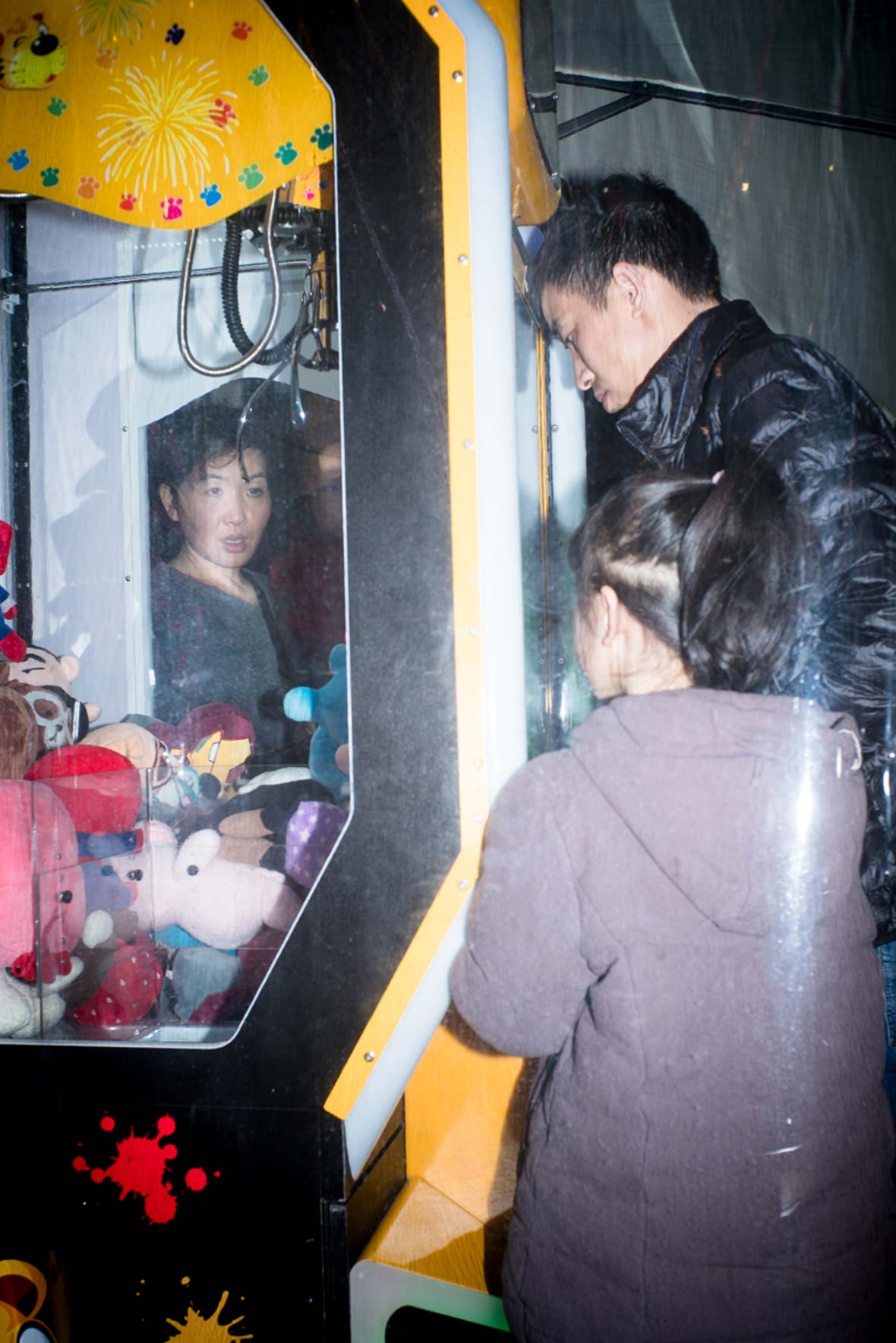