Nowadays, it’s all too common to see a piece of artwork get passed around the internet without any credits attached to the creator. One particular artist who often encounters this issue is sheep, a Chinese illustrator who purposefully stylizes his moniker with a lowercase “s.” But unlike most other artists, sheep doesn’t particularly mind – he’s more concerned with making art than the recognition that follows. His illustrations are peculiar; they’re beautifully illustrated, but the beauty is layered with a sense of melancholy and unease. The characters of sheep’s world are often depicted in their most vulnerable state, but they still remain eager on sharing their untold stories. 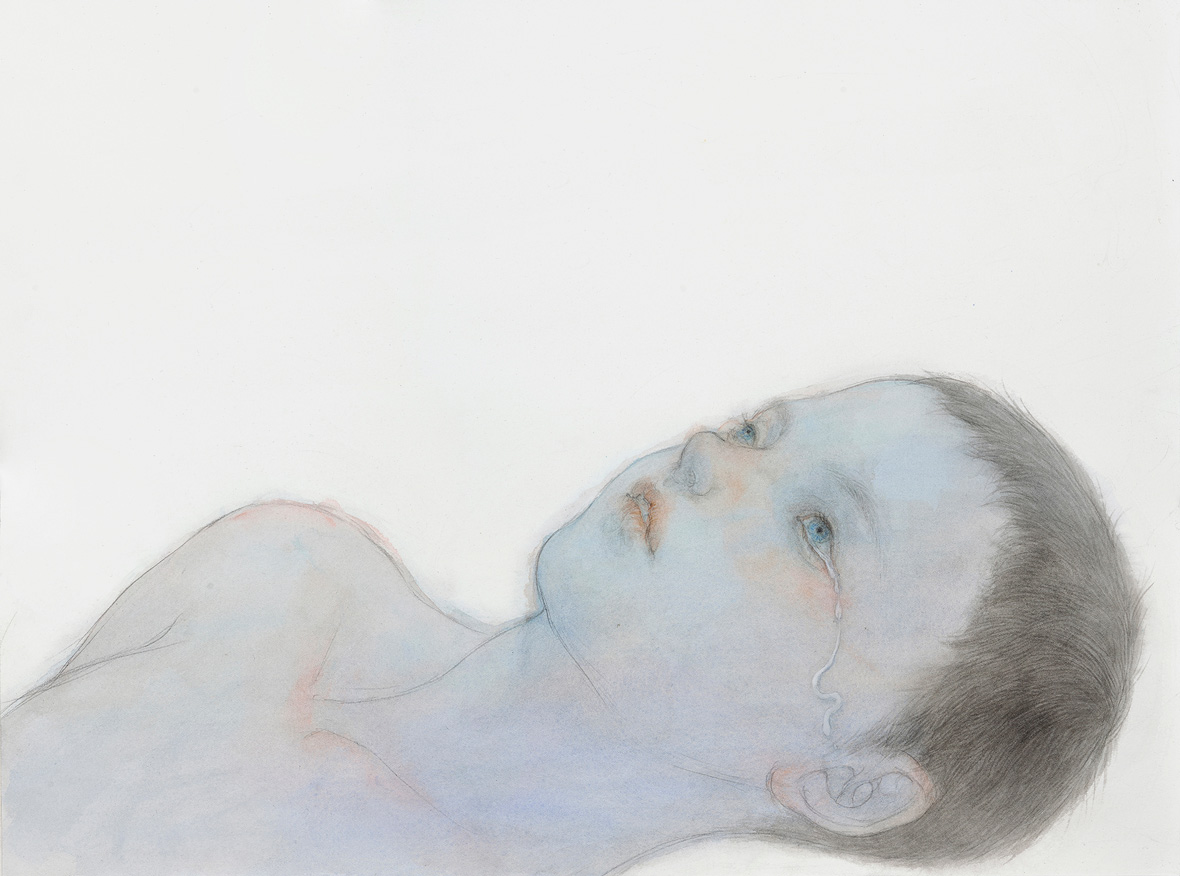 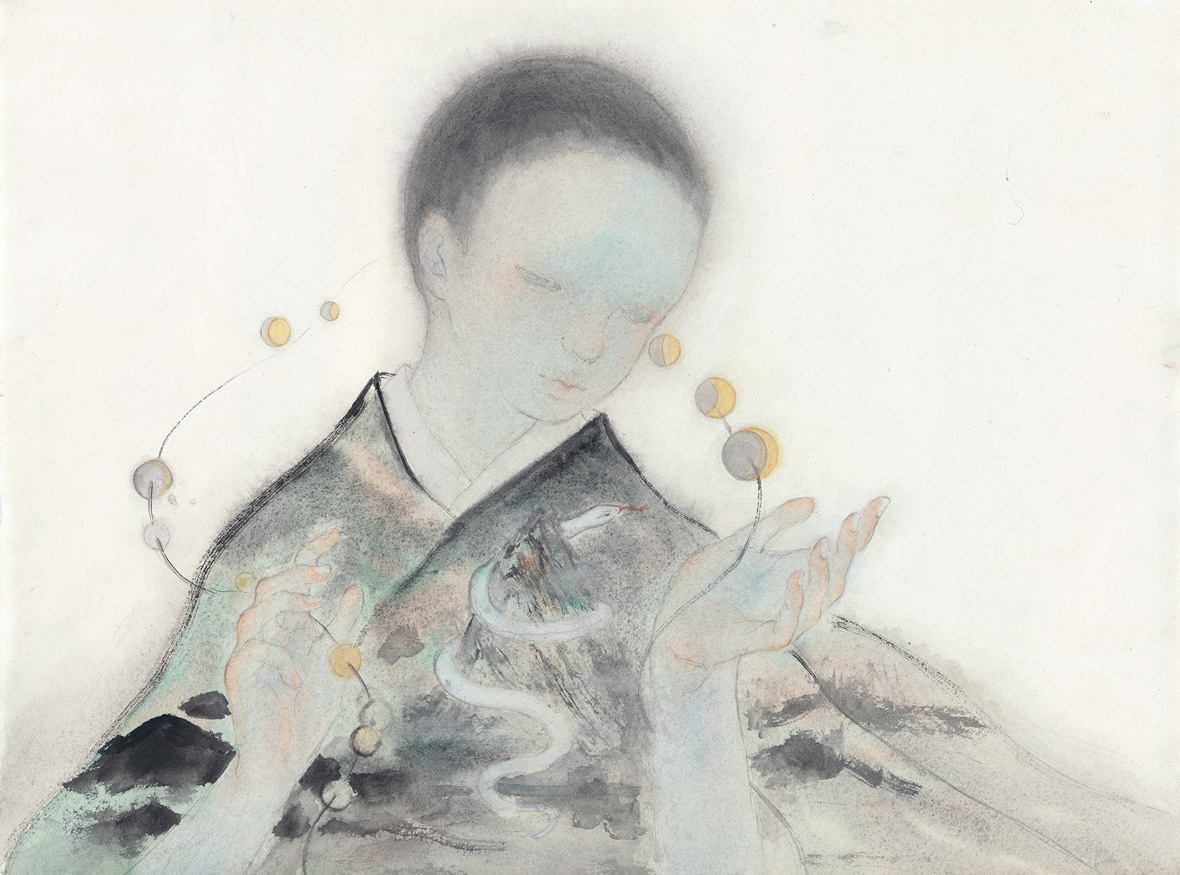 On first glance, some of sheep’s work might reveal hints of a Japanese influence behind the aesthetic. He explains, saying that one of his biggest inspirations is Hyakki Yagyo, a Japanese folklore about a night where a hundred different demons roam the streets, but his influences actually come from other sources that extend beyond Japanese culture, such as the fictitious worlds depicted in the Chinese books Classic of Mountains and Seas and In Search of the Supernatural. “When I was still a student, the works of a few Japanese manga artists really resonated with me,” he says. “So in terms of the technique and subjects I experimented with back then, it was influenced by Japanese culture. But for my newer works, I never stop and think if anything feels Japanese or Chinese – I’m simply interested in creating art with an overall Eastern aesthetic, art that transcends the boundaries of time and geography.” 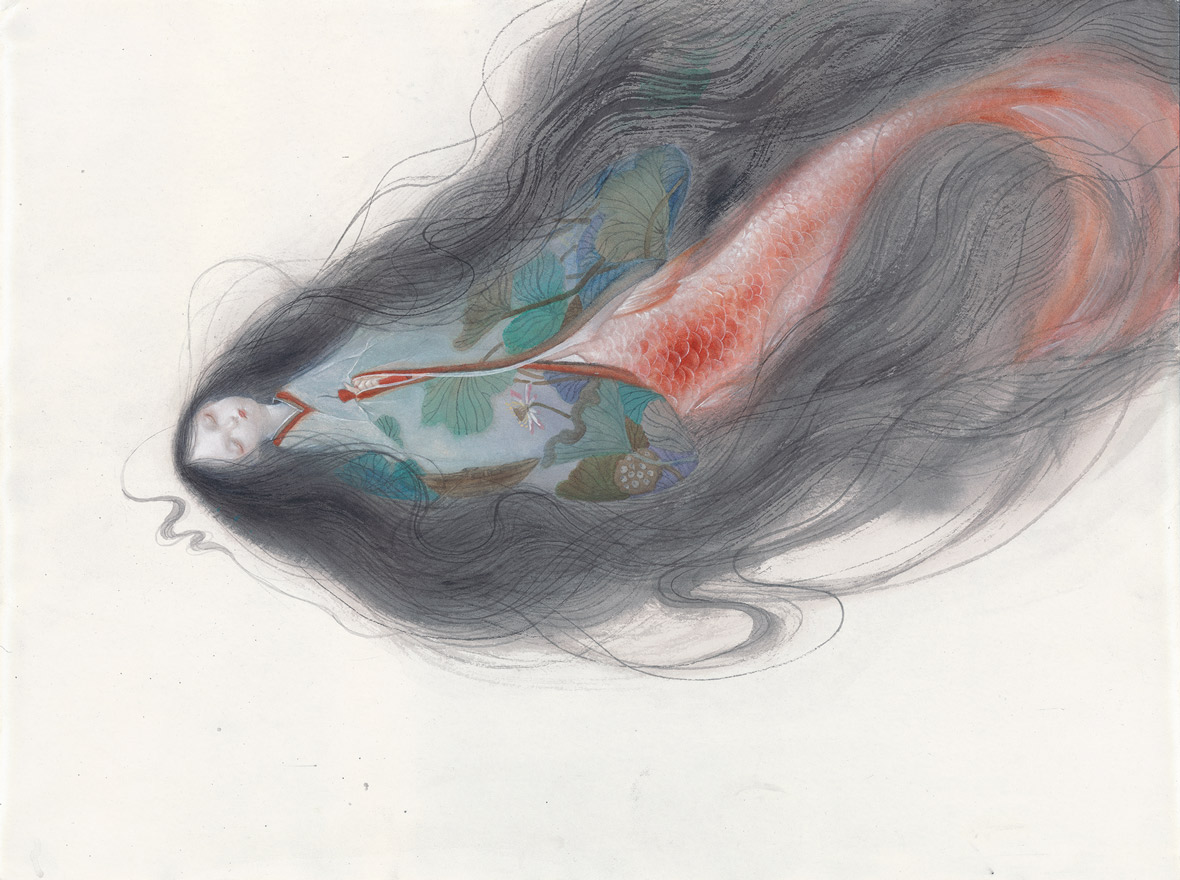 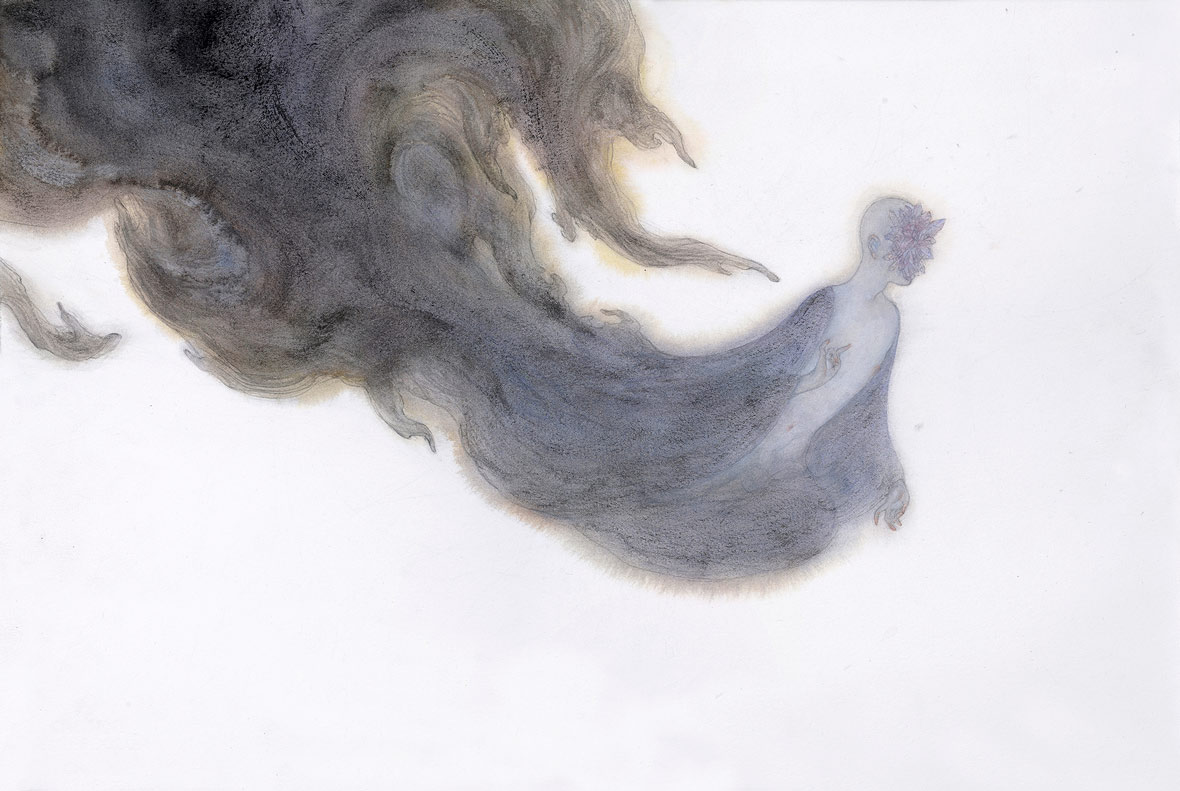 As we discussed his background and initial interest with Japanese culture, sheep shared that one of his favorite fairy tales as a child was Mimei Ogawa’s The Mermaid and the Red Candles. The story is about a baby mermaid that was left at a shrine and discovered by an old couple from a seaside village who never had children of their own. The couple, who ran a candlemaking business, took the mermaid in and raised her. As the mermaid grew up, she helped the family business by drawing pictures of the ocean on the candles. Soon, these drawing made their candles quite famous in the area. Rumors about good luck blessing those who bought and lit her candles at the nearby shrine began to spread, leading to more people buying the candles. Hearing these rumors, a businessman convinced the couple that mermaids were bad luck and bought the mermaid from them. After, he locked in the mermaid in a cage and quickly left with her on a ship. On the same night, a violent storm sunk the ship. From that point on, the couple’s candles became a symbol of bad luck. All of the fishermen who bought the candles in the past all suffered an ill fate. Their candle business soon ended. Not many years later, the city became deserted, eventually turning to ruins. Legend has it now, fishermen passing by the ruins of the town would sometimes see a faintly glowing red candlelight drifting around the shrine. 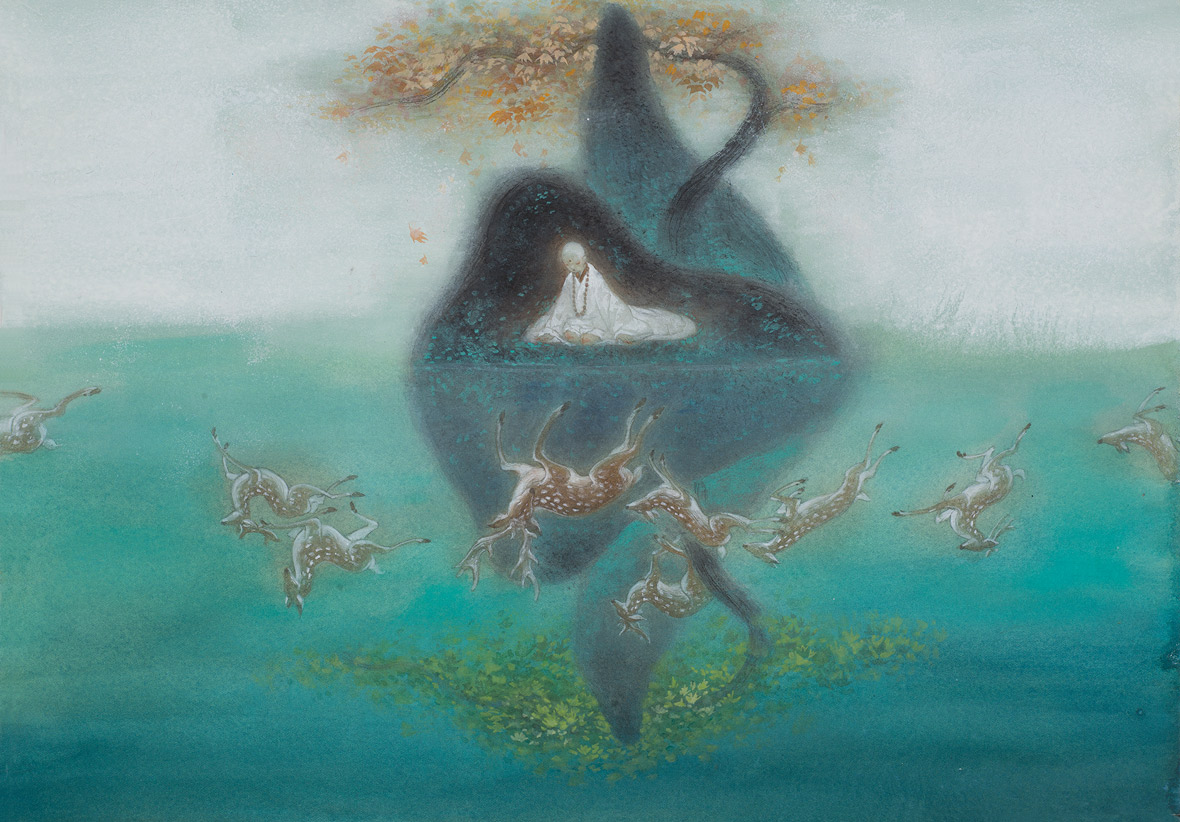 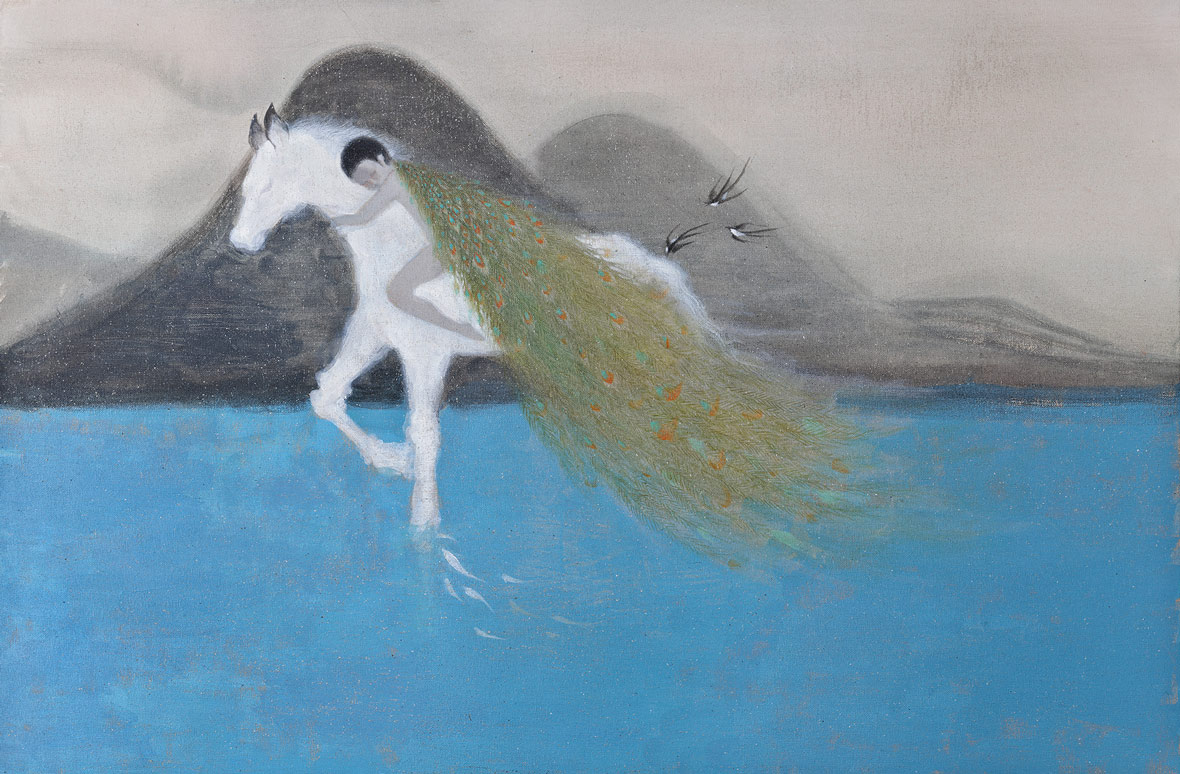 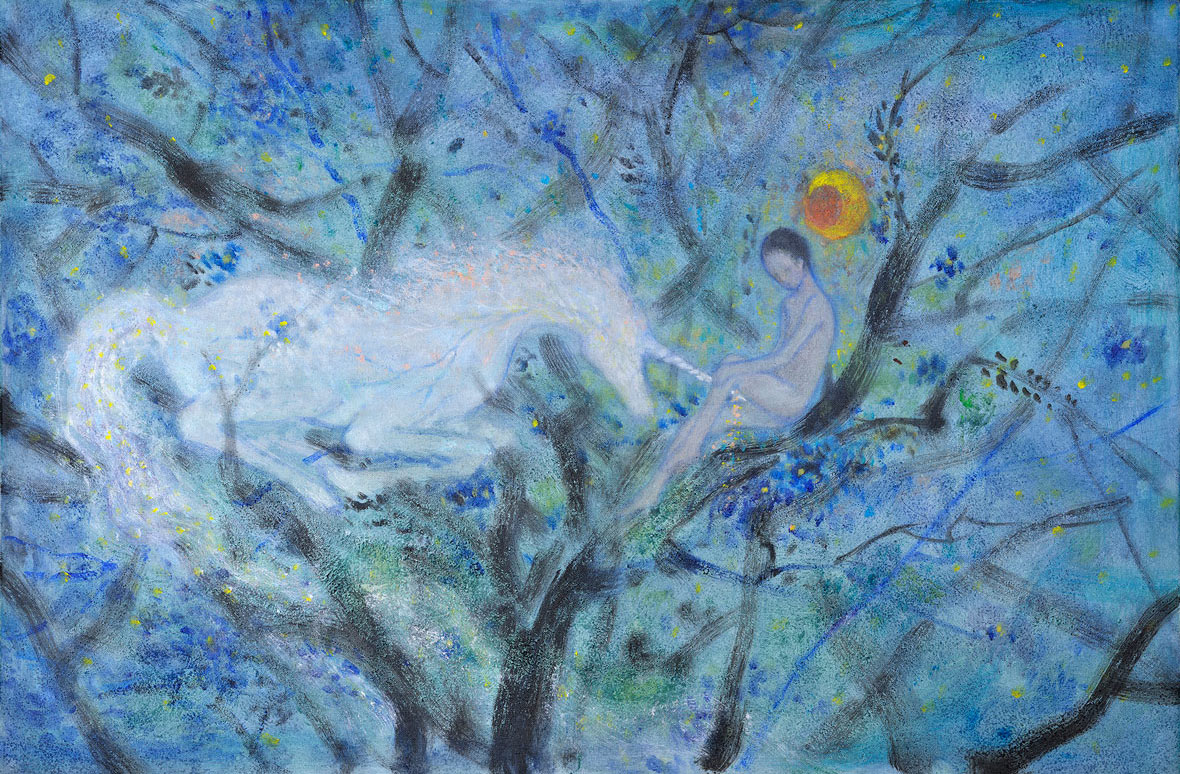 The Mermaid and the Red Candles doesn’t have a happy ending or a sense closure. There’s no repentance or redemption, but it does leave plenty of room for personal interpretations. And in a way, it’s similar to sheep’s artwork now, which all have concisely constructed narratives that still leave much to the imagination of viewers. In Narcissus, sheep’s latest compilation book of his recent works, he even features an illustration based on Ogawa’s story. 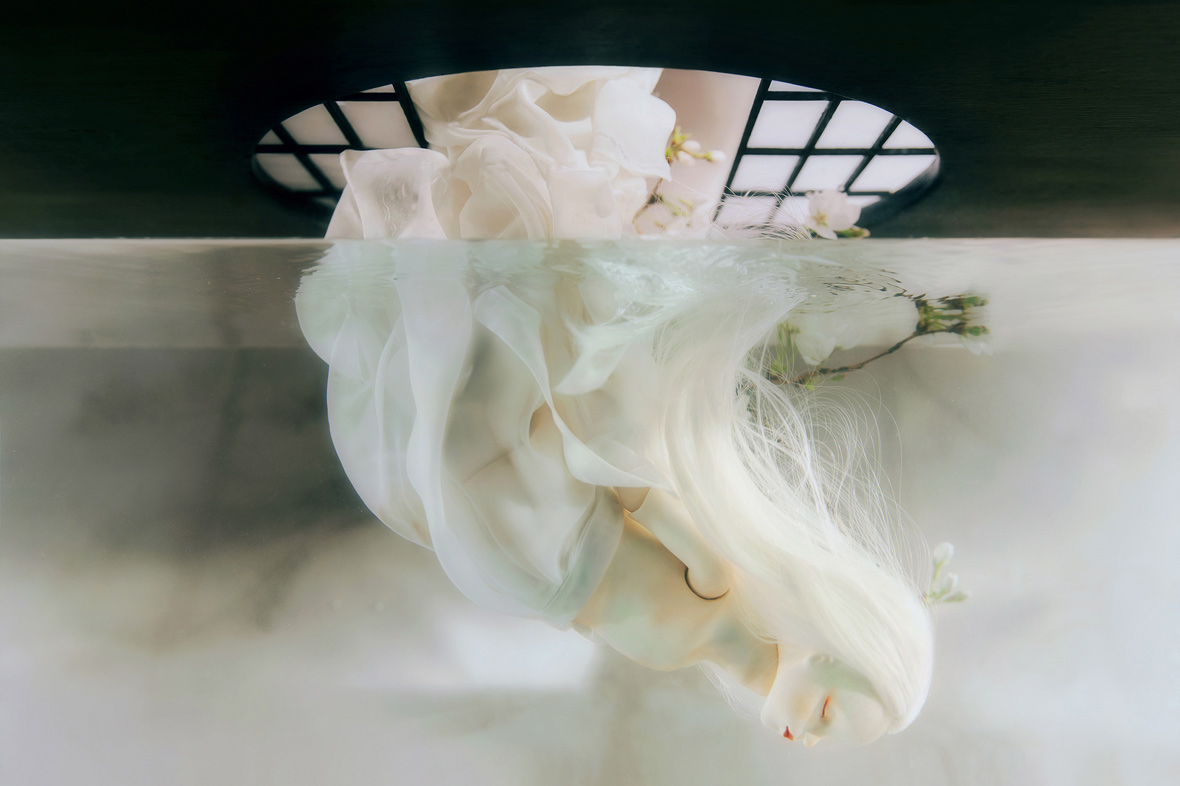 Despite sheep’s impressive illustrative works, his interests and skills have gone beyond illustration alone. He originally comes from a background in ceramic design and has always been infatuated with sculpting. Eager to break the constraint of mediums, he began learning how to make sculptures and figurines by himself. His White Deer sculpture is even based off an earlier illustration of his. As part of the project, he also enlisted the help of photographer Ko Rou, to stage and set up a variety of scenes with the completed figurine. 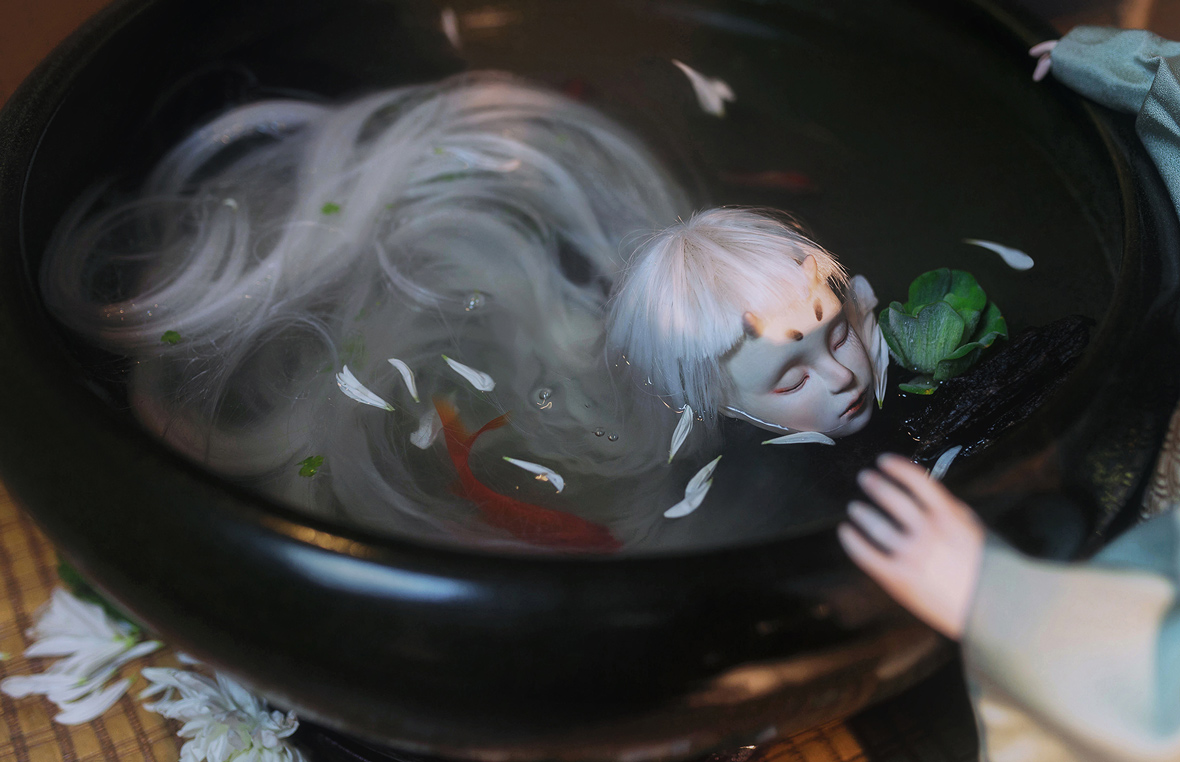 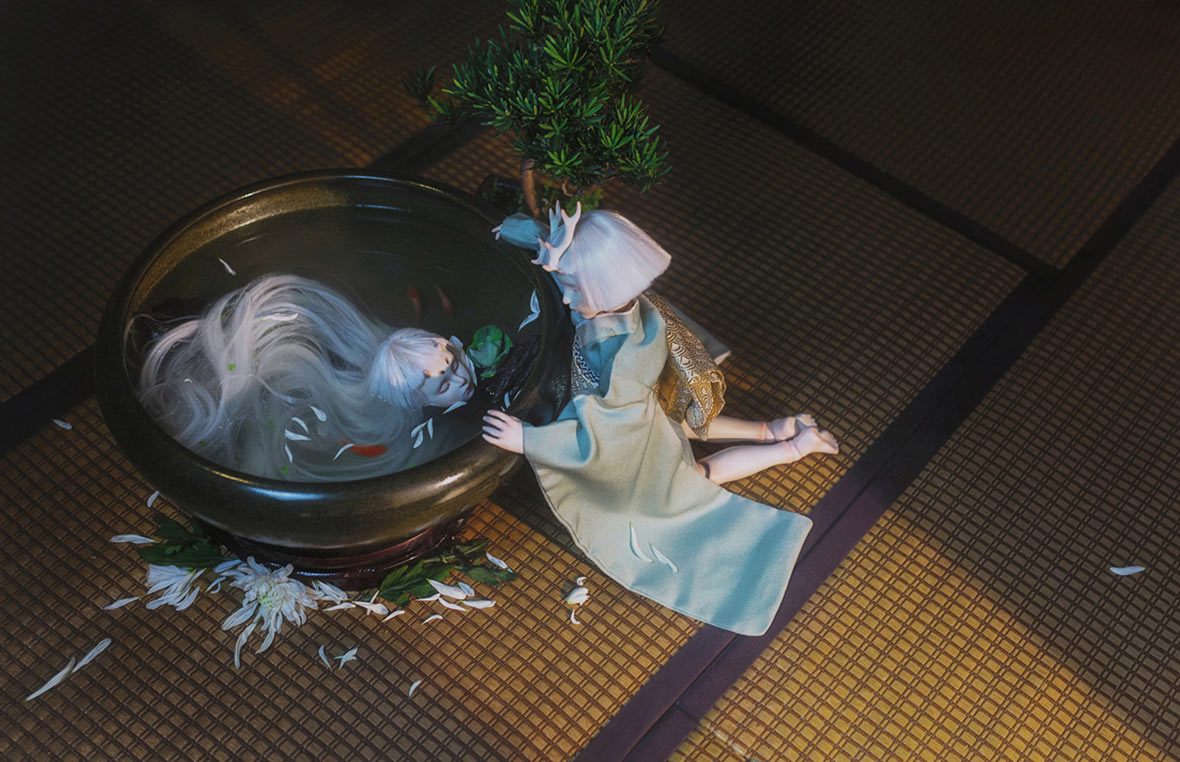 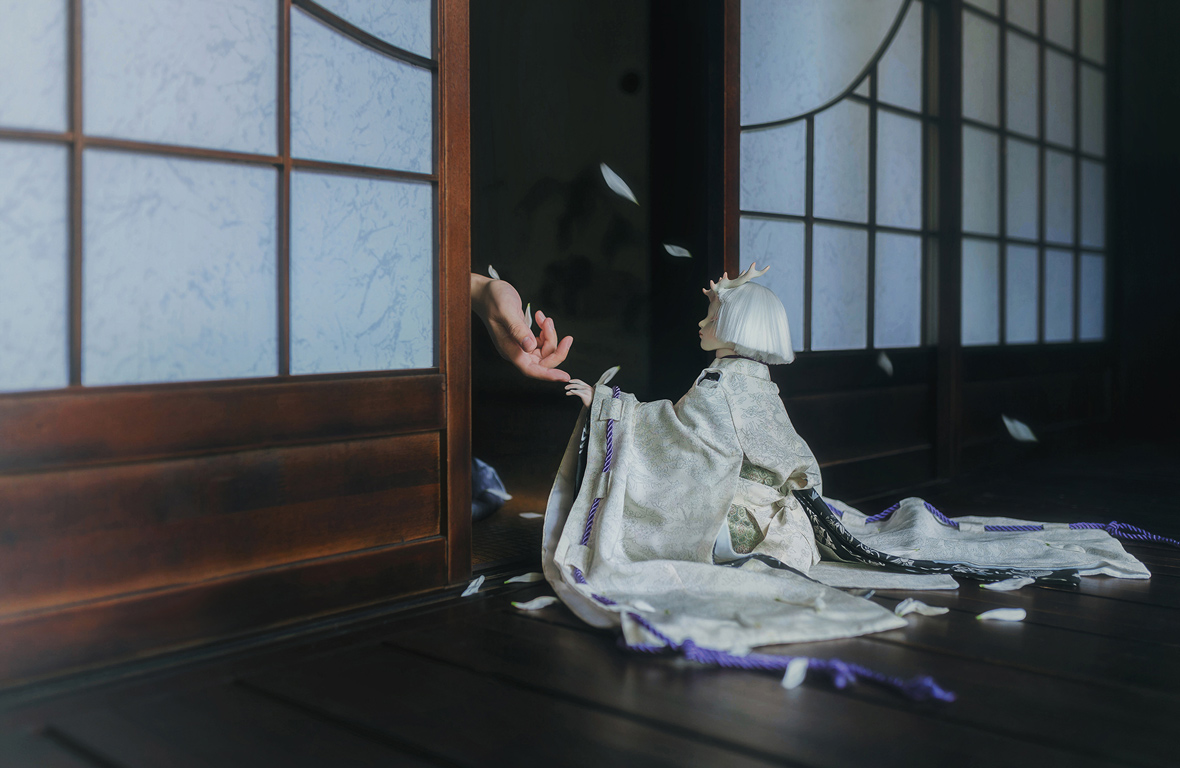 As our discussion meandered and we began chatting about the movie Ghost in the Shell 2: Innocence, sheep comments that he believes art often conveys messages that surpass the original intent of the work. “Creation is like eating. It’s to satisfy an appetite. Completing an idea gives you an unparalleled sense of gratification. When I’m creating, I don’t immediately define what concepts or ideas I want to convey through it. When other people view my work, they might be looking at an authentic piece of my soul, but to them, it could be completely meaningless.” 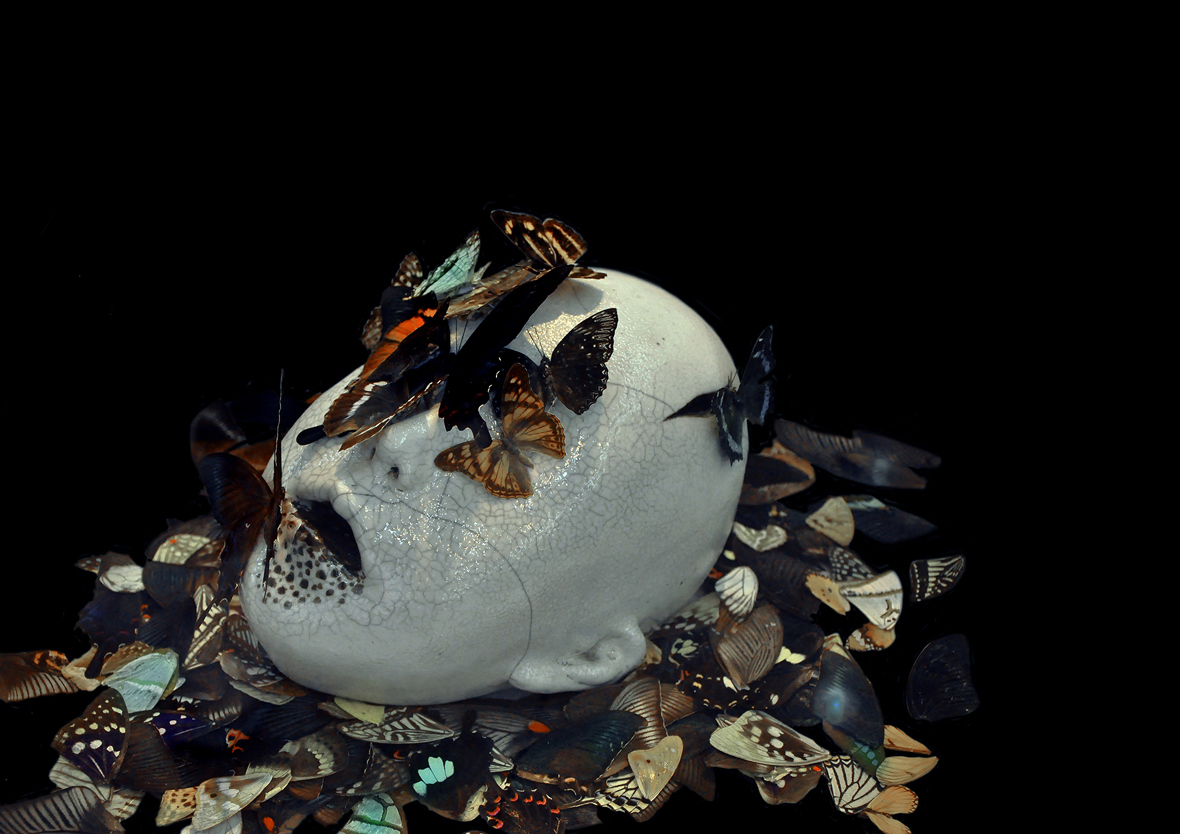 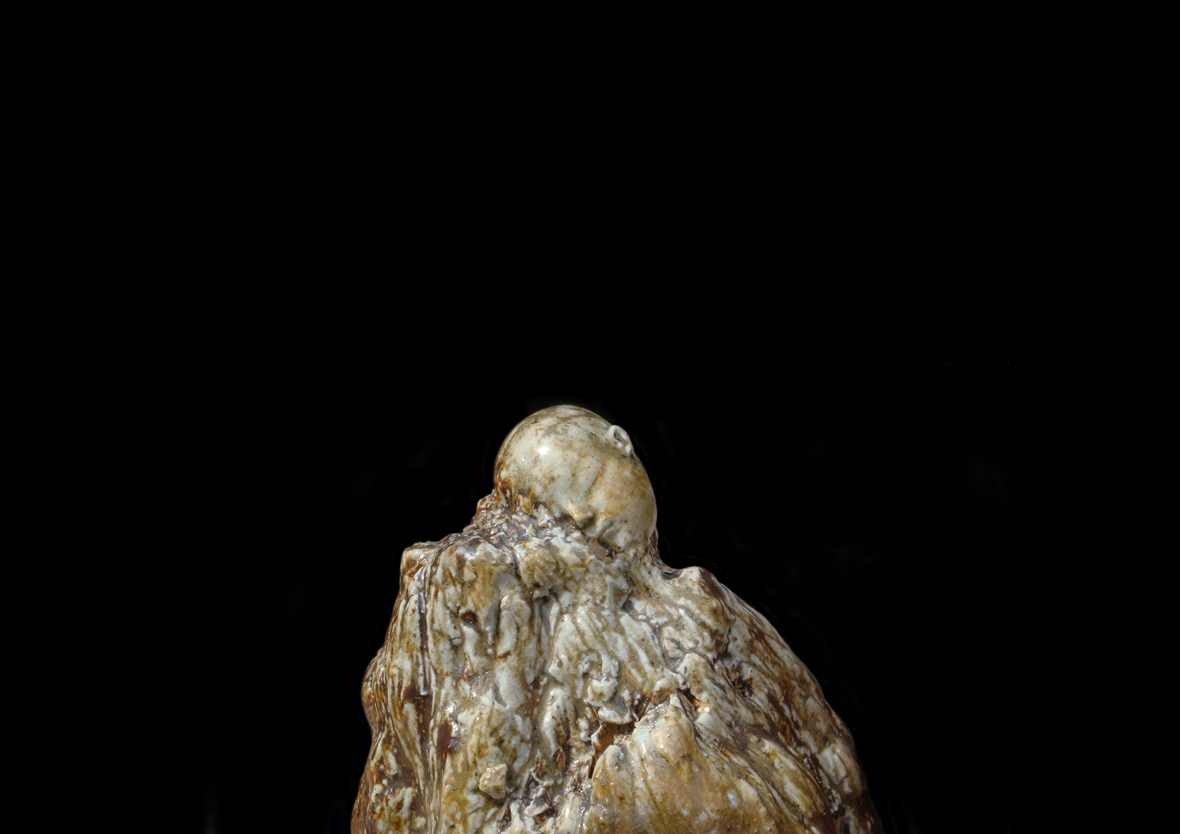 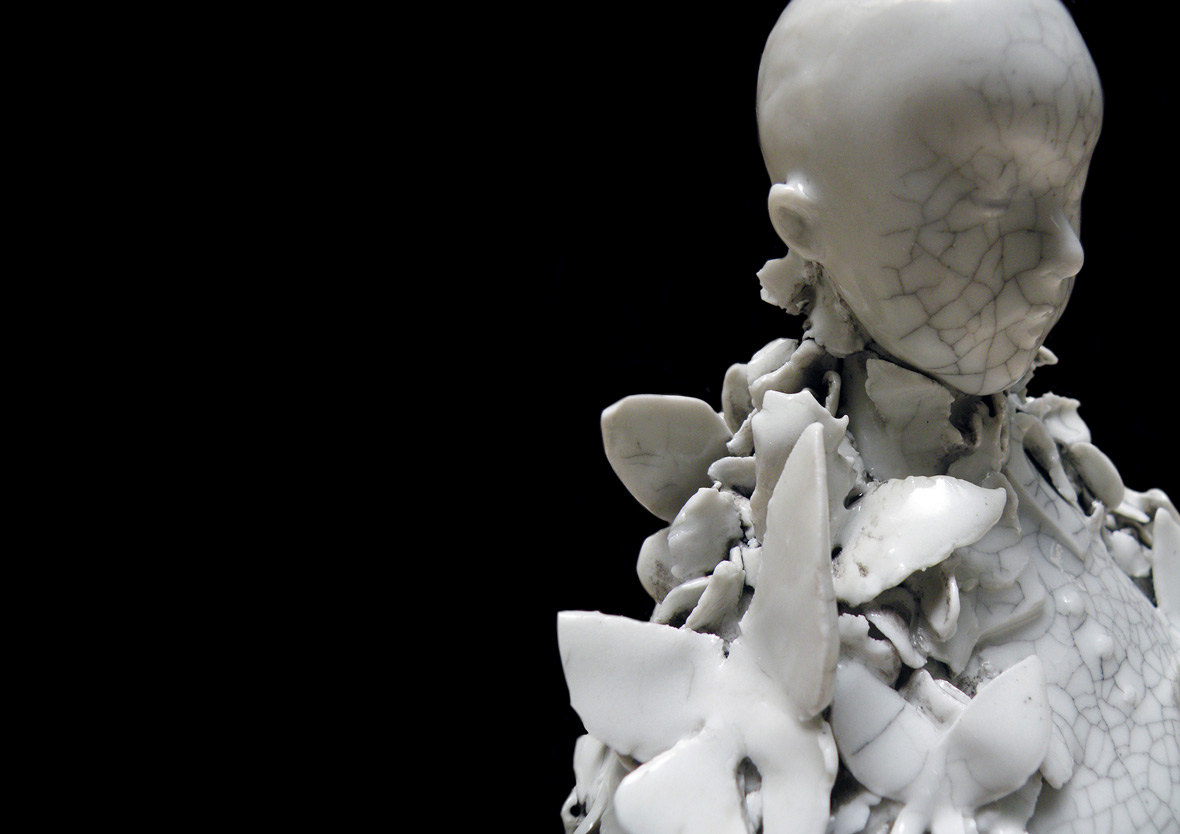 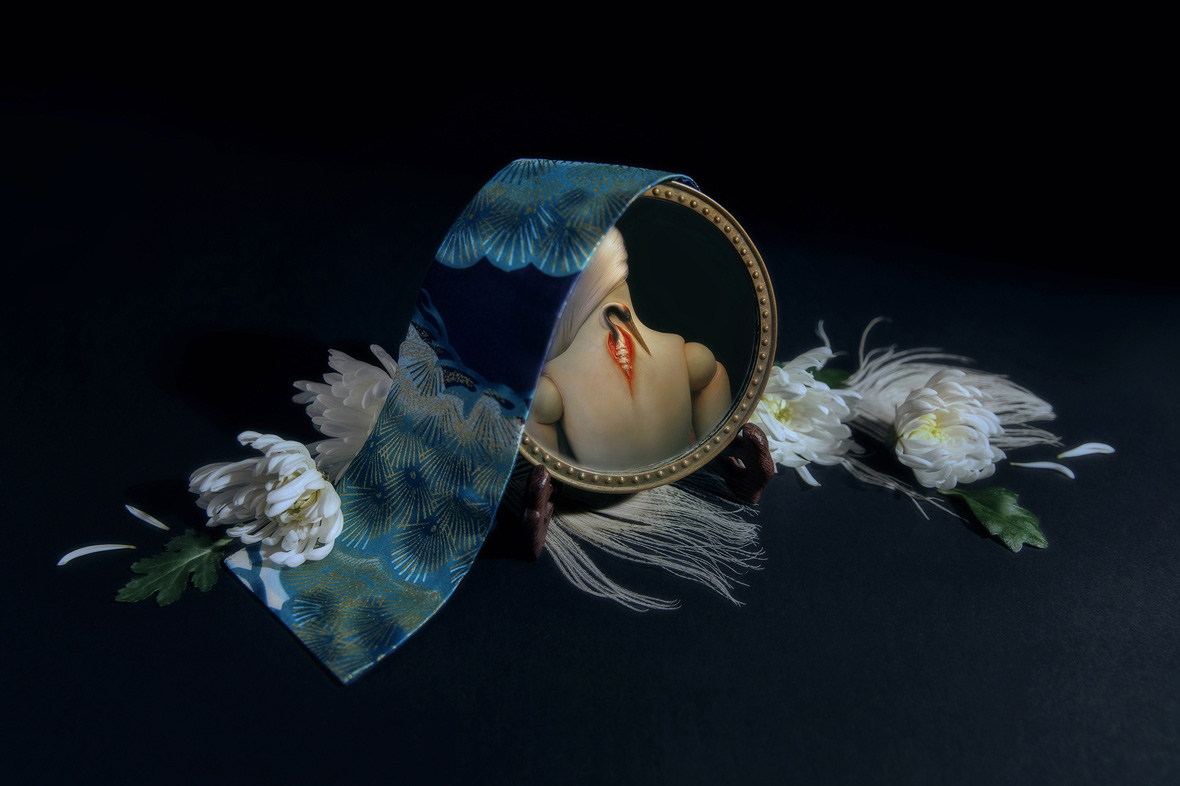