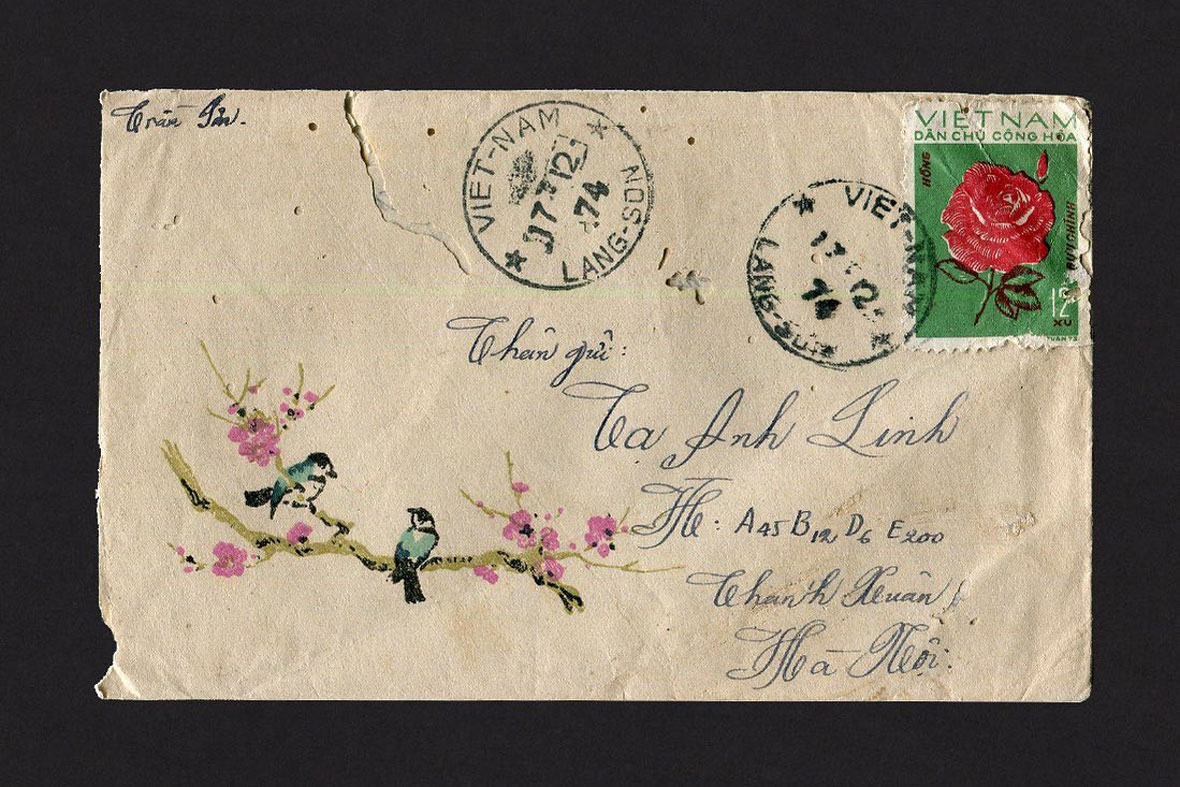 The art of communication is no longer what it once was.

Letter writing in particular can seem like an irrelevant medium, superseded by memes, emojis, and even Instagram stories. But in such an era, the sincerity of a handwritten letter can be that much more meaningful. There’s an unparalleled human warmth that comes with putting ink to paper, and there’s no way that it can be replaced by text scrolling by on a screen. Penned missives are particularly meaningful for Duc Luong, a Saigon-based illustrator who runs Buu Hoa, a project archiving old stamps and letters from Vietnam. “I believe that writing and sending letters is a sacred thing,” he says. “You breathe your stories, your emotions, and all that you want to say, into a blank piece of paper. You look at your own handwriting, which is your personal mark. You fold the letter, seal the envelope, paste the stamp, and finally send it to the post office. Every step is intimate and intricate.” 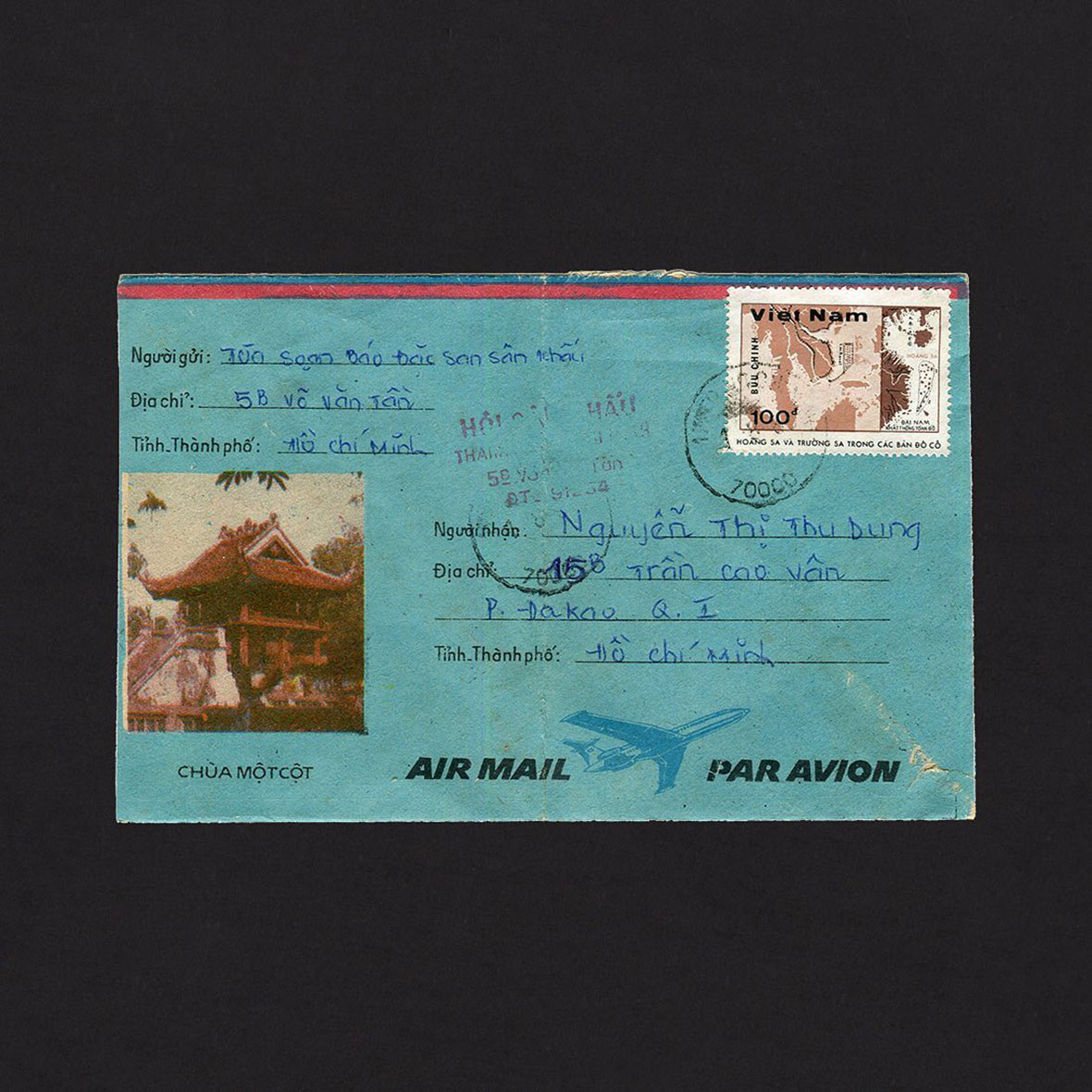 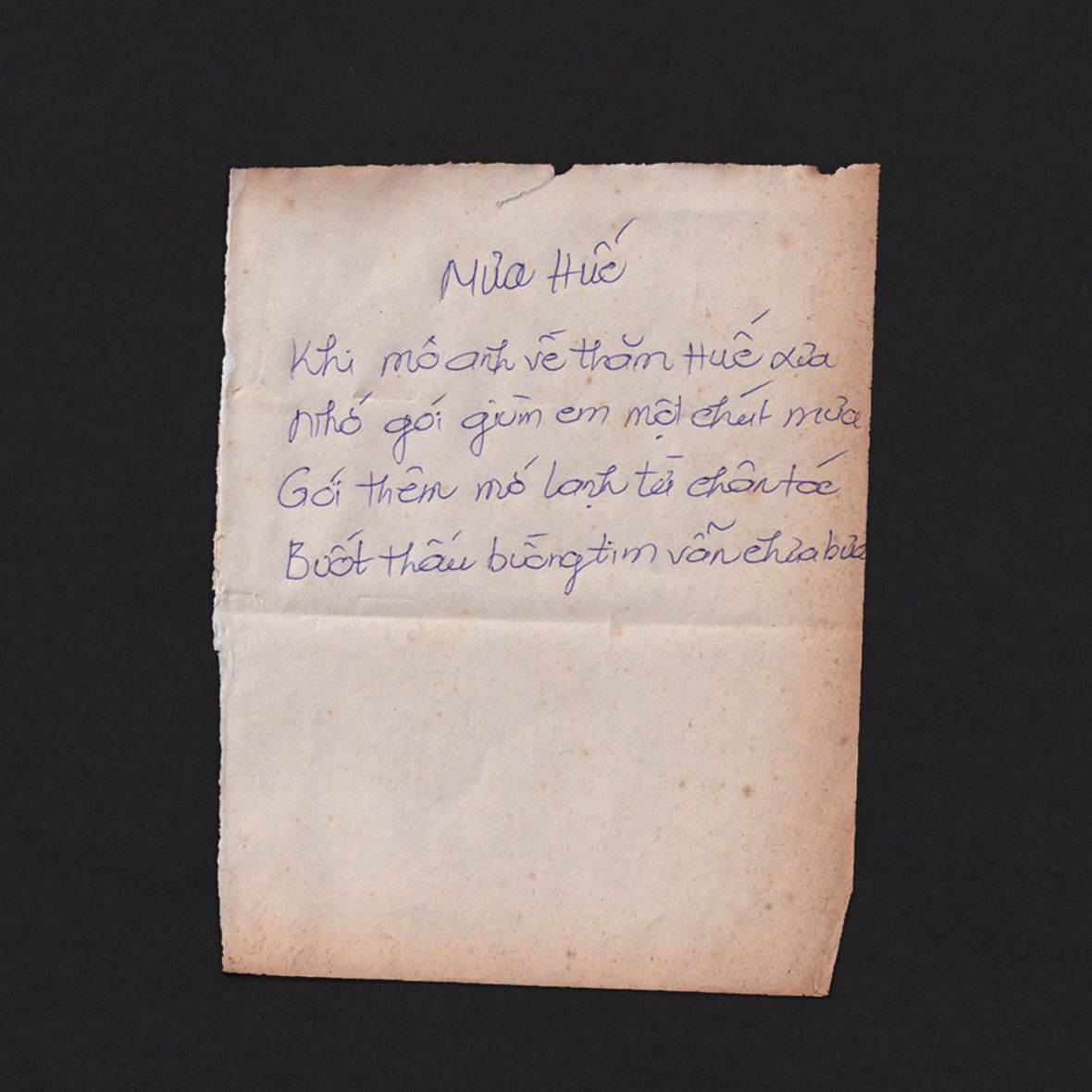 Between 1955 and 1975, Vietnam was a war-torn country where families and close friends found themselves separated by the ongoing conflict; the only method of communication was often by writing letter. As a child, his parents and grandparents recounted the hardships in staying in contact with loved ones during that era. “Sadly, as I’ve grown up up, I’ve forgotten the details of these stories from the letters or my grandma,” he admits. “I’ve lost the magical innocence of being a child. Still, I know that their emotions are inside me, fueling every project I do, whether it’s Buu Hoa or my art.” 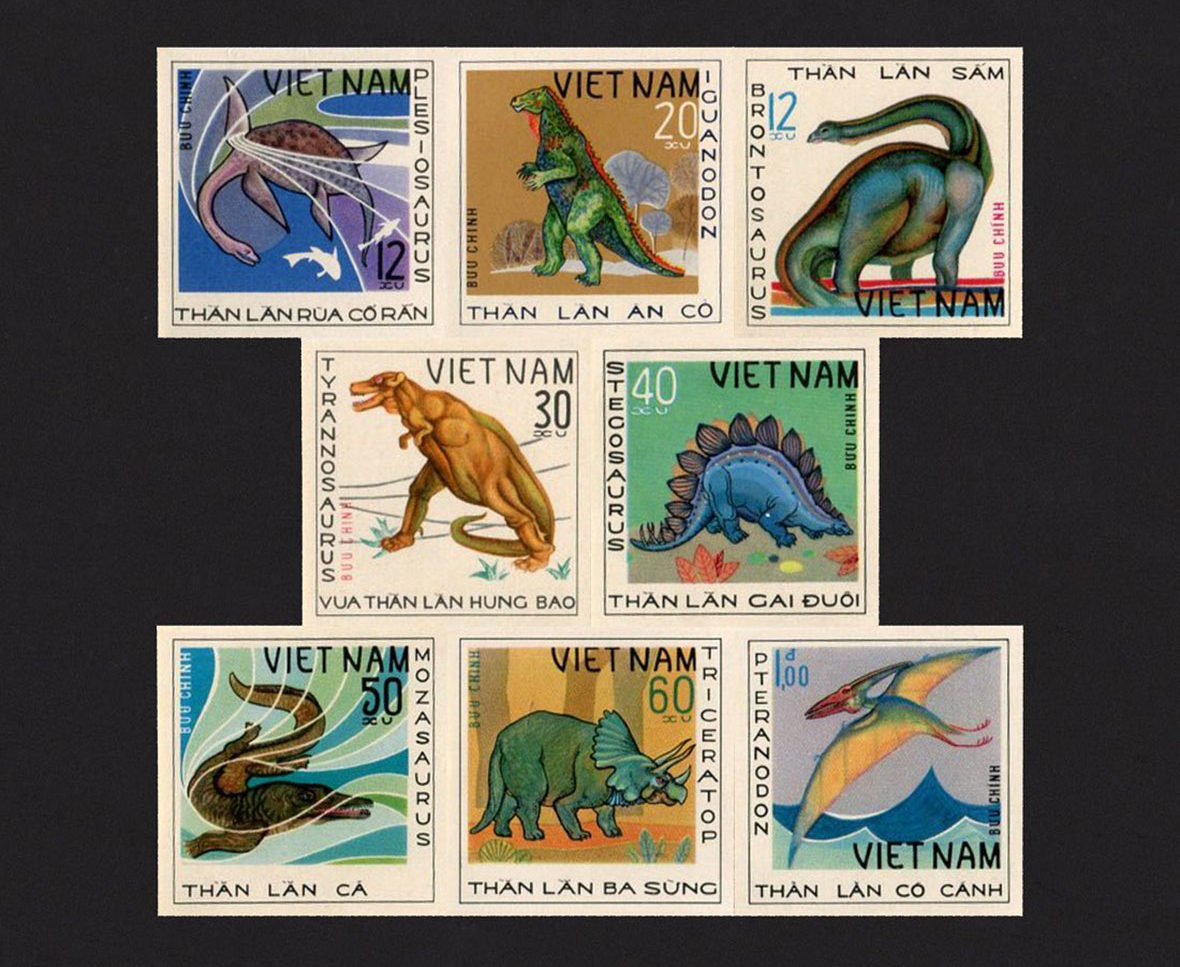 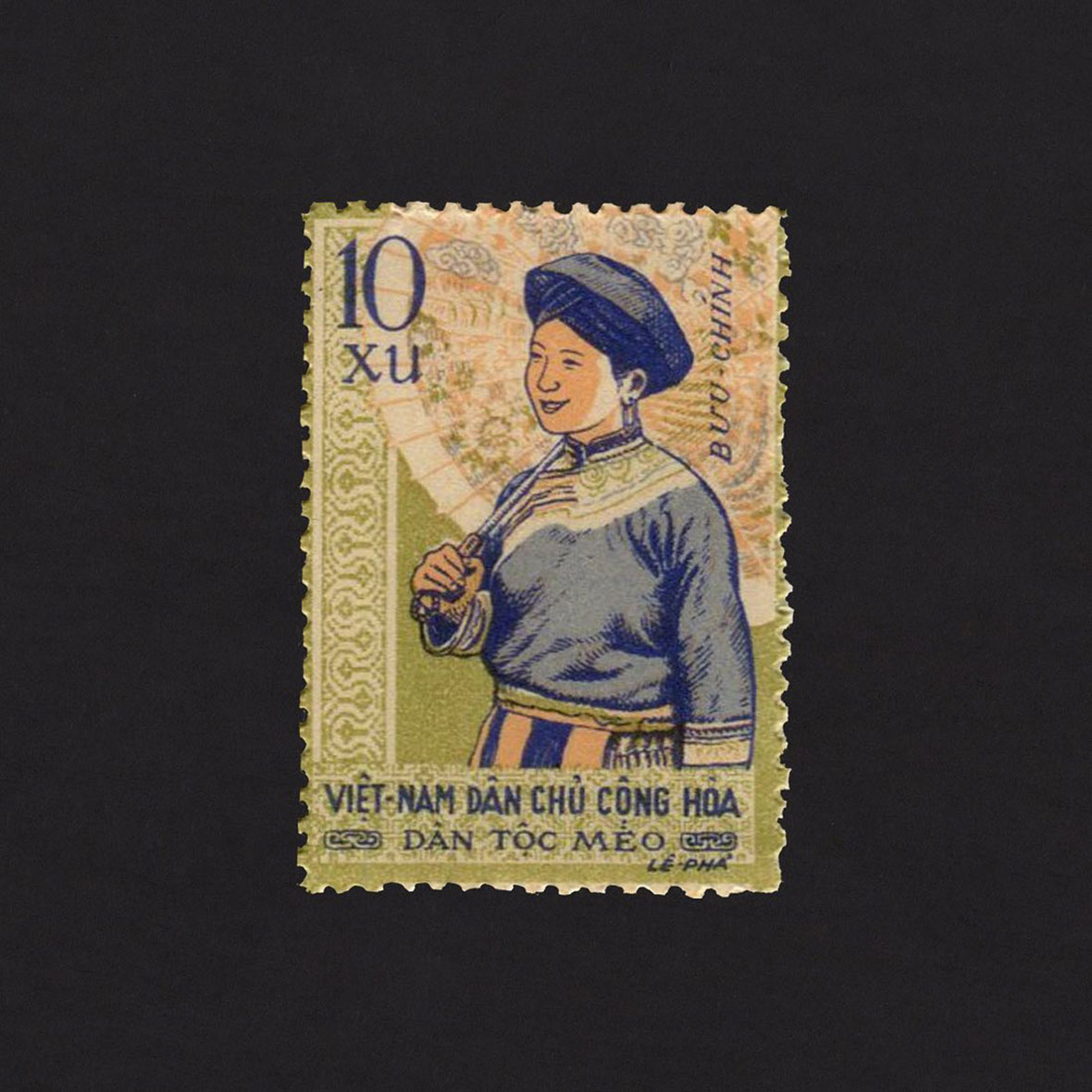 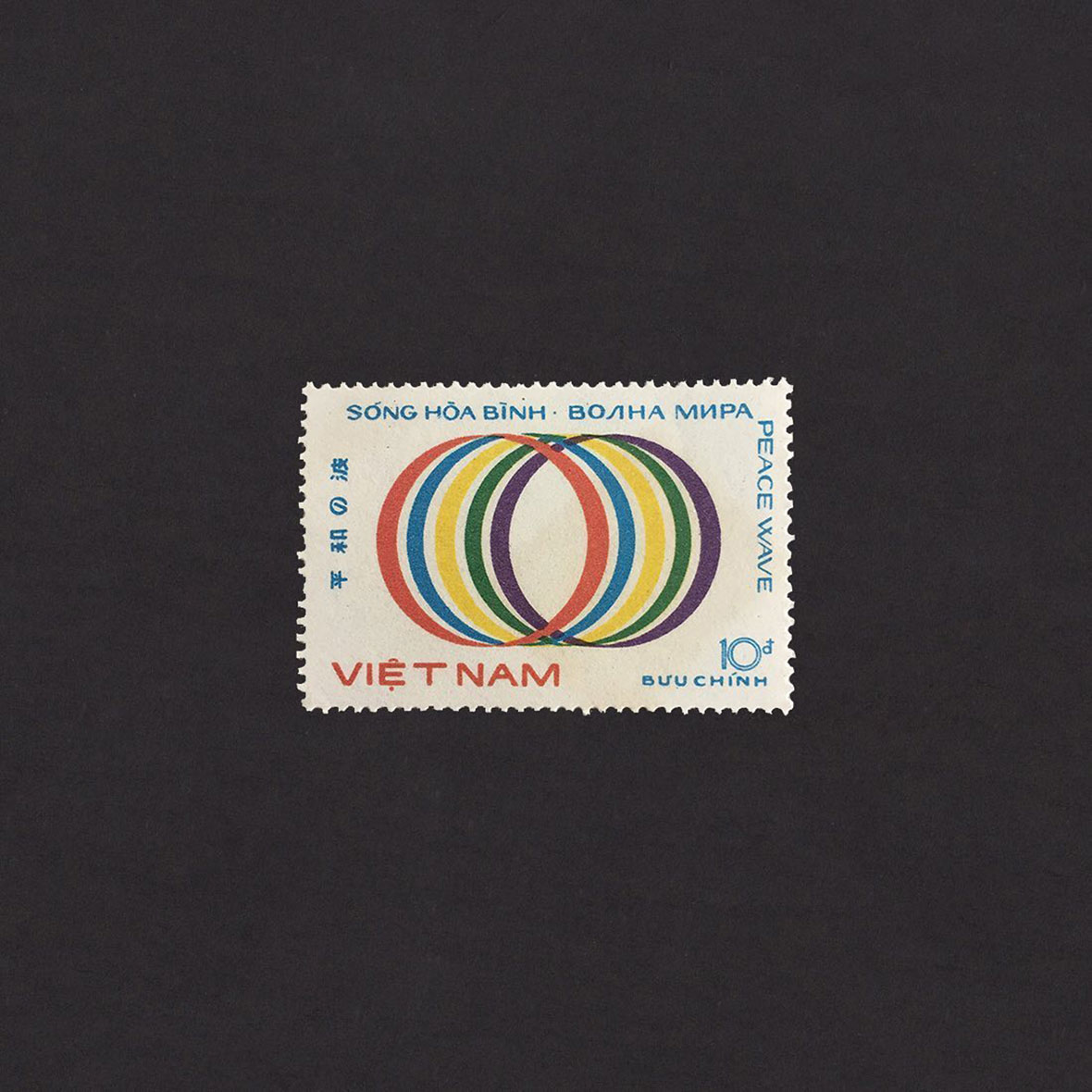 In fact, stamps ended up becoming Duc’s launchpad into the creative world. In 2015, when he visited his hometown of Hue with his parents, he became close with his uncle, a quirky hobbyist with an affinity for collecting labels, album covers, and stamps. “I told my uncle about my passion for drawing,” Duc recalls. “He smiled and nodded, and came back with a very special gift: an old box containing everything that he had collected over the last 30 years. Along with the box, my uncle said to me: ‘Maybe you can study from these stamps. Look at them, look at their harmonized colors and forms and emotions, all that an artist can put into a tiny little thing.’” 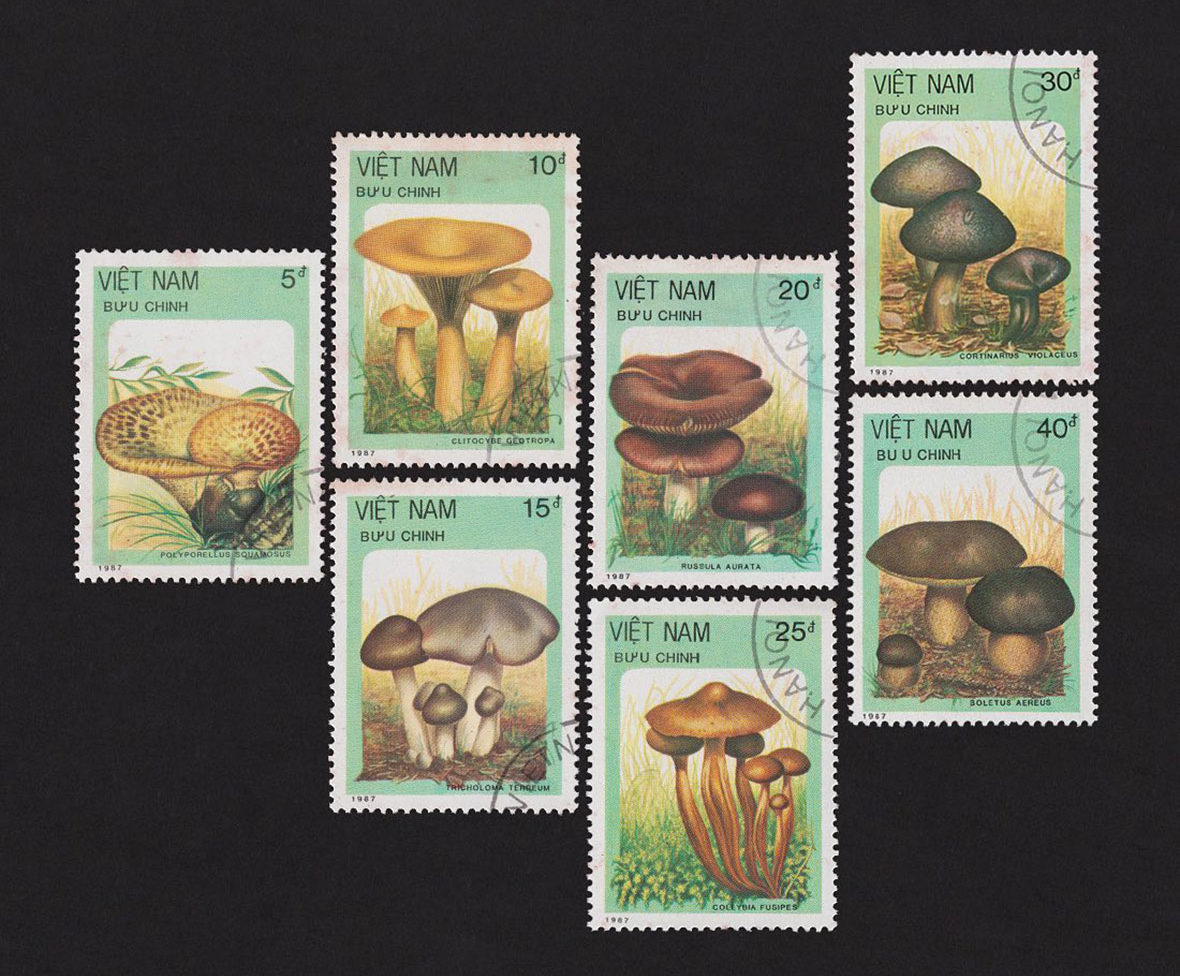 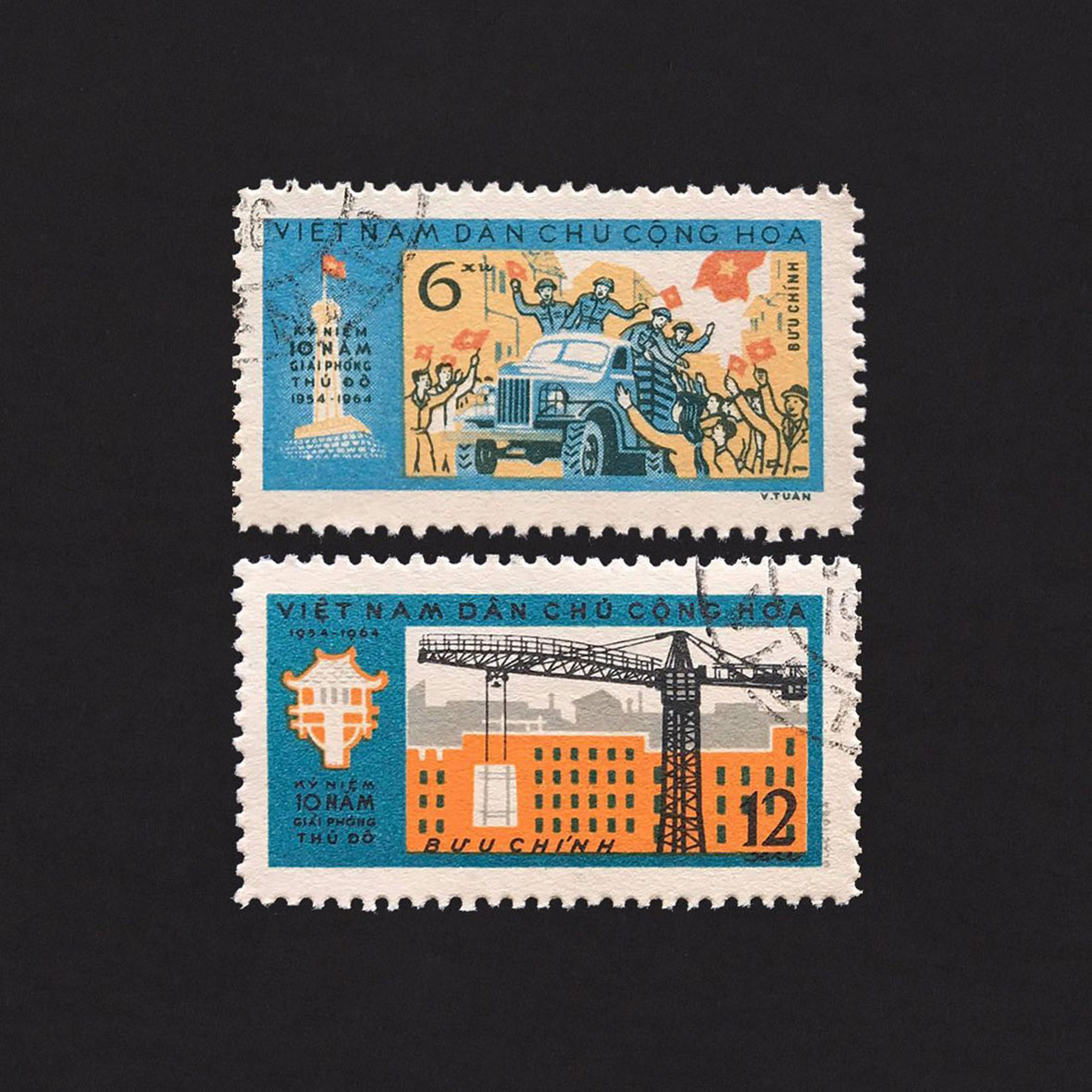 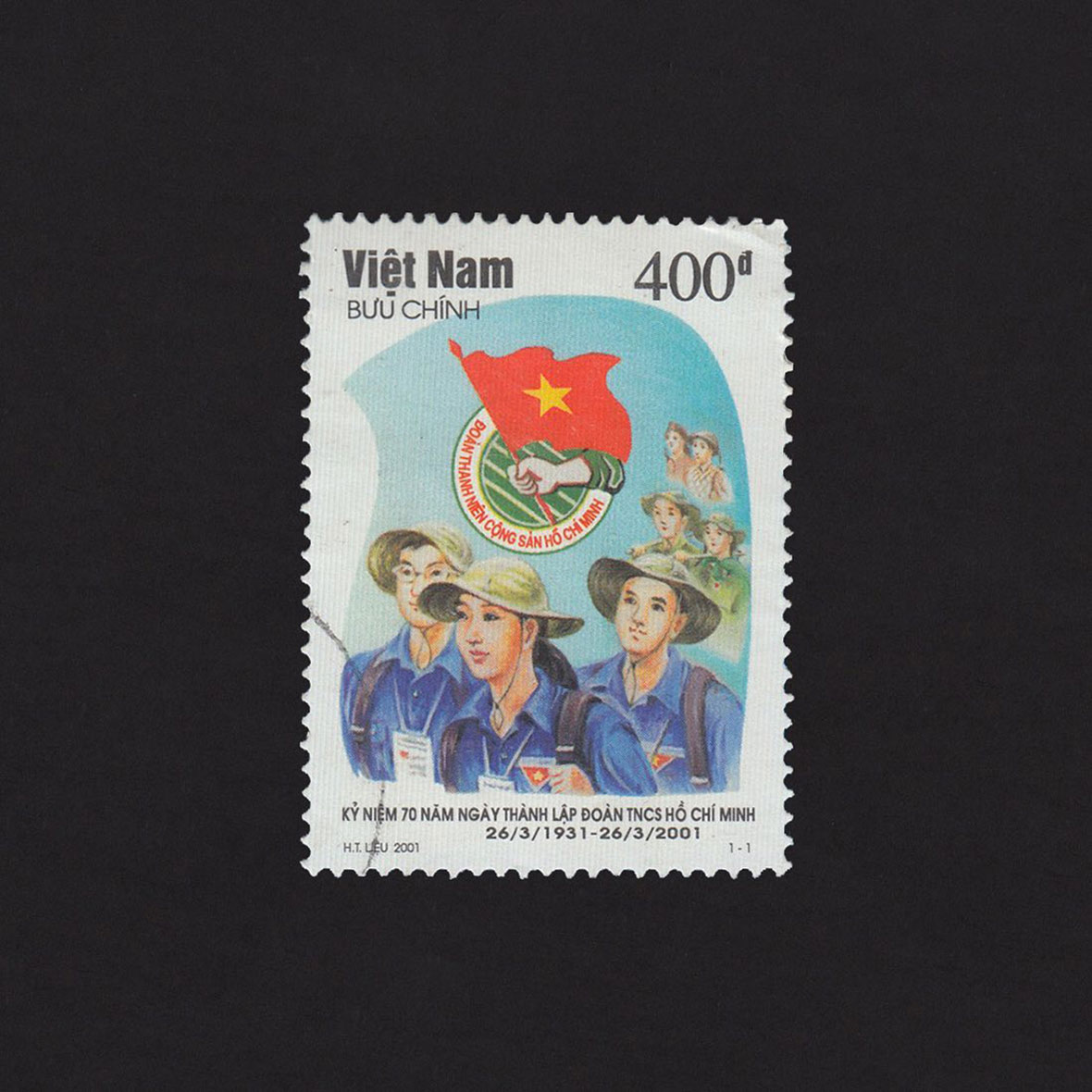 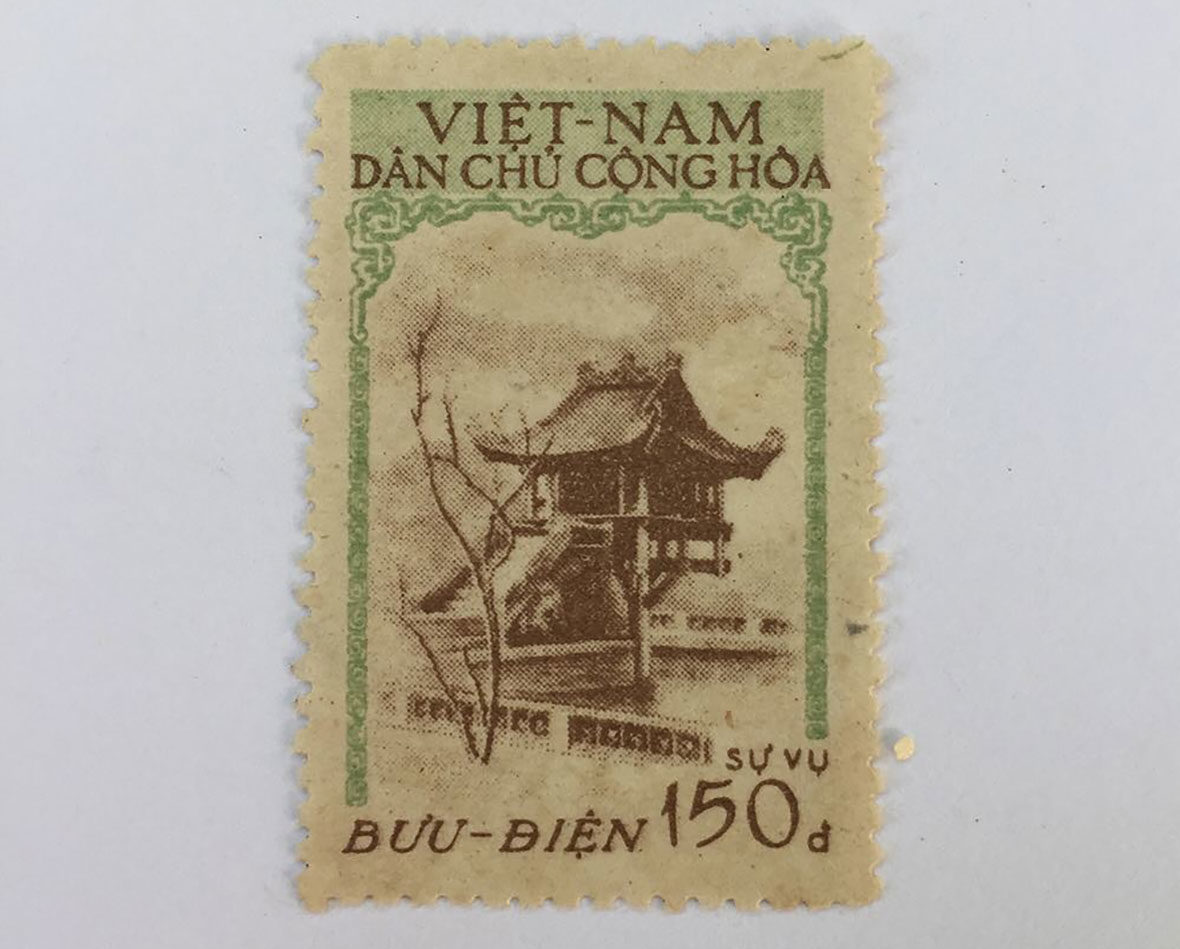 The vintage graphics of stamps captivated his imagination so much that he began collecting them himself. The idea that so much work and thought might’ve gone into one of these designs, only for them to eventually be forgotten and unseen by the world. The ephemerality of his collection is what makes each item incredibly meaningful for him.

When he first began the idea of putting together a stamp archive, he scoured antique markets in Saigon in search of interesting collectibles. The first stamp that he entered into his collection was from a stamp dealer. The stamp, titled “One Pillar Pagoda,” depicted a historic Buddhist temple in Hanoi and was released on December 22, 1957.

But even before buying this stamp, he often visited a stamp fair that was hosted weekly at the Fine Arts Museum in his city. He recalls the initial surprise of the vendors and visitors. “The participants were mostly seniors remembering past times and buying and selling stamp,” Duc says. “I remember their surprised reaction when they looked at me, a thin little young man, visiting every weekend and asking to photograph the beautiful stamps, as I didn’t have much money back then.” 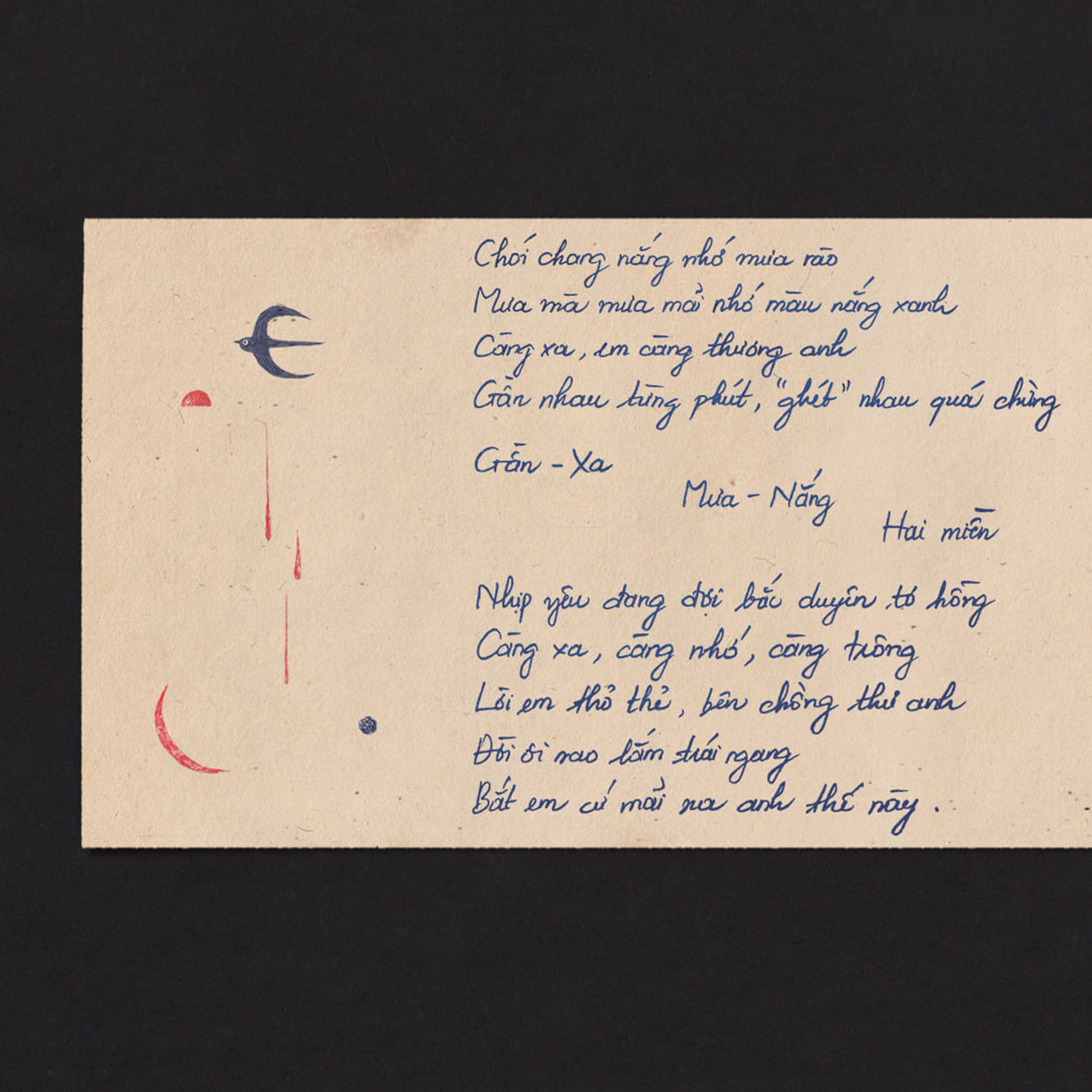 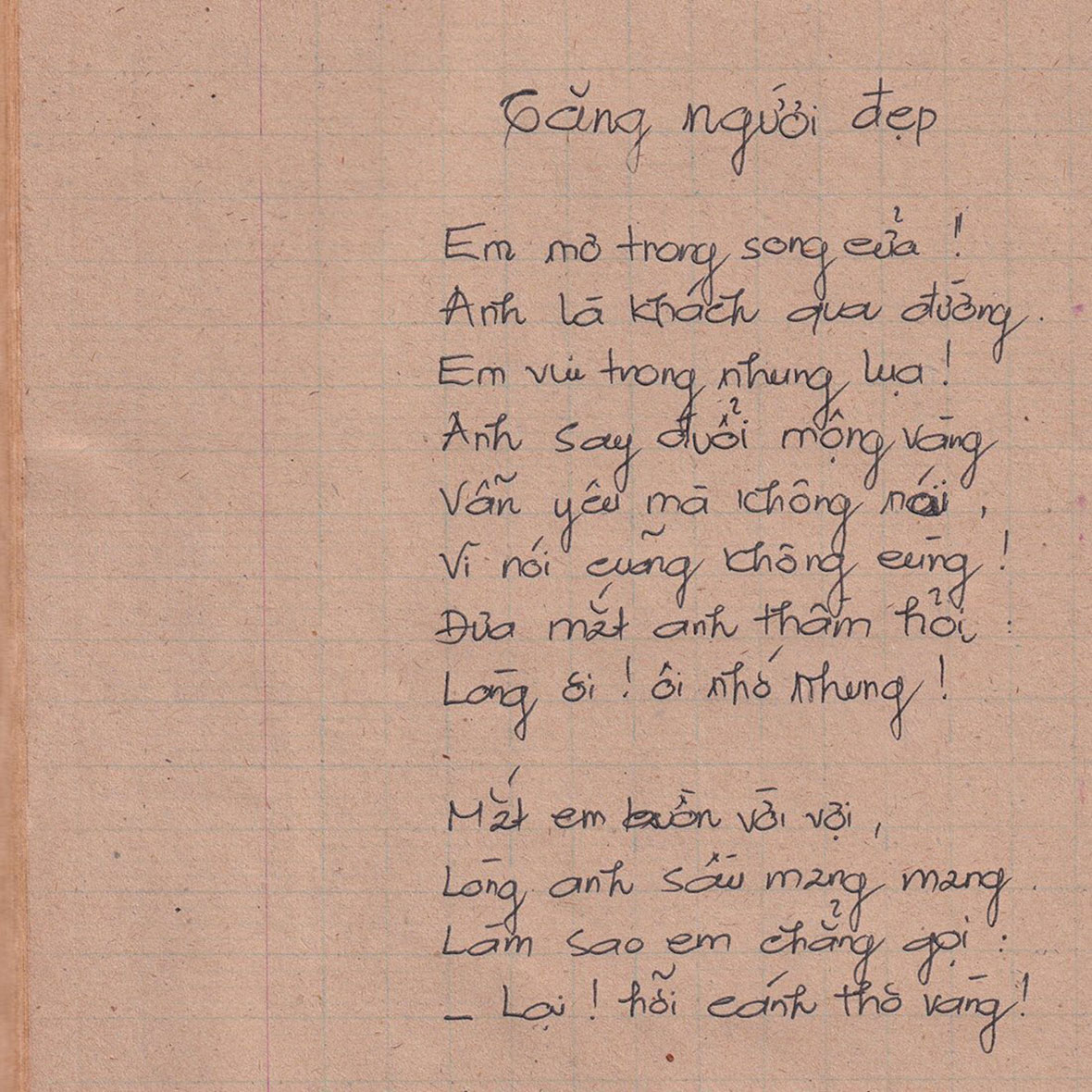 On the other hand, the letters that Duc has begun collecting have been usually discovered by complete chance. He’s stumbled across scrap dealers or antique shops while out on an errand or looking for a place to eat, and there, these old letters lay in undisturbed piles, unread for years. “There, the letters lay in a corner, forgotten by the world, but I’m sure they must be waiting for me,” he says. “Time may pass, and the ink may fade, but a letter exists perpetually in the present.” 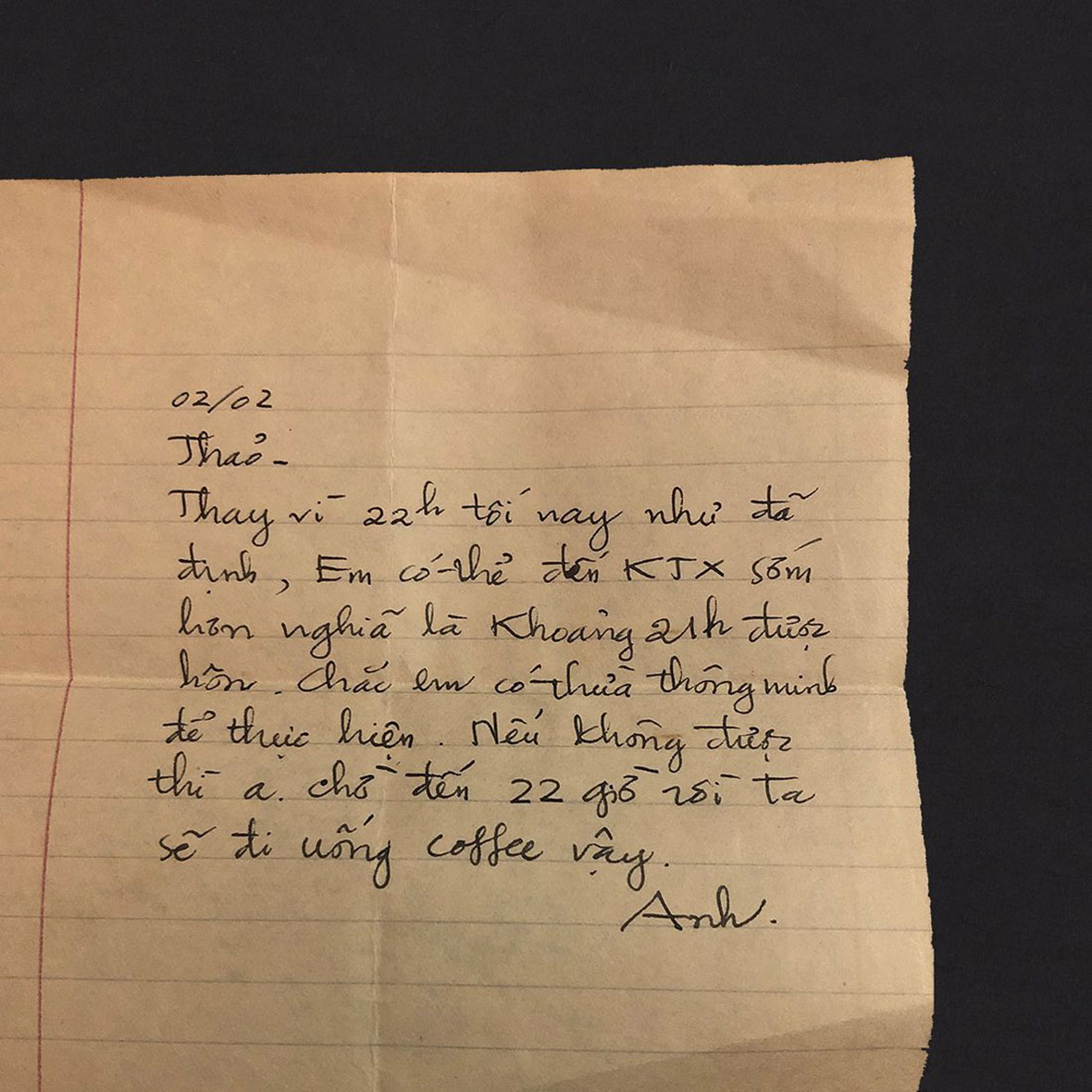 Of all the letters that Duc has featured in the project, his favorite is one sent from a boyfriend to a girlfriend detailing an upcoming scheduled date. “To sum it up, the man was to meet his girlfriend, Thao, at 22:00 in the evening, but he wanted her to come sooner,” he grins. “But if she couldn’t, then they would hang out at the expected time. He teased her in a loving way. I estimate that the letter was written after June 1978, based on the military stamp published at this time. The thing I love about this letter is that it reminds me of how different people communicated in the past. In our modern time, sending and receiving a text message via your phone is so simple. One second and it’s done. But back then, to even rearrange a date, a hand-written letter was needed. In a way, it is more personal, and even a small note is something to be remembered. And I wonder whether the couple did meet that distant evening.” 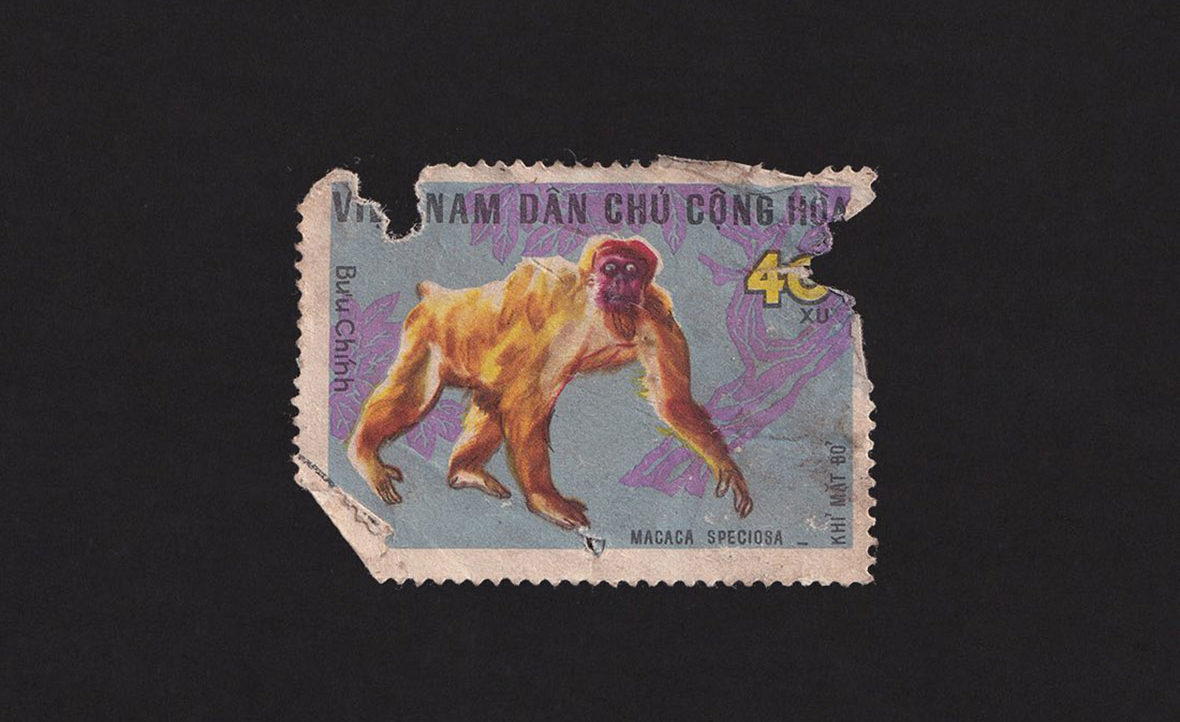 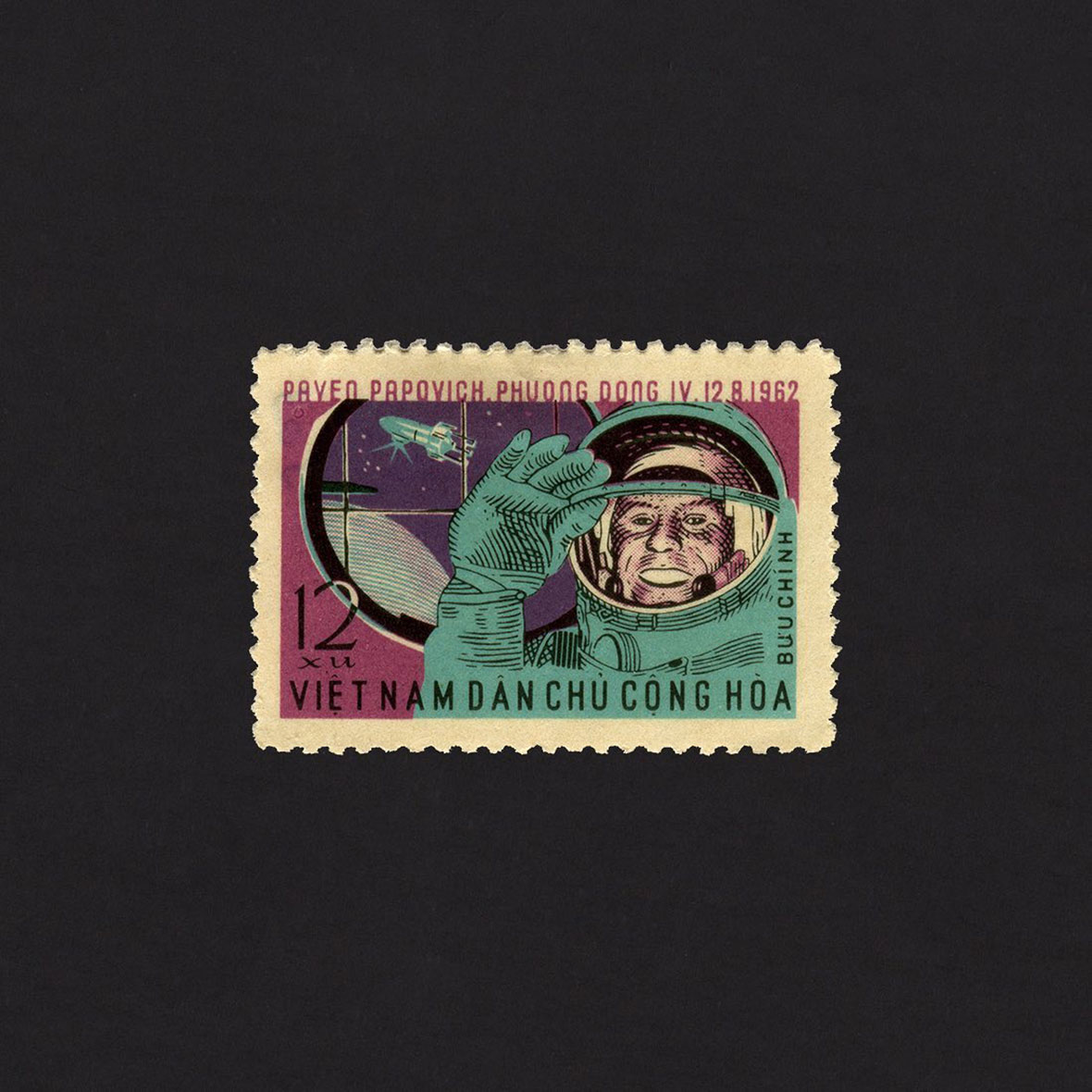 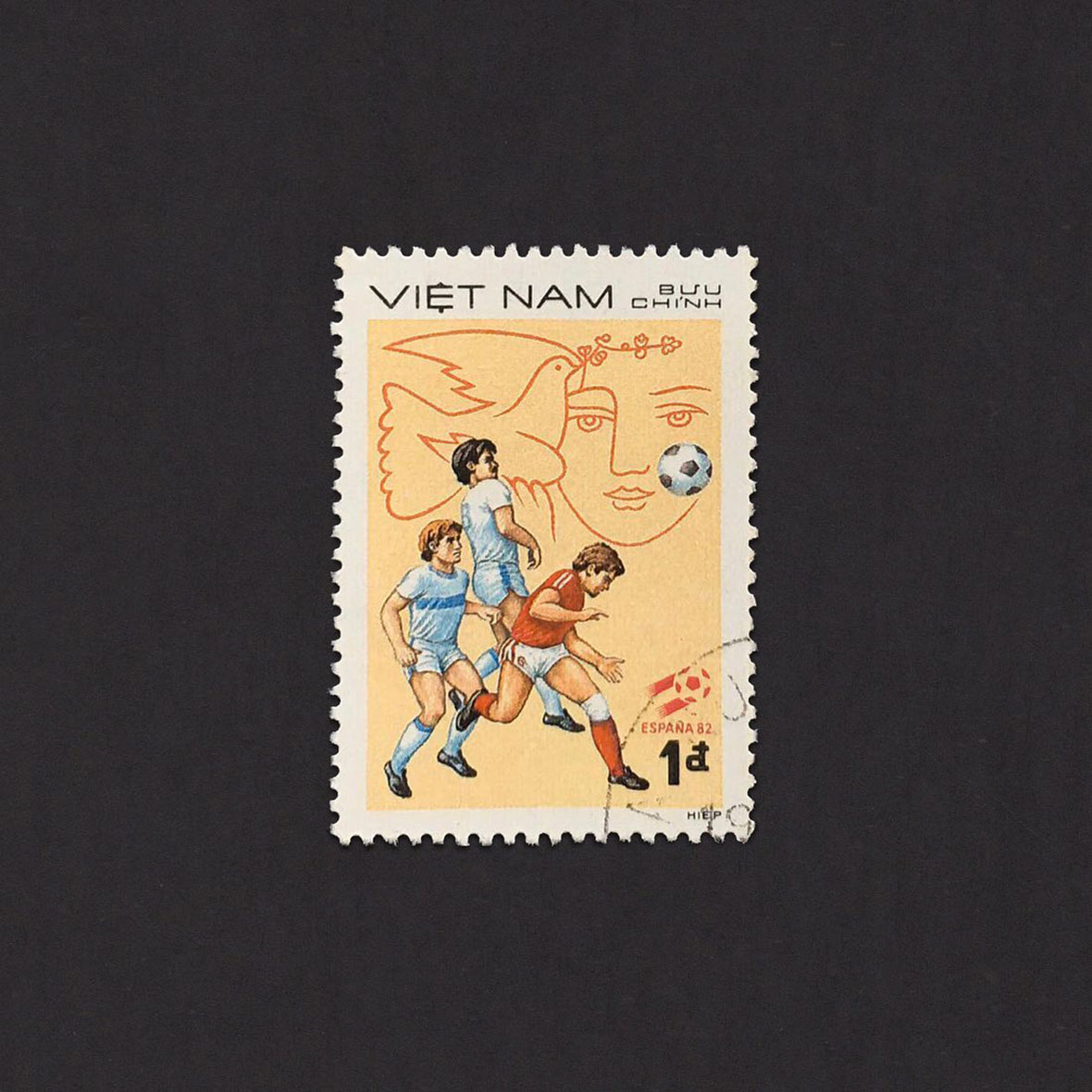 The project title Buu Hoa is a Sino-Vietnamese word that was widely used to reference postage stamps prior to 1975. “The previous generations lovingly used the word, and now remember it with nostalgia,” Duc explains. “Poetically speaking, ‘Buu Hoa’ is ‘The Flower on The Letter.'”

And like flowers, Duc acknowledges that the project must be tended to with care. Even though he’s occupied with a full-time job, he believes the past is worth preserving. “I know the beautiful flowers will grow, and it motivates me to continue forward,” he says. “Every moment of the present will become the past. And the past is irrecoverable, that’s what makes it so important. Each person’s part is different, and their memories and stories are totally unique, whether they choose to remember it or not.”