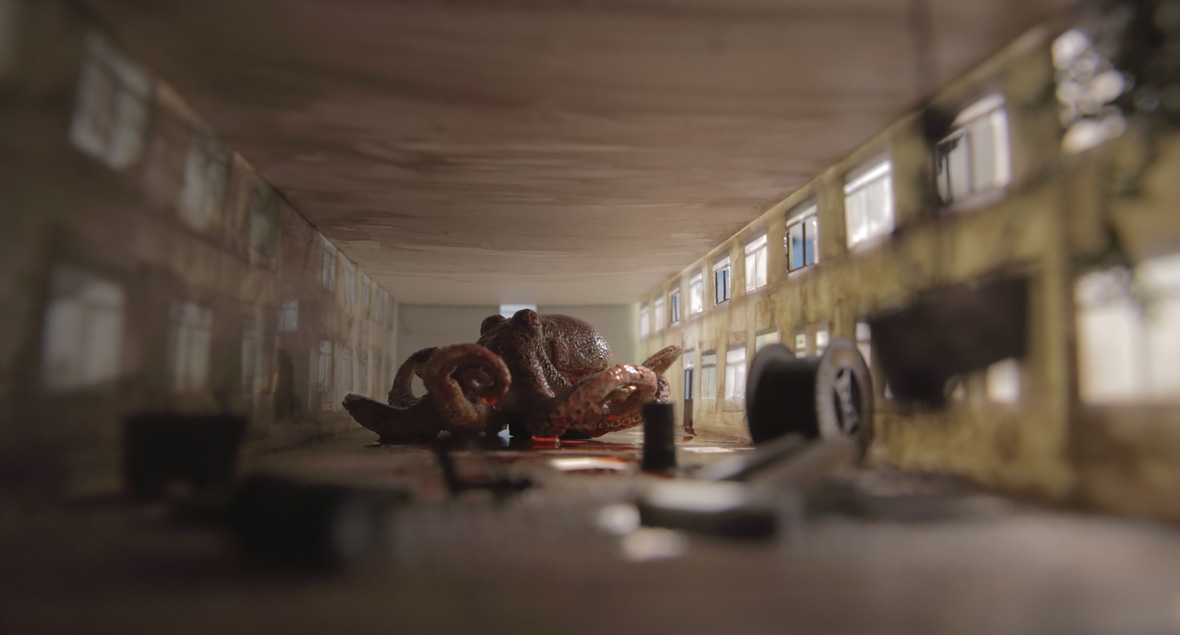 Guangzhou-born artist Cao Fei uses her art as a medium to discuss life, culture, and societal issues. Being amongst the first generation of artists to grow up after China’s reform and opening up to the world, her aesthetics and creation process have been influenced by both Eastern and Western culture. Cao Fei’s frequent participation in the Venice Biennales, and her impressive body of work has led to her being known as one of the most influential young artists in China. Her video installation Whose Utopia? is part of Tate Modern’s collection in London. She also spent three years working on RMB City, a virtual city completely built in the online game Second Life; an entire chapter in the book Art Since 1900 is even devoted to the project. Neocha recently chatted with Cao Fei about her philosophy in art and in life. 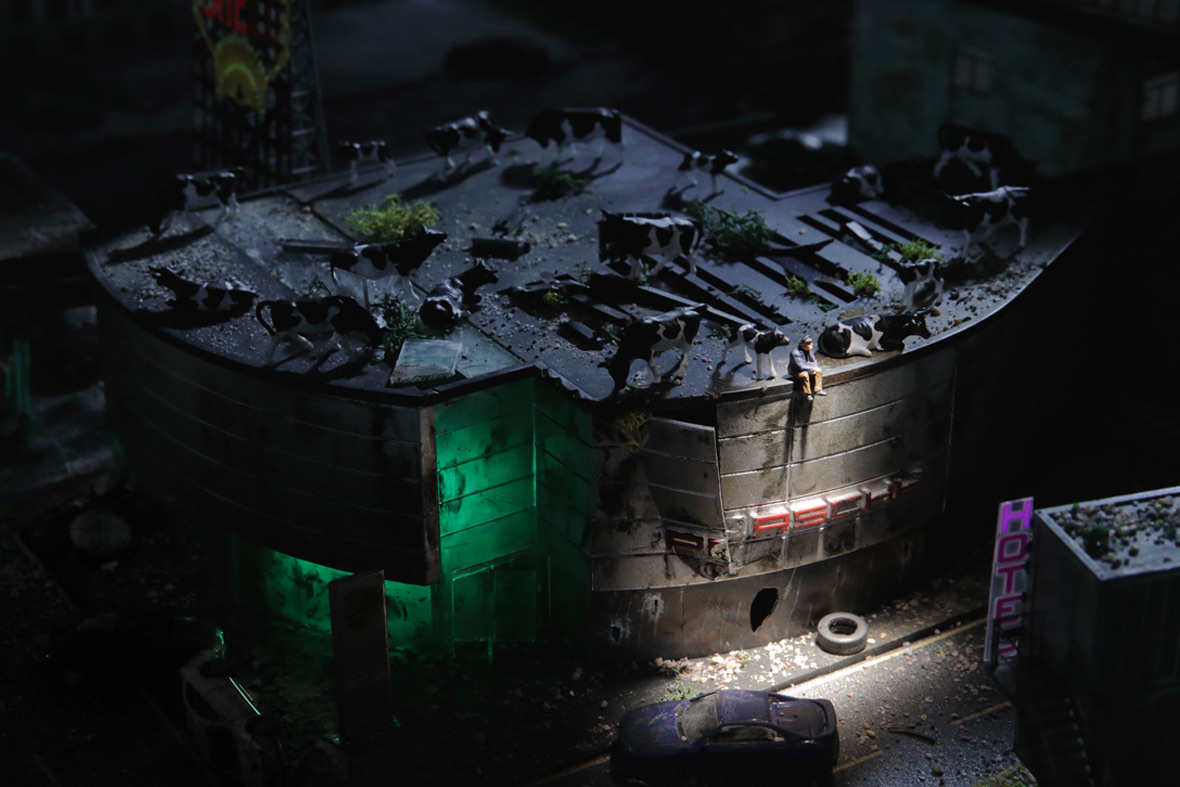 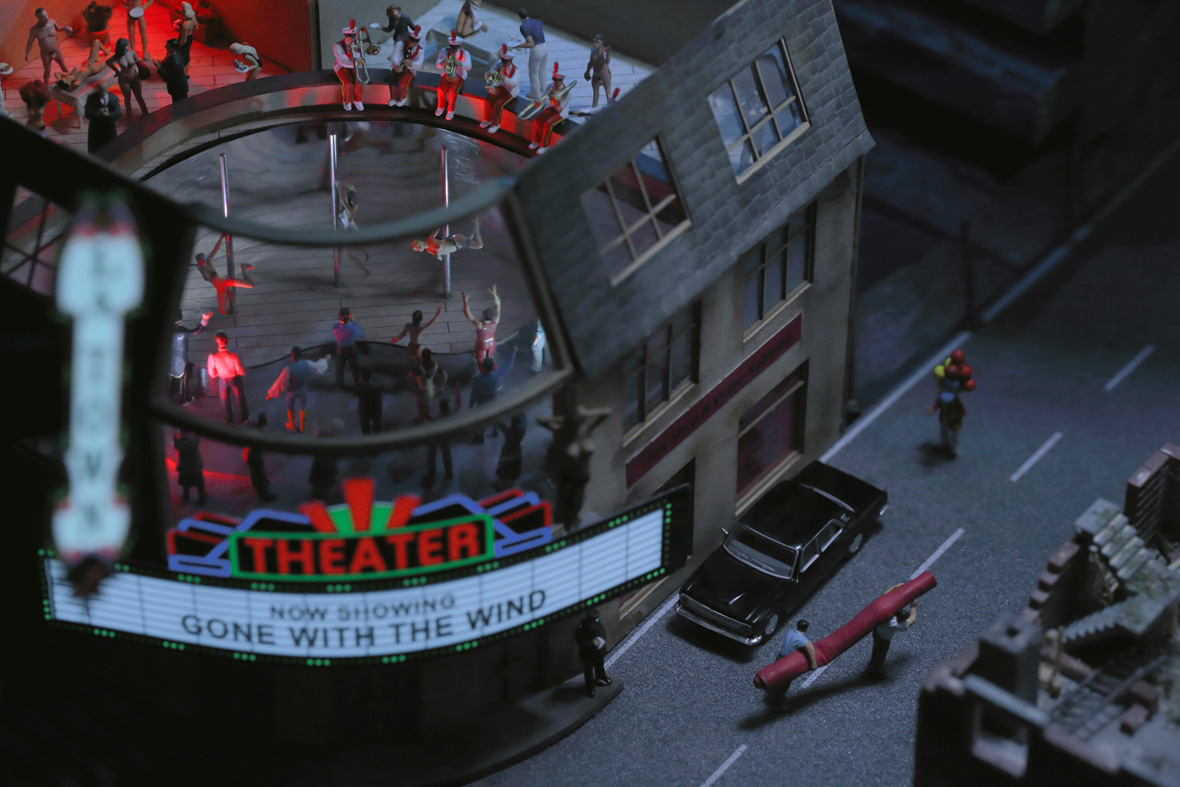 Neocha: Your work has been shown in both art galleries and cinemas. Sometimes they are called experimental films, sometimes video art. How do you feel about the difference between the two experiences?

Cao Fei: Being in a cinema is about “immersion”, which means the experience revolves around focusing on the film. When the doors are closed, the audience has to finish the film within an allocated period of time without interruption. It allows the audience to experience everything in its entirety – whether they like or dislike the film, people are more compelled to stay in the room and watch. In cinemas, I expect the audience to watch the entire film. However, in galleries and museums, the videos are shown in spaces that are open to the public on a loop – so it’s a matter of “fate” if the audience even sees the film. Distractions are another issue for galleries since people are constantly moving about. I don’t mind a bunch of people walking around to view art installations, performances, or paintings. But nowadays, video art has become a “fluid art form”; if I had to choose I would have my videos in open galleries. I want the audience to have different ways of viewing my work and allow my films the chance to reach more people. 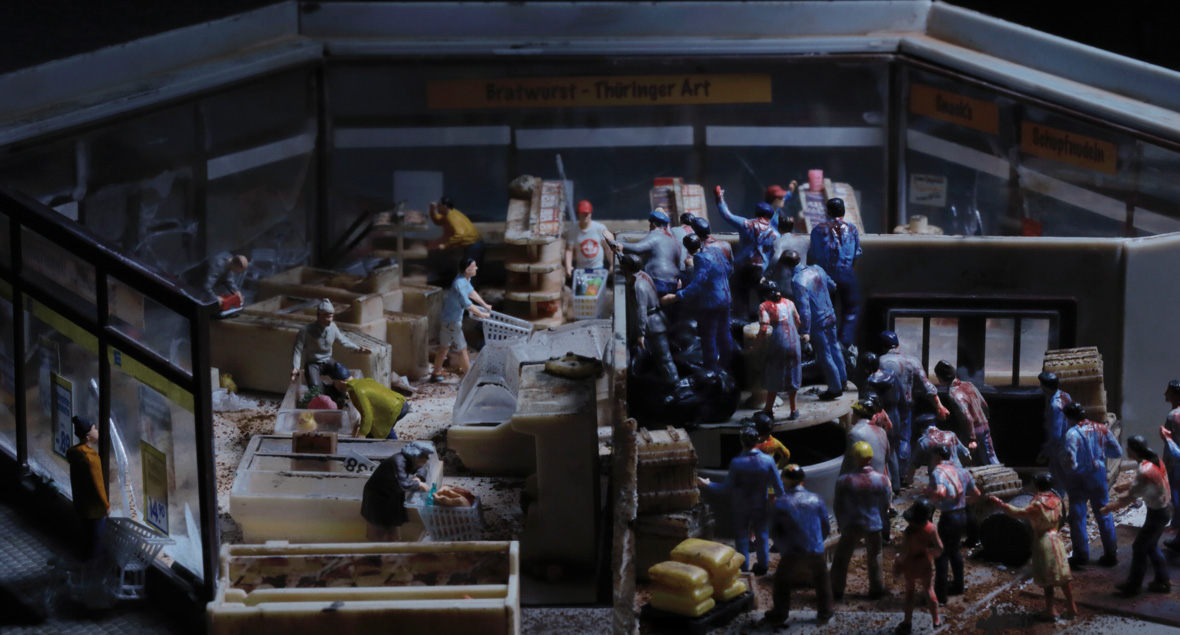 Neocha: Many of your works, such as I, Mirror and La Town, discuss the relationship and communication between cultures and countries. What’s your most direct impression of the cultural differences between the East and the West, and how do you get your inspirations from both?

Cao Fei: The cores of Eastern and Western cultures are religions and traditions, and it’s these things that pulls the two different cultures towards each other. As for whether a piece of work is “Western” or “Eastern,” many artists of the new generation don’t see it so black-and-white; because if you look at the East from a Western point of view, you’d expect something “Eastern”. My vision and aesthetics are a mixture of post-modern cultures. It’s a combination of the different cultures that poured into China after globalization and me being exposed to so many different cultures in this modern age of interconnectivity. 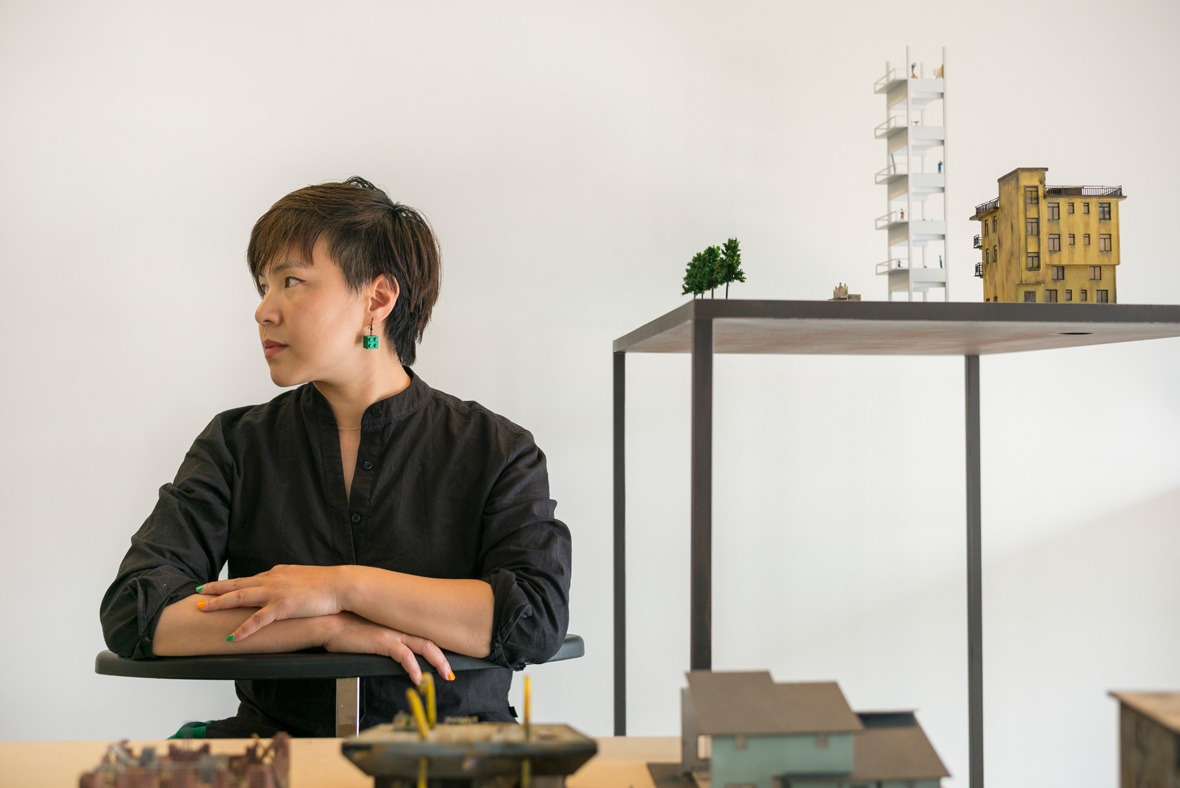 Neocha: At which stage of the creation process do you say: “Yes, this is exactly what I want to make”? Do you dive in from there or do you simply start working and see how it turns out? For example, in the making of San Yuan Li, you used multiple cameras and you edited the film yourself. Did you finish the filming first and began editing, or did you work back and forth between shooting and editing? How about some of your bigger projects such as La Town?

Cao Fei: There was no script for La Town, and it was the same for many of the shots in the I, Mirror and RMB City series. I usually just begin with a fairly vague idea and make storyboards in my head. The concept only gets refined after it’s been shot. Even as a child, I liked starting with a small and simple idea, then slowly flesh out the entire concept. The back-and-forth shooting and editing happens commonly in my productions. After locking in a set theme for San Yuan Li, the six or seven of us scattered and shot in different locations. We’d regroup from time to time to check the footage and discuss what we wanted to shoot next, which direction we wanted to go in, and what needed to be adjusted. Many of my projects are a combination of spontaneity, flexibility, pre-production, and post-production. My projects are like sponges; they absorb everything as they come without discriminating. There is also a lot of flexibility and my projects have been able to adapt easily to unforeseen issues. Many people consider I, Mirror to be an animated film, but in reality it’s a documentary. The Second Life online game already existed, and every virtual avatar is controlled by a real person. I created a character named “China Tracy,” travelled this virtual world for half a year, and simply recorded the journey. 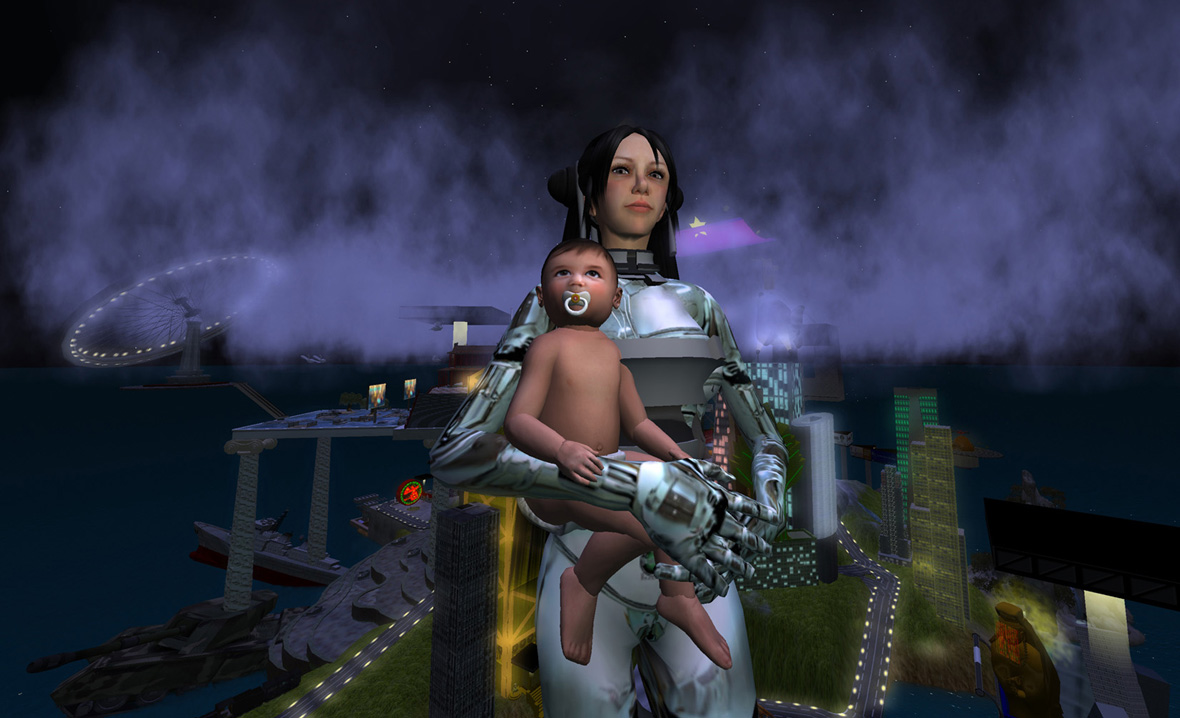 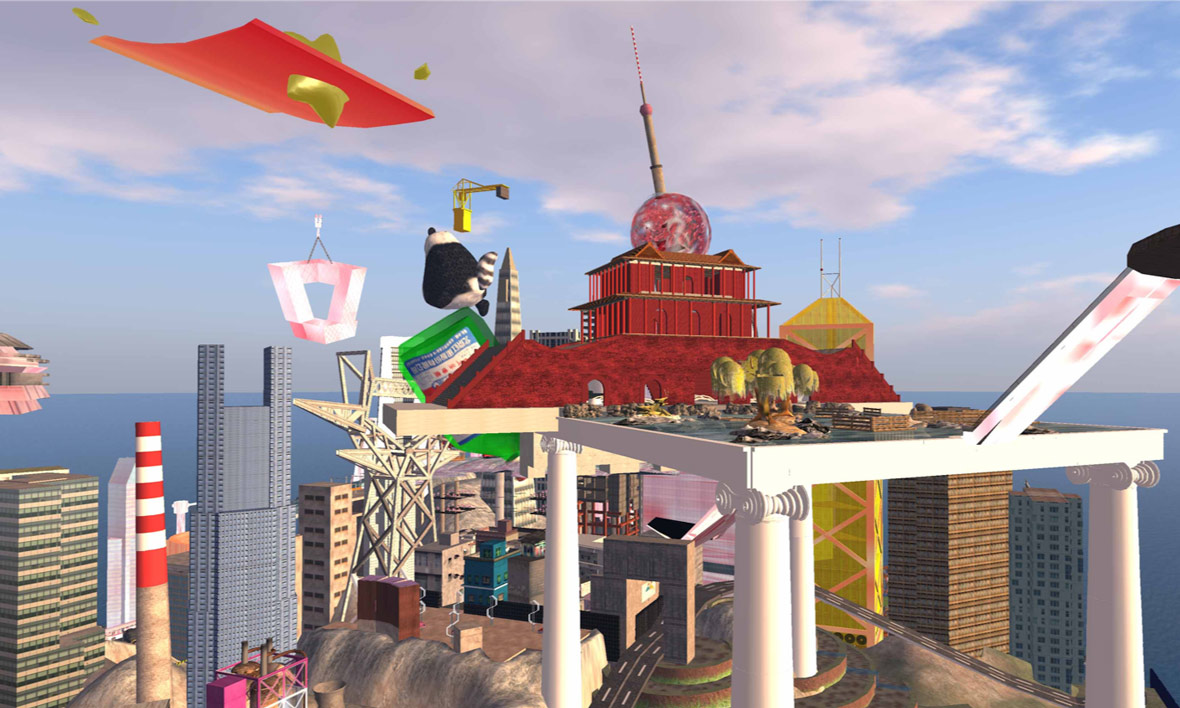 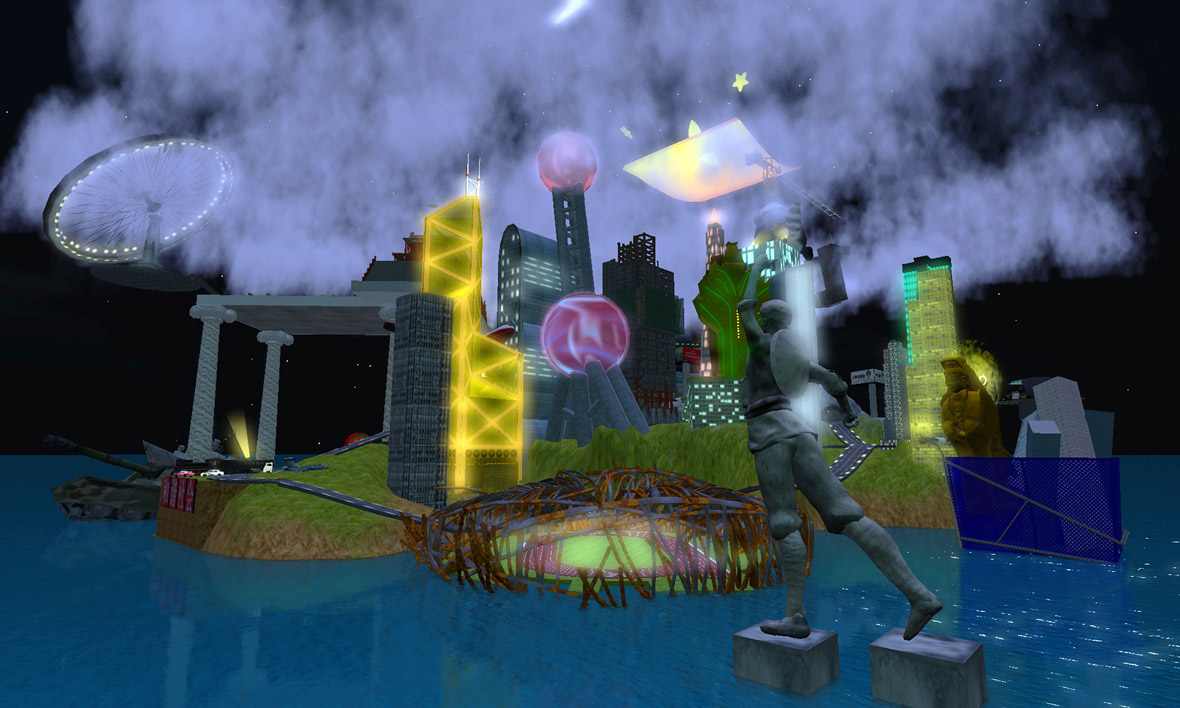 Neocha: Most of your work uses music instead of narration; however, in La Town you used long narration. What led to this choice?

Cao Fei: Music has the narrative function in most of my works. La Town uses the new wave French film Hiroshima, My Love as a reference. The video was realistic, so I needed an alien language and alien expressions to use in a conversation in order to dilute the “realism”. I wanted to create a contrast between the imagery and the text, and have the audience think about the different layers of meaning outside of the actual video. Out of all the musicians I’ve worked with, Dickson Dee is one of the few that fully understands the kind of music that I want. We worked together for La Town, Chain Reaction, and San Yuan Li. He’s an “artist of sound” and not just a common musician. The way that we worked together was I would first cut a rough draft, send it to him, and then we’d discuss the vibes or mood I wanted in this part, then what I expected to have in the next part. We’re constantly discussing and fleshing everything out. After he sends the music to me, I’ll tinker with everything to see how it all fits together. 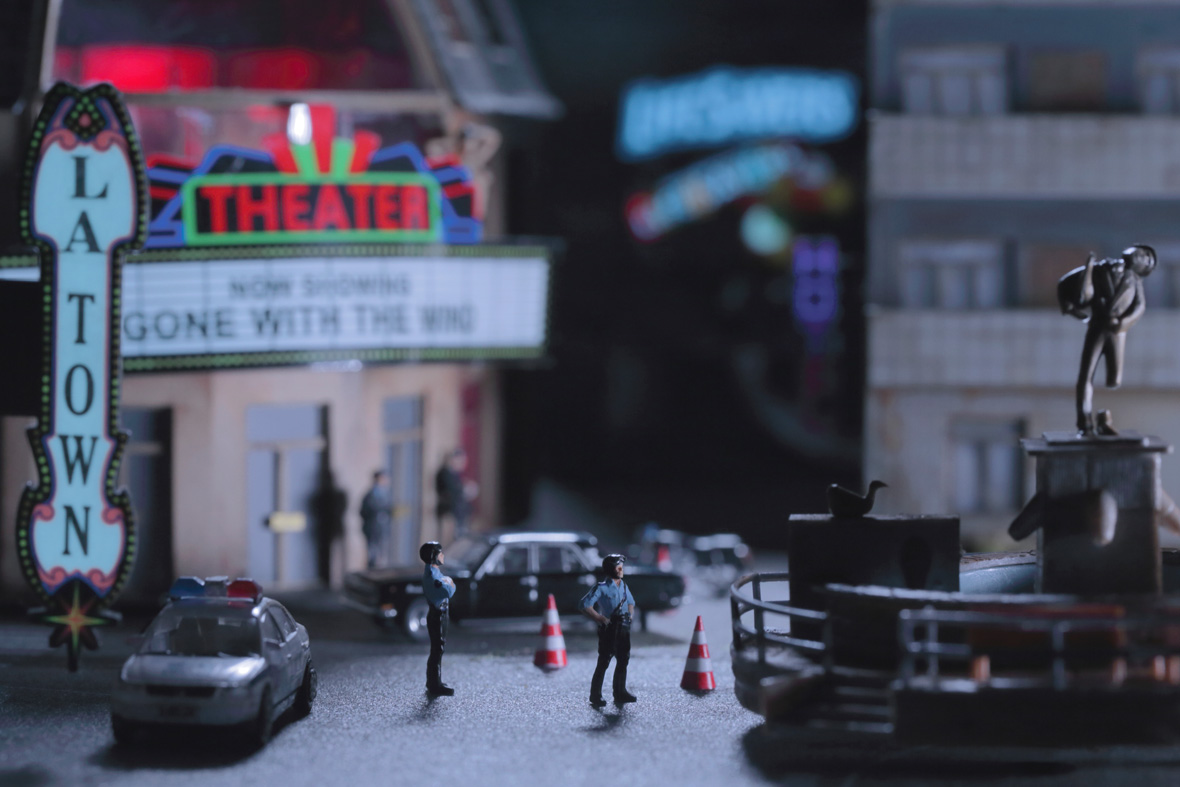 Neocha: Do you feel like your artistic pursuits and commercial works conflict with one another?

Cao Fei: Each project is different. I’ve participated in many public art projects. For example, I worked on the Lejiu Tuxin project that involved light installations on Hong Kong’s tallest building, the International Commerce Centre. All of Hong Kong could see my art on this landmark; the audience could even listen to the accompanying music on their iPhones. At the Hong Kong M+ Museum’s inflation exhibition in 2013, I made a huge inflatable sculpture in the shape of a roasted piglet (a traditional sacrifice in southern China), and the audience could walk into its body. I would see entire families queue to see the artwork on weekends. For me, there really isn’t much conflict between creating personal artistic work and commercial work. 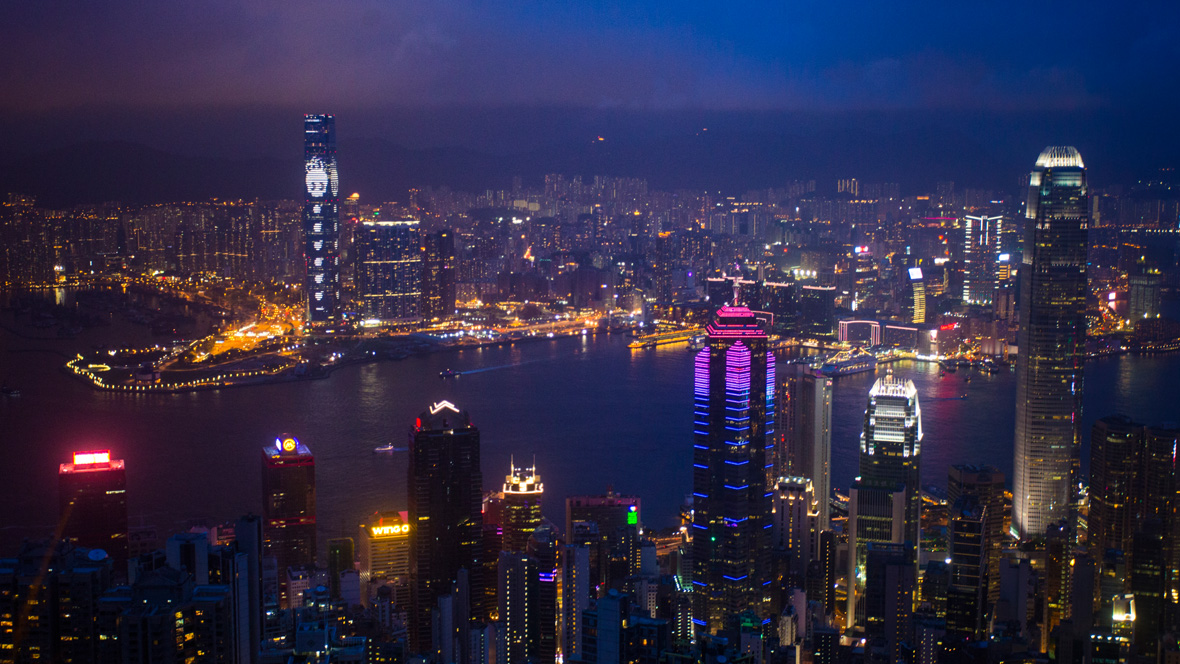 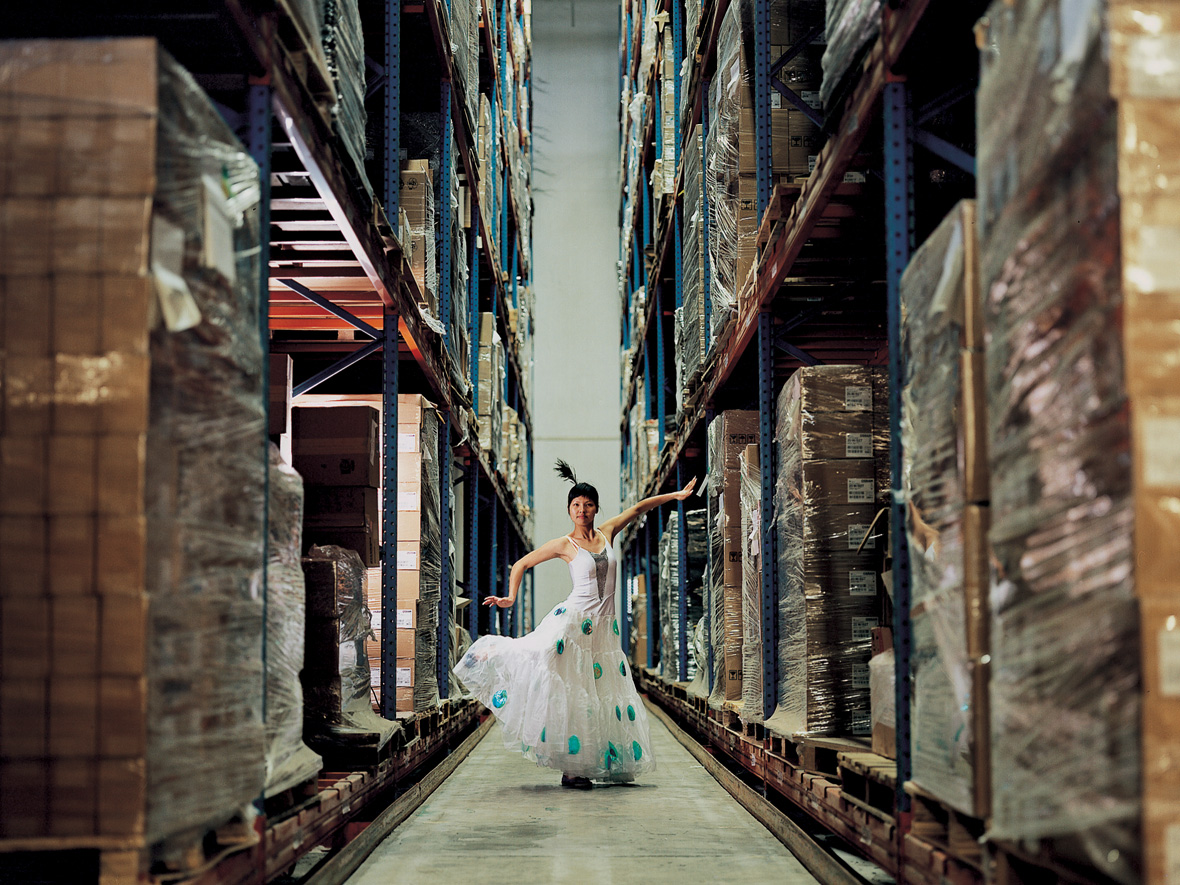 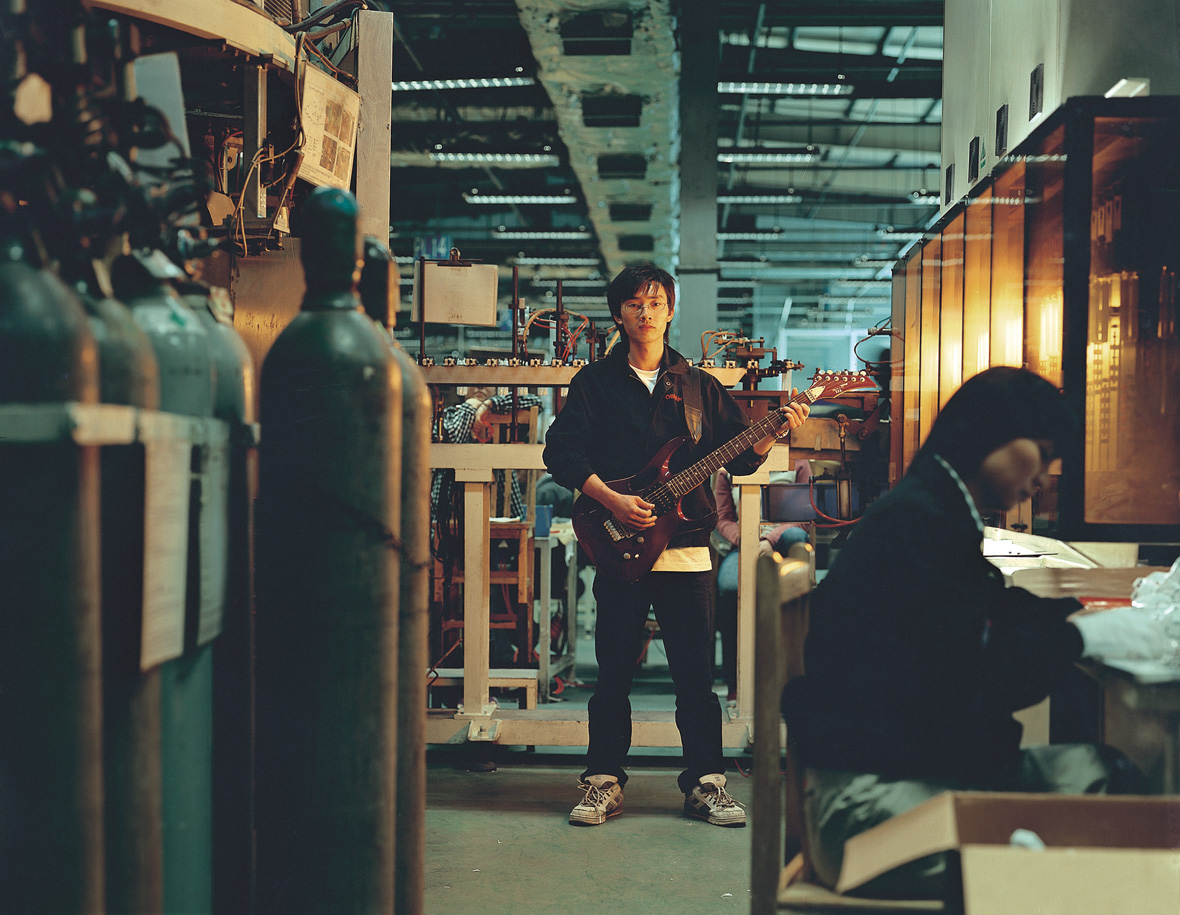 Neocha: Many of your works are related to living spaces, and can be quite philosophical. Do you think artists bear the responsibility to change the world for others and for society?

Cao Fei: Chinese artists simply cannot escape the topic of politics. I was born in Guangzhou. In the 1980s, a lot of western culture, pop culture, and Cantonese TV and films were available in the region. Guangzhou is far from the city centre, so artists there seemed to be more playful with their work. Even though they would discuss politics, they used humor to do it. Art is to surpass the sense of political correctness and to break through the limit of the things we thought we’ve known. Art should transcend the status quo, standards, and correctness. The greatest reward is making an amazing piece of art and having the opportunity to share it with everybody in the world.