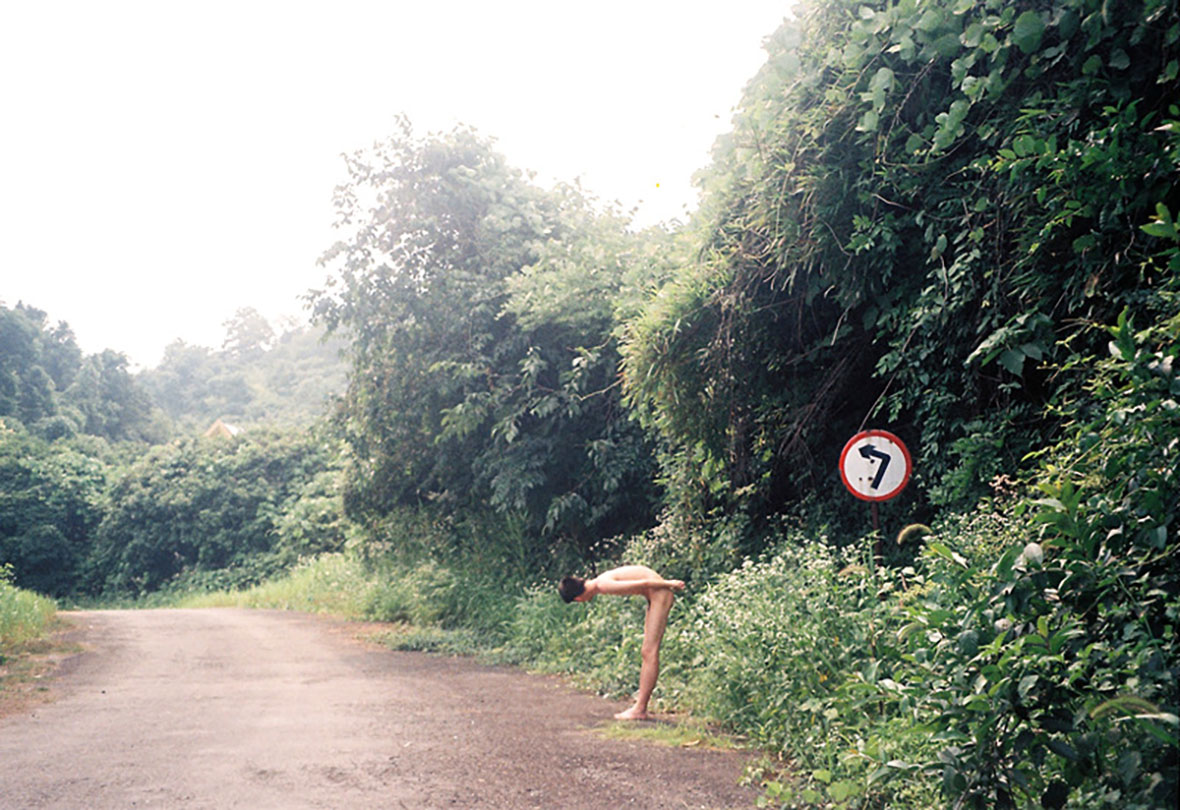 “I don’t believe you can depersonalize your work—that’s too idealistic,” says Wu Liewei, whose photos, like everything about him, pulsate with energy. This energy might be understood as the collision of the frenetic and the still, like a breaker crashing against a reef.

“My works pay homage to intuition and the subconscious,” he says, though he’s also been known to click the shutter 70 times just to get the image he wants. What Wu really wants seems to be to satisfy some unmet craving. 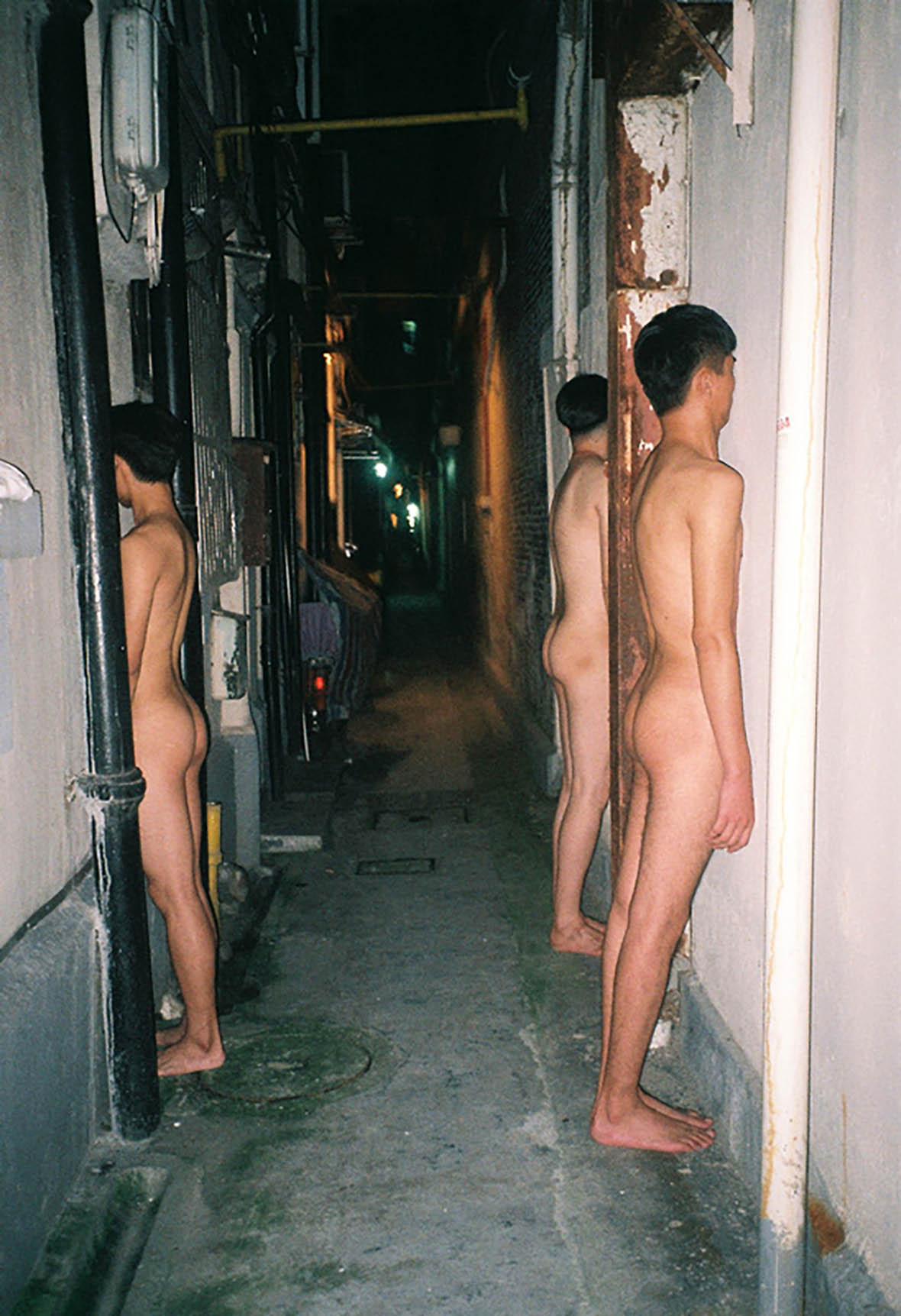 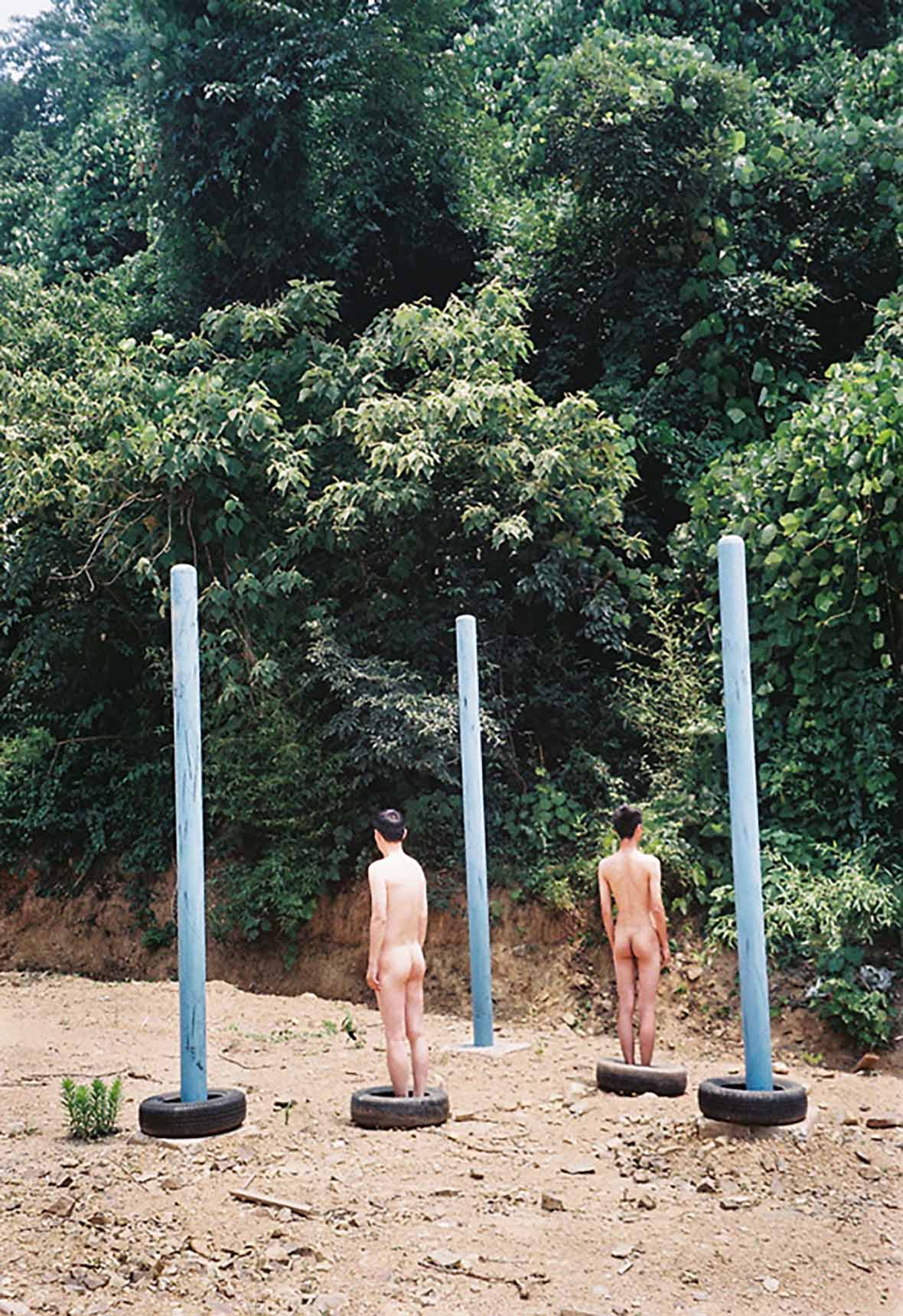 Wu grew up in Ningbo and moved to Hangzhou for college, but he dropped out after one year. “It was really boring, and at the time I just sort of wanted to be free,” he says. He always liked to explore on foot, and in summer 2013 he began using a camera to record his observations, taking pictures like crazy, as a sort of urban adventure. “I remember I had a Canon 600D, one of the most basic cameras,” he says. He didn’t begin seriously studying photography until he ordered a twin-lens reflex camera. Given how outgoing and talkative he is, it’s hard to imagine him ever being shy, yet he says before he picked up a camera he was quite withdrawn. Photography opened up a valve, and the words and thoughts he used to keep inside came pouring out. 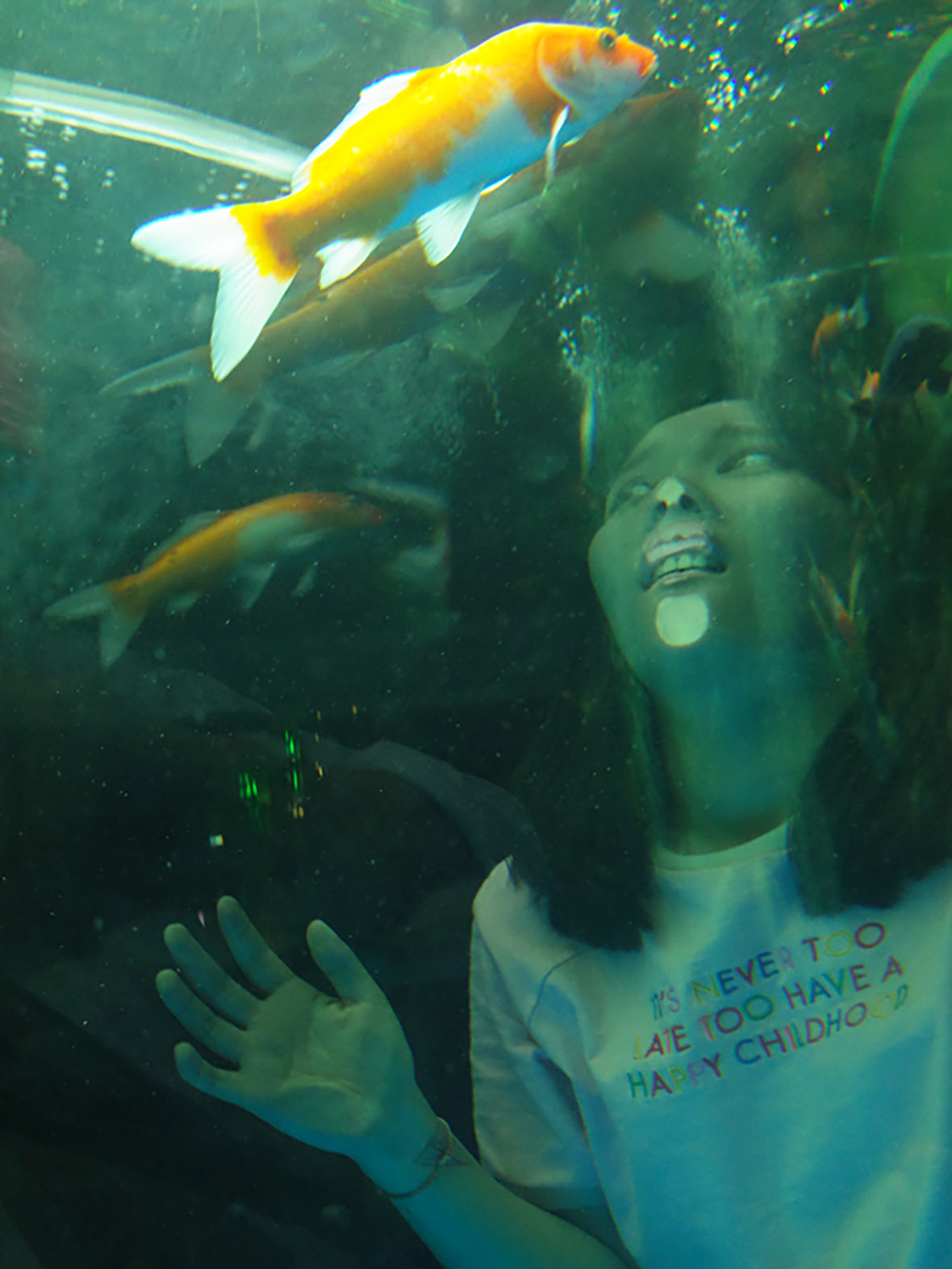 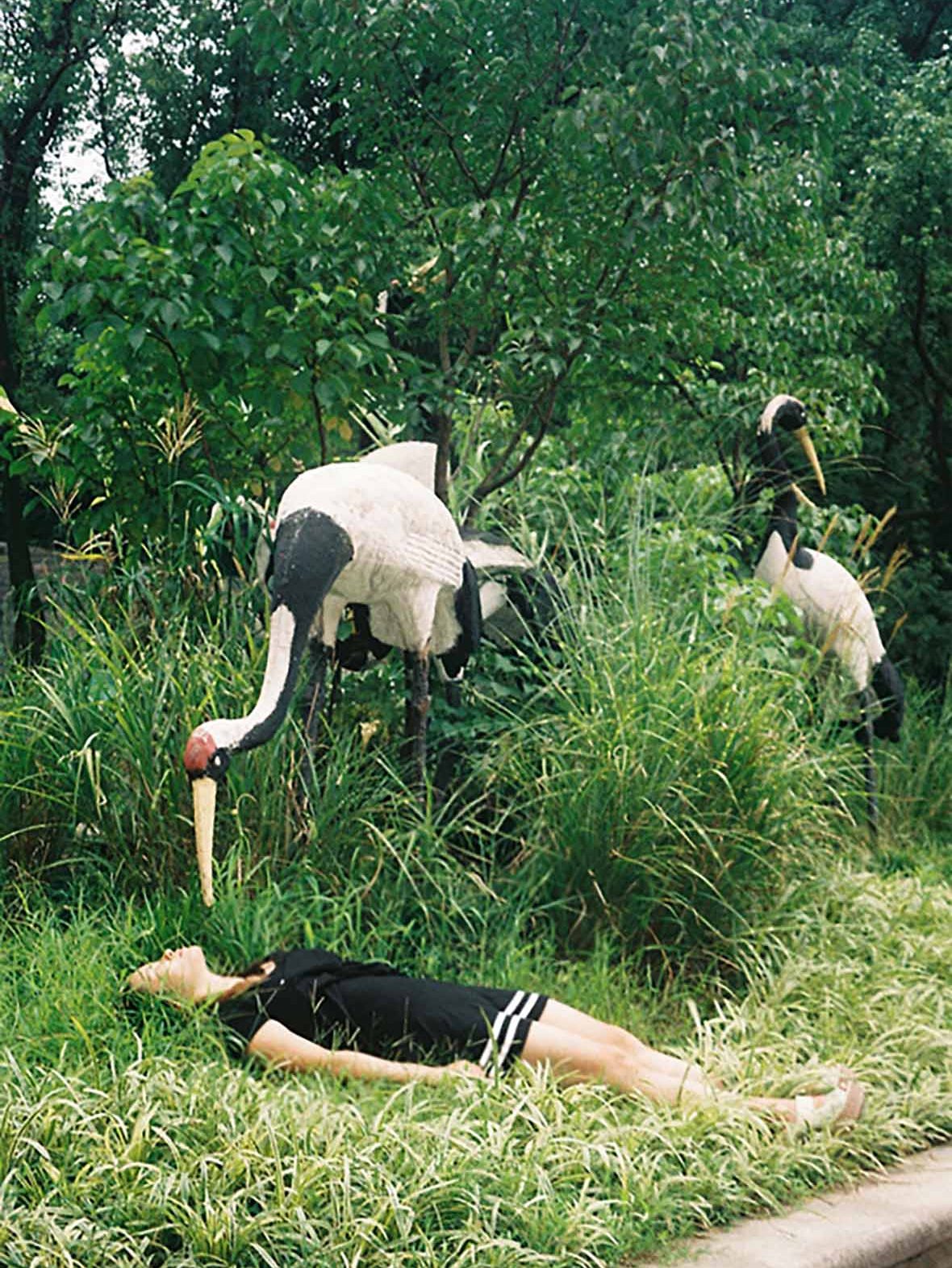 The first thing that catches your eye in Two-Dimensional Code Maze, Wu’s first series, which he began shooting in 2013, are the naked bodies. “Only when you strip off your clothes are you your true self,” he explains. Young, bare-skinned figures appear against a variety of backdrops: city towers, abandoned houses, wooded areas on the outskirts of town. Everything feels both natural and out of place, and it’s hard to imagine what the models would look like with clothes on. “I want viewers to cast aside their labels, to be in this setting and explore how that person relates to that place at that time,” he says. For him, each photograph is a mirror. But what do all these mirrors reflect?

Wu says he can see himself continuing to shoot this series as long as he lives. But he also has another project underway, which he calls The Best of Times. 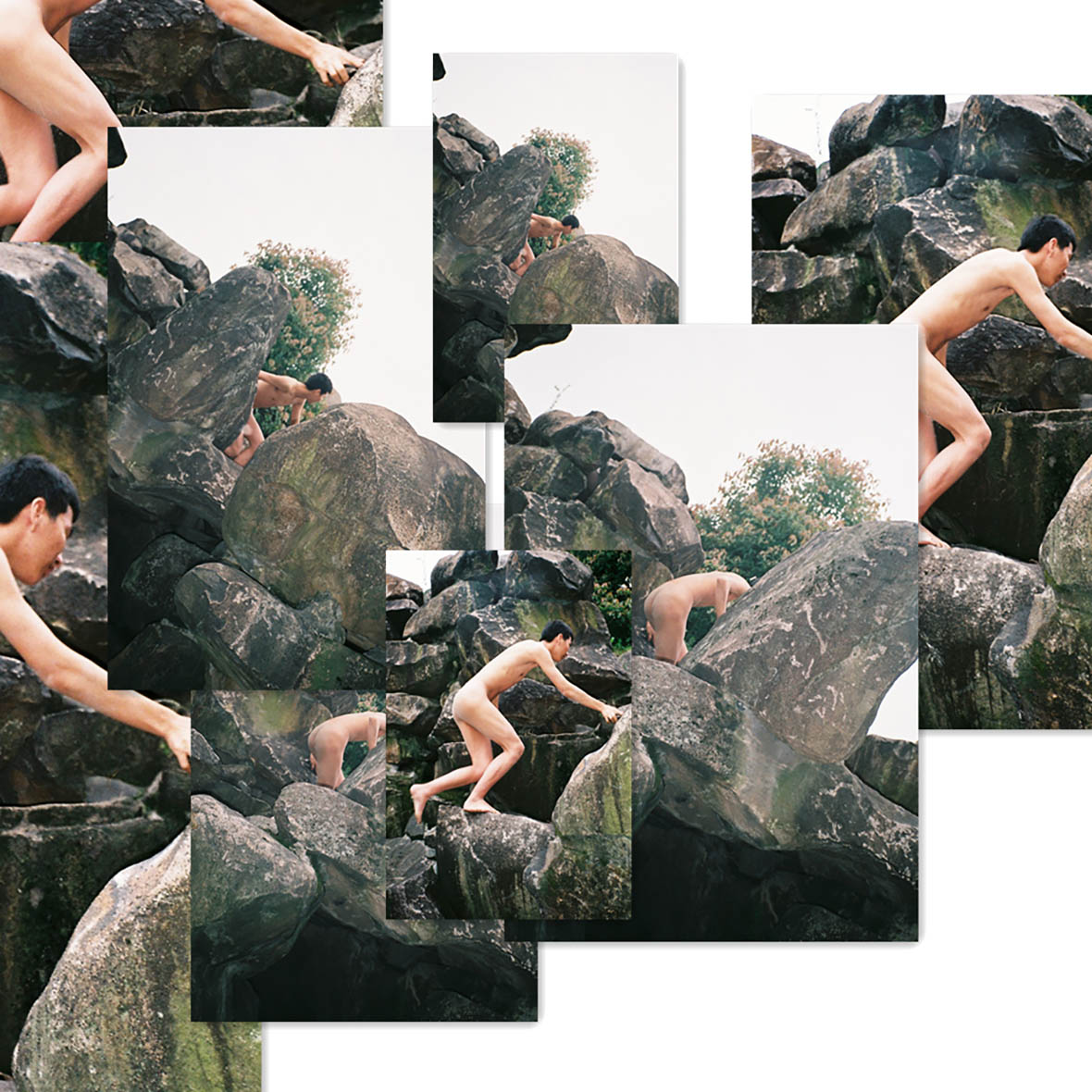 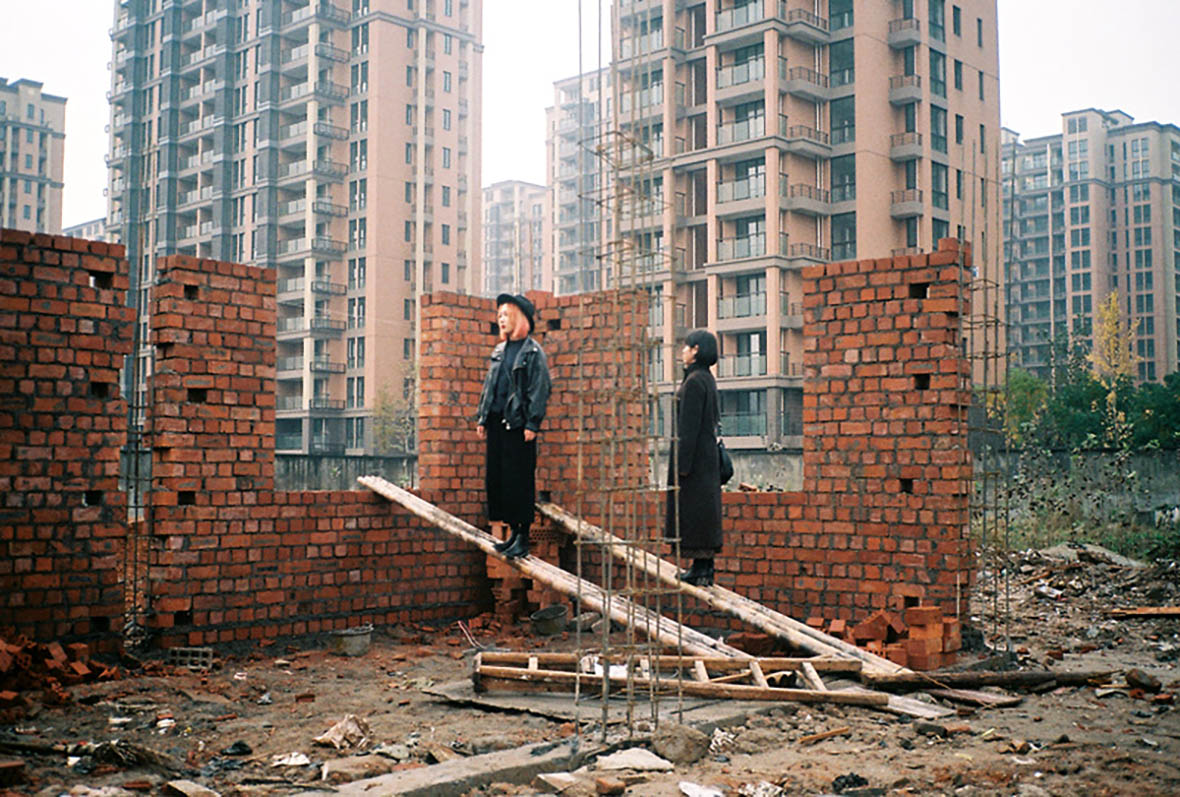 In 2013, the same year he started Two-Dimensional Code Maze, he began documenting his peers, and the photos he’s taken make up the series The Best of Times. “I’m actually a pessimist,” he explains when asked about the title, “but I wanted give this series a more positive name.” The photos focus on his friends, though some are of online contacts who volunteered to model. “I’ve shot a lot of people. Some have kids, some have their own business, some have been abroad for school, and some have even spent time in prison.” Since photographing them, Wu has quietly followed their lives. “I’m thinking of tracking them down in a few years and shooting them again,” he explains.

Most of these snapshots are intentionally styled and posed. Perhaps, as Wu says, “there’s no such thing as a truly candid photograph.” But what is truth? In this pile of images, one figure holds a toy gun and gazes into the distance, while another one looks up, mouth open, standing in a corner. A third face is covered in coins. Are these not true? “Sometimes I feel I’m really not taking pictures—I’m more of an observer, using the camera as a recording device.” 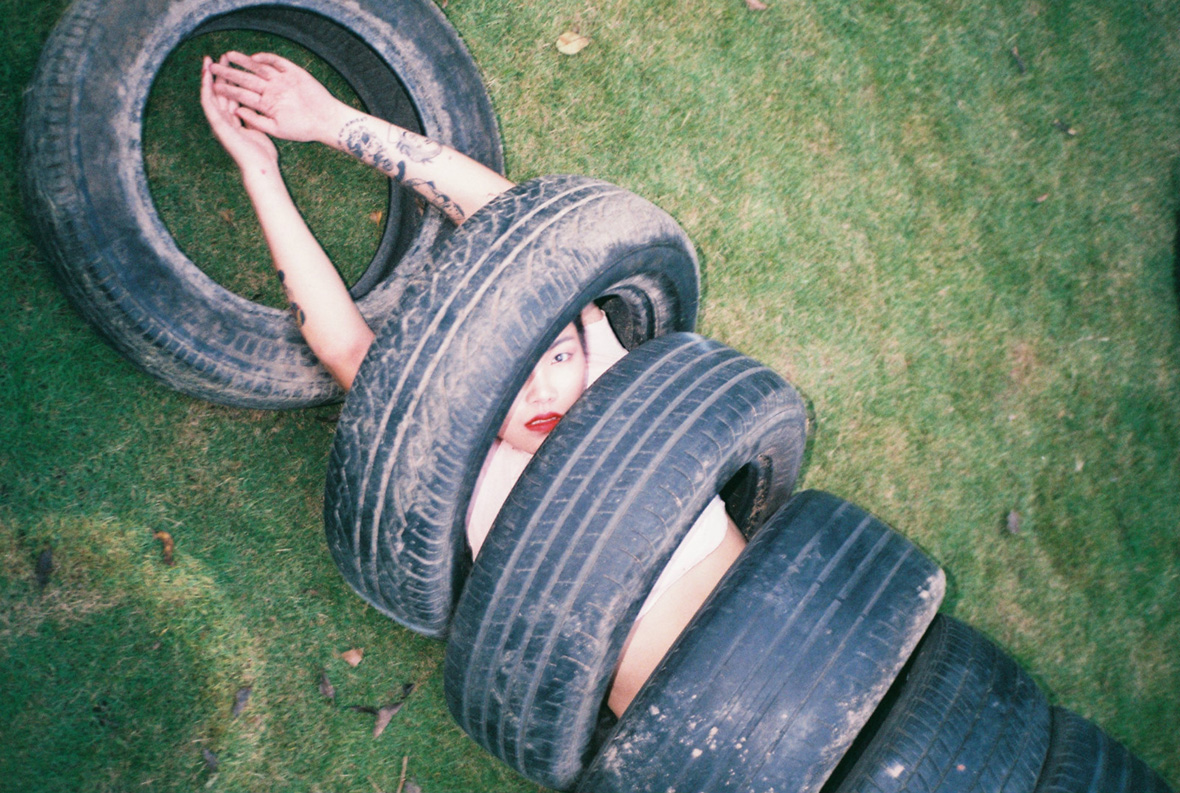 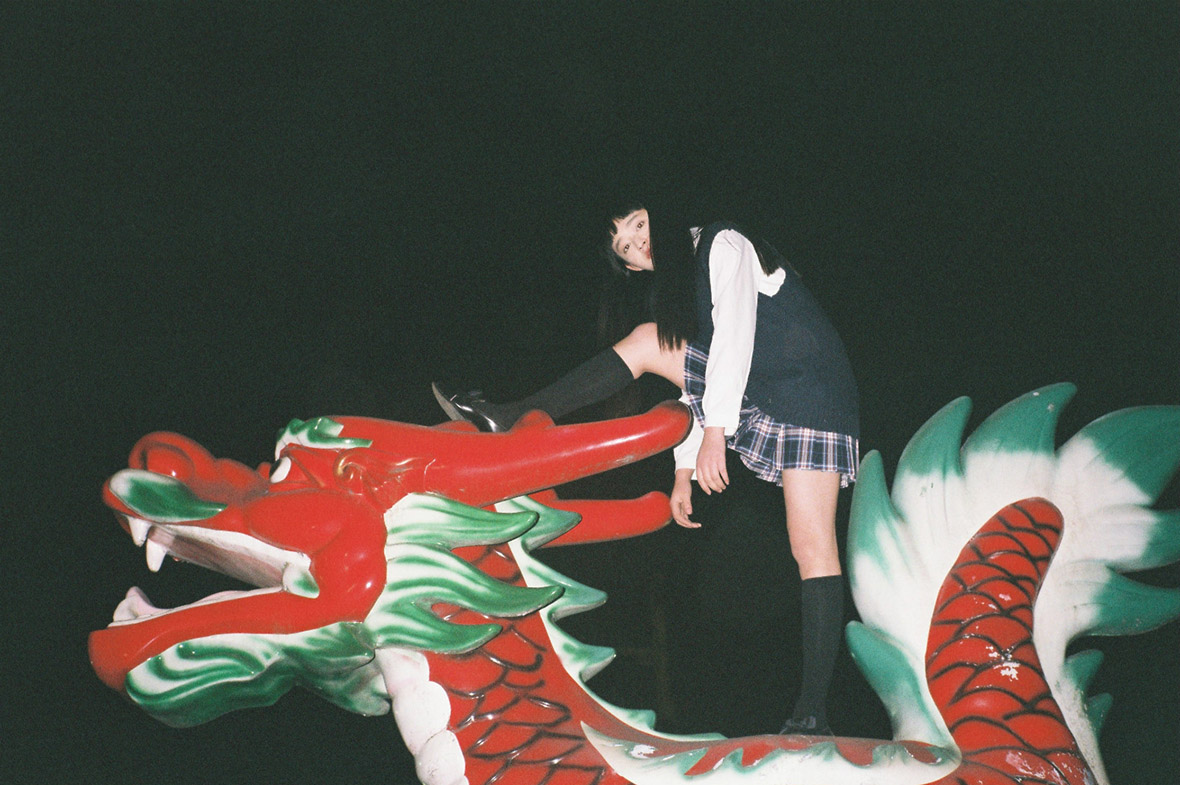 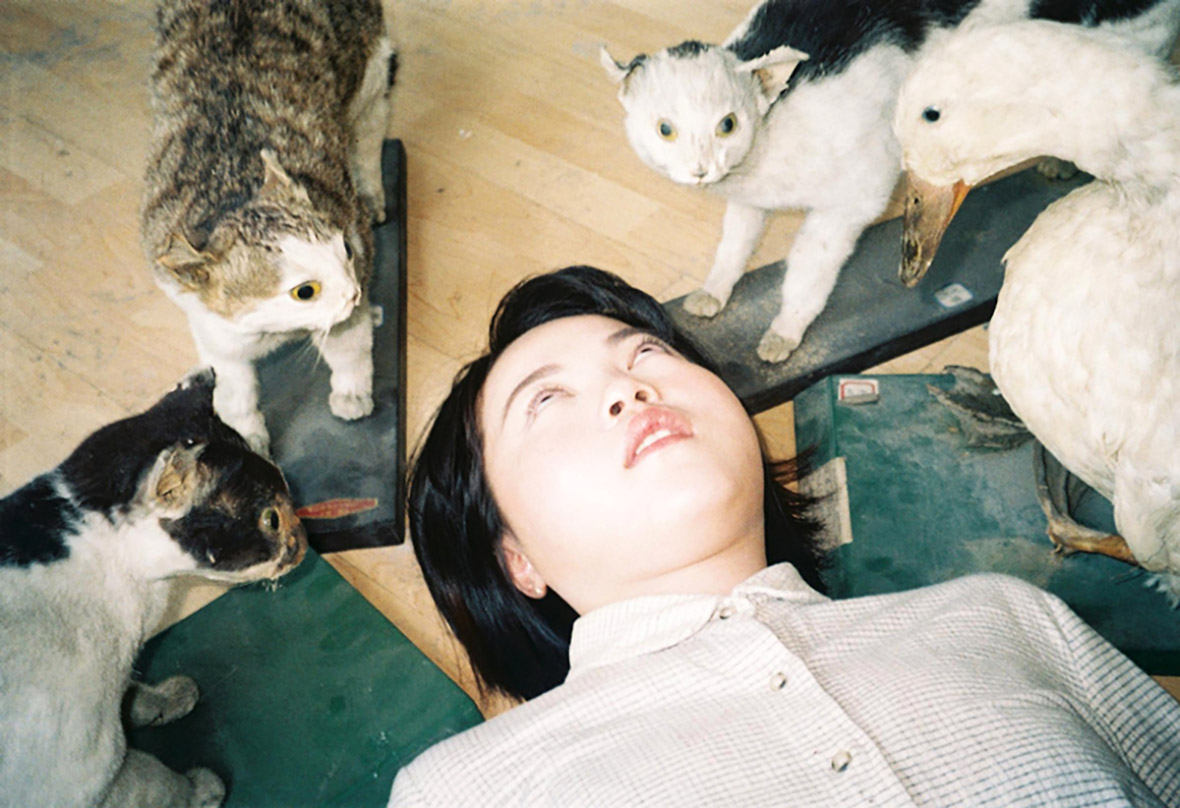 Two-Dimensional Code Maze and The Best of Times explore individuals, identities, and social labels, and they seem liberating both for Wu and for the people he shoots—like scratching an itch. Even more liberating was completing his handmade book, Explicit Night Wind, in late 2016. At only 92 pages, it’s surprisingly heavy, and it takes about an hour to look over carefully. “People often say my work is explicit, but what does ‘explicit’ mean?” This question is one of the reasons he created this book. He says he’s seen people looking through it be brought to tears. 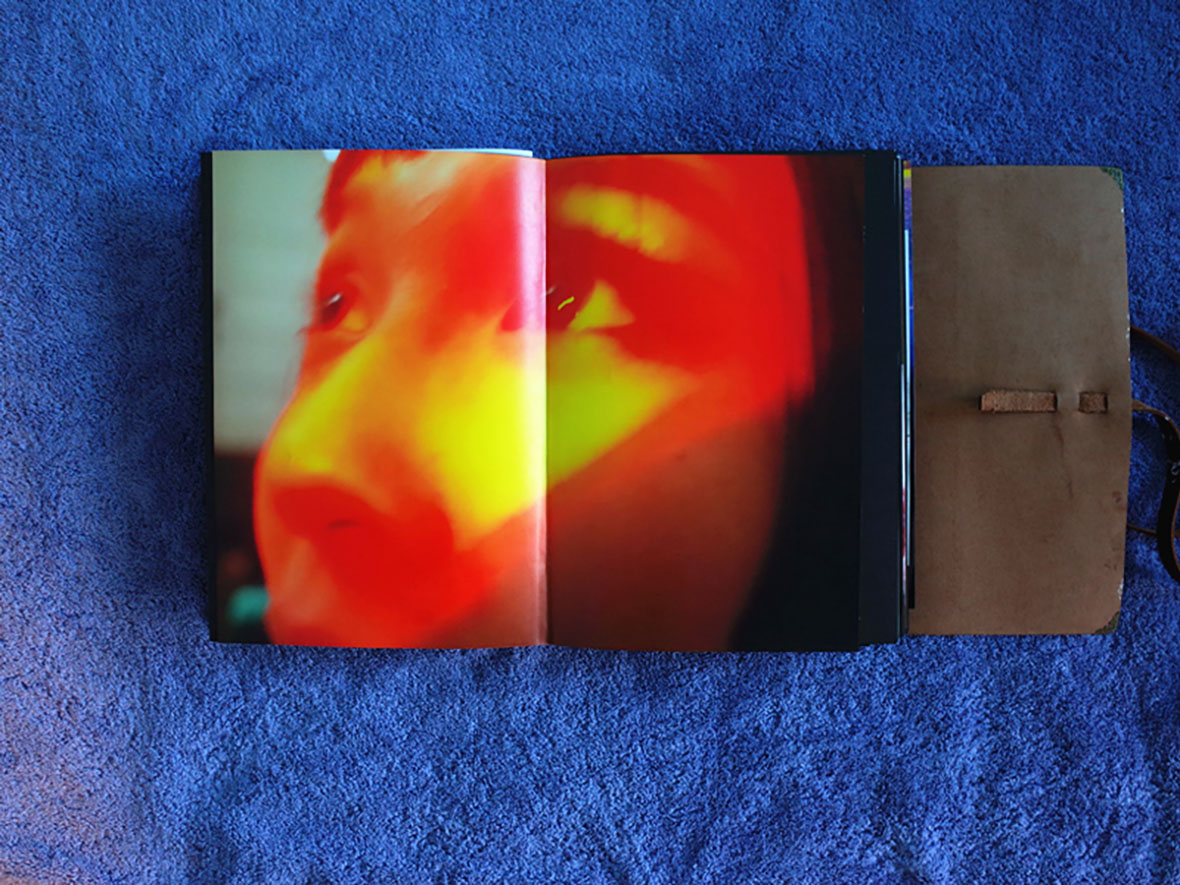 Beyond the large number of photographs and images of people, in this book he tried something new: he recorded the wind blowing over various natural obects, put the recordings on a palm-sized circuit board, and stuck it in the book. “The first page had sound. I sampled the wind and put the recording on a circuit board. But then it broke.”
Paging through the book gives a more intimate feel than seeing the photos in a gallery. It shows images on all kinds of materials and forms a sort of “graphic narrative.” Going through it page by page triggers a visual response and personal memories. “By flipping through this book, you’re actually creating wind,” says Wu. These images lead us through boredom to a world of imagination and vitality. 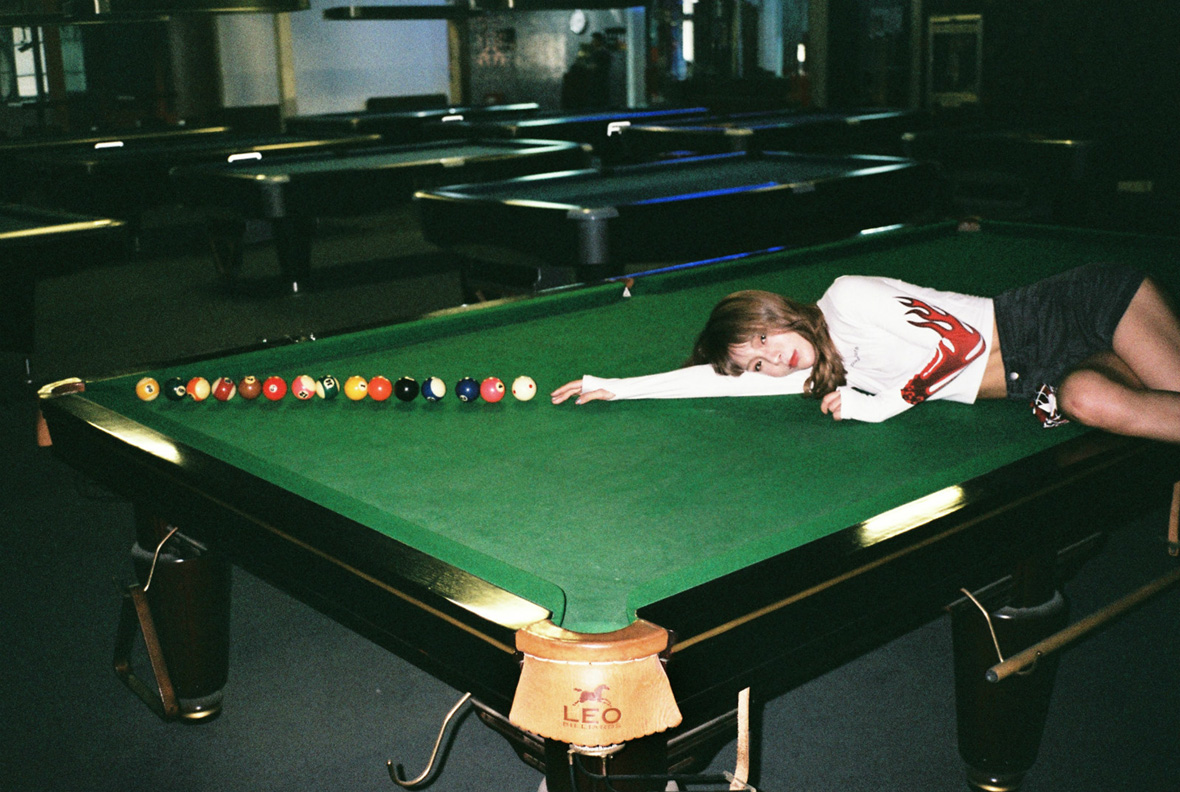 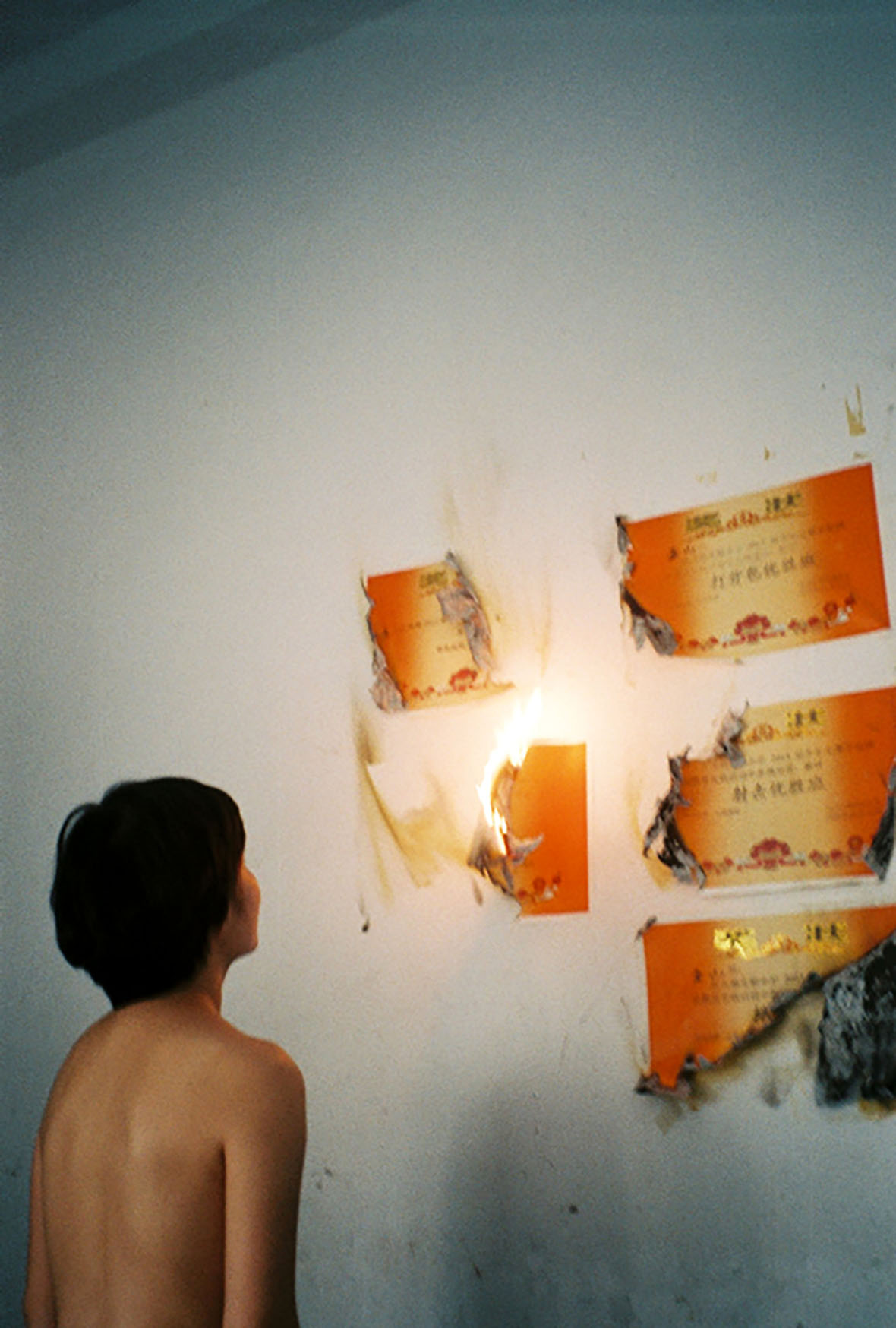 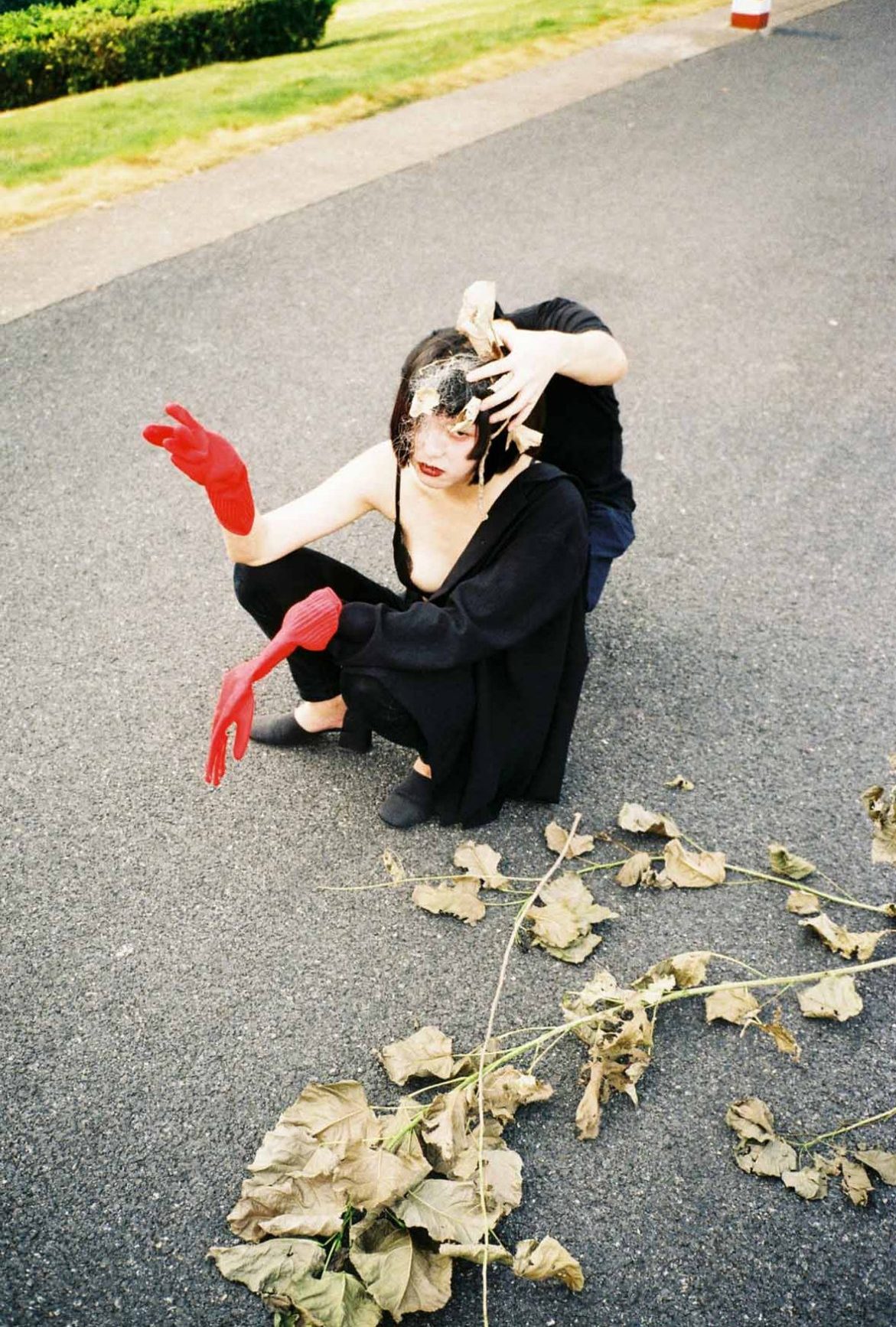 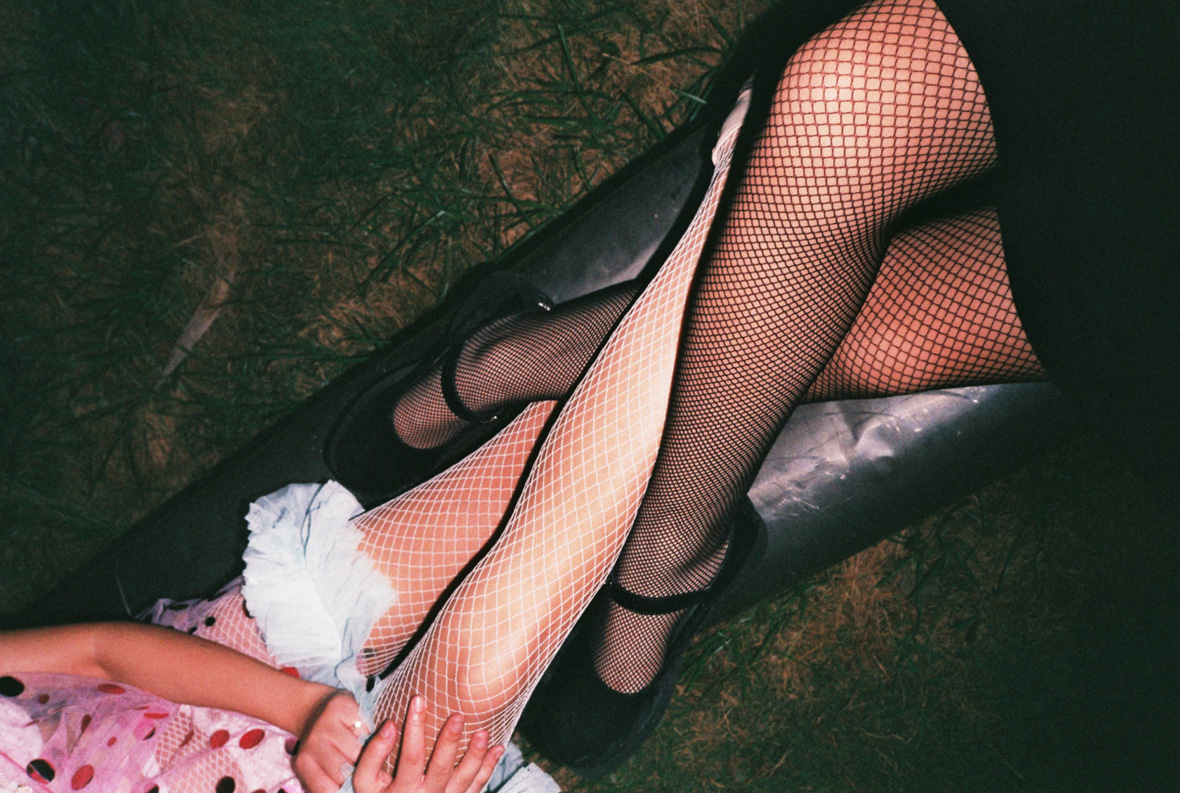 Last year Wu stopped grabbing his camera every time he goes out. He used to think that taking pictures and documenting things was important, documenting. Now he says, “I often forget to take my camera. When I see something I want to shoot, I just stare and blink, and I feel like I’ve got it.” 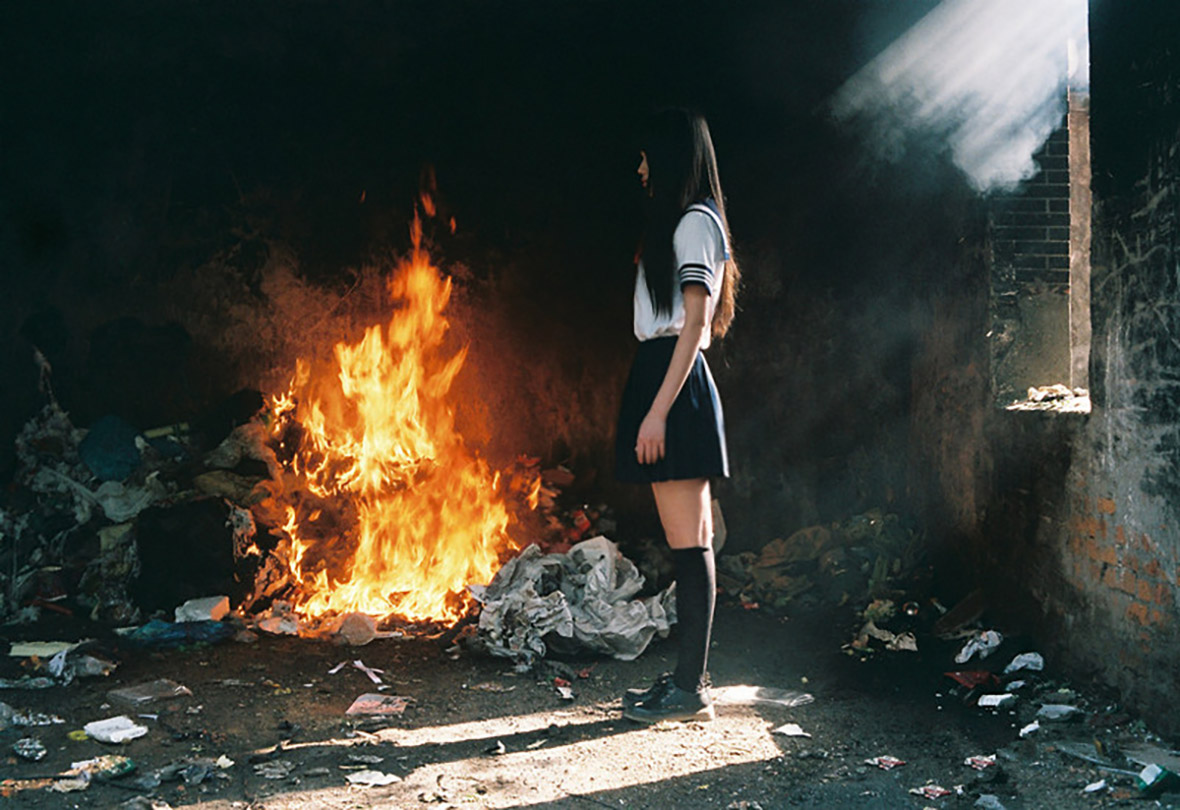