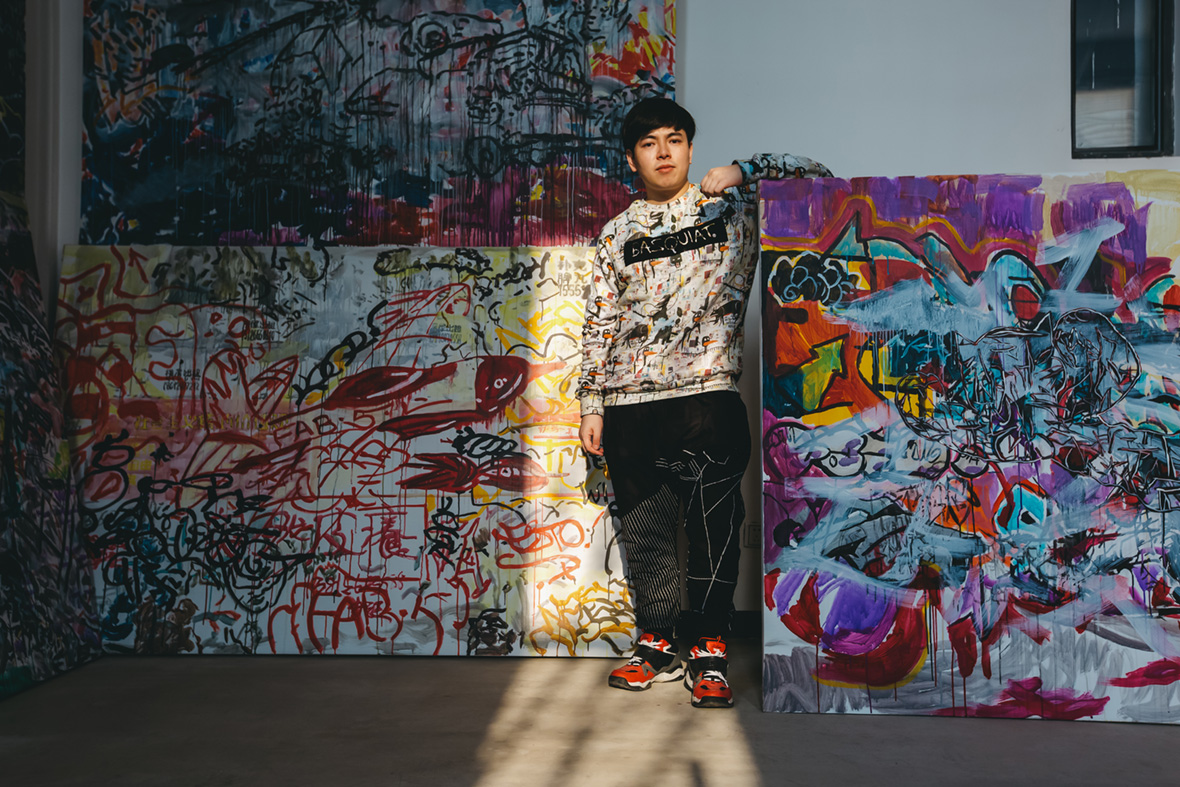 Sometimes artists’ own stories show through in their art. Chen Xuanrong is a Beijing-based artist who uses acrylic paint to create graffiti-like works on huge canvases. The result is a vigorous fusion of styles and techniques that tells the story of an artist who, though raised in the art world, struggled for years to find his place there.

Born in 1991 to a family of artists, Chen faced an unusual kind of parental pressure for success. His mother was a dance teacher, while his father, Chen Zhiguang, was a prominent sculptor who exhibited at notable galleries around the world and became known as the “King of Ants” for his gigantic sculptures of these insects. 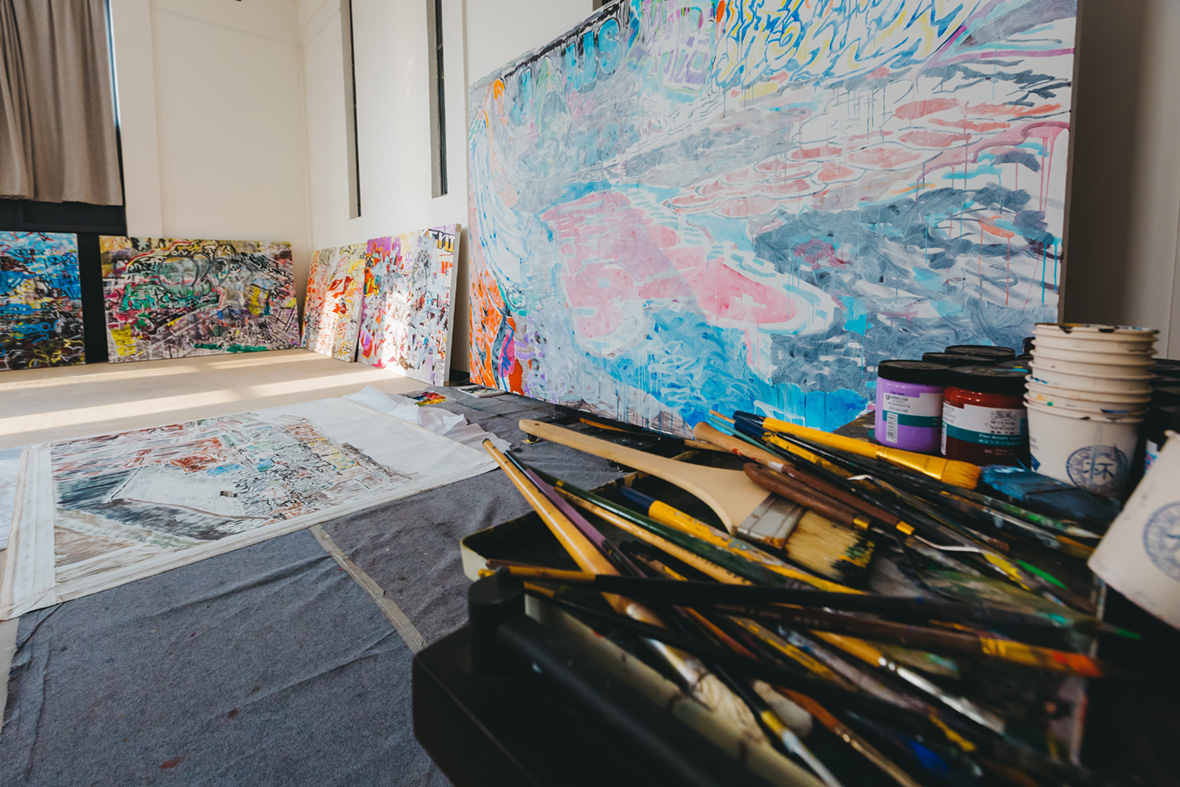 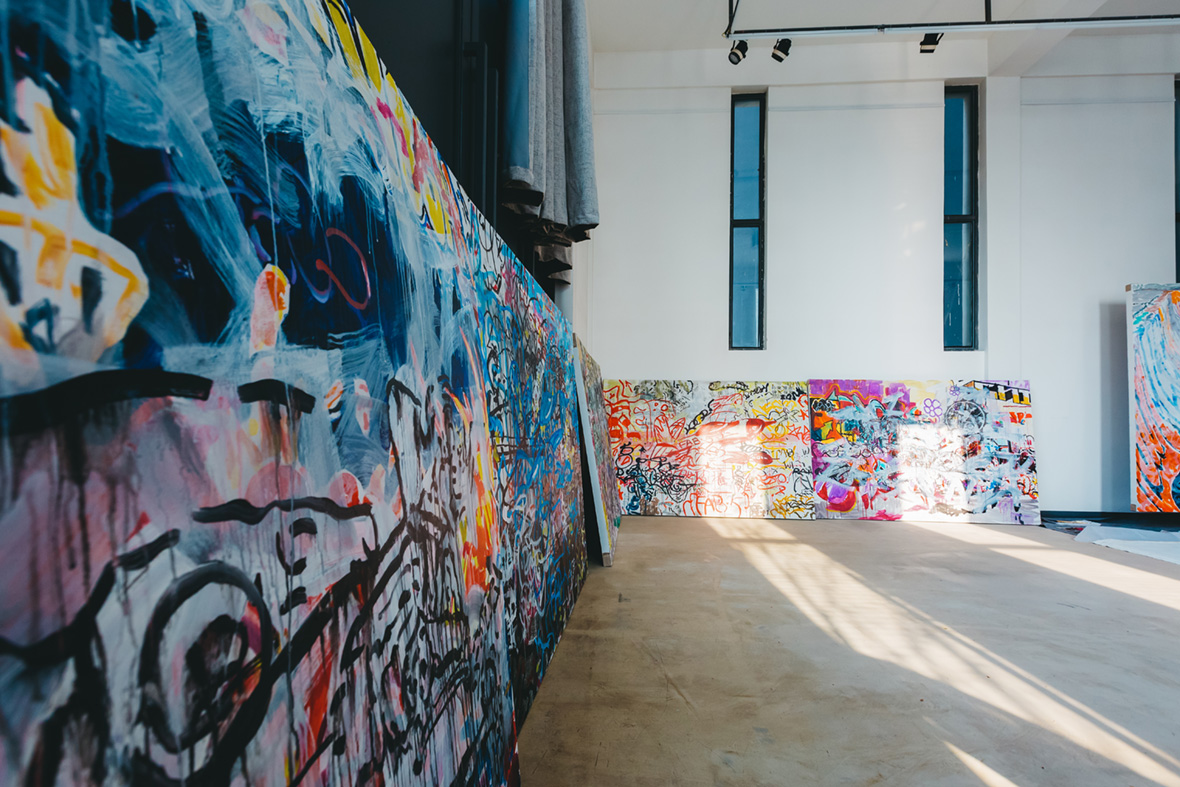 Growing up in this environment, Chen started studying art in high school. He admits that it took a few years for him to actually enjoy it. “I didn’t really like art at first, but as I painted and made some progress, it started to grow on me,” he recalls. At first, his motivation was merely to pass his exams to get into a good art school, which he did: he earned a spot studying printmaking at the prestigious Central Academy of Fine Arts in Beijing. While there, he won several art prizes, which pleased his parents immensely.

After graduation, Chen traveled to New York City to immerse himself in the art world. He wanted to see the works of great masters that hang on the walls of the city’s museums, particularly Velázquez and Rubens. All throughout his school years, his books, teachers, and classmates held up these painters as paragons of artistic expression. Xuanrong repeatedly visited the same institutions, studying the masterpieces intently and taking photos to continue to analyze them back in his hotel room. “After two weeks I felt sick of all these masters,” he recalls. Something wasn’t quite right. 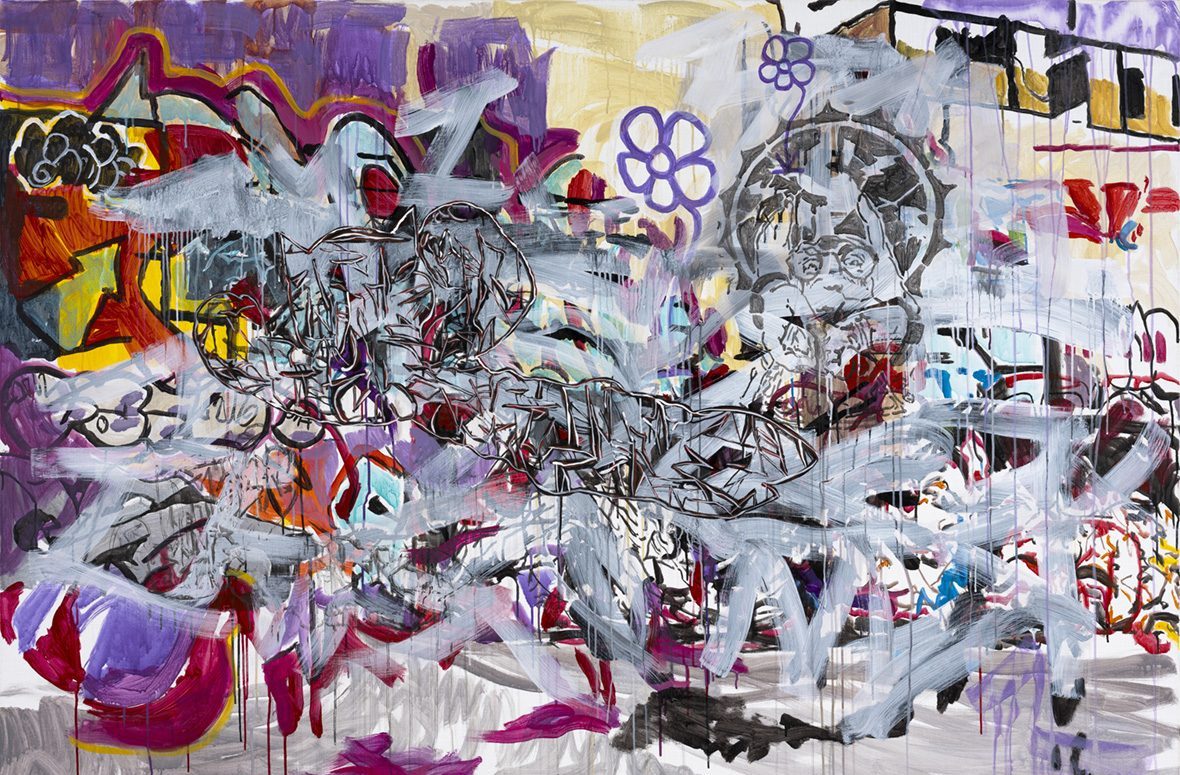 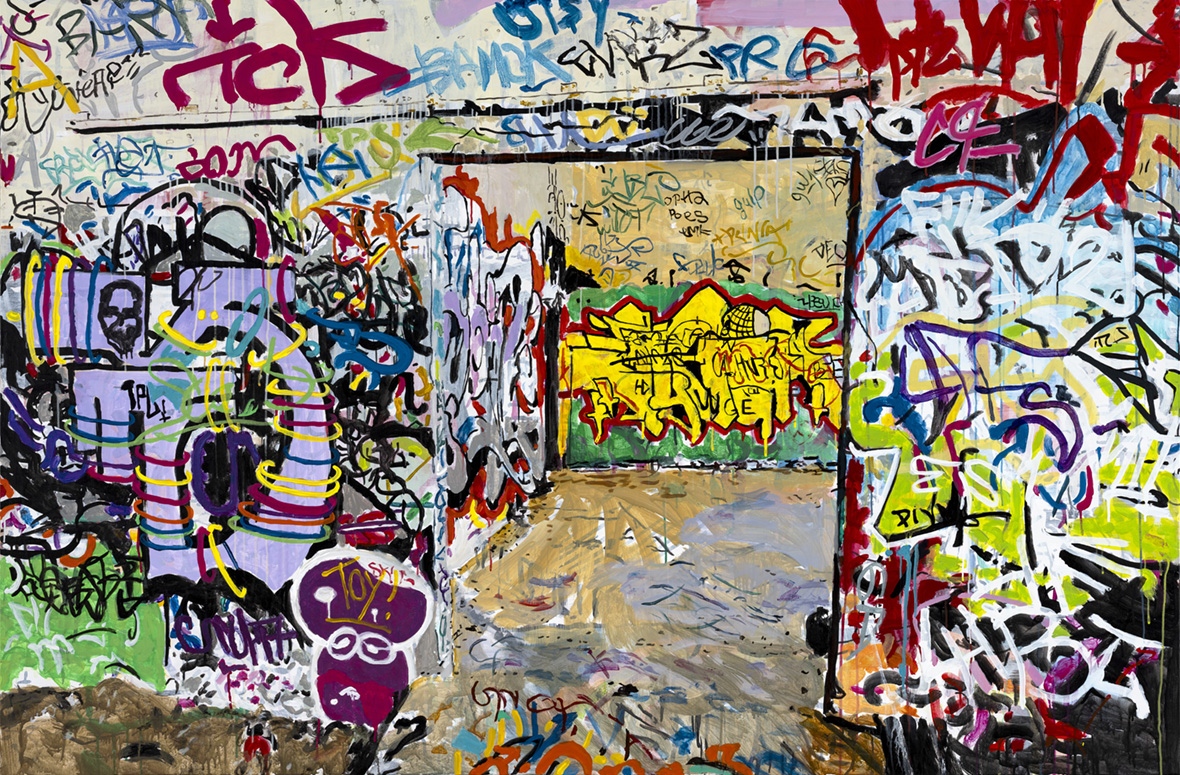 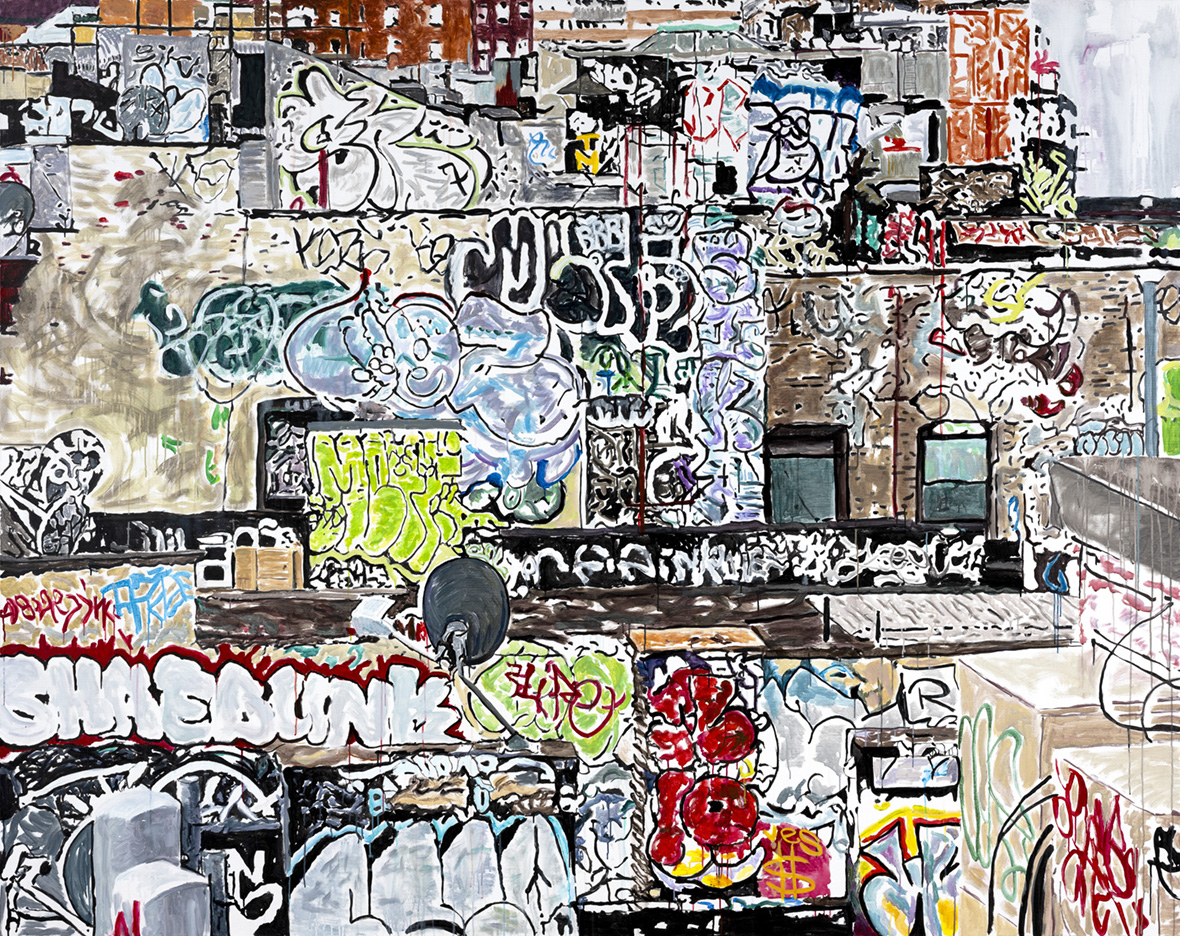 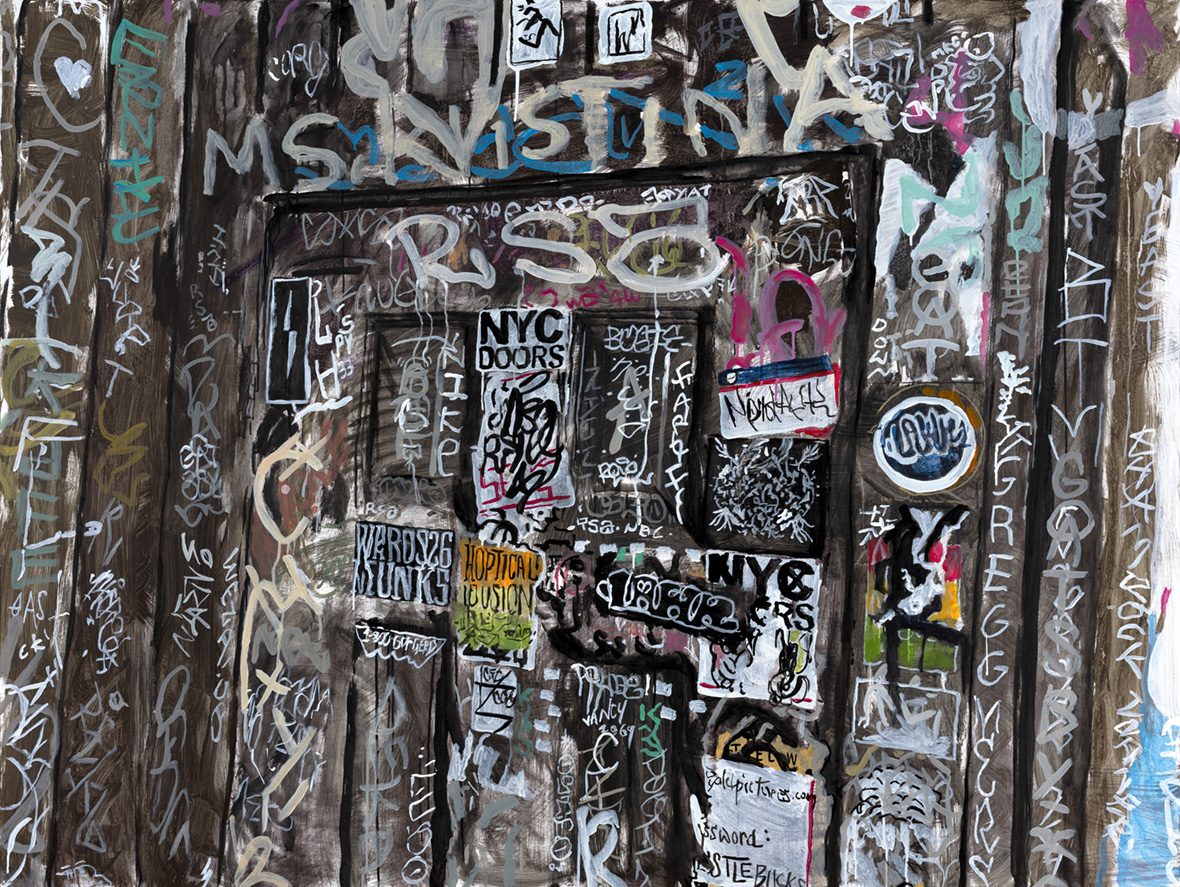 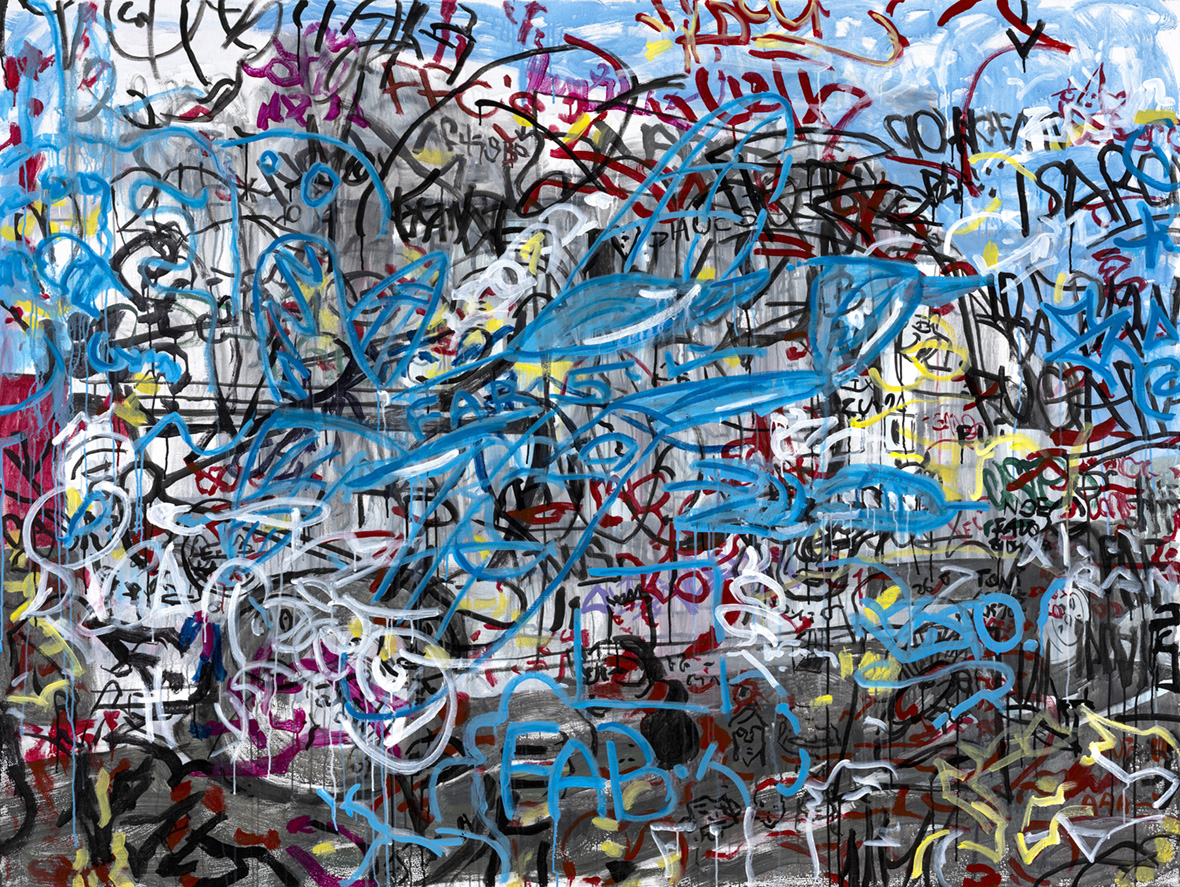 As it turned out, Chen’s hotel was located in Queens, a district with a rich tradition of street art. On his commute, he’d take the 7 train, which runs above ground for much of the way, revealing different views of the city. Bit by bit, he started noticing how several buildings were covered with stunning graffiti, creating striking urban compositions. While exploring Queens, he visited 5 Pointz, an abandoned factory complex that, until its demolition in 2014, was a graffiti Mecca. “When I first got there I was shocked. The colors, the lines . . . none of the old masters used simple lines and pure colors like that.” It was a defining moment, and his attention began to drift away from the walls of the museums to the walls on the streets around him. 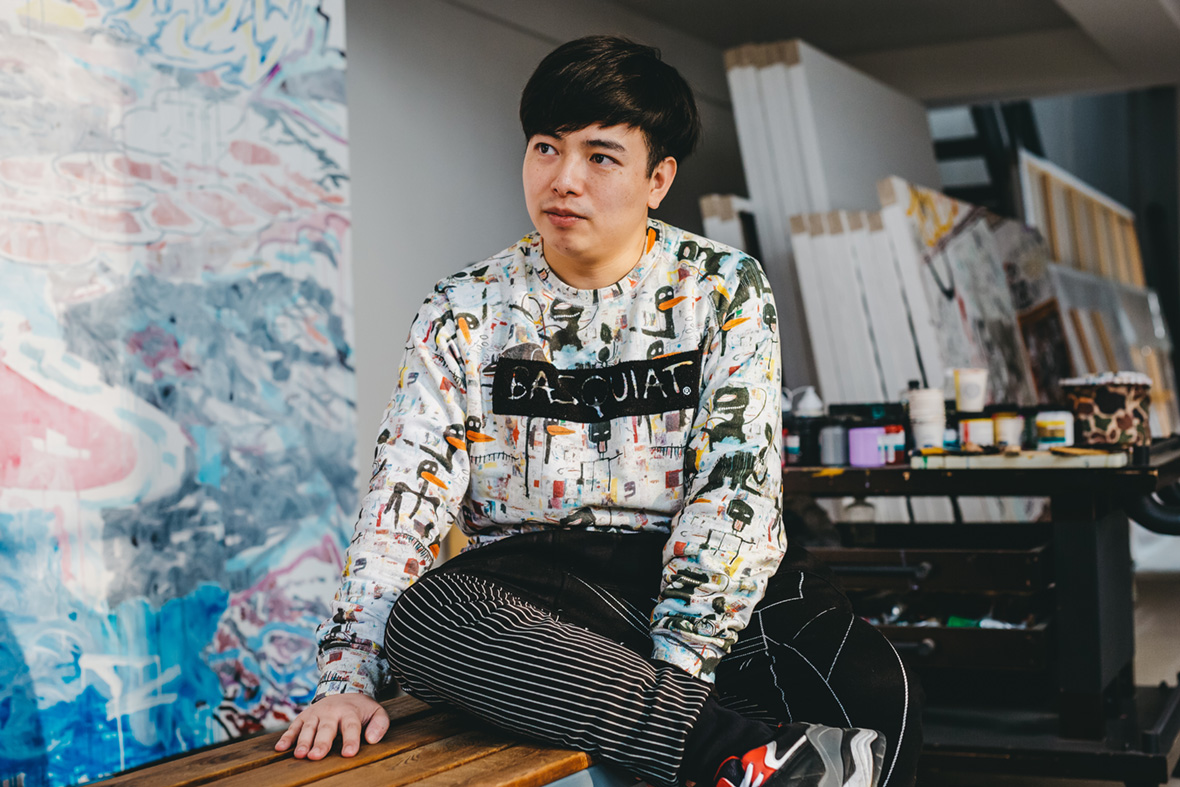 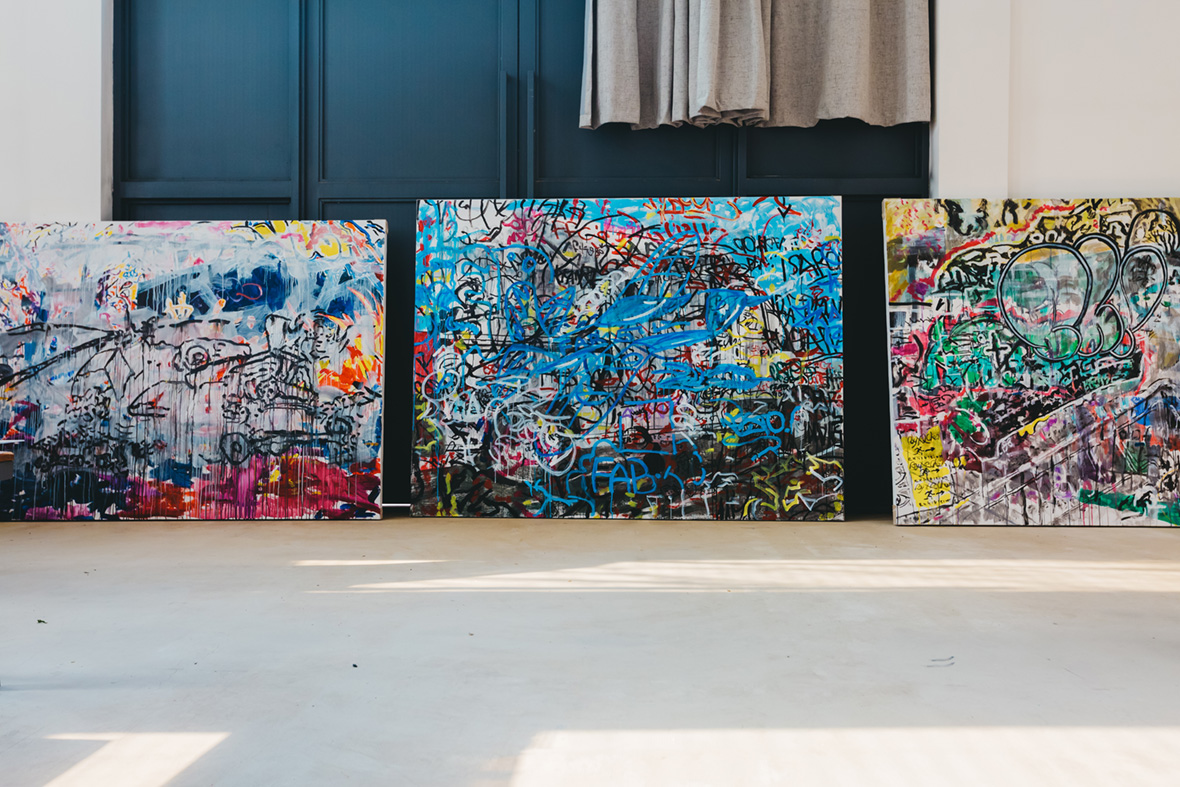 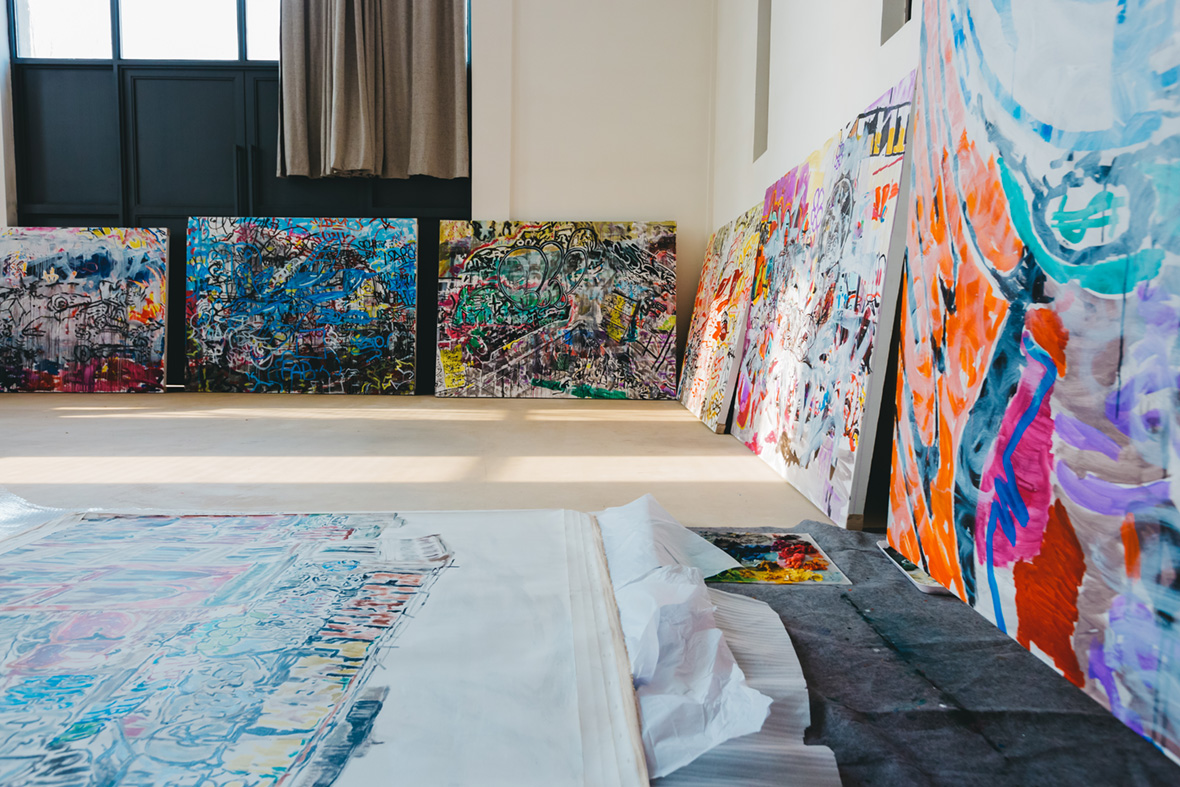 Chen started to absorb street elements and combine them with what he’d learned in school. He began making paintings of the urban environment: walls, alleys, public toilets, abandoned train wagons, and empty pools, all covered in graffiti. Taking works created with spray cans and markers and reproducing them in acrylic on canvas on a large scale—his works are up to three meters wide—became his signature. He now has over 50 pieces that relate to each other as if they came from different sites in the same“graffiti town,” though they’re taken from locations all around the globe.

When he travels, Chen rides the metro and gets out at random stations to explore, hoping to find graffiti art. He constantly takes pictures to have enough material to work with when he gets back to his studio in Beijing. He also looks for interesting locations online, particularly on Instagram. When he reaches a location he’s only seen online, it often look completely different. Yet it’s never a disappointment. “I like how graffiti art changes frequently, how it gets dirty—these are the effects of time,” he says. In his own paintings, he also uses multiple layers, showing old graffiti covered by new. “One of my paintings was shown in an exhibition in Shanghai, and when it was returned to me, I felt the urge to cover it with another layer.” 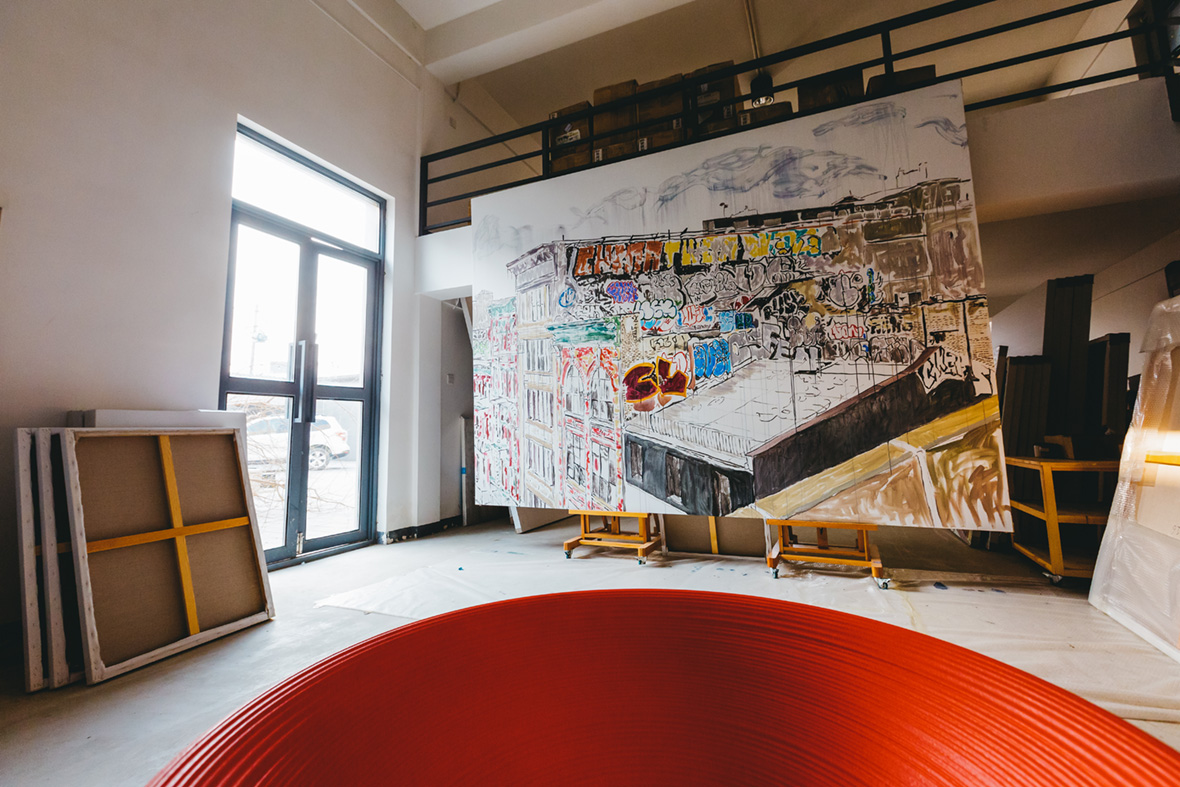 Chen likes to explore areas with graffiti when nobody is there, so that he can observe them properly. “I enjoy the feeling of having the entire place for myself. There’s a strange feeling of mystery,” he explains. He never portrays people in his works: the canvases are populated exclusively by the remains of the scribblings, stickers, and tags left there over time by different people, culminating in a grand chaotic montage.

Human figures would distort what he seeks to portray: an urban landscape of concrete and brick and spray paint. Chen’s works hang on the walls of museums, just like the works of the masters he was compelled to study. Bridging the gap between graffiti and galleries, he’s staked out a place in the art world that’s distinctively his.

To keep up to date with upcoming exhibitions or works from Chen Xuanrong, visit Art+ Shanghai Gallery. 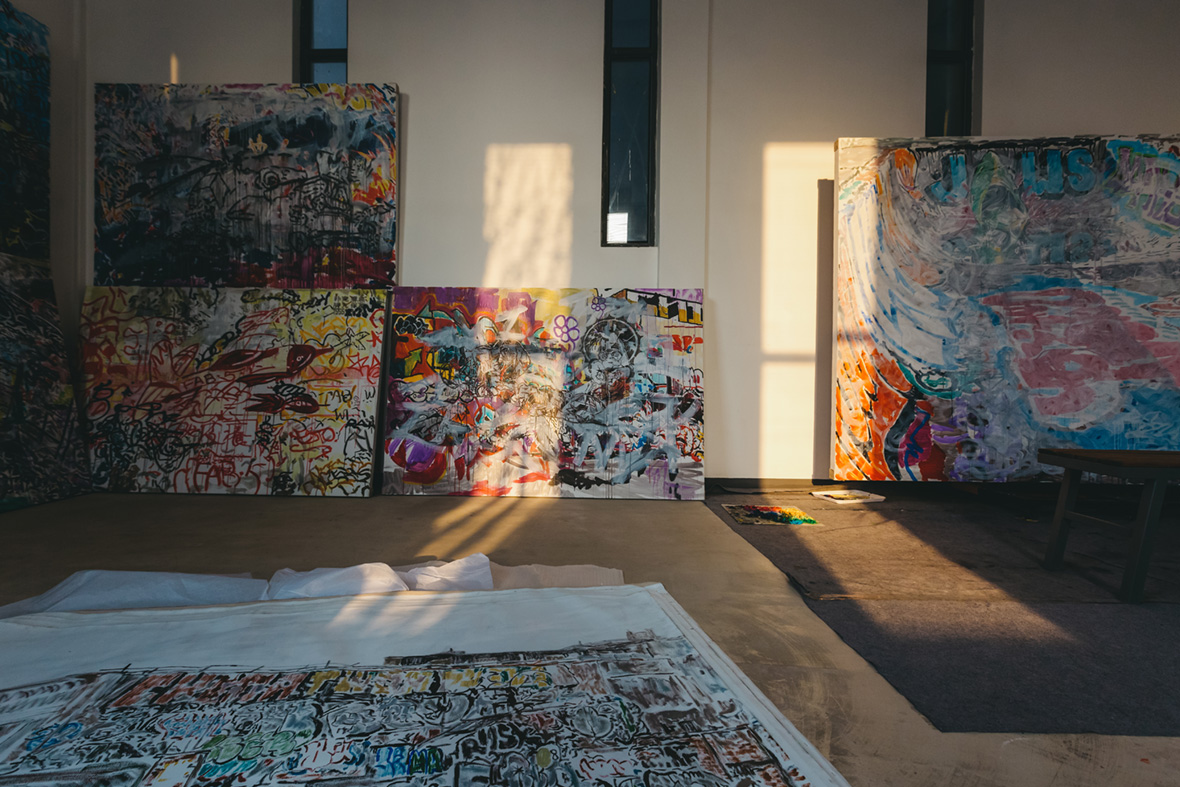 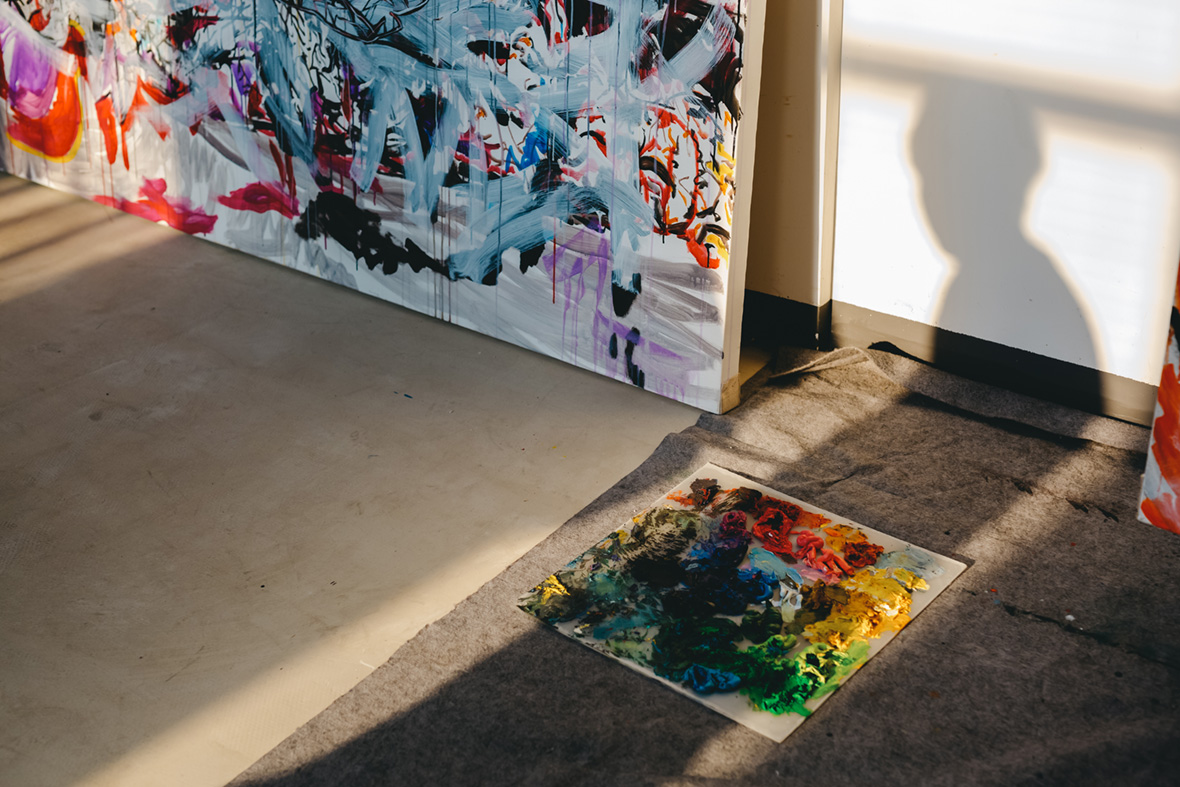