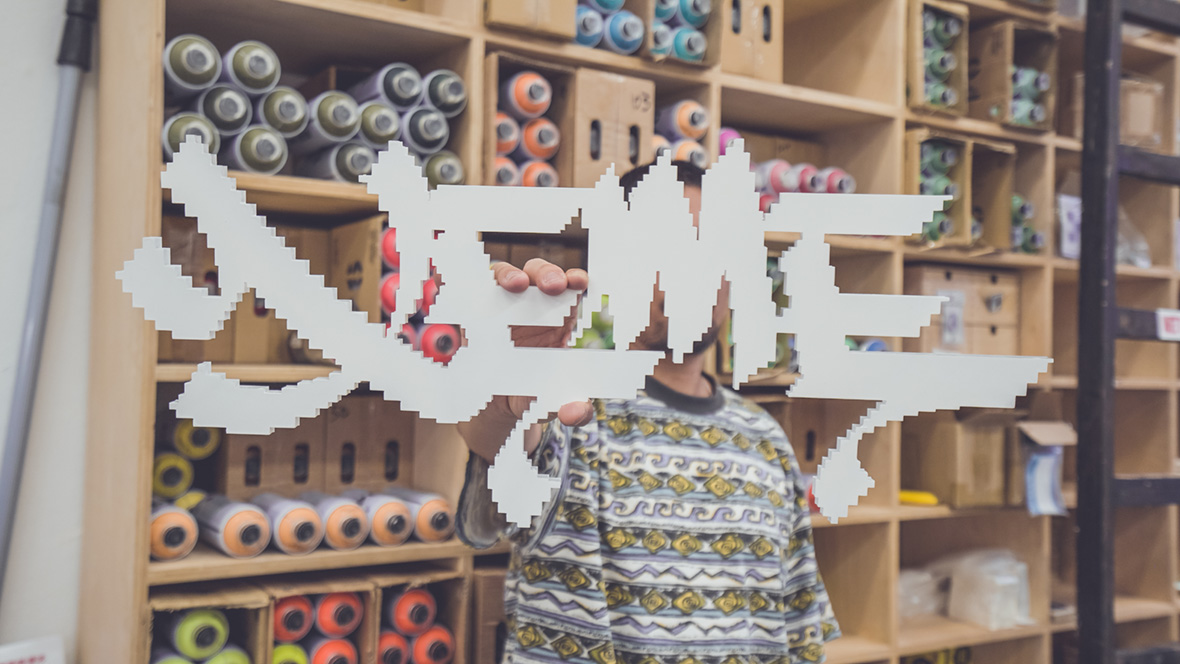 On a wall wedged beneath an elevated subway station and above a major highway, Xeme gets quickly to work painting his blocky, pixelated letters. The white paint absorbs the orange glow of the Hong Kong skyline in the distance, visible here from an angle even locals never see. This is exactly the type of thing he excels at: instantly recognizable letters in high-traffic locations. He’s been one of Hong Kong’s most prominent graffiti writers for close to a decade, someone who’s helped propel the city’s graffiti scene into the international spotlight. 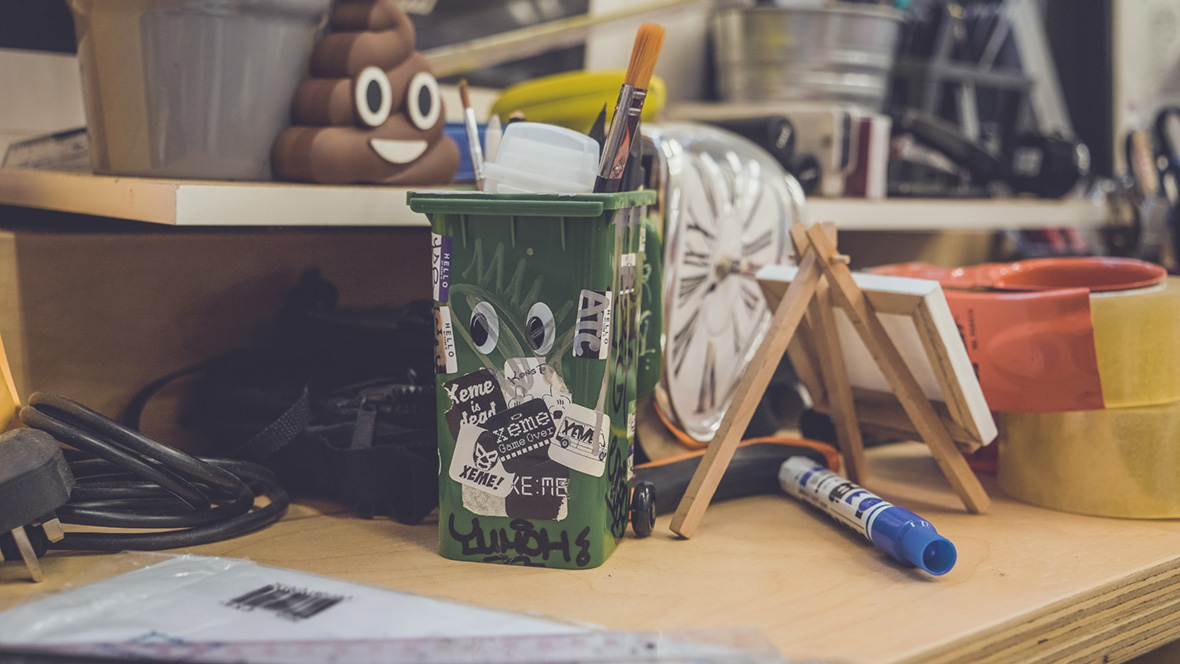 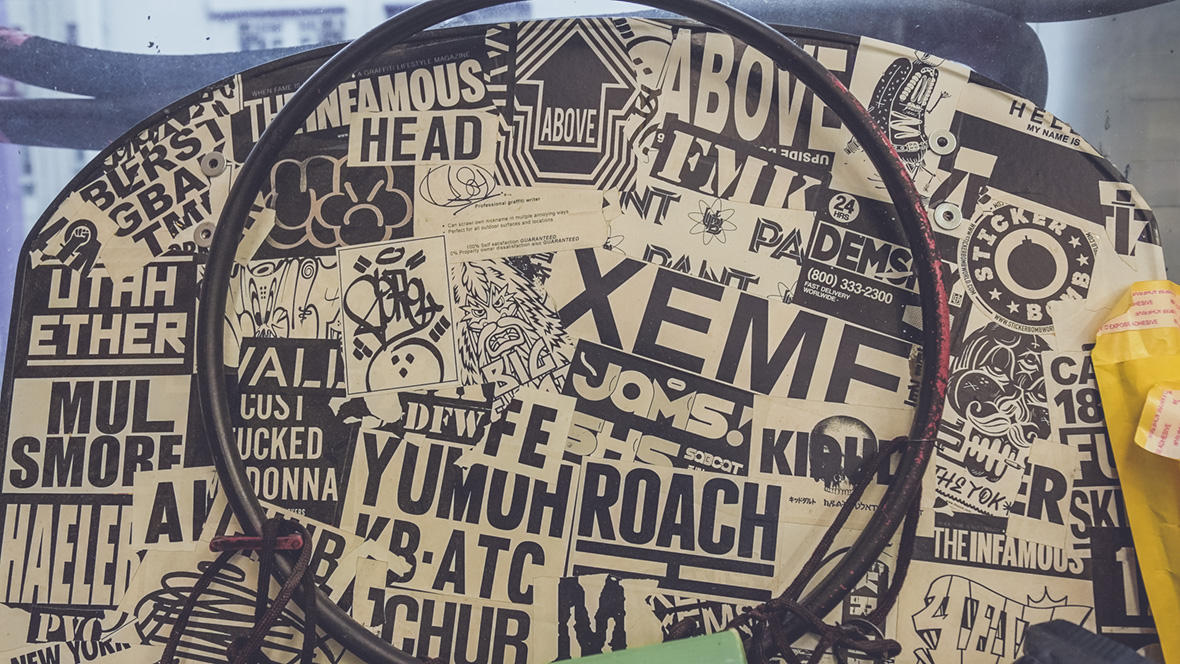 Riding around the city, you see Xeme’s name everywhere. Whether it’s six-foot-tall tags, quickly filled-in bubble letters, or a seemingly endless amount of stickers, it’s impossible to go far without bumping into his work. And while he started out as a vandal, this moonlit pastime has propelled him into the business and art worlds. 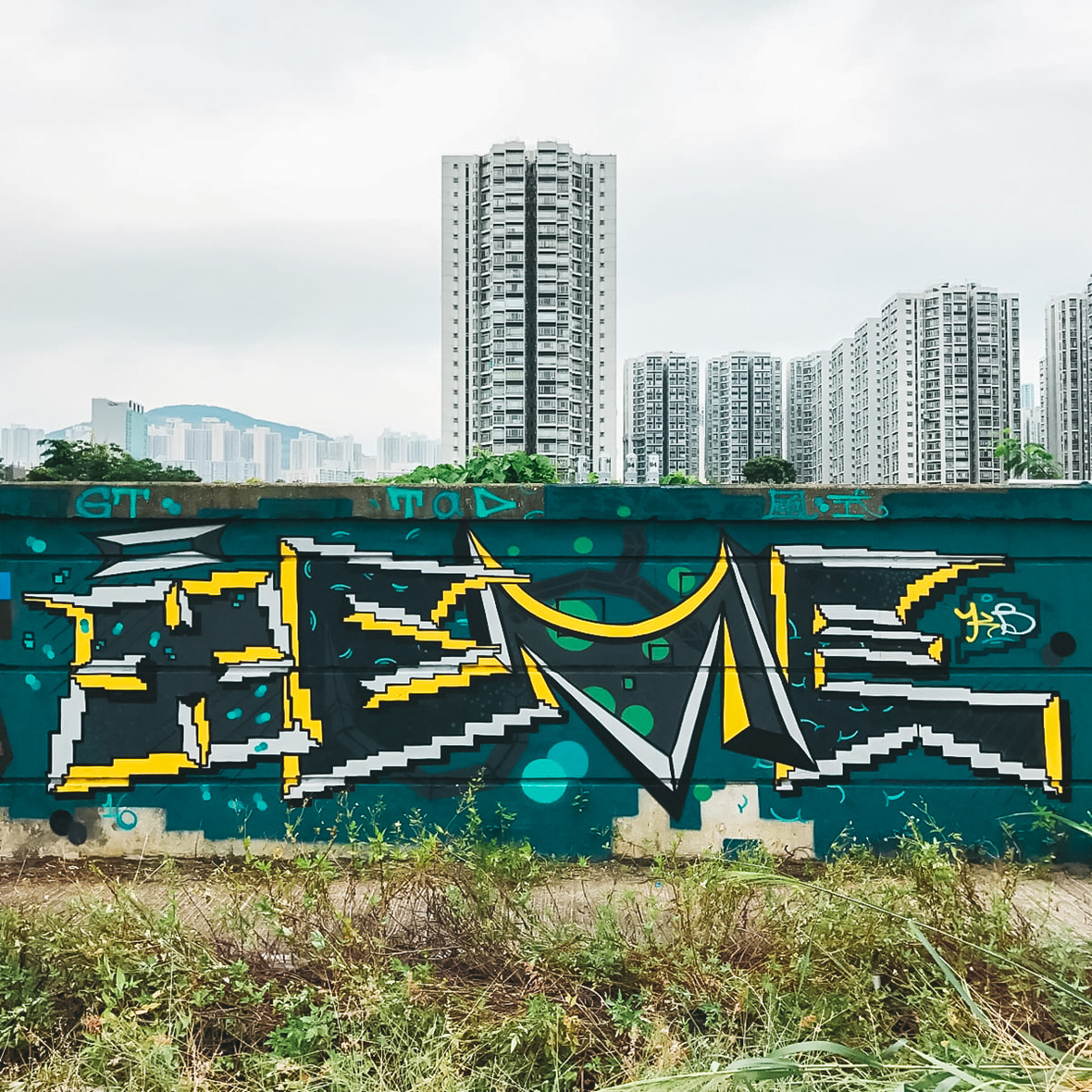 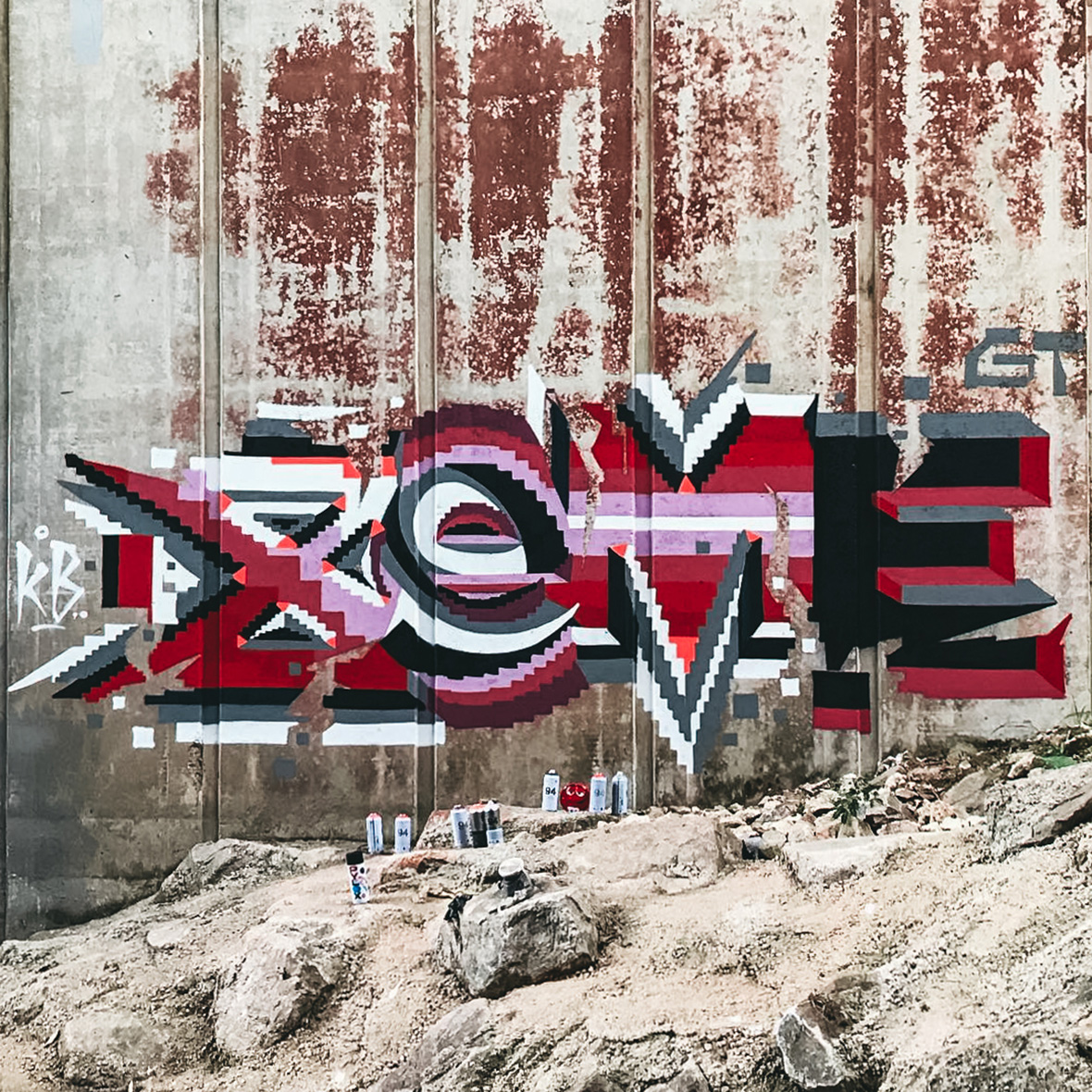 Xeme’s first experience with graffiti was the writing on a trackside wall that he would pass daily as a teenager walking to high school, a sight he would gawk at with awe and wonder. But Hong Kong has never been a city defined by its graffiti, which made learning anything about it very difficult, especially in the early-aughts. At first, he didn’t even know what to call the painted lettering he saw by the tracks. He experimented on hidden walls with tags using an Asian aerosol brand called Pylox, but really had no idea what he was doing.

“I was trying to figure out how to get magazines [about graffiti] and stuff, which was really hard,” Xeme recalls of those early days. “We had no resources, all I could get was the US rap magazine The Source, which had one page of graffiti per issue tucked all the way in the back.” A few years later he met people at a couple of local shops who would travel abroad and bring graffiti supplies back. There was Weed Time, which sold streetwear and did tattoos, and Ashery Clothing, where he met a lot of his crewmates, which sold German-made Belton paint. The internet age arrived not long after, opening Xeme’s eyes to the world at large and providing a global platform for graffiti from Hong Kong. 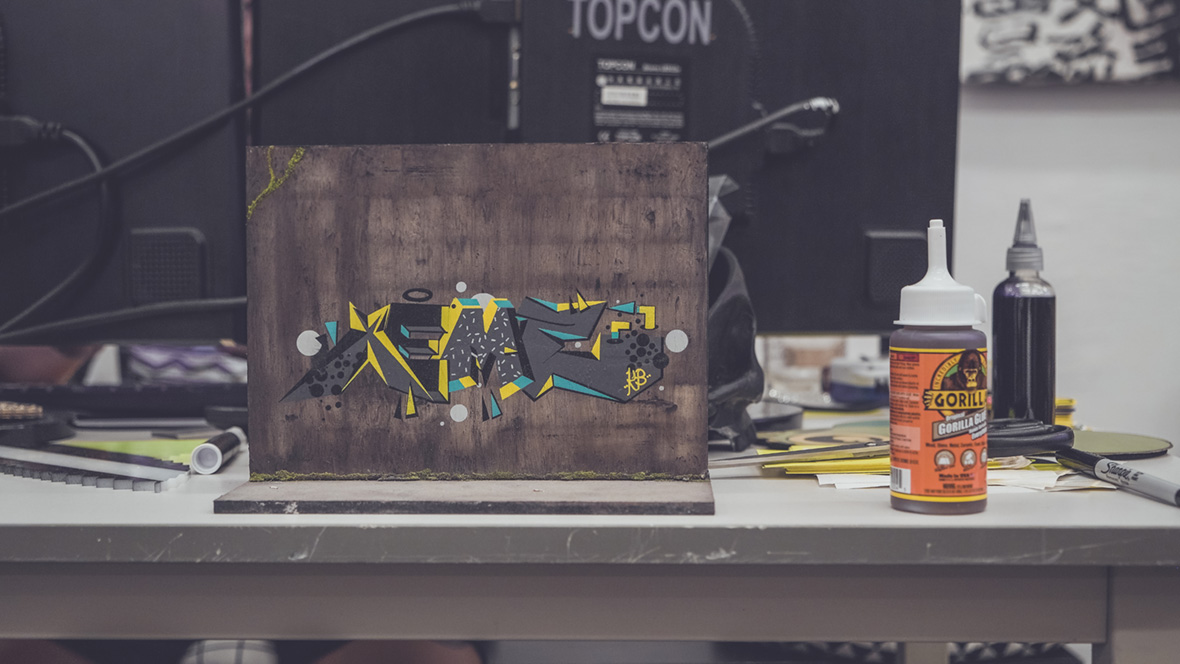 It was tags that Xeme began with, and which he still favors to this day. But it was burners—the colorful and detailed pieces that most of the world can appreciate—that turned him onto art. “I hated art back then, I would sleep during art class,” he laughs of his high school days. “Graffiti just looked cool to me, it was a very juvenile attraction. But as you learn more about it, you get into different fields. Graffiti taught me letters and introduced me to art. Once I got better at burners, art grew on me because that stuff is easier to associate with art. This was maybe ten years later after my start. I’m an art nerd now, and I read books on the Renaissance or Minimalism or Dadaism. Basically covering what I missed in school.” 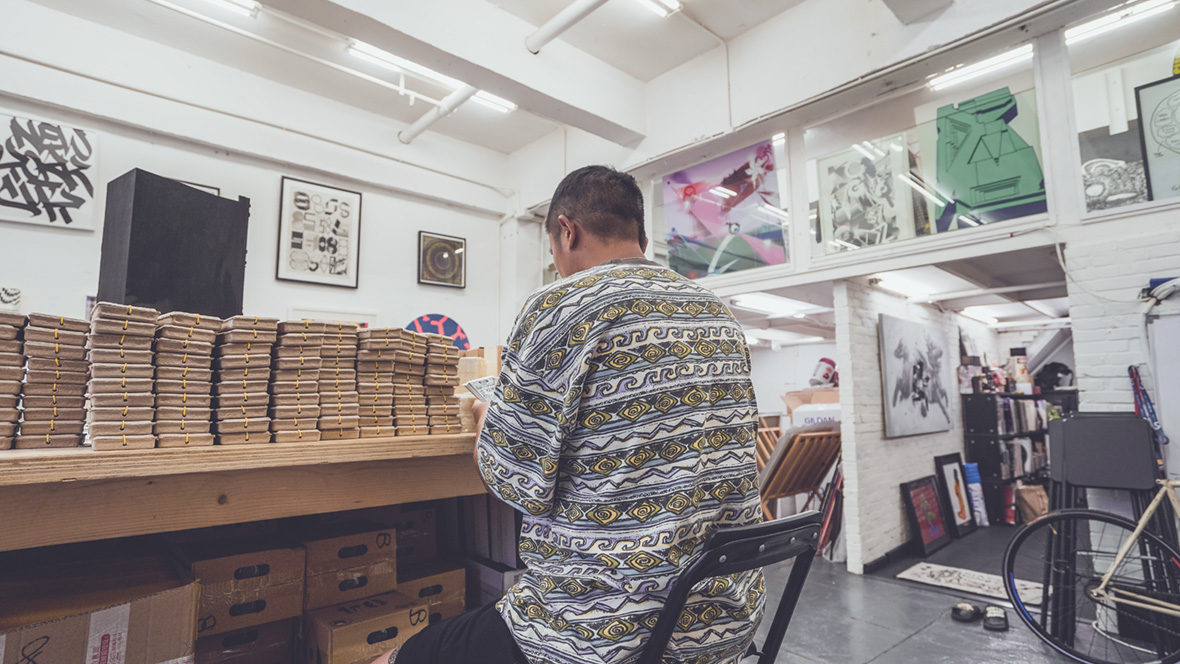 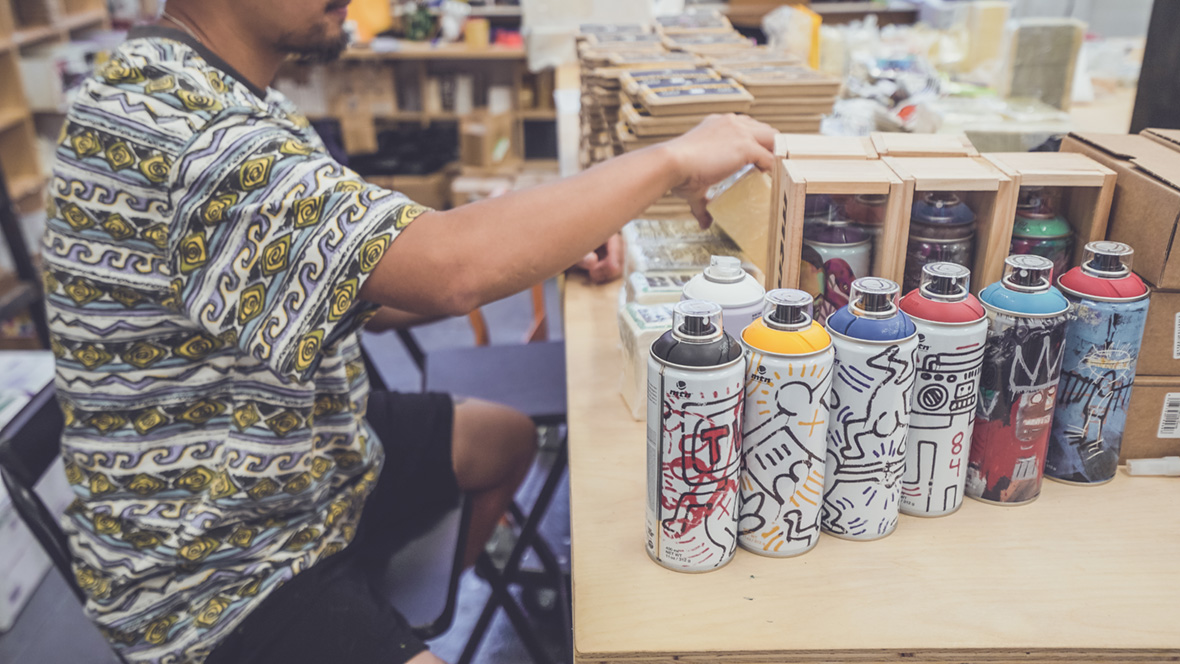 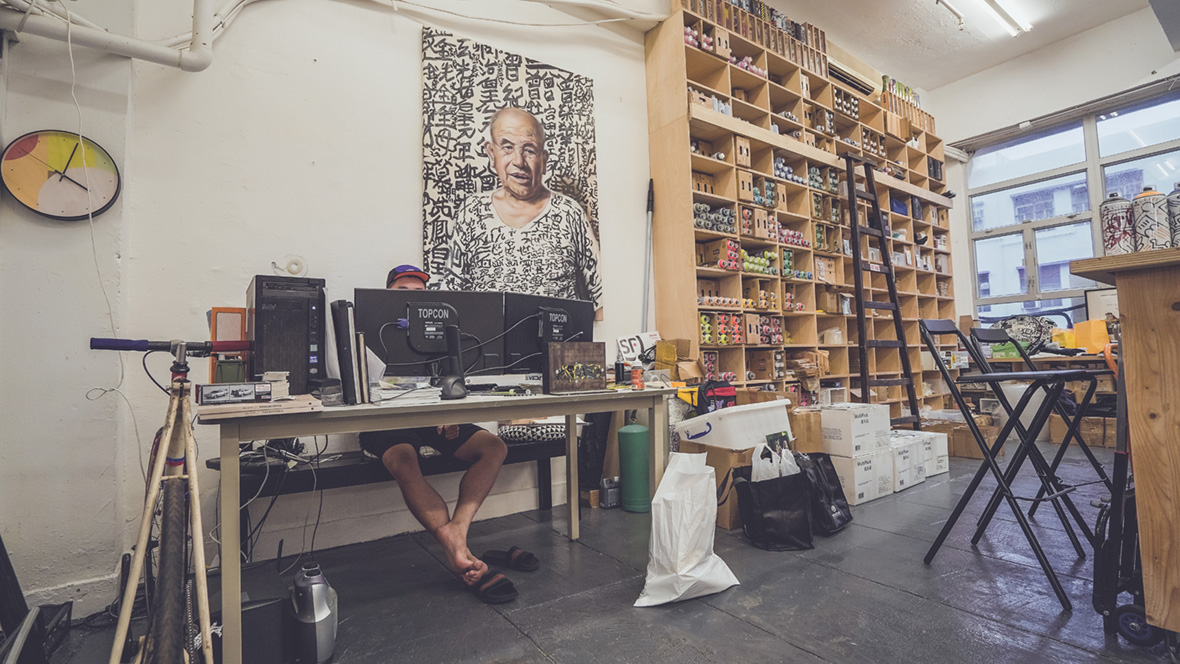 While Xeme may consider himself an art nerd, he’s not too interested in street art. As that scene has grown in popularity, the large murals painted at festivals around the world have become increasingly distanced from their roots. Street art was originally started by graffiti writers who applied their aerosol skills in more commercially viable and accessible ways. But as artists from other walks of life have gotten involved, it’s become more difficult for graffiti writers to participate. It now takes a level of financial investment and professional networking know-how that were rarely necessary in graffiti. And some of graffiti art’s essential aesthetics, particularly the focus on lettering, are also often frowned upon today. As a result, many graffiti writers have turned their backs on what they consider to be a bastardized medium, painting over murals in direct rebellion against the changes they represent. Xeme doesn’t take it that far, but he’s not crazy about the current state of the scene. 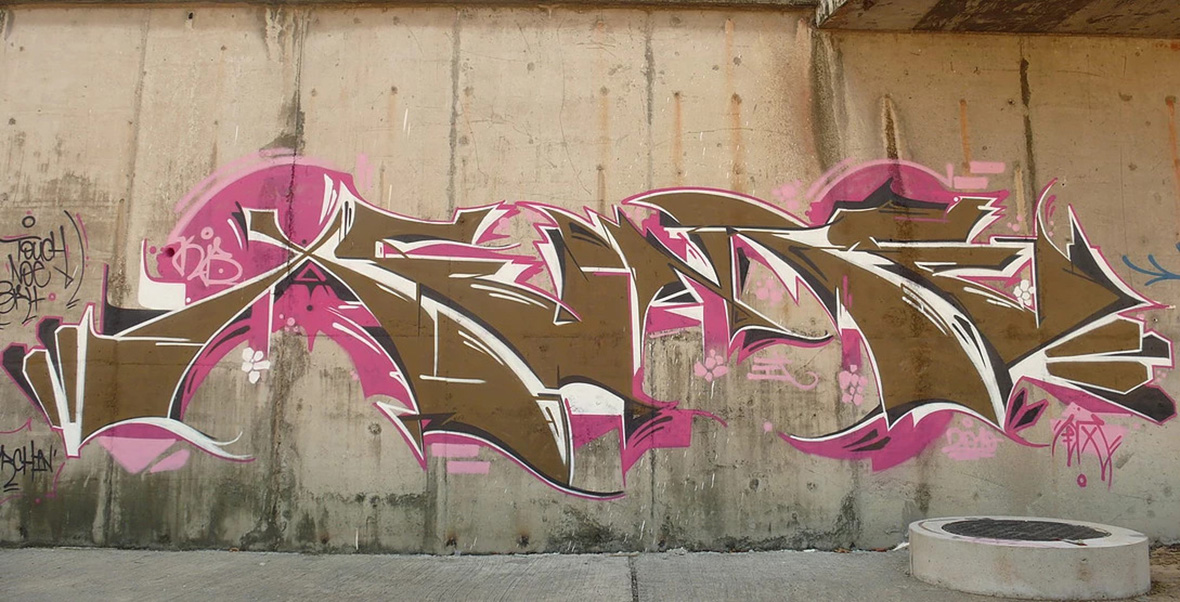 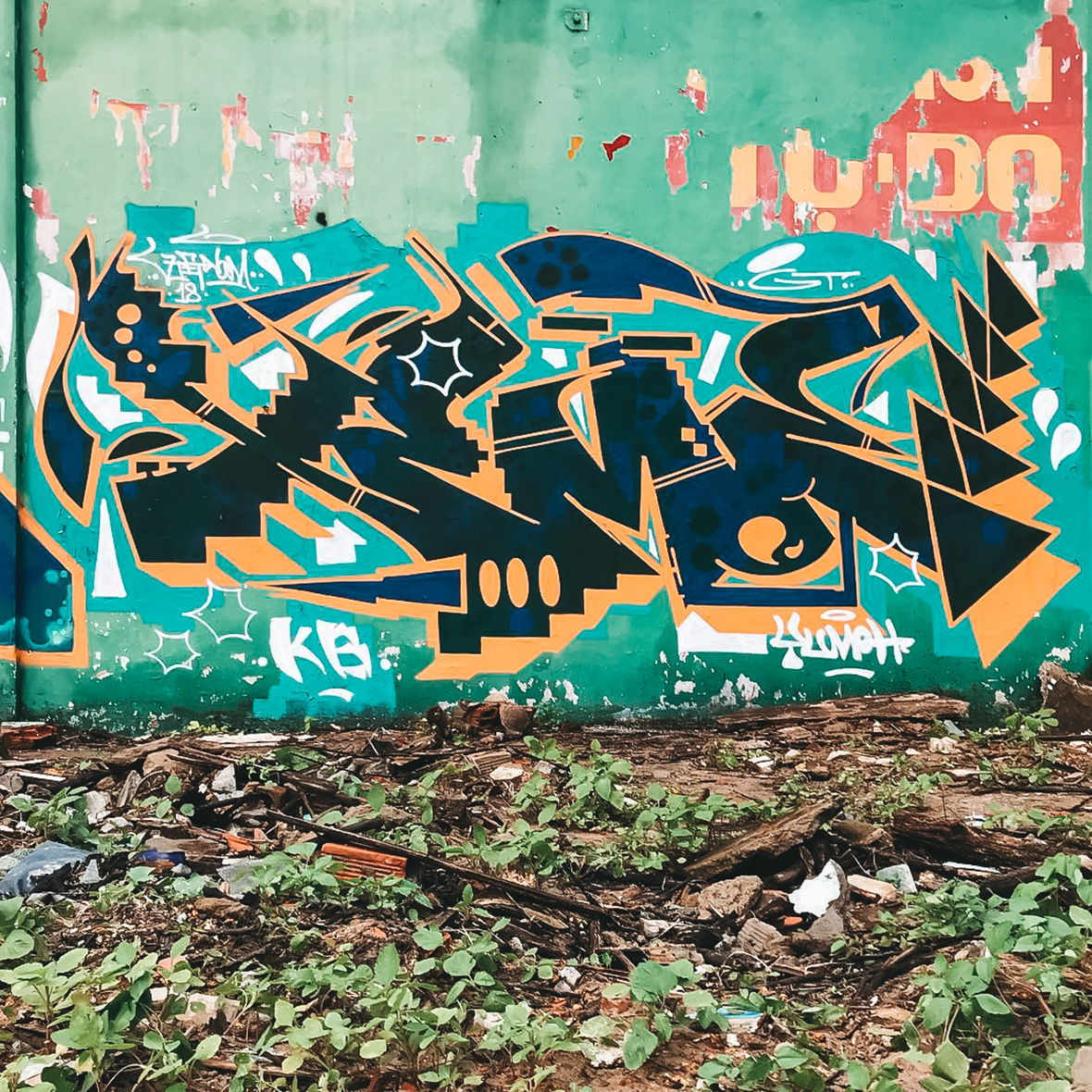 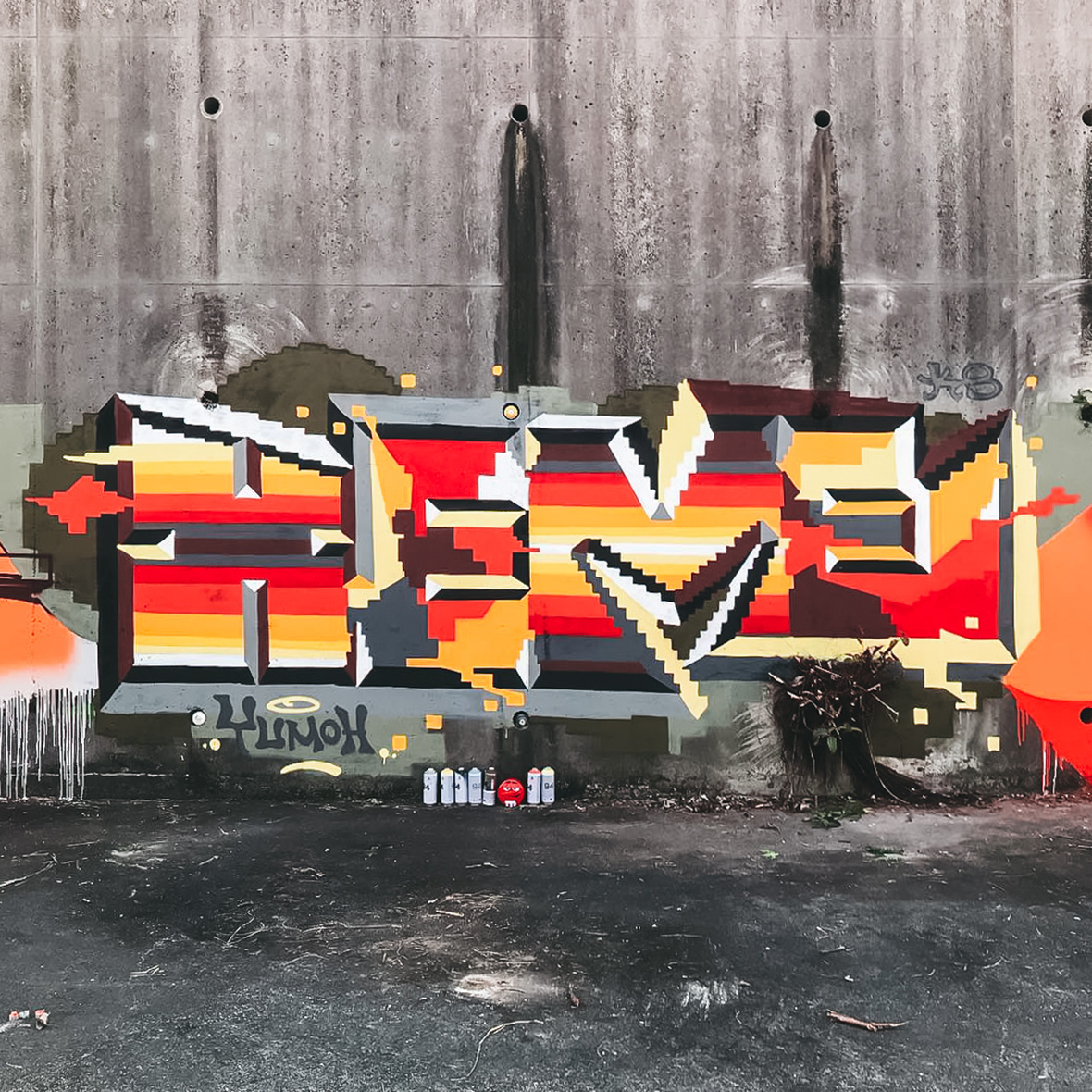 “Street art wouldn’t exist if it weren’t for graffiti, so it still has a very important role,” he says. “Many of the artists leading the movement have strong graffiti backgrounds, and the street art with graffiti elements in it is what really catches my attention.” But overall, he just focuses on his own passions.

Graffiti also led to much of his business opportunities. He runs a sticker company called Egg Shell that’s globally renowned, and he helps get spray paint into shops across Asia. “I give all the credit to my city,” he says. “The fact that they don’t paint over much in the city means my name runs forever. And there’s so much room to paint here. There’s not much competition, either. My career is entirely thanks to my city and mostly to graffiti.” 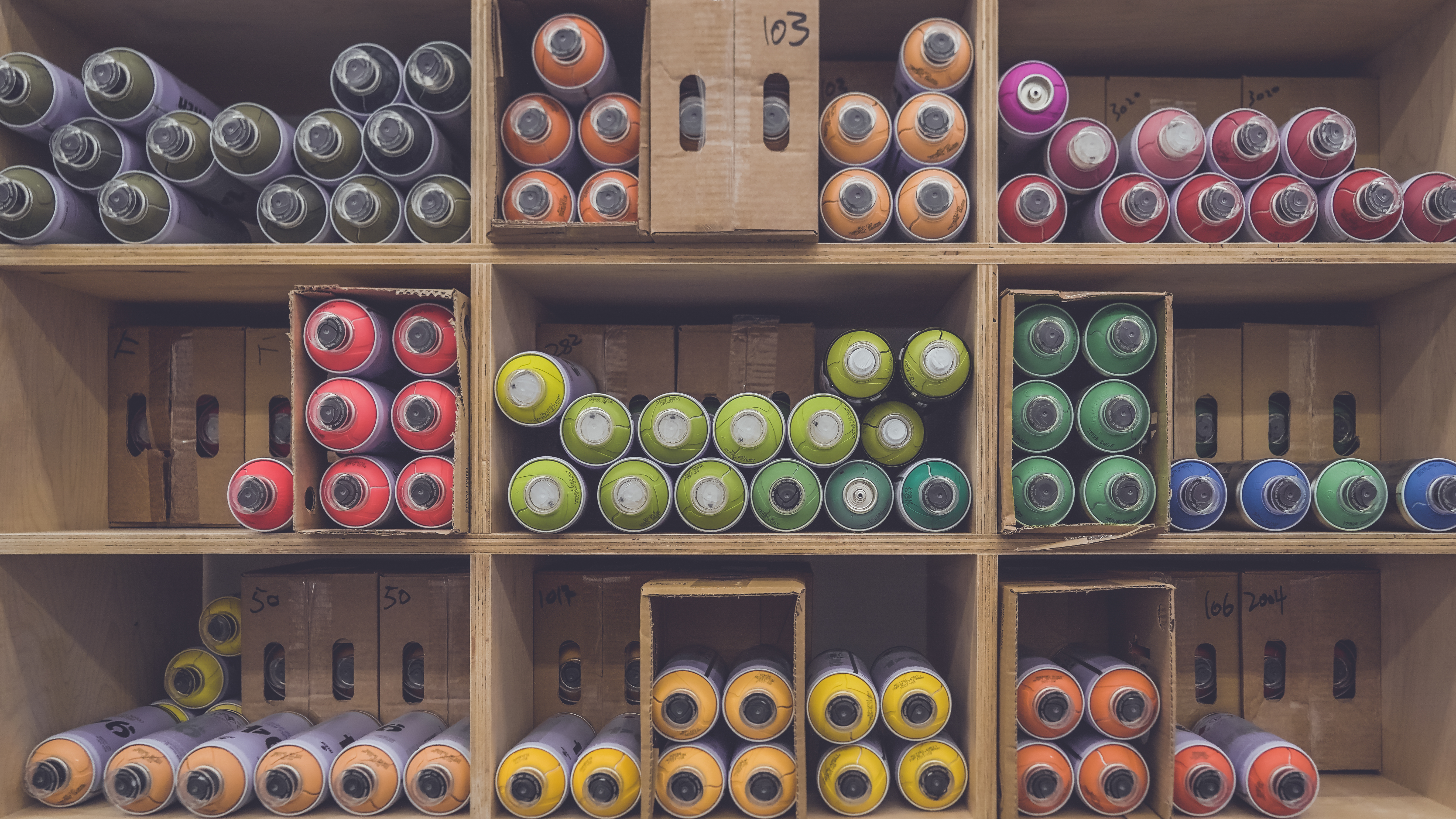 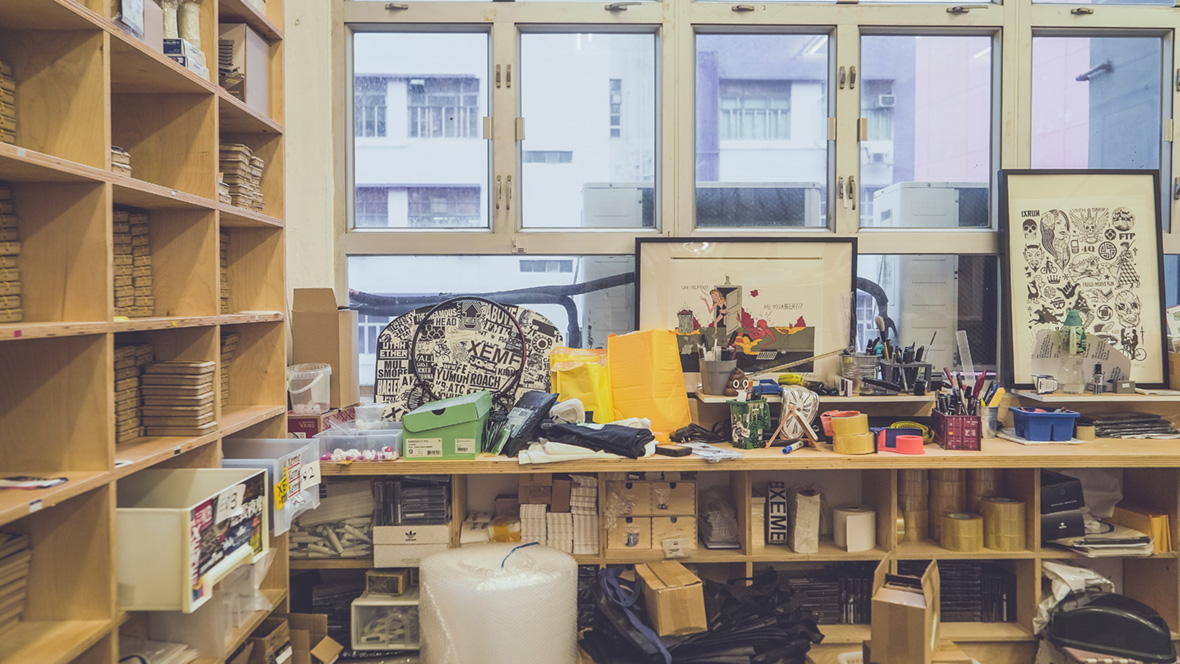