Can you pinpoint the exact moment you left “home”? For some people, perhaps it was when they moved out of their parent’s houses and into their college dorms. For others, maybe the feeling didn’t hit until after graduation as they left behind their friends and took a leap of faith with a job in a new city. Either way, in the search for independence and opportunity, everyone eventually leaves behind a place they regard as home. And in this quest, they’re faced with the task of creating a brand new “home” for themselves.

More often than not, people are drawn to metropolises where opportunities are abundant. This migration in turns causes a constant demand for housing in major cities, where for most, renting is the norm due to the prohibitively expensive costs of buying property. But in China, as rent costs continue rising, it’s not uncommon for tenants to repeatedly move year after year. Curious about the effects of this constant displacement, we take a look at the lives of three Chinese youths living in Shanghai to explore how it affects their lifestyles, get their thoughts on living in a place that both belongs and doesn’t belong to them, and discuss what the idea of “home” truly means. 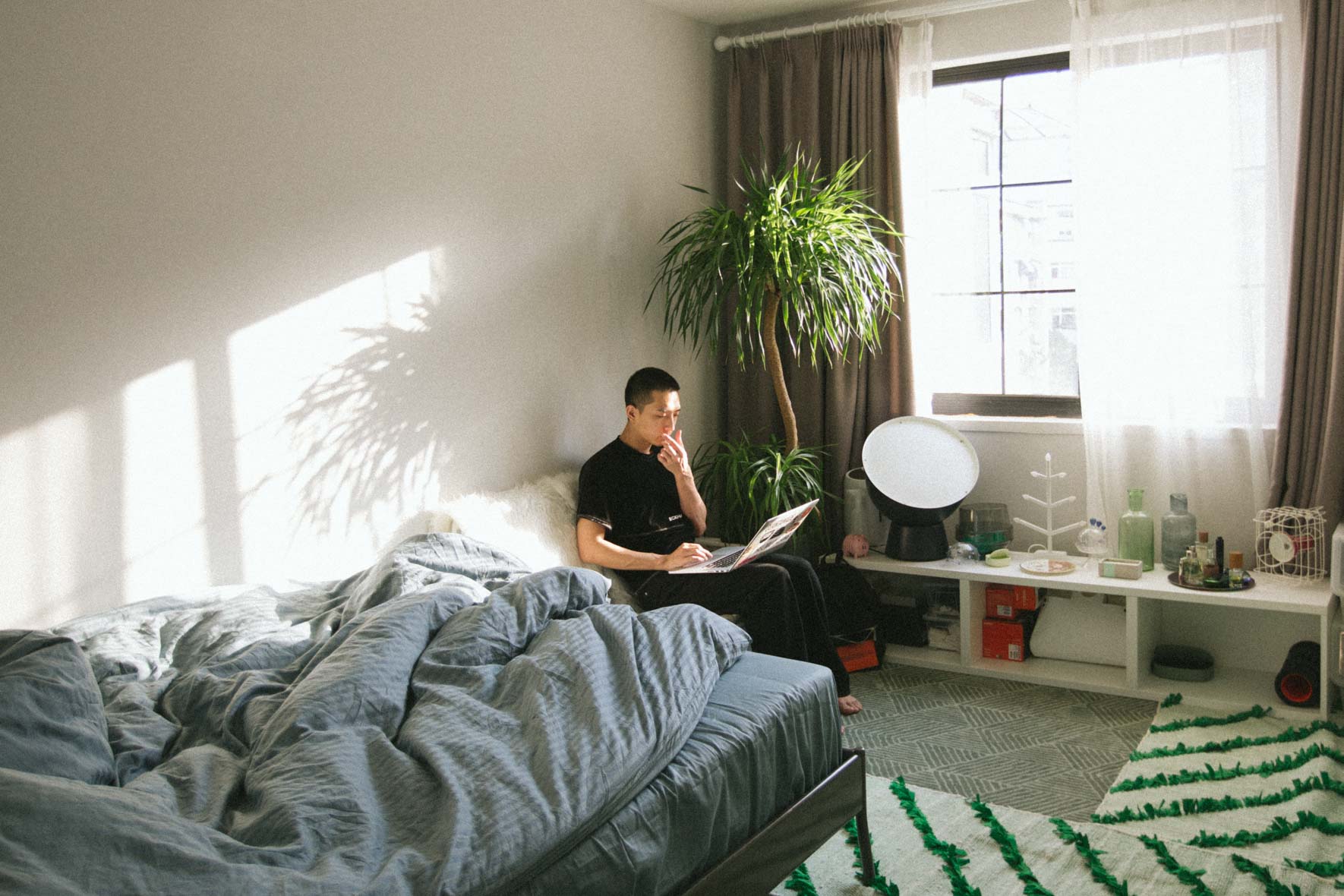 Born in 1994, Ian recently moved back to China after his studies abroad in Japan. Despite being Shanghainese and having parents that live in the city, he’s rented for most of his life since their house is inconveniently located on the outskirts of the city. Having rented for so long, he’s still unsure what “home” is supposed to feel like, but he’s content with what he has now. Today, like many, he shares an apartment with a few close friends as roommates.

Ian is someone who’s difficult to define, but his house is somewhat telling of his personality. Despite the spacial limitations, a large potted plant occupies the corner of his bedroom. From a never-been-used stretching machine to strangely shaped light bulbs, items without any immediately identifiable practicality populate his room. “I like things that are too pretty to be used, like a piece of kitchenware that’s so beautiful you just can’t bear using it. This is far more interesting to me than something that’s designed to be beautiful but without any functionality in mind.”

While Ian might seem borderline obsessive with decorating the apartment, he tells us he isn’t a materialistic person. Everything in his place appears to be flawlessly organized, yet a jar of opened lao gan ma chili sauce left out on the dining room table seems to break this illusion of perfection (even though it turned out to be his roommates). While he’s adamant about living independently, he isn’t overly concerned about personal space. “I don’t really care,” he tells us, shrugging. “It’s something I stopped caring about when I’m fine with roommates. It doesn’t matter because I wouldn’t be living in an apartment with people I don’t like in the first place.” 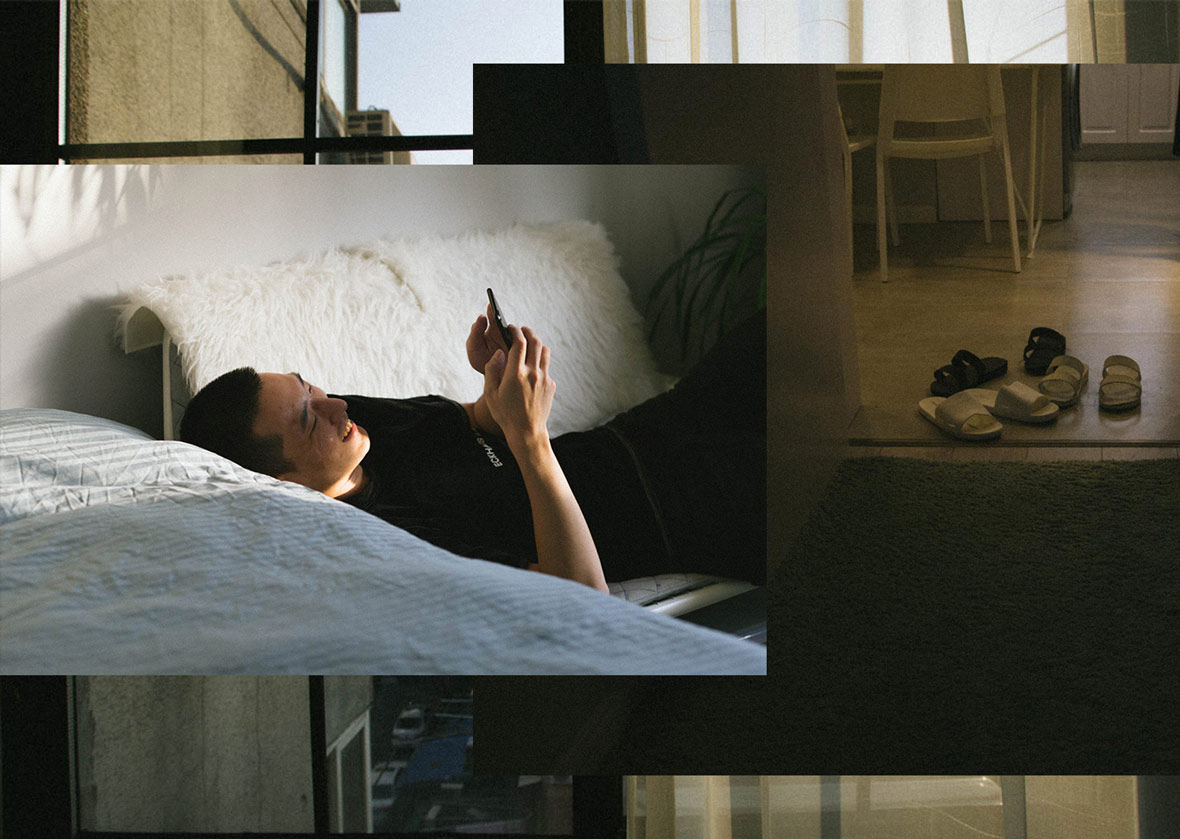 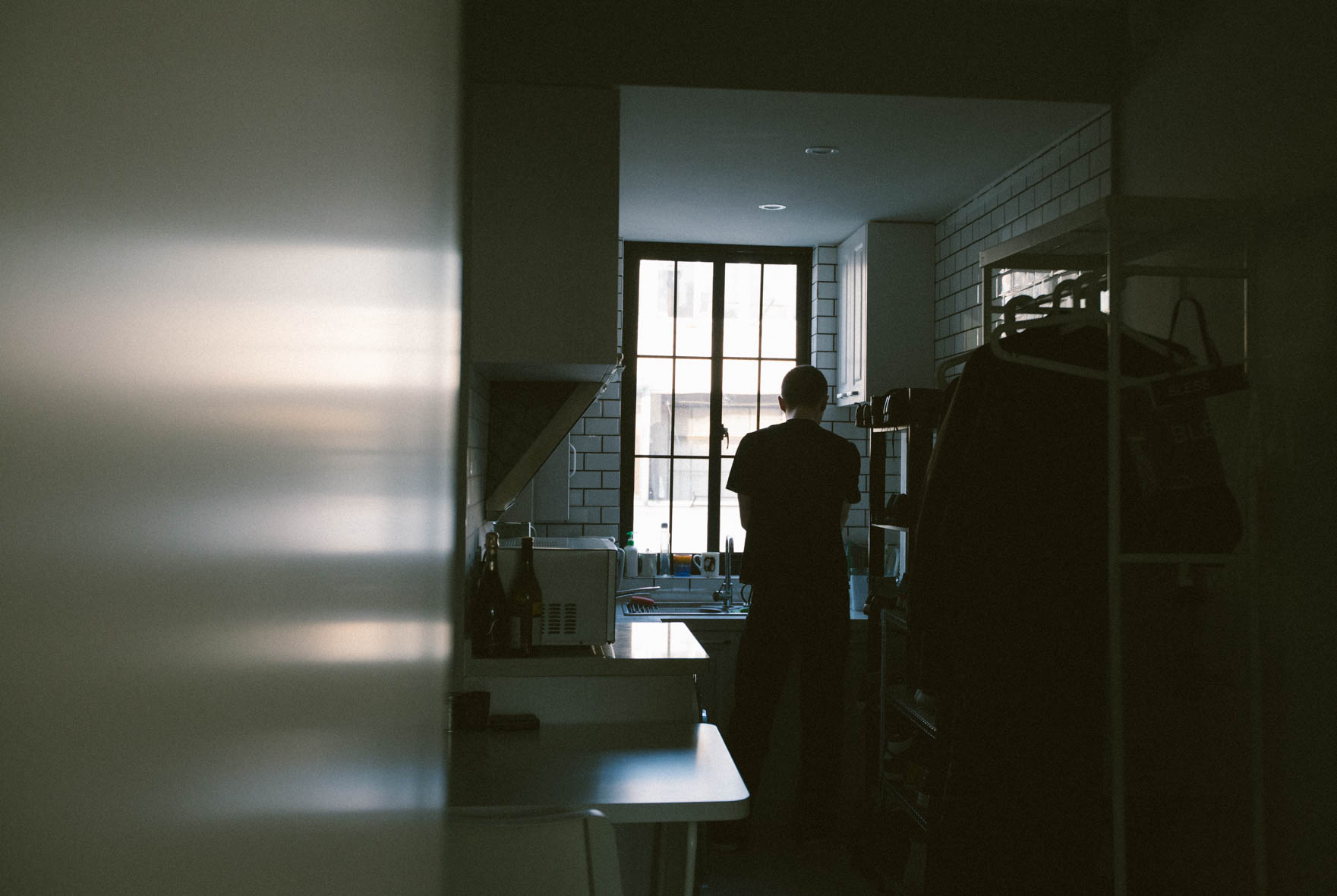 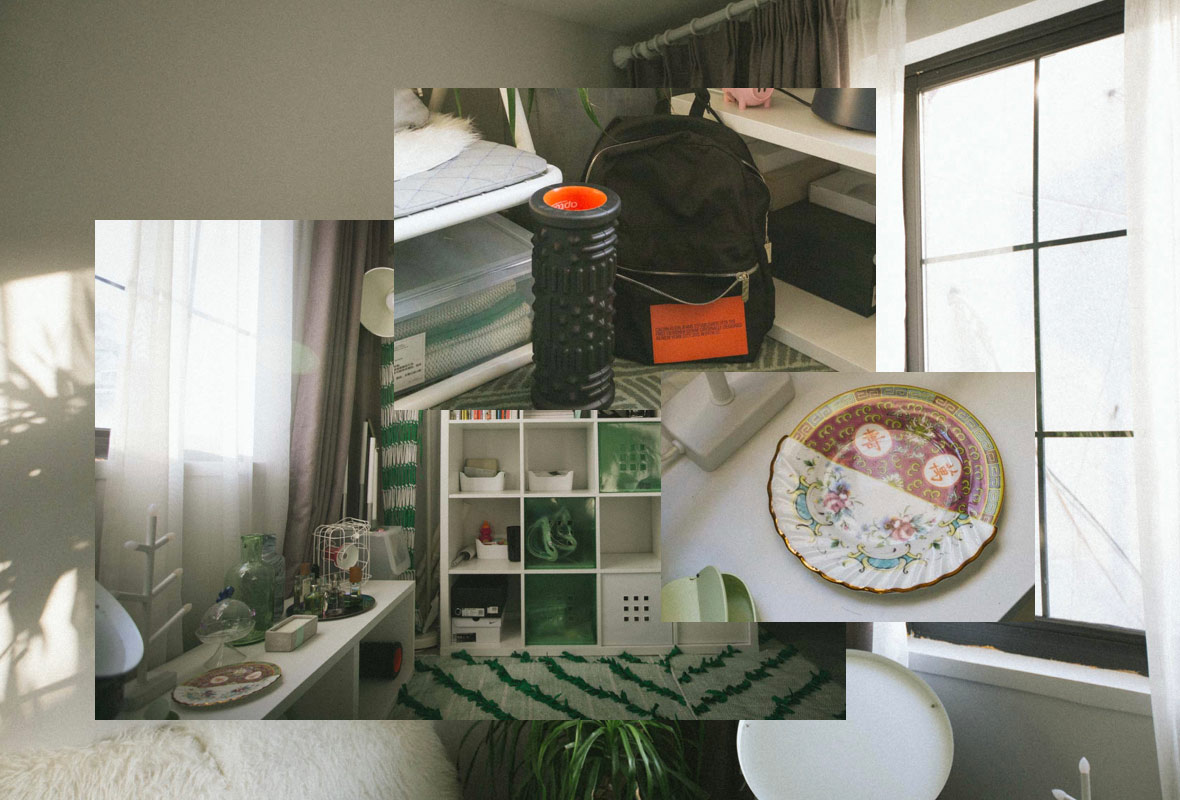 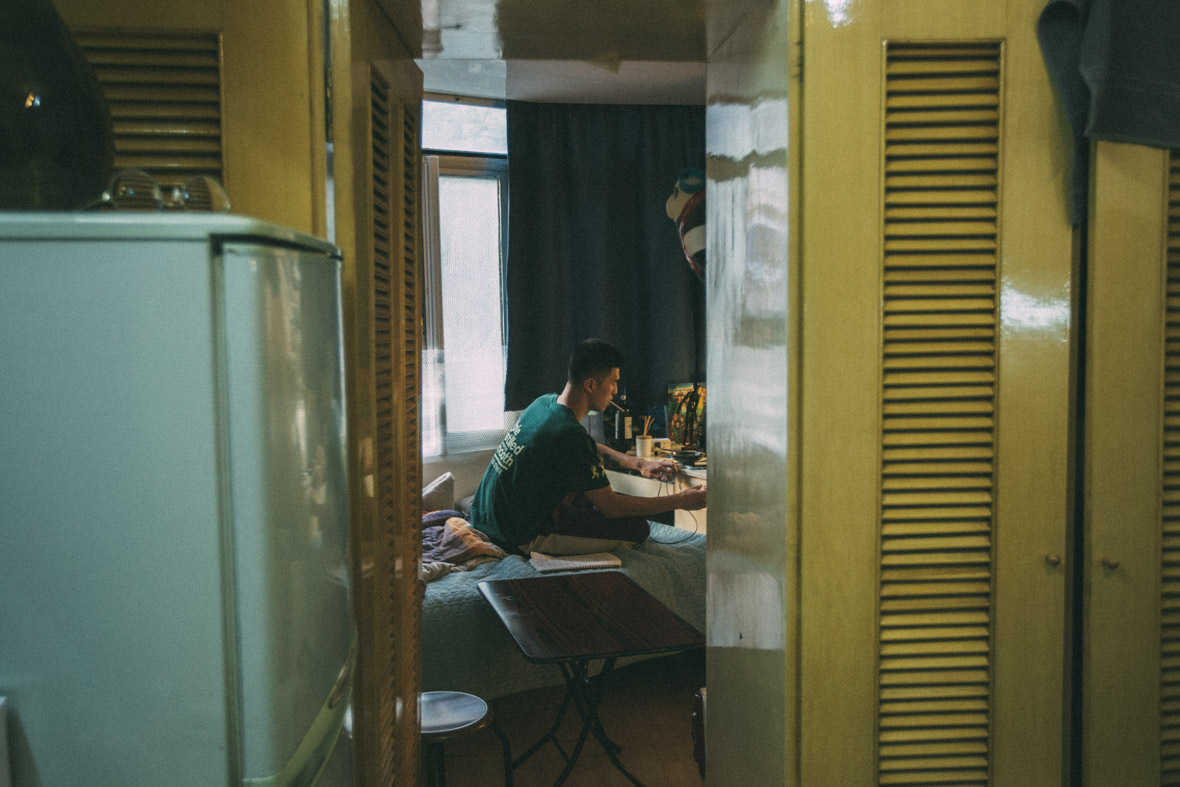 “My friends climb in through the window.”

Kim moved from Korea to Shanghai four years ago for college, and after graduating with a major in business management, he began working as a part-time model.

When we met up with him at his apartment, he was groggy-eyed, having obviously just woken up but still greeted us enthusiastically alongside Boto, his dog. After a quick tour of his quaint space, he plops down crosslegged in the middle of the living room, telling us, “I feel like I don’t really need furniture or a bed. Since I was a kid, I’ve gotten used to sleeping on the floor.”

Eyeing his sofa, he quickly changes his mind, “Actually, I’ve grown pretty fond of sleeping on the couch lately.”

As we began to discuss what some of his favorite activities at home are, he reveals himself to be a major movie buff and tells us he’s infatuated with colors and how they can be used (showing us his sketchbook in the process). He says, at times, he’ll completely lose track of a movie’s plot but still find himself engrossed by the cinematography.

He explains that having the peace and quiet to get lost in activities he enjoys is what gives him the feeling of being home. But despite treasuring his time alone, Kim still often hosts small get-togethers at his place. “Even though I’m renting, I try to treat my apartment like my actual home and not just a place I sleep at. I like to smoke and drink here. I also like inviting friends over to smoke and drink together. I always end up making plenty of great memories no matter where I live, so whenever I move away out of an apartment, I feel quite sentimental about it.” 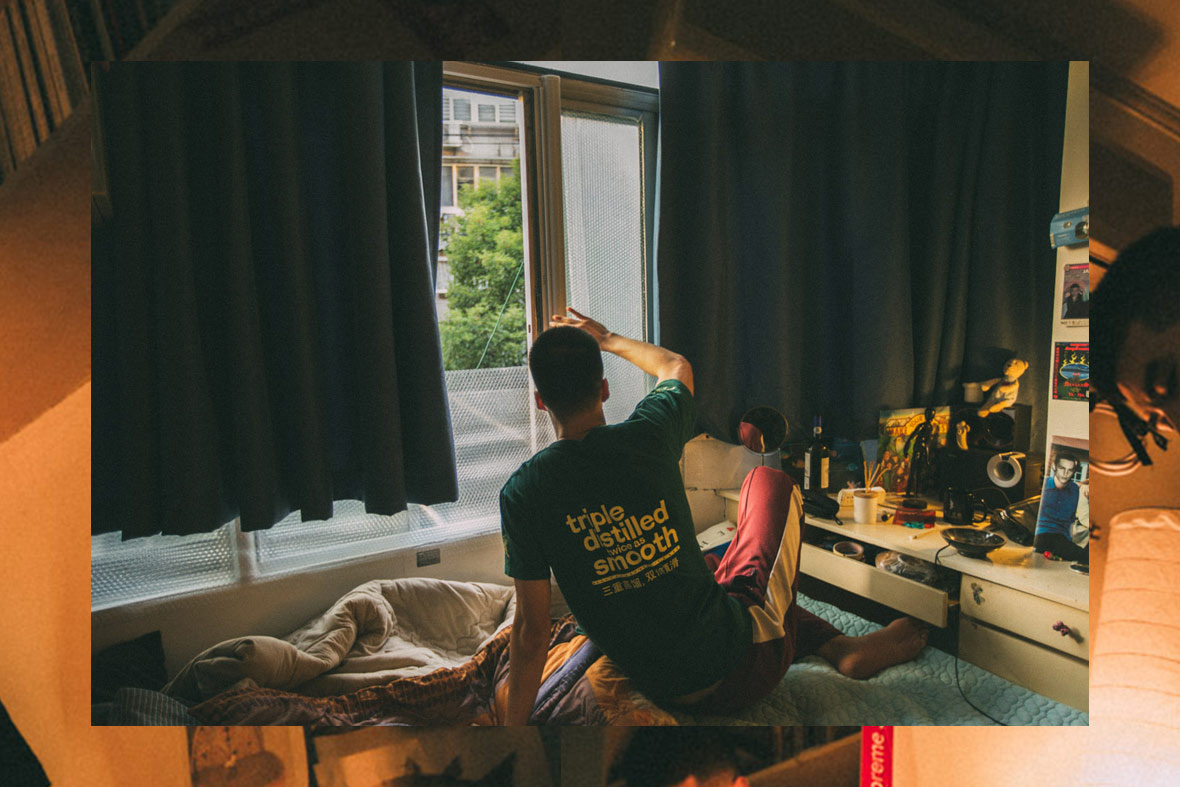 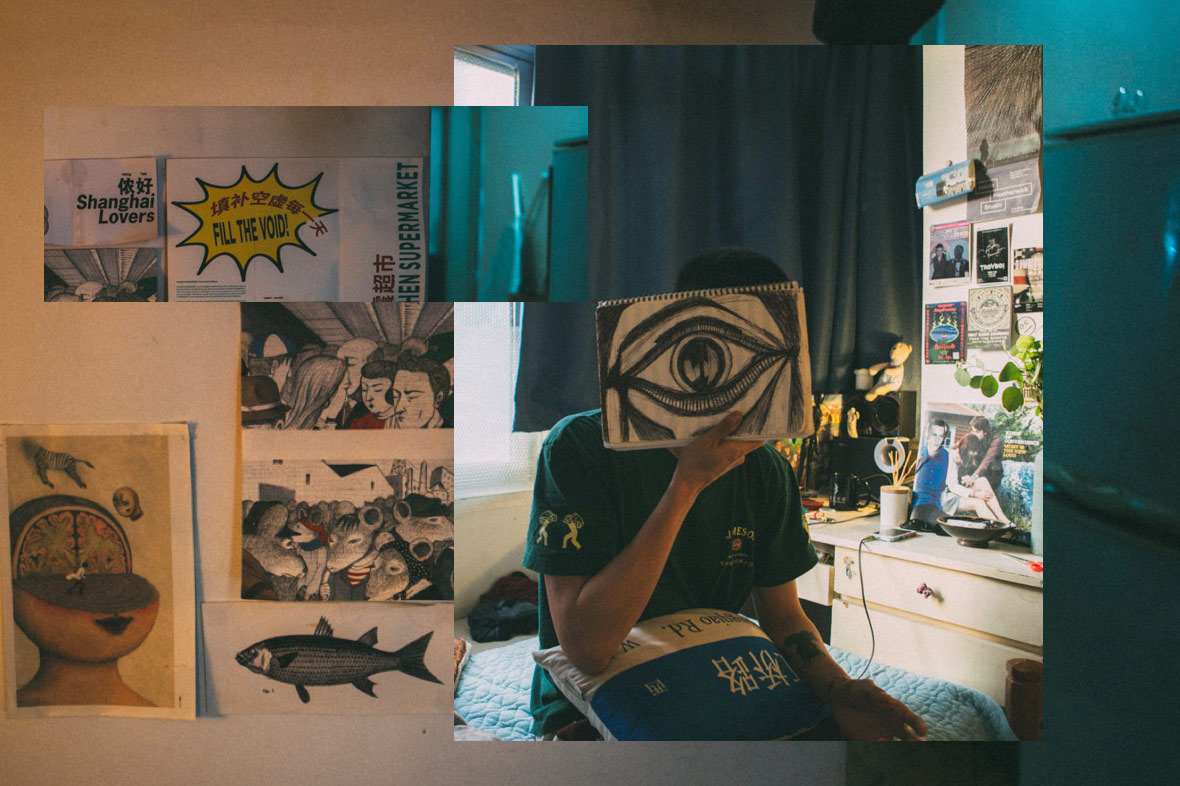 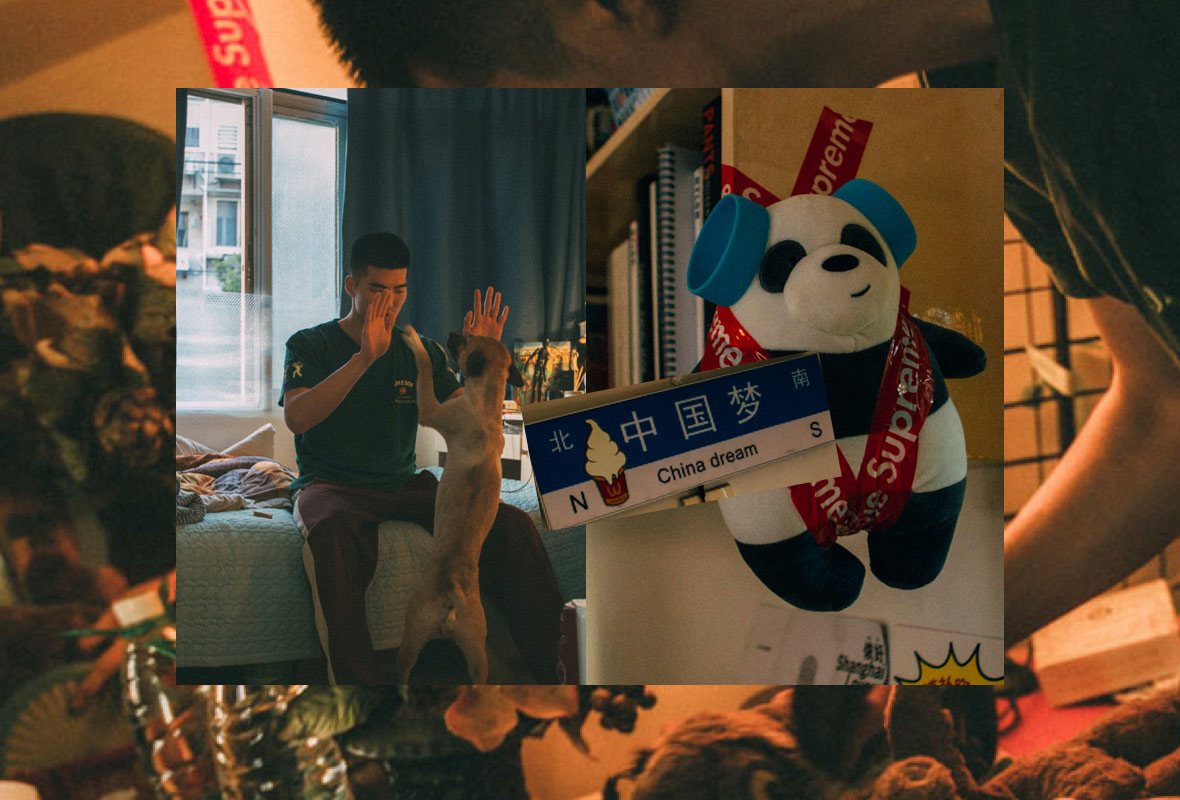 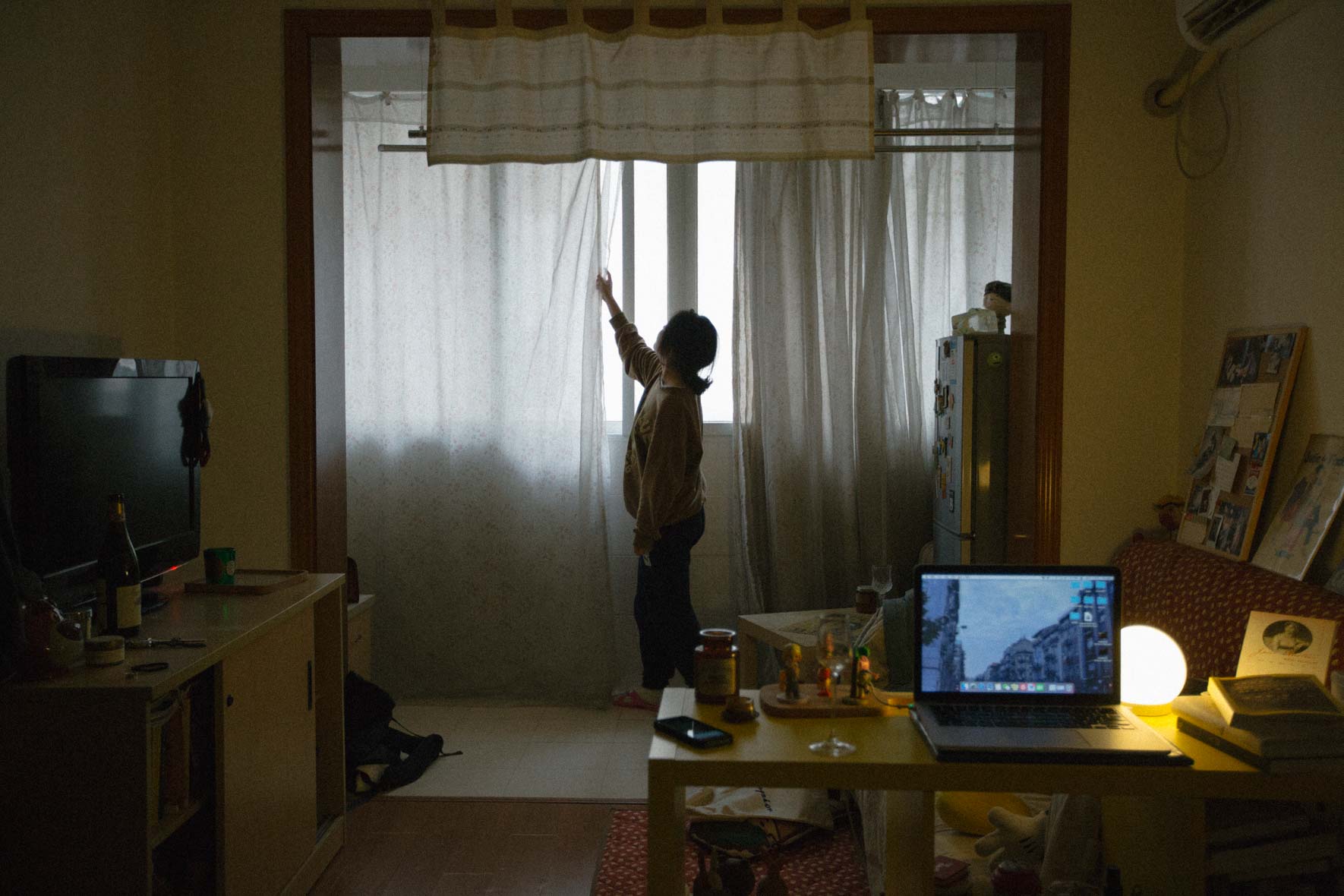 “Having alcohol at the house is mandatory.”

“To be honest, I don’t really care that I don’t own the house,” Dimola says, laughing. “Of course, if I did own it, it’d even better.”

Even though she’s moved six times since being in Shanghai, she doesn’t seem to mind. Her room is filled with an assortment of souvenirs from her travels. Although none of them have any practical use, she still feels like they’re an important part of her life. This strong sense of attachment has been a defining part of her personality since she was young. When she was a child, she read a book with a character named Dimola and loved it so much she decided to adopt it as her English nickname. It’s stuck with her ever since.

Dimola tells us that she prefers the inviting glow of incandescent lights over the sterile feel of white fluorescent lights – she feels that this warm light and her collection of toys and souvenirs go together perfectly, lending her space a welcoming and comforting feel. However, she often feels conflicted when she visits the clean and neatly organized apartments of friends.

With a tinge of jealousy, she would think to herself: How is possible for them to keep their place so tidy?

But often times, this envy is replaced with pity: It must feel quite lonely here.

In the past, Dimola has worked as a choreographer and event planner. She now works full-time as a new media editor but dreams of being a pastry chef. Her ever-changing career choices have taken her from Shanghai to Beijing (albeit only for three months) and back again.

Having lived alone for so long, she admits that the idea of a place being “home” is becoming less and less clear to her. “Sometimes I guess I don’t regard my rented apartment as home per say. I’d say my true ‘home’ is still where my parents live. But, whenever I’m having a bad day, or if the weather is terrible, or if I’m having relationship troubles, whenever I get back to my apartment, it feels like everything will be OK.” 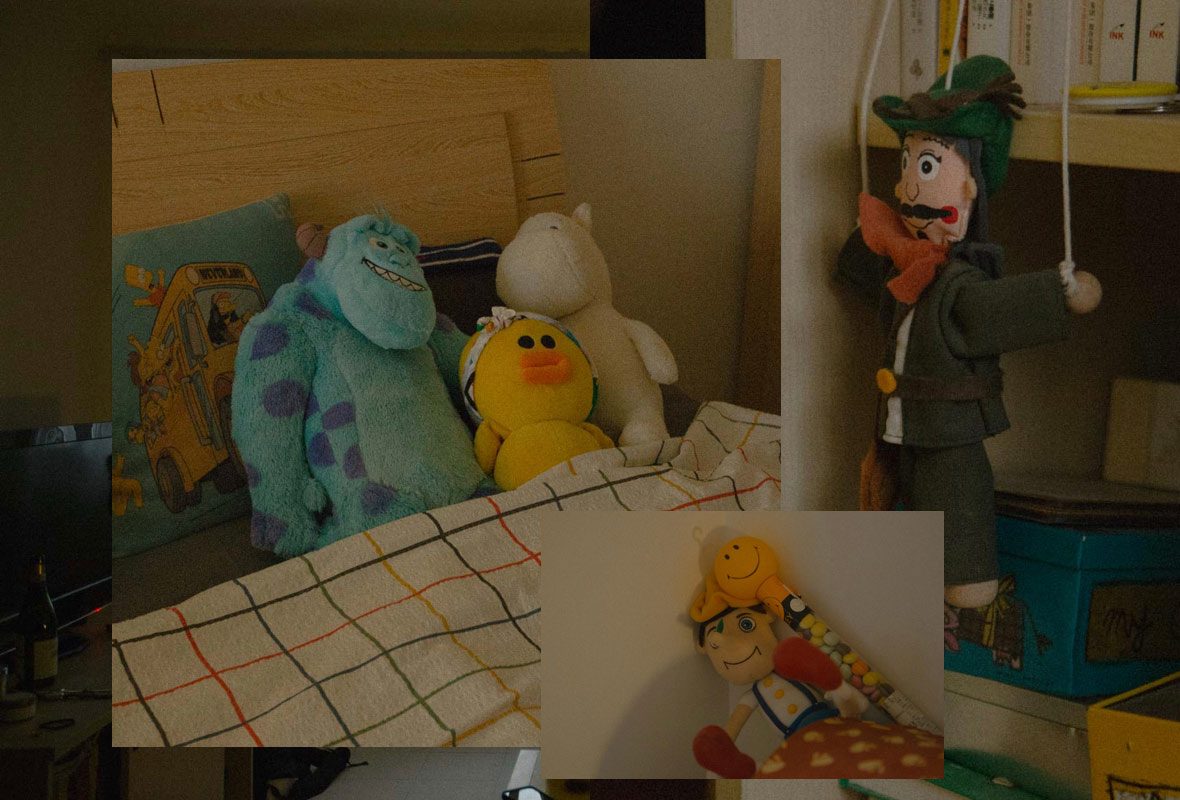 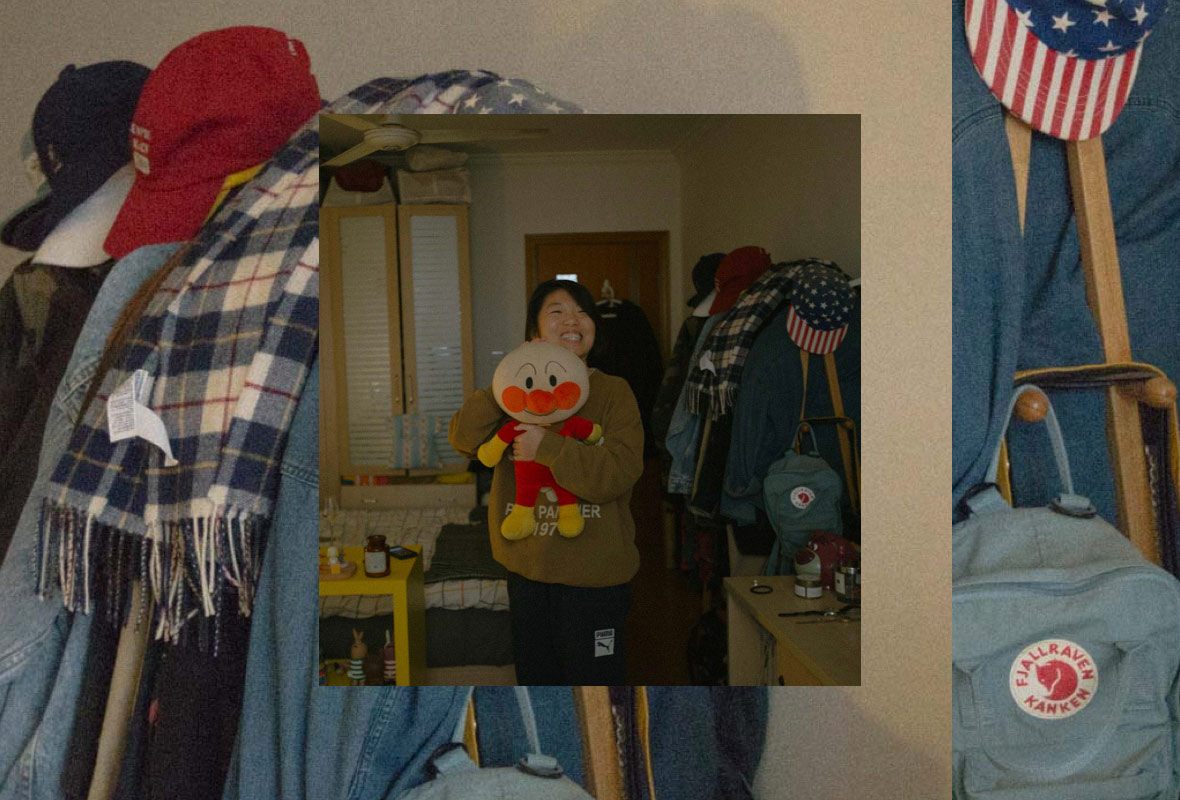 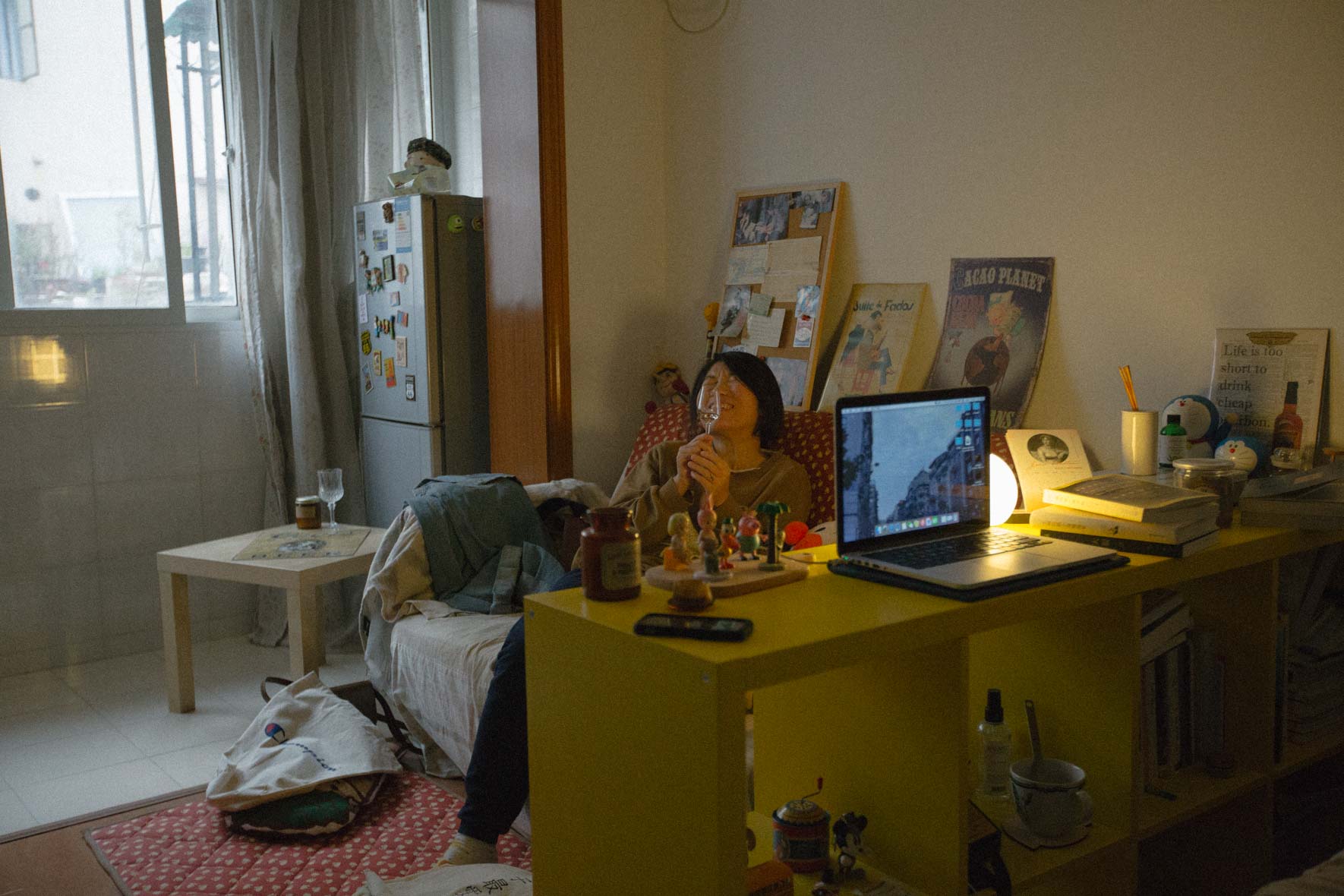