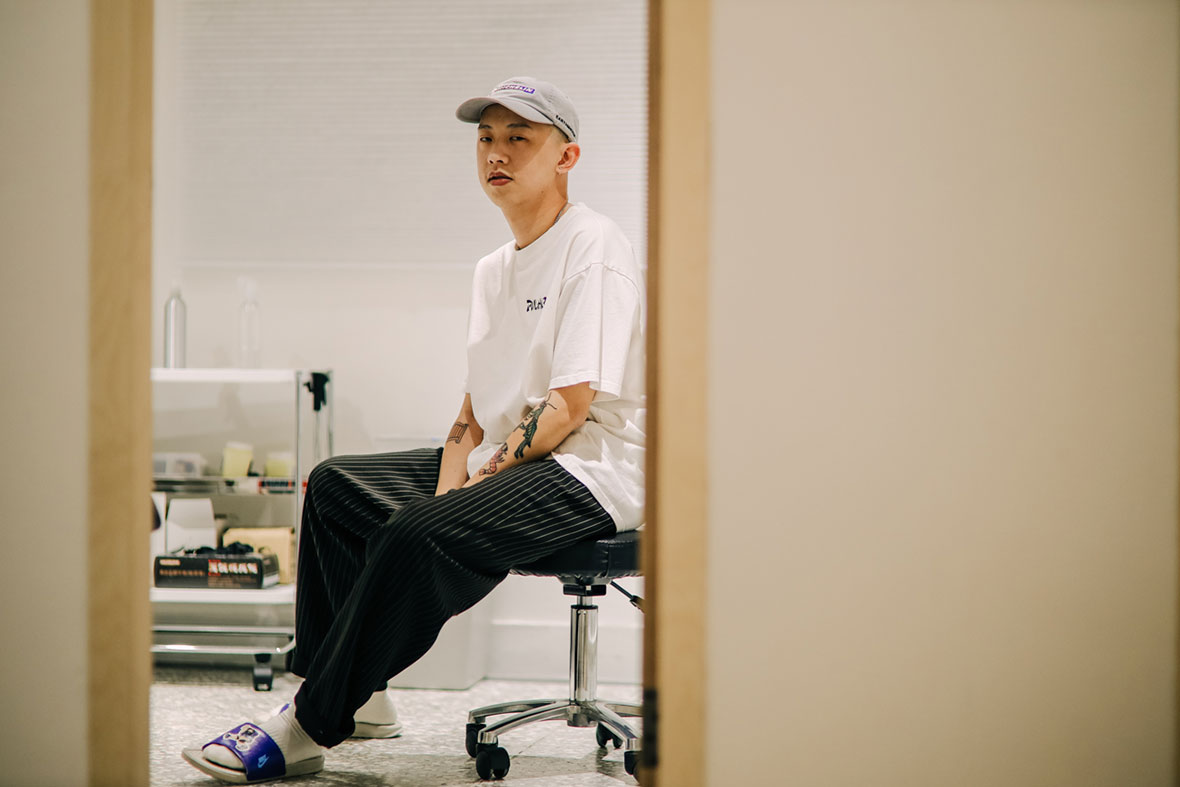 For tattoo enthusiasts, body art is their way of communicating with the world at large. It’s a way for them to express their own interpretations of reality, however zany they may be. This is the belief of Taipei-based illustrator and tattooist Sic Lee, whose work effortlessly weaves together humorous absurdities with insightful context.

Almost every kid has scribbled in the pages of their textbooks, and Lee is no exception. These mischievous doodles became his earliest memories of creating art. He drew on and off for a number of years throughout his teenage years, and ended up pursuing a degree in visual communication at Taiwan’s Shih Chien University where he found himself in awe at the illustration skills of other classmates. This was where he realized that perhaps becoming an illustrator could be a viable career path, and he began attending fine-art classes. However, the fun for him typically began once classes ended—in his personal time, he drew demons, trolls, and fictional species. Irreverent towards the pretentiousness of the fine-art scene, he even parodied the works of world-renowned painters. 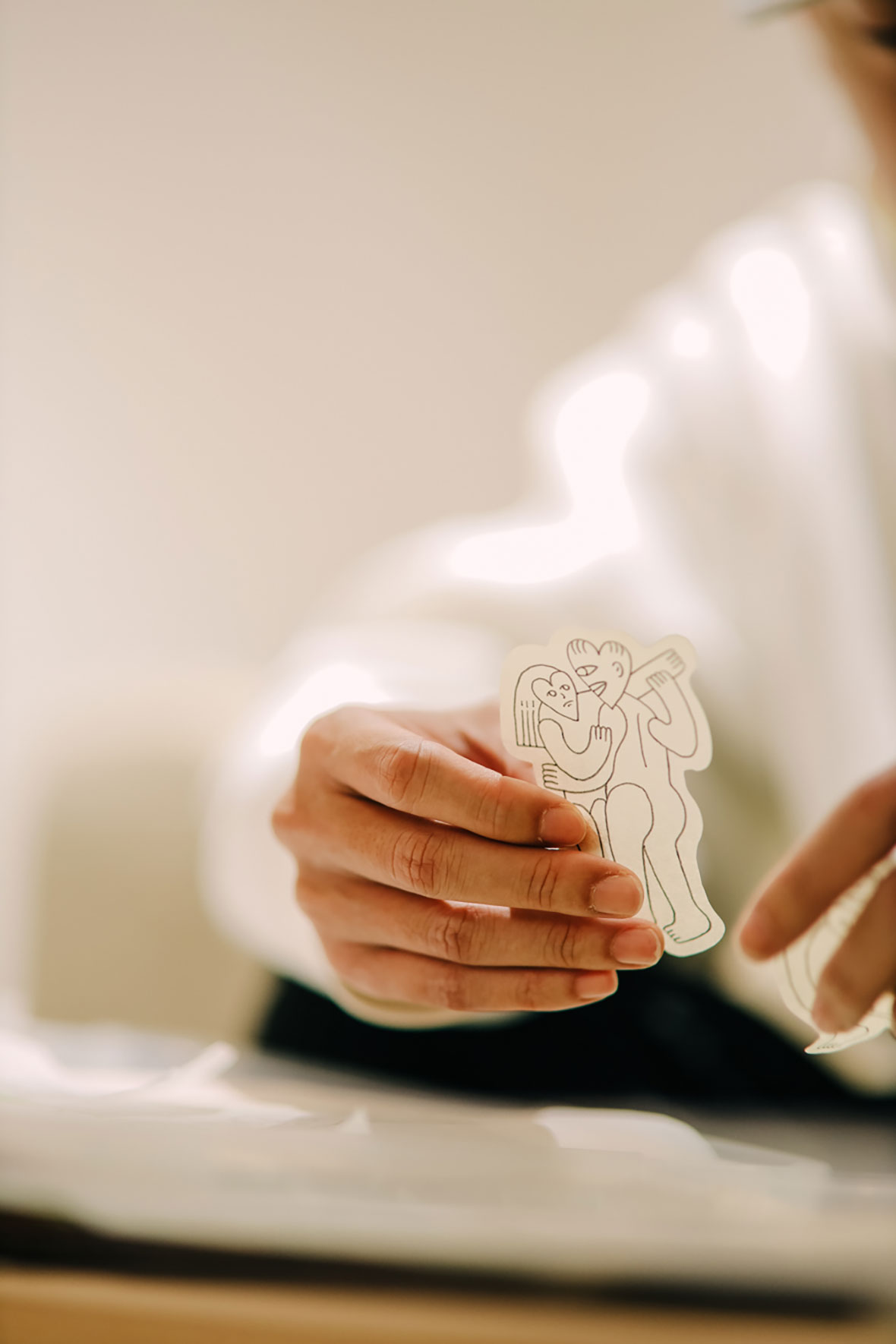 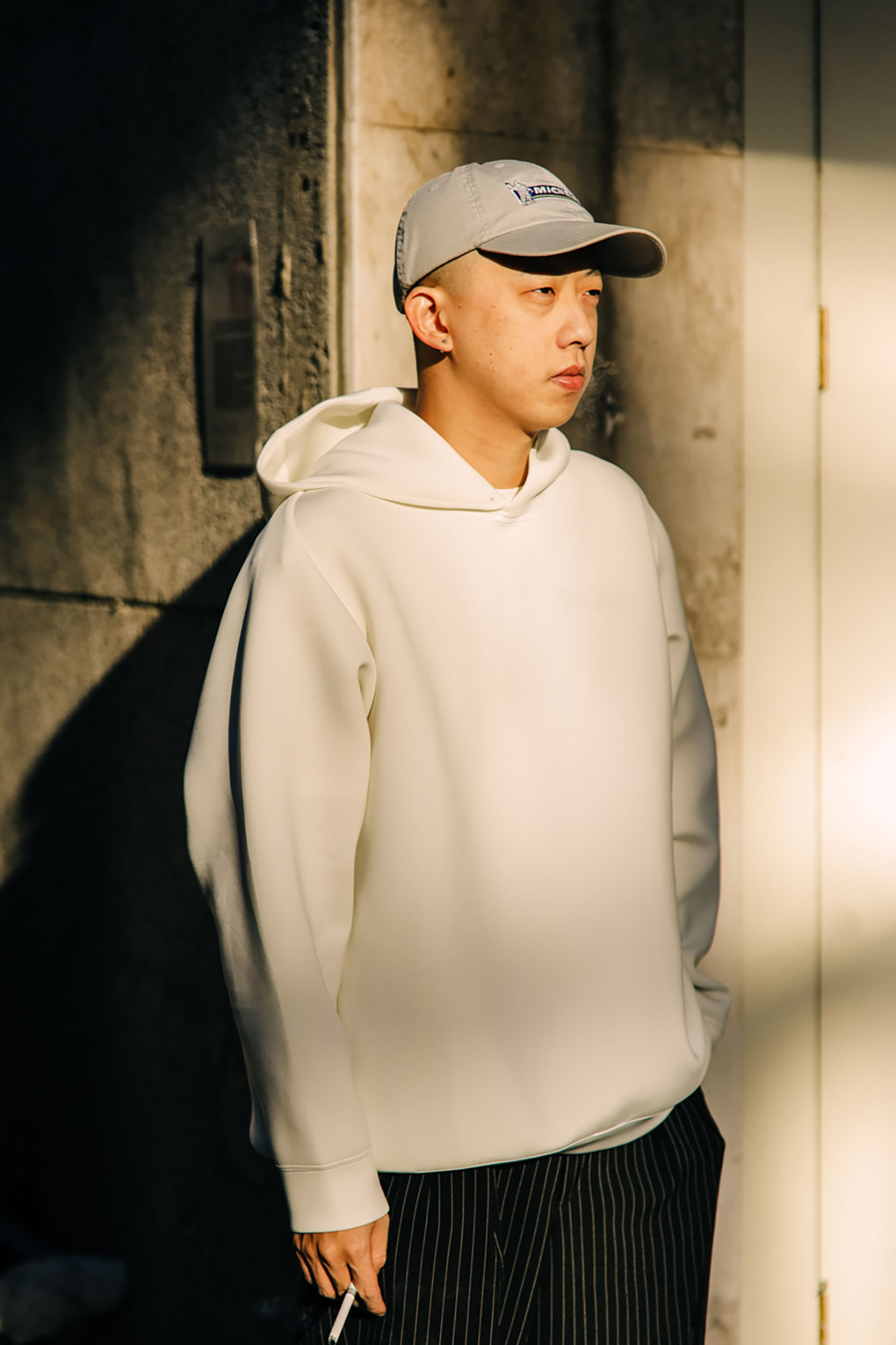 In late 2020, Lee joined Taipei’s Moon Face Dragon Temple tattoo studio as an apprentice artist. Along the way, he’s stuck with his unconventional style of illustration that comes with an unfakable sense of spontaneity. Since joining, he’s developed a distinct aesthetic defined by bold line work and unconventional silhouettes. Sometimes, the illustrations he uploads are accompanied by concise English copy with a dose of levity. “I love encyclopedias, so my work sometimes imitates encyclopedic entries,” he explains of this approach. “It’s more fun when my drawings come with a caption. My English may seem a bit goofy to native speakers though because it’s not always grammar proper usage.”

This affinity for humor is a stark contrast to the deadpan calm Lee speaks with. Similar juxtaposition can be found in his work, whether it be his muscle-bound cupids or lovelorn zombies. These dualities are precisely what makes his art so unexpected, and that much more hilarious. 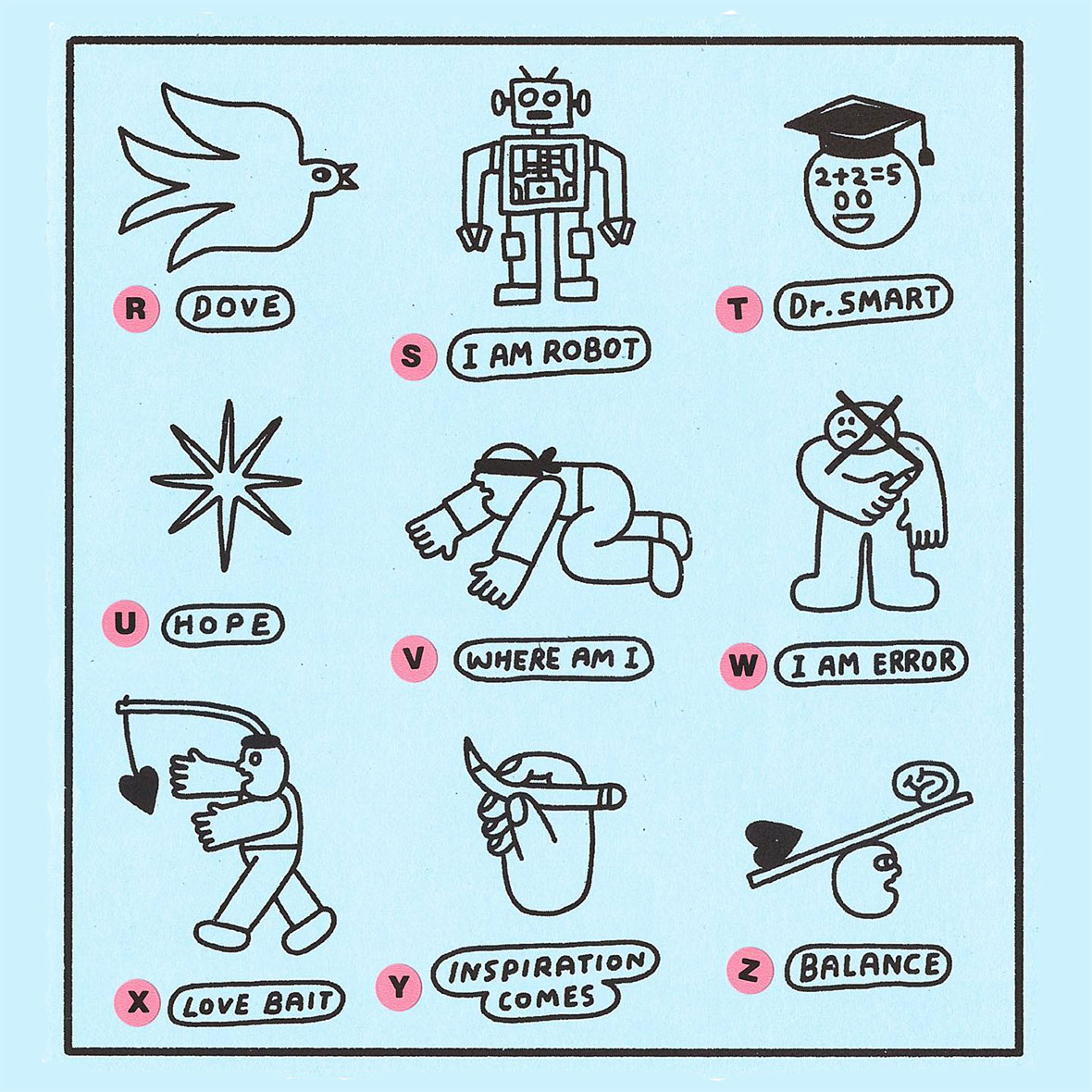 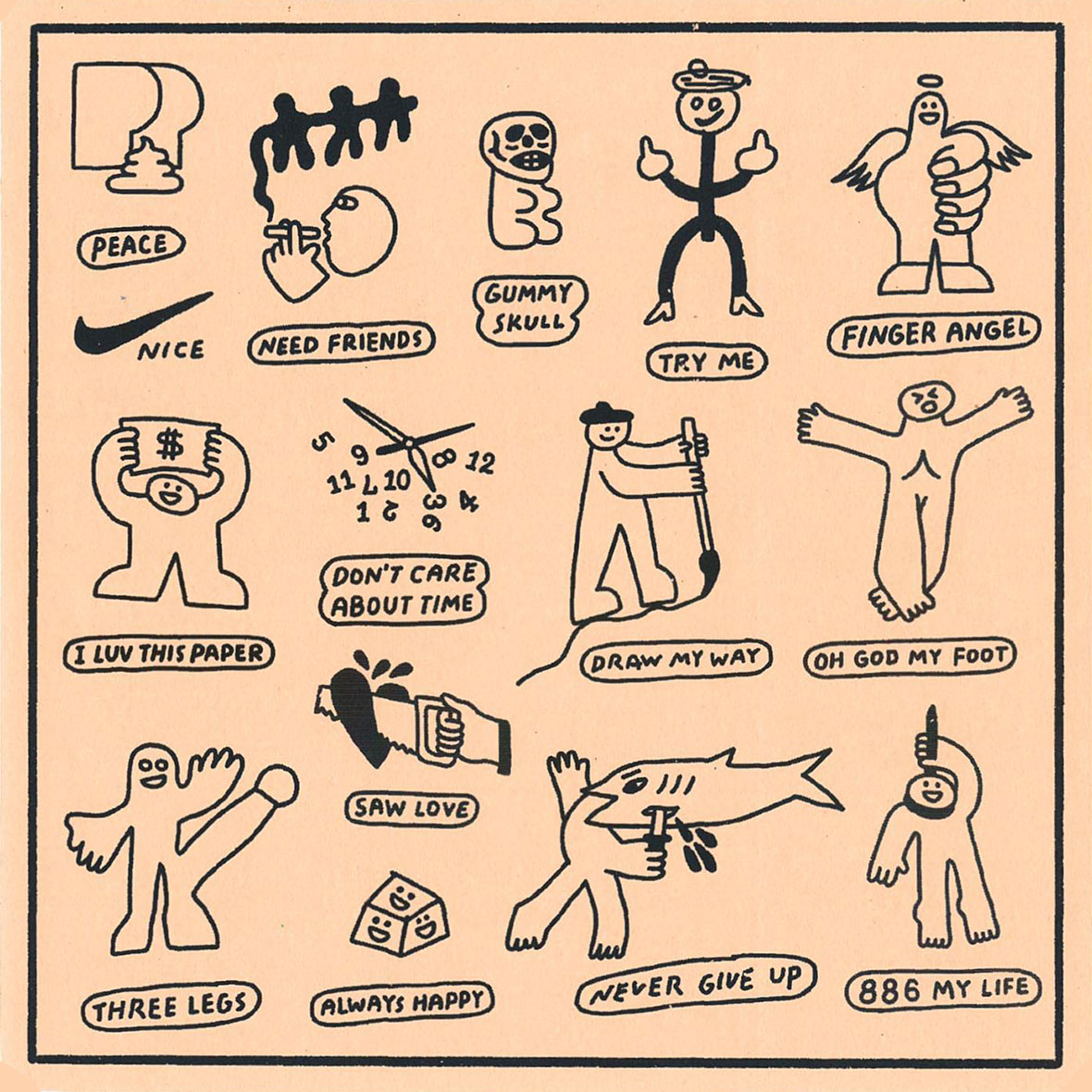 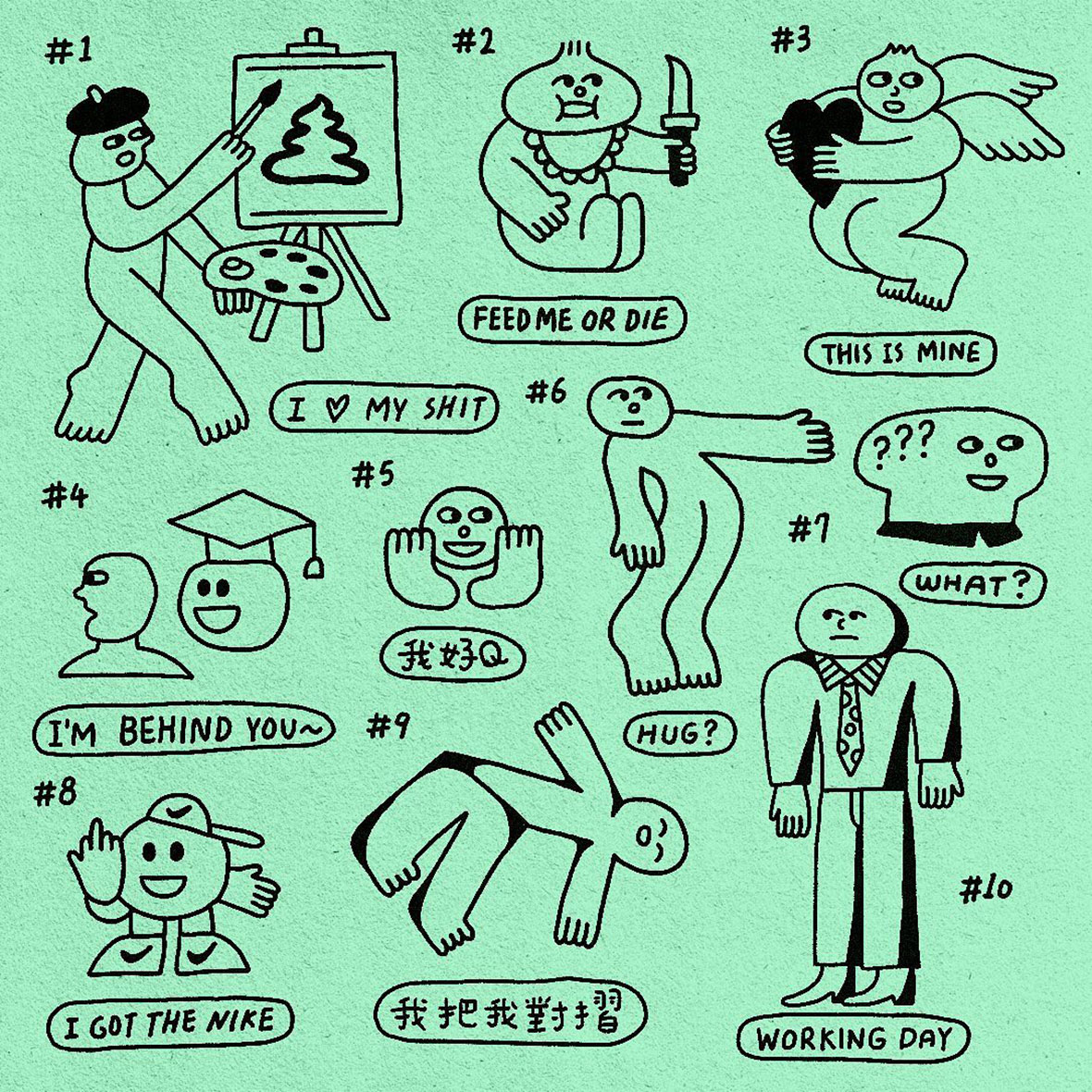 Whether it be inside jokes or his unconventional approaches to art, Lee’s work is undeniably memorable. “One of my favorite mangas as a kid was Old Master Q,” he says. “No two frames are alike in each graphic novel, and even when there wasn’t any dialogue, it still managed to be hilarious.”

Lee’s passion for creativity followed him well into his college years, where he consumed as much music and films as he could get his hands on. In the case of films, he’d purposely find the most avant-garde works that he could, such as The Holy Mountain (1973) and Naked Lunch (1991). Understanding the plot was hardly of any importance. The visual direction and compositional genius were more than enough to spark Lee’s creativity.

These influences have been deeply engrained into his mind and manifest in his art today, whether it be the absurd plot devices of his favorite films or the visual storytelling of his childhood comics. One of his favorite past times is drawing short-form comics, which in a few short panels is able to induce leave viewers feeling poignant or dying with laughter. 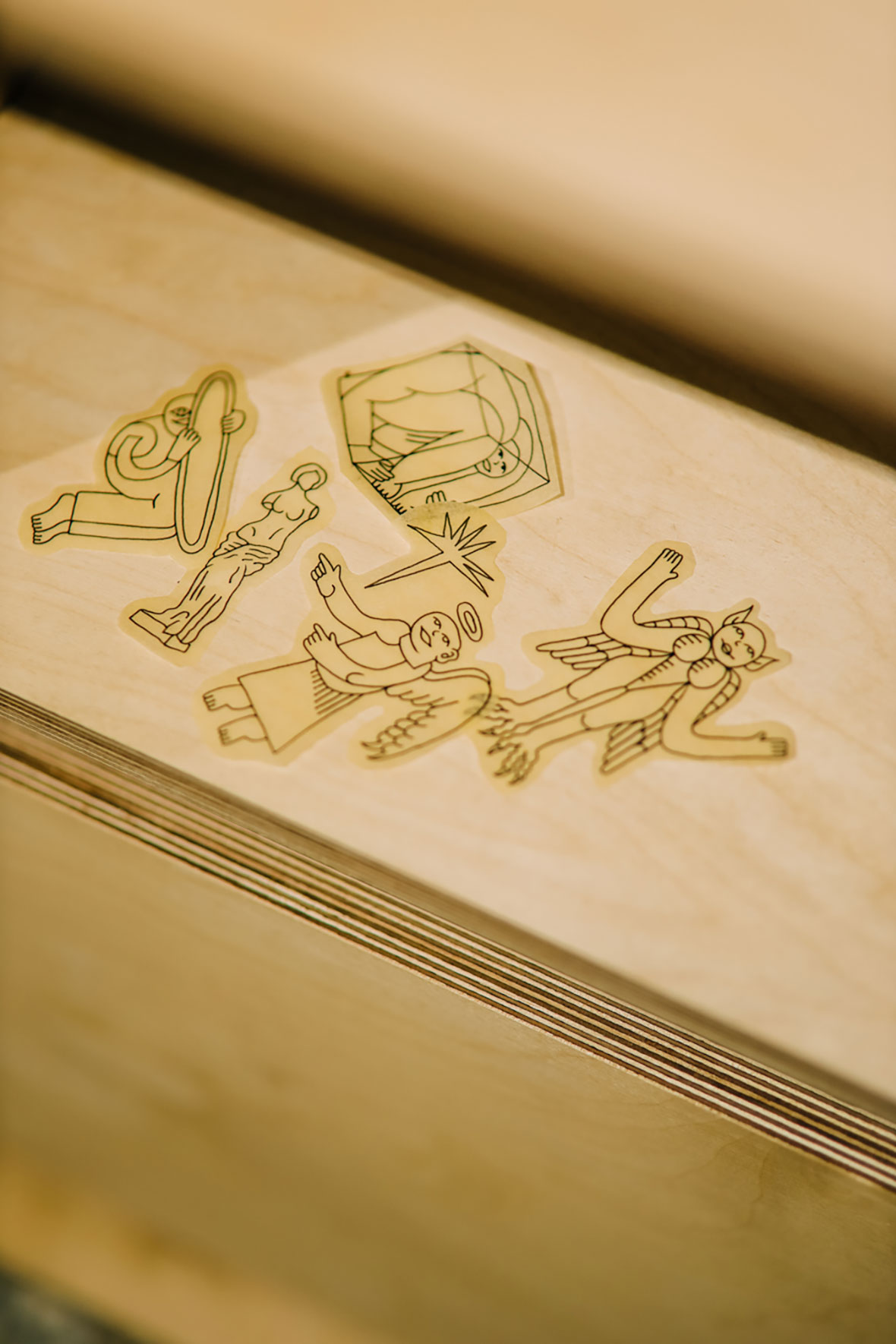 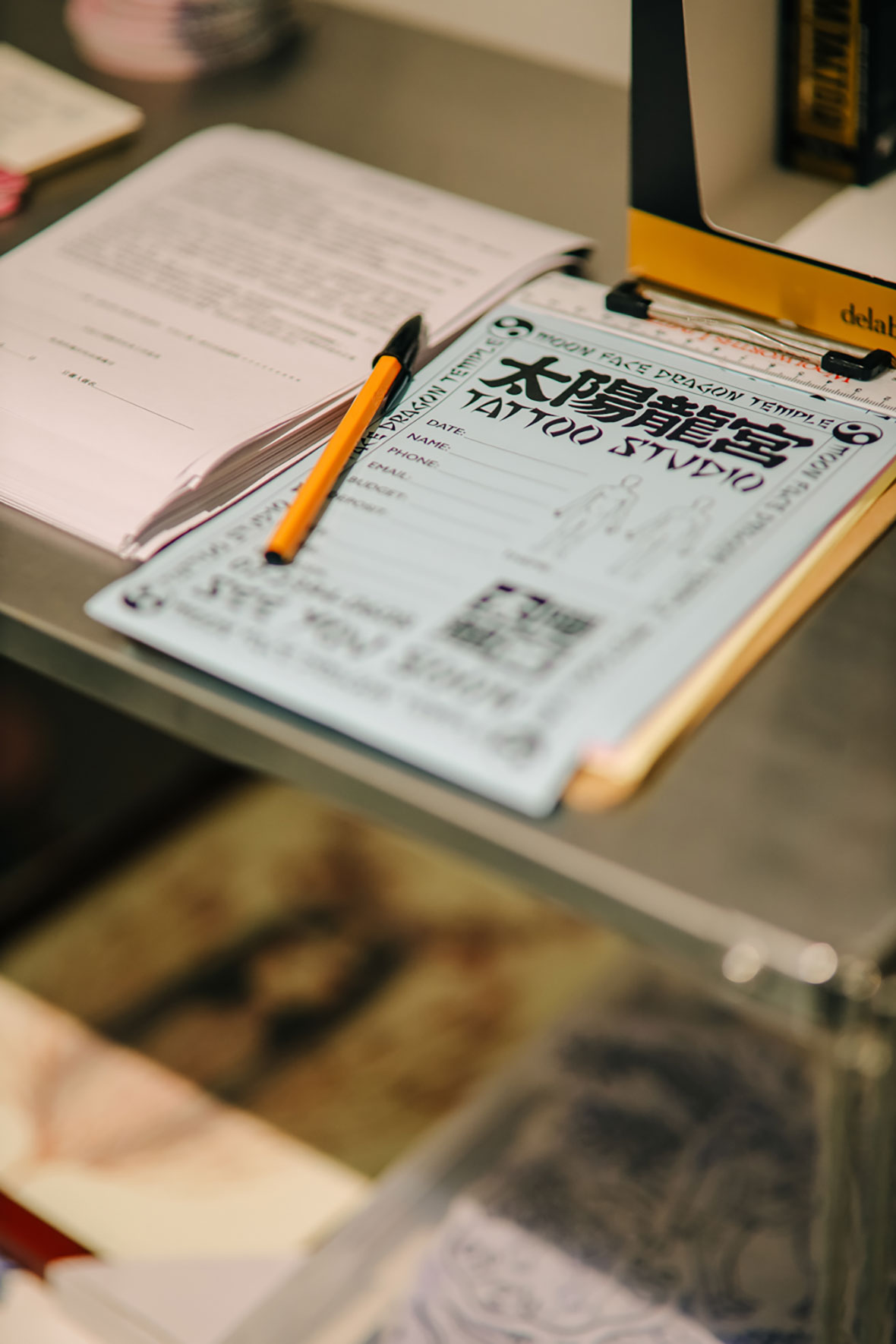 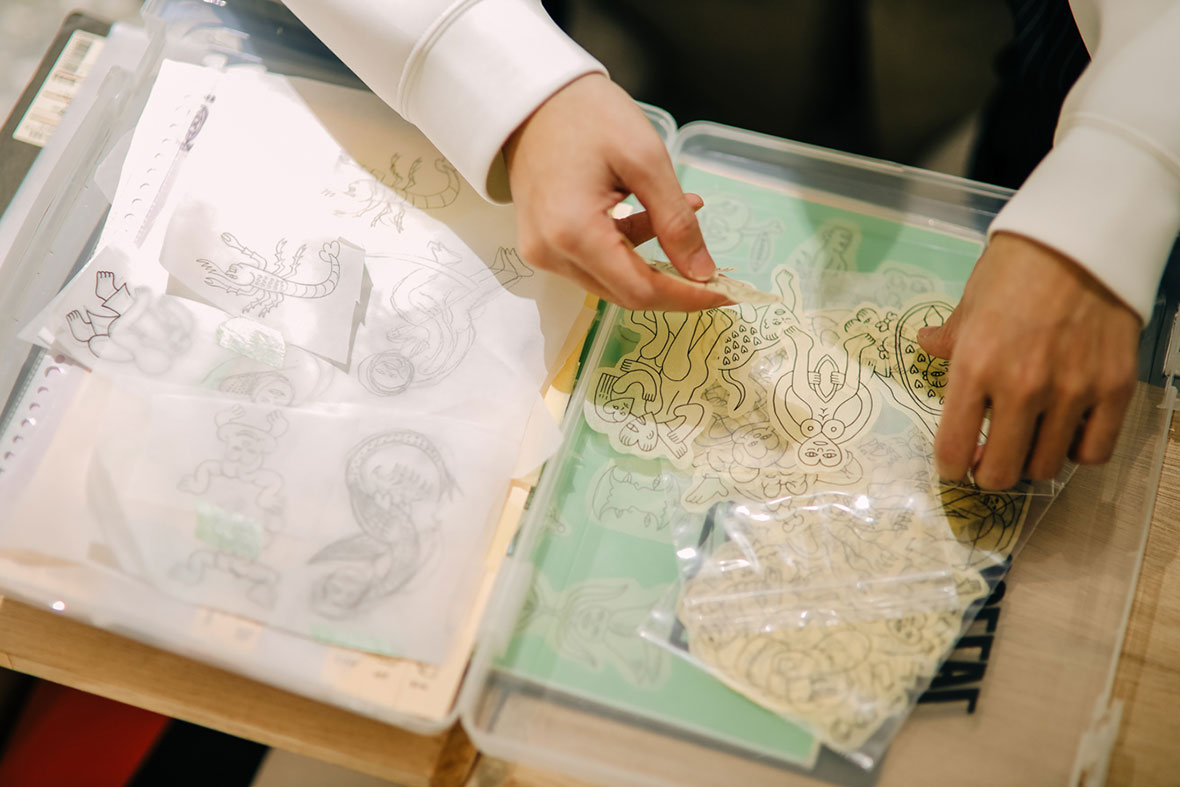 In college, Lee discovered that with a bit of imagination, anything could become his canvas. He’s since drawn on red envelopes, court summons, and even bento boxes. His enjoyment of working on varied surfaces eventually led him to the world of tattooing, where the human skin offered new possibilities. “It felt like working on a living, breathing canvas,” Lee laughs.

The irreversible nature of tattoos added a new layer of challenge. Each pen stroke had to be decisive. “I used to start with drawing the eyes before I develop the rest of my drawing,” he says. “With tattooing, I had to learn how to create the outline first.”

Skin, with its elasticity and unique textures, was also quite different from the styluses and iPads he had grown accustomed to. Doing away with technology and working with a more hands-on approach felt like a blessing though. “Returning to the basics might be the best way to go about things,” Lee says. 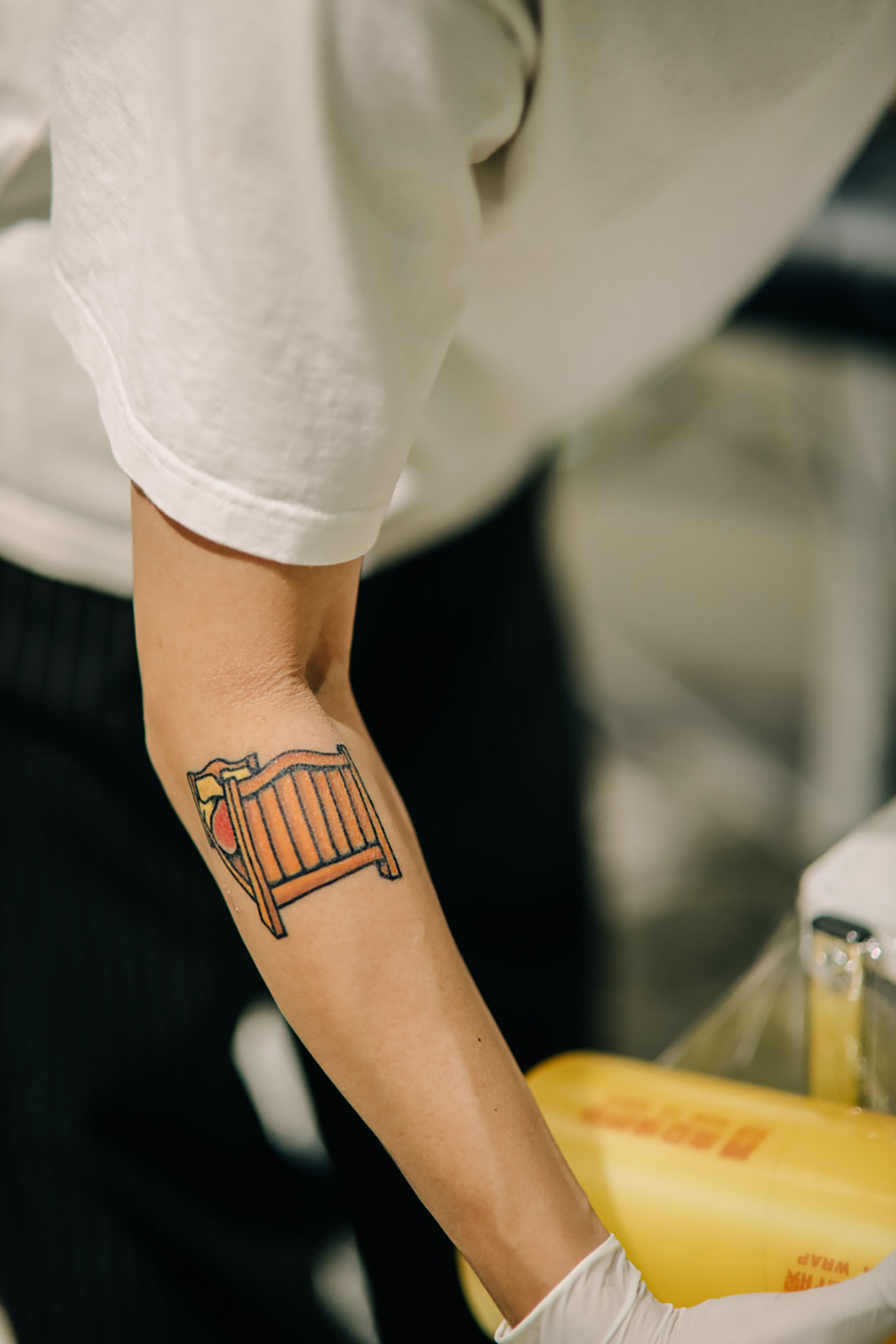 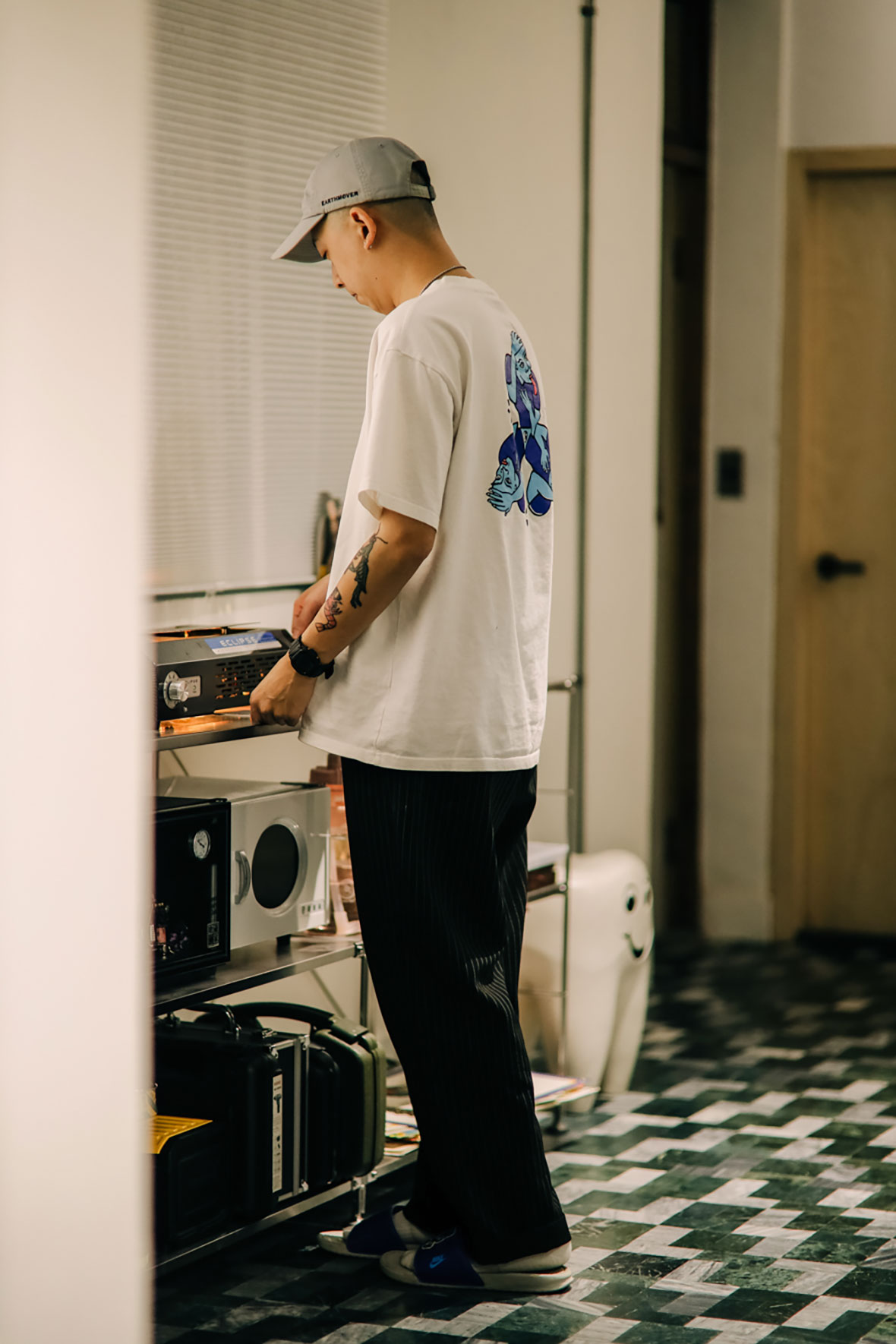 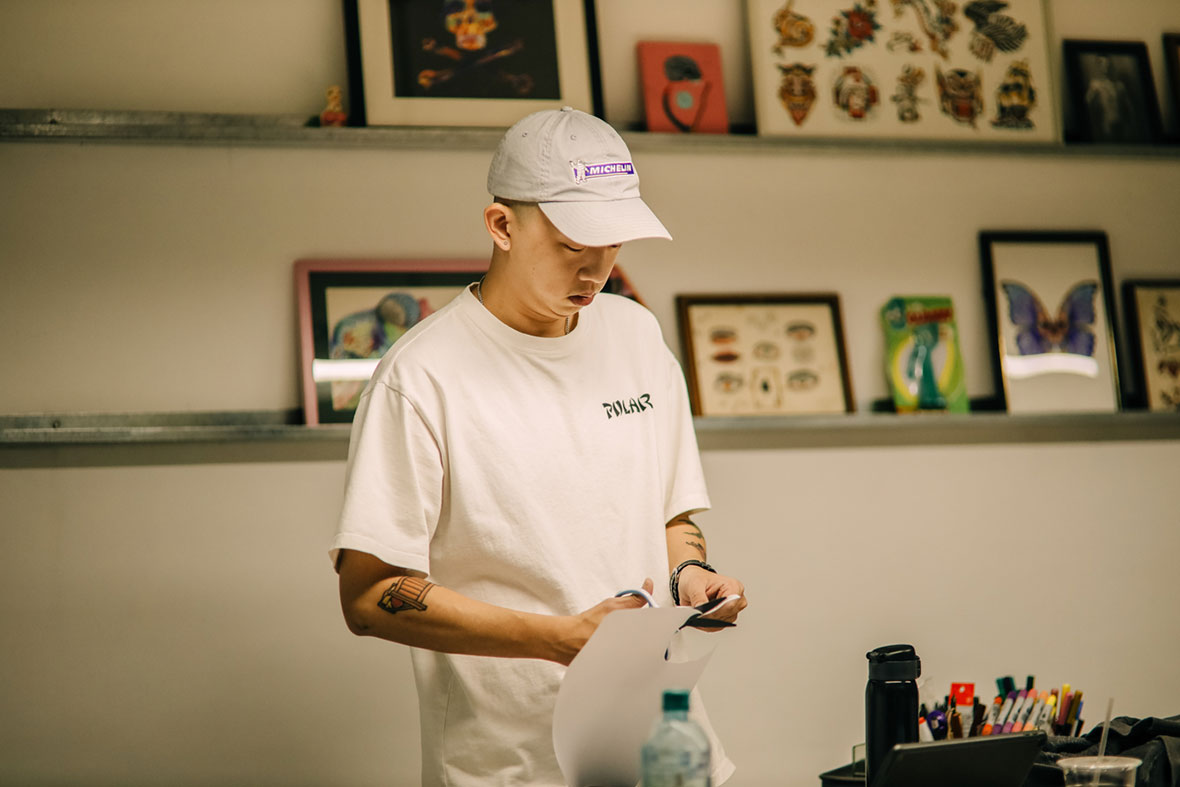 Adaptiveness is key to growth, but there are advantages and disadvantages to being so creatively malleable. “I’ve found my recent work to be a bit too commercial,” Lee says. “They’re clean but rigid, while my older works were more humorous and impulsive. Some people have even commented that my newer drawings are missing a certain warmth, which to me, is a more scathing critique than saying my works are ugly. I’ve started looking to my past self for guidance.” 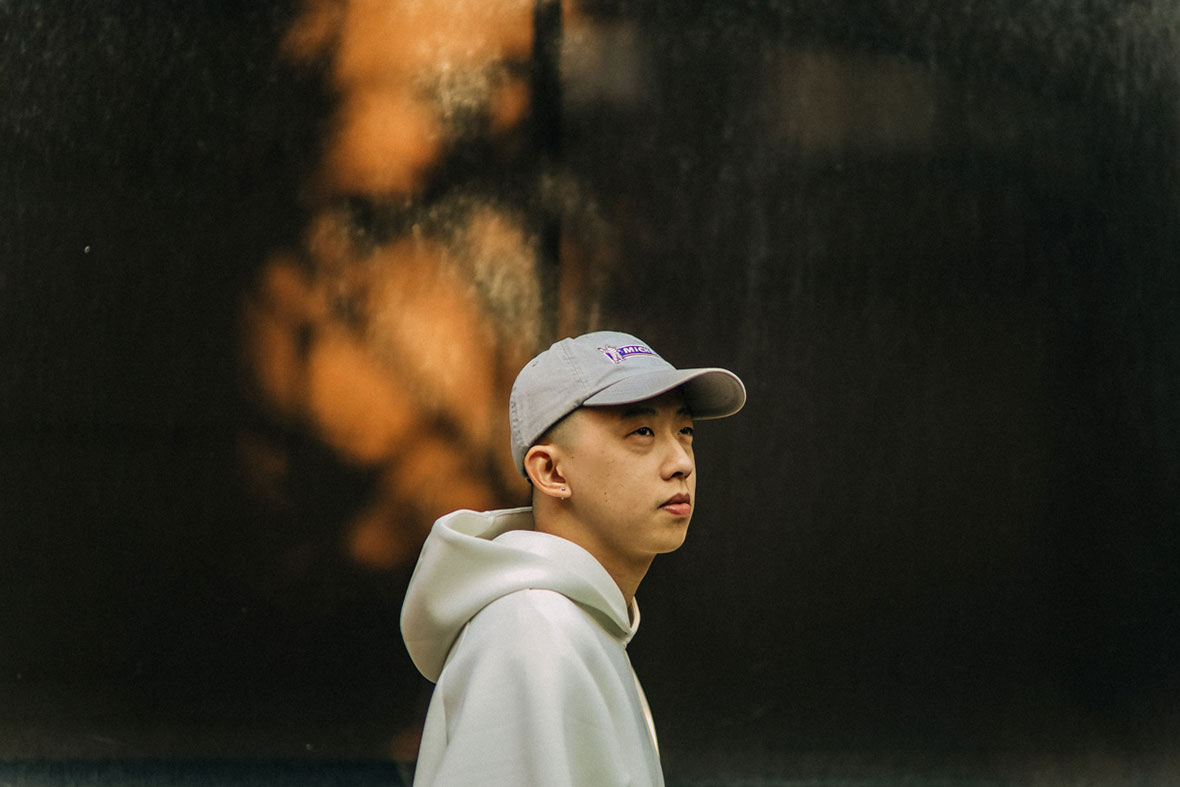 Lee feels that getting older has made him duller, as there are a new myriad of pressures that he has to deal with. He says he has less chances to take creative risks, and even when he feels bottlenecked, he often still forces himself to draw. Despite this, he still sees art a way of relieving stress. Sharing his work with people is a way for him to find respite. “Some artists might only be interested in working for themselves and aren’t interested in sharing their work with others,” Lee says. “Not me though, I want as many people to see my art as possible.”

Aside from tattoos and personal illustrations, Lee enjoys working with varying mediums and collaborating across different fields. His illustrations have since been released as stickers, stamped on accessories, and even printed atop T-shirts. As long as it gets his work in front of more eyes, he’s open to any means. Of his favorite collaborations though, his favorite so far is the animation work he created for “Friend Friend,” a music video for Taiwanese rapper Leo Wang.

“I listened to the song on repeat over several days, and after meeting with the label to discuss the characters I wanted to make, I got to work,” Lee recalls. “Animation is very different from my illustrations, so it took a lot of time and effort to complete. But after finishing, it felt amazing. It was really rewarding.” 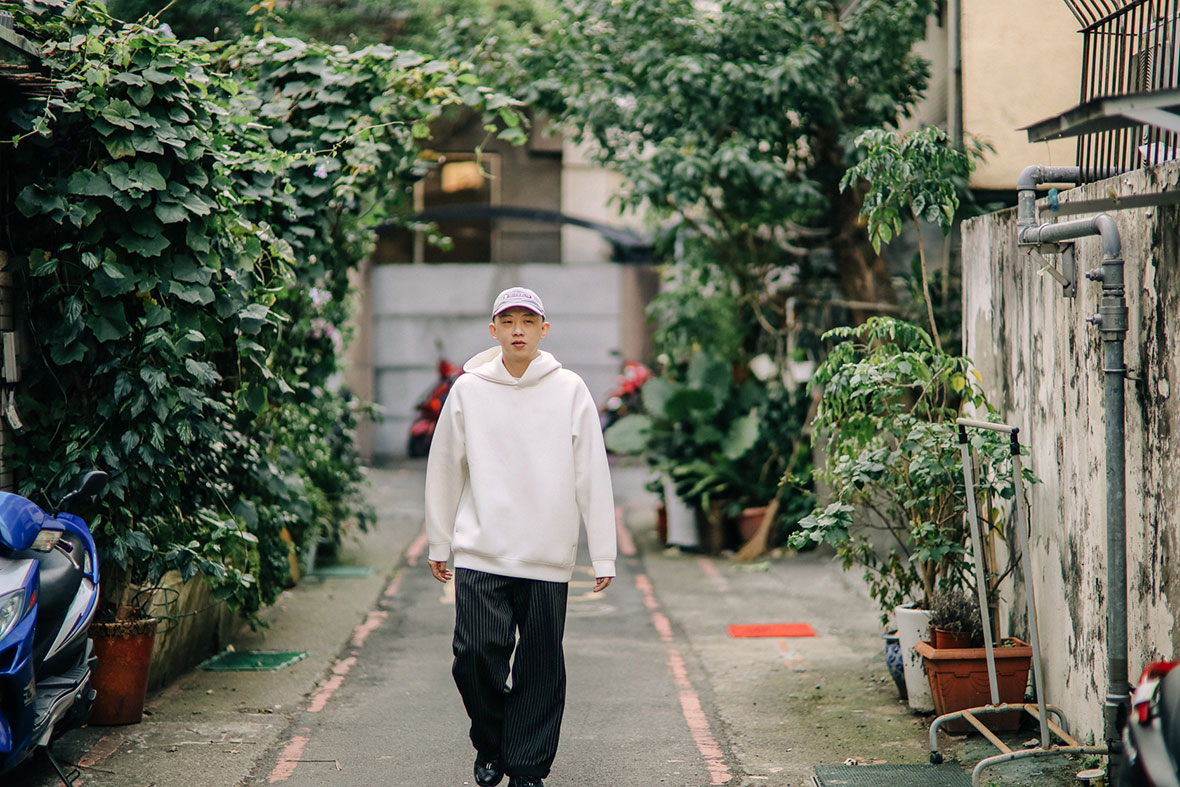 Going forward, Lee remains committed on experimenting outside the bounds of his comfort zone. He’s even looked into tufting recently, but tattoos will still remain his core area of focus—the steady stream of customers looking to get work done by Lee is a testament to his success. “I have a lot more clients lately, so in the short term, I plan on just staying posted up in the shop, arranging appointments, and inking customers.”

When asked how long he thinks he’ll continue on his path of art, Lee responds without hesitation. “I’ve never thought about stopping, so I supposed it’s something I’ll do forever,” he says. “Illustration has so many diverse forms. I never thought I’d dabble in tattoos before, but now here I am, so I believe I’ll discover even more new approaches going forward. Even years from now, when my hand trembles from old age, perhaps I can even turn that into a new art style of sorts!”