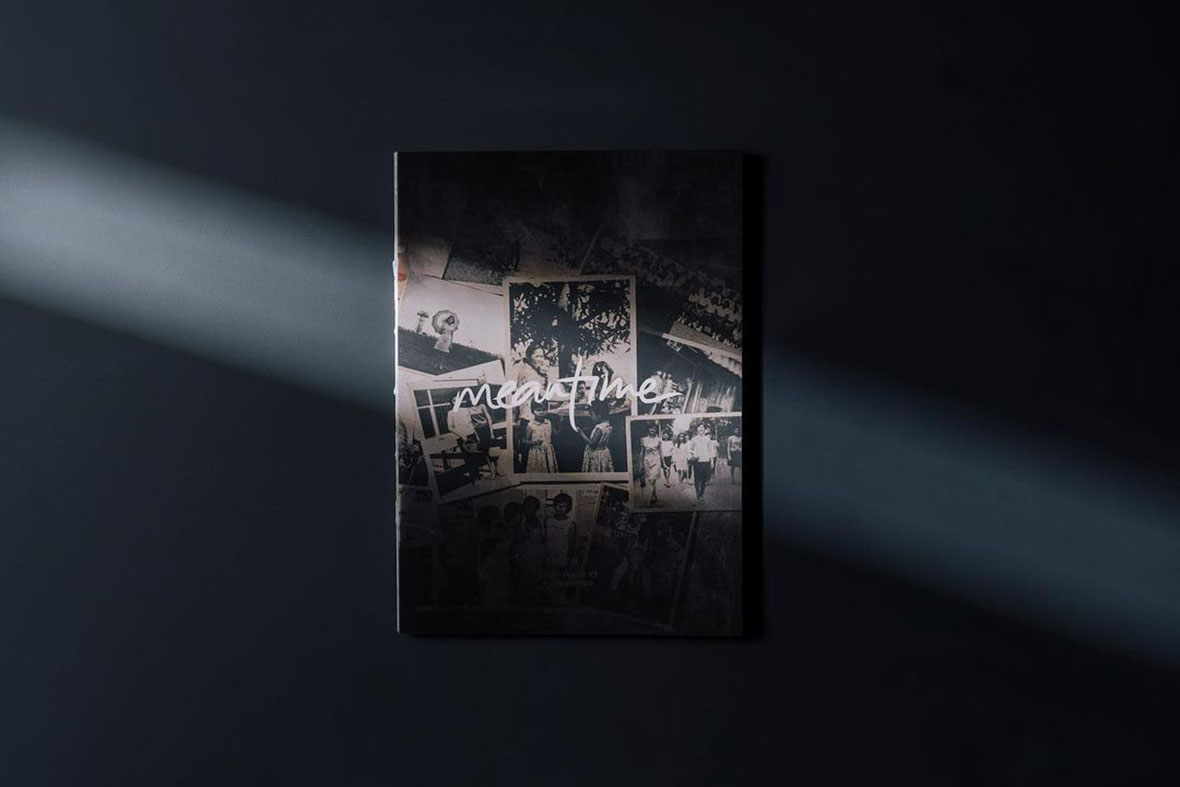 Pang Xue Qiang wanted to create a passion project before graduating from university and starting his full-time job. He pitched this vague idea to his friends—who were studying journalism, design, and photography—and they were immediately all  on board. Considering their shared interest in print media, Qiang suggested, “why not a zine?”

It was imagined as a one-off project where they would write the stories themselves, design the layout, and scout for distributors to sell their zine. They met their goals, but it didn’t quite end up as a one-off issue. Two years and three issues later, Meantime Magazine continues to document Singapore stories lost to time. 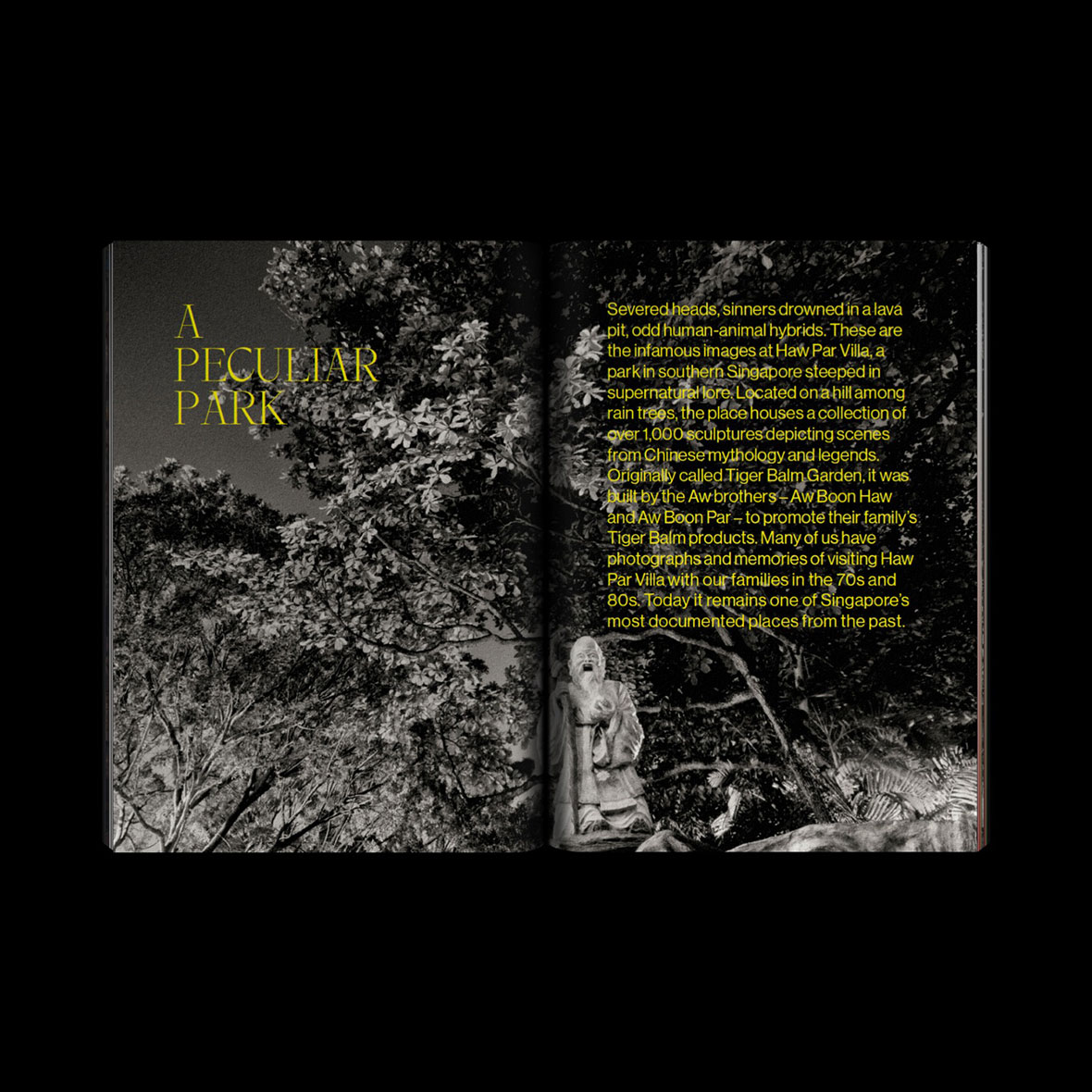 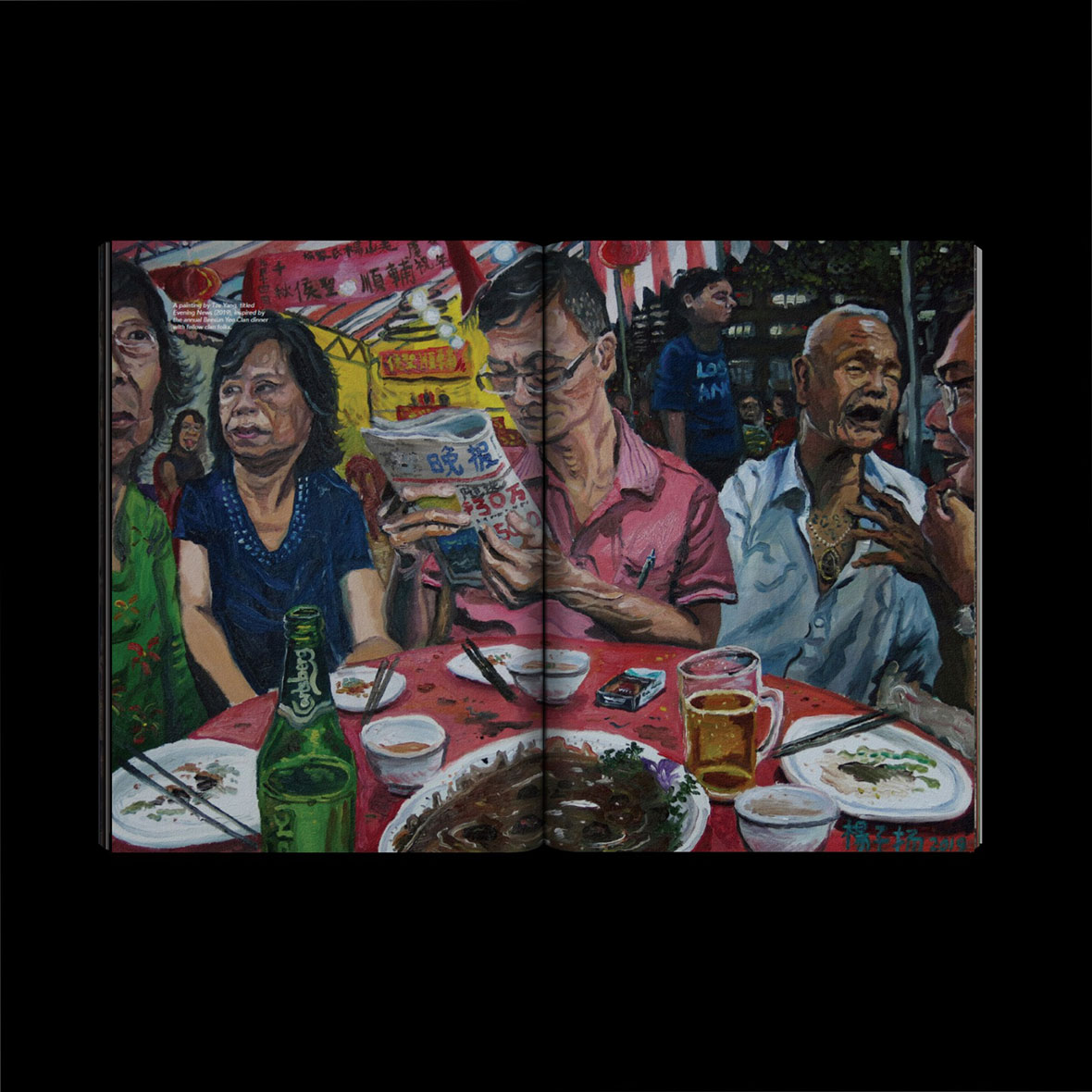 Now an annual publication, Meantime Magazine publishes interviews of Singapore locals who are open to sharing their past, traumatic and joyful times included. Qiang sees the magazine as an archivist, documenting memories of Singapore by focusing on personal stories. He says that whenever the editorial team approaches the interviewees, they are often surprised and ask them why the team is even interested in what they have to tell.

“They don’t see themselves as the protagonists,” Qiang says. “Nobody has given them the time and platform to voice their stories. If Meantime doesn’t exist, we feel that people will just go on with their lives and let these stories disappear because nobody will pay attention to them anymore.” Qiang hopes that decades down the road, people can rediscover Meantime —pick up a copy somehow in a library, someone’s home, or at a vintage magazine shop—and reminisce about what Singapore was like in the past. 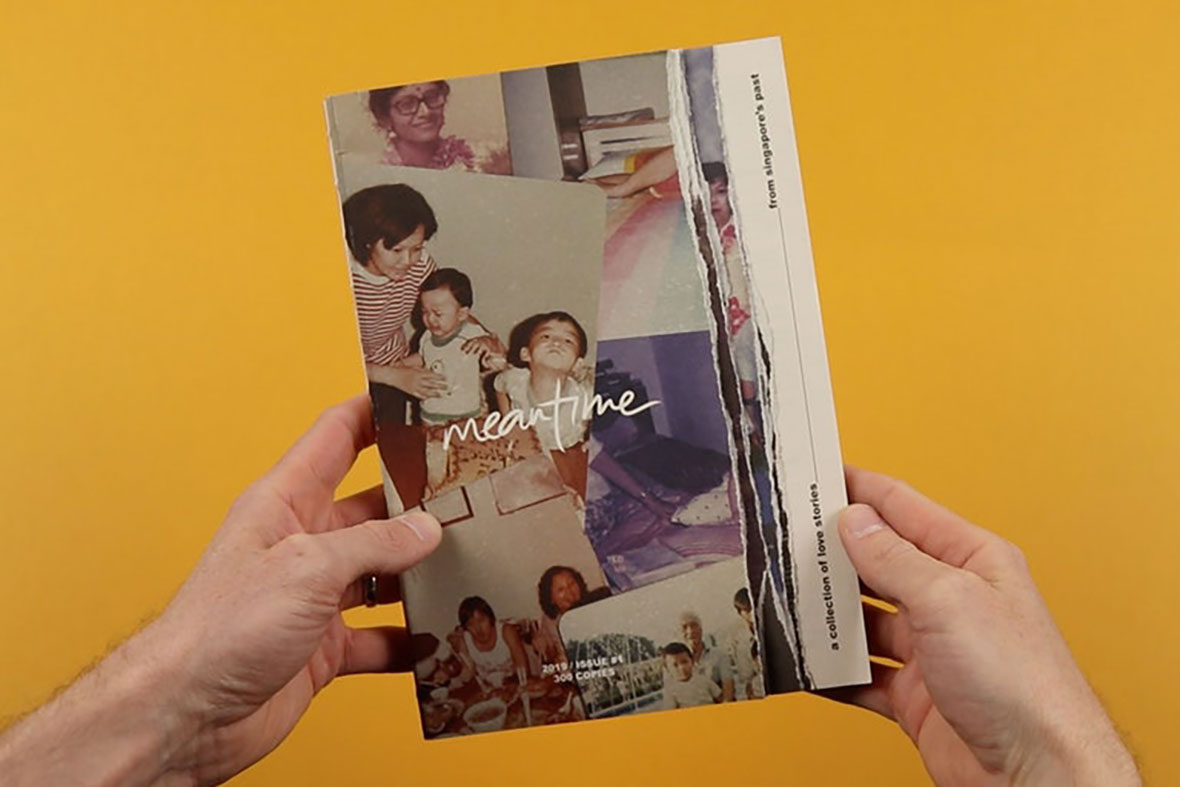 For its first issue, the editorial team found inspiration from the New York Times “Modern Love” column, which told stories about relationships, feelings, revelations, and betrayals. “We felt connected to these love stories, even the ones that happened in New York City where we’ve never been,” he says. The personal revelations of the readers to their co-readers form a sense of community that Qiang wanted to recreate. He thinks that love stories are universal and that everyone has their own story about love. “We thought if we could look at Singapore, which is a small country that people might not even pinpoint where it is on the map, and talk about the love stories of those living there, we could create a space people could connect with. That was how the first issue, ‘Love Stories,’ came about,” he says.

Qiang notes that their team’s editorial process meanders. There’s no specific theme directing the content, but each issue always has an anchor story that guides the team on what stories and photos to include. For the “Love Stories” issue, the anchor is a story about a photo studio along Kerbau Road where young men from Tamil Nadu and Sri Lanka have their portraits taken. The studio prints their pictures, and the men send them to their hometowns via post in the hopes of finding a bride.

“In Singapore, we have foreign workers from India, Bangladesh, and Sri Lanka who work in construction. We see them every day and meet them on the streets, but we don’t know their stories. When we found this photo studio, it was very interesting for us that it takes pictures of our young foreign workers so they can send them to their families for an arranged marriage. We wanted to tell the studio and the clients’ stories as one,” says Qiang. The team was told that once the families receive the images, they would show their pictures to their relatives and friends, and share how their son now works in Singapore, young, earning, and ready for marriage. Once the families find the right fit for the bride, the arranged marriage begins. 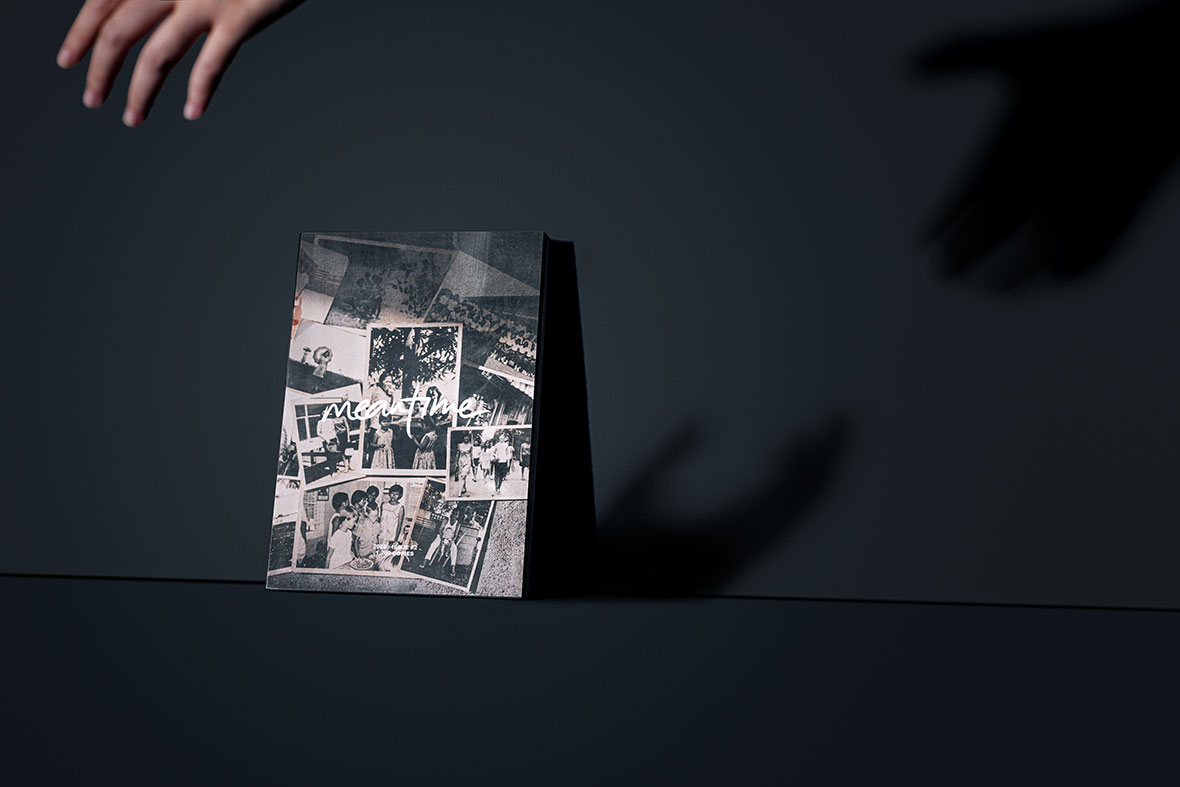 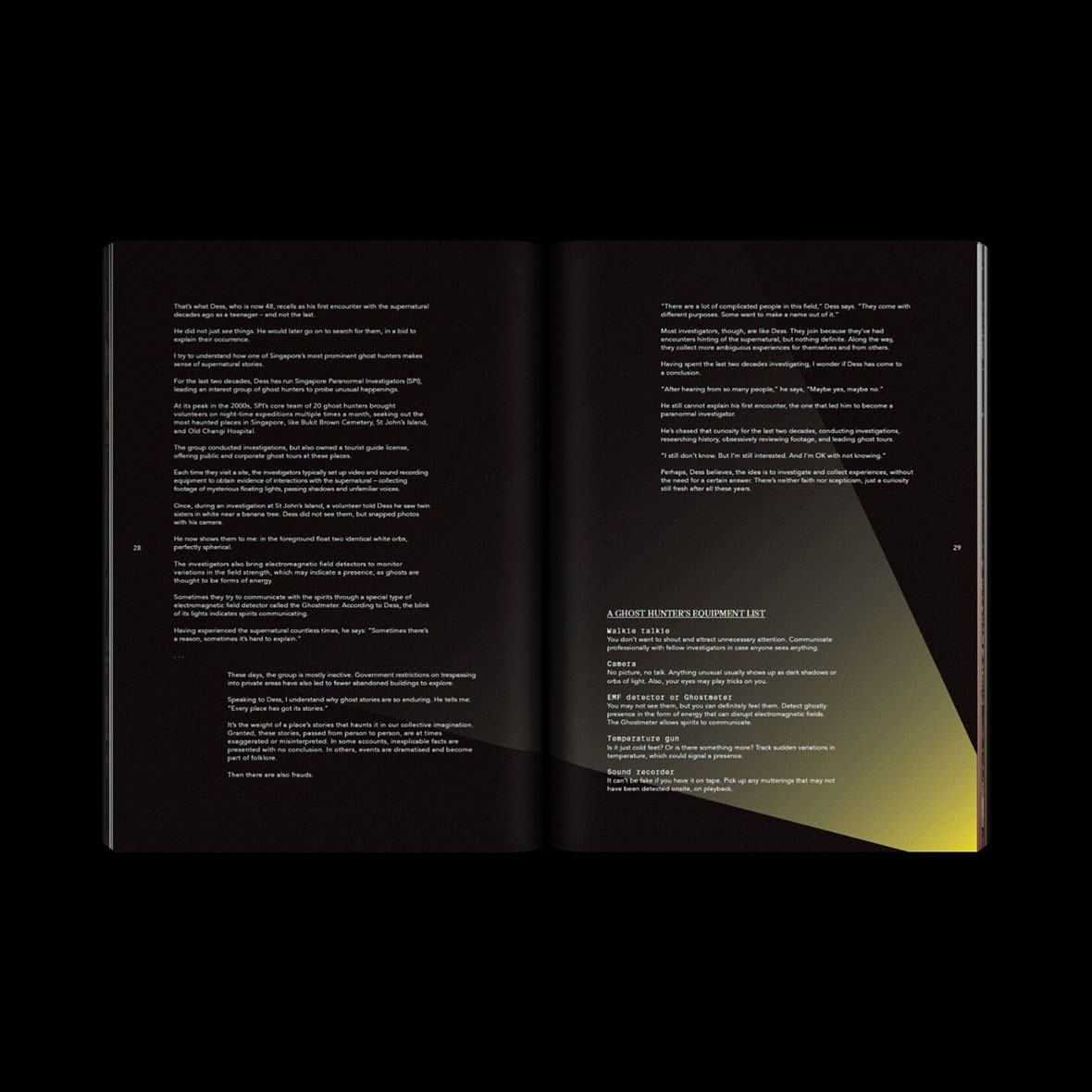 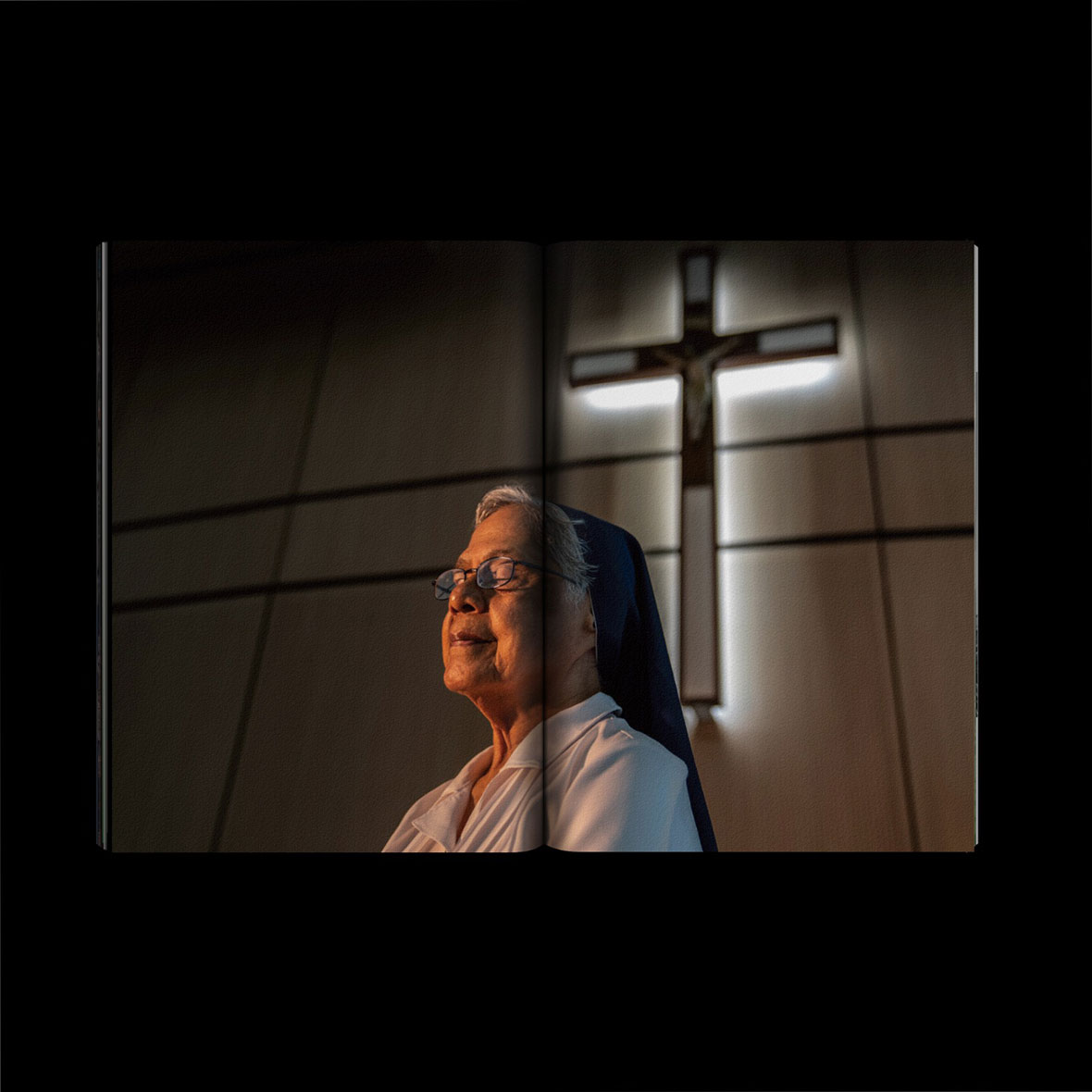 A pivot from the mellow tone of the “Love Stories,” the editorial team wanted to shift to something haunting and gripping. “After the first issue, we realized that when people talk about love stories, they become vulnerable as they relieve their pasts, showing the tragedies of love as well,” he says. “We were inspired by this, so we decided to make the second issue ‘Ghost Stories,’” says Qiang, who adds that ghost stories don’t always mean haunted houses and paranormal activities.

Qiang wrote the anchor story himself, a feature that remains dear to him. He looked into the death penalty for drug traffickers in Singapore and how the system worked. Instead of interviewing a legal expert to help him investigate the death penalty system in the country, Qiang spoke with a retired Catholic nun who worked as a death row counselor for drug traffickers and prisoners in jail. “For months, she would counsel the prisoners who were convicted or on trial then on their last day, she would walk them to the room where they would be hanged or face death,” he says. 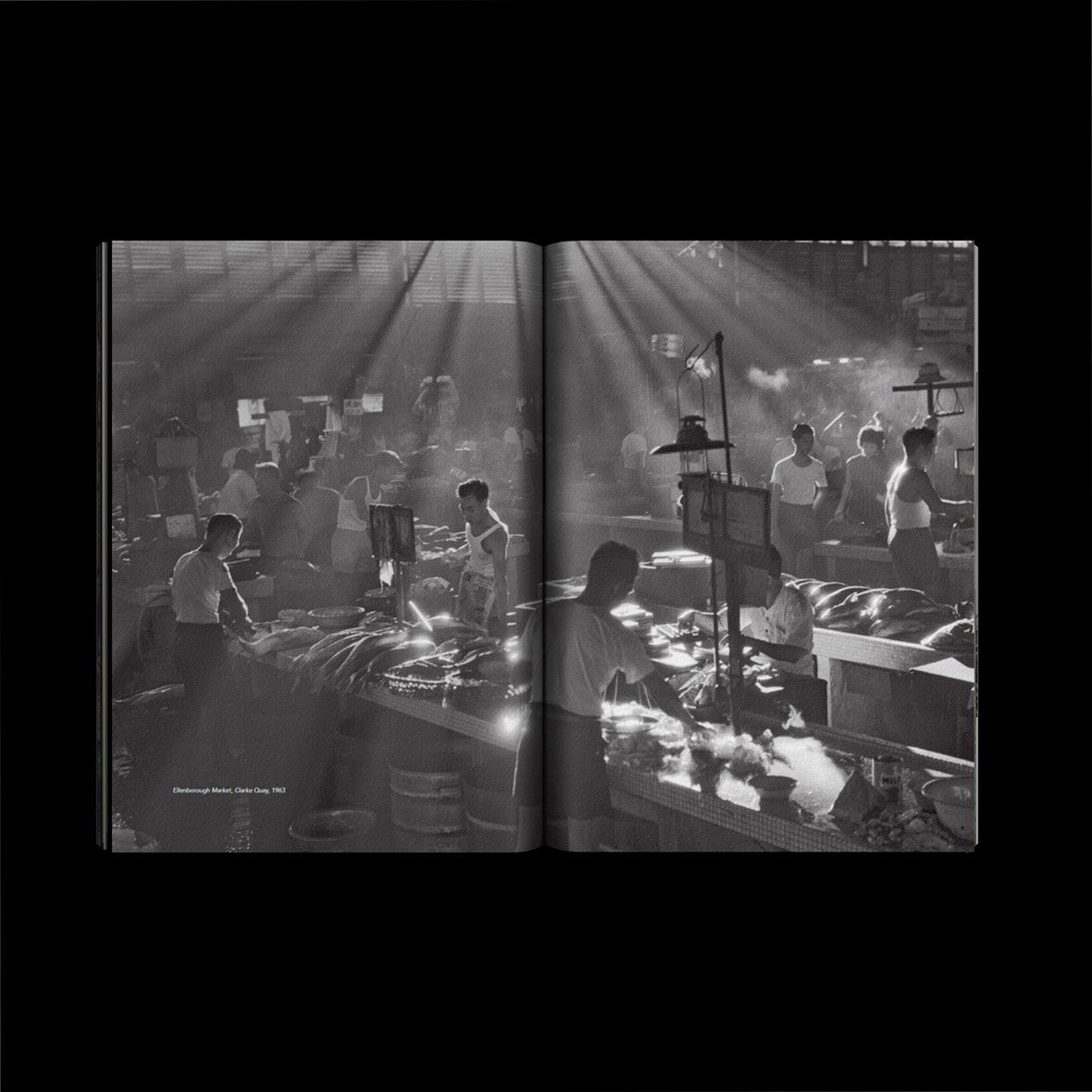 Qiang shifted the tone, once again, for the third issue. Smack dab in the middle of the pandemic, the editorial team found themselves locked in their own homes for months. “We didn’t want to do anything depressing after that,” says Qiang. They wanted to laugh again and share that contagious dose of happiness with their readers, so for the third issue, they focused on humor. Qiang seems to have reinvented the meaning of ‘funny stories.’ The third issue, “Funny Stories,” contains tales that don’t make the readers enjoy full-belly laughter. Instead, they might make them raise their eyebrows, wear a quizzical expression, or gasp in disbelief. 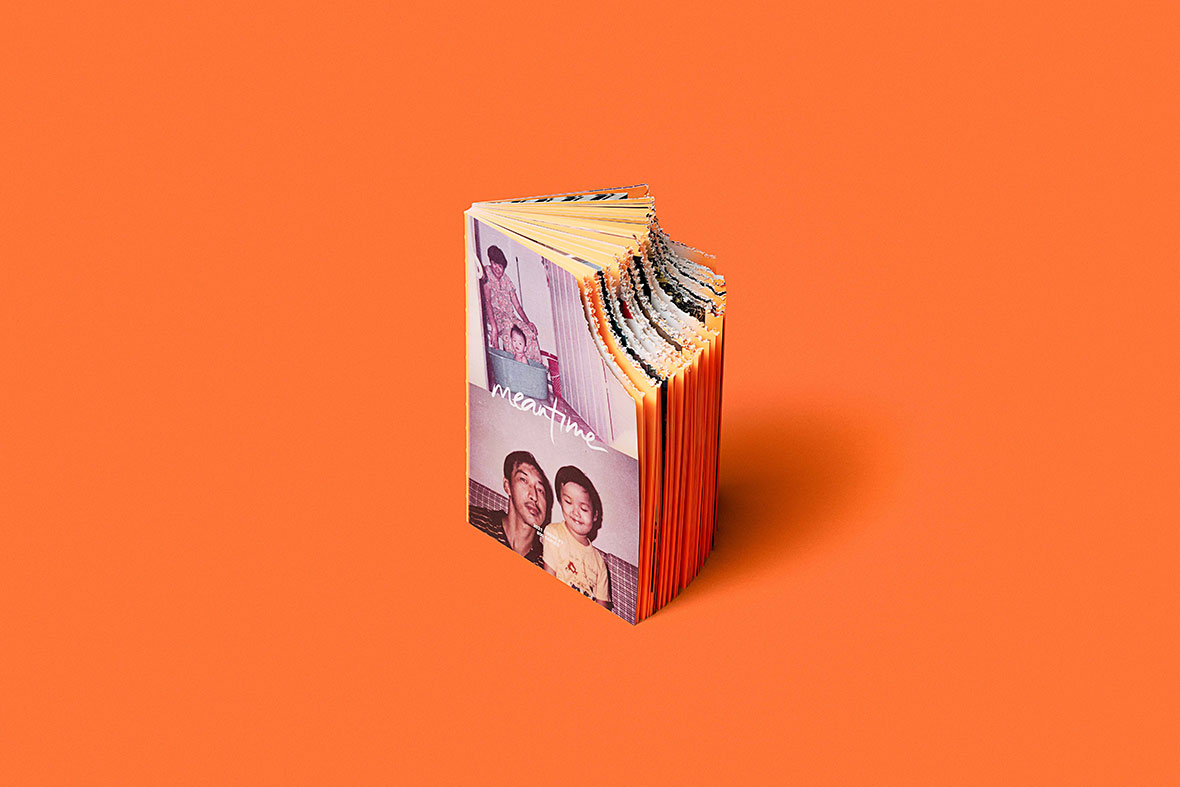 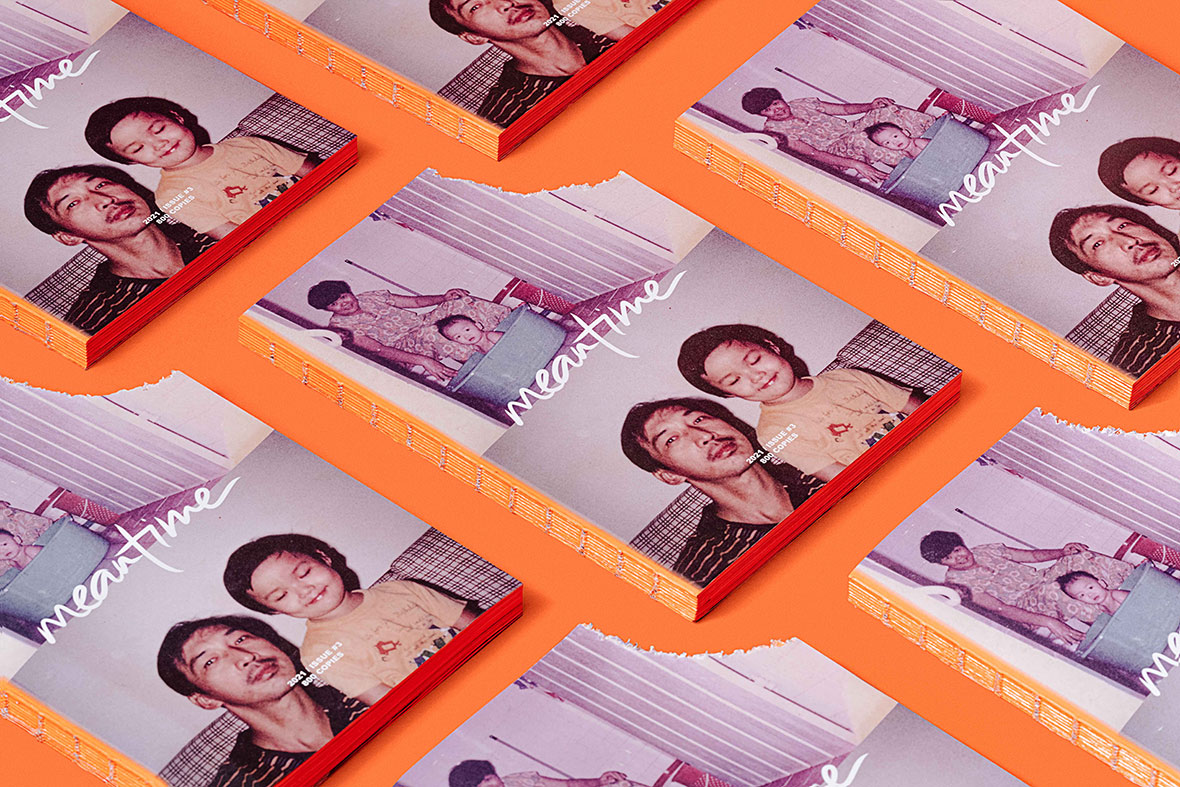 The anchor story is based on an anecdote about Singapore banning long hair for men in the 1970s. “It was called ‘Operation Snip Snip’ which was funny to us,” Qiang says. “We found out that Singapore didn’t want men to have long hair because, at the time, it was associated with drugs, low life, hippie culture, laziness, and not wanting to work hard. The government didn’t want to promote those values.” In present-day Singapore, Qiang and the editorial team scouted out men with long hair, and they were asked to recall their relationship dynamics with their fathers who lived through the ban. 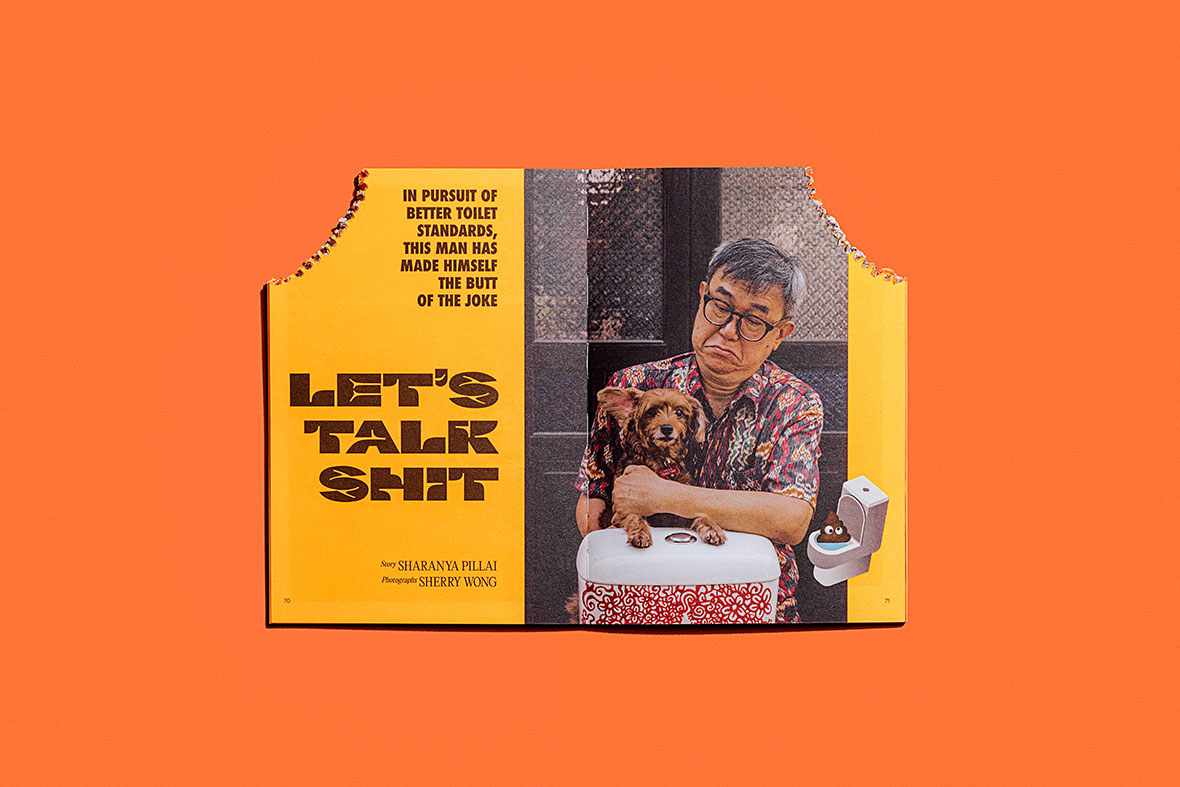 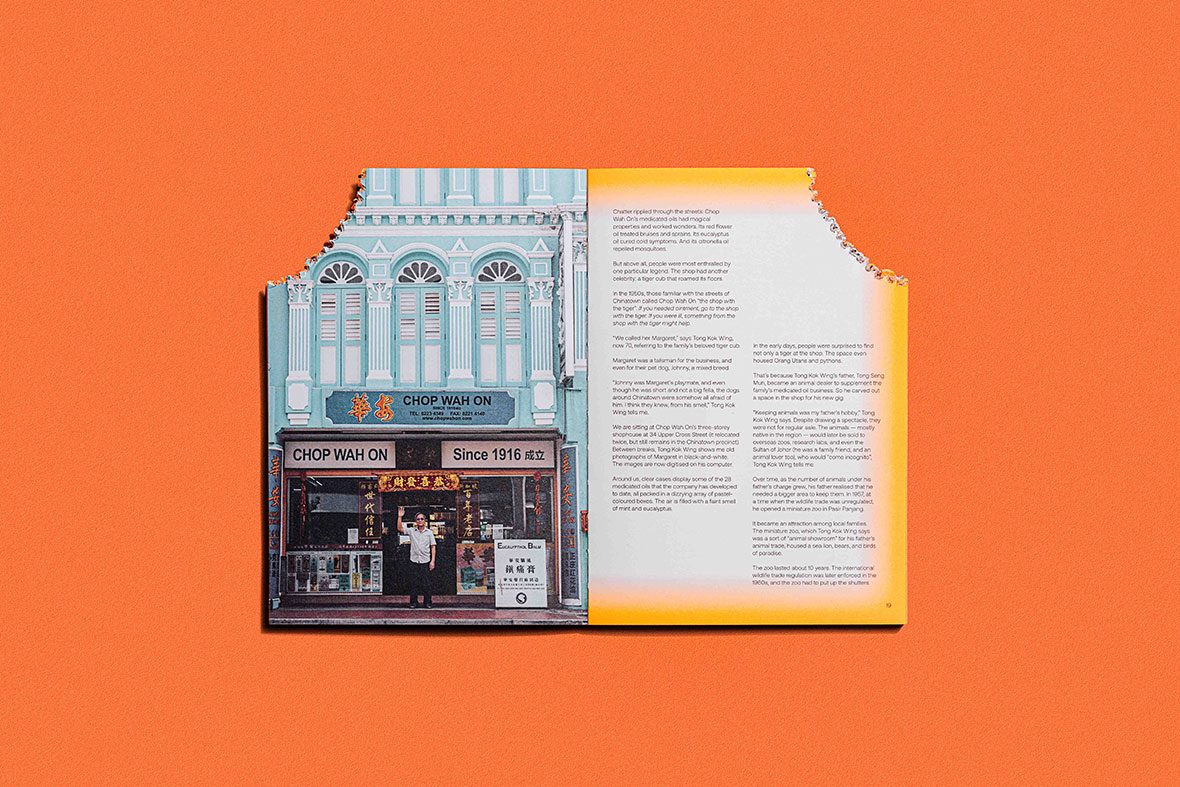 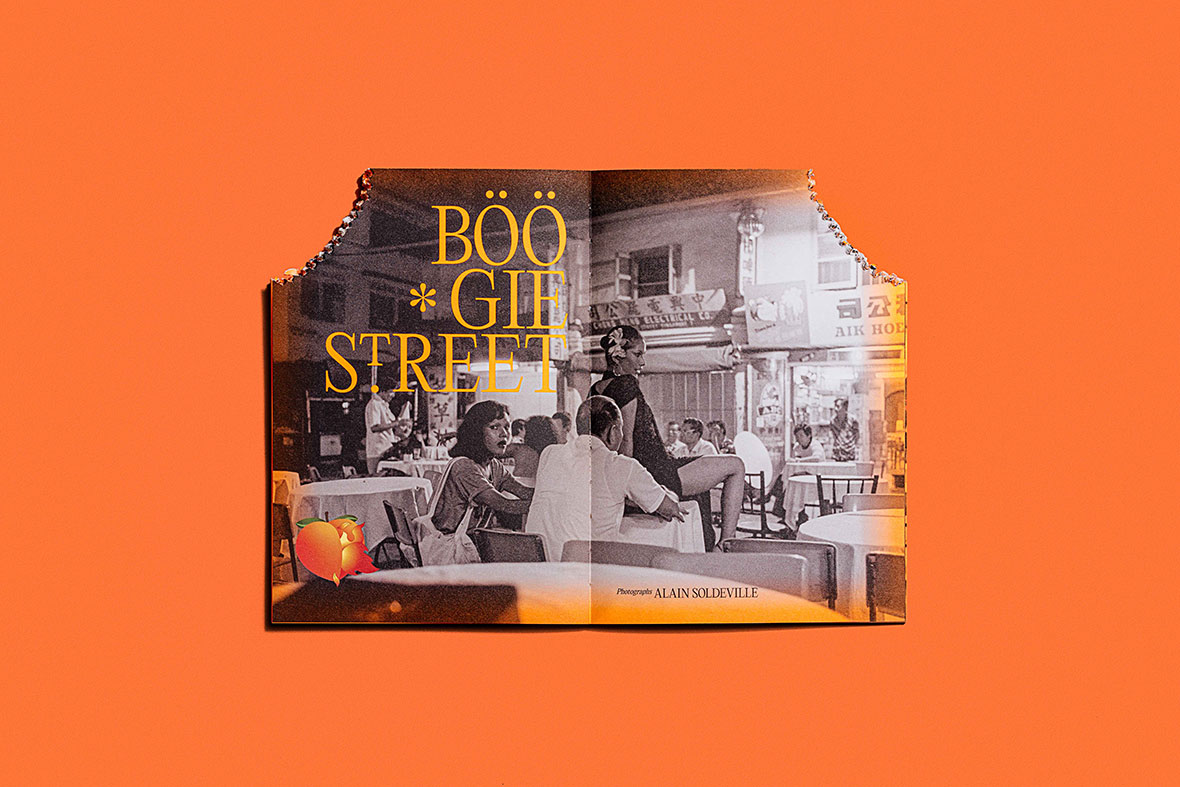 Surprises come but never go with every print issue of Meantime Magazine. The cover page of “Love Stories” is individually hand-torn to show the fragility of memories, and different copies have other surprises—some come with a paper boat, a pressed flower, or a pull-out love letter between the pages. The almost-black cover of “Ghost Stories” is temperature-sensitive and changes hue due to heat from the reader’s hands, the room they are in, or the weather, revealing images underneath the layer. For the recent issue, the upper right part of the whole print is chewed up, a prelude to the beguiling stories and photographs inside. “For every issue of Meantime, we try to have print designs and elements that push the boundaries of print. It’s a print magazine, after all. We hope to give reasons to our readers to buy the physical copies,” says Qiang. 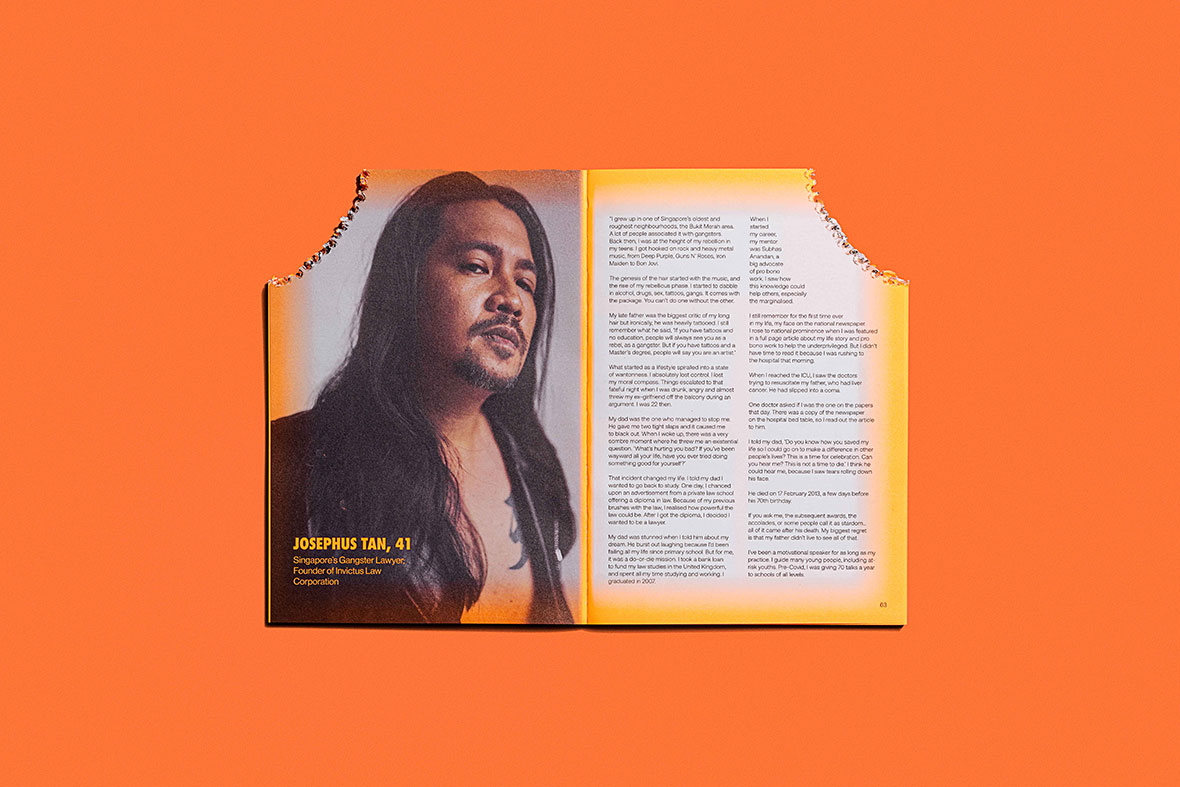 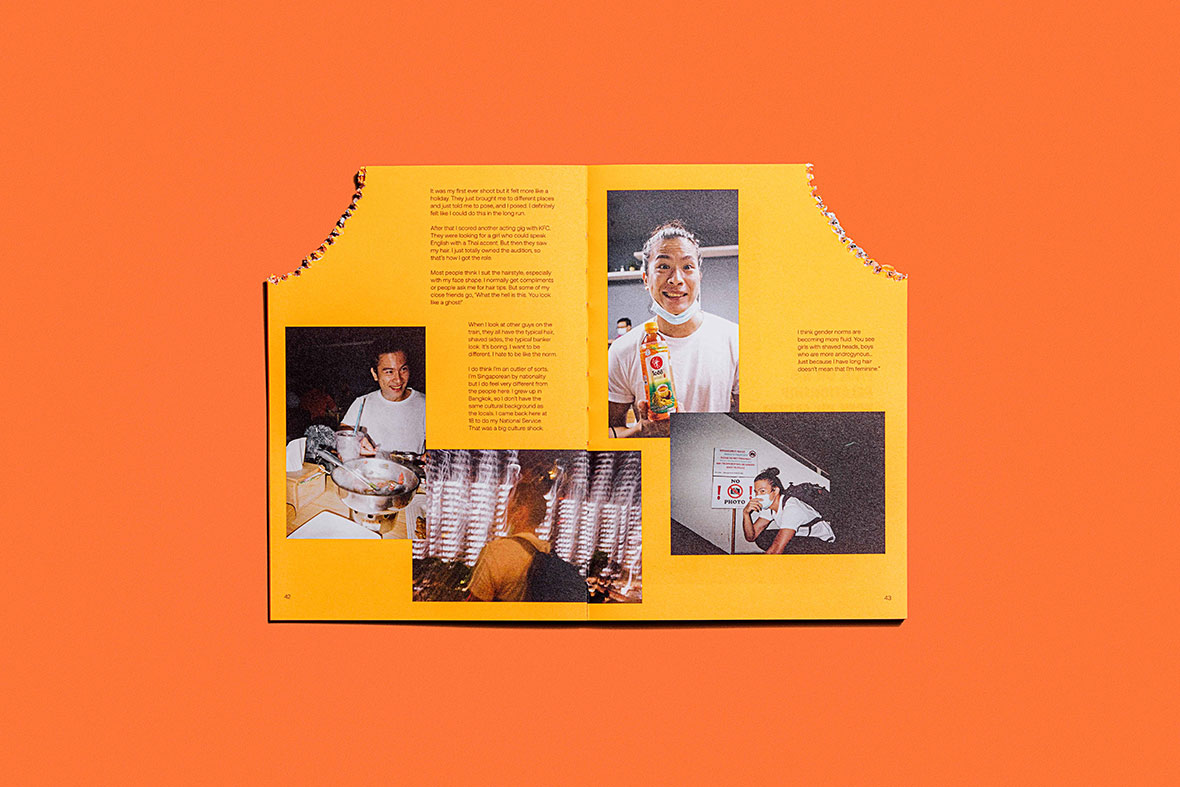 Before starting on the first issue, Qiang and the editorial team sat down to come up with the title of their magazine. They wanted to explore and tell stories about Singapore from its people, archives, and history. They looked first into the concepts of the passing of time and consistent memory. Qiang thought that time was ‘mean,’ seeing it as a  malignant force that never stops and makes everyone and everything become forgotten as it moves forward. This thought culminated in the name of the publication.

“We were also fascinated with the phrase ‘in the meantime,’ as if it were a juncture that intervenes two periods, a pause or a break,” he laughs. “We wanted people to pause and read our stories, to take their time to savor them.”

Qiang reveals that they’re almost done with the fourth issue, but that’s the only bit of information he’s willing to share. Rest assured, Meantime Magazine won’t be short of distinct stories dedicated to preserving the untold narratives of Singapore and its inhabitants.