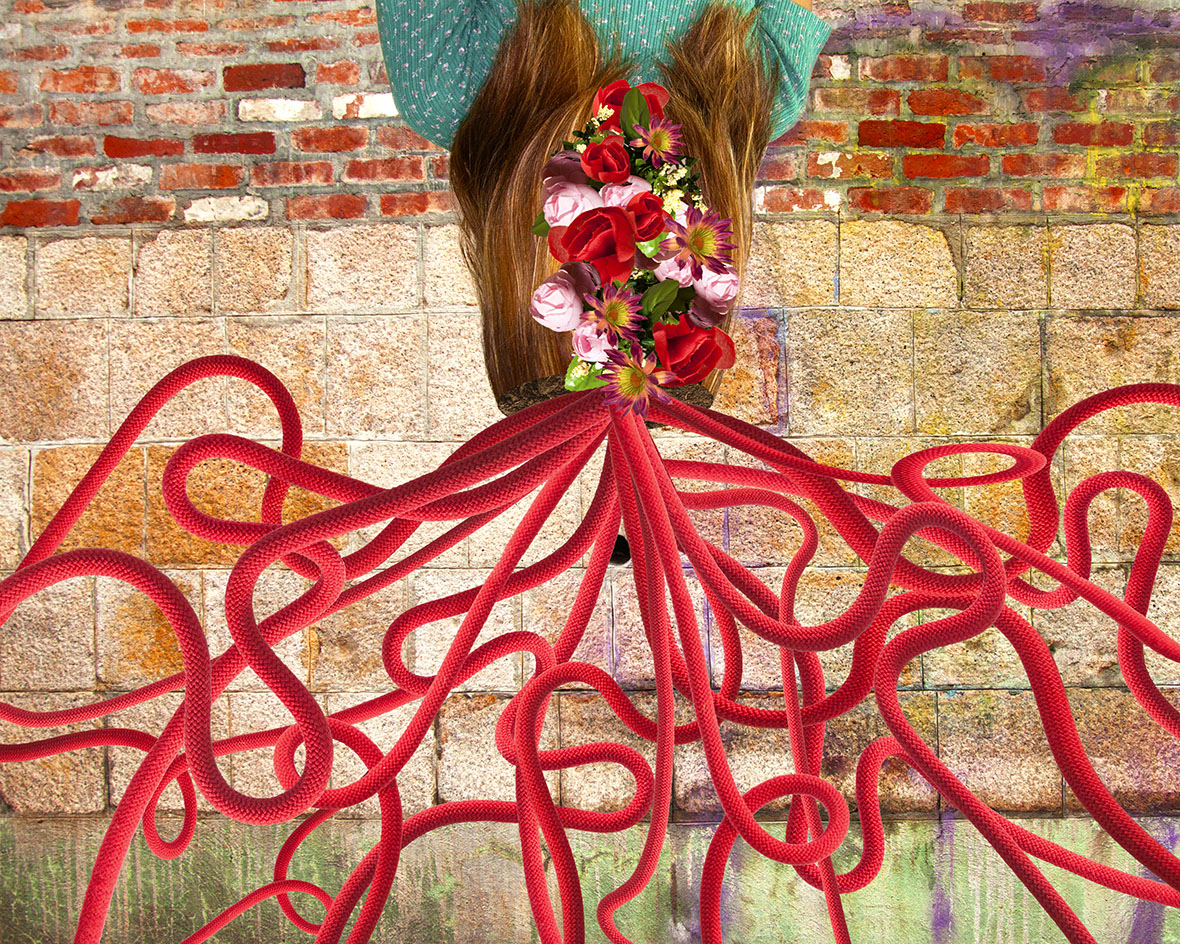 “Being raised in Hong Kong, I felt a bit detached from my roots to the mainland,” says artist Hung Chingyan. “This grappling with identity is one of the most important elements of my creative process.”

As a second-generation immigrant from Fujian, Hung often felt different from her peers in Hong Kong. Unlike born-and-raised Hong Kongers, her earlier educational background was far more traditional and conservative. Social constructs such as filial piety and gender roles were deeply ingrained into her psyche.  She felt estranged once she arrived in Hong Kong, where the education system was more influenced by the British. “I felt different from others, and it didn’t feel like I belonged in Hong Kong,” she says.

Only years later did she realize that these feelings of otherness were of no fault of her own and how pointless it was to dwell on these memories. Coming to terms with the absurdity of it all proved to be the perfect creative fodder. Her collage series The Song of a Young Nutter takes these realizations and stirs in an extra dollop of quirkiness to bring her childhood experiences into a visual form. This project uses Hung’s original photos, which include shots of keepsakes from her childhood, random objects that have caught her eye, and even herself. Together, this mishmash of disparate images has become her way of revisiting the experiences that have shaped who she is today. 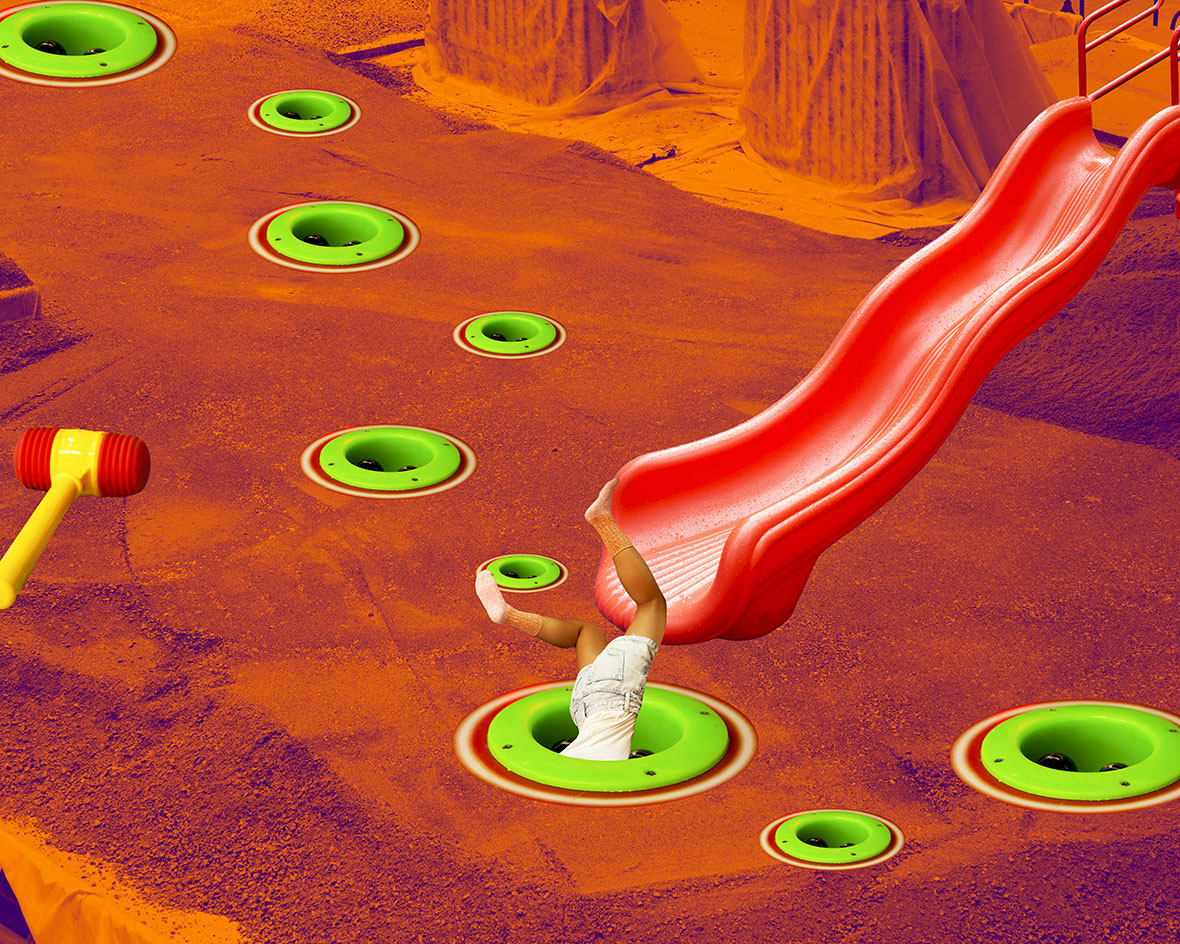 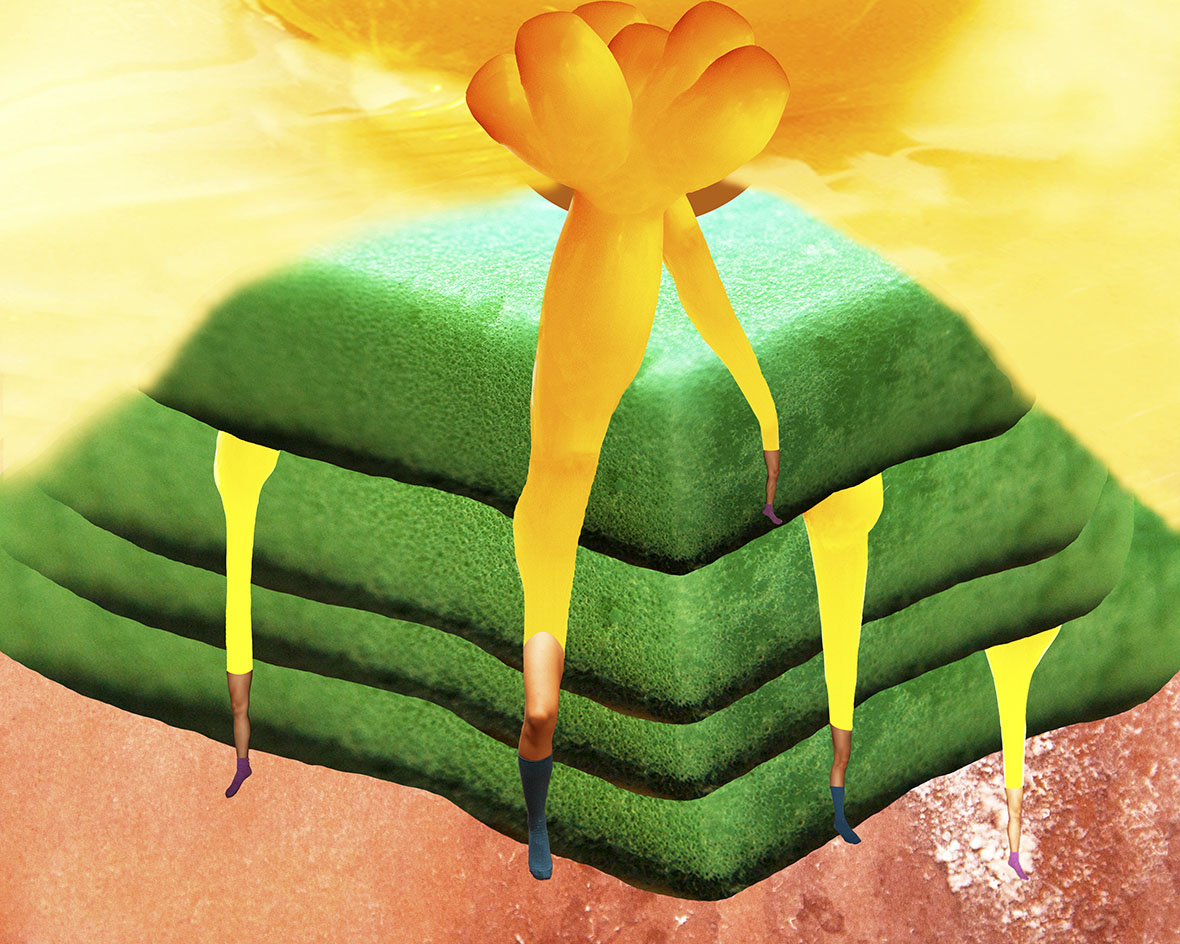 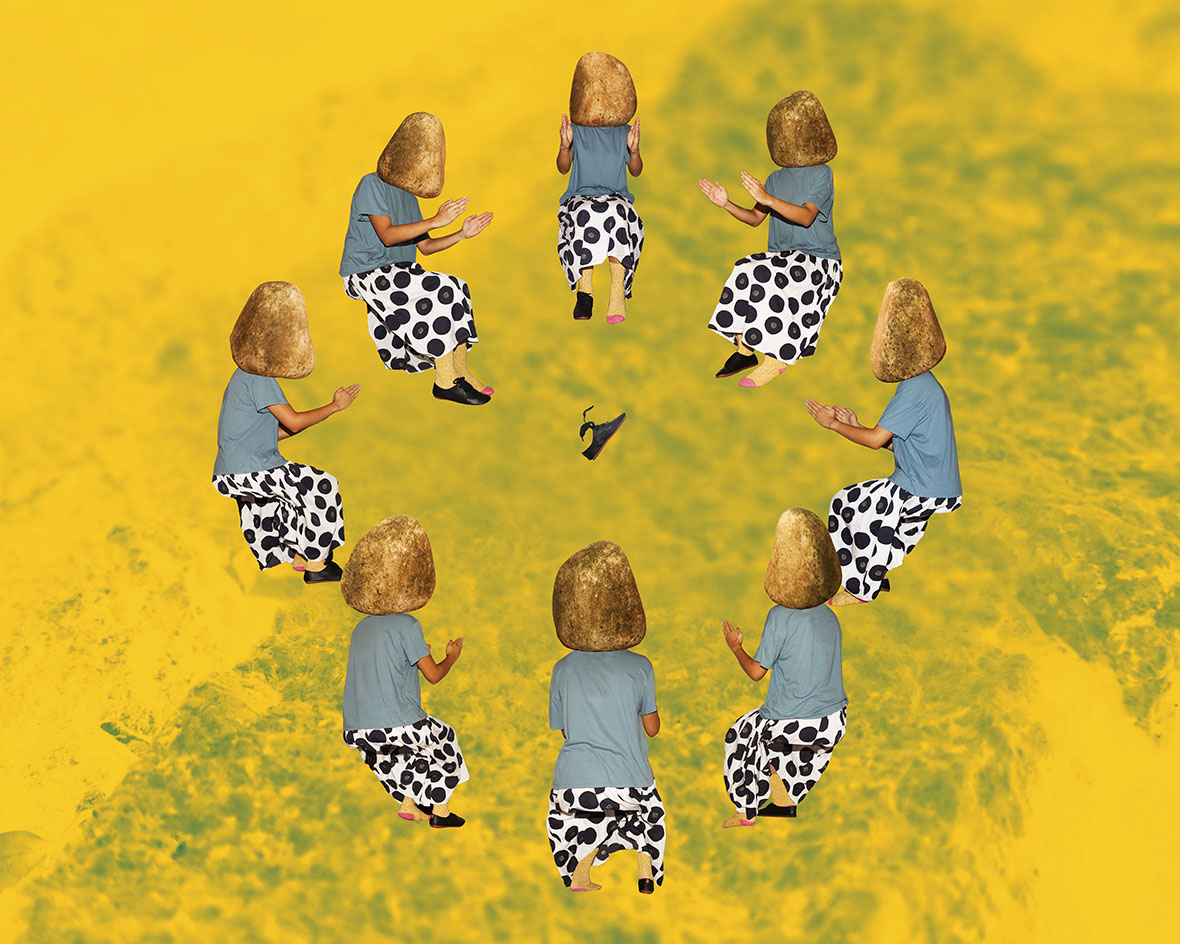 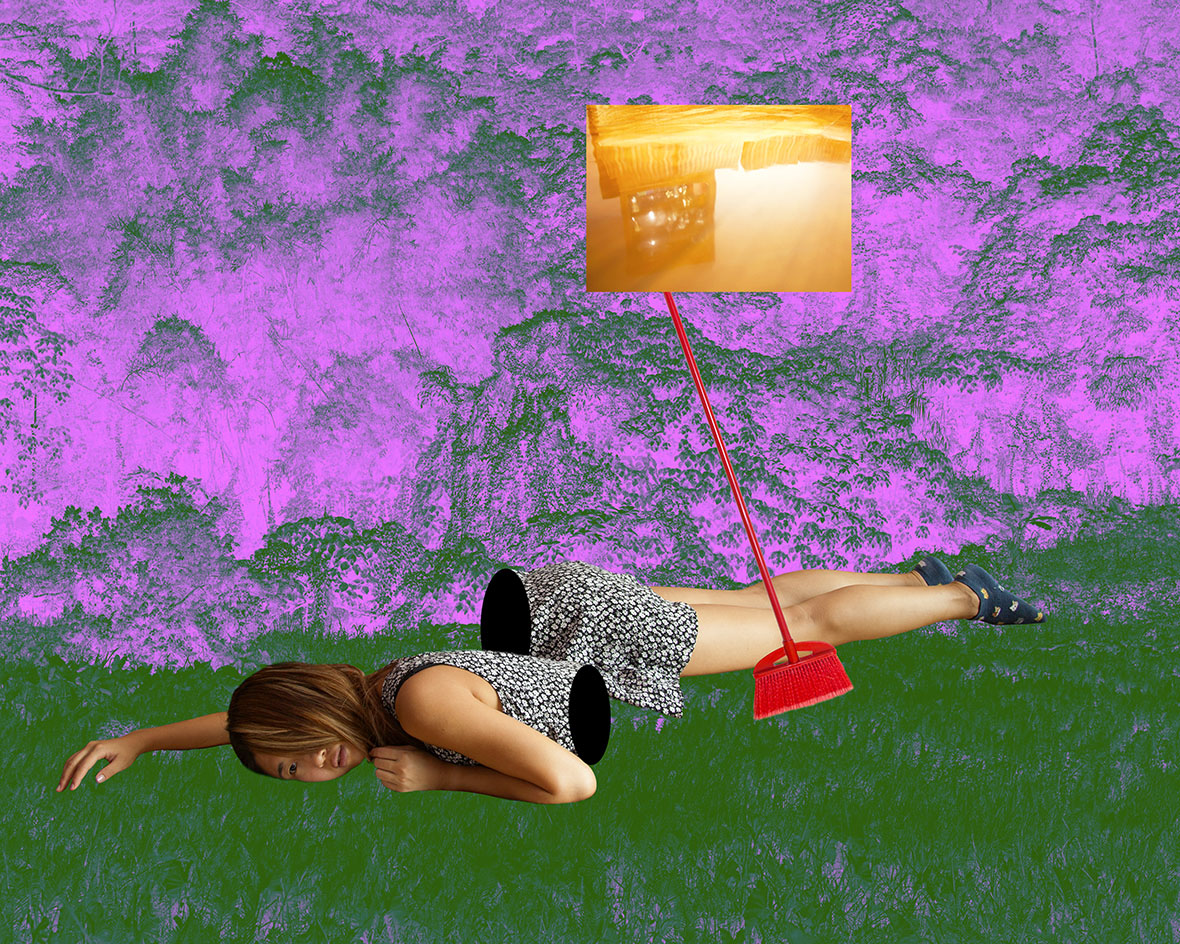 Piecing together different images to speak on specific topics in a cohesive way is always a challenge for Hung. “When I take photos, I like looking inwards,” she says. “I like to find inspiration at home, taking photos of objects I find laying around. It’s interesting to observe their little manmade scratches and examine the condition of the item. During the worst days of the pandemic, I was forced to look even closer within my limited surrounding for inspiration. This taught me that inspiration could be found anywhere.”

She eventually had the idea to include herself within her collages. This was a new creative stepping one, one that allowed for a deeper connection between her and the memory or subject she sought to explore. 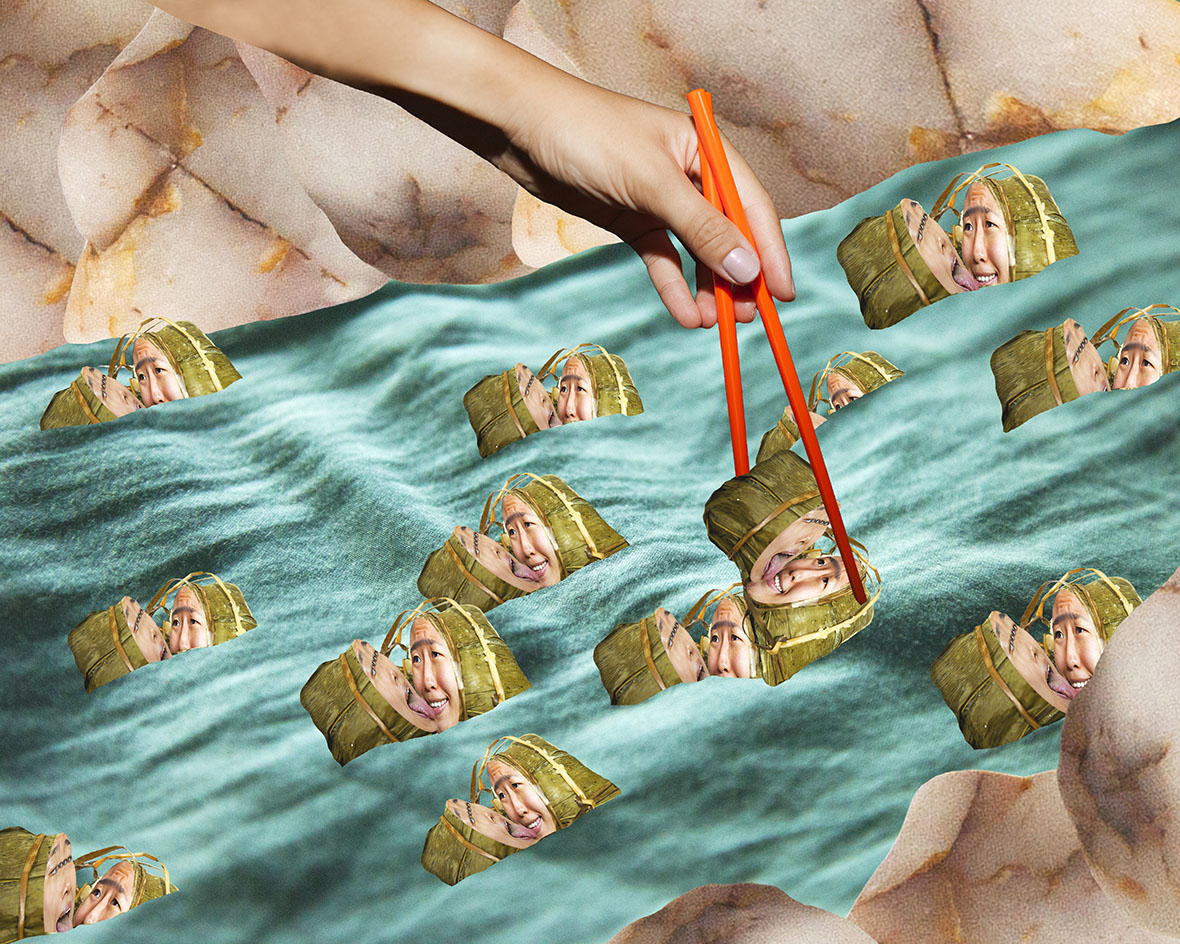 In the collage, Dad Loves Eating Sticky Rice Dumplings Wrapped With Rocks, she looks back on a Dragon Boat Festival that she spent with her grandma. The night before the holiday, Hung was helping her grandma wrap zongzi when a mischievous idea struck—she thought it’d be a funny prank to stuff one with rocks and trick her dad into eating it. Grabbing pebbles from a potted plant, she plucked two into the zongzi she was wrapping. In this artwork, the zongzi floating downriver have all been split open, revealing Hung’s face within, grinning impishly. The flowing river represents the holiday season, a not-so-subtle nod to the dragon boat races held during the celebrations.

This blending of unlikely elements is one of the most prominent themes in her work—even the loosest of threads can be woven into something new. Hung isn’t interested in quieting her ideas, no matter how strange or nonsensical it may seem. She’s simply interested in bringing her imagination into the real world. 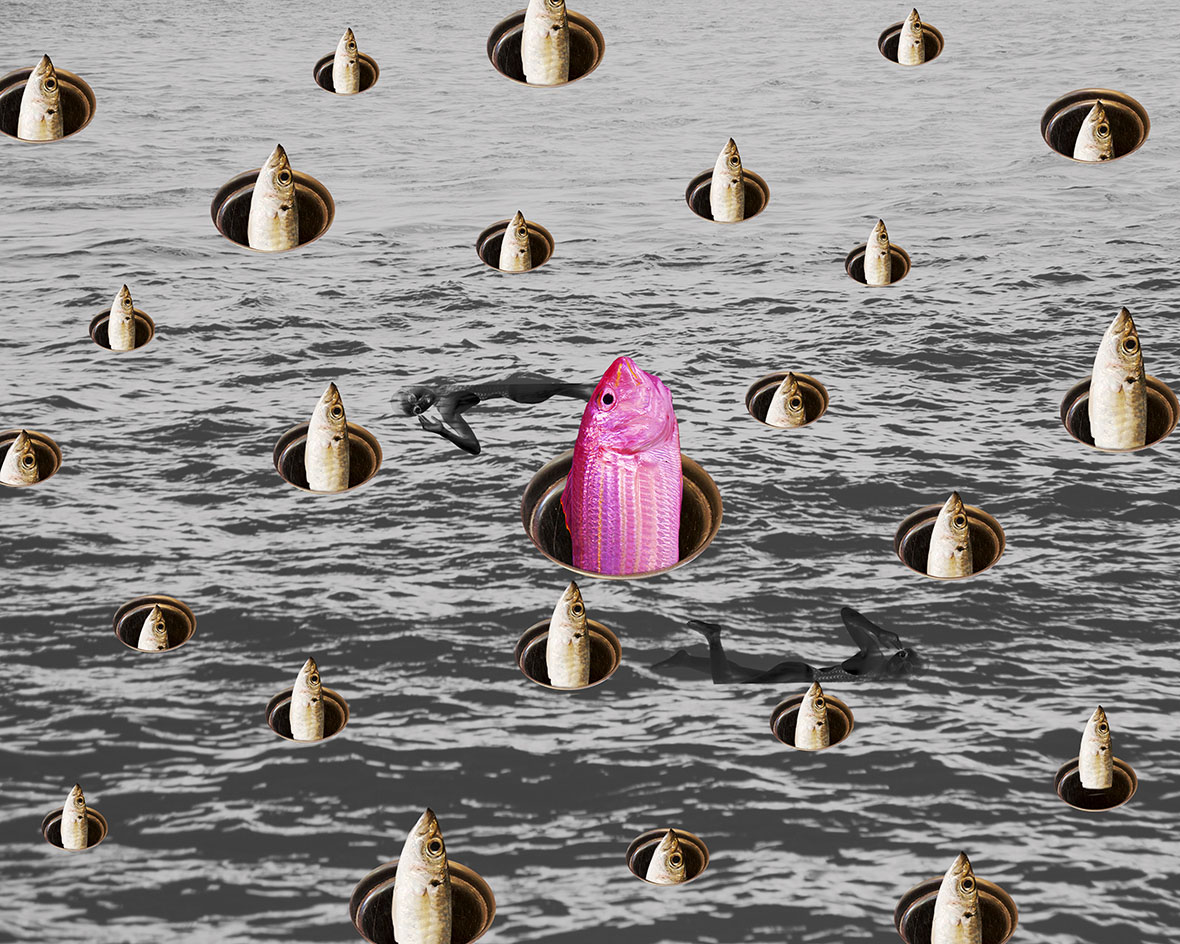 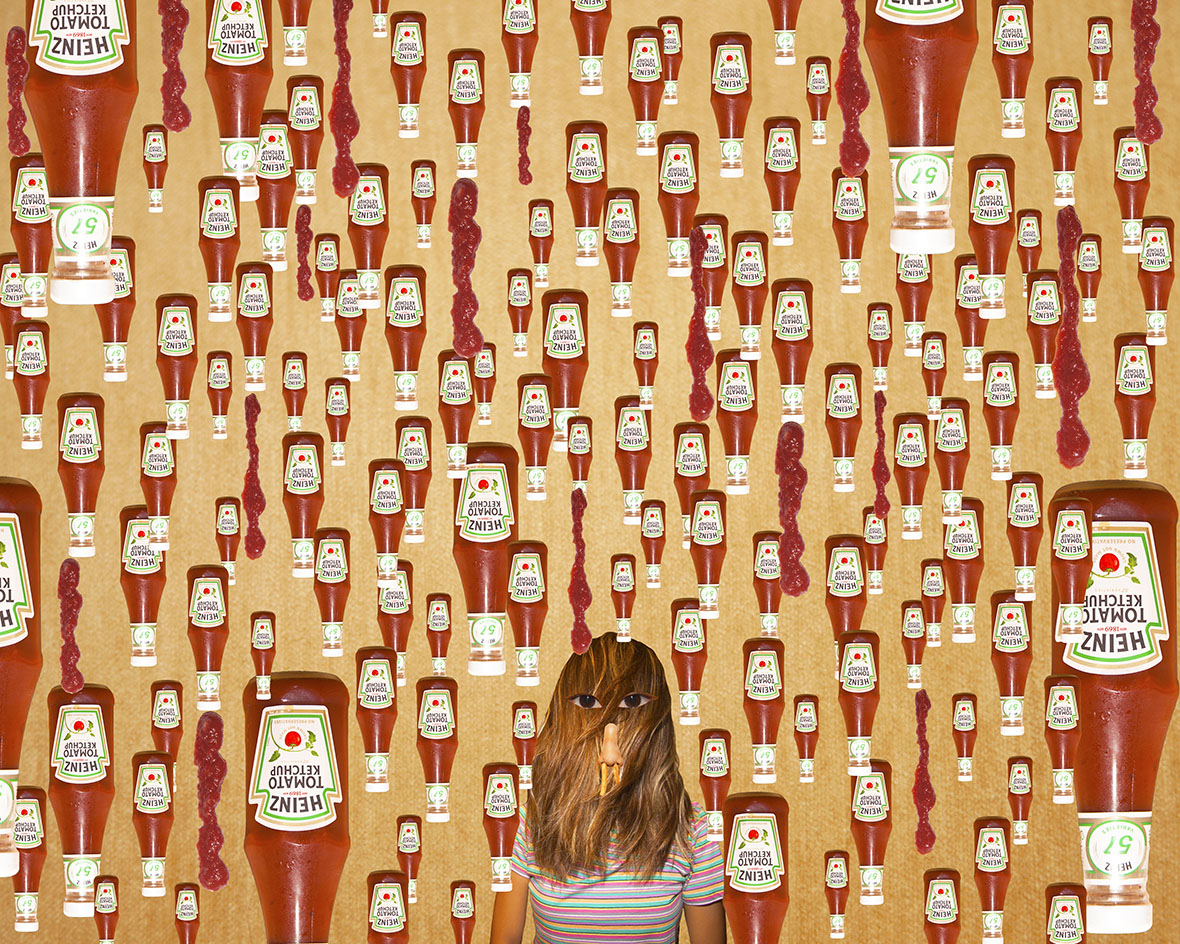 Color and shape are the most deliberated aspects of Hung’s art, and like the memories they’re based on, they’re often scaled to exaggerated proportions. “My parents wanted me to eat some fish, so they mixed it into my congee and I got a fishbone stuck in my throat,” she recalls. “They were terrified, and they took me to the clinic downstairs to get the bone out. From there onwards, I’ve been terrified of eating fish. It feels dangerous.”

This childhood fear is the basis of Fish is a Terrible Creature, a collage featuring fish popping out from a black-and-white sea surface, as if ready to ambush. 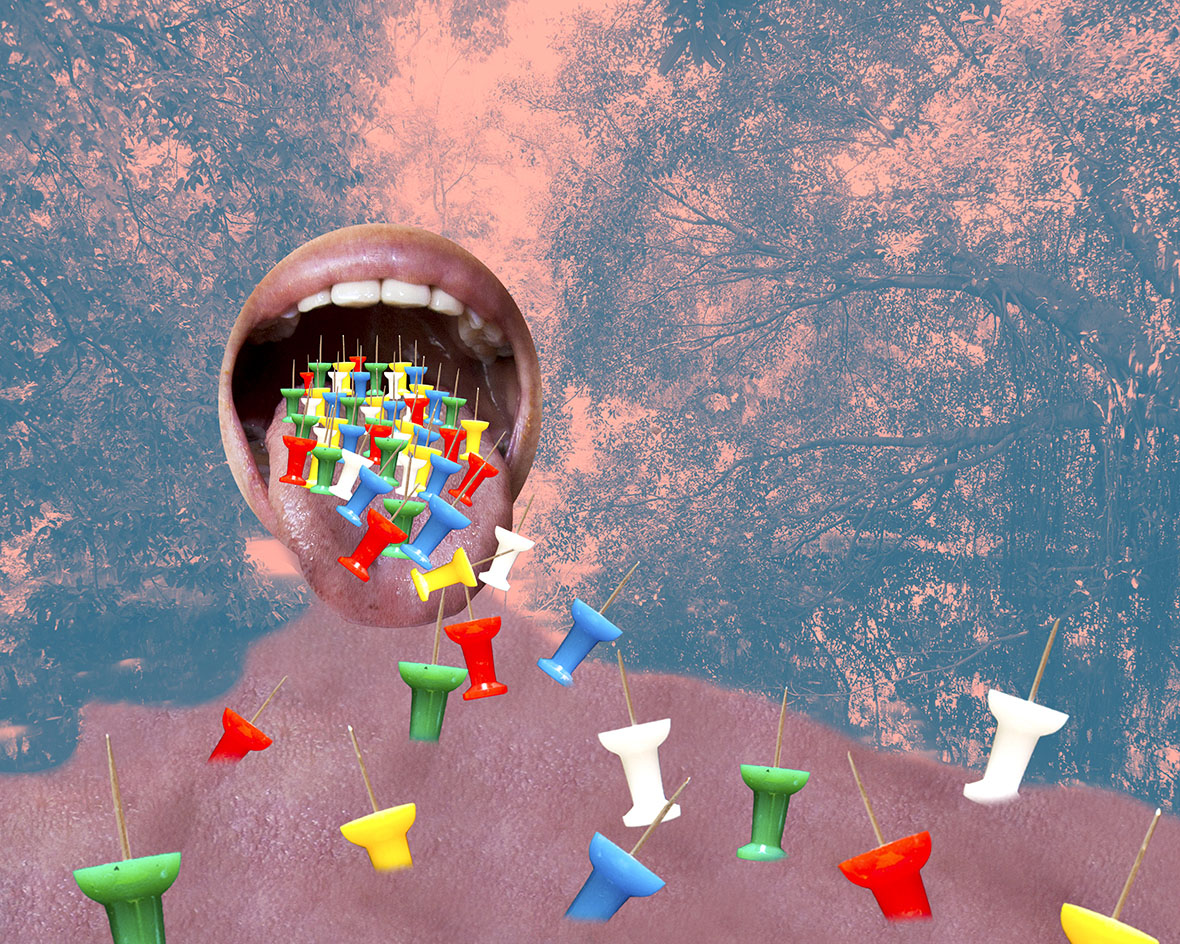 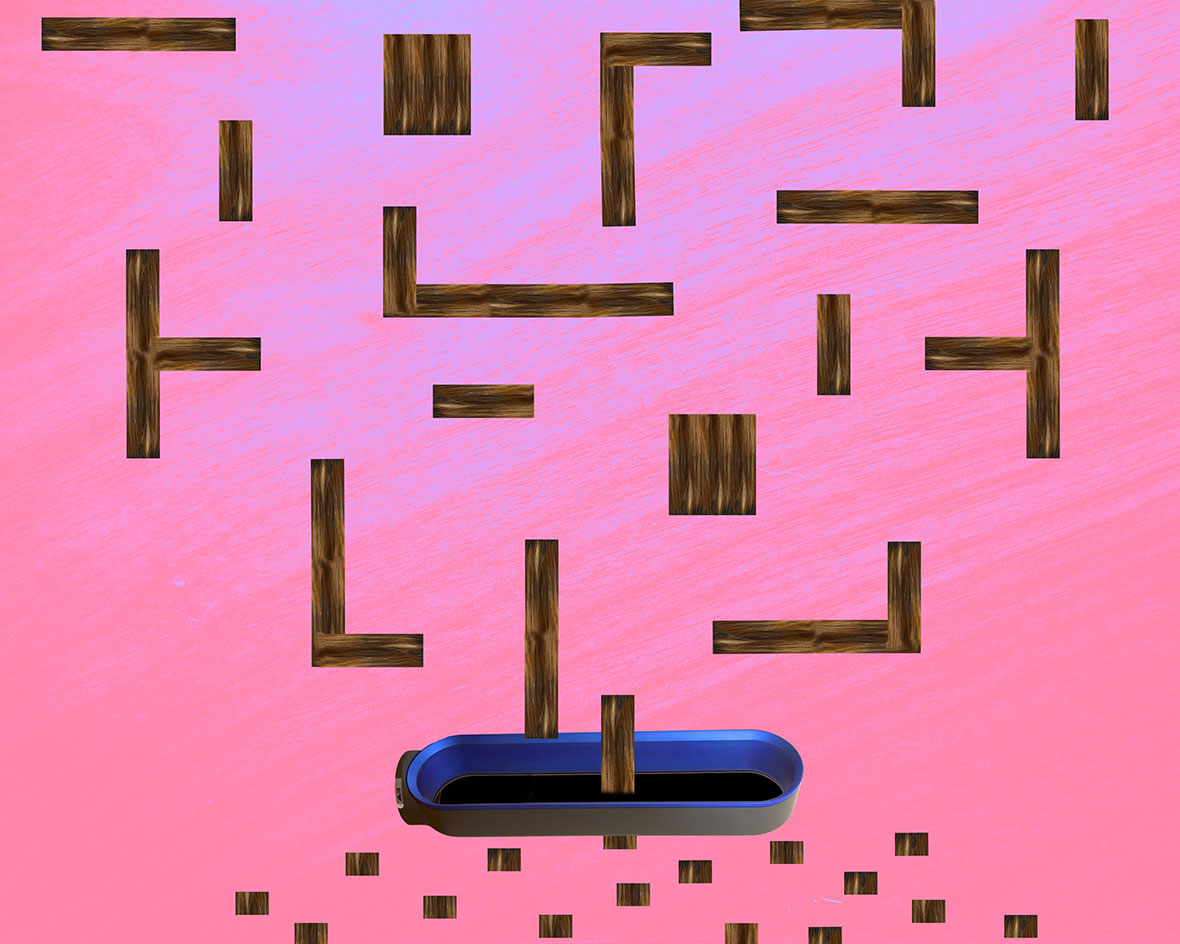 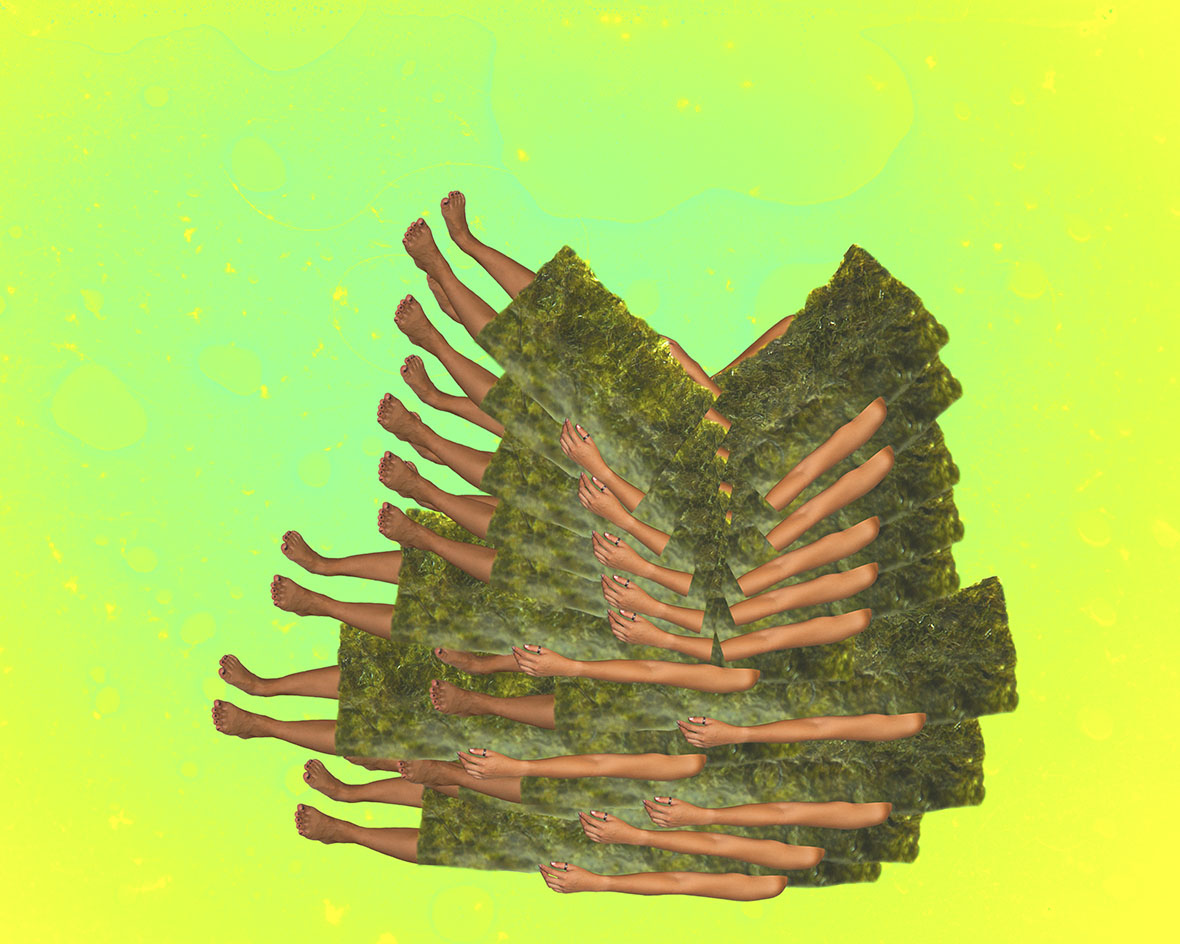 Other sights and sounds that only exist in her memory also make appearances throughout the series. “Like the slide at my playground, which I played on every day after school,” she says. “Or the woods that I hung out in, where I could hear my neighbor sweeping the leaves.”

This visual reassembly of her childhood may seem nonsensical to the average viewer, but to Hong, they hold plenty of meaning. When revisiting the old diary entries she uses for inspiration, she often finds herself teary-eyed or roaring with laughter. Reconstructing these childhood memories has helped her reflect on her place in the world, whether it be within her family or within society at large. “I think families are an interesting topic, and it’s one near and dear to my heart,” she says. “My family are the people I’m closest to, yet it feels like there’s a lot I don’t know about them sometimes. My art is pretty self-deprecating in that way. I’m poking fun at how I just can’t quite fit in anywhere.” 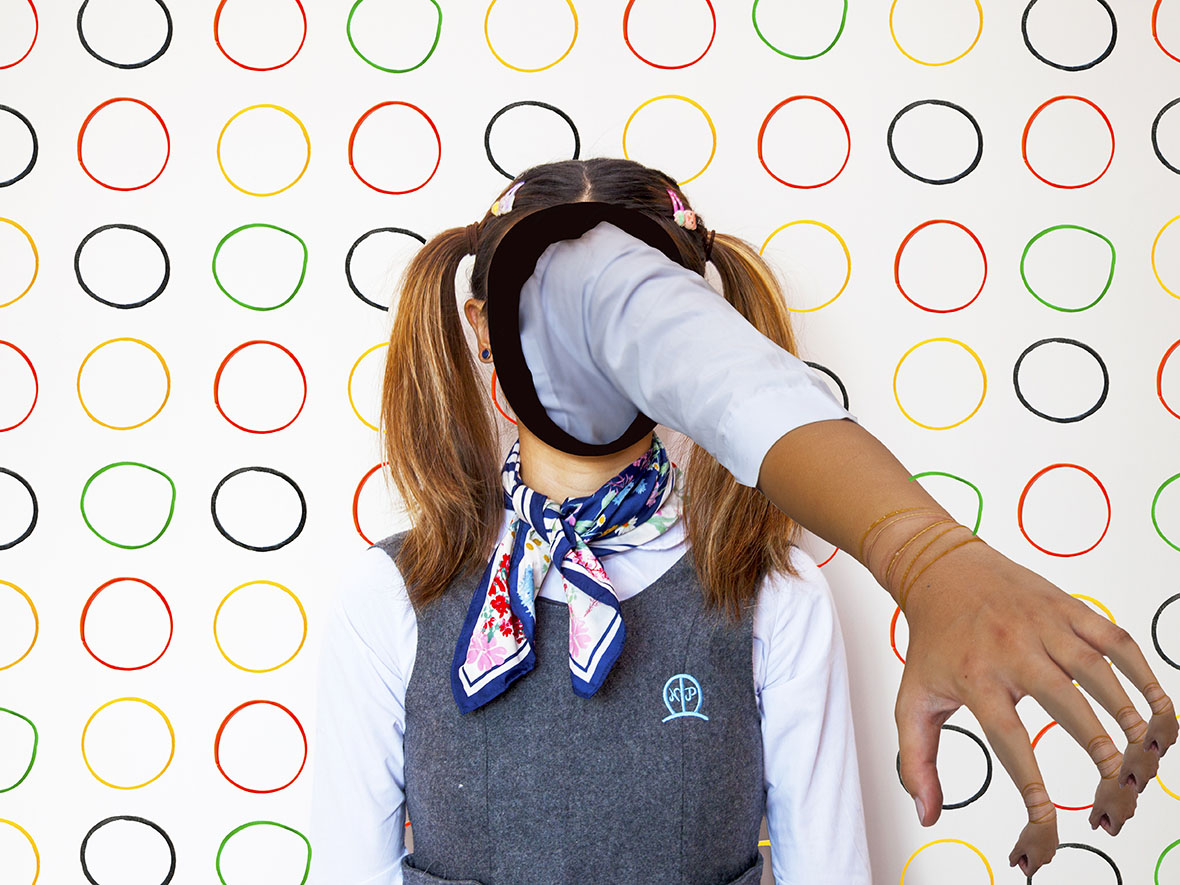 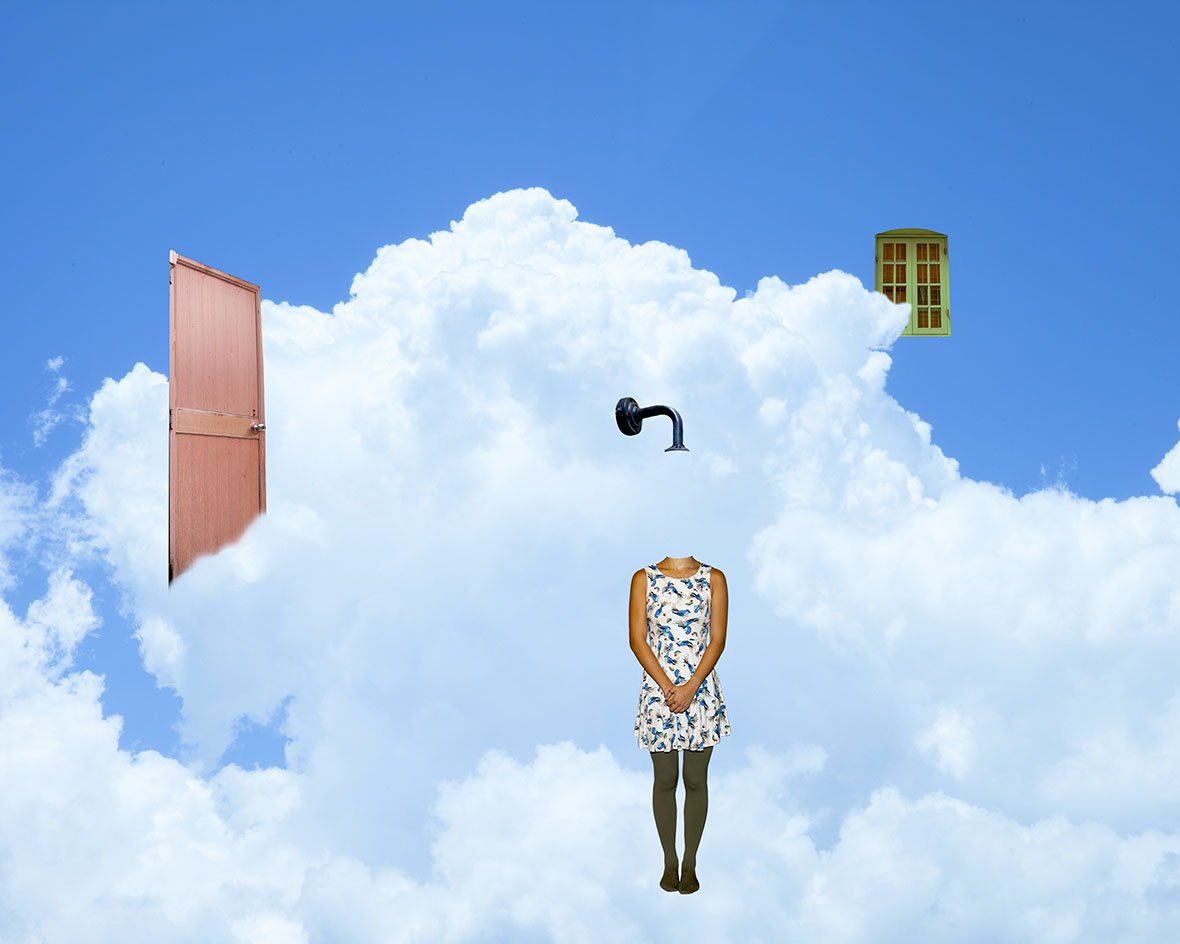 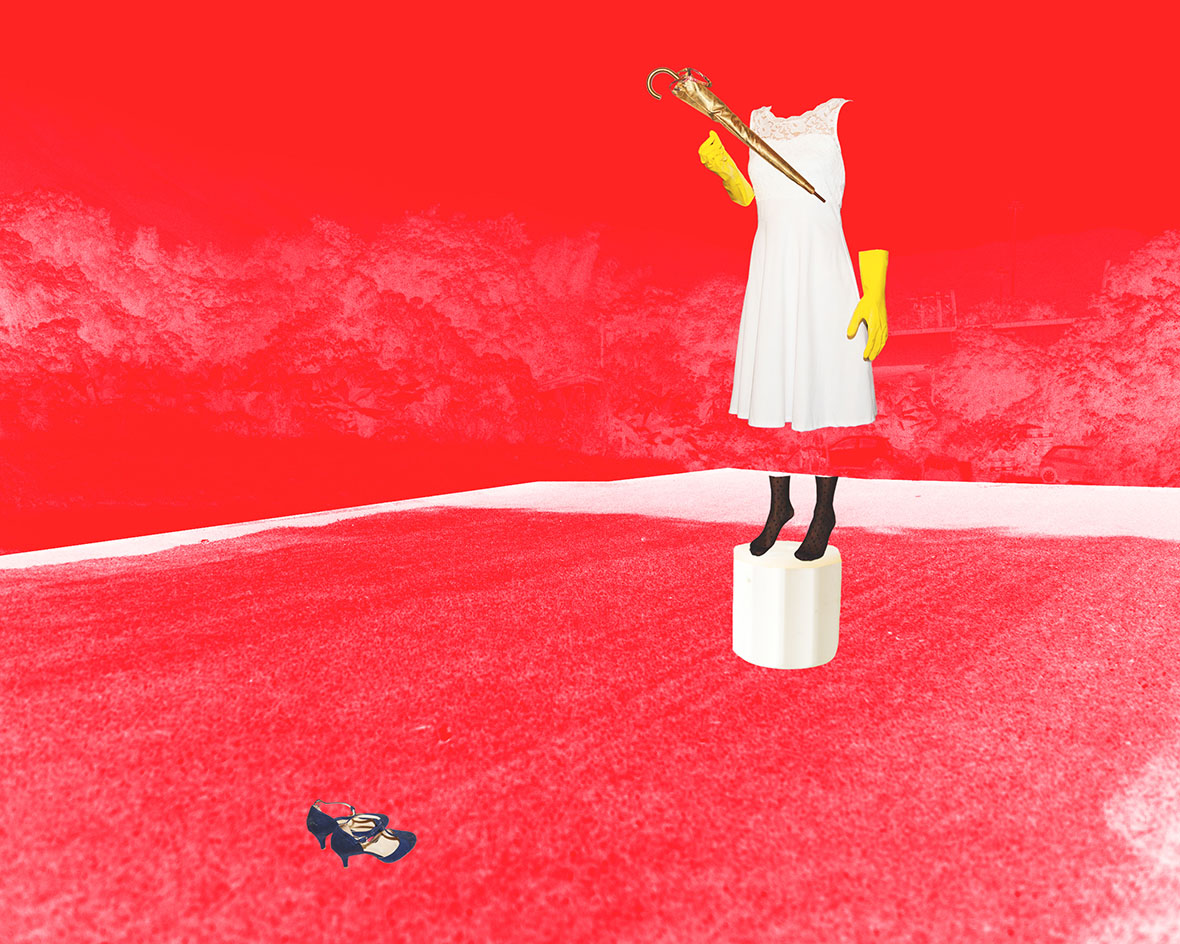