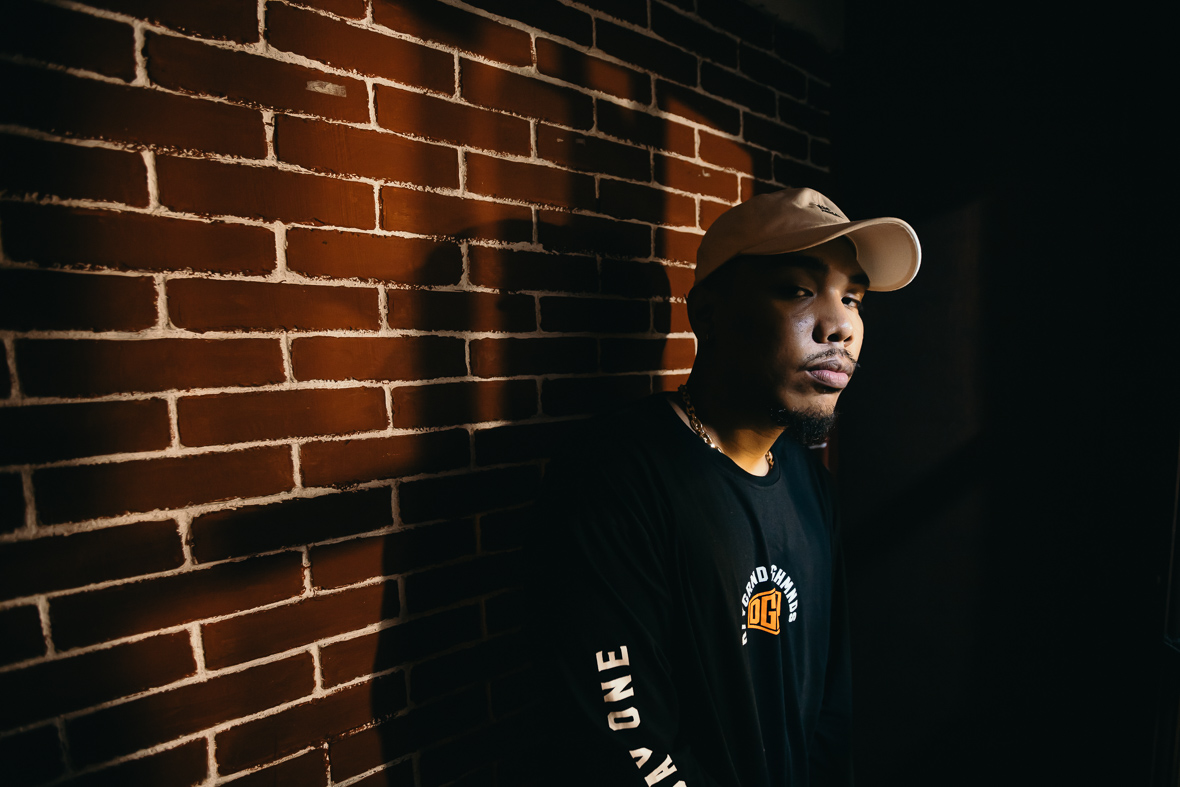 When “Pahinga,” by Al James, became a viral anthem in the Philippines, it was emblematic of a new wave of independent Filipino rappers finding success on their own terms. As high-speed internet became readily available across the country, listeners began craving new styles and found unmediated access to local talent. Tectonic shifts followed: a new generation of artists could now find instant success, and James was at the forefront. His syrupy, sensual style was everywhere, and it was the sound of a new era. 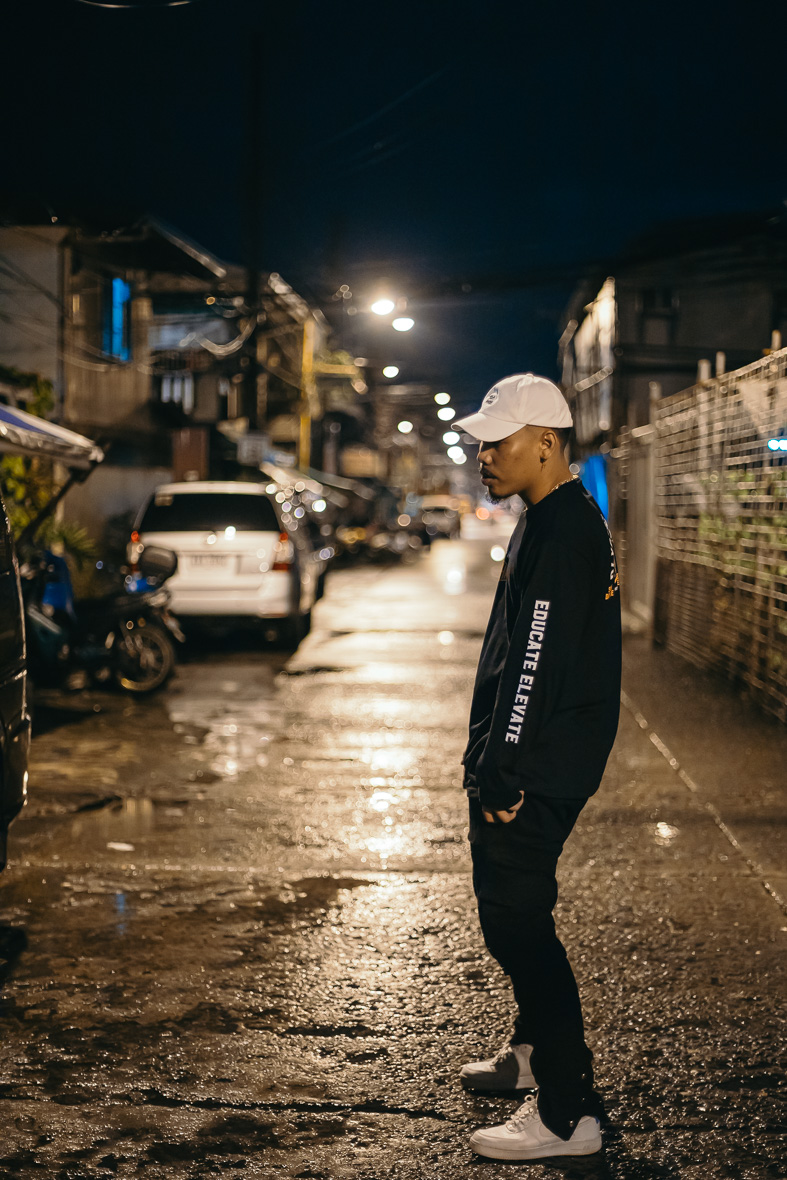 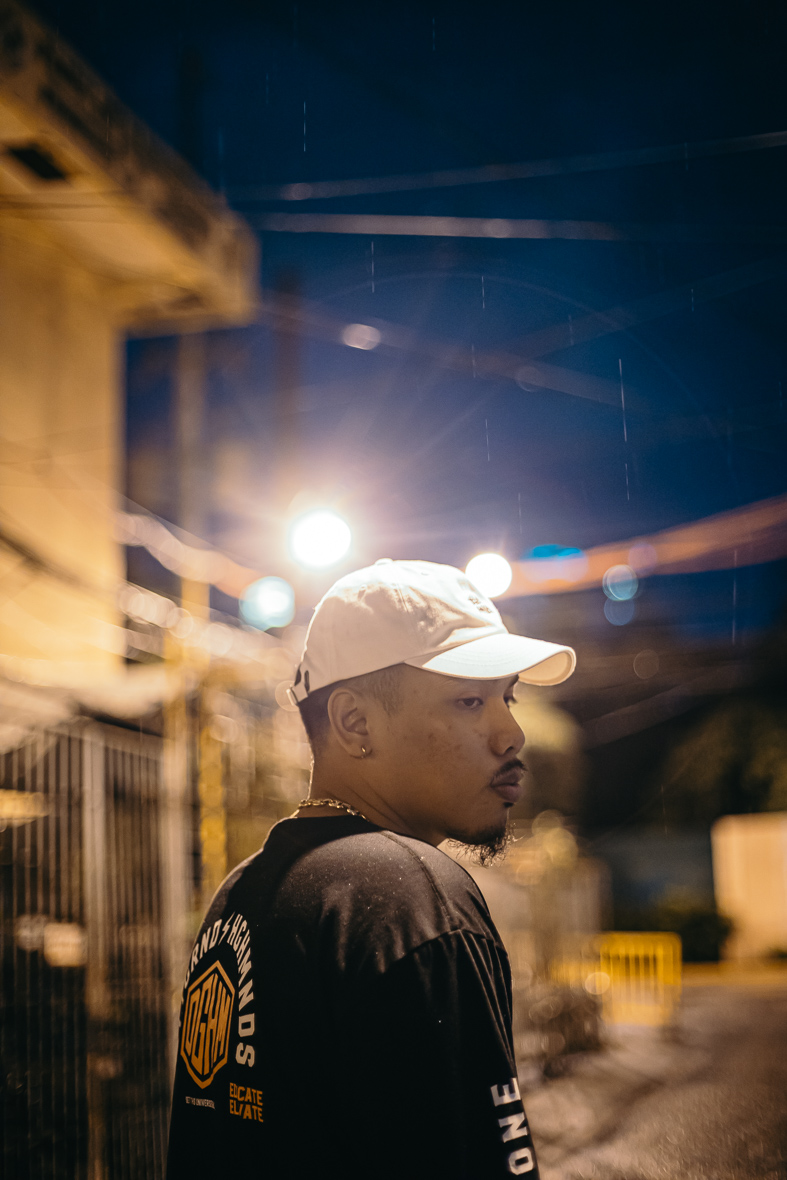 Now anyone can record their first song and become a superstar overnight. It’s certainly the case with some of today’s most popular rappers. To the majority of his listeners, James too dropped from the sky as a total unknown. He had hardly any internet presence when he uploaded “Pahinga,” the sole, lonely track on his threadbare Soundcloud and Youtube pages. But he’d actually been waiting in the wings for nearly a decade, studying the rappers before him since his school days.

Listen to to some of our favorite tracks by Al James below: 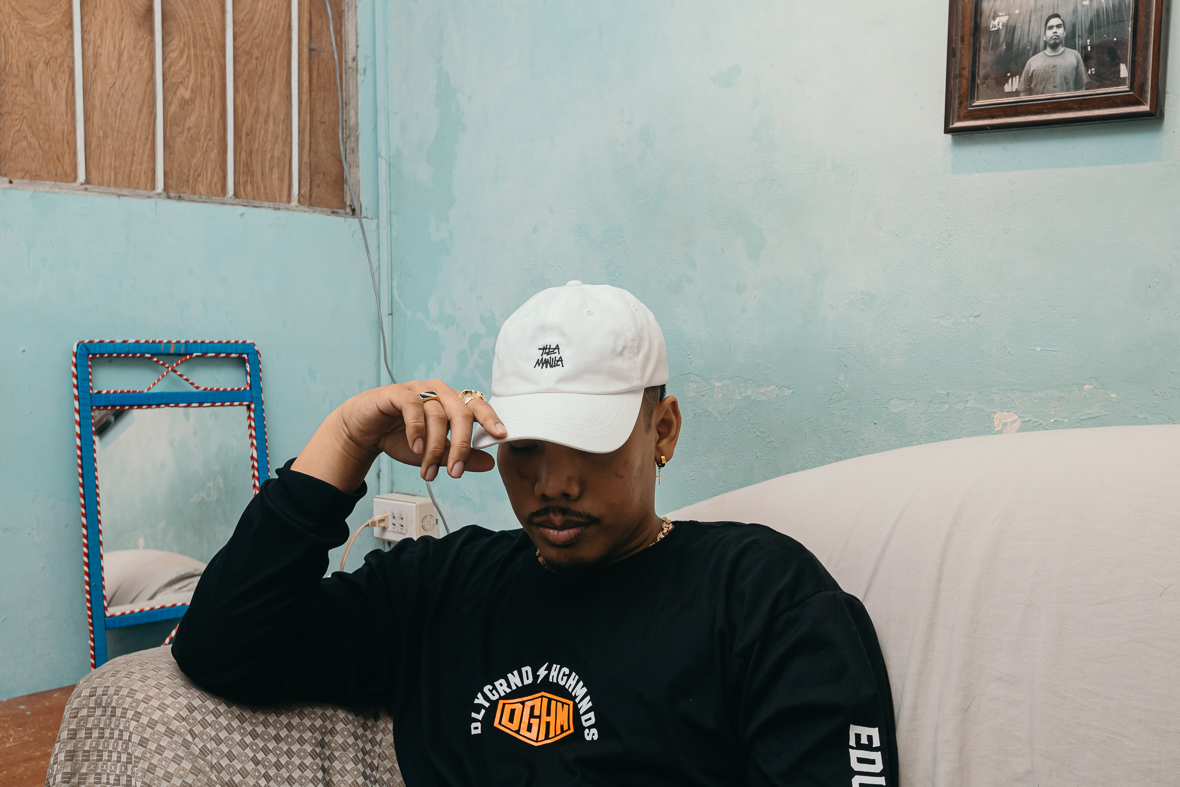 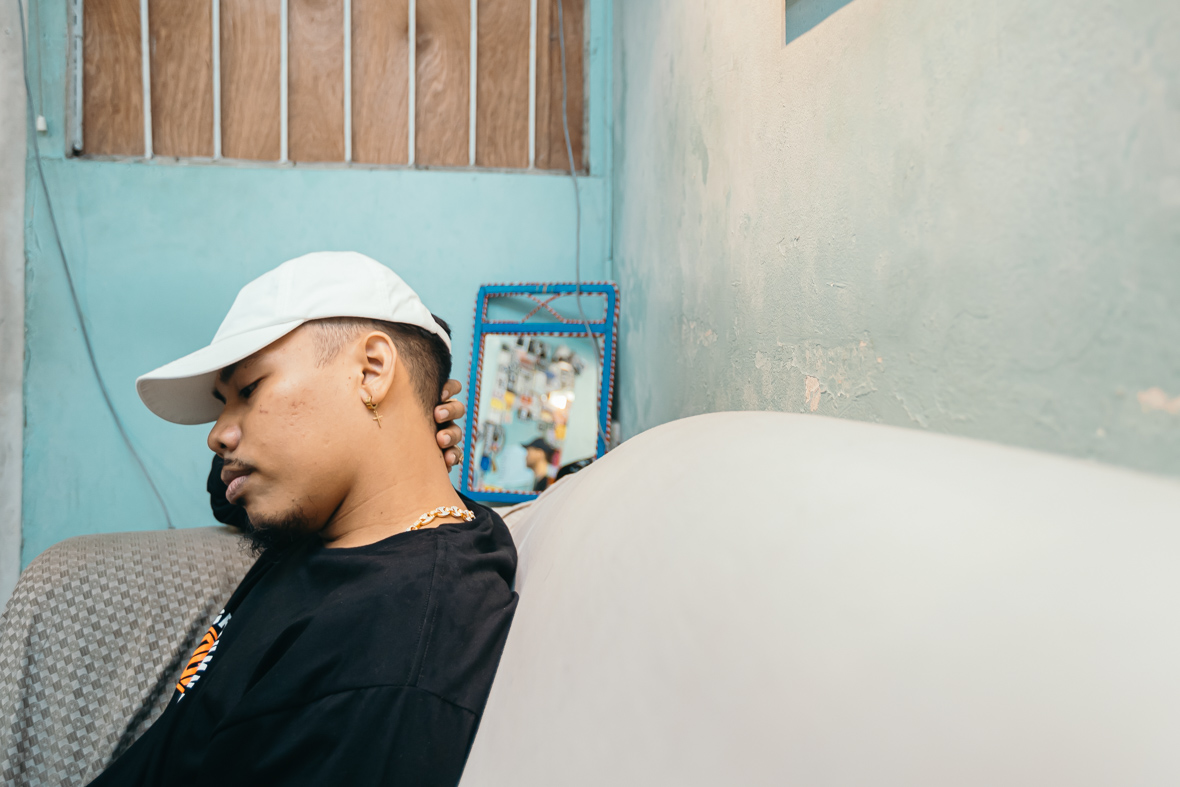 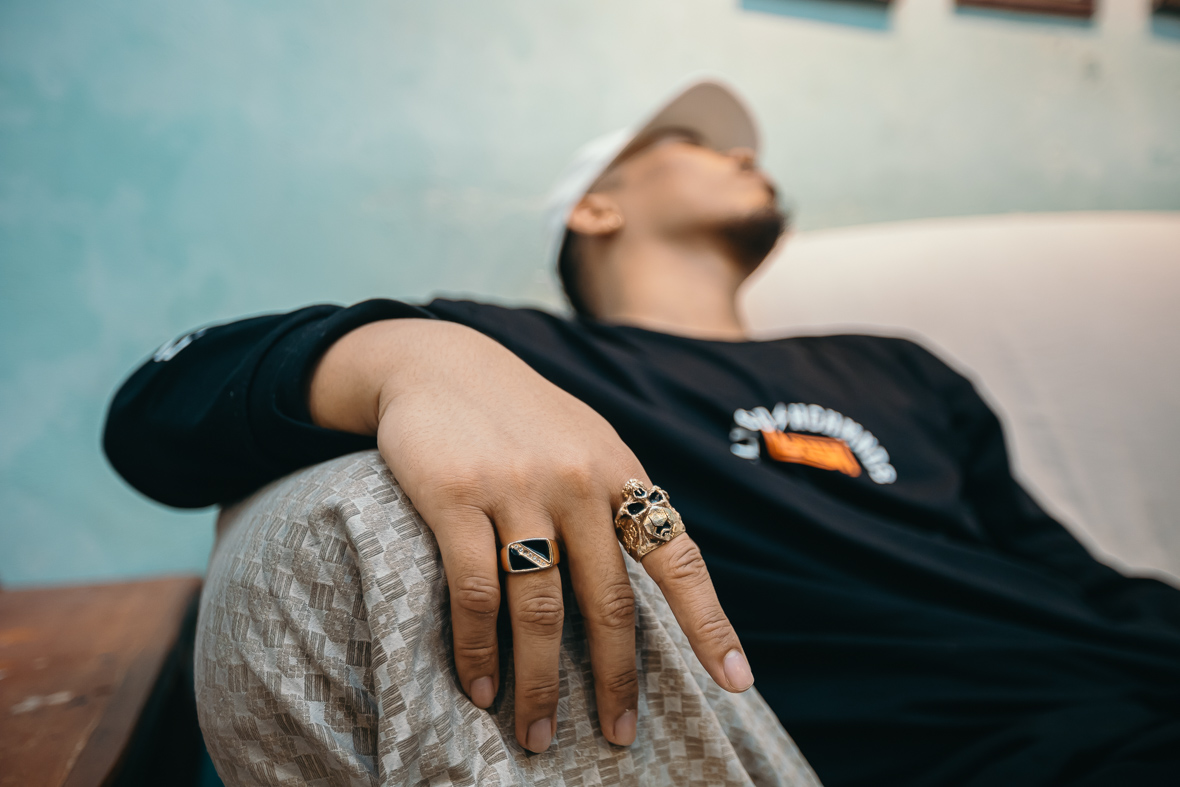 As a kid, James would run around to some of Manila’s cultural landmarks, like Cubao Expo and the now-shuttered music venue B-Side, both of which were incubators for the local hip- hop scene. Since he was raised near Ronac Art Center, their monthly open mic, Wordplay, was the most influential space for him. “It was a hub for creative kids, a safe space for us. Lots of people whose name you’d recognize now were coming around there. We were the little kids observing and following the older guys.” But James’s first introduction to hip-hop culture was through graffiti, and it was the glue that bonded him with some of his earliest friends, many of whom are still part of his current crew Baryo Berde. “We were vandalizing some of the same doors and stuff,” he says with a laugh while getting a haircut from another childhood friend. “It was like, ‘Oh, that’s you? What’s up!’”

It wasn’t until 2012 that James actually started rapping, standing in the stairwells at his college and “cyphering,“ taking turns rapping together. He was studying advertising at a fine arts school, but he and his friends were more interested in rap: “We were recording some tracks for fun and releasing them on Soundcloud just for the homies, basically. I was rapping under the name AJ. Our first group was called The Land Of Promise. We’d talk about Filipino history, what life is like here, and why you should be proud. Our second group was 5th Wave Theory, and we actually wrote an album.” But in their final year at school, everyone got busy, and rap took a back seat. While they’d still cypher at night when hanging out, their first jobs after school were more important. 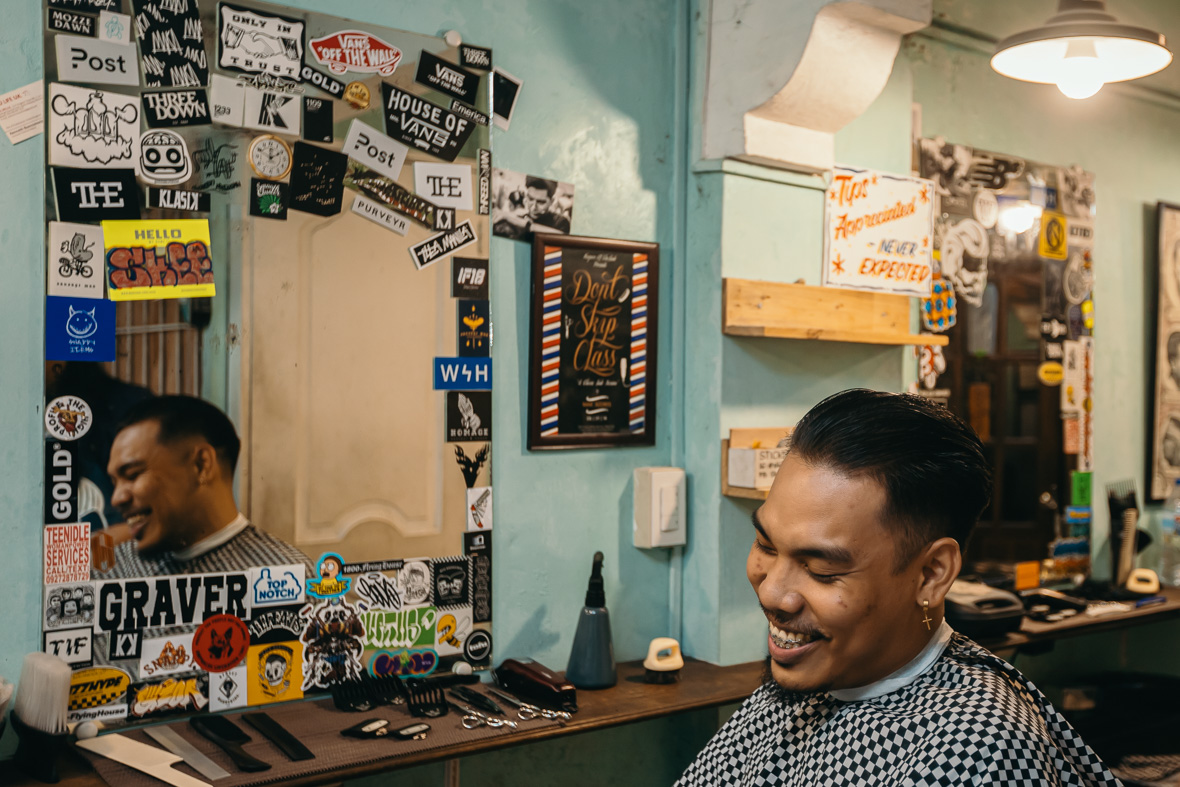 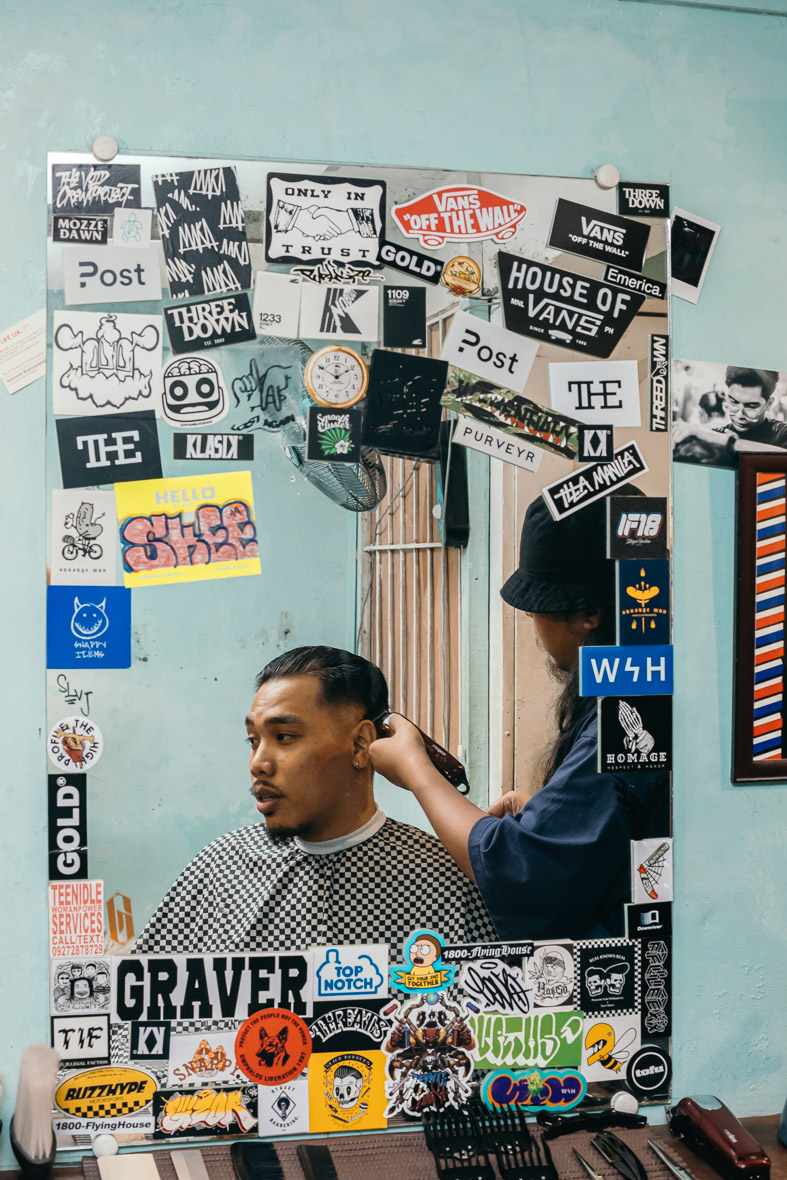 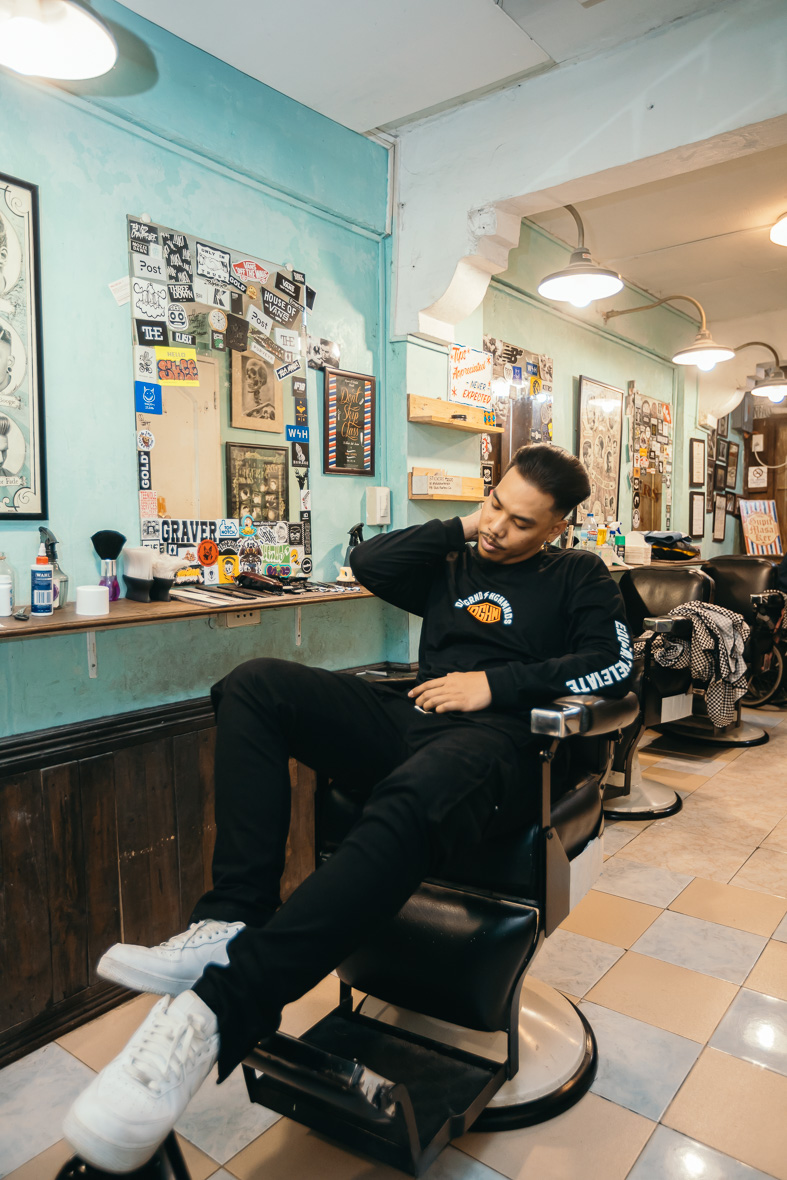 In 2015, the Al James persona came to life. He was only popping up as the occasional featured guest on friends’ tracks, but James could smell change in the air and was acting on it. “This is around the time that rap groups like 727 Clique and Owfuck were coming out,” he tells us. “When I first saw them perform, it was like culture shock. The kids were going crazy. It was a rooftop party and the whole thing was shaking. The police came and shut it down. Before that, we were used to chill, head-bopping crowds. This was totally new.” It inspired him to start experimenting and he recorded a few new styles, trying out some boom bap and some disruptive trap. But it was the lo-fi, chill sounds of “Pahinga” that he finally chose to upload. (The title translates roughly to “chilling out.”) 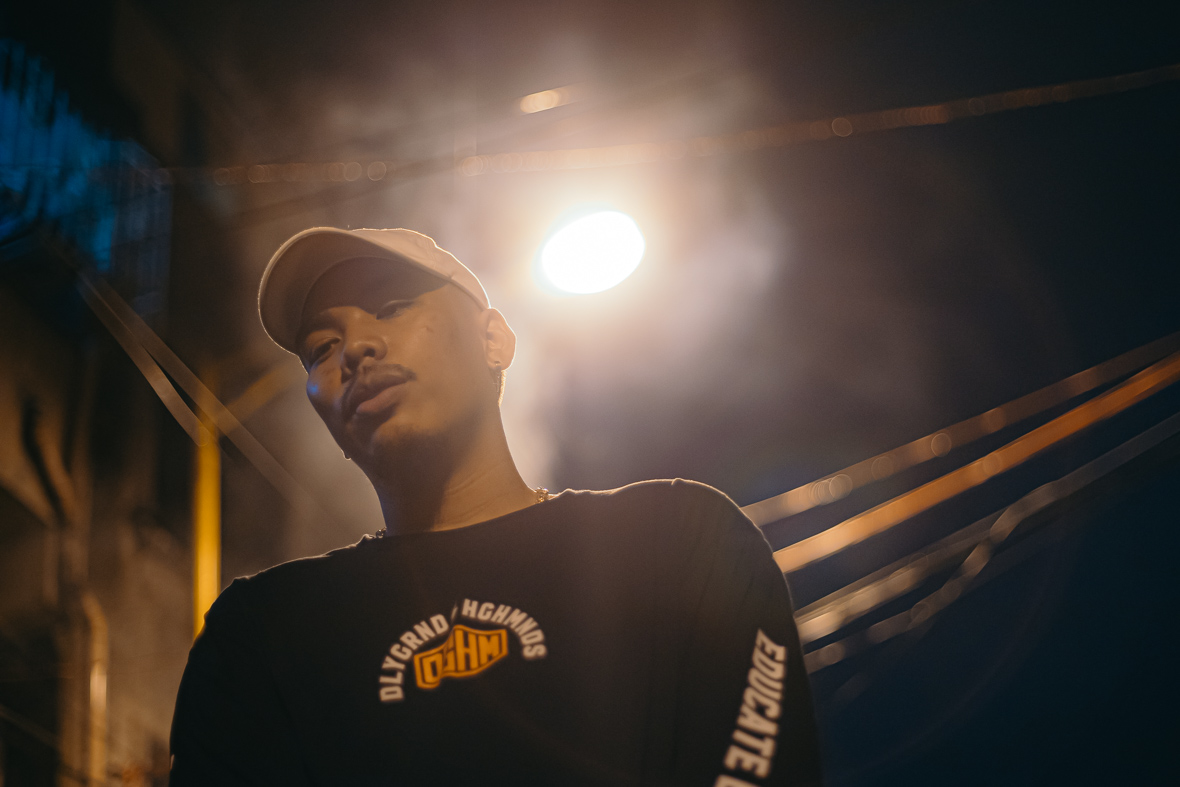 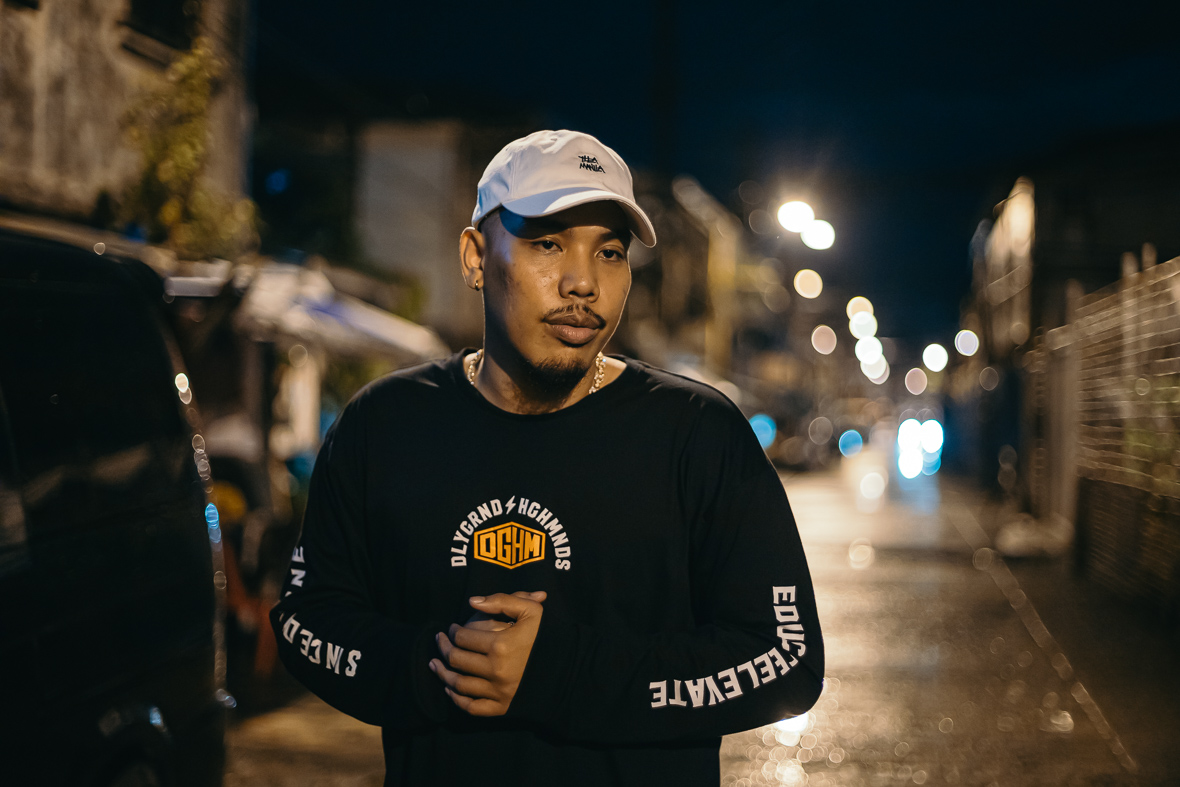 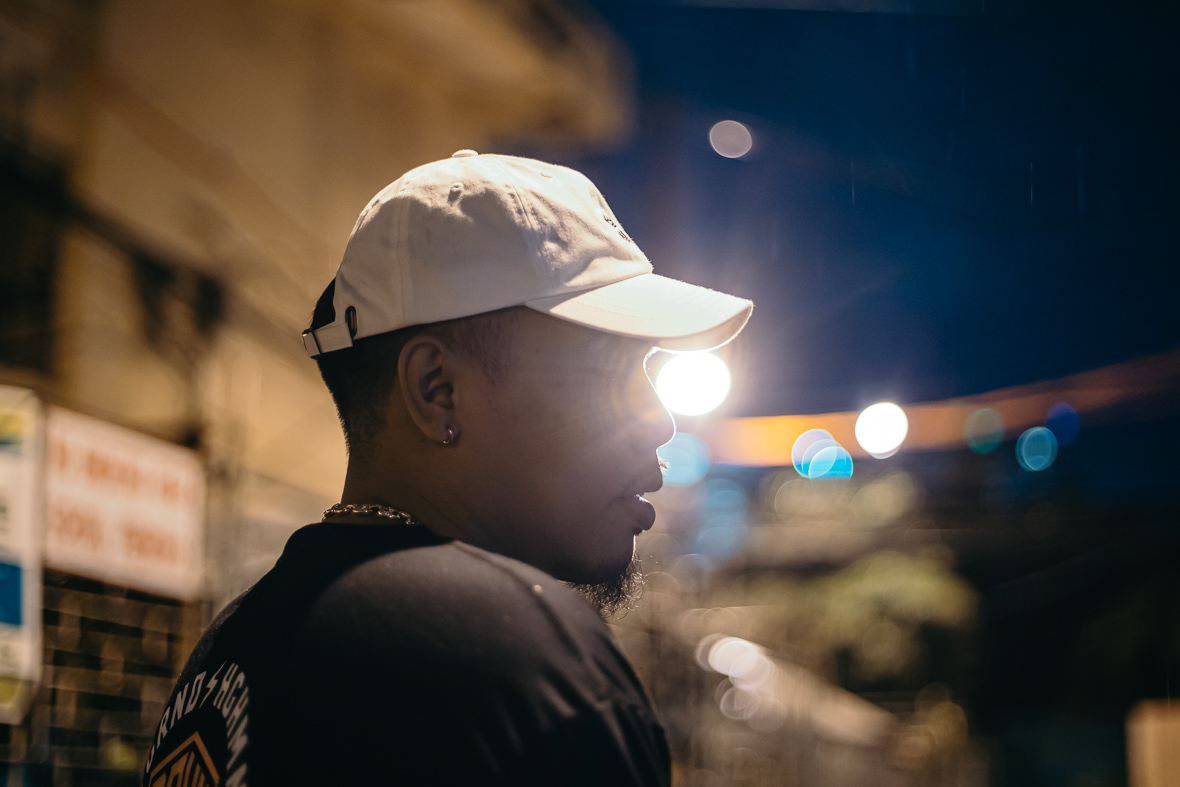 “I didn’t expect it to explode,” he says. And it didn’t at first. “Pahinga” gained traction slowly on Soundcloud. In the beginning it was mostly his artist friends playing and sharing it. But then it spread outside his circles. Although it never passed a couple hundred thousand plays on there, it was popular enough there that people started encouraging him to upload it to Youtube, where it took a life of its own. “Stuff wasn’t really blowing up on Youtube yet, but I did it anyway. It grew really organically. There were a lot of memes. People were ripping it from Youtube and adding it to different videos. Everything was happening at the same time, and it just snowballed.” 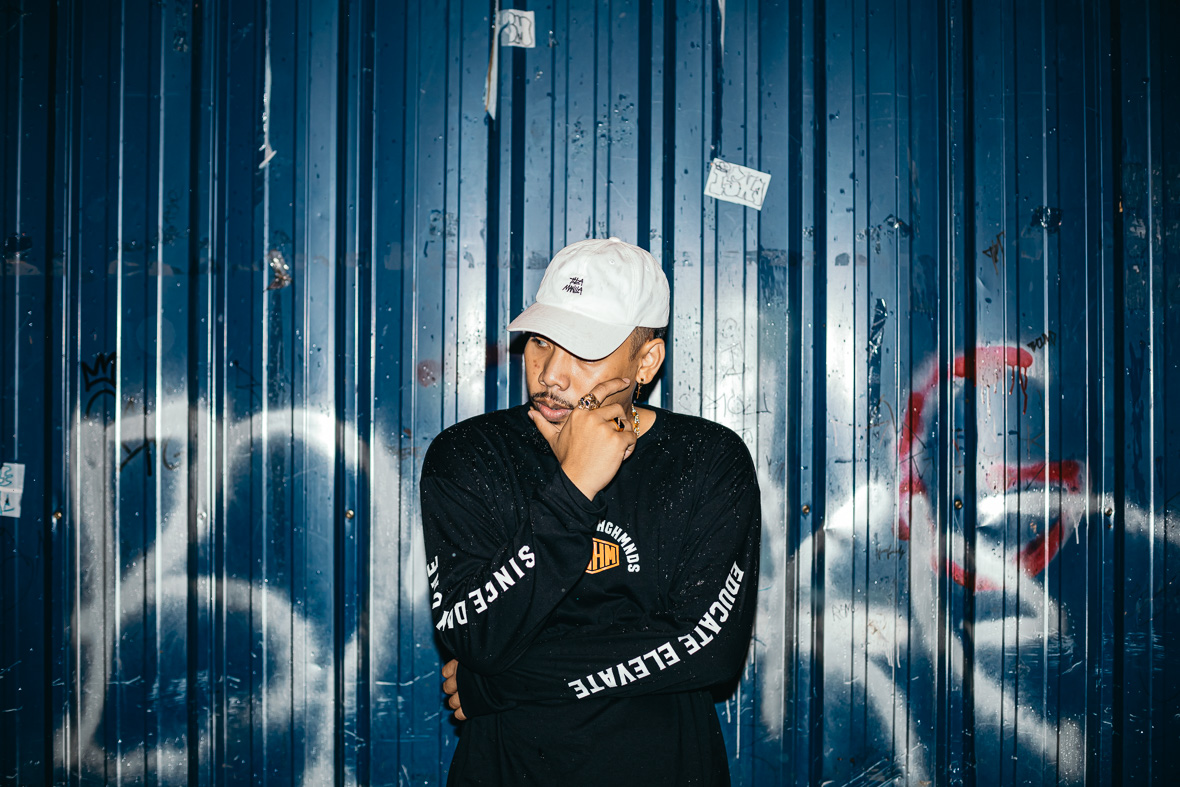 As he started getting booked to play shows, he quit his below-the-line advertising job. Al raps full time now, headlining festivals and events all over the country, still as independent as ever. “Some labels were reaching out, but the deals were pretty unfair. The music grew on its own, so I didn’t need them,” he shrugs. But he’s got to stay nimble. “With my newest song, ‘Latina,’ I tried a different approach. I was hearing a lot of similar vibes and I didn’t want it to deal with that saturation, so I switched it up. But the Al James flavor is still there.”