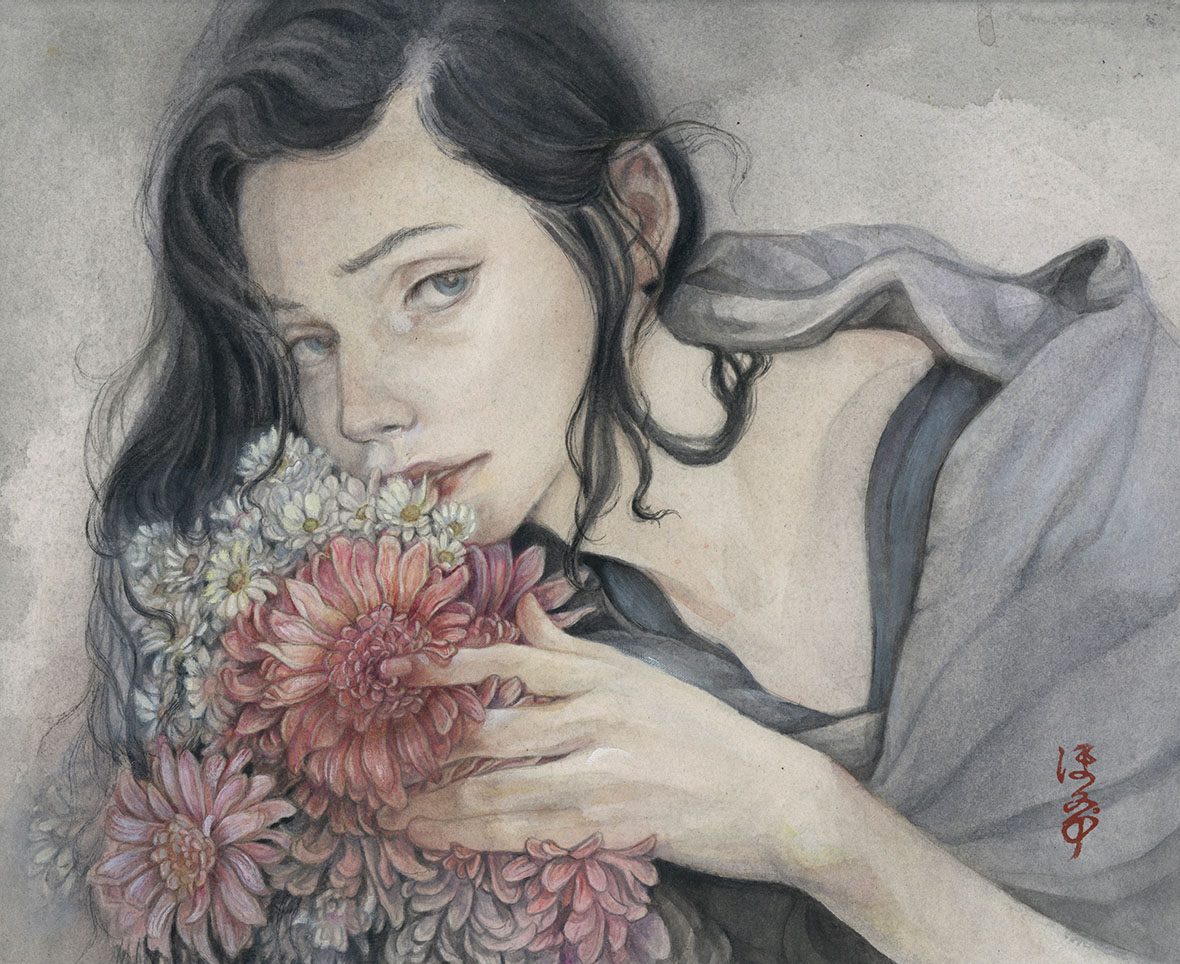 Tendrils of vines, blooming with florets, sprout across the canvas; a gang of wolves pounces from a flowering shrub with fangs bared, seemingly with an intent to maim; standing in the mist, a slim girl appears lost in reverie as a hummingbird draws blood from her outstretched hand—this is the world of artist Hope Doe. With refined brushstrokes and a dreamy color palette, her art is a calming meditation on the relationship between nature and mankind.

Born in the States, Hope Doe moved to Japan 12 years ago. A world wanderer since childhood, the countryside holds a special place in her heart. These are places where she can be most in touch with nature, and the rural prefectures of Japan are also where one of her fondest childhood memories took place—a day she spent playing catching and playing with frogs and tortoises. 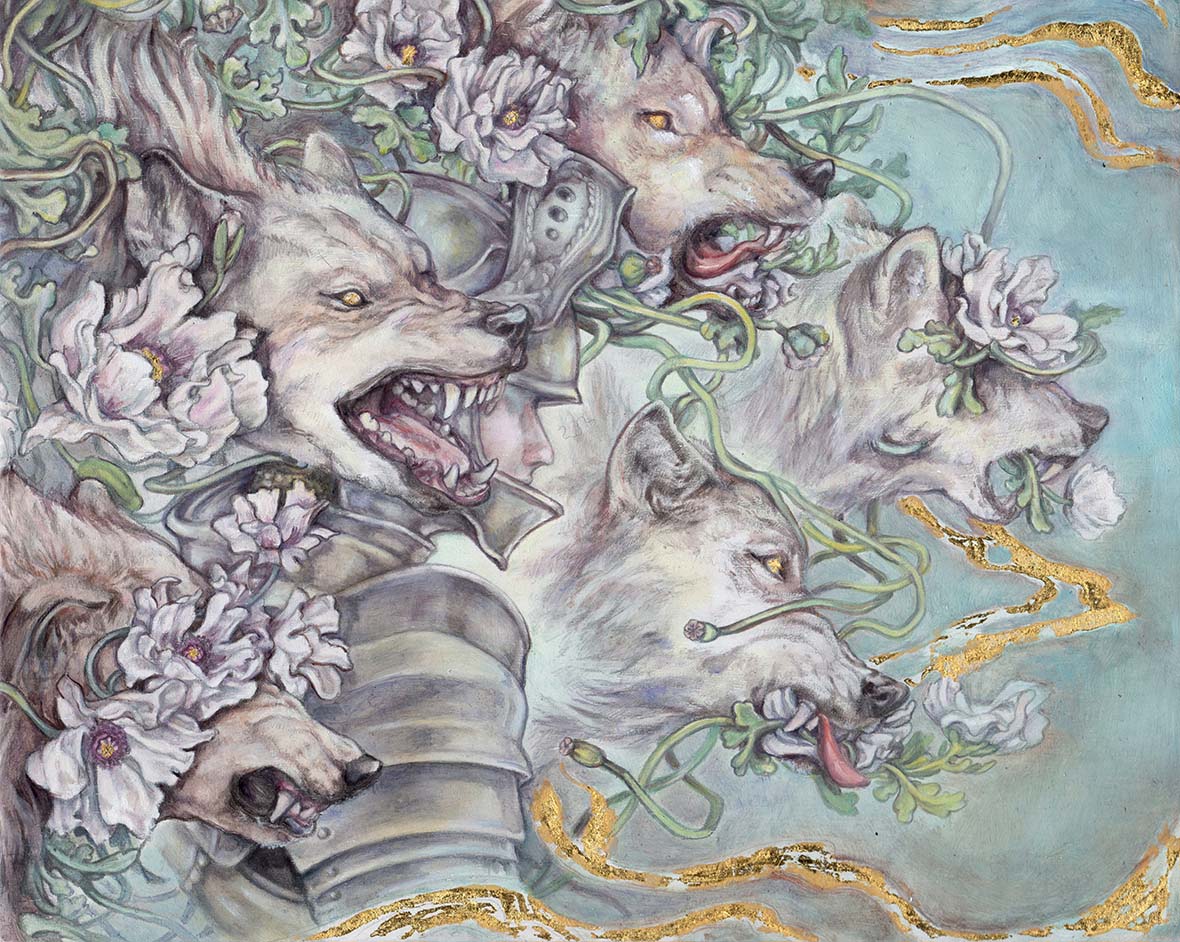 Nature and spirituality can be challenging themes to work with at times, but the difficulty has never deterred Doe. Her fascination with animals has kept her imagination honed to a sharp edge, and for those who know her, it doesn’t come as a surprise: growing up, she considered her pets to be some of her best friends. In high school, she even aspired to be a veterinarian.

“My favorite animals are wolves,” she shares. “They have a strong family structure—relying upon yet fighting with one another.” In a way, she spots many parallels between wolf behavior and human nature. Though civilization has dulled our primitive impulses, Doe believes they still exist in different forms within humans today.

To step back and see the broader themes of  Hope Doe’s work will reveal that she doesn’t view the natural world and humans as separate entities. Instead, she sees them as different parts of a whole, and by placing them side by side on her canvases, her art takes on a certain dreaminess. 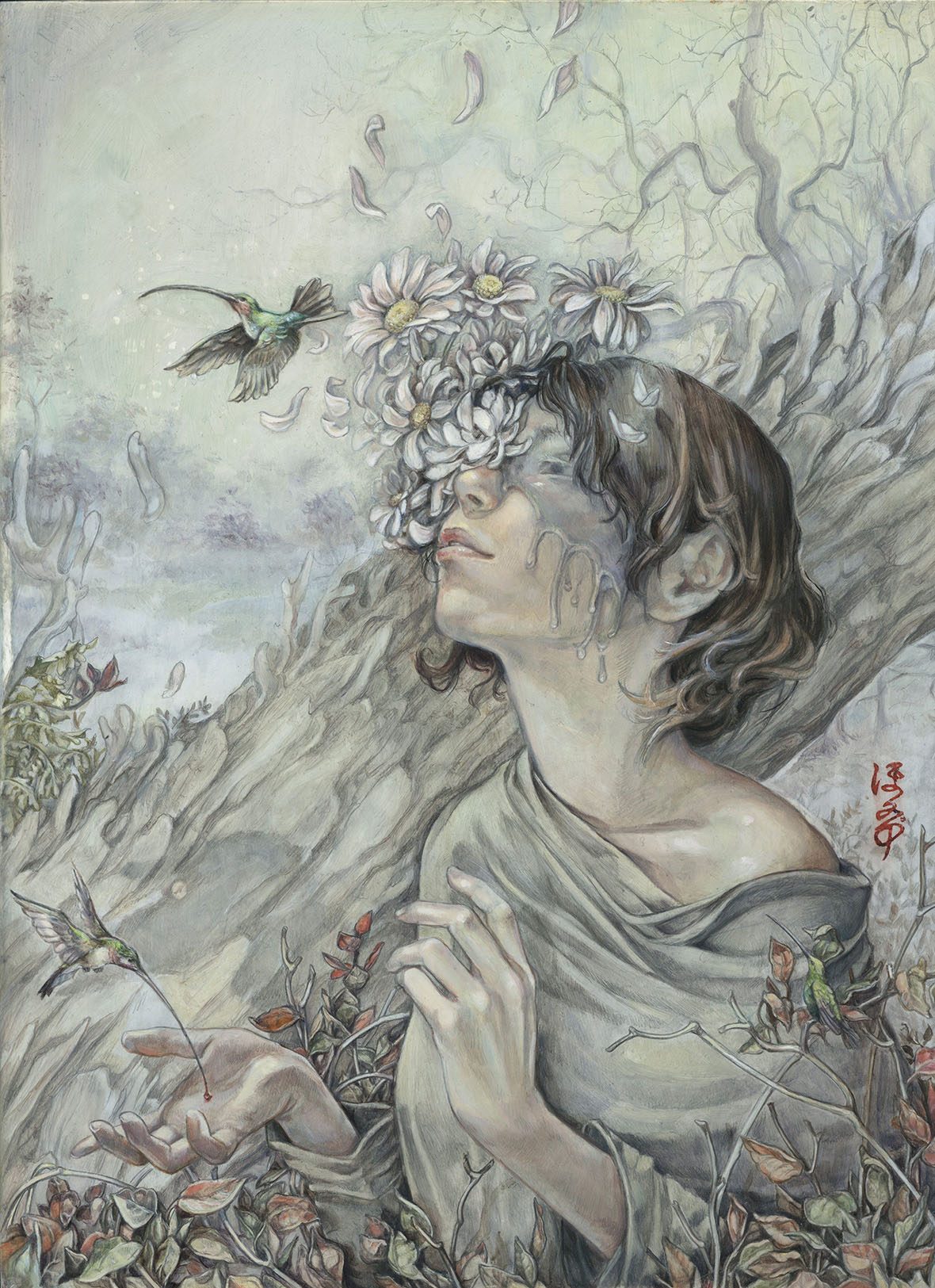 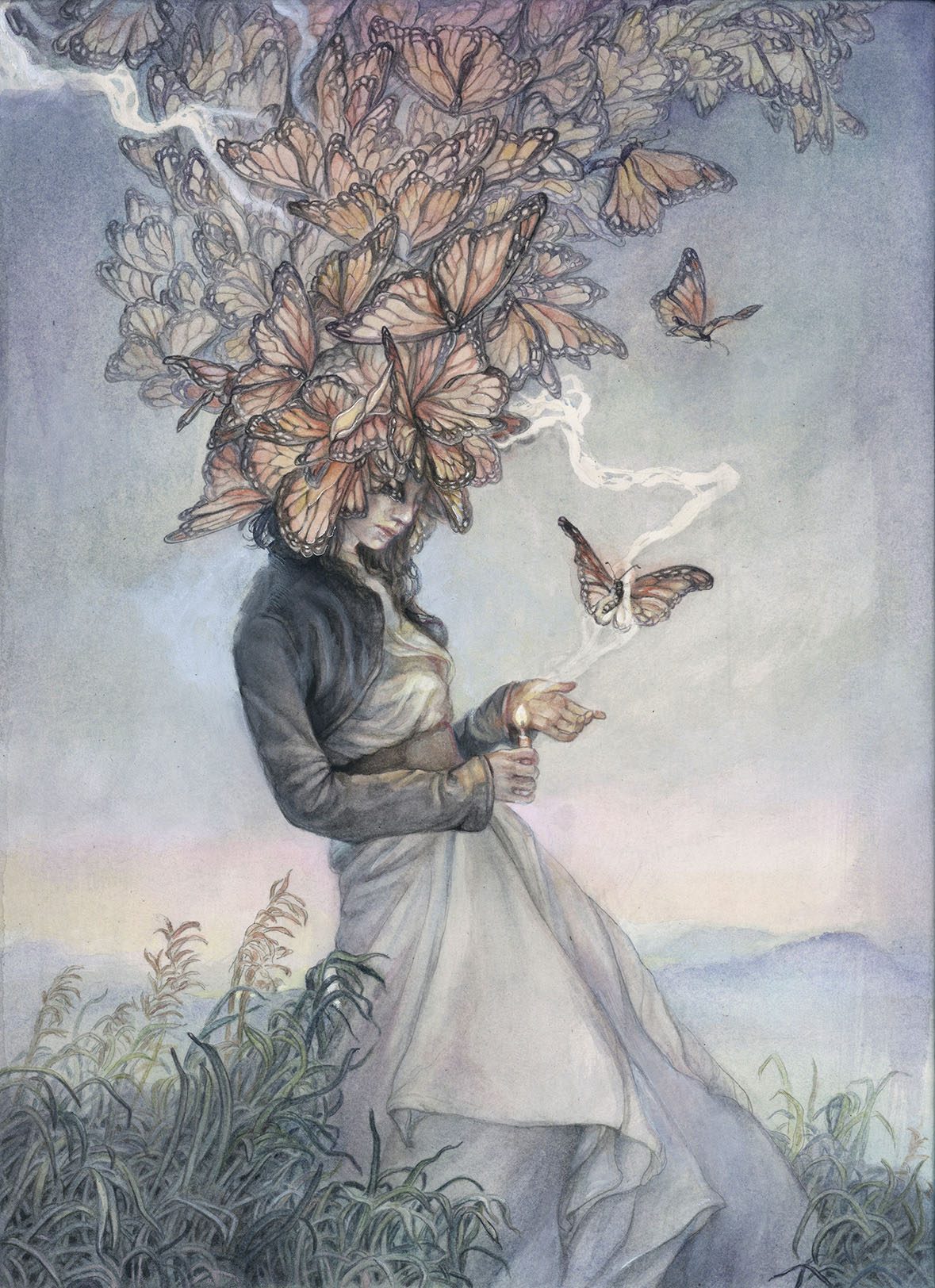 “I want to invoke a sense of wonder in my viewers, and force them to question what they’re seeing,” she says. “At the same time, I want people to understand that mankind and nature are one and the same. Lately, I feel like we as a species are drifting further and further apart from nature and losing empathy towards it.  Some people don’t realize how much we need the natural world to survive. This codependence is what I strive to highlight in my work.” 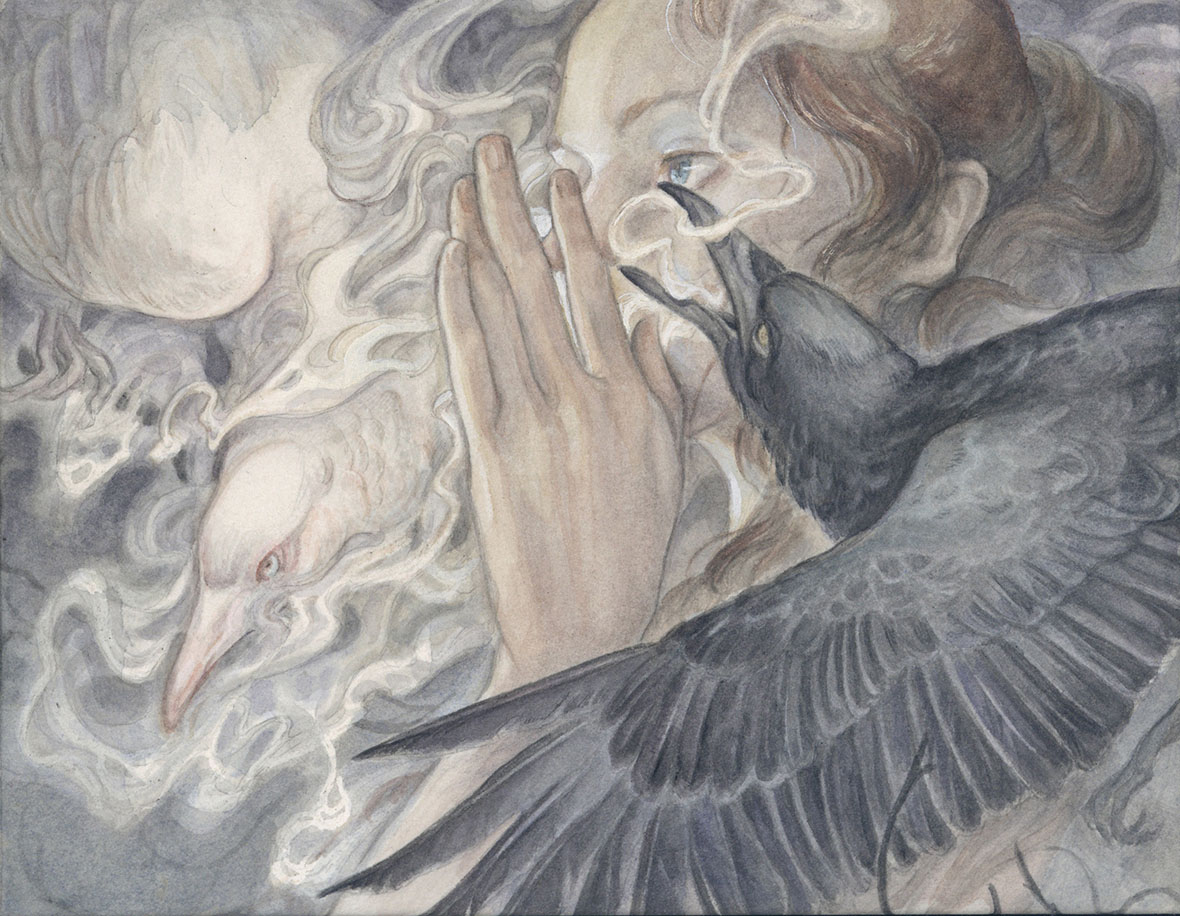 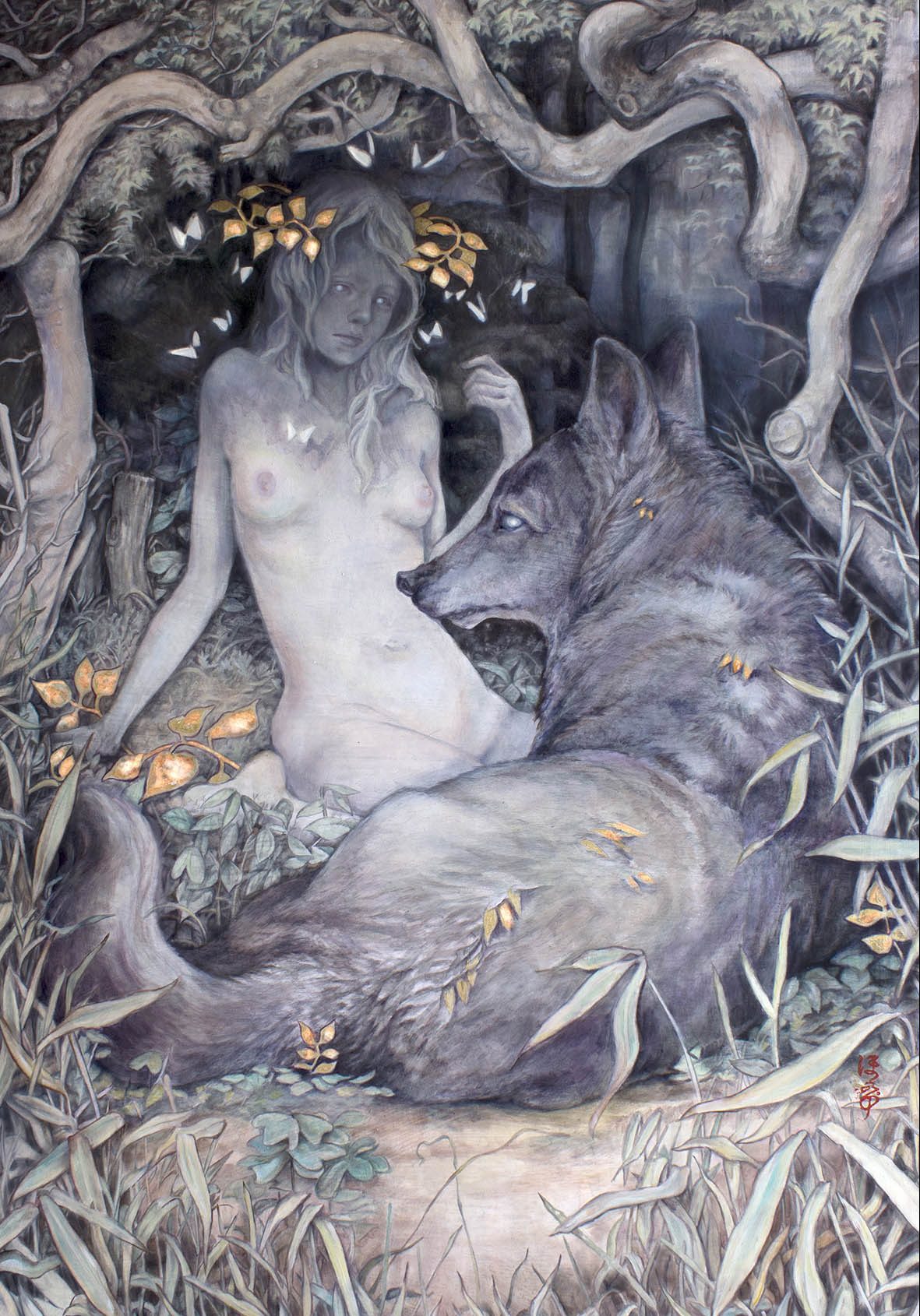 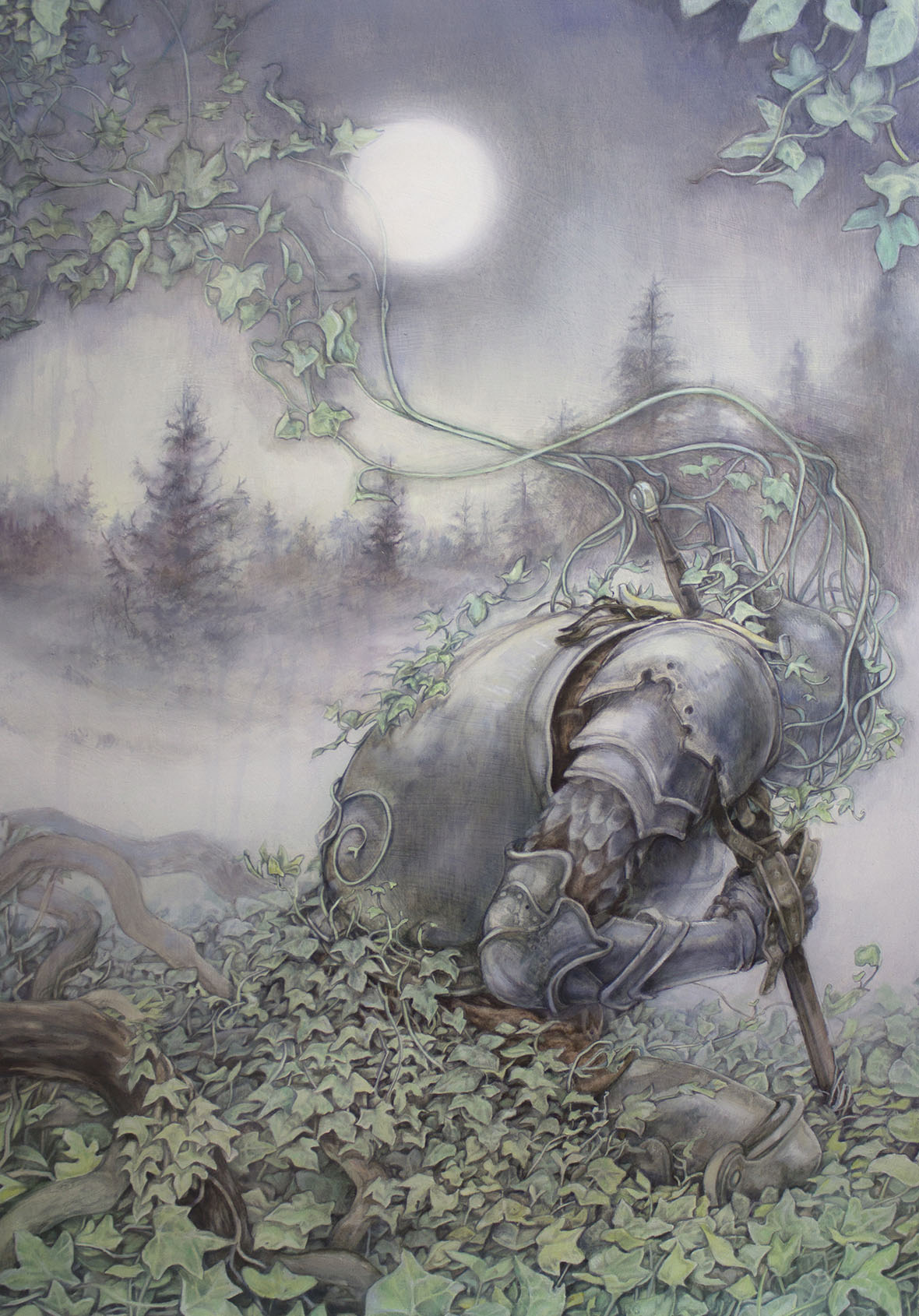 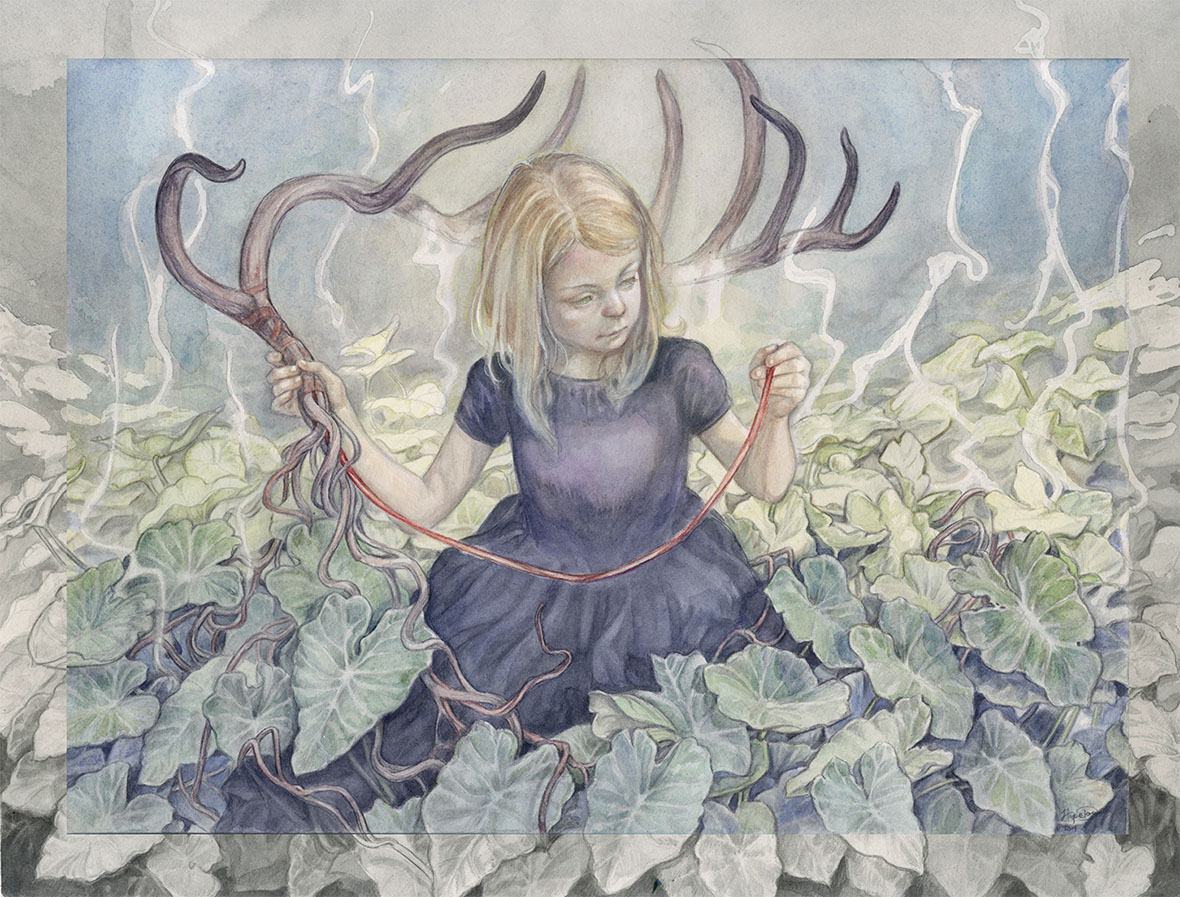 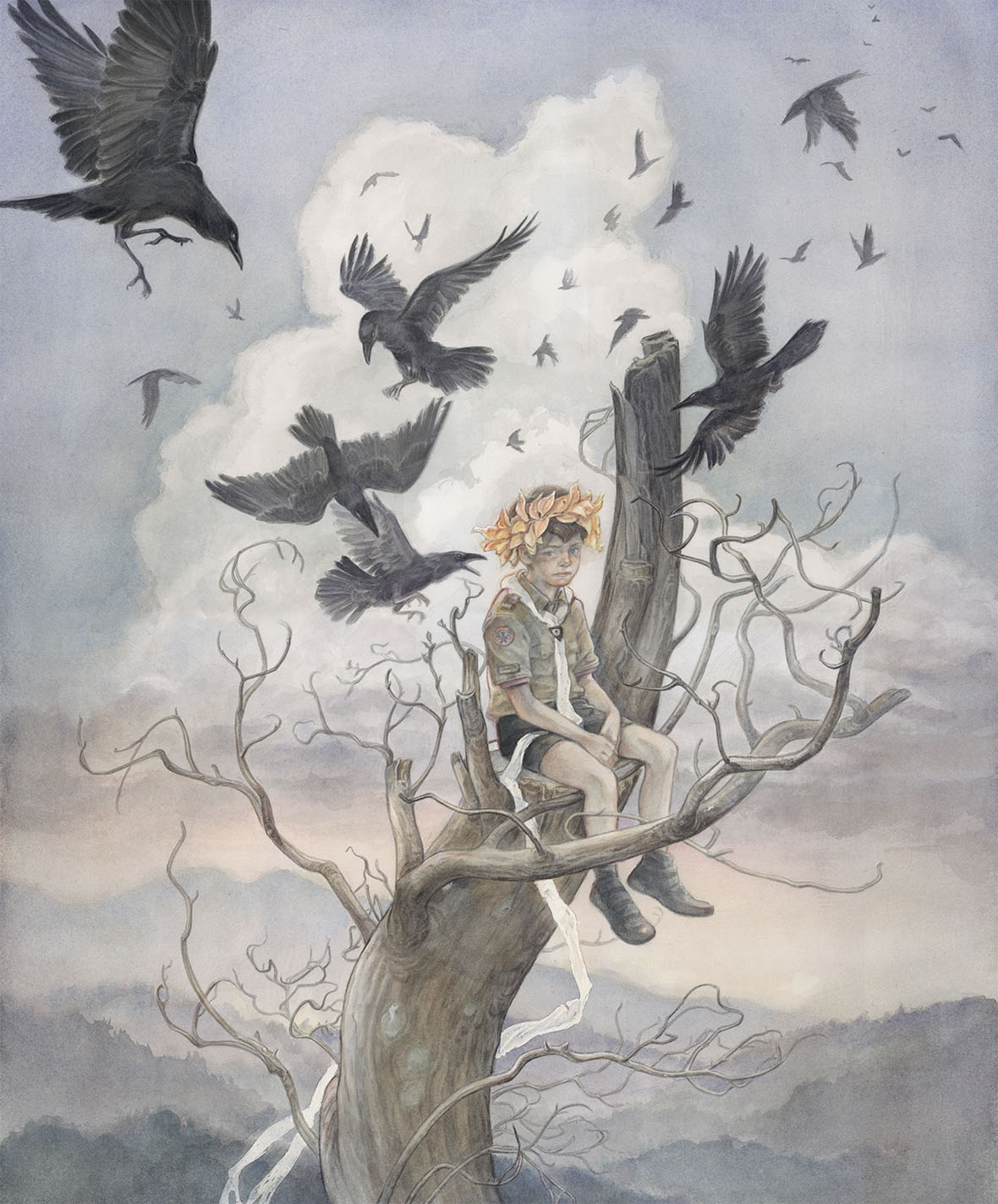 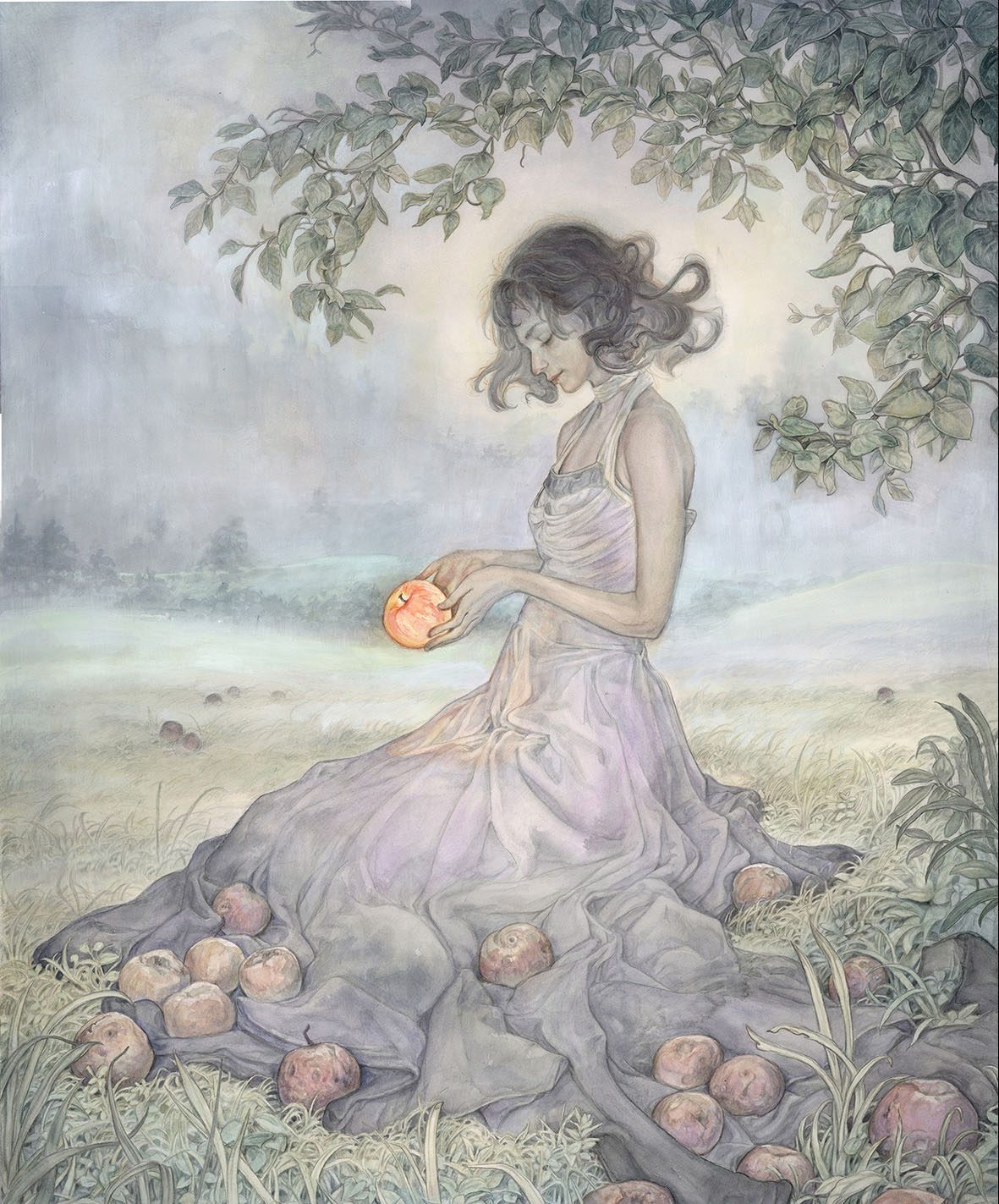 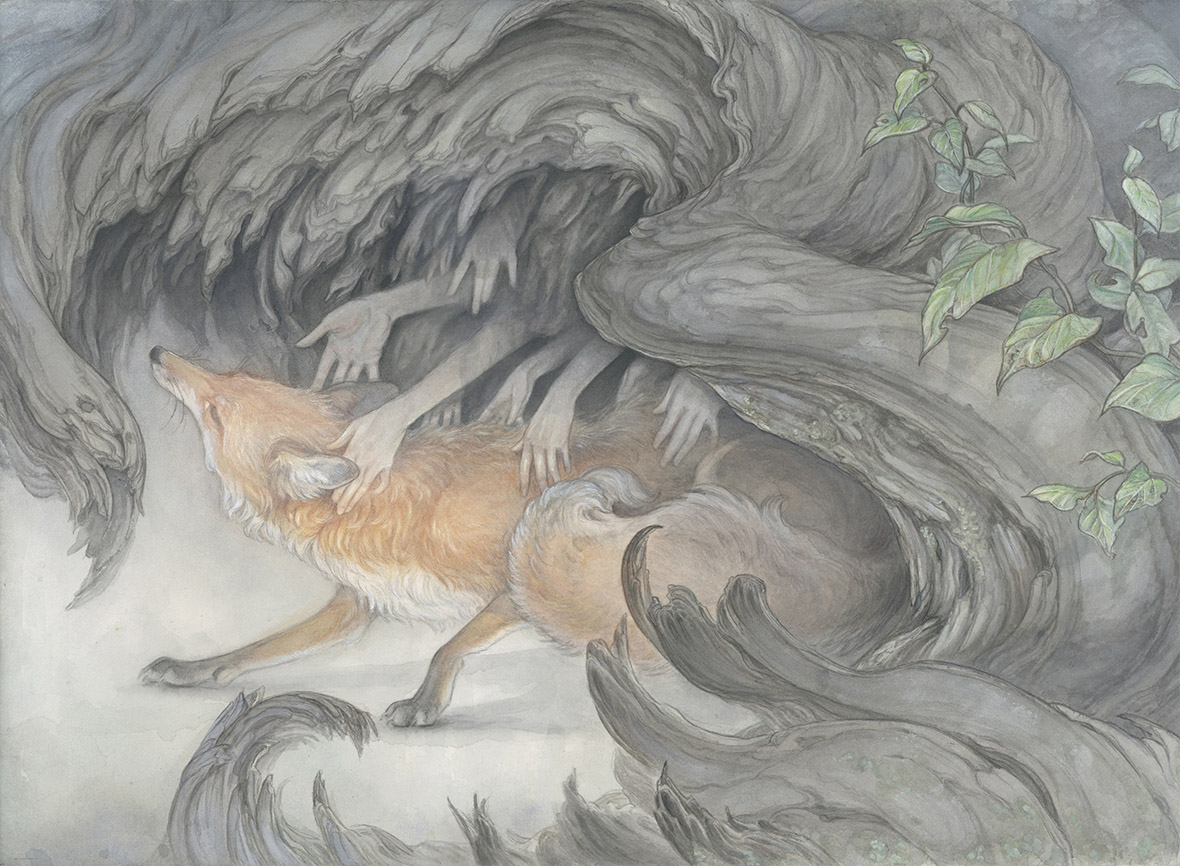 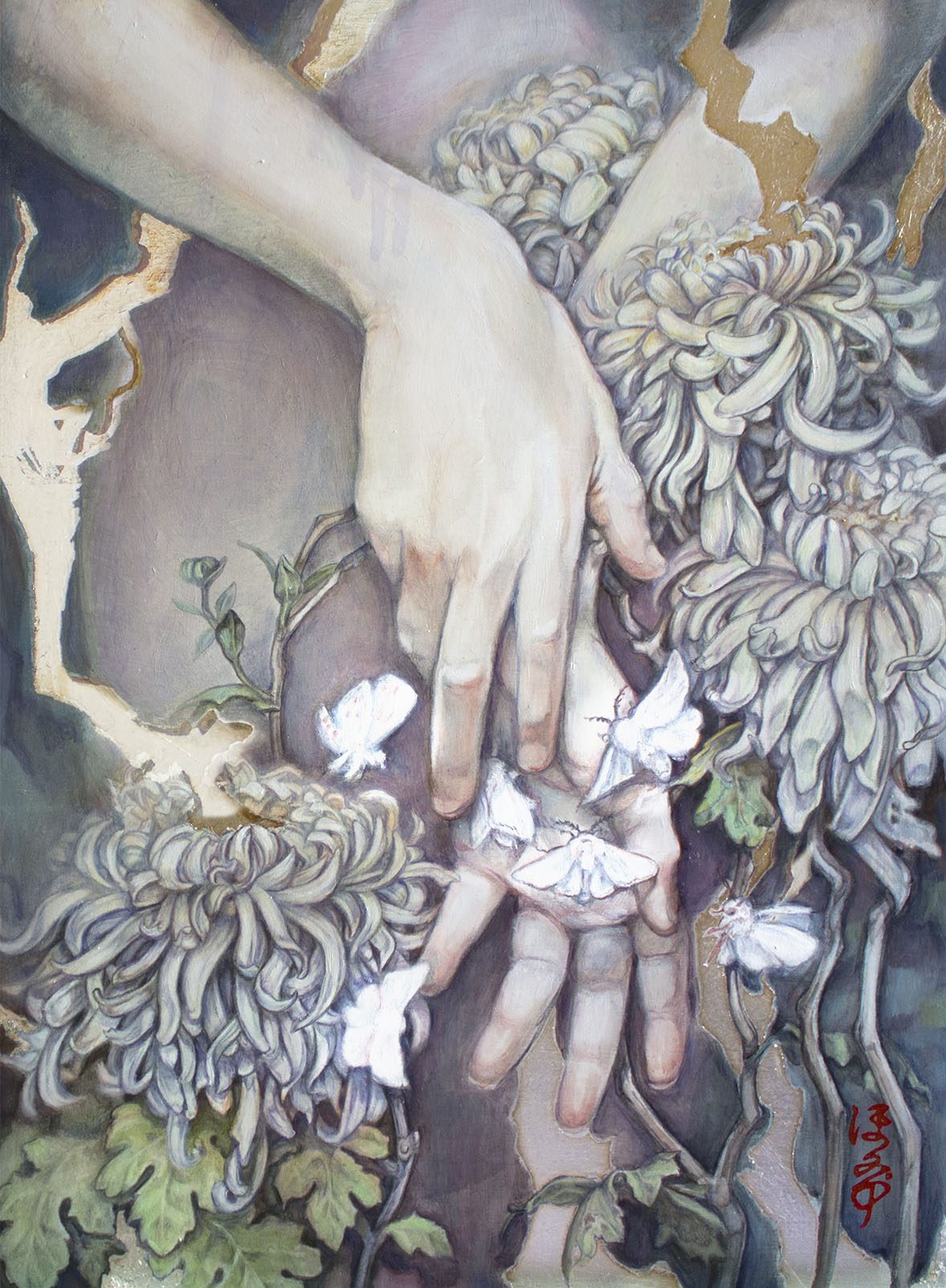 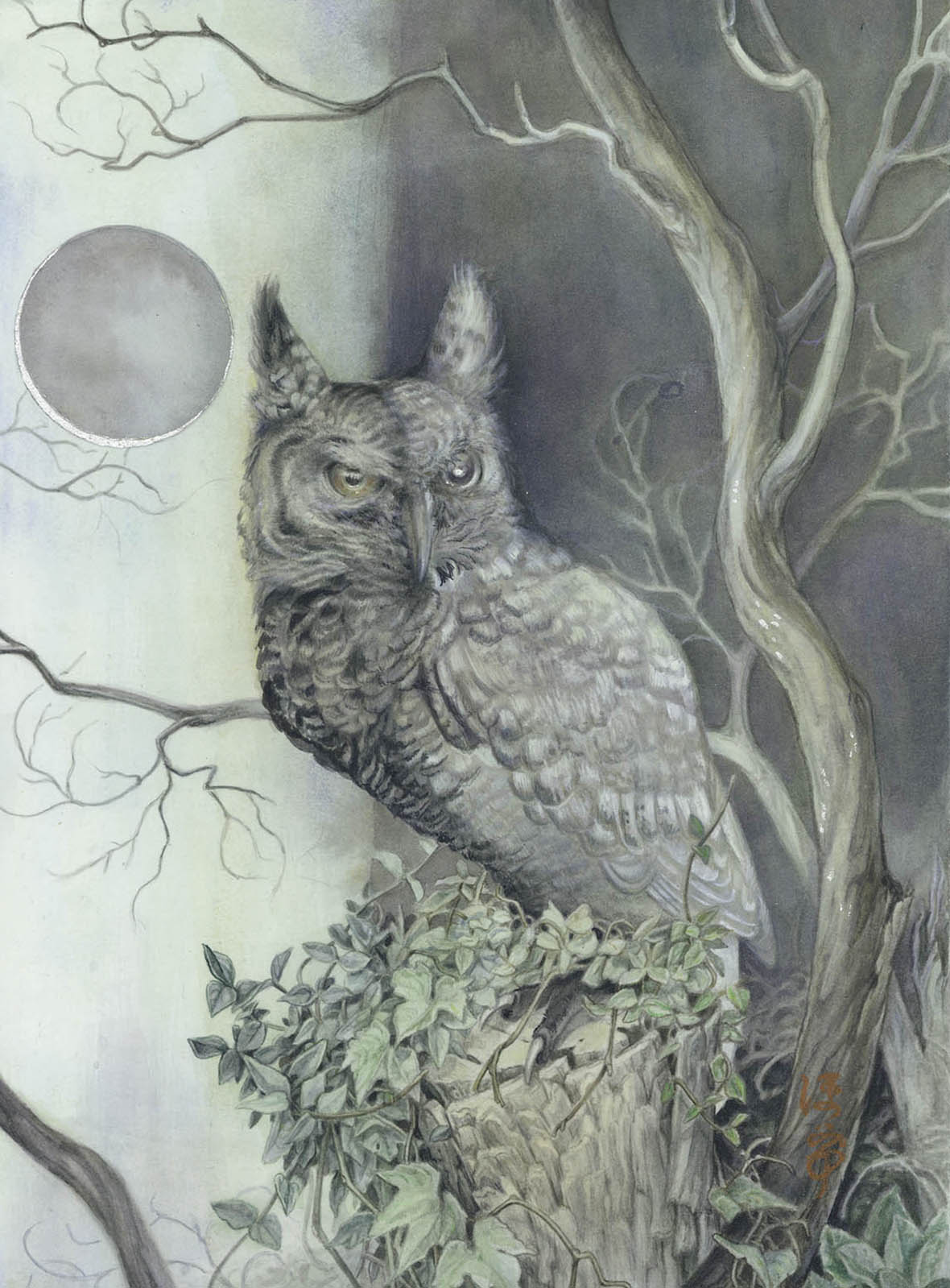