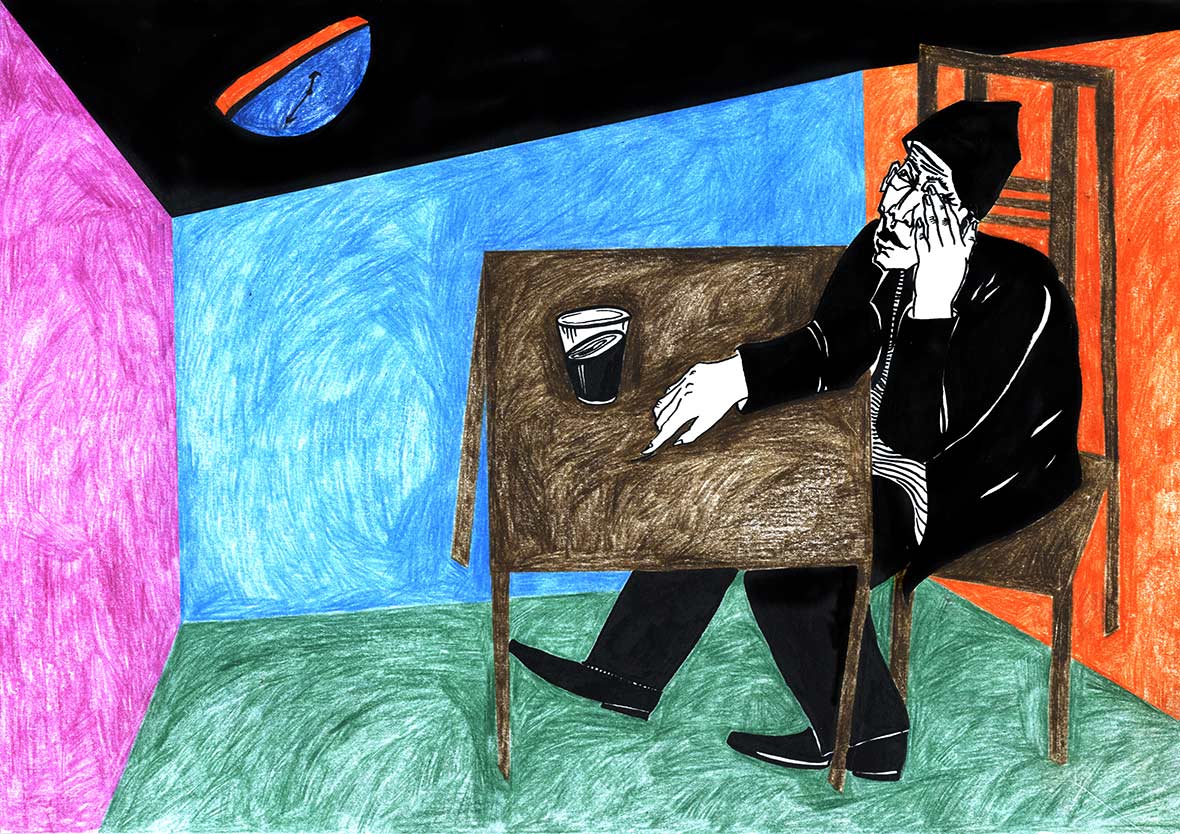 Born in Jinan in Shandong province, Li Shuai is a graphic designer and illustrator who is now currently based in Shanghai. She works full-time as a graphic designer, but in her free time, she creates colorful pencil and ink illustrations as a means of expressing her personal emotions and views. Her artwork is often a reflection of her daily life, inner thoughts, as well as feelings towards various worldly issues. Li Shuai’s goal is to make people think more with her visual stories. Her collection of work includes Someone and FLASH ACTION, along with her educational children’s books Veruca’s Home and A First Book of Hairstyle. 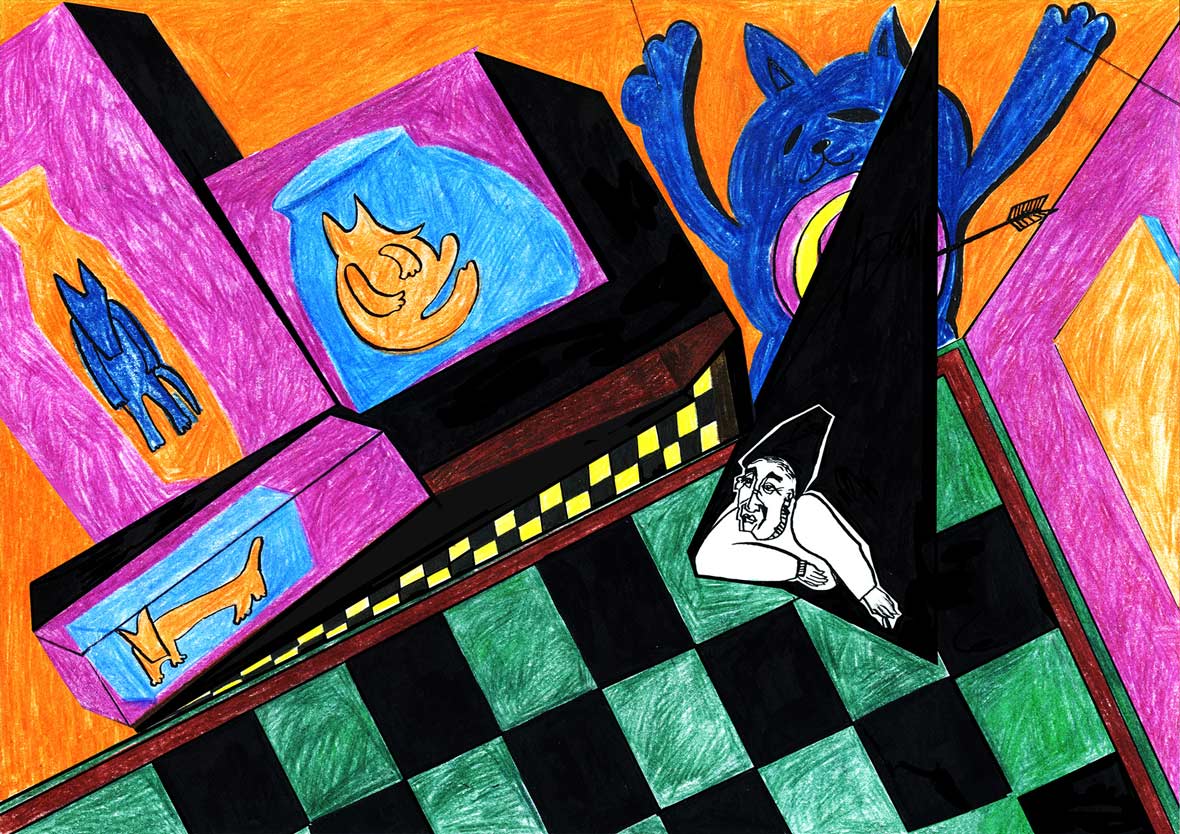 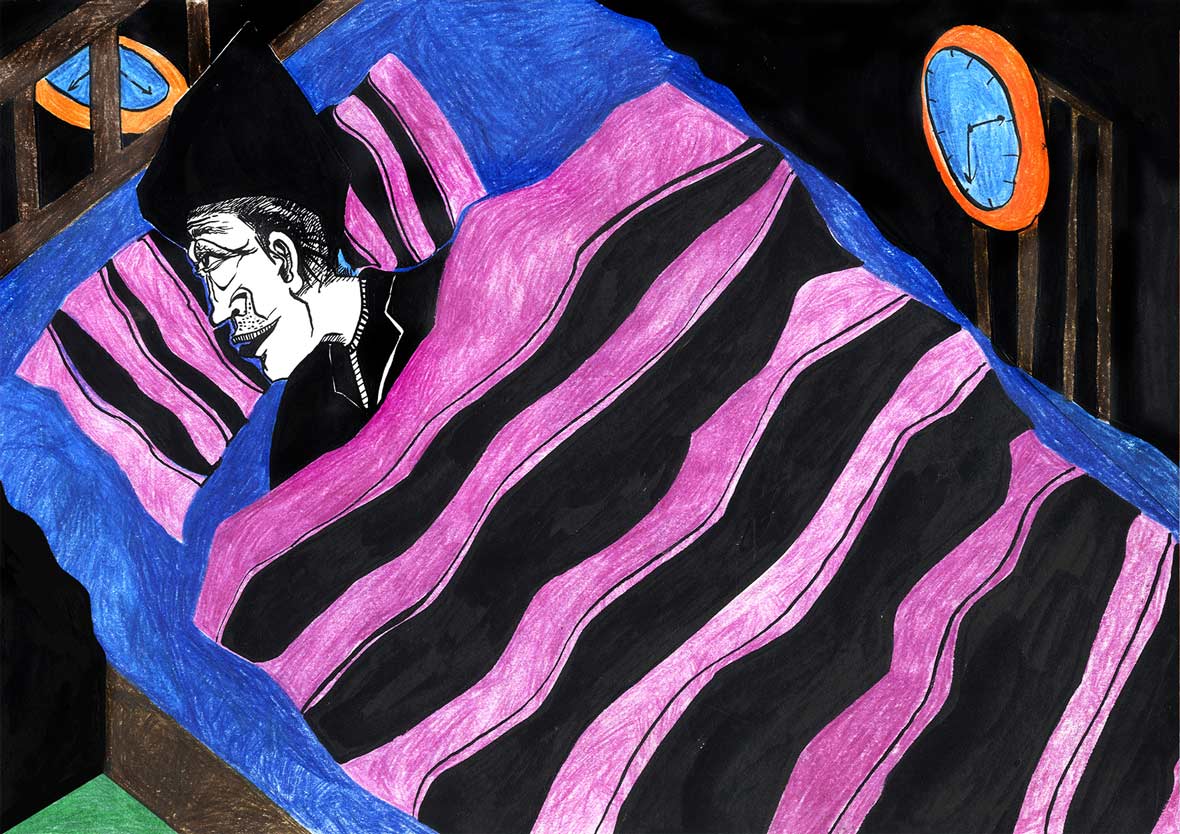 After graduating from Northeastern University in 2011 with a degree in graphic design, Li Shuai decided to move to the UK. There, she continued her studies of graphic design and illustration – first at Kingston University, and then later at the Edinburgh College of Art. In her first year of living abroad, she met a Portuguese illustrator. This new acquaintance showed her a side of painting she’s never seen before. She no longer dwelled on the techniques of other artists, their content matter, or subject, but rather started creating from her heart with a focus on feelings and emotions rather than the technical aspects. Her mentality shifted and saw the process of creating art more as a means of self-expression, which led to her following a mantra of “BE MYSELF!” Around this time, she began to sit in on illustration classes and attending more workshops. This was when Li Shuai met Robin Harris, a professor of illustration, who then became a mentor to her. “He provided me a lot of information, and a back-and-forth with him through e-mail helped me solve a lot of problems,” she says. It was during this time when Li Shuai first began her official foray into the world of illustration. 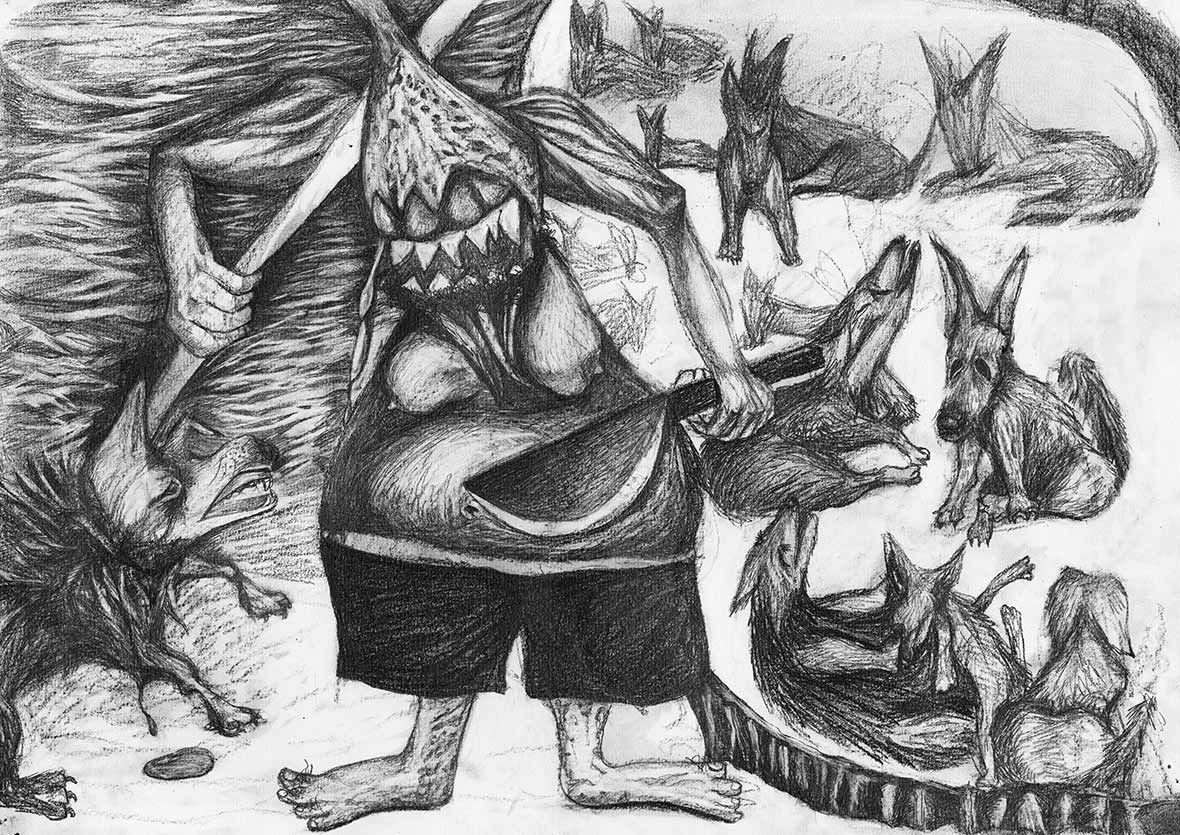 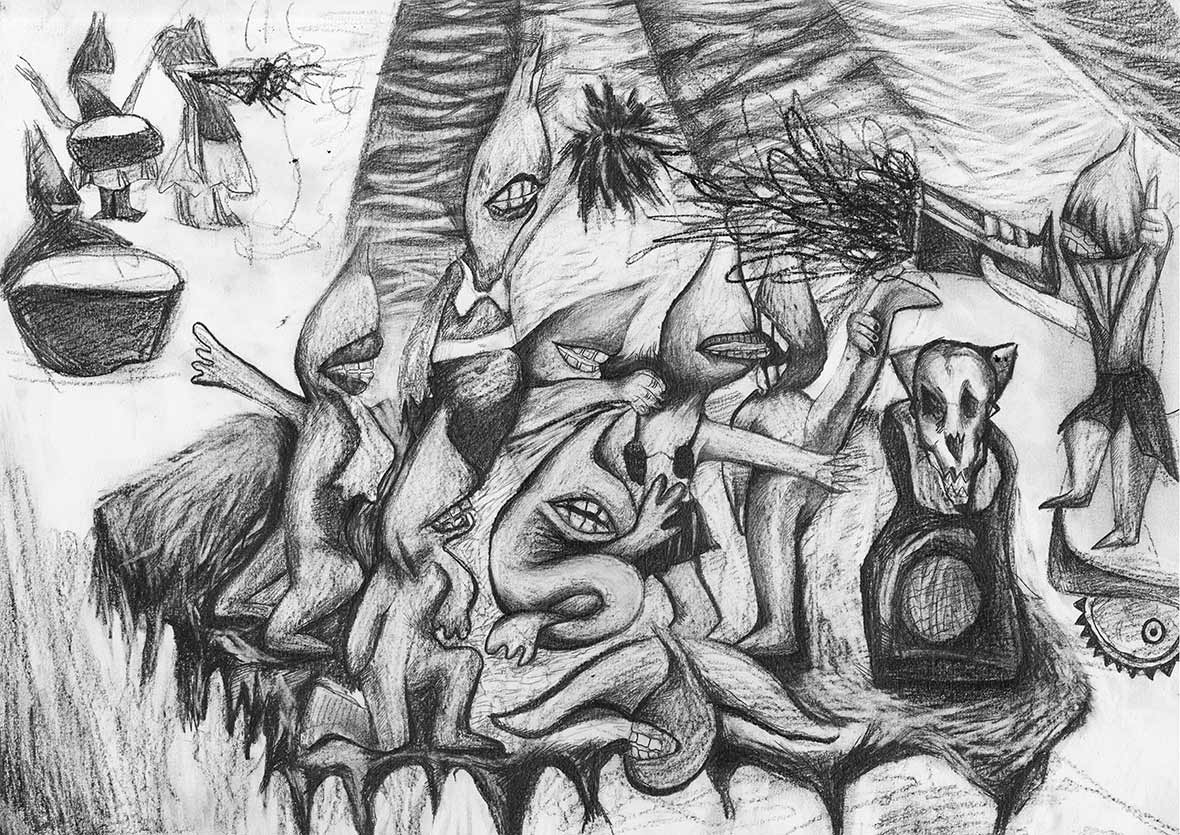 In the beginning, children’s picture books were the first thing that appealed to her. She says, “The picture books for young kids in England are really interesting. They explore a variety of subjects, and some even tell strange and horrific stories in a cutesy and charming way. This was what attracted me to them.” At the same time, she was interested in hairstyles, and researched the interesting characteristics of different styles of hair in Egypt, Greece, France, among other European countries. And thus her interactive children’s illustration book A First Book of Hairstyle came into being. This project made her realize she enjoys illustrative projects that takes a lengthier amount of time to complete. “This way, I can dig deeper into my own mind and produce something that more people will find interesting,” she explains. 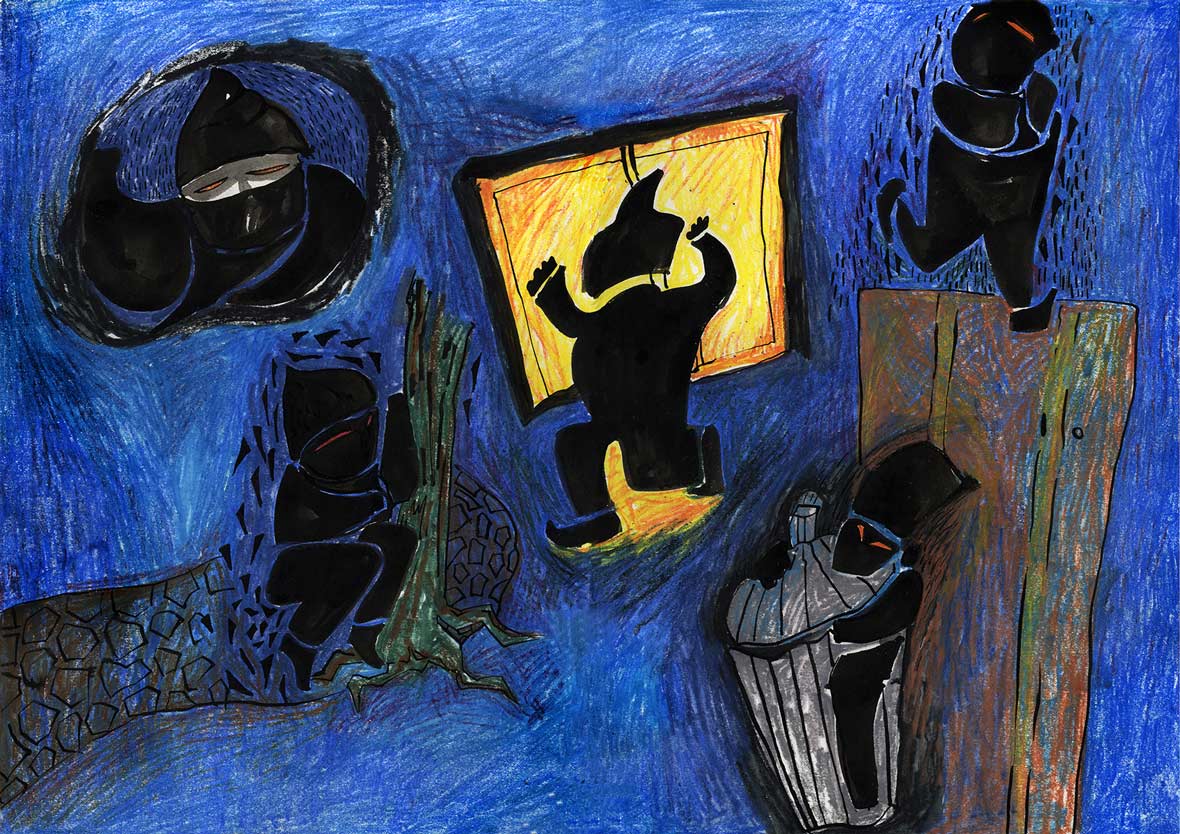 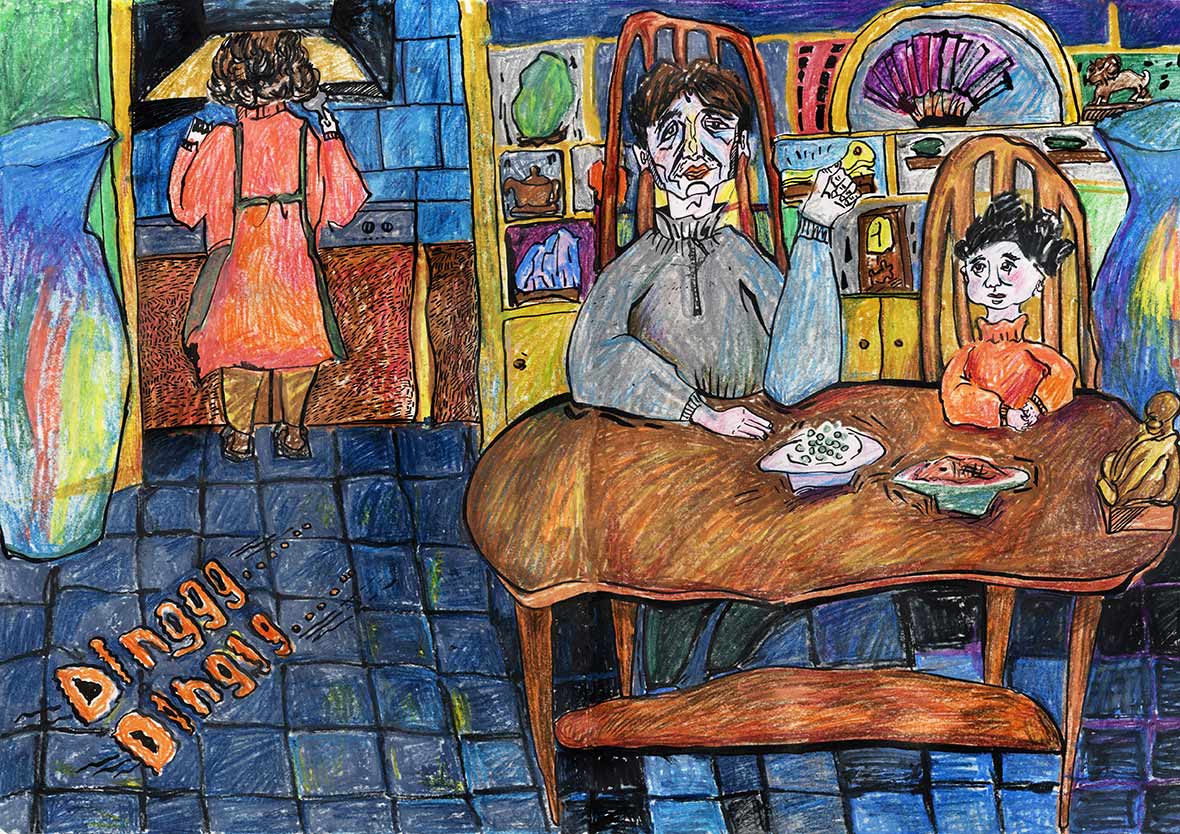 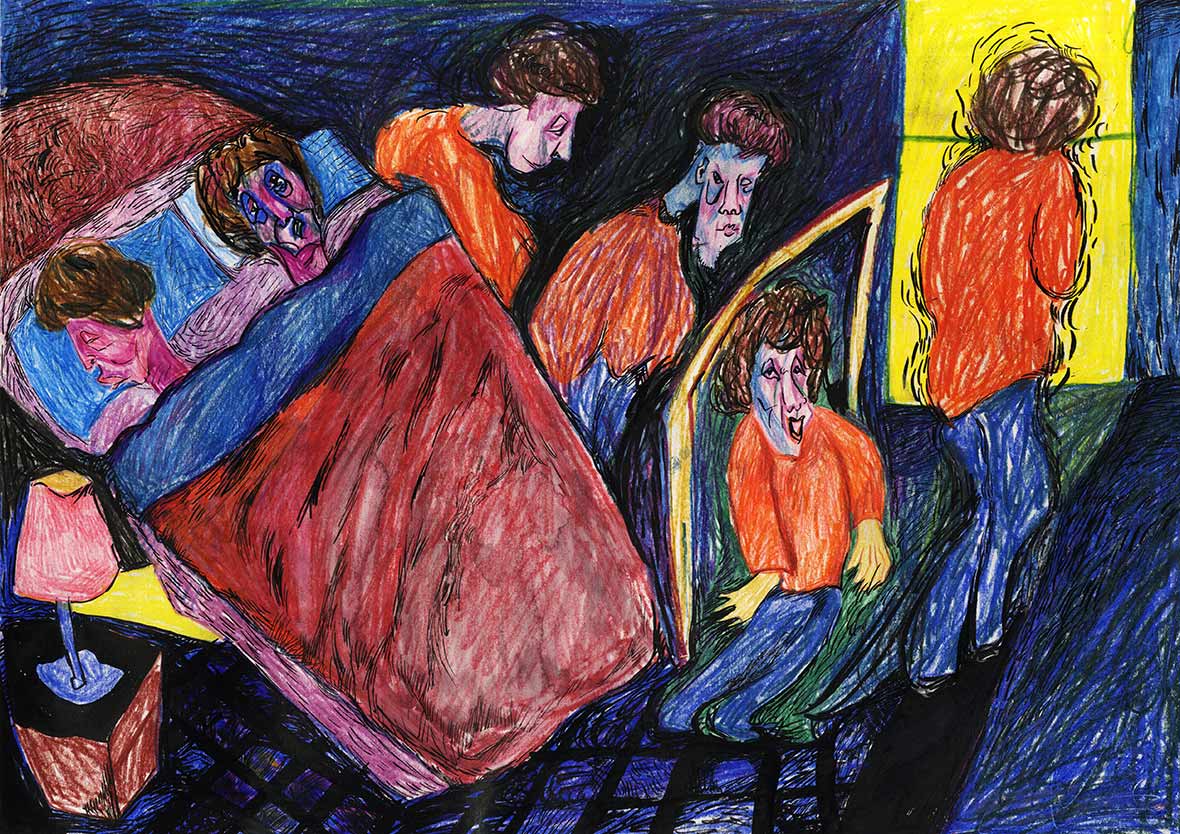 Later at Edinburgh, she invested a year towards studying the subject of humans that eat dog meat to fully develop her emotions, views and opinions towards the matter. Eating Dogs in China was the project that resulted from this period of time, which involves two illustrated storybooks, a graphic map, and four zines. She says, “In this project, my favorite piece of work was the graphics map which I sketched out with pencils. At the time, the creepy scenes in the Hannibal television series really inspired me.” This project ignited her interest with creating art based on her observations of current societal issues. Another theme Li Shuai started exploring was the single child policy in China and how it ties into the way Chinese parents spoil their kids. Despite the extreme nature of the topic, she succeeded by going with a tactful approach and painting it into a meaningful narrative that explored ideas beyond the original topic. She says, “everyone loves seeing beautiful things, but in reality, the ugly things that people don’t want to see is way more thought-provoking. To present the complexities of societal issues in a simple and quirky way is actually really fun for me.” 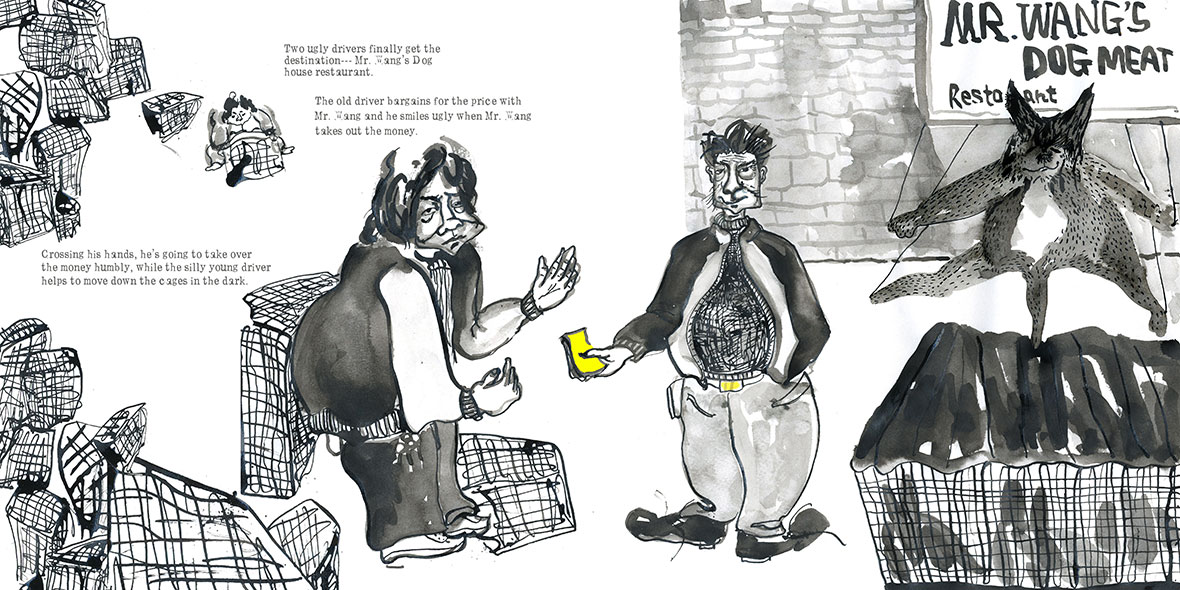 Like many artists, Li Shuai unashamedly reveals she also started by imitating the style of her favorite illustrators. But now, having found her own artistic voice, she has begun experimenting with different types of paint and techniques. As a way of training her sensitivity to colors, she started combining colored pencils with ink to create some of her recent artwork. She says her favorite artist and a big inspiration is Australian architect and illustrator Hundred Wasser. His selective use of colors and shapes creates surreal dream-like scenes that have left a deep impression on her. As far as storytelling goes, she shares, “I don’t like the traditional storytelling style, I like it when an artist might have a personal interpretation of their work, but viewers are able to extract their own meaning out of it.” 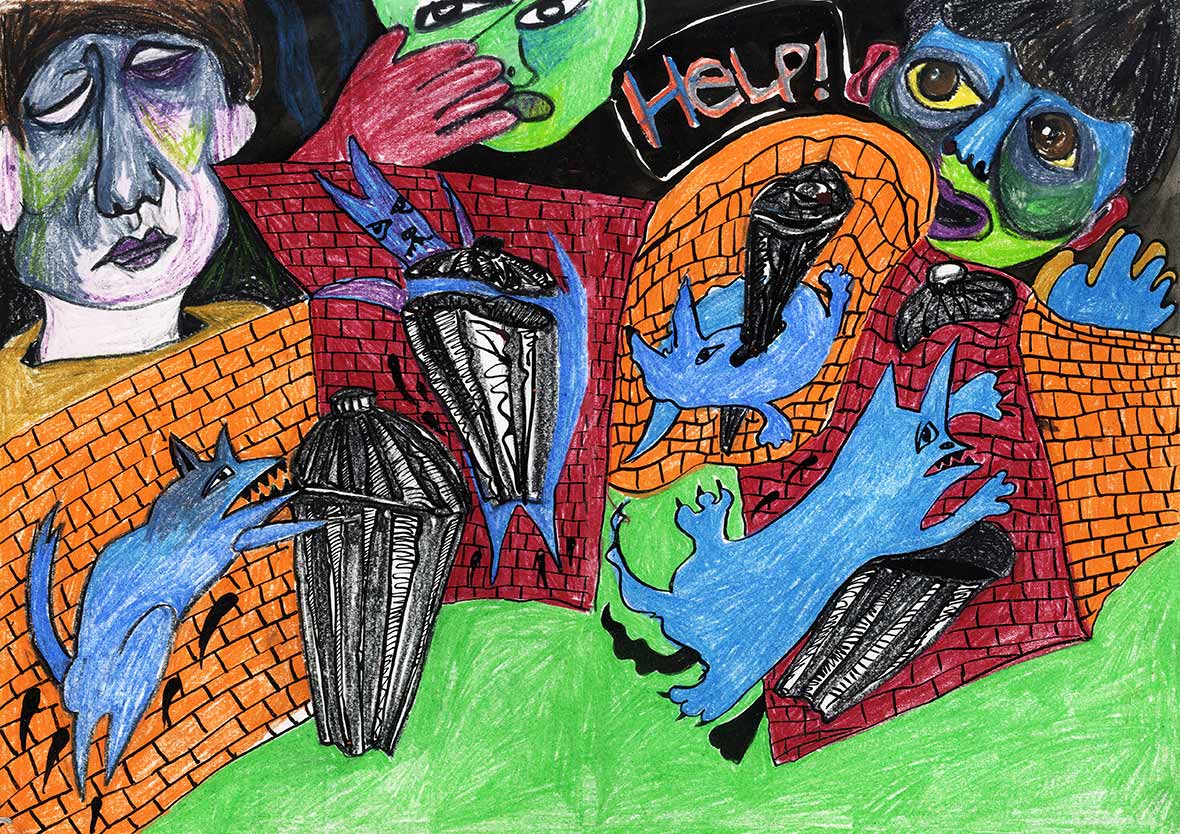 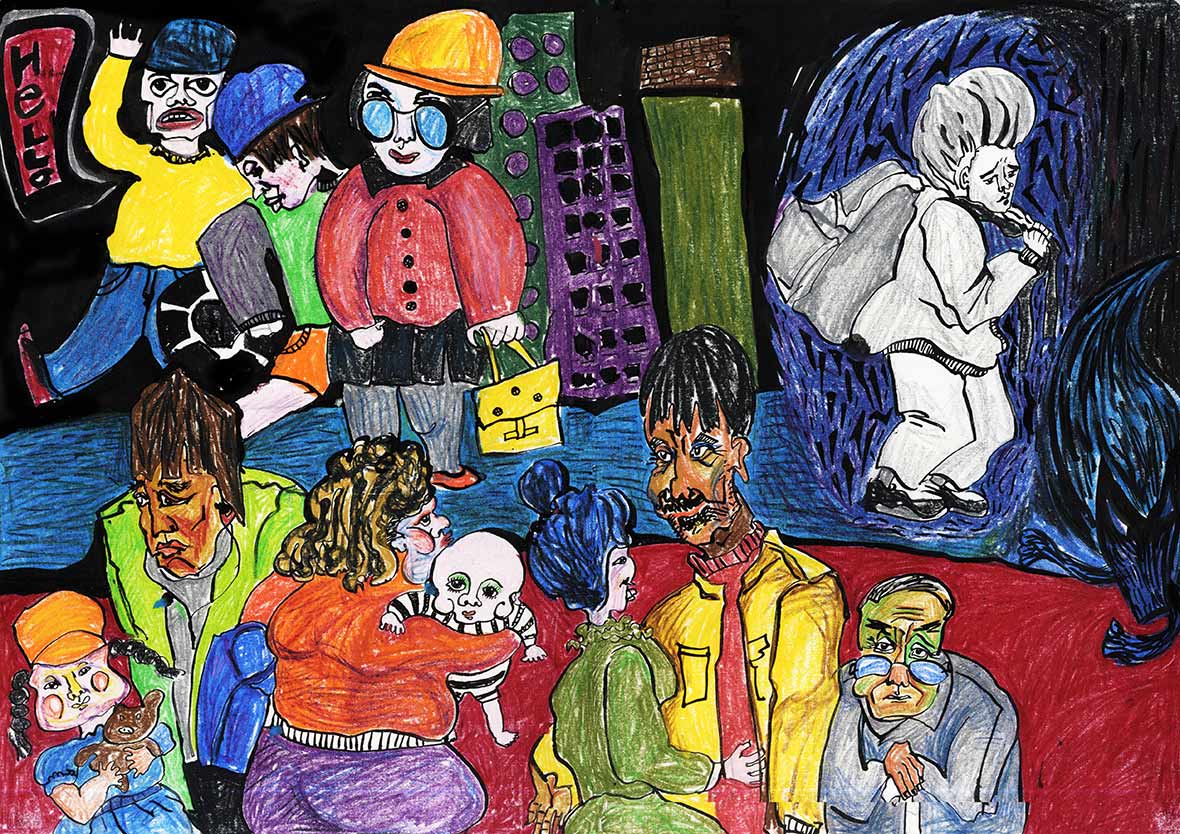 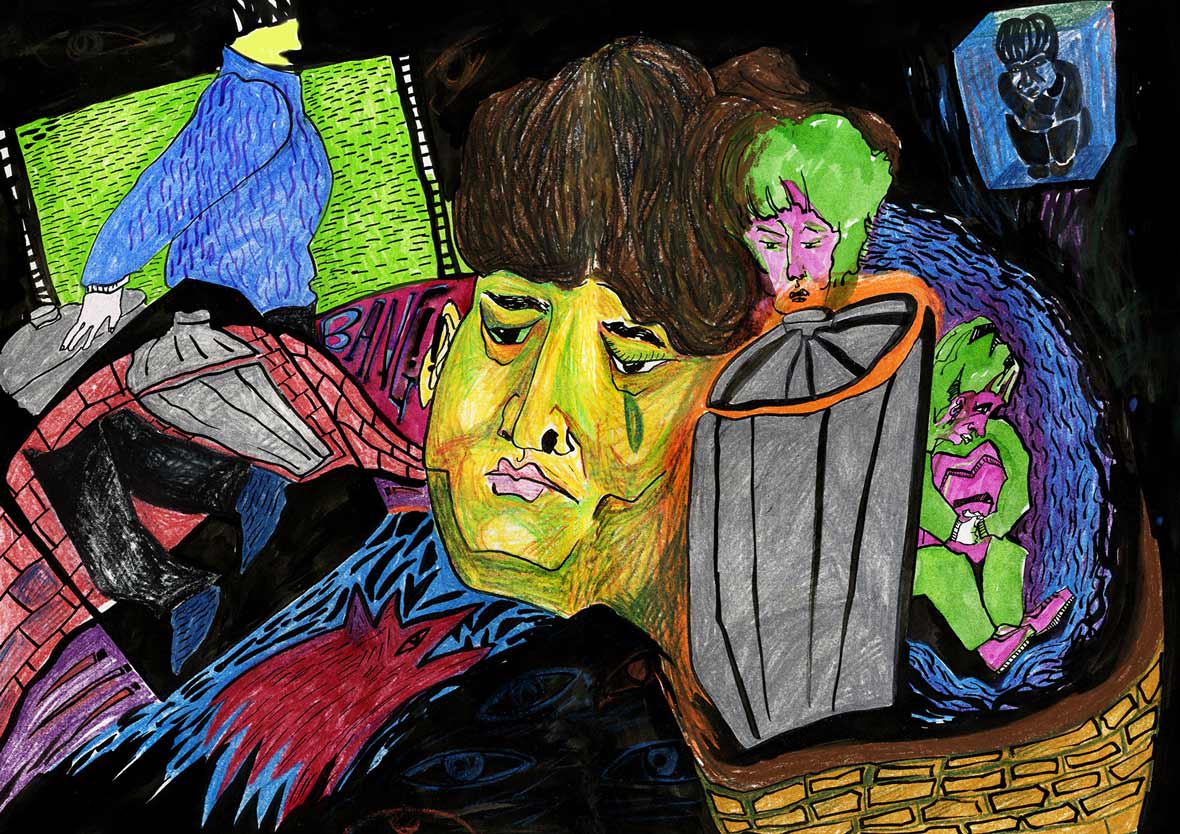 As a versatile multi-disciplined designer, Li Shuai has also revealed some plans of wanting to dabble in different mediums. She expressed interest in playing around with textile design, and also experimenting with 3D illustration techniques used in exhibition design. According to Li Shuai, being creative is as easy as “identifying what interests you – then actually working towards creating it after forming the idea, maintaining an open mind to keep a fresh perspective on things, and trying things you’ve never tried before.” 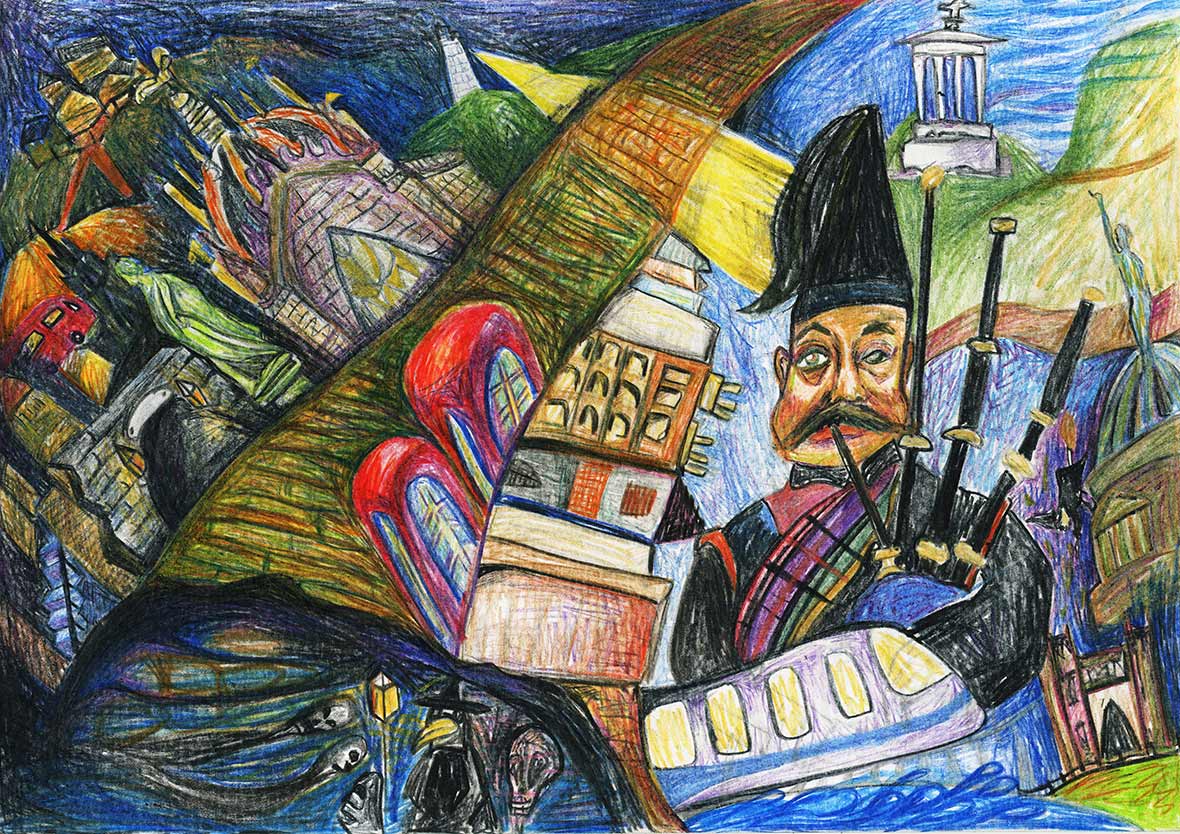