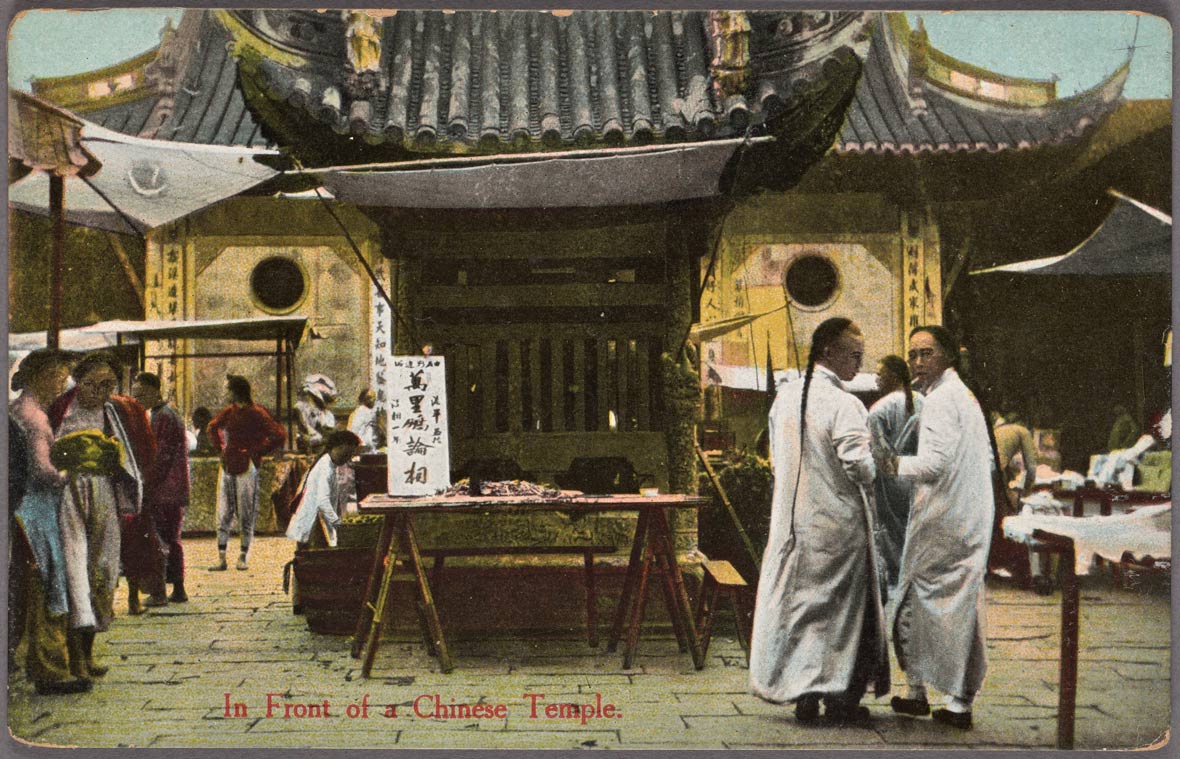 Last week on January 5, the New York Public Library released a large cache of public domain images that previously were only available to view at their New York City location. Some of these images included spectacular old photographs taken in the early 1900s during the very last years of the Qing Dynasty in China before the founding of the Republic. The photographs were later developed by European publishers to be made into postcards for foreign tourists. 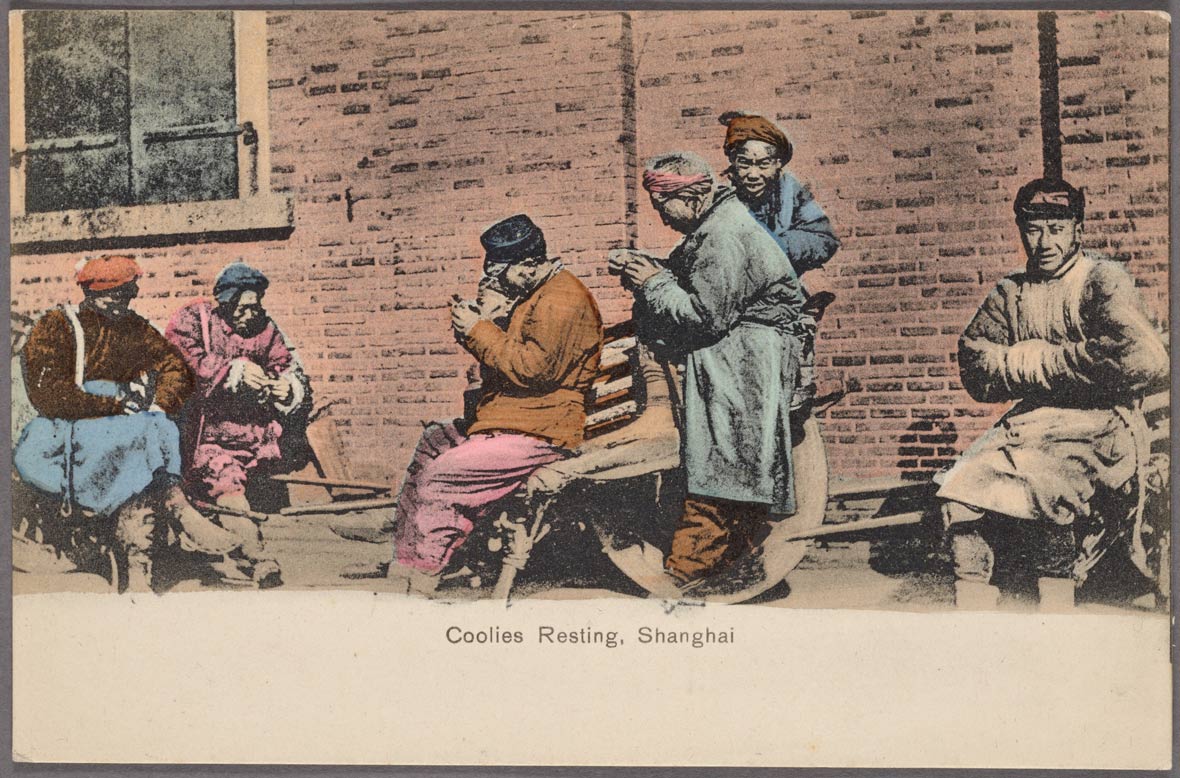 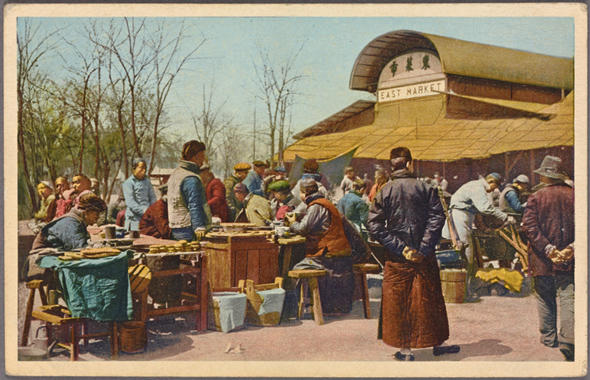 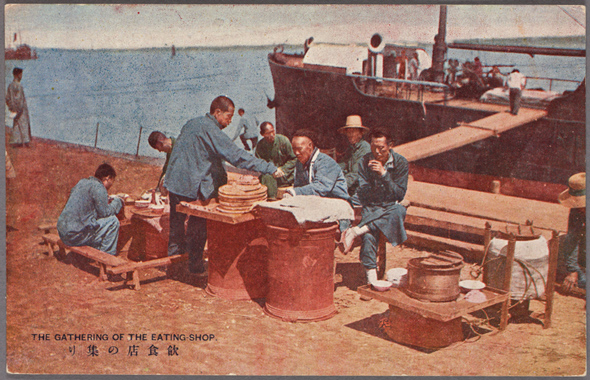 The photos in the collection were all taken in black and white, and later colorized through a process of handpainting or Photochrom. The fascinating scenes, which capture Chinese people on the streets and in their homes, reveal what life was like in early 20th century Shanghai, Beijing, Hong Kong, and elsewhere in China. The exact context and dates that the photographs were taken have all since been lost to time, with only a few captions to help the viewer place the image. 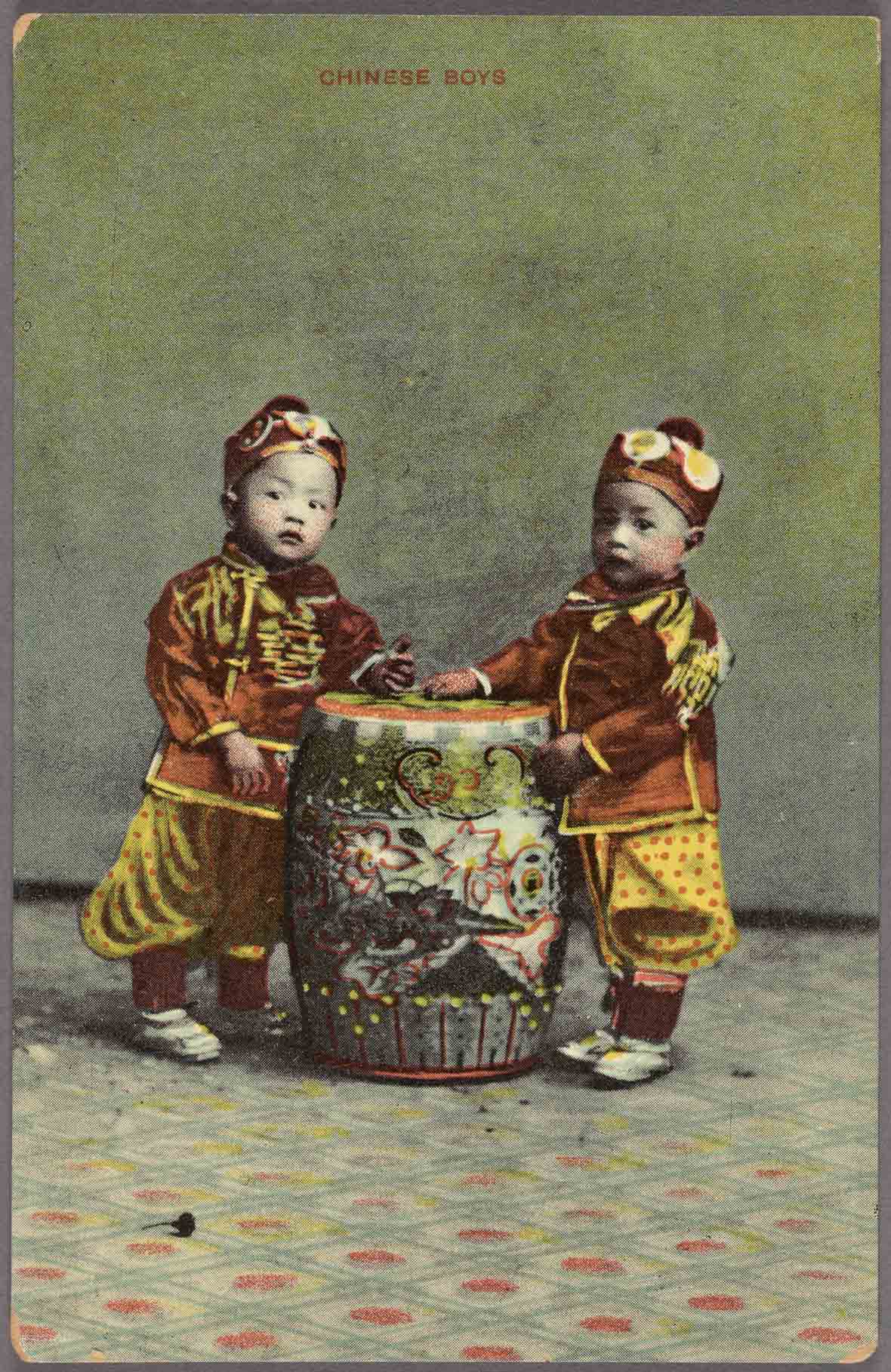 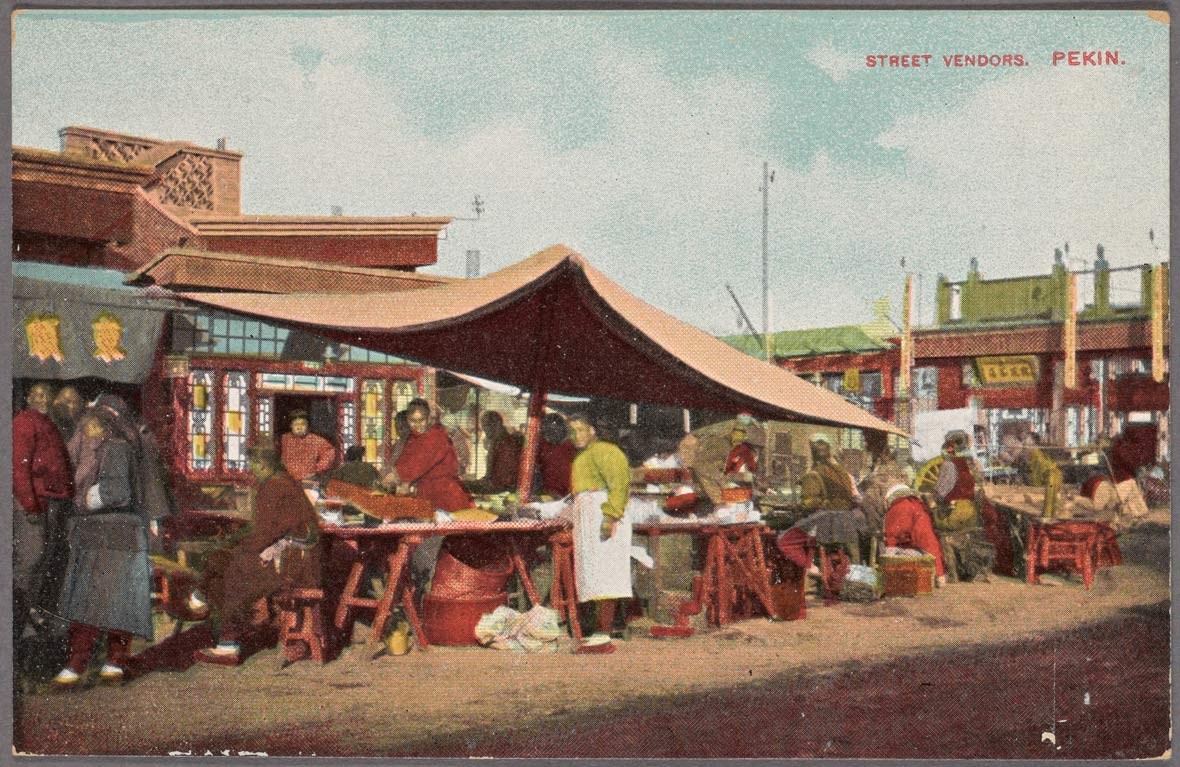 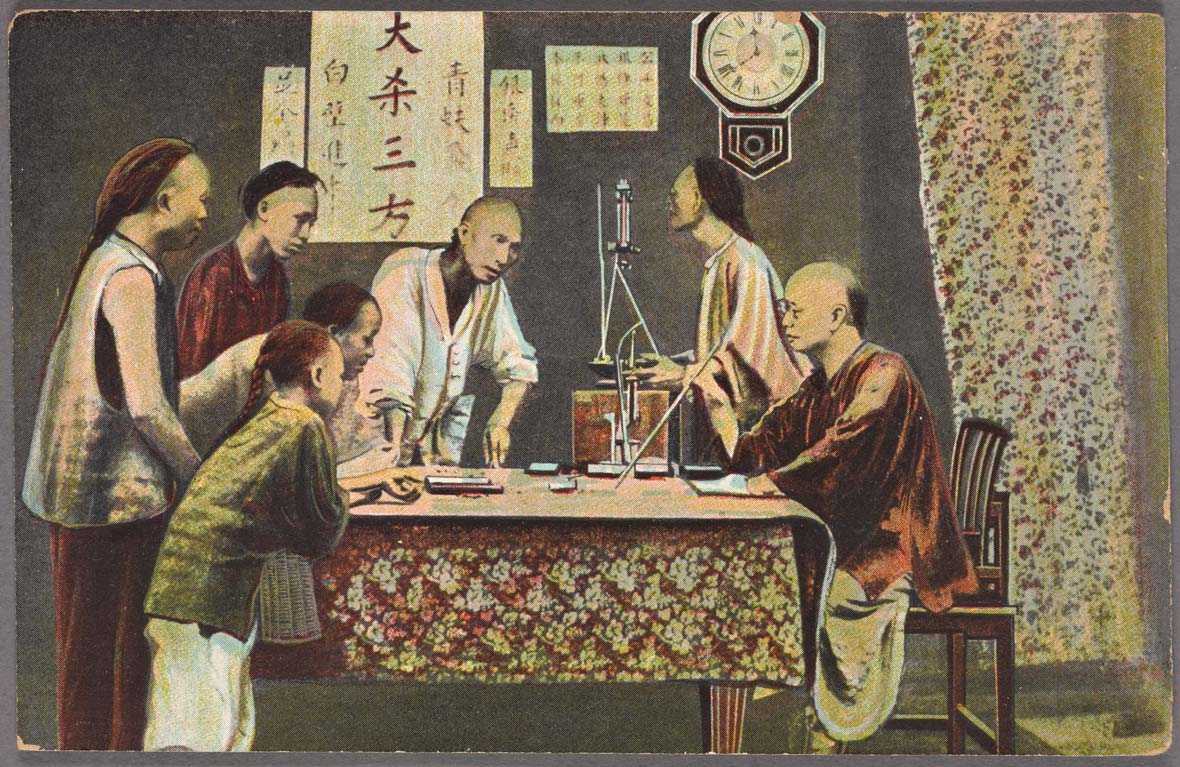 There are many remarkable portraits, such as one entitled Chinese Boys, which shows two boys standing next to a traditional Chinese drum and wearing late Qing dynasty era clothing. Other photographs depict domestic scenes, street barbers, vendors at outdoor markets, children in traditional ethnic dress, and pedestrians strolling along Old Nanjing Road. One photograph entitled No. 16 Chair. depicts a foreign expatriate seated in a sedan chair, being carried by two coolies. The photos are all roughly dated between 1907 and 1921. 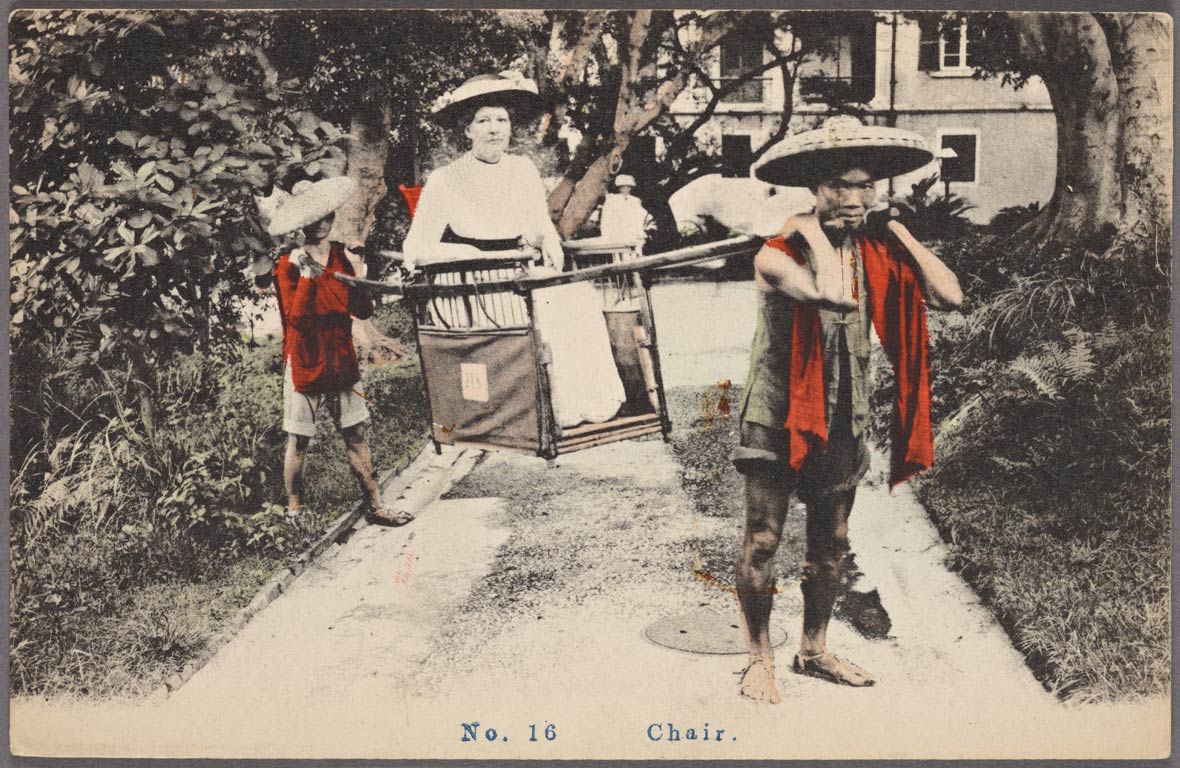 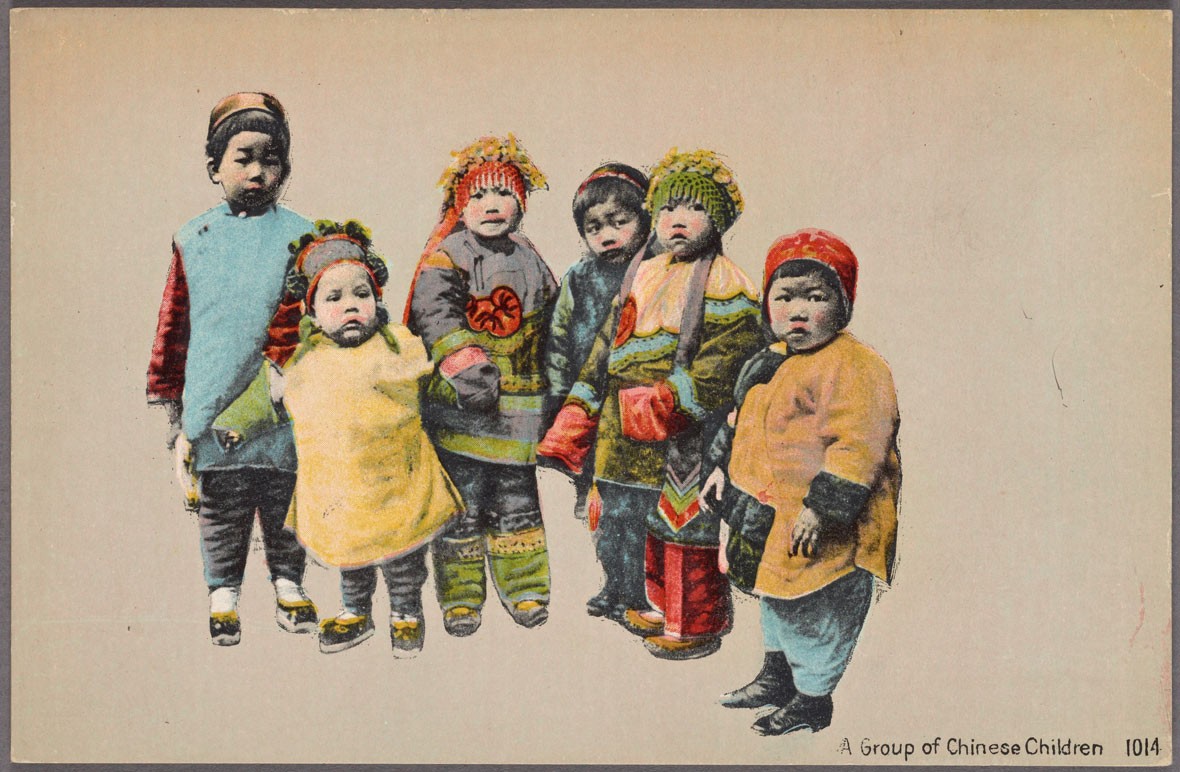 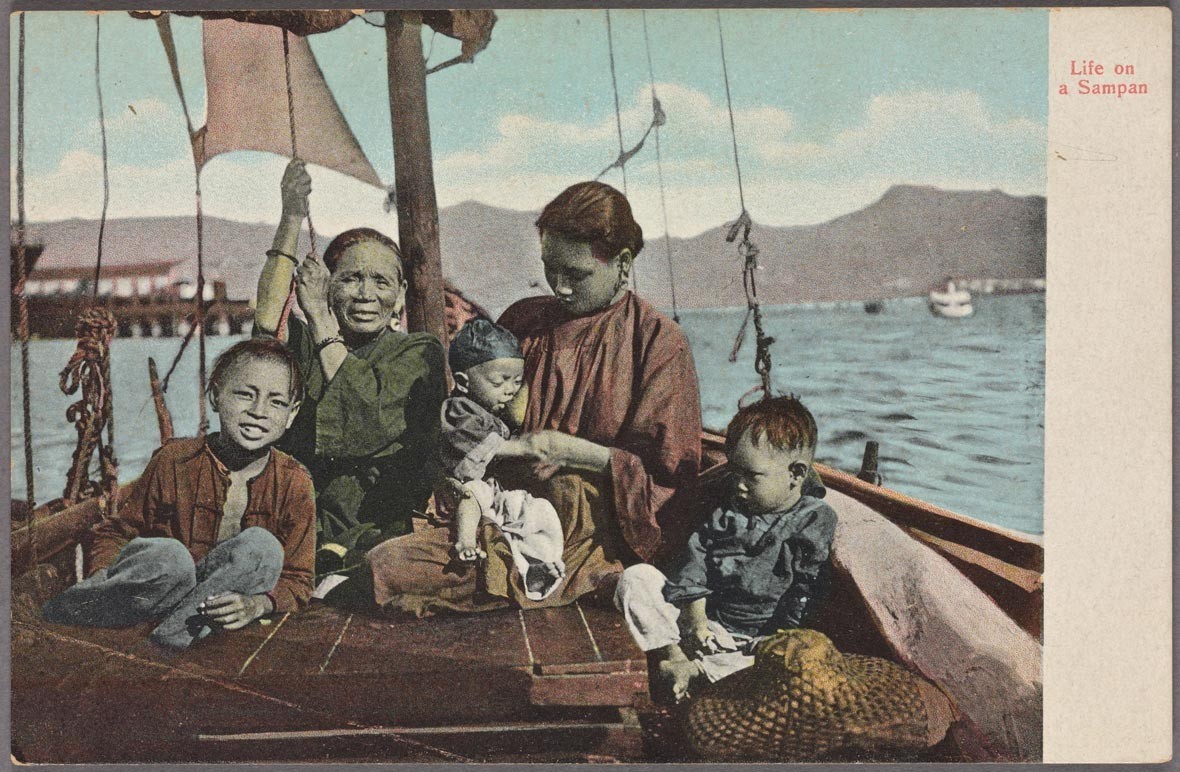 During these dramatic years when these images were captured, China witnessed the tumultuous collapse of its imperial system. The Qing Dynasty, after suffering successive defeats in the Opium Wars in the previous century, was finally in 1911 overthrown by a group of revolutionaries in the Xinhai Revolution. In place of the monarchy, the Republic of China was established, ruling the territories of present-day China until the Nationalists were overtaken by the Communist Party in 1949. 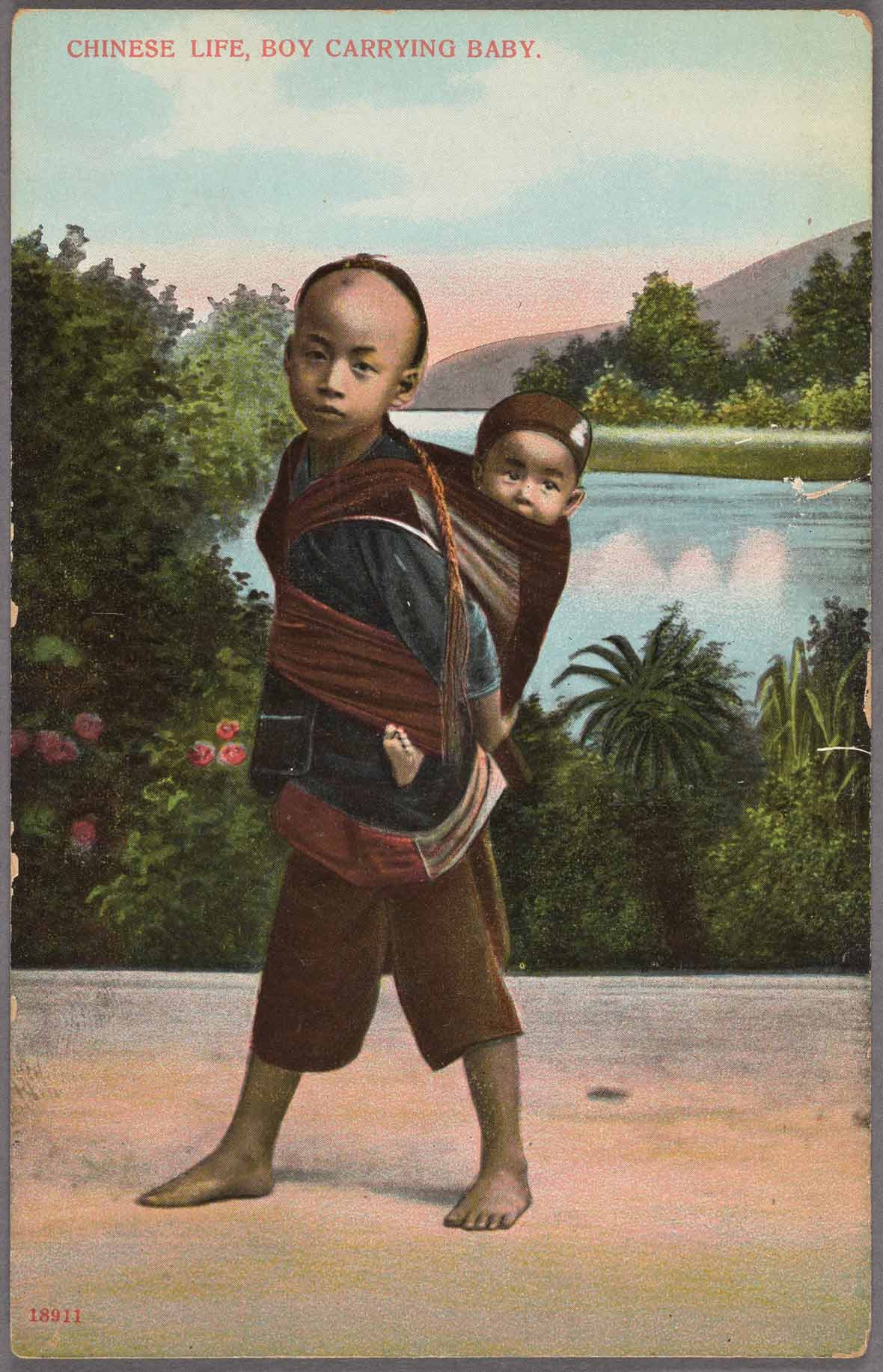 In this collection of rare photographs, the viewer can observe the ordinary lives of Chinese civilians during this pivotal period of transition in modern Chinese history. The streets of Shanghai then, as it is now, are bustling with commerce. The queue, one of the last vestiges of the waning Manchurian influence of the Qing Dynasty, is noticeably still prevalent in this collection of images. There are also signs of an influx of foreign influences in China during this time and hints of modernization in its cities, contrasting sharply to the abject poverty of China’s agricultural workers. 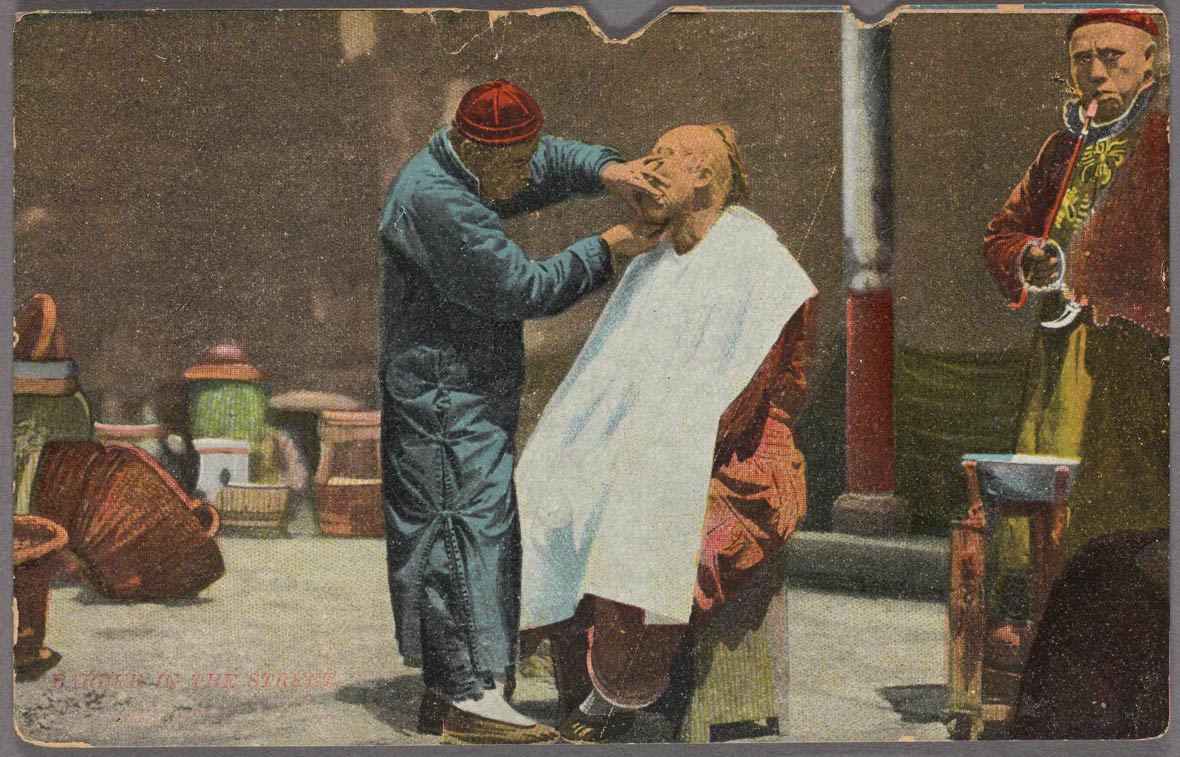 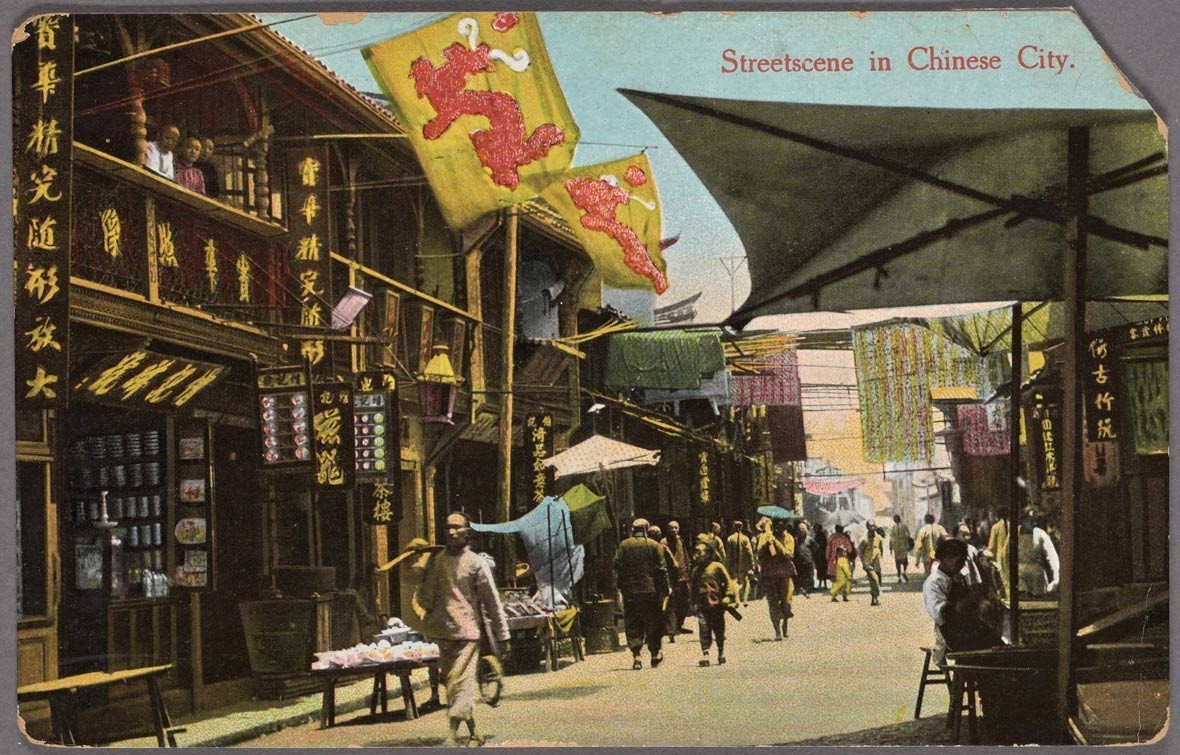 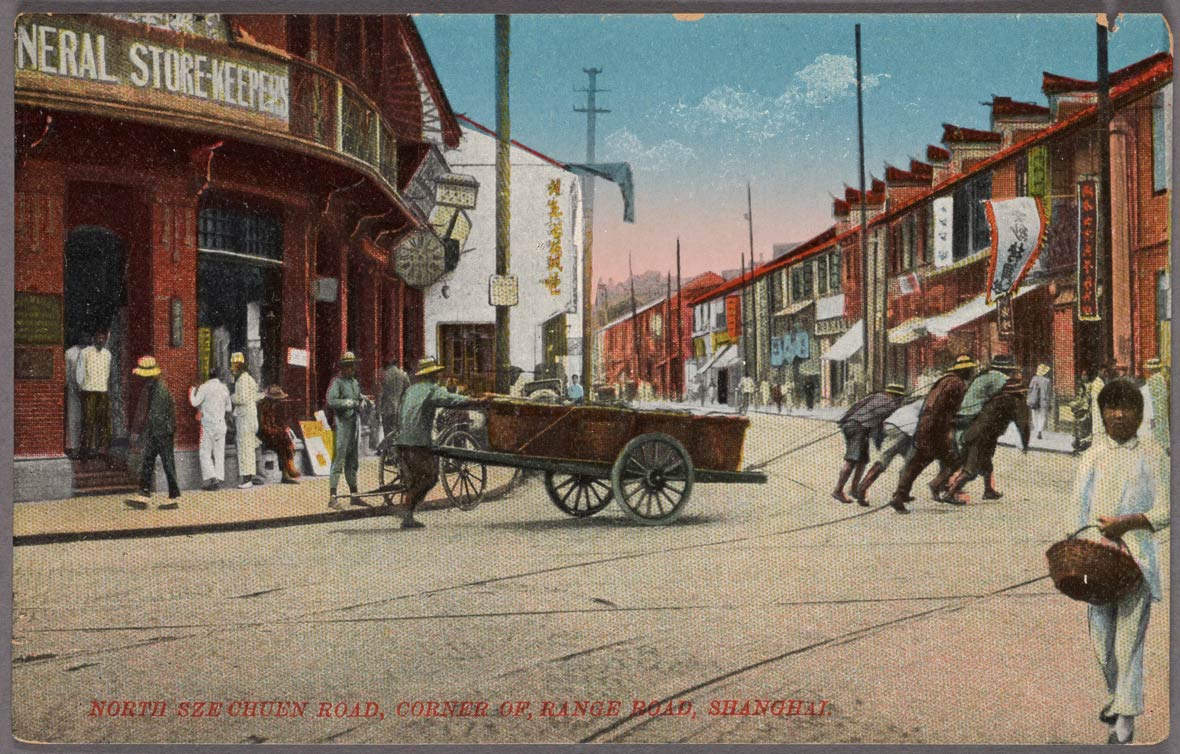 By releasing the more than 180,000 items from their digital archives into the public domain, the New York Public Library has opened limitless creative possibilities for internet users around the world. The items are all free of copyright, free of charge, and have no restrictions on usage. Not only can the materials be used for research and reconnect us to a past not previously seen, but they can be reused for a wide variety of creative remix projects. Some of the possibilities NYPL Labs has already developed include: interactive mapping, networked catalogs, generative eBook artwork – even an historical version of Minecraft! 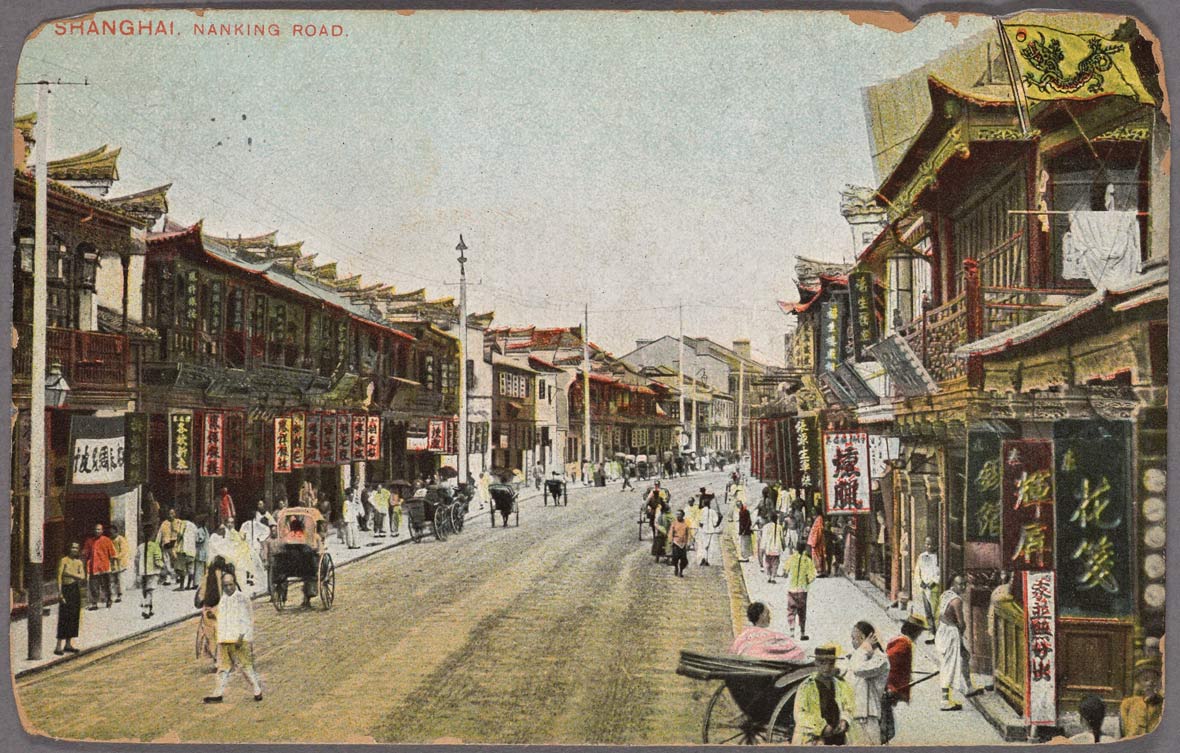