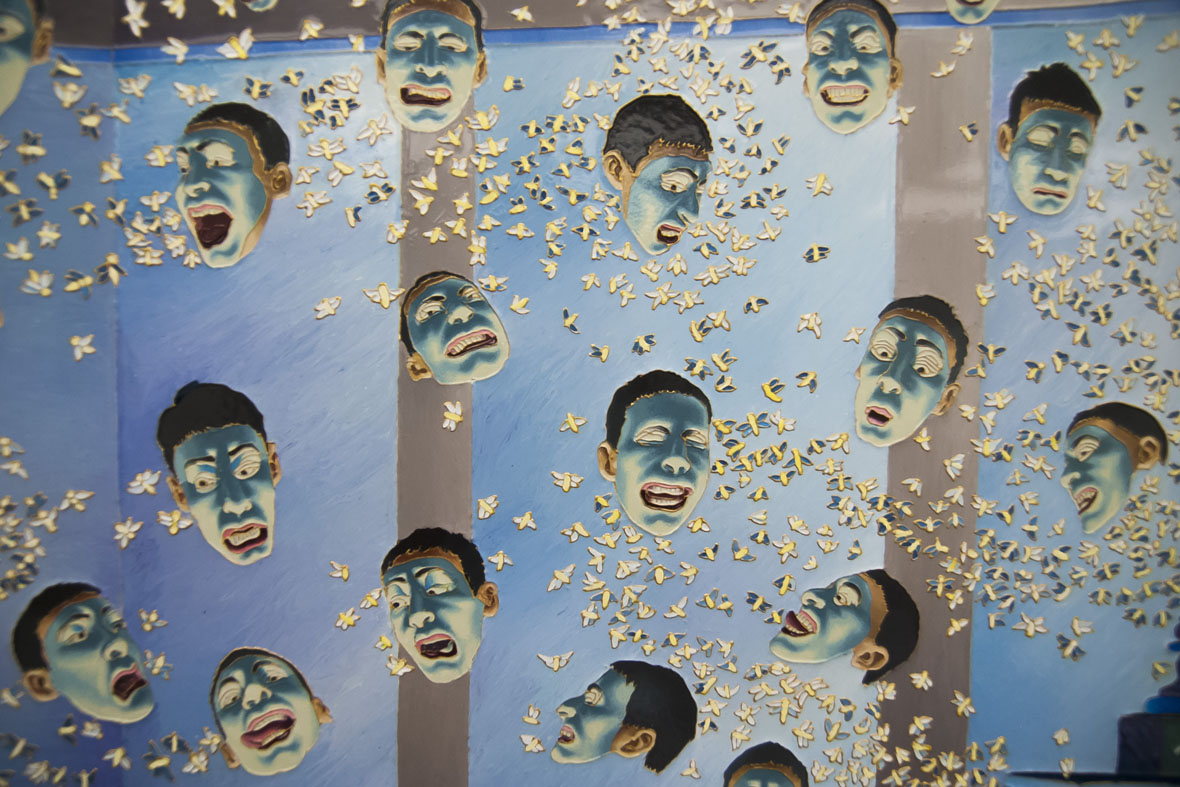 The work of Indian-born, London-based artist Raqib Shaw imagines and creates fantastical worlds full of imagery that reflects a unique kind of cultural hybridity. His visually spectacular, and sometimes personal, paintings and sculptures merge iconography from both the East and West. 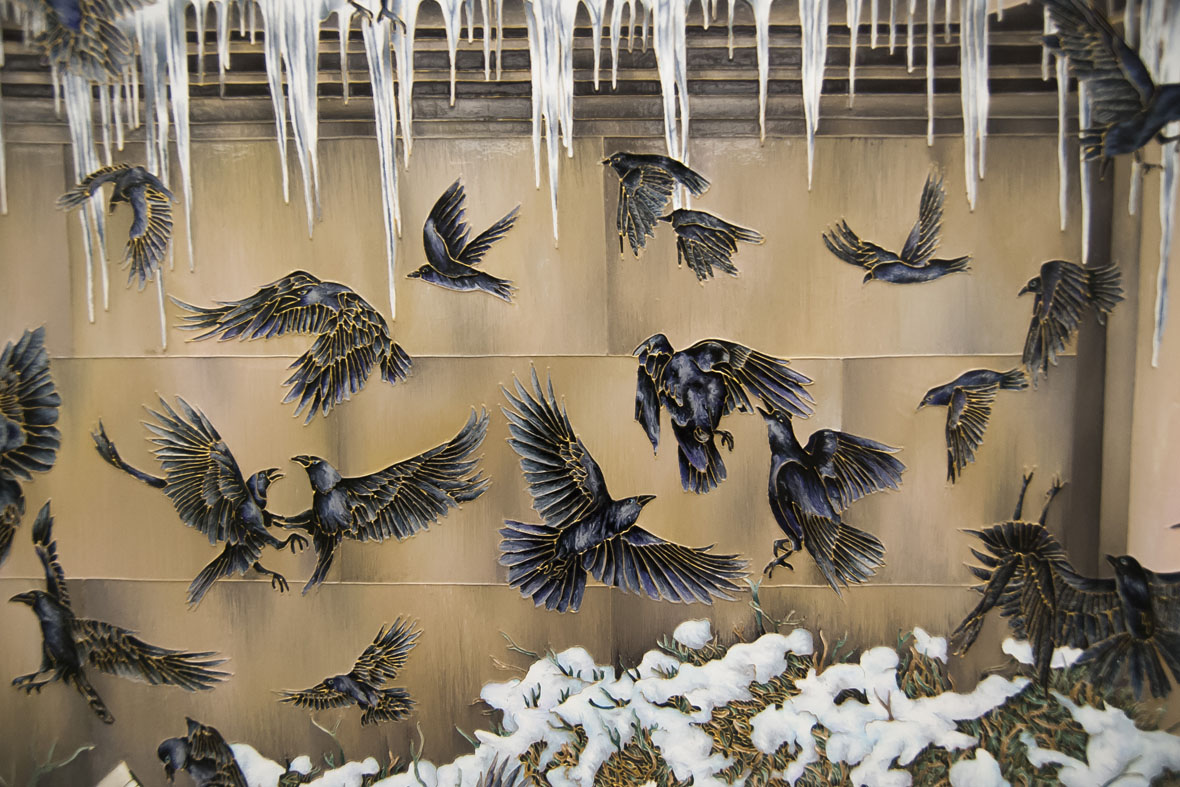 In recent years, Shaw has borrowed compositions from the work of the Old Masters from the 15th to 17th century – for example, the Italian artists Girolamo Mocetto and Marcello Venusti – reinterpreting and transforming the religious settings from the original paintings with his own imagery. Some of the newly introduced elements include images shot in his Peckham studio in South London, landscapes from his childhood home in Kashmir, some Hindu iconography, and Japanese decorative arts and architecture. 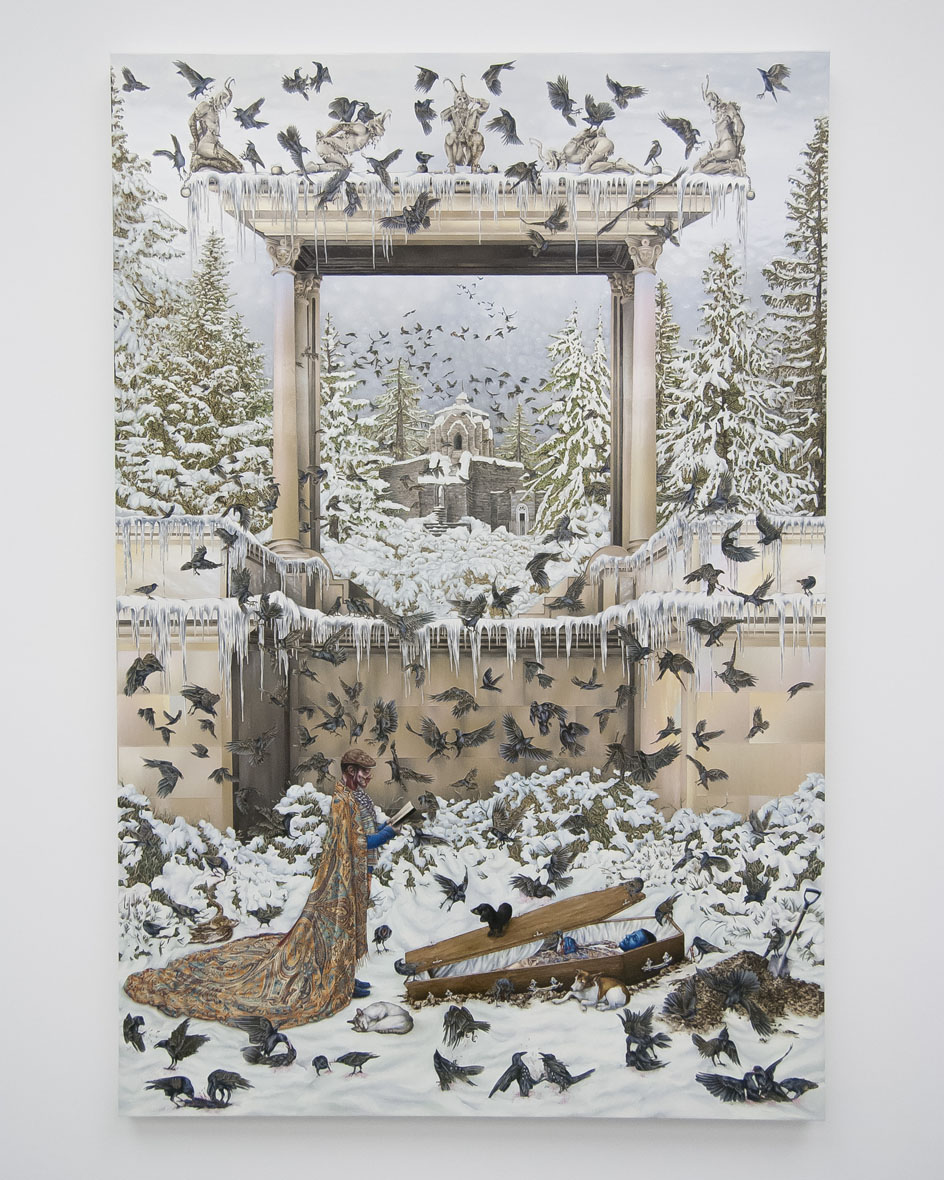 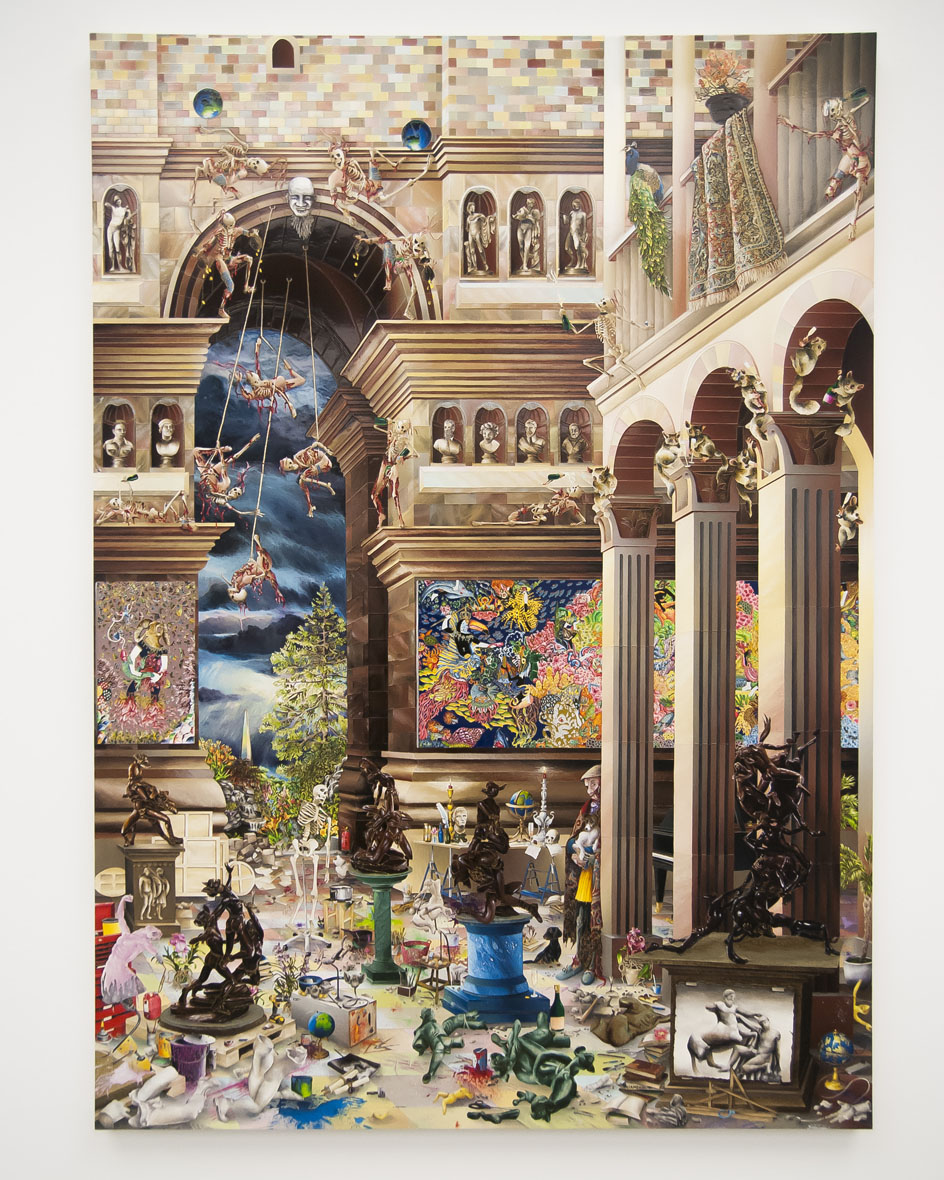 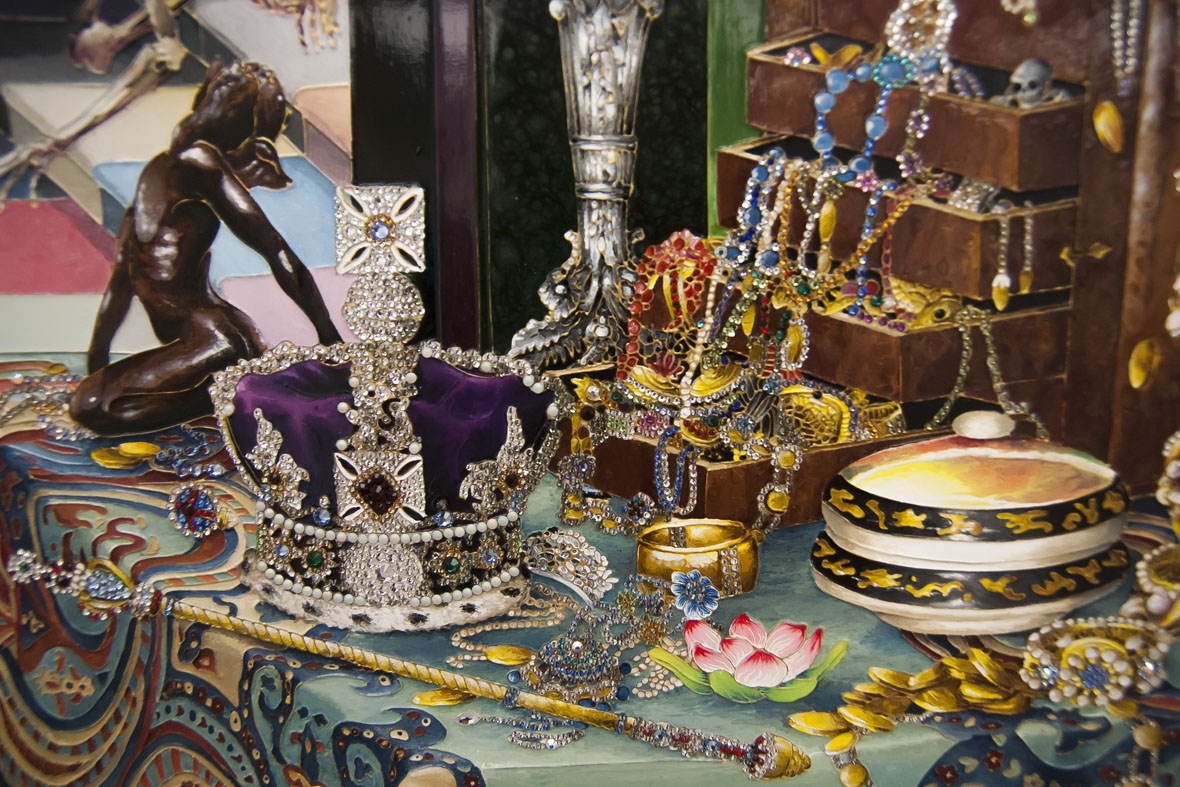 Raqib Shaw sometimes has also appeared as the main protagonist in his paintings in different guises. He has appeared as a joker, a mime artist, and even a ghoul lying in a coffin. The world of Shaw’s paintings is entirely constructed by his imagination and delivered with an injection of underlying black humour. 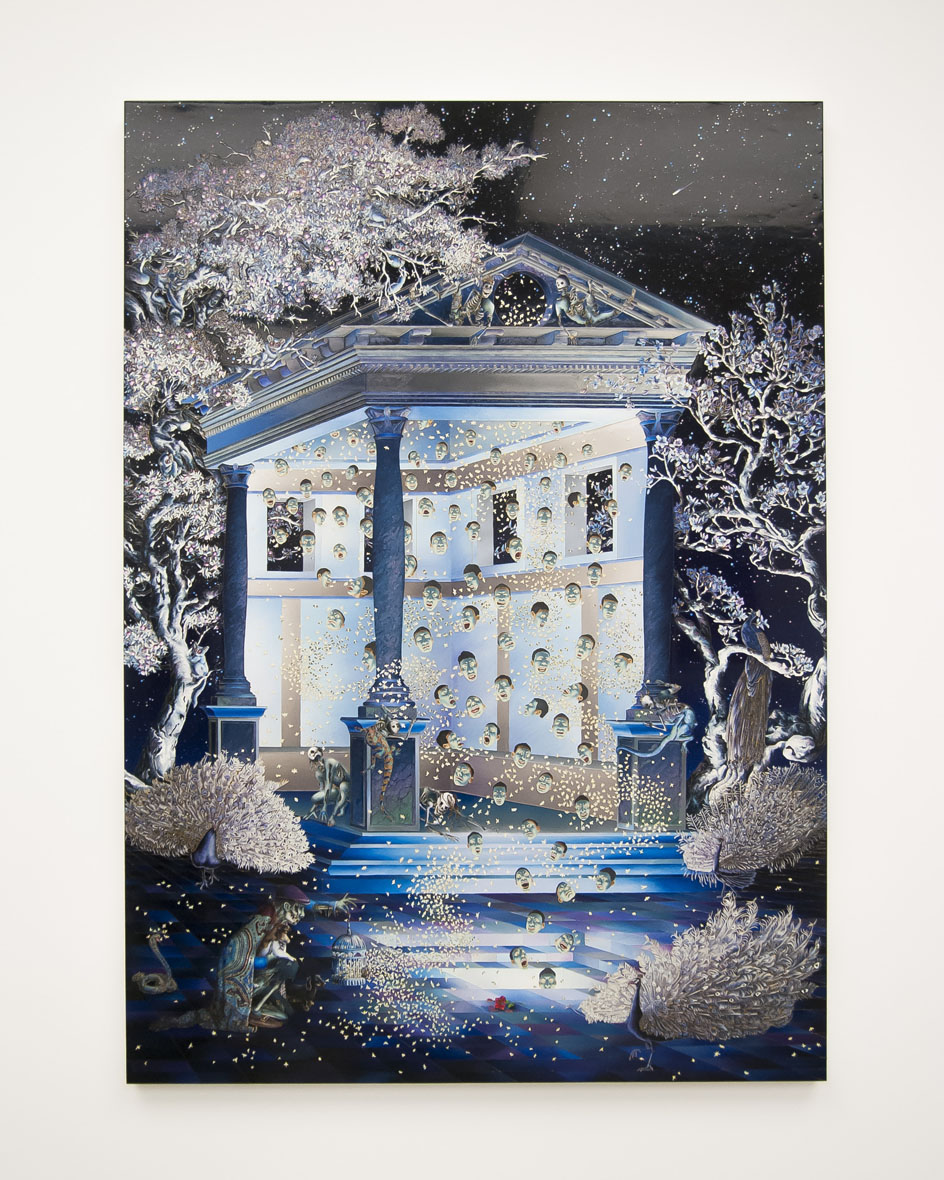 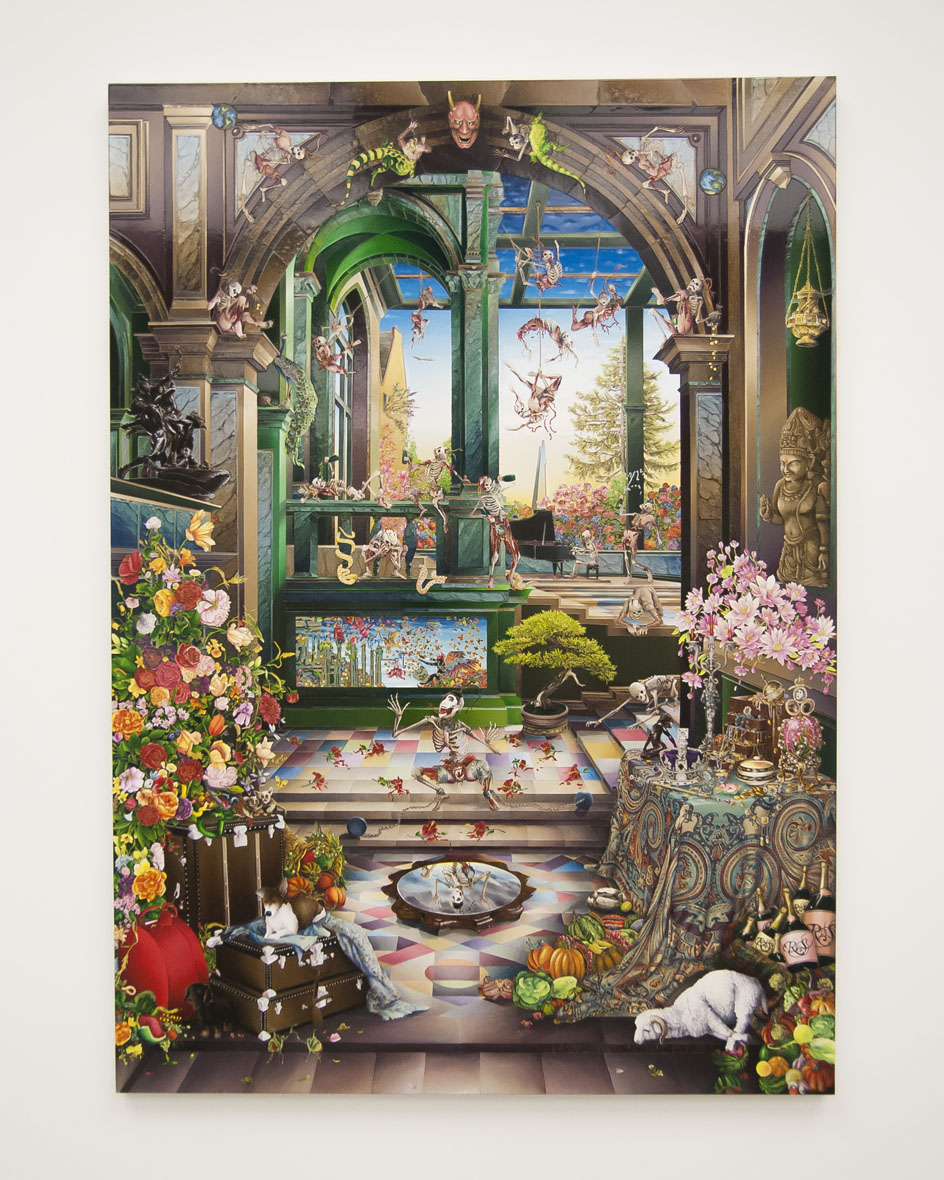 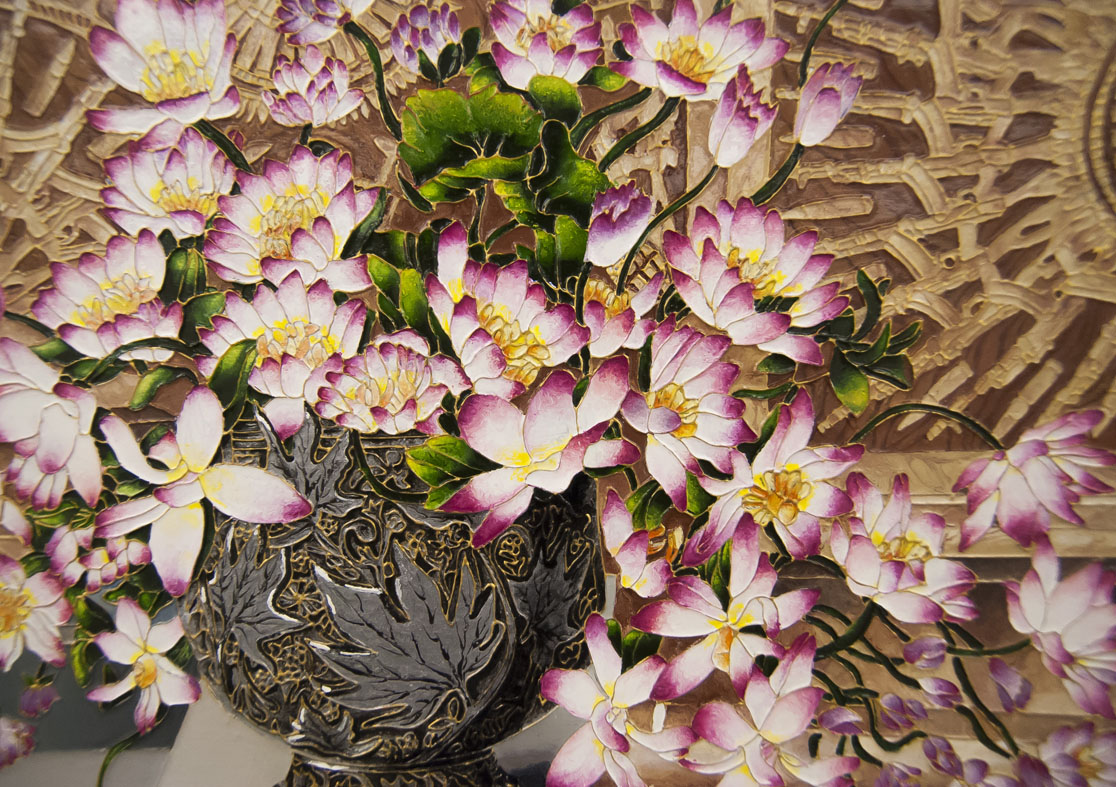 Shaw explores several dualities by combining elements, such as from Renaissance architecture by Mocetto, stylised landscapes of waterfalls, Japanese landscape paintings, and Baroque architecture by Marcello Venusti. By sometimes injecting his own presence in the painting and in his studio, his work suggests a convergence of reality and fantasy. 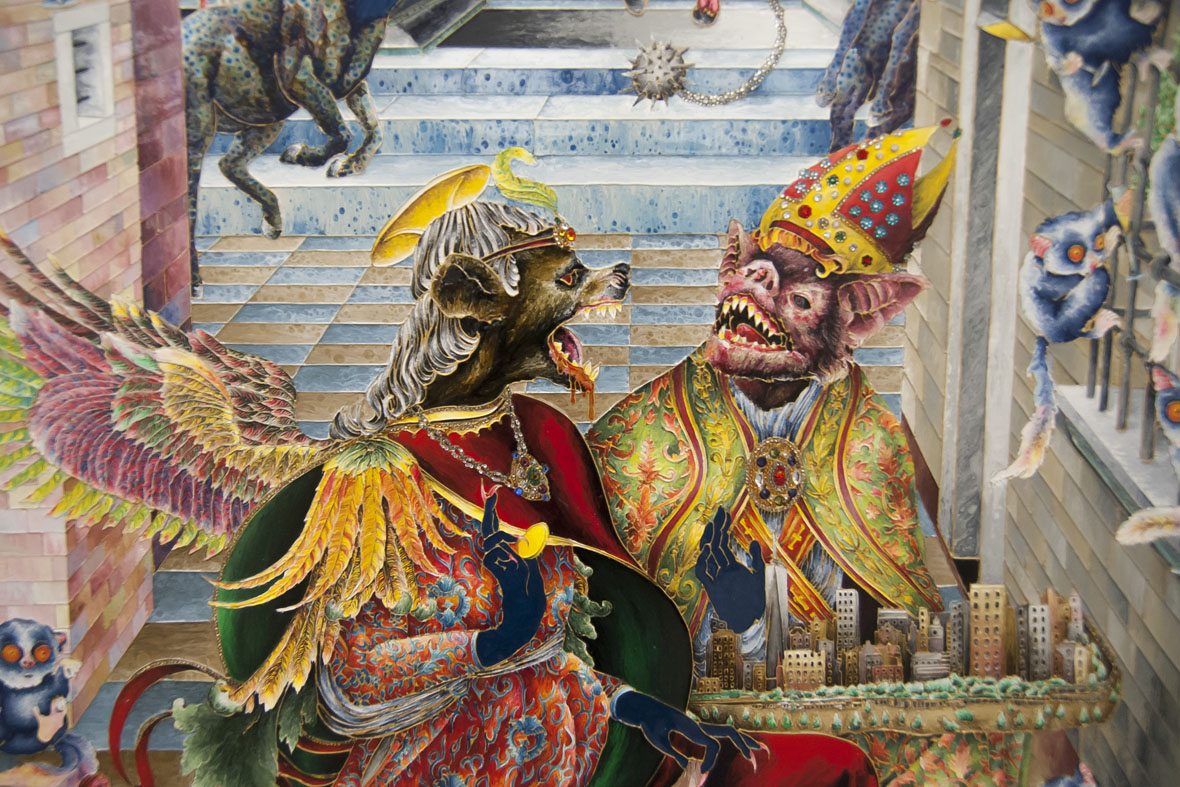 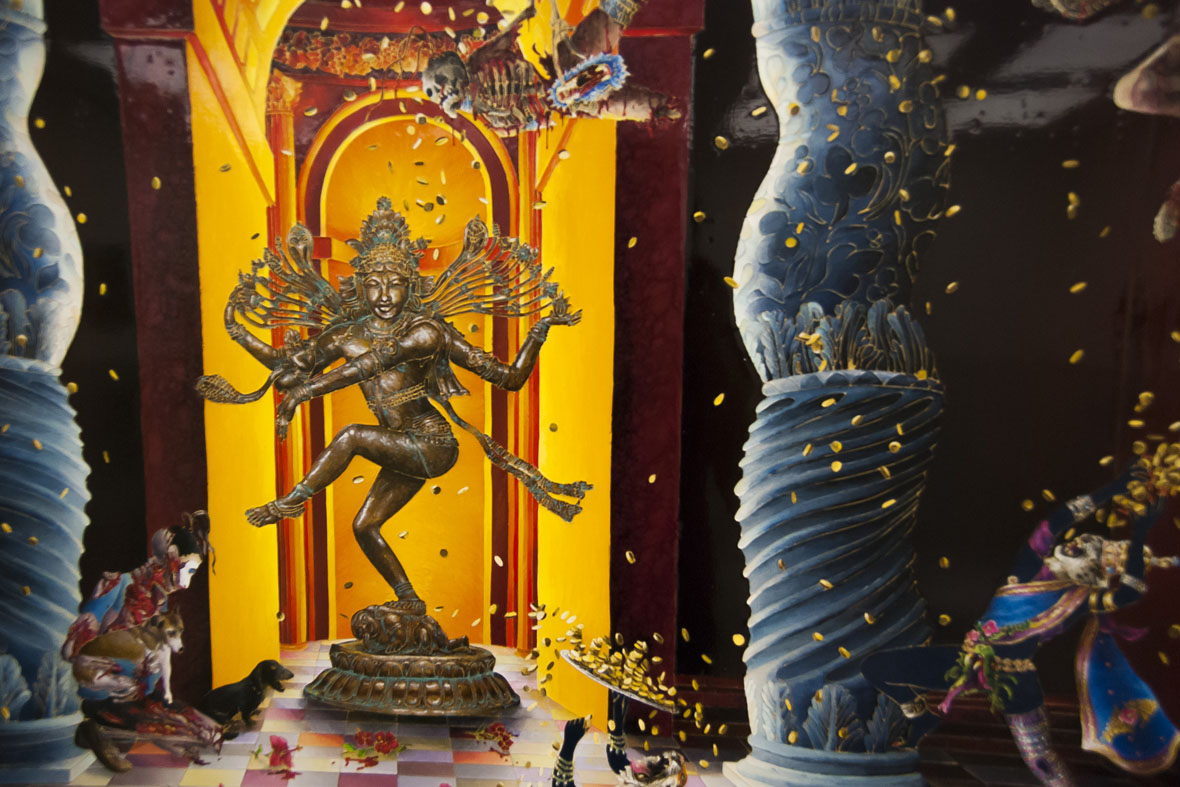 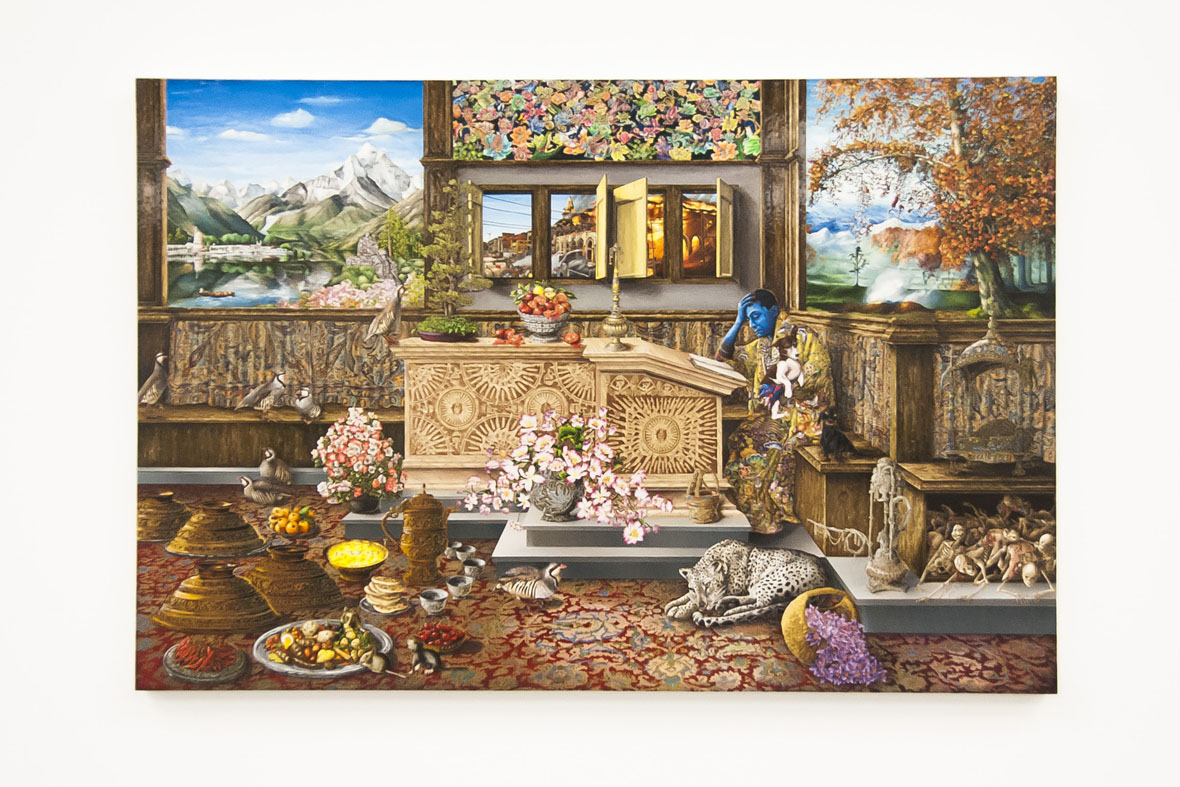 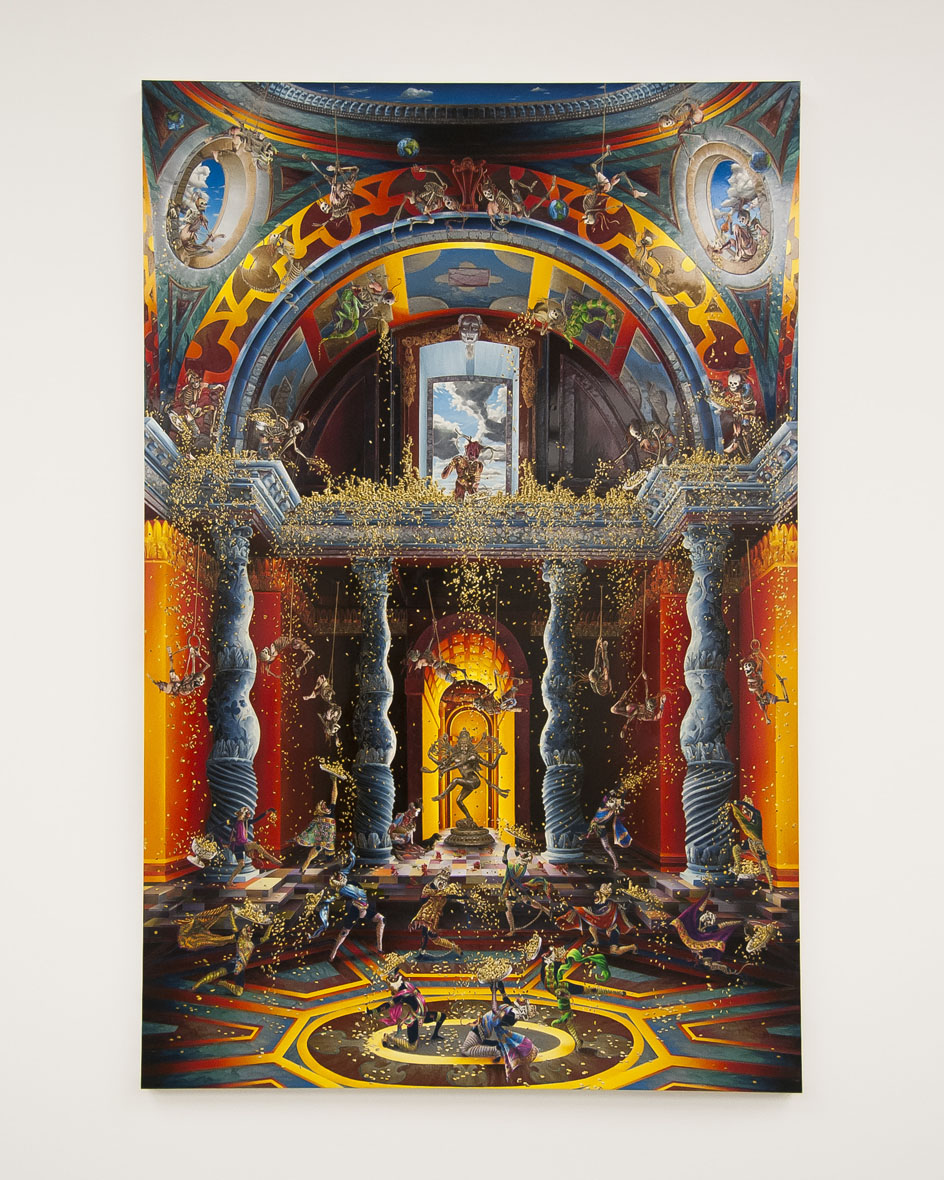 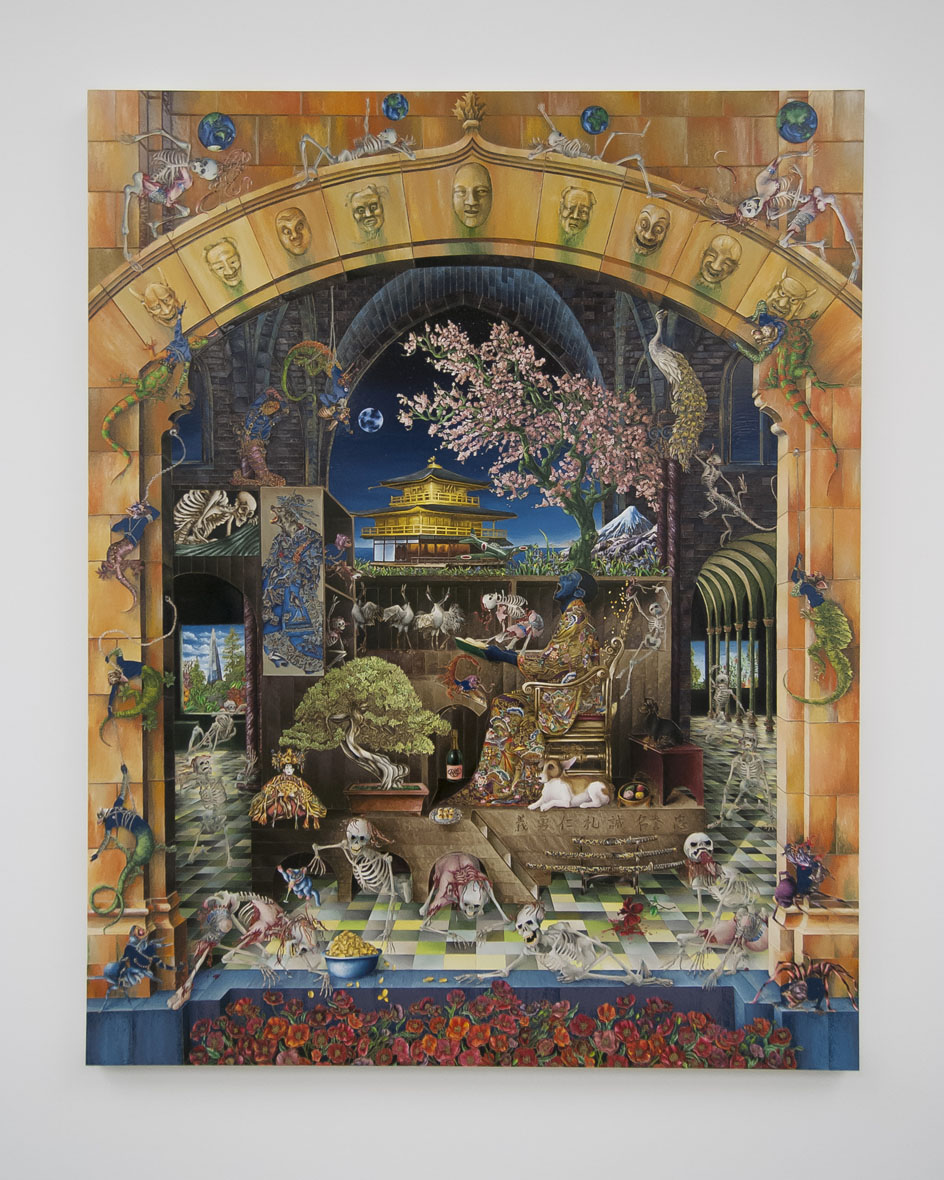 In both Shaw’s paintings and sculptures alike, he creates narratives that are multifaceted, and disrupt the harmony of the linear perspective. The dualities are everywhere in his work: heaven and hell, eroticism and restraint, transgression and submission, reality and fantasy. 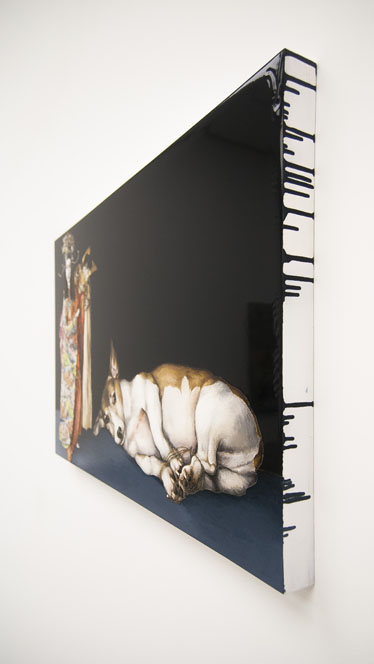 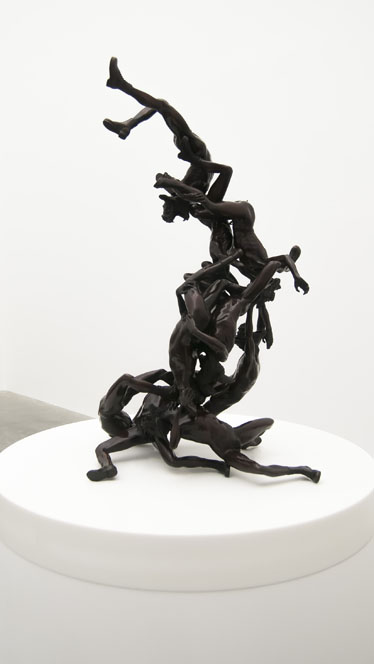