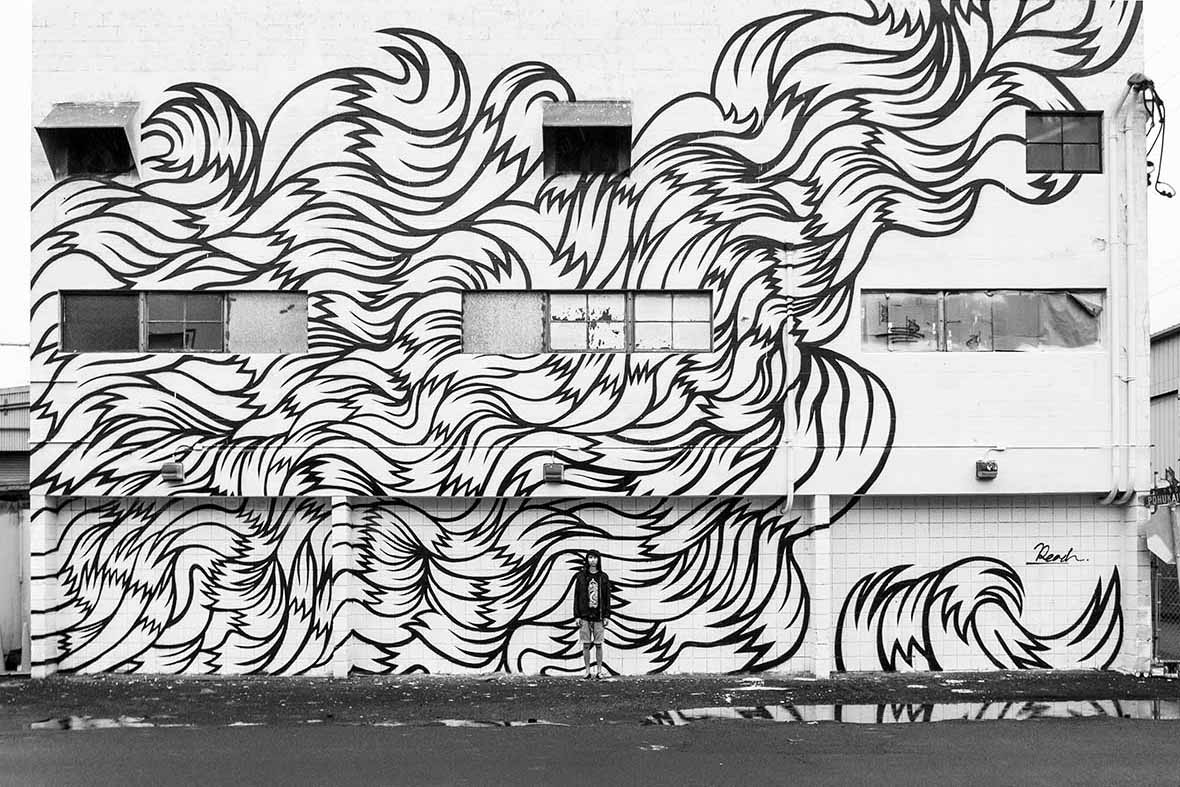 Reach is a Taiwan-based, multifaceted artist who plays many different creative roles; he’s not only an illustrator, but is also a creative director and photographer. He began his artistic journey in 1995 with graffiti and experimented with a variety of techniques, starting from tagging, to bubble letters, to wildstyle, and eventually 3D pieces. Over the years, Reach worked tirelessly to refine his artwork, looking to create a distinctive style of his very own. His perseverance has led him to become the established artist that he is today, and many consider him to have pioneered Taiwan’s graffiti and street art movement. One of his most famous characters is Pink Bear, a cartoon bear with lighting bolts for eyes. To create it, he used pink, one of his favorite colors, and black-and-white spray paint, which he considers to be an essential item to carry on a day-to-day basis. Not long after, he created the Blue Cat character and his famous cat’s claws, both of which have become iconic elements in his work. In 2009, he created Reach Boy, a character that not only represents himself, but is also a vessel for him to present his worldly views. 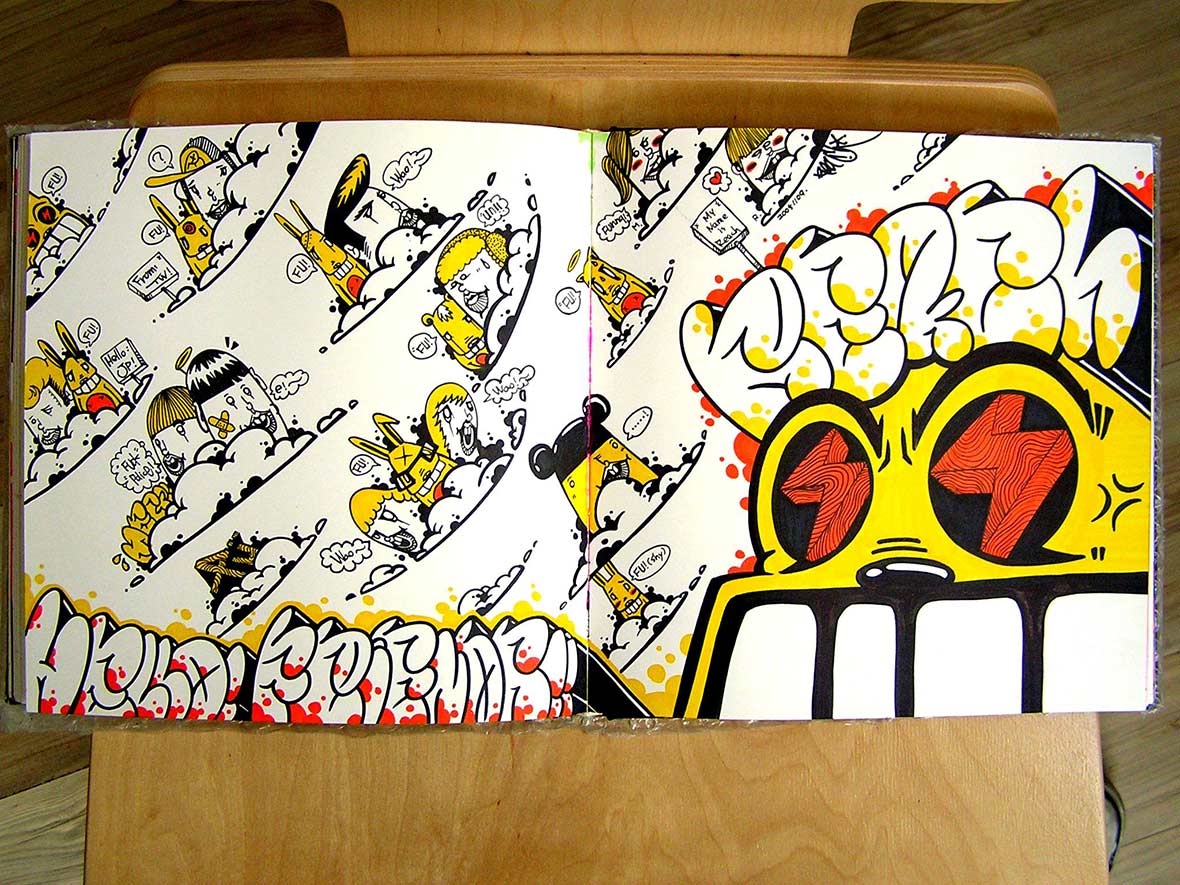 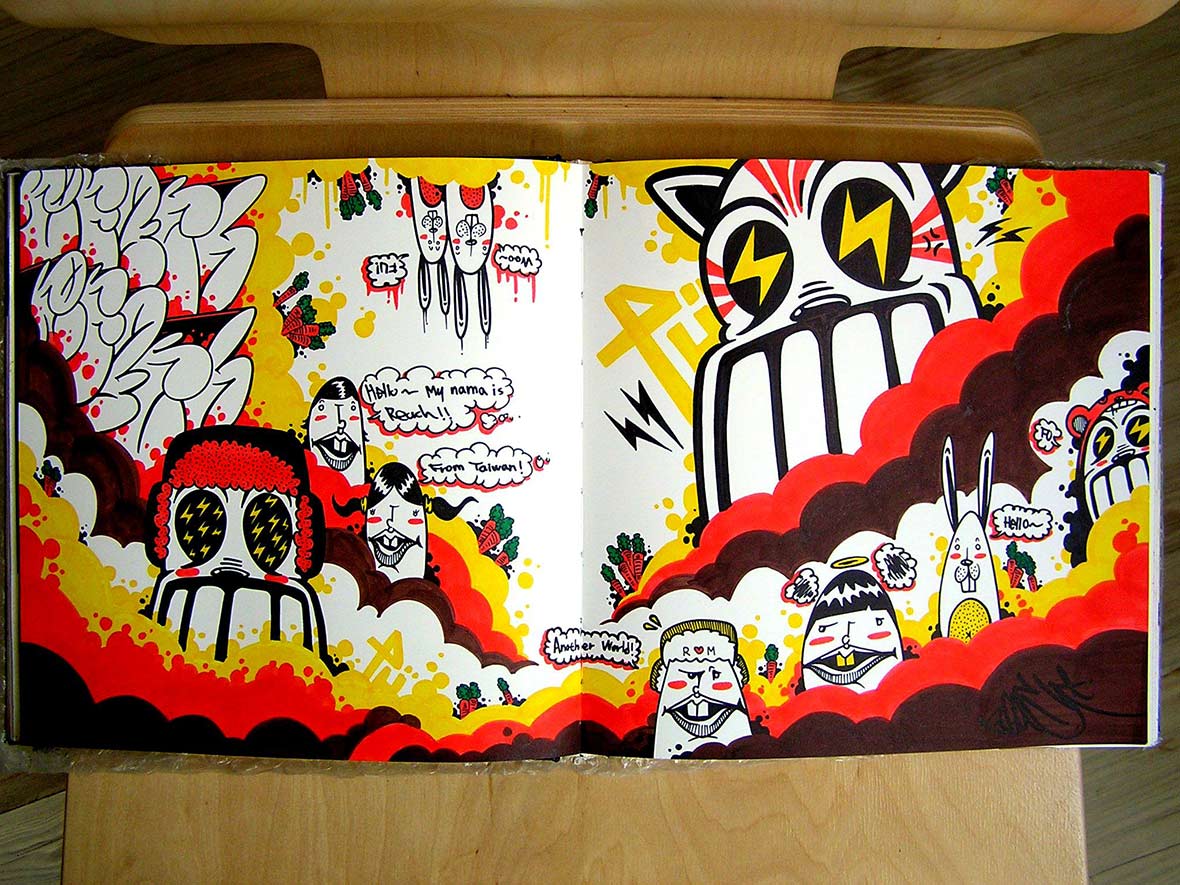 Reach’s journey to becoming an artist wasn’t all smooth sailing. After making the decision to pursue street art full time in 2005, he faced many financial hardships. In 1999, after becoming the leader of SoulSkool, a Kaohsiung graffiti crew, he had to come to terms with many difficult decisions. Seeing the challenges he’s faced as valuable experiences, the mental fortitude that came with having dealt with these hardships have contributed to his career as an artist. Looking back on his past, he says, “Making a career out of being an artist will be different for everybody. Every artist will have to walk their own path. Identifying fact from fiction is important, but having a clear conscience is the most important. My only advice is for them to be patient.” 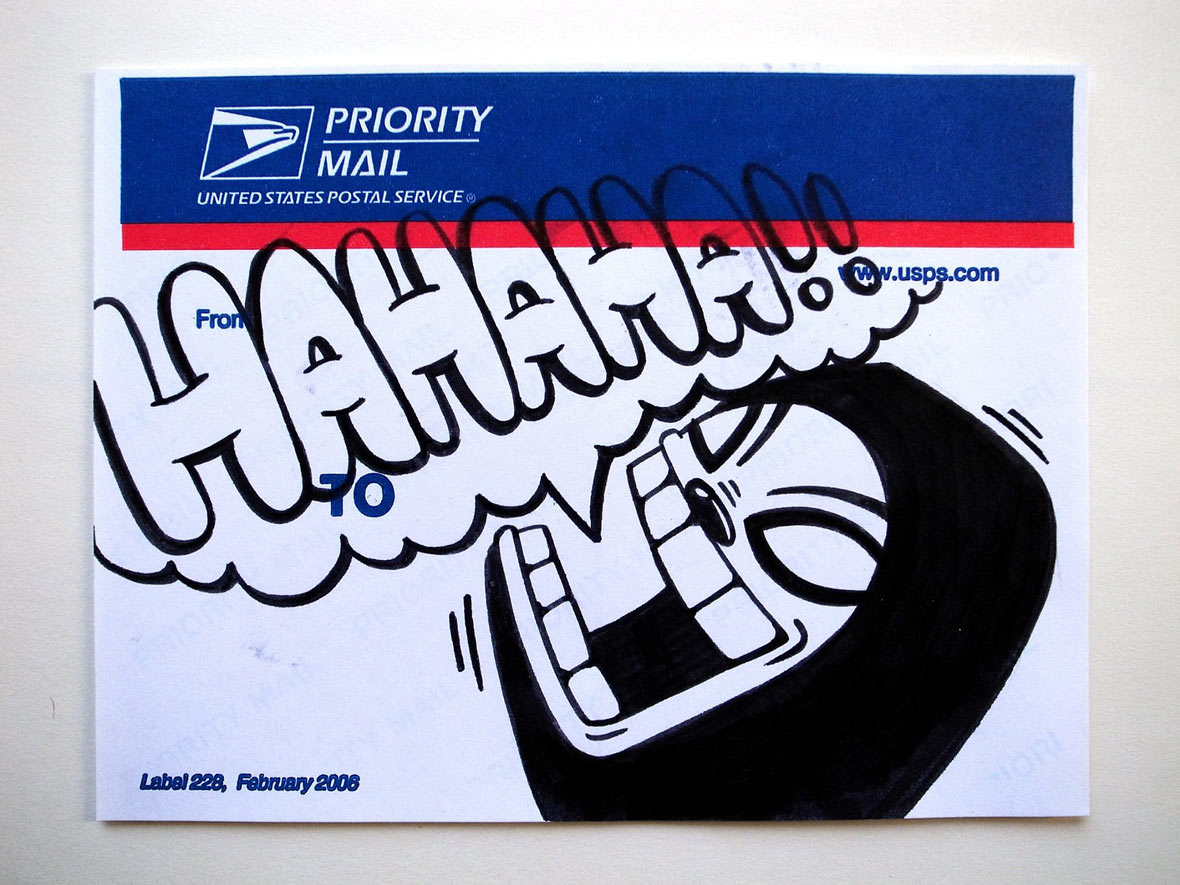 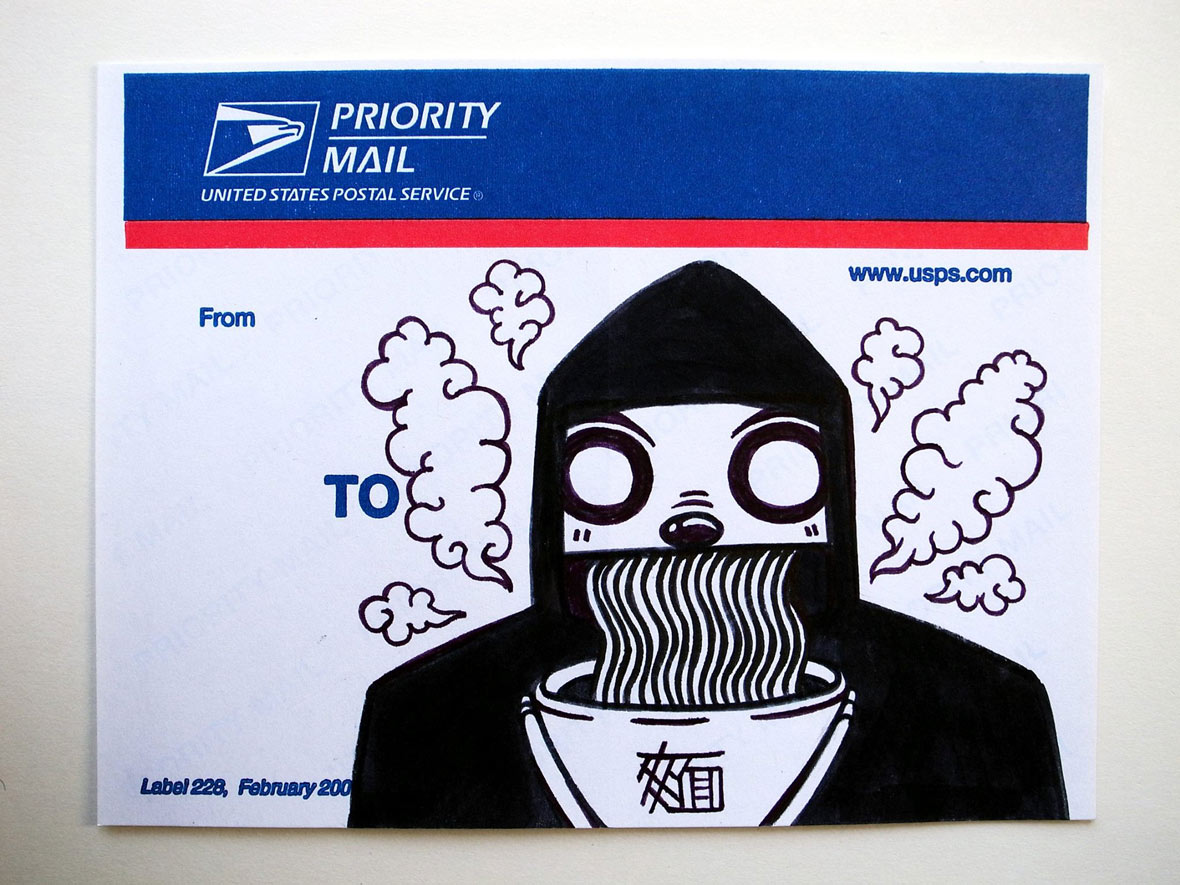 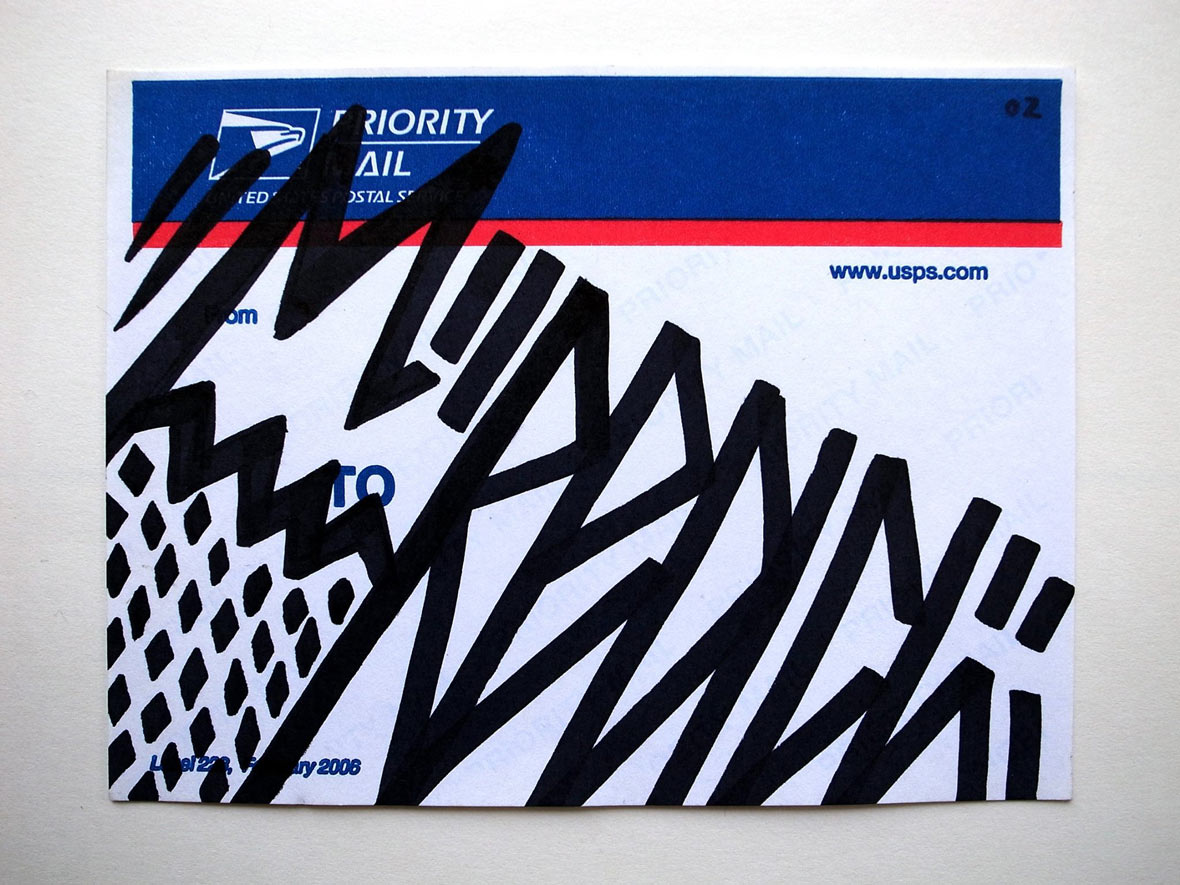 When street artists start gaining a following and receiving attention from the media as well as from other artists, they’ll often start receiving opportunities to create paid commercial work. Reach’s success today followed this familiar route that other street artists have gone down. The balancing act between creating art and commercial work is a delicate one, and Reach isn’t afraid to speak out about artists having financial needs. He emphasizes that no matter what a person’s viewpoint on the differences between artwork and commercial work might be, as long as the creator stays devoted to his own creative process and beliefs, then these two types of creations are only different in how they’re presented and the artistic quality of the creations will not be affected. 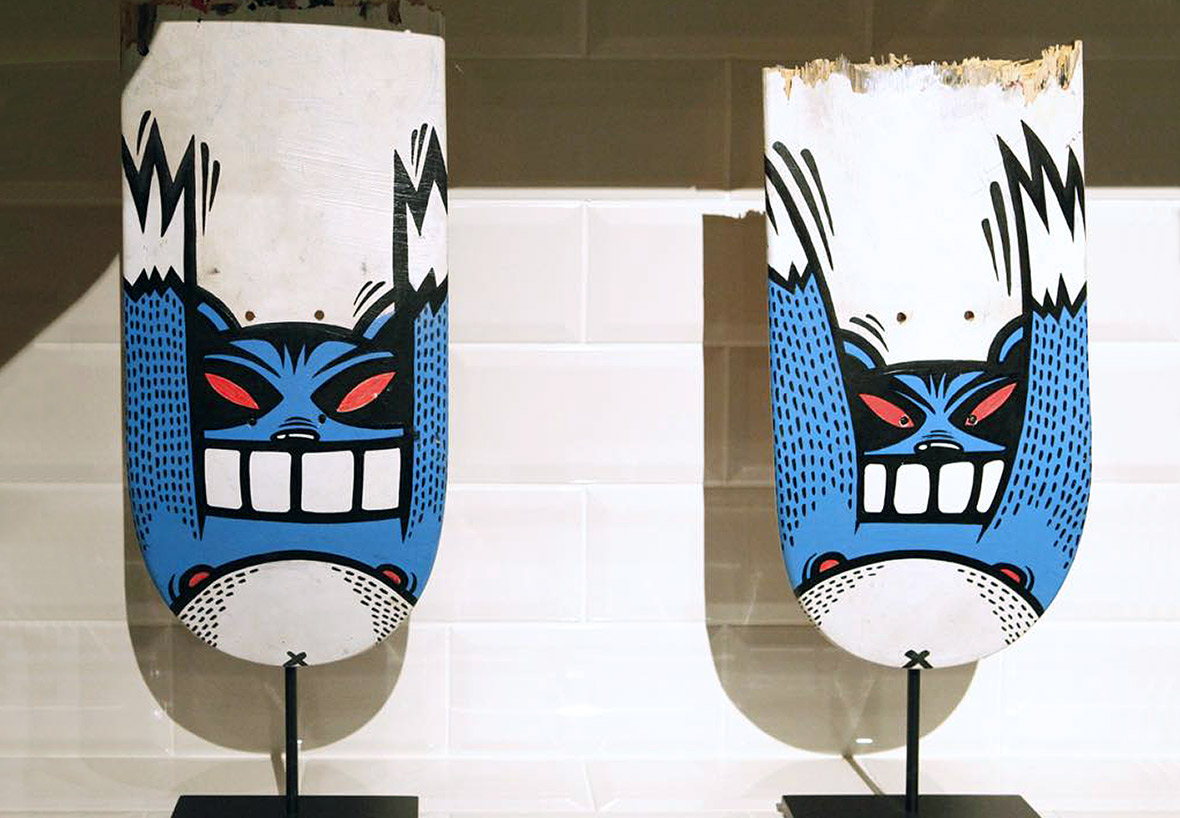 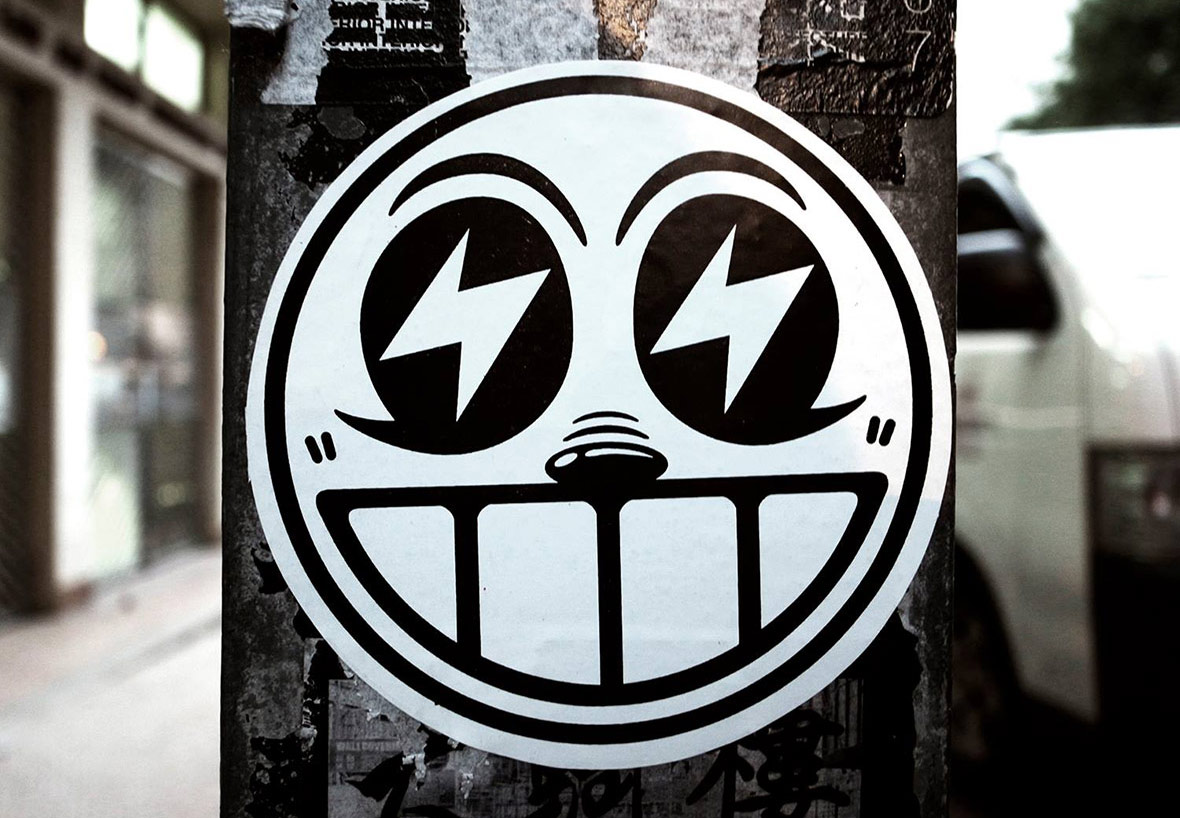 From being the head of Taiwan’s first graffiti crew to becoming the well-known artist that he is today, he has already had his fair share of solo exhibitions. Reach not only watched Taiwan’s graffiti scene mature and develop, but was an active and integral part of its growth. “In my opinion, I believe that Taiwanese graffiti is becoming more ‘professional’ so to speak. The entire environment and related industries are as well.” Having observed all the progress made over the years, he also sees many seasoned artists still committed to their art and continuing to improve upon their craft. But a lack of new artists entering the scene has left a void that’s yet to be filled, which is similar to the problem many traditional crafts are facing today. Reach believes the biggest problem “is the lack of industries supporting the craft, and a lack of a more nurturing environment for these artists.” He says, “So, many artists like me must look for opportunities abroad instead” 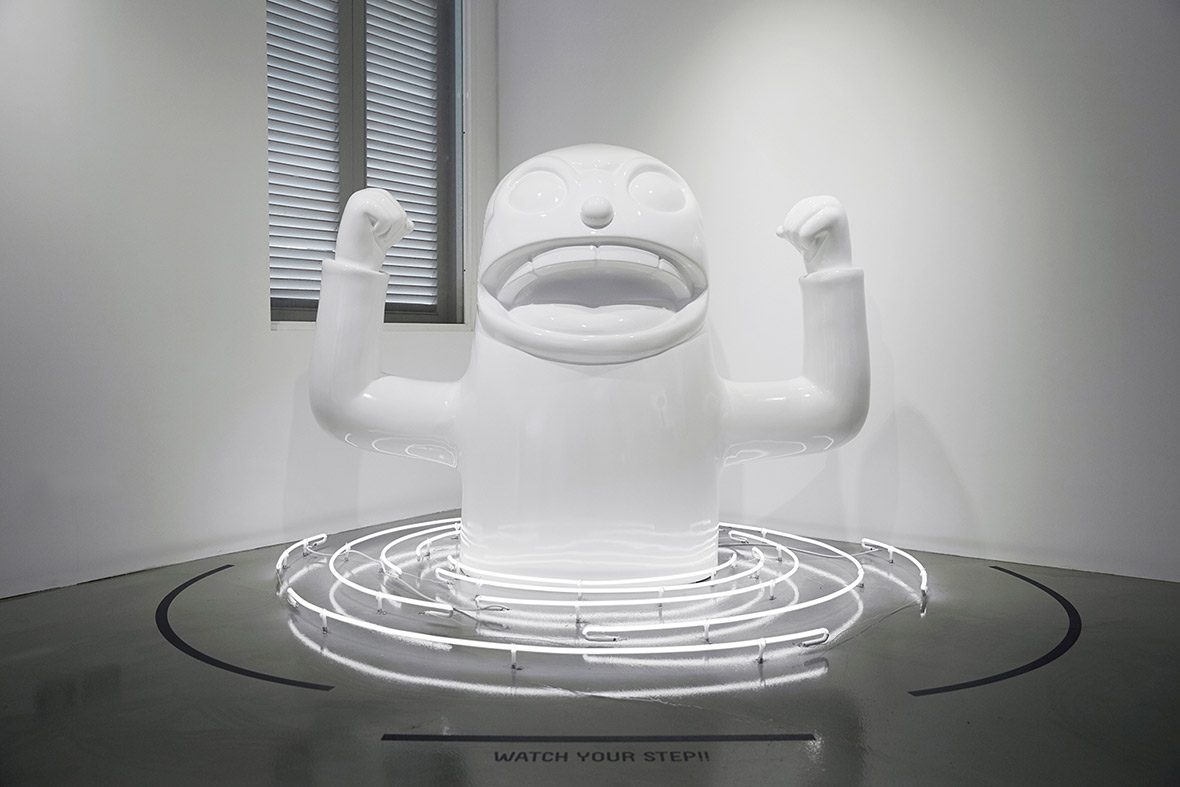 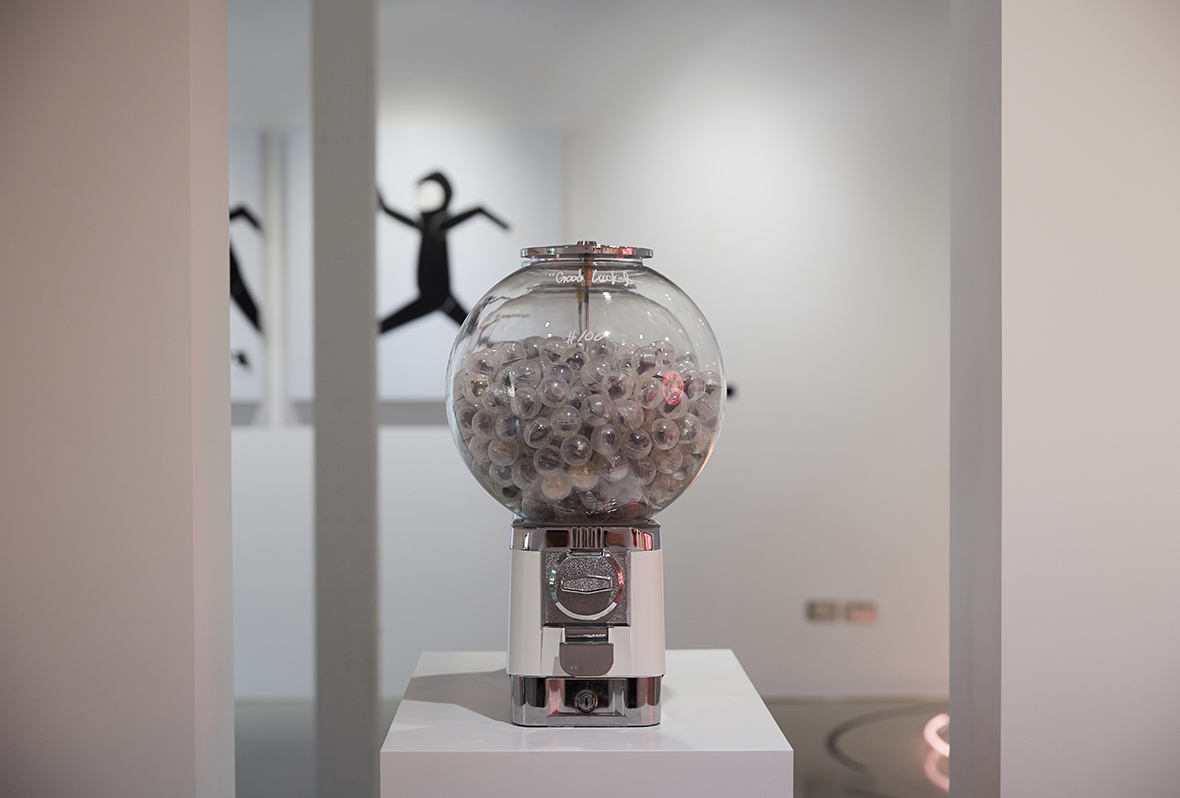 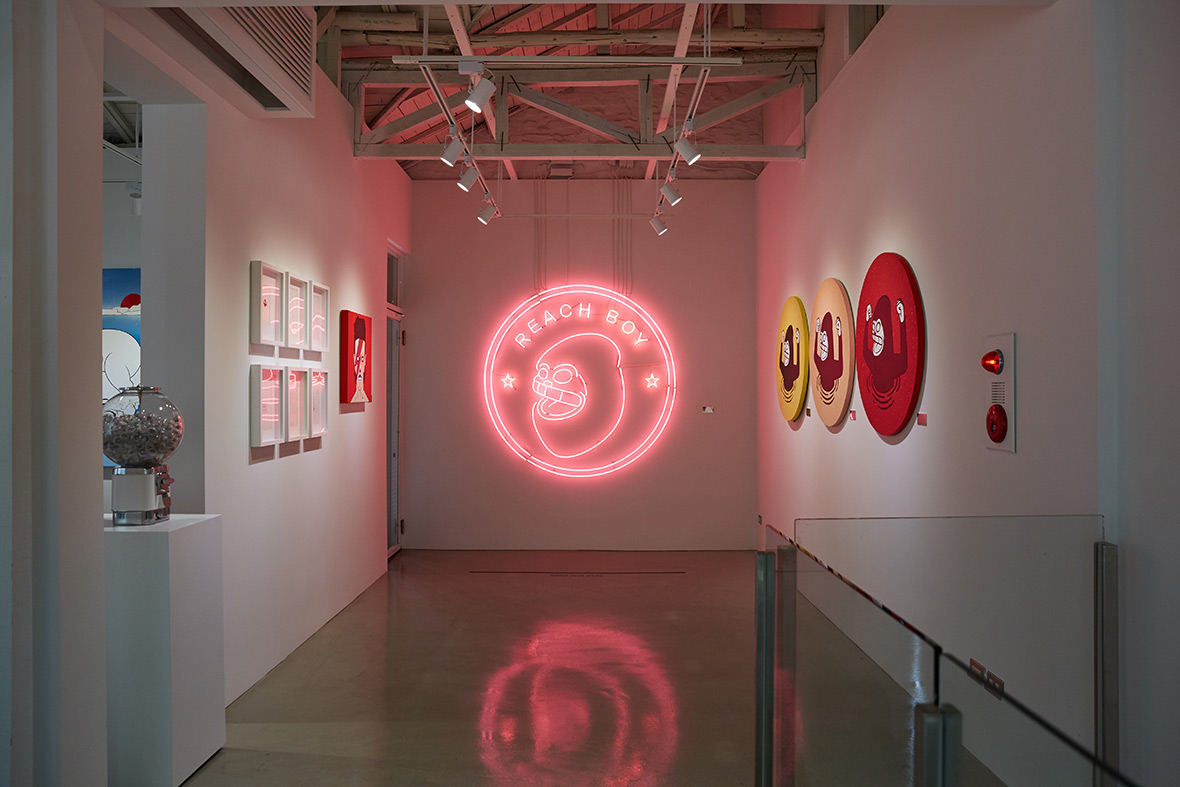 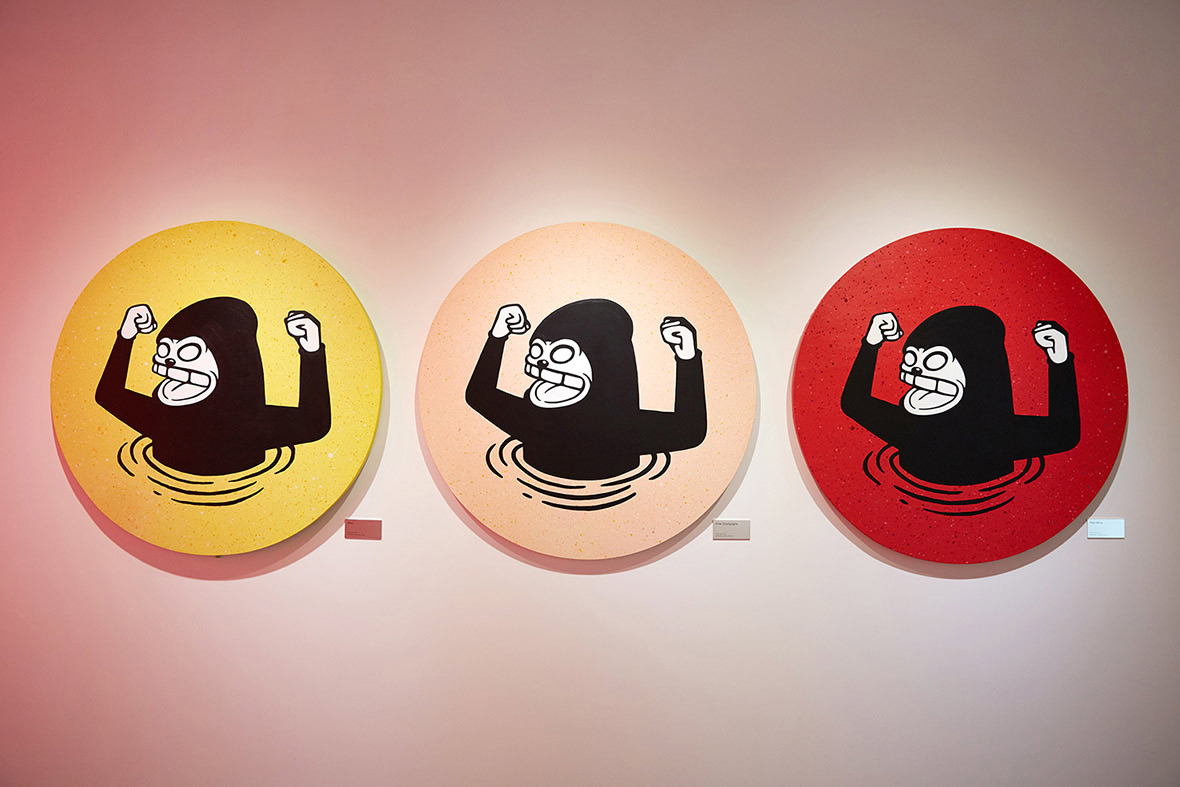 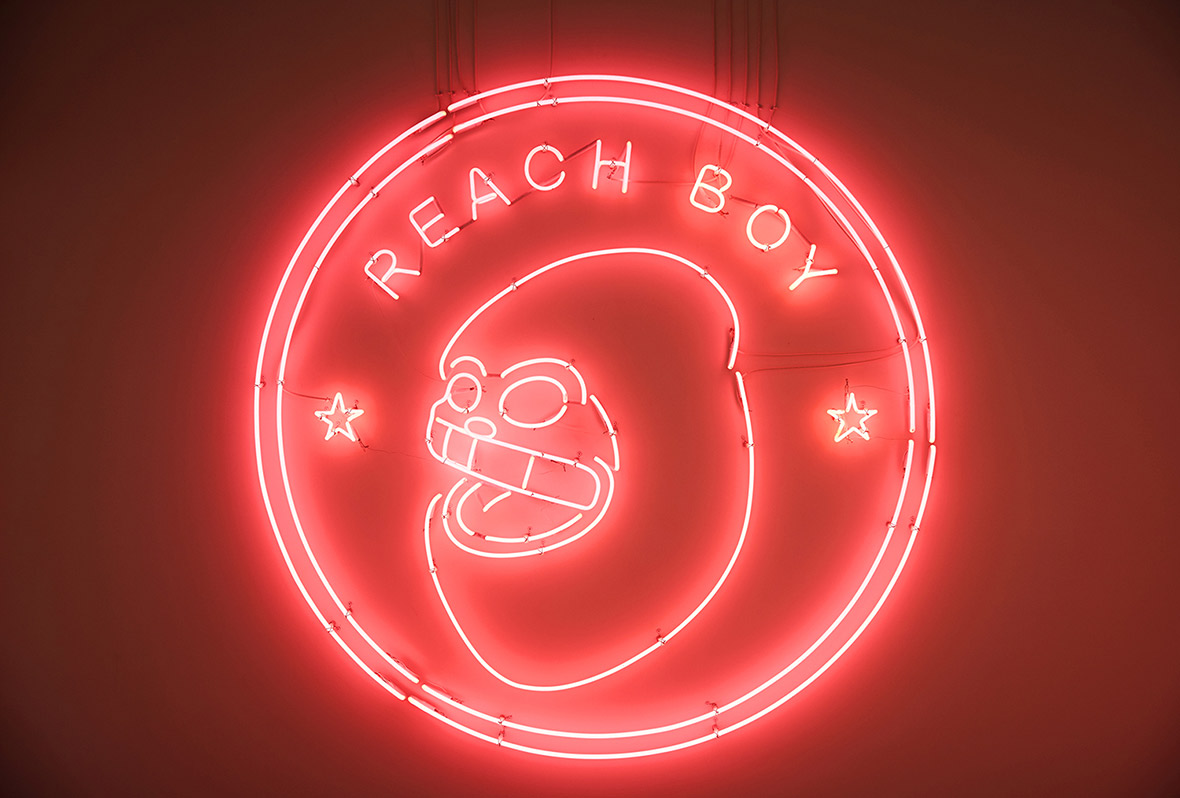 Earlier this year, between April and June, Reach held a new exhibition under the theme of “Drink Hard!” The new exhibition featured illustrations, neon lights, and installation works as tall as 150cm that were created using fibre-reinforced plastic. Other collaborative merchandise that were available for purchase at the exhibition included water glasses, coffee mugs, coasters, and pins (which were available via toy dispensers). The exhibit is a showcase of Reach’s signature artworks, which he describes as being about “presenting my feelings and the world as I see it through humorous exaggerations”. This exhibition explored the importance of respecting the environment. His message was that we must first change ourselves, and only through doing so will we begin to affect other people, and in turn, influence the world at large. 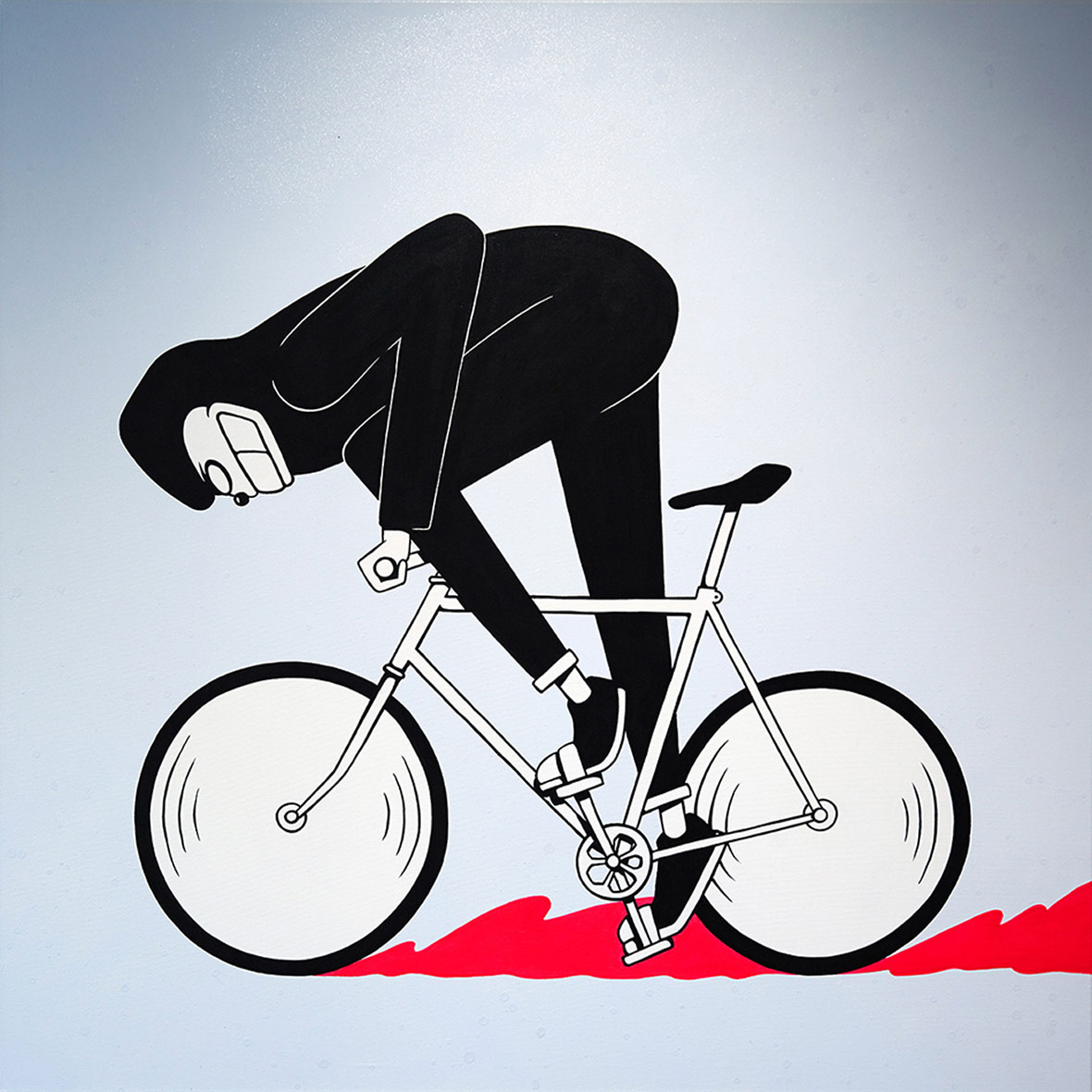 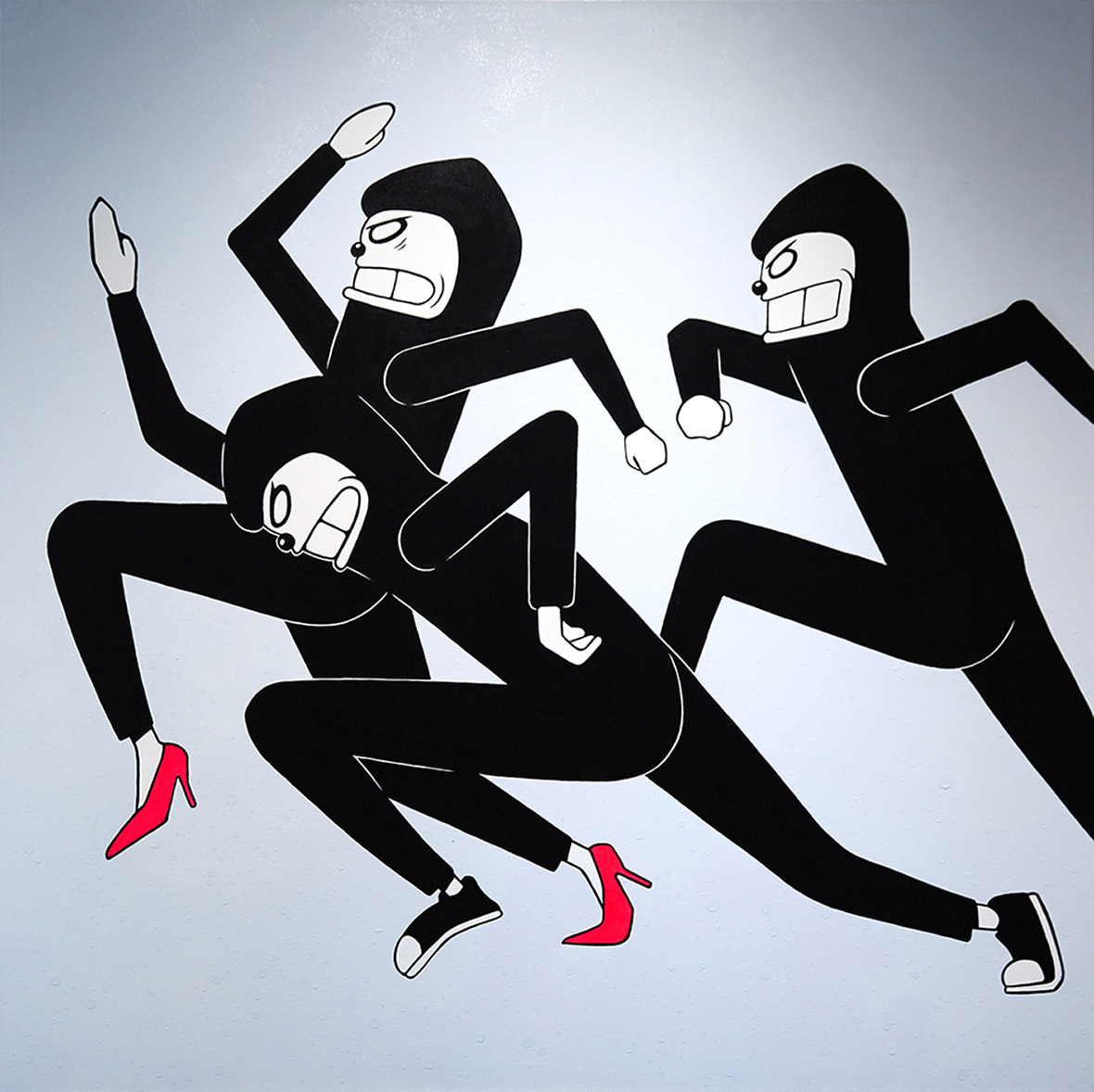 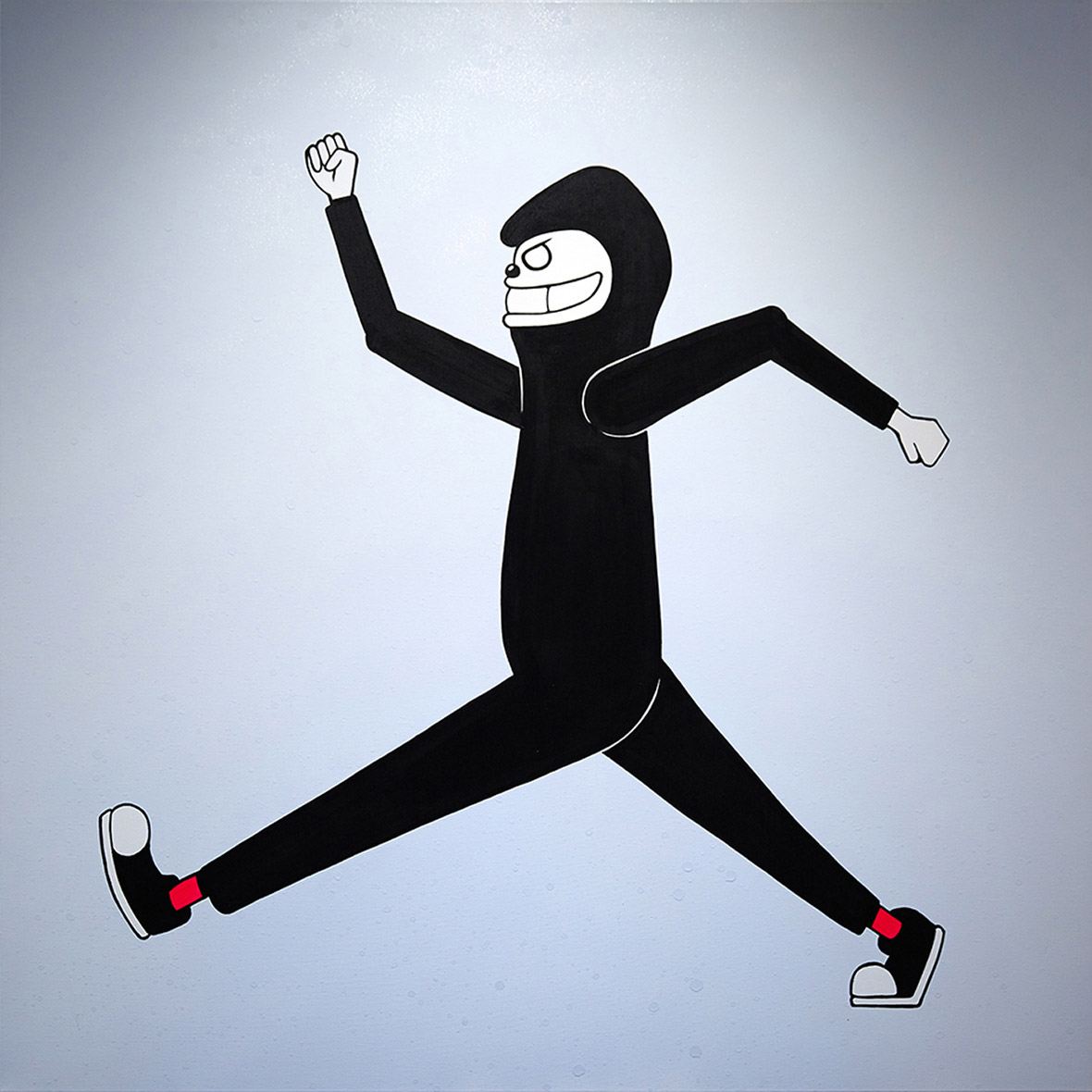 Having also recently participated in Kaohsiung’s Pier-2 Art Center’s “Art Around” project and a joint exhibition at Galerie Matthew Namour in Canada, Reach says he has no plans of slowing down, nor does he feel discouraged from the lack of mainstream support. He only has plans of improving and making even better art, and hopes to establish Taiwan as a creative force to be reckoned with, on an international level. Even more importantly, he wants to inspire and motivate this generation of young creators to be more fearless and courageous in their means of self-expression. 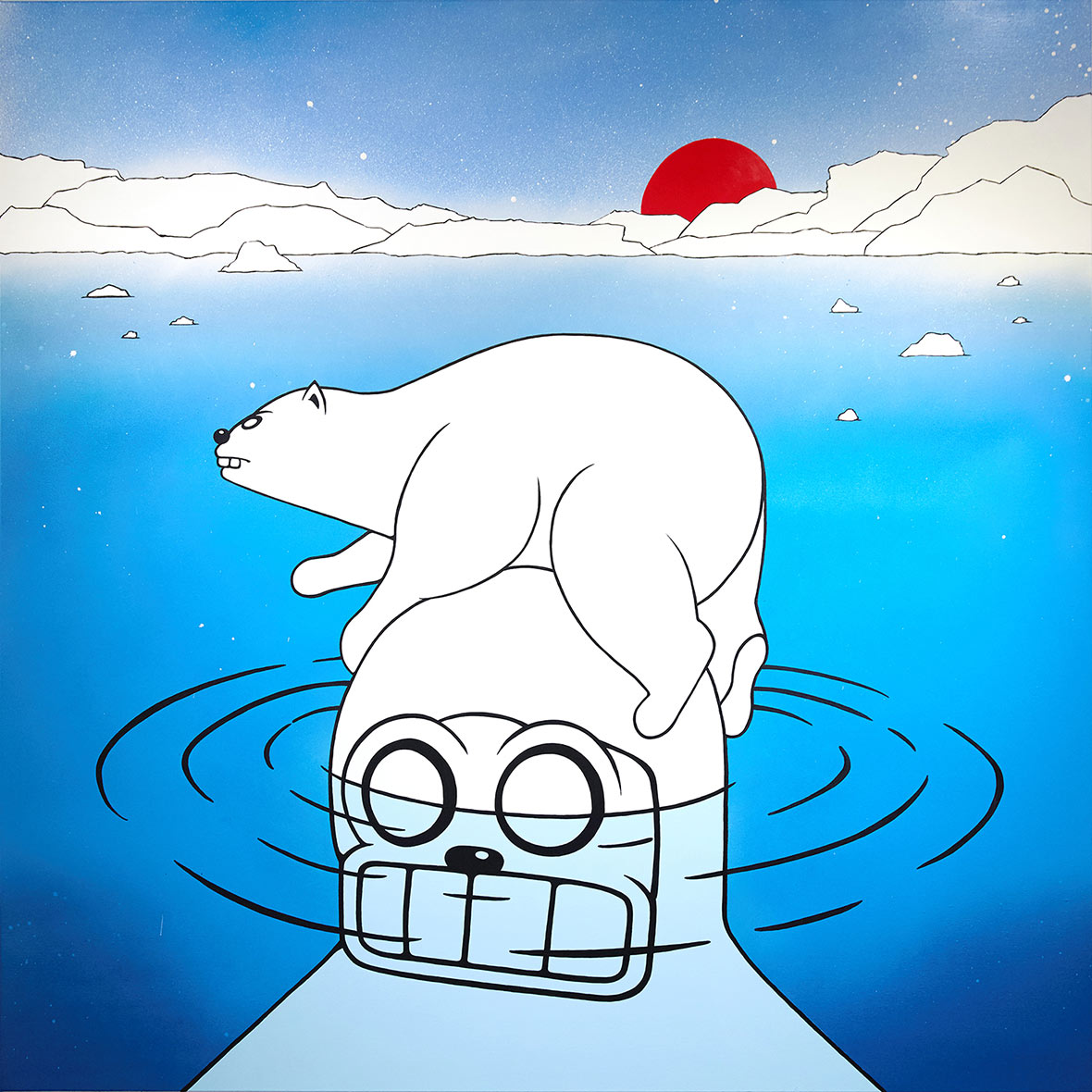 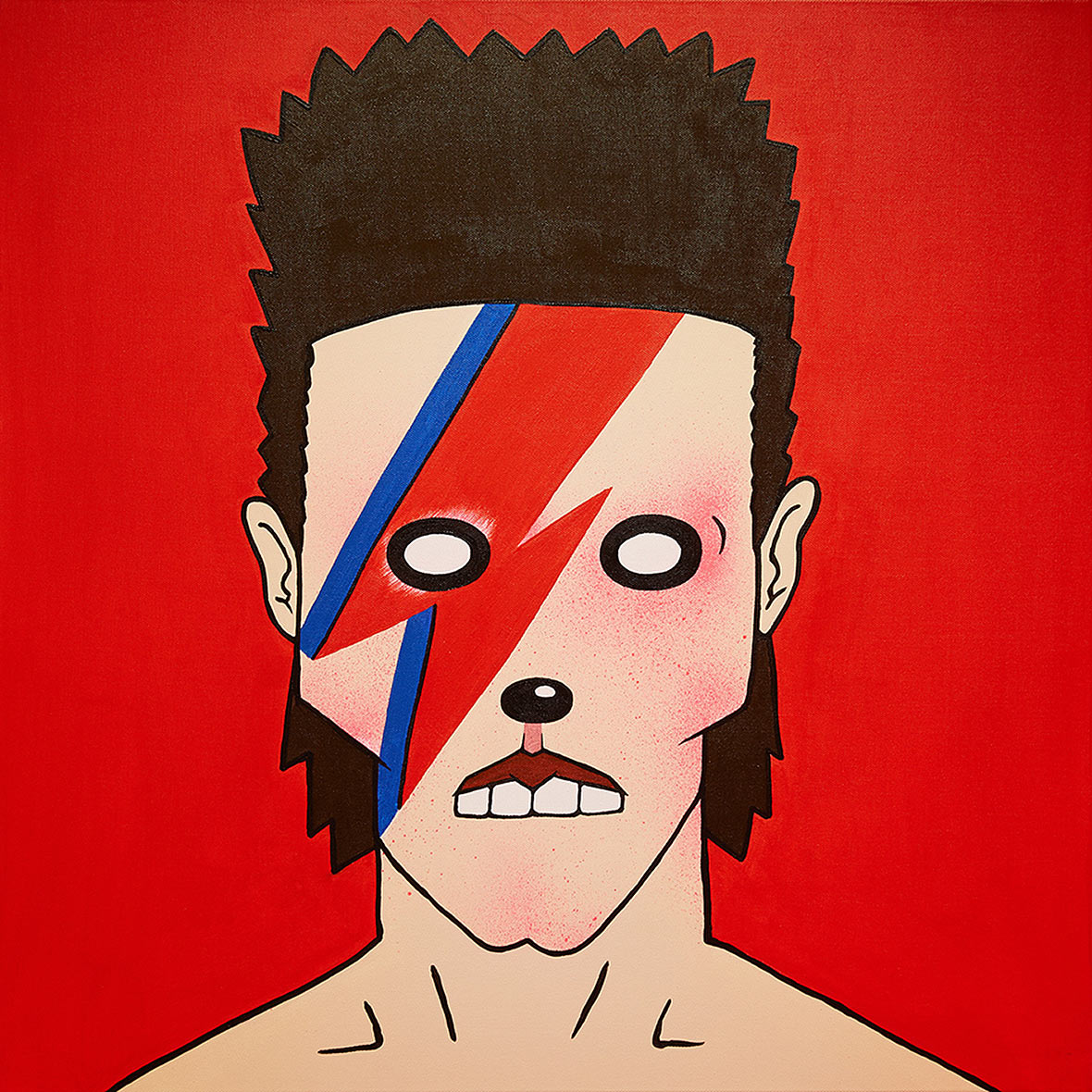