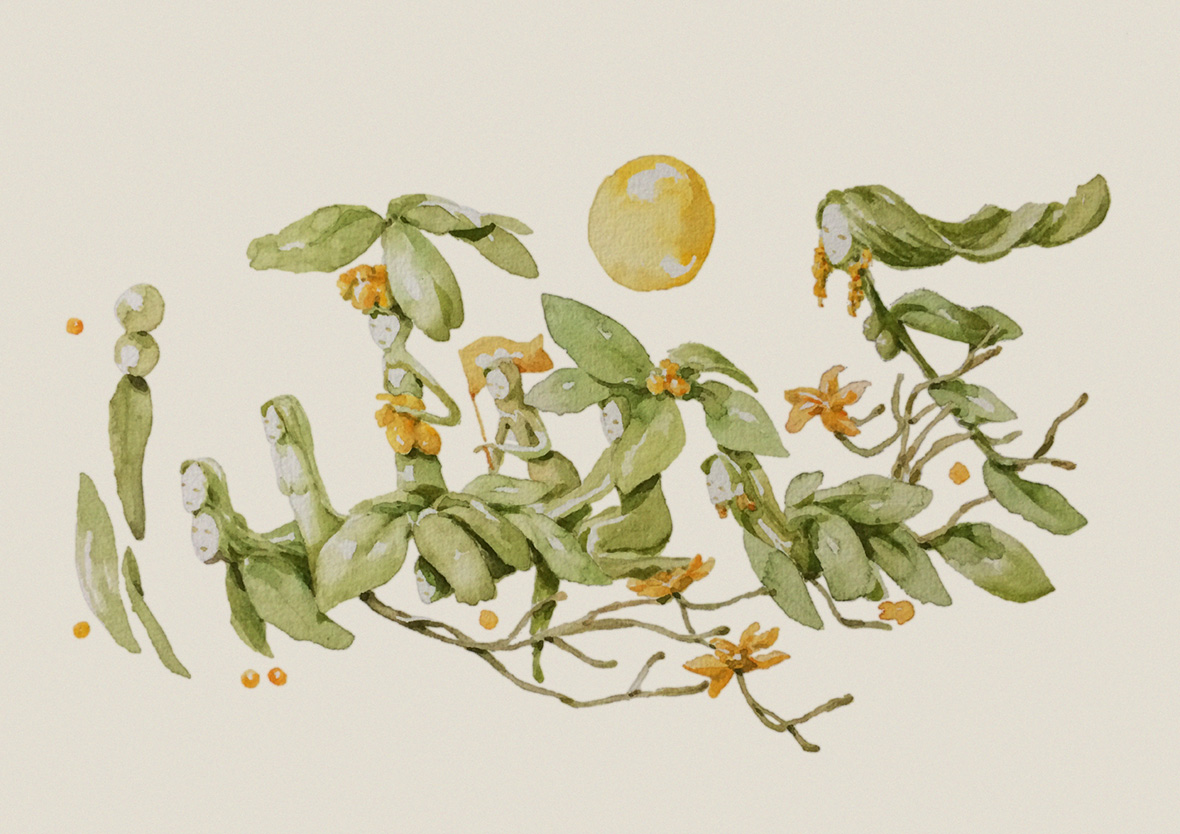 Nadhir Nor’s characters in his watercolor series Segan (‘Shy’) and Masih Segan (‘Still Shy’) look like magical sprites that could have appeared in a Studio Ghibli film or a vintage Walt Disney feature. The Malaysian illustrator brings his anthropomorphic plants gently to life with magic and wonder.

Nor’s interest in art has humble roots. He dabbled in drawing as a child, but it wasn’t until secondary school, when he discovered the online art community Deviantart, that art became a passion. Seeing all the various beautiful and wonderful works made by everyday people like him sparked Nor’s creativity, prompting him to pick up a tablet and experiment.

The mythical stories and the fantastical worlds ubiquitous in video games and animated films had always fascinated him, and that eventually brought on an epiphany. “We don’t have to only consume these interesting stories and worlds,” he says. “We could also create them ourselves.” 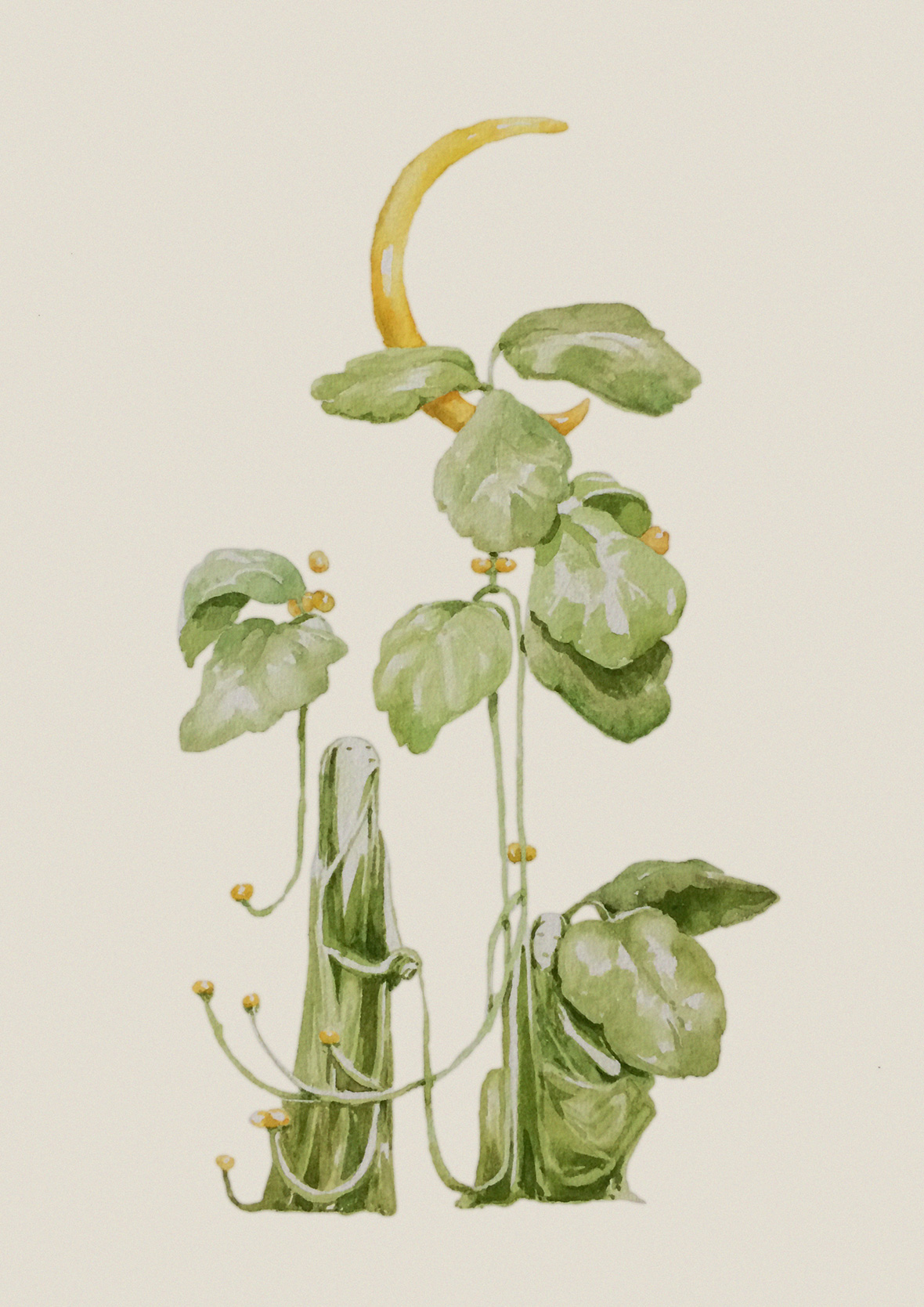 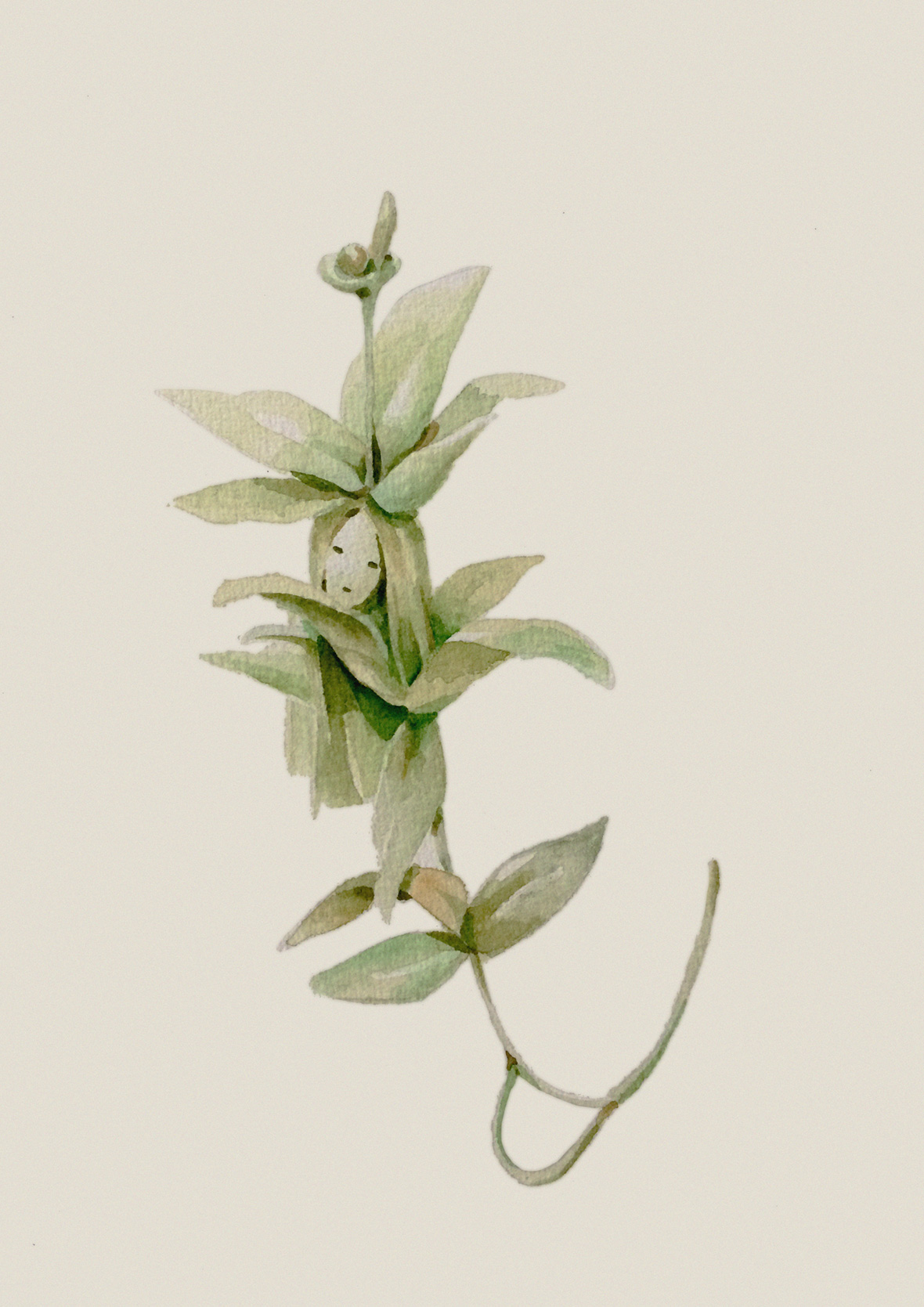 Segan grew out of Nor’s time in the residency program at Rimbun Dahan, a Malaysian center for the development of traditional and contemporary art forms. Before he began the program, he worked full-time as an animation concept artist and could only explore his personal projects on nights and weekends. He decided to take up the residency to rediscover himself as both an artist and storyteller, and to have the chance to immerse himself fully in his watercolors without having to worry about catching up on work and sleep the next day. 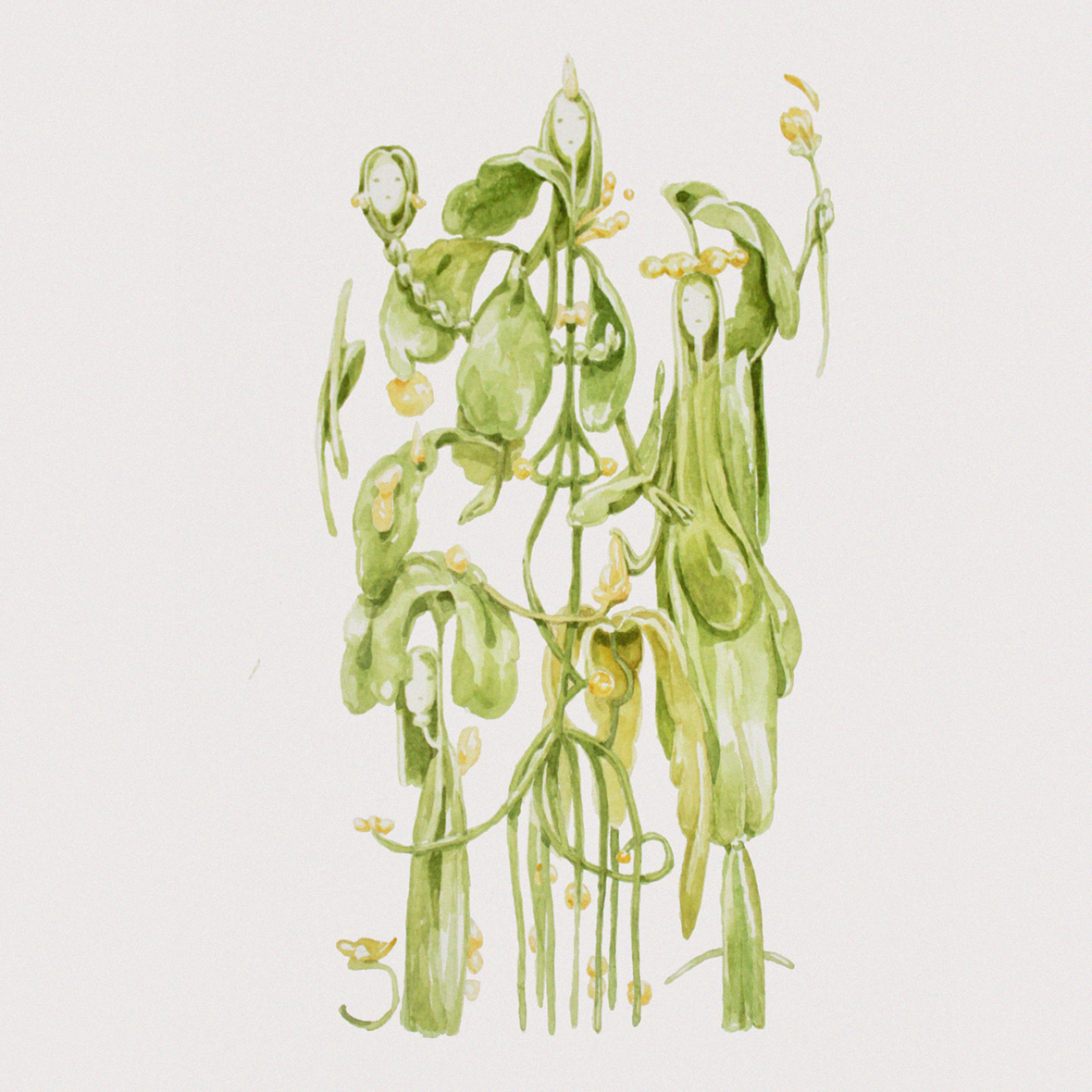 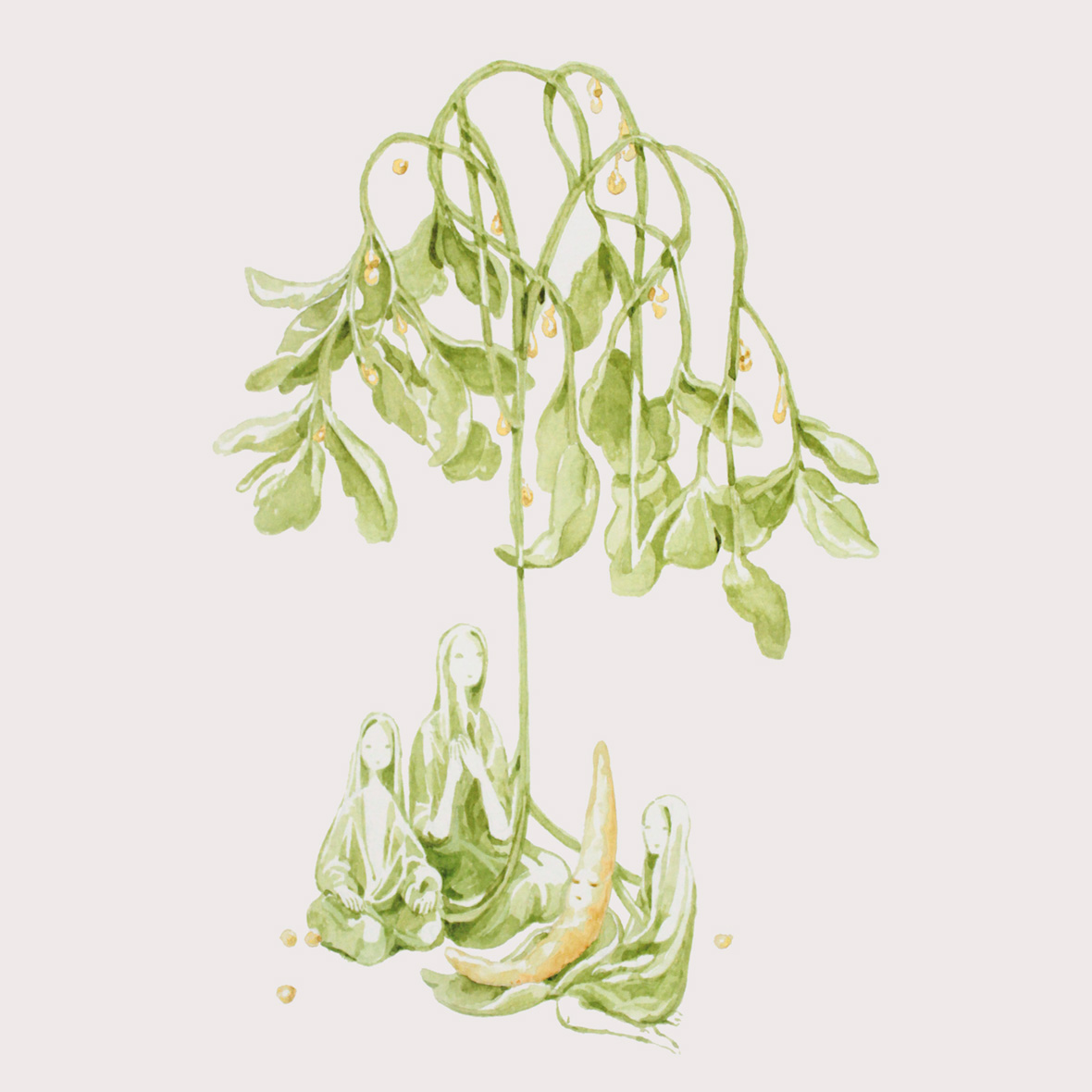 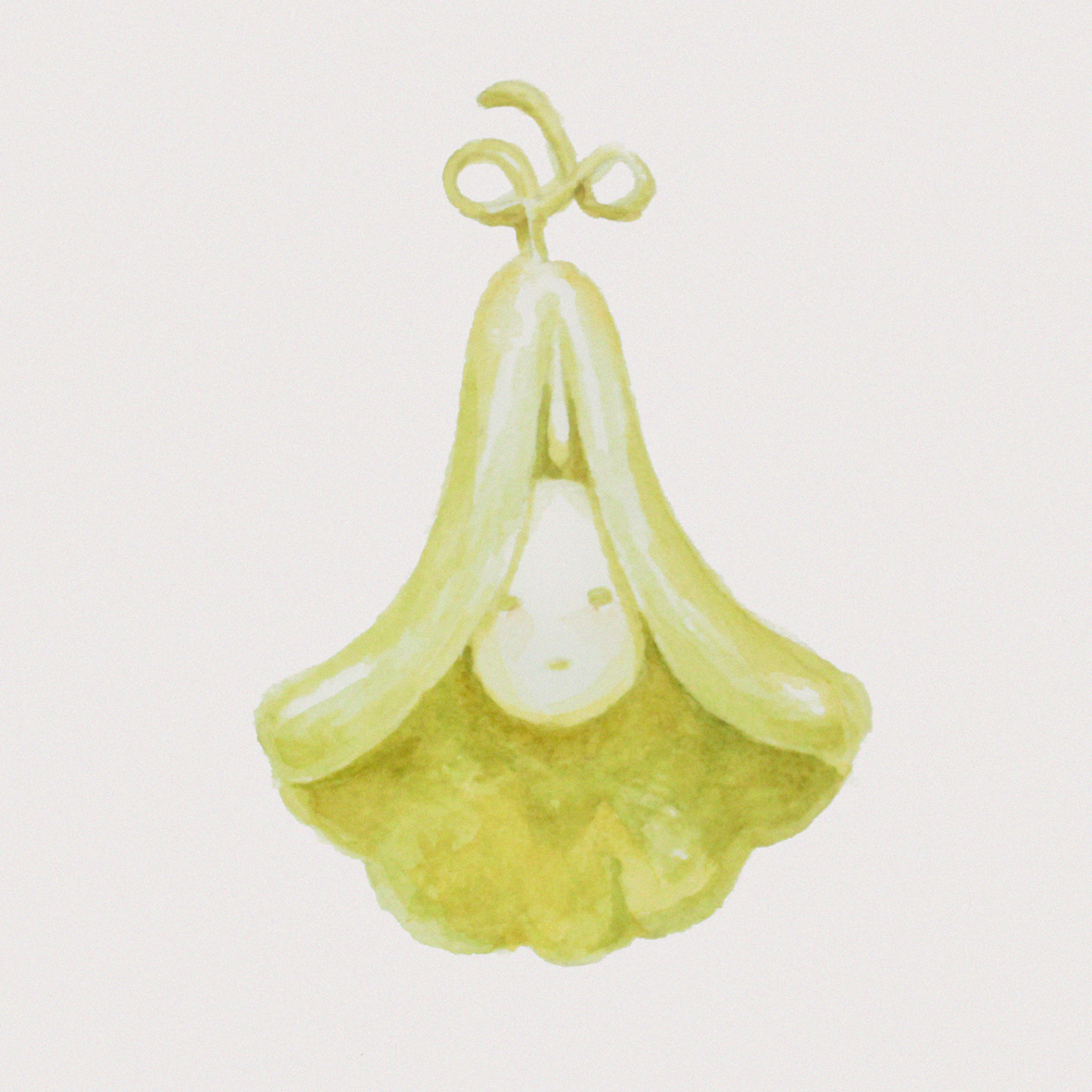 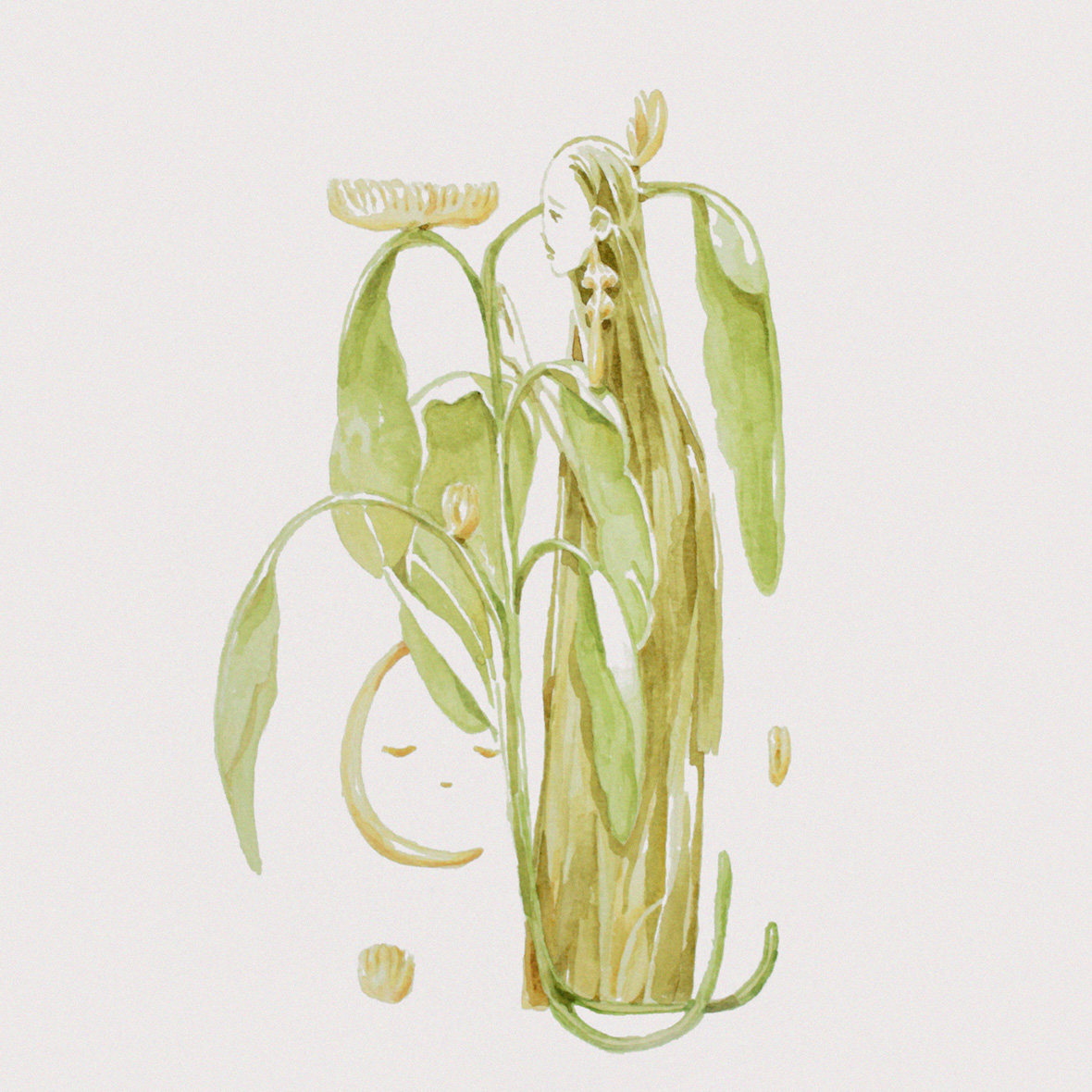 Like many happy accidents, the series didn’t start off with a concrete plan. It began with Nor’s “segan-ness” both in his exploration of watercolors and in his presence at the well-known art center. The idea stemmed from an emotional source rather than tangible inspirations, coupled with the influence of being surrounded by the pristine nature that surrounds Rimbun Dahan. Segan also stems from his culture—namely his interest in the belief of bunians and jins, spirits that quietly live among humans going about their everyday life.

“I want to remind people of the beauty in being sensitive, in being vulnerable, and how we can use it to help us,” he says. Of course, he’s aware of the irony of his title: had he truly been “segan” and not done anything with his works, he would have missed out on many opportunities. By recognizing his own insecurity, he managed to turn it on its head and use it to his advantage, instead of allowing it to overshadow him. 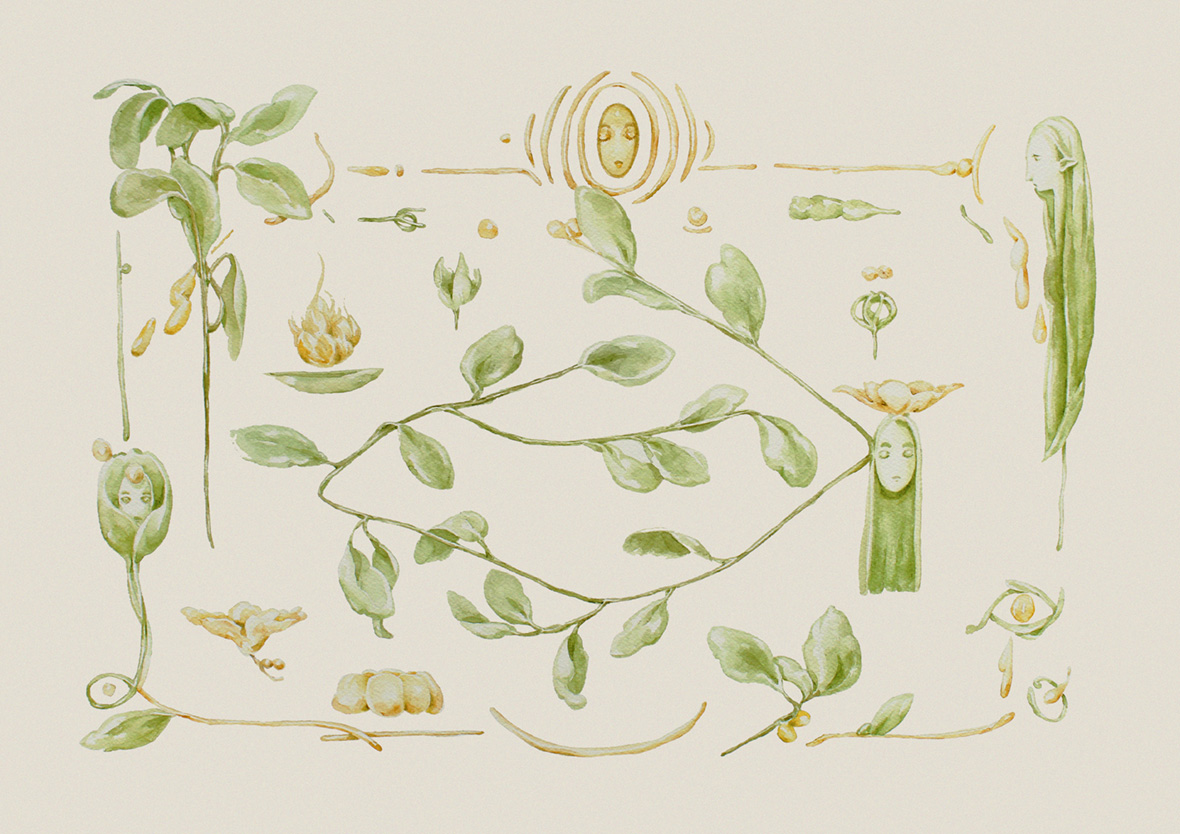 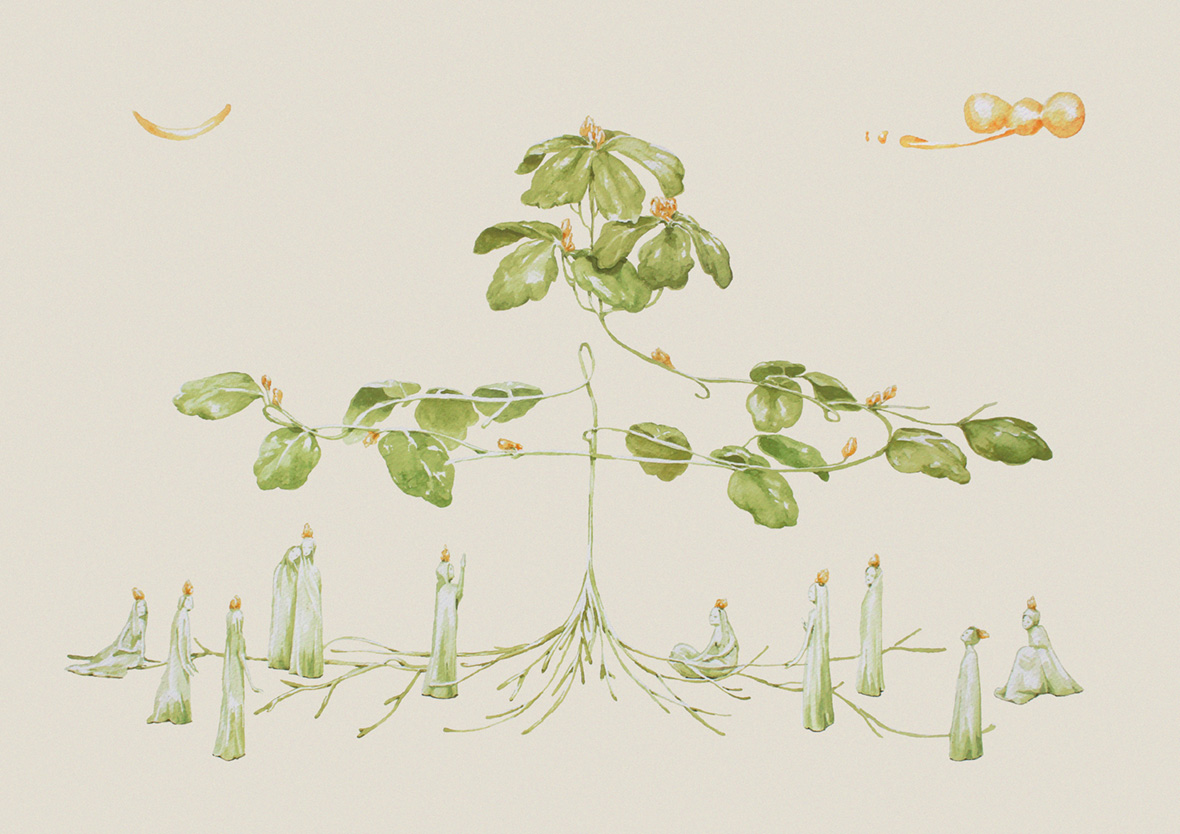 Nor considers himself vulnerable, but he’s in touch with his own vulnerability. “I think the beauty in being vulnerable is that it’s a good reminder that at the end of the day, as worried as we might be about things affecting us, it also means that we are allowing ourselves to grow. It’s about opening our door to possibilities, instead of shutting things down just because we’re afraid.”

He presents his stories through plants for their timelessness and omnipresence. They lack “any tinge of period or context” that would otherwise occur if he had used modern or prehistoric objects. “Vulnerability will probably be with us until the end of time, and I hope plants will too,” he says. 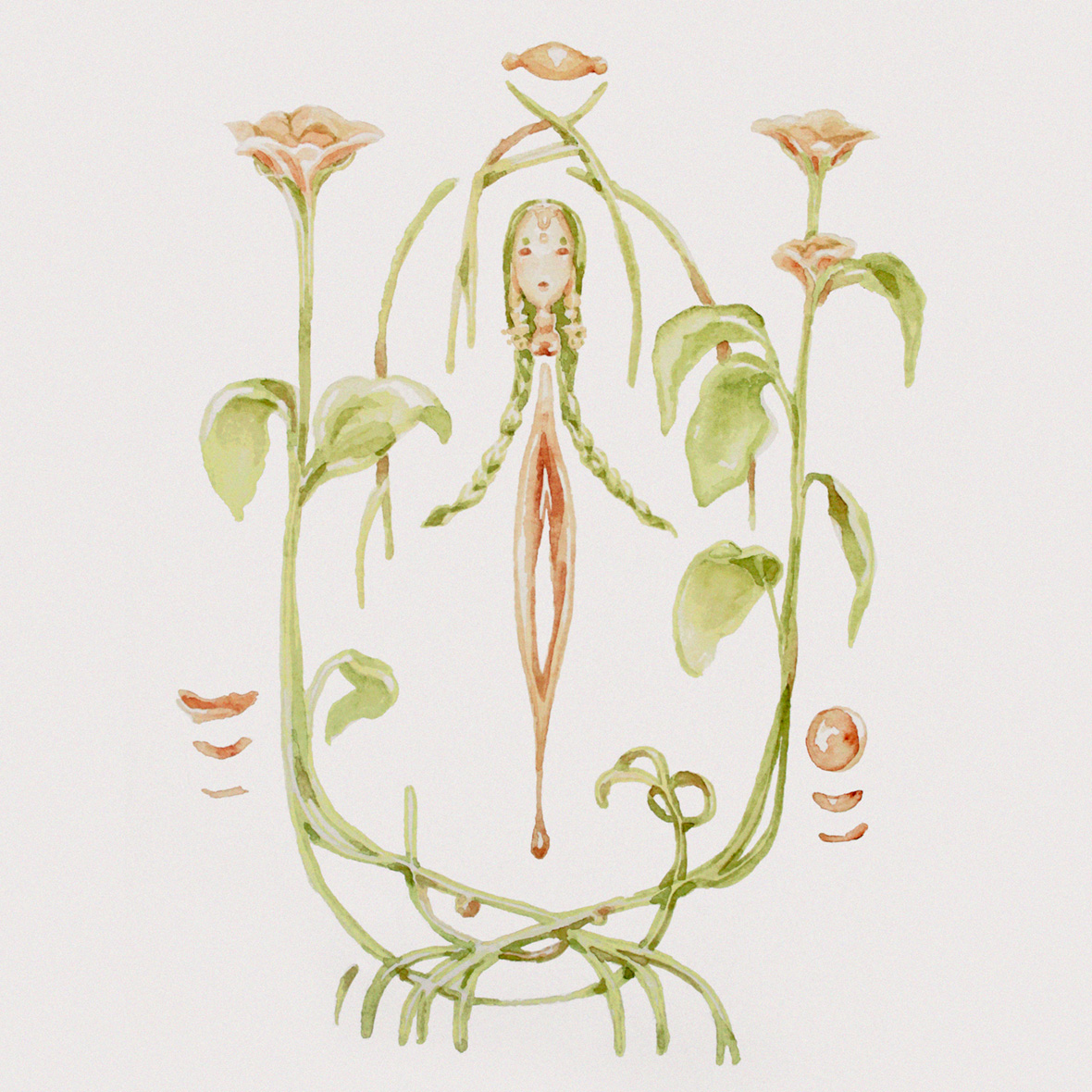 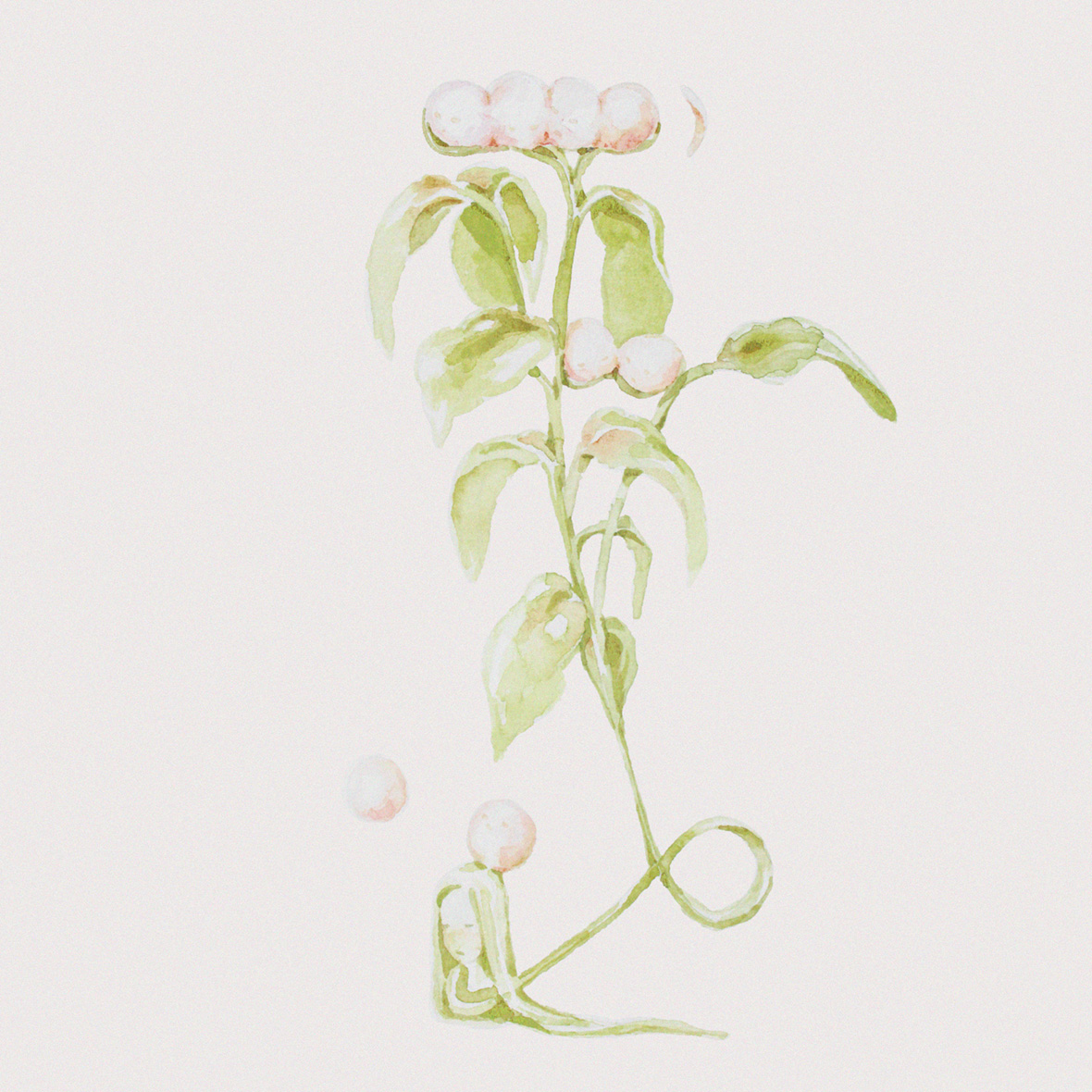 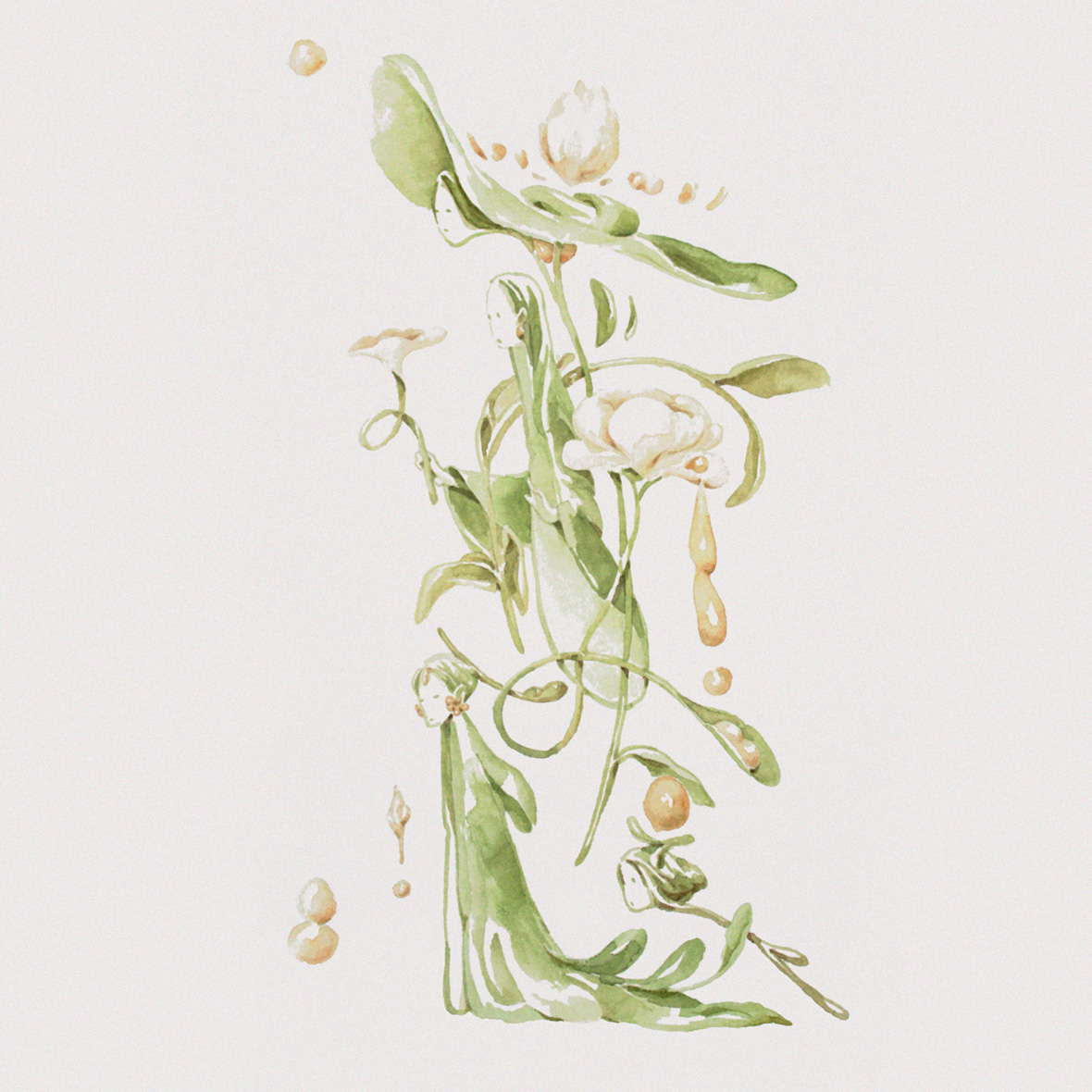 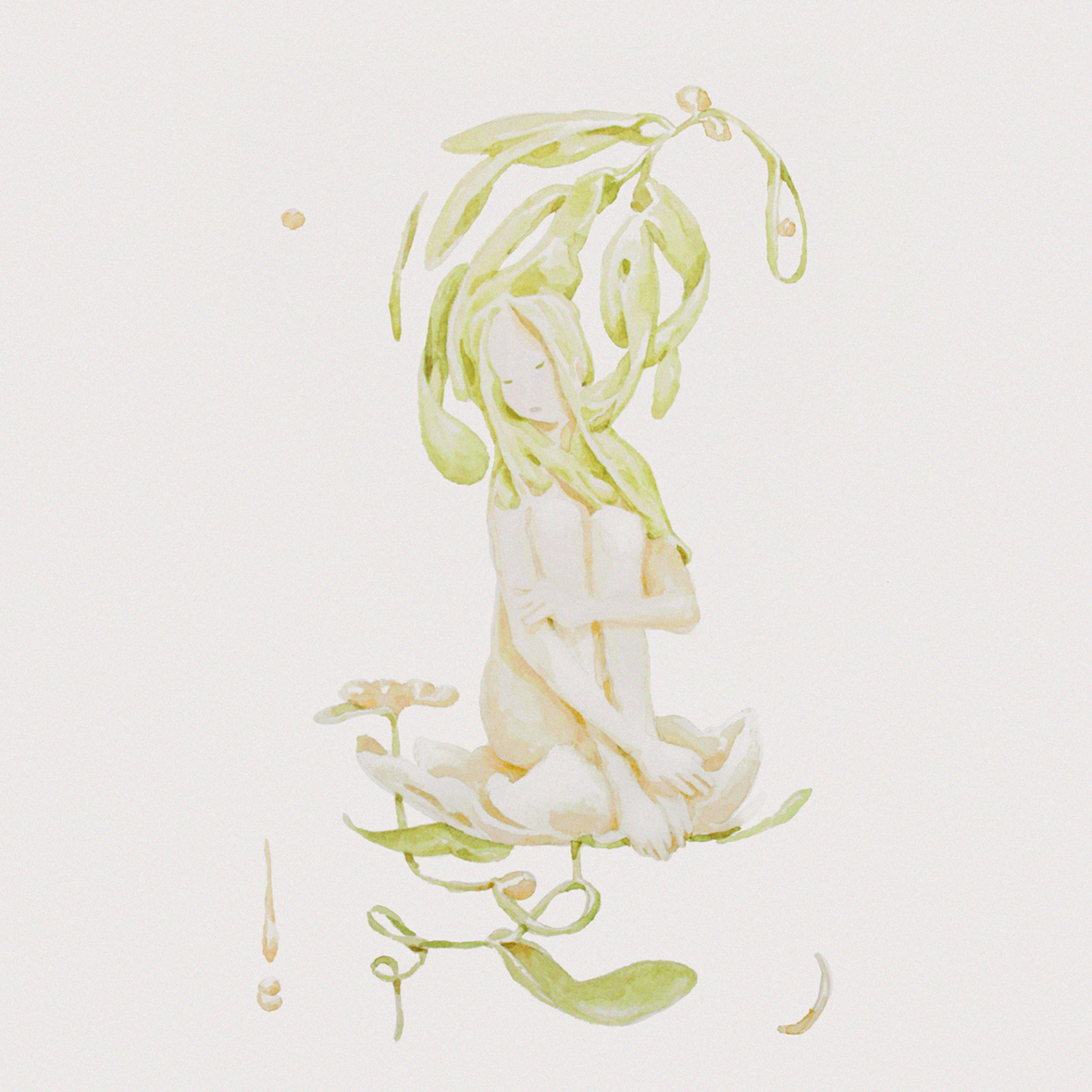 After the successful release of Segan, Nor followed up with Masih Segan. This second series took three months to complete, and it serves not just as a continuation of the first series, but also as a sort of commentary—on the good that came out of pushing himself to release his work, and the beauty of the uncertainty and possibilities that followed.

Nor is now basking in the sunlight, and there’s still plenty of time for him to bloom. Though he hopes to move on to other mediums, he believes there’s still much more to discover in the softness and unpredictability of watercolors. He’s also keen to go back and explore his lifelong fascination with the art of fantasy role-playing games and possibly collaborate with other Malaysian artists.

“A big part of my shyness—my ‘segan’-ness—with the series came from the fact that I am not from the fine arts scene. I focused heavily during college and worked on entertainment art, which is more commercial. So it’s definitely daunting to be dipping my feet into this scene. But it’s been exciting, and people have been supportive.”