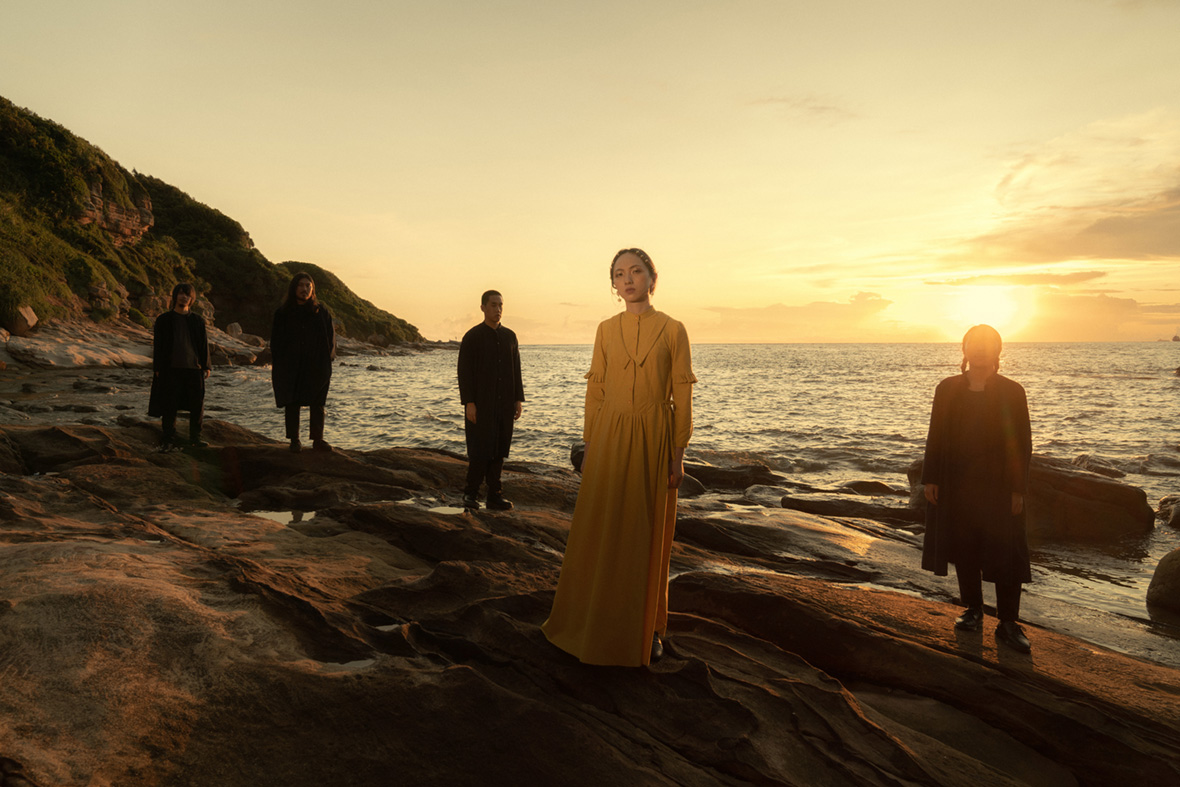 The unknowable sonic textures that a child hears inside its mother’s womb aren’t exactly a conventional source of influence. However, for Taiwanese shoegazers DoZzz, this embryonic experience of sound provides the foundational concept for their first full-length album Passage. As its title suggests, Passage is marked by transitions: time elapses and states of consciousness blur across twelve tracks of constantly shifting sonic terrain that waver between life and death, darkness and light. 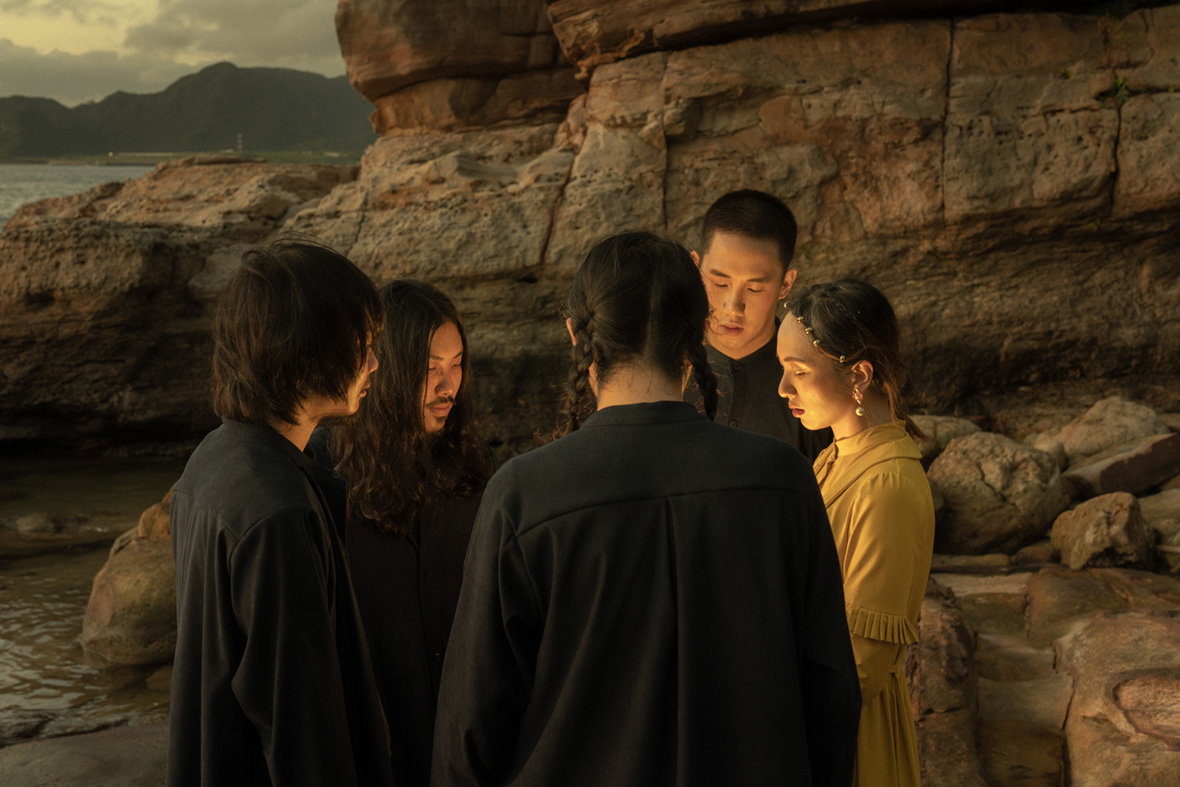 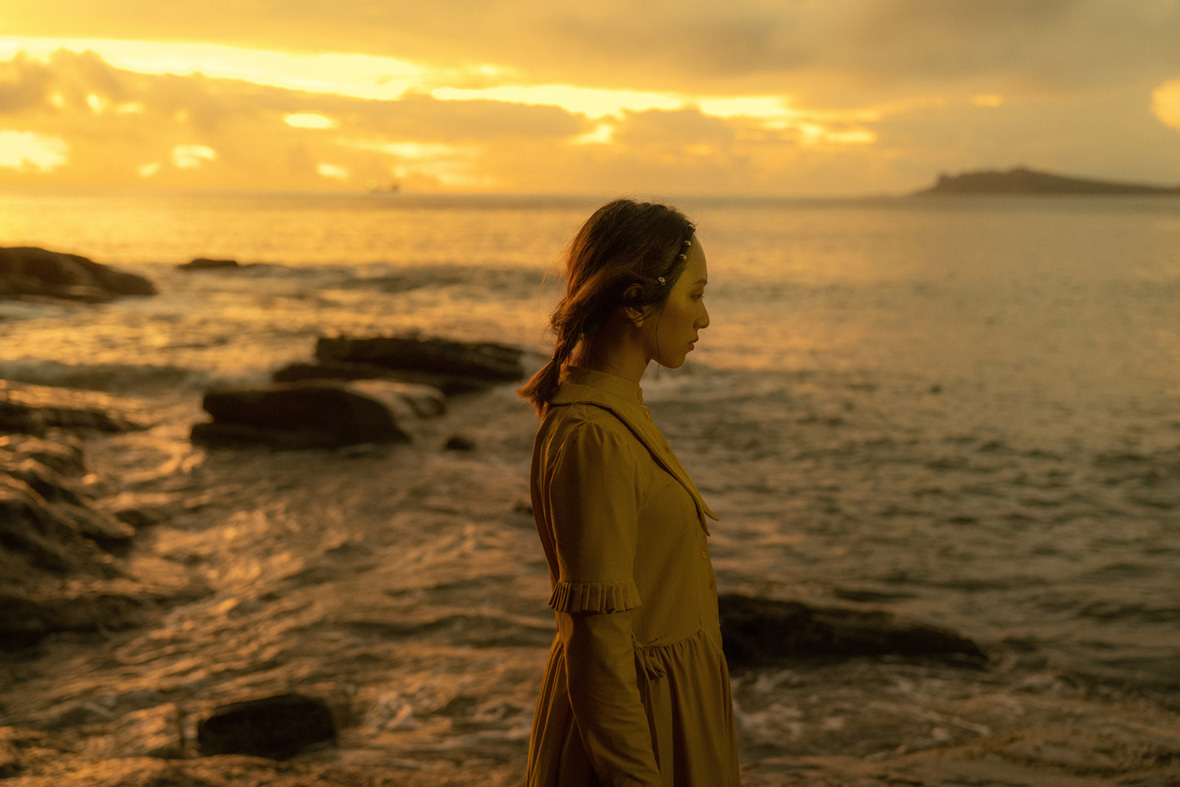 Listen to select tracks from Passage below:

“With Passage, we wanted to somehow capture the beginning of life,” says guitarist Shengwei. “Being surrounded by amniotic fluid, there must be an overriding sense of ambiguity to every sight and sound, an unbounded chaos of sorts, and we tried to translate that experience by using guitar noise and strong low frequencies at very high volumes.” 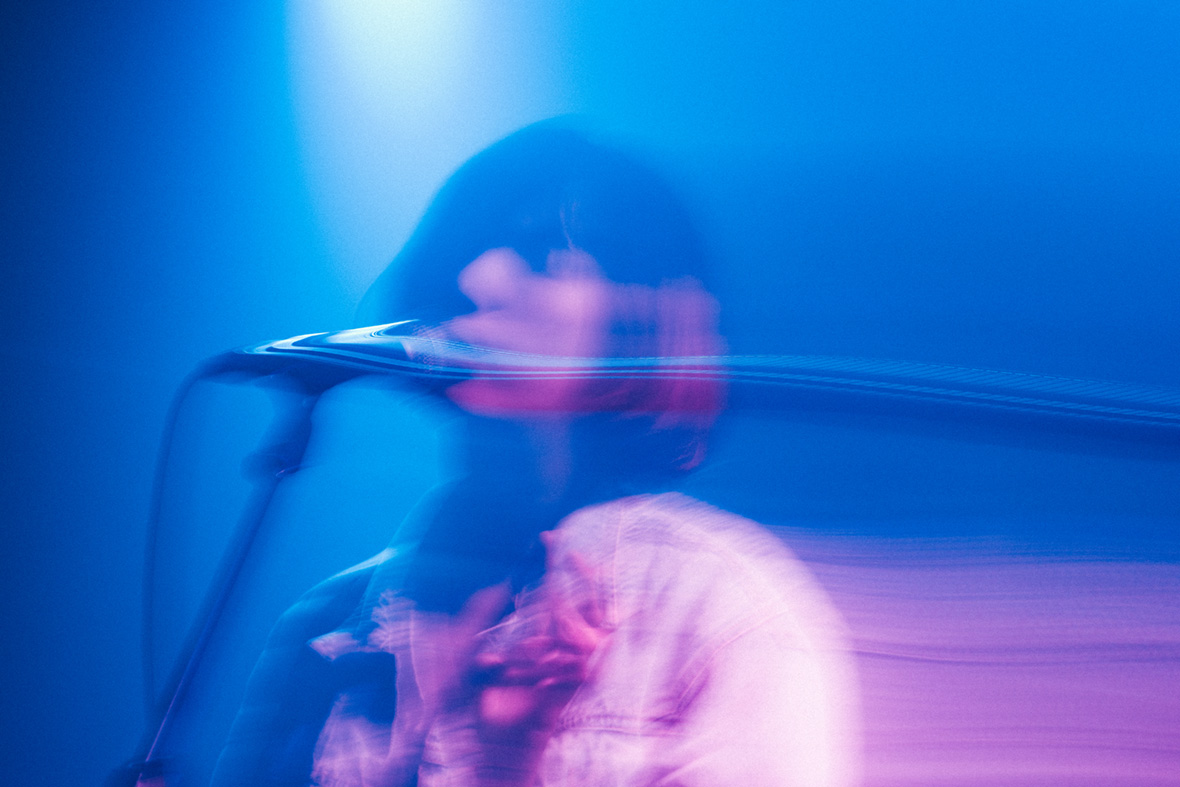 The result is an addictive mix of warped noise, fuzz, and distortion, surging rivers of sound that ebb and flow, branching out into a labyrinth of emotions suffused with a nocturnal restlessness and longing. Or as Shengwei explains, “Blurring the boundary between dreams and reality, the huge wall of sound is like a slow-moving mountain, a sort of spiritual sanctuary in which heterogeneous sounds create an atmosphere of returning to the beginning of life.”

Amidst a maelstrom of granular guitars, muscular drumming, and vocal fragments in the songs “Don’t” and “4am,” it almost does seem as if the band has captured the tectonic noise of a slow-moving mountain, while the album’s final tracks “It’s You” and “Fuzzy Mt.” resound with the type of delay effects that would make Slowdive’s Neil Halstead smile. It should come as no surprise that the band counts the Reading shoegaze pioneers as formative influences along with My Bloody Valentine and Astrobrite/Lovesliescrushing. 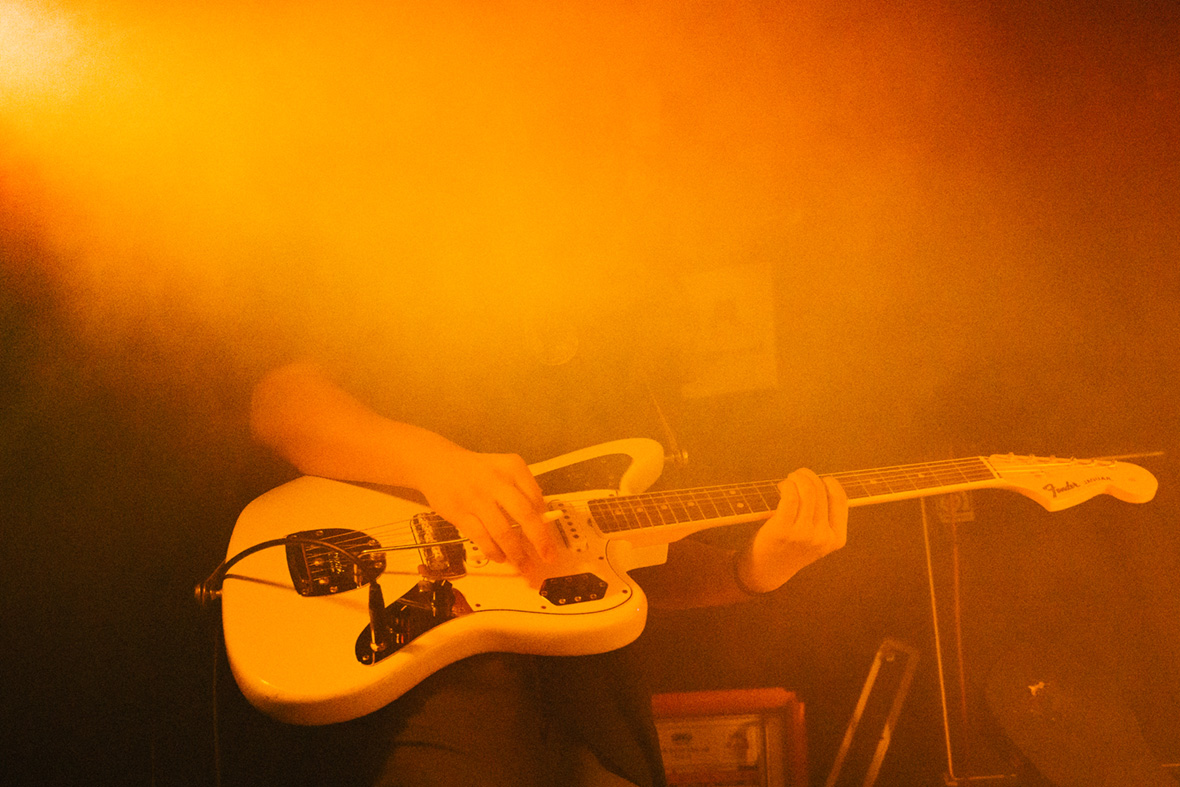 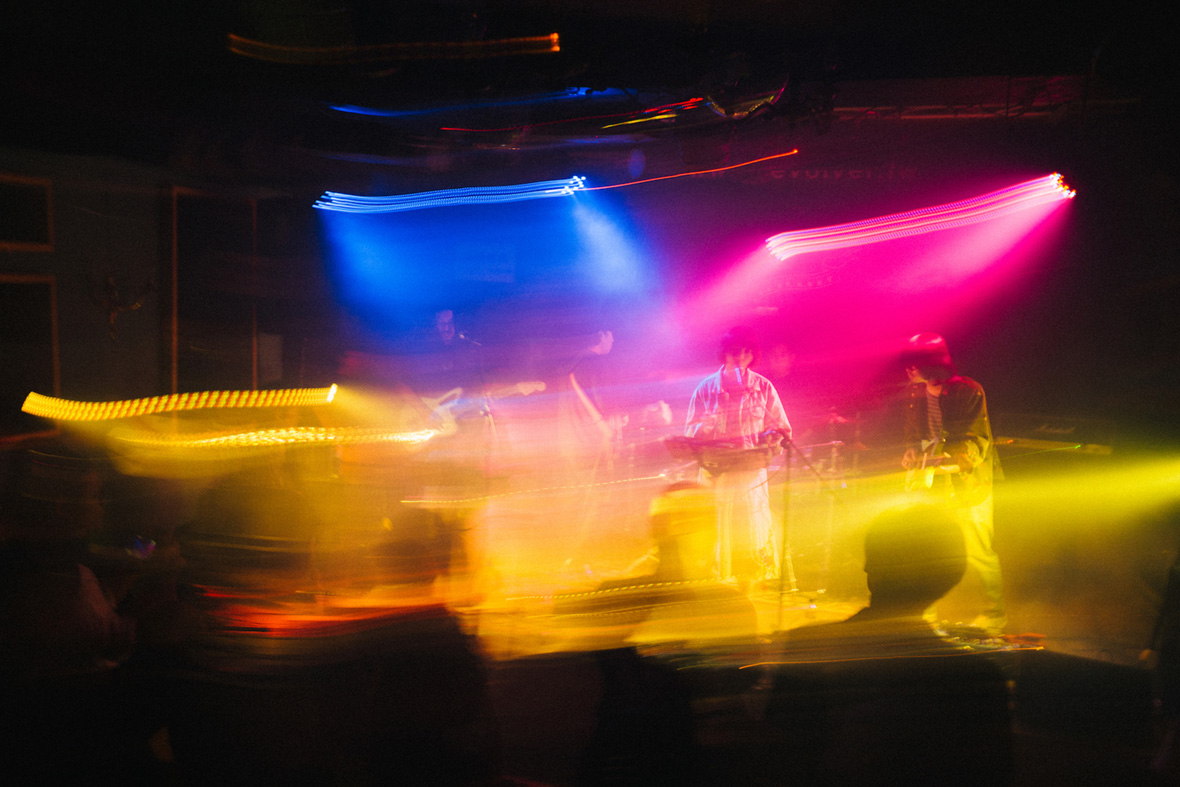 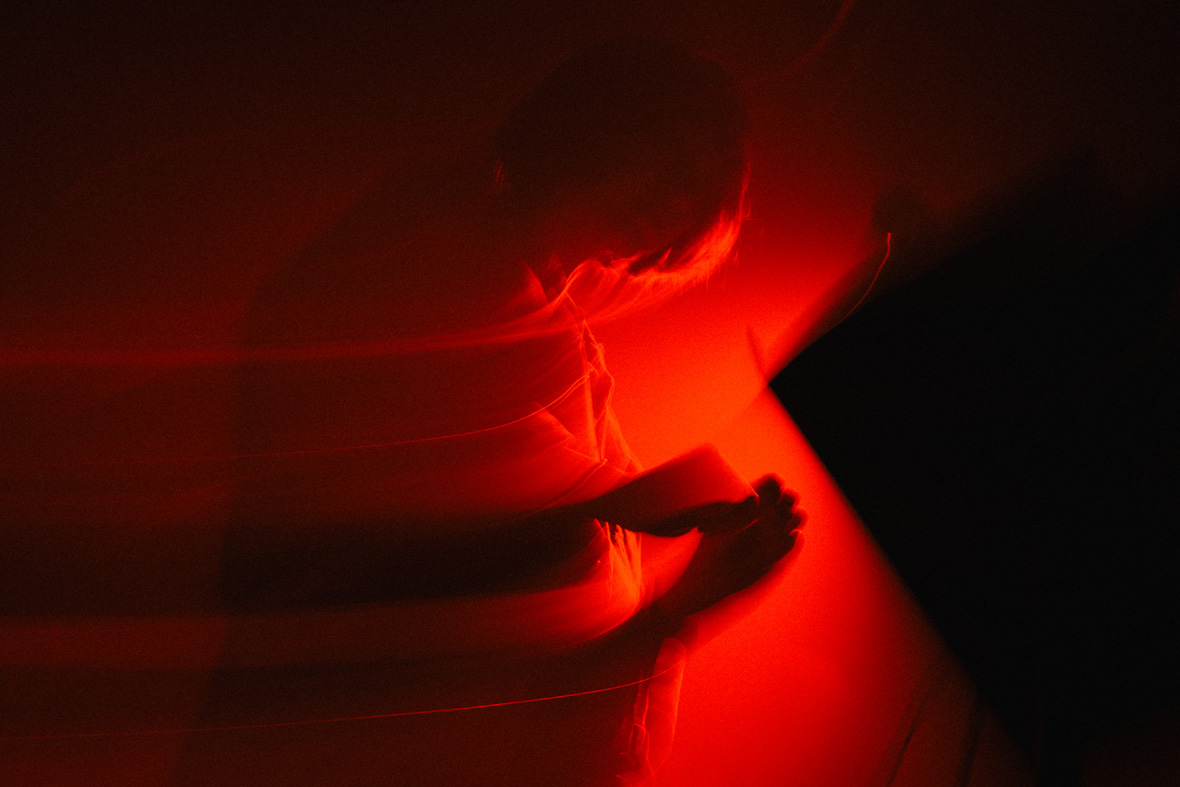 DoZzz unofficially began in 2015 when guitarist Jyun-Chi Huang, bassist Han Wu, and Shengwei started jamming together in Taipei, with vocalist Alicia and drummer Maomao joining the trio in the summer of the following year. Playing together and finding their sound proved to be a relatively simple and intuitive process, as synchronous recording sessions segued into a search for better equipment and a better recording studio in which to work.

Things moved quickly for the band in 2017. In June, they dropped their five-track EP Poem of Love ◇ Poem of Sadness, a sudden release of seismic sounds that caused shoegaze aficionados to shimmy and shake like a magnitude 6 earthquake. Driven by propulsive drumming, ragged guitar work, and haunting vocals that sound as if they had been sung 20,000 leagues under the sea (and with lyrics about floating in an endless sea and being swallowed by its waves, they very well could have been), the band’s next single “I Don’t Mind” appeared only four months later in October 2017. 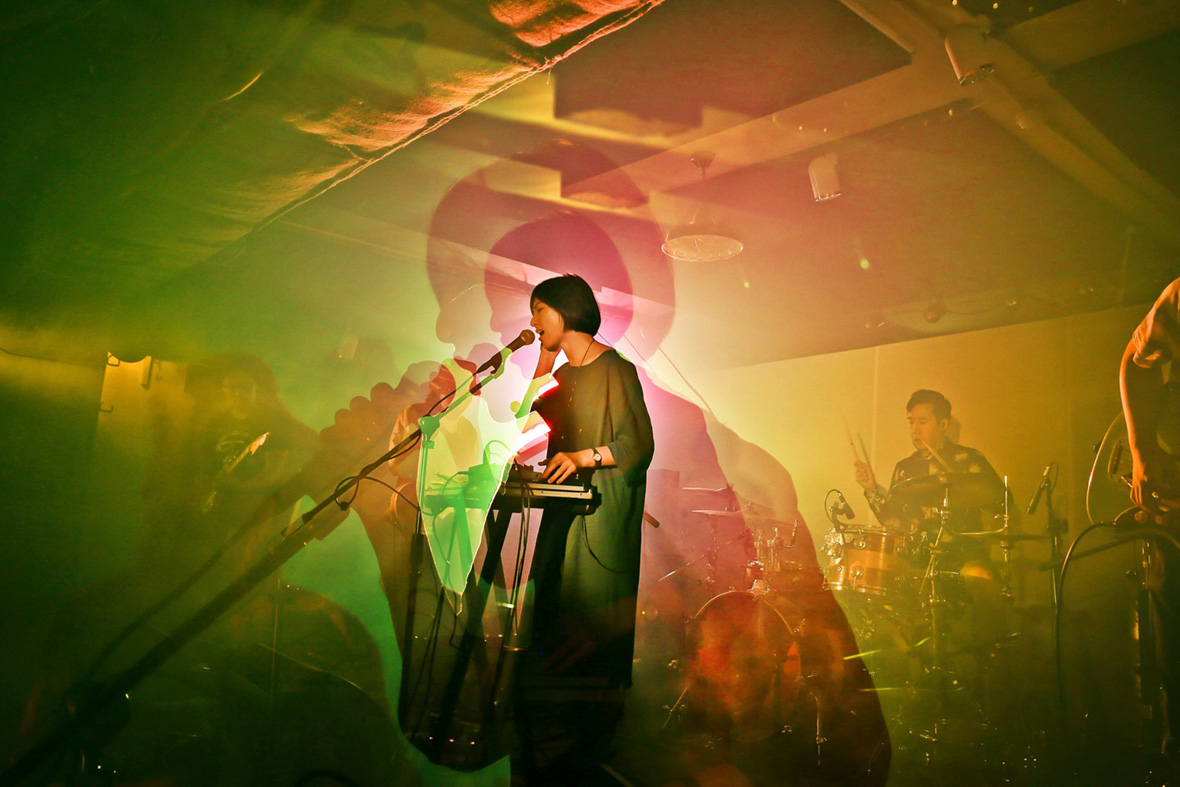 Despite its small geographical size, Taiwan has become something of a shoegaze incubator in the region, with Taipei bars and venues such as Revolver and Pipe Live Music serving as indie-music meccas and Taipei bands such as DoZzz reinvigorating Asian shoegaze with their distinctive psychedelic soundscapes. When asked about the contentious and much-maligned label of  “shoegaze,” Shengwei offers a somewhat Derridean perspective. “I personally prefer to understand shoegaze as a deconstruction of the guitar,” he explains. “If post-rock deconstructs the guitar riff of the rock-guitar heroes of the 1960s and 1970s, then I think shoegaze is a deconstruction of the sound of the guitar instrument itself.” Having achieved sonic enlightenment, he adds: “Playing the guitar is not like the guitar itself.” Ce n’est pas une guitare. 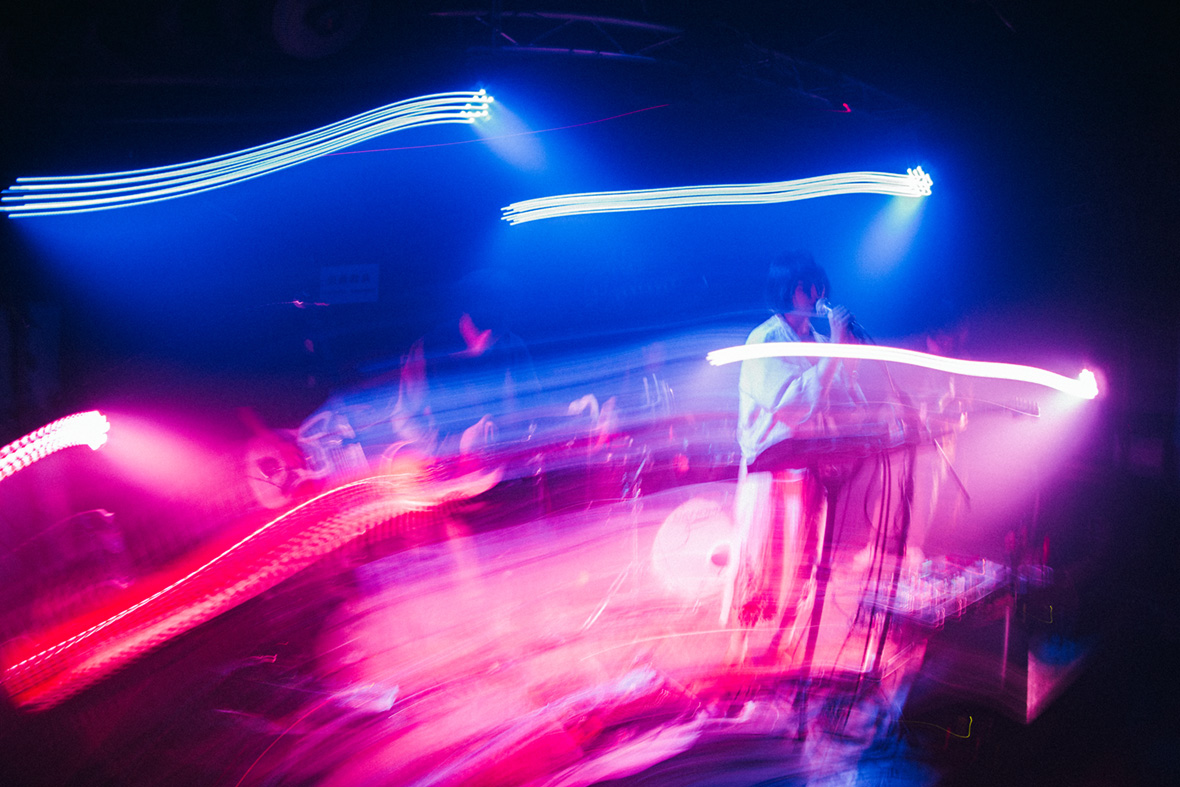 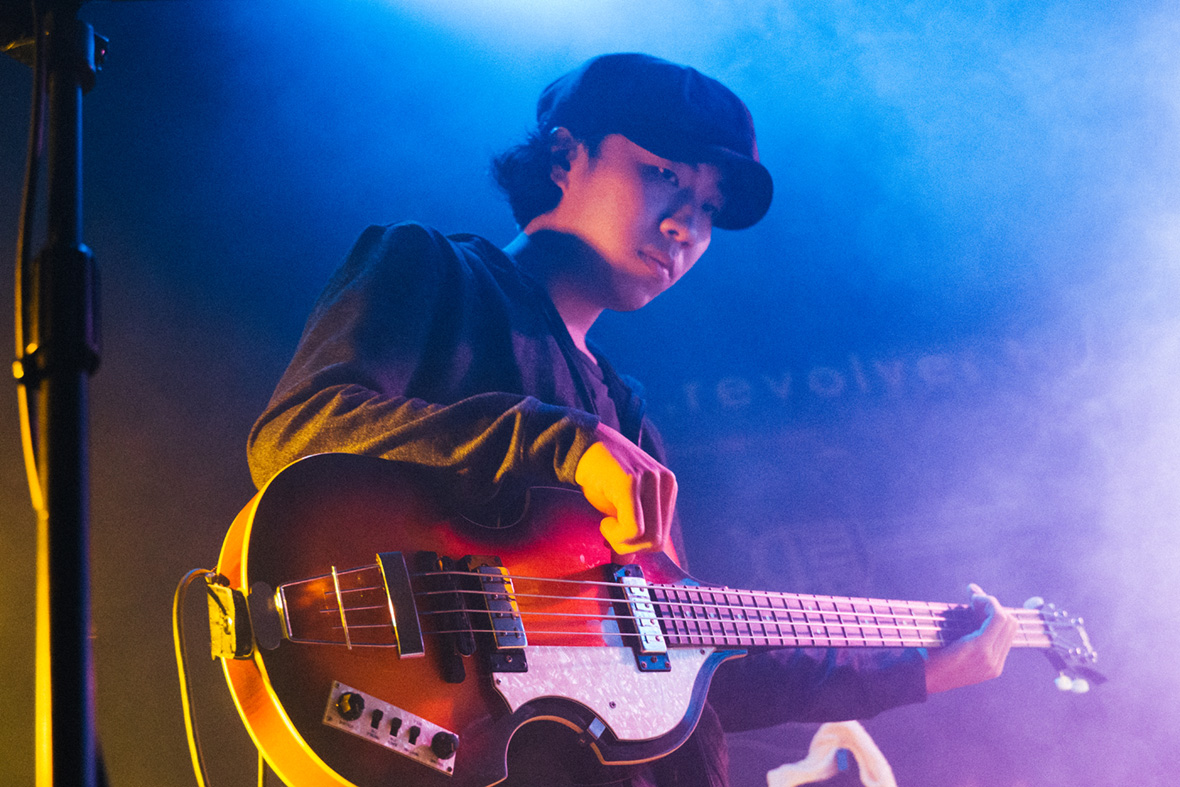 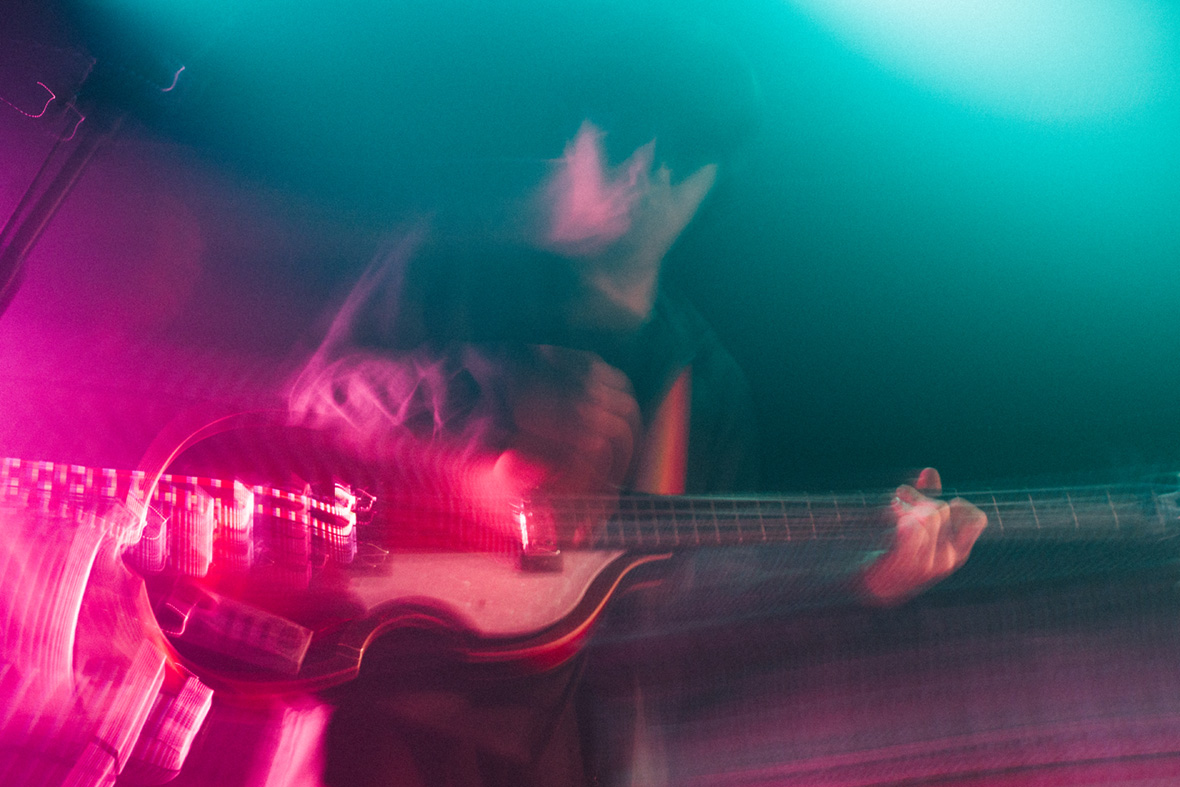 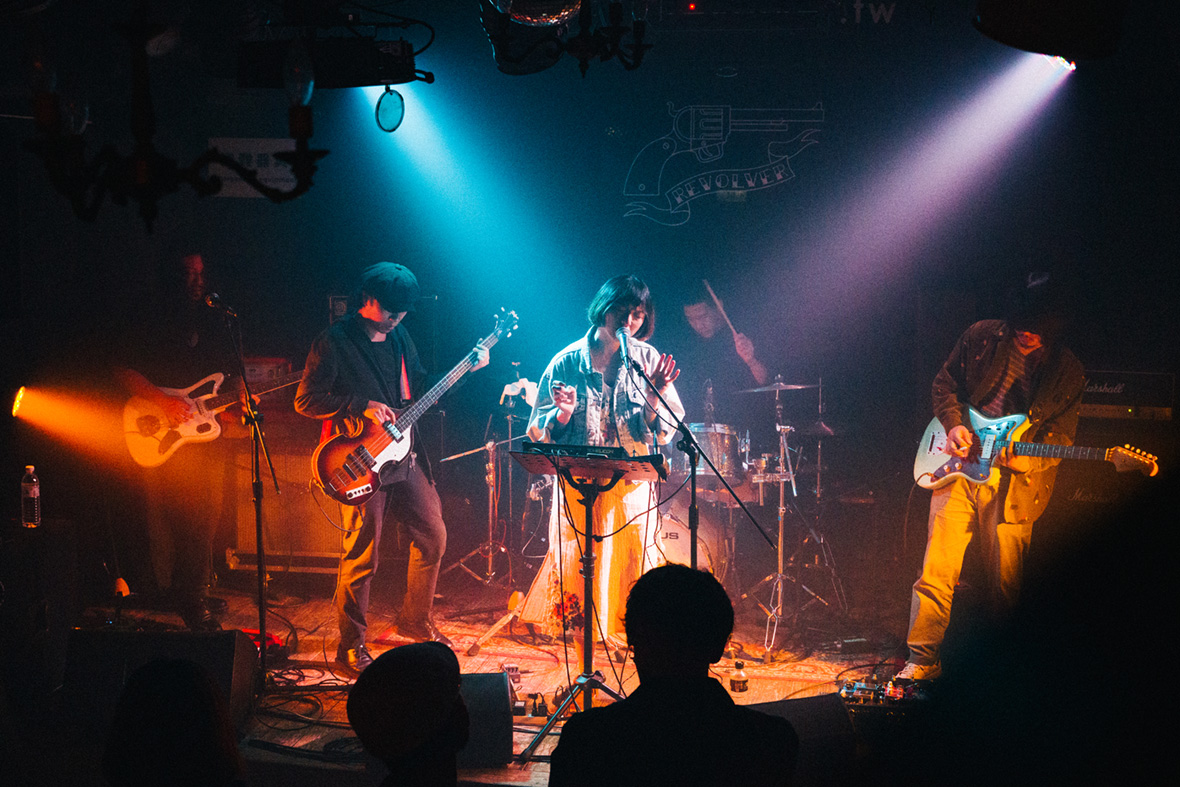 And what about the name DoZzz? By way of explaining, the band alludes to Building 87 at Microsoft’s headquarters in Redmond, Washington, USA. An anechoic chamber—or a room that doesn’t allow for echoes. It is officially, at least according to Guinness World Records, the quietest place on Earth. “In the quietest space, the most minute sounds are often the loudest, and it is in those quiet moments that we feel this massive sense of volume, which seems to fall within the boundary between dream and reality,” Shengwei says. “In other words, our songs sometimes make us fall into a deep sleep: zzzzzz.”

Music to move mountains? Definitely. Music for sleep? No fear of that.