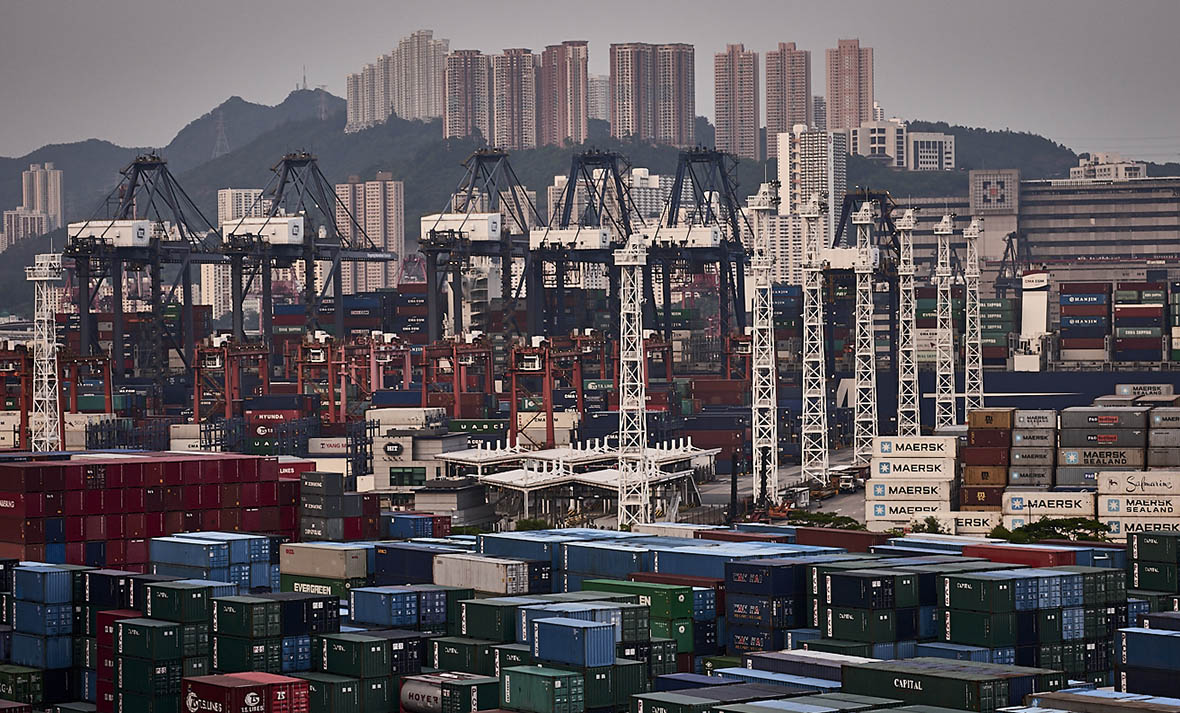 Shipping containers are a common sight in today’s world—whether hitched on the back of a semi-truck, repurposed as makeshift breakrooms for construction workers, or stacked up high in cargo ports. These containers are precisely the focus of photographer Manuel Alvarez Diestro‘s Boxification.

The series, shot across different ports in Asia, showcases how these colorful containers shape our urban habitat. In his images, some are piled up high, others are strewn across lots, forming expansive terrains of corrugated metal. Alvarez’s photos call attention to a simple truth: these overlooked containers are now an essential pillar of global commerce, and in a way, they represent Asia’s ever-expanding presence in international trade. 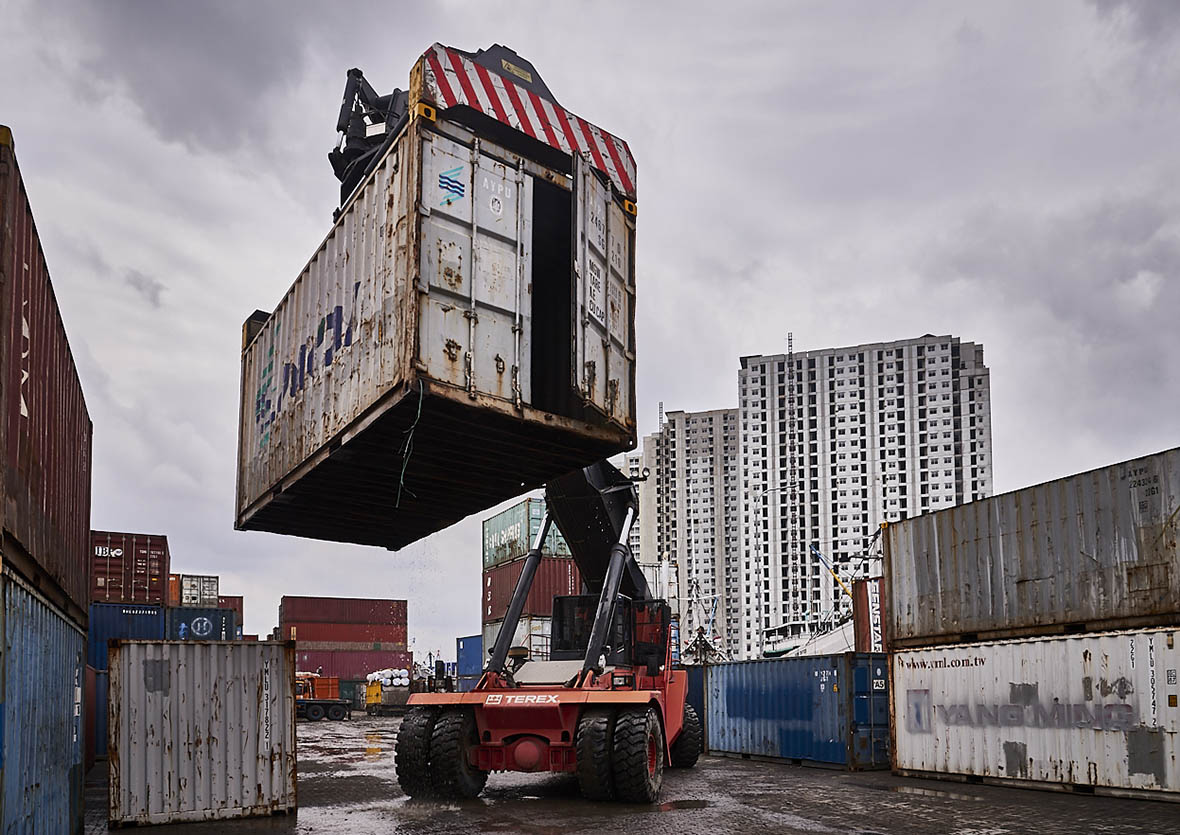 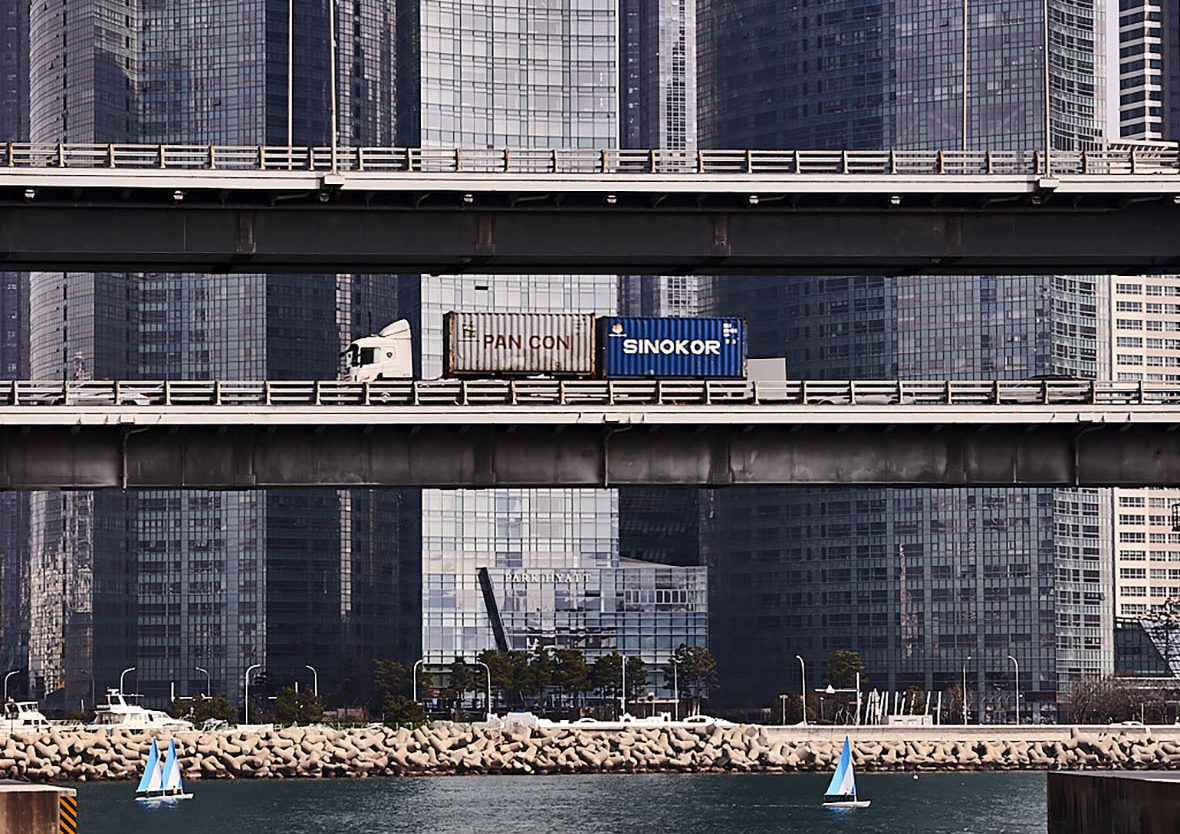 Diestro’s photographic interests began in the 90s when he was attending university in Paris. The towering skyline of La Défense, Paris’s business district, captivated his imagination, inspiring him to try his hand at architectural photography. This creative passion followed him to the U.S. where he graduated with a degree in art history from Boston University. Upon finishing school, he decided to travel and snap as many photos as he could. As he continued making images, he found that cityscapes and urban environments intrigued him the most, especially in how a city’s expansion affects the surrounding world.

Diestro believes shipping containers capture the essence of our urban existence—a mechanical world where everything has been standardized and consumption is king. To highlight their prevalence, he turned his attention to the ports of Asia’s biggest metropolises where these freight boxes are kept and moved daily. “The ports with high traffic and large amounts of shipping containers were most interesting to me,” he says. “I began studying them.”

Throughout the course of shooting Boxification, he lived in Seoul, but spent time traveling to ports in places such as Shanghai, Qingdao, Kaohsiung, Singapore, Hong Kong, Busan, Bangkok, Tokyo, and more. 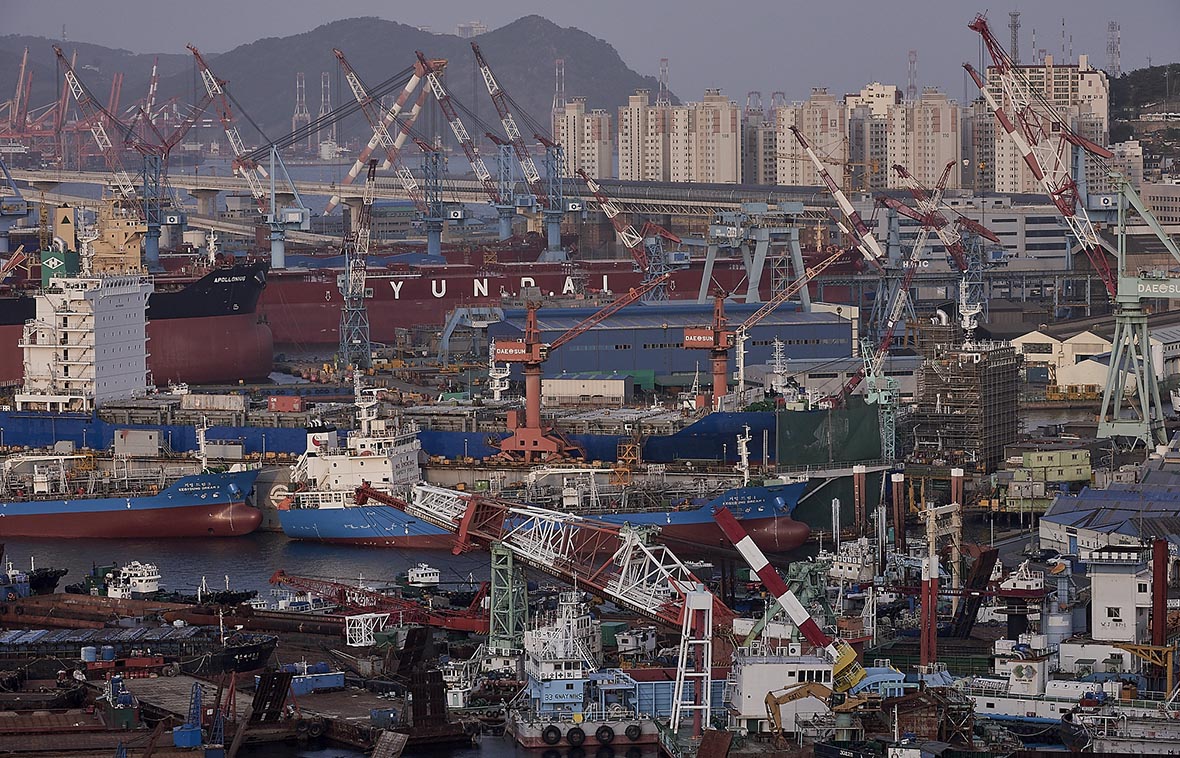 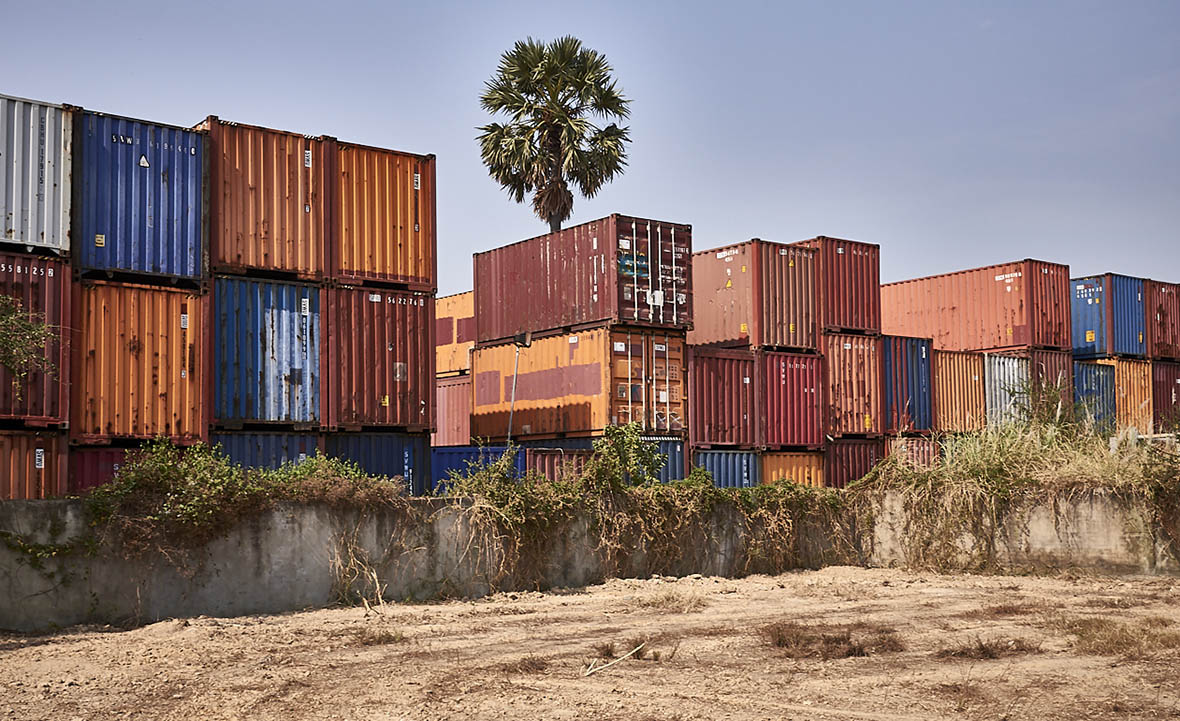 What first drew Diestro to shipping containers is their sense of mystery. You can’t see what’s inside; yet, they carry items of importance for different people, whether it be furniture, electronics, toys, or clothing. They come from different points of departure and are intended for different destinations. To him, his photographs are similar, except instead of cargo they carry stories and meaning, which only reveal themselves once you look past the surface. 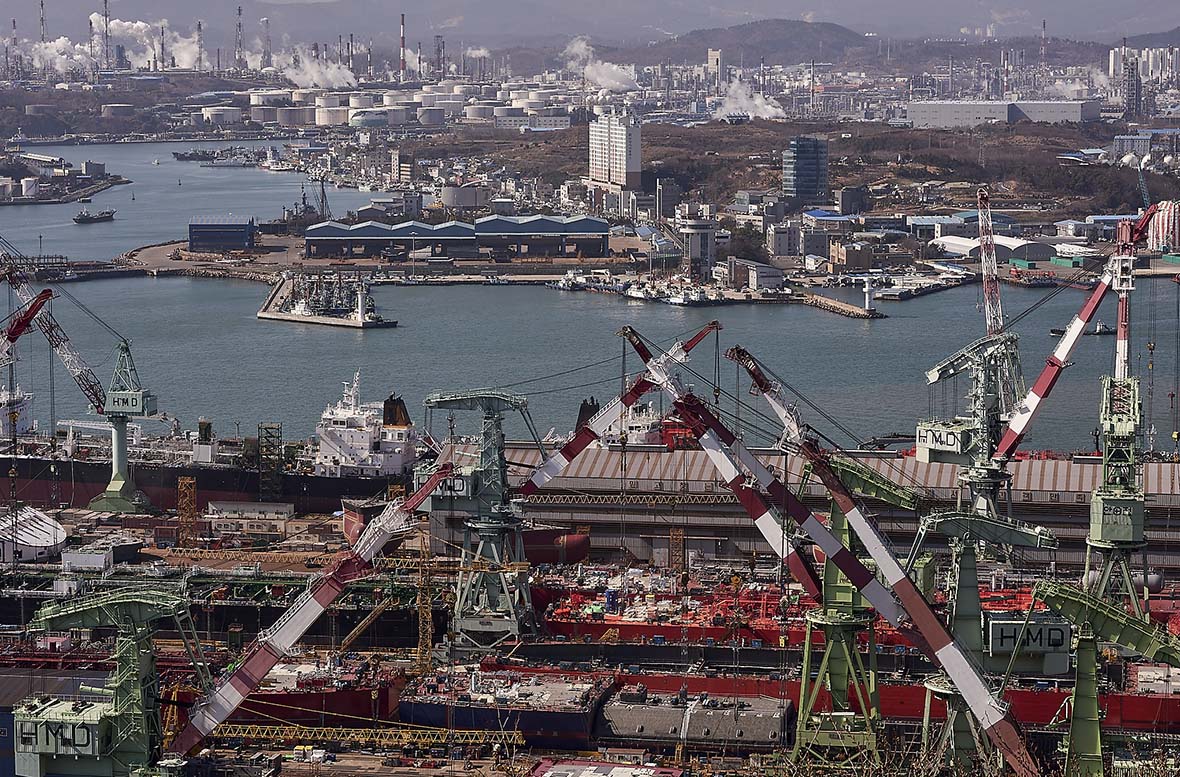 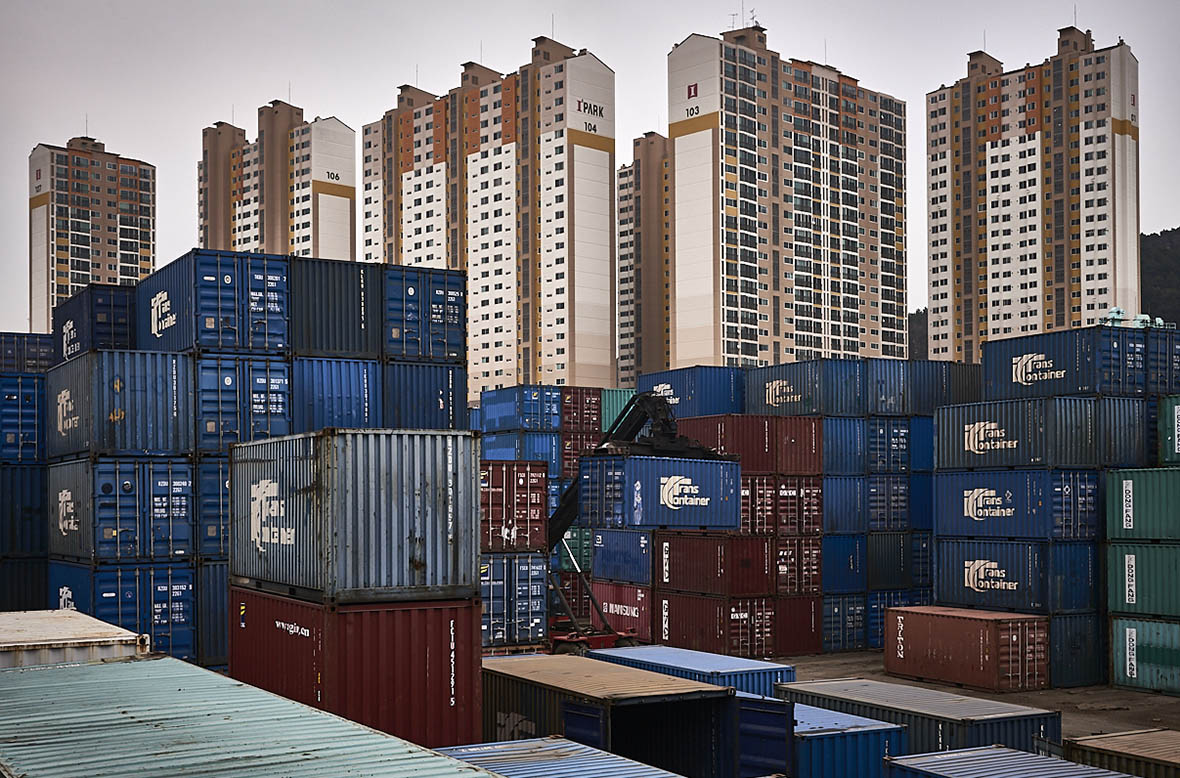 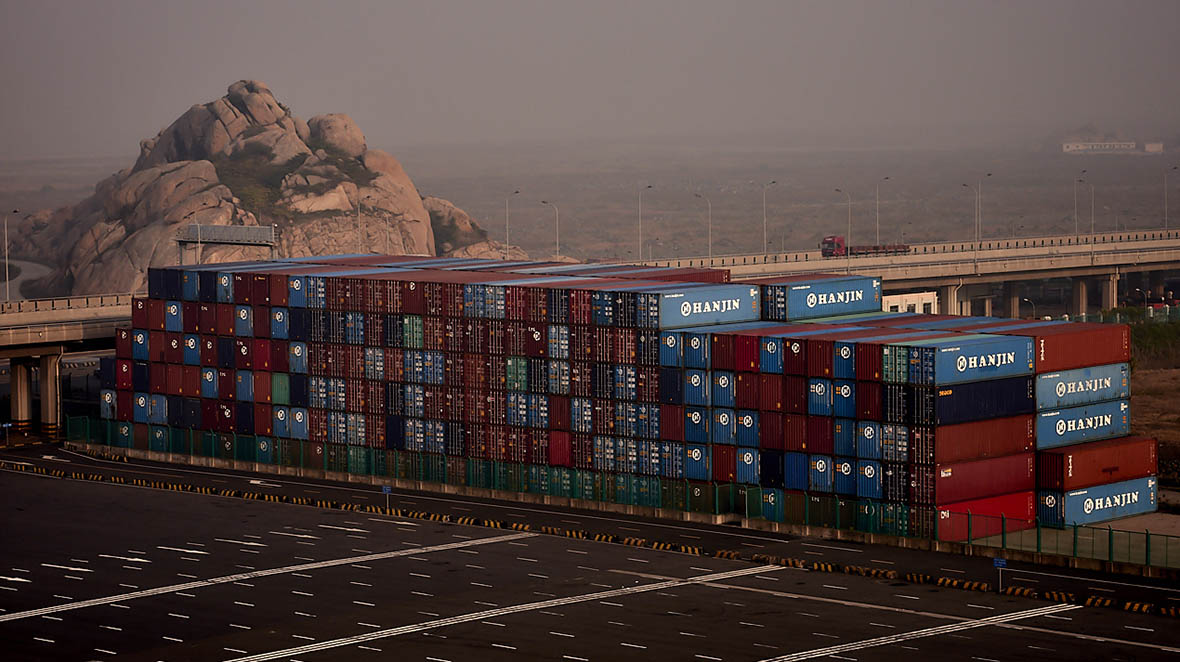 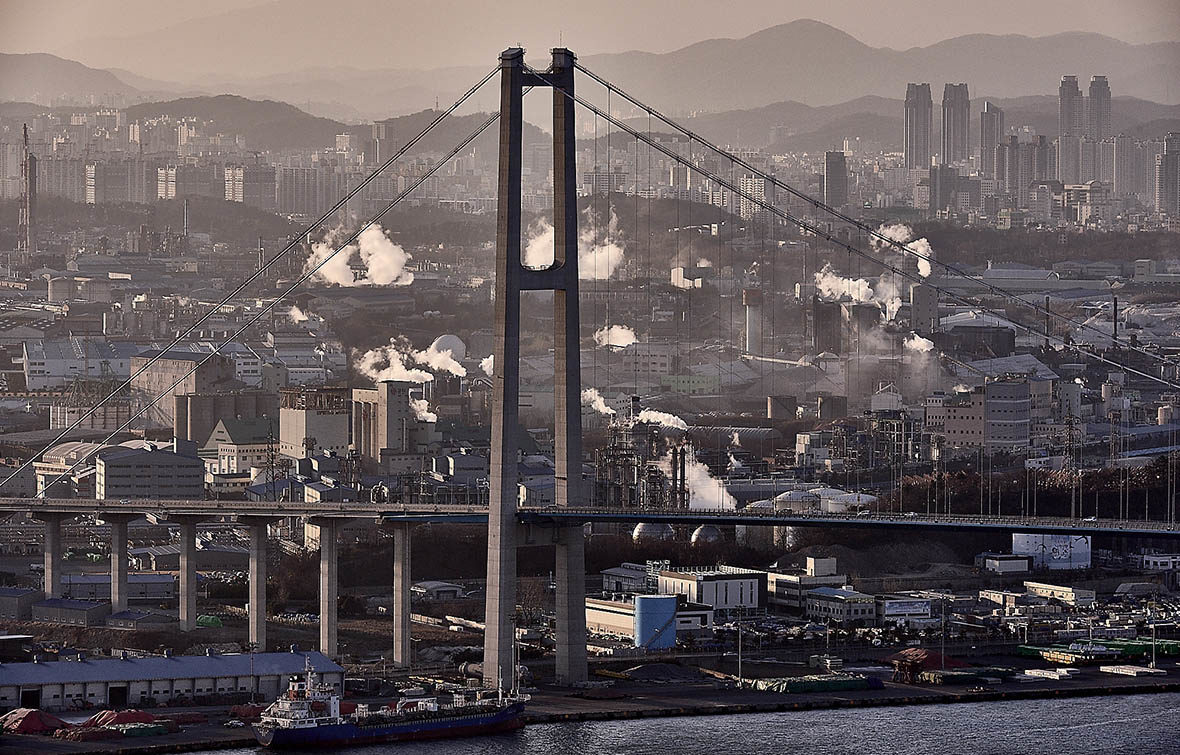 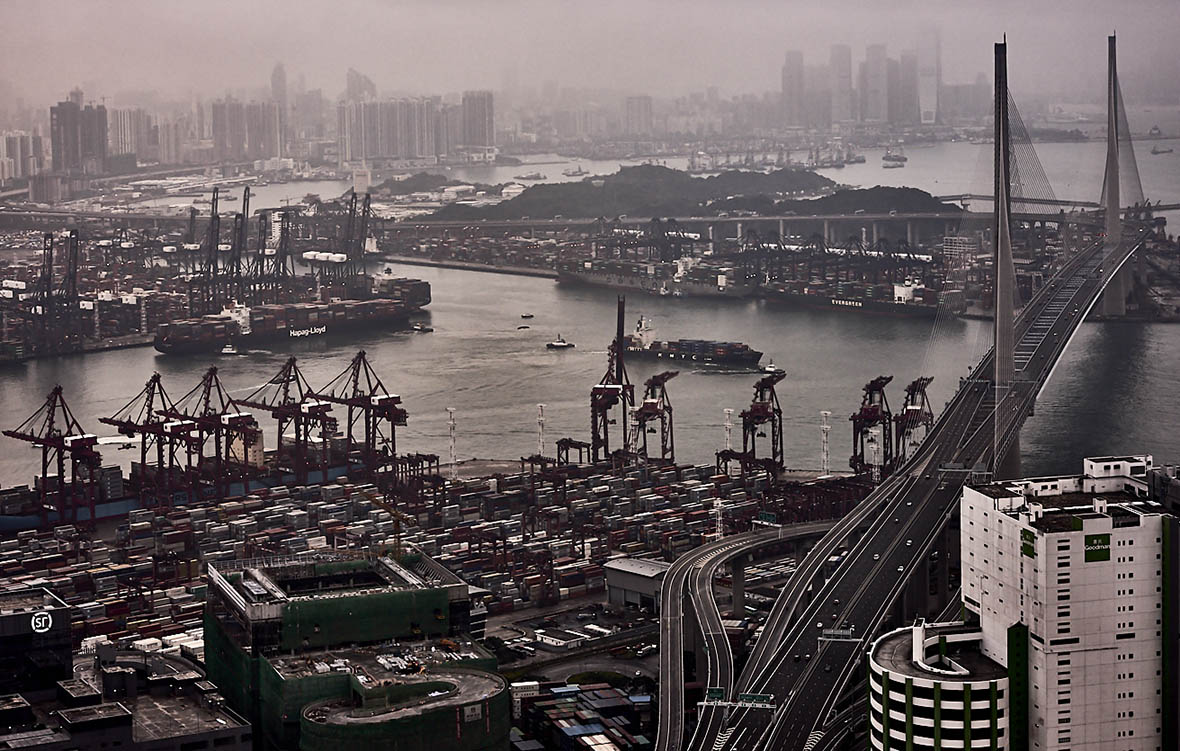 According to United Nations trade data, there are nearly 180 million containers worldwide. Despite the staggering number, COVID-19 has led to shipping container shortages due to increased import demands and containers stuck in locked-down countries. “These containers are a necessary requirement to maintain a healthy global economy,” Diestro notes. “In challenging economic times, these containers are still important, if not more so. With the rise in e-commerce, more companies are buying more containers to safeguard themselves from future disruptions. Almost everything we buy and consume came from inside a container.  It’s interesting just how indispensable these metal boxes are for the economy.”

Through his images, Diestro hoped that people will see these shipping containers that play such an essential role in our everyday lives in a new light. “I will continue photographing the relation of humans with the landscape and particularly when building new cities,” he says. “I will keep making work that make us reflect about who we are and our place in the world, even if people aren’t visible in the image.” 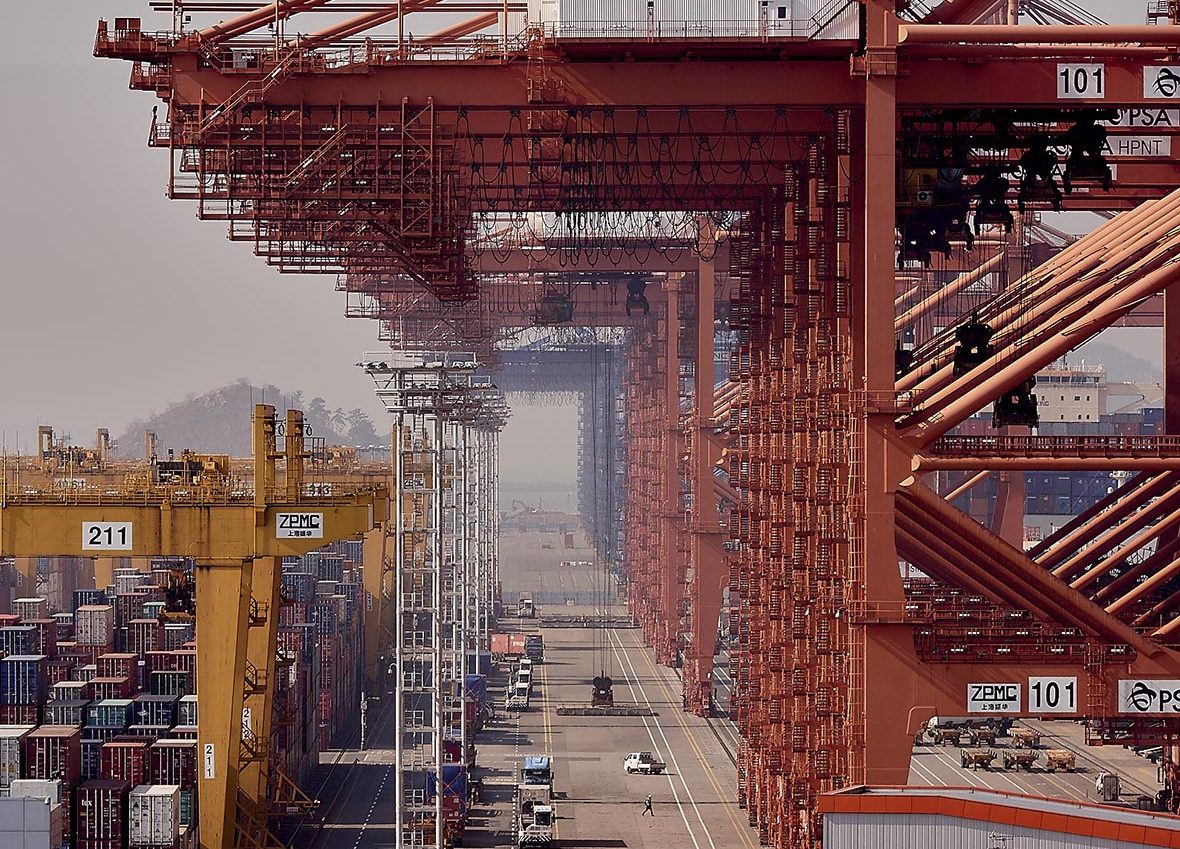 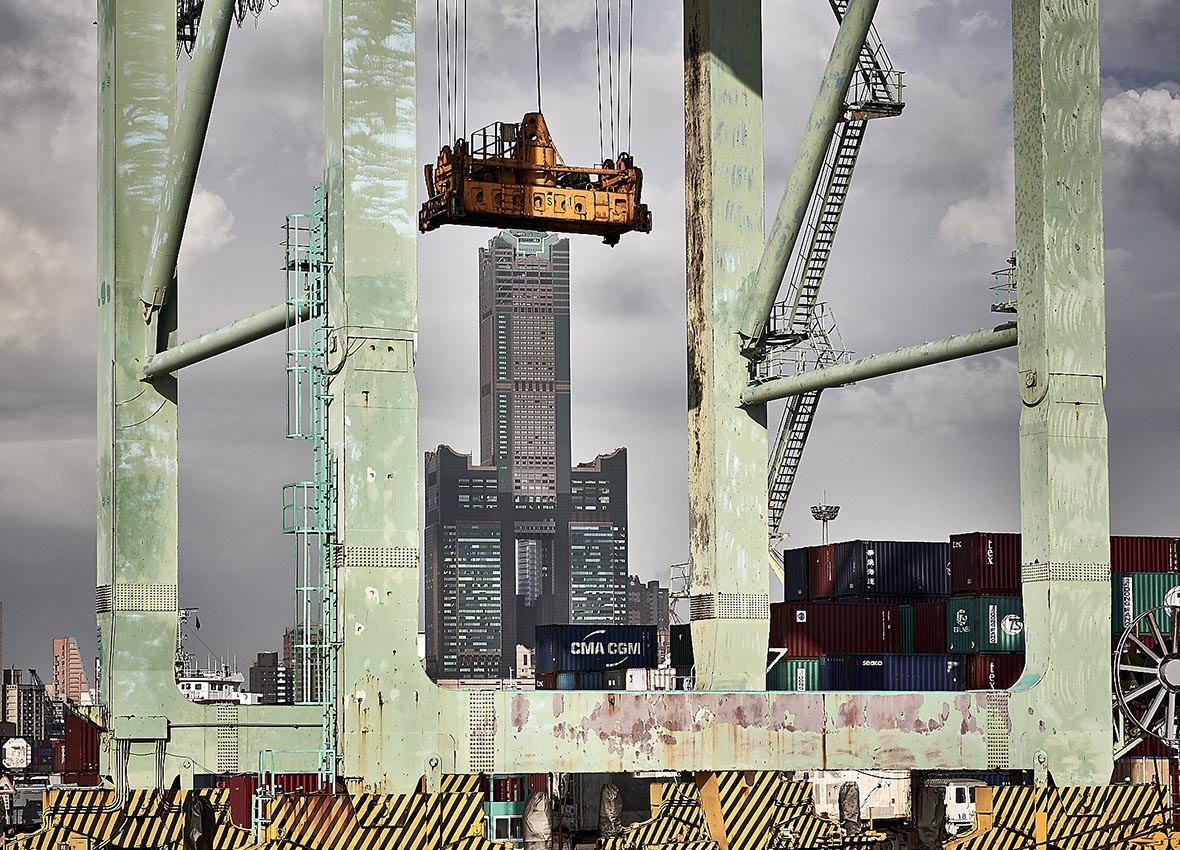 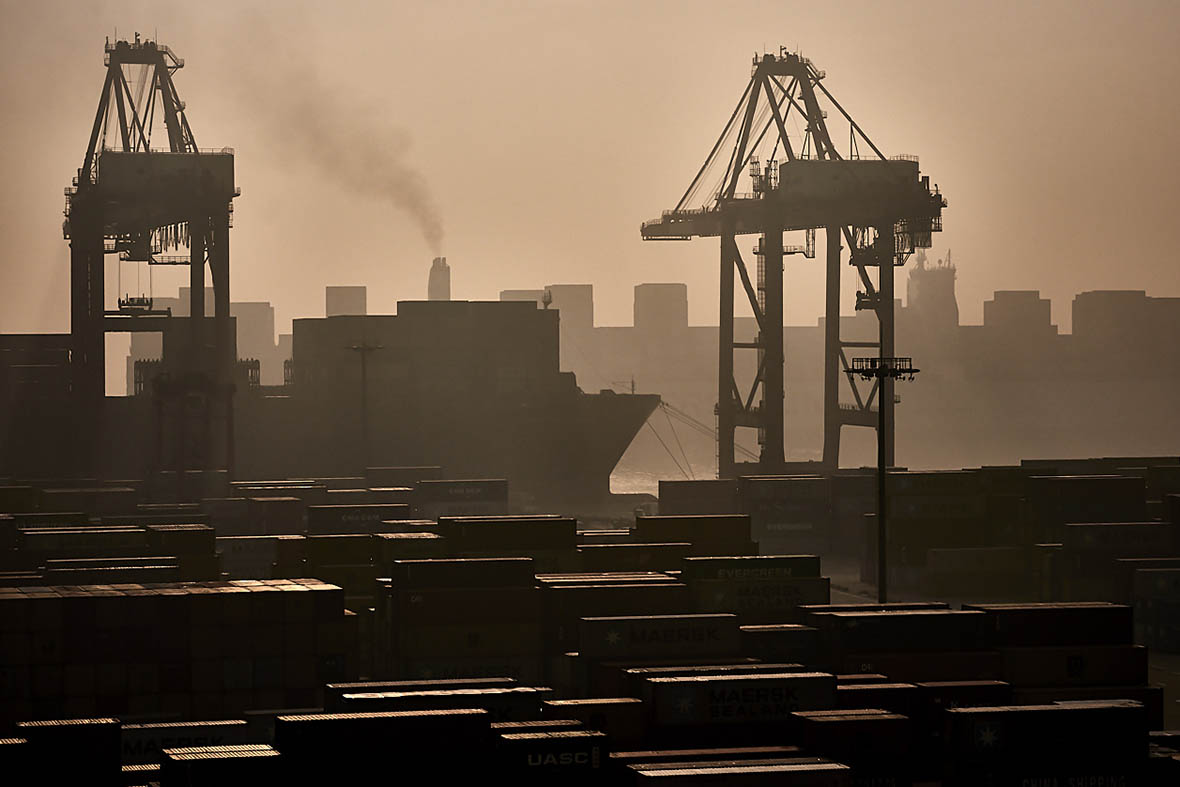 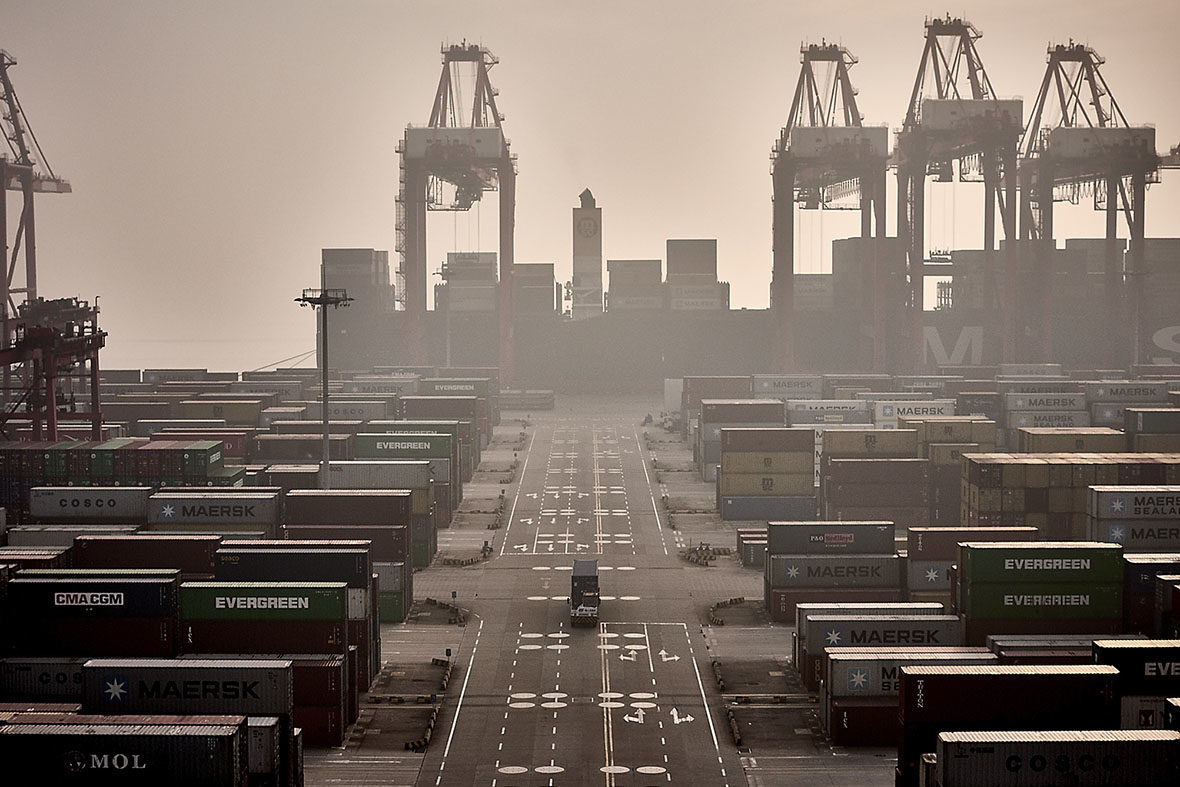 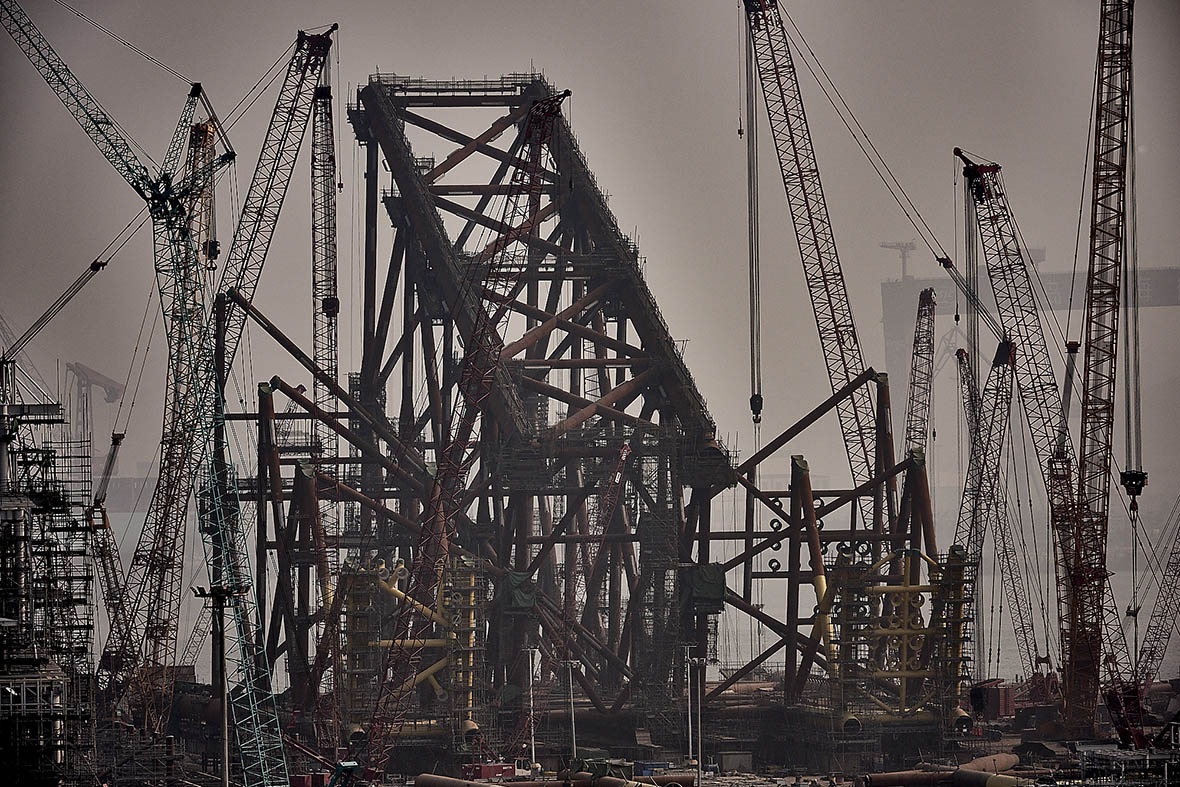