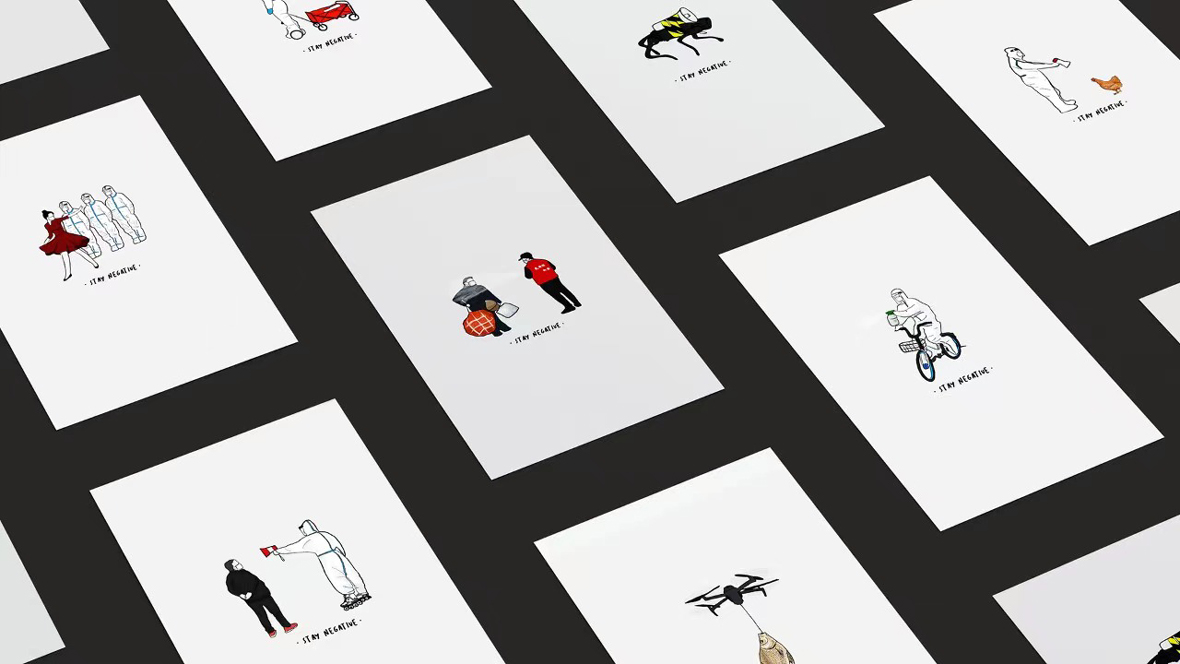 China’s Zero Covid policy and Shanghai’s subsequent lockdown due an Omicron flare-up in the city have been disruptive to say the least. Its impact has rippled far beyond the country’s borders, but Shanghai’s residents have bore the brunt of the consequences. In the face of these tribulations, one unexpectedly positive development has been the strengthening of communal bonds in the city. Neighbors who were once strangers have come together to help secure food for one another and countless volunteers have stepped up to help their respective communities. This sense of solidarity was the similar impetus for Stay Negative, a newly launched project looking to leverage the power of creativity for the greater good during Shanghai’s citywide lockdown. 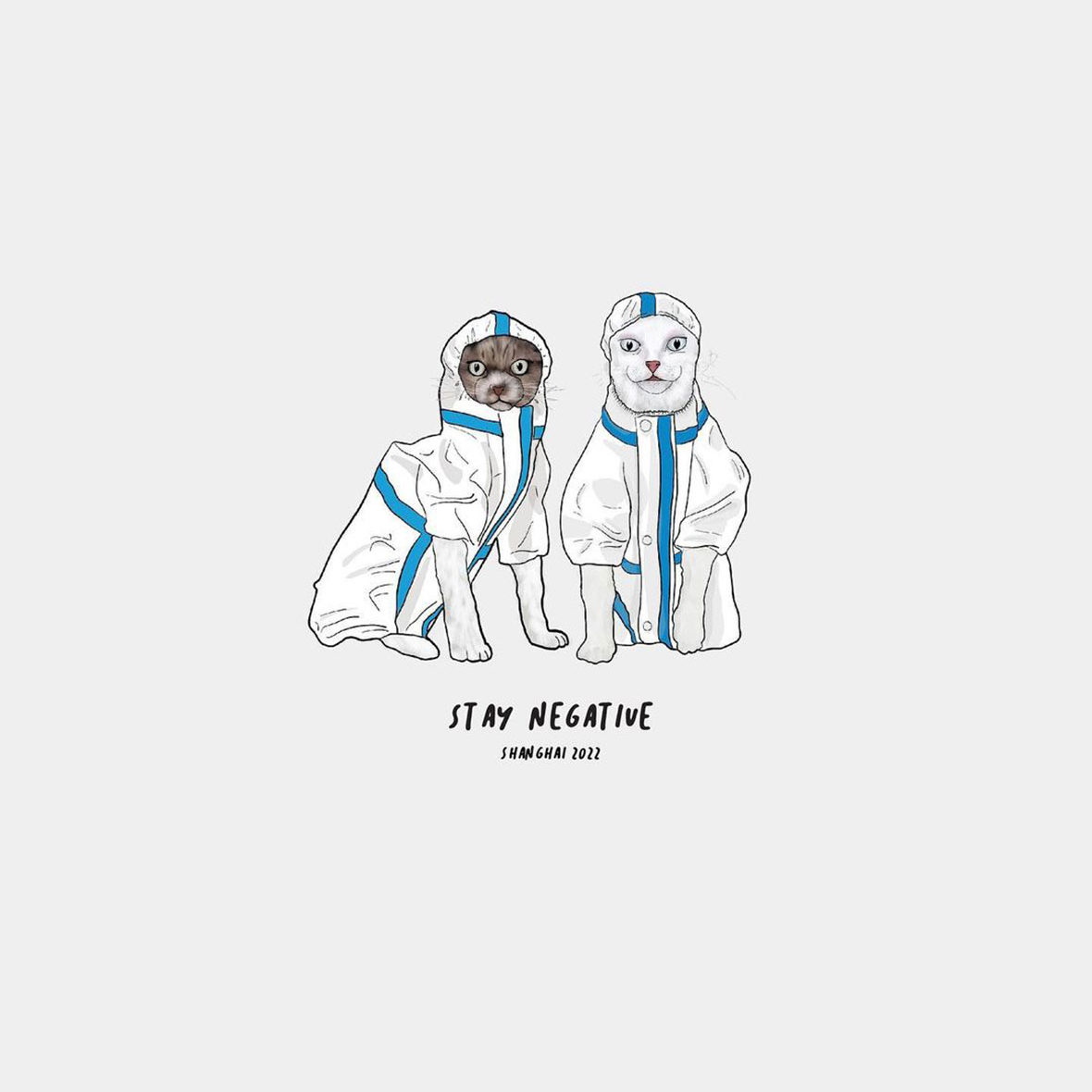 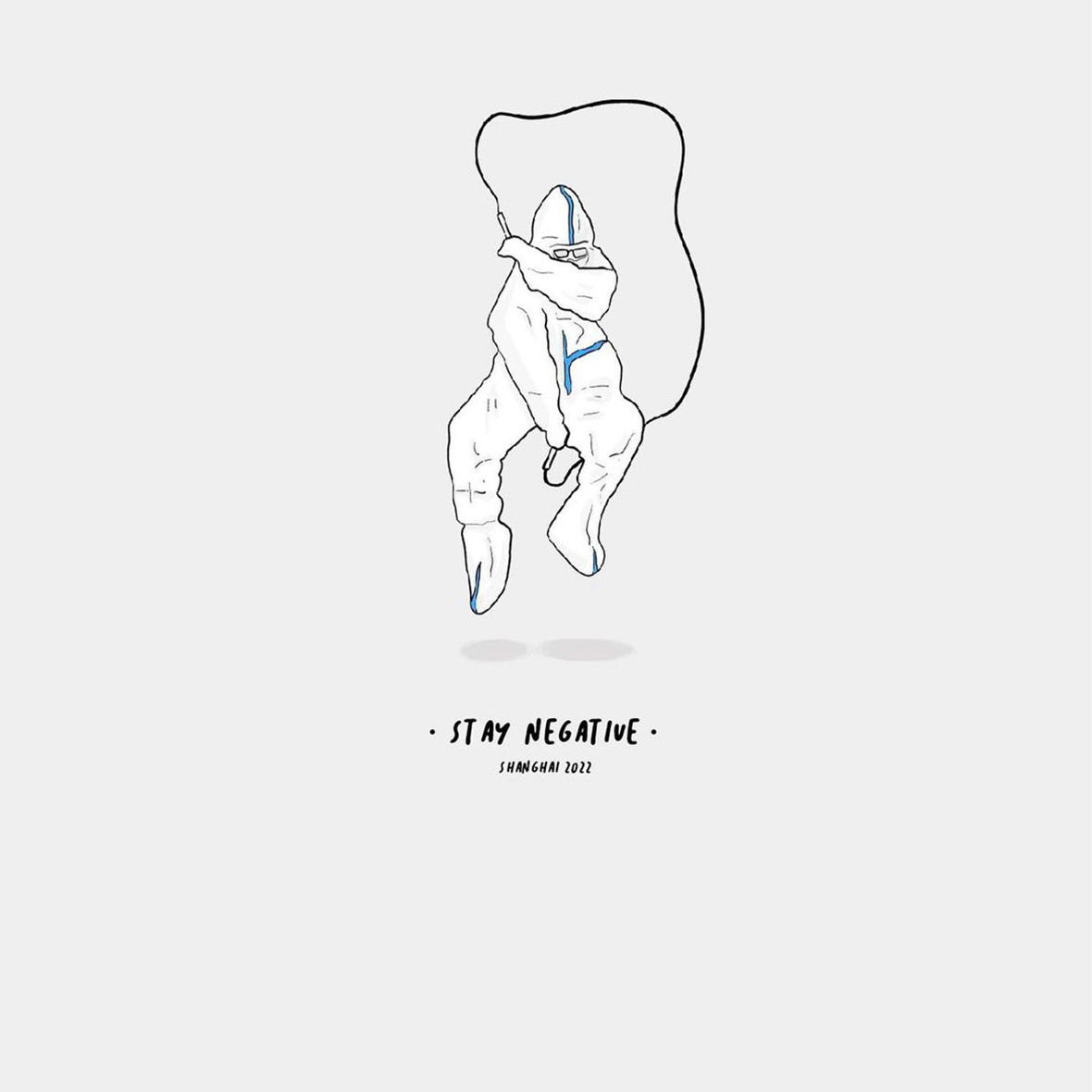 The project is founded by five China-based creatives—Alessandro Pavanello, who oversees social media operations; Vittorio Sileo, who specializes in NFTs and marketing; joining them are two designers and a public relations expert who’ve chosen to remain anonymous. To them, this project is a way to give back to the place they proudly call home.

In April, when Shanghai’s lockdown measures began ramping up, the severity of the situation began to set in. However, the team realized they were the fortunate ones when compared with the plights many other locals faced. Pavanello himself spent time in a quarantine center after testing positive in late March, and the conditions there gave him further perspective on how important it was to keep a positive mindset—this became one of the driving philosophies for the entire project. “As a team, we all share the same values and firmly believe that positivity can drive a change and achieve more than negativity,” says Pavanello. “Humor and a smile are magic ingredients that foster inclusivity and can bring people together.” 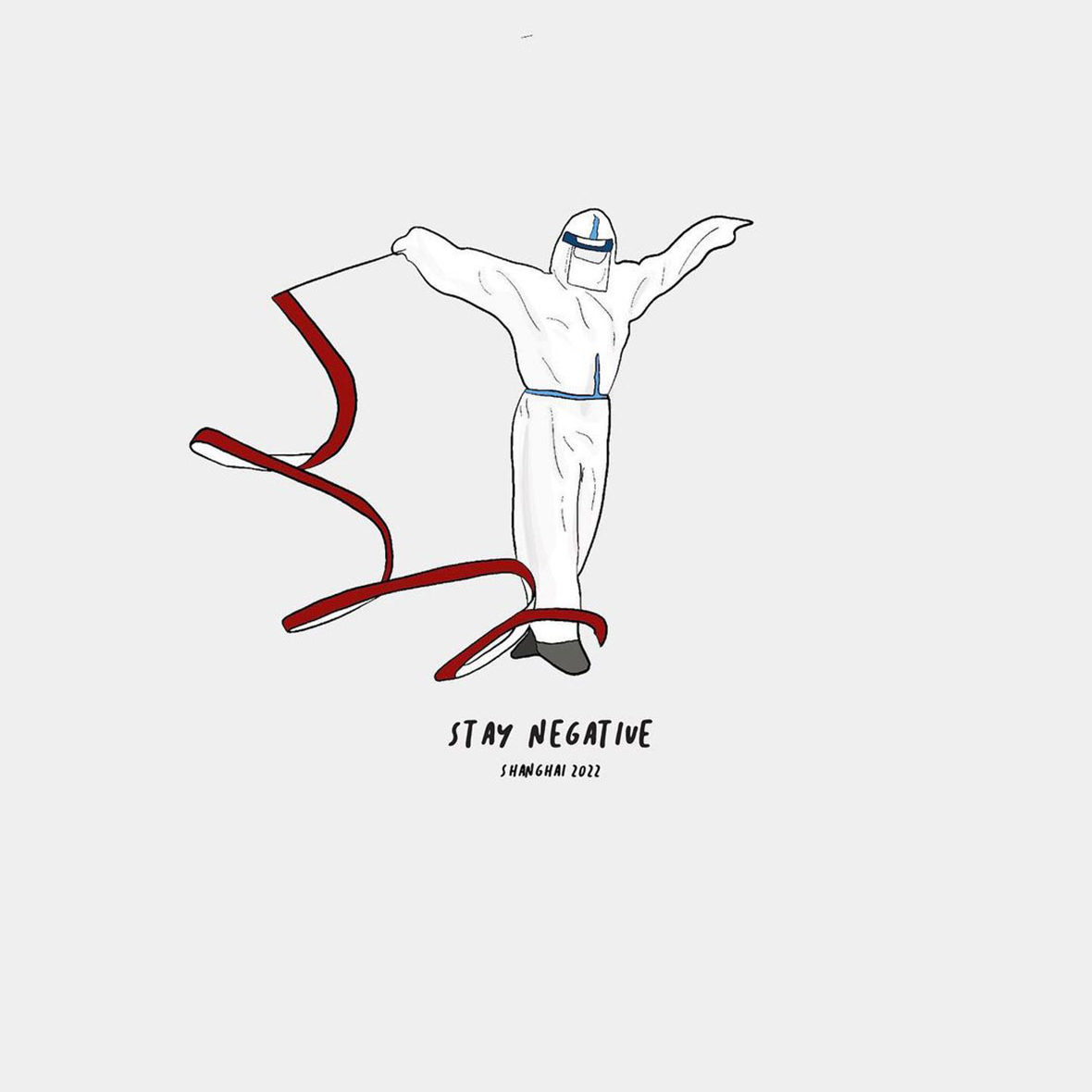 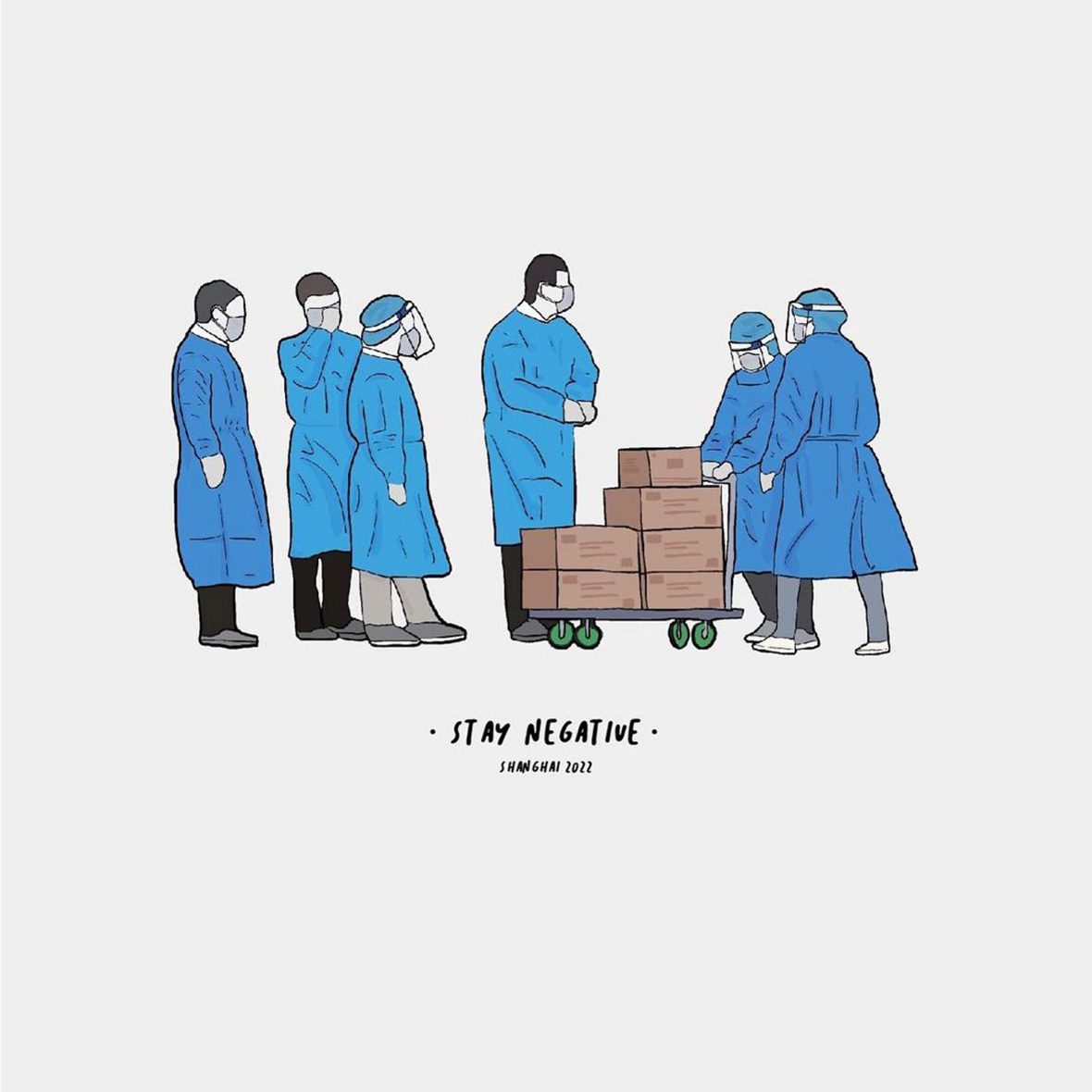 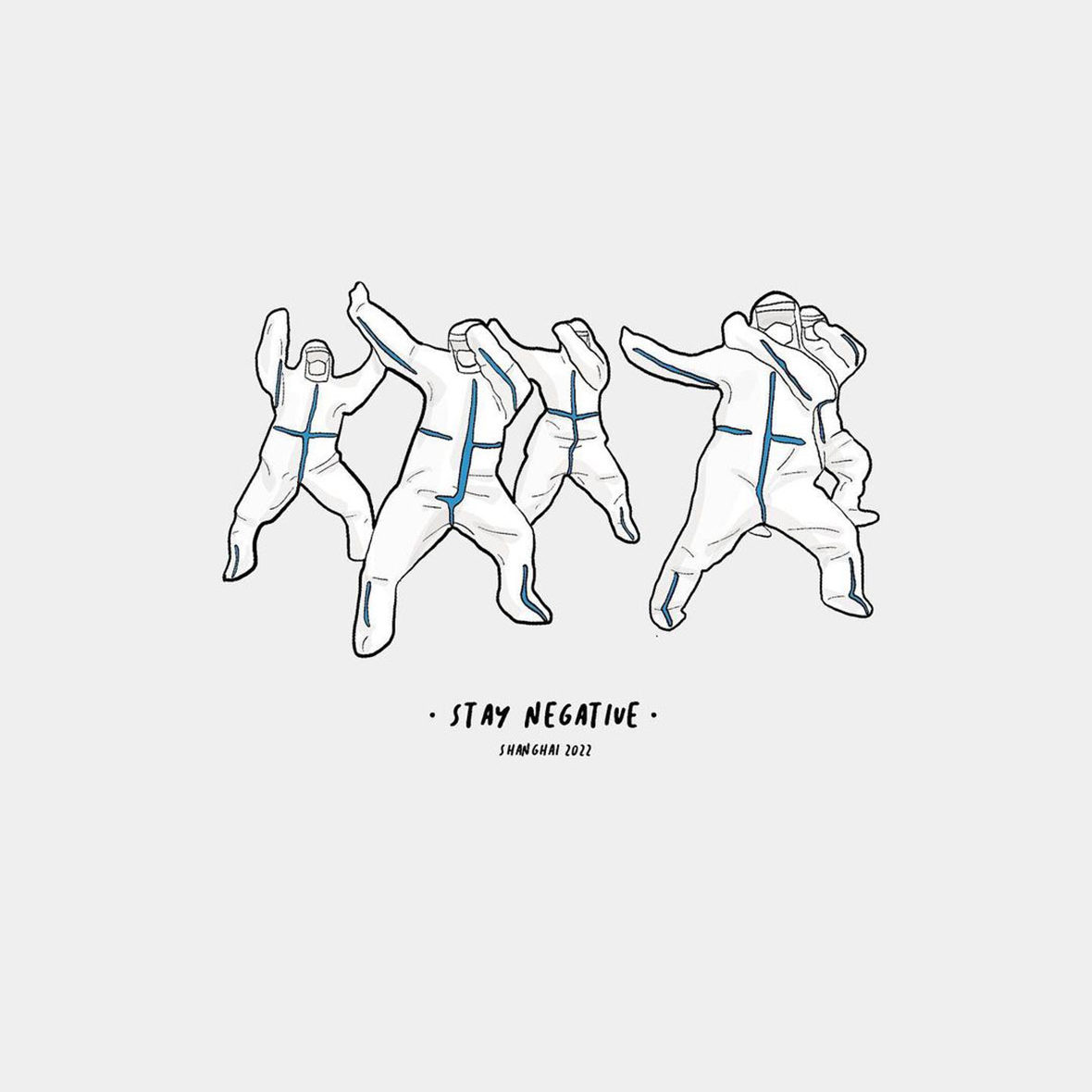 Despite knowing there was only so much they can do within the confines of their homes, the team knew they needed to contribute to the fight. The project initially sought to raise funds for charity through selling T-shirts, but the logistic complexities that arose from the stringent lockdown hamstrung the idea. This led them to look towards Web3, where NFTs seemed like an ideal medium to distribute their art and raise funds. “We believe that apathy never really made an impact on anyone’s life,” says Sileo. “Having a positive and proactive approach, even during tough times, can indeed make a difference, and that’s what we are trying to achieve as a team.” 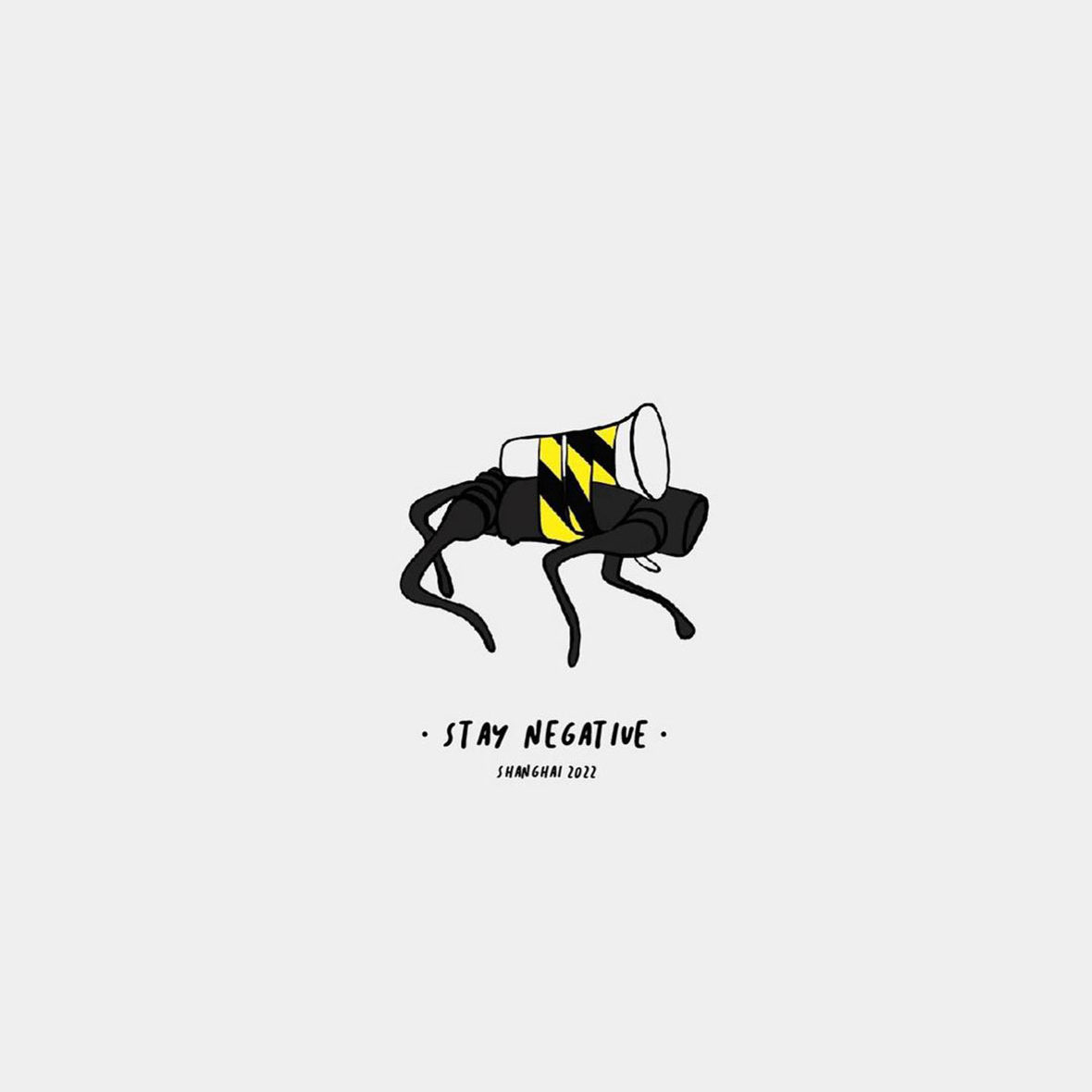 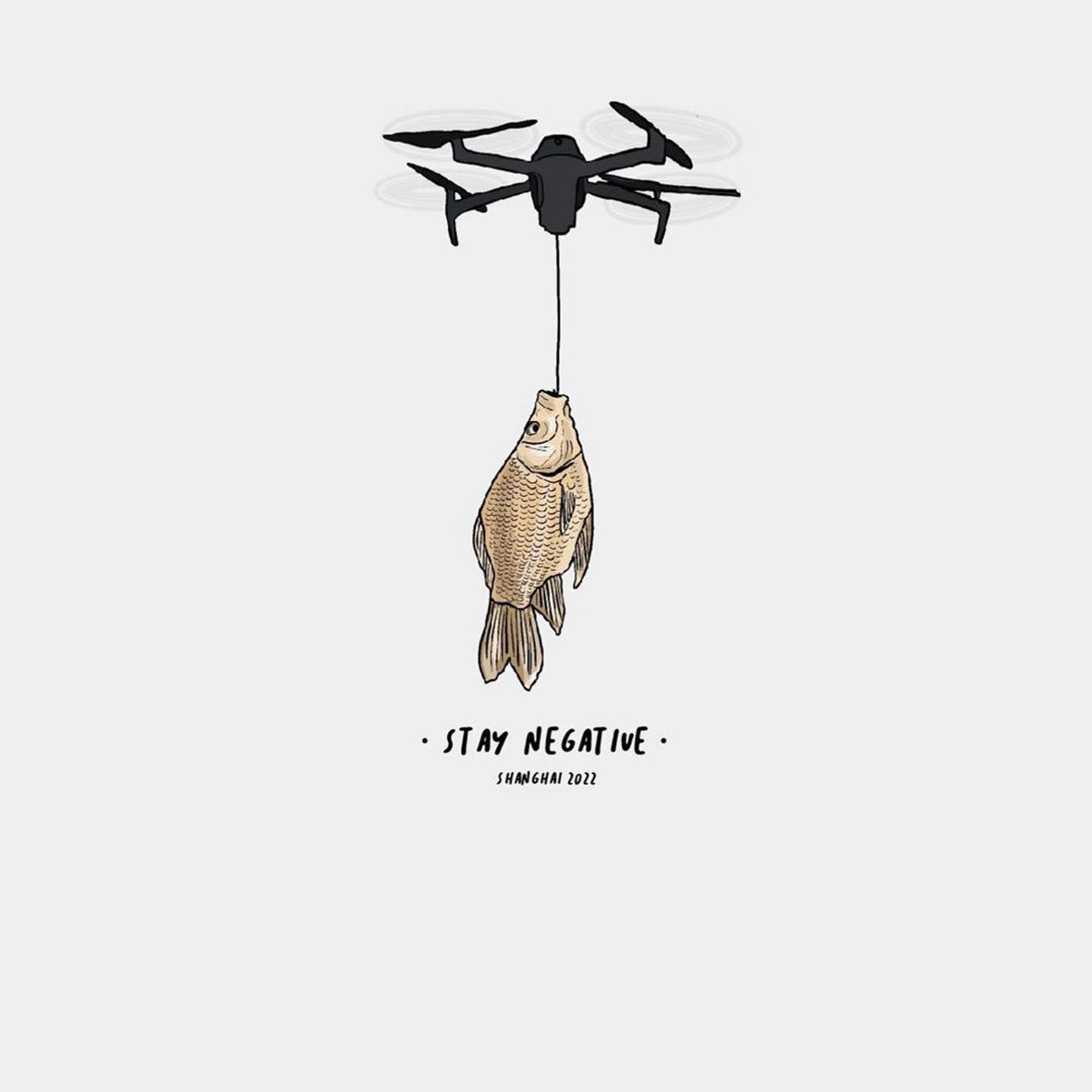 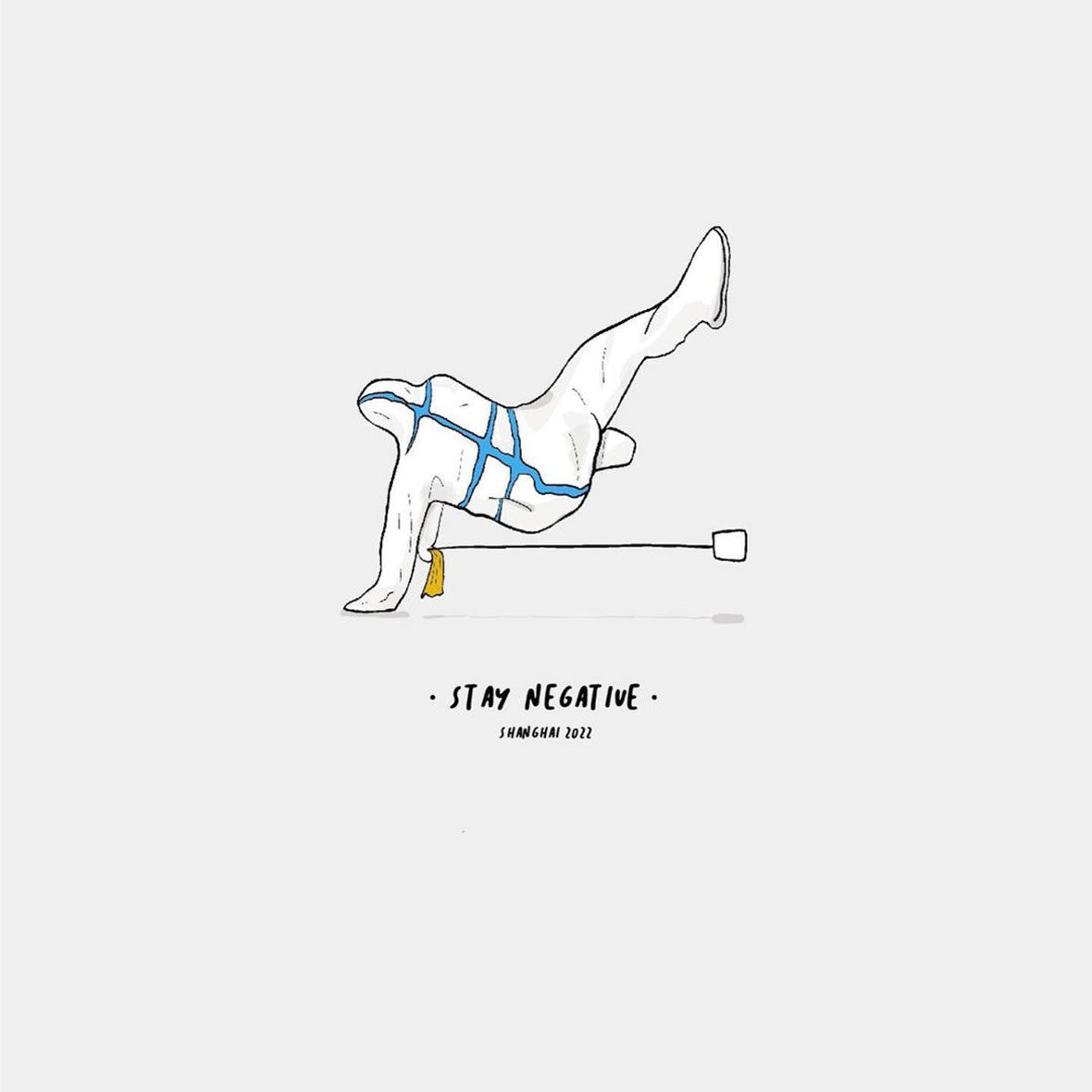 Without context, some of the artworks from the project can seem completely absurd, but they’re all based on real happenings within the city—more specifically, riffing off of some of the most viral videos that have been posted since the lockdowns began. In one, a fish is seen dangling from a drone, a reference to a video of someone fishing from the confines of their high-rise apartment with a consumer-grade UAV. In another, a robot dog references a widely circulated video of a four-legged machine patrolling an apartment complex as a megaphone on its back broadcasts a pre-recorded message urging residents to stay indoors.

Mundane moments are equally given a spotlight in the project though. Some illustrations feature sights that’ve become all too familiar for Shanghai locals in the past month, such as the rapid antigen test kits that are self-administered every few days, the men in white hazmat suits disinfecting the streets, or the groups of volunteers in blue surgical gowns collecting the group-buy deliveries for their apartment complexes. 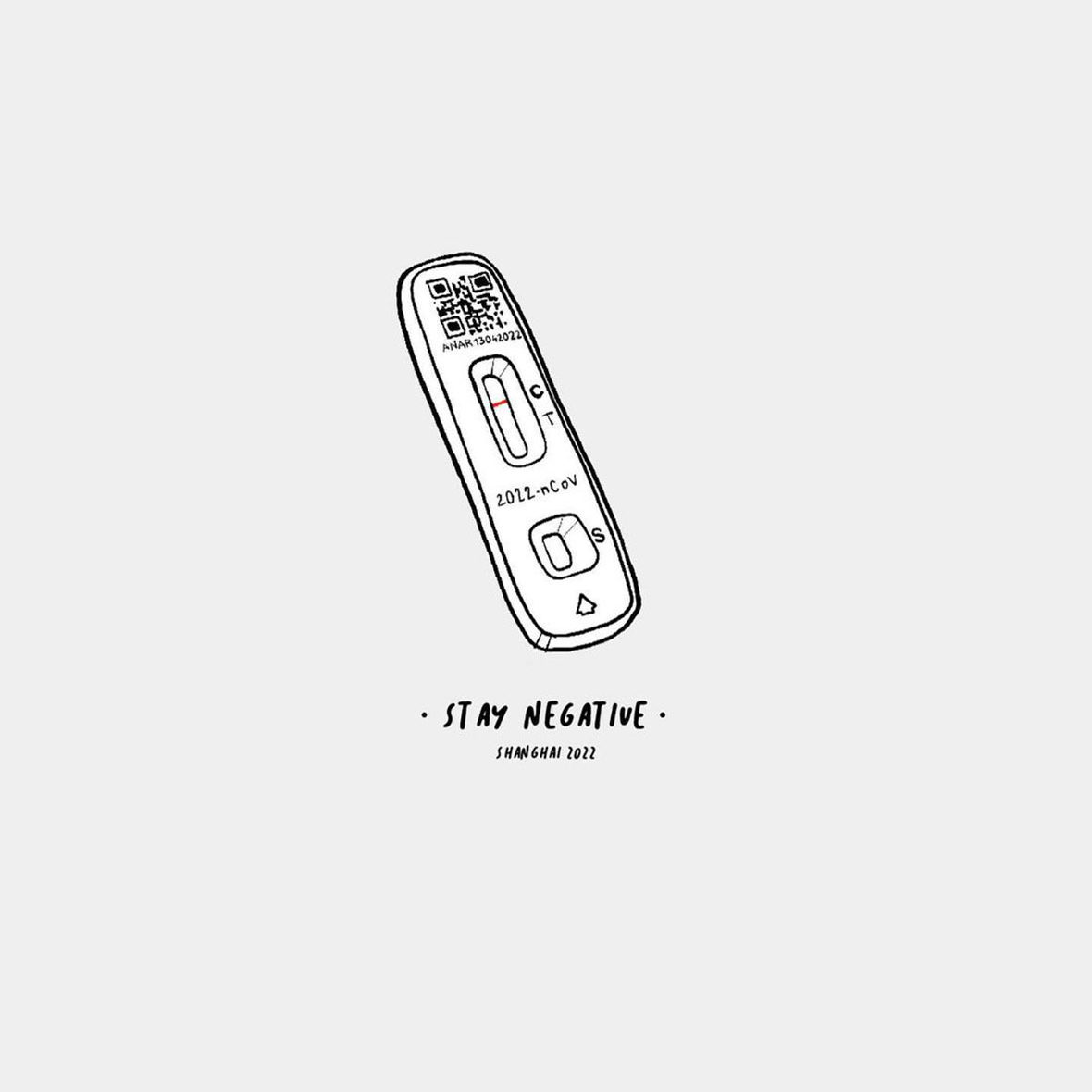 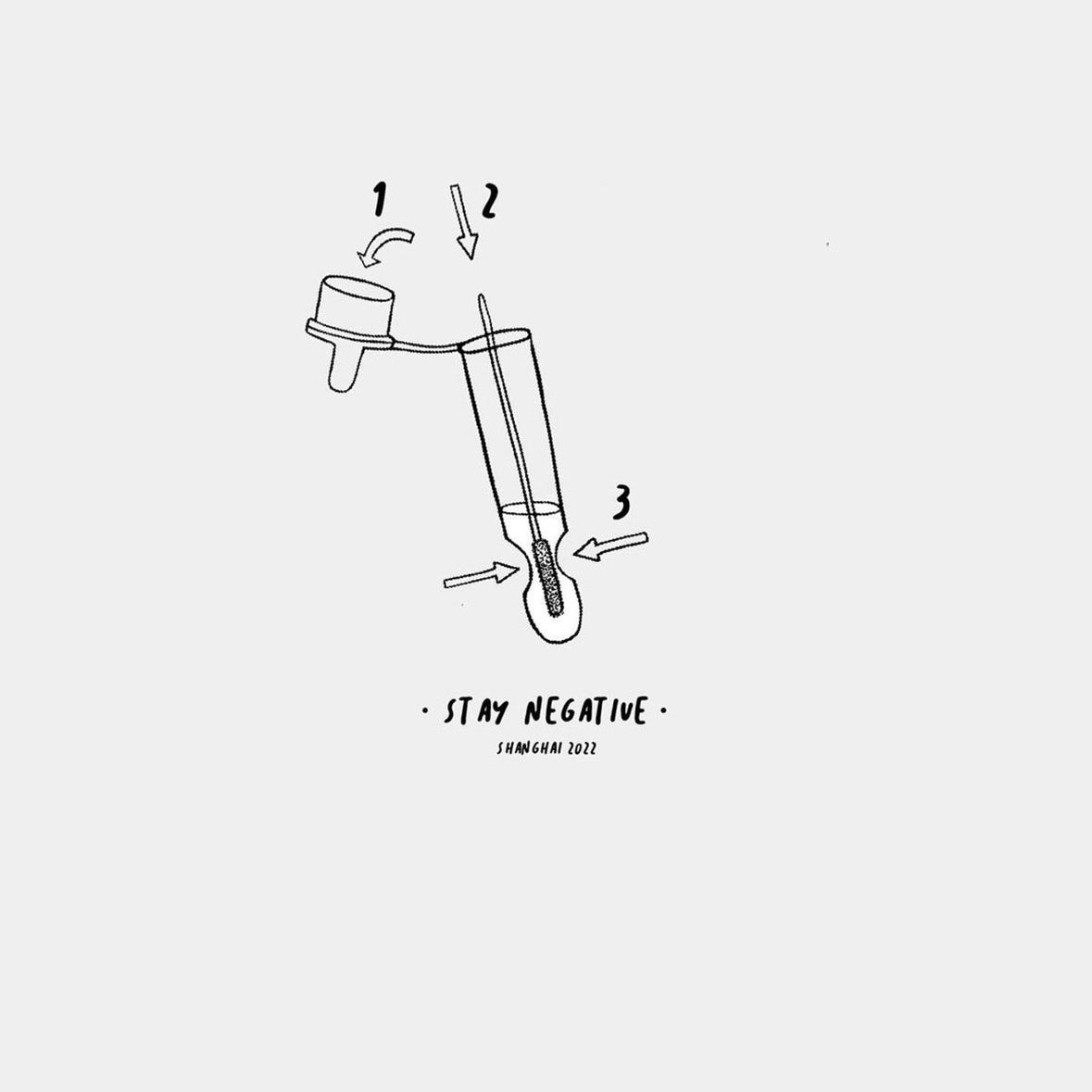 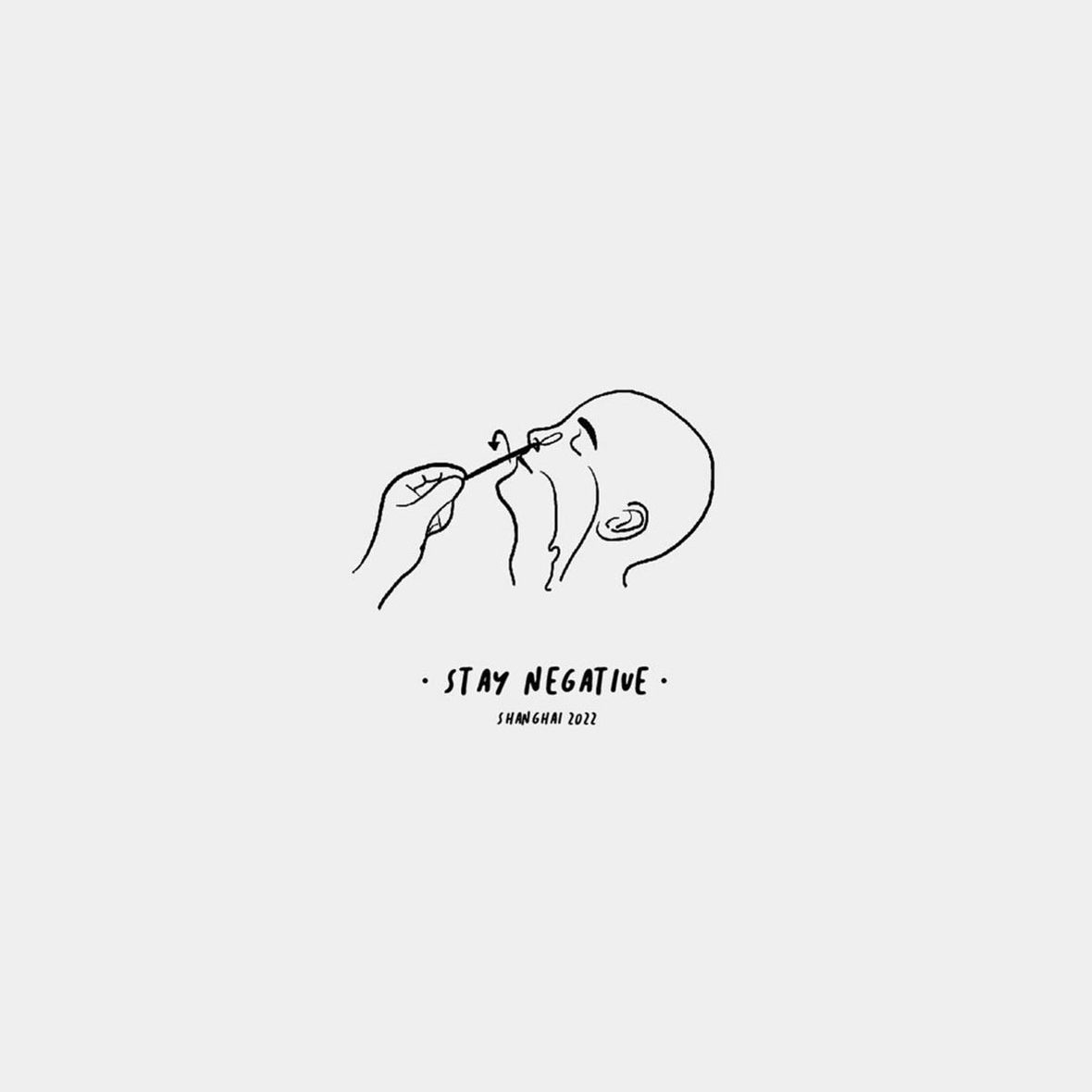 Compared with some of the most popular NFT projects out there, the team decided on a more pared-down aesthetic. A busier composition can be too distracting for their purposes. Simple details such as the blue markings on the otherwise all-white hazmat suits of city workers, a splash of red on the vest of a community-level officials, or the distinctive yellow of cordon tape are the only pops of color within each frame. Against the plain gray backgrounds, each illustration is given plenty of room to breath within the frame. The project shows that when it comes to NFT art, simplicity can still be a virtue. 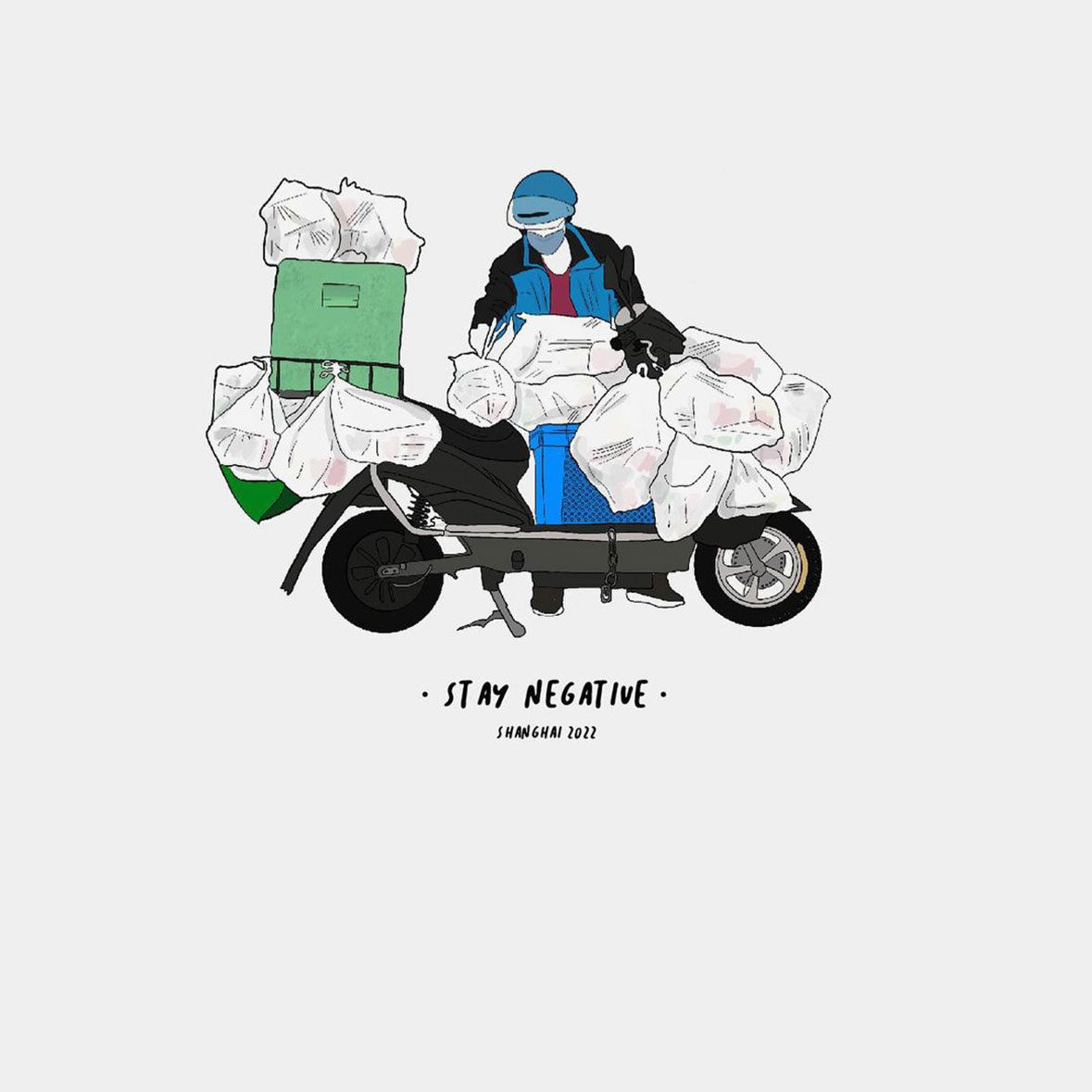 Shanghai’s residents have demonstrated a laudable resilience and patience since early April until now, and these artworks capture the fortitude and levity that have been essential for getting through the lockdown. Despite the obvious drawbacks and plethora of issues that’ve arose from the current Covid strategy, there are perhaps lasting benefits that can be reaped once the city opens back up. “We believe that this lockdown will make us stronger as human and as a collective, and the sharing of such an incredibly intense experience will inevitably change the dynamic within the community and people,” says one of the anonymous artists behind the project. “We’re not saying that we will have weekly dinner with the neighbors, but we’re pretty sure that we will smile more and be more willing to help each other in moments of need.”

Proceeds from the Stay Negative NFT series will go to an organization helping homeless people impacted by the lockdown. You can learn more about the series and its mission by visiting the official website.