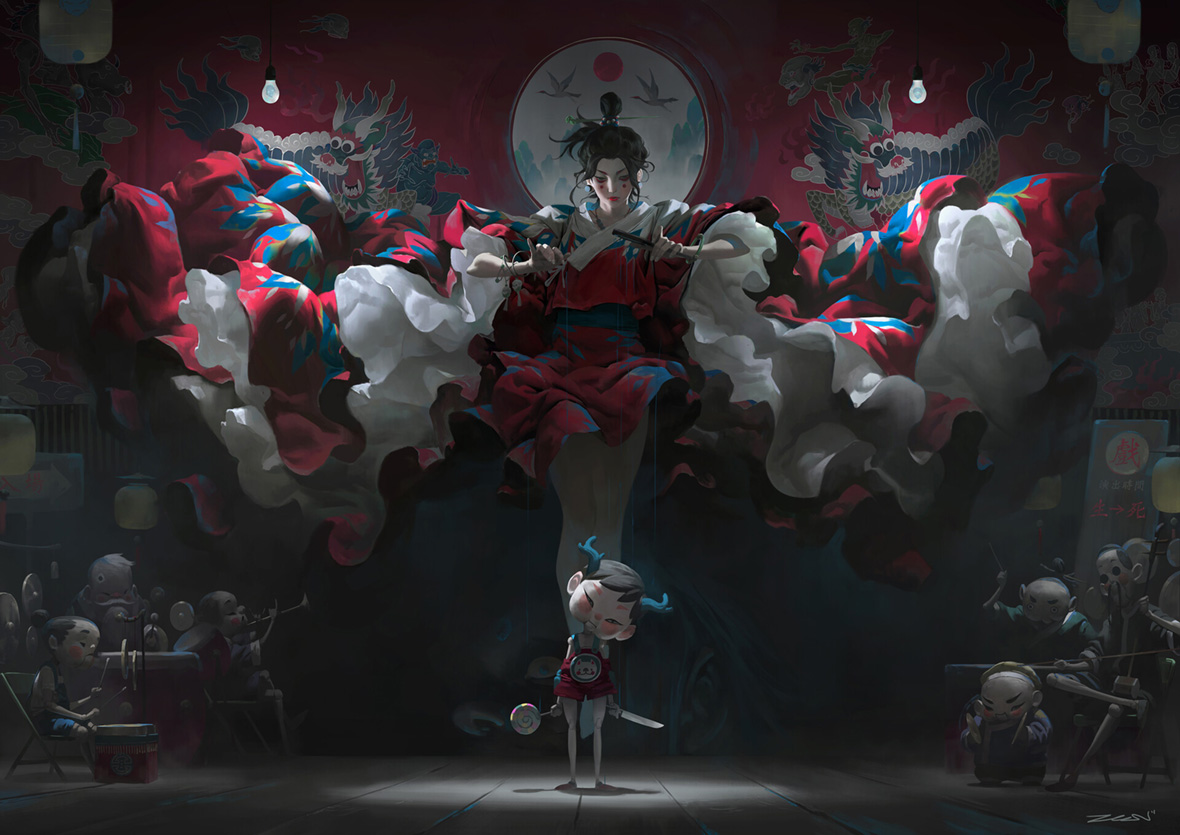 The world of Zeen Chin is one filled with animated marionettes, eerie masks, and impish demons. These characters switch roles often—at times, one might be tugged along by strings, while other scenes might show them as the puppeteer. These strings, pulling his characters along every which way, pose a fairly straightforward question: does free will truly exist, or is it just an illusion? 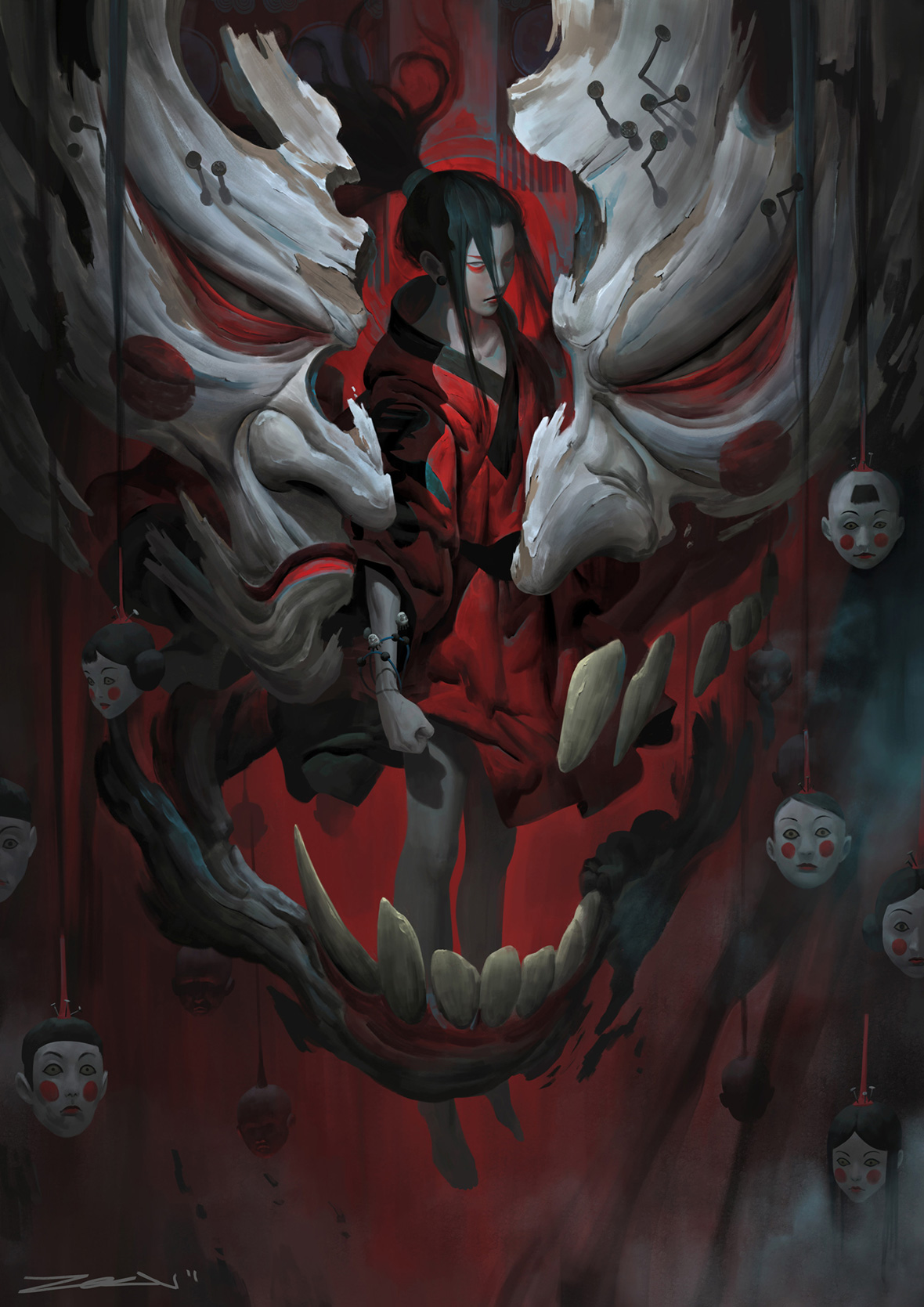 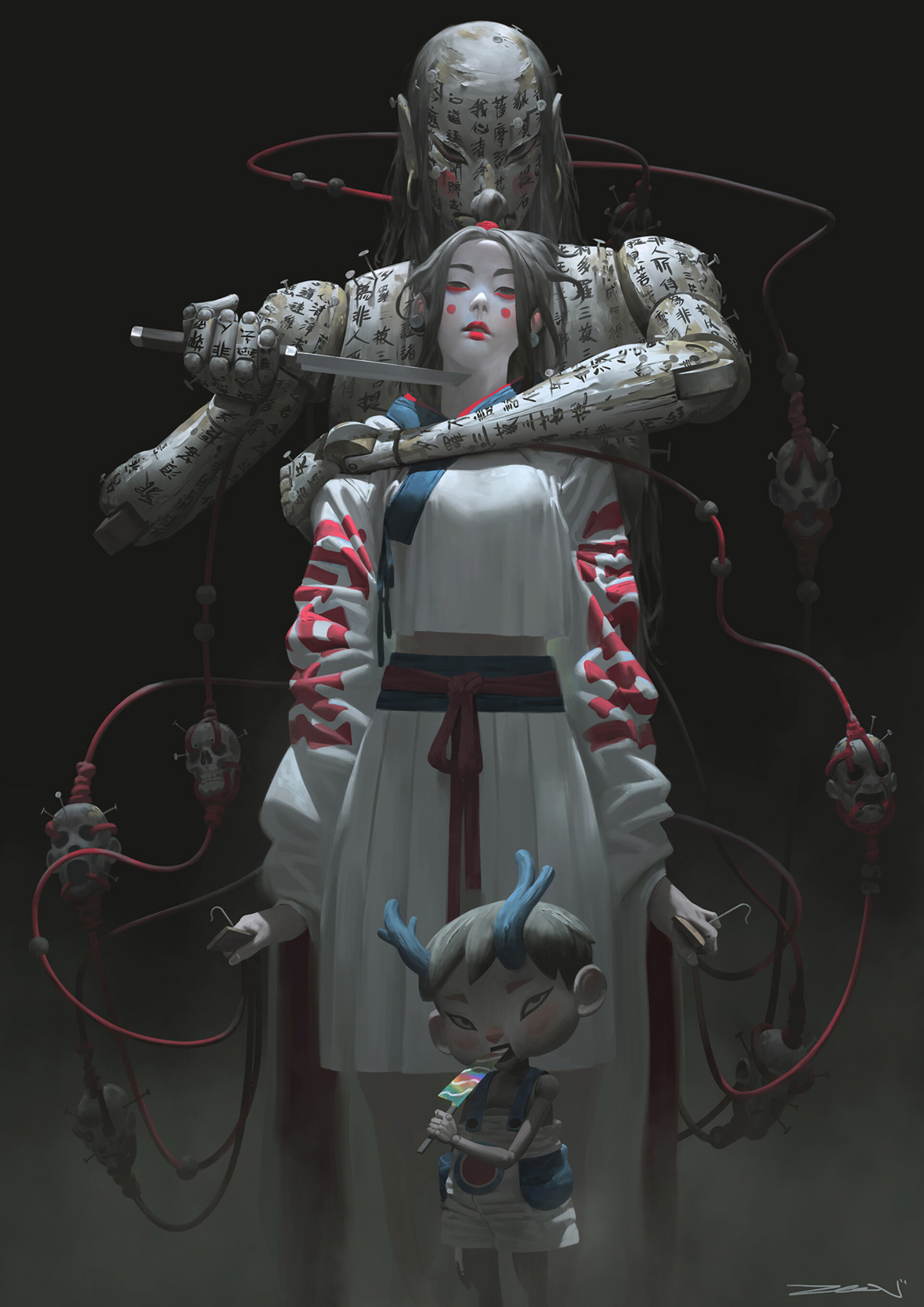 Zeen, whose real name is Chin Jing-hui, is working on this series of illustrations for a forthcoming art book titled 21. Throughout these works, the Chinese-Malaysian artist culls inspiration from his heritage: Chinese puppet theatre, Buddhist and Taoist references, and other Southeast Asian folklore all make frequent appearances in his drawings. “These are all things I grew up with,” he says. “It’s just natural to include them in my work.” 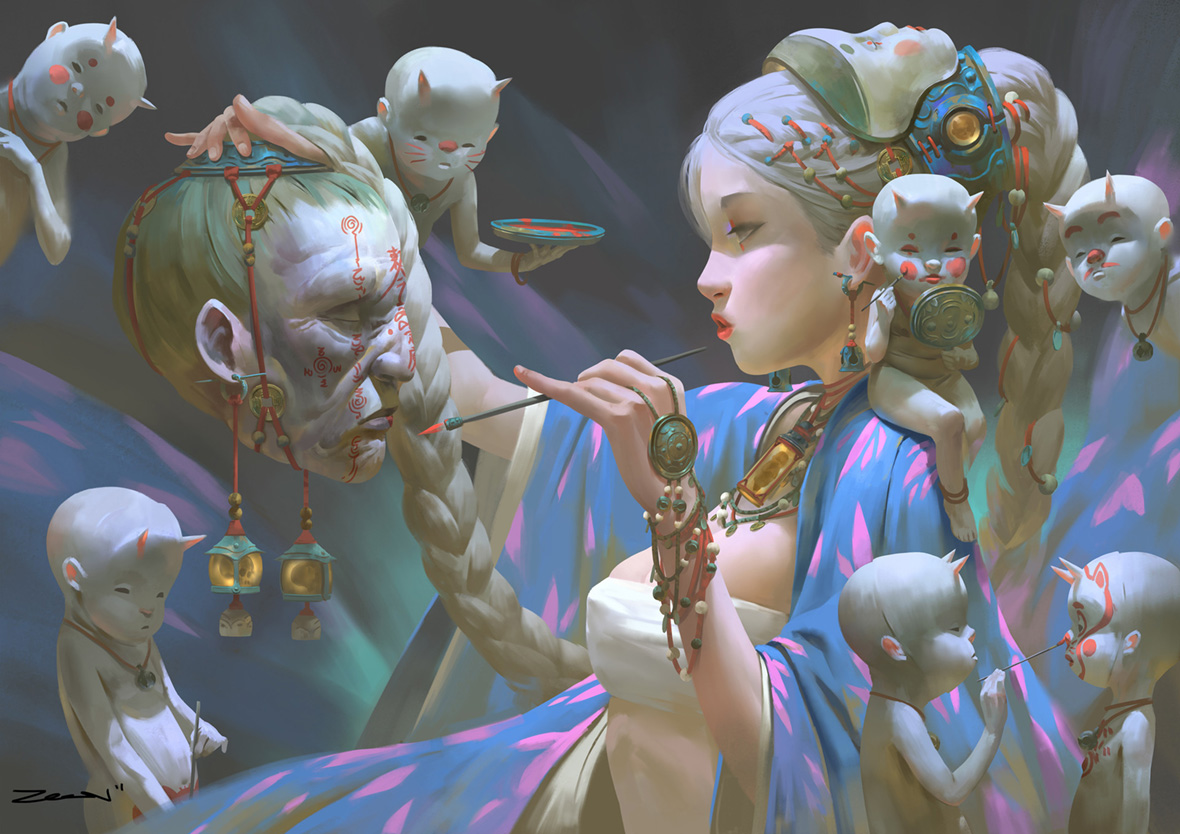 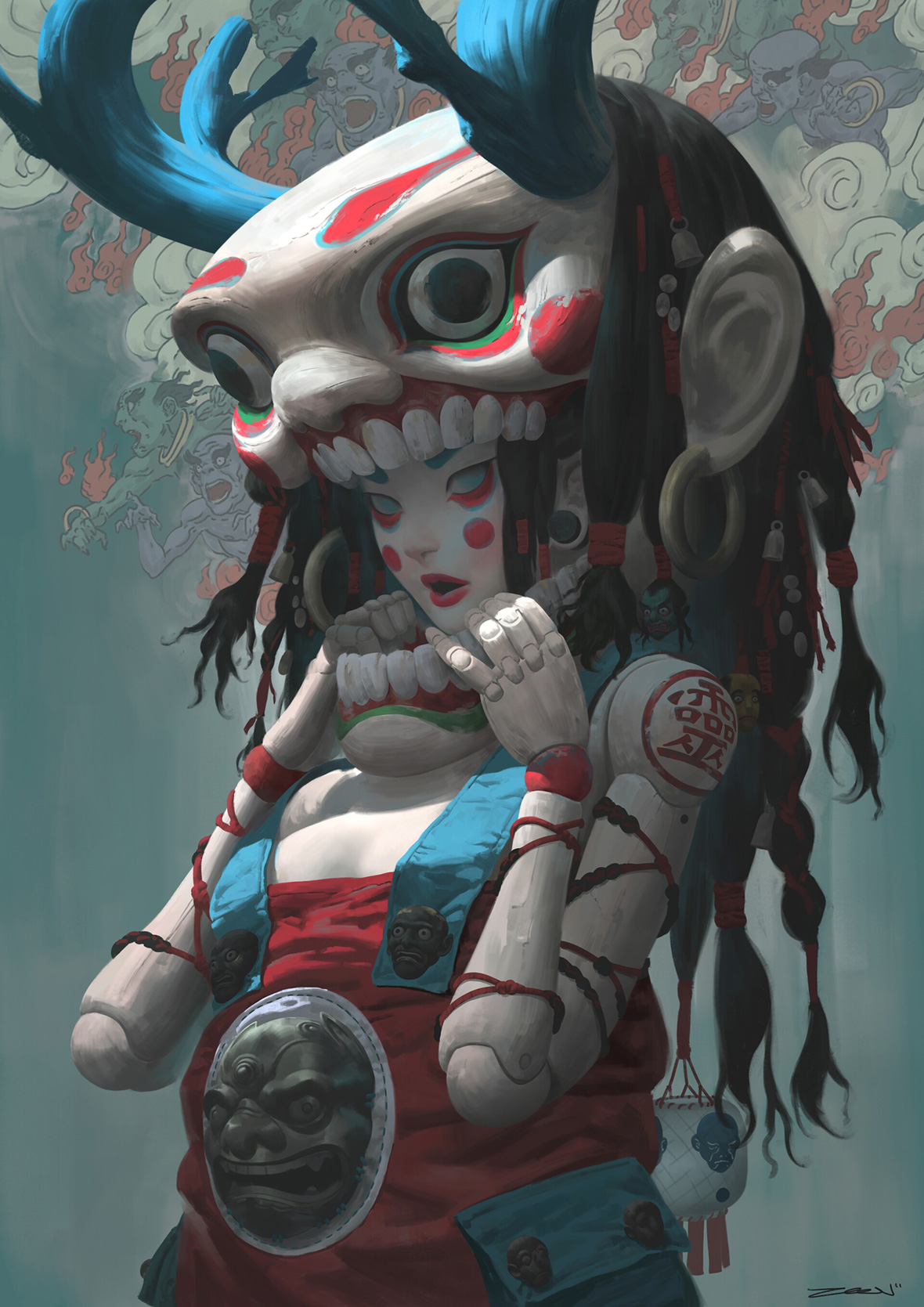 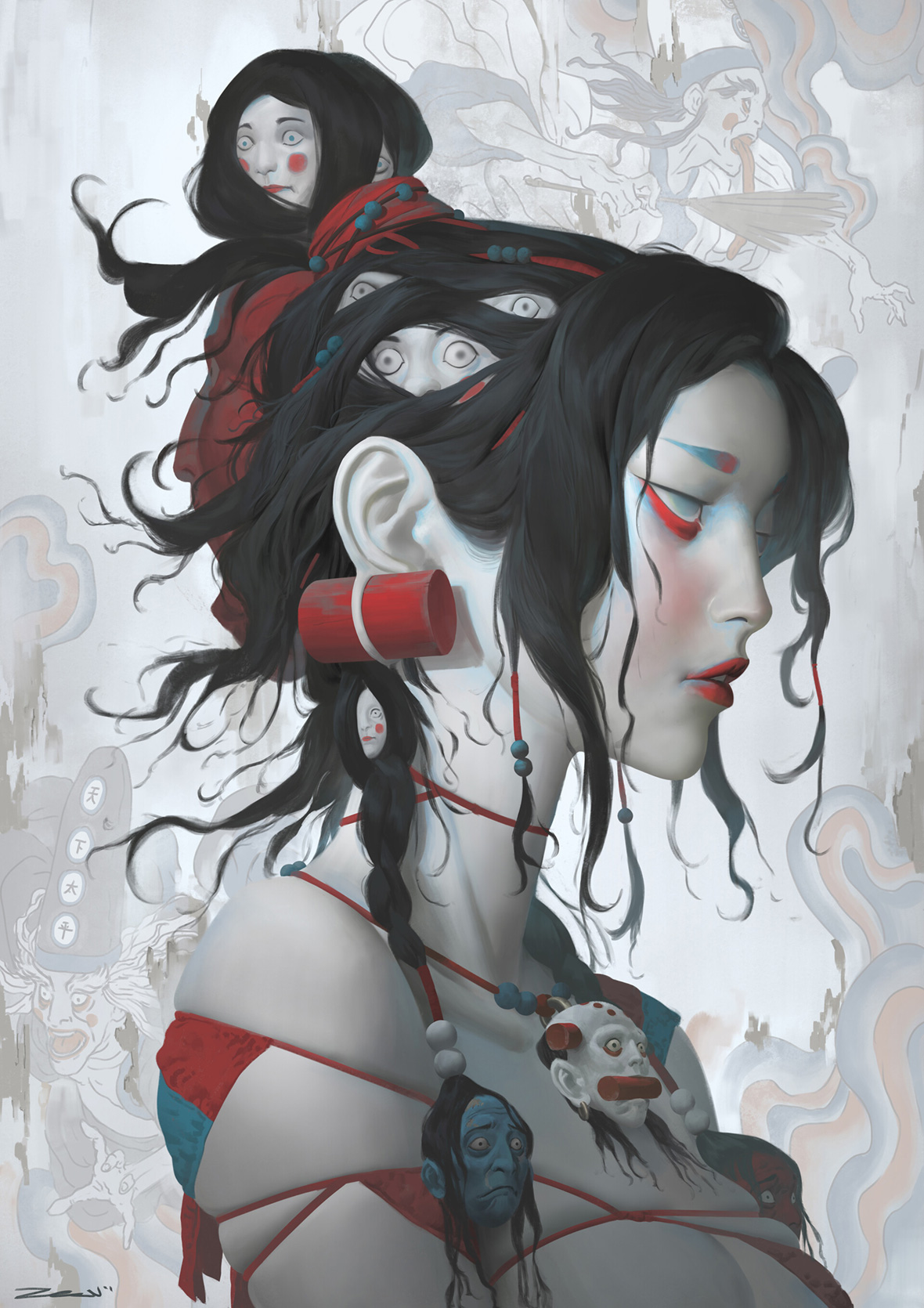 Currently based in Kuala Lumpur, Zeen says the diversity of Malaysian culture is an endless source of inspiration. Even though much of his focus is on Chinese culture, as viewed through the prism of his childhood in Malaysia, where folk beliefs live alongside the mix of religions. This hodgepodge of religious influences appears in different ways throughout Zeen’s work, such as the characters covered in Mandarin text, which he says is based on Buddhist scripture.

“There is a temple just opposite from where I grew up, and it was like my playground,” he recalls. “My grandparents used to take me to see puppet shows a lot, too. Every region of China has its own shows and plays with different dialects, but my grandparents were from Hainan, so we watched Hainan operas.” 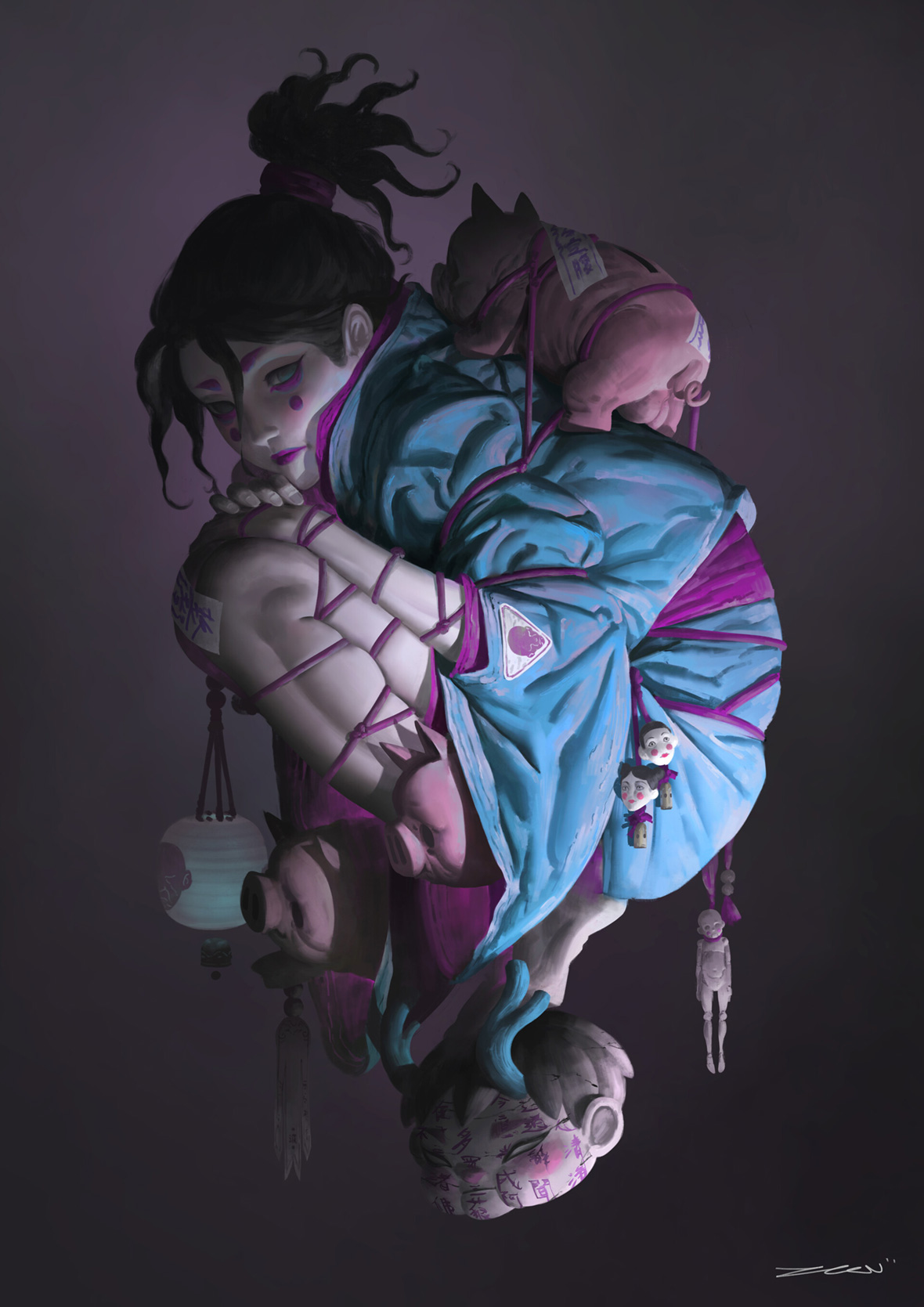 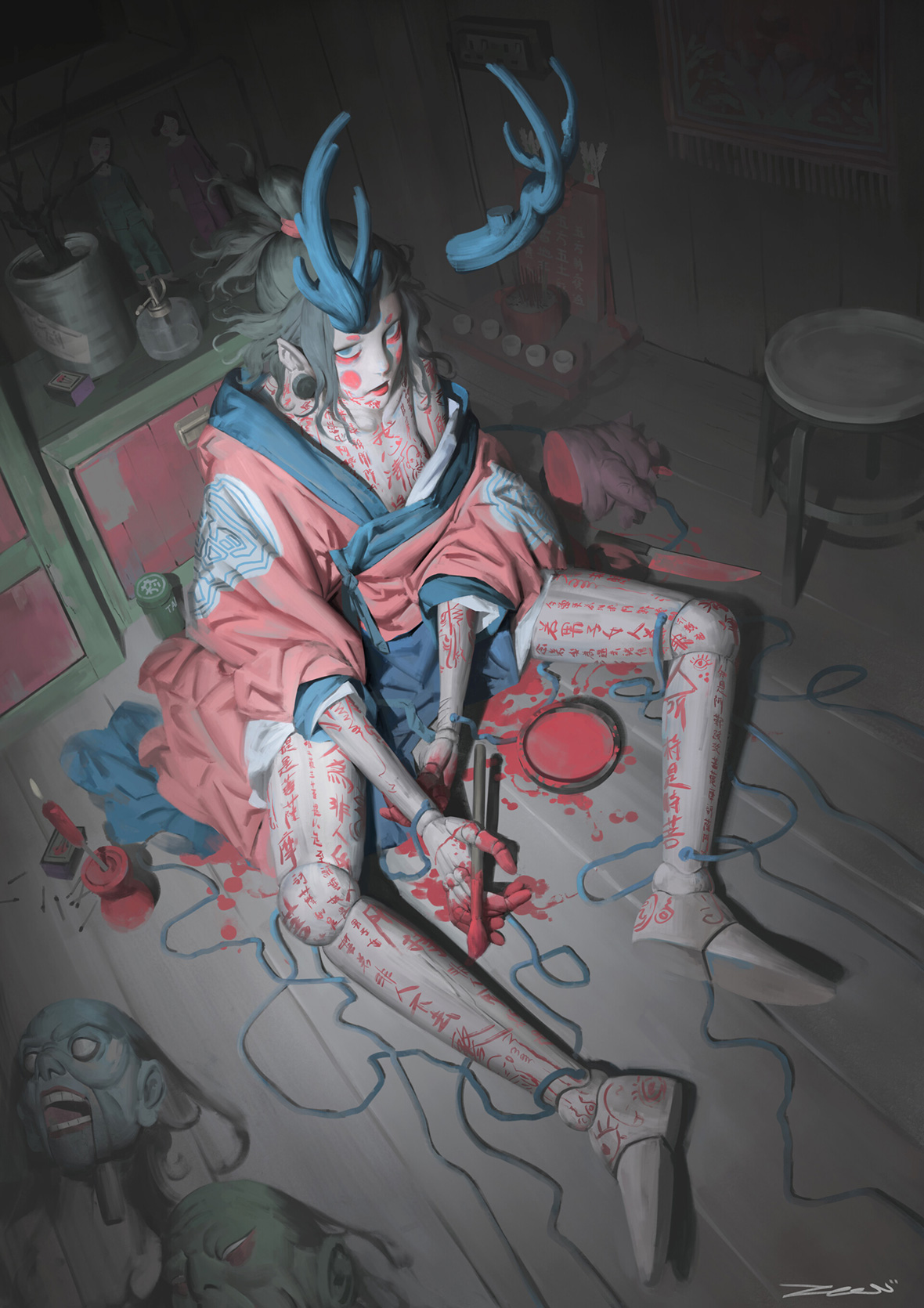 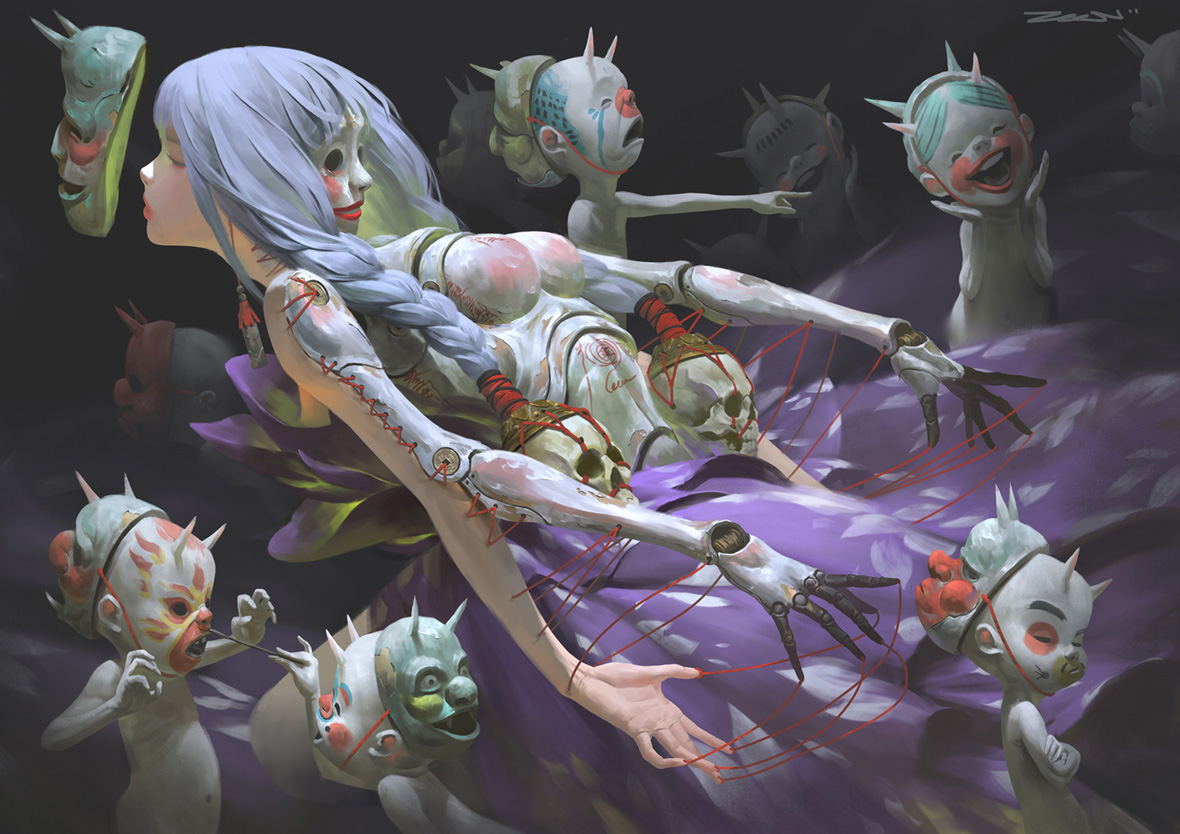 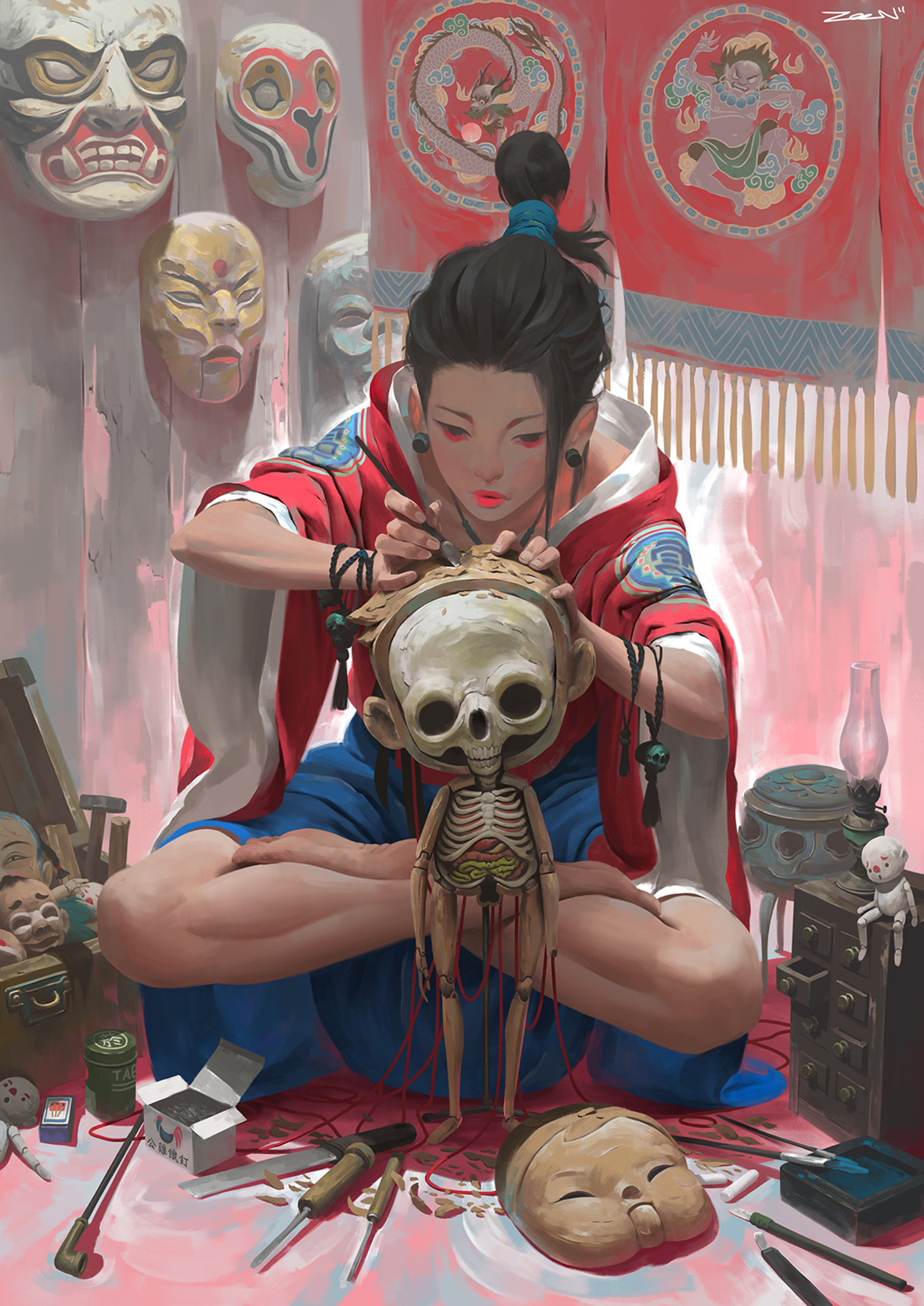 The resemblance of Zeen’s digital paintings to video-game concept art isn’t by coincidence—he works full-time as an artist in the gaming industry and this series is just a passion project. Still, he’s reluctant to reveal too much about the book prior to its official release, aside from hinting at larger concepts around how avarice and poverty can dictate people’s lives. “Ultimately, I just want to encourage people to do what they really want before they die,” he says. 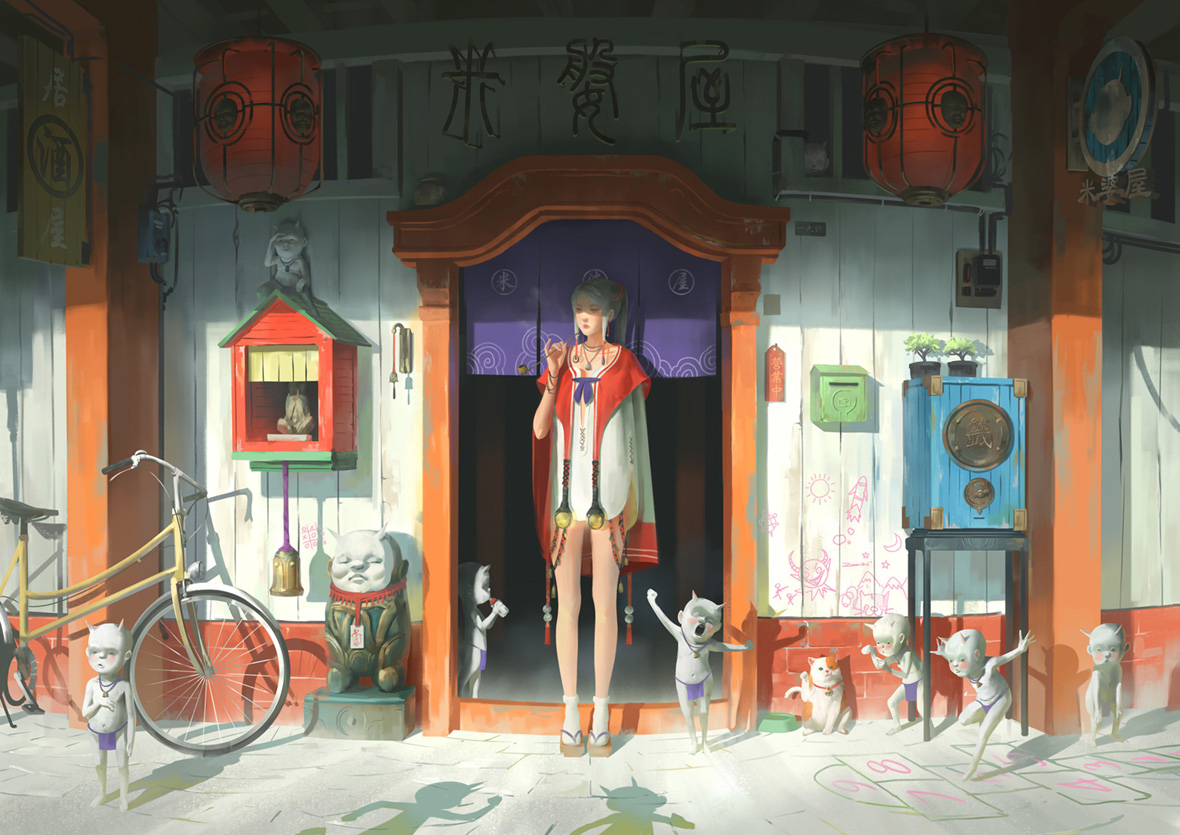