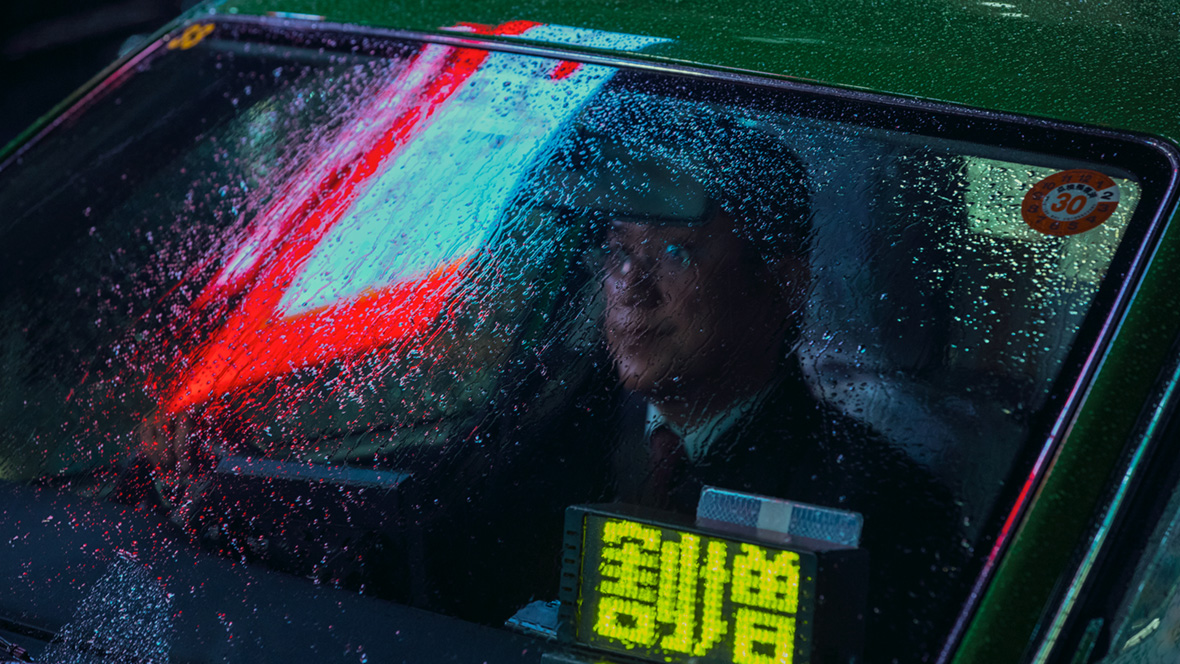 To view Liam Wong‘s photography is to enter a new universe. Although he creates work that’s tethered to the here and now, Wong isn’t afraid to take artistic liberties and tread outside the bounds of reality. The majority of his work features Tokyo after midnight, a time that even locals may rarely see. Through masterful command of color, his images of the city’s lights and signage drip with a heightened sense of mood and mystery. They hint at stories and worlds just beyond reach. As a former art director at Ubisoft, his work is directly inspired by video games and the escape they offer. 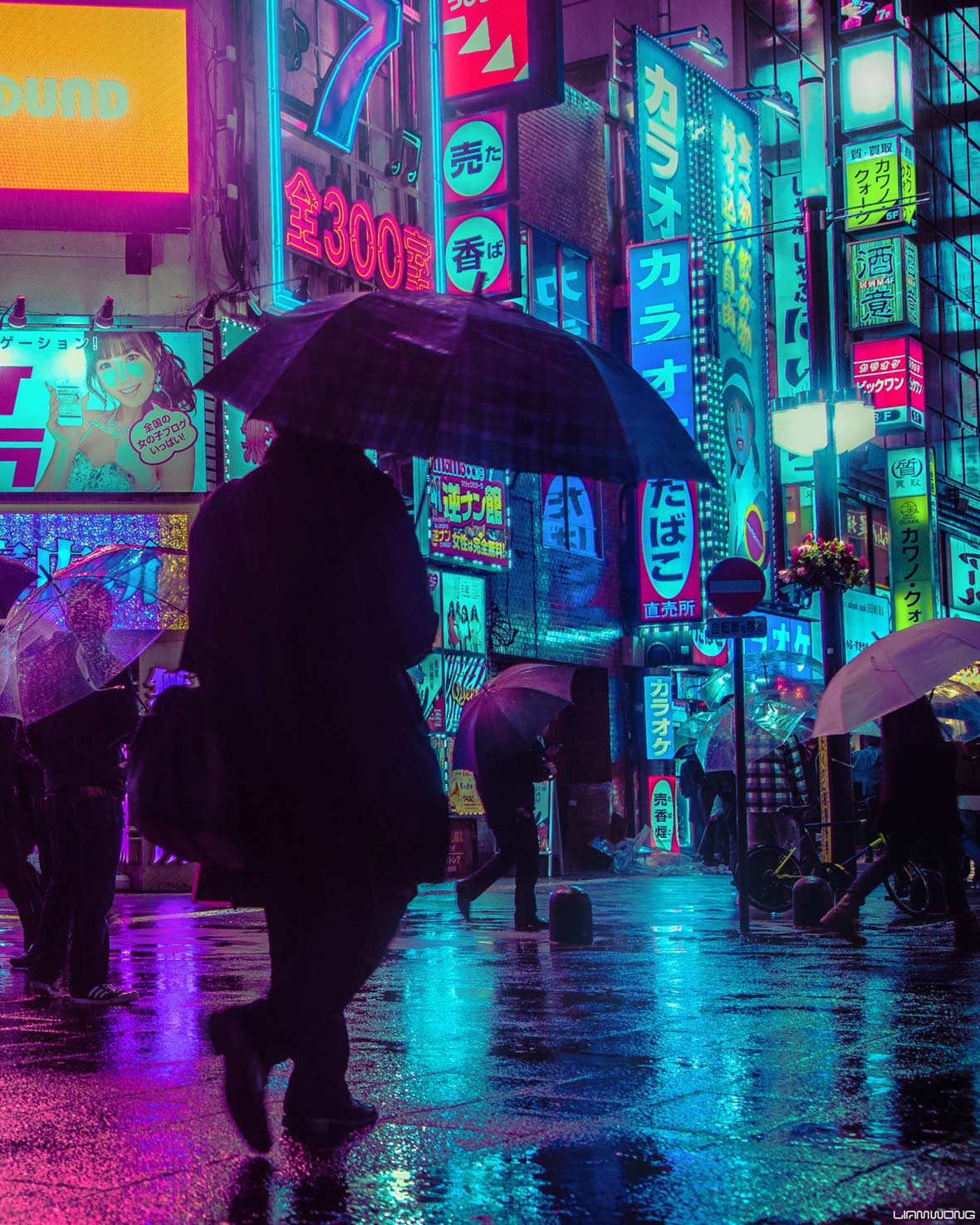 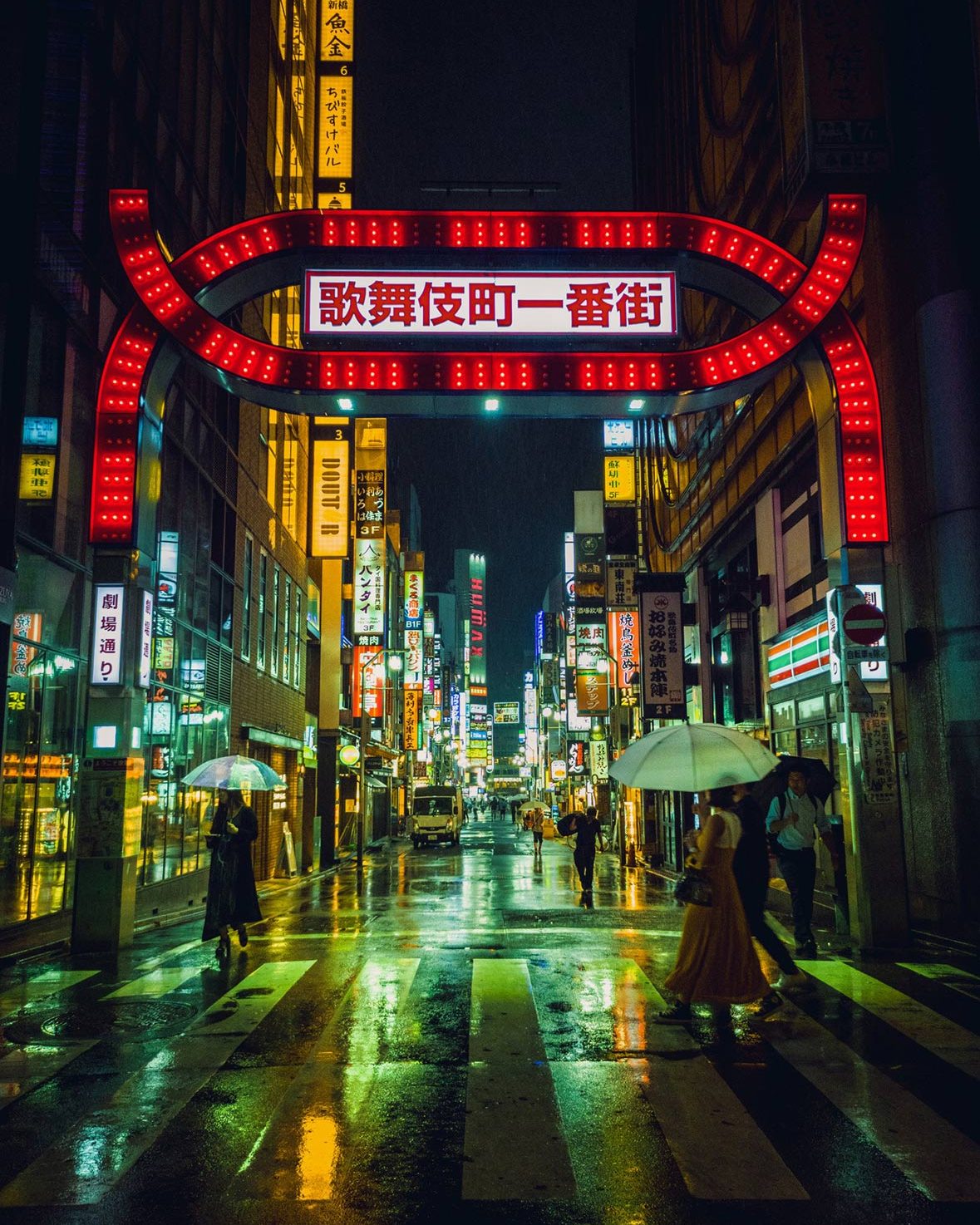 Wong almost never traveled as a child. But when he landed a job after graduation and moved to Montreal, Canada, the world opened up for him. “I didn’t really have the money to travel growing up,” Wong recalls. “The first time I went to Tokyo was in 2014 for business, and I immediately knew I wanted to come back.” These work trips inspired him to take photos, mainly on his phone at first. But beyond creating visual travel logs for himself and close friends, he also shot reference images for work. “One time in Tokyo I did a full sweep of an alley, up and down every surface to capture the weather and texture and grime. Everyone who works in games takes reference photos.” 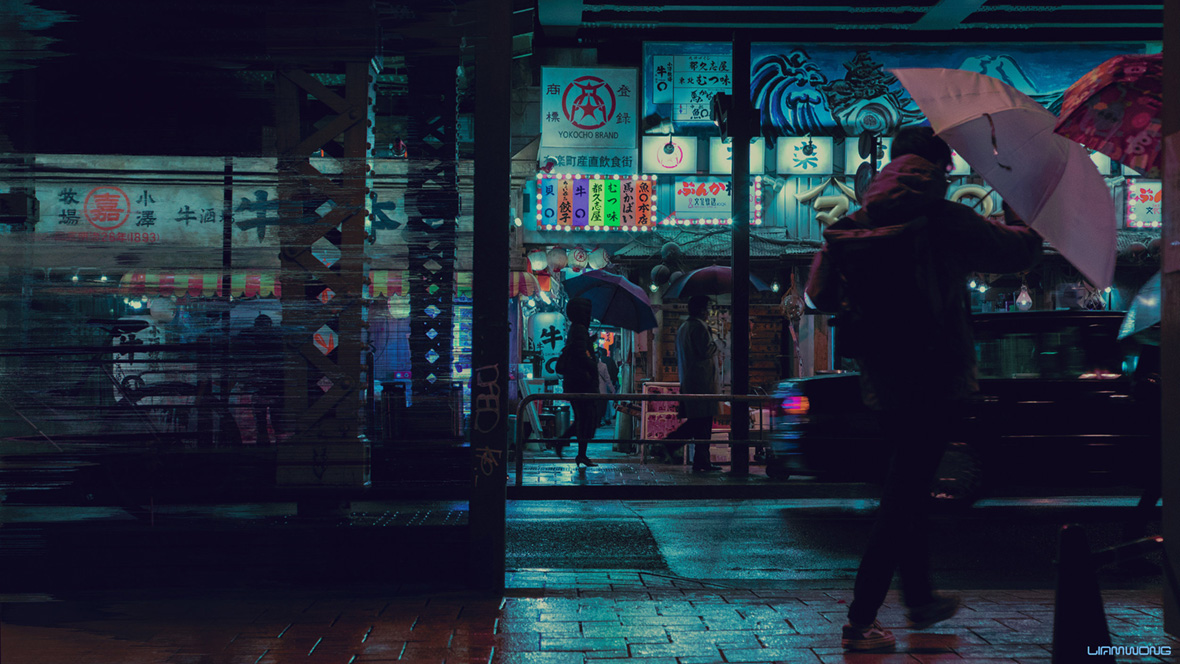 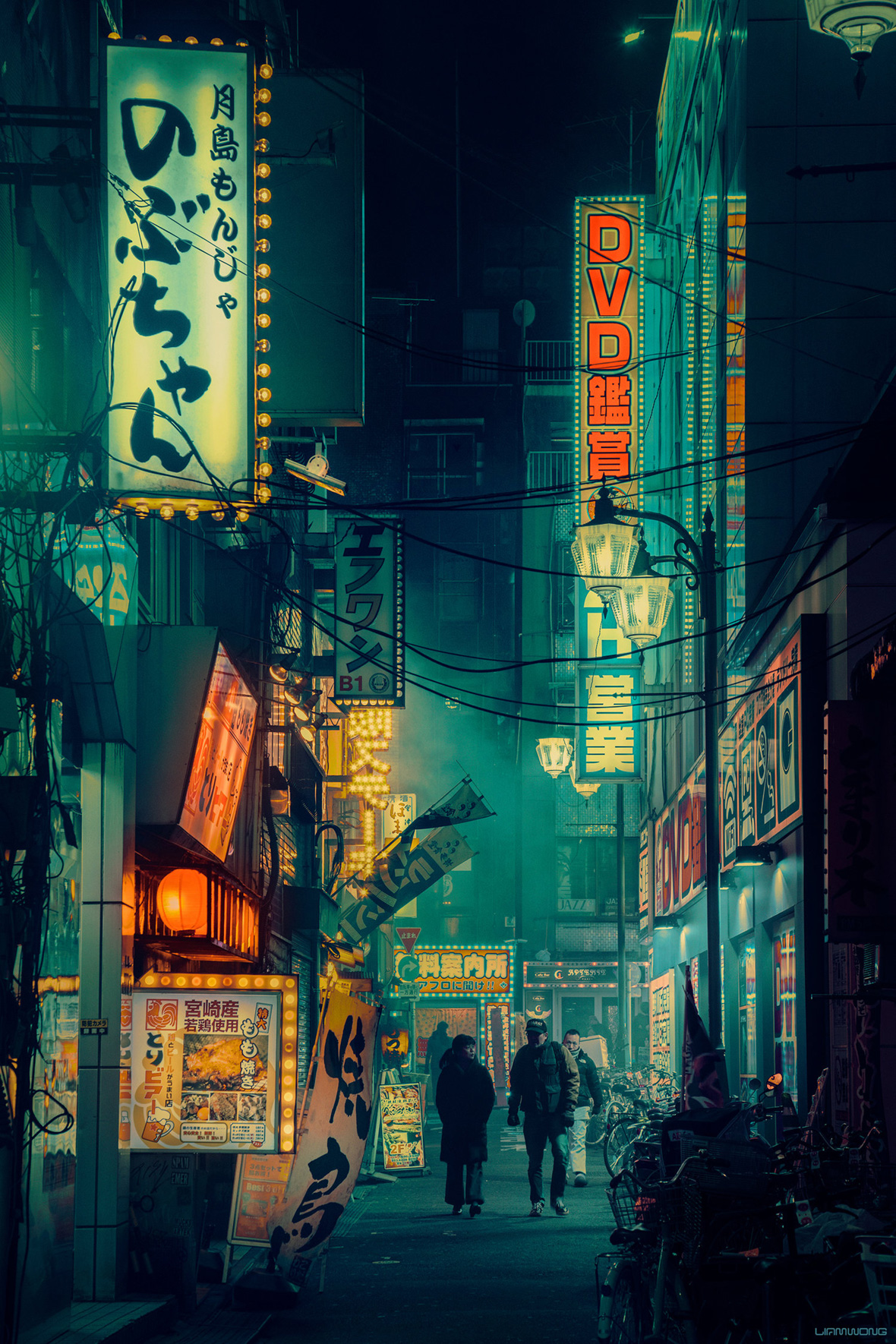 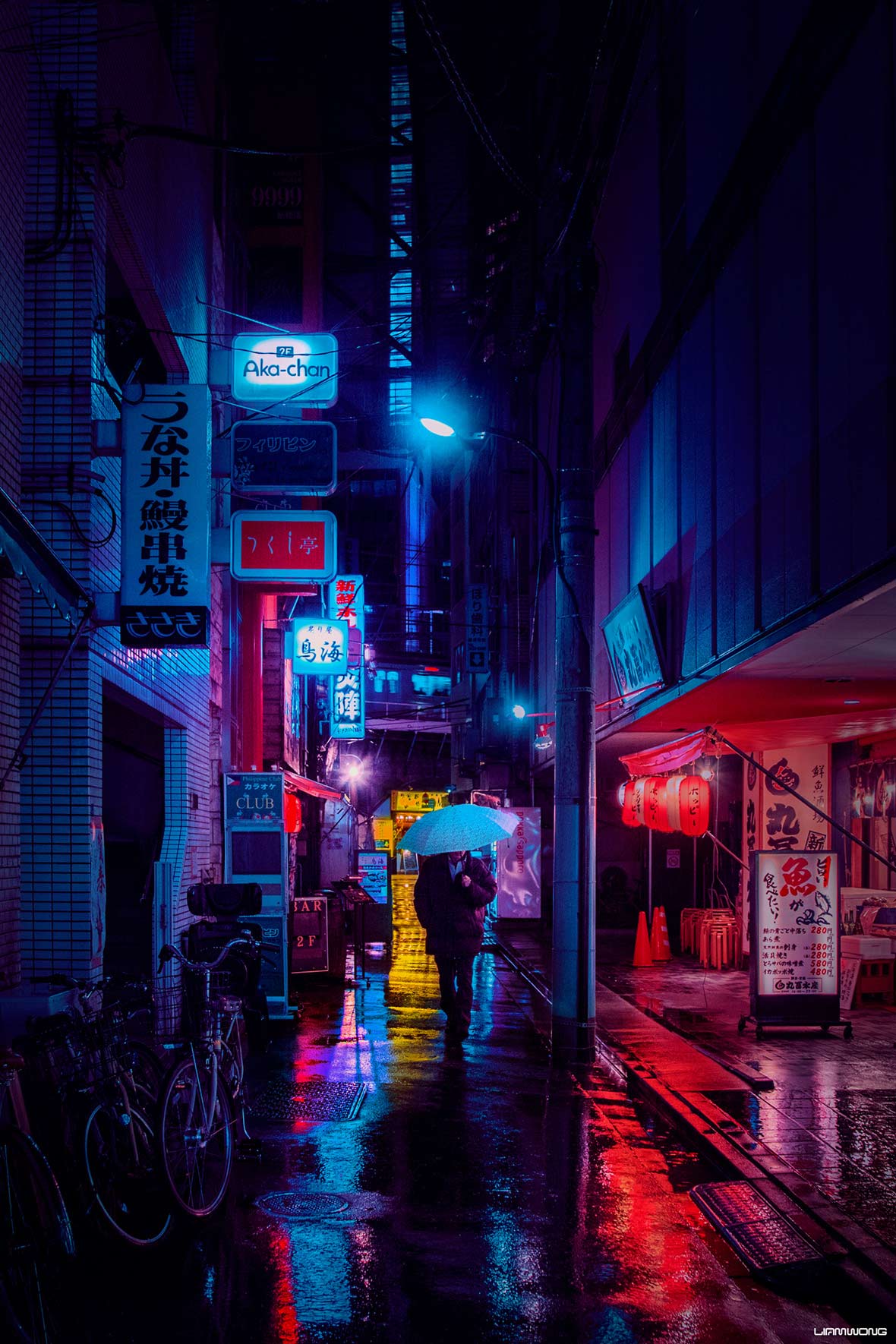 Once Wong made the leap and bought a DSLR camera, his coworkers taught him the basics of photography. “That was a steep learning curve, but there were a lot of people around me who didn’t mind answering my stupid questions,” he laughs. “Sometimes at lunch we’d walk around alleyways and they’d show me tricks. I already knew what was wrong with the photos I took. It was the technical side that was the hard part.” Eventually, he started an Instagram and the immediate feedback the platform offered motivated him to take his photography further.

Soon the desire to focus on his own creative endeavors took hold and Wong decided to leave his job. “We had just wrapped up a big game and I had a bunch of compensation time, plus my apartment lease was about to run out, so it was like, now or never,” he says. He moved back to the UK for a while and then spent a few months in Japan, trying to figure out what he wanted to do. All the while, he continued to take photos, building a body of work that was slowly gaining a loyal online following. “It felt  much better working on my own ideas.” 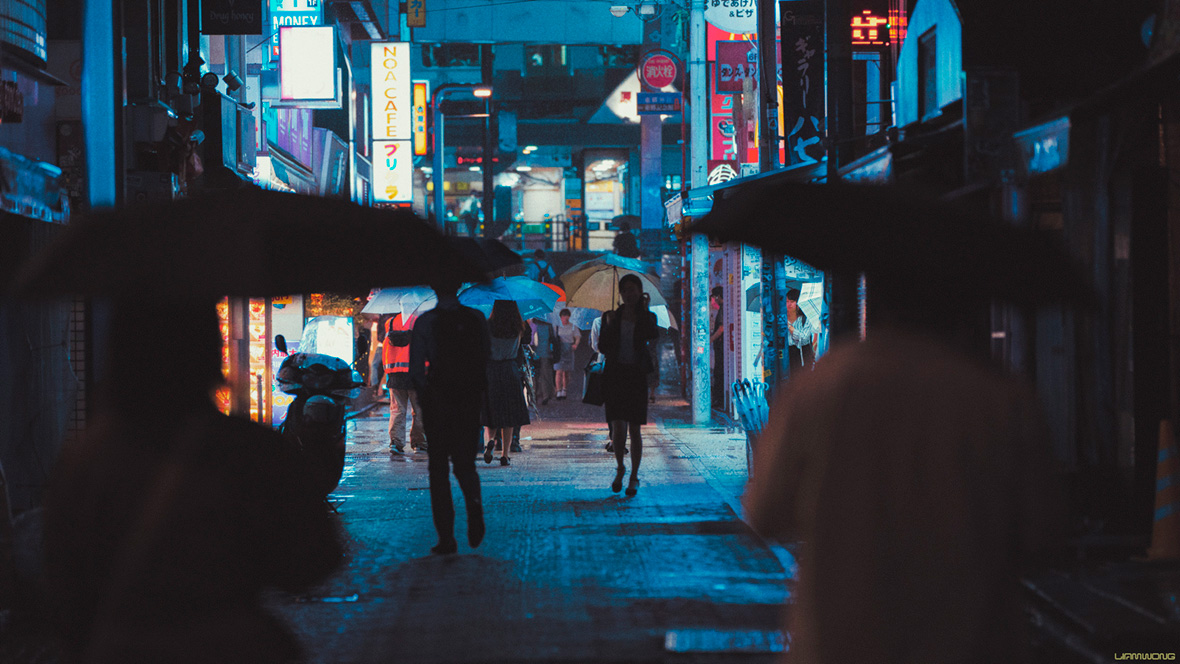 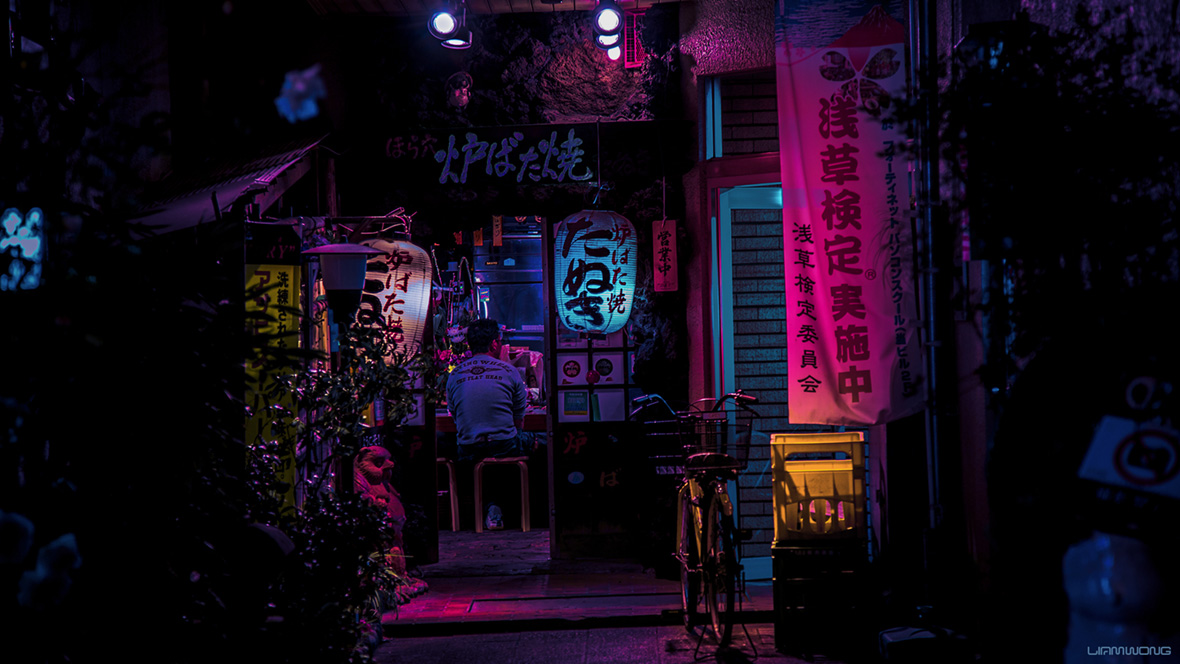 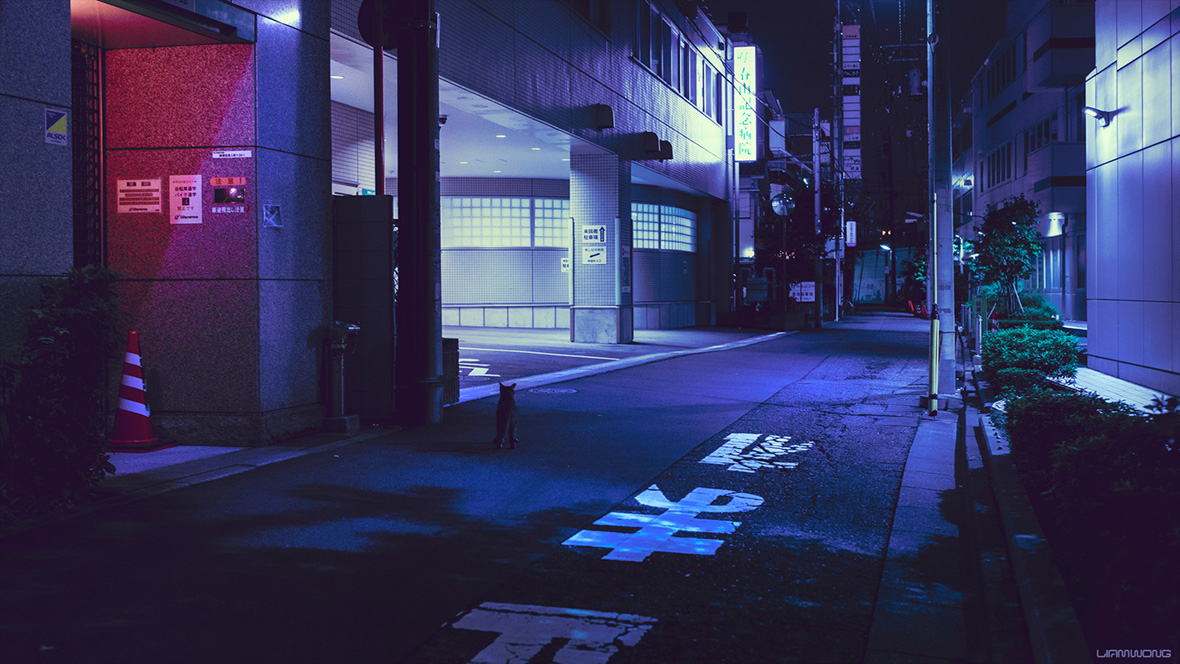 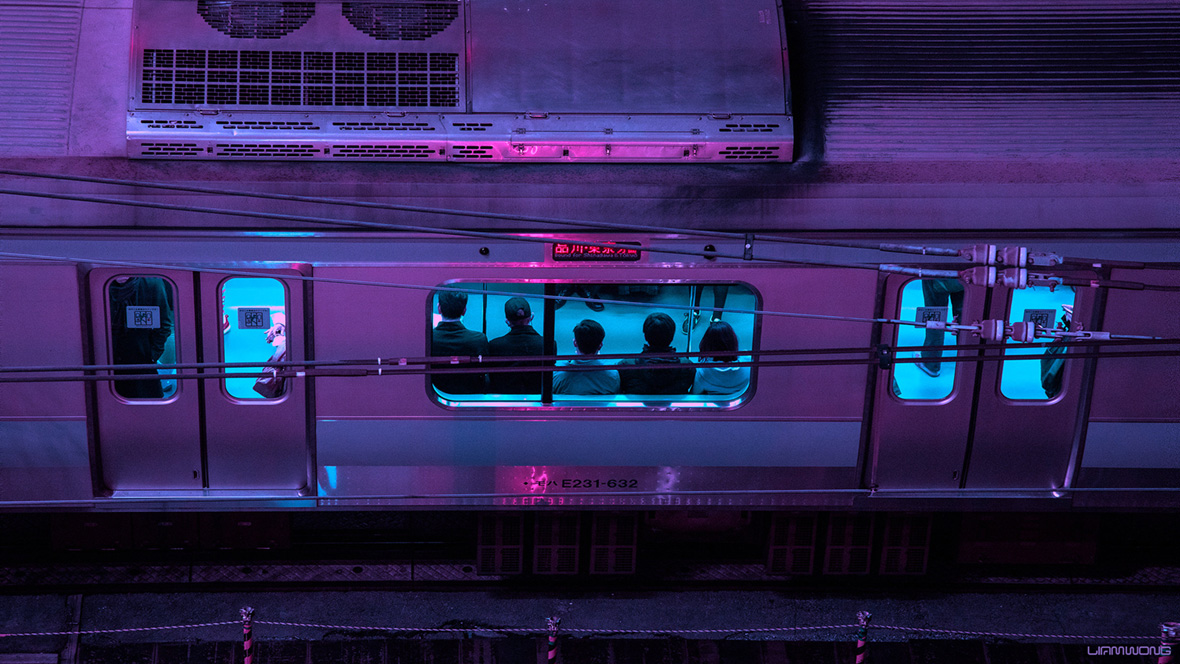 When Wong comes across a scene he likes,  it’s not as straightforward as pressing the shutter button. It’s often a game of patience. He’ll wait for the right moment—for a person to enter the frame or for day to turn to night.  Sometimes, though, he admits there is an element of luck. “There’s one picture of a girl in a taxi that I didn’t even know I took until I went back and looked at my camera roll.” 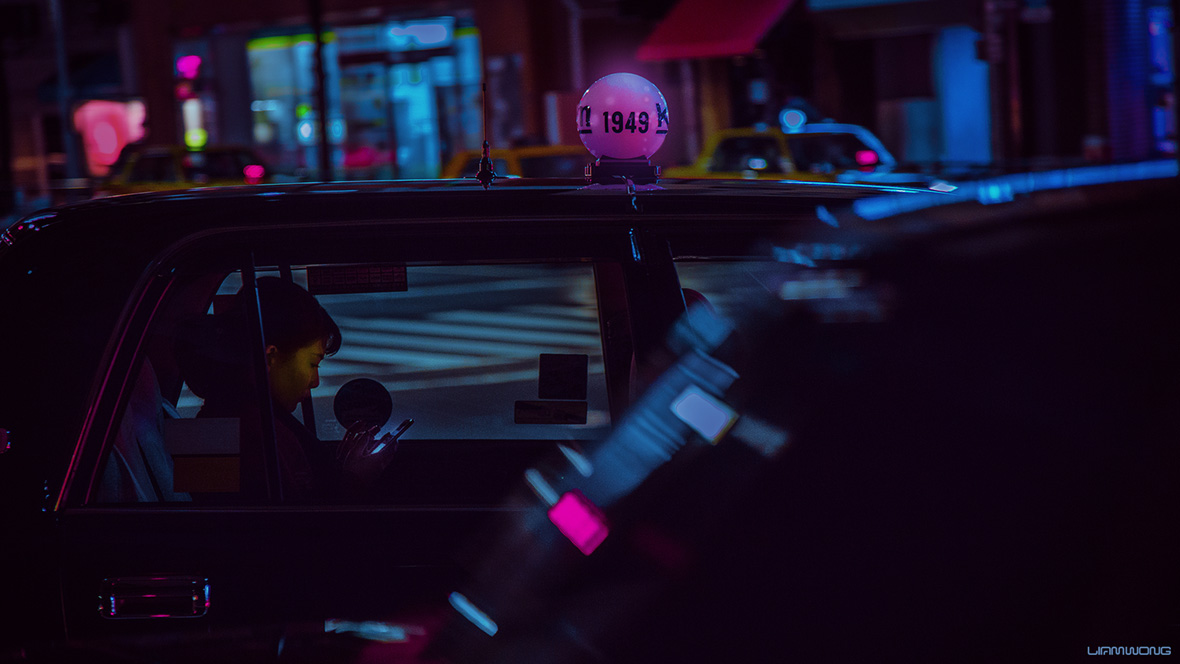 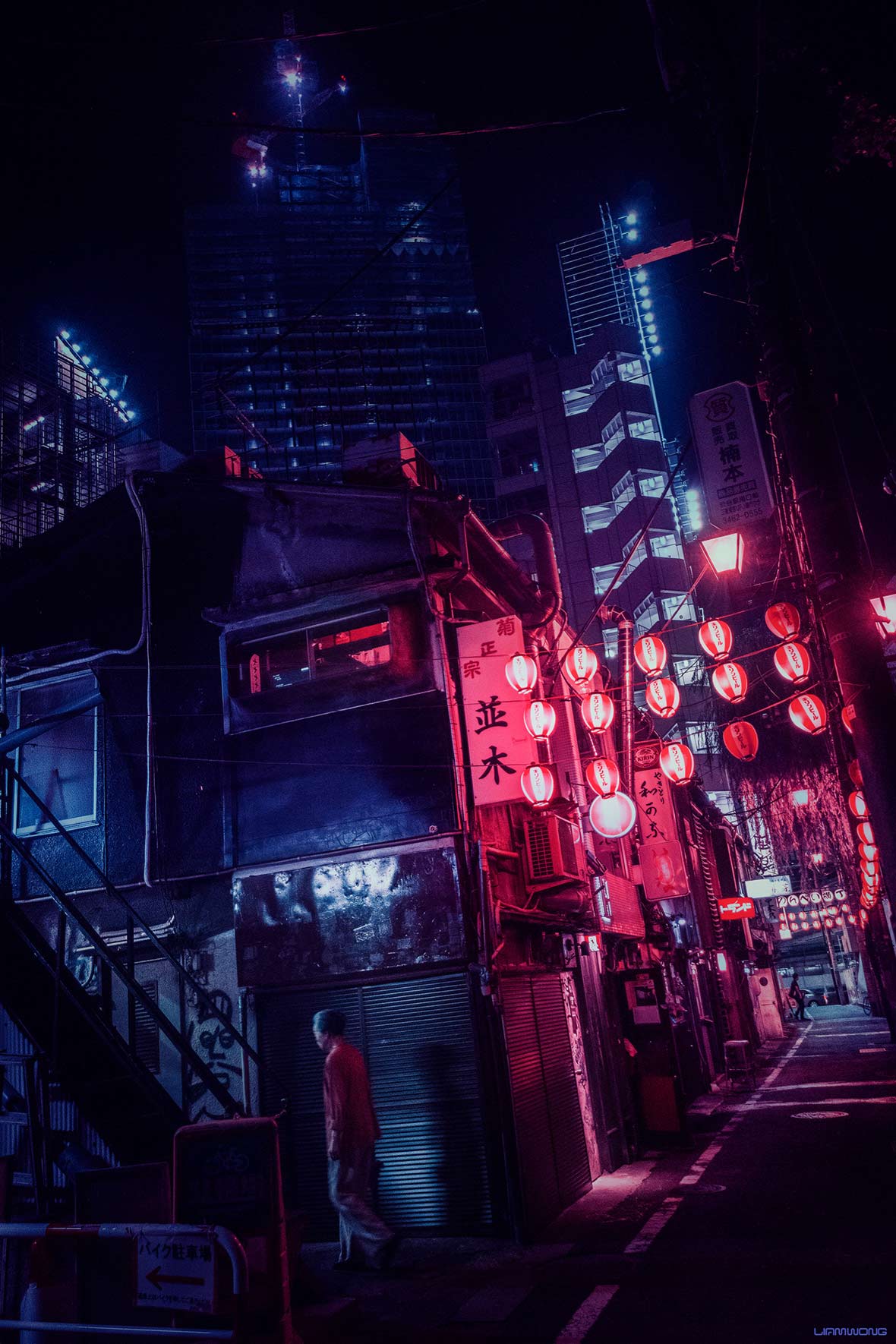 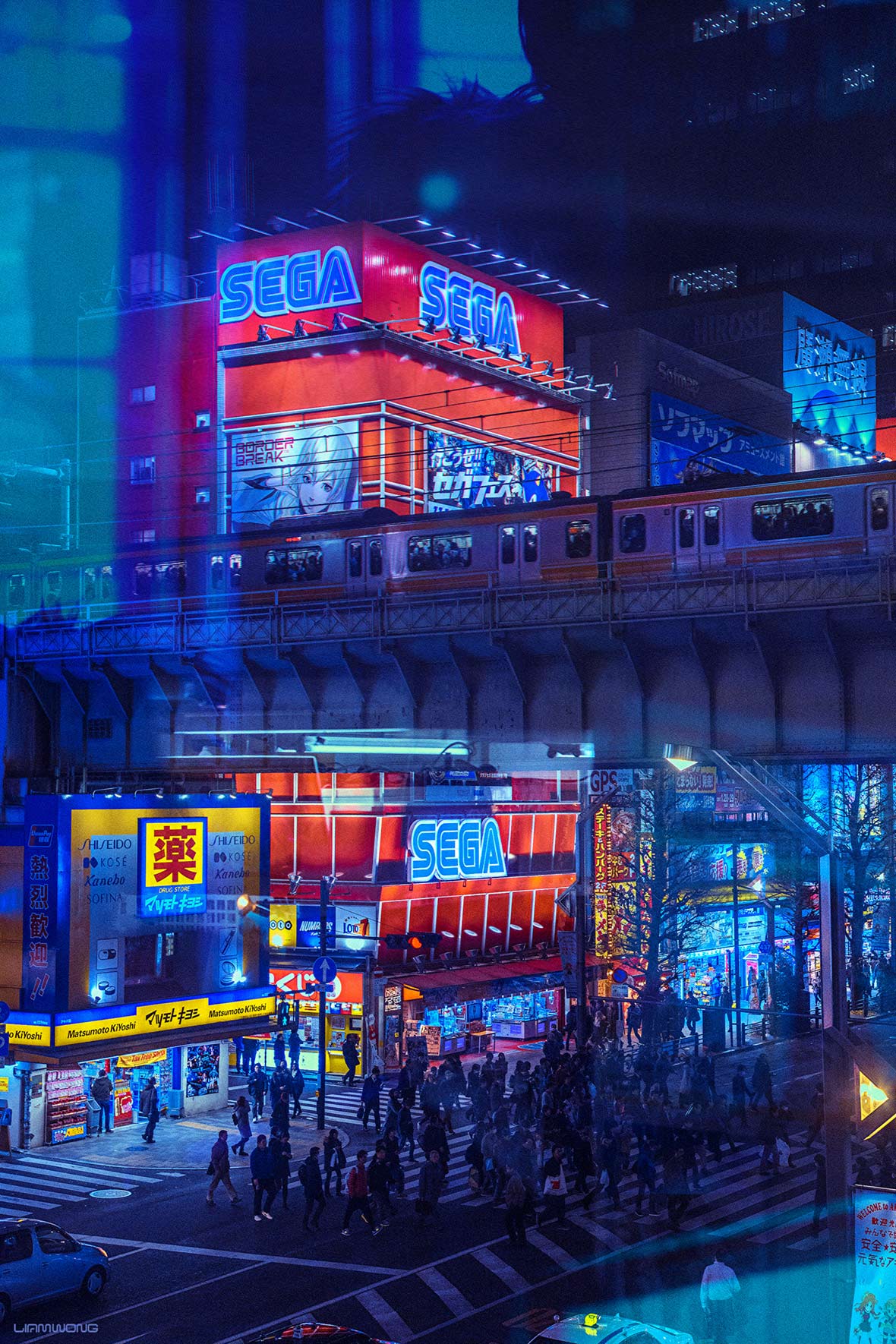 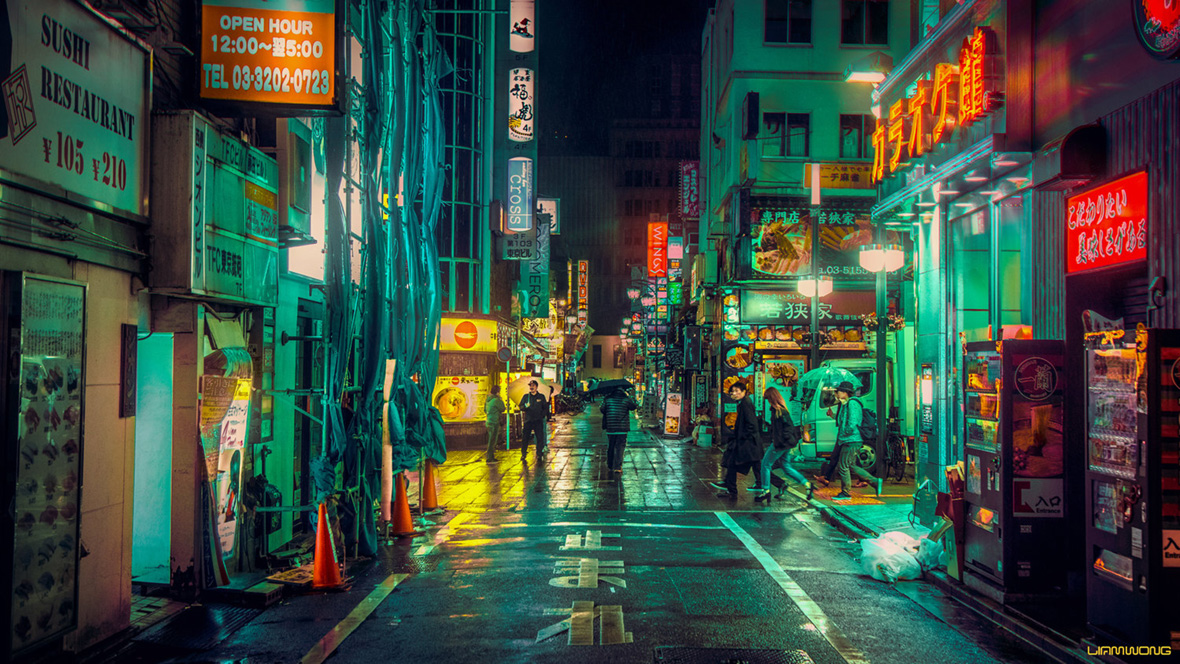 Rather than simply capturing reality as is, Wong’s snapshots are often just a base he uses to build his final image. “For the longest time, I didn’t consider myself a photographer, because I thought photography is about the shot itself with limited editing. I never thought to take artistic liberties,” he says. It wasn’t until he found a book of work by Syd Mead, a concept artist of Blade Runner fame, that Wong began seeing the creative possibilities of the medium. “My approach to photography is similar to filmmaking, in how they take a shot and build off it with color grades and adding effects. It’s less photography in the traditional sense and more of a hybrid. I’m not a photojournalist.” 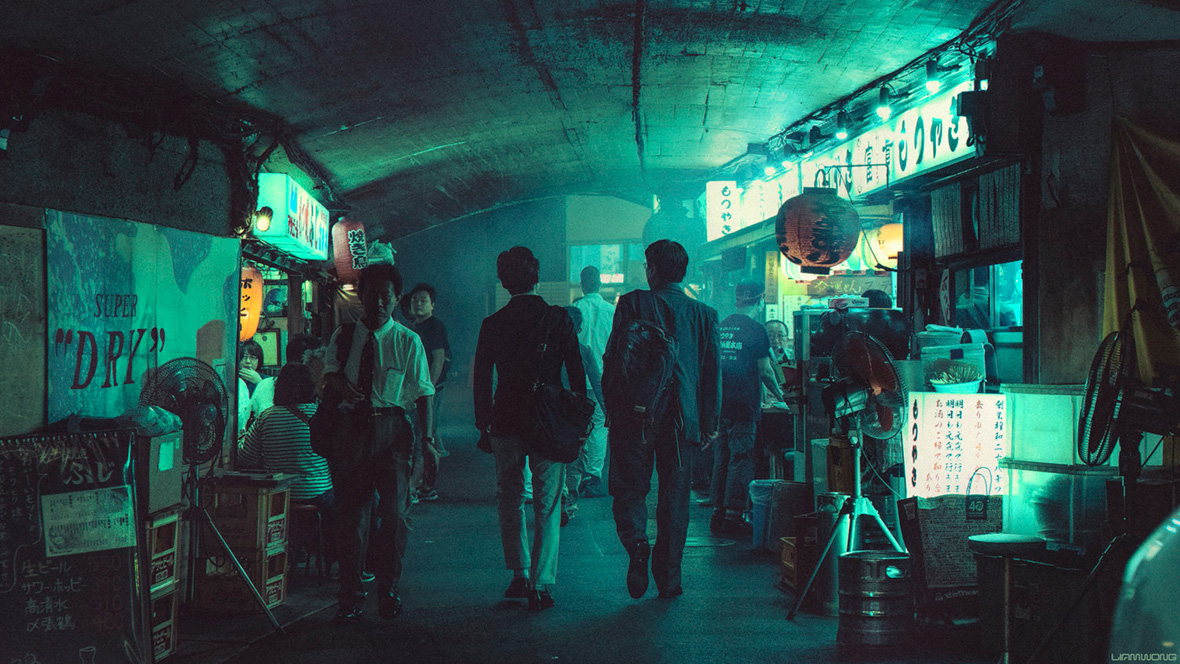 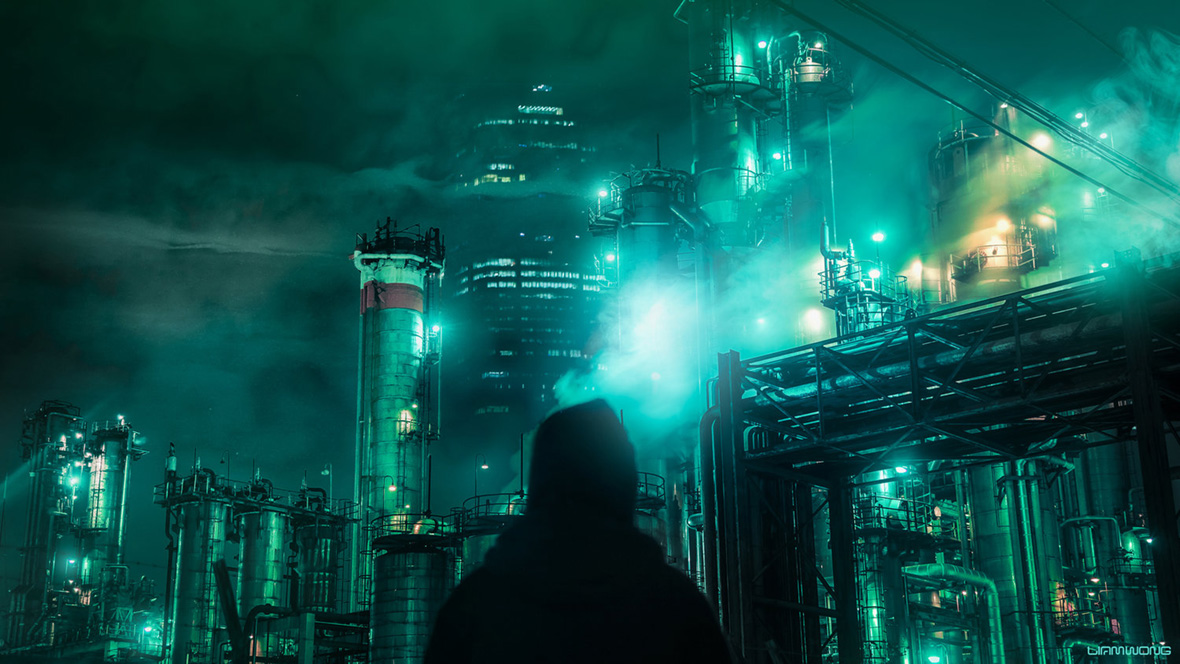 Earlier this year, he announced a photo book titled TO:KY:OO, which marks the first time he worked with print. “There are some photos that look better on the screen than they do in print,” he says.“I even had to re-edit shots for the book.” His publishers are also helping him put together gallery shows, which he plans to debut in different cities early next year. “In Canada, they printed up one image the size of a door frame. I’d never seen one of my photos with that much detail before. I pretty much stick to a 13-inch Macbook screen, so it was overwhelming. The possibilities of print are exciting.” The book is currently available for pre-order on Amazon.

These days, photography has completely taken over his life. Wong can’t go anywhere without a camera. If he doesn’t at the very least have a phone to take photos, he feels guilty: “It’s very hard to turn off now. The thing I love most is getting that one perfect shot and going home to look at it. It’s really rewarding.” 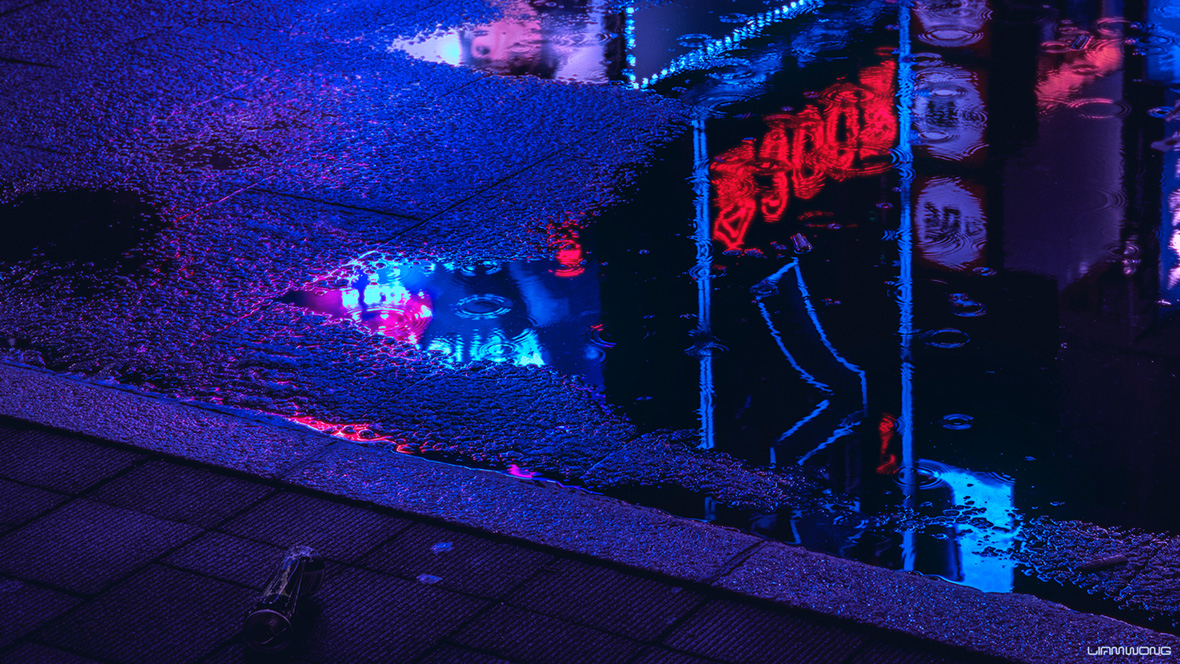