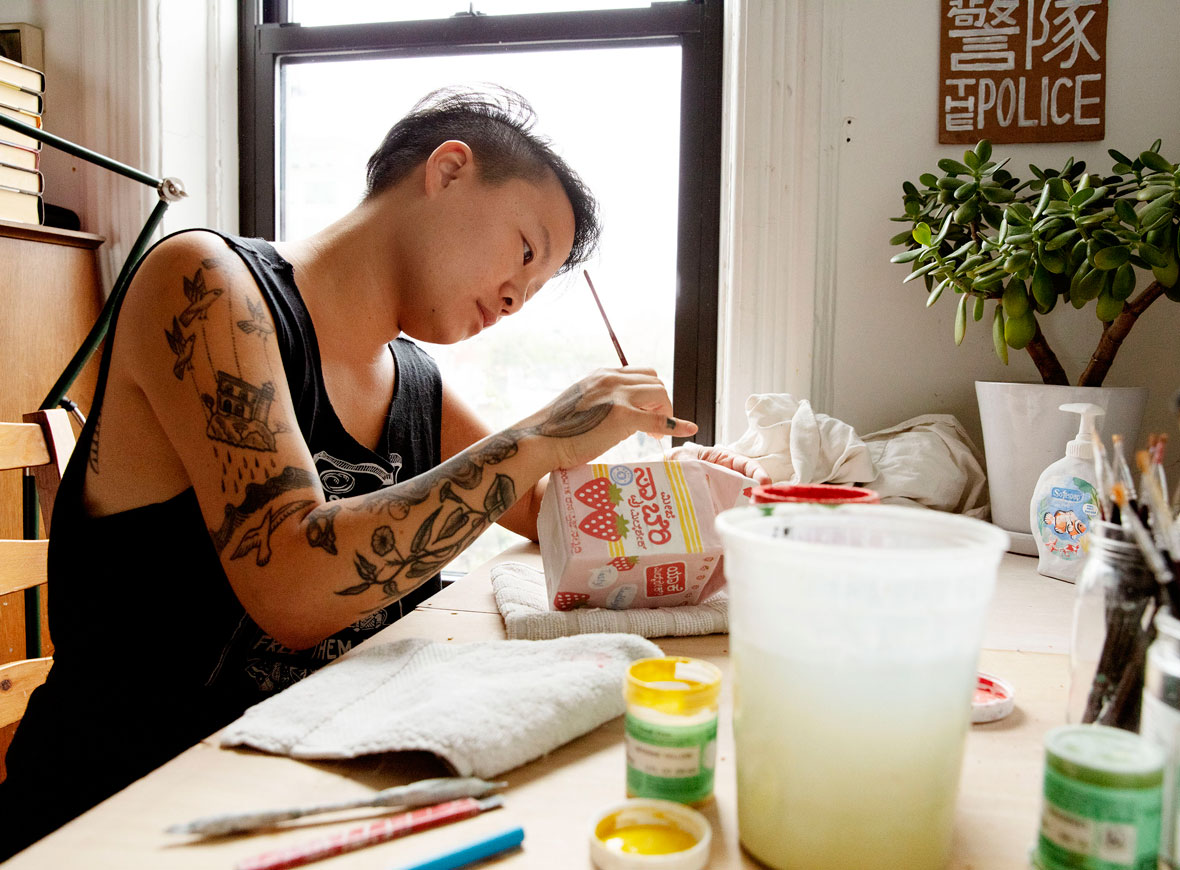 For ceramics artist Stephanie Shih, home has often felt like a hazy memory. Her parents immigrated to the U.S. from Taiwan in the 1980s. Shih was born in the United States and grew up largely surrounded by Western culture. But her parents made sure she wouldn’t stray too far from her roots: Chinatown grocery trips and home-cooked meals filled with all the staple Taiwanese fixings were essentials parts of her upbringing. The flavors, aromas, and ingredients of this time period formed Shih’s only impression of her birthplace. Now, older and wiser, she holds a better understanding of what it means to be a part of the Asian diaspora. She now recognizes that no matter how far you may feel from your roots, there are certain cultural tethers that can’t be severed. 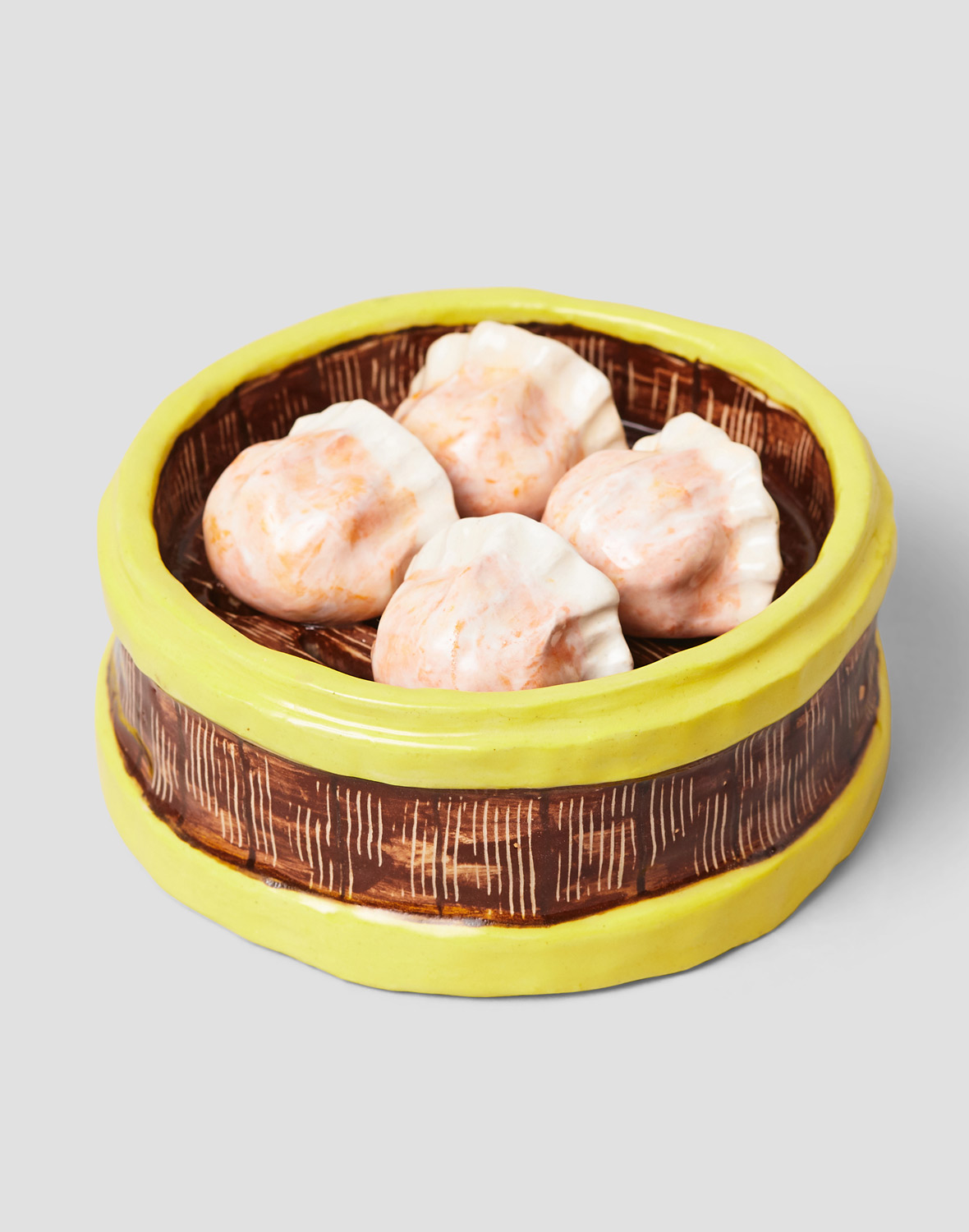 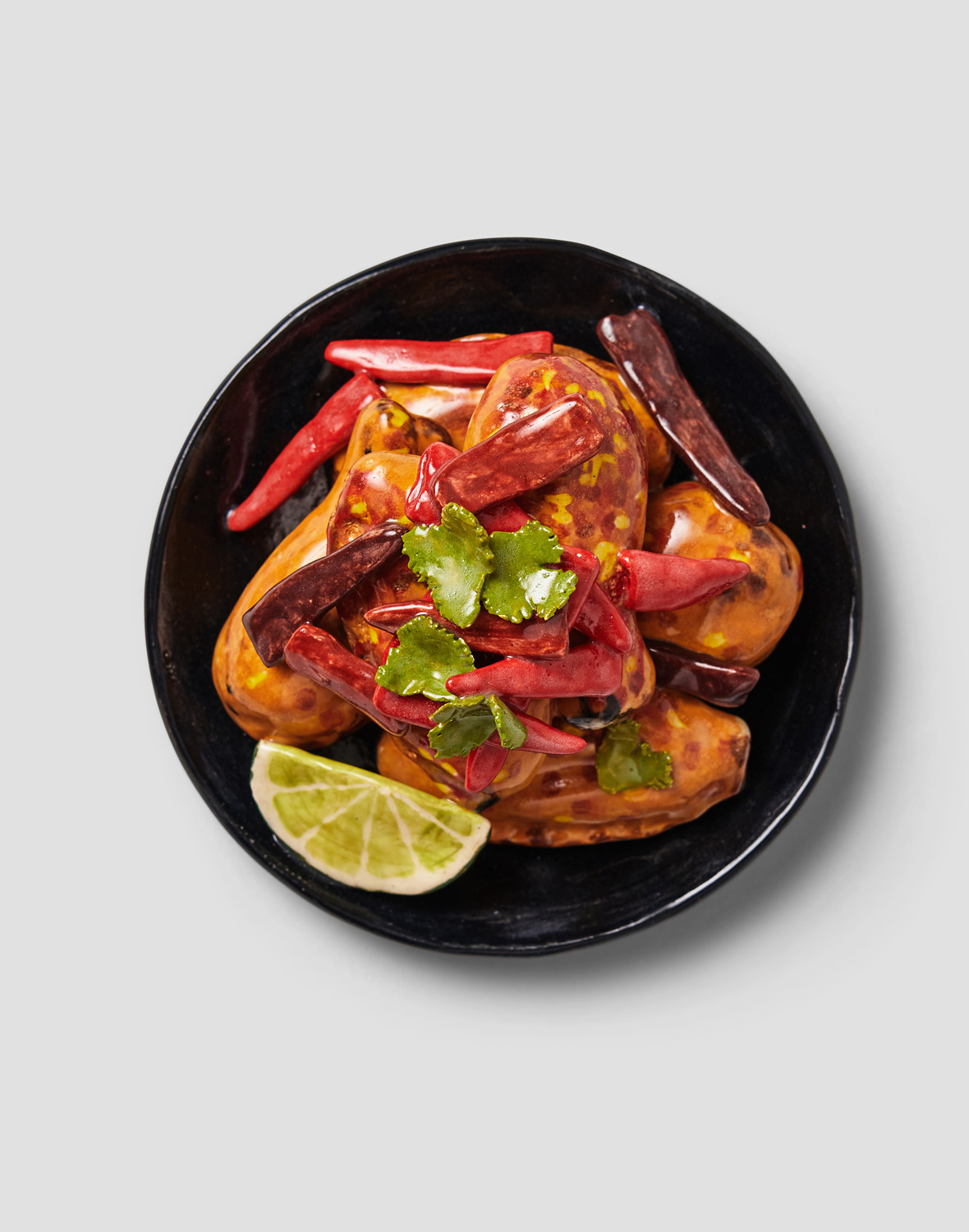 On a night in 2018, Shih wrapped over 200 dumplings. For those familiar with Chinese traditions, this may seem like an unremarkable amount for certain holidays. However, Shih’s 200 dumplings, despite how tasty and realistic they look, weren’t wrapped for a Chinese New Year gathering. In fact, they aren’t even edible—they’re made of clay.

After firing them in a kiln and plating them up, Shih’s dumplings look especially convincing. When she put them up for sale online, they were an instant hit. Buyers appreciated them on different levels. Some were Asian-Americans who saw them with a lens of nostalgia, a link to their childhood years, while others were simply Chinese cuisine lovers. 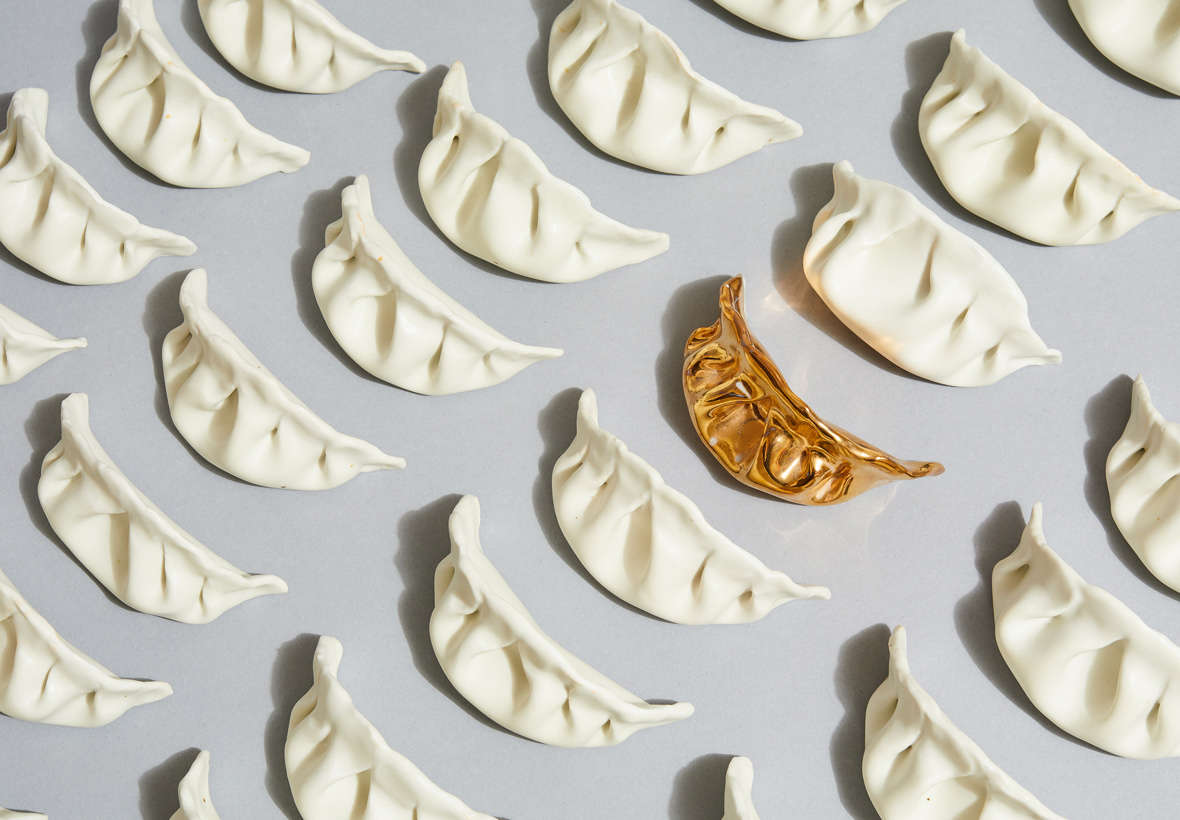 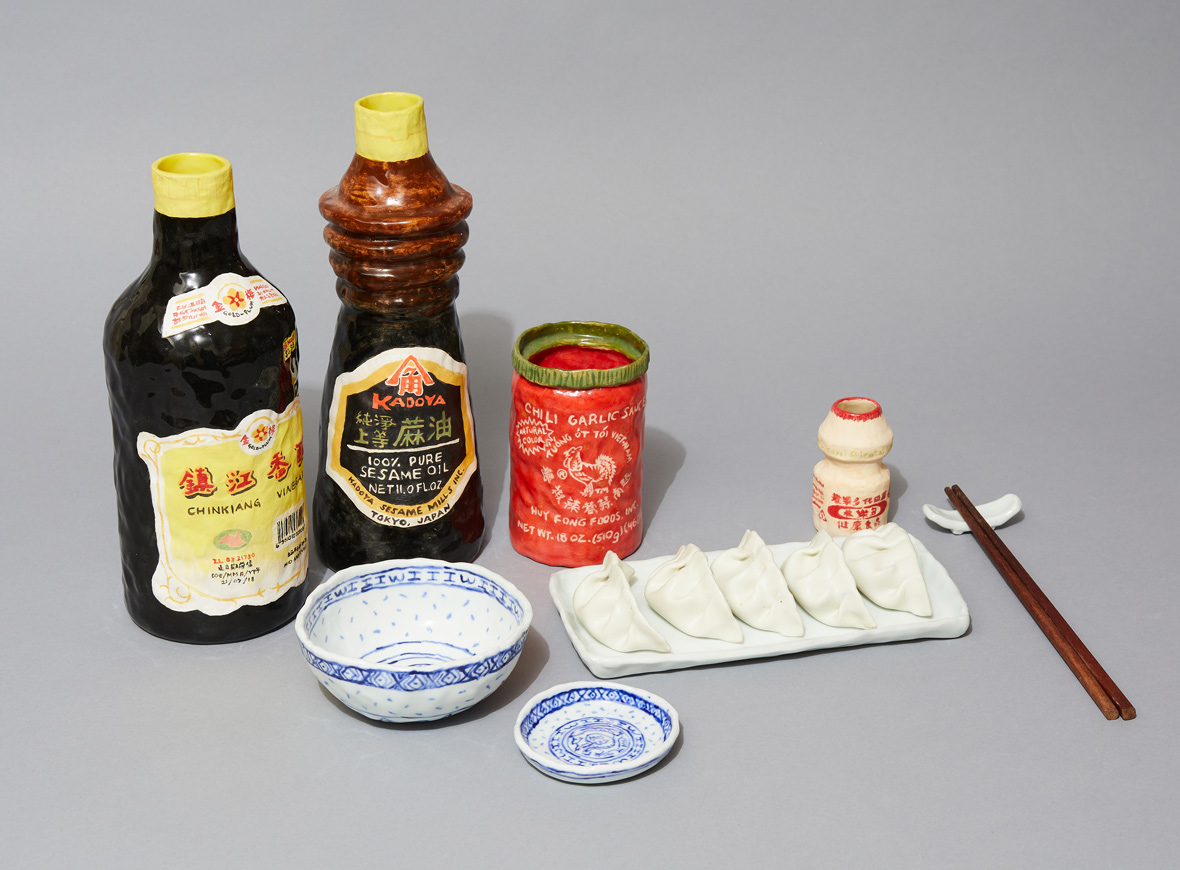 If there are dumplings, then condiments are a must. The usual suspects all make appearances in Shih’s oeuvre: bottles of vinegar, soy sauce, and sesame oil all come in ceramic form alongside her appetizing dumplings. A yogurt drink and bottle of sriracha also make cameos—some of Shih’s personal favorites to enjoy with a meal. Even the packaging design, which includes the bar code and expiration date, has been reproduced in detail. These lifelike sculptures have left food lovers and art critics alike hungry for more. 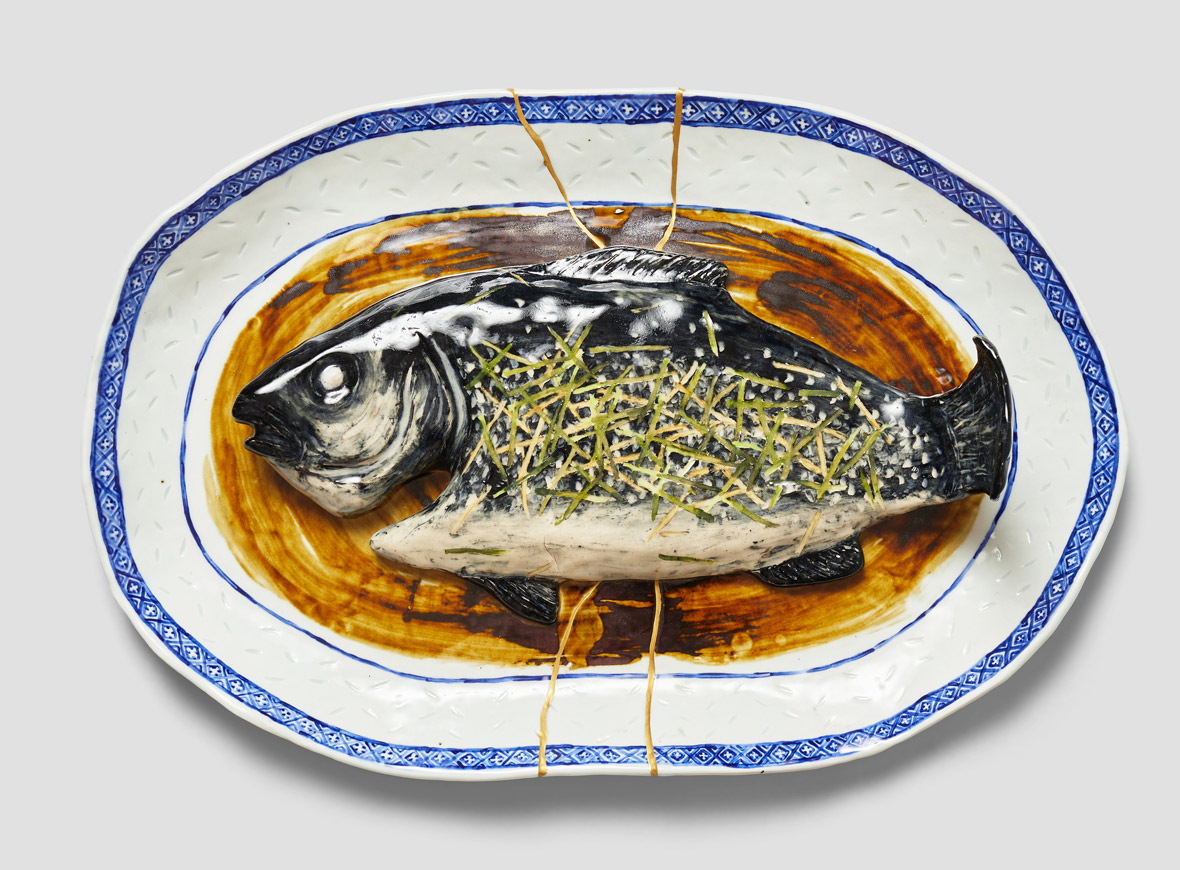 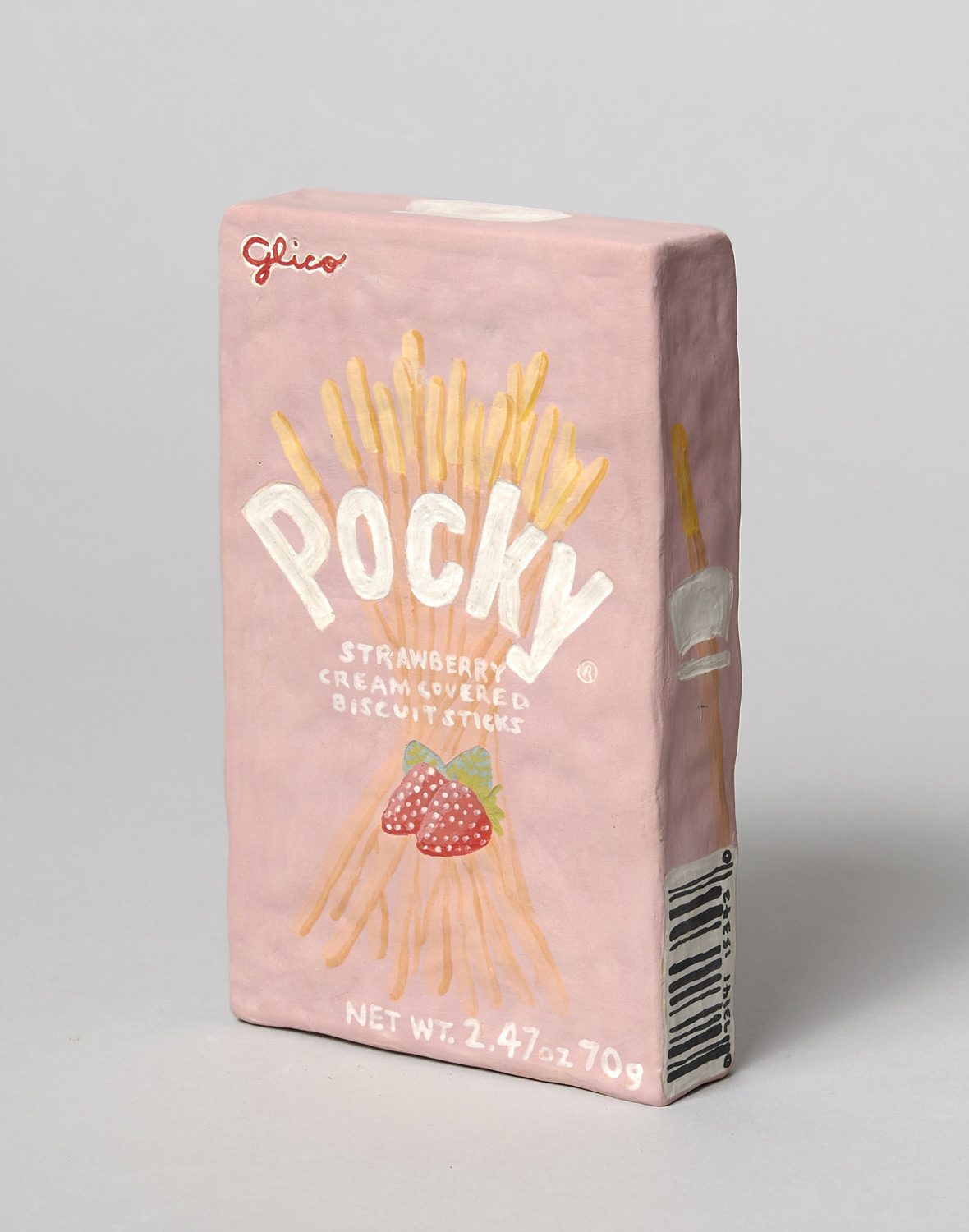 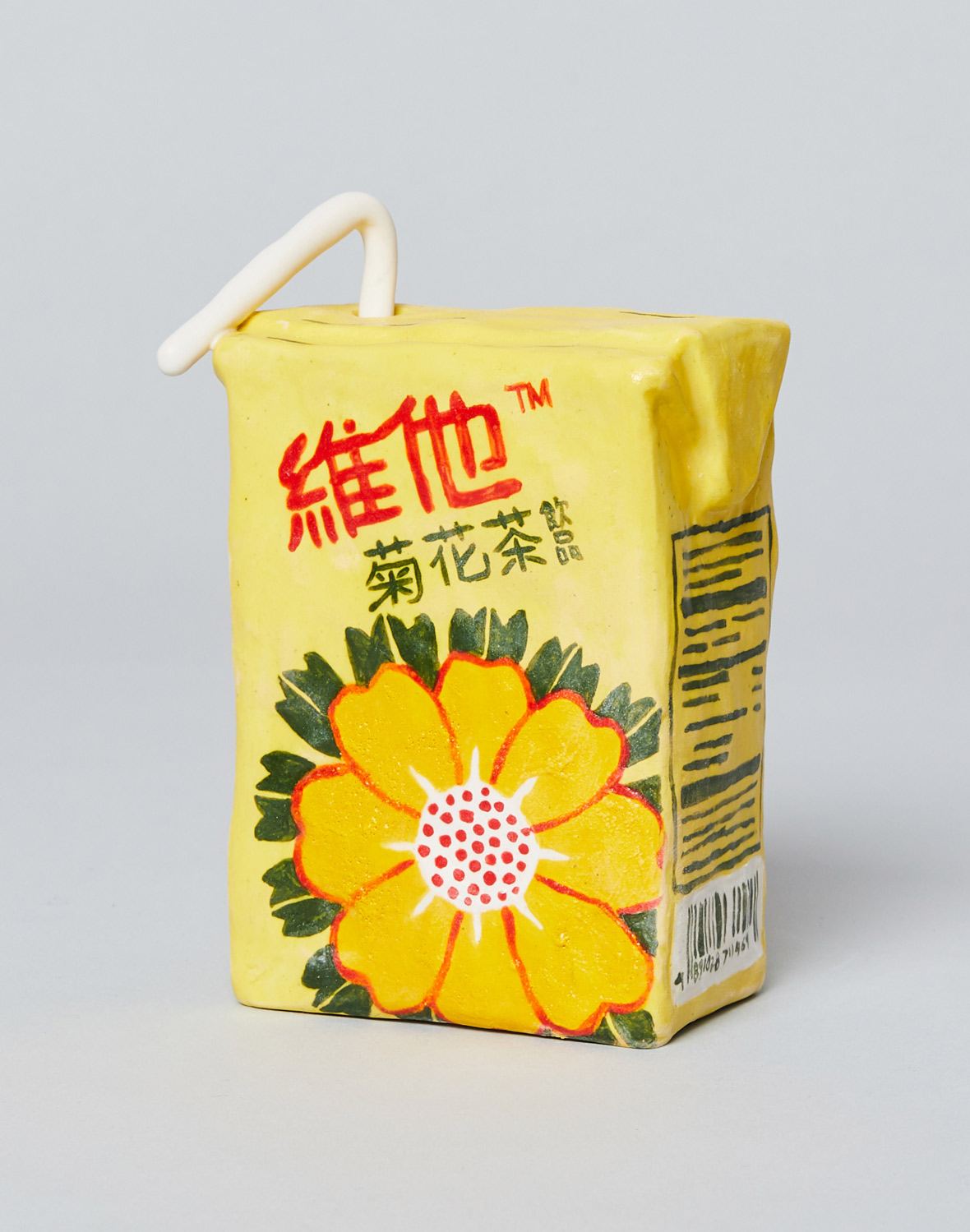 Shih first began working with ceramics in 2015. At the time, she was a copywriter at a tech company. Sculpting ceramics was just a hobby, a way for her to unwind from the stresses of her job.

One particular quote from her friend and fellow ceramics enthusiast has stuck with her from those early years: “Sculping ceramics is the most direct route from what’s in your head to what’s in your hands.” This philosophy is what made her fall deeply in love with the medium. Furthermore, she’s found these food-inspired sculptures to be the perfect way to retrace her cultural roots. She’s since quit her job to pursue ceramics art full time, and more gastronomic delights from around Asia have been born beneath her fingertips. 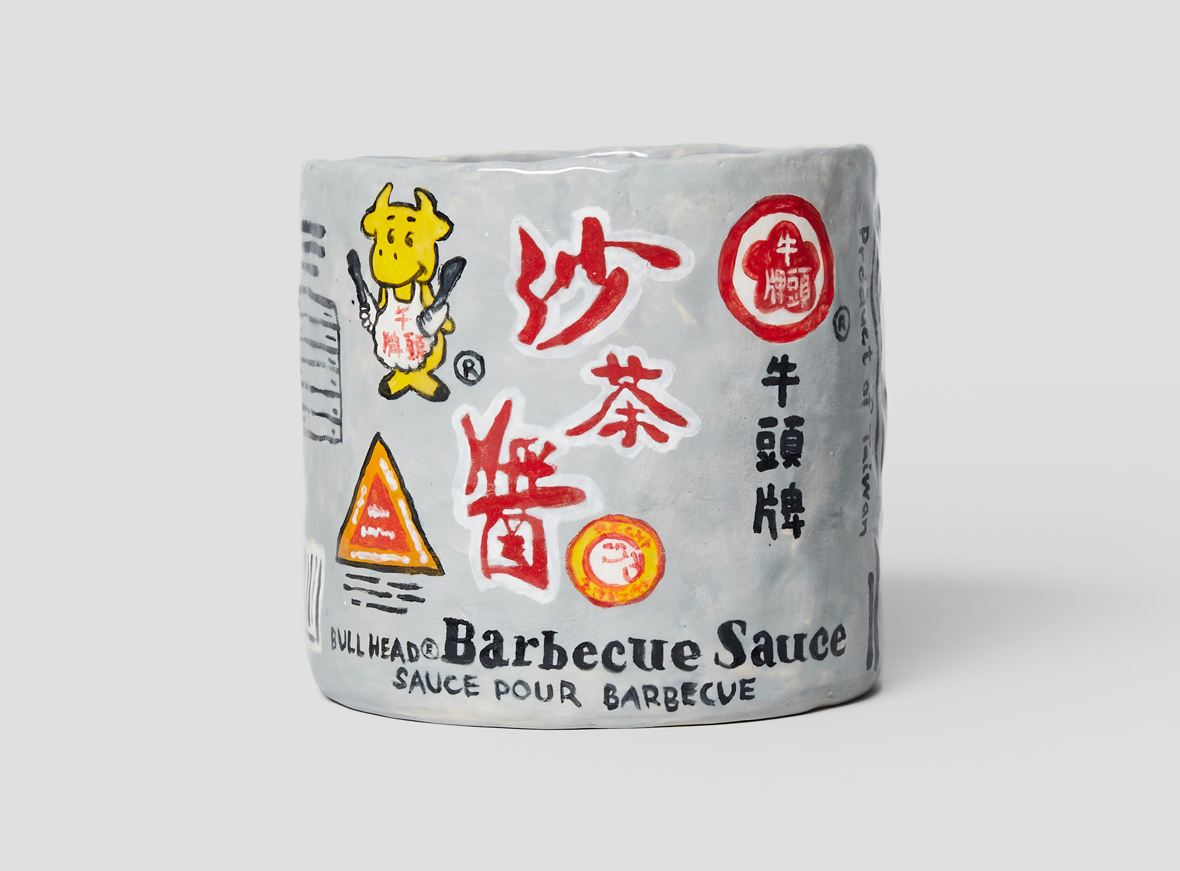 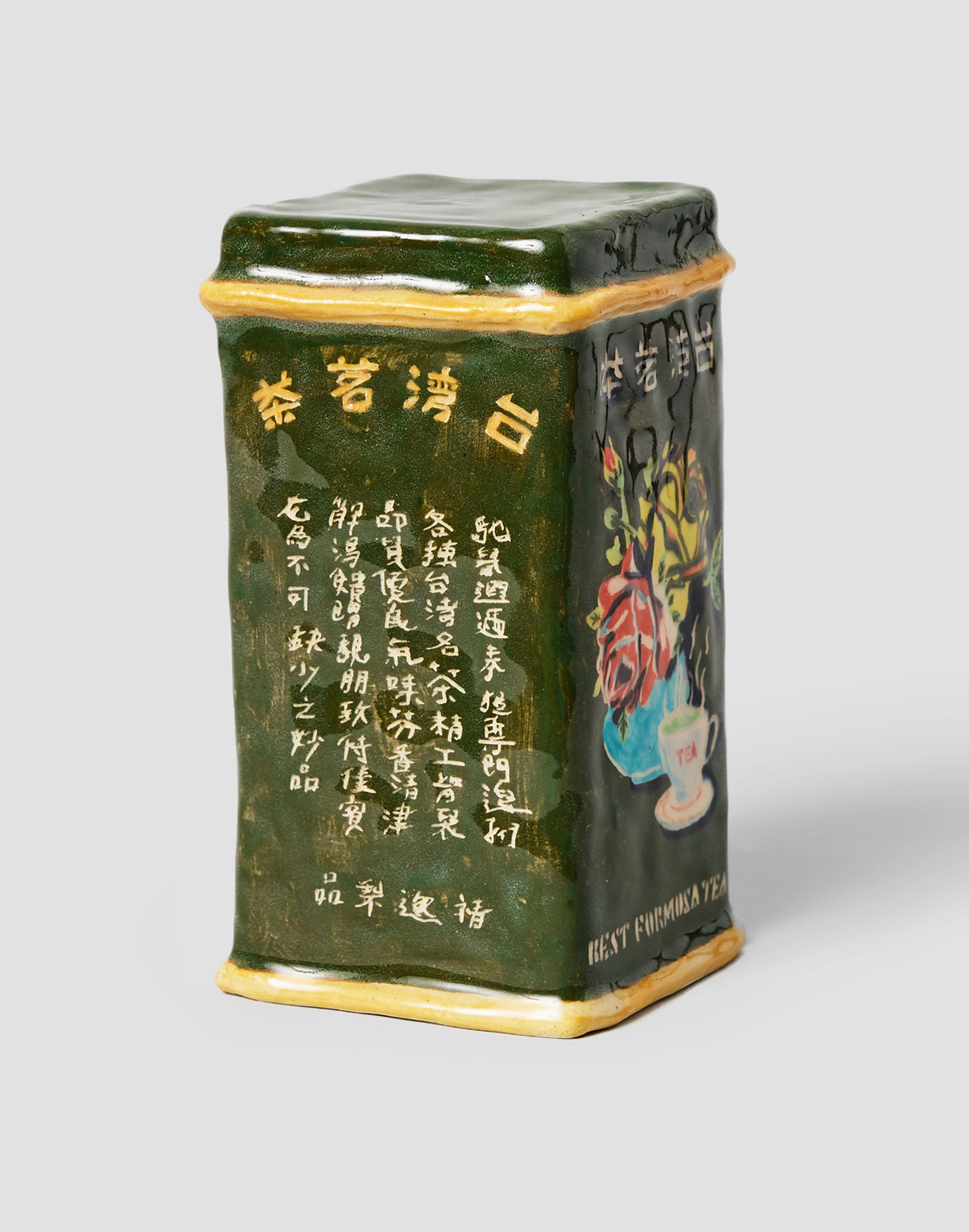 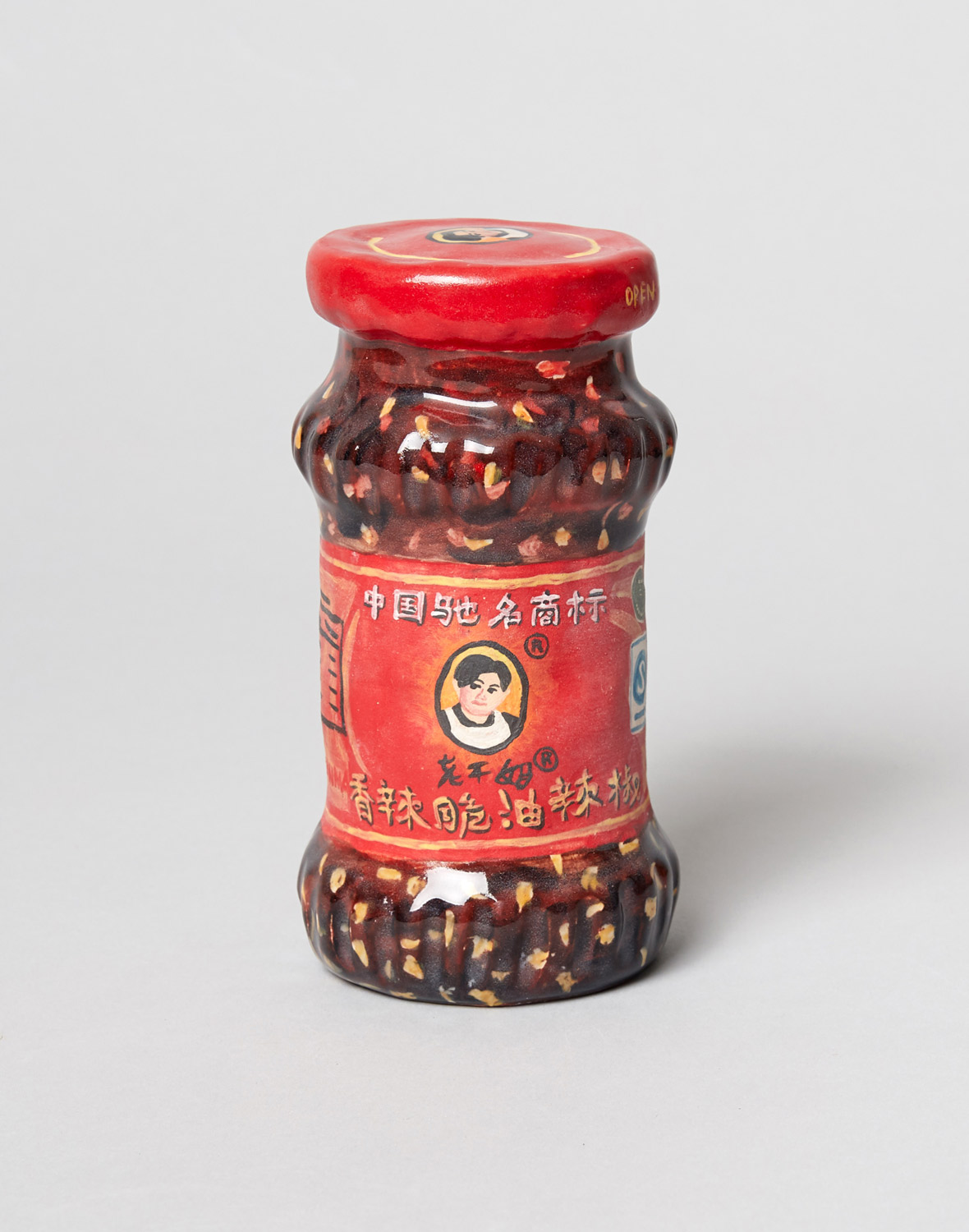 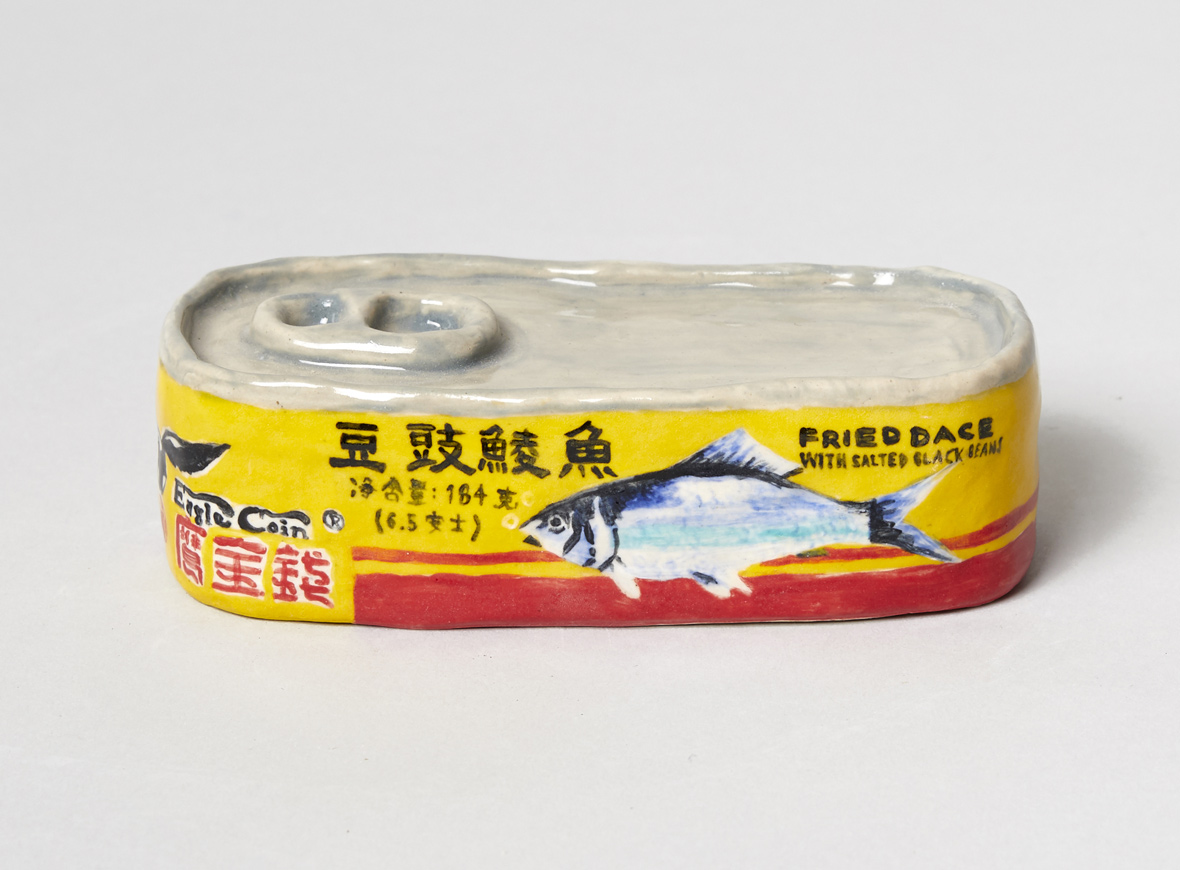 Shih has since transformed a wide variety of delectable food, drinks, and ingredients into ceramic form. Kokuho brand jasmine rice, Sunflower haw flakes, Nissin instant noodle, Ferrero-Rocher chocolates, Laoganma chili sauce, and a carton of Vita-brand Chrysanthemum tea are among just a few of her works. This hodgepodge of groceries is commonplace throughout Asia and Chinese grocery stores. Shih says that these works have mostly been spurred on by nostalgia. “A lot of the inspiration comes from Chinatown grocery staples in the US, especially the products that I saw everywhere the ‘80s and ‘90s,” she says. “Lee Kum Kee, Kadoya, Pearl River Bridge, and so on—these are the Asian brands that left an impression on me.” 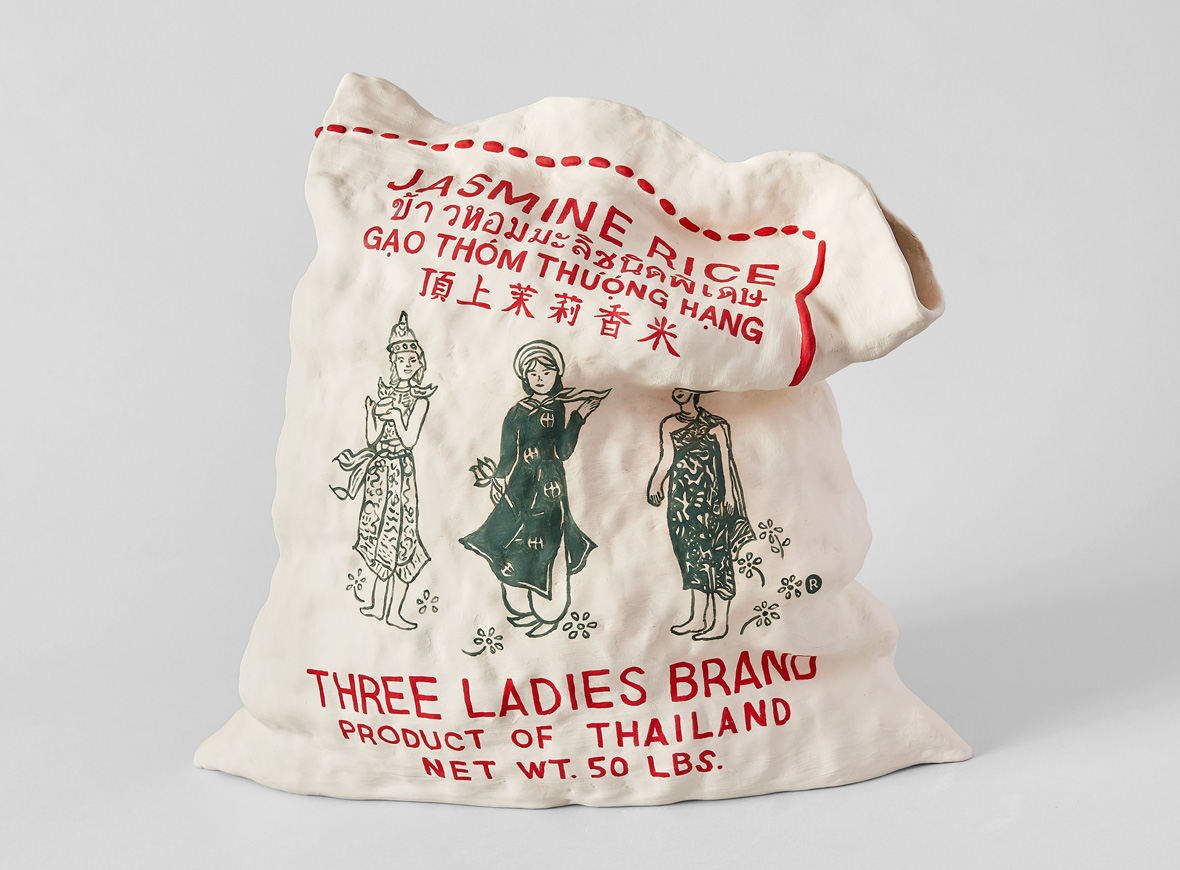 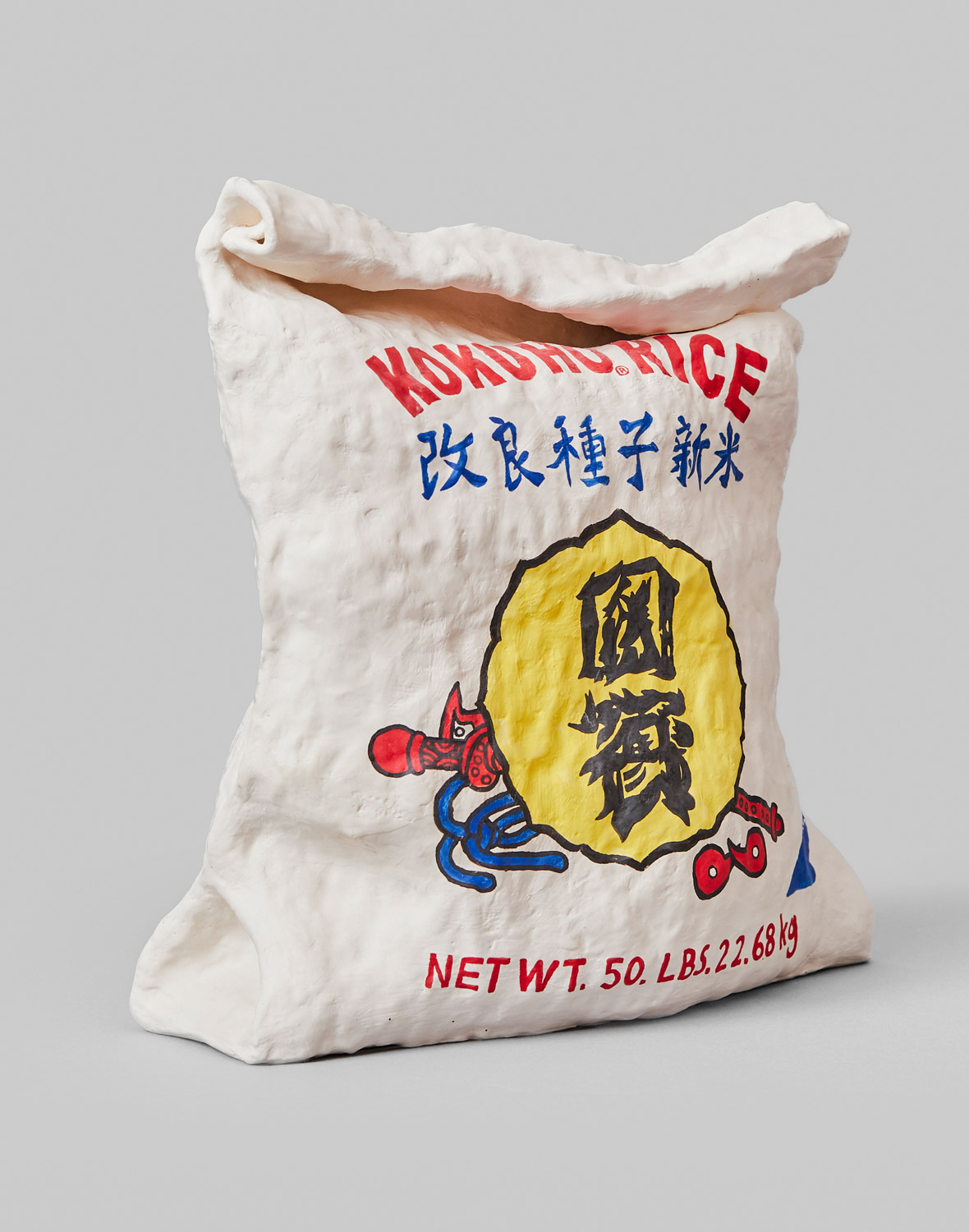 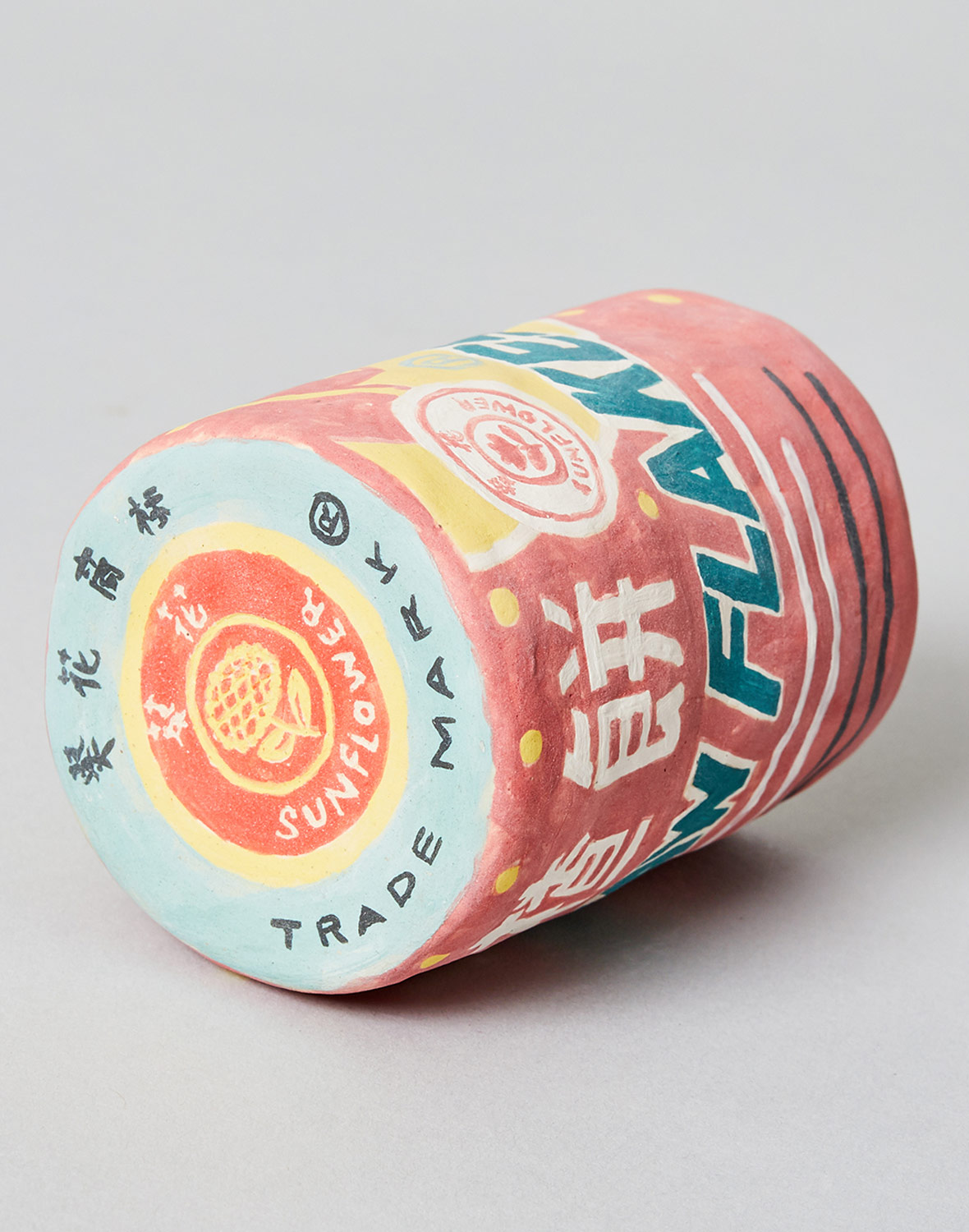 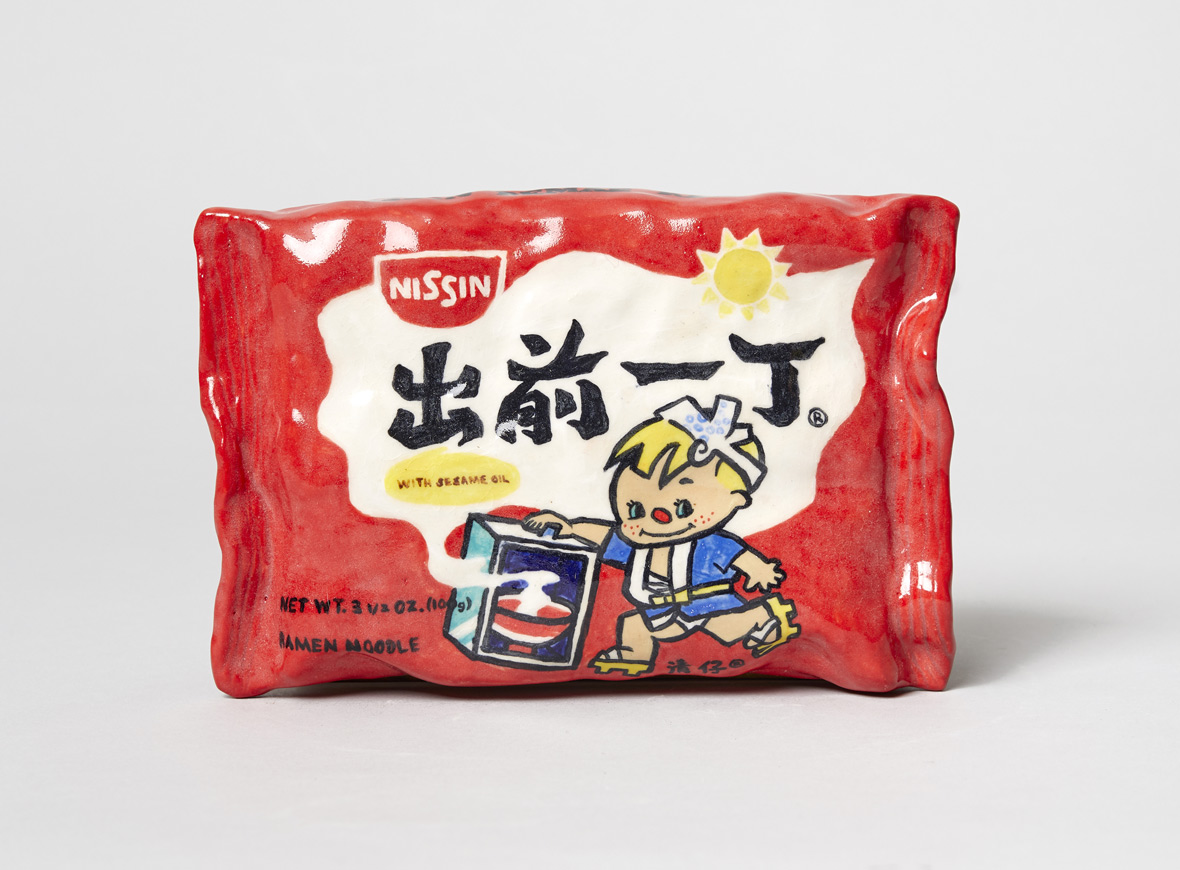 The intricate brushwork and level of detail she puts into shaping every piece are testaments of her love of Asian culture. For Asians living overseas, her work carries a level of familiarity, one that makes them feel right at home. “In a lot of places around the world, ceramic art is used to memorialize the past or their childhood,” she says. “Even if you’re not Asian, you can still relate with the meaning behind my work.” 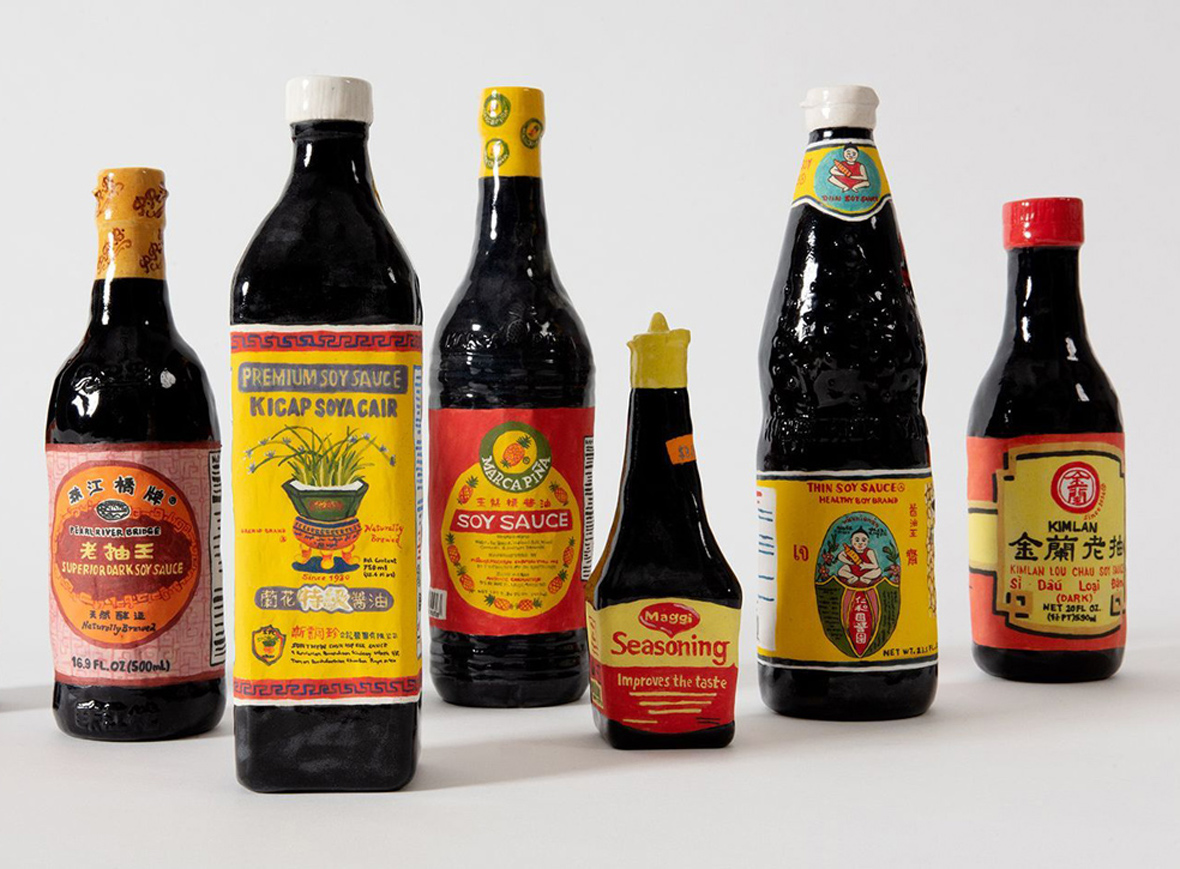 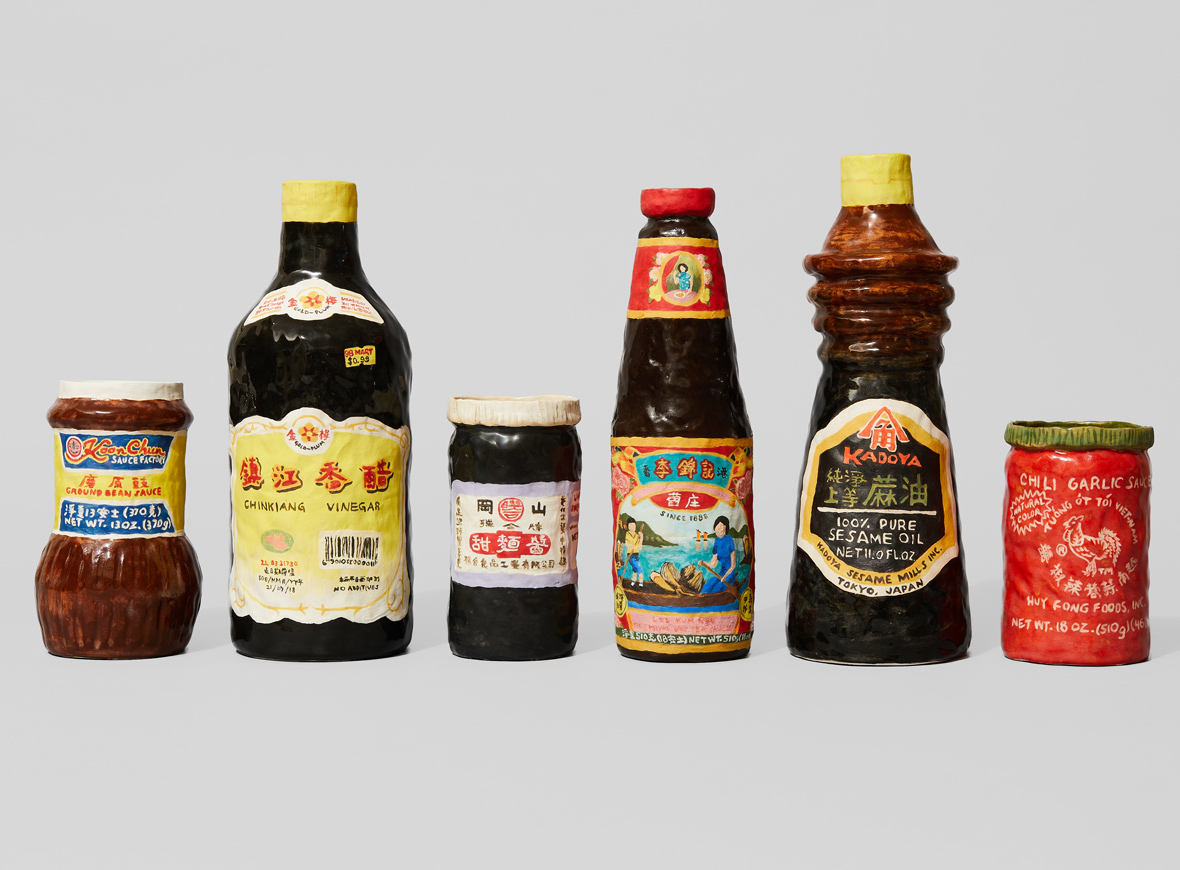