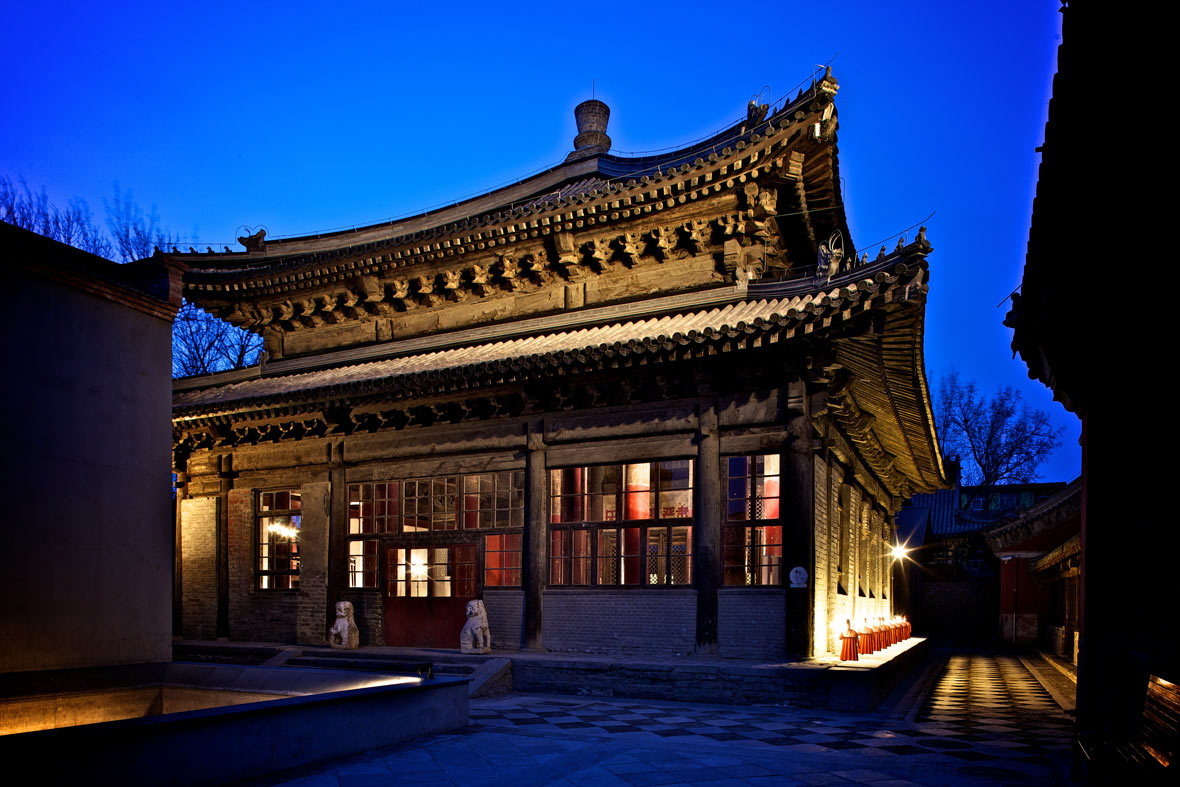 The history of The Temple Hotel in Beijing spans back to the early Qing Dynasty when it was first built as three Tibetan Buddhist temples, located between the Northeast corner of the Forbidden City and Jingshan Park. This area where the temples are situated was also the site for imperial printing workshops that date even further back to the Ming Dynasty, producing Buddhist sutras and religious books for temples around Beijing and elsewhere in China. In 1949 soon after the founding of the People’s Republic of China, however, a large number of Beijing’s 3,000 former temples were converted into factories and other kinds of utilitarian spaces, or were demolished as the city gradually started to modernize. Over the course of time, Zhizhusi, the temple that today lies at the very heart of The Temple Hotel complex, was also neglected, and was at one point even used as a storage space, slowly and ultimately falling into disrepair. In 2007, when the founders of The Temple Hotel first came across the site, they discovered that it too would be demolished if no entity stepped forward and made an attempt to renovate it. 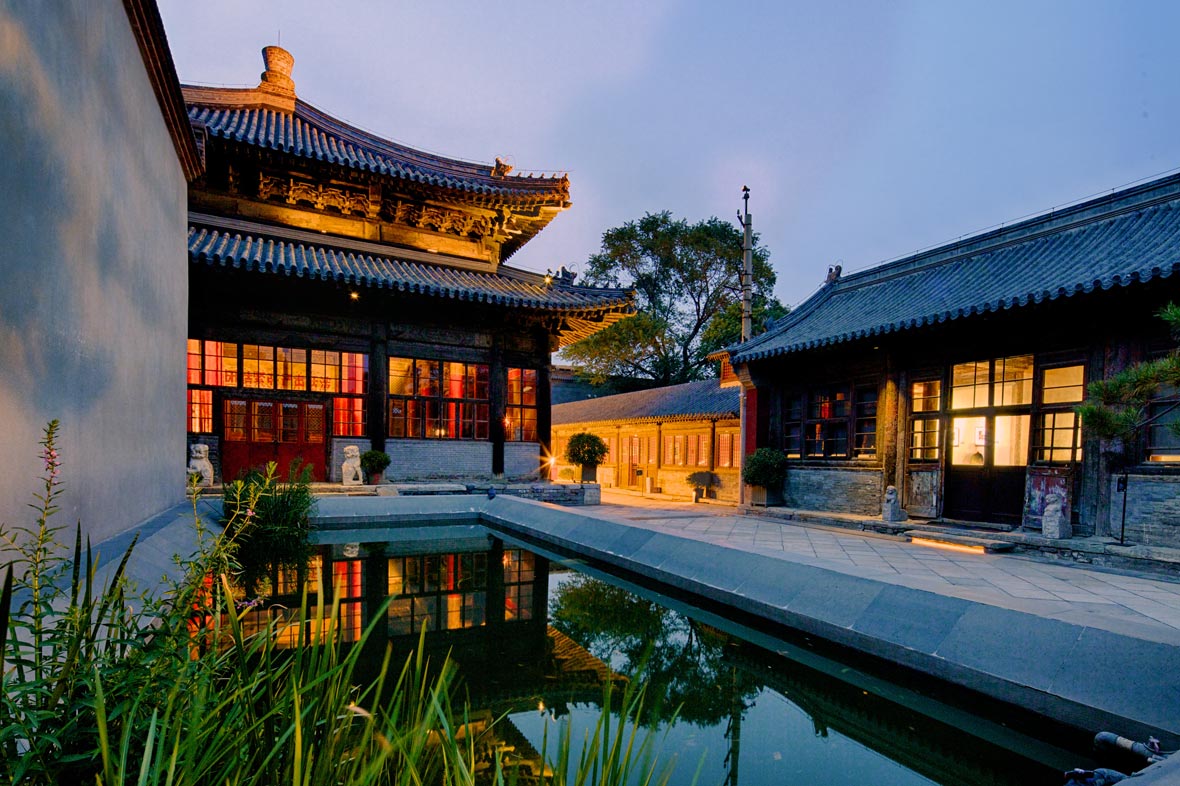 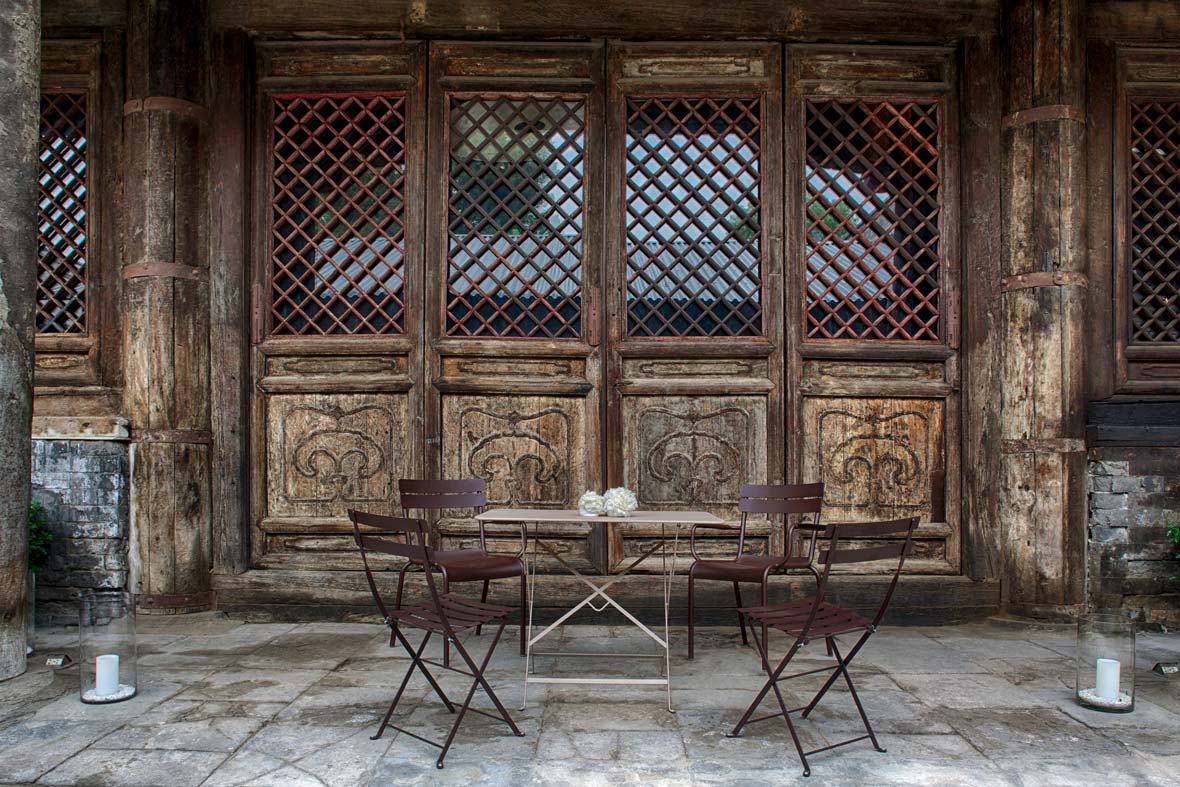 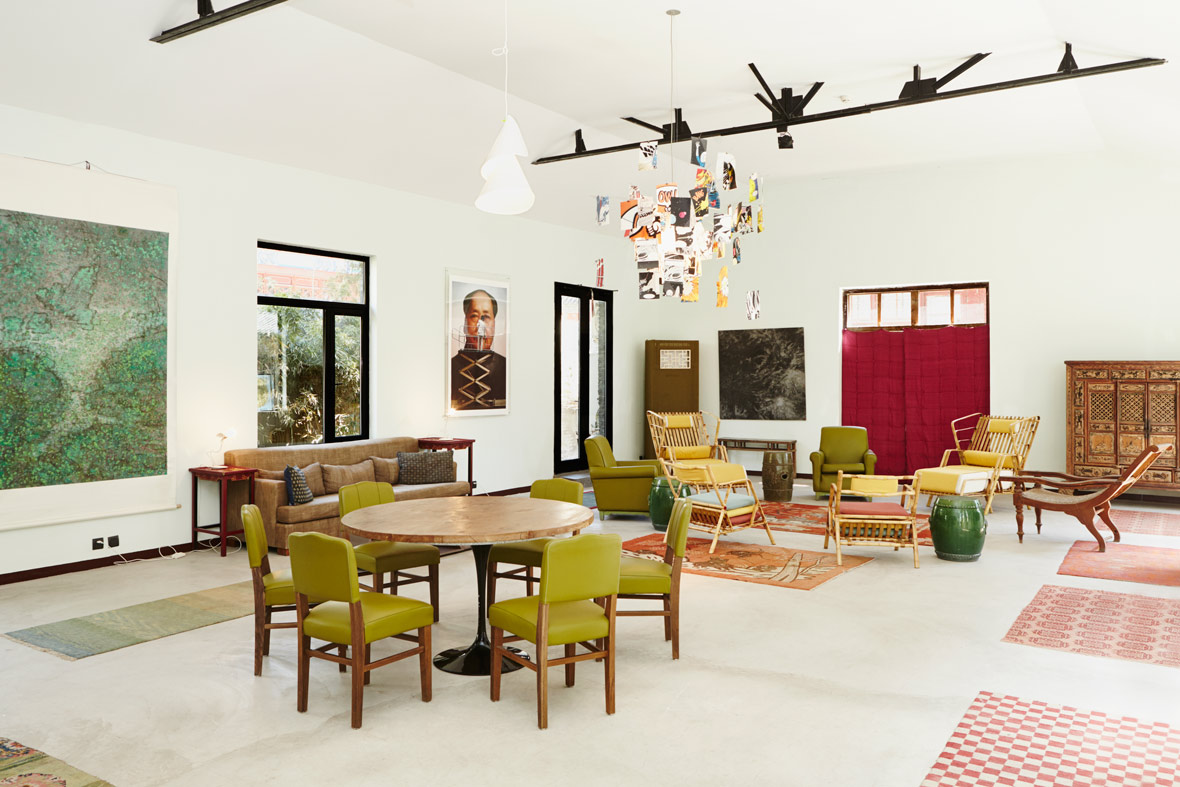 When The Temple Hotel team decided to take up the challenge of renovating the centuries-old Buddhist temple, they had one very important goal in mind, which was to conserve and preserve all of the buildings’ history. In order to do this, they brought in specialized architects, surveyors, and small teams from knowledgable construction companies, who then methodically removed the rubble and debris from the site, uncovered the columns, and very carefully restored every beam and every tile from the structures. It took the restoration team a few years to complete the project, but finally in 2012 when it was finished, The Temple Hotel received a UNESCO Asia-Pacific Award of Merit for Cultural Heritage Conservation. Today, in addition to being a beautiful first-class boutique hotel, it is also a cultural venue that is open to the public every day, and is widely regarded as one of the best examples of heritage preservation in the Asia region. 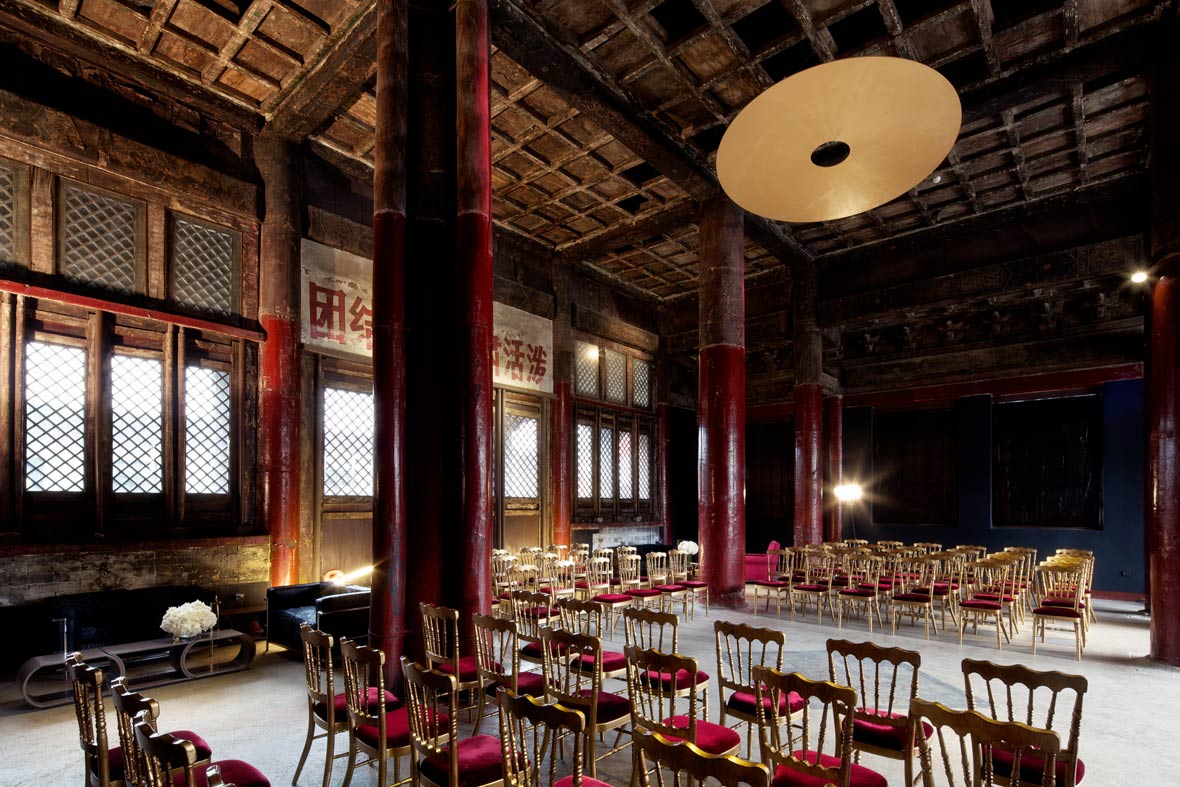 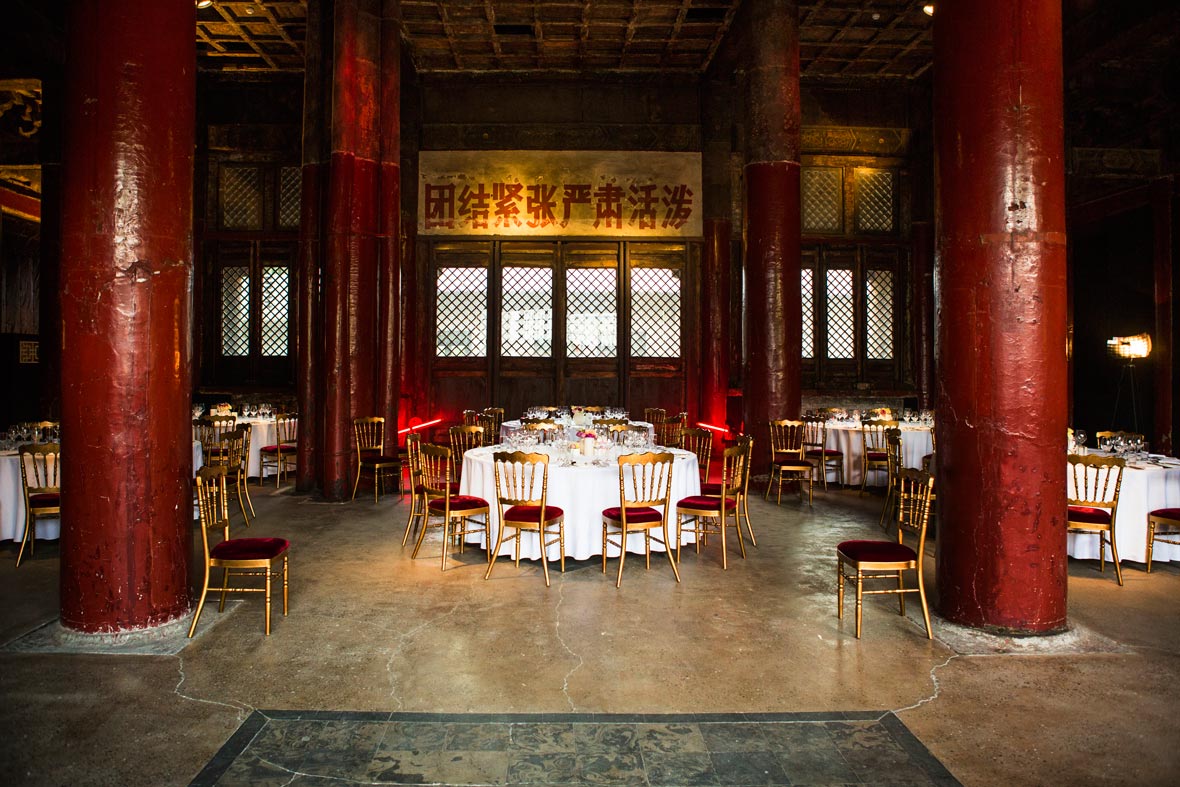 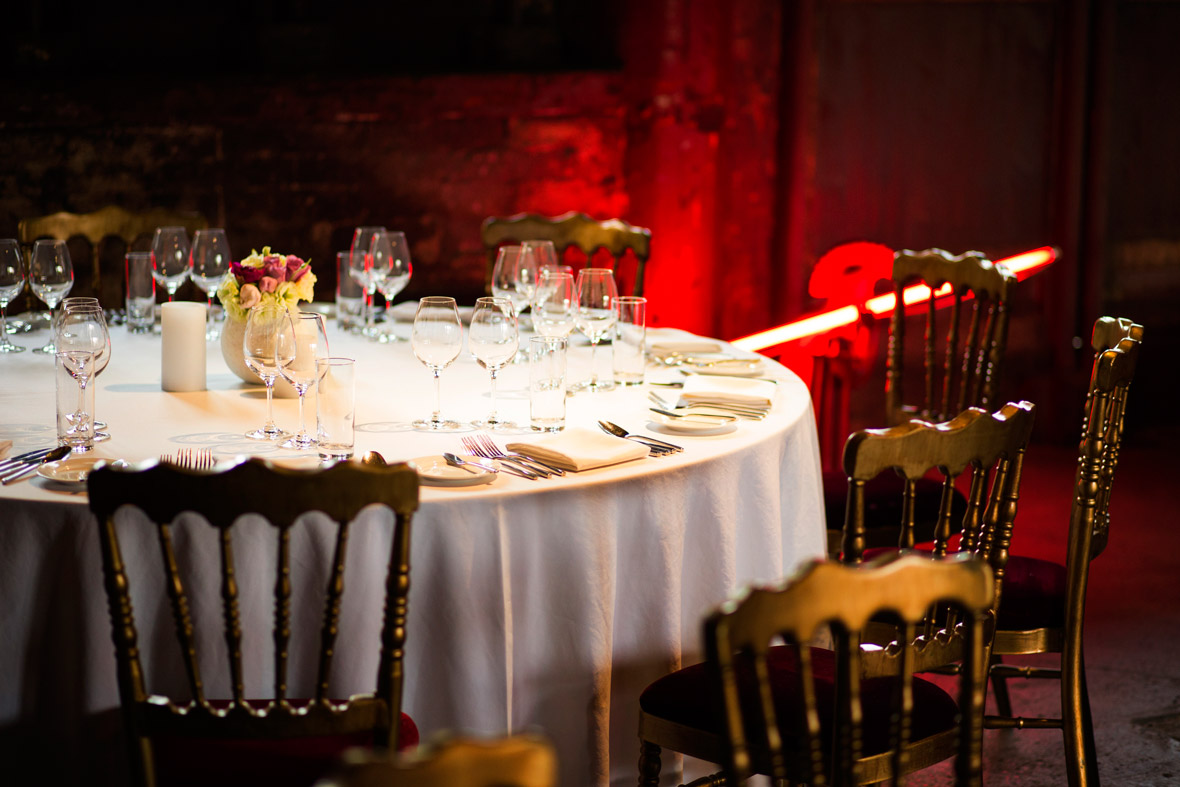 The Main Hall, both the architectural core and showpiece of The Temple Hotel, is regularly used for hosting cultural events, such as theater performances, music recitals, film screenings, formal banquets, and other art happenings. The buildings running along the Eastern side of The Temple Hotel have been tastefully fitted for conferences and meetings with period furniture and art installations. Even the lighting, both natural and artificial, in and around these spaces has been carefully considered to enhance and draw out the spiritual aspects of this former temple. During sunset, there is indeed a magical and intangible quality to the natural light that fills up these rooms. 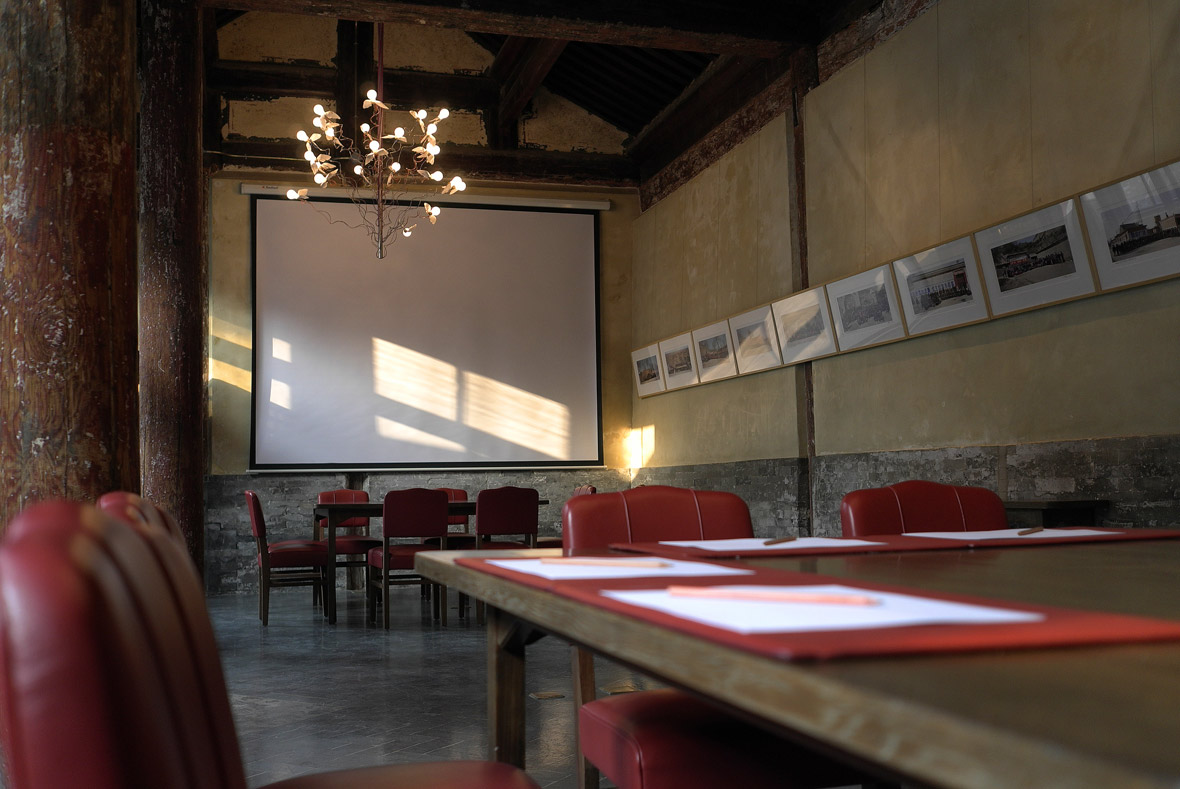 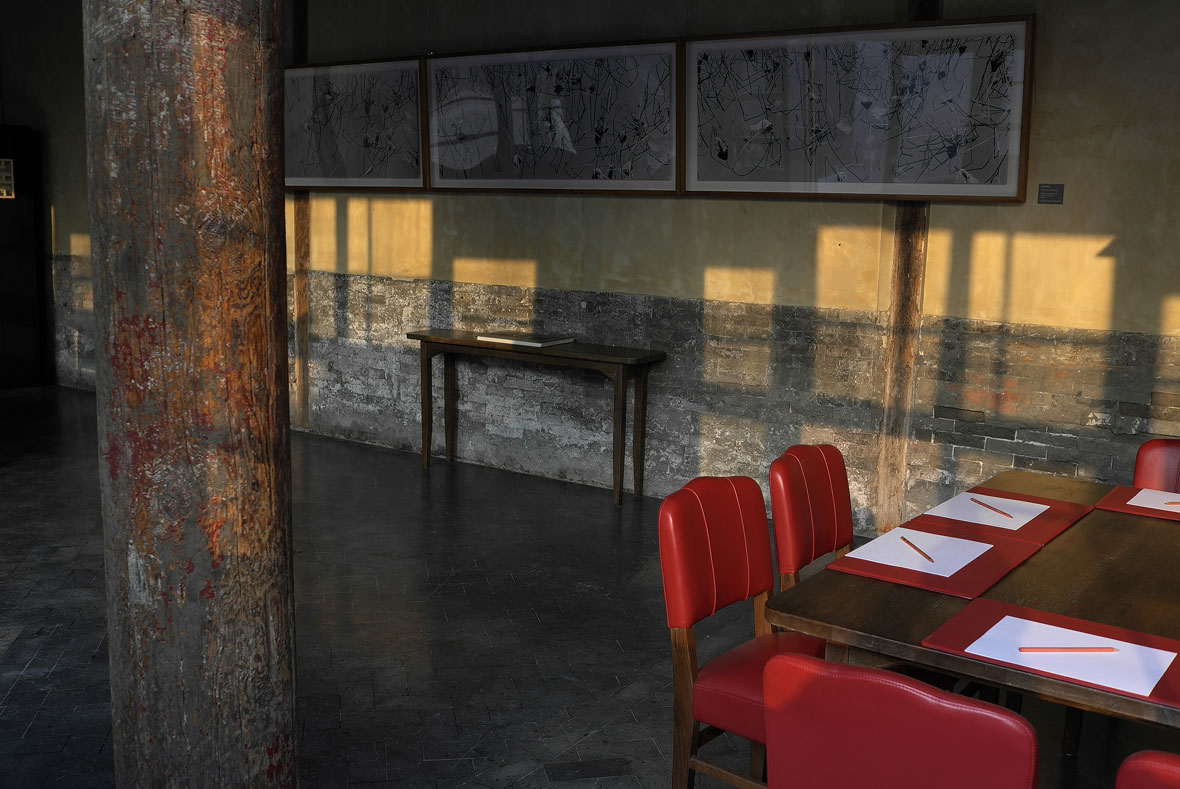 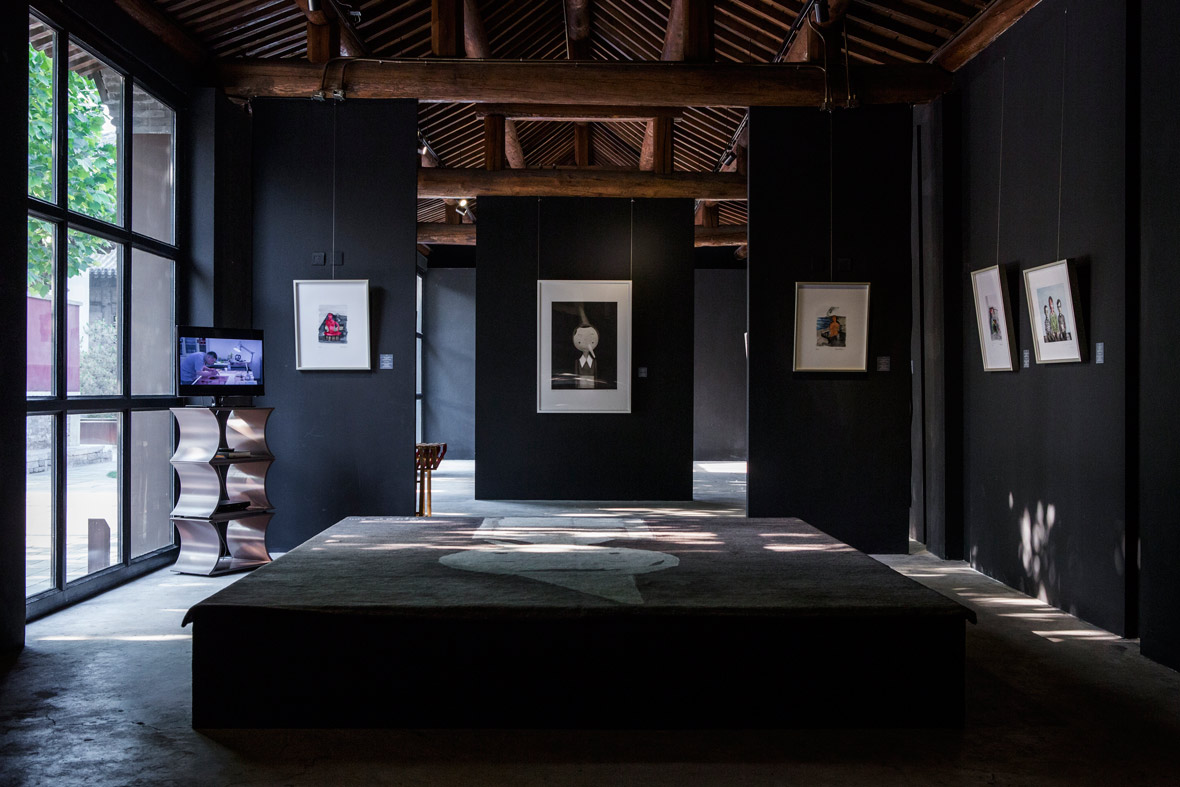 In the Gallery, The Temple Hotel exhibits its own art collection; the space regularly features the work of local and international artists. Past art events have included private viewings of classical and contemporary carpets, documentary and art film screenings, outdoor projections in the courtyard outside the main hall, as well as performances from world-famous musicians, and an ongoing series of classical music recitals. In the past few years, the photography work of Robert Doisneau, He Chongyue, and Irene Kung have all also been exhibited at the Gallery. Art and culture have always been an integral and vital part of The Temple Hotel’s identity. According to its founders, the reimagined space has always been planned as a living museum and cultural arts space.

The Temple Hotel is home to the permanent installation Gathered Sky by world-renowned American artist James Turrell. His first and only work in China, Turrell’s installation spectacularly explores light, color, and the subtle nuances of human perception. It is also China’s only Skyspace, a specially constructed room with an open ceiling that allows visitors to view the sky above. Over the course of a few hours, viewers can observe the slowly changing colors of the sky during a sunset, juxtaposed with the shifting colors of the controlled artificial lighting within the chamber. The effect is a surprisingly moving, contemplative, and at times deeply personal experience. Sunset viewing sessions may be attended by the general public every Saturday and Sunday with the purchase of an admission ticket. 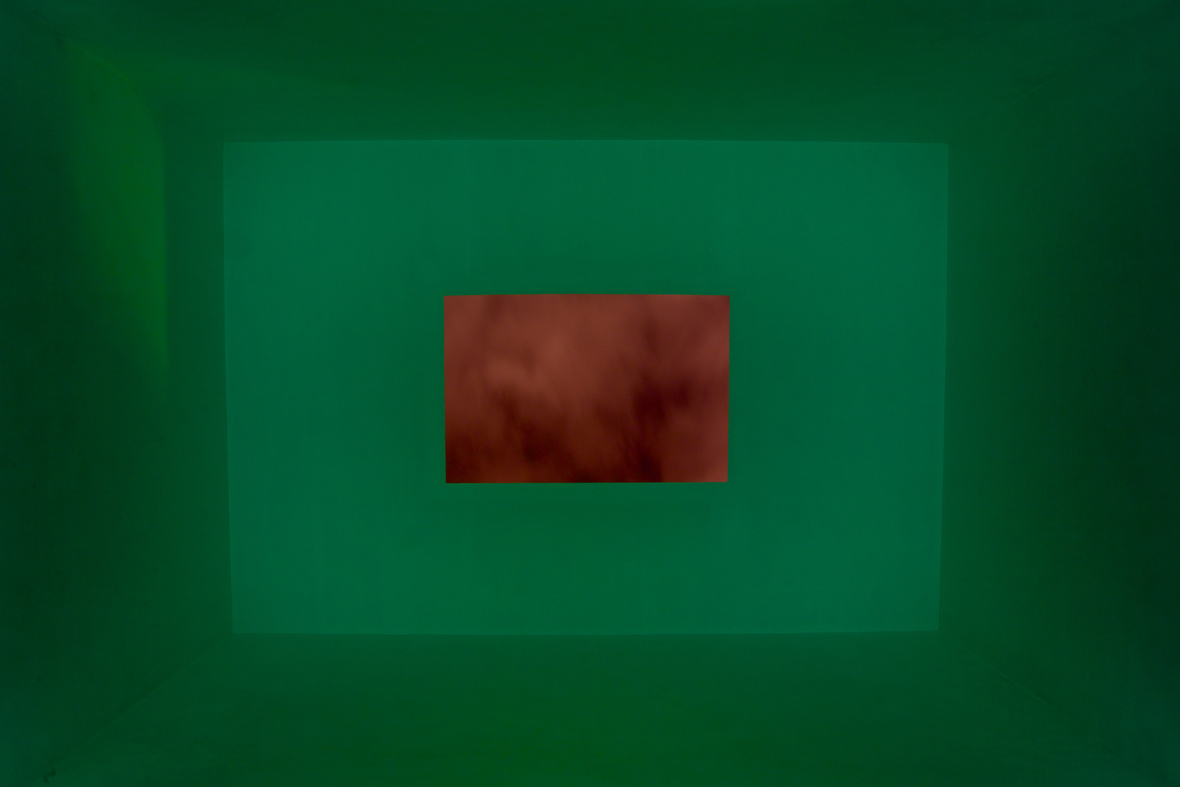 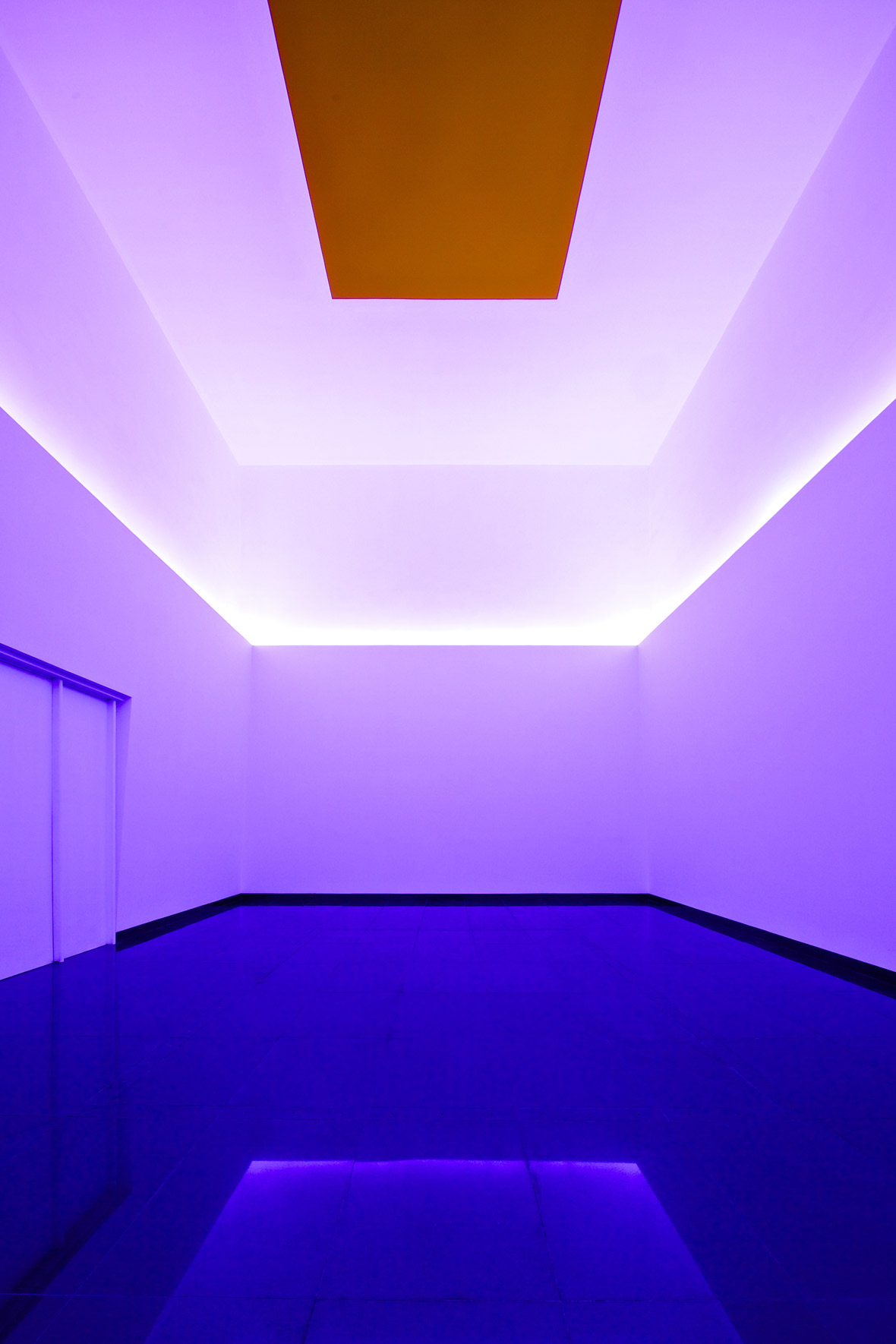 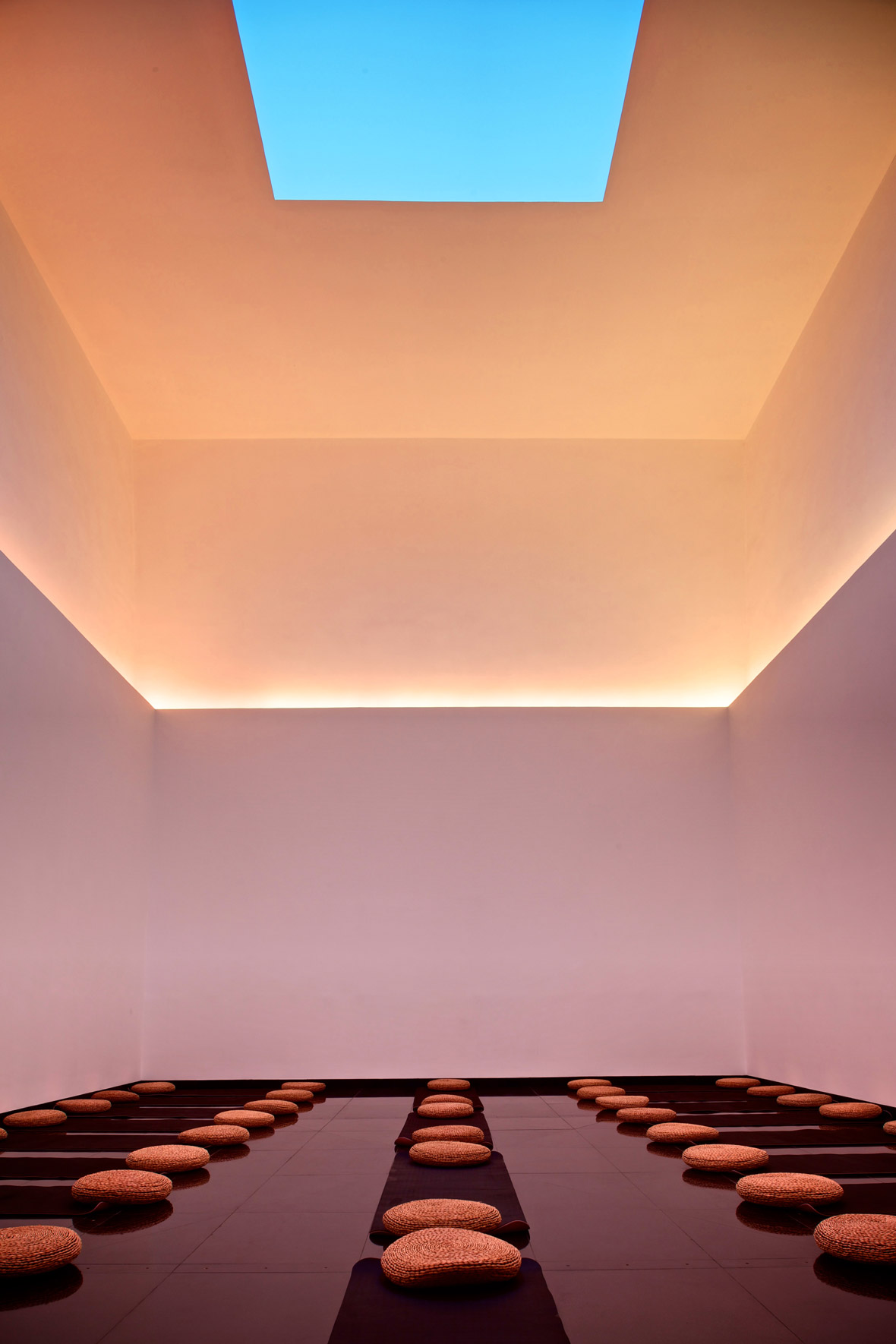 Upcoming art events this year include the screening of Air of Earth, a chapter from the six channel video installation Earth-Water-Fire-Air  by the South Korean multi-disciplinary conceptual artist Kimsooja. Her work will be projected outdoors every night between 6:30pm and 11pm starting 16 March. Over the summer, there will also be a photography exhibit by the French artist Olivier Roller, in which he will feature images of the Xi’an terracotta warriors juxtaposed with Roman statues. Later in the fall, The Temple Hotel is discussing with Galleria Continua to feature video art by the Belgian visual artist Hans Op de Beeck, as well as showing new work from the Swiss photographer Irene Kung. The exciting and diverse range of cultural activities planned for the current year, combined with the rich history of the site’s buildings, make The Temple Hotel a must-visit destination for travellers and local art lovers alike. The next time you are in Beijing, be sure to give it a visit! 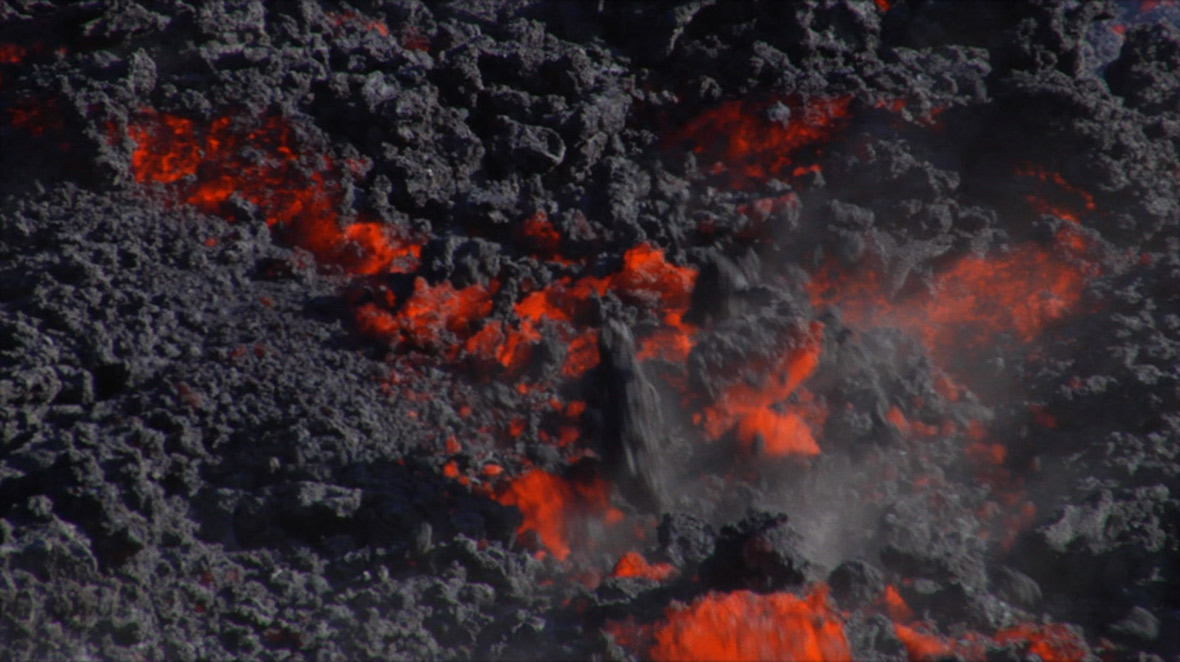 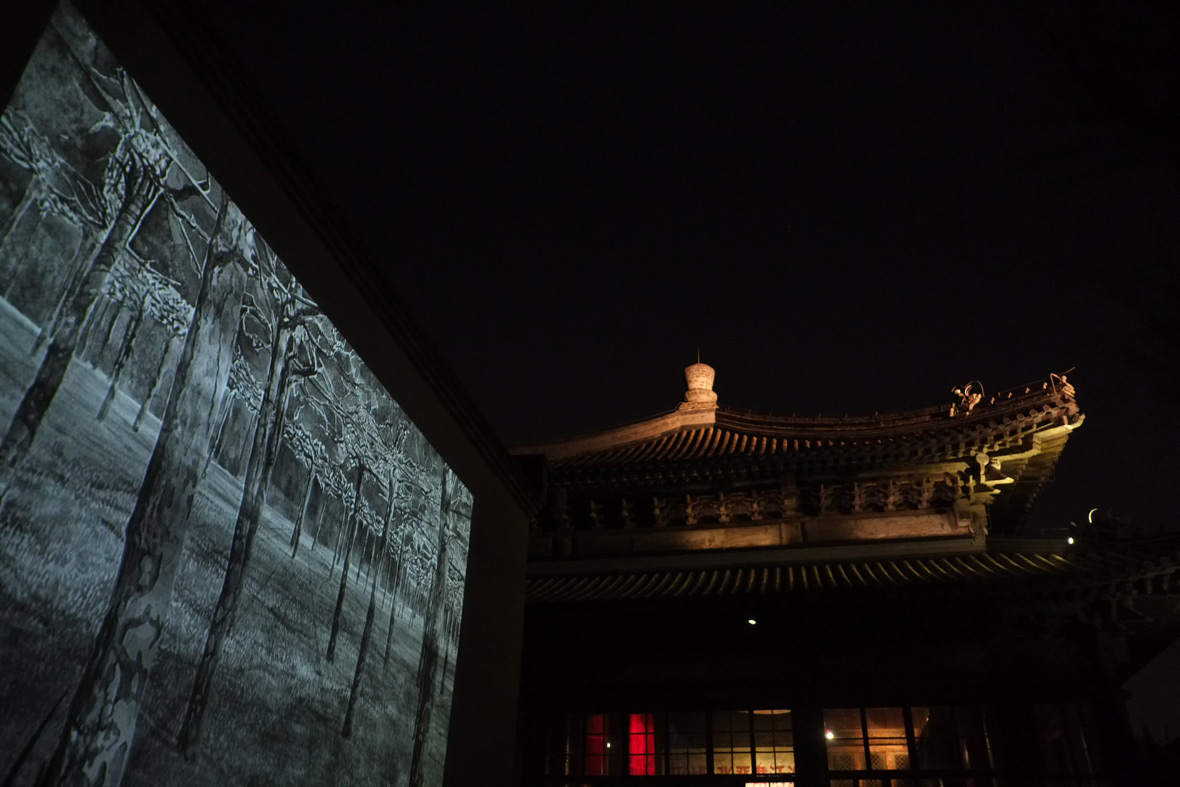