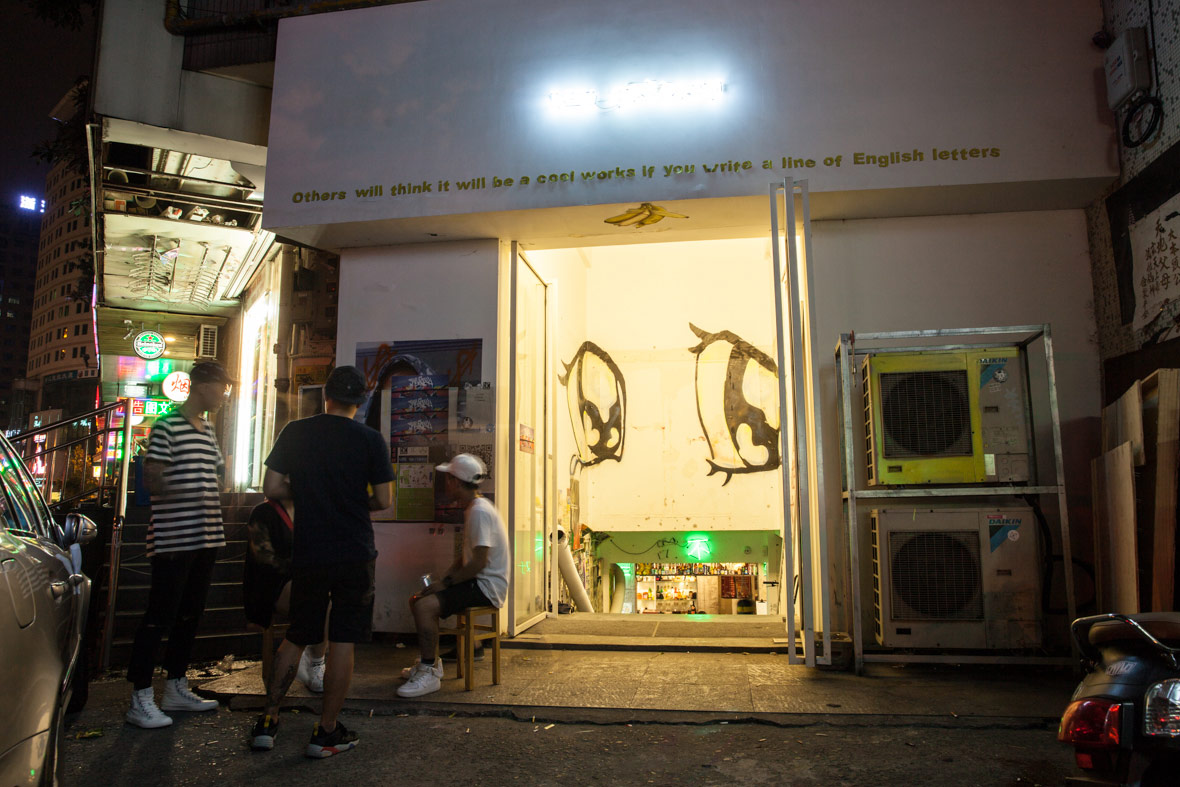 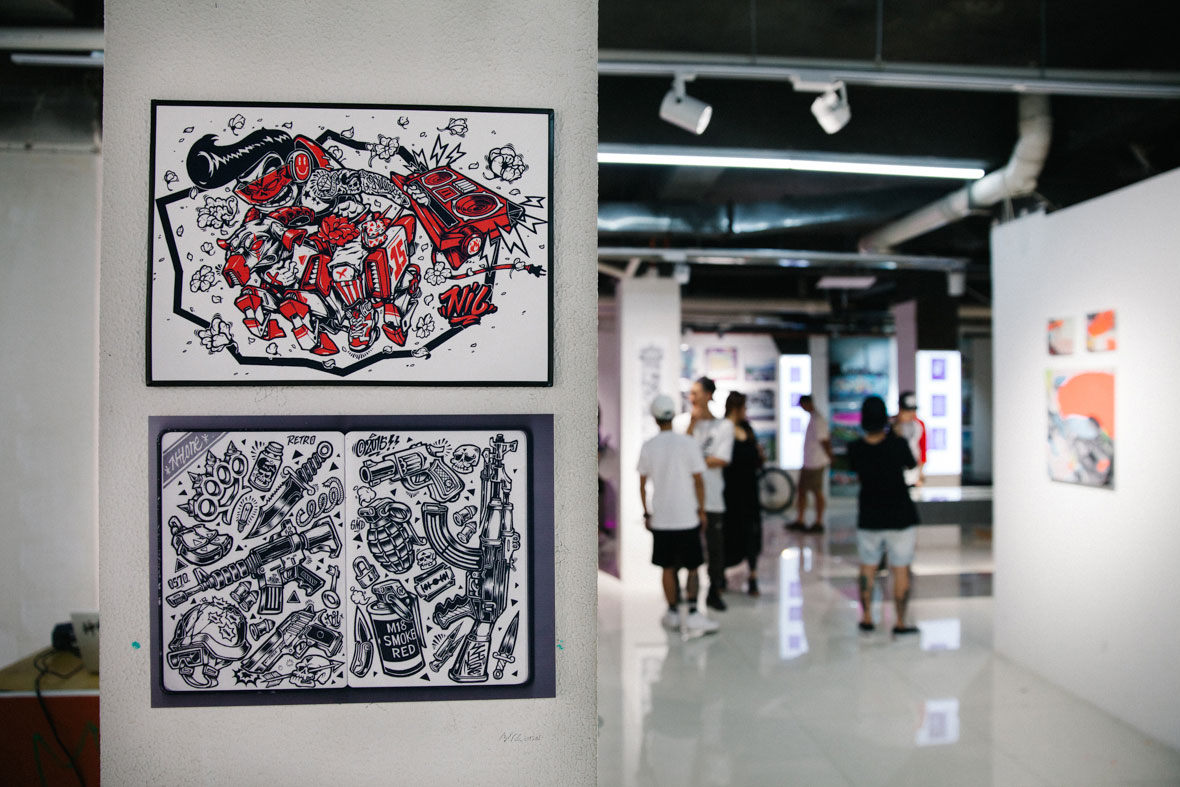 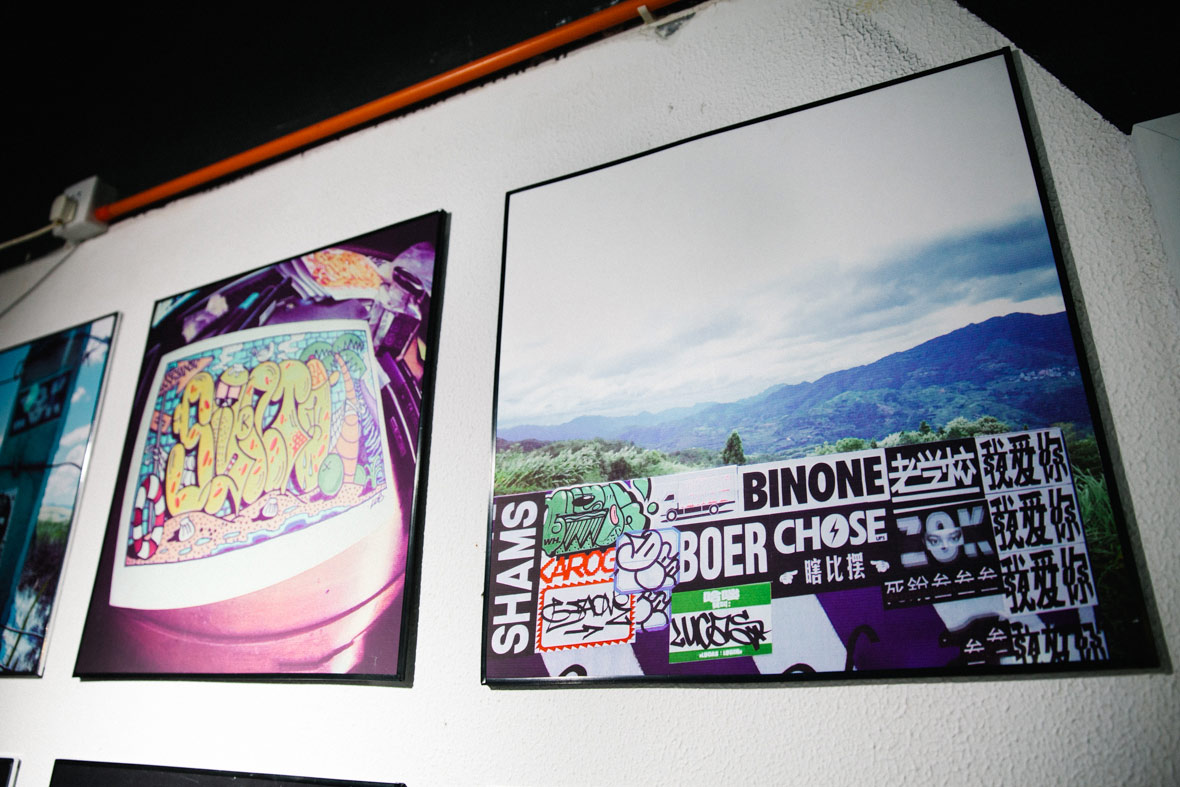 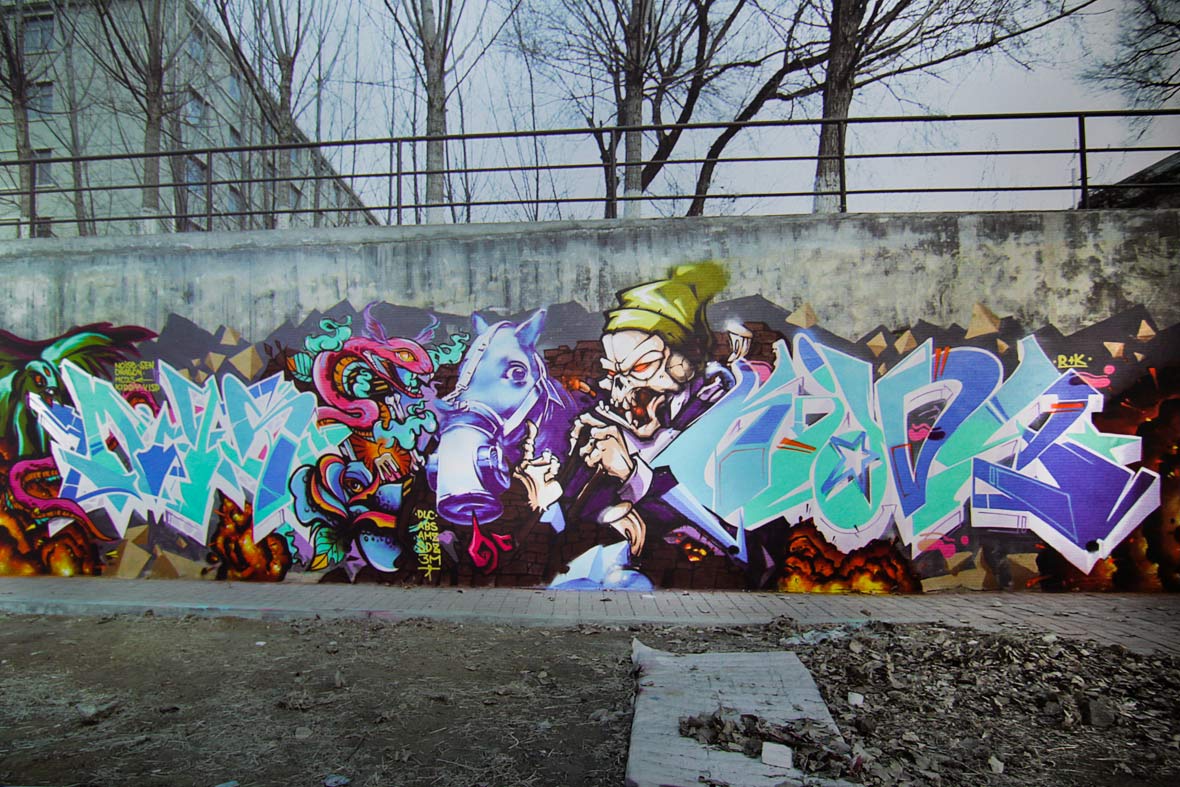 Neocha: How popular is graffiti and street art in Hangzhou?

Kiddy: When I was planning the event, I didn’t think too many people would show up. I wasn’t sure if people in Hangzhou were ready for a graffiti gallery exhibition. Only a couple years ago, when we would paint graffiti around Hangzhou, Zhejiang and neighboring cities, people didn’t understand what we were doing. But these days things are changing. Now, when we go out on the streets to paint, little kids will know to call it “graffiti”. Sometimes, they can even decipher and read out the names that we’re writing. 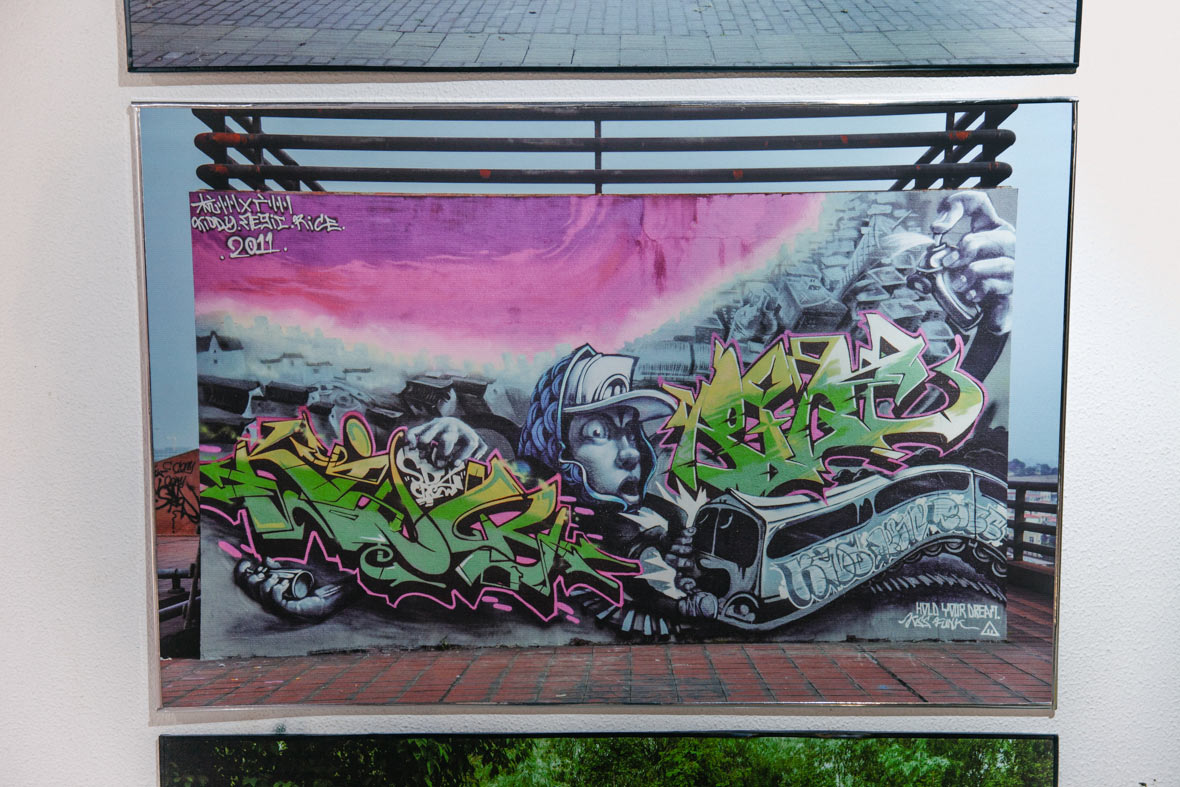 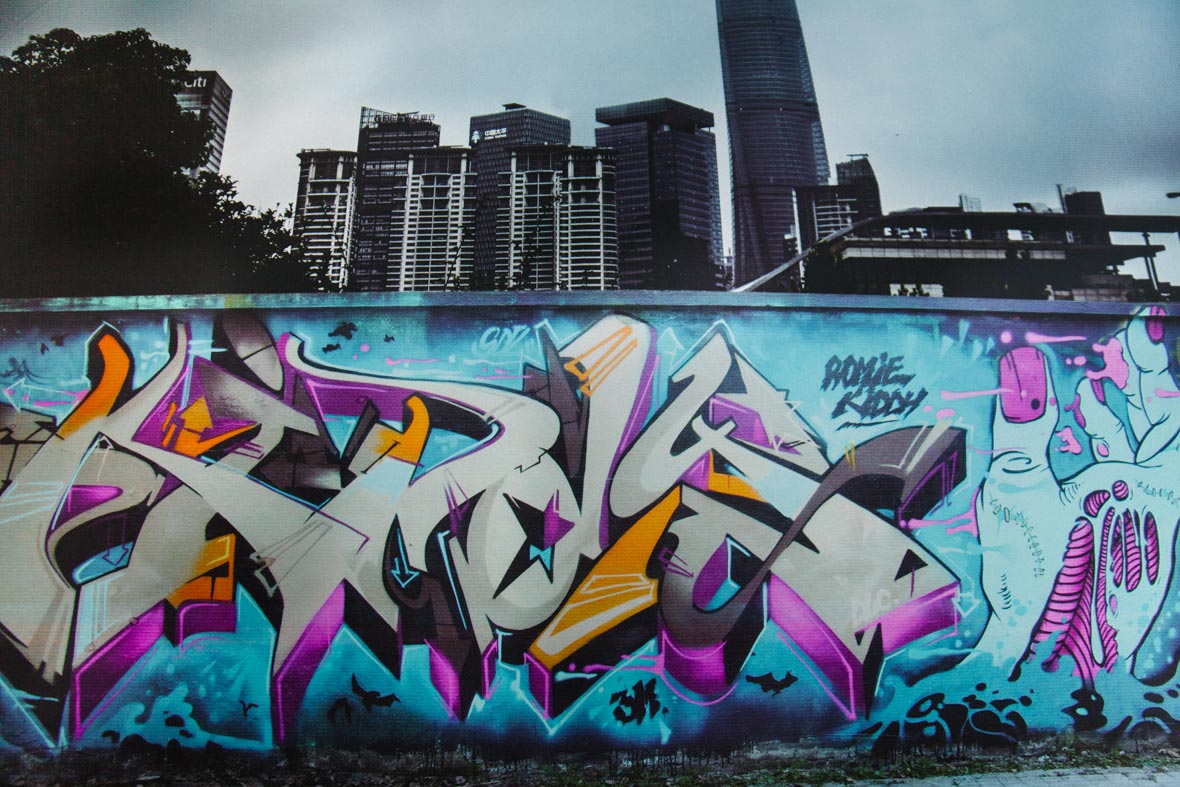 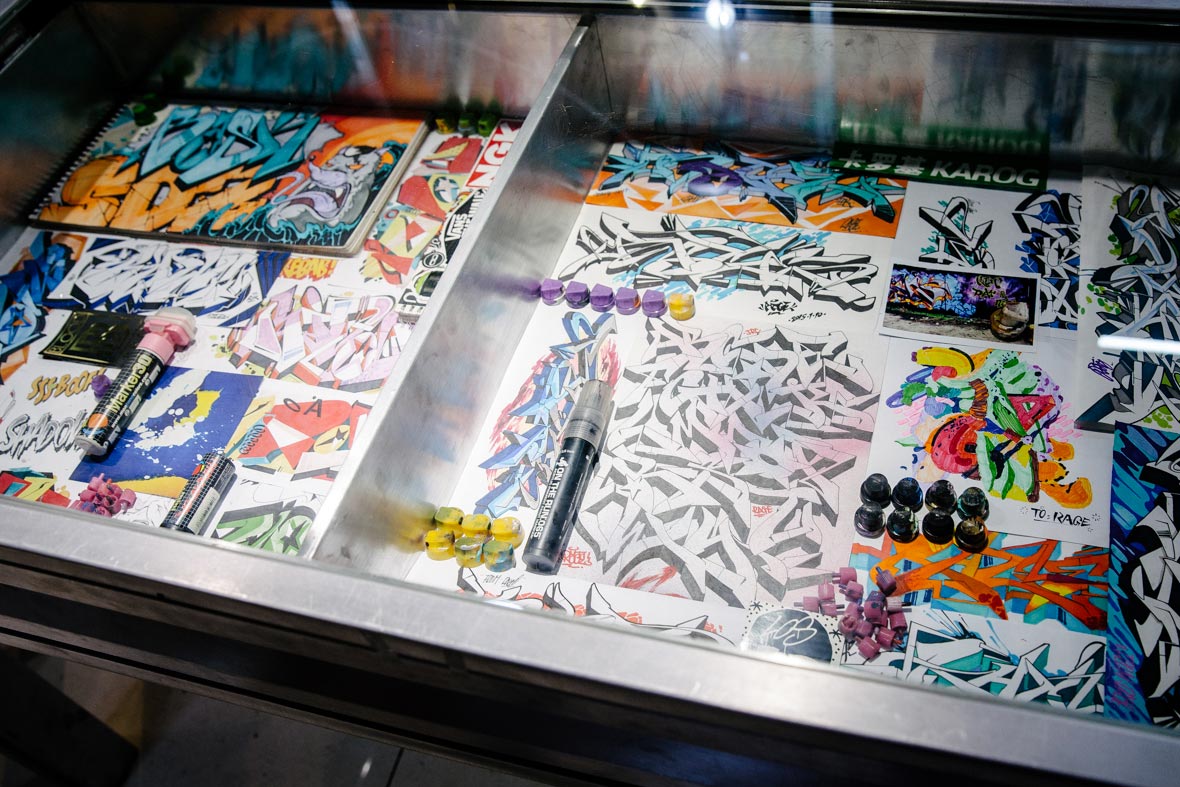 Neocha: How did you get started as a graffiti artist?

Kiddy: I used to love street dance, but because of my lack of physical coordination, I had to give it up. I had a lot of friends in the hip-hop scene, but I still didn’t know anything about graffiti. Later on I would watch some films that had graffiti scenes and I would try to copy the letters. At the time, I didn’t even know that you were supposed to use spray paint.

When I left my hometown to study at Hangzhou’s China Academy of Art, I had booked a hotel in advance for my first night there. Then it just so happened that when I arrived at the hotel, there were two guys painting graffiti on the building next door. They were the only graffiti crew in Hangzhou at the time. It was a strange coincidence, it really felt like fate. 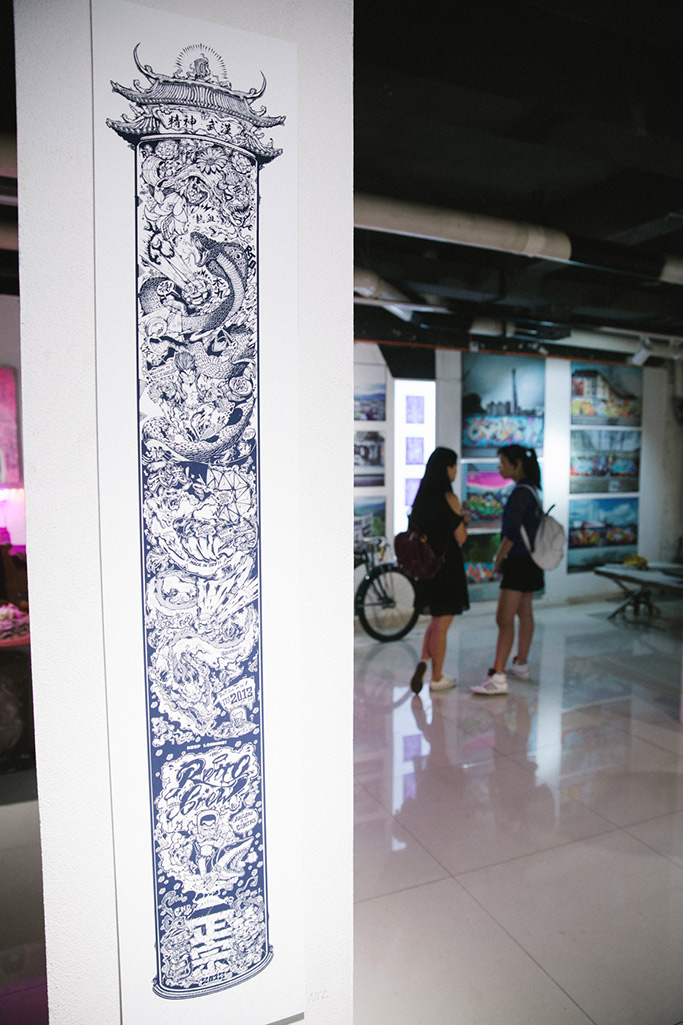 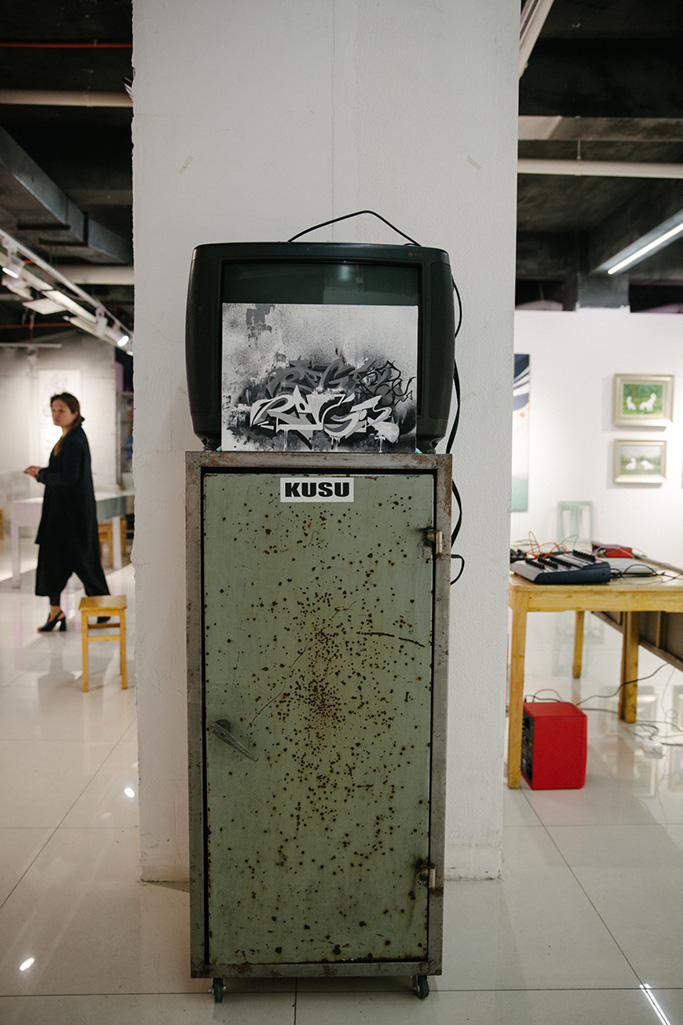 Neocha: How does traditional Chinese culture influence your art?

Kiddy: I don’t purposely try to create anything that contains Chinese culture. In my opinion, China doesn’t have too many graffiti or street artists who have expressed our culture well. Most artists are too obvious. They might use calligraphy or a splash-ink technique, and then boast that it’s Chinese culture. I think that’s boring. I try to be more subtle with my work – I might use abstracted versions of Chinese elements. For example, previously I used the Song Ti typeface as a reference for some of my letter shapes. Those who type in Chinese everyday might recognize certain Song Ti strokes or shapes and then make that connection. I don’t need to paint calligraphy in order to express that I’m a Chinese artist. 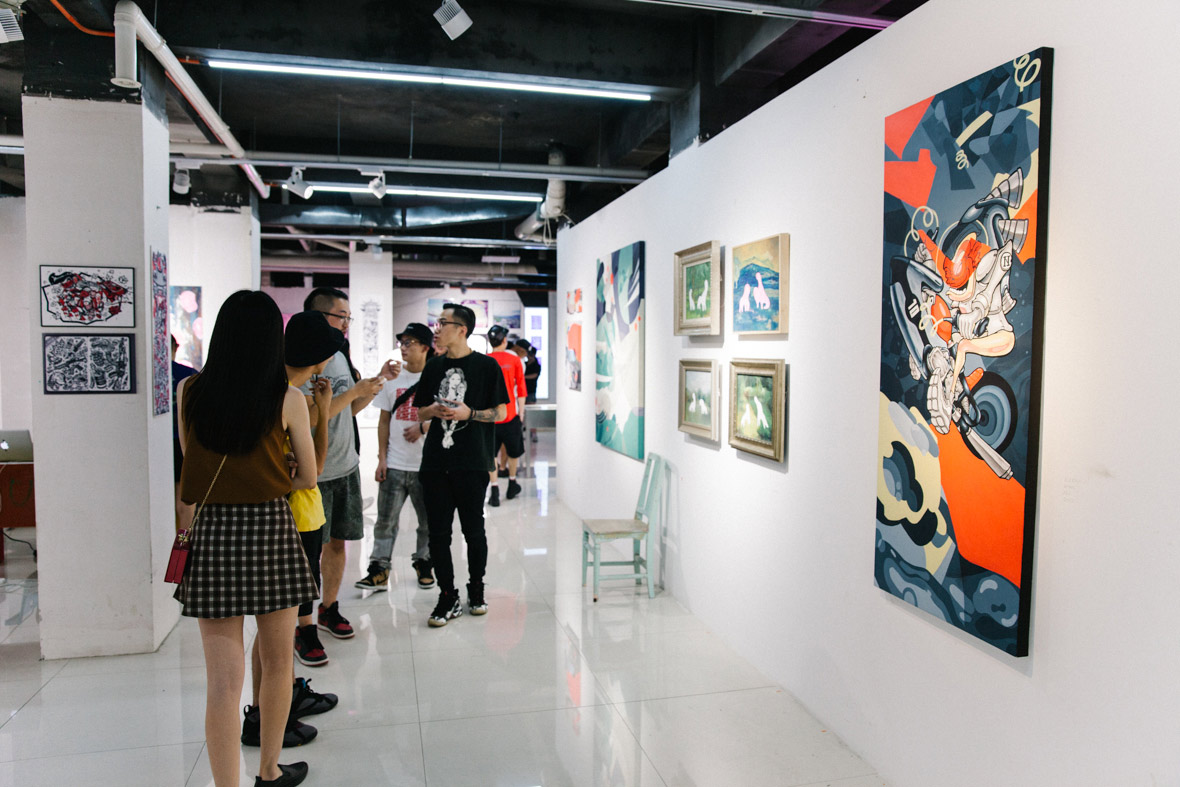 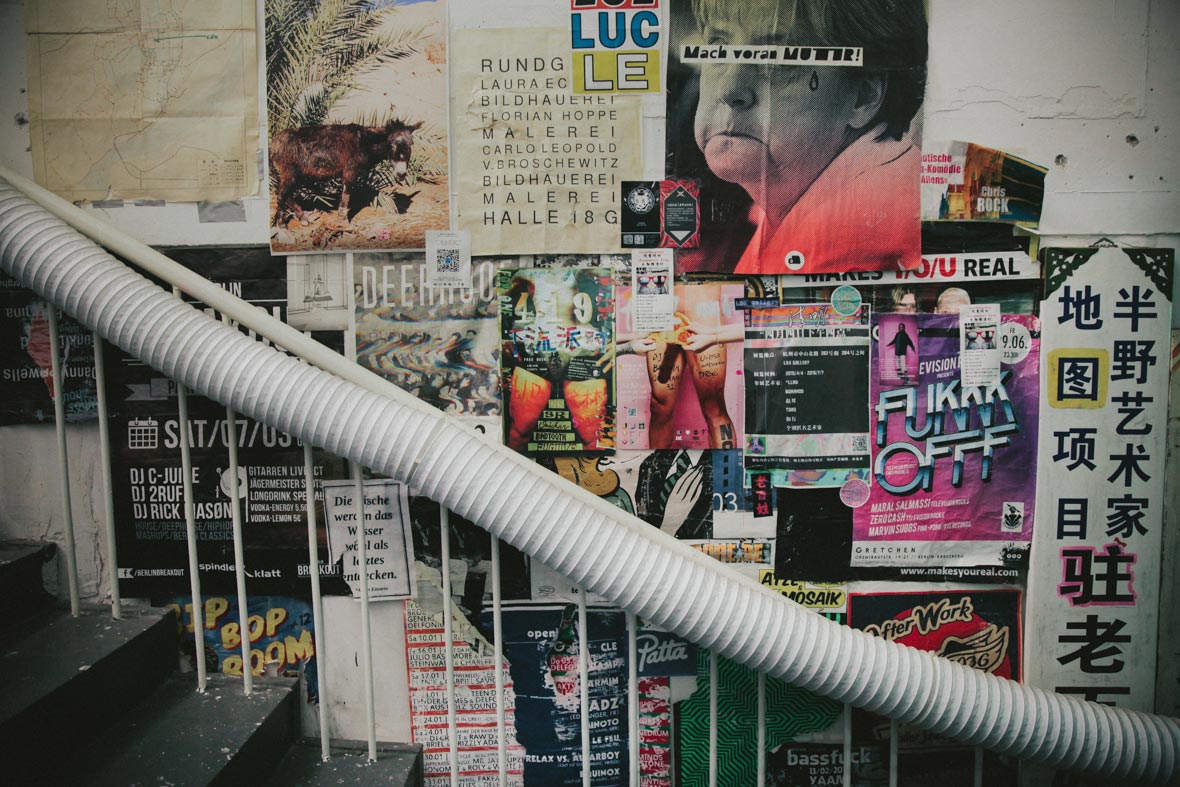