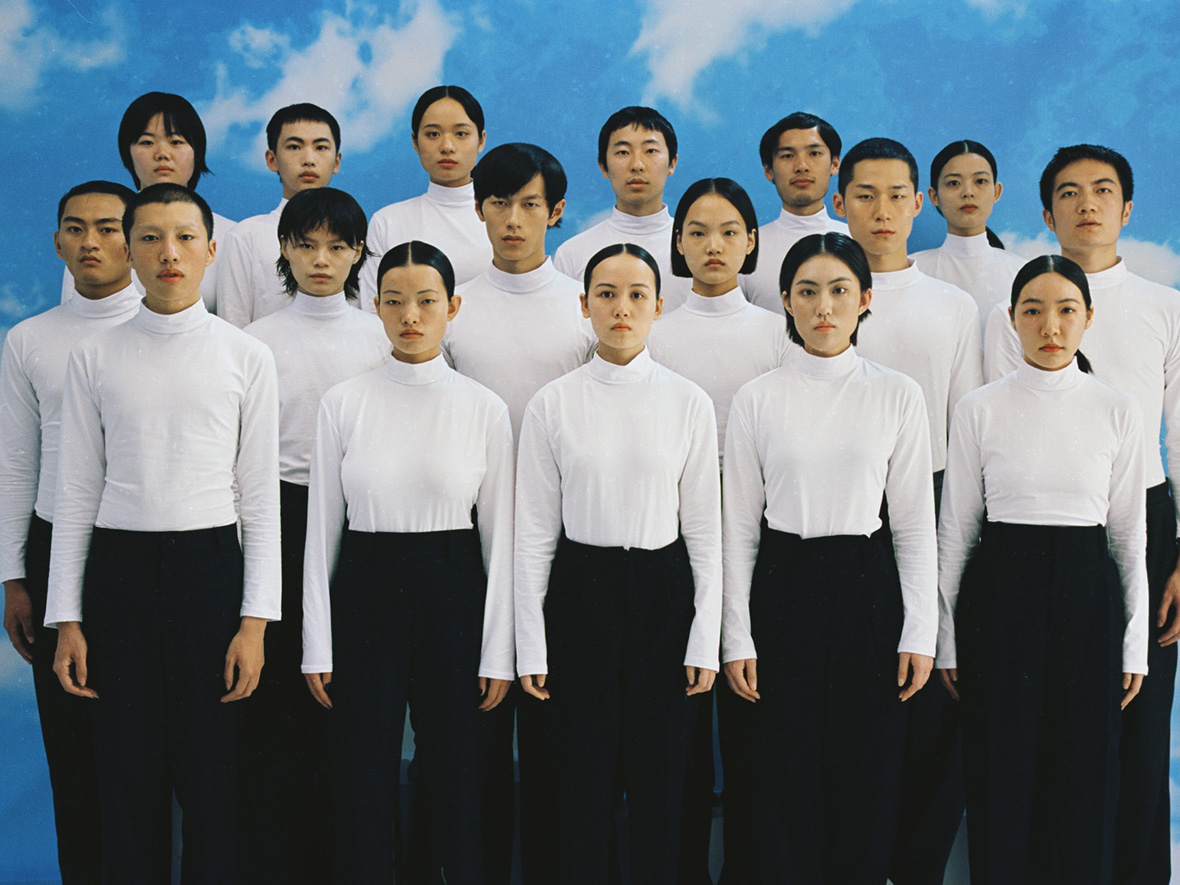 Born and raised in northeastern China, Song Wanjie (a.k.a Julian Song) is a photographer who jokingly describes himself as a “folk artist with dreams of opening a dumpling restaurant.” After tasting his homemade jiaozi first-hand, I’d say his restaurateur ambitions aren’t that farfetched.

Song has taken an unorthodox career path. In college, he originally majored in economics before switching over to advertising, and was only inspired to learn the basics of photography when he was handed a camera and asked to help out on a commercial video shoot. Then love stepped in: a significant other gave him a film camera and opened the door to a new world. He took to it like a fish to water, snapping as many shots as he could. Conscious of his amateur background, he mostly stuck to imitating others, until one day someone asked him, “How come your work looks so much like so-and-so’s?” Only then did he realize he needed to find his own style. 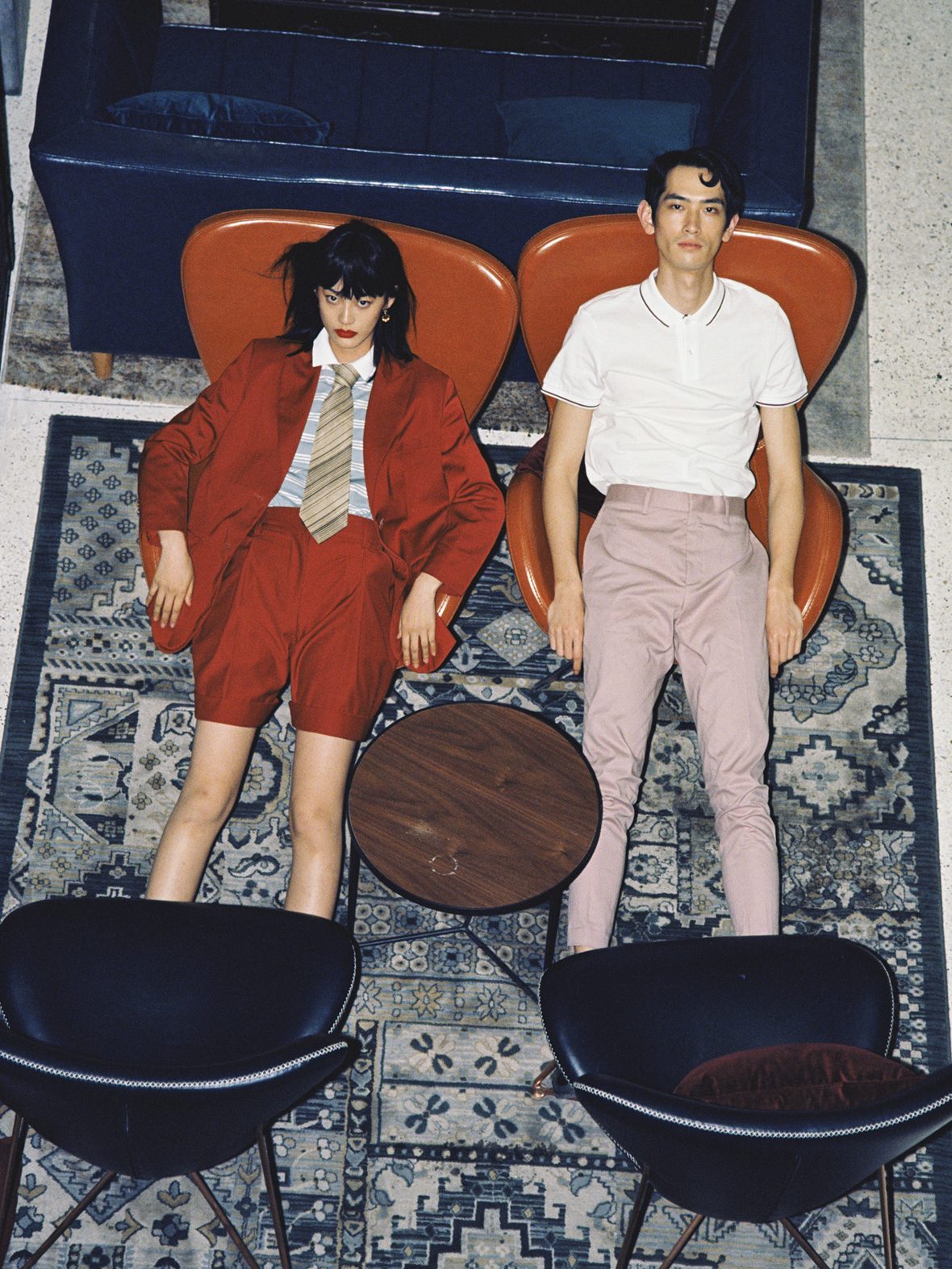 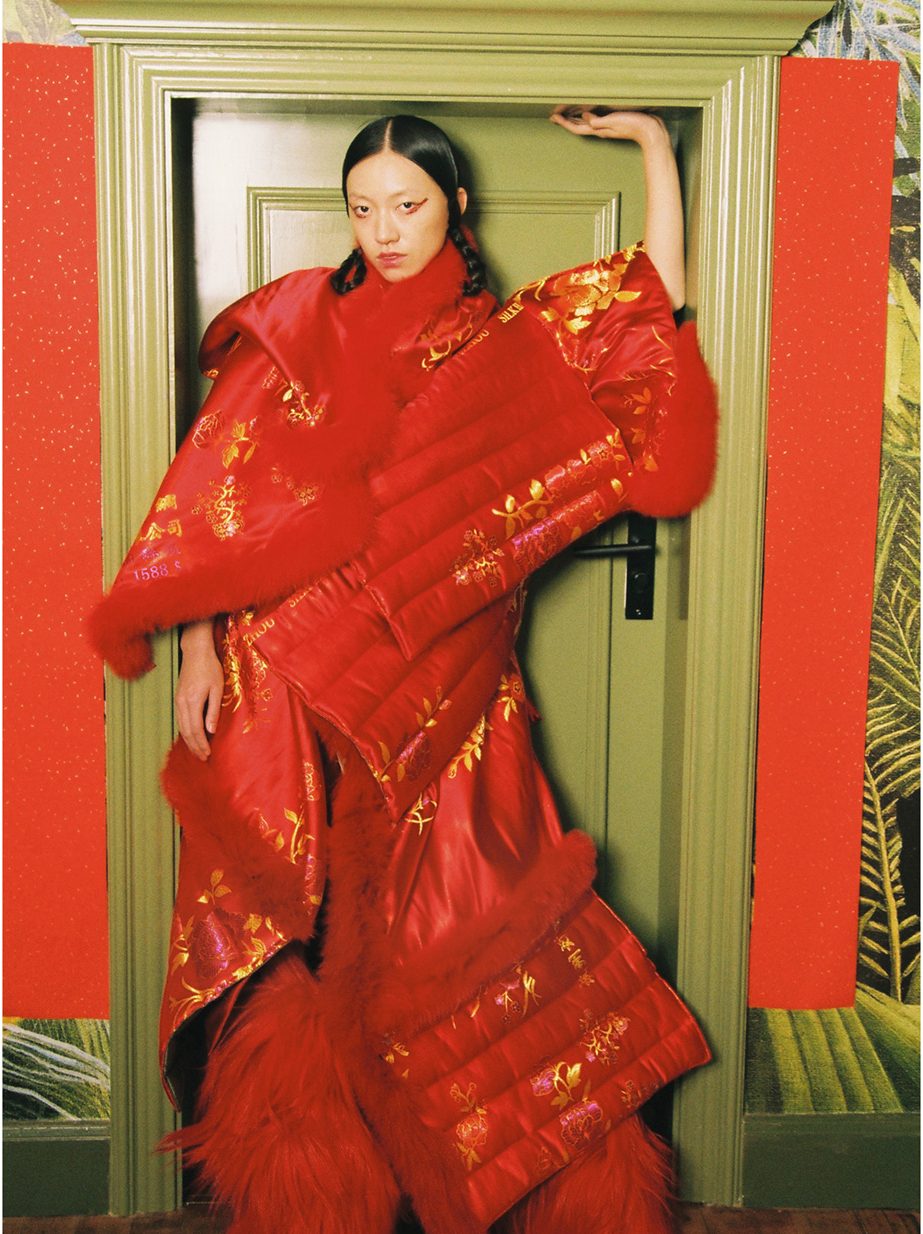 “Most people see you using similar colors and think you’re copying. But I think the colors can be similar—the content just has to be different,” says Song. “I want to get away from what people have seen before, do something different. Who’d have thought that a scene like this, with a jumble of everyday objects against a backdrop of clouds and sky, would work?”

Song is especially excited to tell me about his most recent series, Paradise Drama Club. “When the photos came out I was practically moved to tears. You know how when you’re so happy you want to jump off a building?” The inspiration for this shoot came from the music video for “Stubborn” (倔强), a song from 2004 by the Taiwanese pop band Mayday. Sensitive to visuals, Song must have unconsciously filed away the song and the video in some corner of his brain and suddenly reactivated it now. 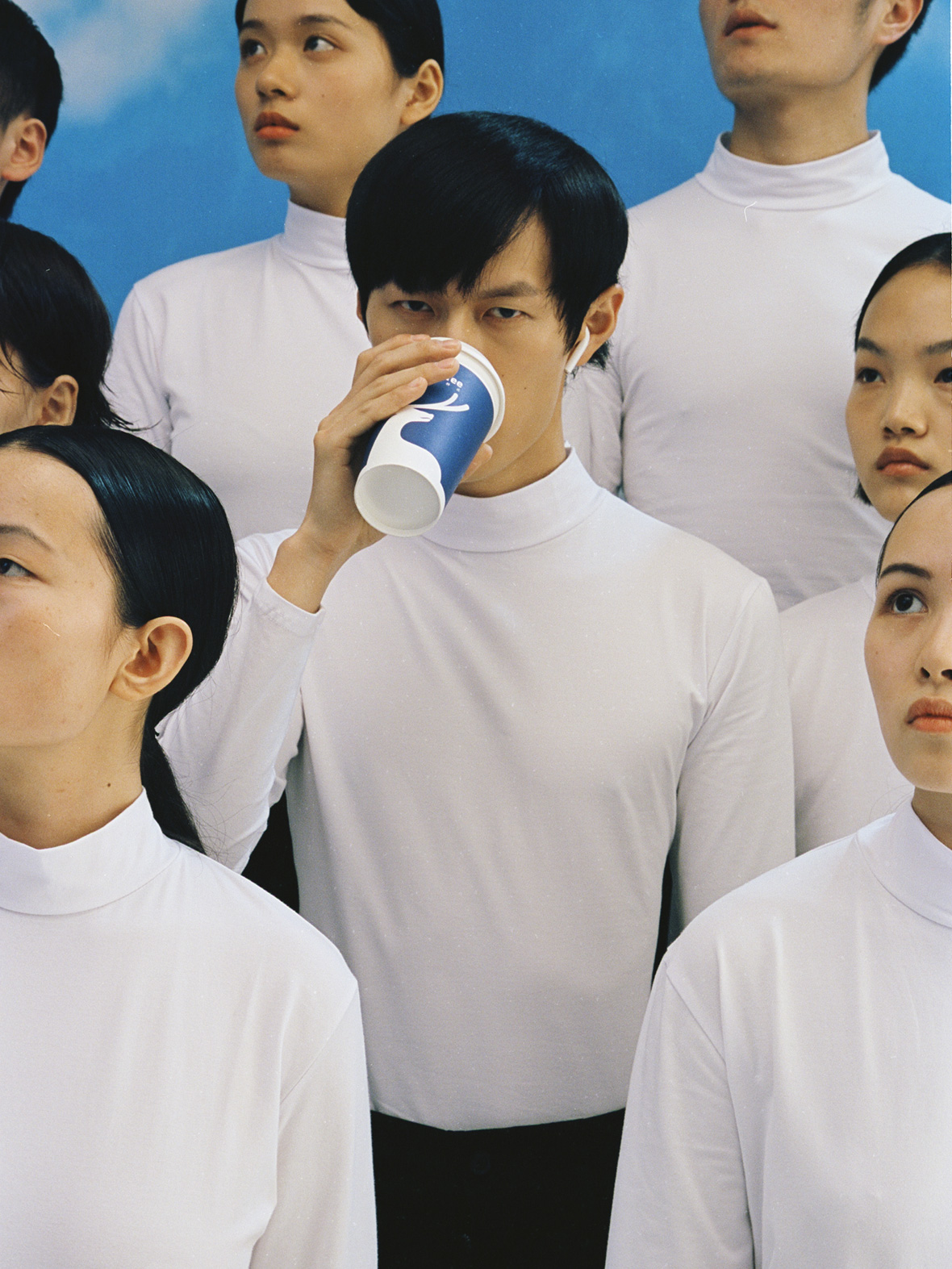 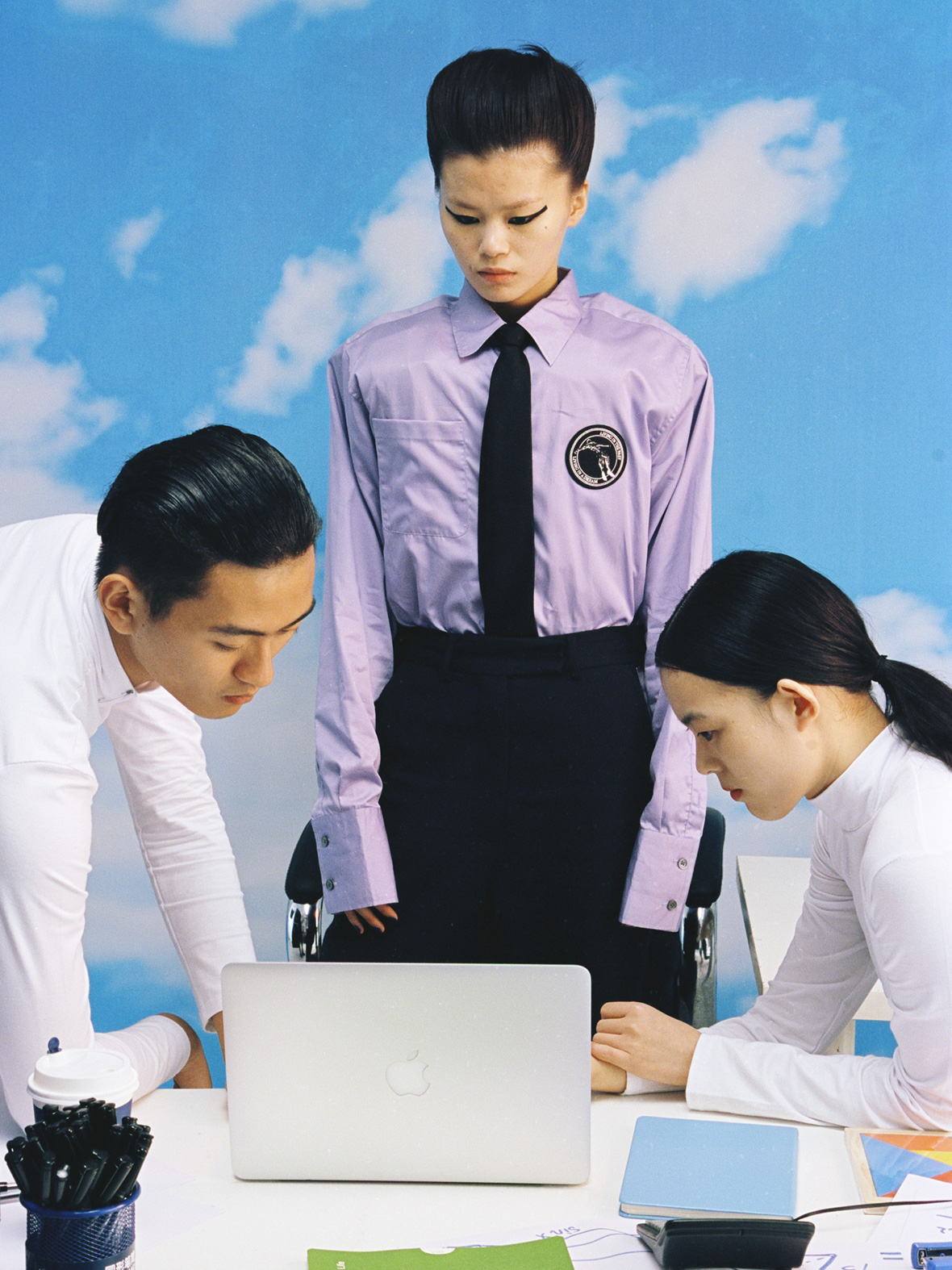 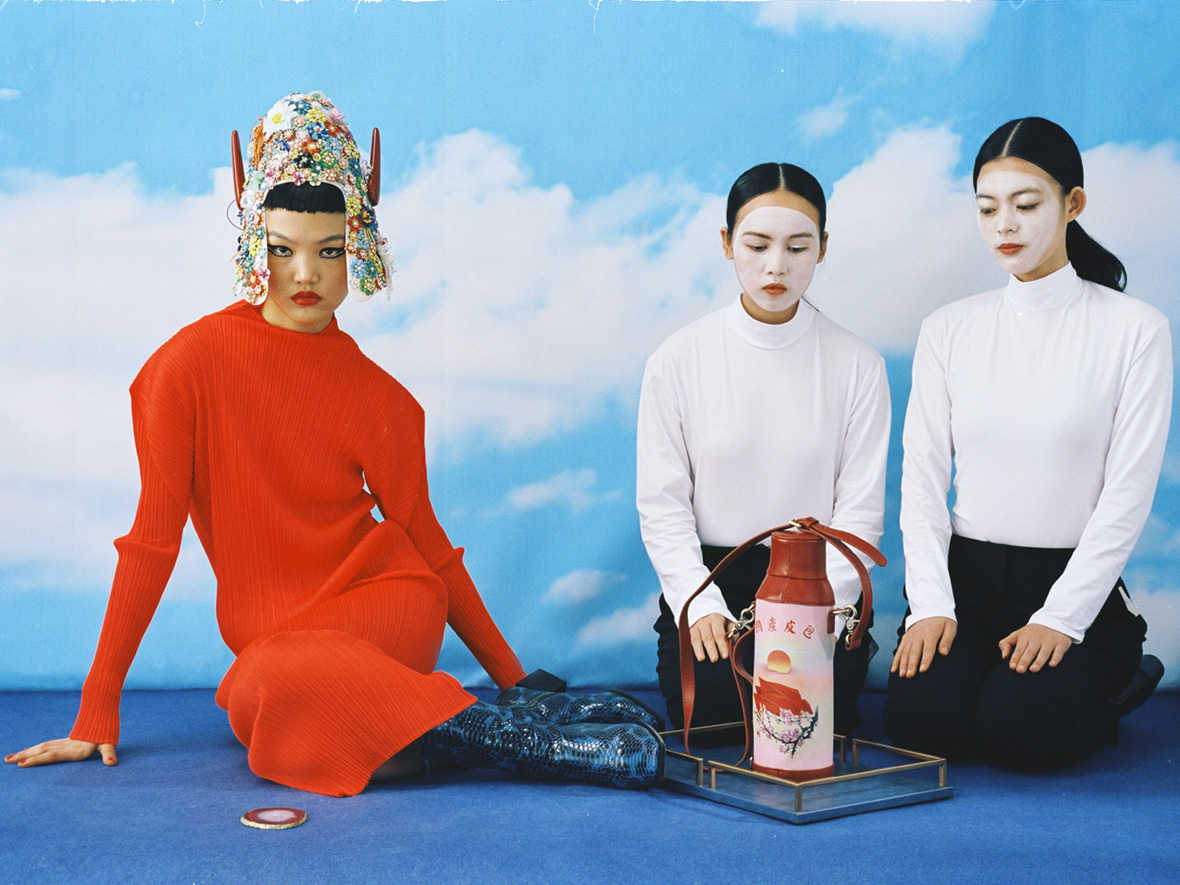 In person, he’s as bubbly and uninhibited as in his photos. He told me that much of his inspiration comes from S.H.E, the Taiwanese girl band he loved as a kid. (In fact, most of our interview took place with the SHE 17th anniversary concert album playing in the background). At the peak of S.H.E’s popularity, Song was just a teenager. Little did he know, memories of his idol would inspire his art as an adult. 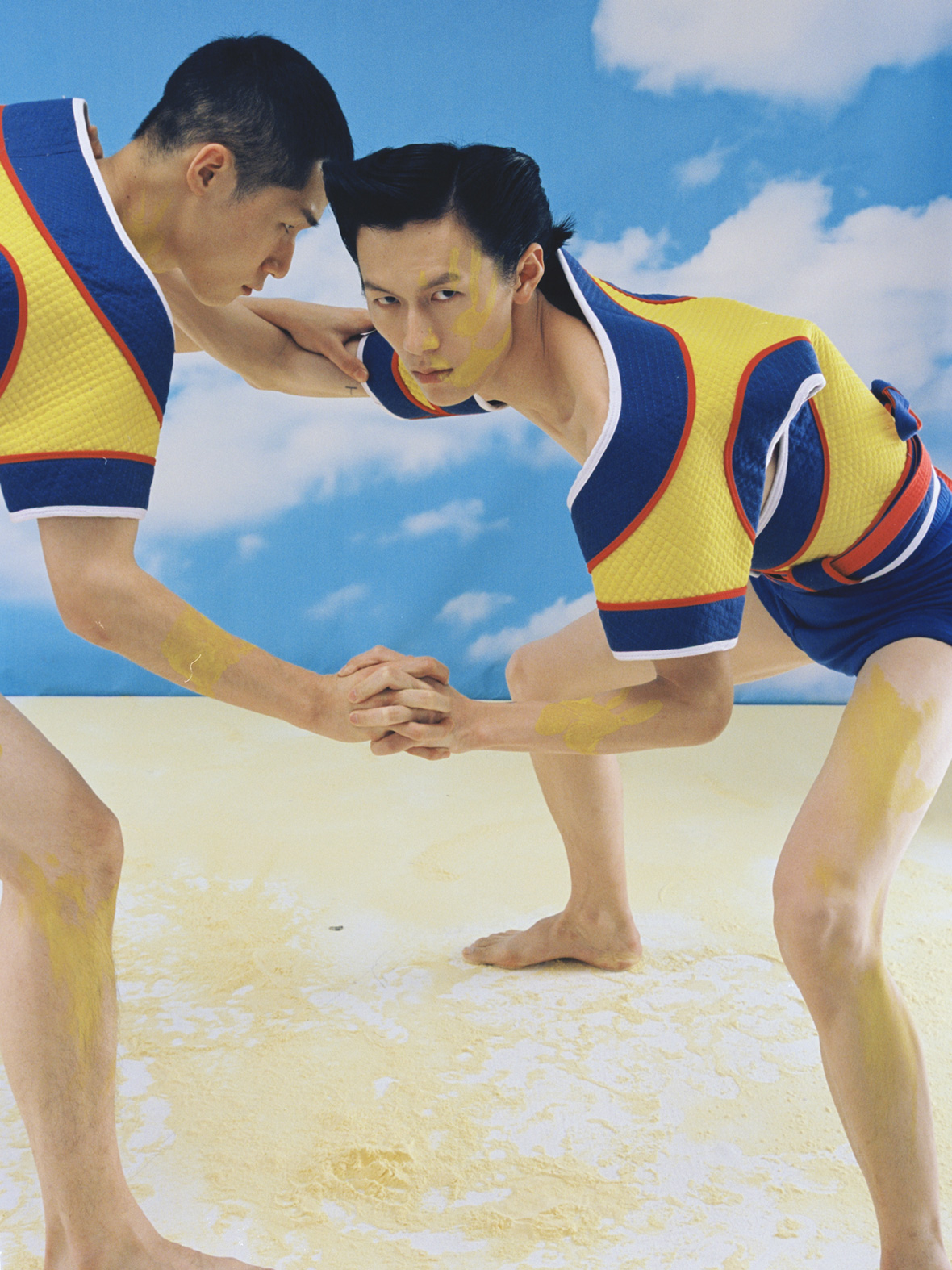 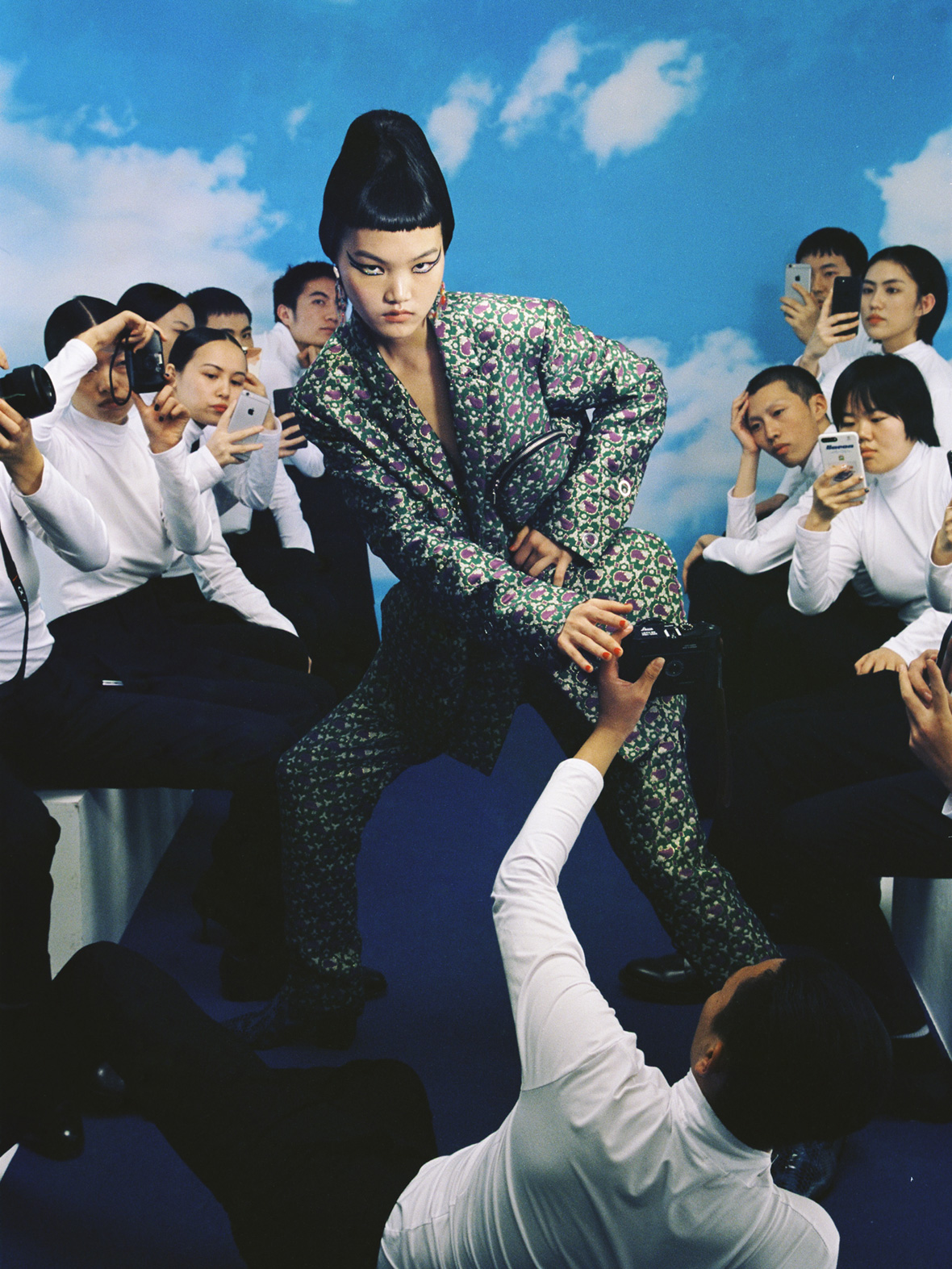 In every shot you can probably find touches of real life: a model staring at a bottle of skin creme; a boy taking a selfie in a fitting room; a TV host striking a crazy pose in what looks like a live studio broadcast. To get images that seem to tell a story, Song spends a long time before every shoot getting prepared, reviewing the material, and listening to music for inspiration. “I refuse to do things mechanically. I don’t want to repeat myself, and I don’t want people to think an object or color in my work can be replaced,” he says. “So I put my story and what I understand of culture into every piece, and I make sure each one challenges me.” 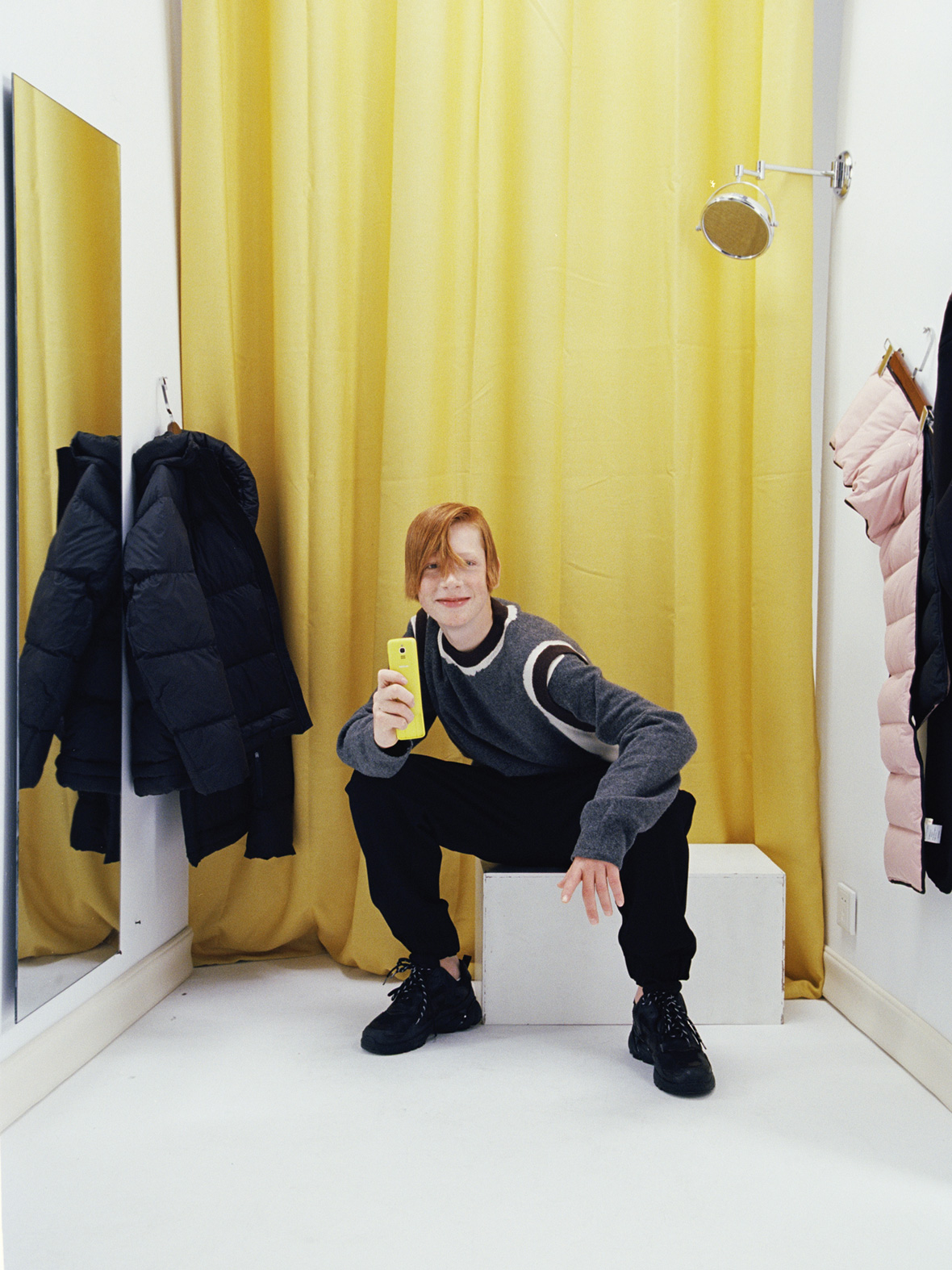 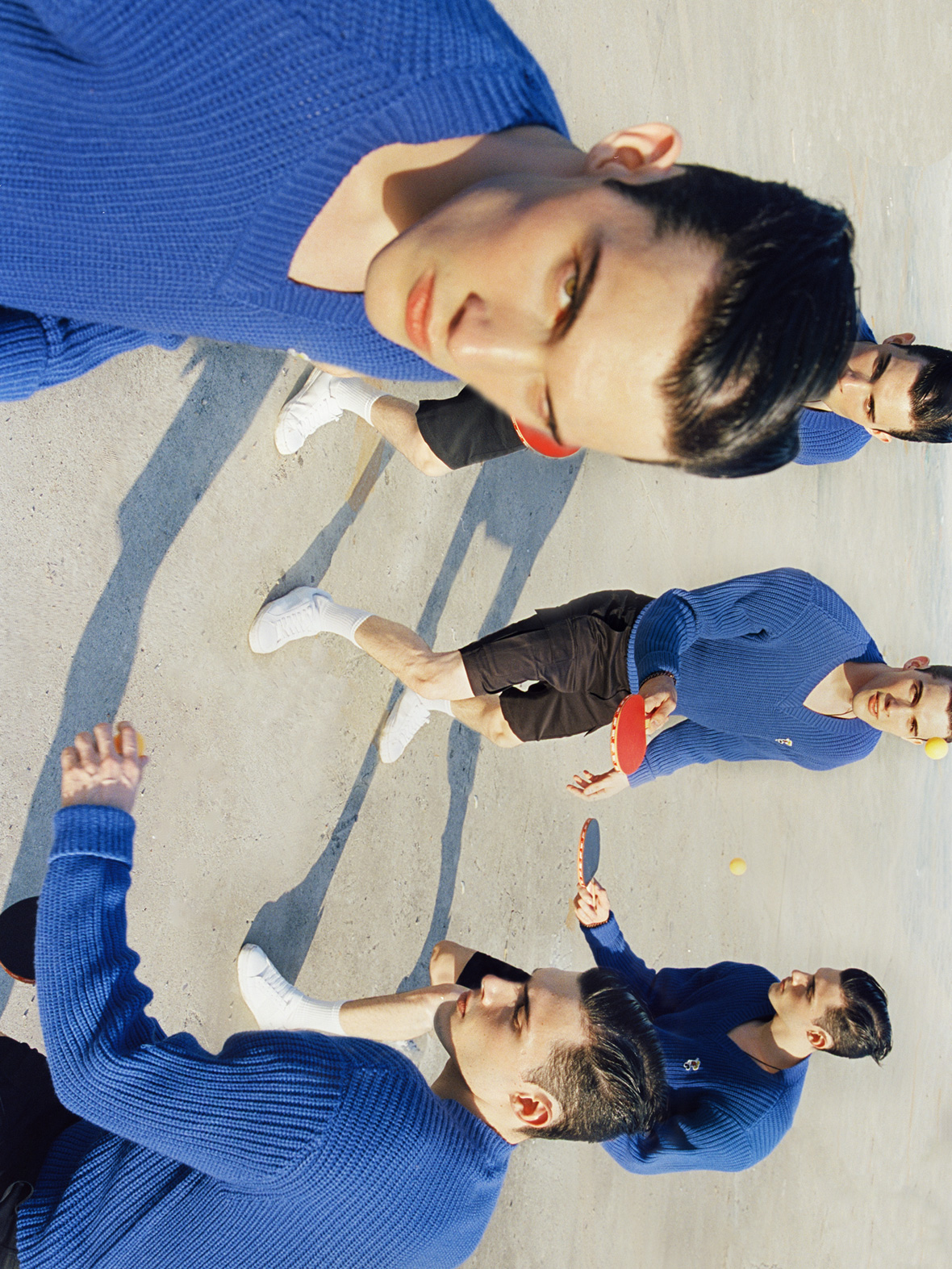 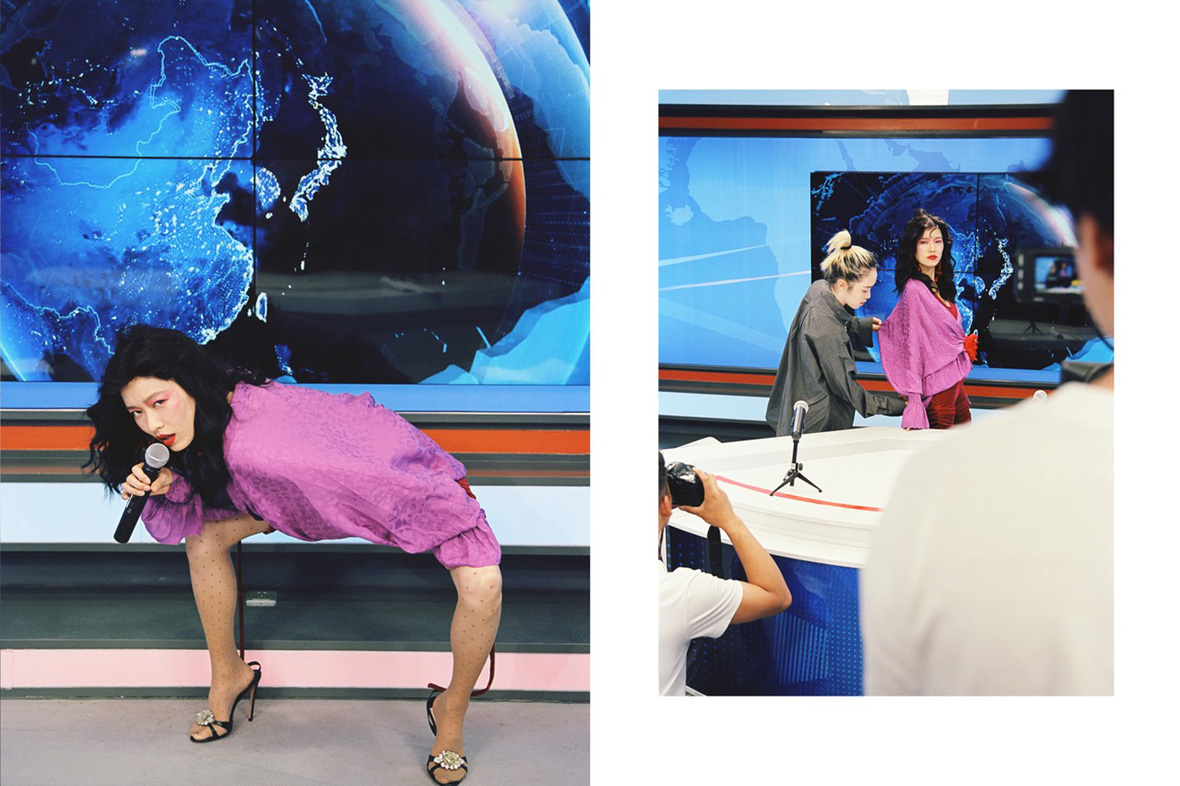 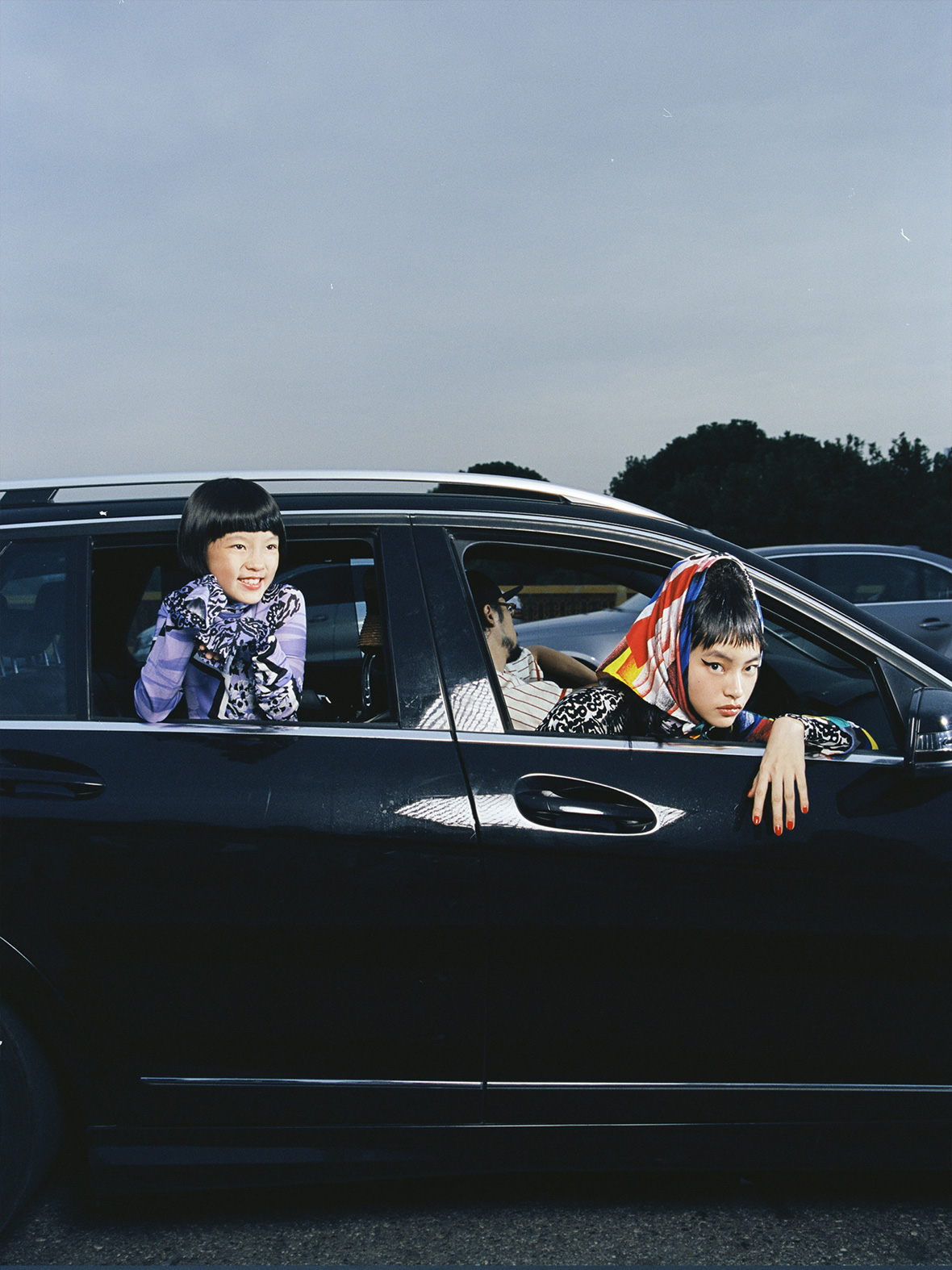 If there’s one thing people notice about him, says Song, it’s that he’s down-to-earth. I might add that he’s got an eye for making things look just right. And after seeing his photos, you can’t help but admit, this photographer will definitely wrap a beautiful dumpling.