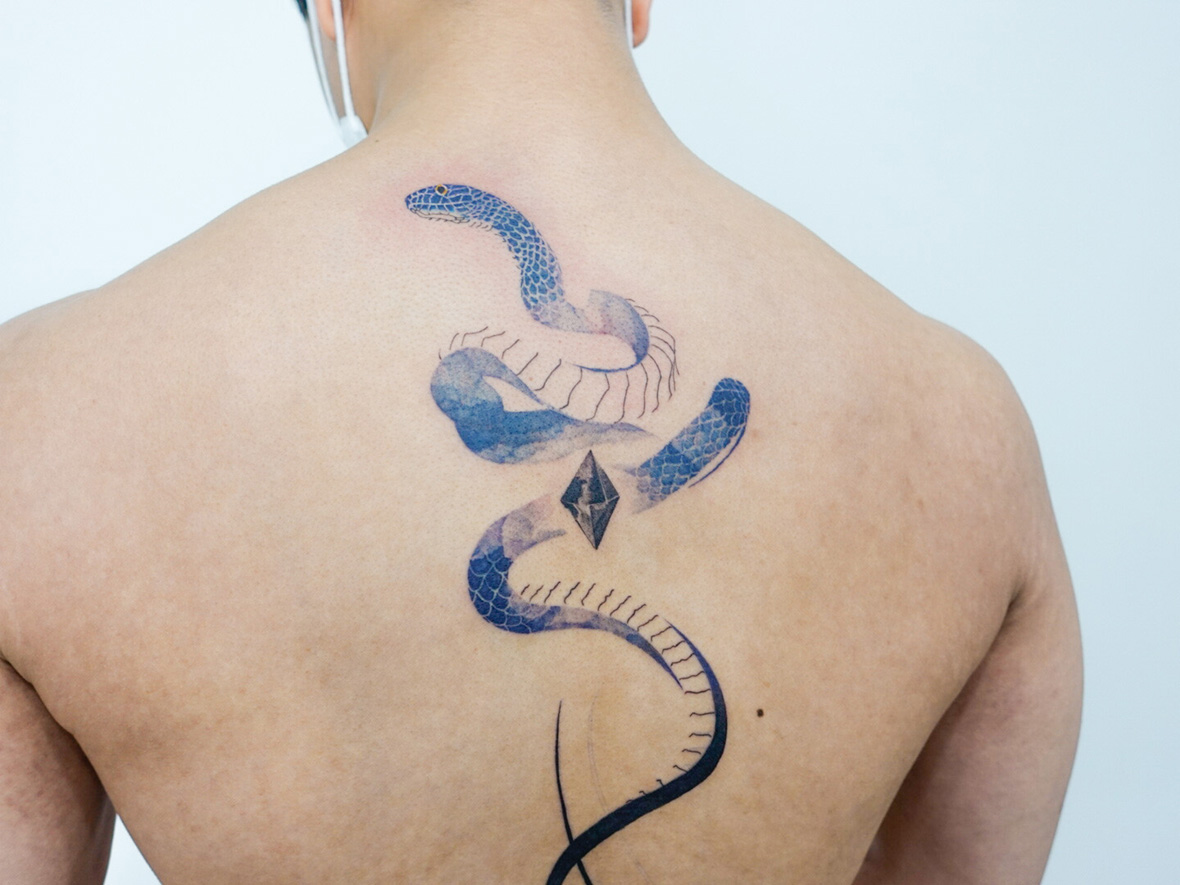 Ferocious wolves, prowling panthers, and vicious serpents—these are perhaps the images that come to mind when tattoos are mentioned. However, there is a new wave of young tattoo artists who believe that the art form can be a lot less intimidating. At the forefront of this movement in Seoul is Yeonho, a rising star in the local tattoo scene. 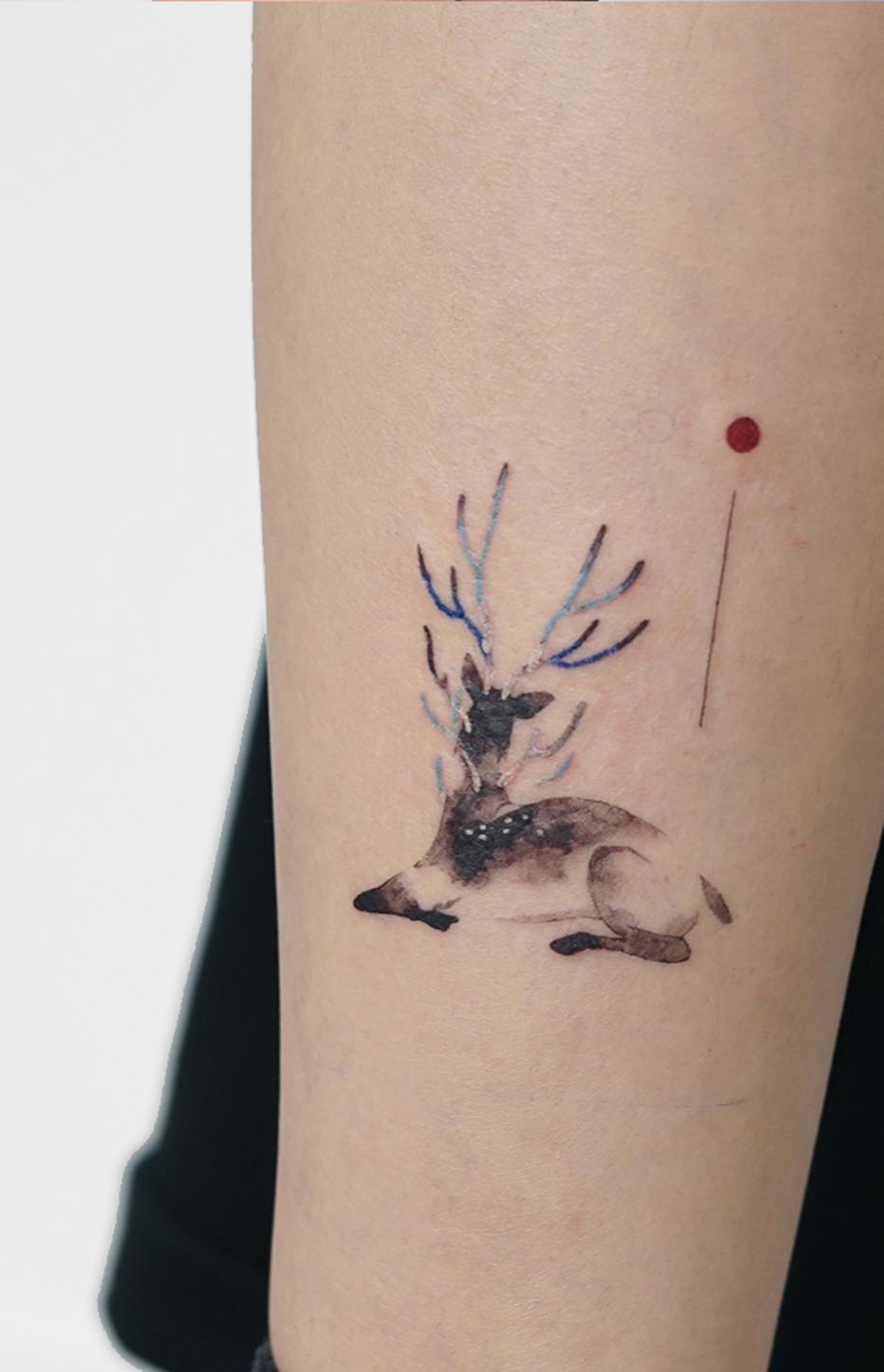 Yeonho’s tattoos revolve around animals and the natural world, but these motifs are shown in a graceful light, stripped of all aggression. They are drawn in gossamer textures, soft lines, and understated colors that make them seem closer to an ink-wash painting than a tattoo.  In her work, you might find manta rays congregating and gliding through expanses of skin, a lone doe napping beneath a crimson-red sun, or a humpback whale swimming among cerulean flowers. “I don’t draw animals on the hunt or animals who give you the death stare,” Yeonho says. “I prefer drawing animals that are just resting or taking a stroll.” 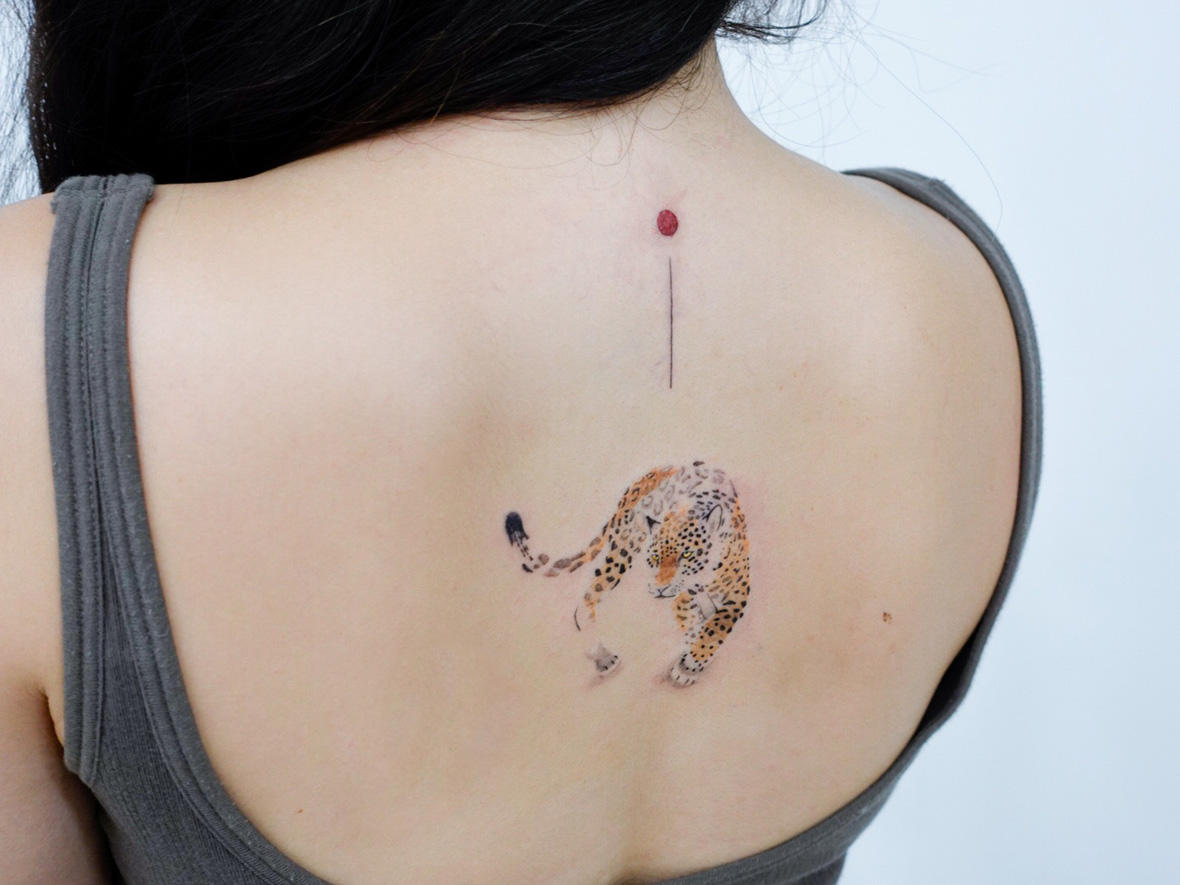 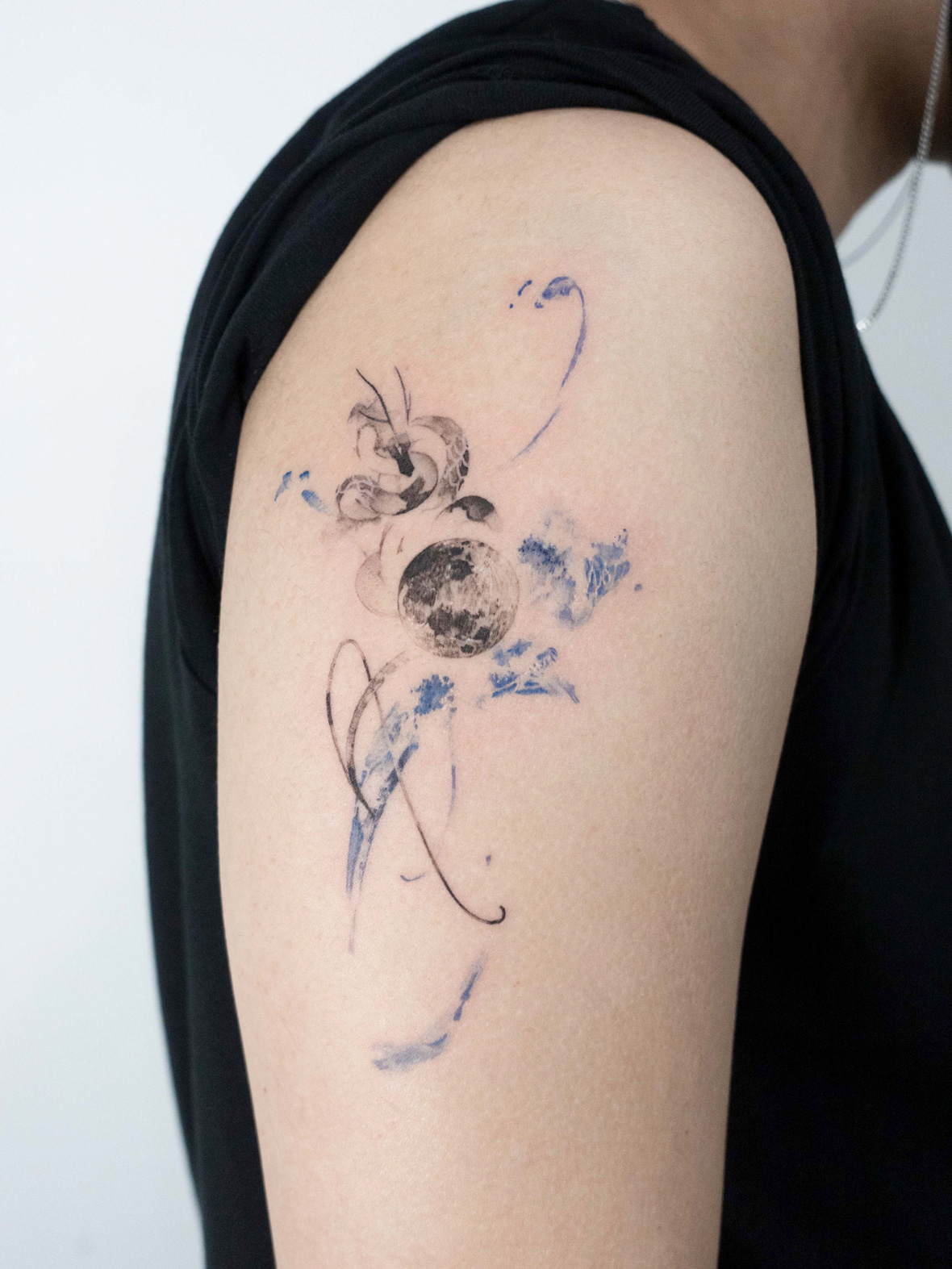 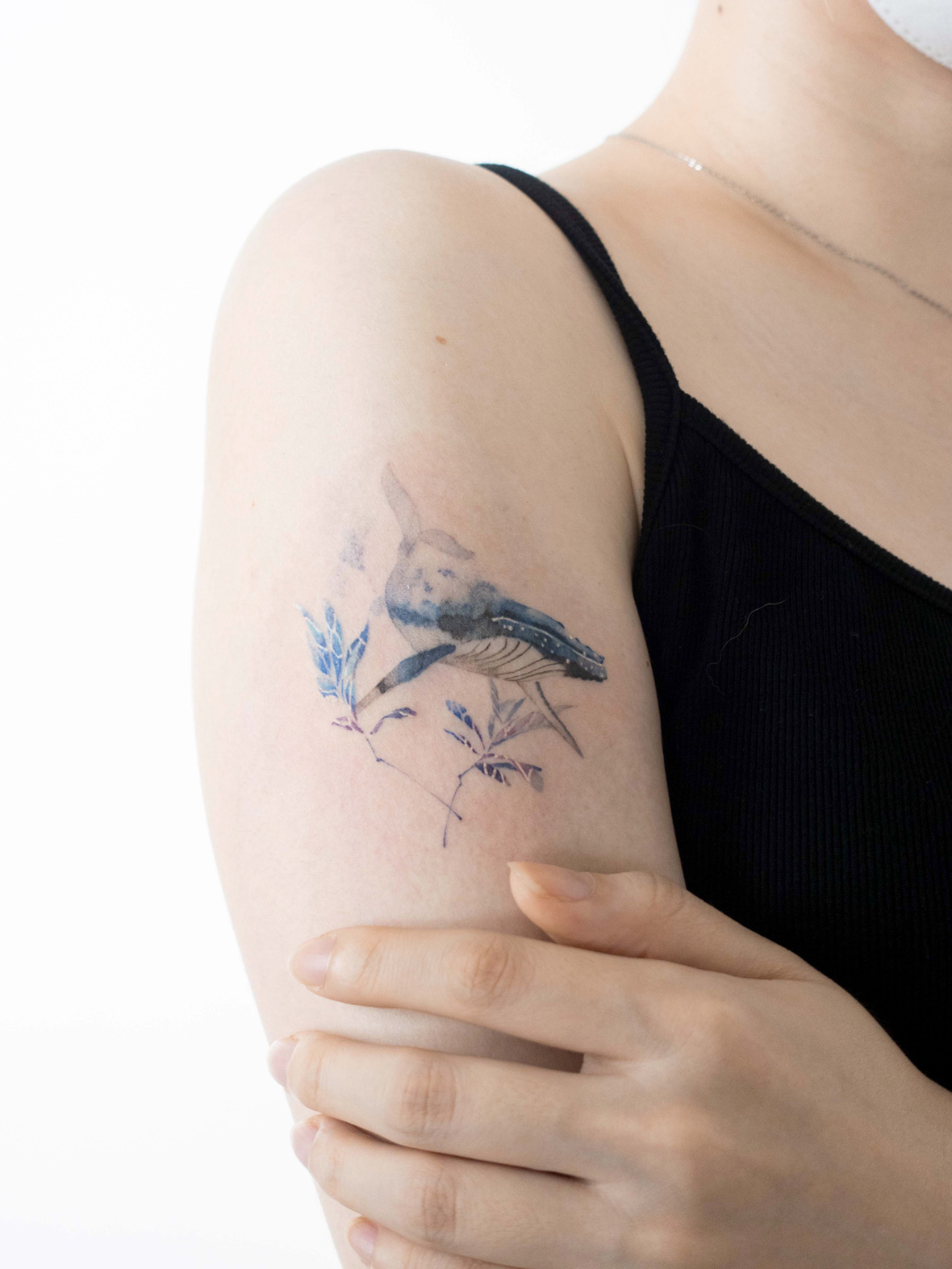 Yeonho herself is a person with a tranquil presence, evident in the unhurried and self-assured way that she speaks. “Can I have a moment to organize my thoughts?” she asks with a smile before answering one of my questions. It’s this quality that she channels into her work. “I hardly ever get angry or have mood swings,” she says. “I want to draw something that puts my clients at peace—just like my natural state of being.”

One of her clients had even compared Yeonho to Sanshin, beloved mountain spirits in Korean folklore. These deities are often portrayed as wise old men with long white hair and flowing beards, and they are believed to reside at the highest peaks of sacred mountains, protecting animals with their supernatural powers. And there is indeed something magical with the way she conjures these beautiful animals onto skin.

Yeonho started her tattoo career five years ago. The first few years were rough—especially since she had not previously considered tattooing as a viable career. In university, Yeonho’s parents encouraged her to study art and design, partly to make up for the fact that they never got to. “Still, my parents suggested that I should study something that’s employable—that’s why I ended up studying industrial design,” she recalls.

After a stint as an industrial designer, however, Yeonho decided that this career path was not for her. She was interested in paving her own path and not just becoming another cog in the machine. “I grew frustrated working at companies where I couldn’t really draw what I wanted,” she says. “That’s when I got a tattoo. Just on a whim.”

Little did she know, this spontaneous tattoo parlor visit would become the creative catalyst she needed. Growing up, Yeonho always wanted to connect with people through her art and hear their honest feedback. “Talking to the artist as I got my first tattoo, I realized that this is what I was looking for,” she says. “It was a job where I could draw what I wanted, find people who liked my art and make a living out of it.” 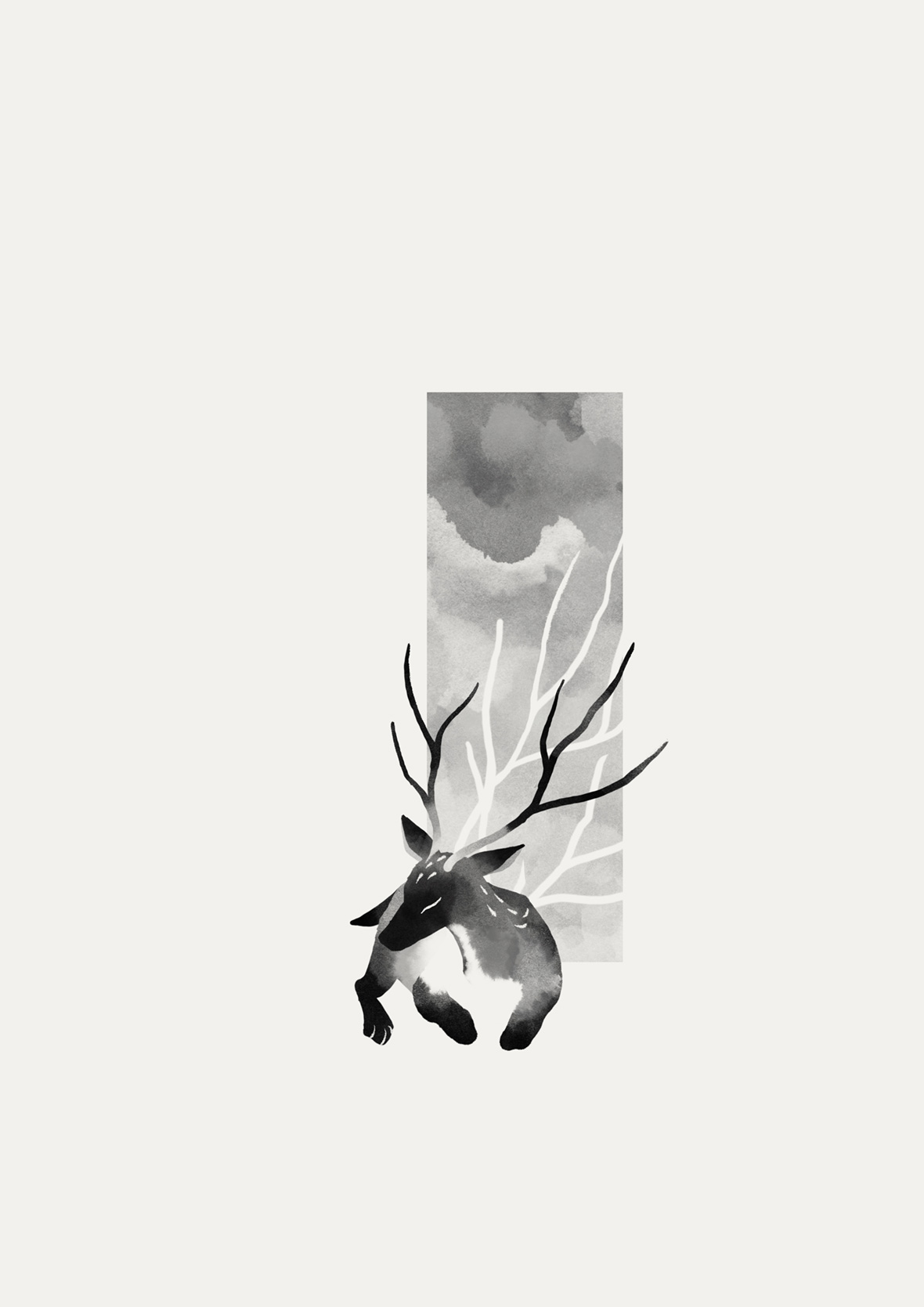 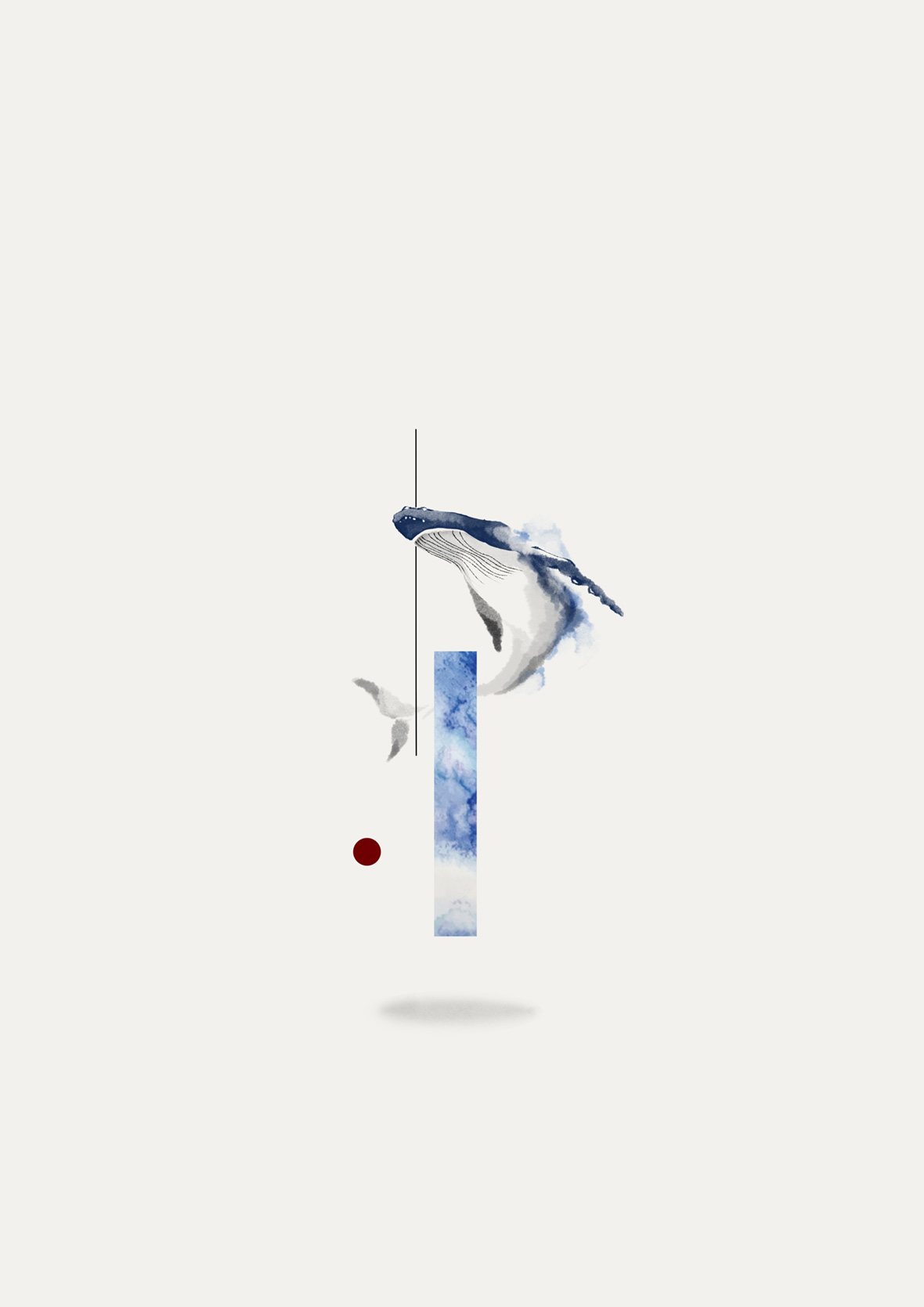 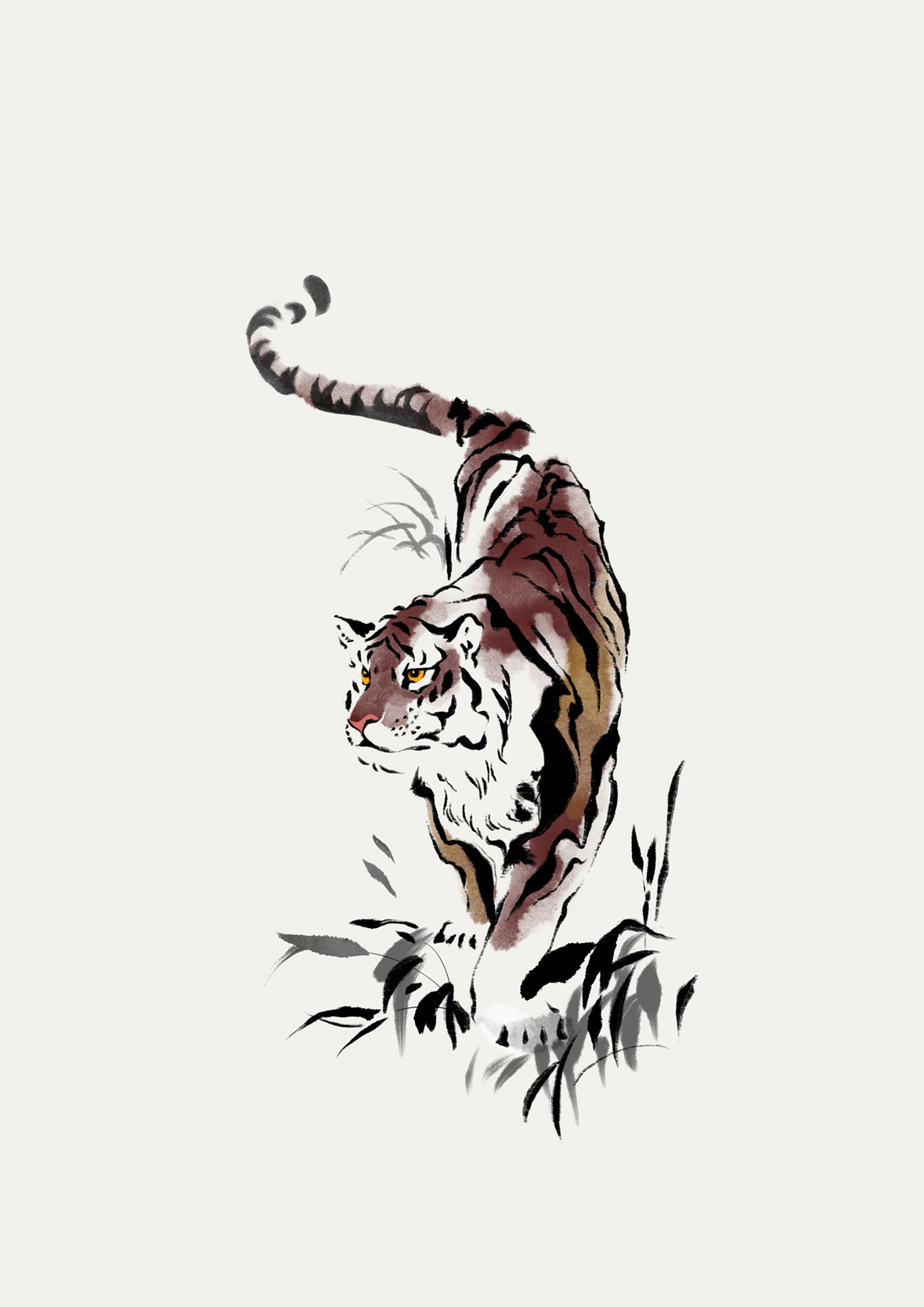 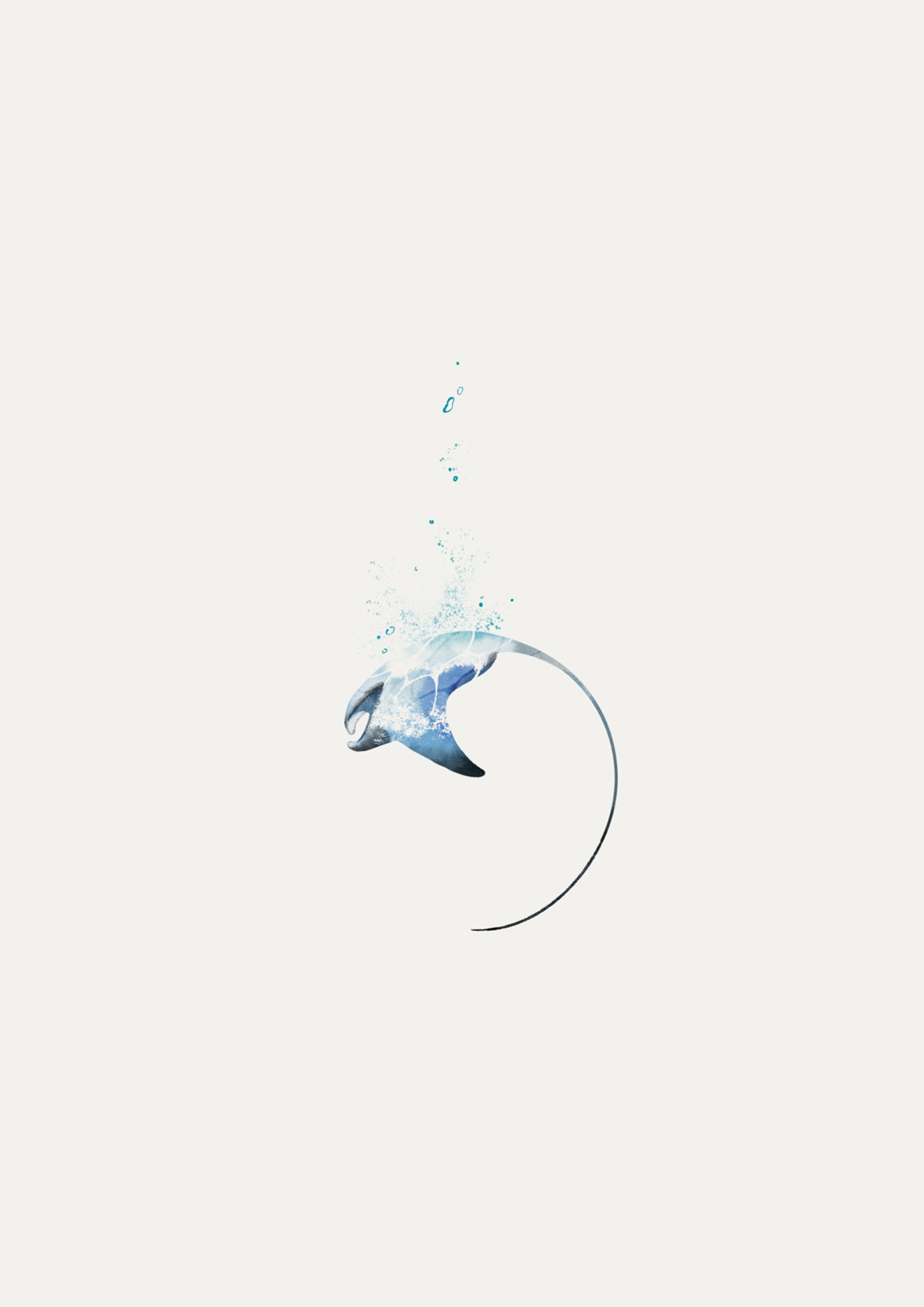 Although her art is populated by animals commonly associated with East Asian art—such as dragons, tigers, and magpies—Yeonho believes that it would be inappropriate to characterize her tattoos solely as East Asian, a mistake that many make.

“My art can be categorized as ‘watercolor tattoos,’ and I think this style together with my animal themes lead people to associate my work with East Asian art,” she says. “But I am not familiar with its traditions, nor did I try to adhere to them.” Yeonho has little interest in limiting her artistic expressions by strictly adhering to traditions, but at the same time, she believes in paying homage to the art of her culture. “I think it’s best to say that my tattoos are just what I draw, but that it resembles East Asian art, which I grew up with.” 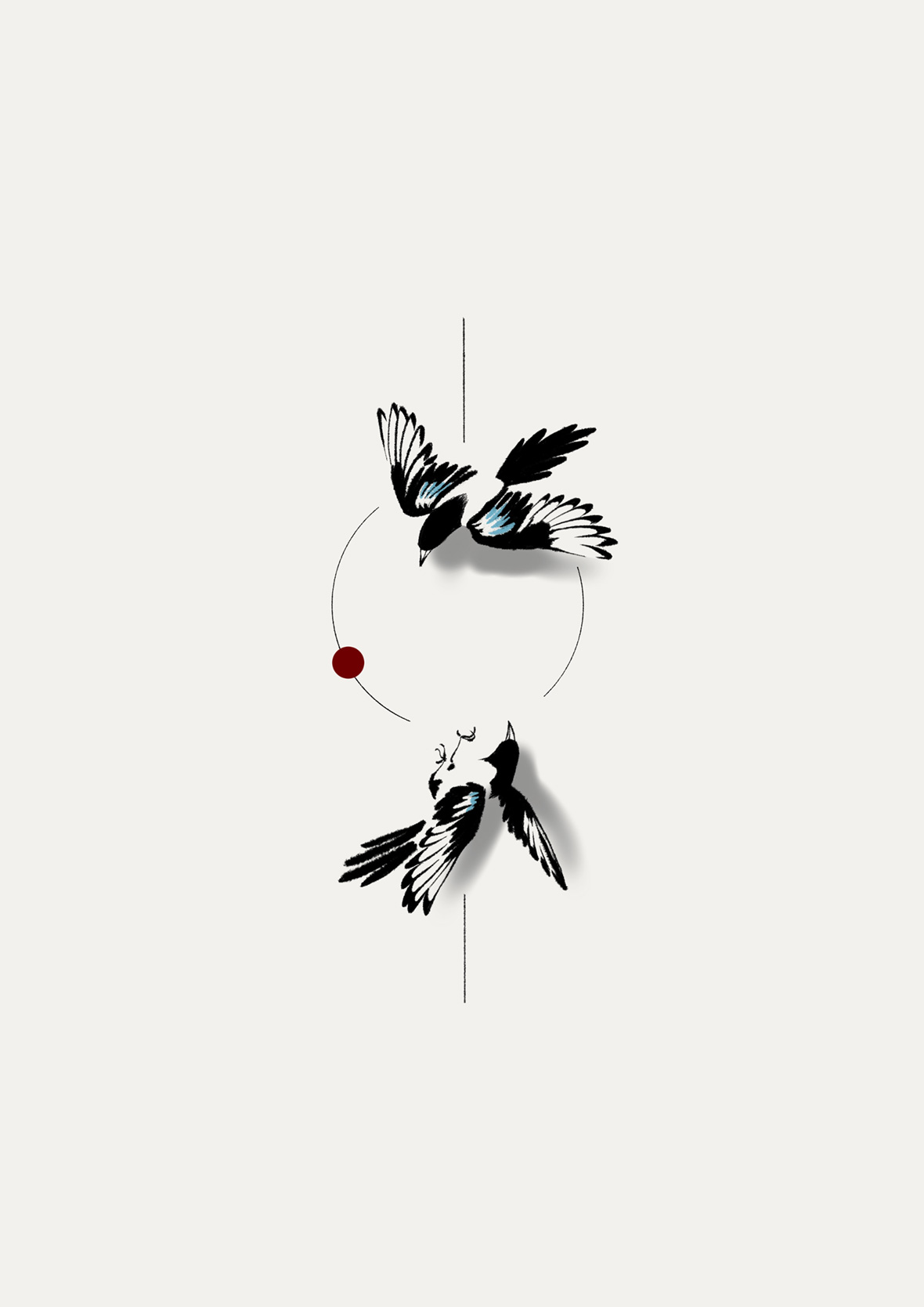 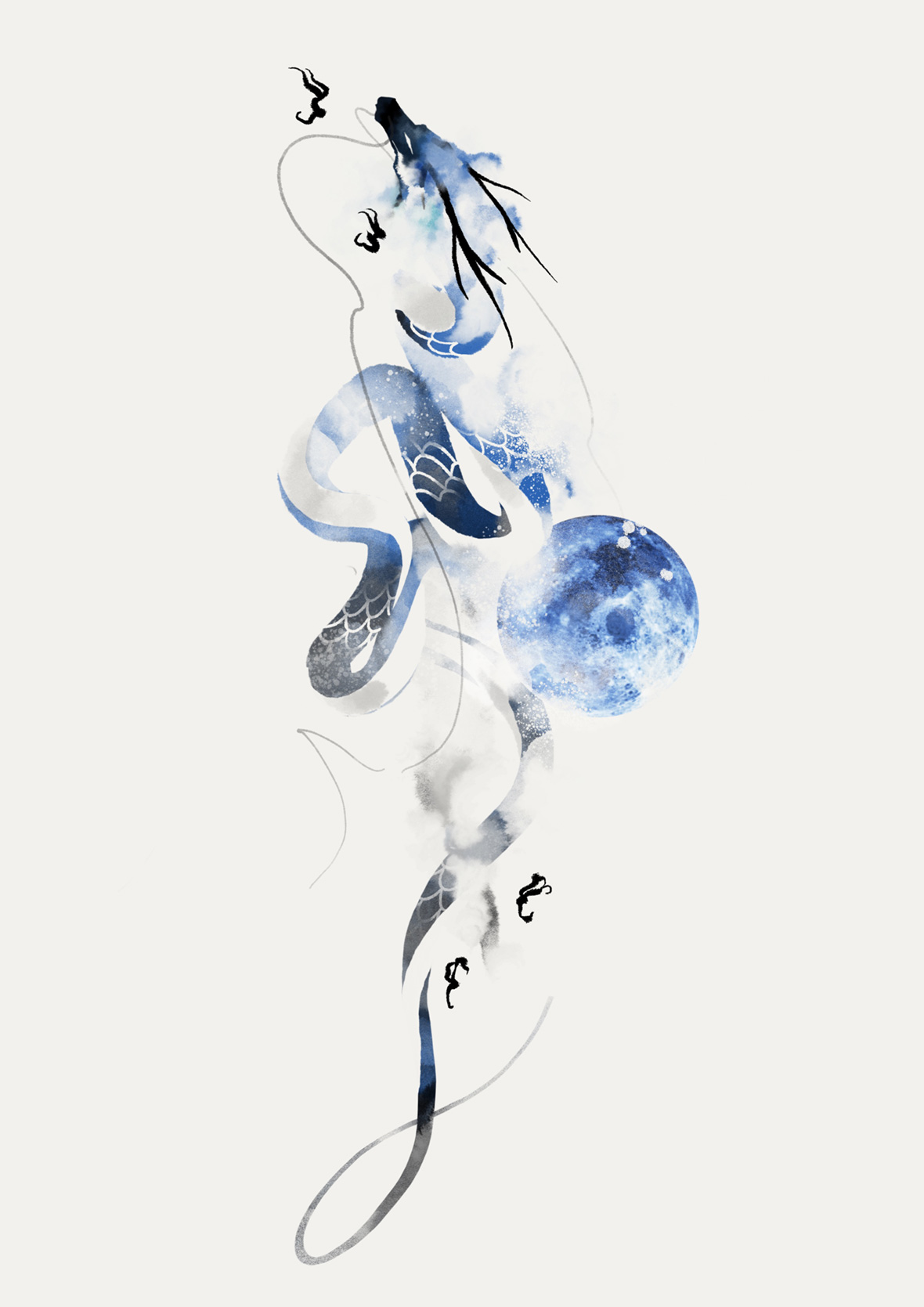 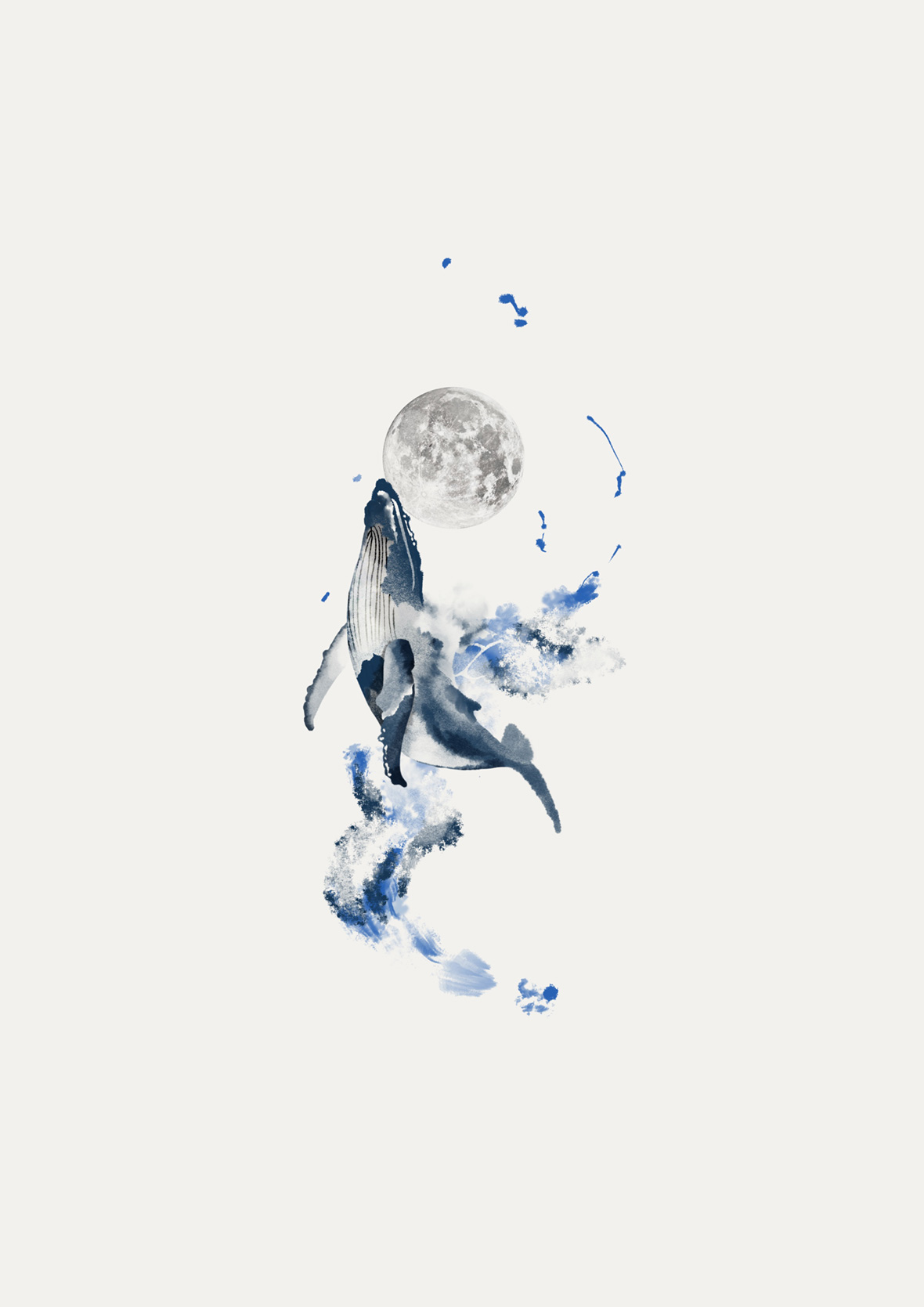 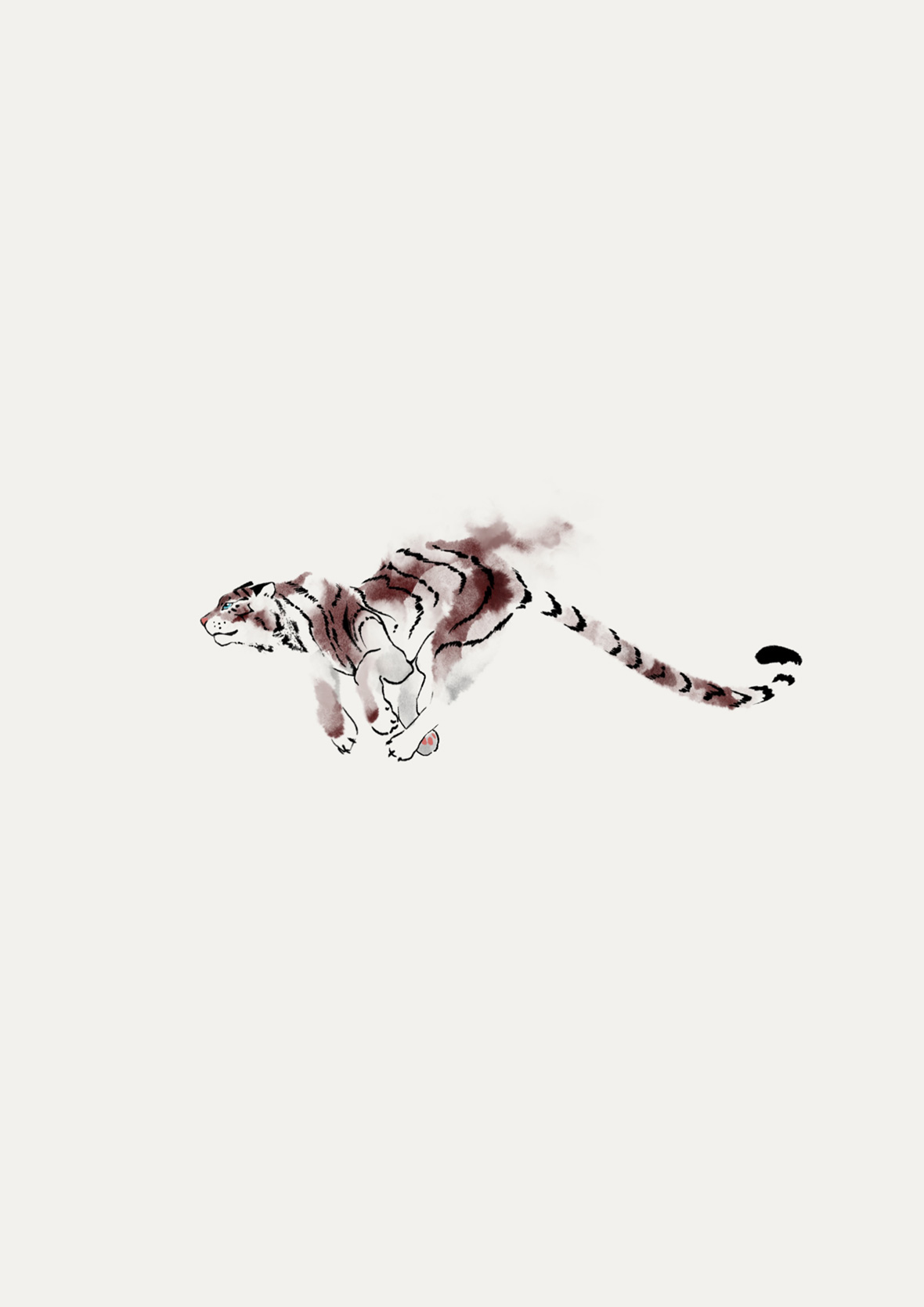 In fact, the two artists who Yeonho considers as her biggest influences do not hail from East Asian traditions. An illustrator and a sculptor respectively, Teagan White and Ellen Jewett are North American artists who also look to wildlife for inspiration. A sense of movement and the feeling of an untold story are keys to their work—these are the same qualities that Yeonho believes are instrumental to her tattoo art. “As a fellow animal lover, I also try to give each of my tattoos a unique narrative,” she notes. 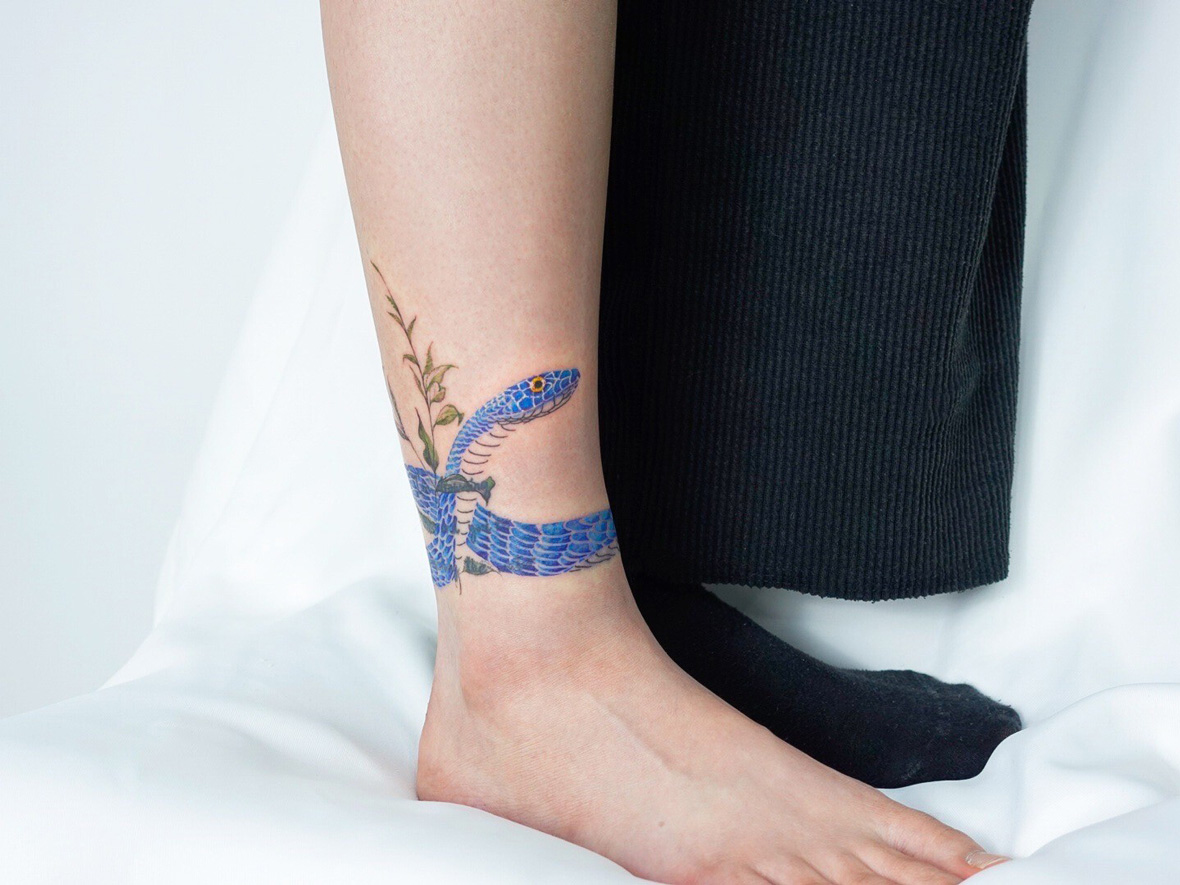 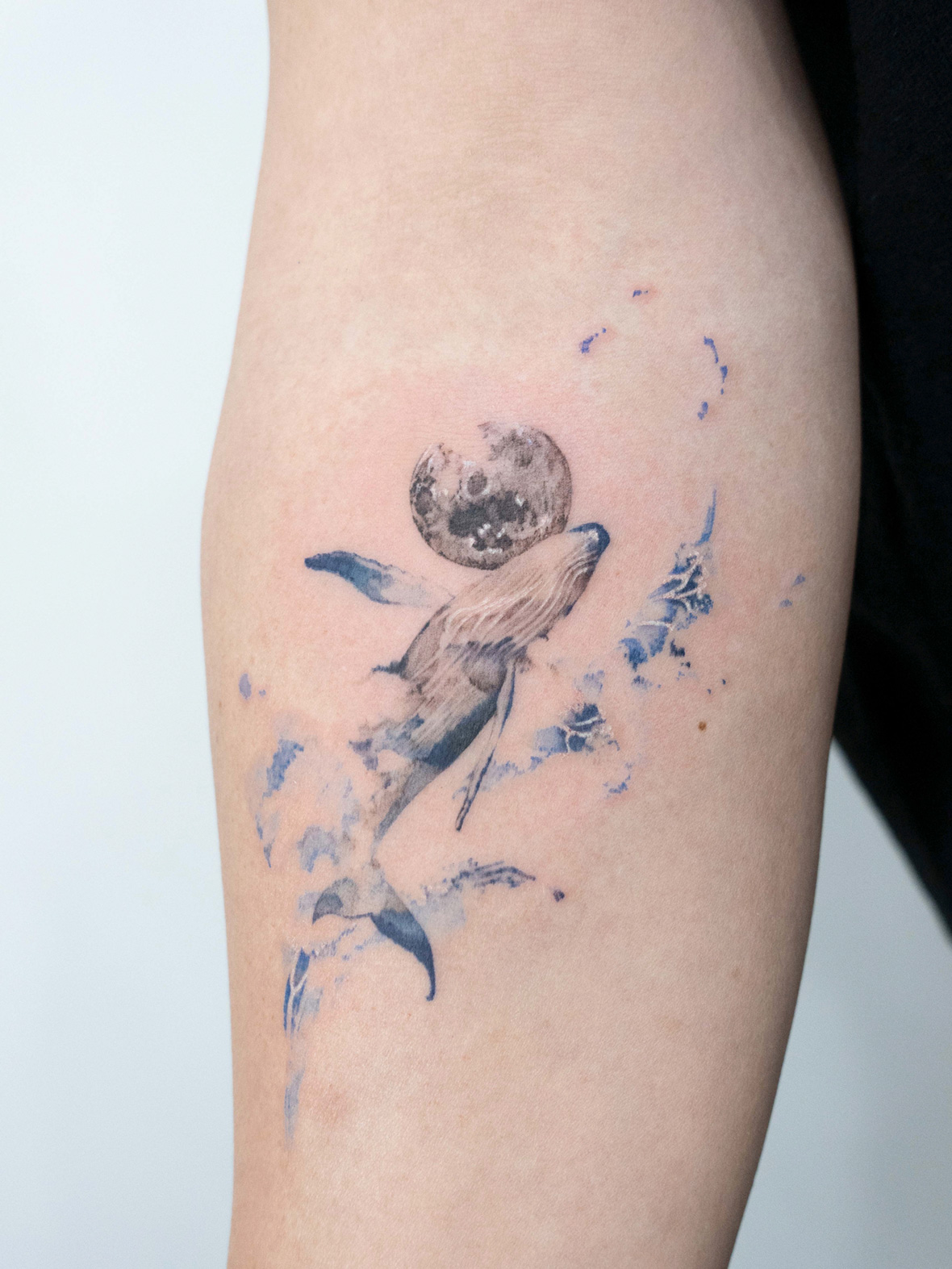 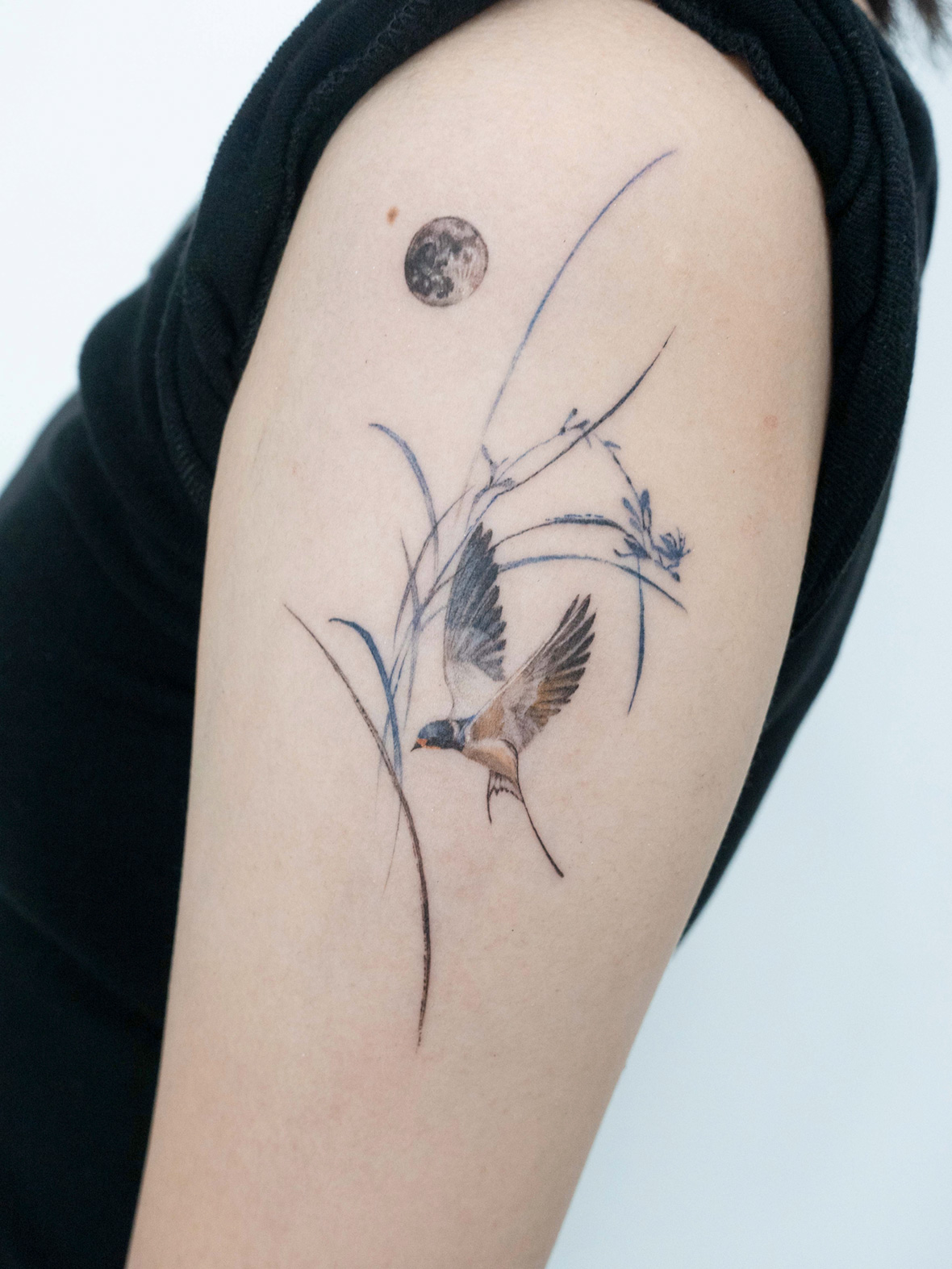 Yeonho likes to think of her animals as protective companions. When she tattoos an animal on a person’s legs, she imagines it accompanying the client on a walk in the future. When she tattoos an animal on a person’s back, she imagines it as a bodyguard keeping a vigilant eye out on the individual. “I want every one of my clients to leave my shop feeling supported by their new friend,” she smiles. “I even ask clients to name the animal at the end in hopes that it will really bring them to life.”