“He asked me to be his girlfriend. I thought it was too soon. Like, we had been talking for just a week. Then he cried, tears fell down his face. I didn’t know what to do. I’d never had a boyfriend. So I was like, well, okay then.”

Naive confessions, ambiguous interactions, foolish first loves: as we’re reliving our youth through the people on screen, a pair of hands suddenly enters the frame with a yell of “Cut!” abruptly interrupting the story.

#BKKY is a creatively shot narrative documentary by Nontawat Numbenchapol. The four letters of the title stand for Bangkok Youth, and in making the film, the director interviewed a hundred 17- to 20-year-olds living in Bangkok from across the gender spectrum. In front of the camera, they open up about how they see their youth, their dreams, and their struggles. Drawing on these interviews, the film introduces a character named Jojo, blending fiction and reality and breaking with traditional modes of storytelling. 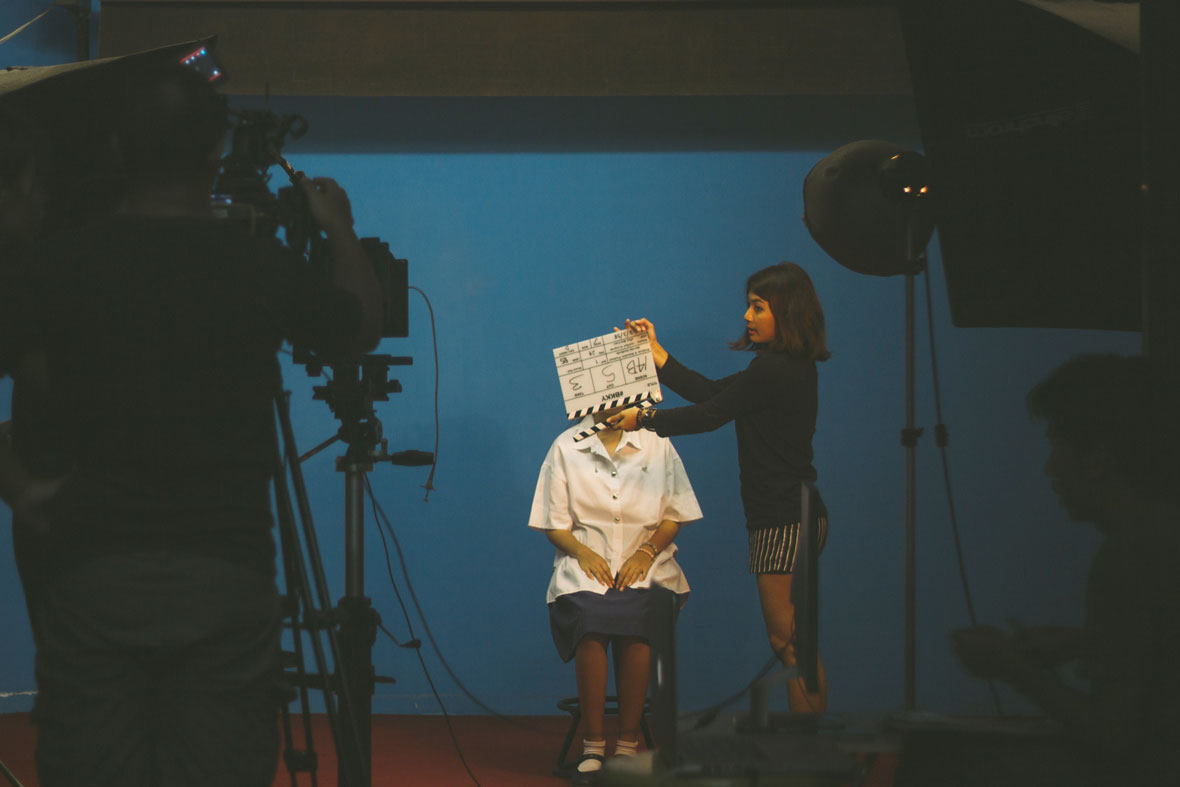 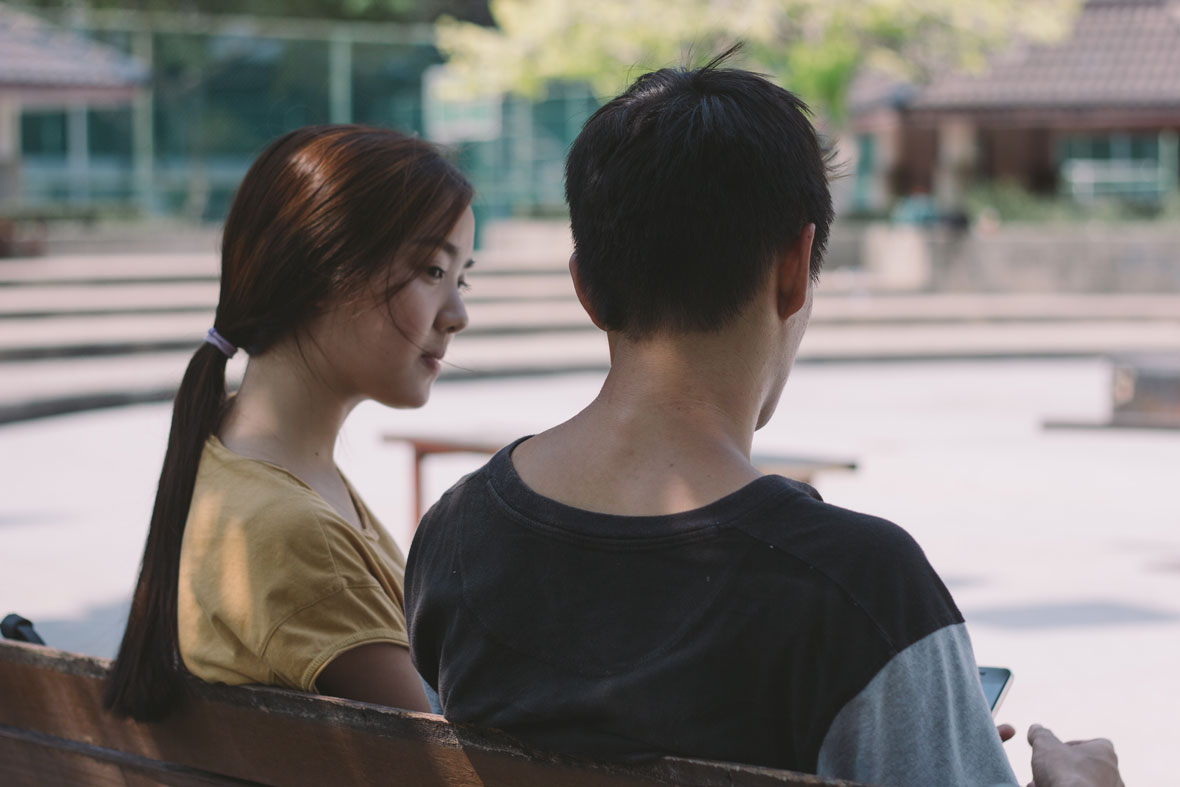 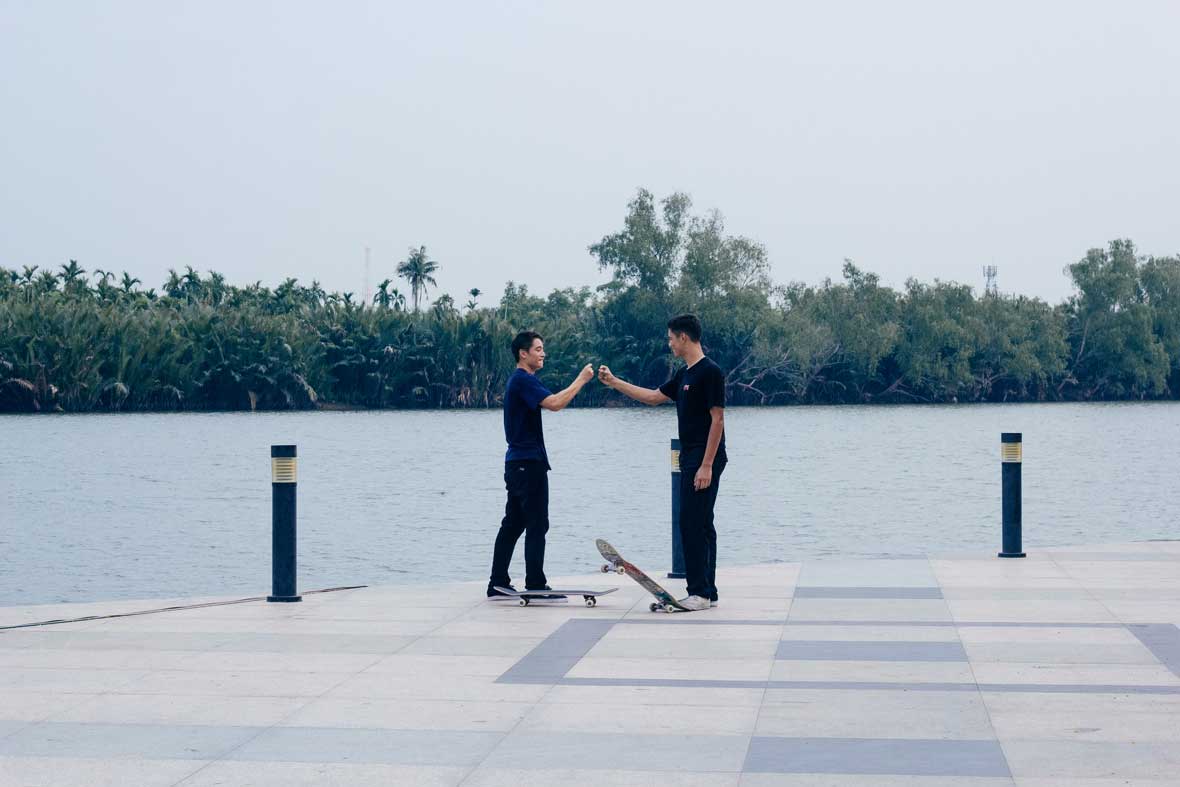 Numbenchapol’s first documentary, Boundary, focuses on the border between Thailand and Cambodia, while his second, By the River, takes a look at the mining industry. “The feature documentaries I made were very political and very serious, so no young people in Thailand went to see them,” he says. “That’s how I got the idea to make #BKKY, a documentary for teenagers. I really wanted to be up to date on what’s going on nowadays. It’s kind of my area of research.”

To find people to interview, he crisscrossed Bangkok, going to schools, malls, anywhere young people hang out. Out of everyone he interviewed, the one who made the biggest impression on him was Jojo, whose story inspired the course of the entire film. “She’s very open, clever, and lively, and her gender is very fluid as well,” notes Numbenchapo. “When she told me she’d been keeping a diary for several years, I asked her if I could read it, and she said yes! I was so inspired that I started writing a script, mixing it with the other interviews.” 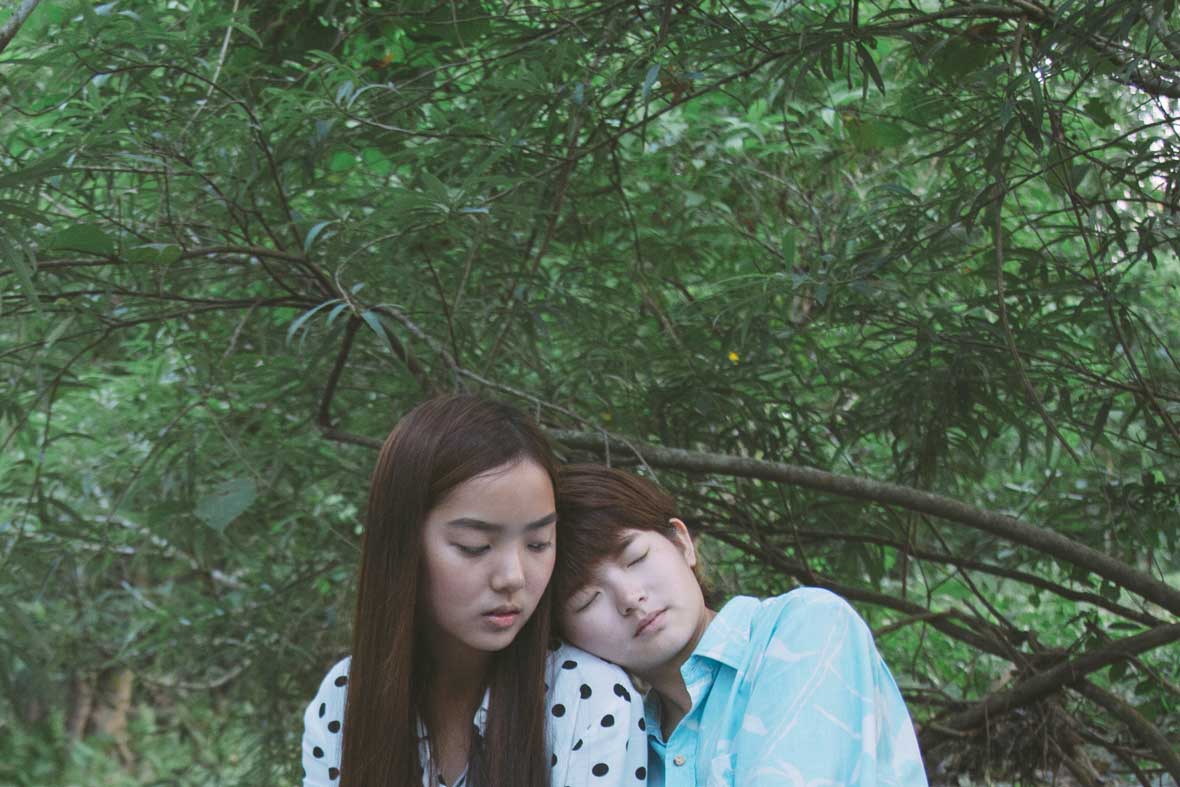 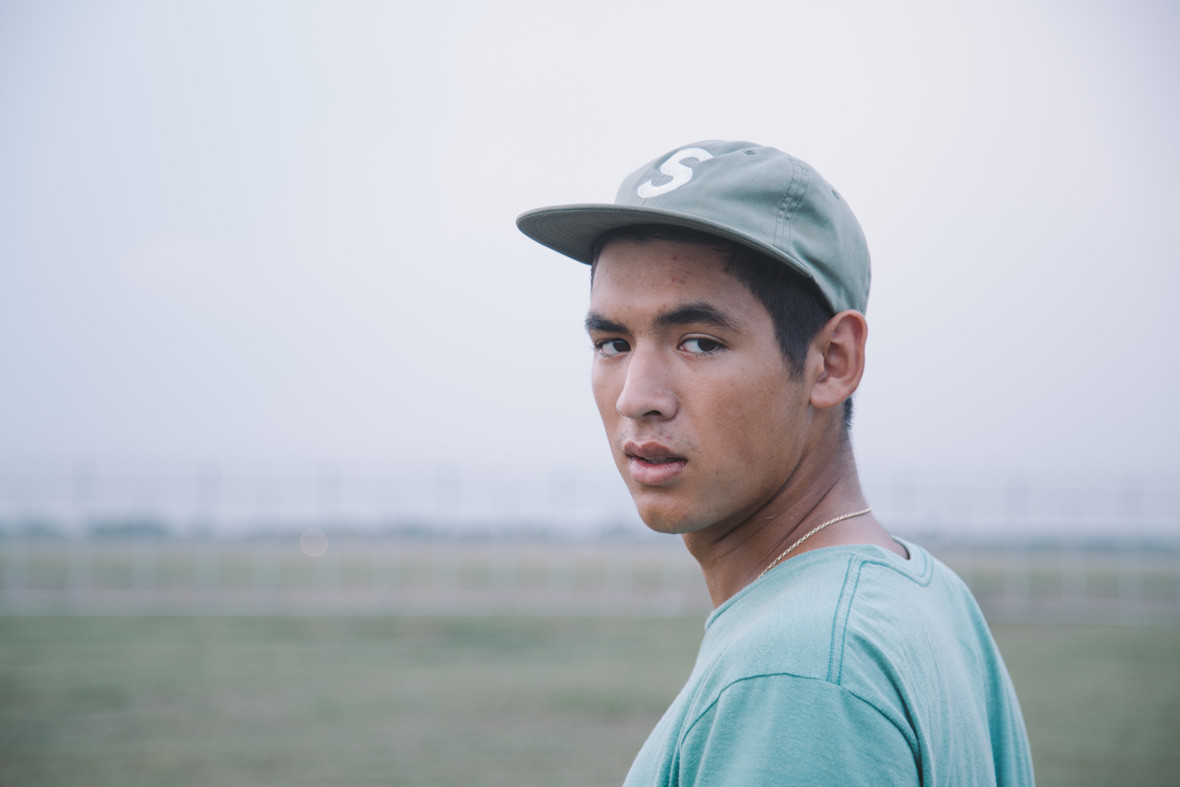 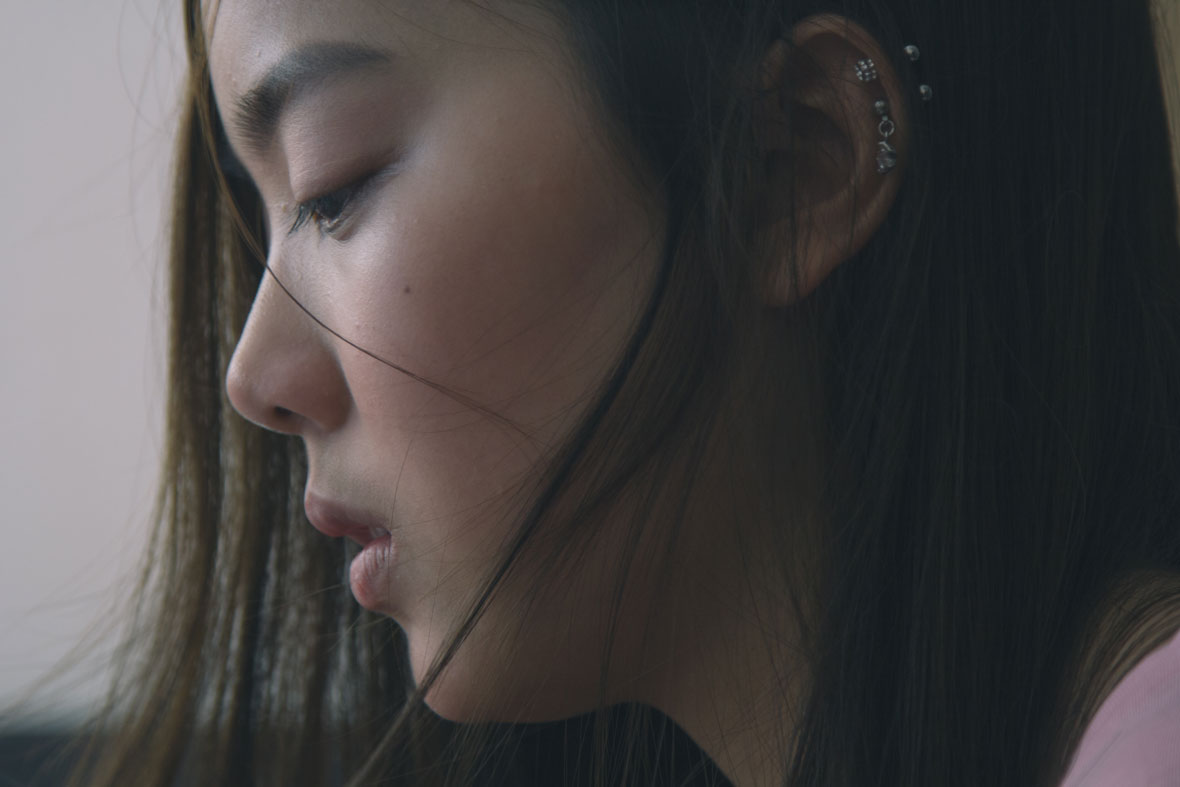 Through the film, we can see the most open-minded side of today’s Thai youth. Their fluid sexual orientation and gender identities reveal the diversity of romantic and sexual relationships in contemporary Thailand. But this open-mindedness is not welcome everywhere. To conform to traditional values, many people still choose to live hidden lives. As a boy in the film who dreams of changing his sex asks, “If other boys found out I was trans, what would they think?” 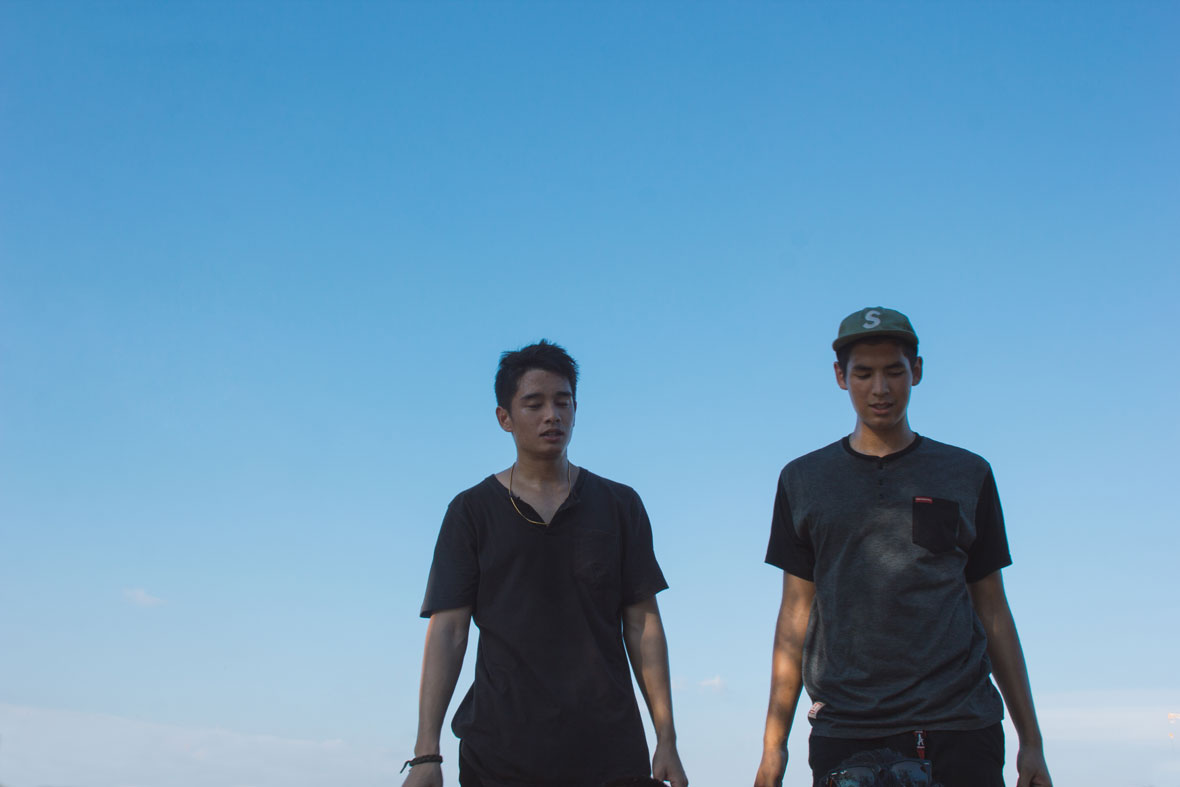 In Numbenchapol’s view, Thai society today is very open. “Maybe that’s because of the internet and social media,” he speculates. “Every young person is unique, and they all have many choices. That’s very different from my generation. We had no choices, and we were always told what to do and what not to be by parents or teachers. And everyone looked the same. But now young people are very different, even though parents, schools, and the media are still the same, conservative and not very open. Sometimes I feel they have too many choices, and that makes them confused, in gender issue too.” 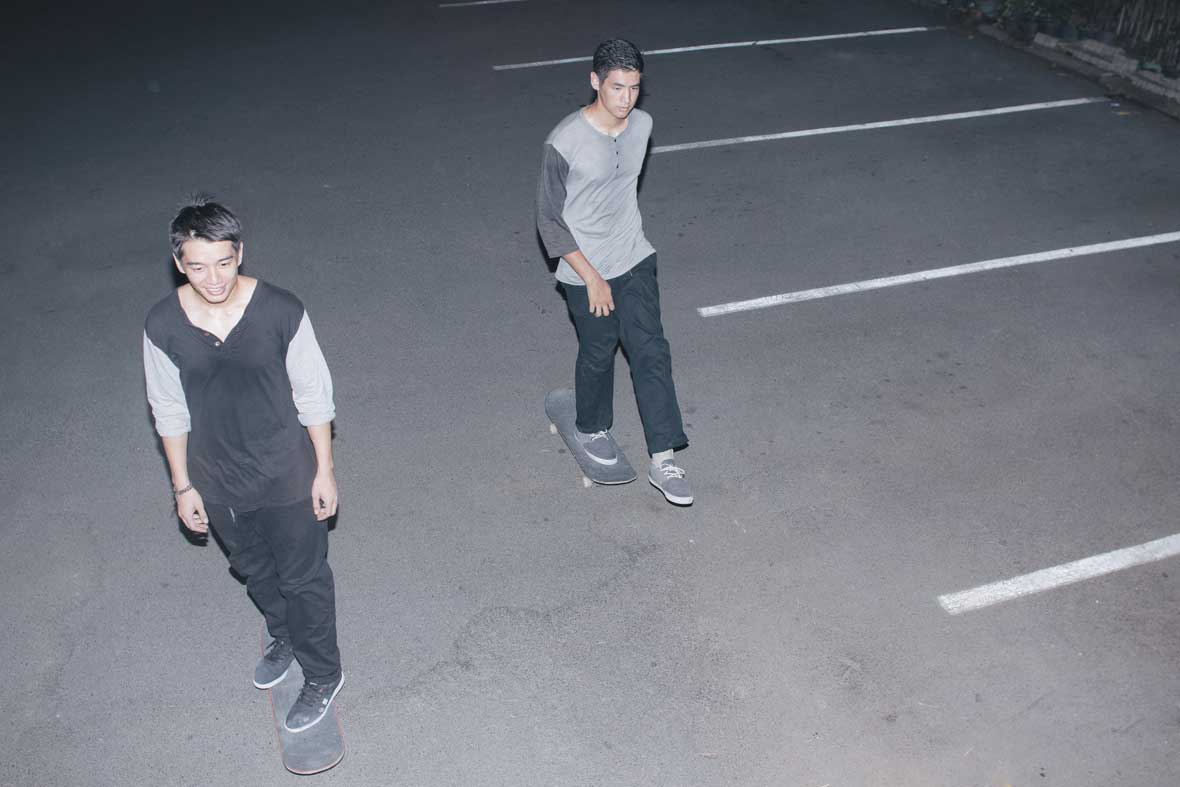 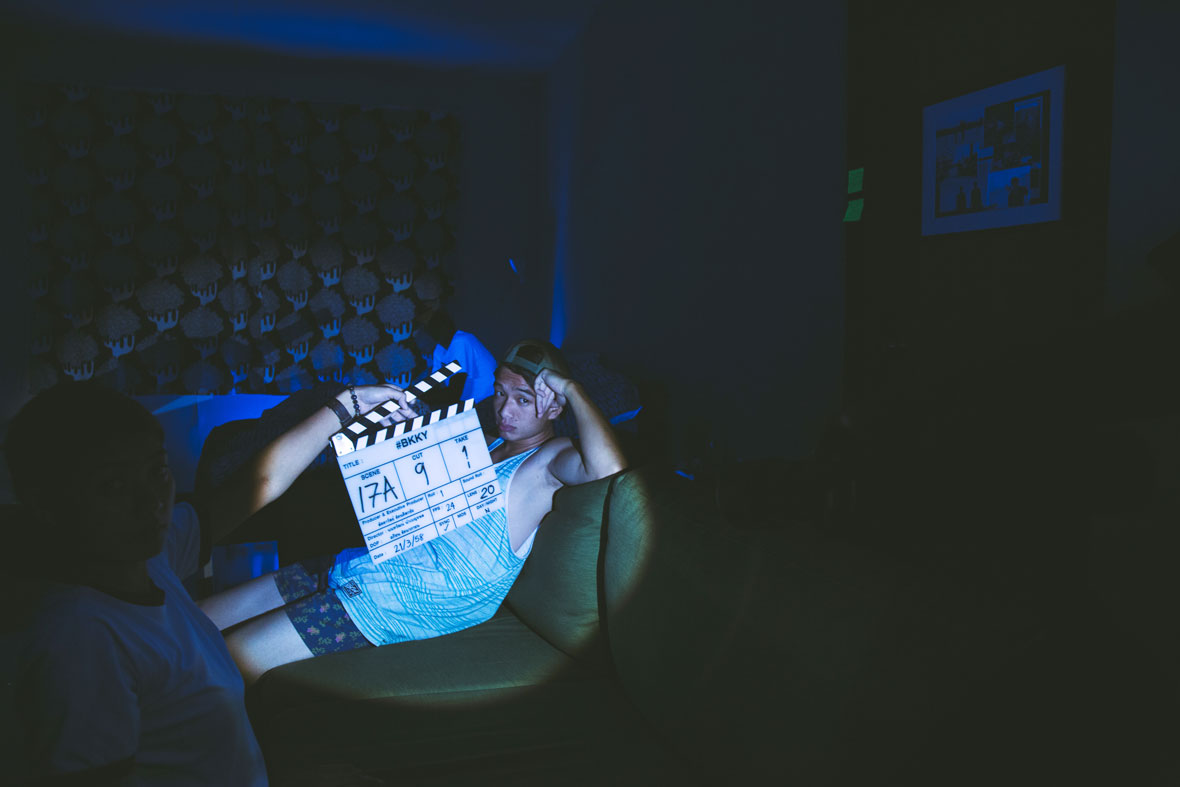 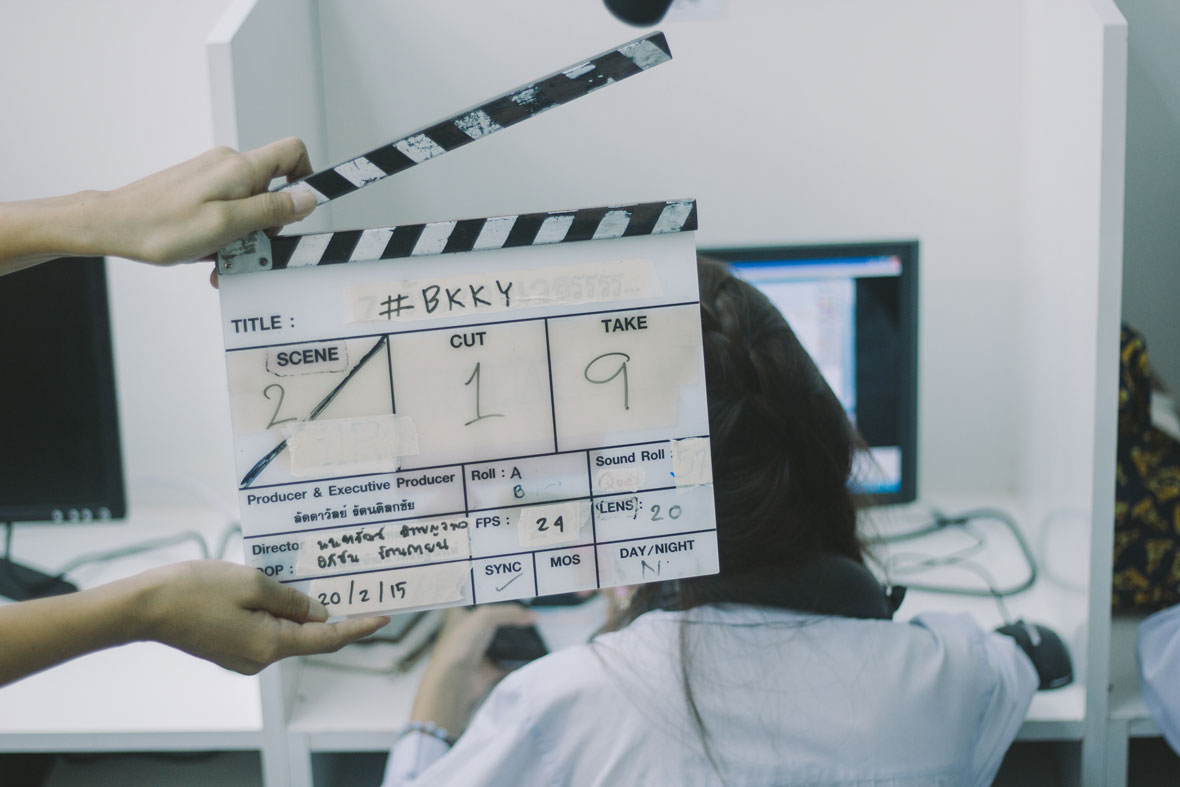 Young people still don’t understand the direction of the future, but compared to those of us who have already grown up, they seem fearless. So what does growing up mean? In the film, the interviewees all offer different explanations.

“I don’t know. I’m not sure if people actually discover themselves before they die.”

“I really don’t know what my passion is. Some adults also haven’t figured that out.”

“I didn’t set my dreams too high. I just live my life. Growing up is just having a family, having kids, just working or hanging out sometimes,” he muses.

They express some concern, but they still face themselves honestly, and they accept without guilt those deepening desires that come with growing up. Standing before the unknown, they nevertheless opt to be calm, and perhaps this nonchalance is a sort of rebellion unique to youth, a way for them to fight against the system. 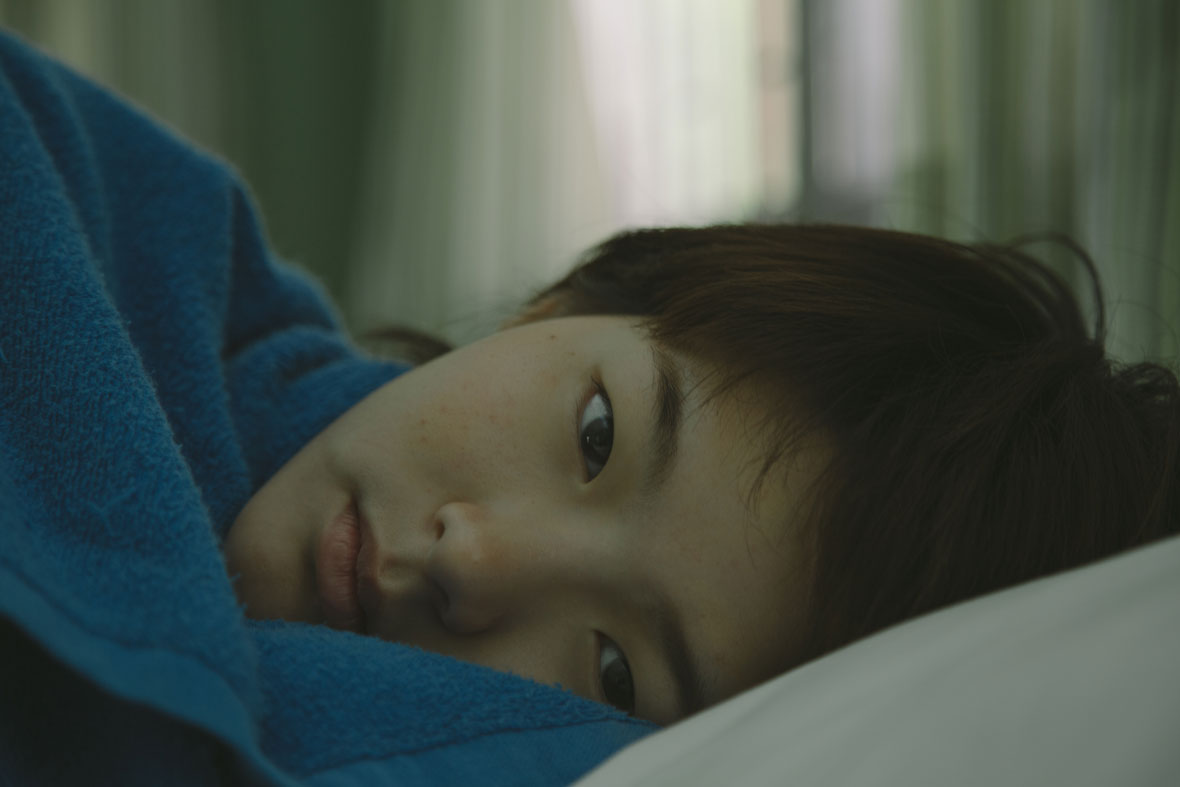 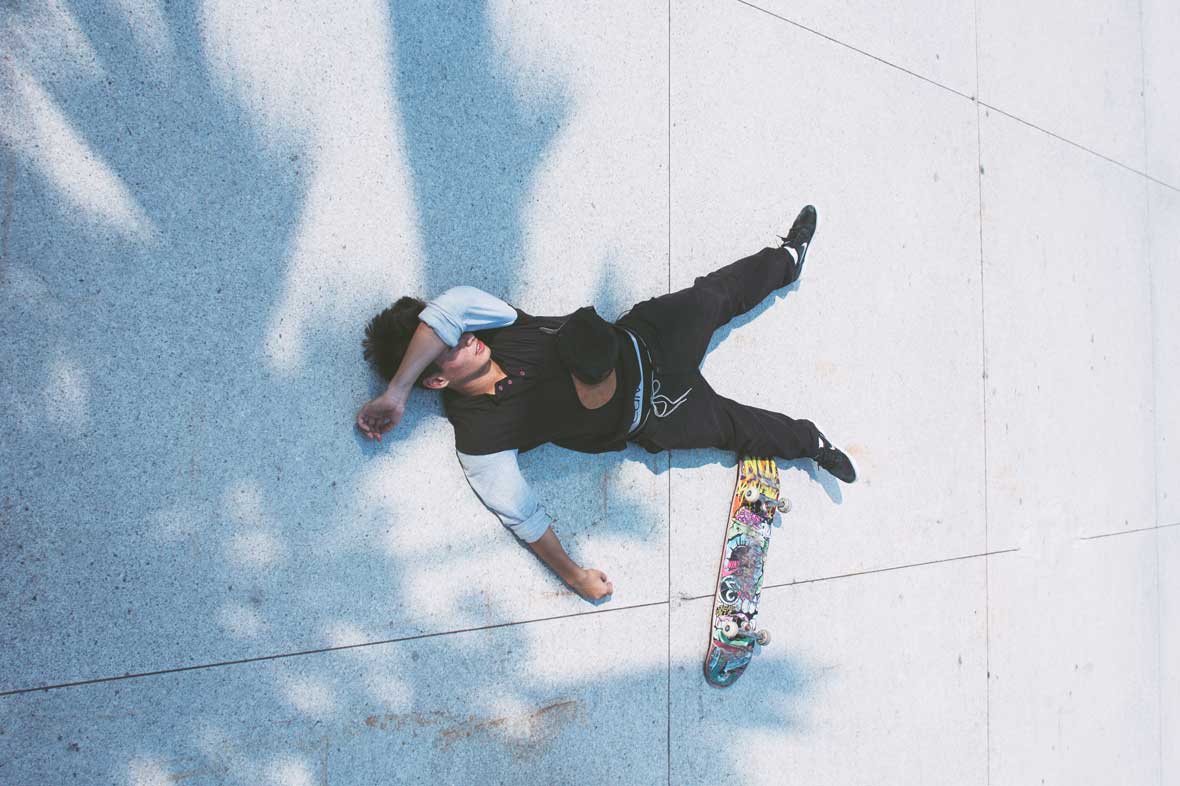 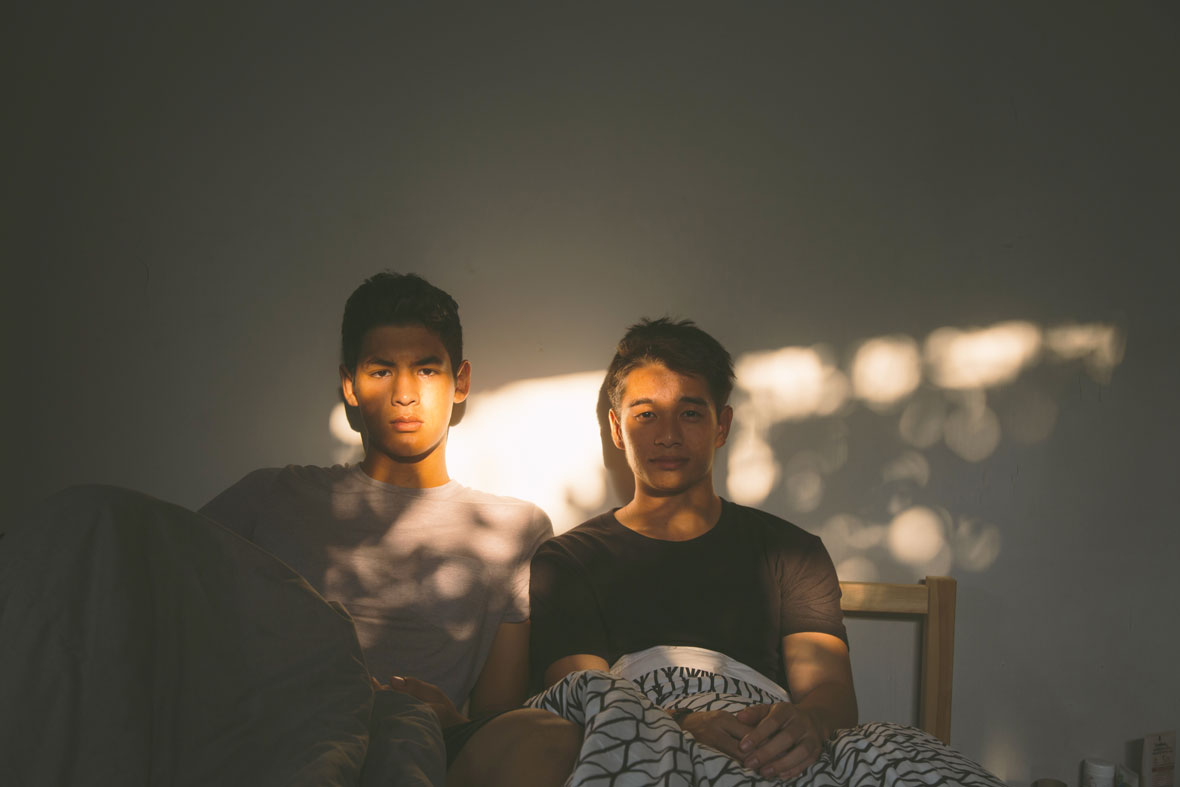