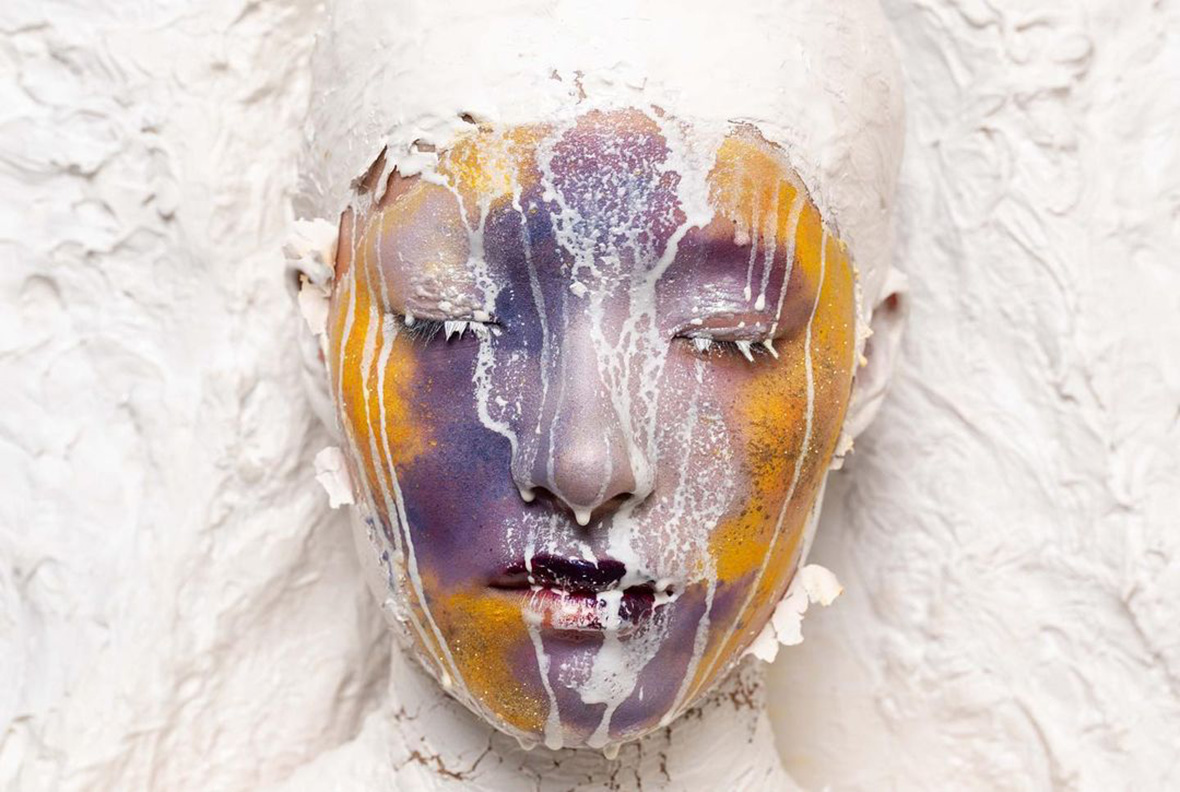 The world is a canvas, and with the right colors, you can reshape reality. To Gao Shan, colors carry a certain sensuality, and an artist’s palette choices can be incredibly revealing of their inner world. With these philosophies in mind, the Chinese artist has created a body of work populated by human faces coated in a wide spectrum of colors. “I want audiences to reflect on homogenization and heterogeneity,” he explains of the broader themes in his work. “Every individual is different, and every individual is free to construct their own world, a place in their consciousness that exists outside the pretensions of the external world.” 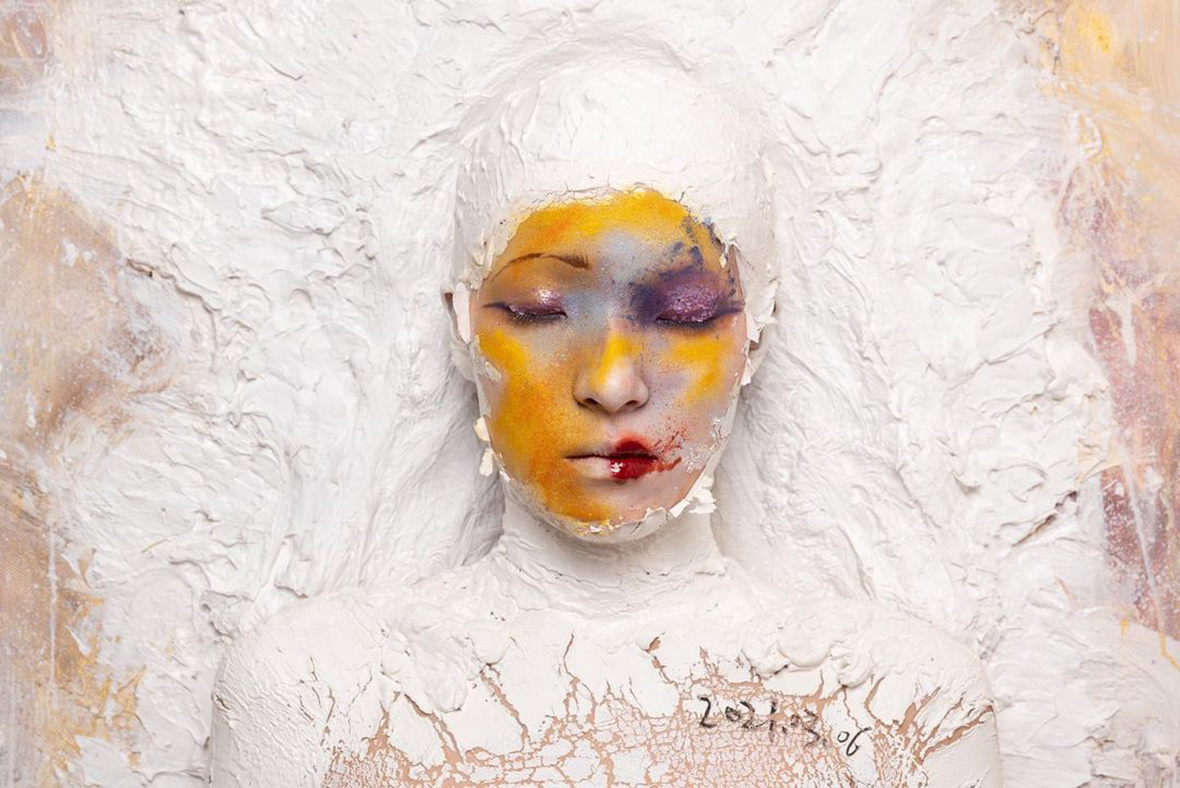 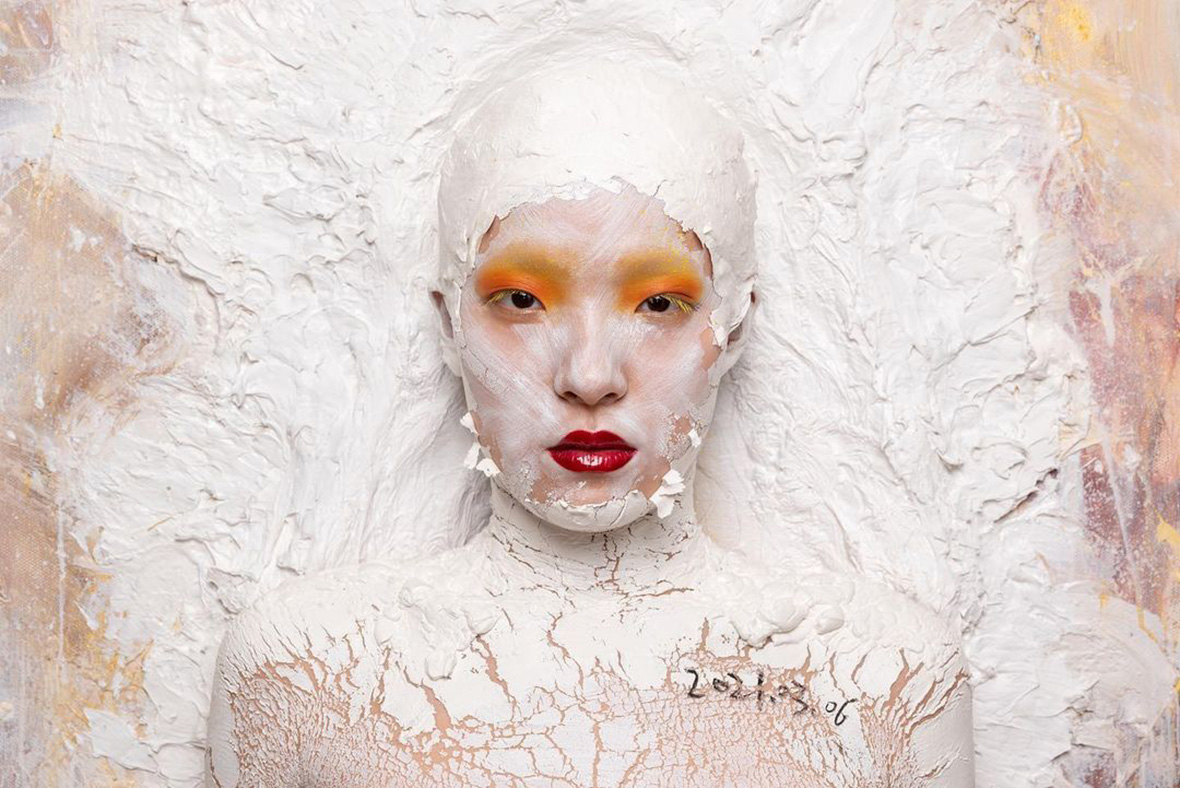 Gao’s idea to use the human face as a canvas isn’t all that unusual when considering his background. Six years prior, Gao worked full-time as a professional make-up artist. He never received formal training in fine art, but his creative flames burned bright. He became infatuated by the expressiveness of the human face, believing that every individual’s demeanor spoke volumes to their experiences and personalities. “For me, the colors I paint onto people aren’t ‘adding’ to their faces,” he notes. “It’s more of a way of subtracting a person’s surface-level emotions, dissecting them to reveal the inner world that they’ve kept hidden away.”

To bring his ideas to life, Gao works with photographers who operate on a similar wavelength. The result of these collaborations is nothing short of visually stunning. 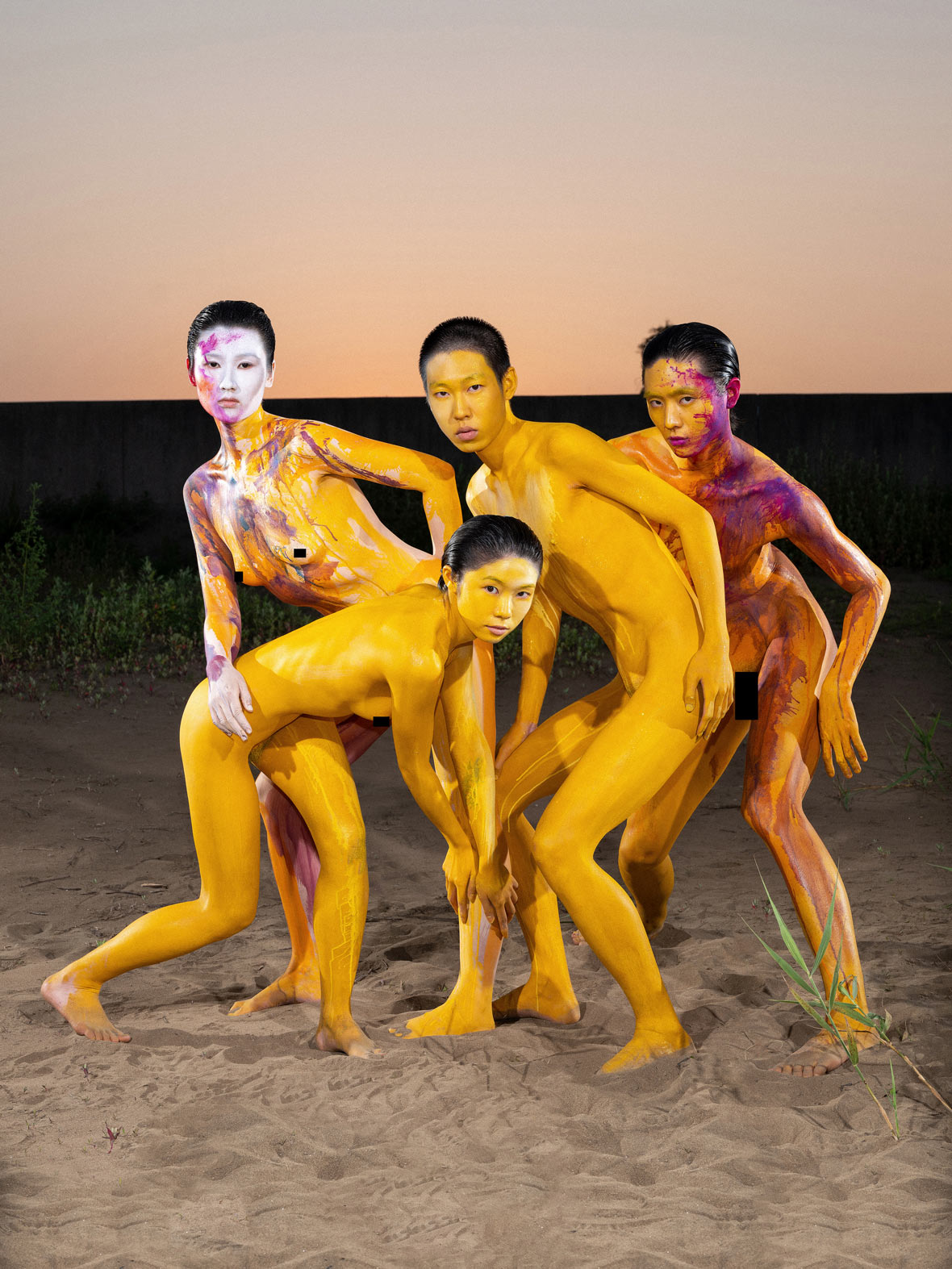 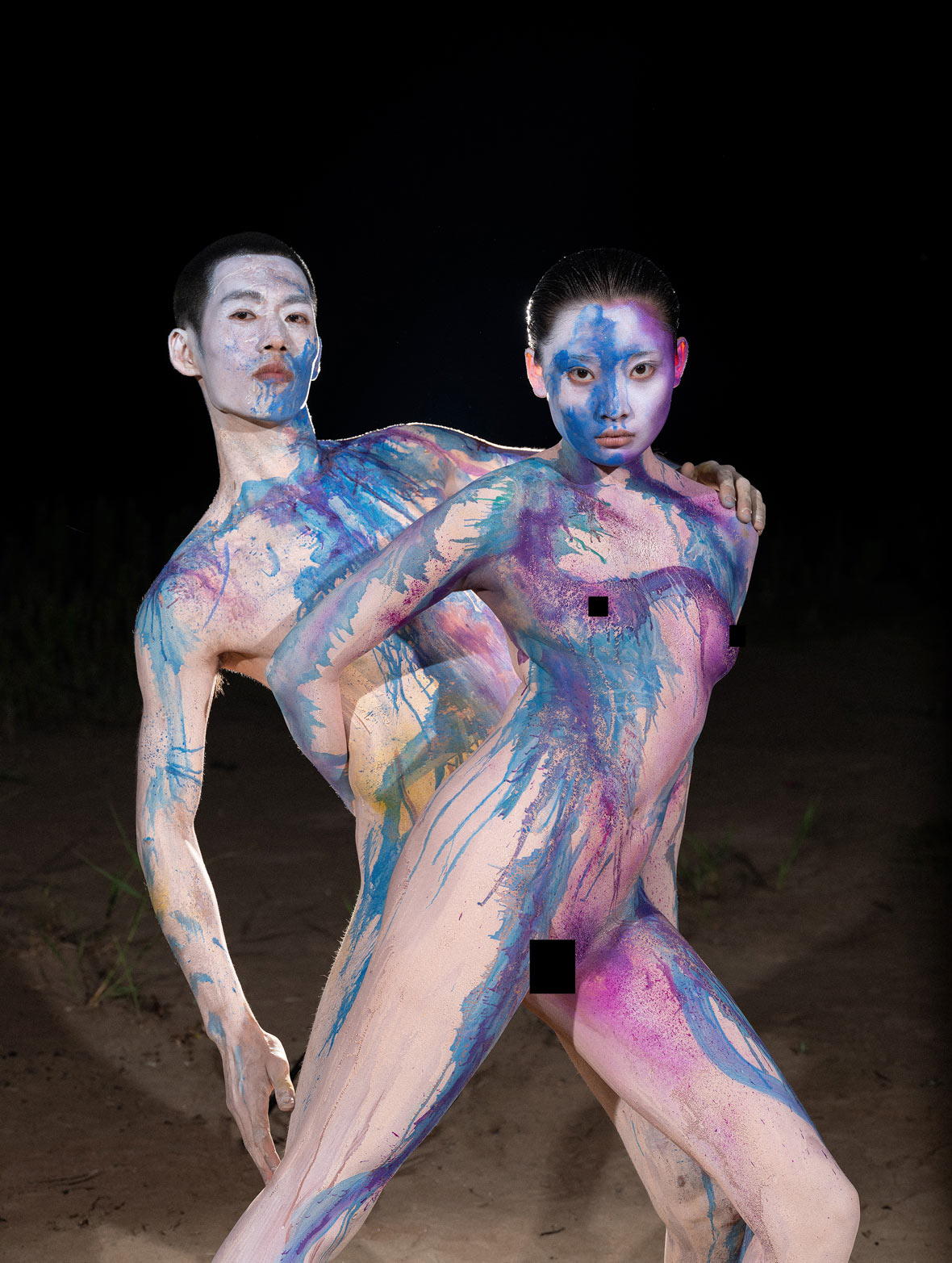 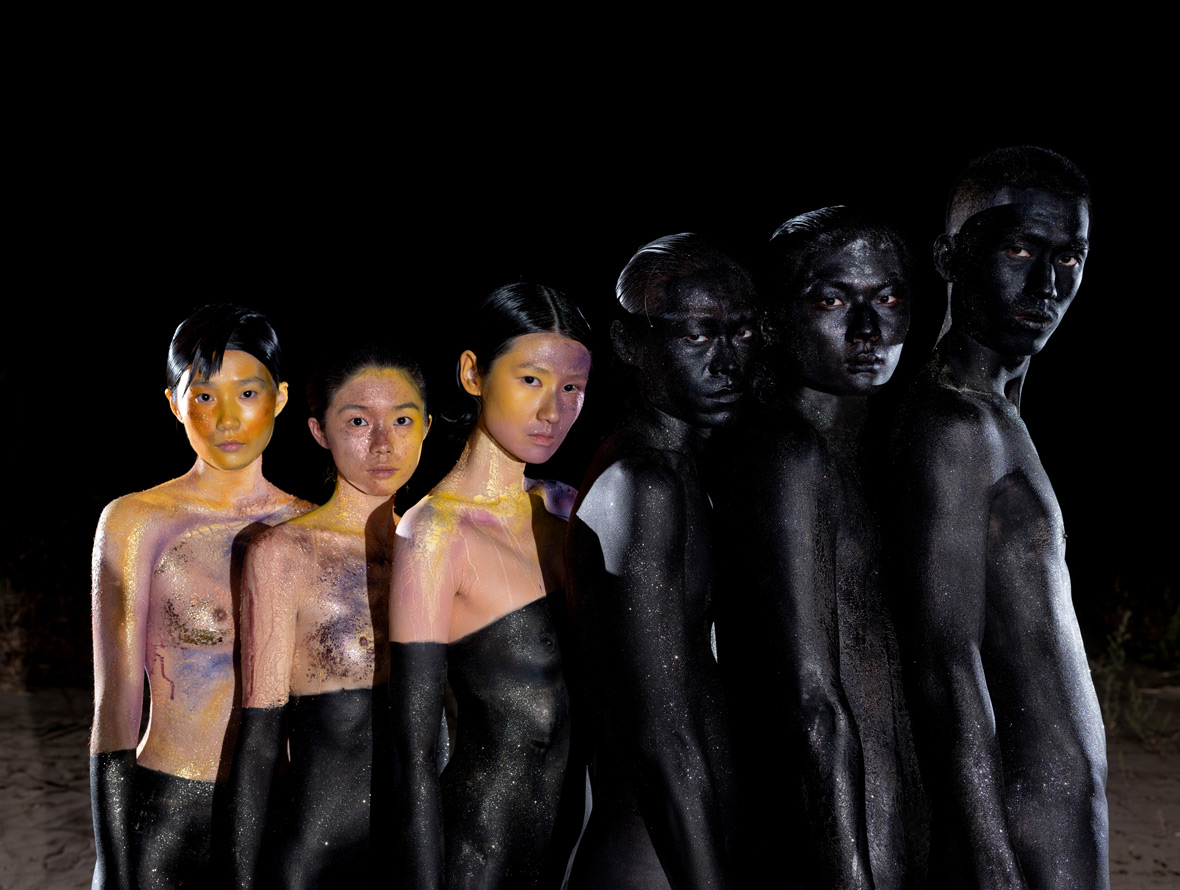 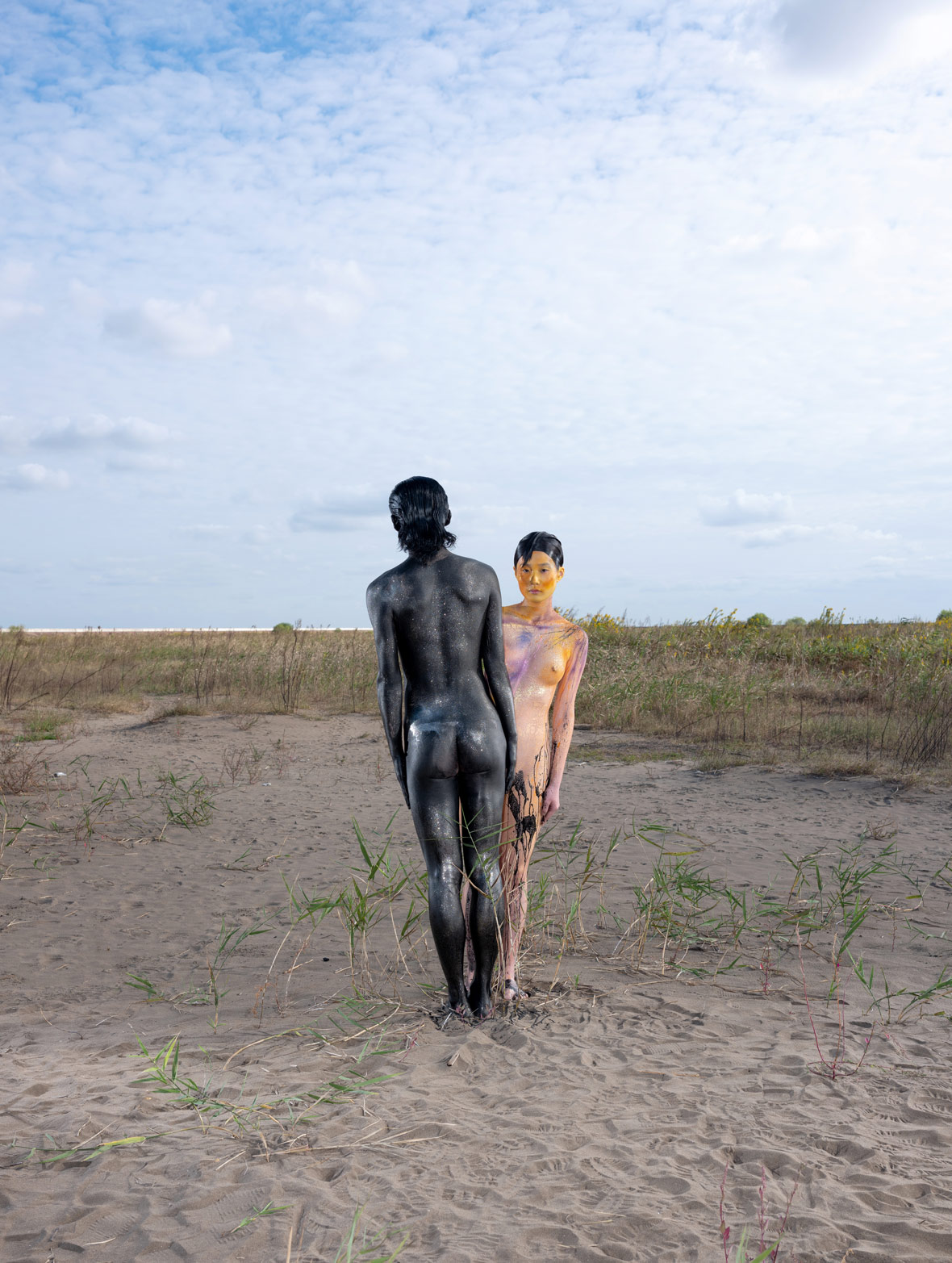 Working at the intersection of make-up art and fine art has made Gao an ideal name for a variety of brand collaborations, but his own projects are where his heart is. Nihilistic, an ongoing series he conceived in 2020, was—as the title suggests—inspired by nihilism, in particular the idea of shedding the shackles imposed by the world and embracing one’s truest self. In a recent extension of the project, he visualizes individual consciousness by smothering his models’ faces in colorful make-up, which is then covered by another layer of paint. These models are then submerged in tubs of water and photographed as their face emerges from the water’s surface. As the outermost layer of paint dissolves, a new layer of color beneath is revealed. With their eyes closed, they seem comfortable with their true colors being shown—unconcerned with the external world. 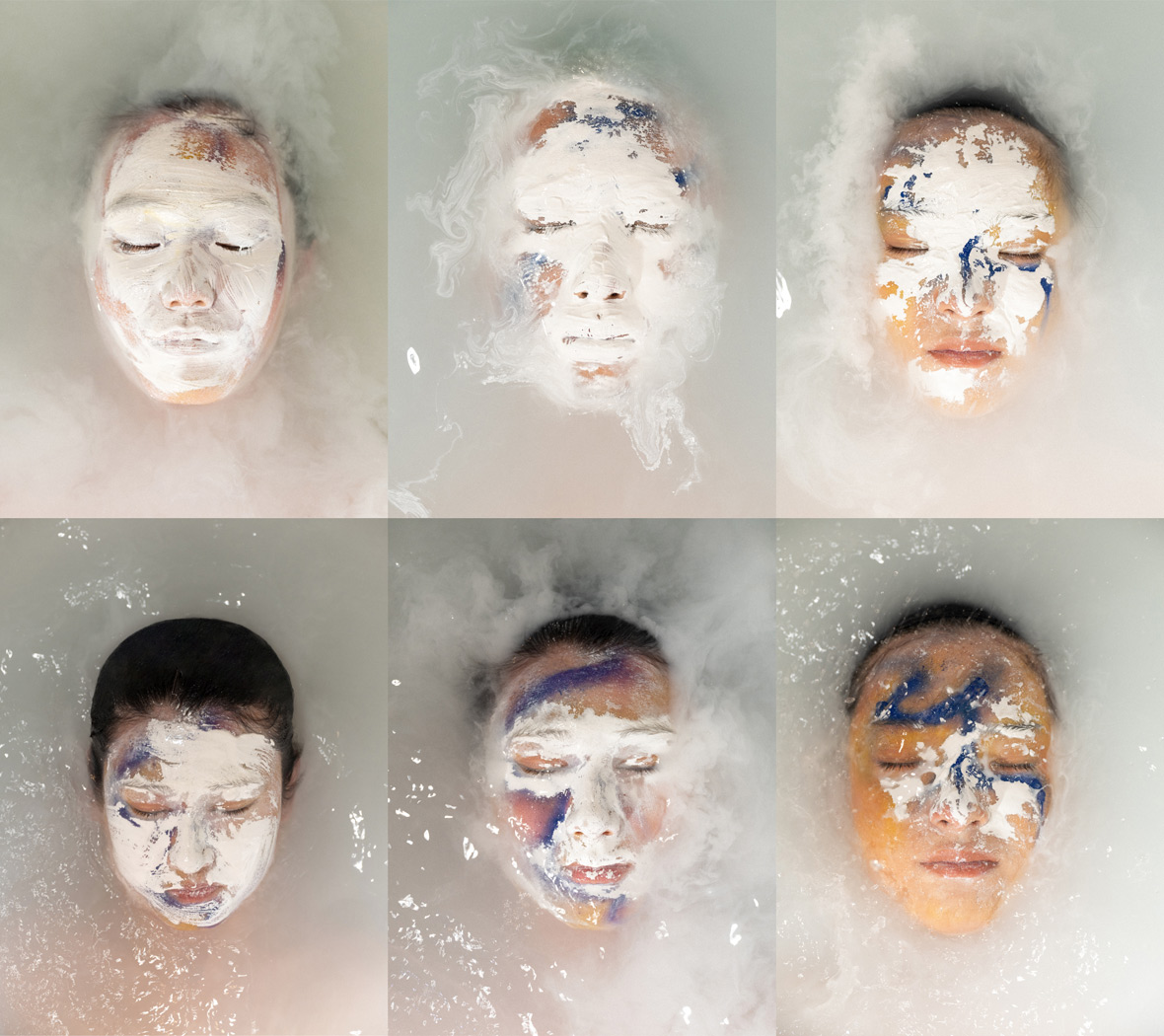 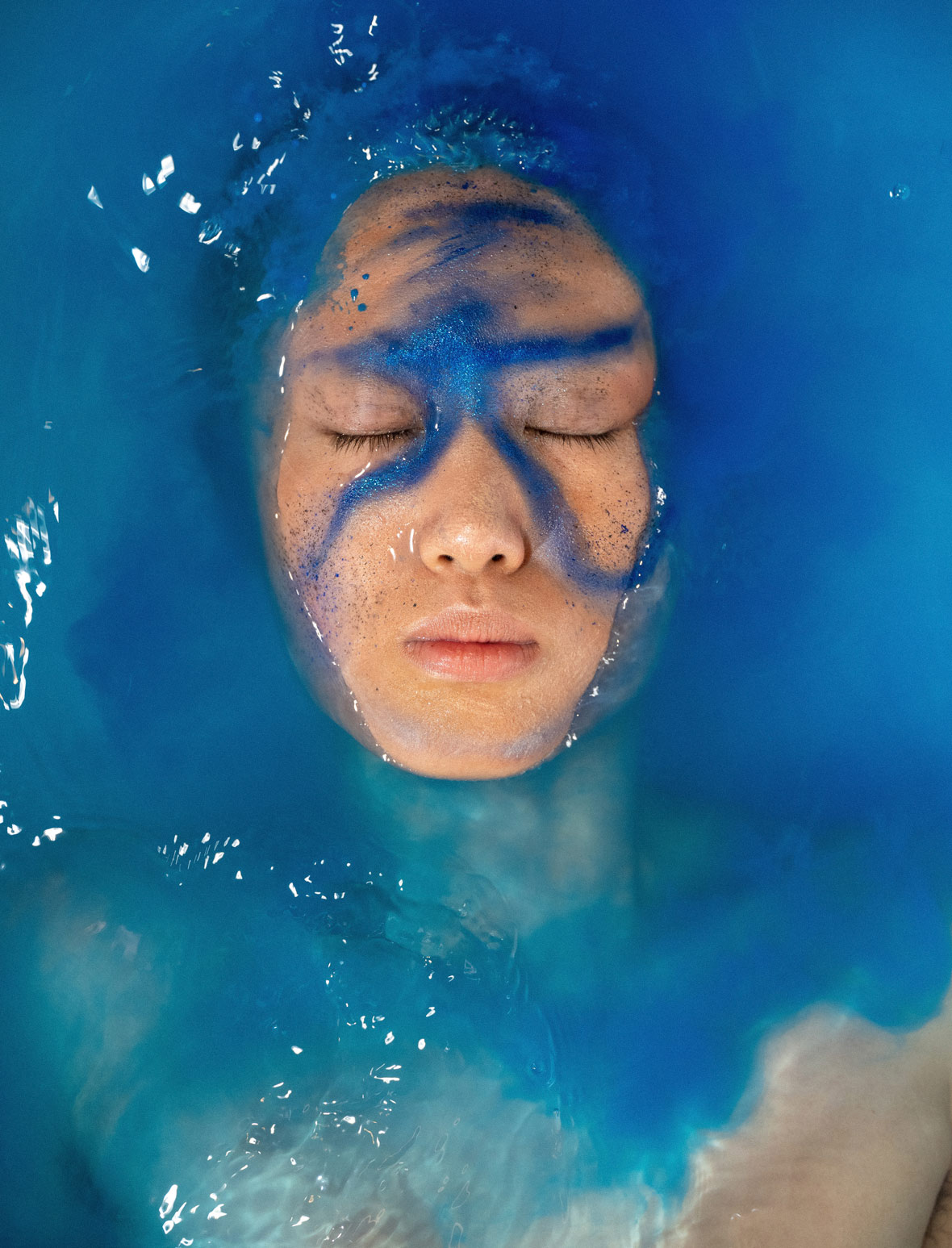 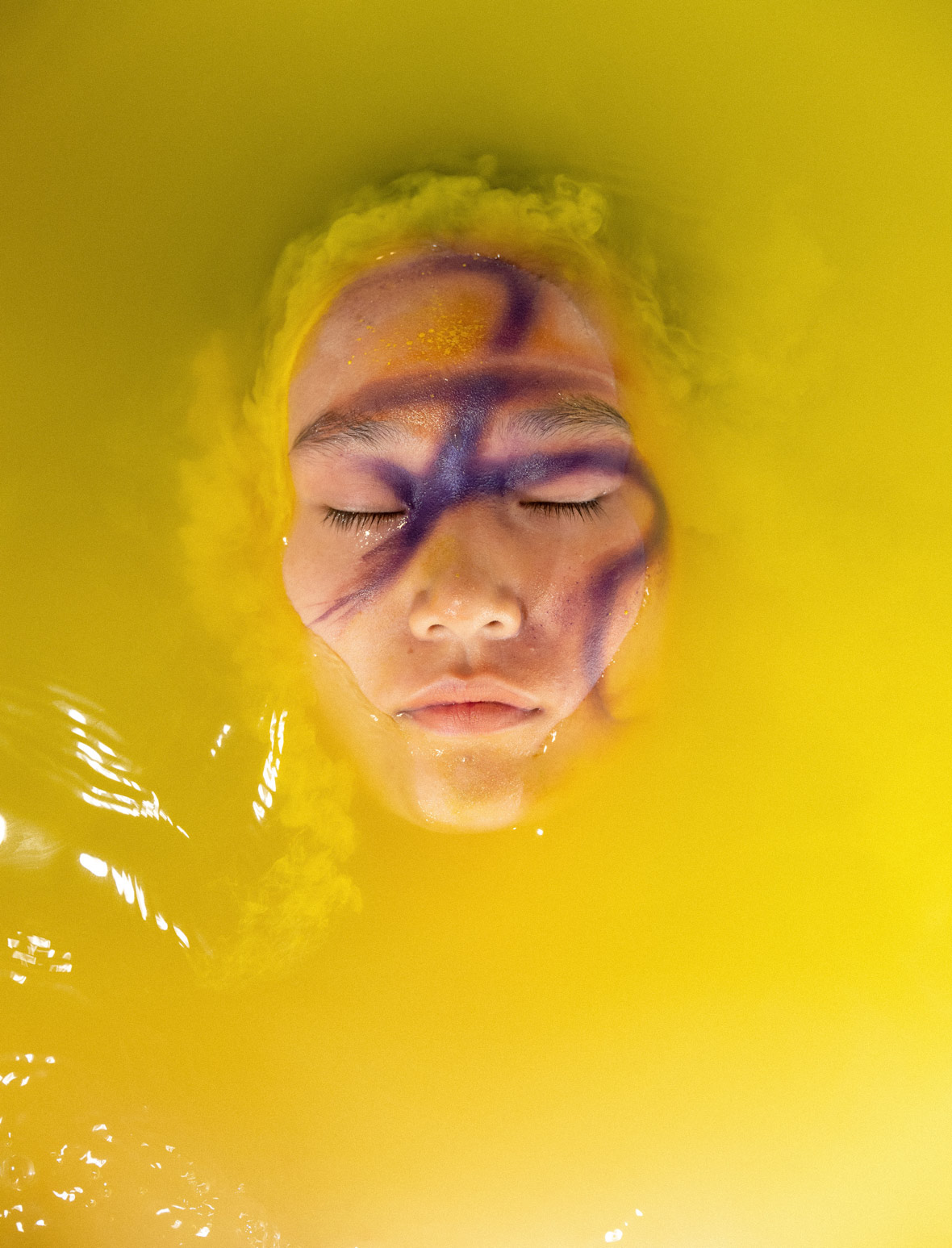 In the latter half of 2020, Gao’s manipulation of color extended beyond faces alone, and he began coloring in human bodies in their entirety. In one series, six models appear in two different colorways: three were painted entirely in black, while the other three appeared in lighter colors that were being consumed by similar blacks that cover the lower half of their body. This project was inspired by French psychologist Gustave Le Bon’s book The Crowd: A Study of the Popular Mind, which describes individuals as being rational, and crowds as being irrational. Once individuals gather and form a crowd, the crowd can become senseless, becoming something completely different from the individuals.

The stark contrast between the obsidian-covered models and the models not yet consumed by the black paint visualizes this transformation. The black paint is intended as a metaphor for a Chinese idiom stating that an individual’s behavior is influenced by those they’re surrounded by. “In this series, the colors represent individuality,” he says. “It’s a symbol for the pursuit of diversity. The work as a whole is meant to show the tug-of-war between individuals and a collective.” 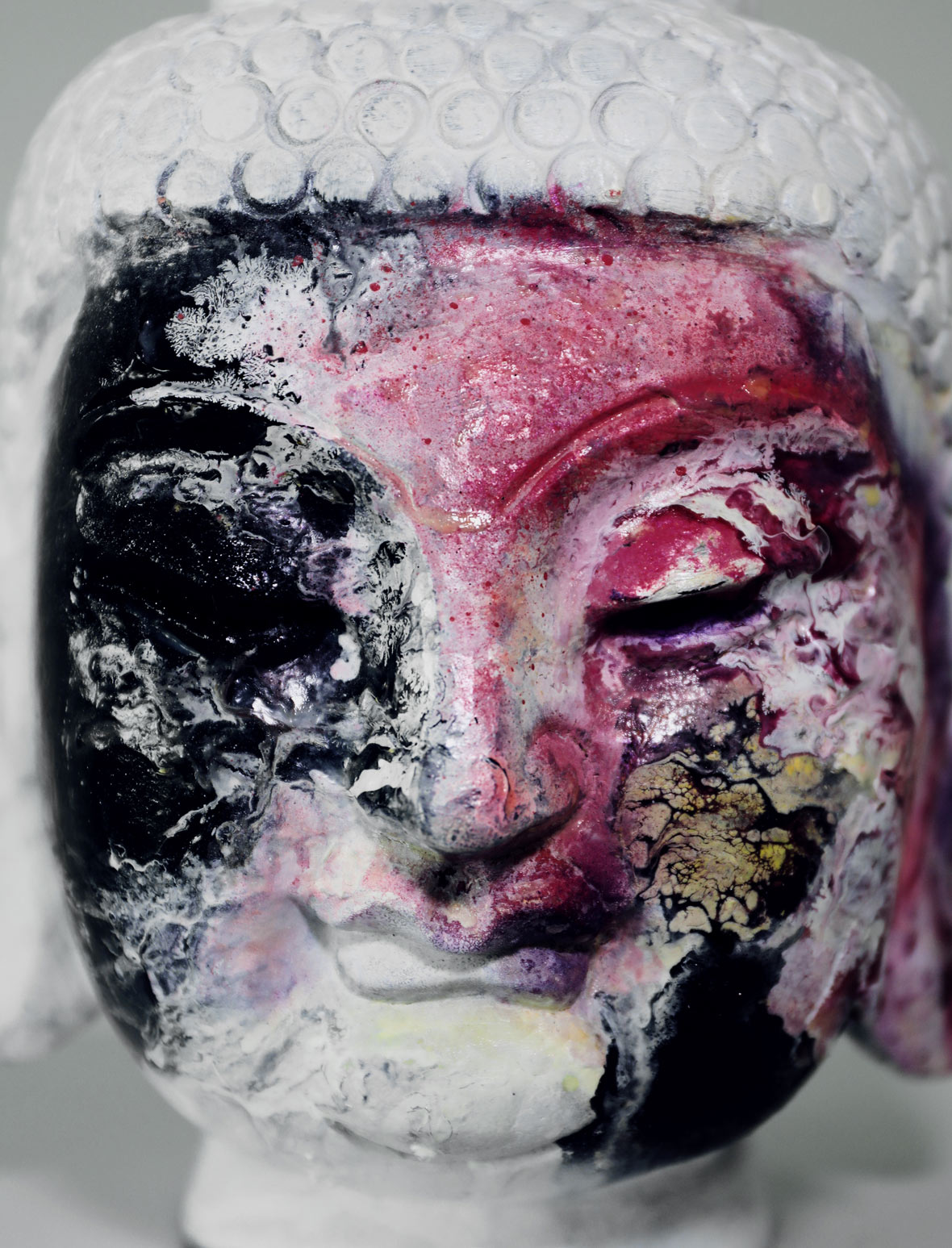 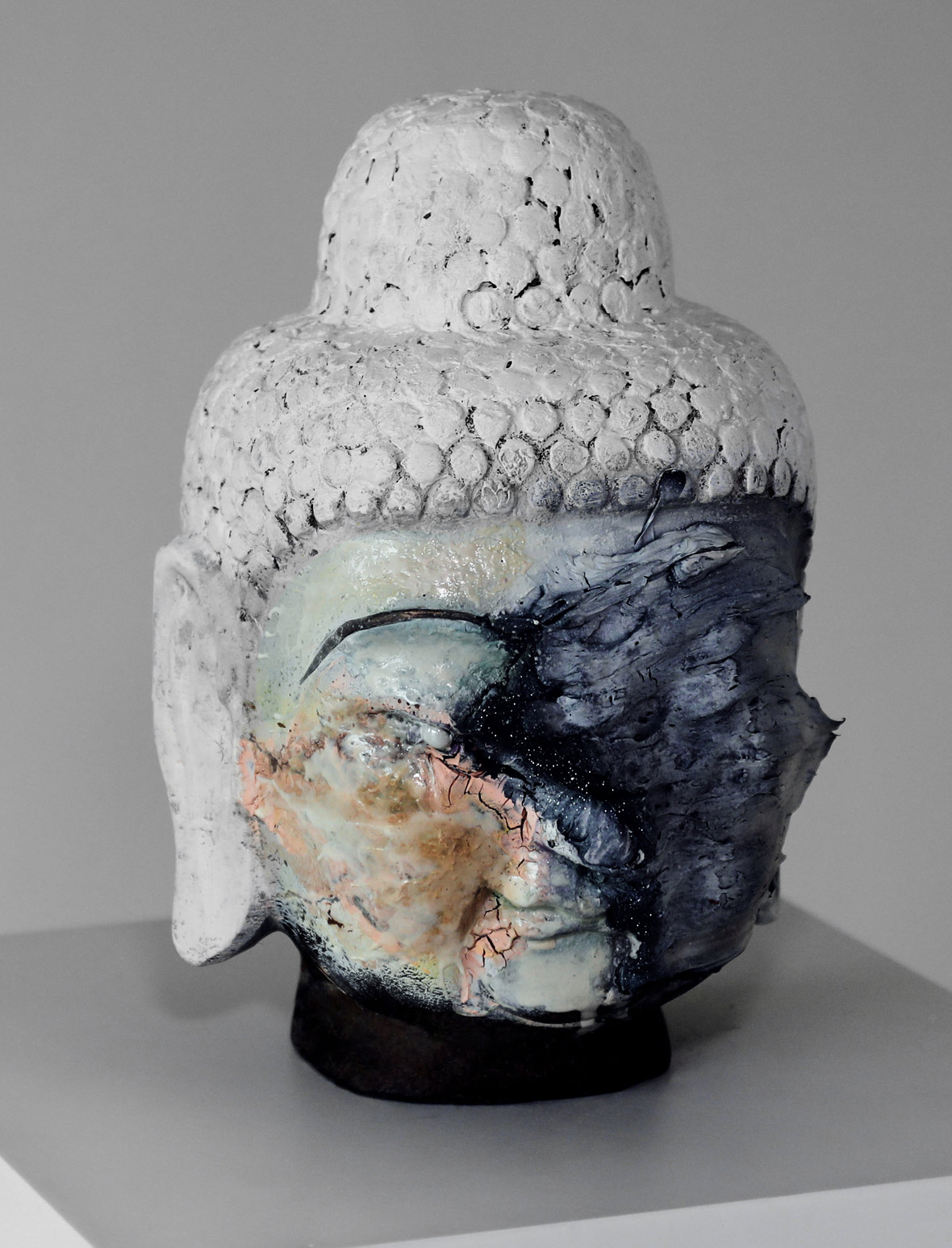 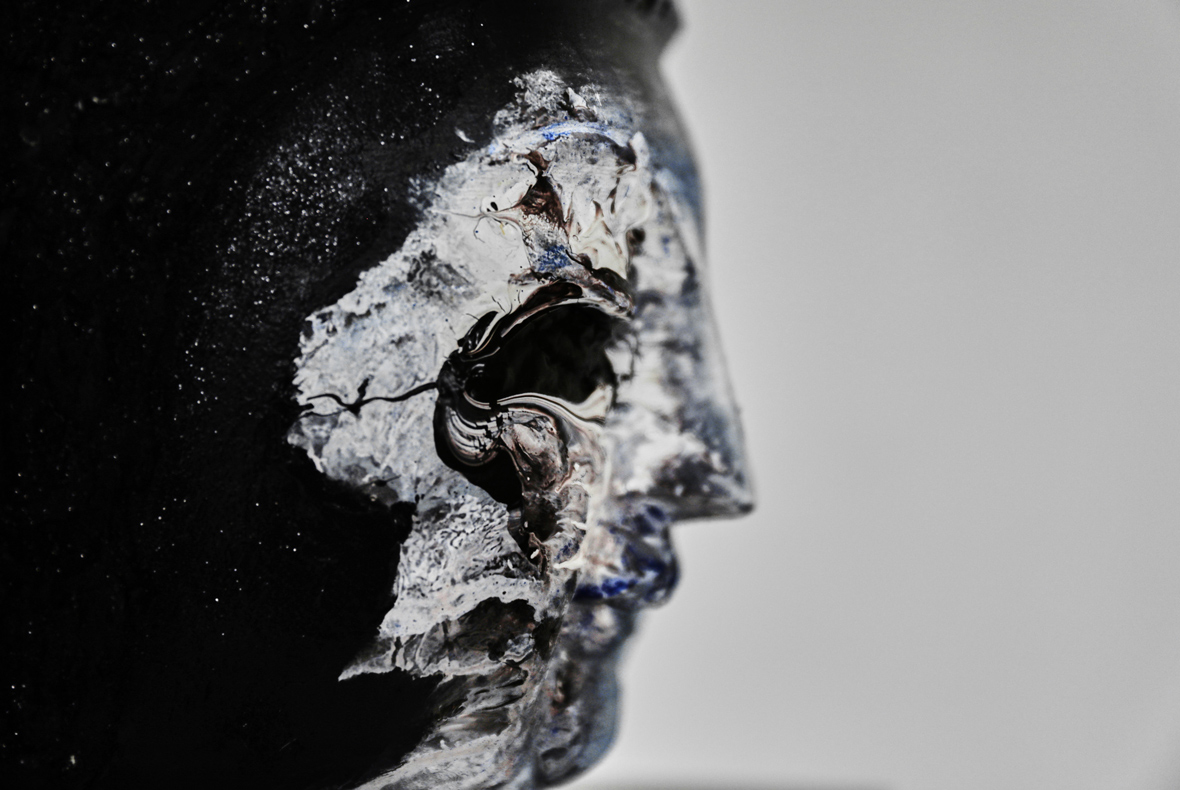 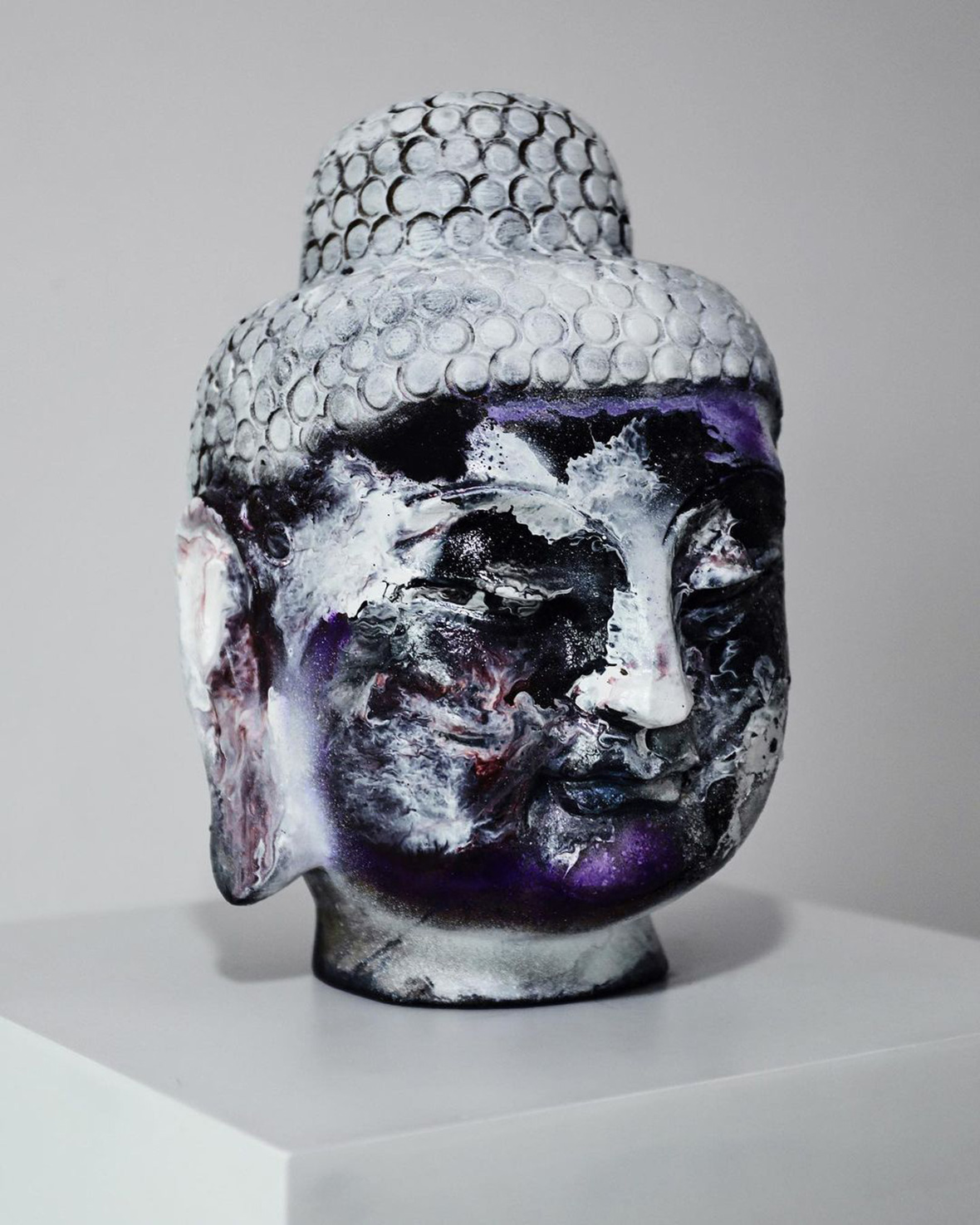 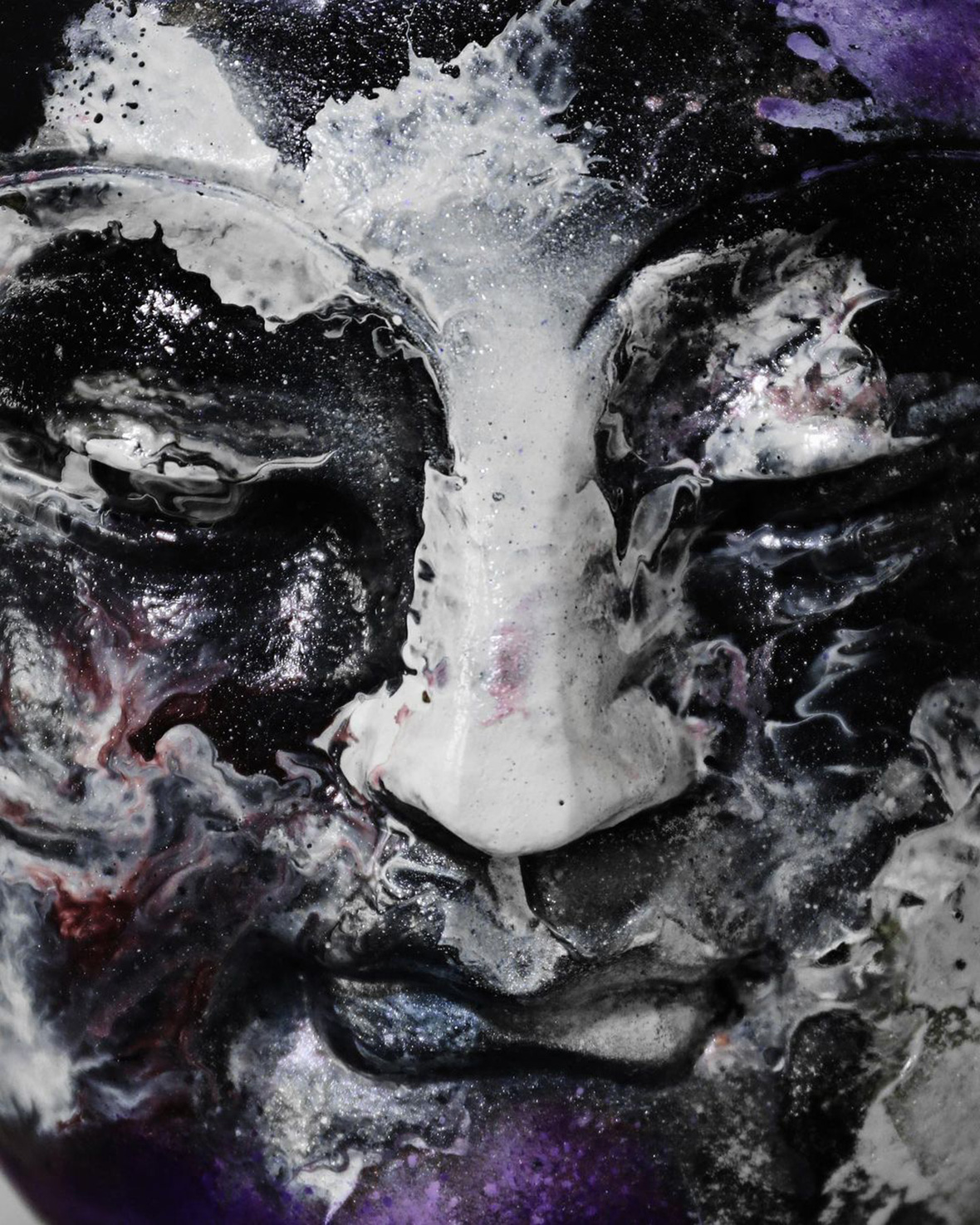 Gao is a literature lover, and it’s through his literary explorations where he discovered the Diamond Sutra. A profound quote from the famous scripture states, “Everything with form is unreal.” This concept of an illusory reality and the realization that there’s wisdom to be gained in accepting the illusion inspired him deeply. It led to the idea for Buddha Project, a series of sculptures where Buddha heads were covered in splashed ink. Through these splatters of color, Gao offers forth his meditation on illusions and truths while imubing these traditional forms with a contemporary vitality. 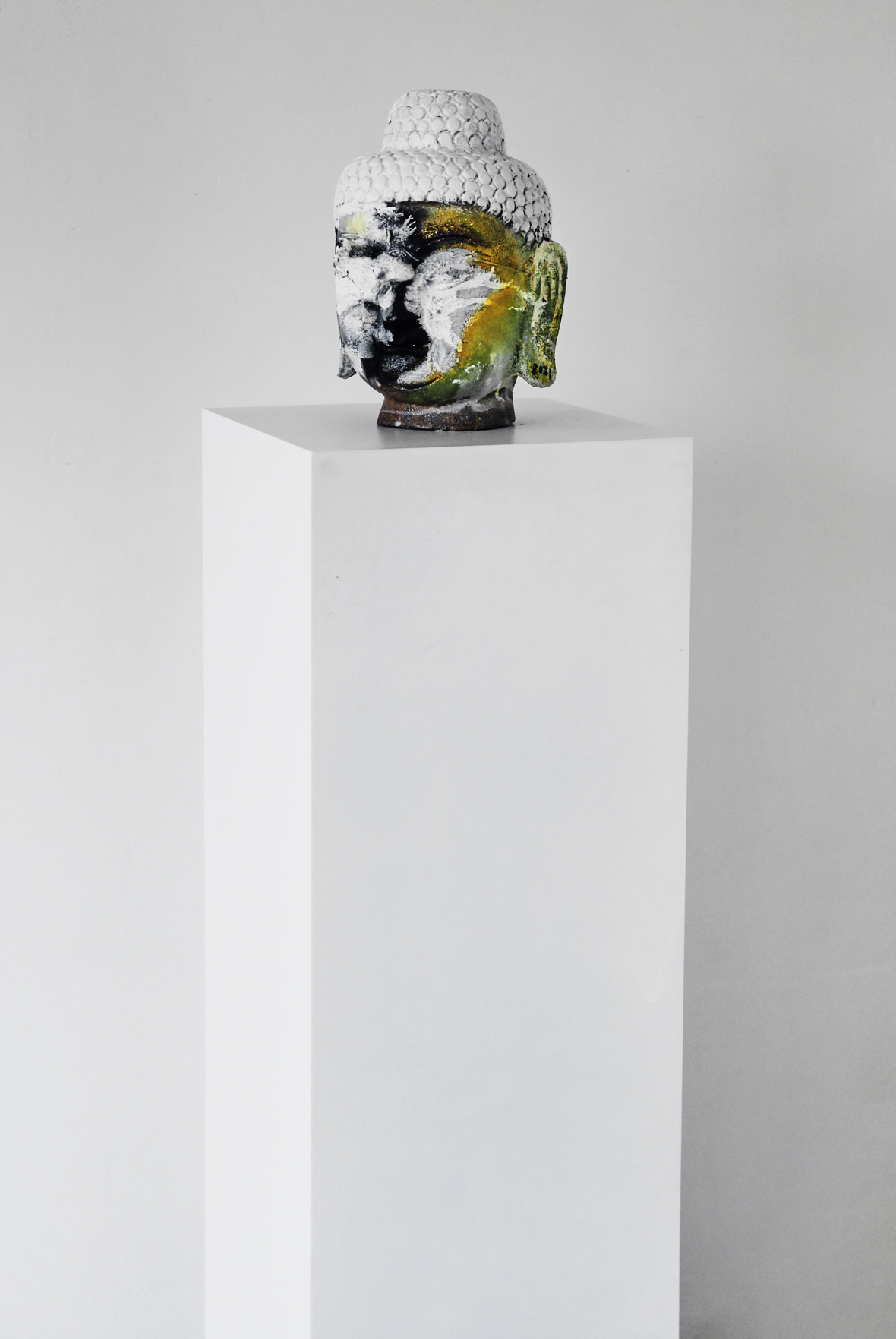 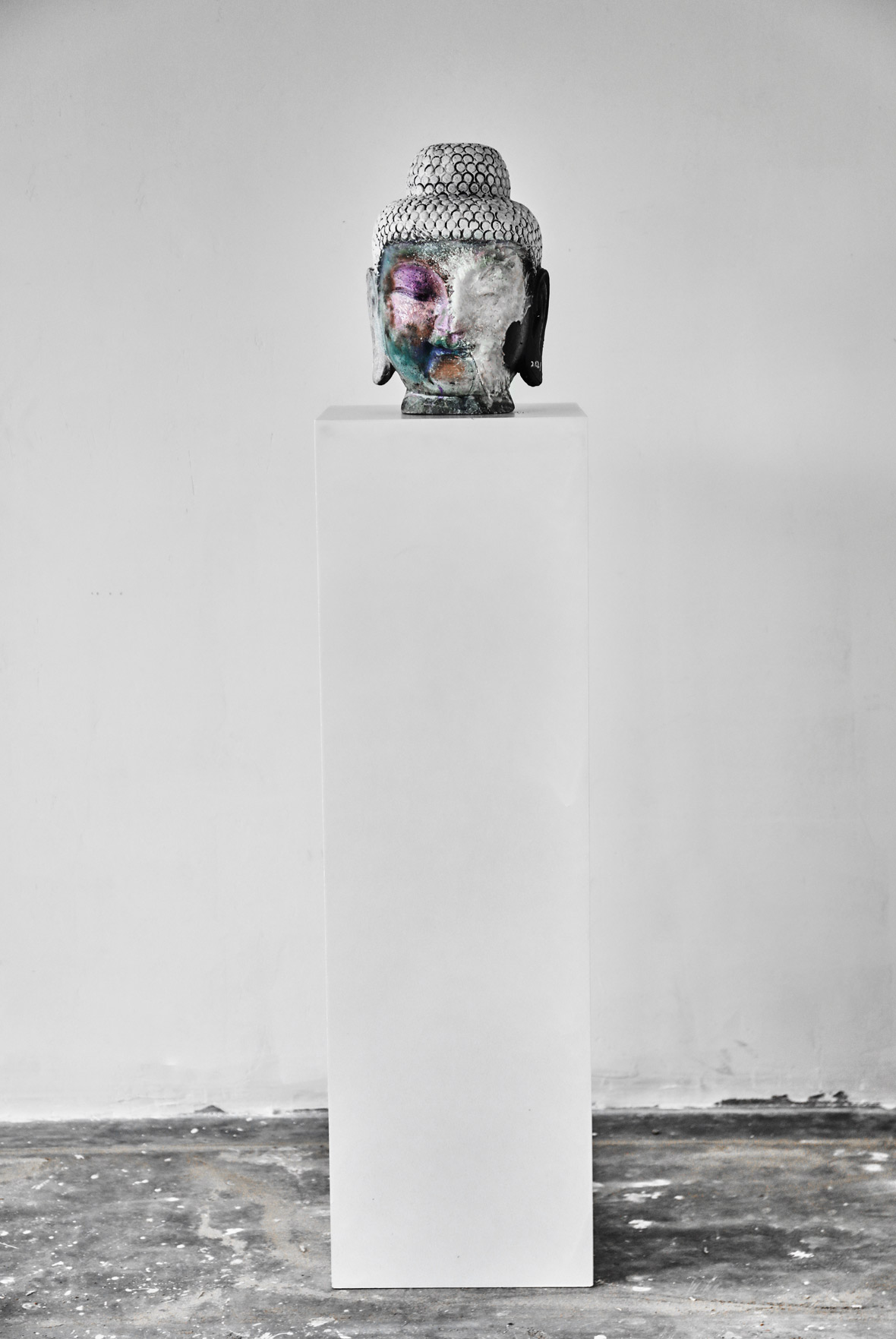 There’s an undeniable poeticism to Gao’s works. He approaches his art with nuanced concepts that may require multiple re-visits to fully grasp. Meanwhile, the ambiguity of his abstract colors leaves plenty to the imagination. In a way, his art is as much about the viewer as it is about the artist. Through the faces that he paints on, perhaps we can all see a glimpse of ourselves.