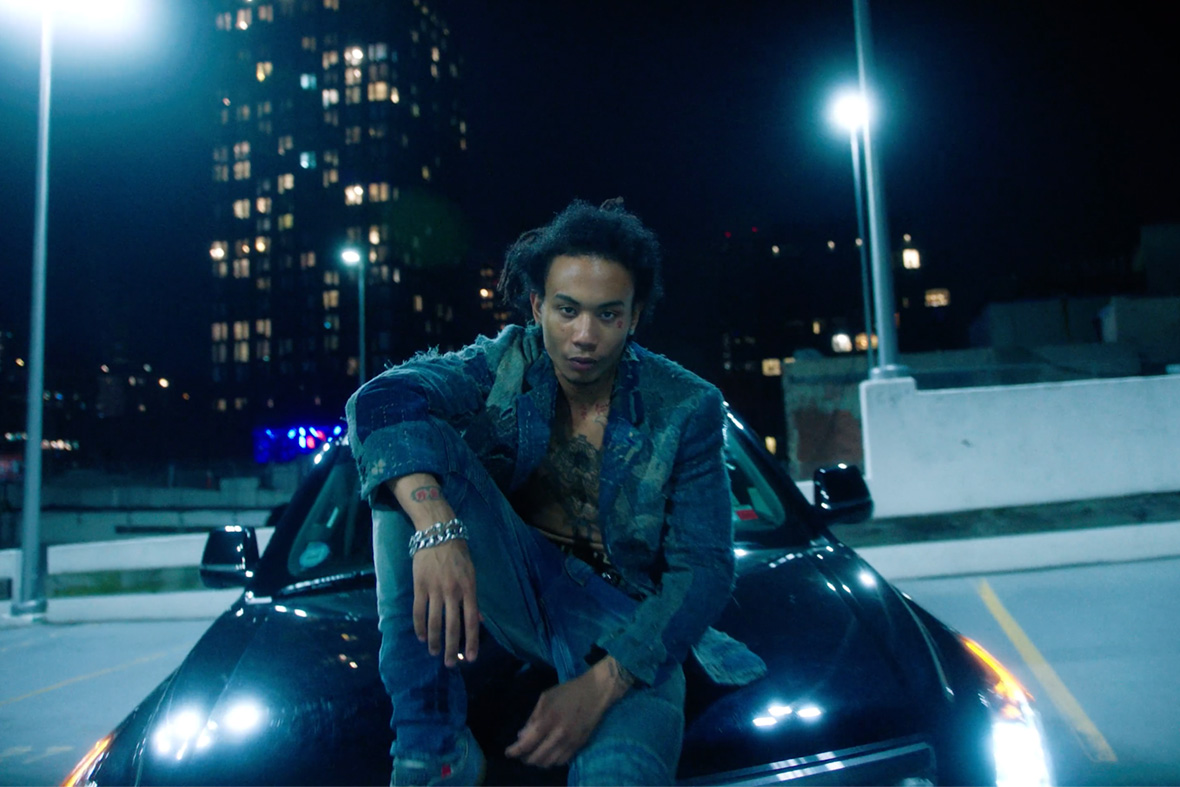 The lyrics of Yoshi24K coast effortlessly, delivered with a sense of flowing motion. In “Boast,” the lead single off his new EP, the New York rapper drives around a nighttime city as the neon lights flicker in tandem with the bright arpeggio keys in the production. 808s bounce and rumble as he raps in harmony with himself, a higher-pitched vocal track hovering in the background. His casual, celebratory mantras aren’t boasting. He’s just catching vibes and leaving behind the struggles he overcame: “I can’t feel the pain no more / When I’m on a plane it’s all gone / Man, I can’t explain what I’m on / Just know that I’m in a whole ‘nother zone.” 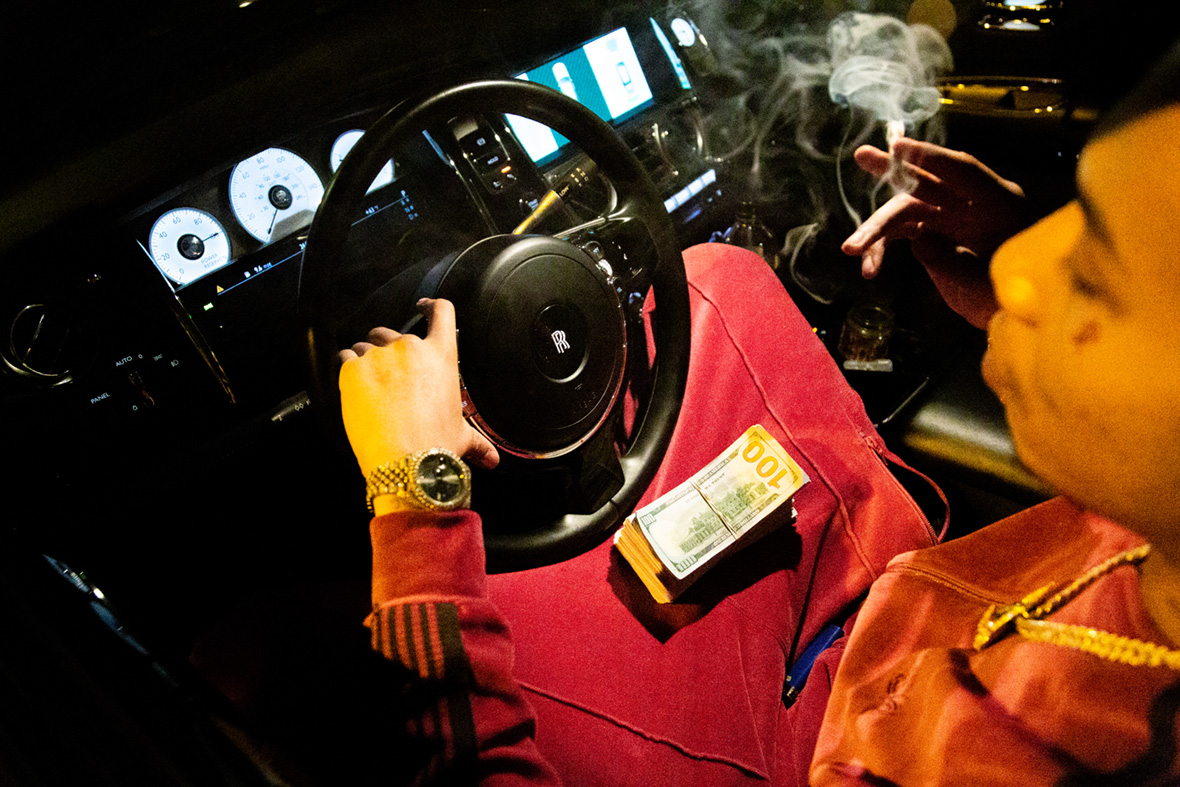 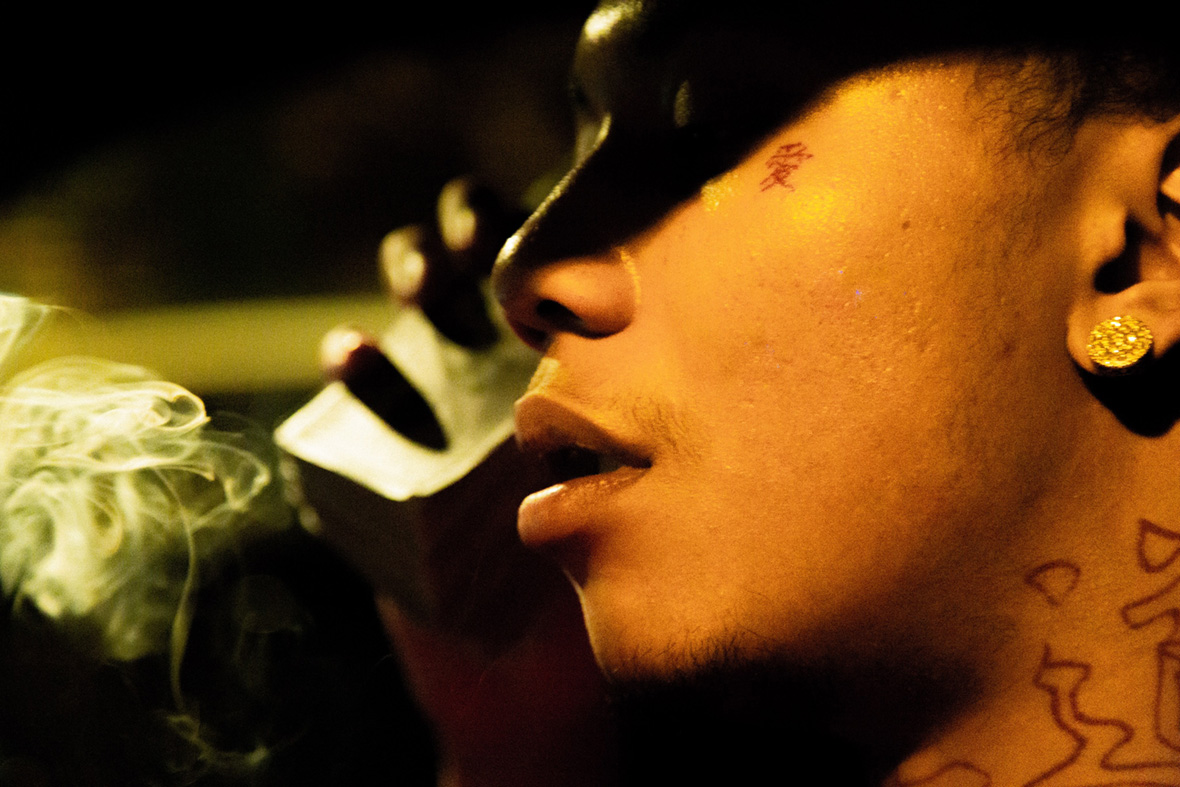 The new EP, ALIEN, is a reference to his experiences of growing up in the US as the child of a Japanese mother and Malian father, which always made him feel different. “I grew up with parents from opposite sides of the planet, and it’s really hard to come across that mix,” Yoshi says. “I was always accepted, but at the same time I always felt like I was on my own path.” That awareness of his differences inspired him to find his own style. A lot of people expect New York rappers to stick to boom-bap or Brooklyn drill, but he didn’t want to be stuck in any box. “I’m just embracing it all.” 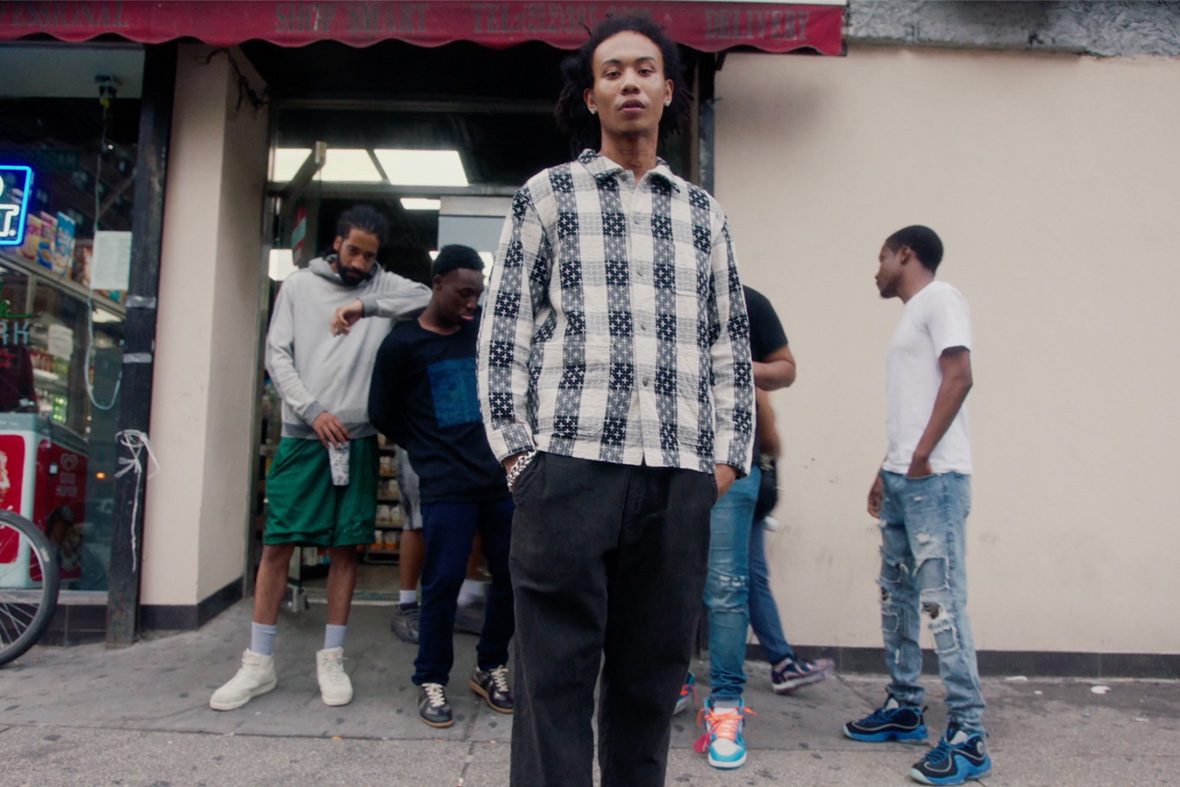 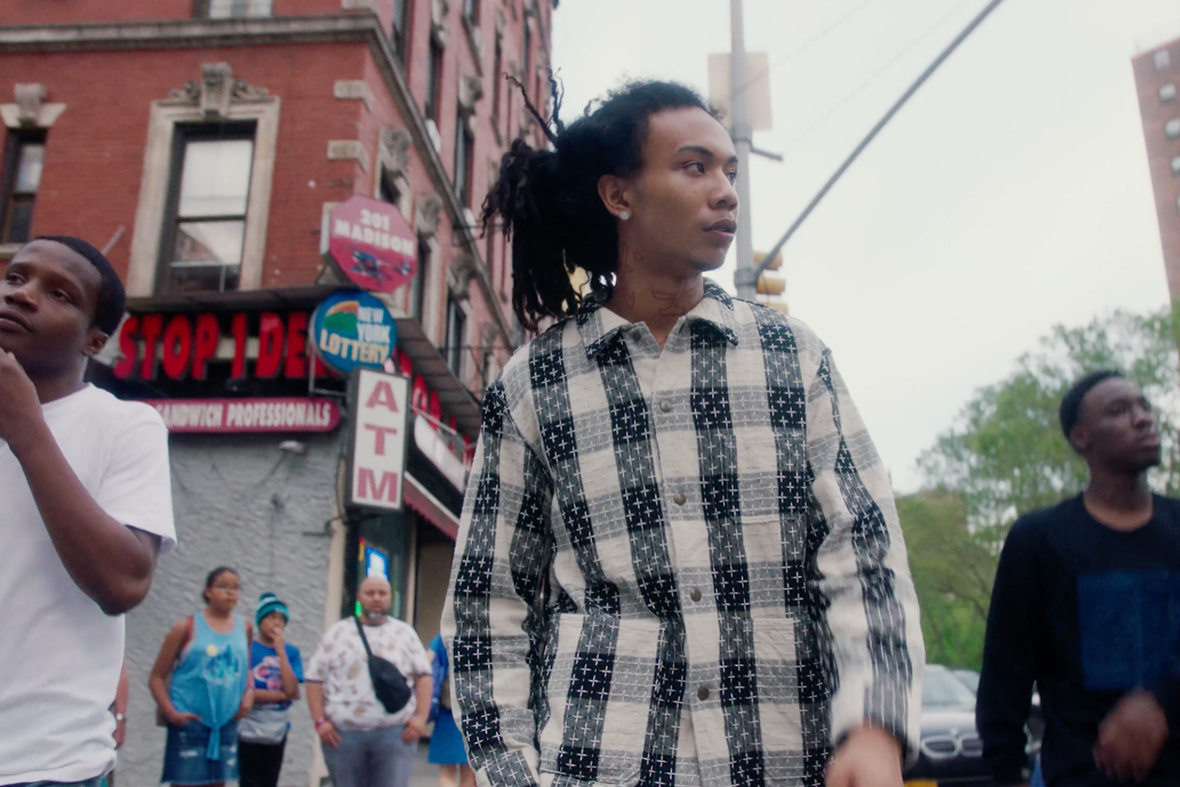 Yoshi grew up surrounded by other children of immigrant parents. “I felt separate in a lot of ways but also the same in many others,” he says. “My mom came here from Japan to work with my aunt and they worked in fashion. My dad was selling stuff in the street when they met. It was like two different worlds.”

In part because of his dad’s Malian roots, Yoshi developed a strong connection with the city’s West African community. He also began soaking up New York’s street culture in all forms, whether it be skateboarding through the boroughs, dancing litefeet on the trains, or listening to rap. 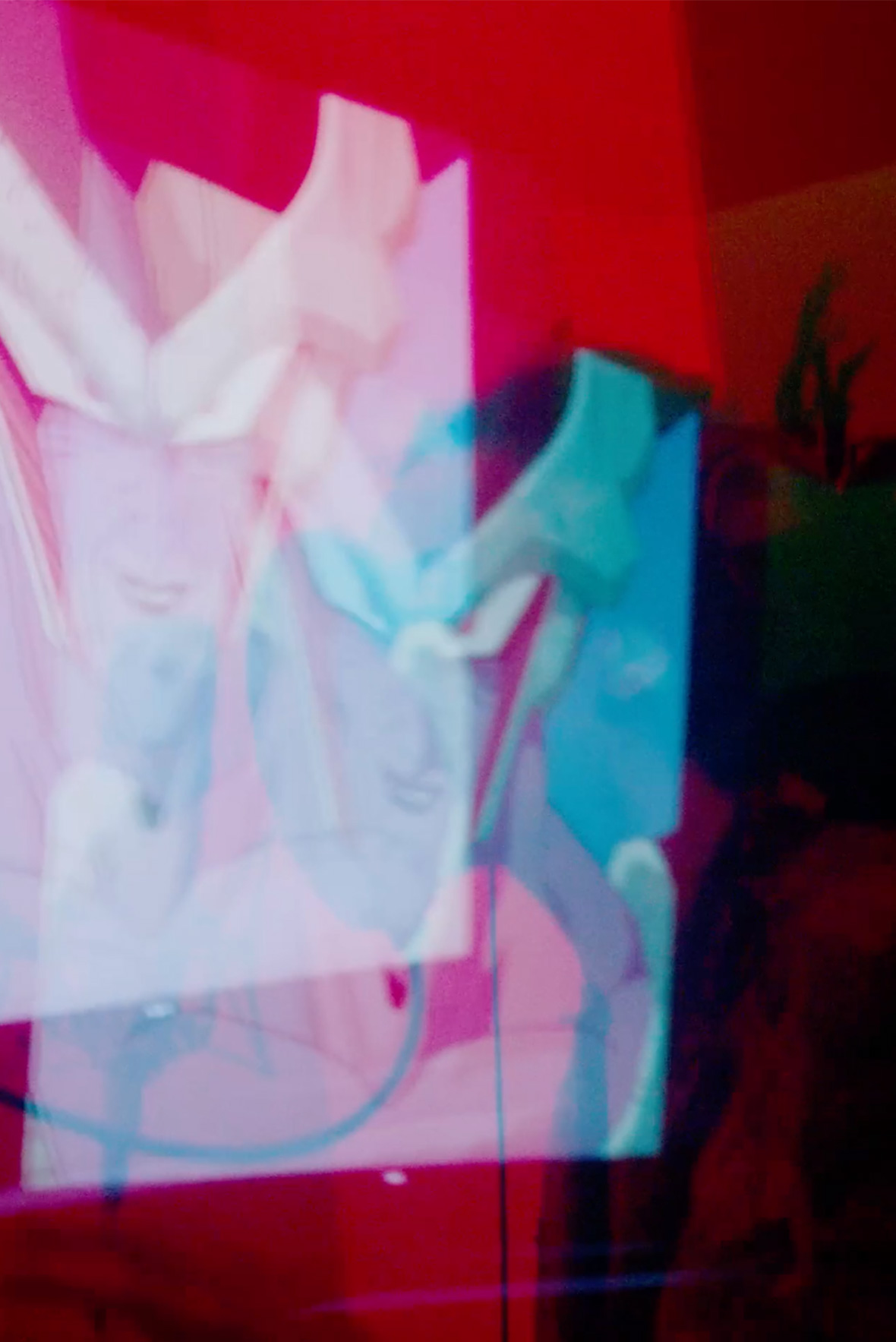 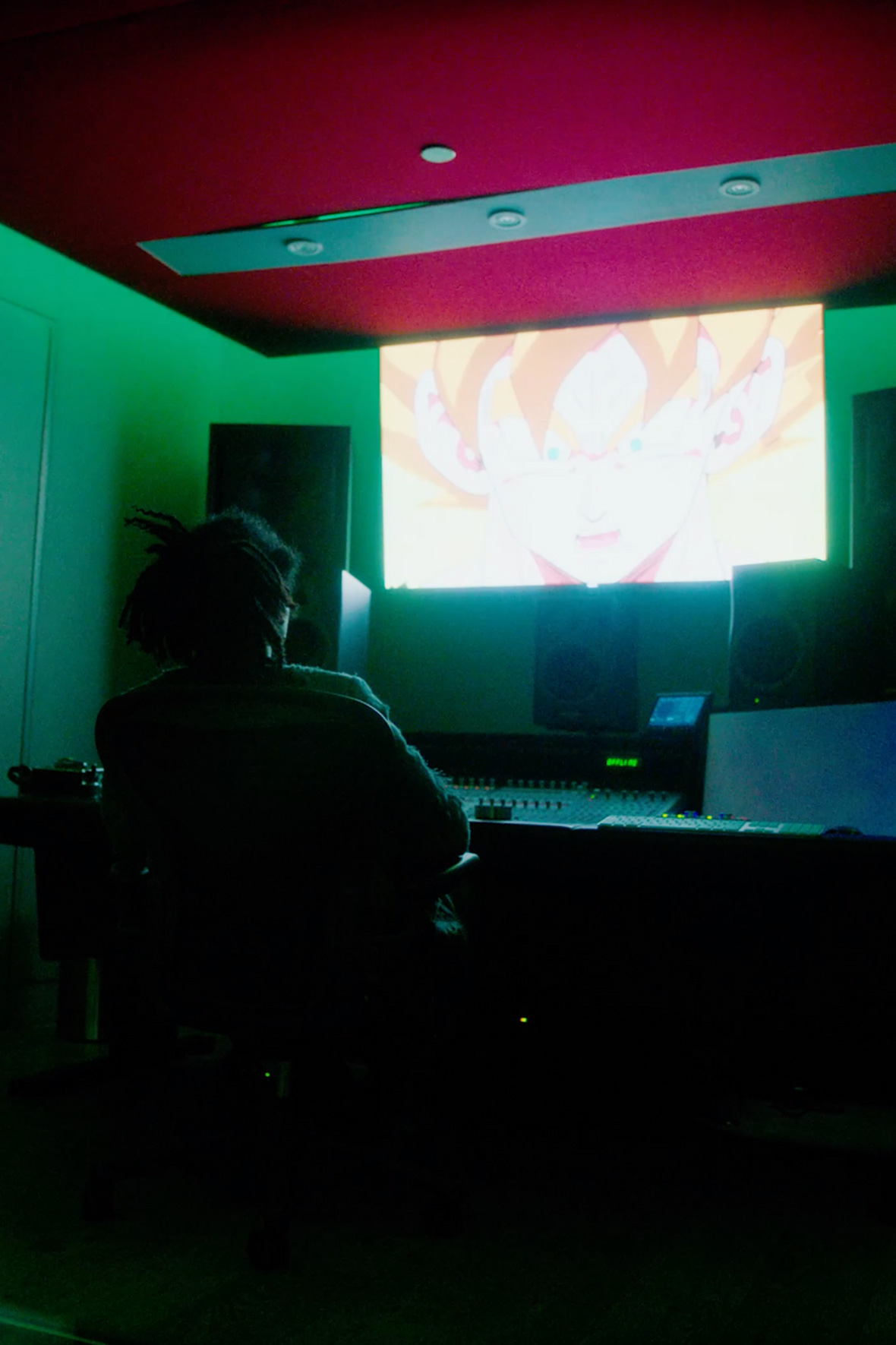 2018 was a pivotal year for a young Yoshi, who hadn’t yet discovered his music-making ambitions. One day he was invited to come to the studio with his friend, Sheck Wes. When he got there, Wes was freestyling and casually dropped Yoshi’s first name, Ali, into the hook of the song “Mo Bamba.” (Yoshio, which his rap alias is based on, is actually his middle name.) It ended up becoming one of the biggest songs of the year. Watching Wes in the studio was an eye-opening experience: seeing him create a vibe in the moment, mixing and mastering the track immediately, and even starting to plan the music video before the song was released made Yoshi realize the importance of laying out the groundwork in fulfilling a creative vision from the very start. Seeing it ultimately inspired him to make his own music. “Once I got into the vibe of it, experiencing studio life, working with all the sounds and sonics, playing with the words, it was just like, damn, this is amazing. I fell in love immediately.”

That studio visit has also influenced Yoshi’s creative endeavors beyond rap. He runs a creative collective under the name Yen24k, made up of friends he grew up with who all bring different talents to the table. The team consists of filmmakers, skaters, designers, and more. “That’s the crew, the label, the family; that’s everything,” he says. “It’s about all types of art but music is at the core of it all.” Yoshi also co-directs all his music videos. 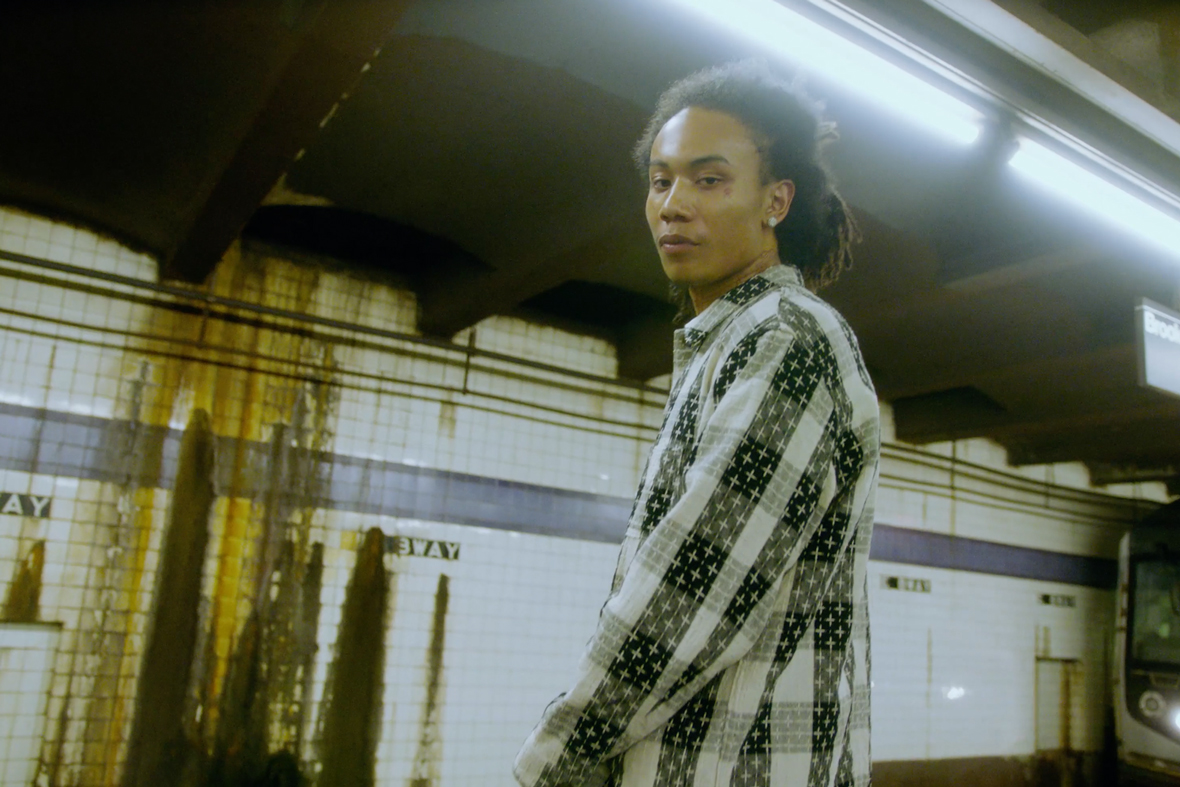 Yoshi has also taken advantage of his rising rap fame to visit Tokyo for the first time. A New York friend who had moved there introduced him to a few club owners and promoters, and he ended up being booked to open for artists like Elle Teresa and Juice Wrld. Although Yoshi had visited family in the Japanese countryside a few times and he felt a deep connection with the culture, he’d never experienced the city before. “I didn’t really have many fans out there, but some people knew me from Instagram since I was a half-Japanese rapper. I definitely want to connect more with Japan, but I also want to connect with Mali,” he says. “Really, I want to connect with the whole world. I want to be global.”