In the dead of night, two young girls row a boat through a downpour. A gust of wind blows the hat off of one girl’s head, and she reaches out to grab it, dropping her oar into the river. Looking towards the water, they see a baby emerge from the currents. In the blink of an eye, their boat is surrounded by similar figures. These mysterious newborns swarm the boat, pushing the girls back to their port of departure. Despite the girls’ longing to leave their small village, they find themselves back where they started.

This the most memorable scenes from Step into the River, an animated short by Chinese director Ma Weijia that examines the issue of gender inequality and societal change. Ma, having grown up in a rural village in China, often heard tales of newborns being left in the river. Most Chinese parents at the time hoped for sons, so when their newborn turned out to be a girl, they abandoned them. As an adult, she met a number of Chinese adoptees, a disproportionate number of which, she noticed, were females. These experiences led her to come to a bleak realization: male chauvinism can come in extreme forms. While gender equality has made great strides in the years since, the haunting image of newborn girls being abandoned in the river never left her mind. 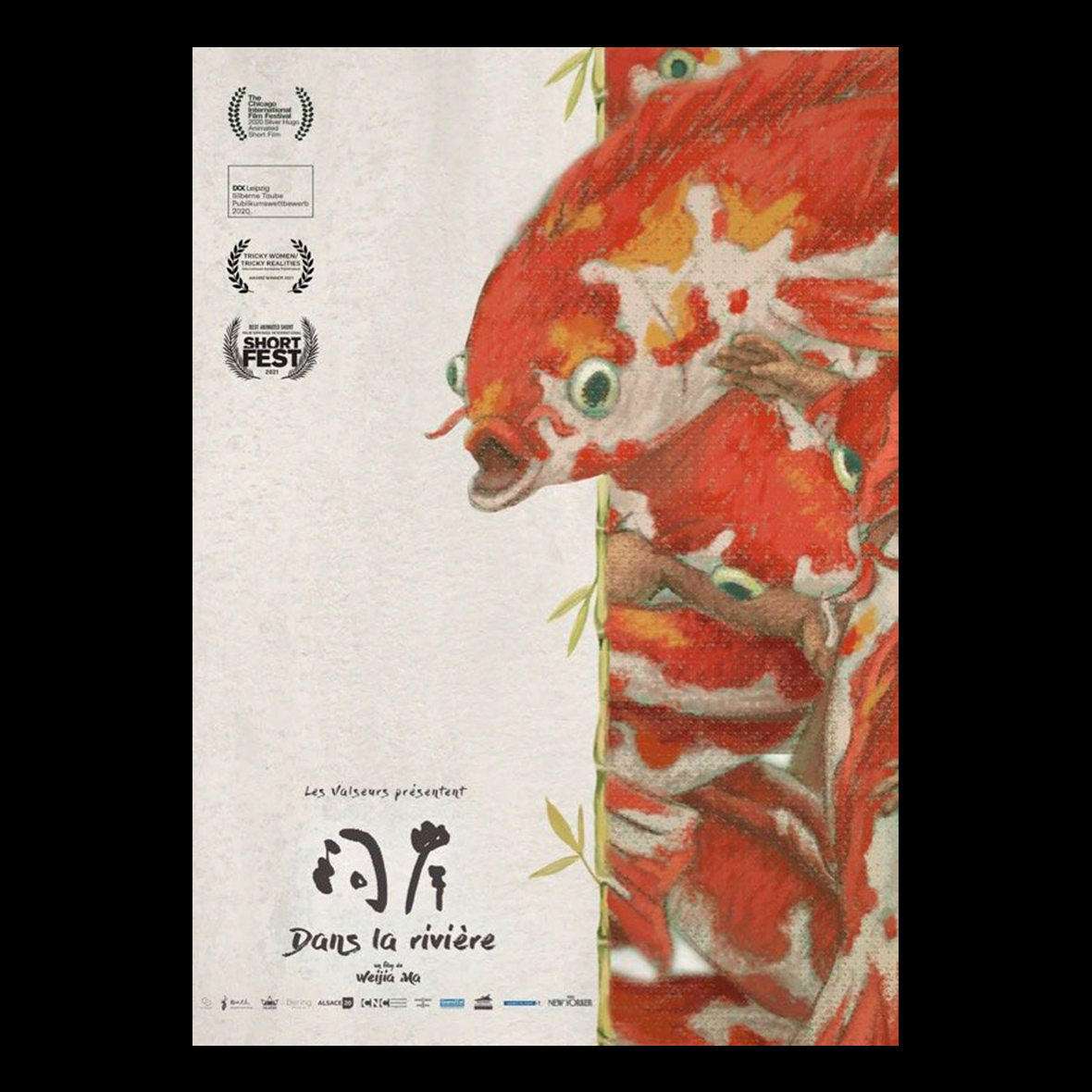 Step into the River is told through the perspective of Wei and Lu, two young girls living in the Chinese countryside. Wei is a “stay-at-home child,” a term referring to children left behind in the village while their parents pursued better job opportunities in the city.

In the village, Wei befriends Lu, a girl with a distinctive birthmark on her face. Lu was adopted by a fishermen after she was discovered abandoned on the riverbanks as a toddler. The two quickly became close, bonding together over a shared resentment over being abandoned.

Despite the air of melancholy that permeates the narrative, the film’s art style feels gentle and calming, defined by soft palettes that capture the idyllic lifestyle of the quaint village in faithful fidelity. The fluidity of each frame and the gradient colors that have replaced the sky instill a sense of the fantastical, but the story and characters are unmistakably grounded in reality. To Ma, the story is far more important than aesthetics.

Lu and Wei are based on real-life accounts and some of Ma’s own experiences. Even the poster is based on her childhood memories. Ma kept a goldfish as a pet as a child, and looking back, she realized how cruel it was to confine it within a fish bowl. To her, it’s a curious practice even today—people don’t blink an eye at the thought of restricting another animal’s freedom. There are many clear parallels between a goldfish’s existence and the experiences of many Chinese girls, and so, she thought it a fitting motif for the film’s poster. On the poster, a school of fish seems crowds half the frame. Several human hands reach out between what little space each fish has left behind, as if trying to escape from under their suffocating weight. One single fish has squirmed out of the confines of the composition, as if springing out of the water—a lone, lucky survivor. 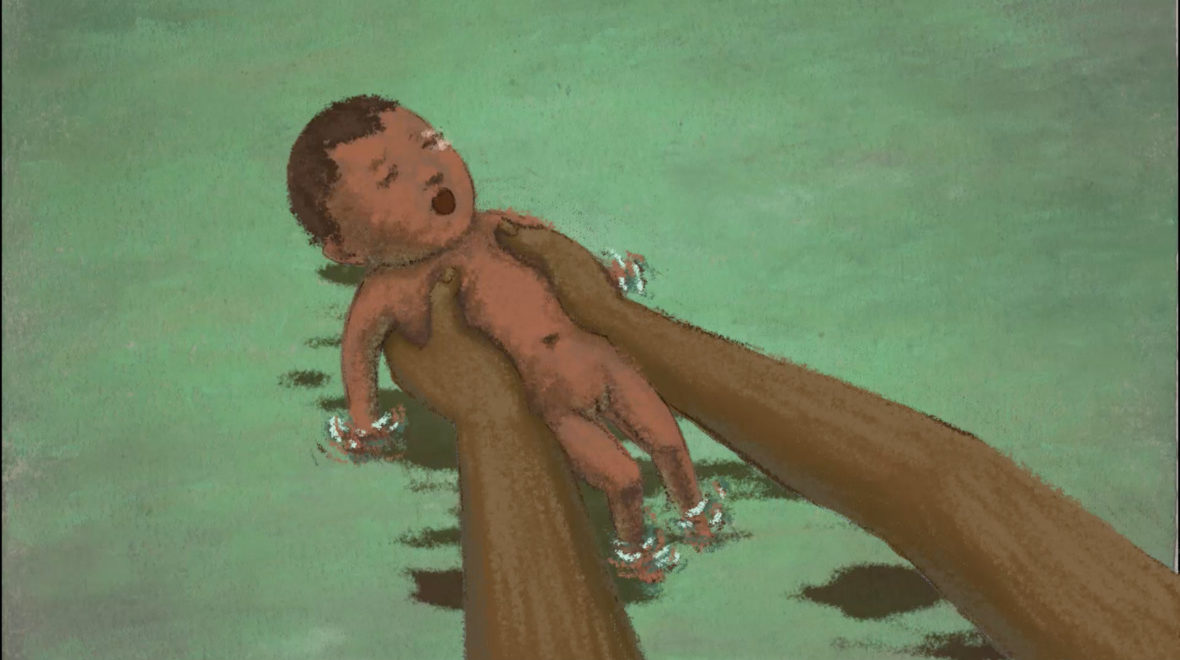 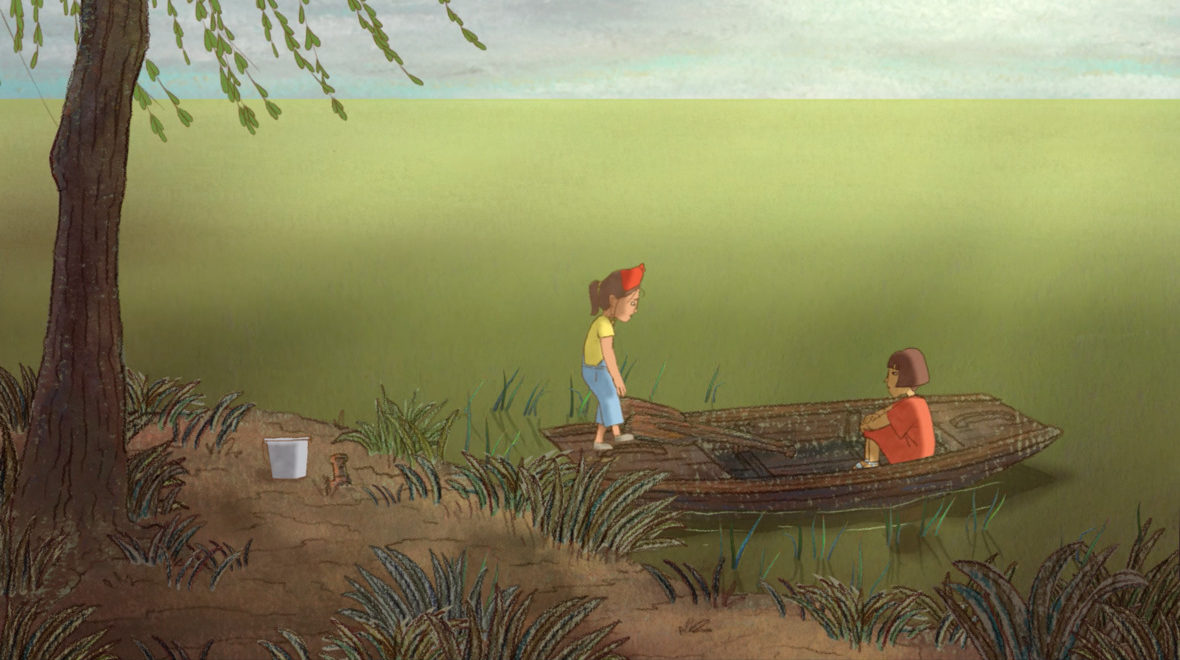 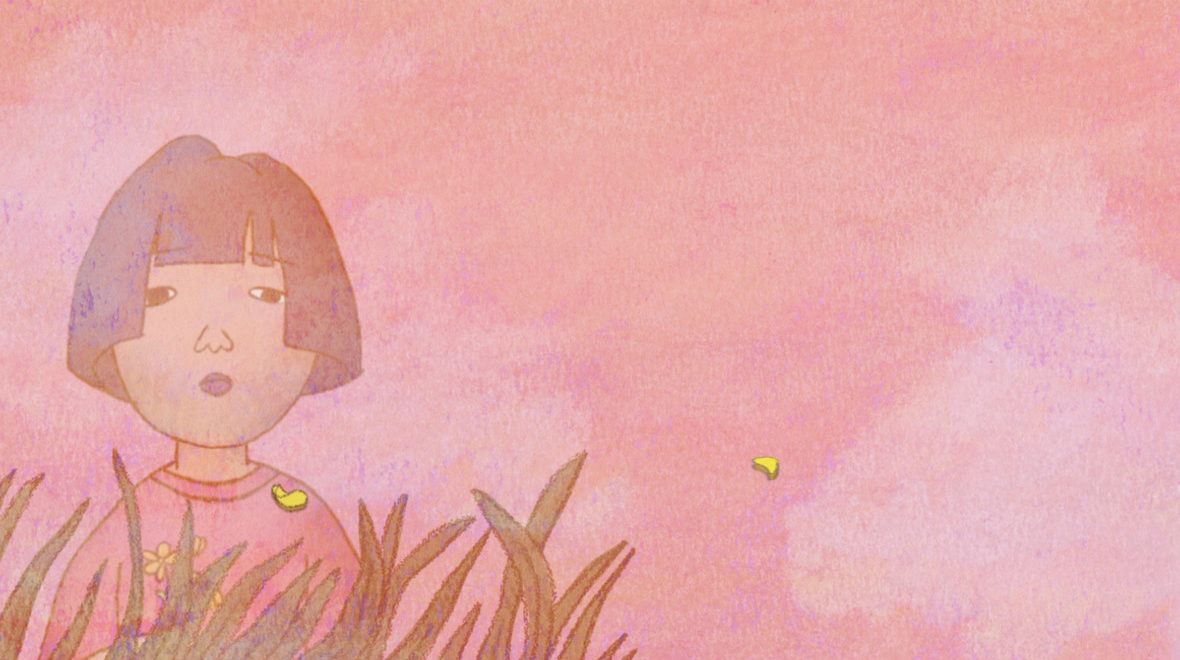 Ma was born in Chaohu, a city on the rural outskirts of China’s Anhui province. A small river ran through the city, and some of her fondest childhood memories revolved around that flowing stream. The river even inspired her work prior to Step into the River, though the same motif represented vastly different themes in those works.

In her animated short from 2015, The Same River Twice, Ma presents a touching tale of family and nostalgia, with the river in the film representing the generational divide between family members. In Step into the River, the river can be seen as symbolizing the pain of the past. It’s a pain shared by the two female protagonists, their families, and those newborns who never had the chance to grow up. 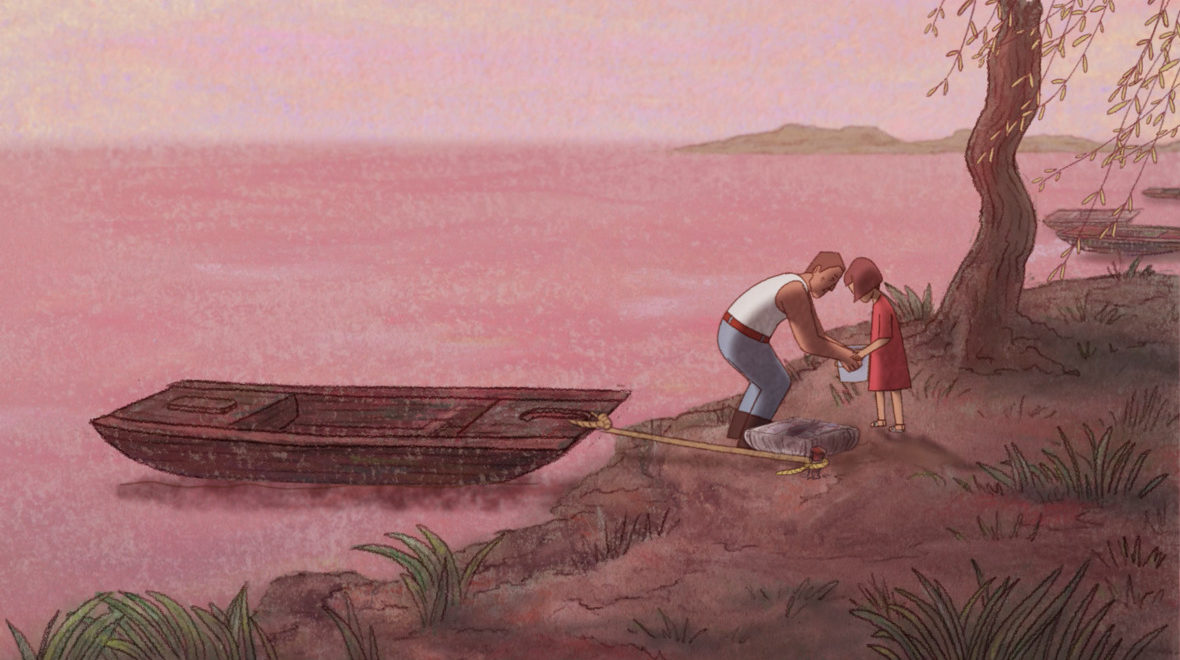 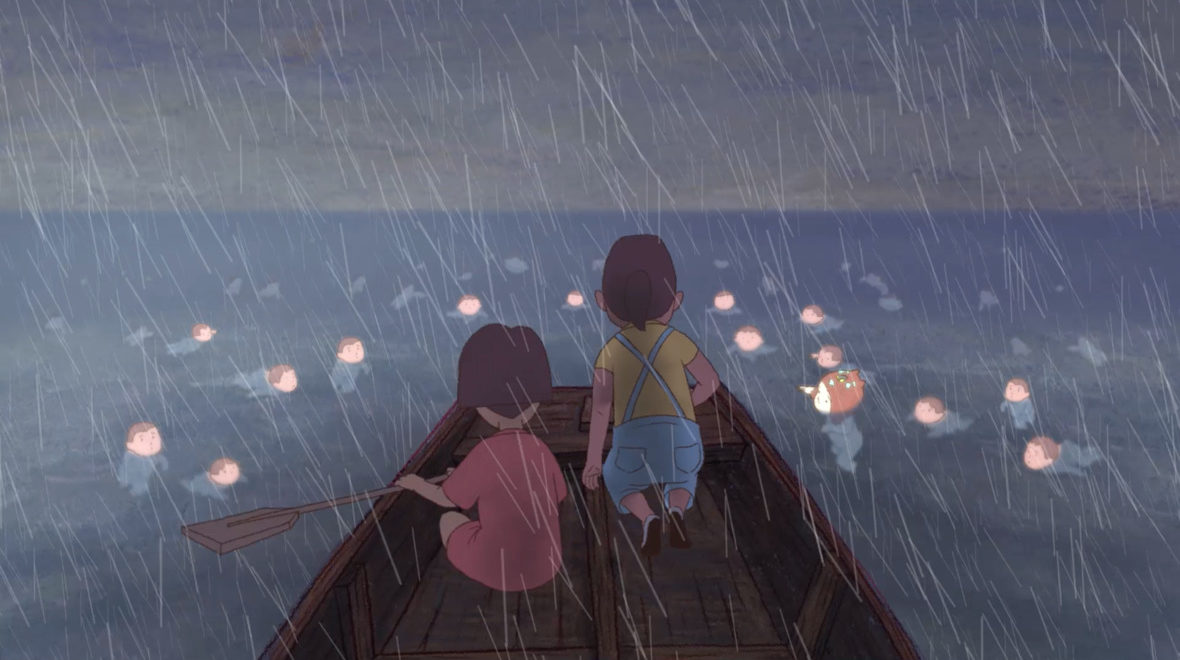 “Even though this story isn’t a tragedy, in that the two girls survived and returned to their village, it’s not a particularly happy ending,” Ma says.

The two girls’ lives will go on as it did before their voyage, but their dreams of leaving now feel that much further out of reach. In fact, there is seemingly no escape from their situation. The conclusion of Step into the River is meant to evoke the experiences of girls who grew up during Ma’s generation. Even though they’re survivors, they’ve still been forced to endure their share of unfortunate circumstances. Even less fortunate are the newborns who never got a chance to grow up, and Ma felt that it was important to remember them. “I considered making them into vengeful ghosts, but I decided that I wanted to capture their innocence,” she recalls. “They were pure souls whose lives were snuffed out even though they did nothing wrong. So in the film, they’re depicted as friendly spirits who’re out to protect the girls.”

The river is a silent witness to an ever-evolving world. No matter how the world changes around it, the river remains the same. In that regard, Ma also sees the river as a symbol of time. The river surges in perpetuity, pulling along all that’s caught in its wake. The film’s English title, Step into the River, was conceptualized as a statement towards the inevitability of life. It’s a reminder that no matter who you are, you must step into the river’s eternal currents and be pulled along with everyone else. 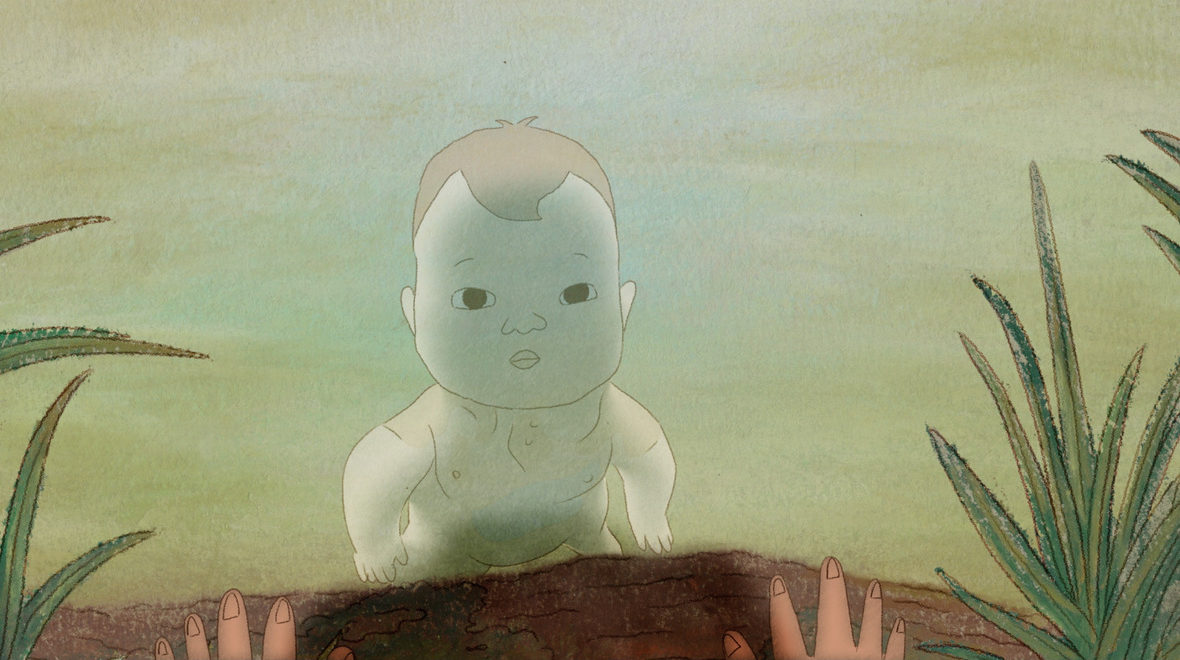 Step into the River was shortlisted at the 94th Academy Awards for “Best Animated Short Film,” and nominated at the 15th FIRST Youth Film Festival for “Best Dramatic Short Film.” These accolades are well-deserved for Ma and her team, who spent the better part of five years developing and producing the film. Despite how time consuming the project ended up being, the positive feedback has made their efforts worth it. “Animation is all about giving movement to still images, and when you go into it with an experimental spirit, there are infinite methods to go about it,” she says. “If you’re bold enough, you can really push the boundaries, especially in how the story is told, but that’s only one aspect. It’s important for directors to establish their own approach to animation—there’s plenty of room for experimentation, whether it be in the art style or in the ways that frames are sequenced.” 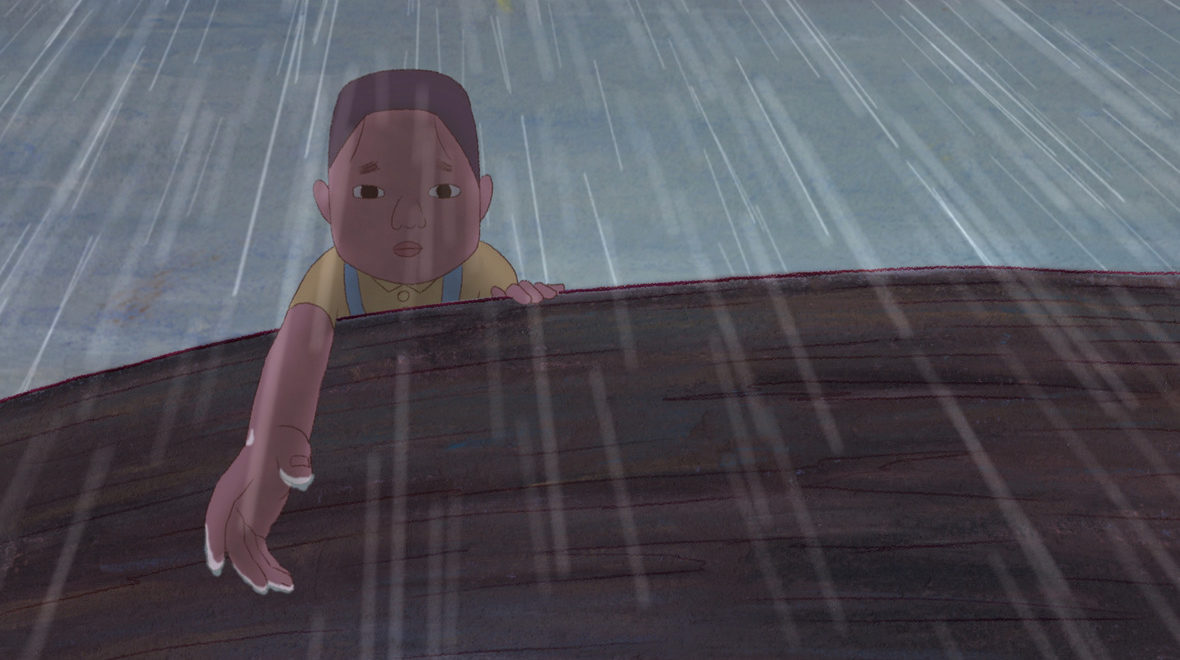 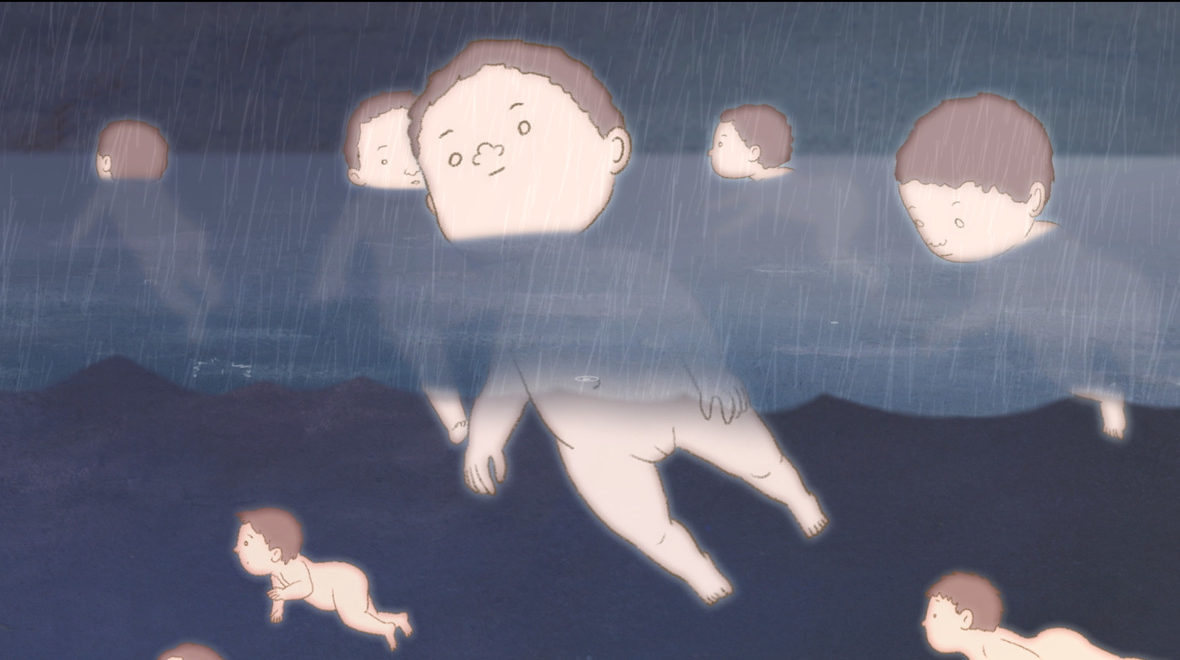 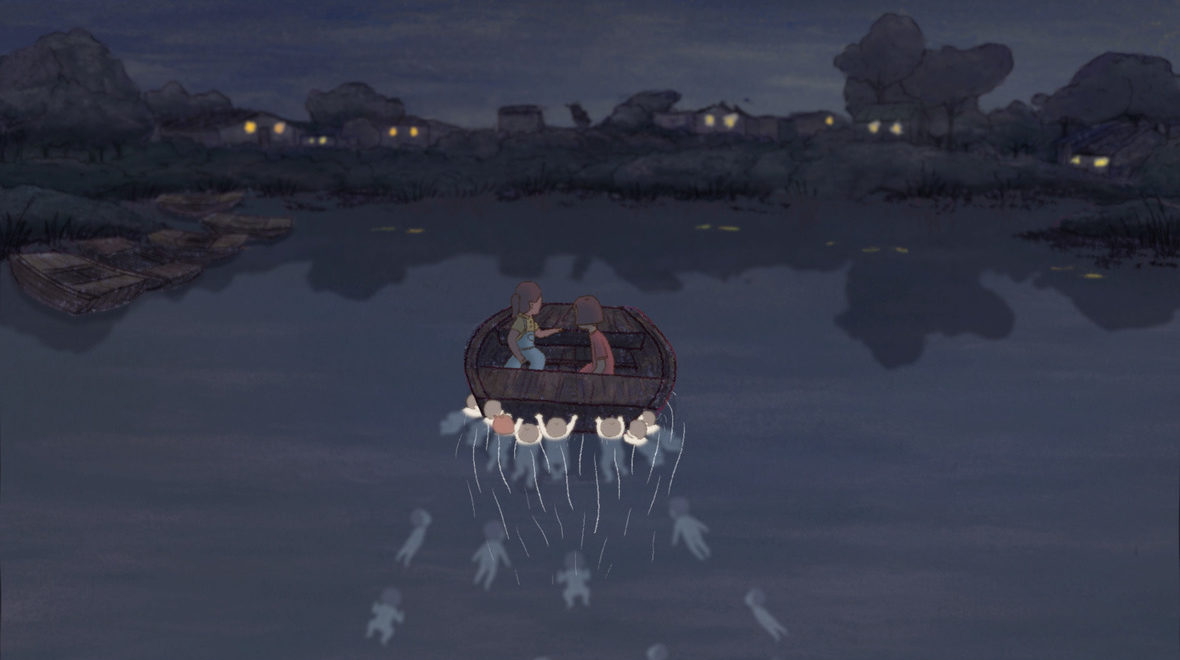 Ma believes that animation is a medium that can feel detached from reality, which can be a perk in that it allows for audiences to digest what may otherwise seem overly graphic or repulsive. “For example, if I wanted to show a baby’s lifeless body, that’d feel too much in a normal film,” Ma says. “If the same idea shown in an animation, audiences will be more willing to view it, and in accepting it, they accept the reality that I want to confront them with.”

Ma sees animation as a medium of endless possibilities, but this can be both beneficial and detrimental. Ma believes her films have been received so well because she places a lot of importance on establishing a clear narrative. However, despite her success with more narratively driven works, she’s also keen on treading into unexplored creative territories with animation going forward. This year, she will be releasing an experimental film that blends real footage with animated scenes. The film will be played alongside a live, improvised score.

For Ma, the river stretches forth far into the horizon, and there’s still plenty of sights to soak in as she continues down its waterway. Oar in hand, she’s excited to see where it’ll eventually take her. 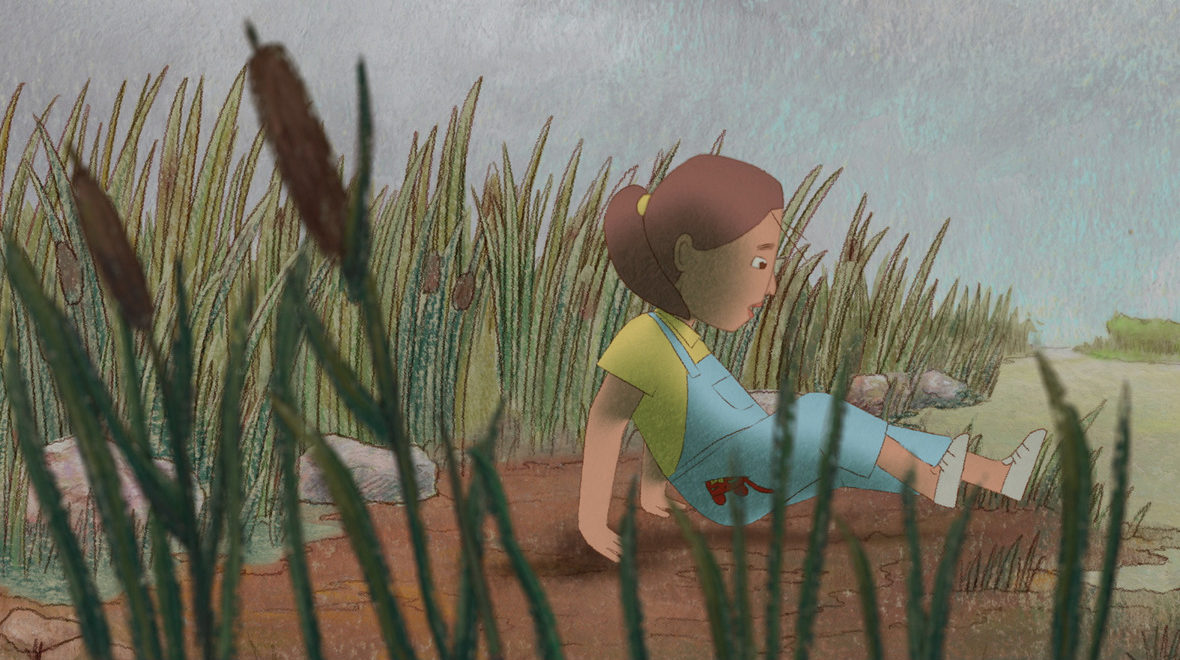