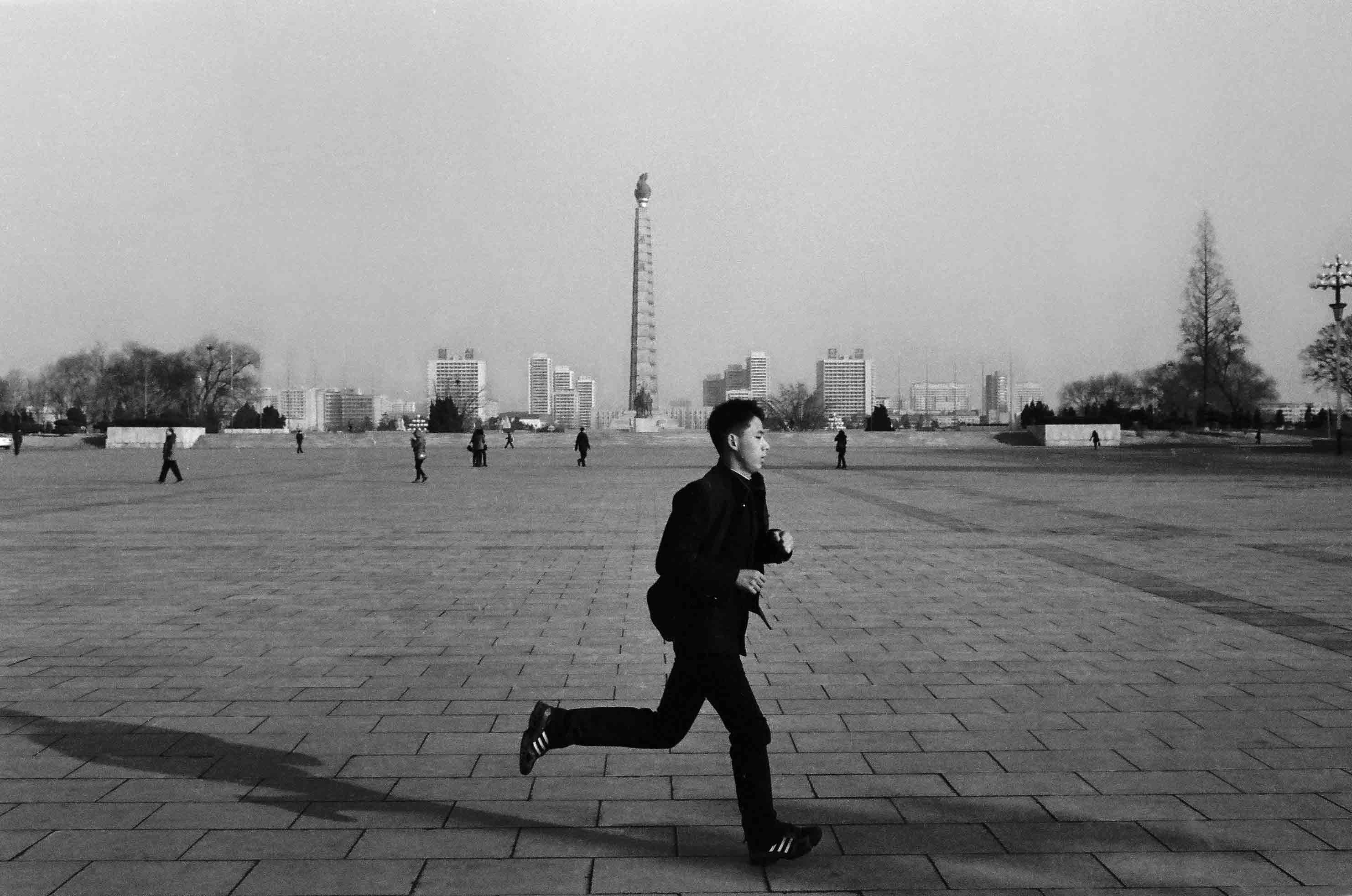 Situated in the Liaoning province, Dandong is China’s largest border city. It sits along the banks of the Yalu River, a waterway that acts as a natural border between China and North Korea. Zhou Yue, a photographer born and raised in Dandong, found himself insatiably curious about North Korea, a country that was so close in proximity yet so utterly unfamiliar to him. This led Zhou to venture across the border and shoot the photo series Crossing the River. Equipped with multiple cameras, a cell phone, and a film camera (which would be less likely to be inspected and confiscated), Zhou photographed the series over three separate trips. 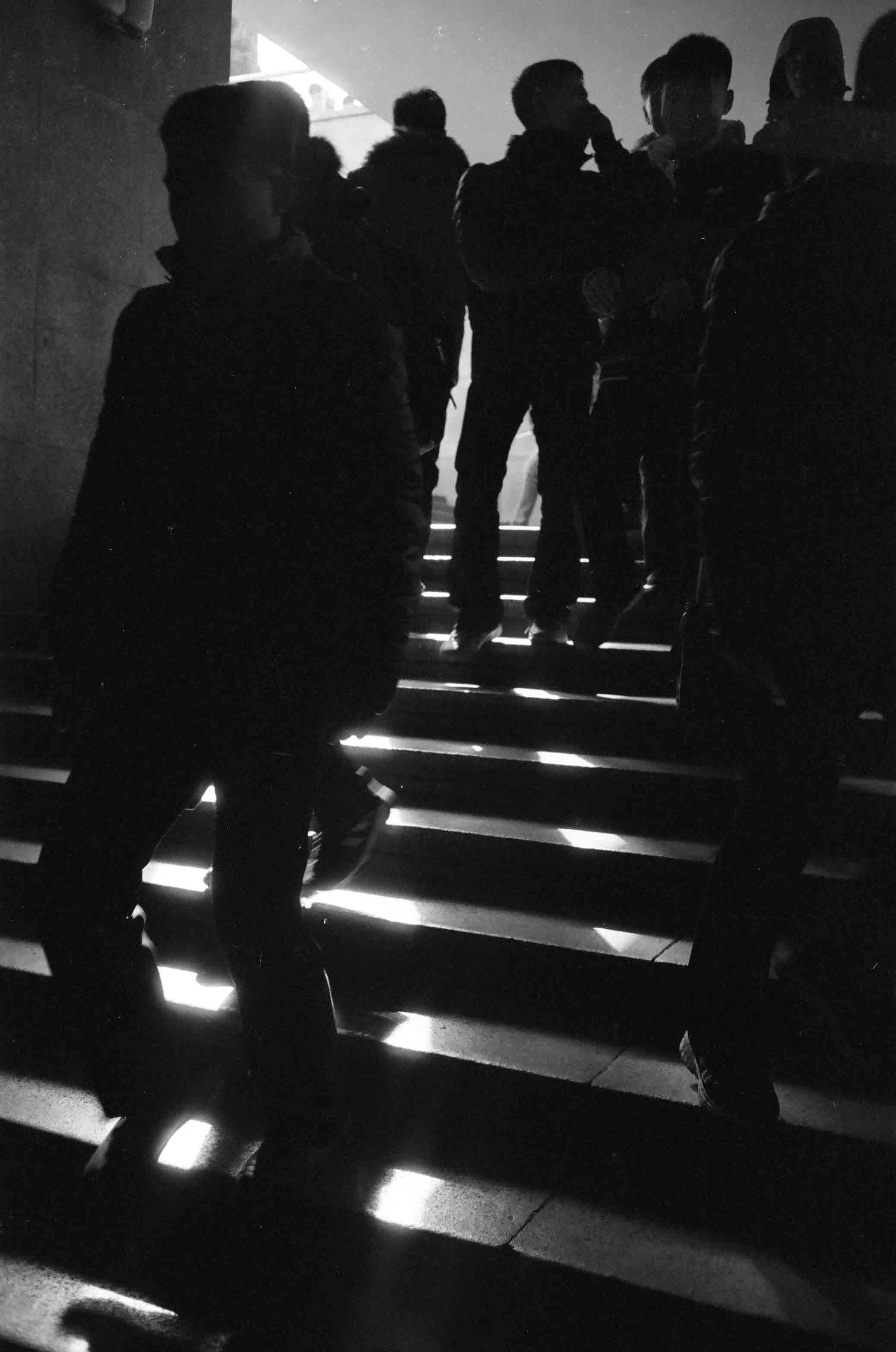 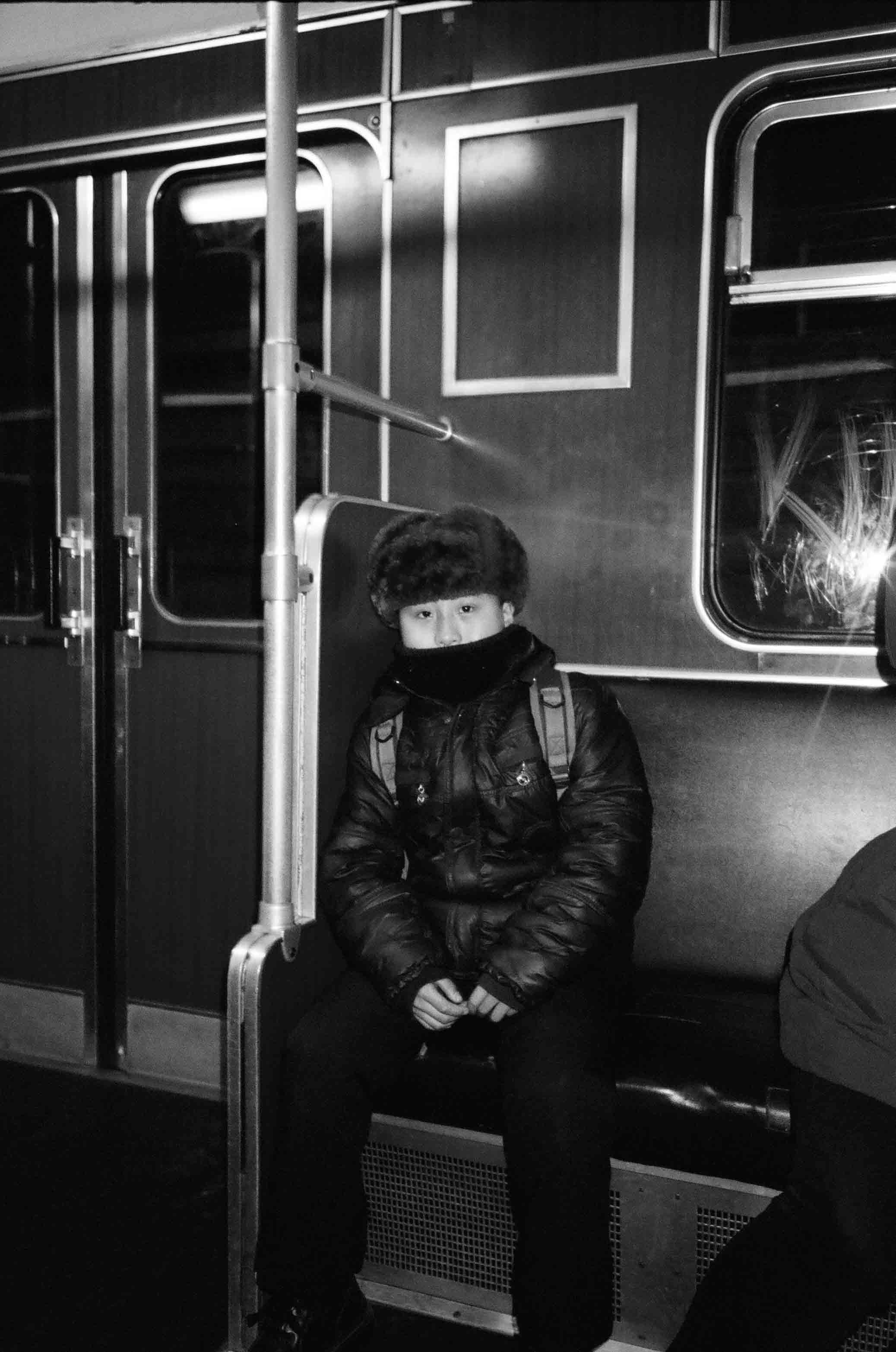 “It’s something that I had to photograph. It was a story I just had to tell,” Zhou tells us.

Having lived in Dandong since he was a child, he often brushed shoulders with the city’s North Korean population, whether in restaurants or on the street. However, Zhou found that it was extremely difficult to communicate with the North Koreans who were permitted in his city. Musing over his interactions with North Korean visitors over the years, Zhou ponders, “What kind of a weakness needs to be hidden away so deeply, that even a simple ‘hello’ can be interpreted as a severe transgression?”

To find answers, he began planning his visit. Even though North Korea was directly across the river from Dandong, Zhou was not able to enter directly – instead, he had to register as part of a tour group to set foot inside of the country. His tour group would be observed by two guides at all times, making it difficult for Zhou to photograph freely.

“Because almost all of the photographs shot in North Korea are inspected, I brought along a film camera, so that my film photographs would be more difficult to inspect,” he shares. “I couldn’t take photographs too conspicuously, and I often needed to stray away slightly or walk slower than my tour group in order to make the most out of my time there.” 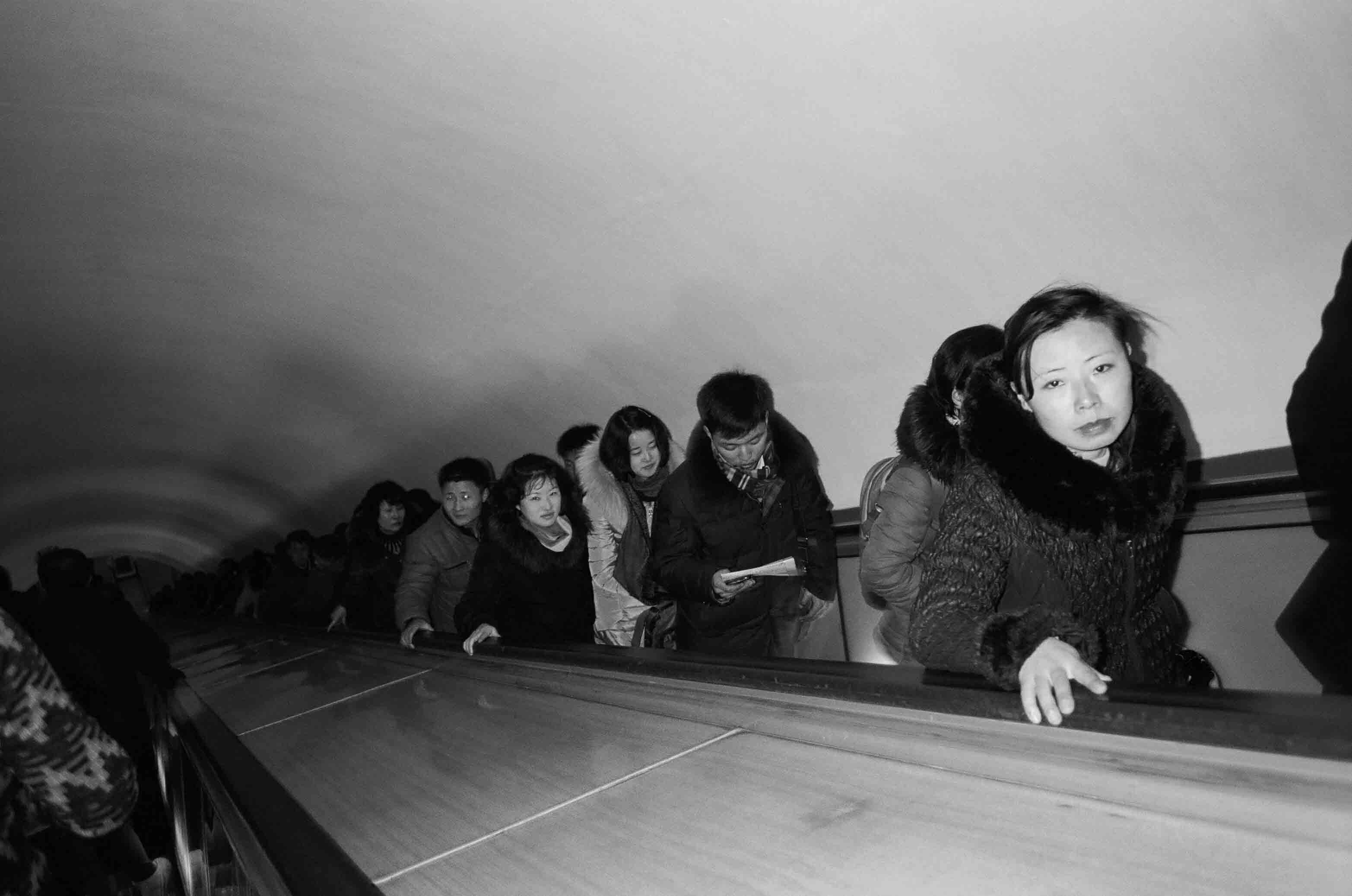 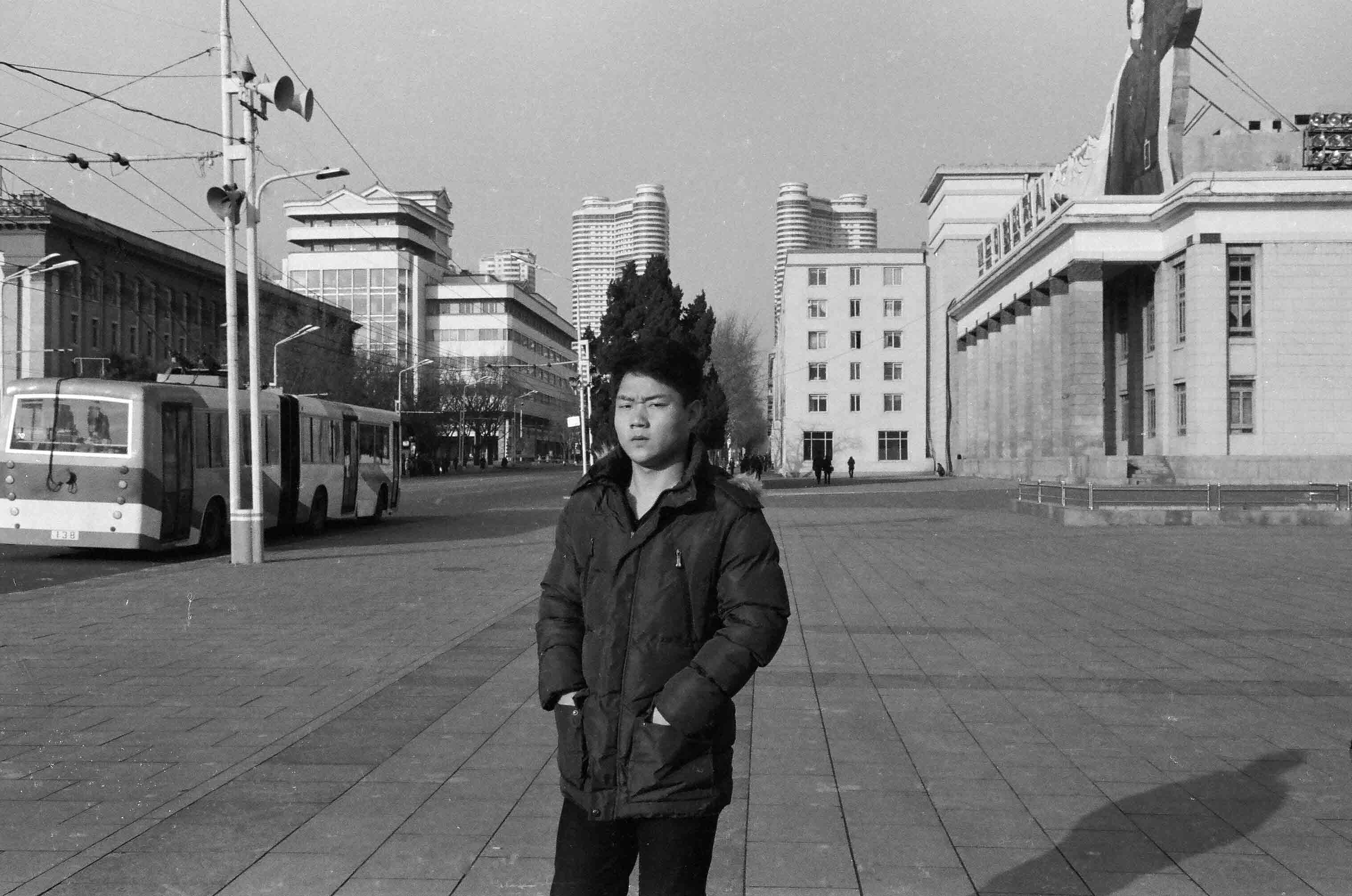 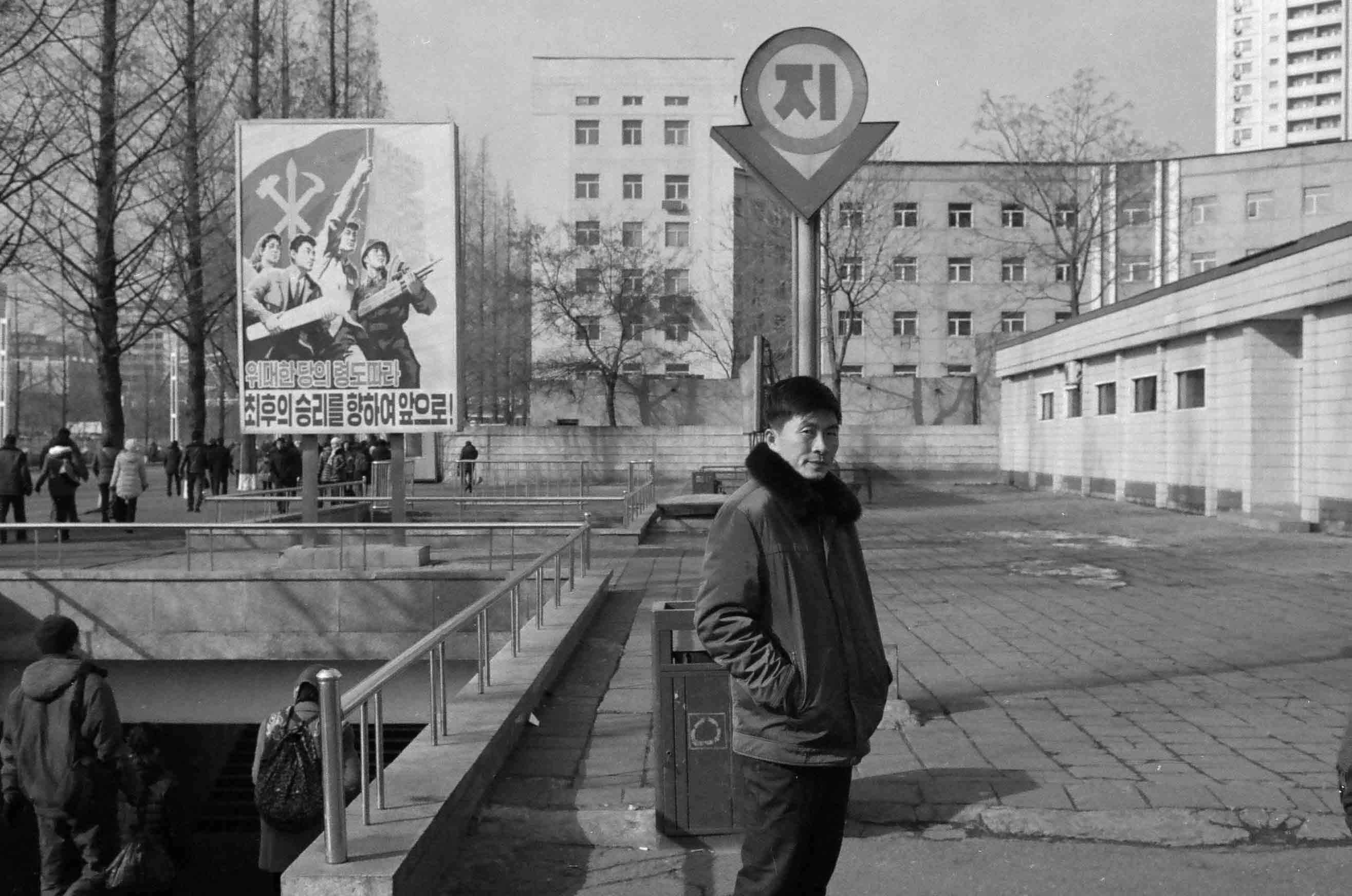 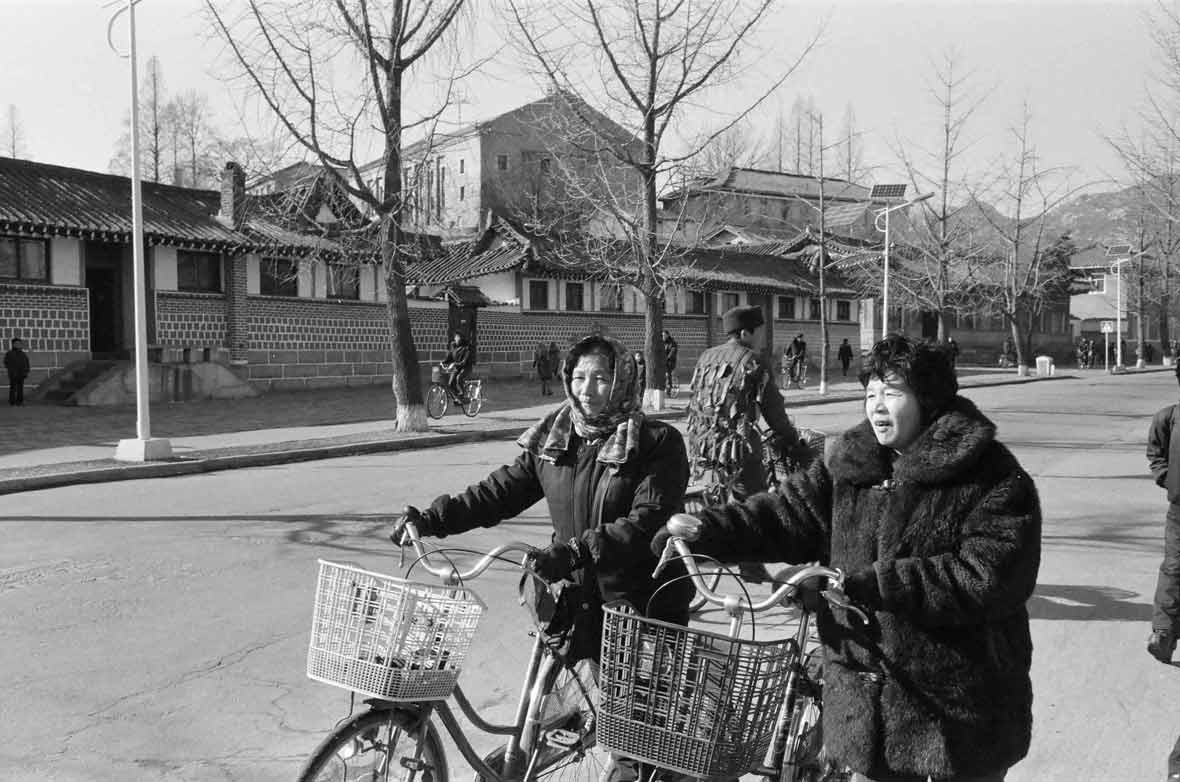 “Crossing the River has more of a focus on propaganda rather than the country of North Korea as a whole,” Zhou explains. “Everywhere you looked, there were huge slogans, murals, and statues that towered in contrast to human scale. According to my understanding, North Korea is the only kind of country in the world that still disseminates information in this way, and there’s not much diversity of information in the country. Because of this, it was interesting for me to document the relationship between the country’s propaganda and its people.” 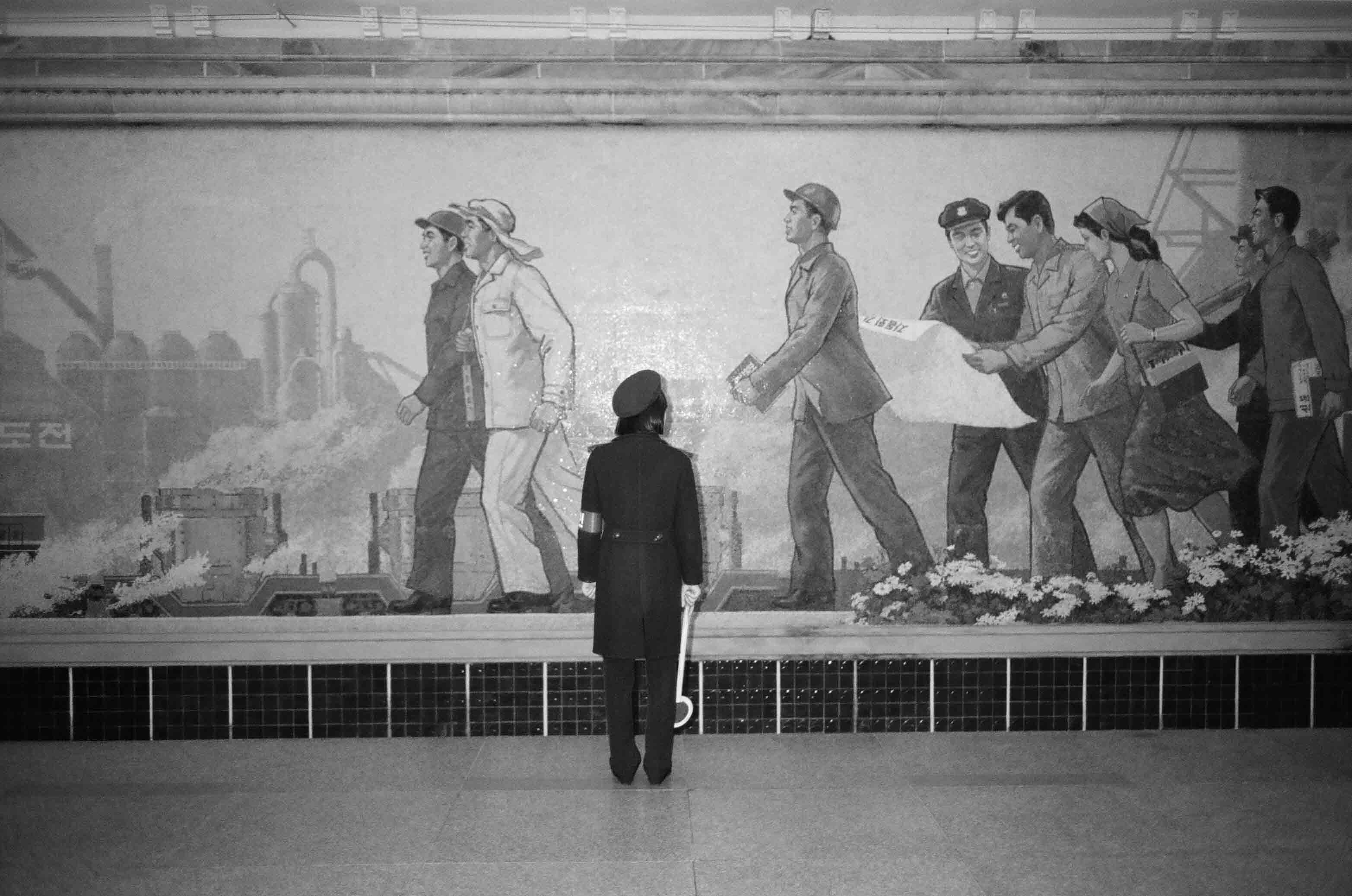 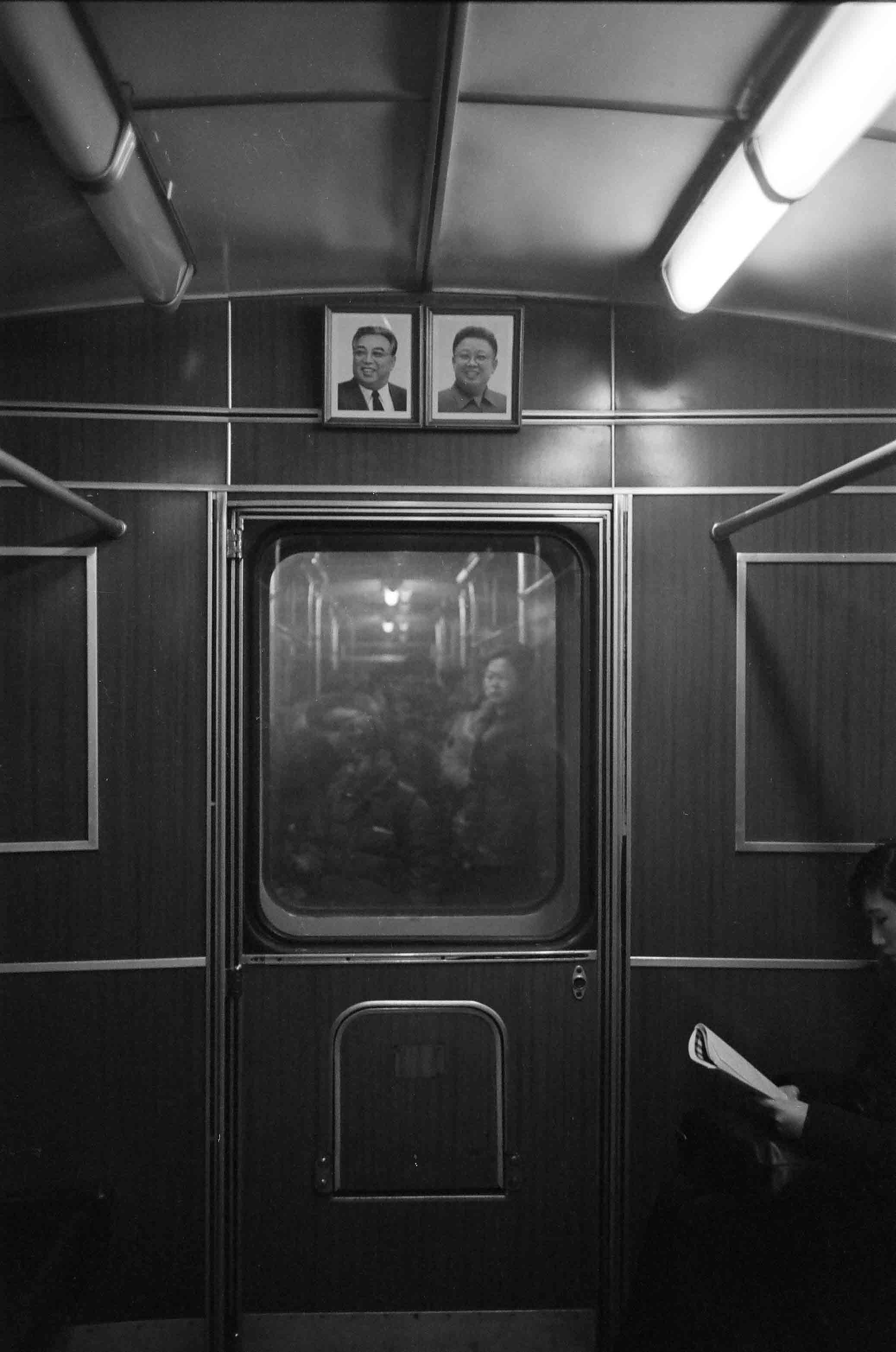 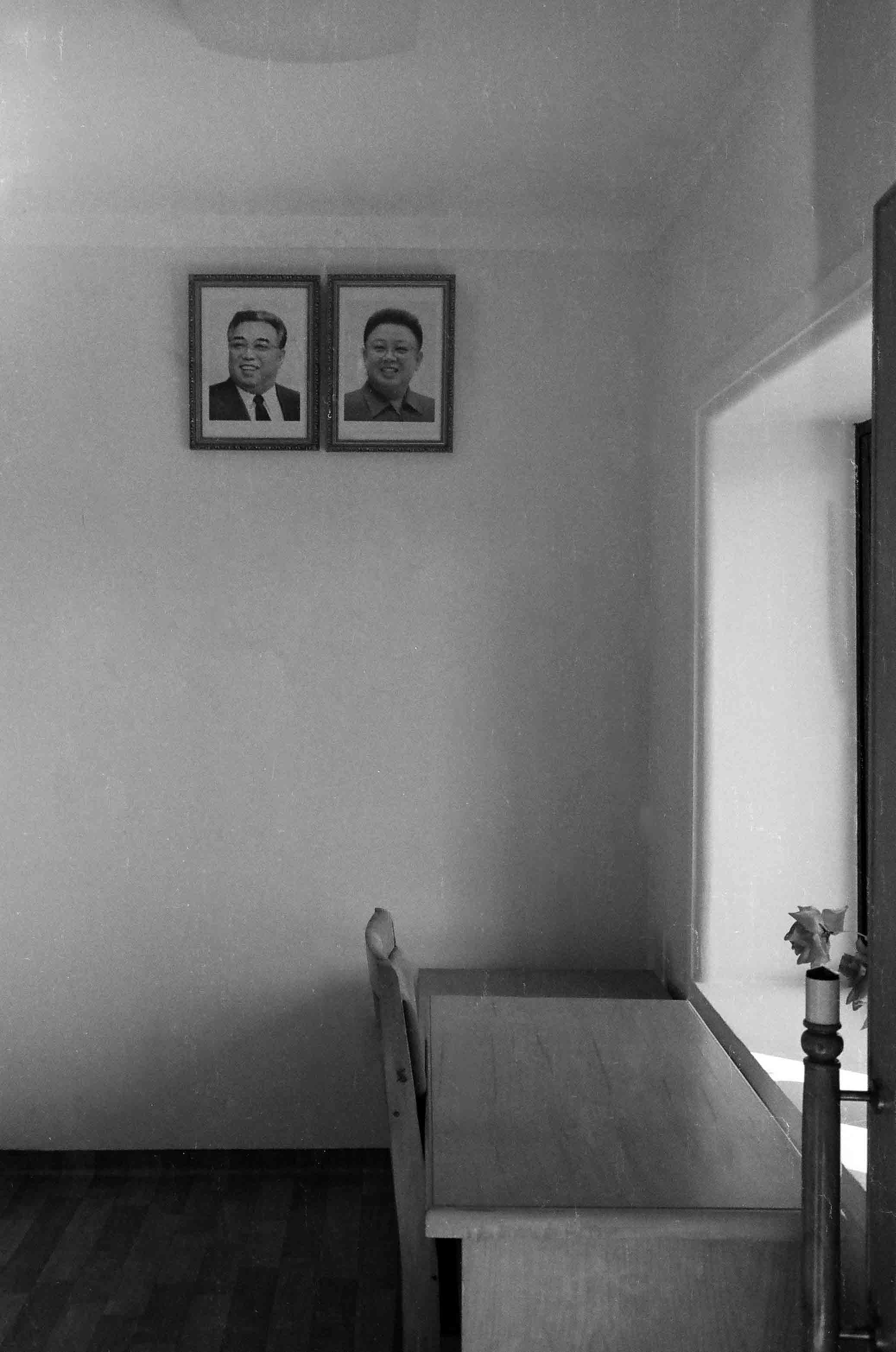 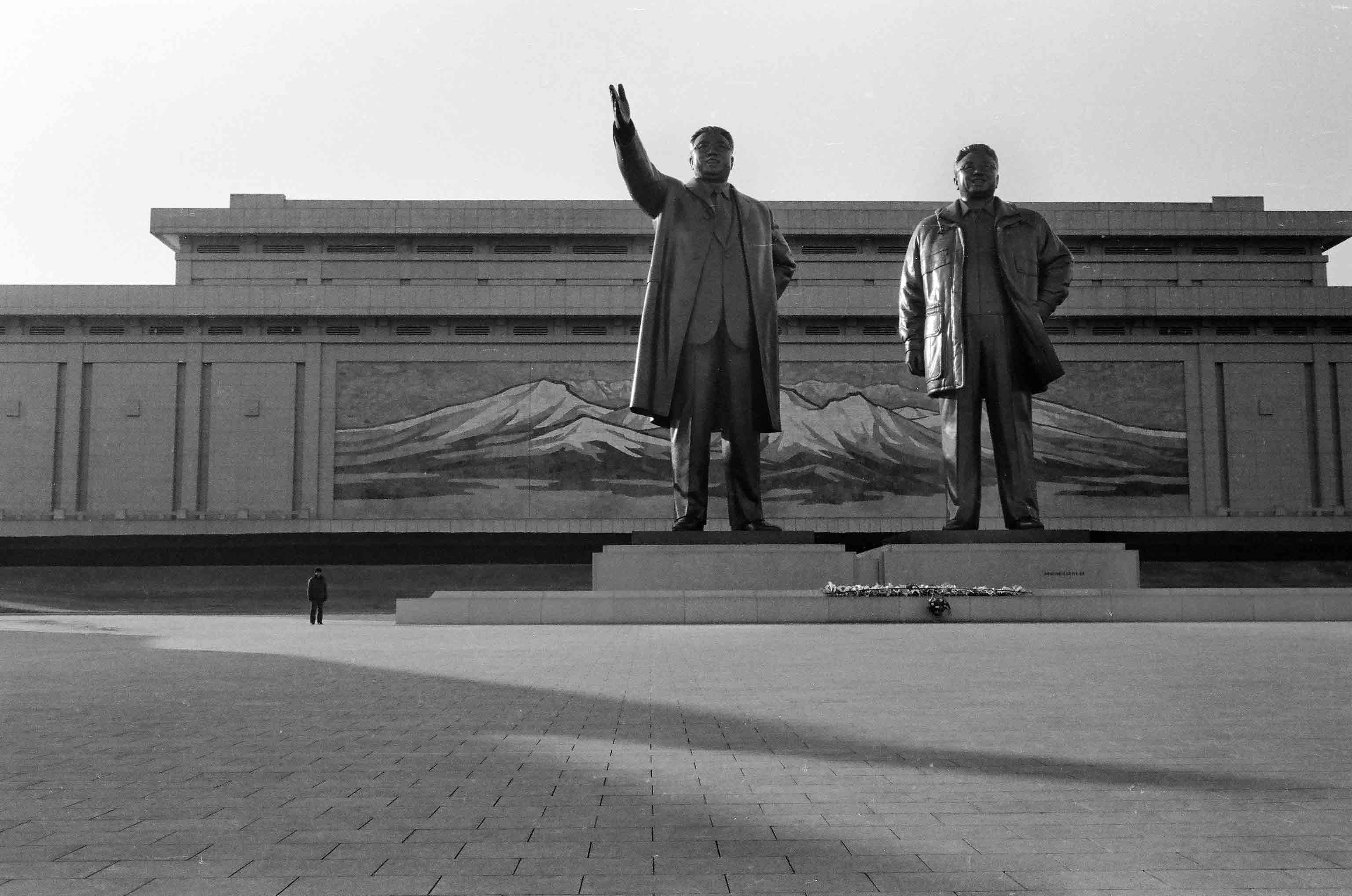 It was a purposeful decision to present Crossing the River in black and white. Zhou felt the series would be best displayed in grayscale as to express a similar sense of detachment from reality that he had experienced while in North Korea. The black and white also makes it difficult to identify when the series was actually shot, lending the images a feeling of timelessness.

In mainstream media, North Korea is often presented through a lens of bias, often being the subject of ridicule or vilification. Zhou hopes that his work can maintain a detached objectivity, which is why many of his images are composed in a straightforward manner with a wide angle – similar to the perspective of a surveillance camera. “I just want to put things on display,” he explains of his photojournalistic approach. “I don’t want to add my own ideas or interpretation. Not only for Crossing the River, but for all of my works.” 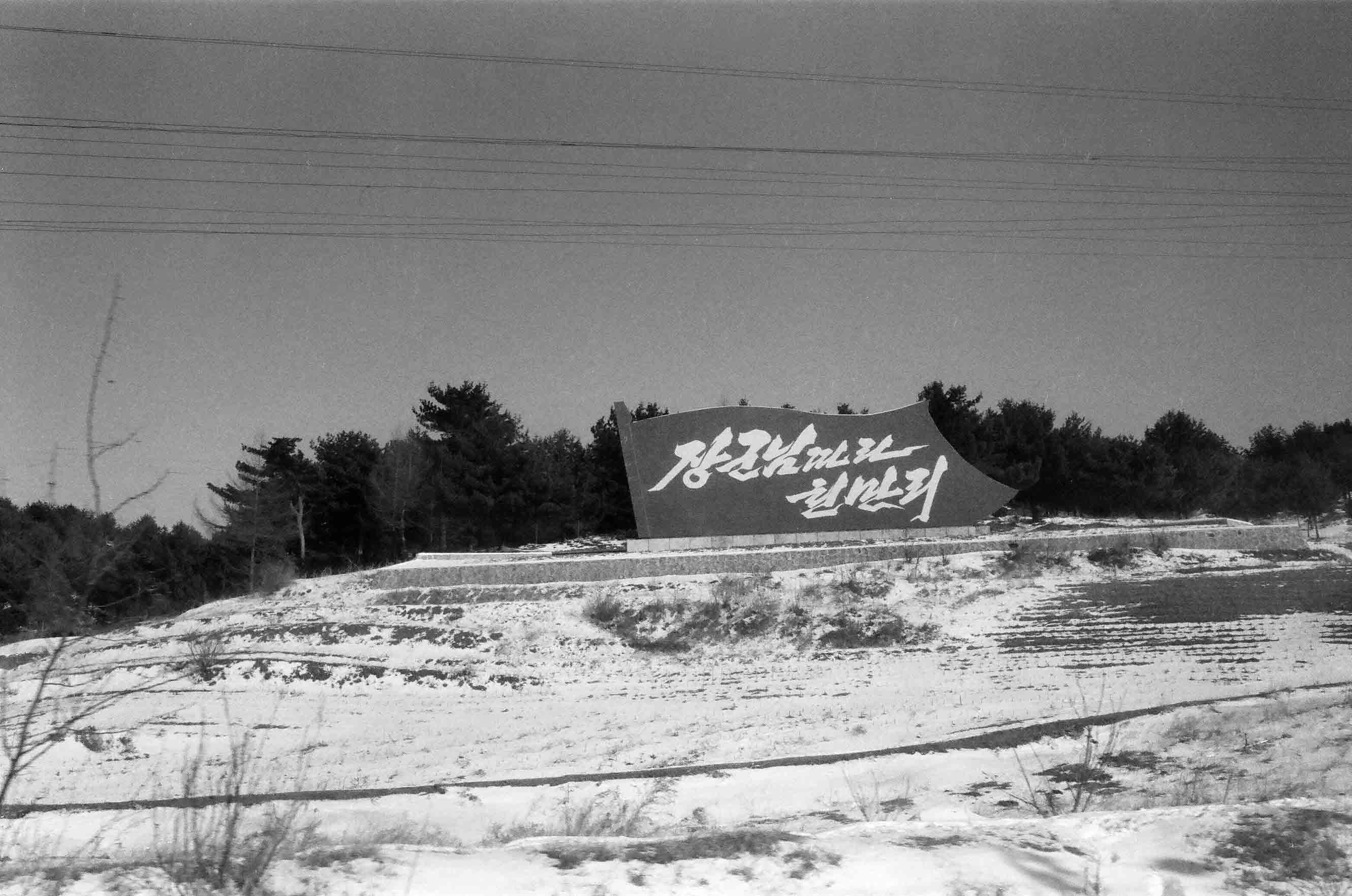 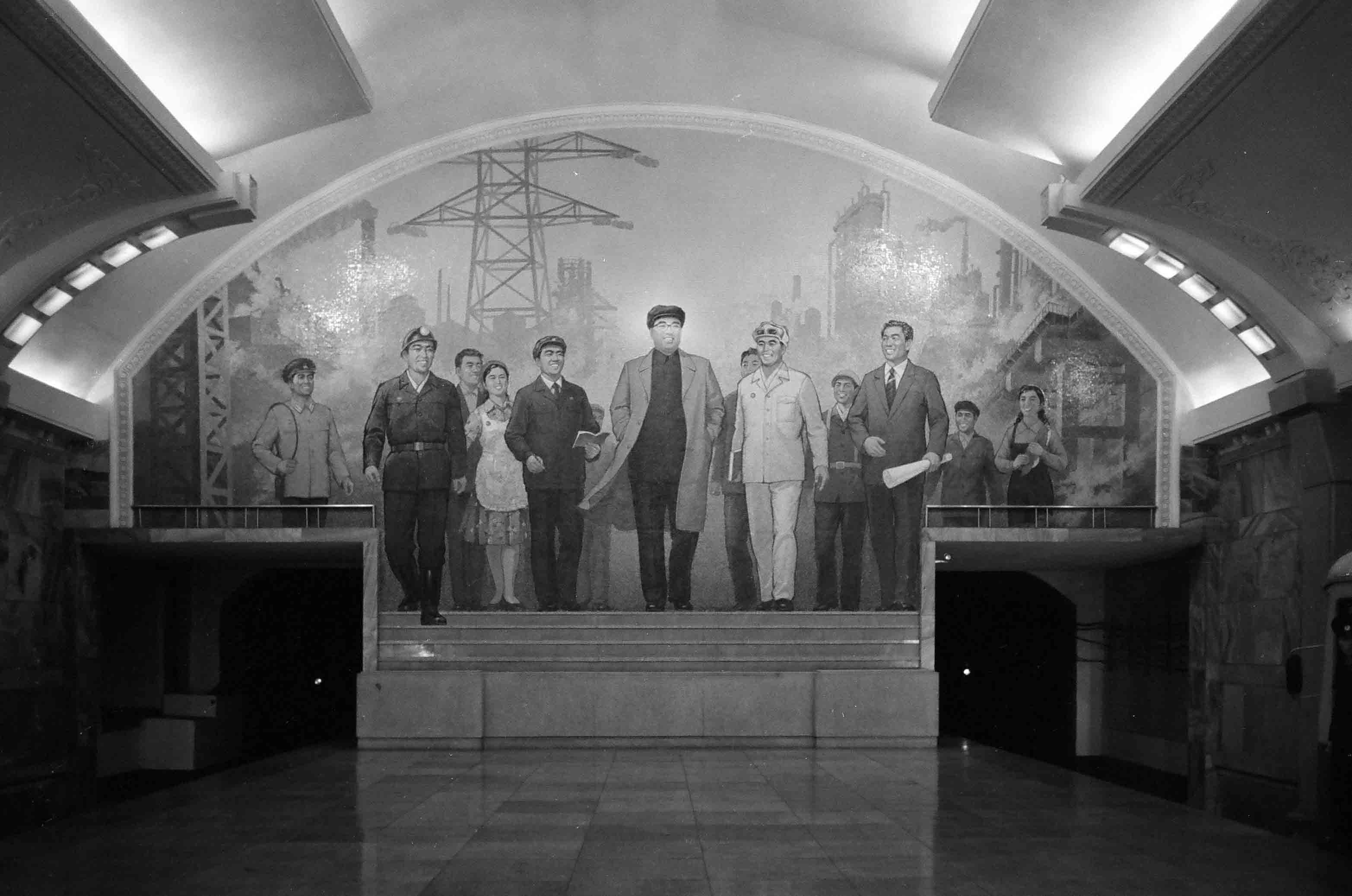 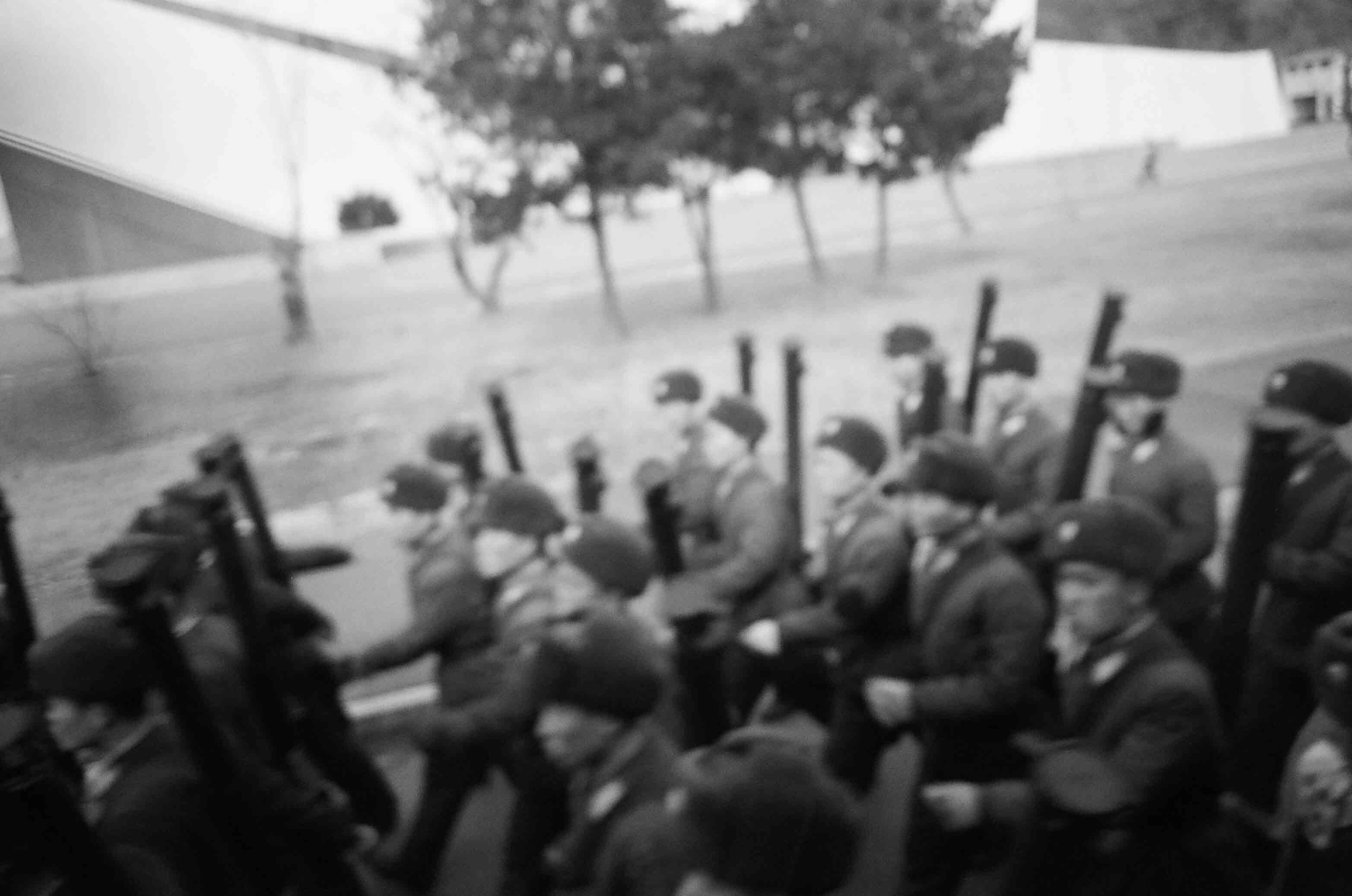 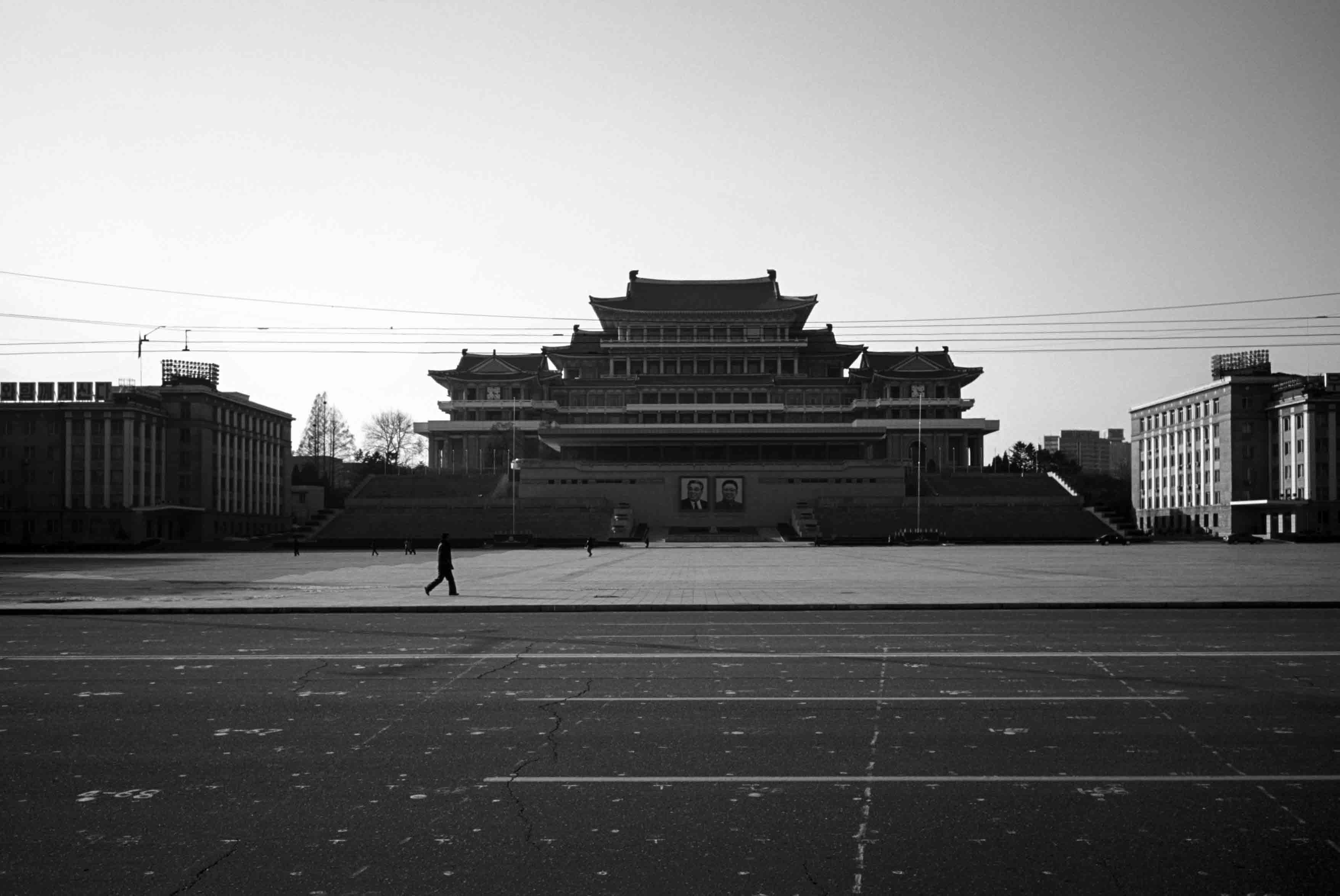 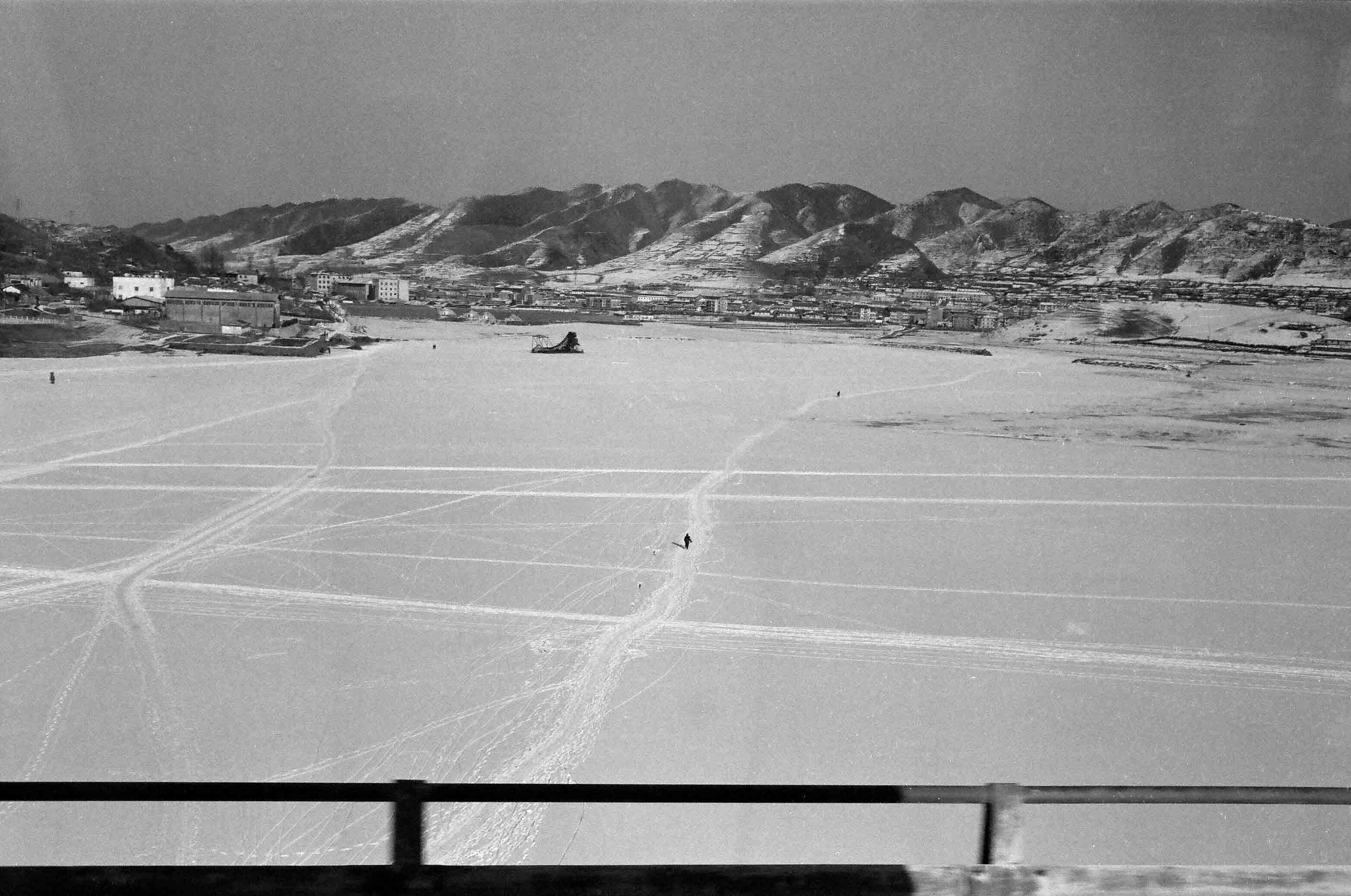