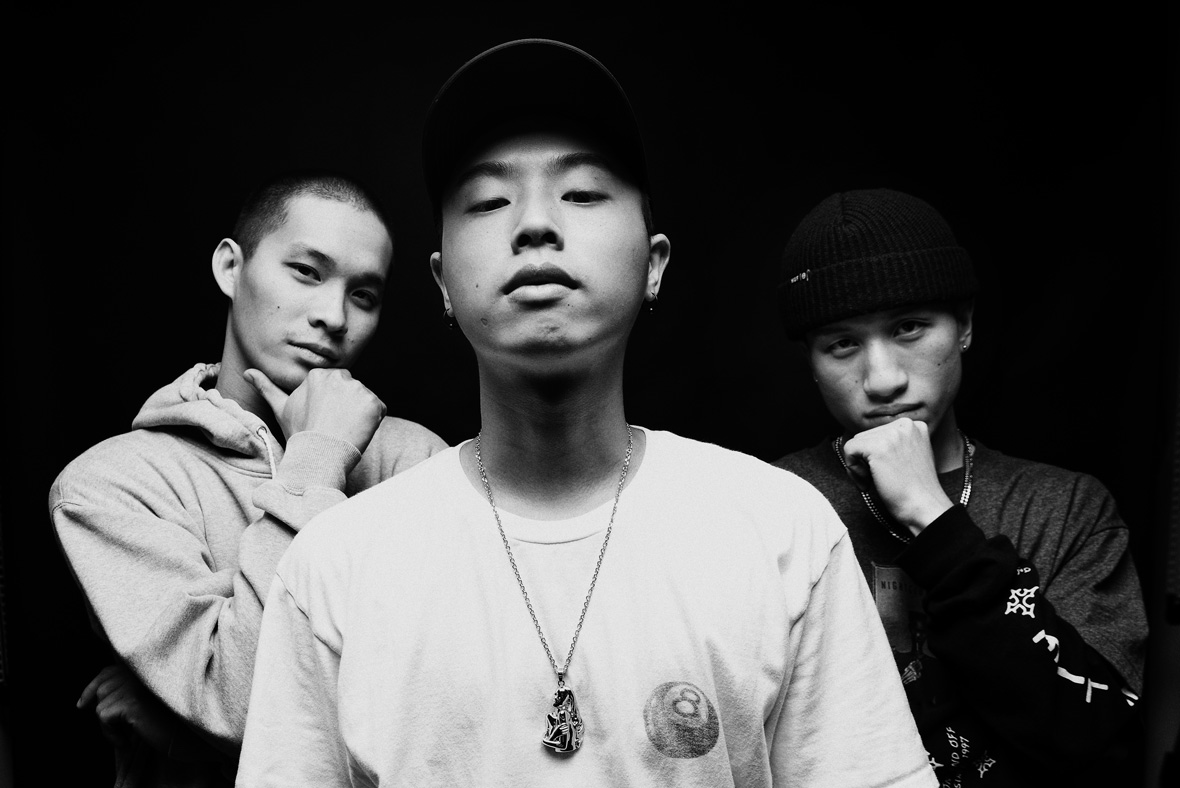 “We rap about our lives, real life. We don’t talk about being rich or anything like that,” How-Z says. “We’re just honest. If we don’t have any money or girls, that’s what we’re going to rap about.” His friends BatOne and RedLee both laugh. They’re all crammed together on a train station bench in Taipei, leaning into How’s phone for our video chat as commuters filter hurriedly by all around them. This is 8Ball, the Taiwanese rap trio. 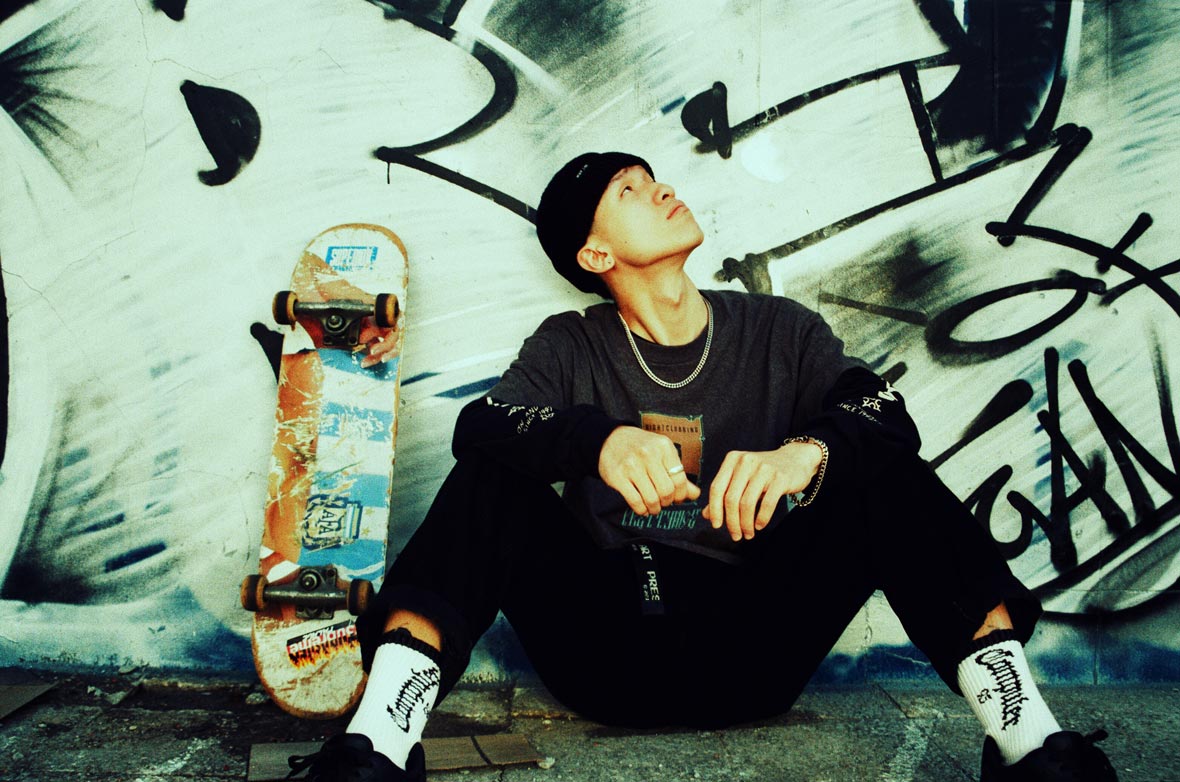 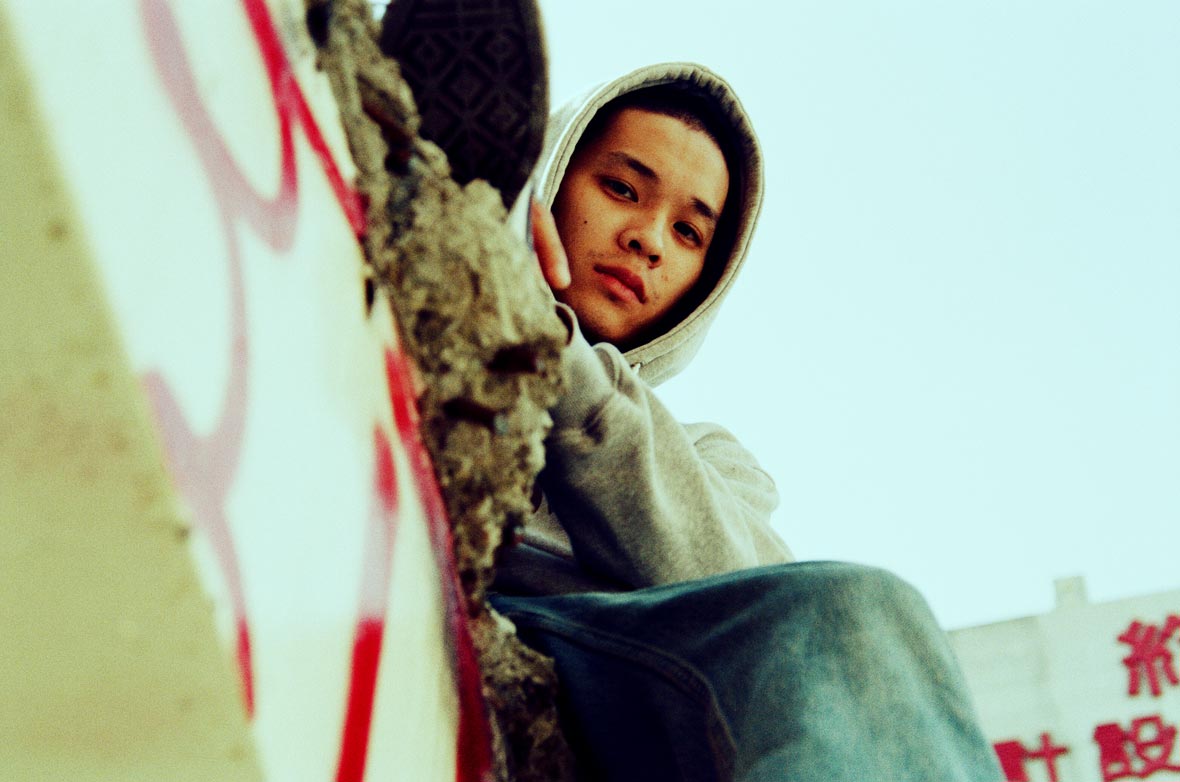 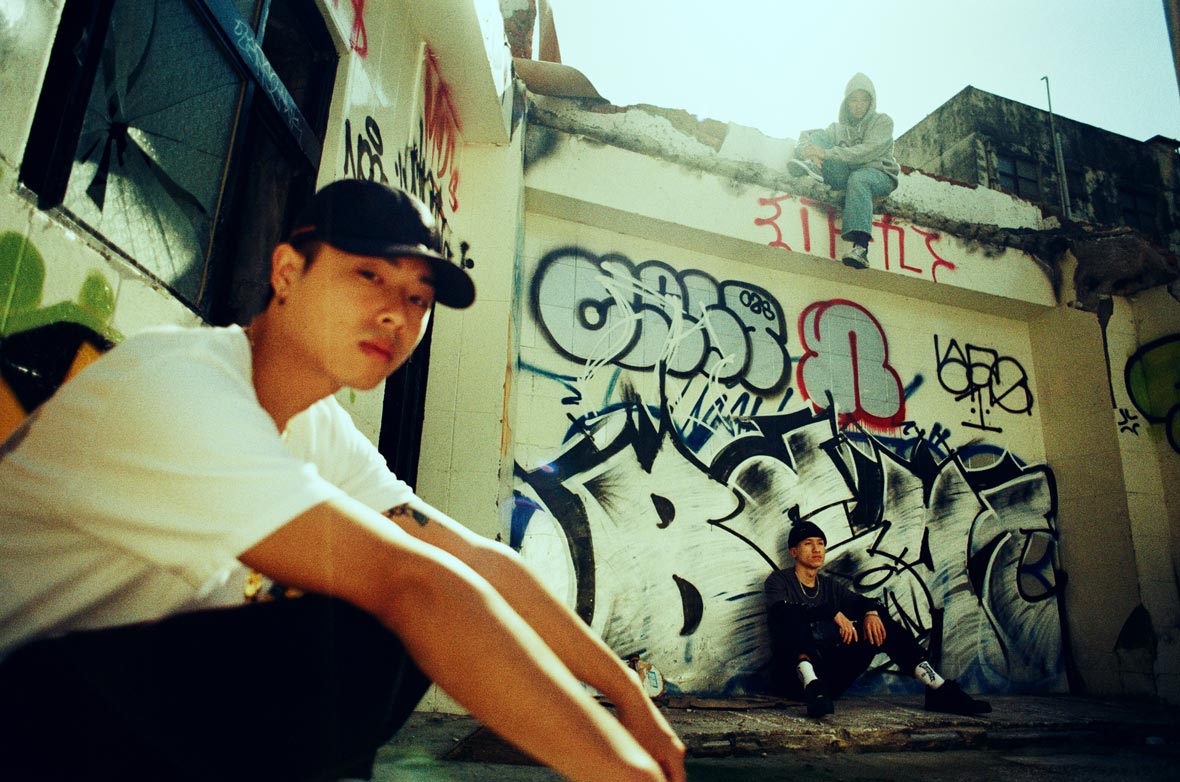 Those commuters’ indifference is typical—rap is still pretty underground in Taiwan, even among the kids. And Taiwanese rap, specifically, is even farther off the map. “Taiwan doesn’t want to support Taiwanese rappers, because we’re not famous or cool. They can’t discuss us with their friends,” How-Z explains, furrowing his brow in frustration under a winter cap. “Chinese rappers are way more popular than Taiwanese rappers, even here in our hometown. Higher Brothers and WILD$TYLE? They’re very famous here. They’re even more popular than American rappers.”

This doesn’t mean 8Ball doesn’t have an active fanbase. During a recent event at Kaohsiung’s Cocco & Co., as part of a mini-tour in support of their newest album, Never Too L8, 8Ball had a stylish young crowd bathed in neon lights animatedly jumping up and down, screaming the hook to their song as loud as they could. They’re also part of Brain Zapp, a popular local label. 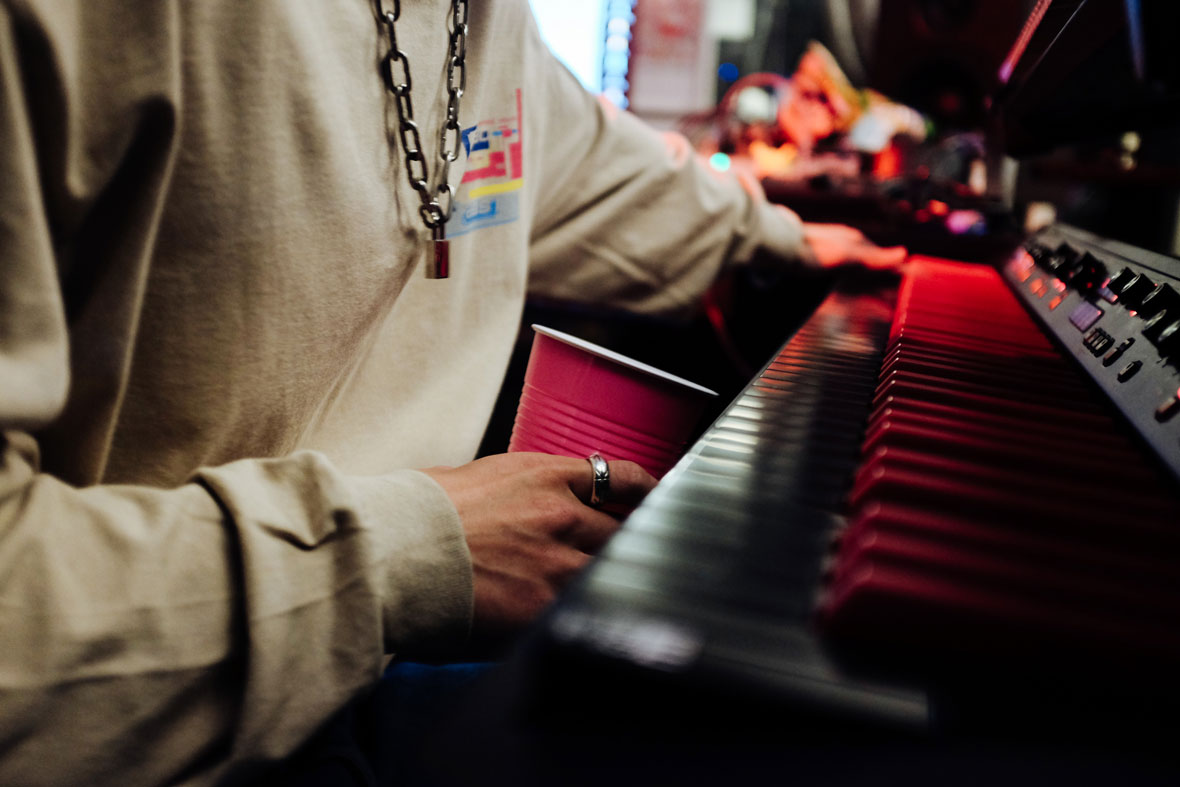 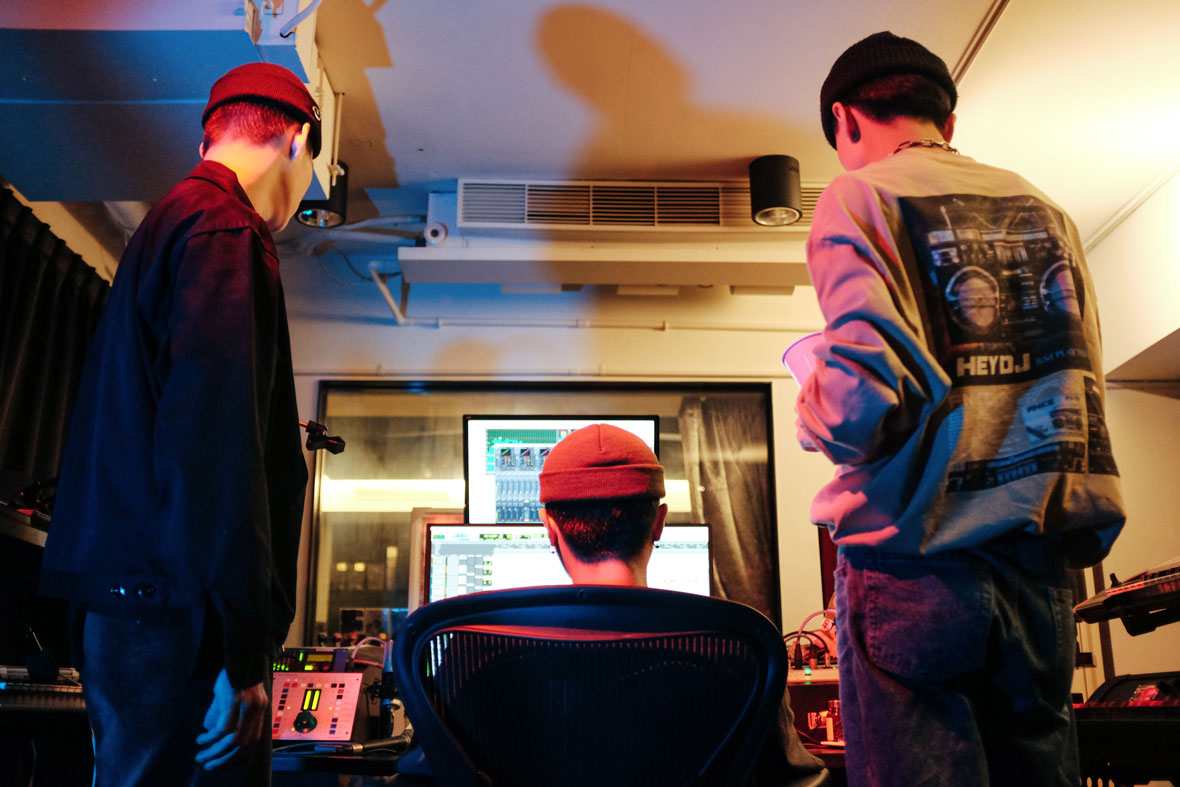 The underground nature of Taiwanese youth culture means artists form tight bonds across the borders of genre or medium. When rappers perform at nightclubs, it’s usually as part of a night featuring all kinds of music, not limited to one style. Skaters and graffiti writers also make up a big part of the scene, with lots of overlap between them. “I was originally invited to do some graffiti for one of their videos and just became a part of 8Ball after that,” BatOne says. “They inspired me to pick up rapping, and four years later I’m still doing it. Hip-hop is a big part of graffiti and skate culture here, but you don’t have to listen to hip-hop to do either.” 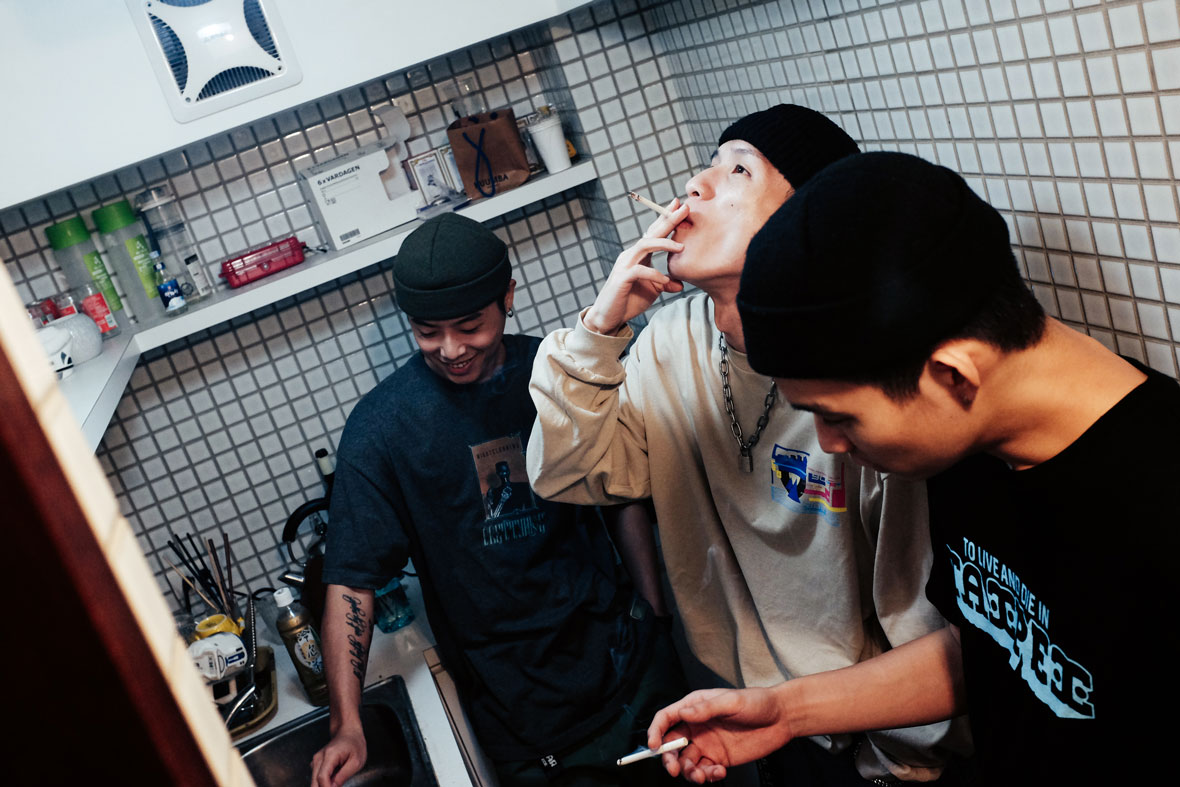 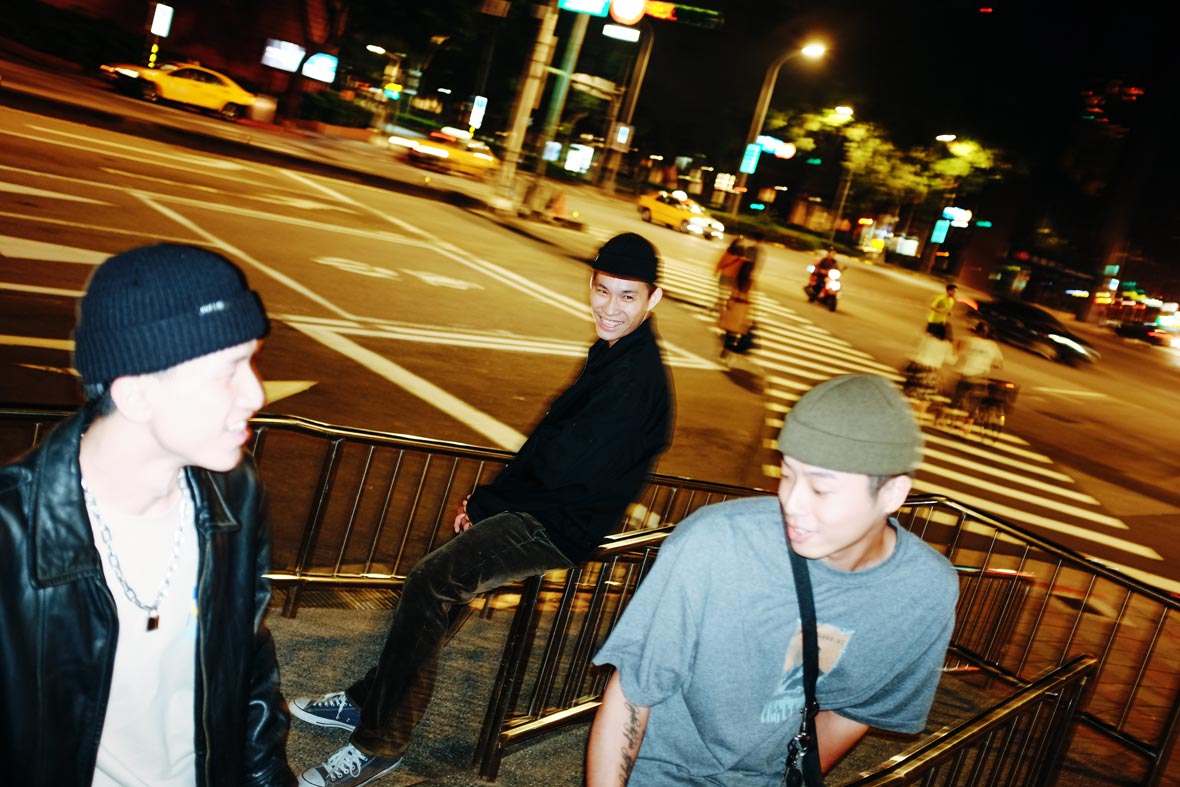 This connectivity was captured in 8Ball’s video for “Can’t Catch Me” (“你抓不到我”), which follows lone skater through the streets of Taipei dressed in all white with a backpack full of spray paint. BatOne’s verse is dedicated strictly to that graffiti life, referencing cops, beefs with other graffiti writers, and the local aerosol brand PP. “It’s not that difficult to paint in the streets here,” he says. “The police still don’t really know about it. And it’s not really a big crime either.” His parents still don’t know he does graffiti, or even that he raps. “I just want to avoid that trouble.” he laughs. 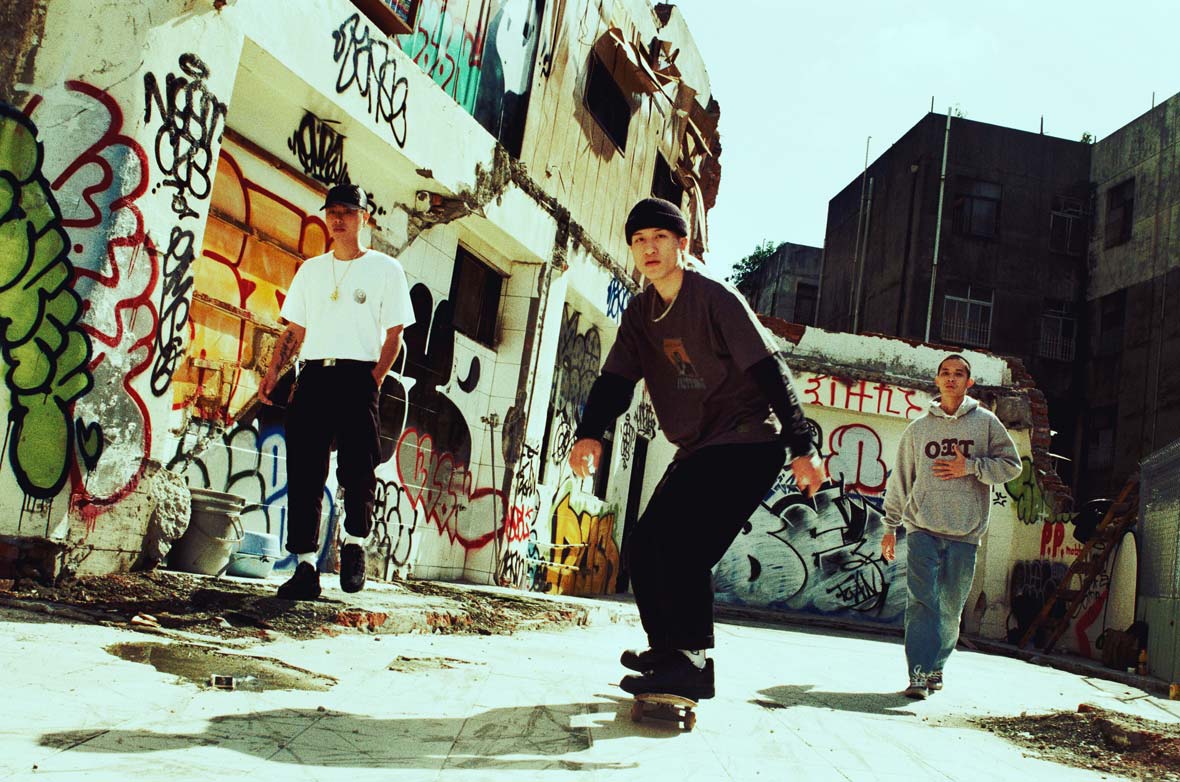 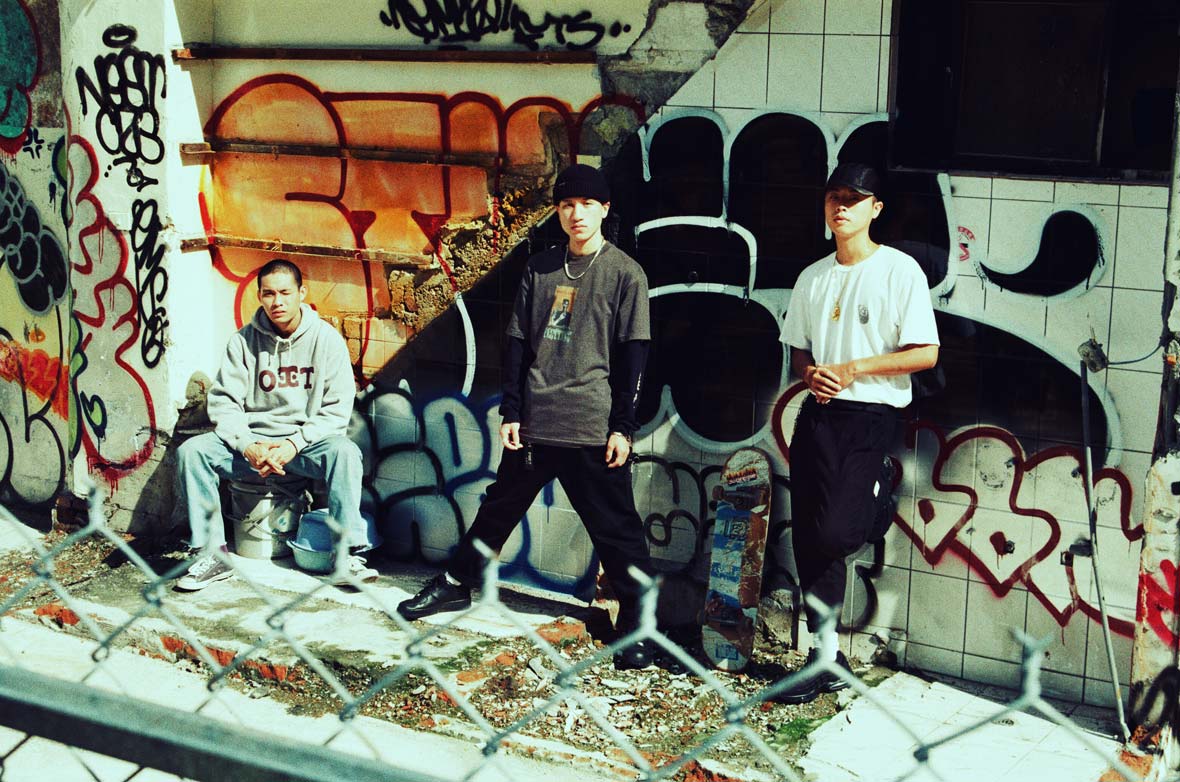